Regular User
Here is a little bundle of the other churches I visited during my time in the city. We attempted at least twice as many as we ended up being successful at, a lot of them are locked down for the time being which is actually quite nice to see that they are taking some care over securing the buildings.

Commonly referred to as simply The Hungarian Church, this beautiful building on Detroit's west side is arguably one of the most gorgeous abandoned churches in the whole city. It was originally constructed for use by the large Hungarian immigrant population in the neighbourhood and later in life found use as a Full Gospel church up until it closed in 2017.

Sadly the interior light was really very poor for photography on this day - a very early overcast morning did nothing at all to highlight the true beauty of the entirely hand painted ceiling. I would love to go back on a sunnier morning when I am next in the city to do it justice. 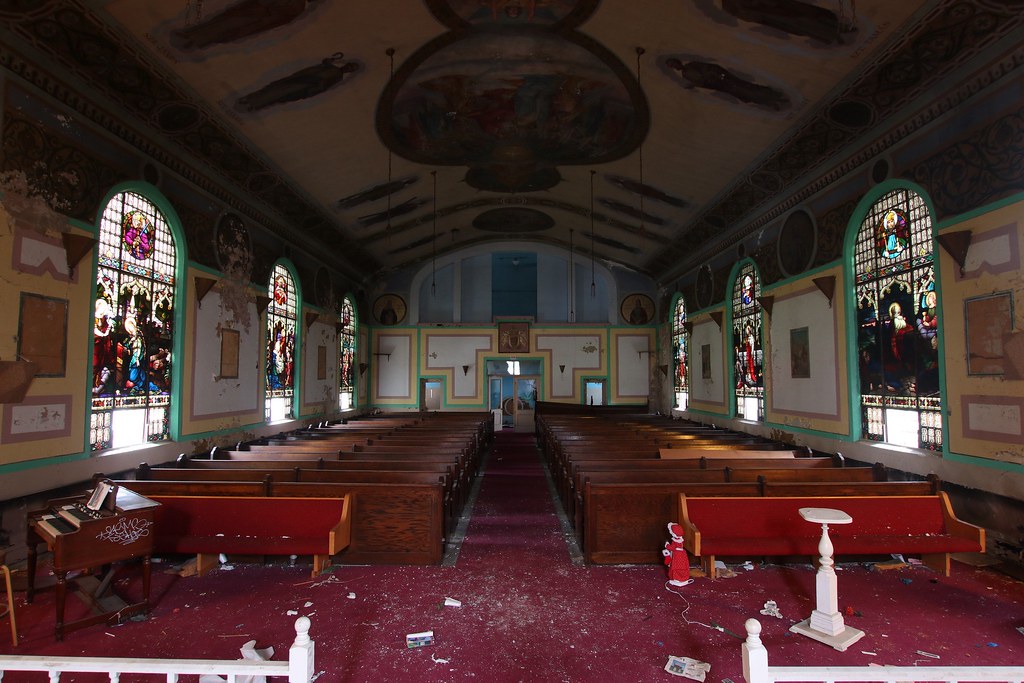 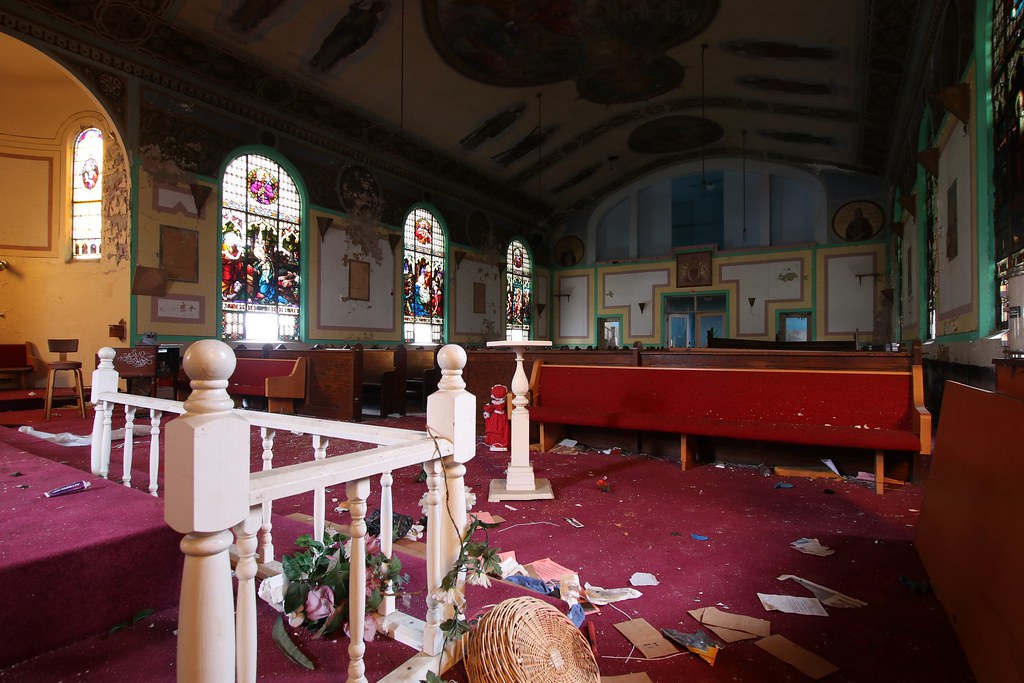 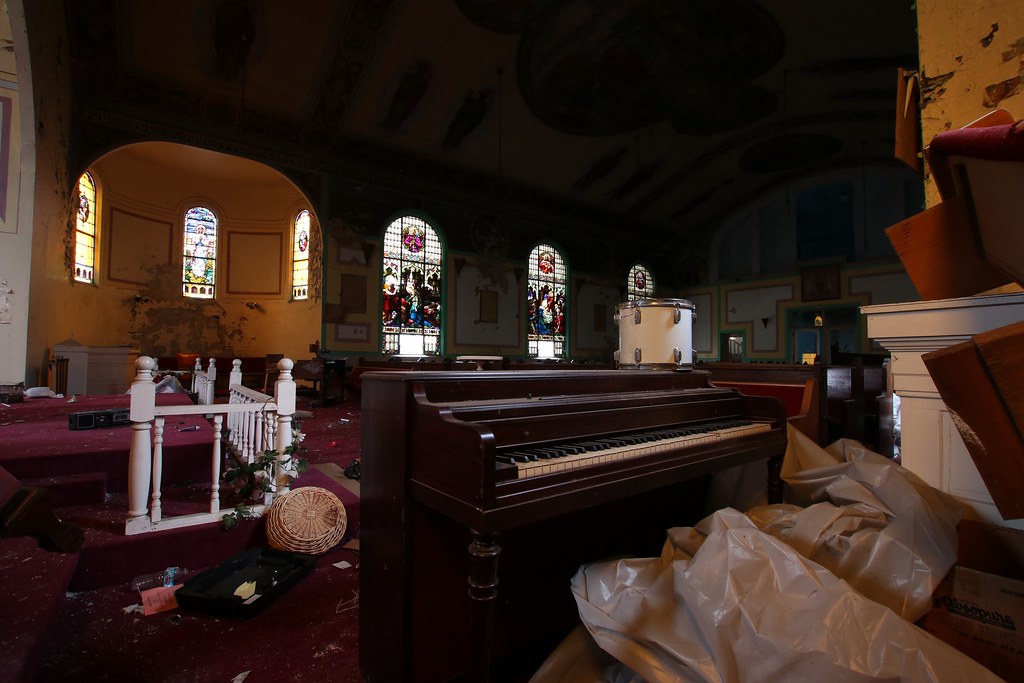 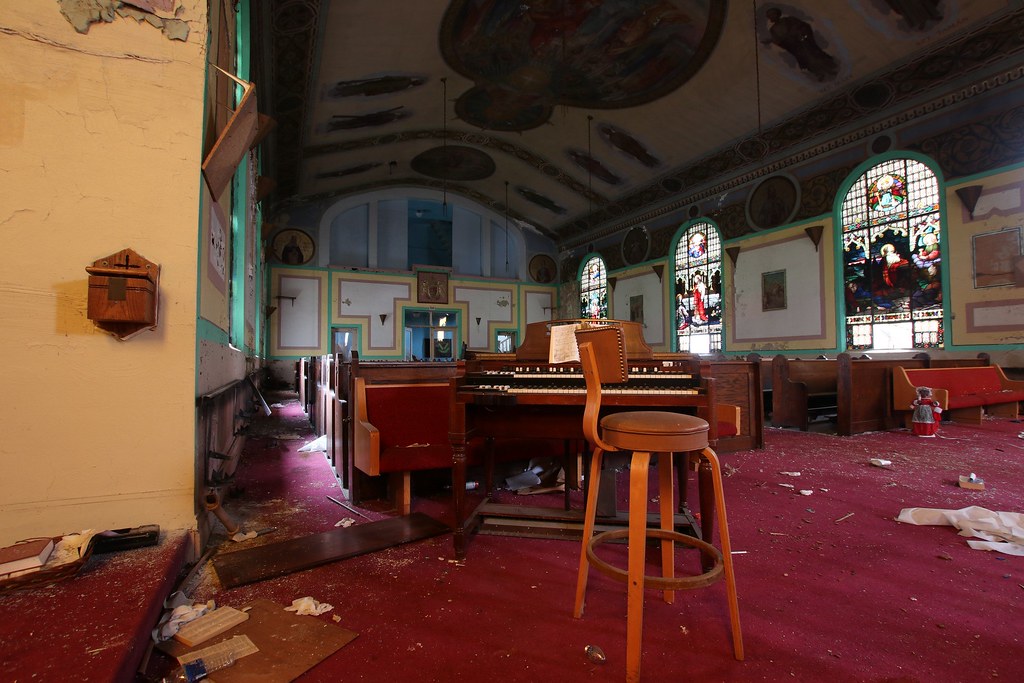 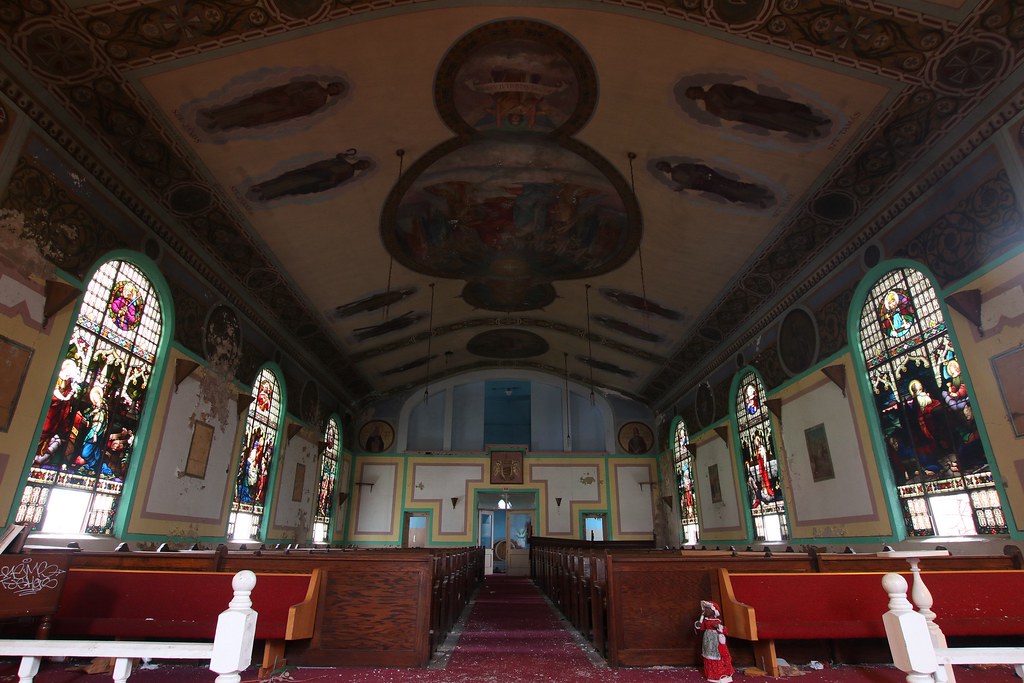 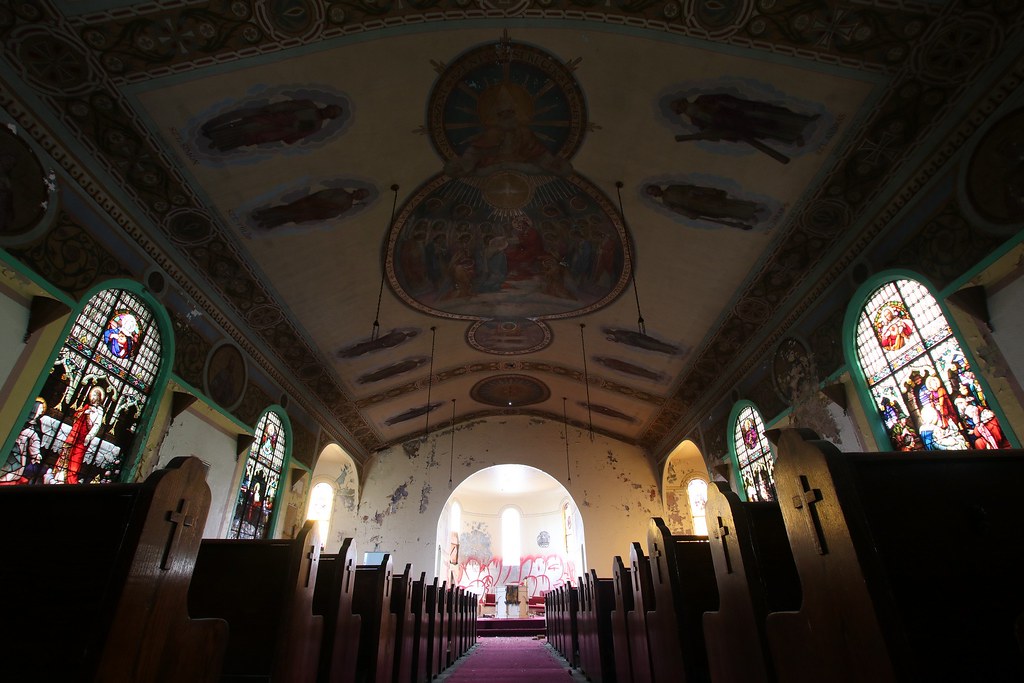 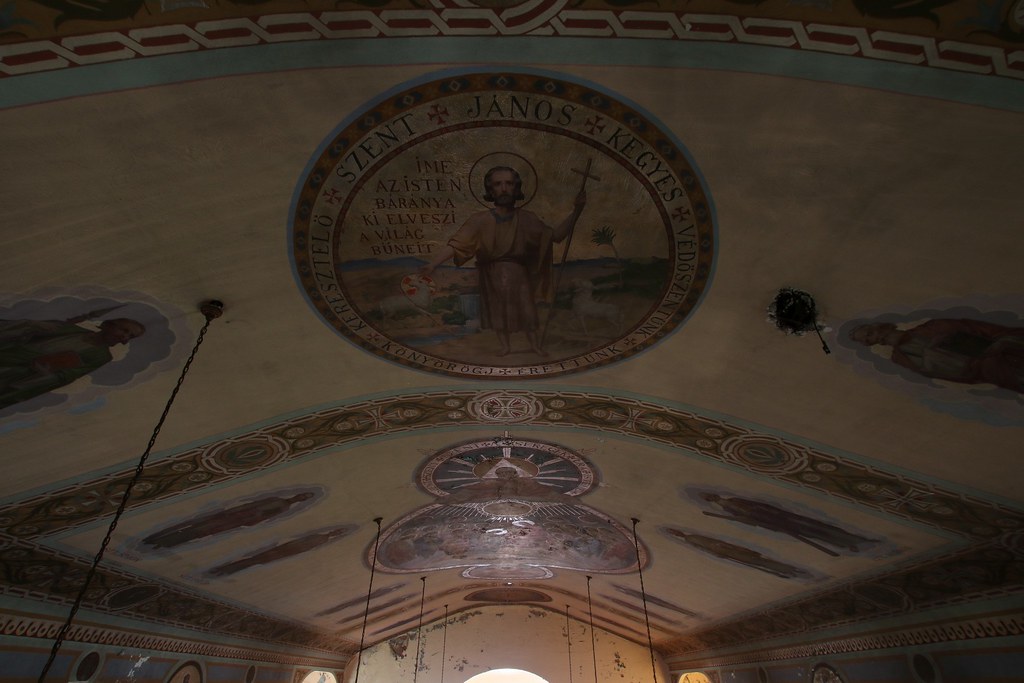 Another location I had wanted to see for a very long time. Dedicated as Fisher Methodist Church in 1910, it changed it's name to East Grand Boulevard Methodist around 1920 and carried that name for the rest of it's life. In 1926 a church house was constructed next to the church which contained a gymnasium as well as classrooms. East Grand Boulevard Methodist was dissolved in 1985 and the Second Unity Full Gospel Baptist Church moved in occupying the building until 2000, and it's been vacant ever since.

This one is in a bad way. One of the sketchiest churches I've ever been in, with rotten floors all over the place and a balcony level that is nearing collapse in a lot of areas. But still, I was glad to finally see it and get 'the' shot I had wanted for so long. 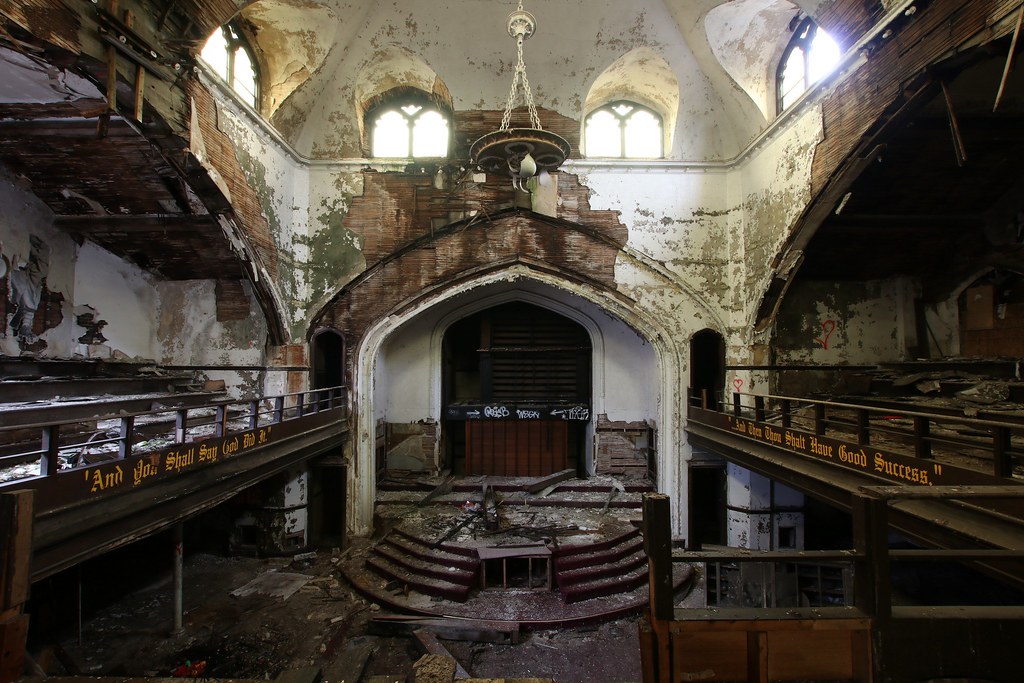 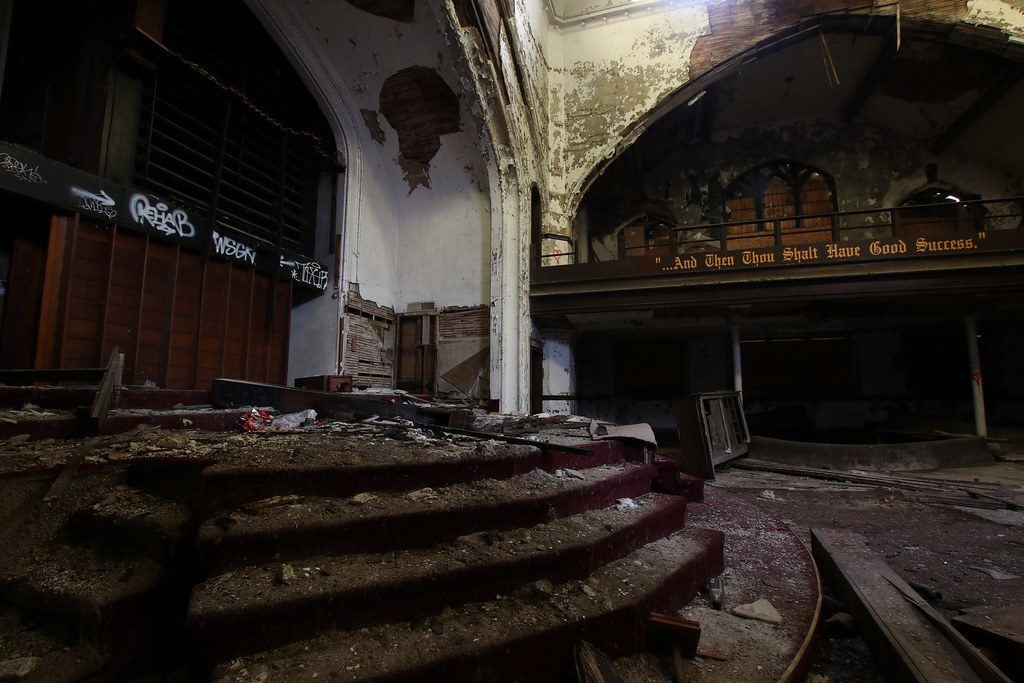 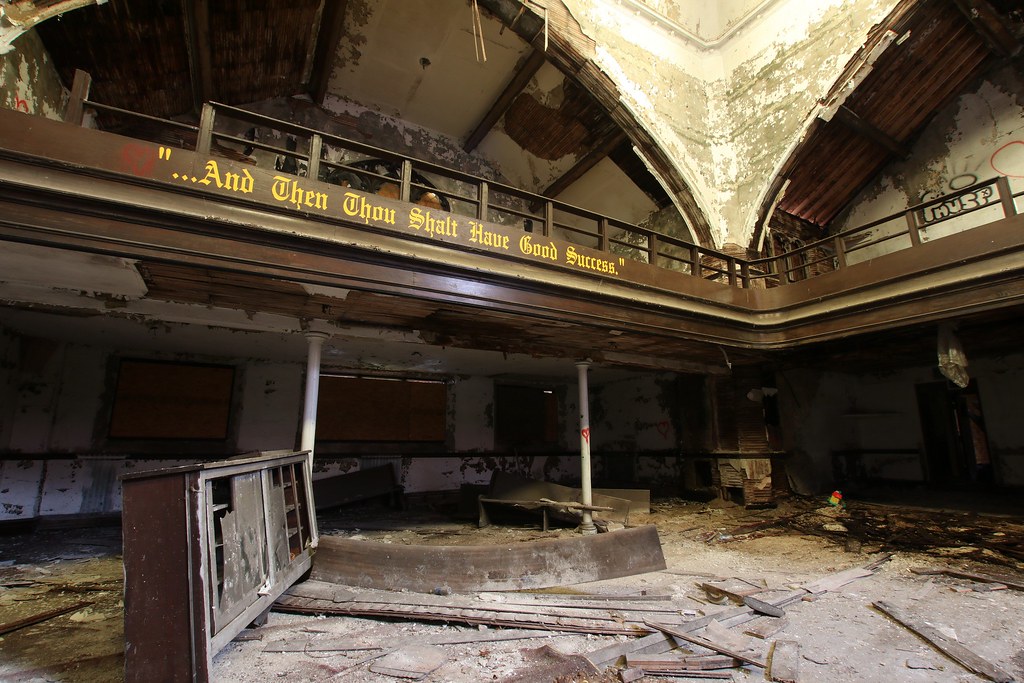 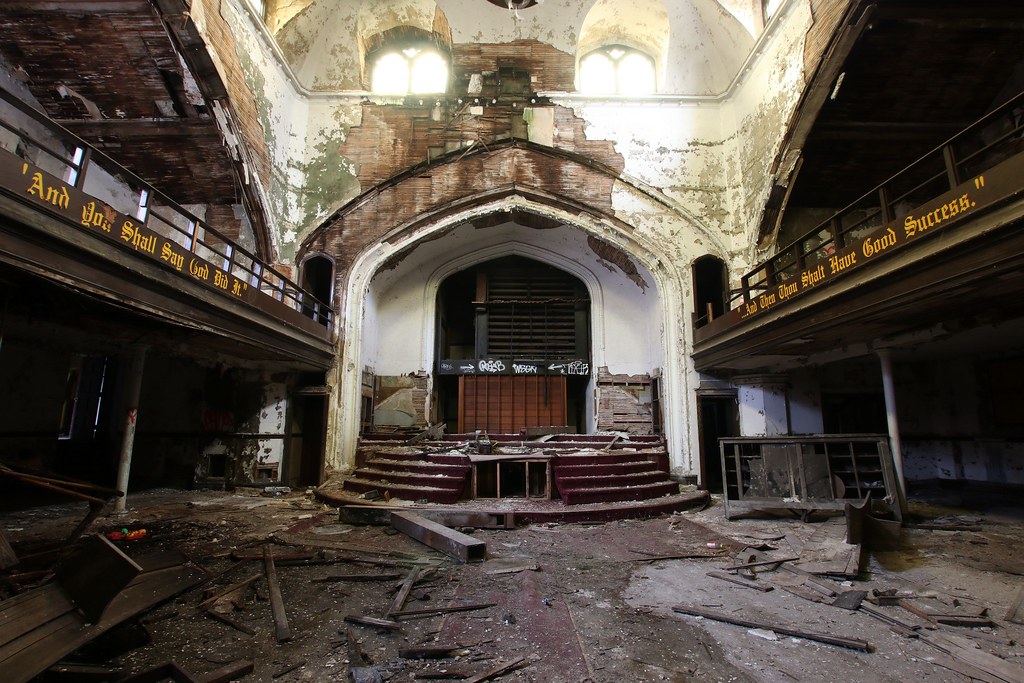 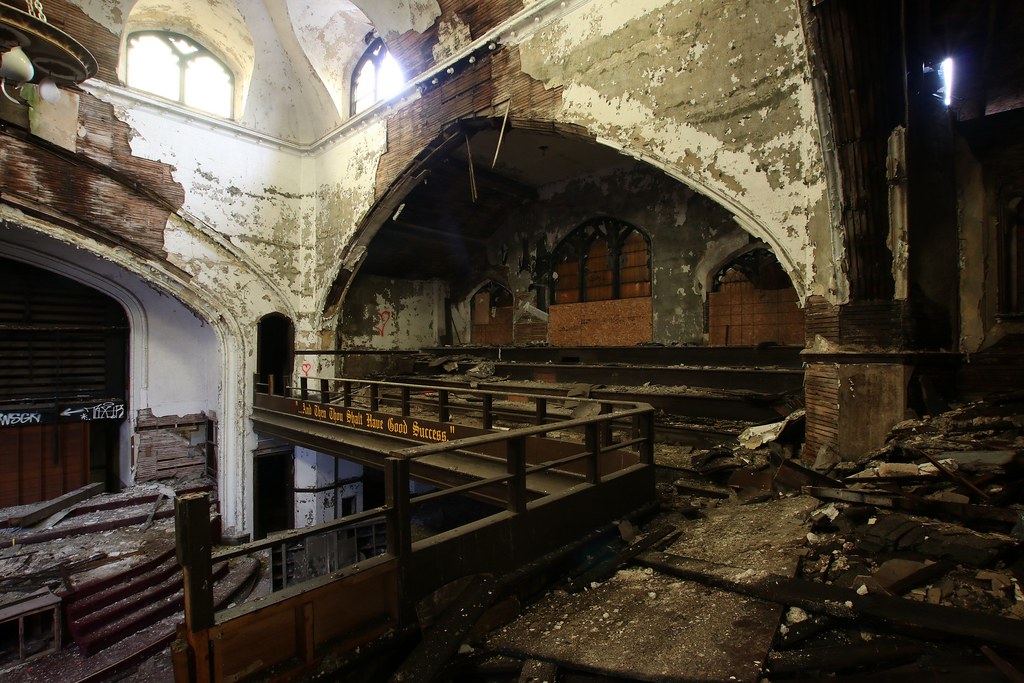 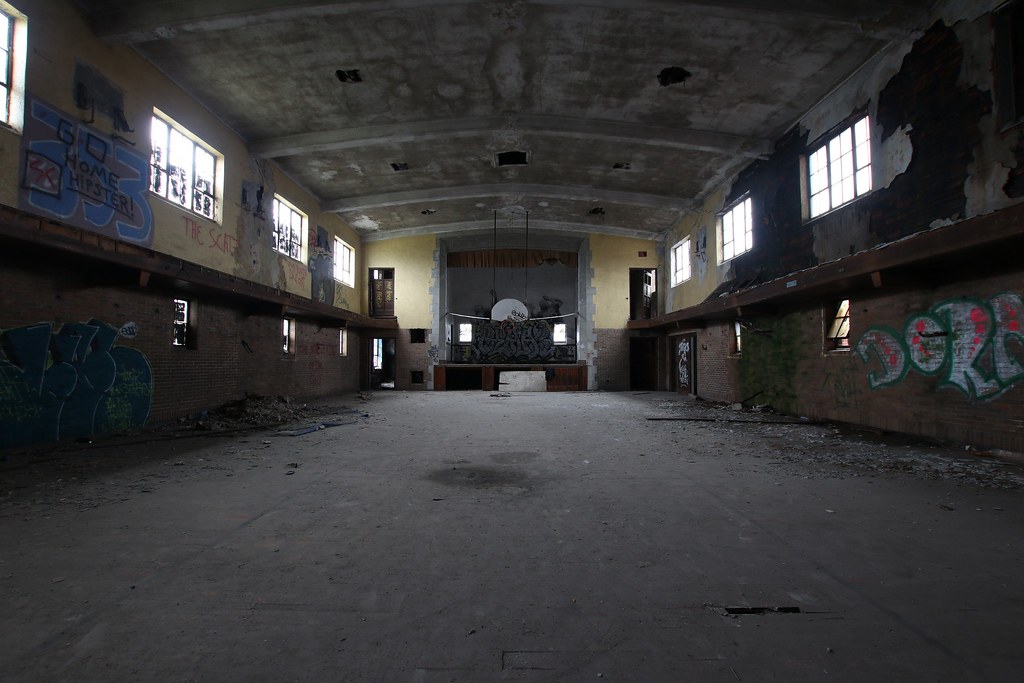 St. Margaret Mary Catholic Church was dedicated in 1920, and a large school building was constructed next to it in 1923. The changing demographics in the city meant that the largely white Catholic neighbourhood transitioned into a black Protestant one, and in 1982 the archdiosese closed St. Margaret Mary. In 1984 the church and school (that had closed in 1970) were sold to Hill of Calvary Missionary Baptist Church and they were using it up until as recently as 2012, when it finally closed.

This one is pretty ruined and not amazingly interesting however a couple of notable things from here were it was my friend's 100th abandoned church explore, and secondly upon leaving we walked out to our car and saw a small black bus coming down the road. As it came towards us we joked that it was the urbex tourbus turning up, that was until it parked right outside the church and all the passengers began taking photos of the buildings through the windows of the bus! Whilst that was happening I looked over at the driver and he gave me one of those knowing smiles and nods as well as a thumbs up as he'd obviously seen us walk out from the direction of the building as he drove towards it... 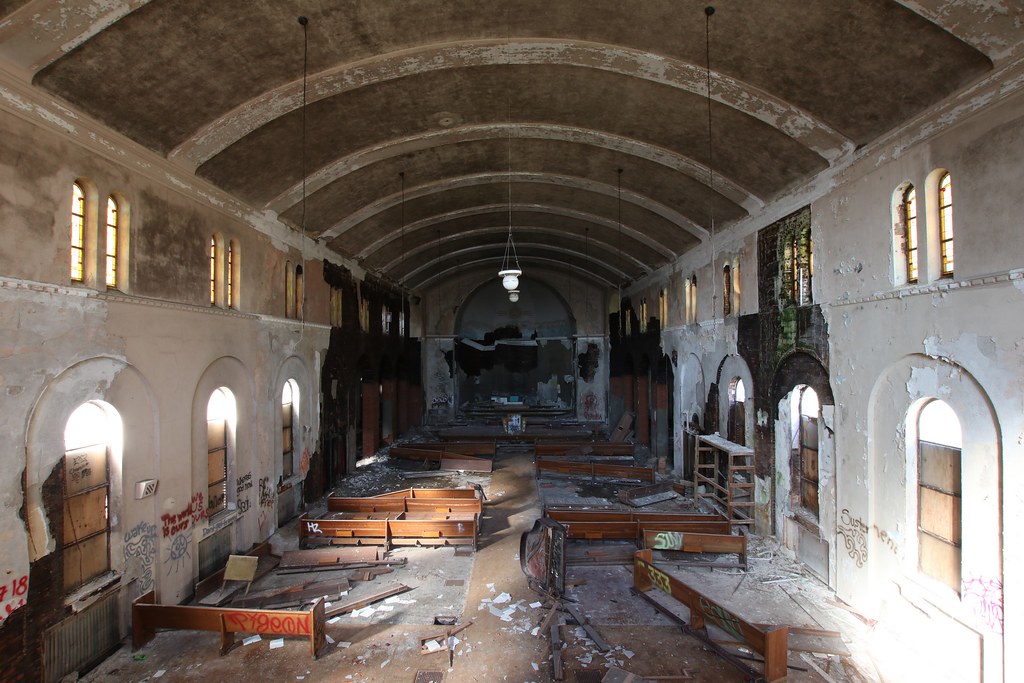 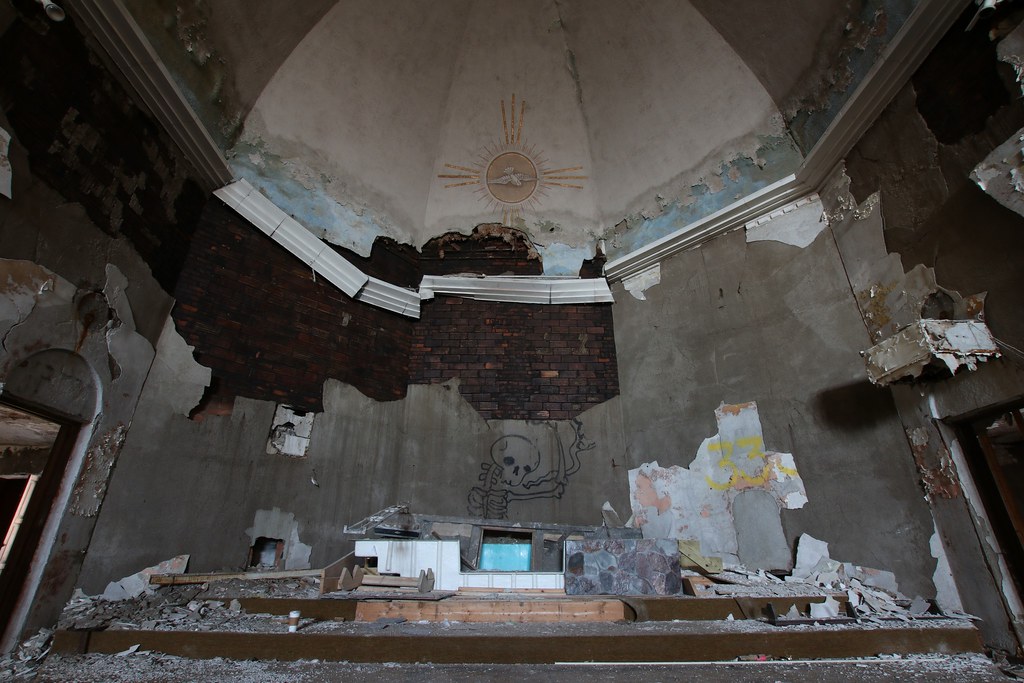 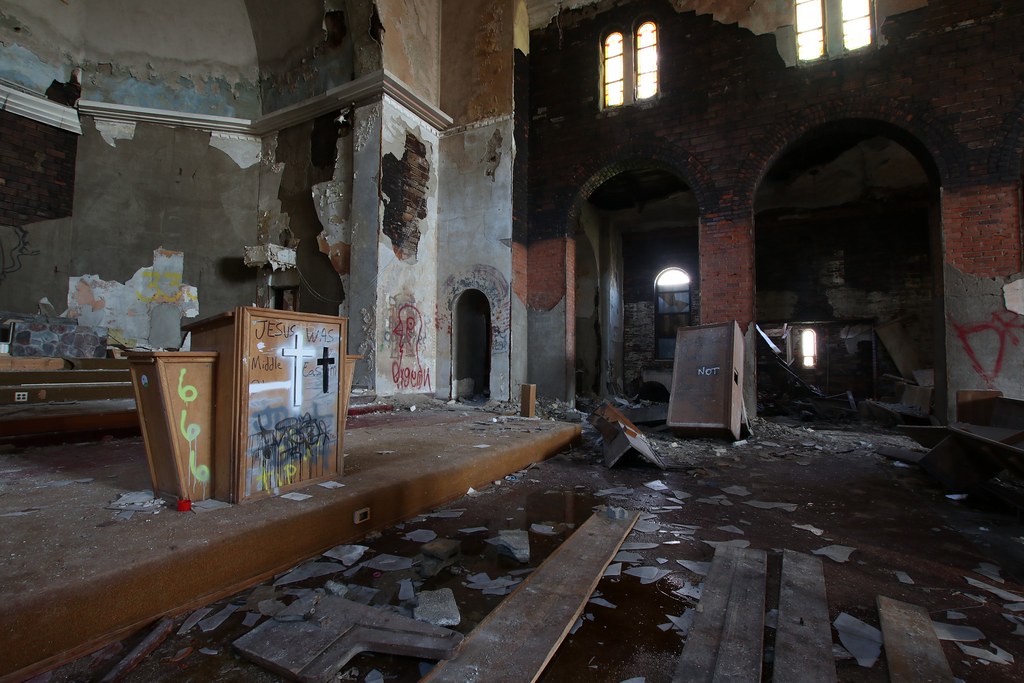 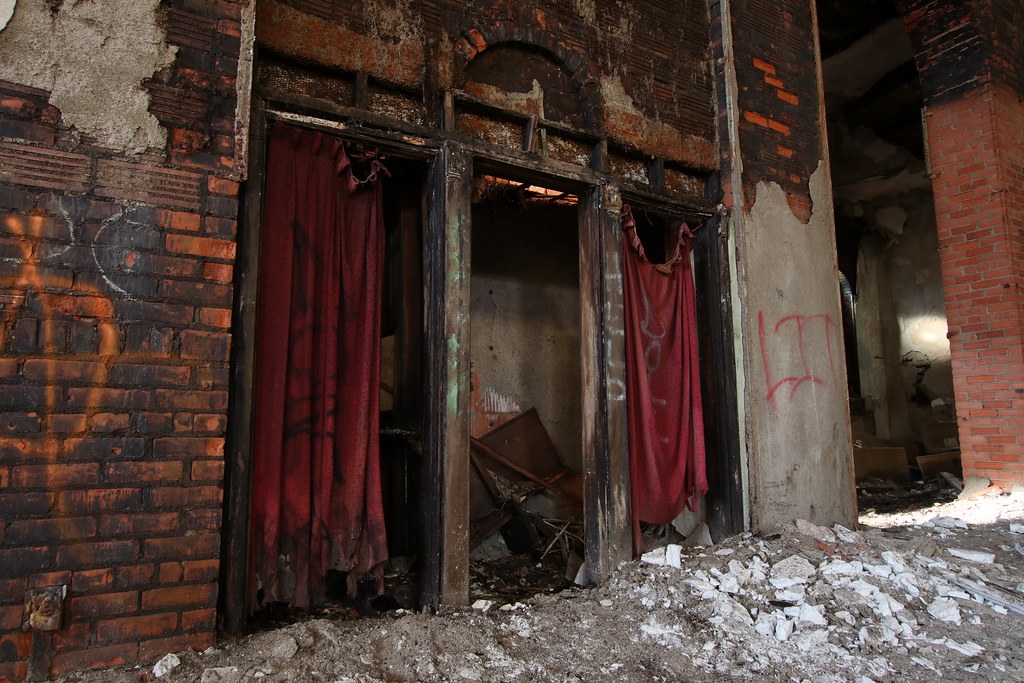 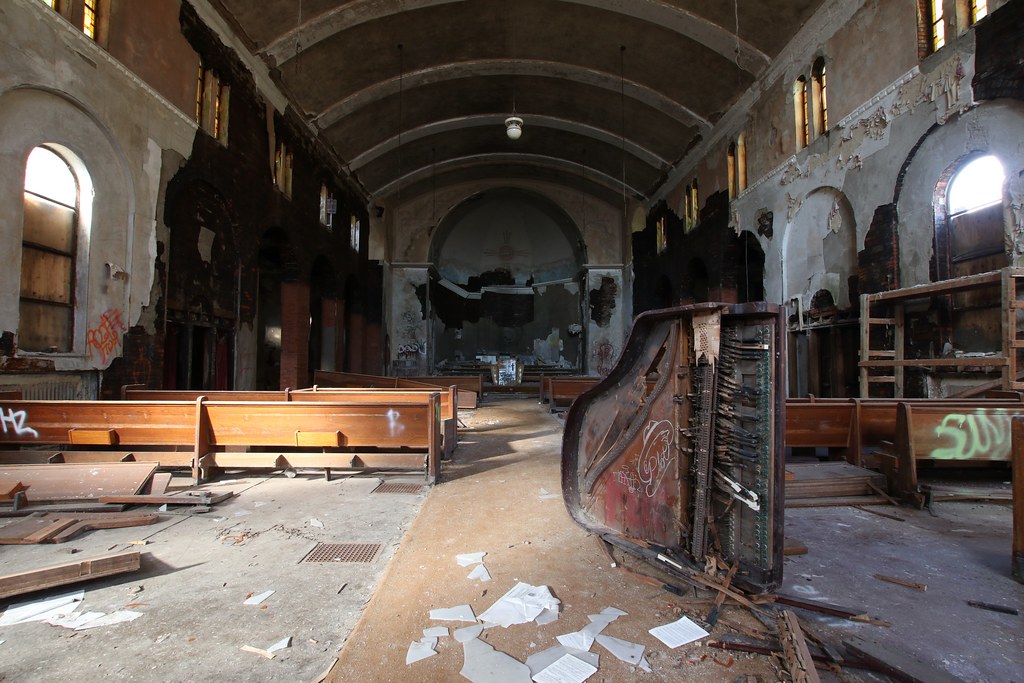 Regular User
That ceiling is lovely. The second one does it for me though.
eating seeds is a pastime activity.

28DL Full Member
Lovely snaps from all 3 as usual Mookster! Love that second one particularly, especially the finer gold writing on the balcony, curvature and lighting too!

chills said:
Lovely snaps from all 3 as usual Mookster! Love that second one particularly, especially the finer gold writing on the balcony, curvature and lighting too!

If I'm honest I'm amazed that it's been empty for almost 20 years and nobody has tagged over the writing or anything like that!

mookster said:
If I'm honest I'm amazed that it's been empty for almost 20 years and nobody has tagged over the writing or anything like that!
Click to expand...

For the better! Hope it lasts another 20 but I highly would doubt it!

28DL Full Member
Love these, I’ve yet to a do a decent church!
F

28DL Member
That is nice report about Big D churches!
I had been there for working and spend one Saturday (and some money) to join a good photo tour to some places in Detroit including the last church.
Attached how it looks like.....