The History​
The complex first opened in 1857 as the Leeds Reformatory for Boys. Up to the mid-C19, children who committed crimes were commonly sent to adult prisons as there was no separate provision. Philanthropic Societies and private founders set up some voluntary reformatories for young people in the early C19, but it was not until the Youthful Offenders Acts of 1854 that state registered institutions were established and pre-existing private reformatories were brought under state certification. Reformatories were distinguished from Industrial Schools by taking young people who had actually committed offences, as opposed to those who were merely destitute or neglected and in danger of falling into crime. By the end of 1857 there were 47 reformatory schools in England. Most of these occupied domestic buildings such as a farmhouse with land, or a detached house and garden. At least 14 were in new premises and four are known to have been built on a quadrangular plan. By 1876 the number of schools had risen to 53, but fell to 41 by 1894. The system was superseded by the Borstal system in the early C20 and many reformatories later became approved schools.

The Adel Reformatory was founded in 1857 by the Leeds Society for the Reformation of Juvenile Offenders, on a site deliberately chosen to be removed from the temptations of the city. William Watson Hewitson of Kitson and Hewitson, locomotive builders and general engineers, was one of the founding members and also the designer of the earliest part of the building, the south-west range. There were around 50 boys at the school in 1858. The south-east range and headmaster’s house was added in 1860, when the attic floor of the initial range was converted to dormitories. The workshops of the north-east range, built by the boys in 1859, were rebuilt in 1881 after a fire, and a separate chapel to the south was added in 1882, designed by an unknown architect but apparently designed to function also as a lecture room and subsequently as a gym.

Surrounding land within the grounds was cultivated for crops and garden produce. The land was bought by Leeds City Council for £3,500 in 1875, having been leased to the Society by the (unknown) owner previously.
The swimming pool beyond the north-west range was added in c.1887 and roofed in 1896. A boiler room between the north-west range and the pool was inserted in 1899 to heat the pool. It was used by community groups as well as inmates, and swimming and life-saving were taught. A report of the school from 1887 records 150 boys engaged in occupations including joinery, tailoring, shoemaking, farm work, calligraphy, building trades, cooking and blacksmithing. Many of the boys went on to join the Grimsby fishing fleet for which their swimming training was considered useful.

A group of buildings within the central courtyard, extant in 1893, was demolished by 1908, and an extension to the rear of the master’s house dates to between 1934 and 1954. There has been some infill between the main buildings and the adjacent swimming pool since the 1960s.
The buildings continued in use as an approved school named Eastmoor School from 1933 and then a community home from 1972 until the mid 1990s. A number of separate houses were constructed around the core site from the 1950s onwards, but there has been little change to the C19 buildings externally. The site was leased to Leeds Metropolitan University from the late 1990s when the surrounding houses were used for student accommodation and in 1993 a secure unit for young offenders was built on part of the site, formerly open land also owned by Leeds City Council. It has been unused since 2004 and has been marketed for housing development. (Credit to proj3ctm4yh3m for this information)


Our Visit
​
Feeling nostalgic about my first few urban explores I decided to give this school a visit, I've taken similar photos to my previous post so that you can compare the states. If you attempt to enter this building be weary of the local houses and people passing by, they will very likely call the police. Since my last report in 2016 the building has been decaying away and is in much worse condition with some rooms becoming fully exposed to the elements and even being torched by some vandals as you will see in the photos, such a shame really. Access to the pool has become much easier as the door in the courtyard has now opened up allowing easy entry. From what I can gather workers are starting to strip the building down as they have gated off a section towards the new school with high metal fencing and within the enclosed section you can see part of the site has been knocked down. The Church is inaccessible and has been boarded up with metal sheeting similar to the main complex building. Vegetation has covered up large portions of the courtyard and spreads to the walls of many rooms. My highlight of this place has to be that toxic swimming pool. 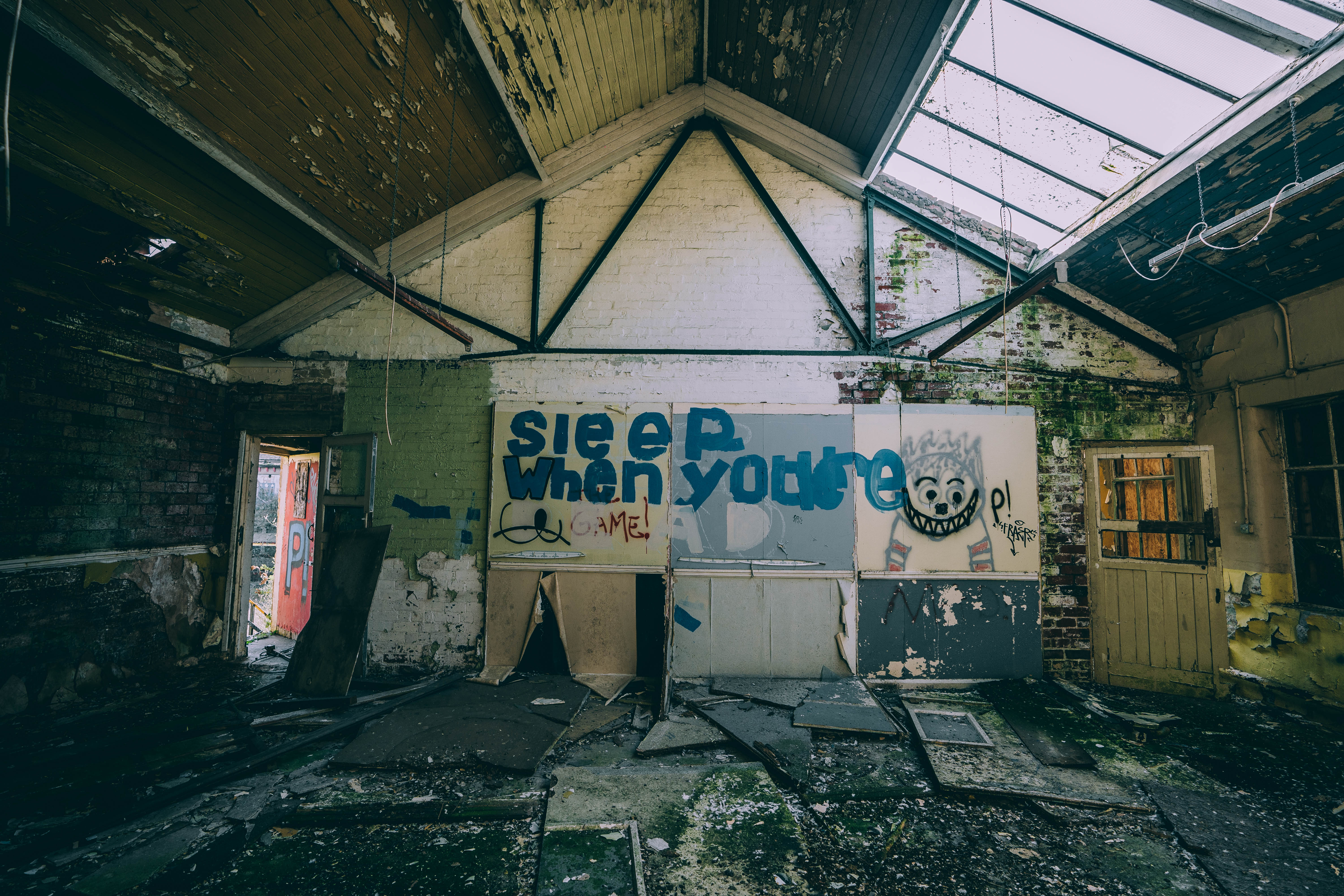 Hang on in there​ 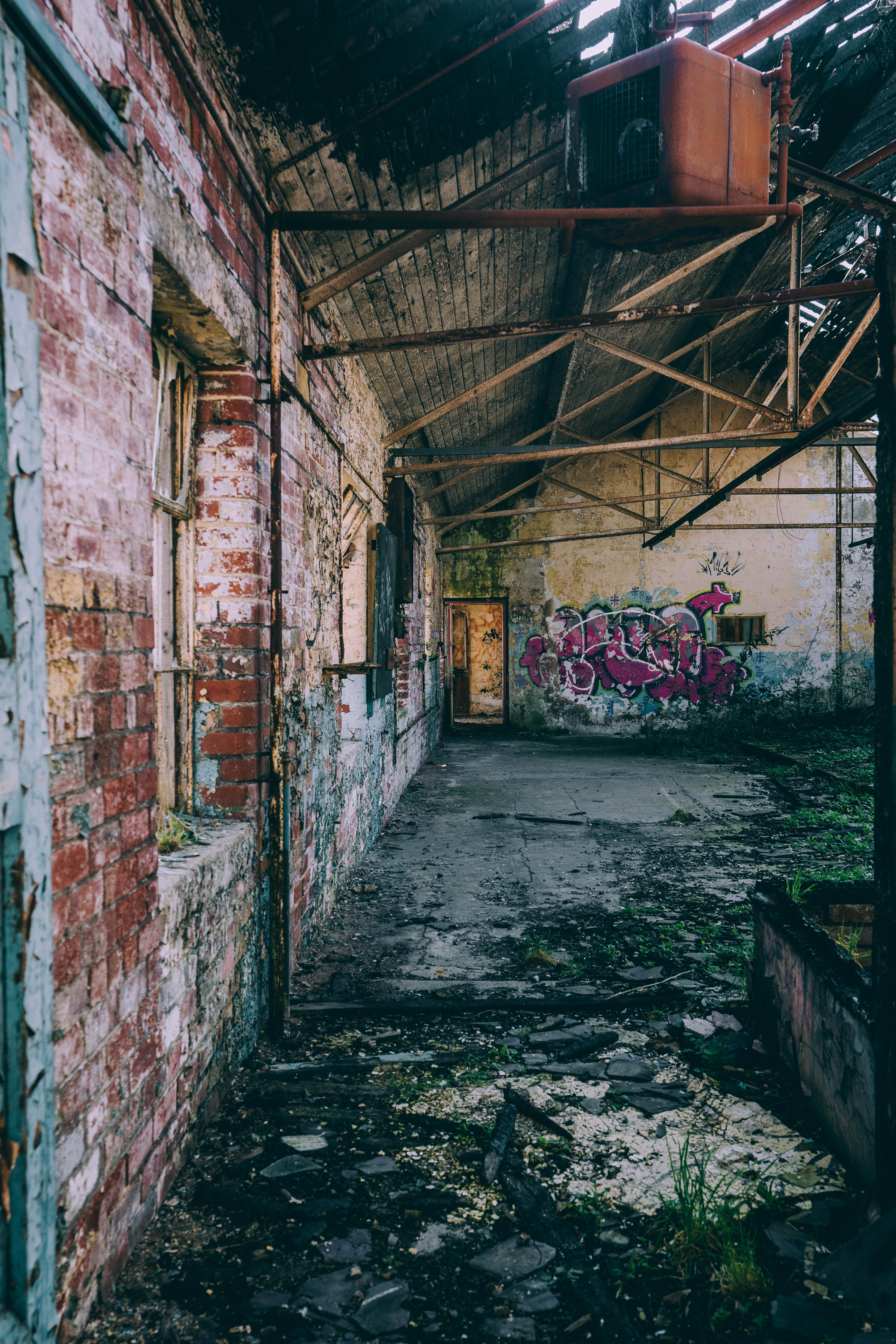 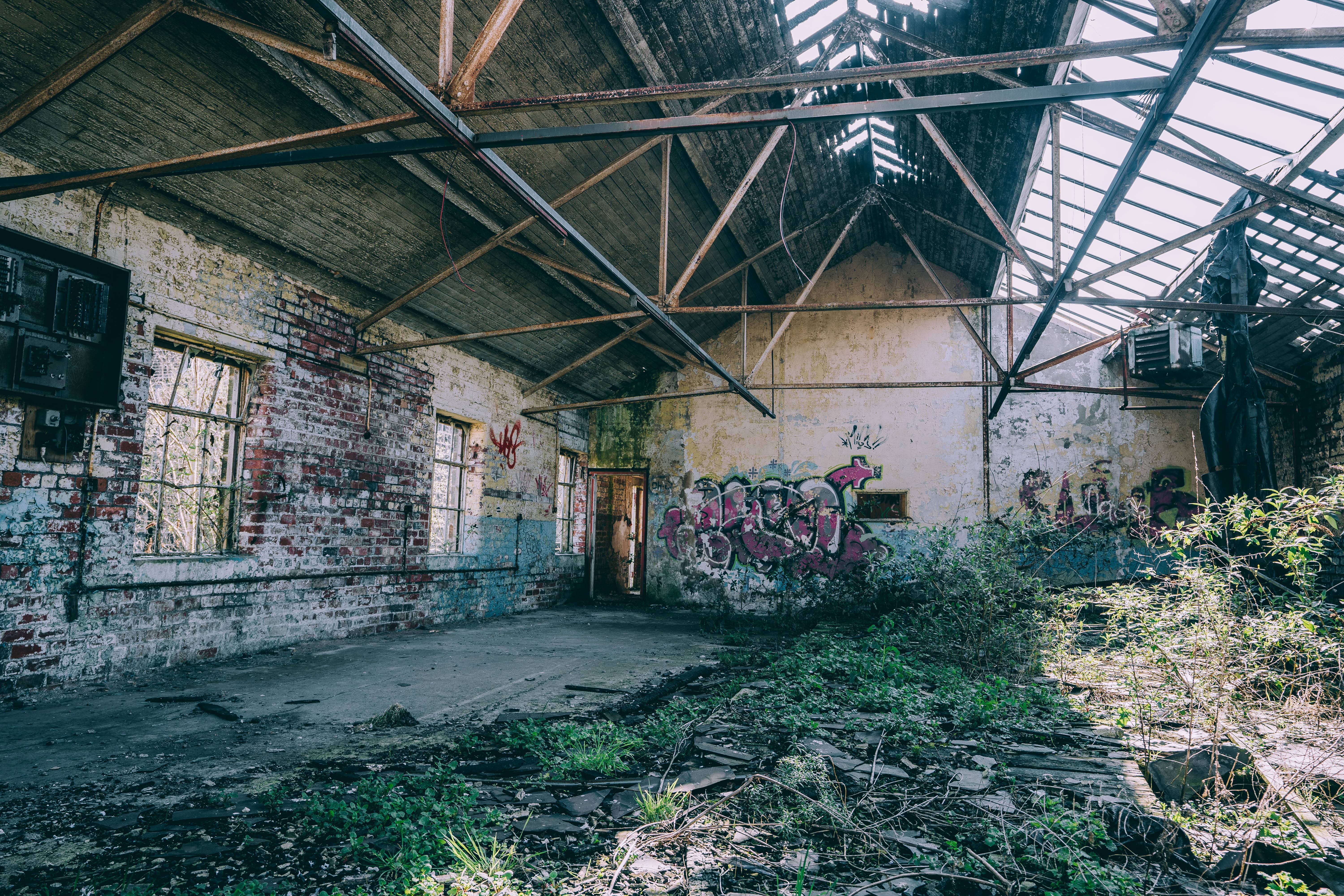 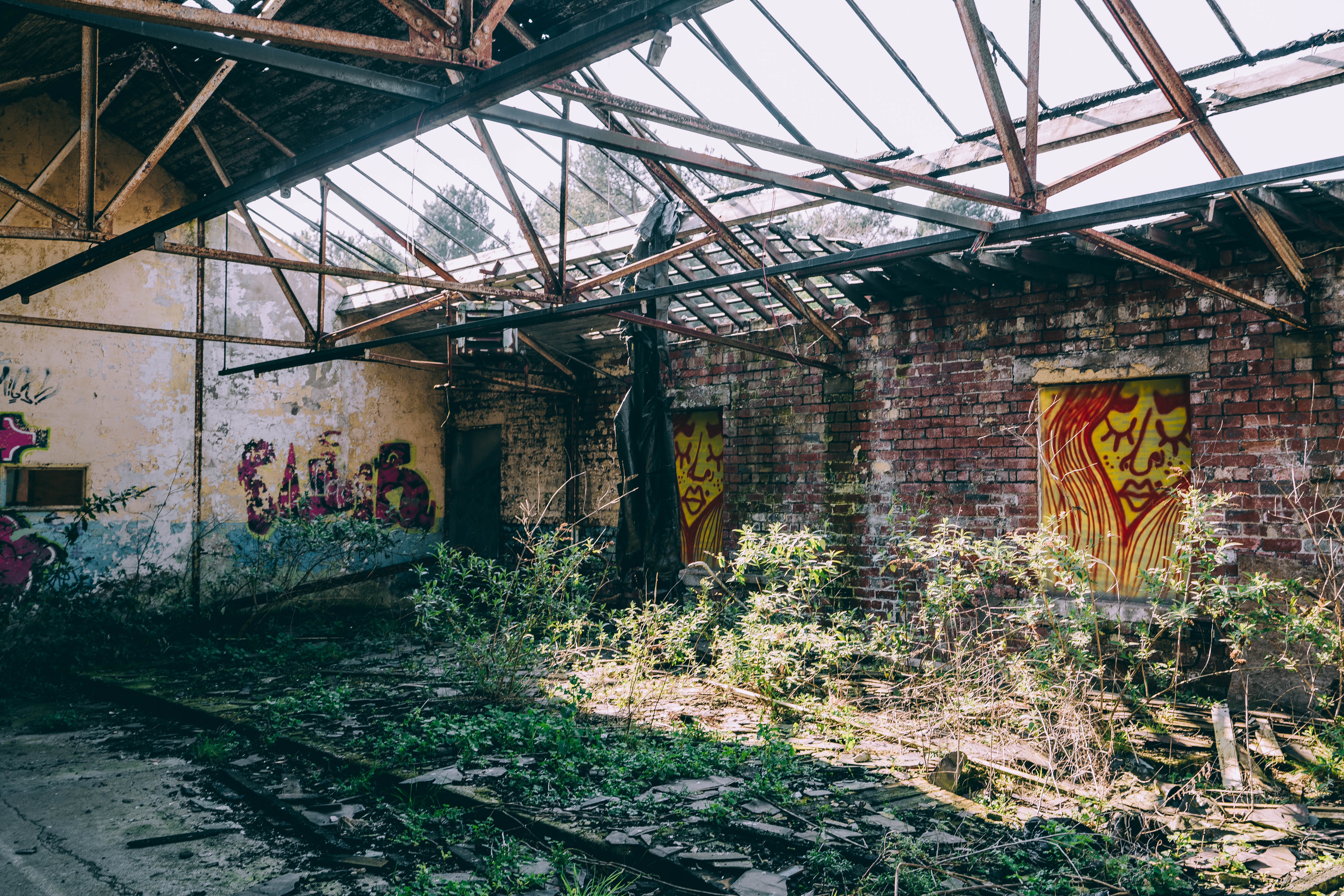 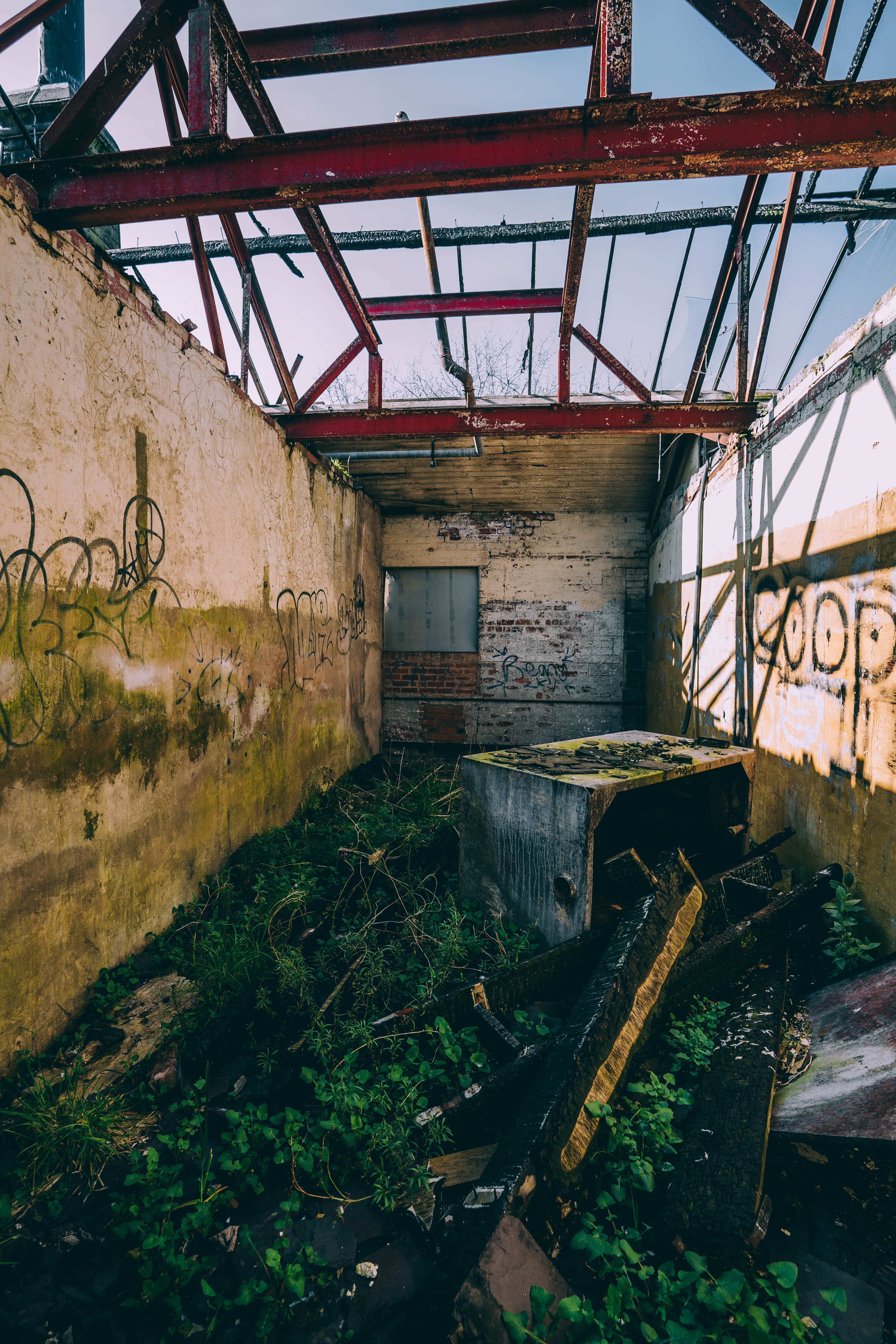 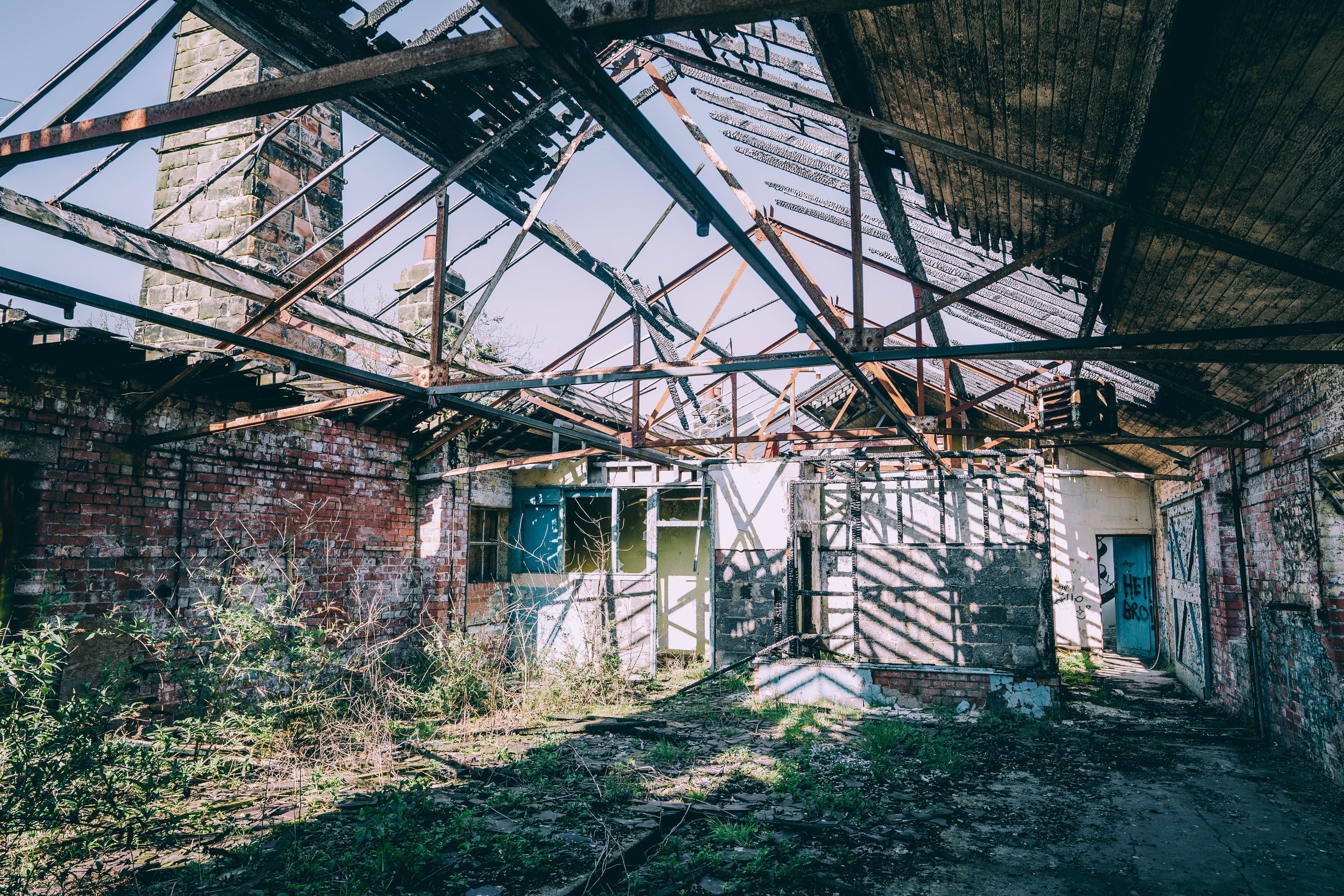 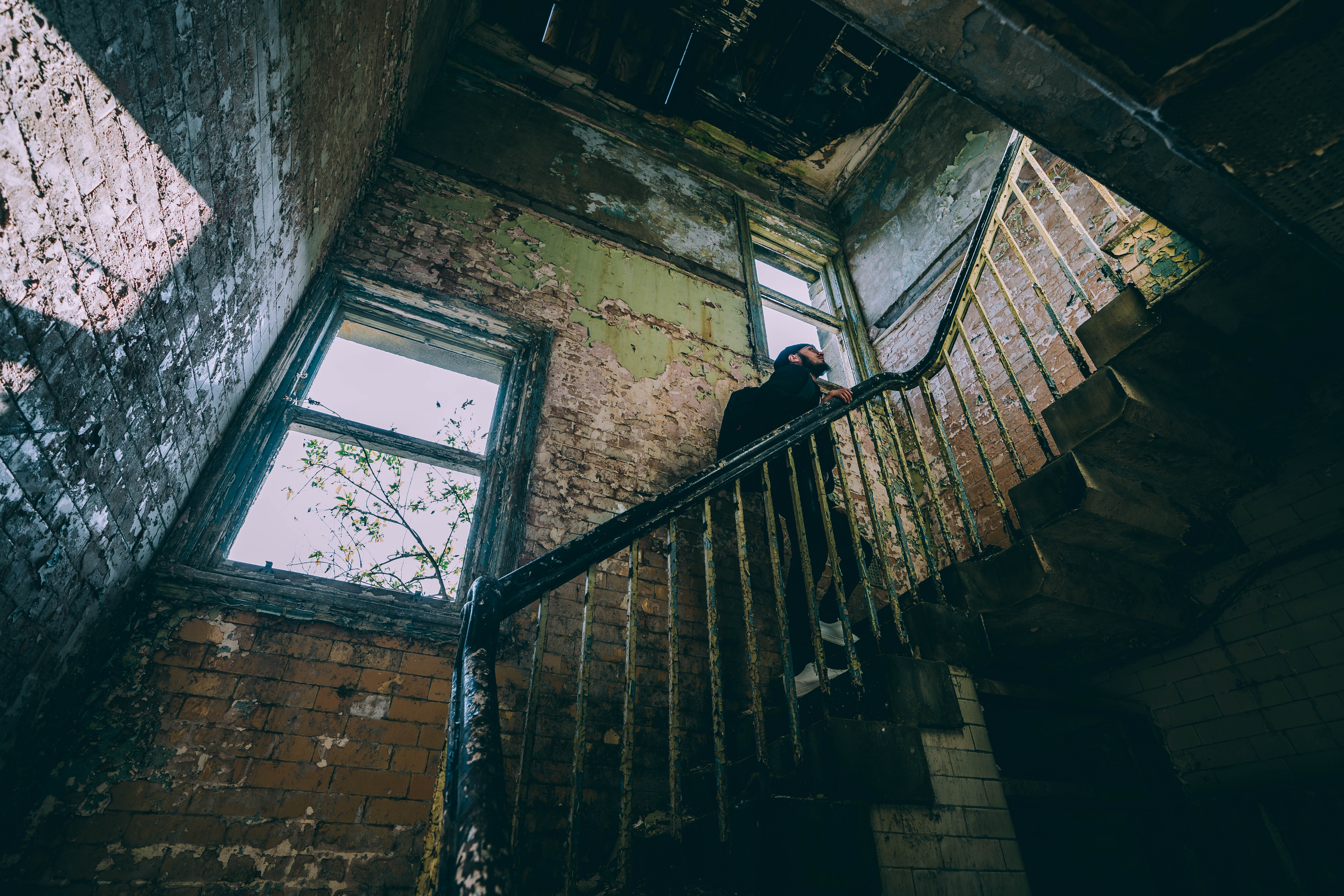 It's a G thing 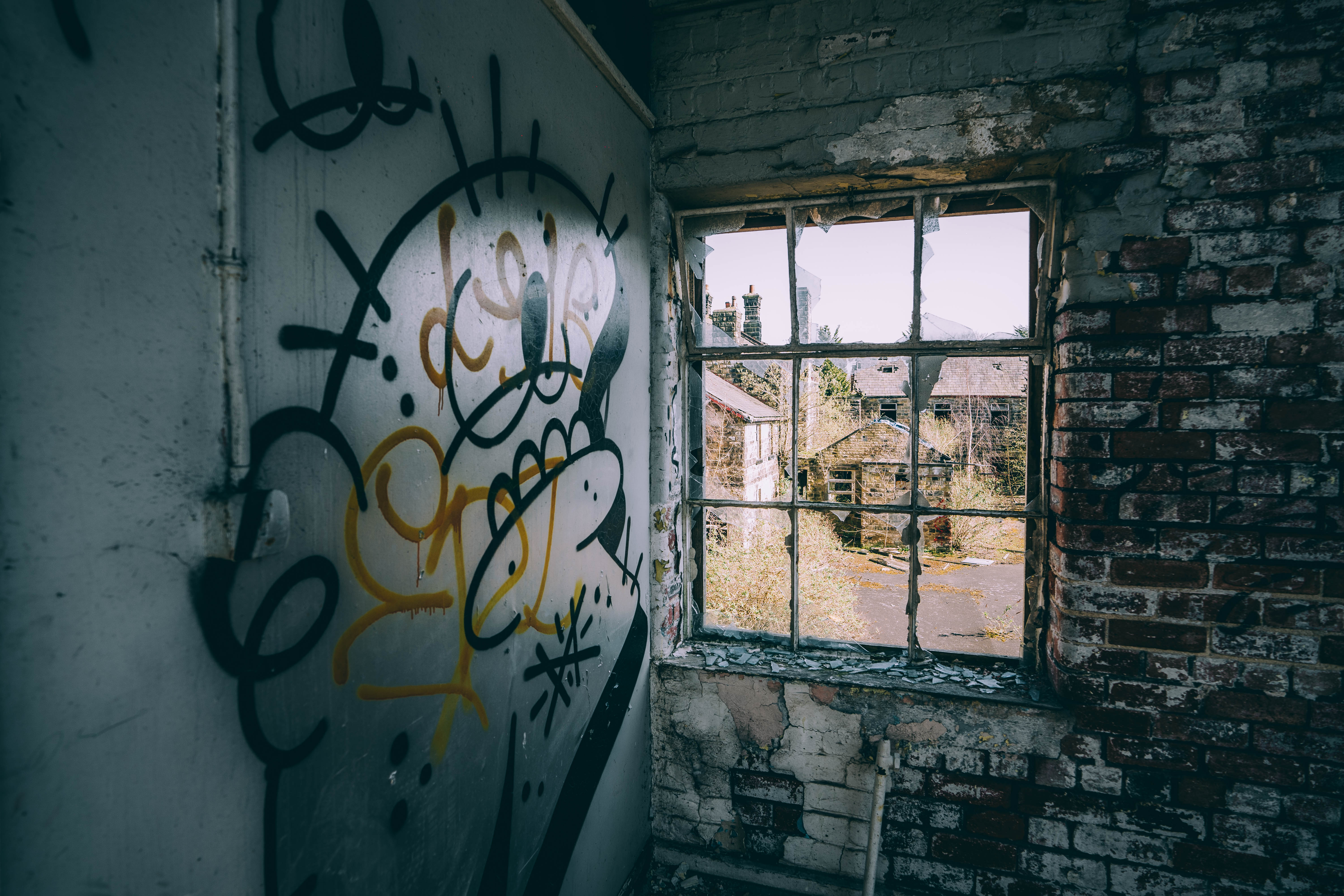 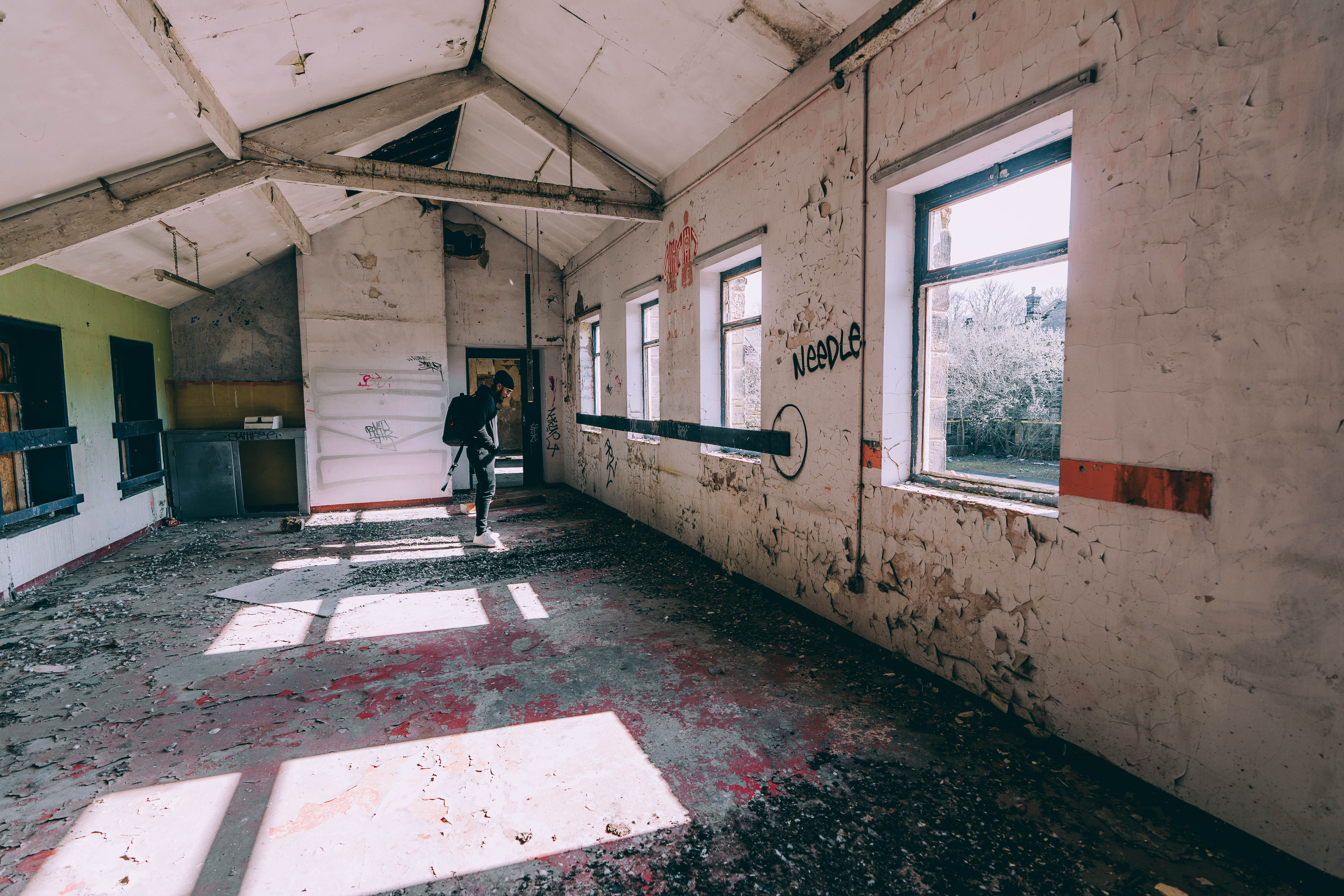 This hallway is just as I remember it 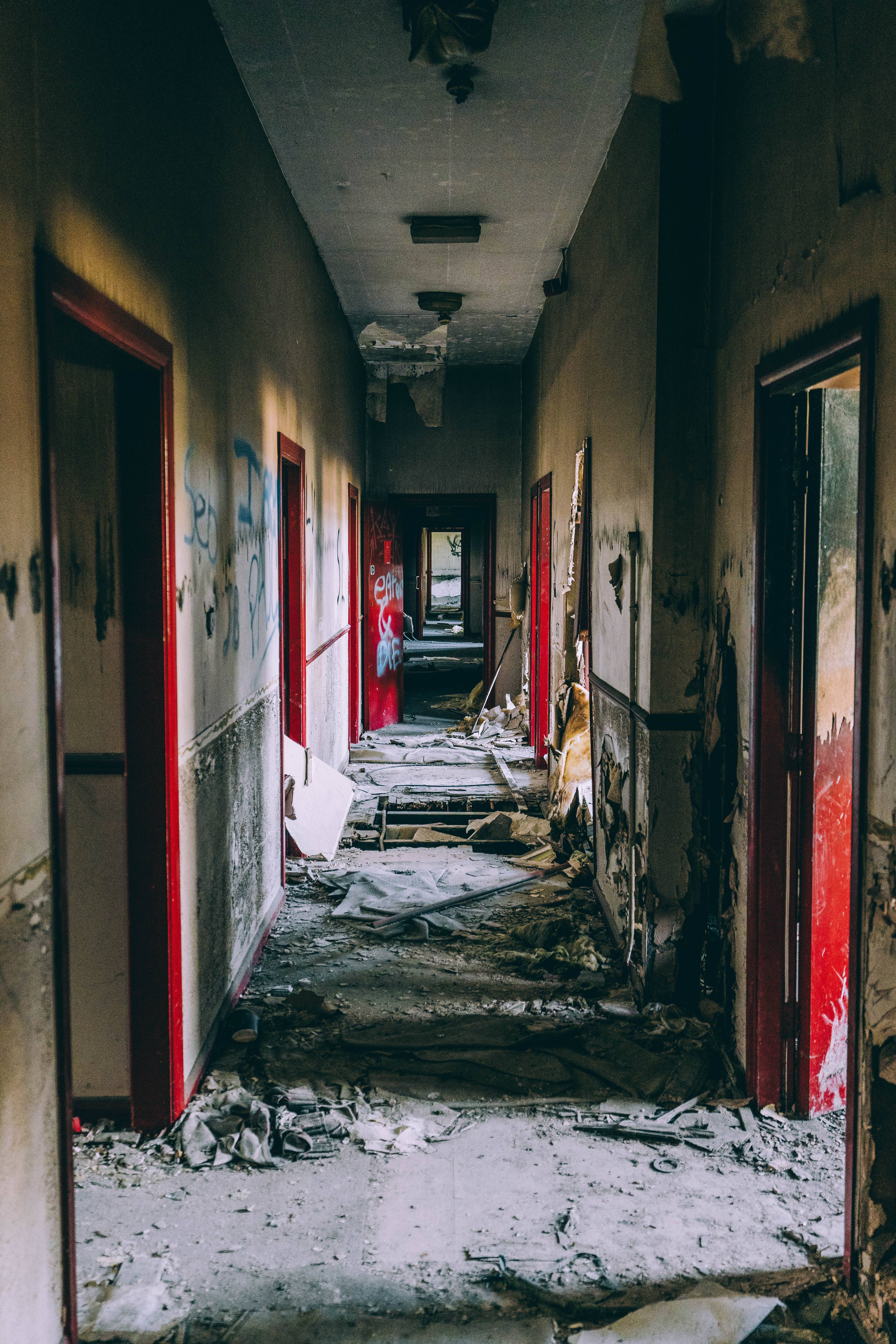 One of the many small rooms 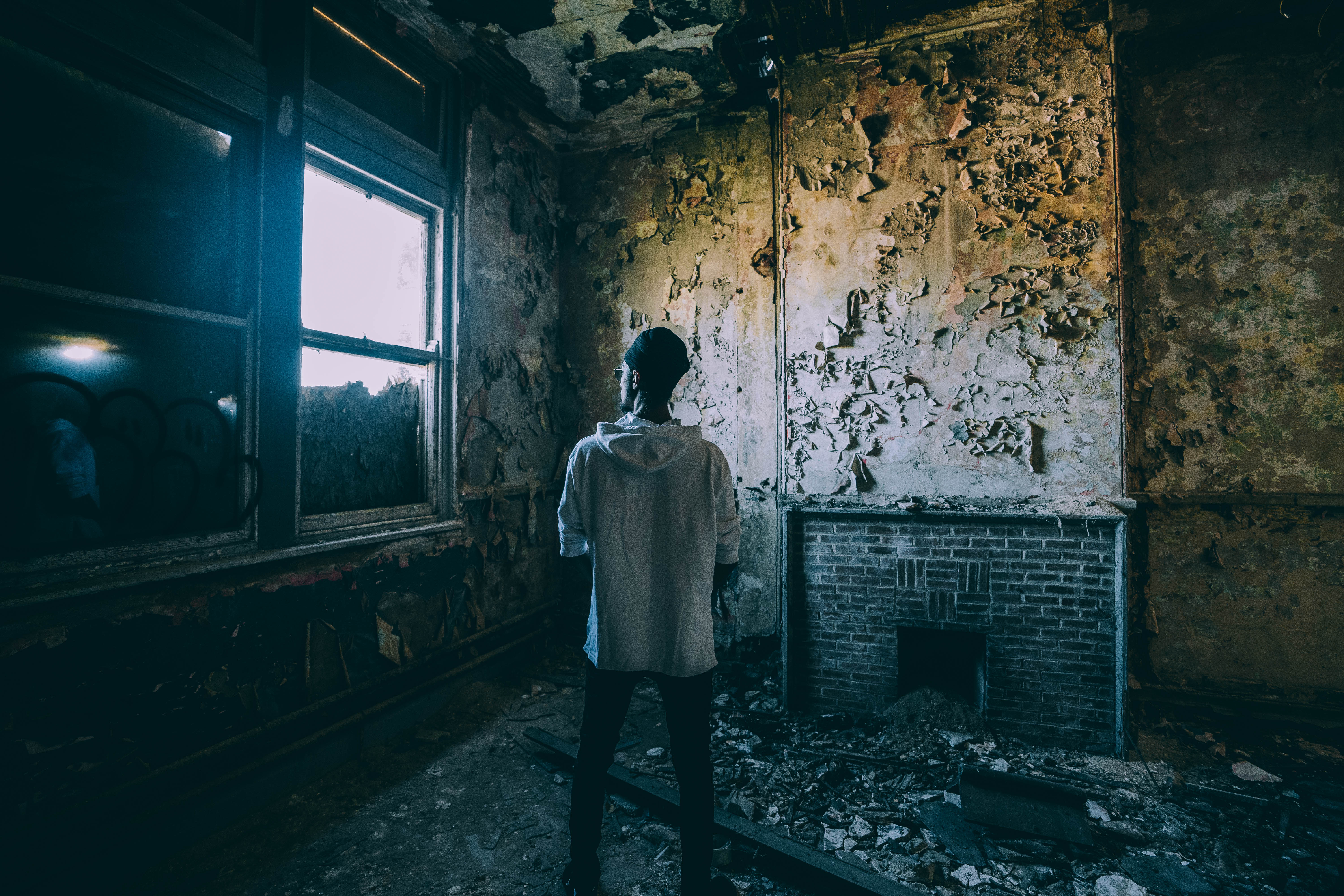 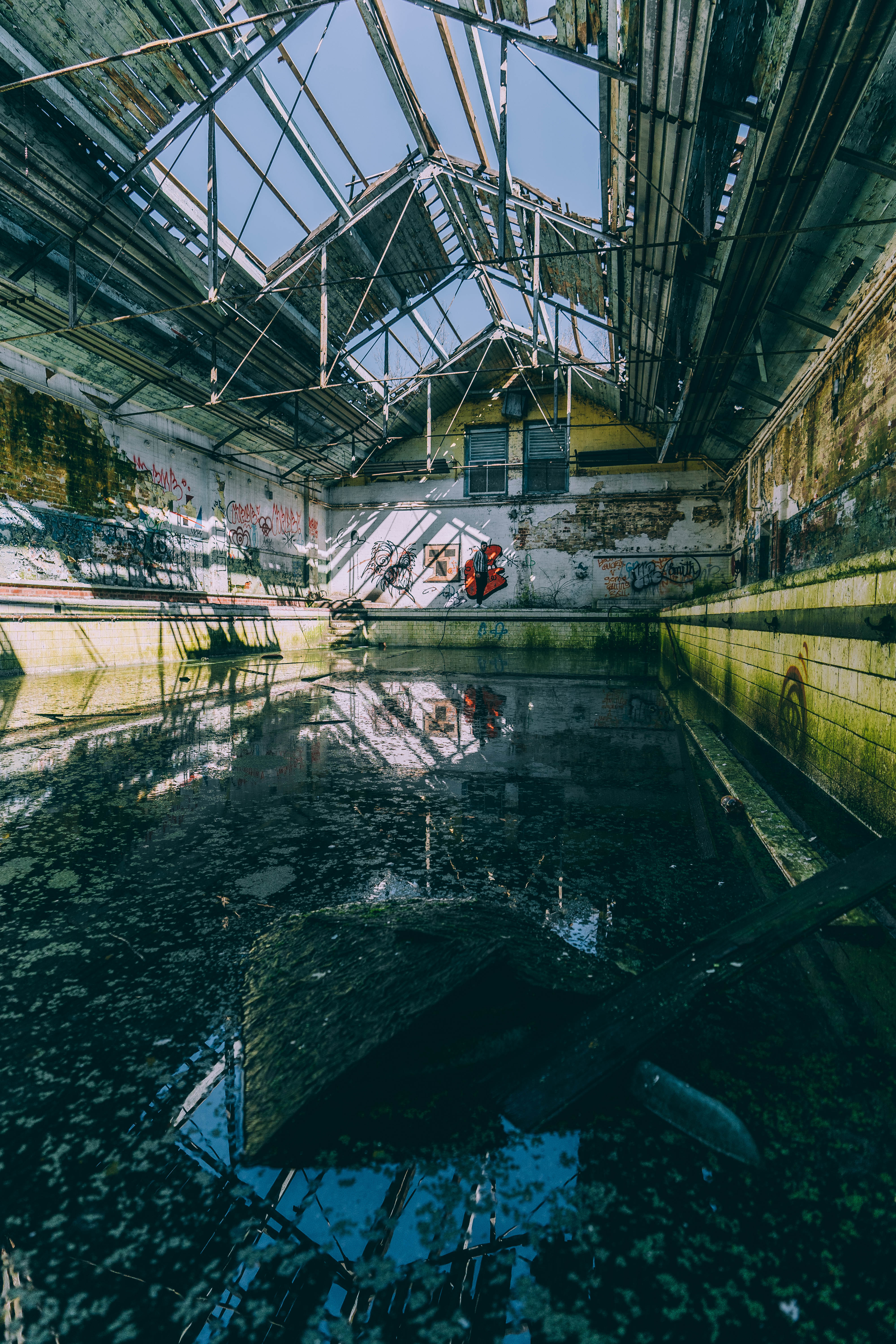 Staff member
Admin
Not a bad effort, thanks for sharing

Regular User
Good stuff. I remember my visit here with zerocool. Must be 10+ years ago now! Great to see an update.
eating seeds is a pastime activity.

28DL Full Member
Hi All
Remember living here in the early 90's when part of it was Eastmoor secure unit for young offenders on remand or children in care. You were not locked in and look more like a youth hostel inside my dorm block. The main door was locked but if you did leave they just phoned the police. My first day there i went to bed in the evening and climbed out of the bedroom window to get out. Had those bars across so they only opened so far so was a tight squeeze. Anyway i only left to check on my gran as she'd been unwell for a few days. Got back in the early hours of the morning and proceeded to try and climb a drain pipe to get to the window. Have to report that Anti Vandal grease is a bugger to try climbing up. Well after 10 mins or so of climbing and sliding down a voice from the dark pipes up and says " Why mess around up there you should of just rang the bell to be let in" . Wish they had mentioned that when i arrived. Its a shame to see such a place left to ruin. Could still have been used for something positive still today.
A

28DL Full Member
I would love to know if this is still here, i have seen developments happening in the area, can anybody confirm?

Regular User
Planning was granted in 2015 to demolish it and build a new one. Looking on streetview it looks like at least some of the new building has been built.

Alittlebitofeverything said:
i have seen developments happening in the area
Click to expand...

If you're in the area, best way to find out is to go and have look

Alittlebitofeverything said:
I would love to know if this is still here, i have seen developments happening in the area, can anybody confirm?
Click to expand...

yes its 100% still there i was there other week its abit wrecked tho. The brand new one is built round the back.
B

28DL Member
I stayed here when it was student accommodation in 2002. Half the main building was blocked off at that time and just left. It was so amazing to explore all the grounds and surrounding buildings. I really loved that place.
M

28DL Member
I spent a year or so here in the very early 80's absconded a few times always got brought back and severely cained by a horrible evil man named Mr Dyson. We would work in one of the workshops and only did 1 hour of English and maths a week.
You must log in or register to reply here.
Share:
Facebook Twitter Reddit Pinterest Tumblr WhatsApp Email Link