28DL Full Member
This is another occasion where Myself and @Sausages, thought we’d try and find something new in Dover that hasn’t been done for a while, so we did exactly that. I must first point out that security has changed in the last few months so I wouldn't expect this to be a simple walk in exercise, you'd probably end up getting caught and bummed in a local cell for a night or two as it is very much an active port.

Everyone that explores Dover must know about the Pier Turret, the largest guns in the UK at a whopping 80 tons each. What’s also unique is the fact the guns are still in situ. Most places that are abandoned are completely gutted and stripped of all traces, not this location. We spent days researching the best possible method to even get up close to the pier turret, Afterall it is an active port with port police patrolling very often. Even then if we are up close to the turret the next step is figuring a route in. We did have to make a few trips as the upper level where the turrets are located and the bottom deck are sealed off from one and another.

The guns are actually in very good condition bearing in mind how close to the sea they are. I’m not entirely sure why Dover Harbour Board no longer does permission visits, I can only assume health and safety.

The lower compartment where the shell lifts are is really quite incredible, I had seen a few photos but not many. The red writing on the wall pointing you to each individual shell/cartridge lift was very nice to see. The ladder to the very lowest section was half rusted away, however @Sausages climbed down and had a look unfortunately the four steam engines must’ve been removed at some point as the lowest section is completely bare.

Overall, it was well worth a visit, it certainly proves if you put your mind to it any problem can be solved. Never say never.

In 1877 the Defence Committee noted that more powerful guns of 80 tons had been developed and they recommended that a turret be fitted on the Admiralty Pier Fort for two 80-ton guns. The Superintendent of the Royal Gun Factory had been asked for designs for a powerful gun for HMS Inflexible capable of penetrating 20 inches of iron at a range of 1,000 yards and it was these guns that were eventually used as armament for the turret on the Admiralty Pier Fort. The gun took 18 months to build and by September 1875 the first gun was ready. Following test firings at the Royal Arsenal the gun was hauled onto the barge Magog and taken to Shoeburyness.

By 1881 Admiralty Pier Fort was mostly complete and ready to receive its guns. The turret to hold the guns was constructed by the Thames Ironworks and Shipbuilding Company of Blackwall. This turret had a frame of wrought iron clad with three layers of 7-inch armour with 2-inch layers of iron and wood between them. Its weight including the two guns was 895 tons and it revolved on 32 rollers. The Thames Ironworks also built the machinery for the turret. There were four steam engines: The loading engine for loading running back and raising the ammunition, the main engine for rotating the turret, the auxiliary engine to replace either of the first two and the donkey engine which supplied water to the two boilers.

In 1881 the Dover Telegraph reported on the proof trials of the turret's No.2 gun. At first it was proposed to move the guns to Dover by rail but this was considered to be too costly as a special carriage would be needed that would be useless for anything else. Eventually, it was decided to move the guns by barge and use special sheers and holdfasts as anchors. The guns were lifted by manpower with a capstan instead of by machinery, permission being granted for this by the Board of Trade on condition that it all be removed as soon as possible after the guns were landed. An overhead traveller was constructed to move the guns across to the top of the turret and then lower them onto their carriages. The sheers weighed 100 tons and the traveller weighed 22 tons. They were tested in 1881 and the No.1 gun arrived on 4 December 1881. It was in place by 6 January 1882. The No.2 gun followed on 12 May 1882. The turret machinery was ready for testing at the beginning of 1883 and the testing was arranged for July. The first shot was fired using a 250-pound charge. A second shot followed using a 337-pound charge and finally, three shots were fired using a full battering charge of four hundred and fifty pounds of powder. The cliffs did not fall down as predicted, and neither did the fort itself but a couple of panes of glass were broken in the nearby lighthouse. By 1884 more experiments at Dover Turret had taken place with the electric lighting of the turret and the firing gear of the two guns. In 1885 the pier-head had been extended to landward and within this a new shell store, a coal bunker and a new cartridge store were built. In 1886 the committee assembled at the turret to watch the guns being fired. Four rounds were fired and the committee reported that the turret was ready to be handed over to the Royal Artillery.

In 1887 a consultative committee decided that the efficiency of the two 80-ton guns in the Dover Turret was diminished by the exposed position of the magazine. It was proposed to make a new shell store below the water line and to increase the thickness of the foundation of the turret with a mass of concrete. In 1891 the Dover Harbour Board wished to extend the pier-head to the seaward and to give it a more rounded shape due to the riptide wearing it away. In 1893 the committee reported that the works for strengthening the magazines of Admiralty Pier Fort were nearing completion.
Between 1898 and 1909 Admiralty Pier was extended by a further 2000ft as the western arm of Admiralty Harbour. A second battery known as the ‘Pier Extension Battery’ was built to defend Dover Harbour from enemy shipping. It was constructed between 1905 and 1910 and armed with two 12 pounder quick fire (QF) naval guns with a range of 11,750yd. Both this battery and the Pier Turret Battery were armed in 1910. The Admiralty Harbour was designed to provide a protected anchorage for the naval fleet and increase the protection of the existing commercial harbour.
Between the two World Wars the Admiralty Pier Fort was transformed into a home for the battery caretaker, who lived there with his wife and family. The guns remained in place inside the turret. In 1920 the Pier Turret Battery was reduced to ‘care and maintenance’ but was used for drill by the Territorial Army. In April 1944 the battery became Home Guard Battery. According to the Fort record book the guns were withdrawn to Woolwich in August 1947. In 1958 all of the battery buildings at Admiralty Pier Fort were demolished and the two BL 6in emplacements tidied. One became a shelter and the other a small viewing platform. The fort itself and the turret remained. After a severe storm in 1987 the walkway along the pier was closed and the turret became inaccessible to the public. Most of the machinery inside the turret has been removed but the guns and their carriages remain together with parts of the shell lifts for the BL 6in guns above. The turret remains under the control of Dover Harbour Board and there are no plans to restore it or open it to view. 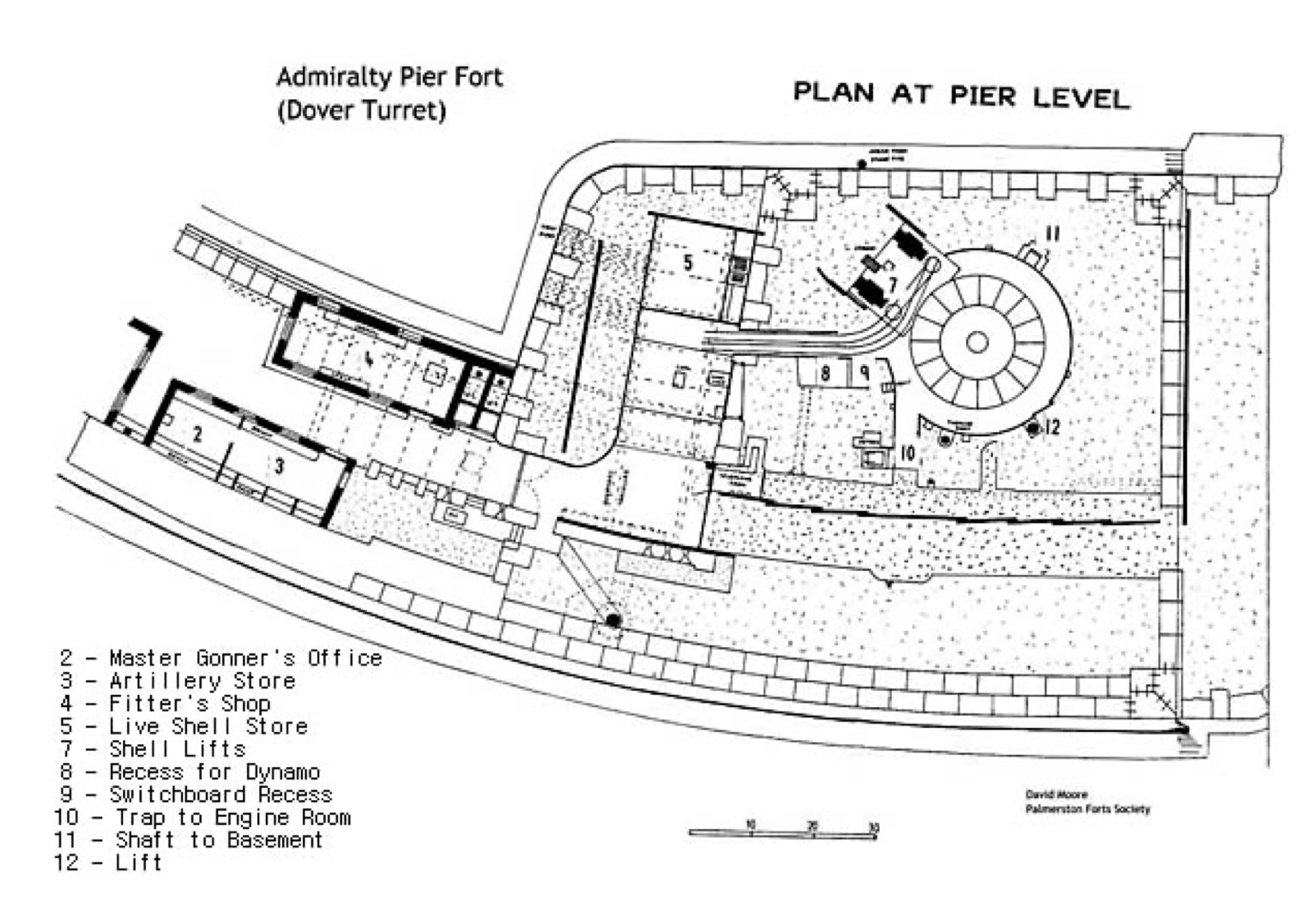 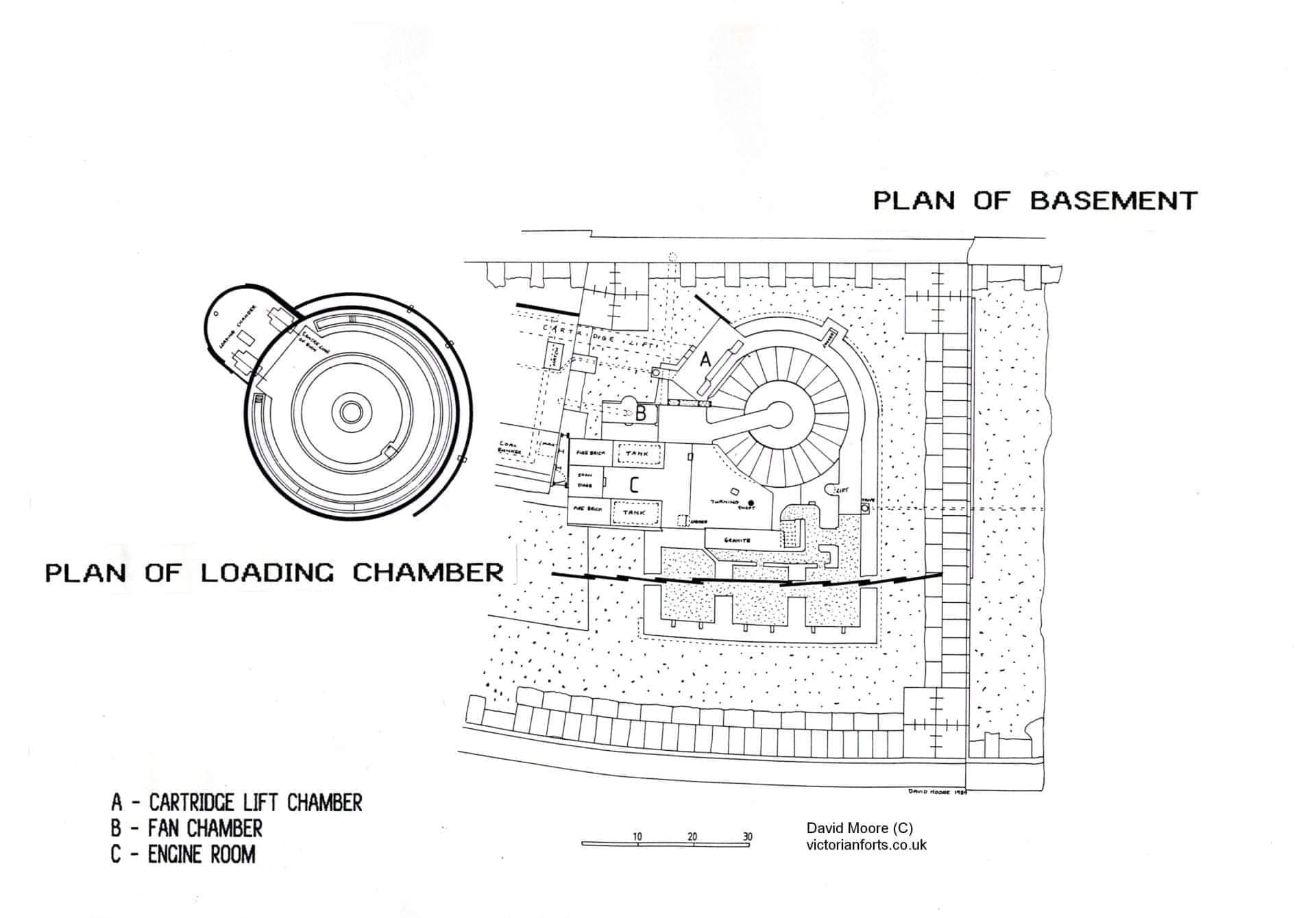 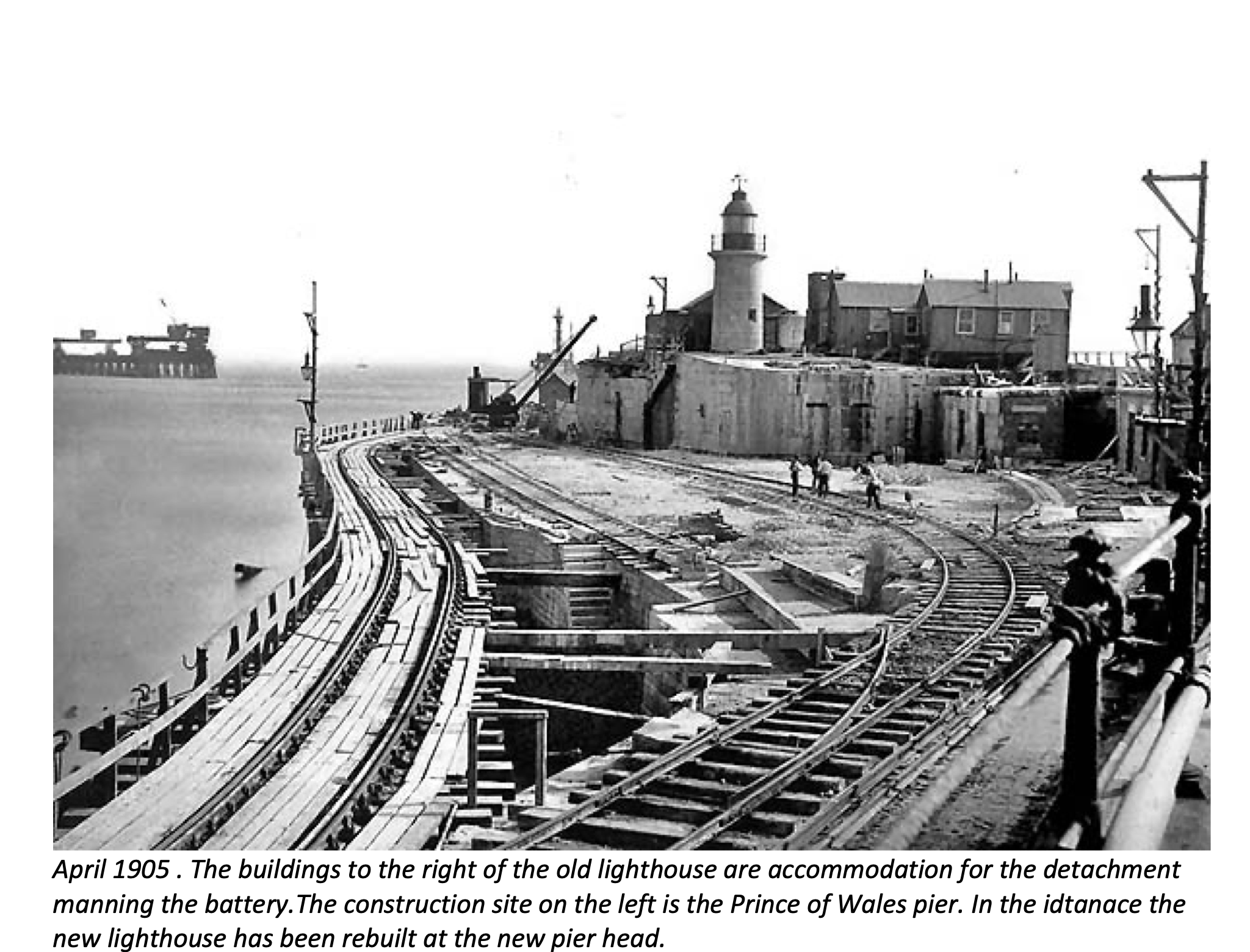 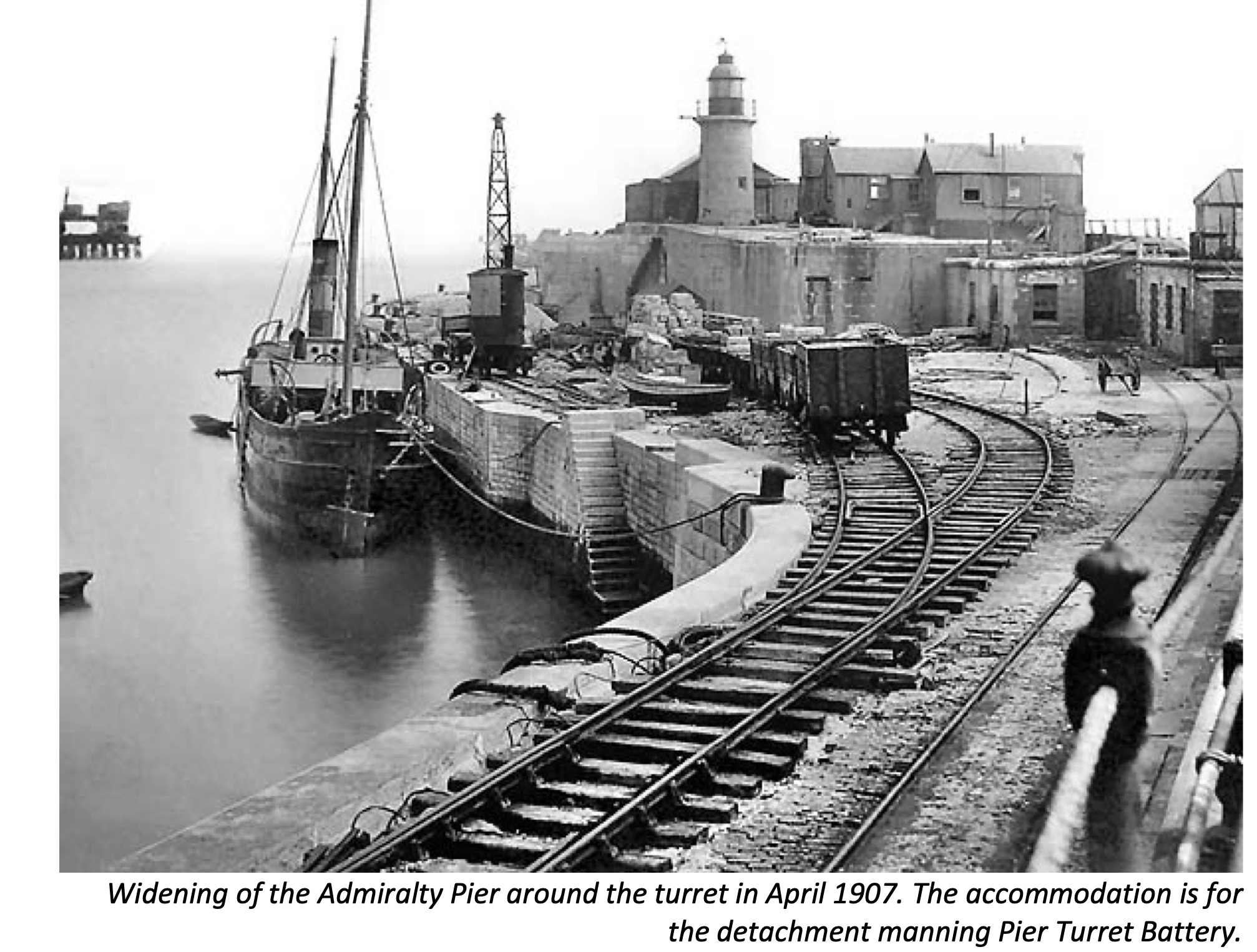 View of the Port 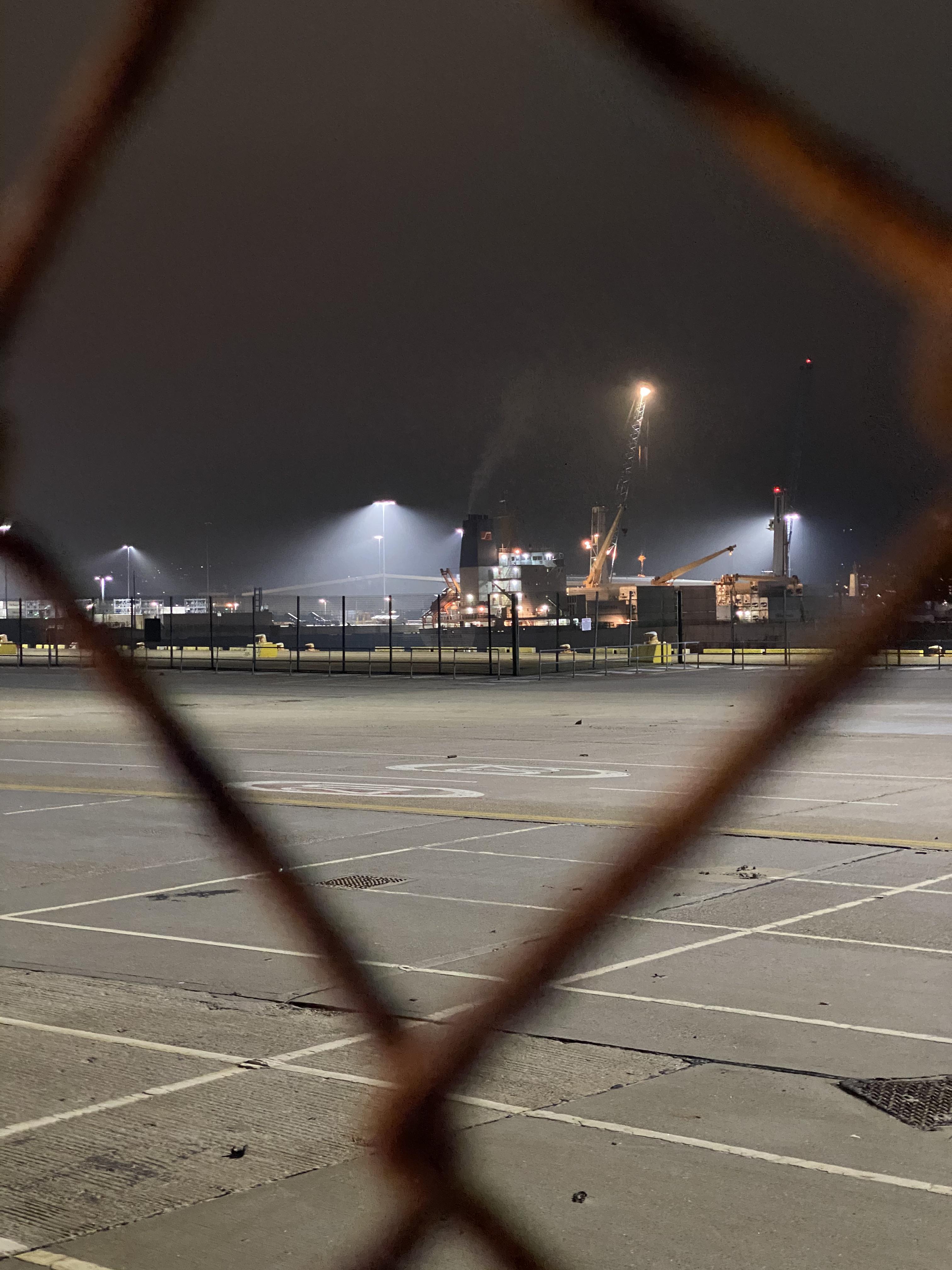 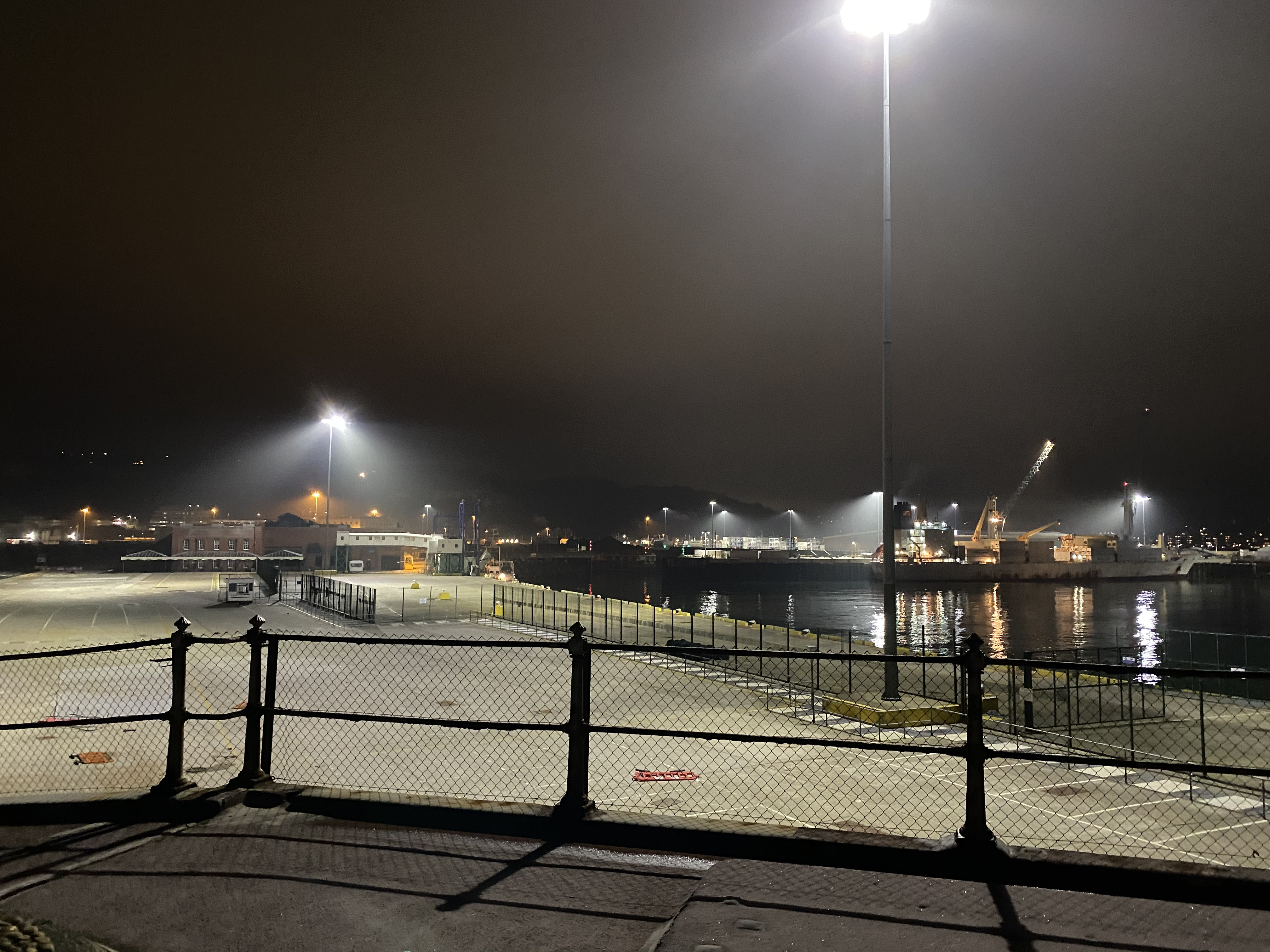 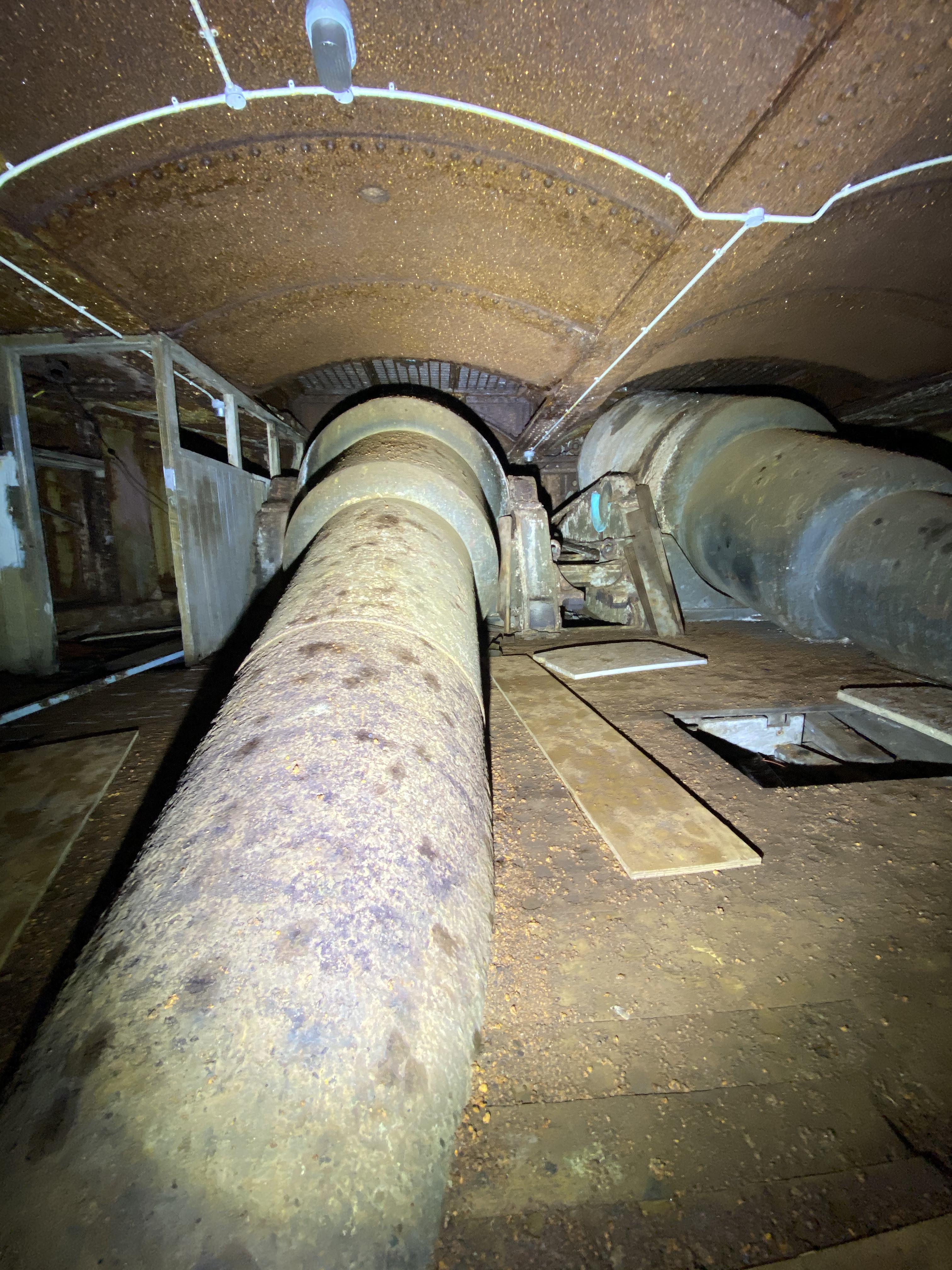 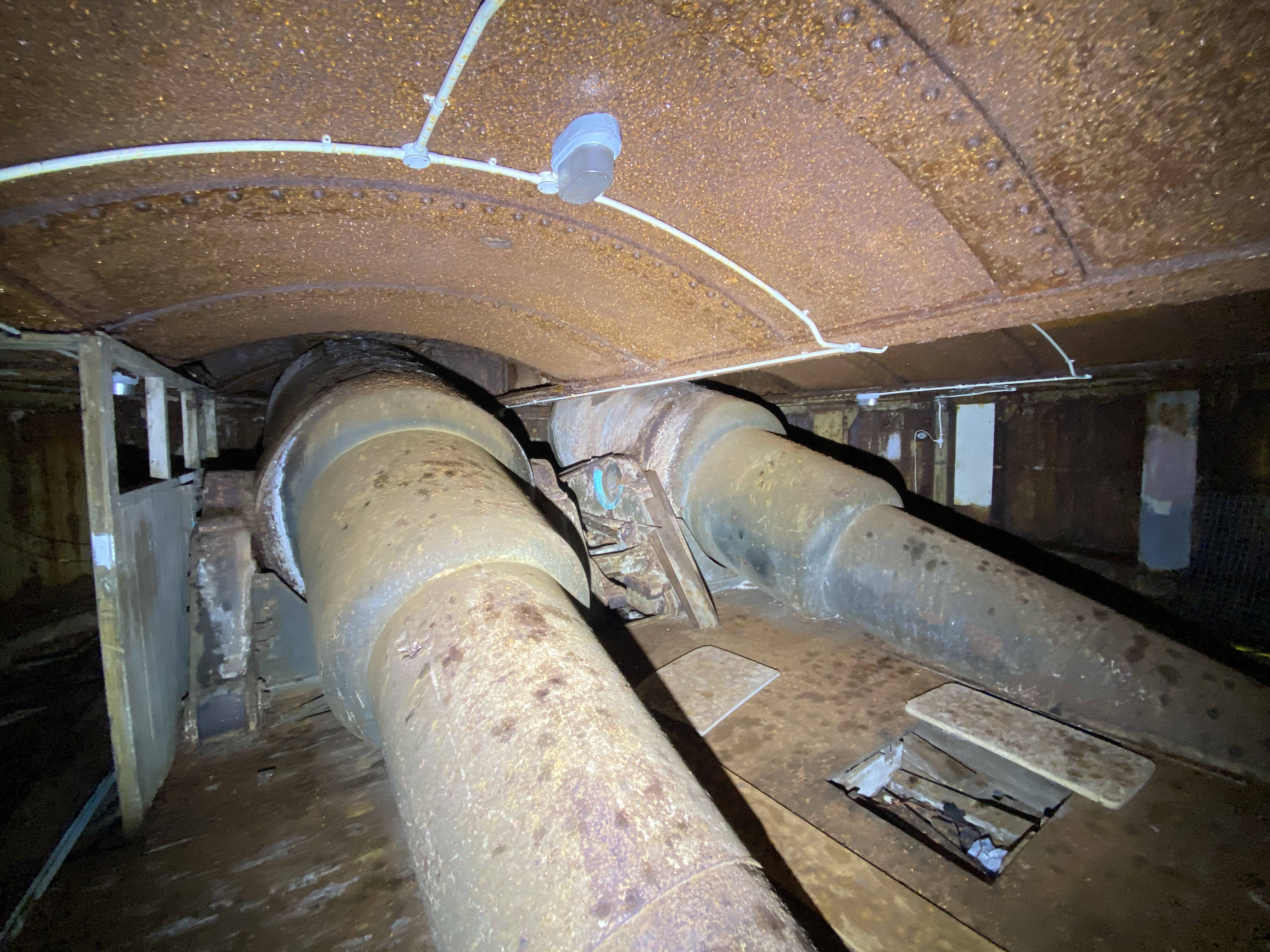 Looking At the Live Shell Store 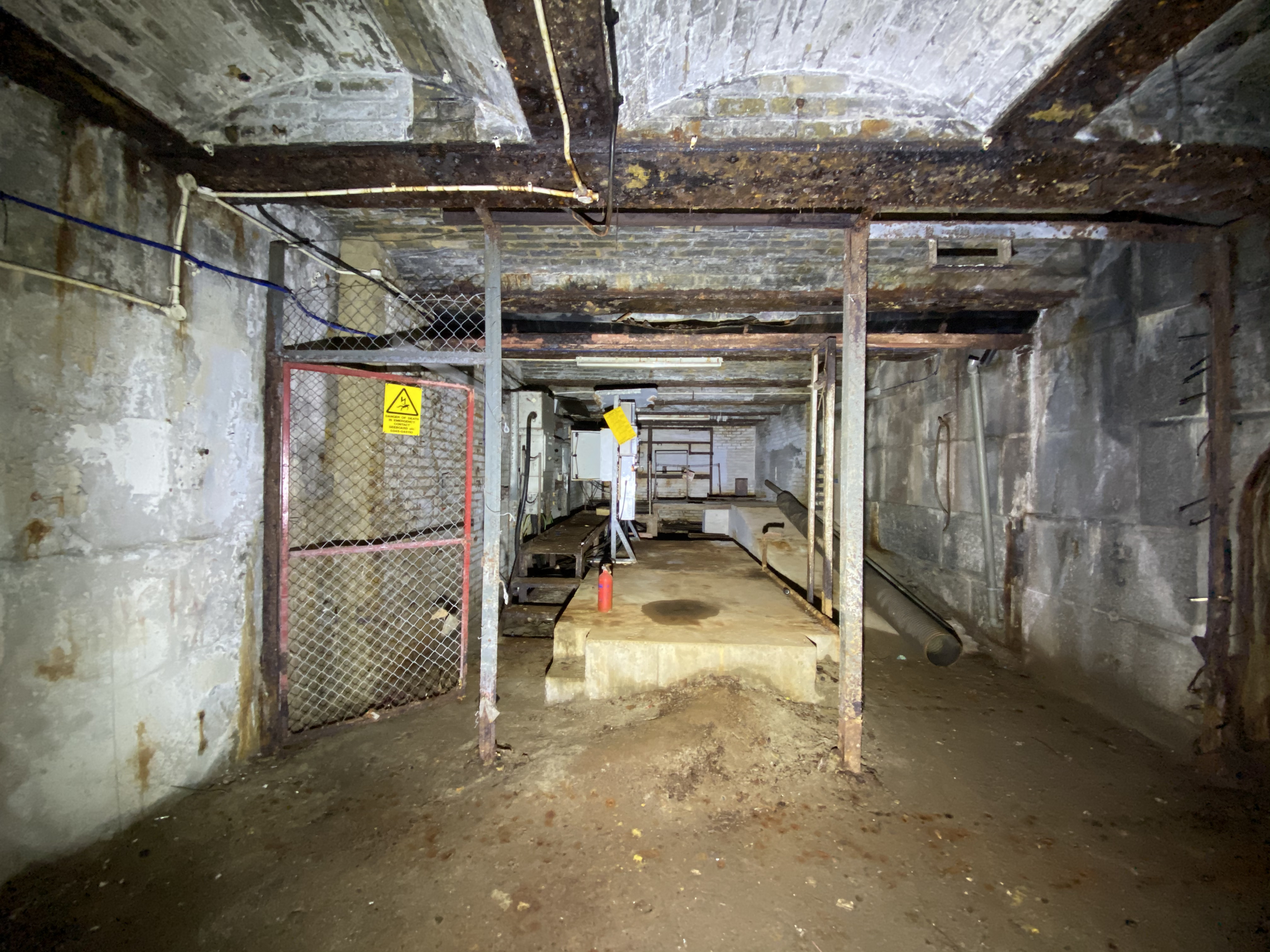 Looking From the Live Shell Store 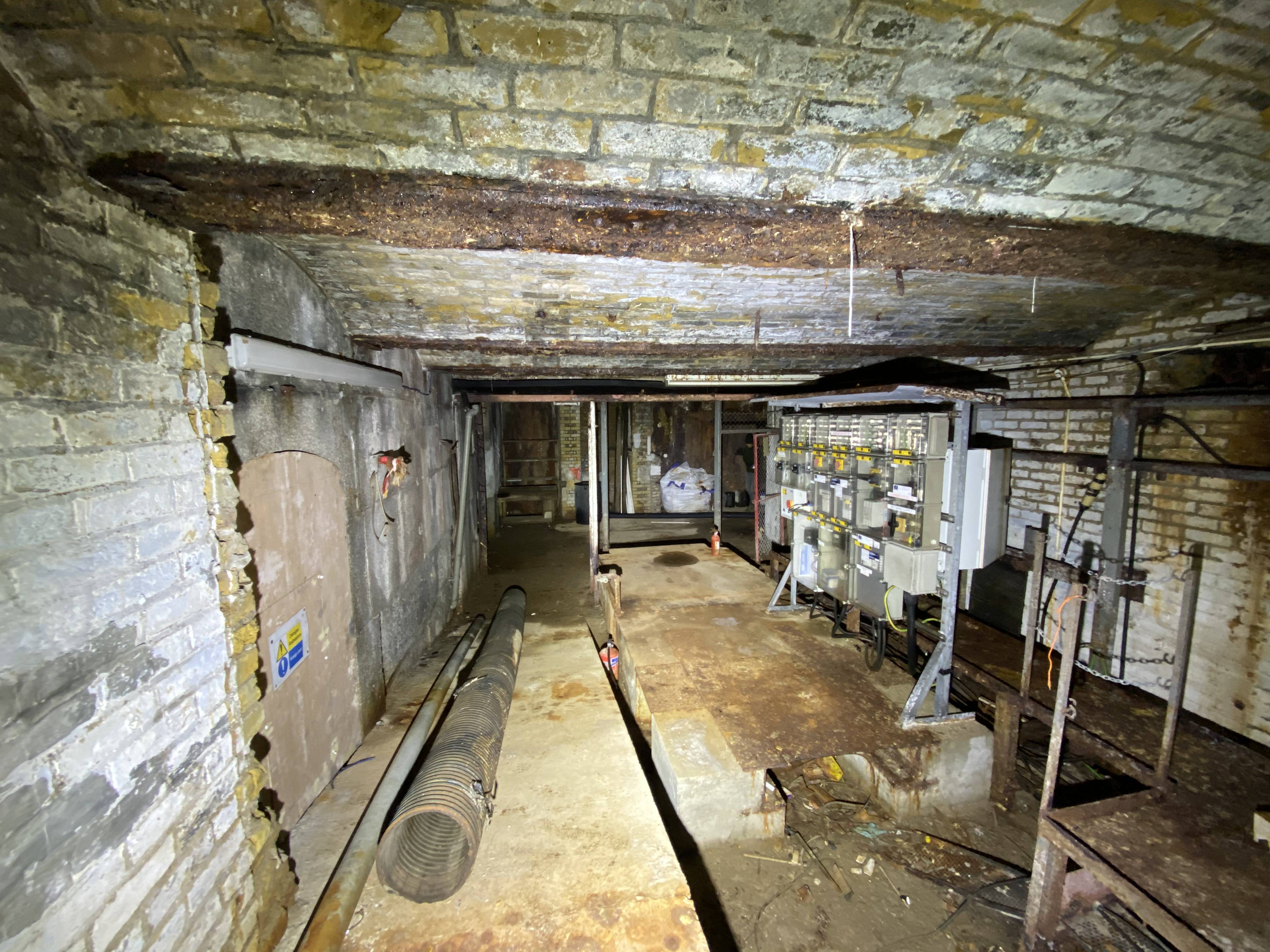 Looking at the Dynamo and Switchboard Recess 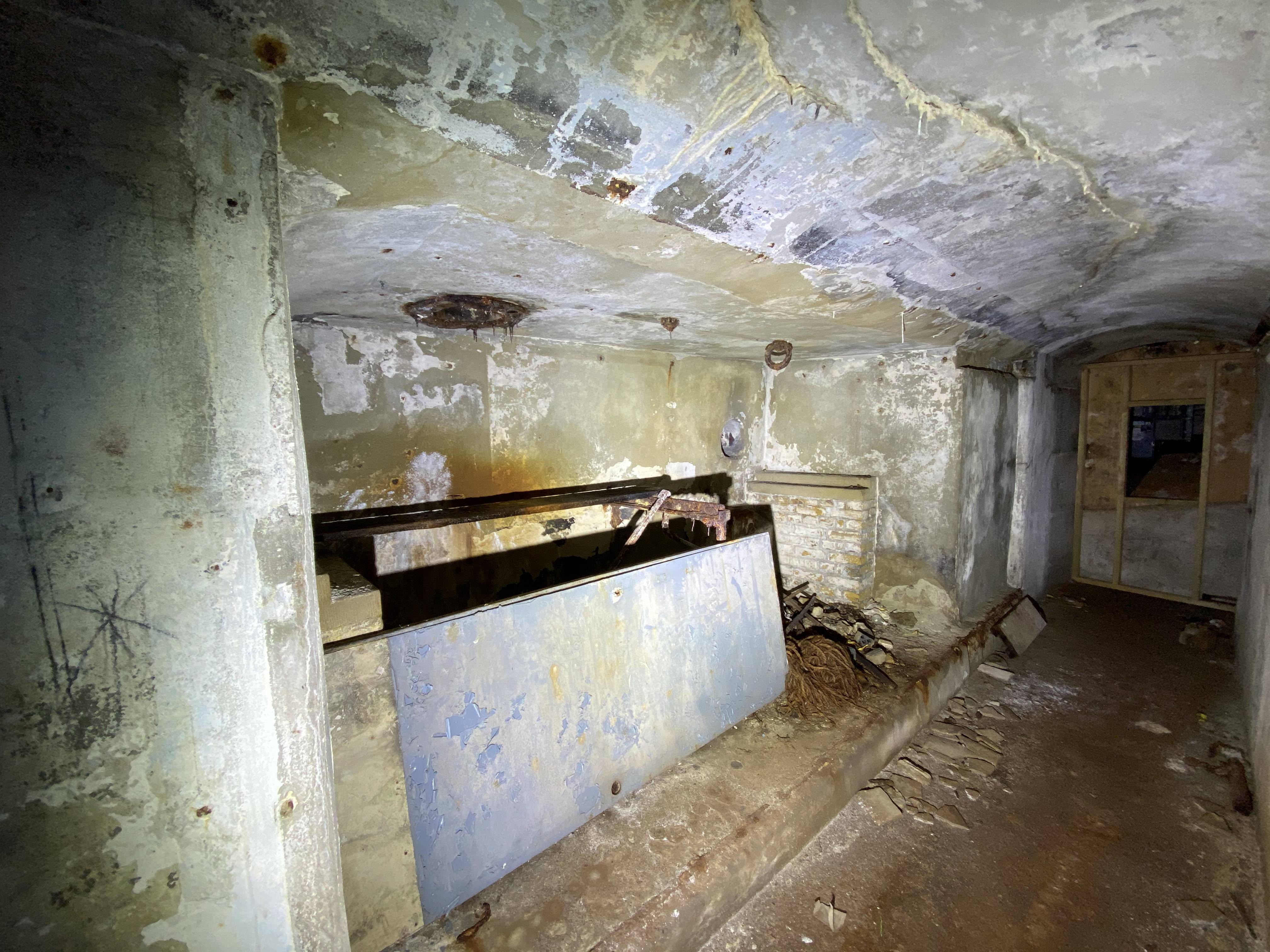 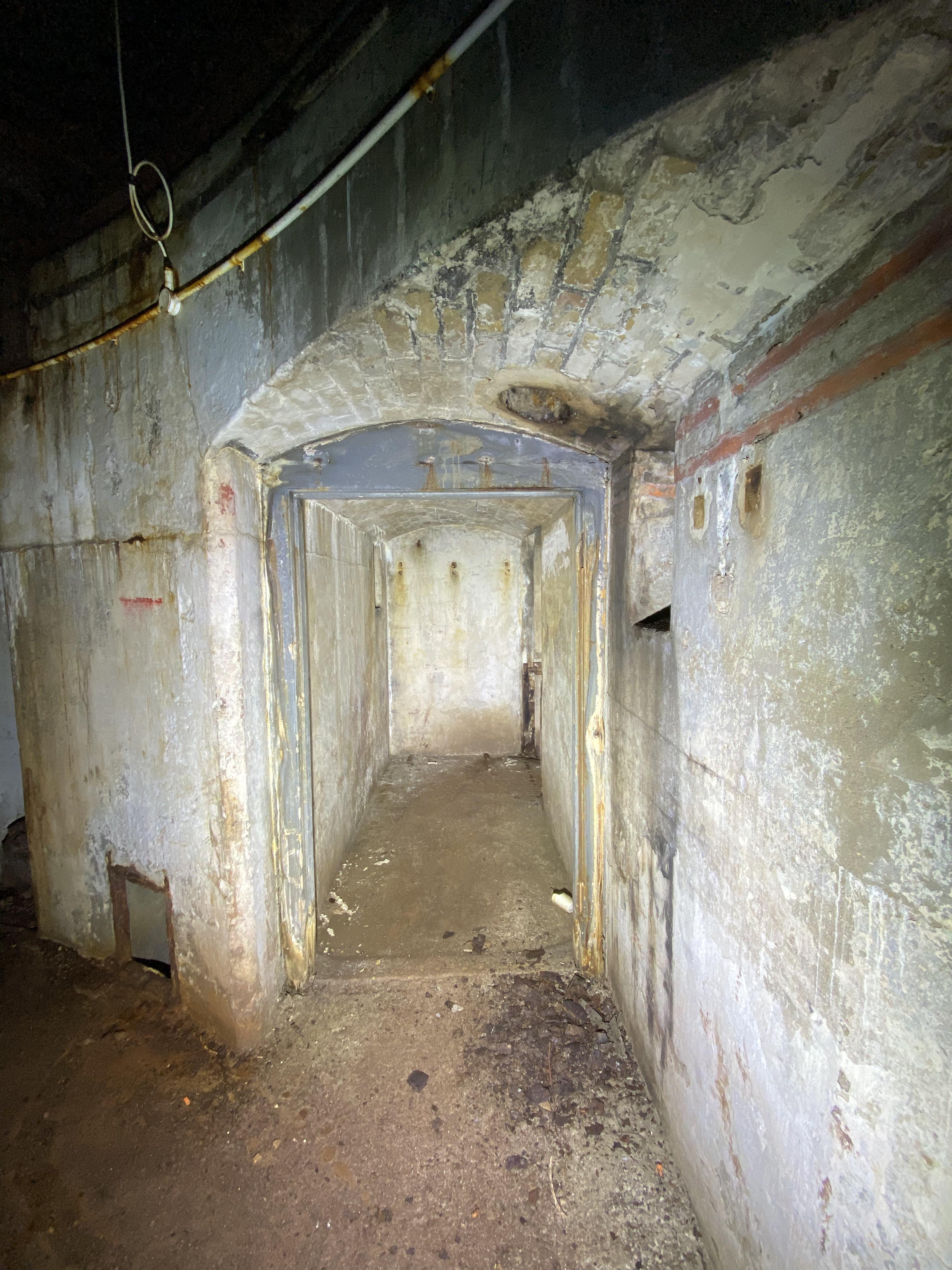 Doors Down To Basement 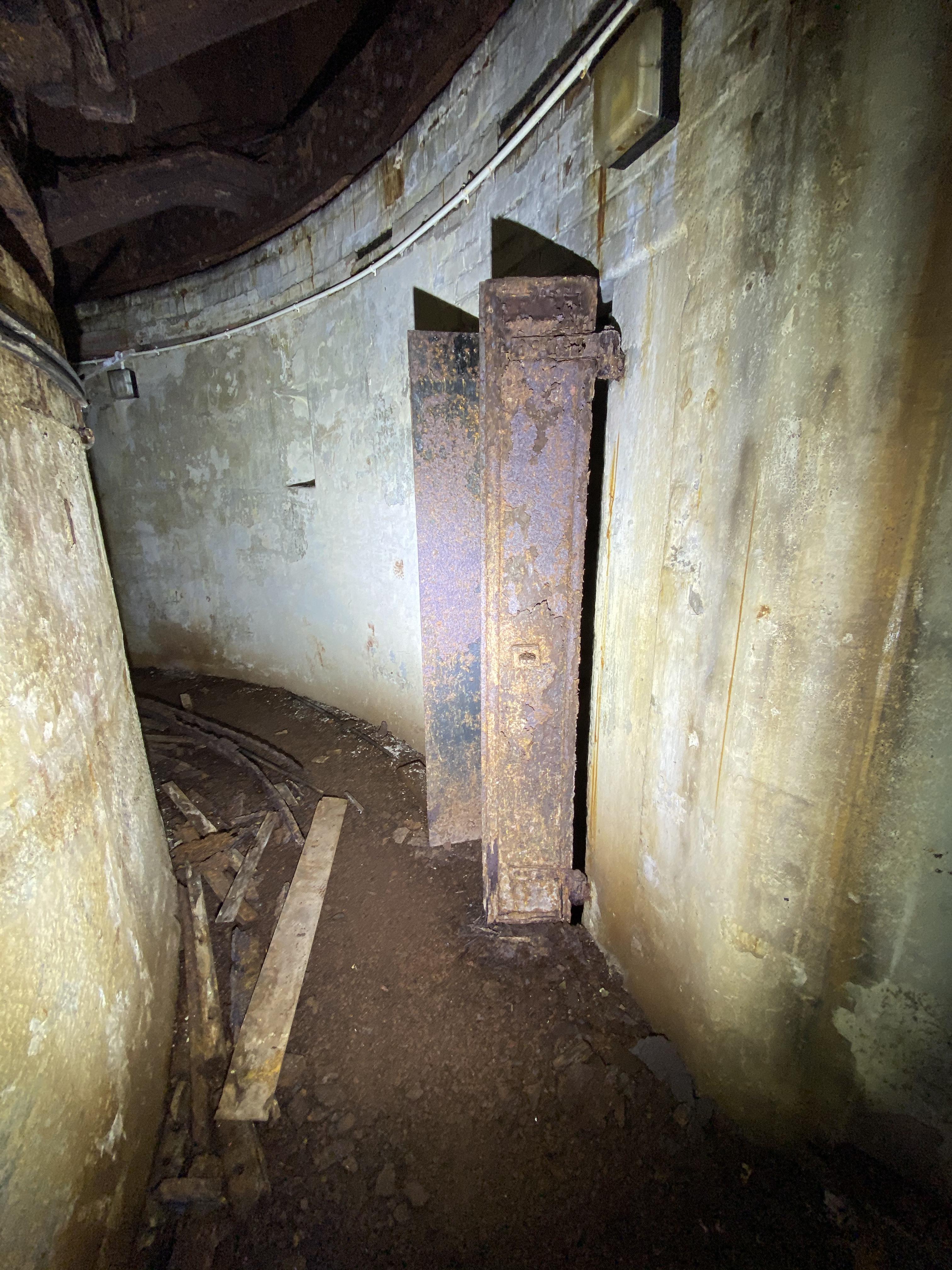 Ladder Down to Basement 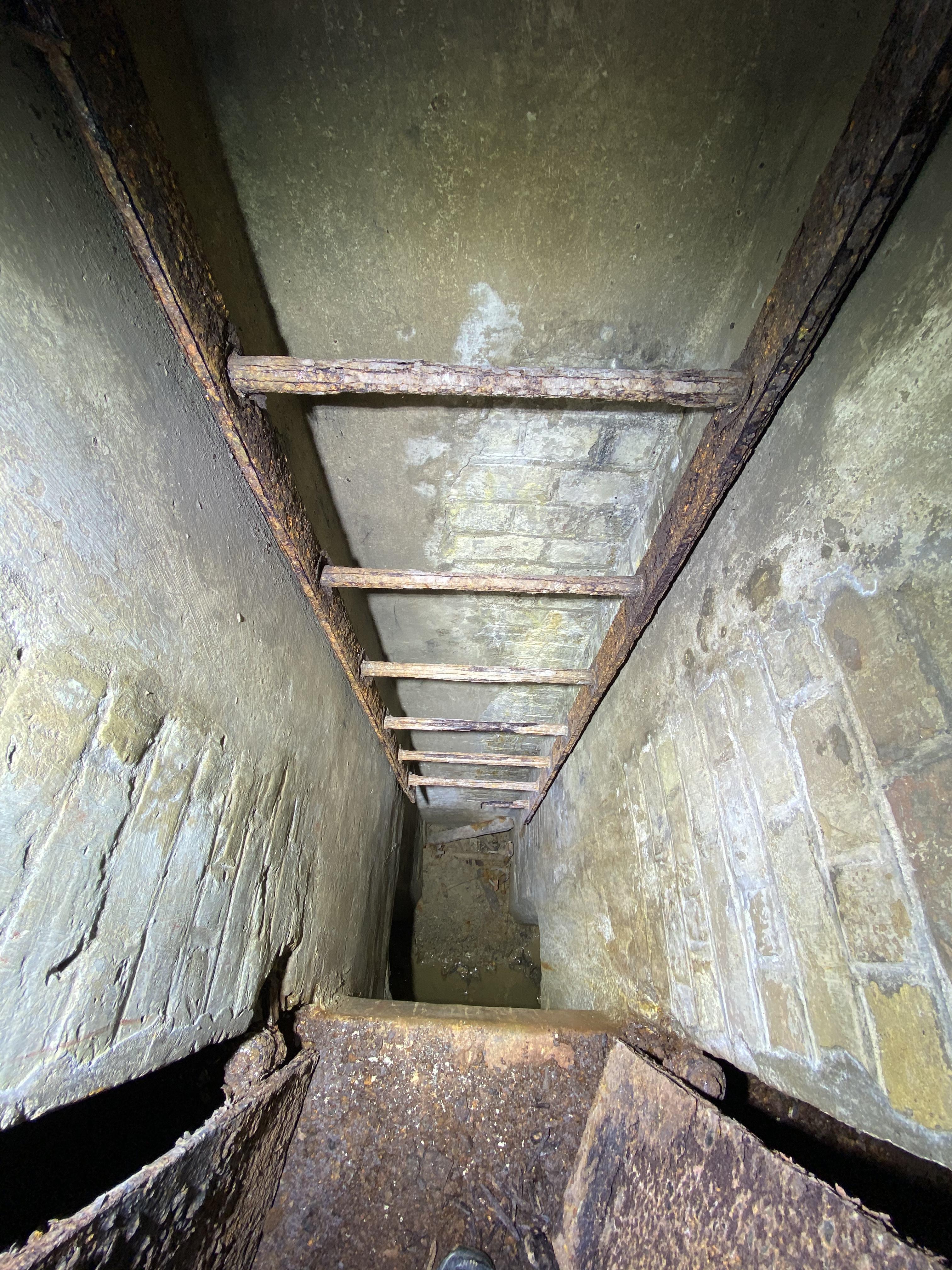 Ladder Up to Turrets 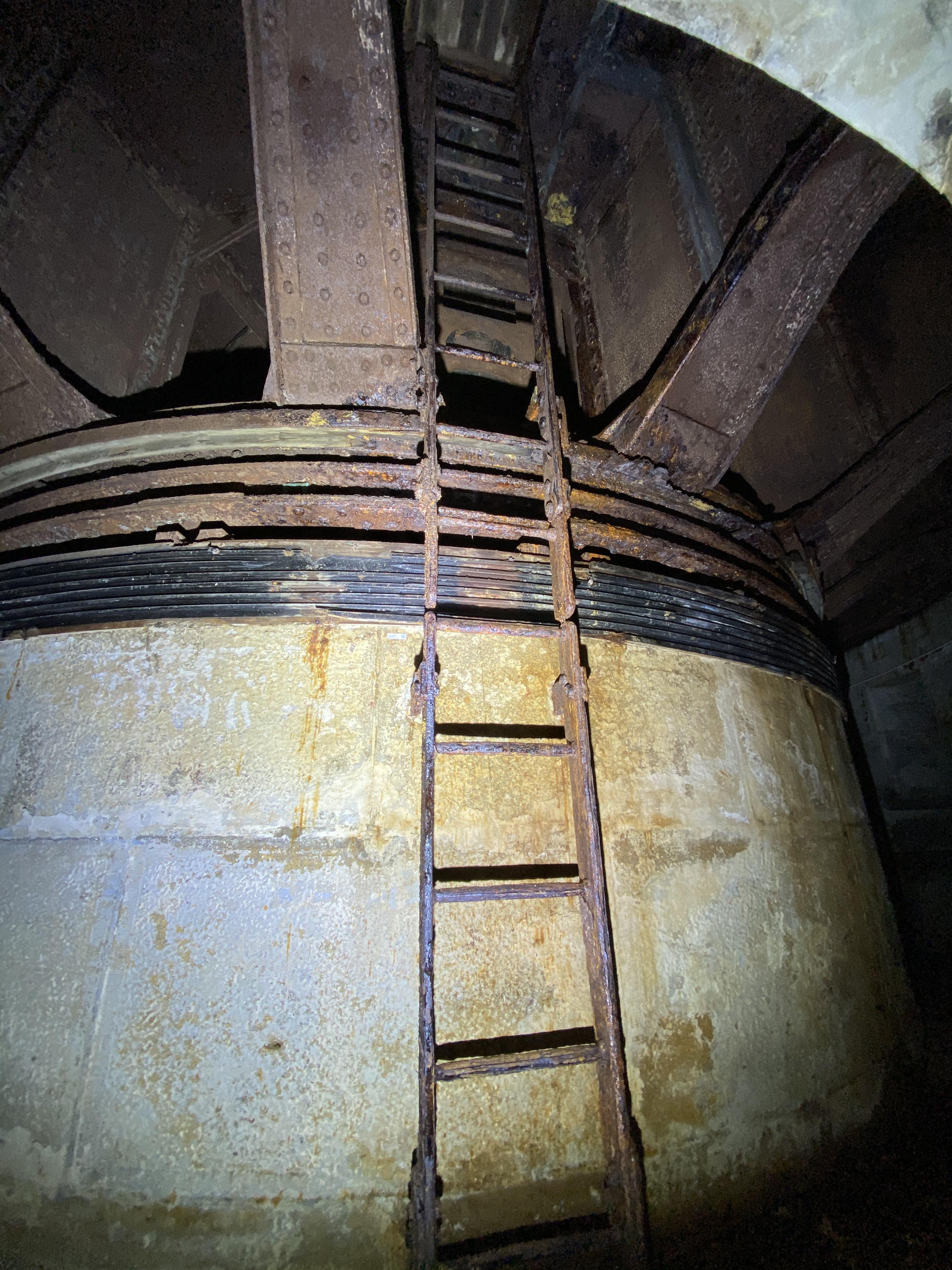 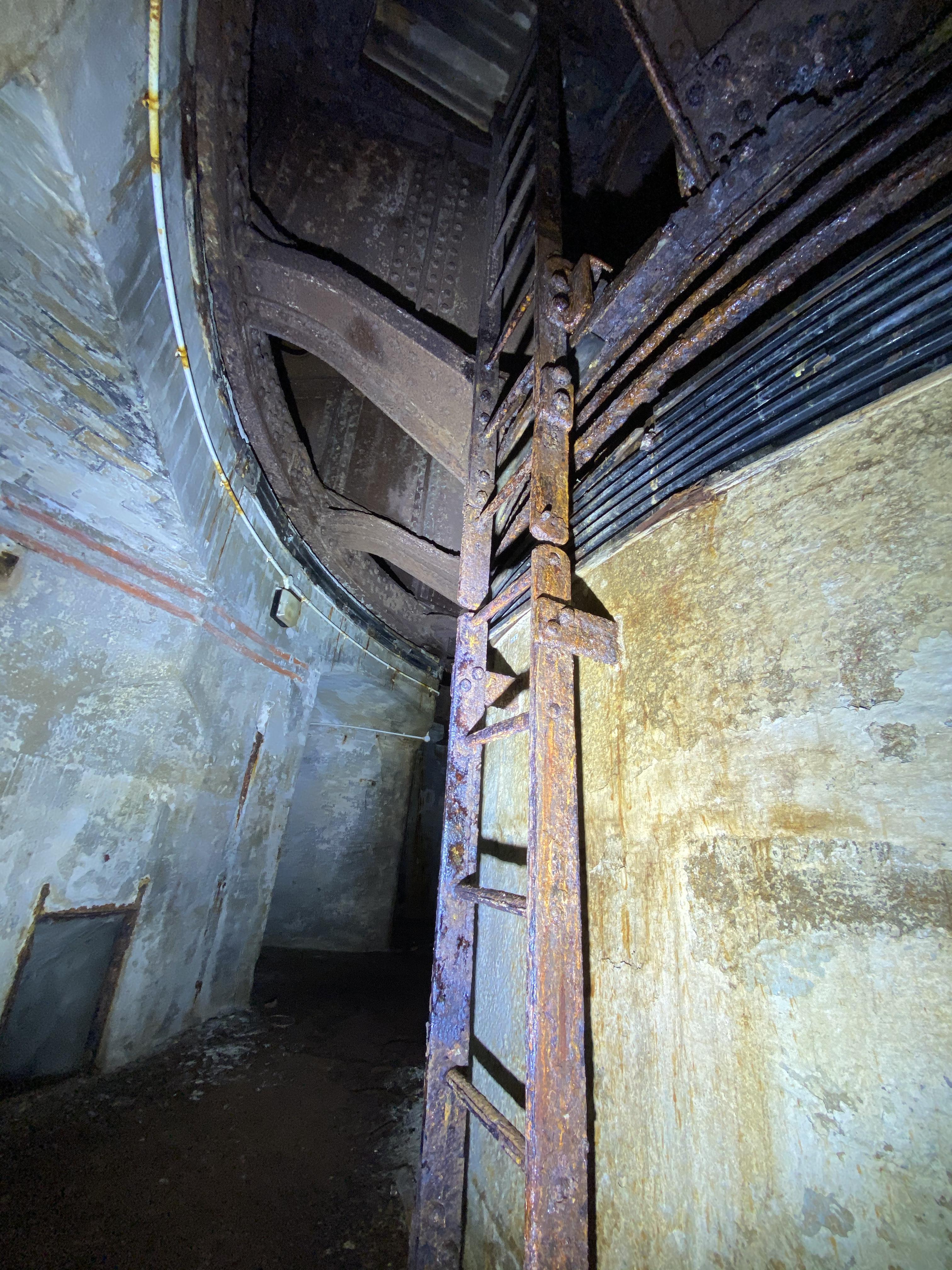 Looking At the Turning Gear for the Turret 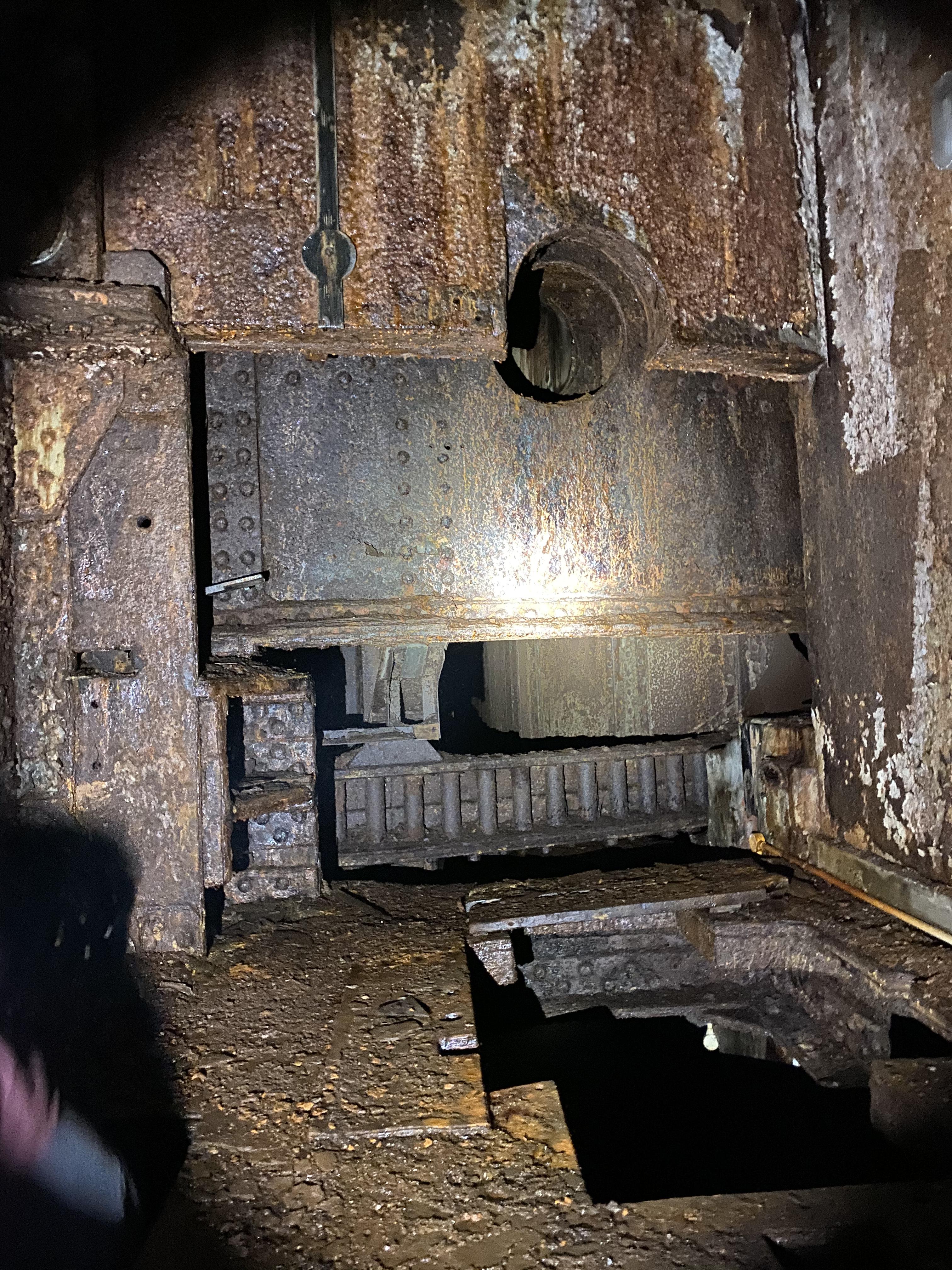 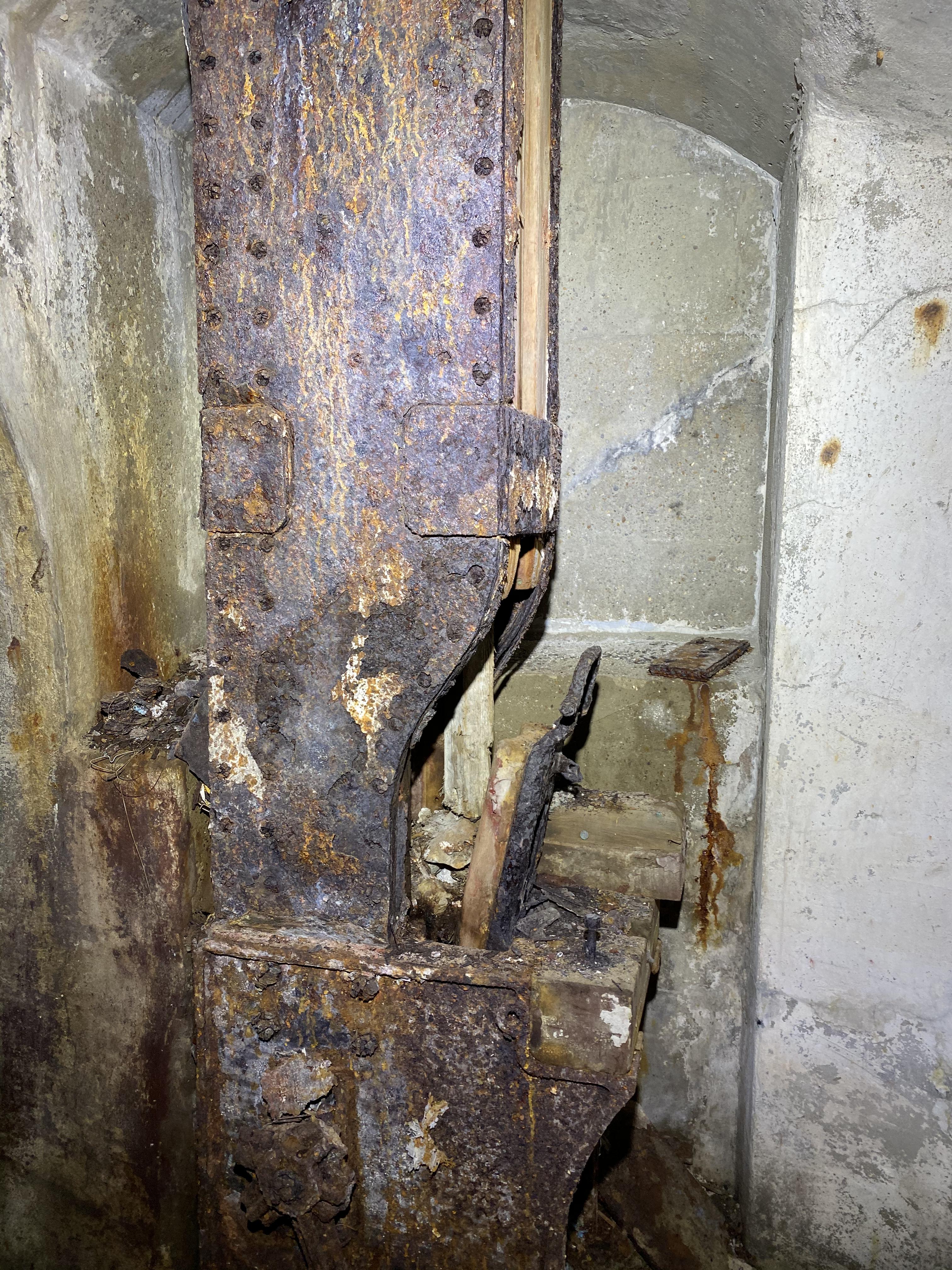 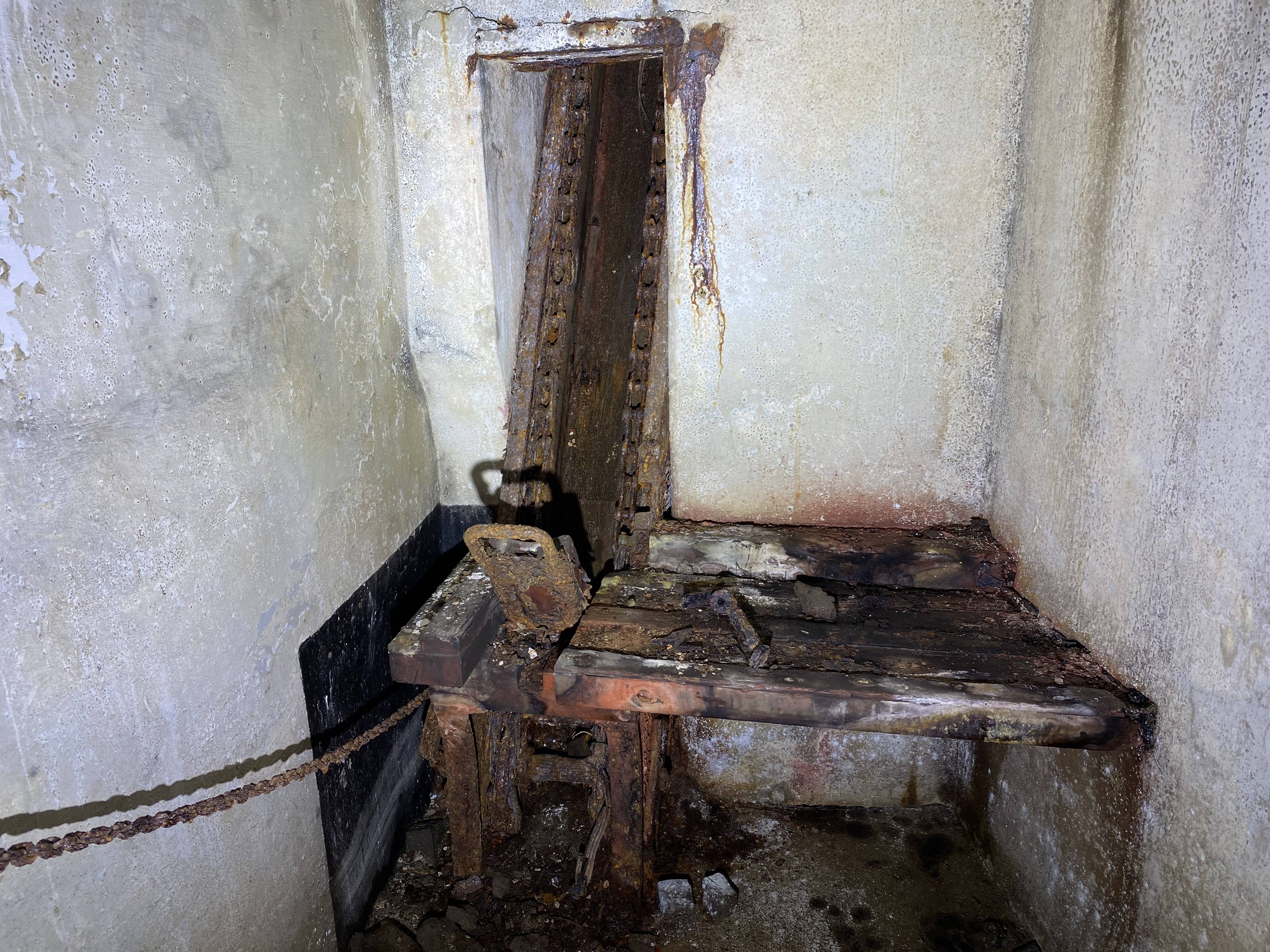 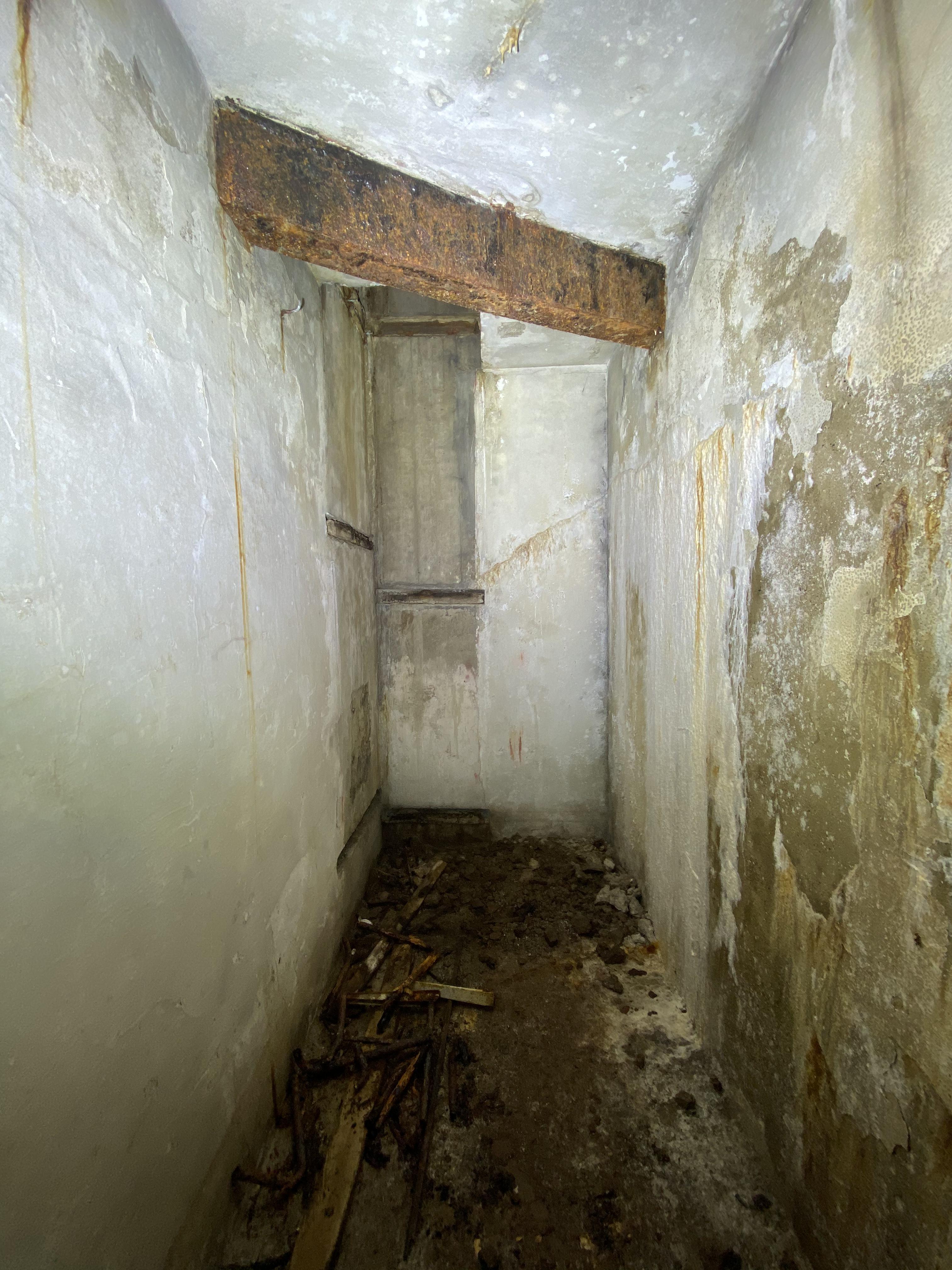 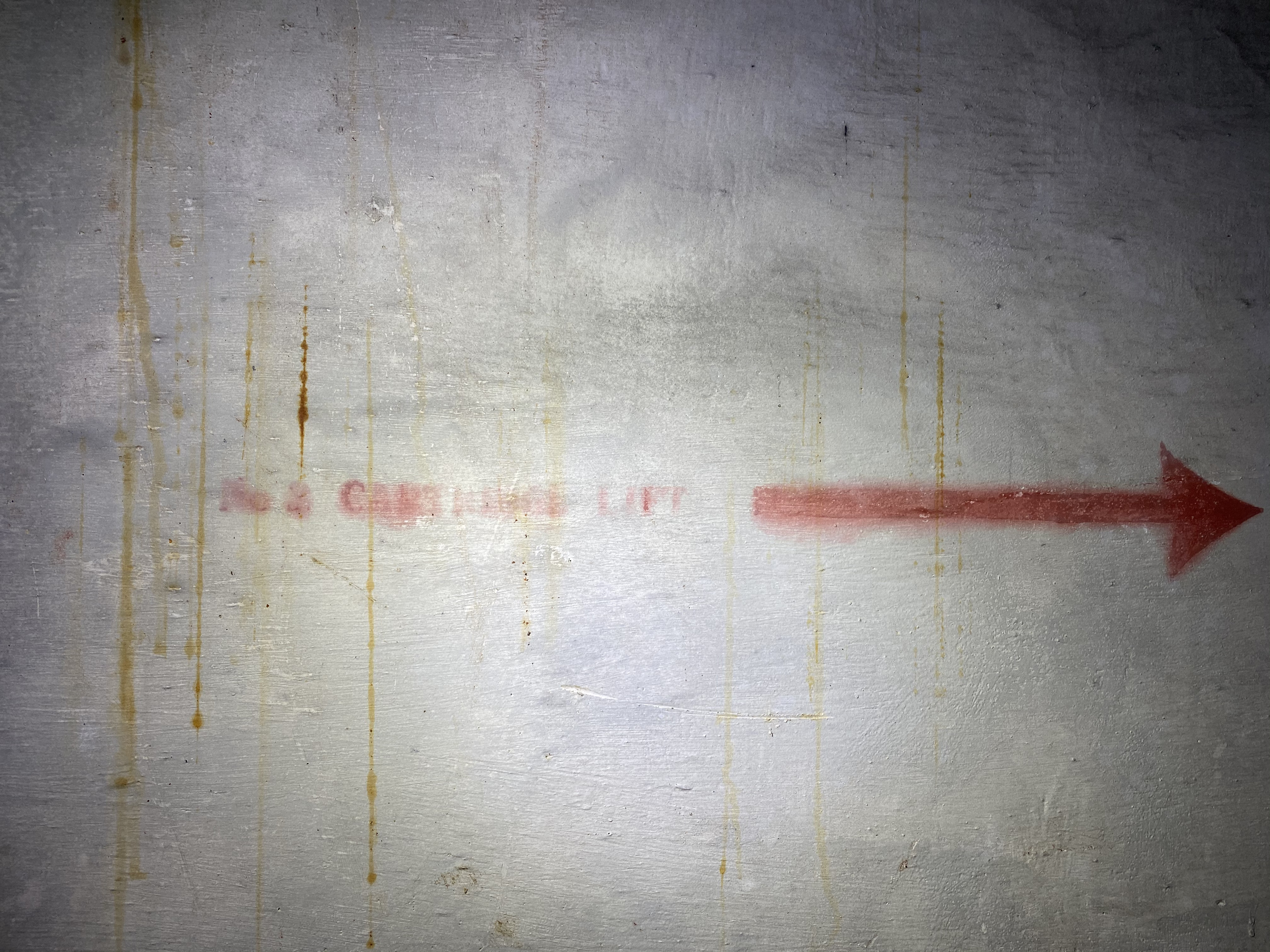 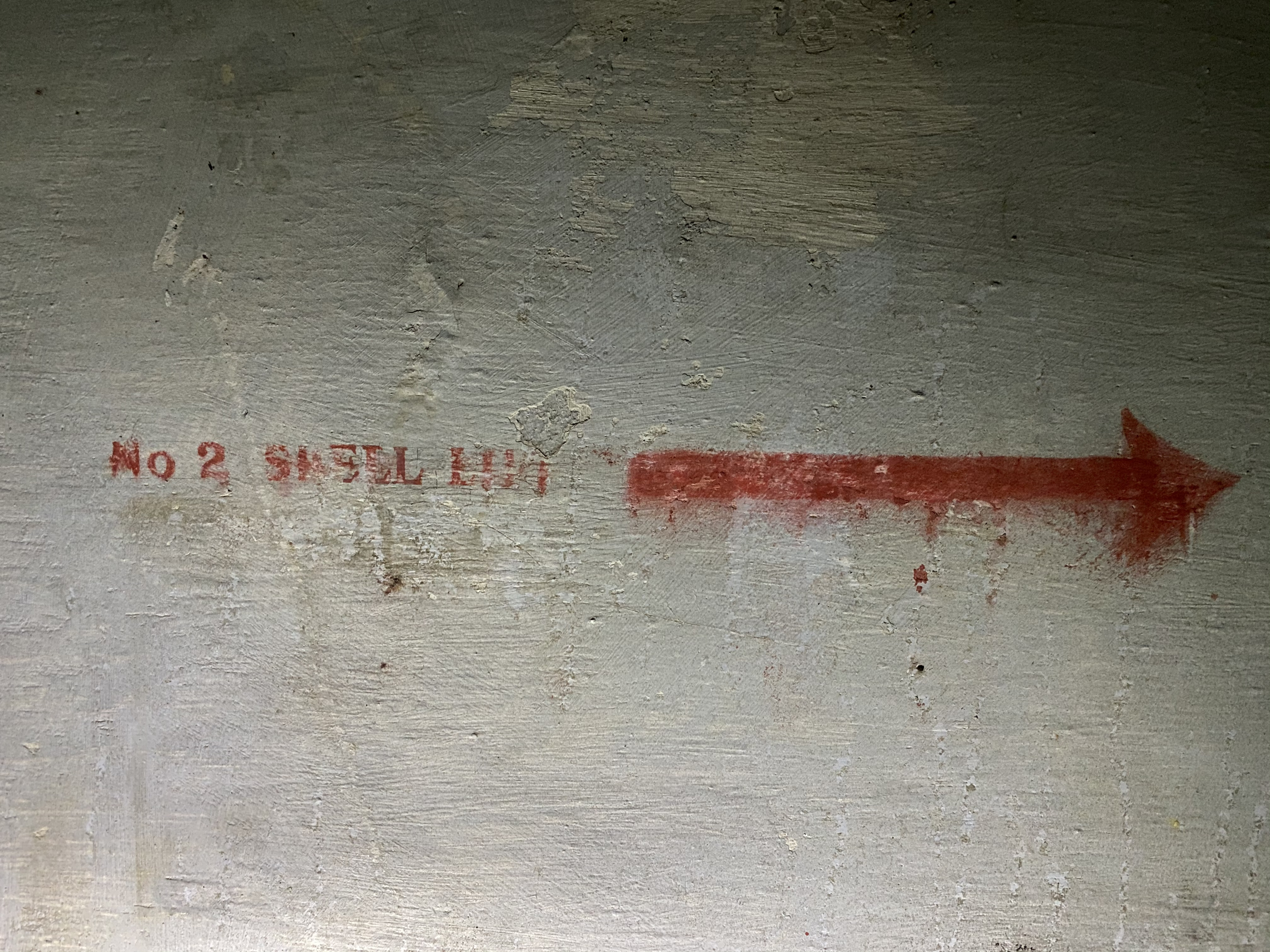 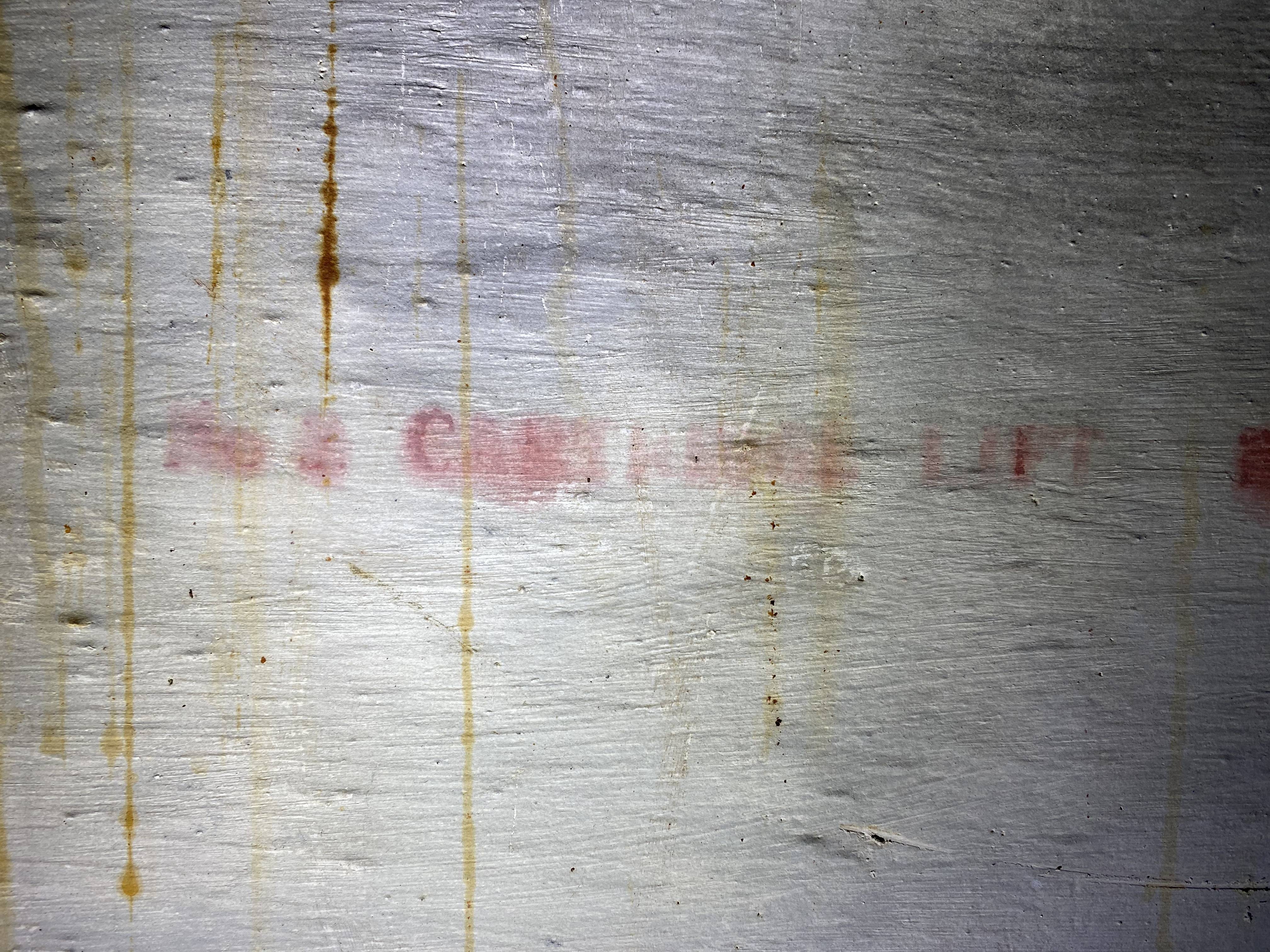 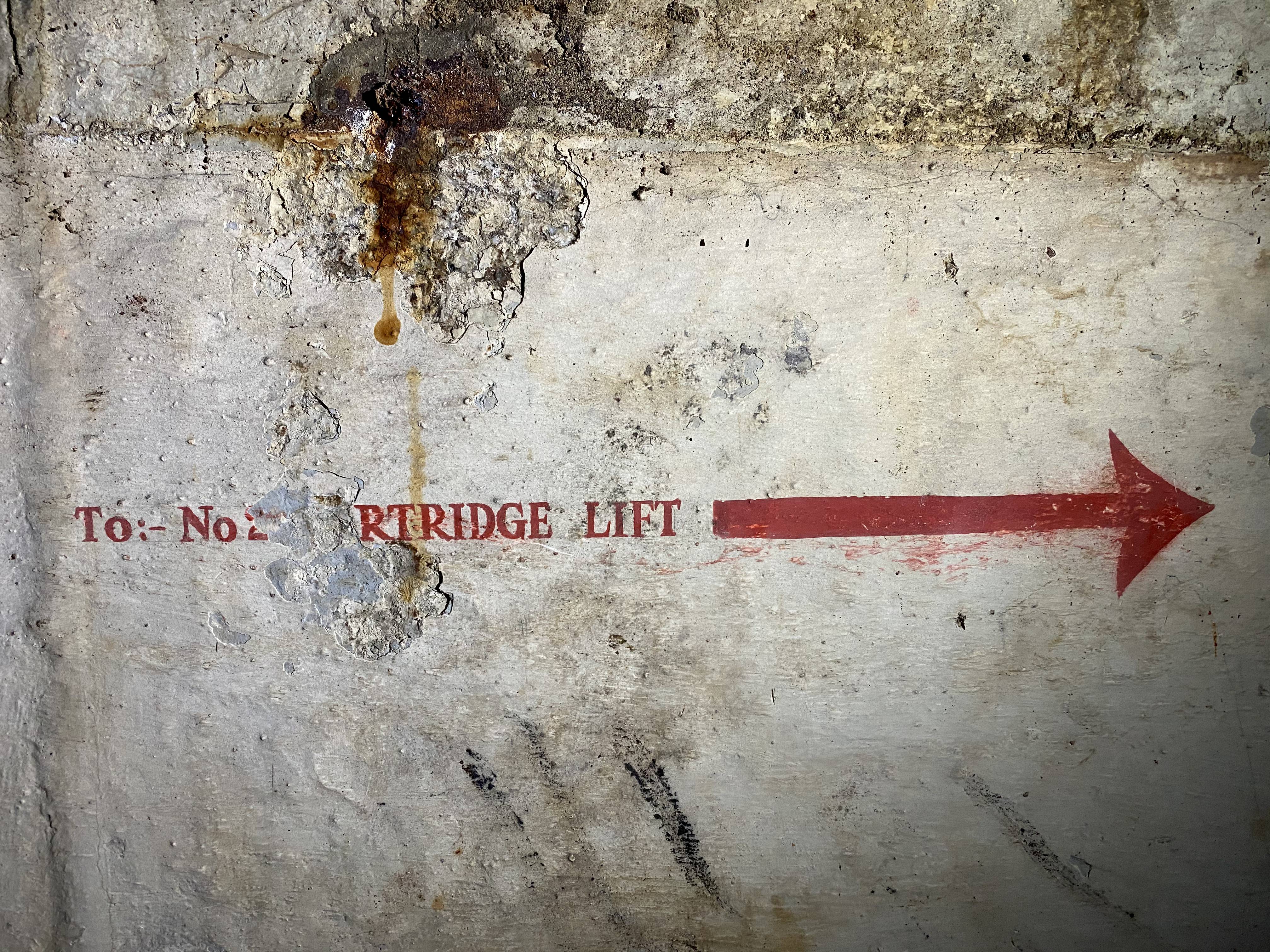 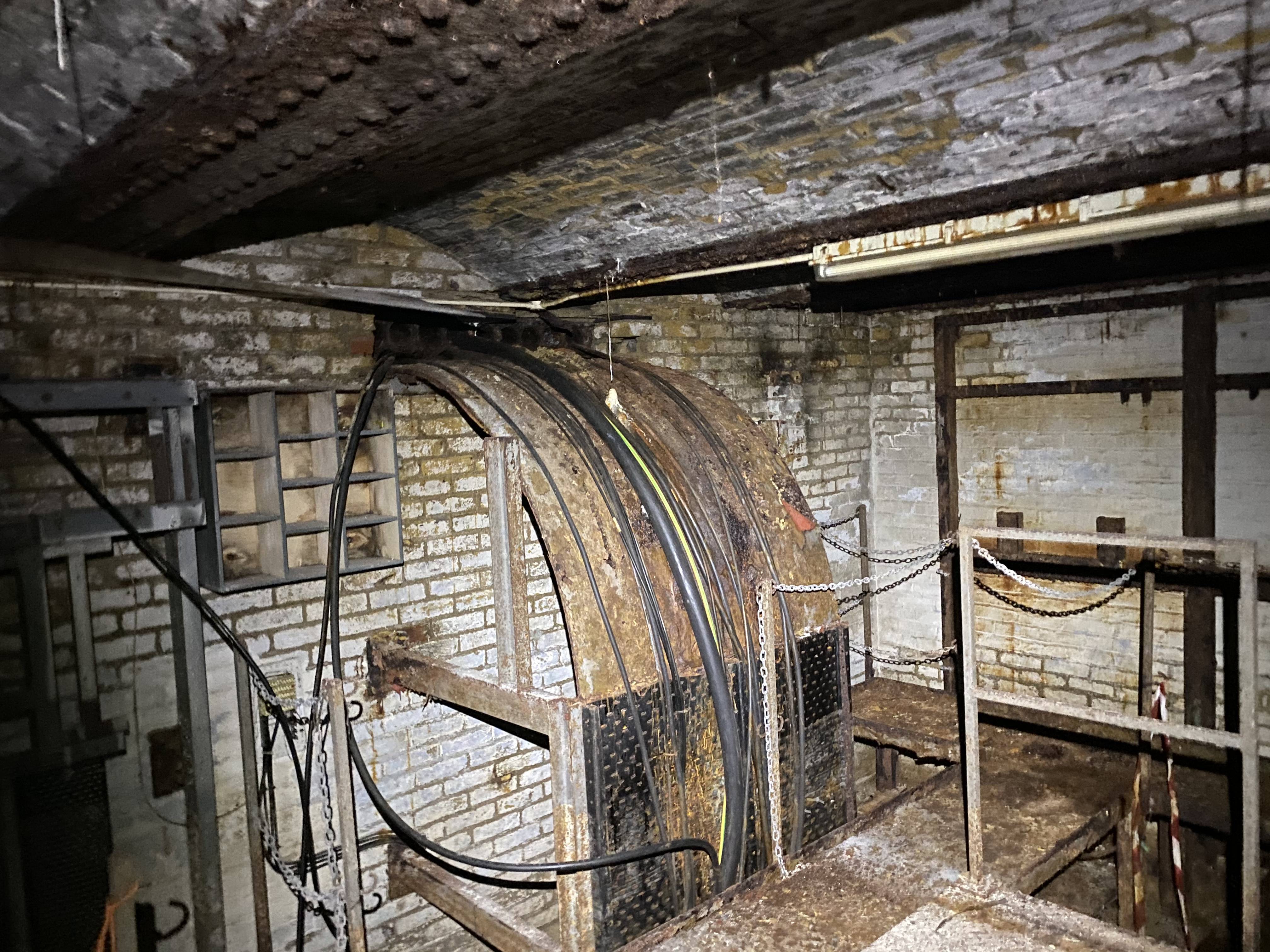 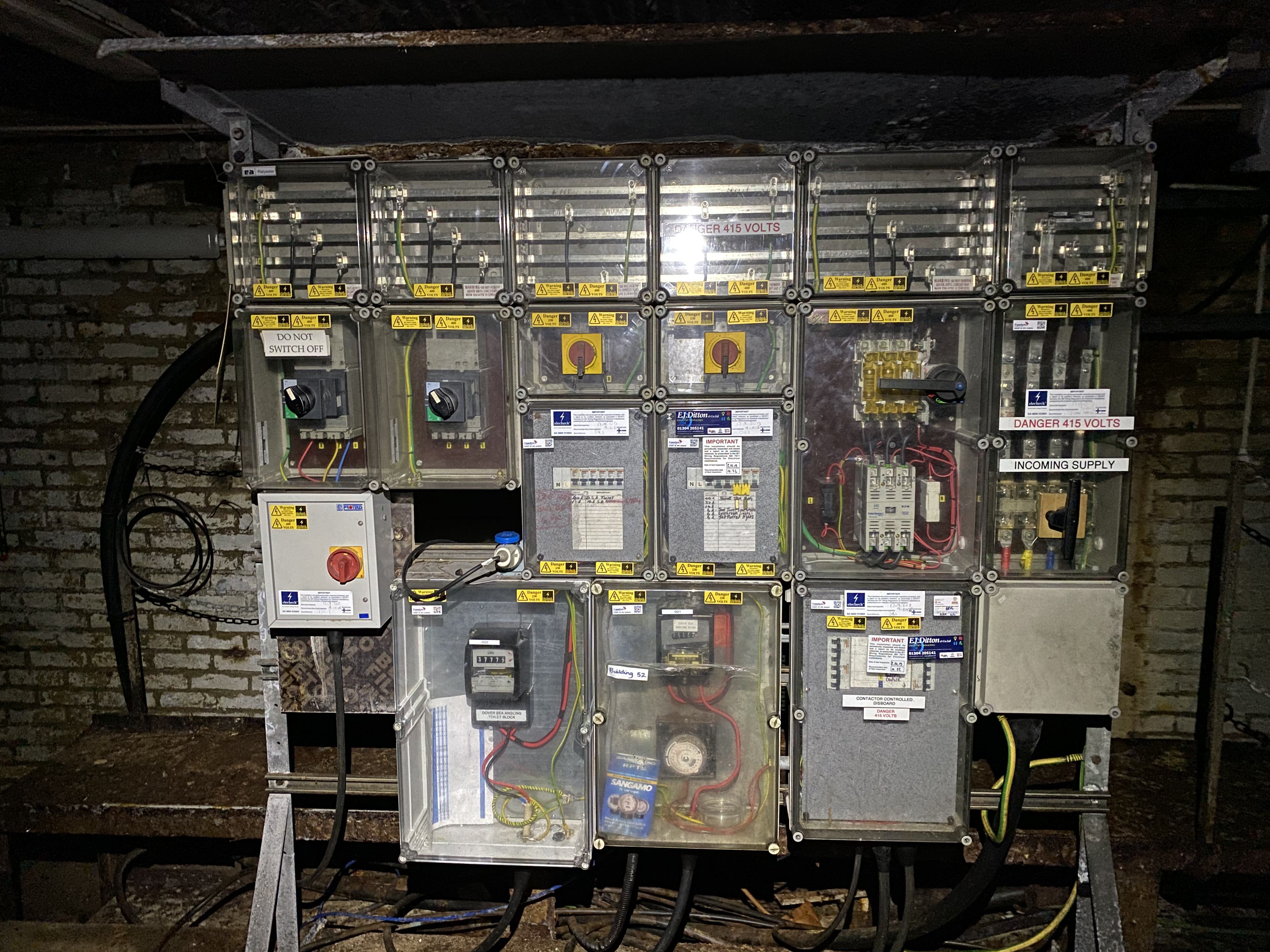 Regular User
Nice research, good photos. Well done on your hard work coming together. Getting this cracked must of been no easy feat.

Calamity Jane said:
Nice research, good photos. Well done on your hard work coming together. Getting this cracked must of been no easy feat.
Click to expand...

Thank you, it was certainly a lot of work figuring out what needed to be done. It's nice to see, maybe one day I'll go back and take some photos with the DSLR. I know @Sausages took some very good photos of this place as he is a master of photography.

Regular User
Smashed it out the park with this one mate. You saw some areas we never managed to see too. It's certainly no easy task even reaching this thing.
Glory is fleeting, but obscurity is forever - Napoleon Bonaparte

Regular User
I spent a while in here and as above, you saw bits i dont know how i missed
RIP DHL​

Wevsky said:
I spent a while in here and as above, you saw bits i dont know how i missed
Click to expand...

Haha, maybe you'll have to get off the sofa and see if it's possible for a revisit

UnknownAX said:
Haha, maybe you'll have to get off the sofa and see if it's possible for a revisit
Click to expand...

I remember how very un ninja like i was getting to the guns the first time round, i dont know how i didnt get bust strolling along
RIP DHL​