28DL Full Member
This is my first report, it is only brief and the reason for this will be explained shortly. I am pleased to accept any criticism and improvement points so please don't hesitate to drop me a comment or a message on how to improve or make better feature reports. - So here we go

Brief History of the ROC and what they where used for post WW2 and the Cold War 1950's:
Background of the ROC and the DNA in which it comprised -
Throughout history, we have always had a method in which to pre warn ourselves of a pending attack. Be that through the lighting of Fire Beacons, Warning Lights, Flags etc. This became the modus operandi of the ROC (Royal Observers Corp).

World War 2 - The Phoney War:
The first months of the Second World War was known as the Phoney War as there where little significant enemy aircraft threat to Britain. However, as the months went on the intensity of the threat to Britain grew in turn meaning the use of ROC in conjunction with the RAF was stepped up. It was Germanys main objective to win the 'Battle of Britain', in order for 'Operation Sealion' this being the Germans codename for the invasion of Britain to become a success.

However, through the use of Radar and Radar Stations, which where experimentally tested by inventor Robert Watson-Watt during 1935 and was developed and operational by 1940, known as the British Home Radar System.
(AMES - Air Ministry Experimental Station)
Chain Home Stations, or AMES Type 1 - Provided long range detection.
Chain Home Low Stations, or AMES Type 2, where shorter ranged, but could detect aircraft flying at lower levels.
Radar Stations where used to act as a early waning system to alert us of any enemy aircraft approaching the British Coast. However, once the aircraft had crossed the coastline it become the job of the Observer Corps to offer the only means of tracking them through the network of strategically placed Observation Posts (OP's).

It was during this period of July-October 1940 that the Observers Corps was pushed to 24hrs a day plotting, monitoring and recording aircraft, and passing critical information to RAF groups and sectors. The Blitz was the beginning of air raids on civilian populated areas such as cities and towns and it was the responsibility of the Observers Corps to identify and issue Air Raid Warnings.

Approach on Foot -
Walked North up the track that was parallel too the fence line of MOD Boscombe Down
Once inline with the ROC, I cut over the mini hedge line off the track and headed west across the field until I reached the ROC itself.
Upon approach to the ROC;
Visibility - Poor and the Light Fading.
Last Light - 1607HRS
Ground - Flat, Muddy.

The ROC Itself -
Condition - Open/Hatch Damaged (Supporting Arm bent out of alignment, Hatch can become stuck and takes a tad bit of force to remove the hatch arm from the lock off)
Surroundings - Fence Surrounding the ROC is Damaged and missing in areas. Slight bit of litter but overall the area itself is in pretty good condition.

I didn't go inside the ROC due to the poor visibility and the fact light was fading rapidly, so I didn't get the opportunity to take photos that would have been of good enough quality to upload to this report. So I am going to go back at a later date and take some quality photos and the I will also report on the state of the inside of the ROC.

Links to sites that helped with my research and supported me throughout. 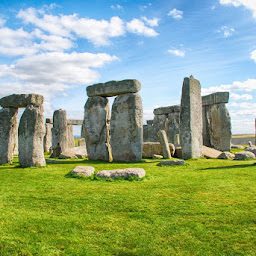 The history and heritage of the Royal Observer Corps from creation in 1925 through to final stand-down in 1995.
www.roc-heritage.co.uk

Thank You for taking the time to read my first report.
Please don't hesitate to comment or suggest feedback - you are more than welcome too?
Thanks again,

Queller of the uprising

Regular User
I wouldn’t particularly call this a report as you’ve uploaded nothing other than information and details of how you weren’t able to take photos due to the fading light.

Don’t let that dishearten you though as I can see you’ve put in a bit of work, I’d just personally include the above next time you get your photos as a sort of ‘failed visit’.

Have a read of this guide to help you posting a report for next time:

How to Post a Report Guide | New Members Introduction

28DL Report Posting Guide 1.) Getting Started Click on the 'Post Thread' button towards the top right of the window. 2.) Title and Thread Type Give it a title and select the thread type from the drop down menu. You have basic formatting tools at your disposal to align and change fonts...

Nonethless, not a bad first effort and a lot higher quality of what we normal see!
Do you want a meet-up? Click here

28DL Full Member
Thank you very much for your advice, I will take your feedback into account and use it for my next report!
Once again thank you.

Regular User
Look forward to the added photos when you do them. Get detail and research there. I think you just posted too soon without the shots, otherwise this would of been a great report. Btw why add the time in title?

28DL Full Member
Im hoping to get back there today and hoping to get the pictures taken. Thank you for the comment and no particular reason for the time I suppose just force of habit.

huntez99 said:
Im hoping to get back there today and hoping to get the pictures taken. Thank you for the comment and no particular reason for the time I suppose just force of habit.

That will make this a great report. Just be careful about revealing days your going & time, just makes for an easy nick. We tend to just say a mth. But hope all goes well, when ever you revisit