Regular User
I'm not very keen on the Barbican as either a piece of architecture or as an answer to the socio/economic needs of post war London. To me it's just a huge pile of concrete bollocks with three large tower blocks full of shitty shoe box homes that are all completely identical. To compound this it's also a) totally impossible to find your way around it b) it's uniformly dull c) un welcoming. In other words, a stereotypical high rise pile of crap. To cap it all it's actually fucking listed!

Why it's listed God only knows. As recently as 2008 Victorian gems like the Smithfield Market's were threatened with demolition yet we are stuck with this monstrosity for the rest of eternity. If they had built this in East London then I swear it would have long since been demolished. As it stands, only the rich can afford to live there, so it remains, well looked after and extremely expensive and totally missing it's main reason for being there, socially affordable housing.

But what it does have, and I this I like a lot, is over three miles worth of underground service tunnels.

I visited the place four times altogether, it being rather convenient for me as it's just up the road from where I work. Generally the plan was to have a couple of drinks of a Friday evening and then wonder in, bugger about for about an hour, then fuck off home. I think I've covered mainly the middle areas of the estate without ever venturing that far into the complex, from what I've seen of other explorers pictures.

For me it's a really interesting place if your into underground stuff, but I have to admit it's all quite "modern", which isn't to everyone's taste and, to be fair, it can be a bit repetitive after a while. However, seek and ye shall find, there is a fair amount of variation and lots of pleasing details buried there in. 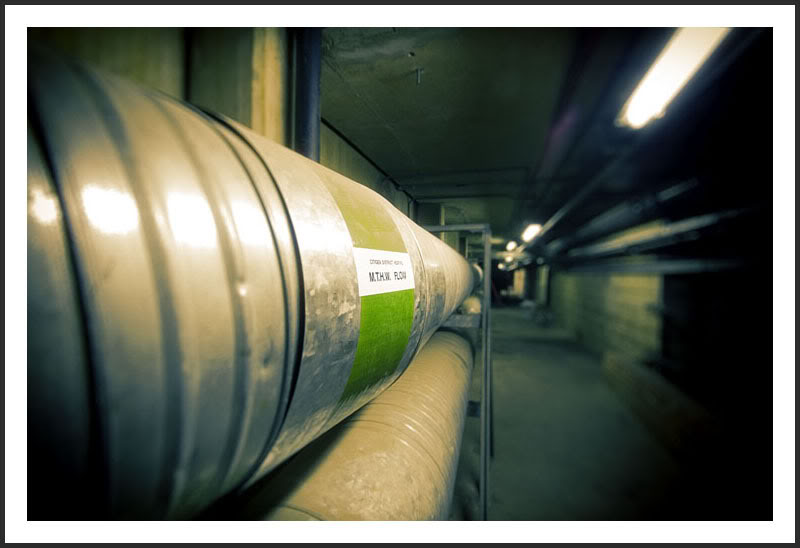 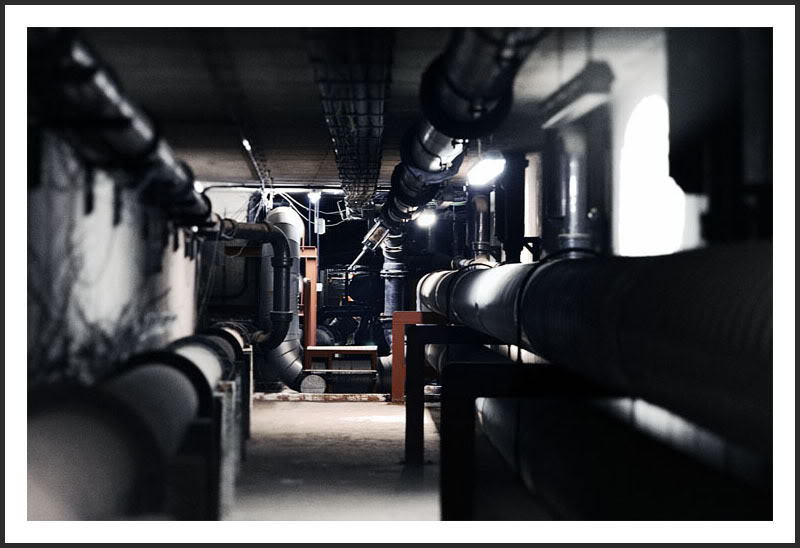 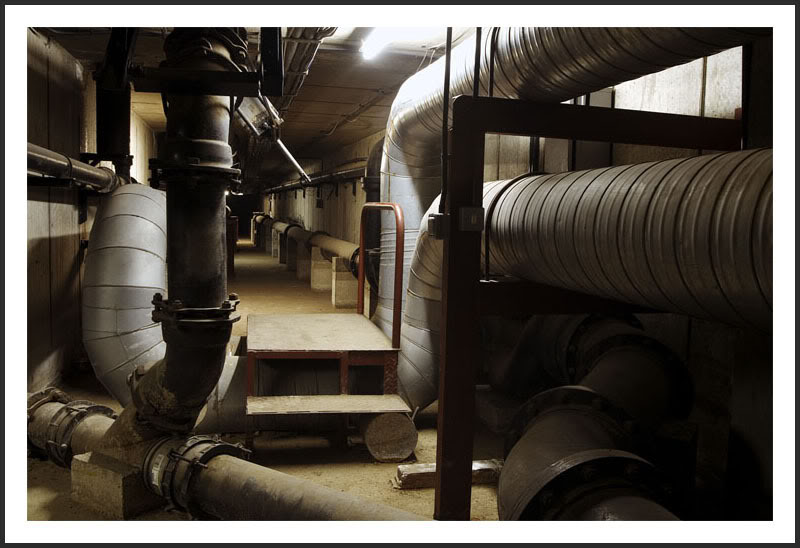 Occasionally there are some very nice technical drawings scrawled onto the walls. 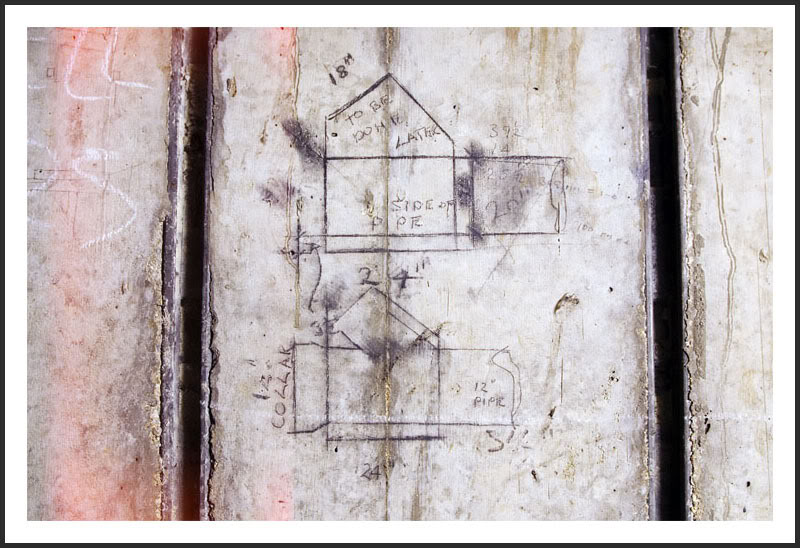 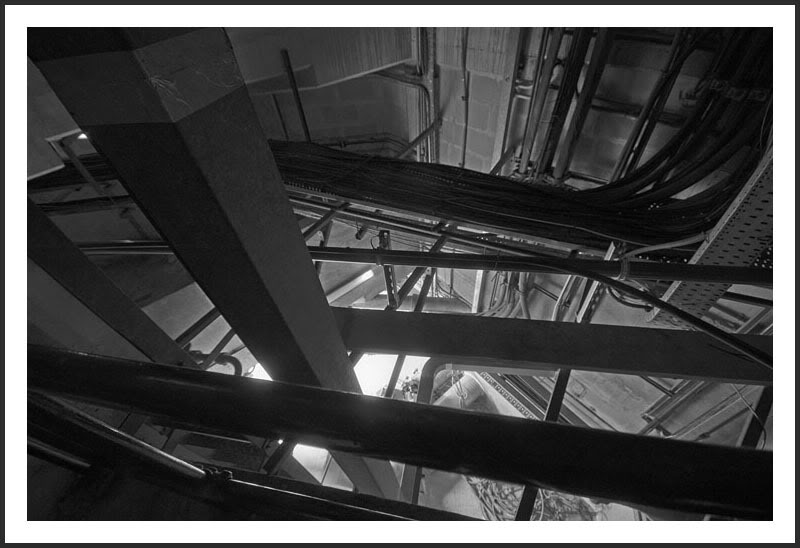 Some are so small it's quite a squeeze to fit through them - so I guess it was too much effort to secure the cables properly in this one. 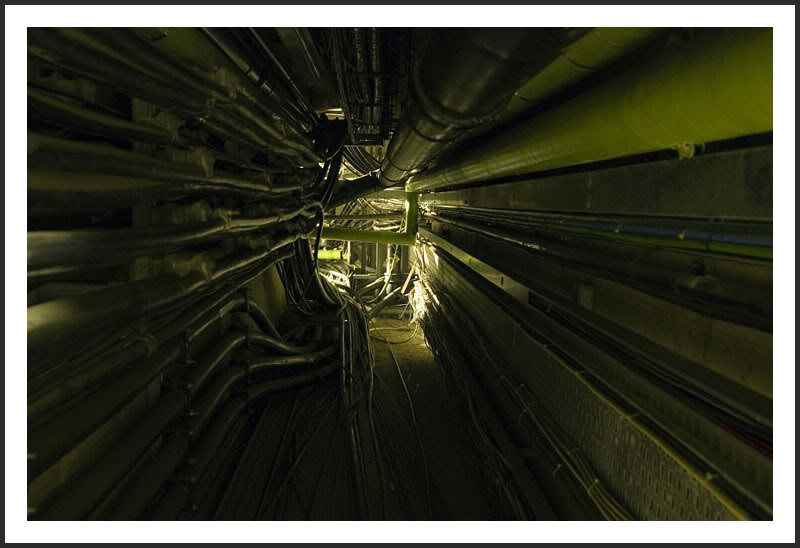 The bend radius on these SWA cables is so gentle it's makes these fantastic shapes, almost like a racetrack. 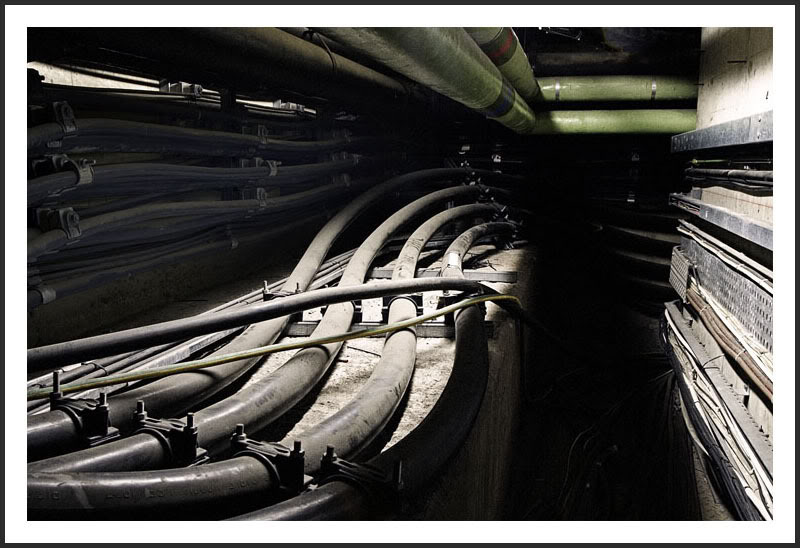 One of the more interesting features are the tunnels and walkways that run around the outside of the circular ramps used by vehicles to access the basement level car parks. As usual with these kinds of spaces, a lot of shit is stored in them. 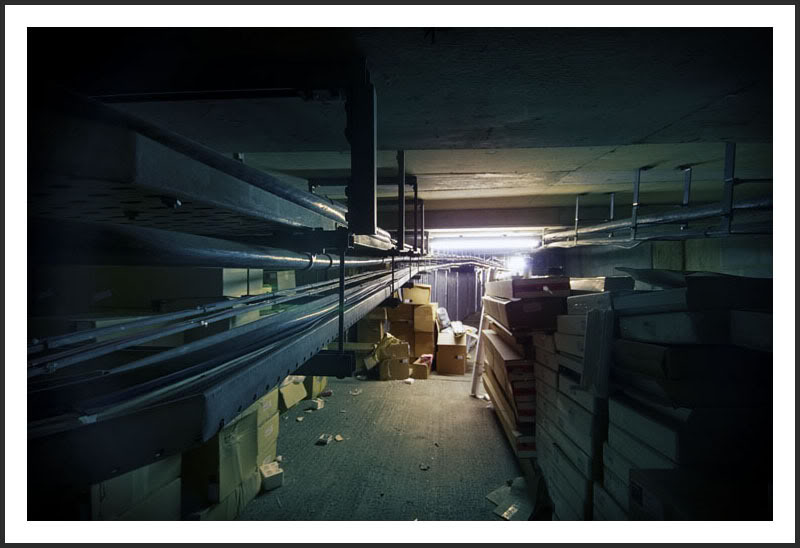 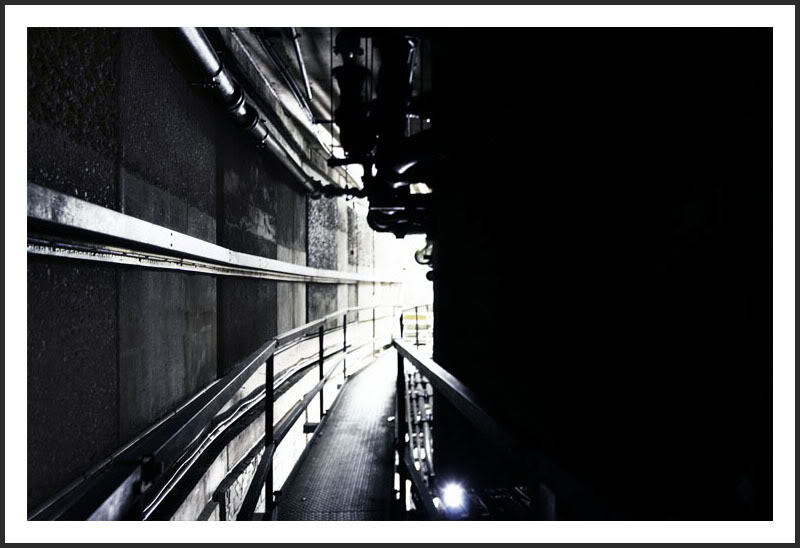 ...and looking back up at the walkway from the next level down. 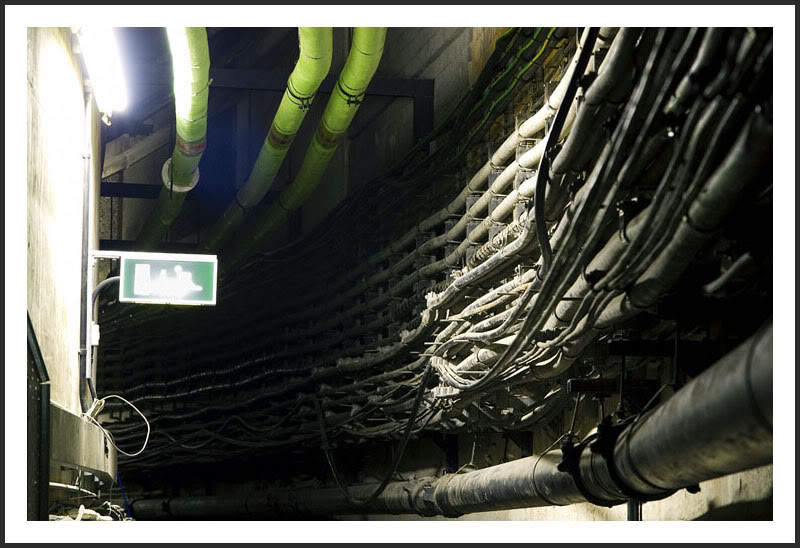 A strange anomaly, a very long, thin tunnel, quite different from the other design of tunnels. At the start of it there is an impressive amount of electrikery... 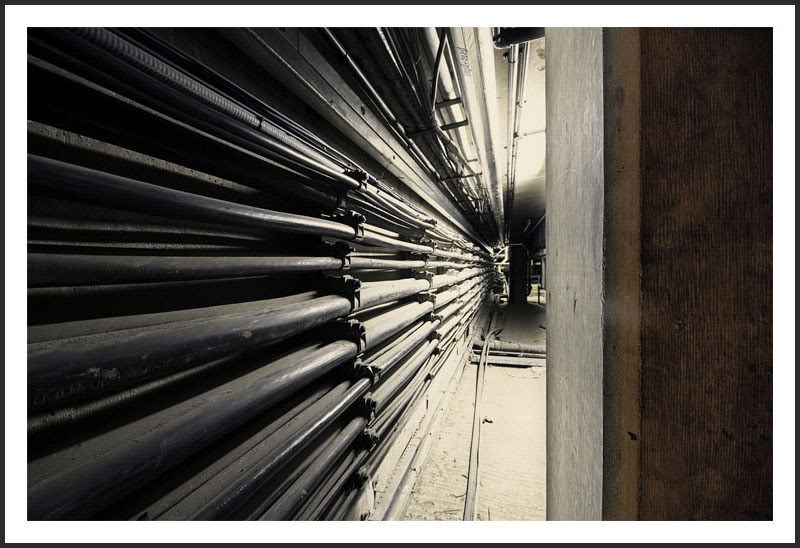 Near the end of it there are various doors, some leading off into car parking areas and one into what looked like a staff locker room. The small wall in bad repair is to prevent flooding. 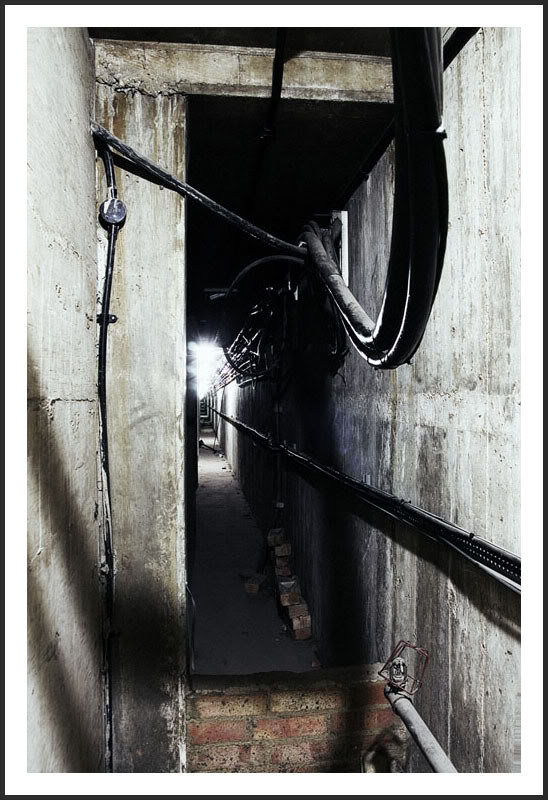 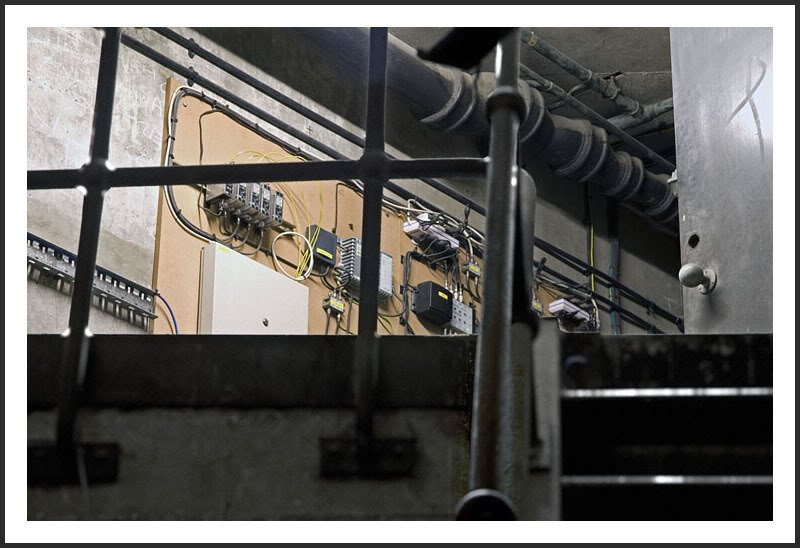 And this weird German device that looks like some kind of throw back to the 1970's. It didn't seem to be active. Some early kind of broadband I think. 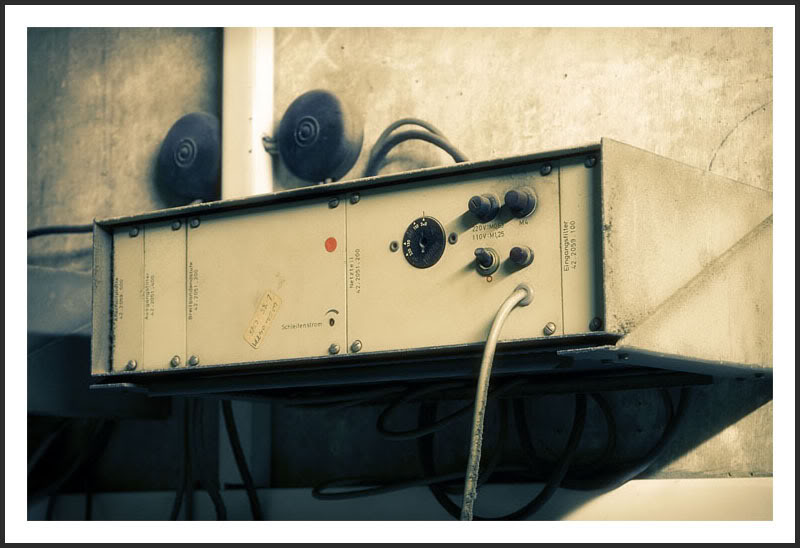 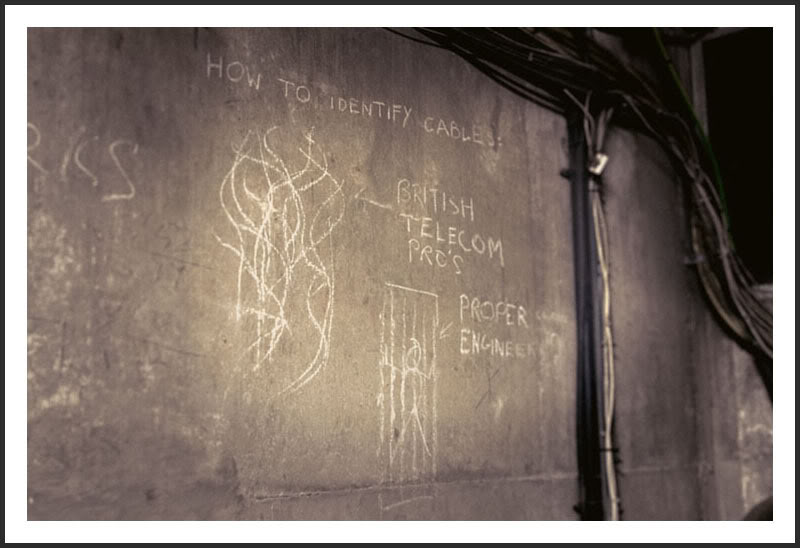 Eventually I stumbled in to a massive plant room, packed with various equipment, most probably the air con and heating. 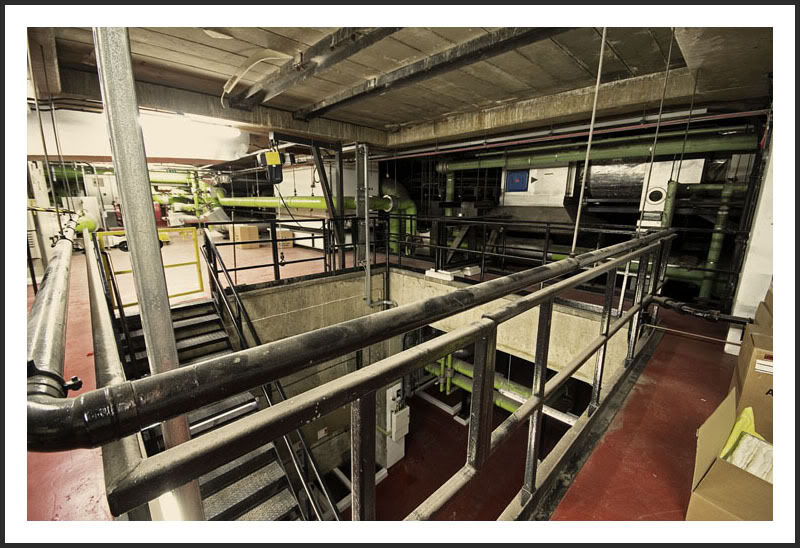 Down the stairs was more. 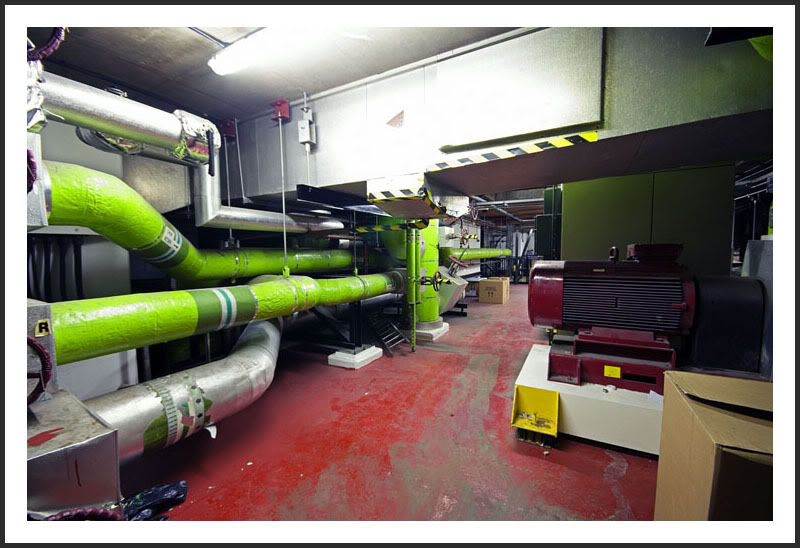 Someone had painted over "wanker". 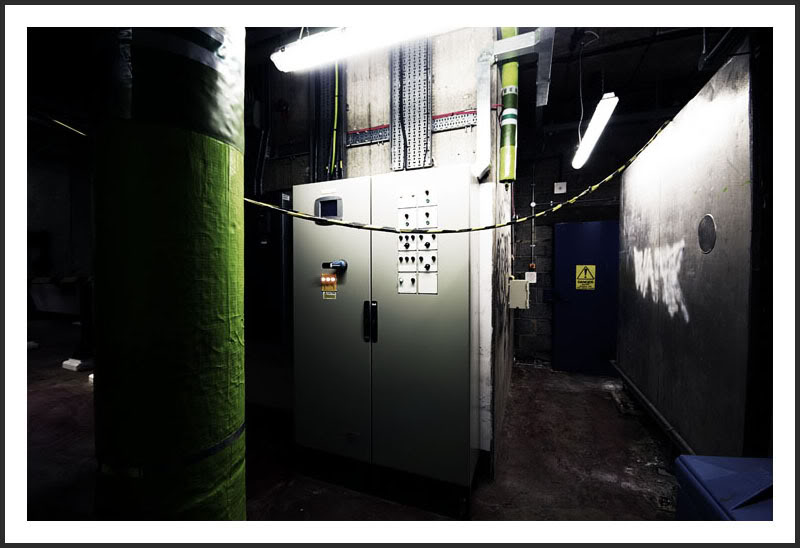 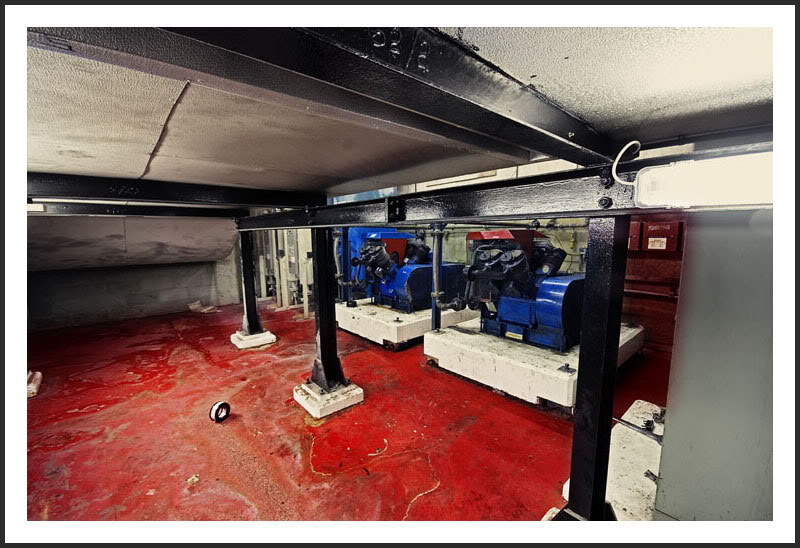 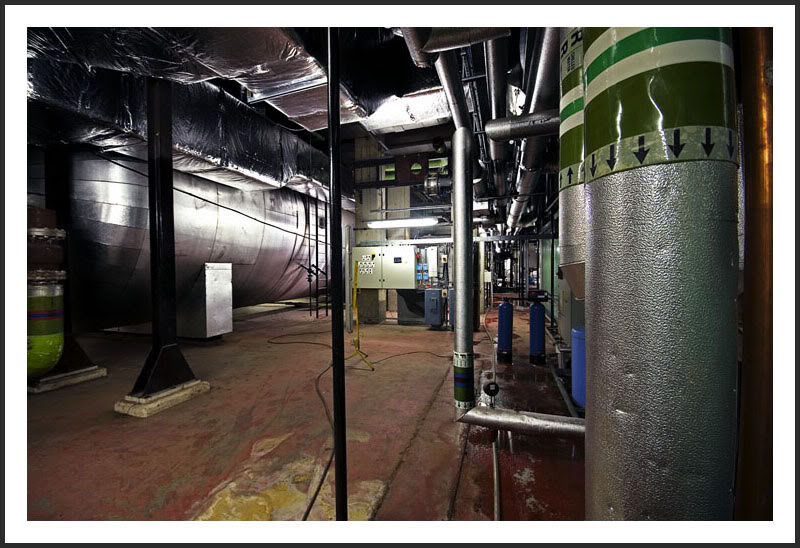 Through the door led to another connecting corridor. 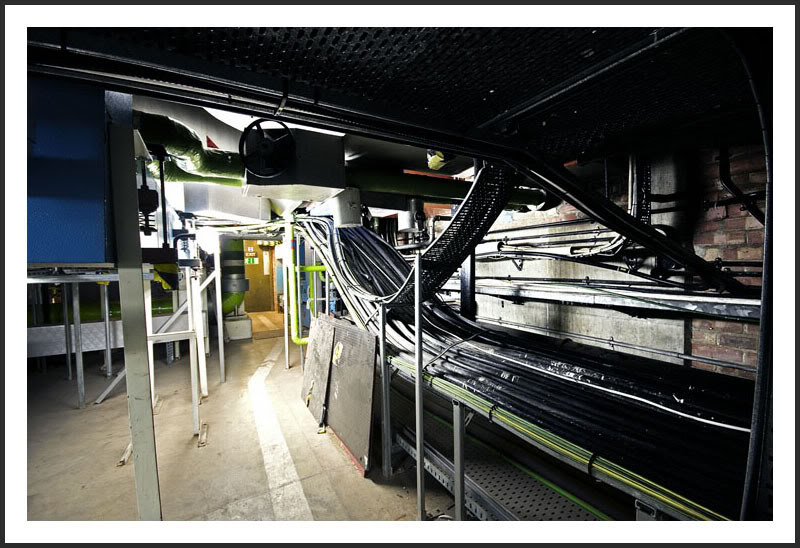 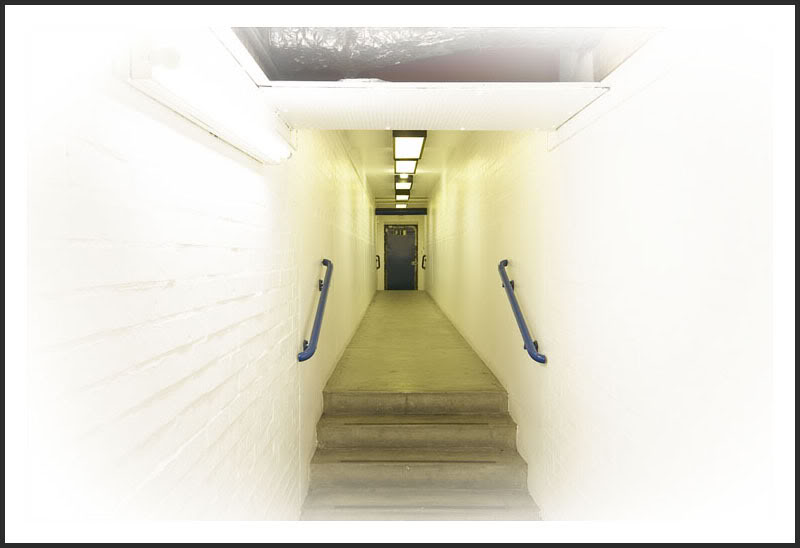 Back in the plant room.

Inside a vent chamber. 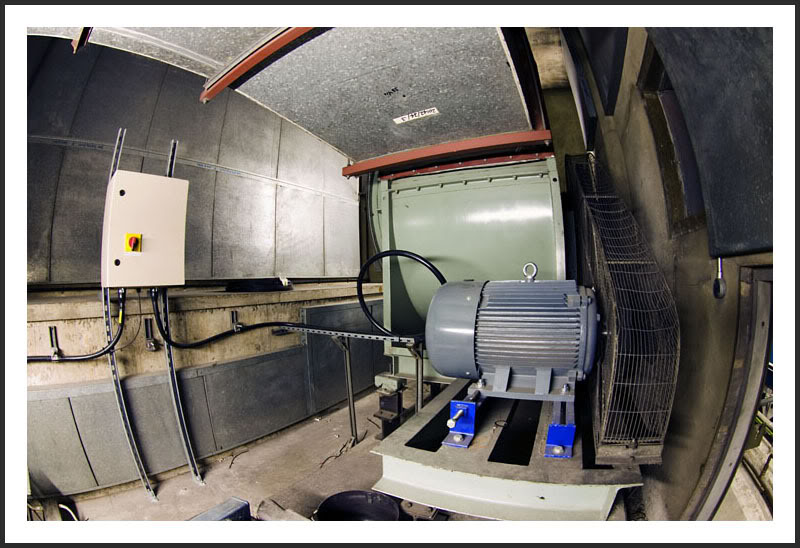 And finally, the lighting rig. 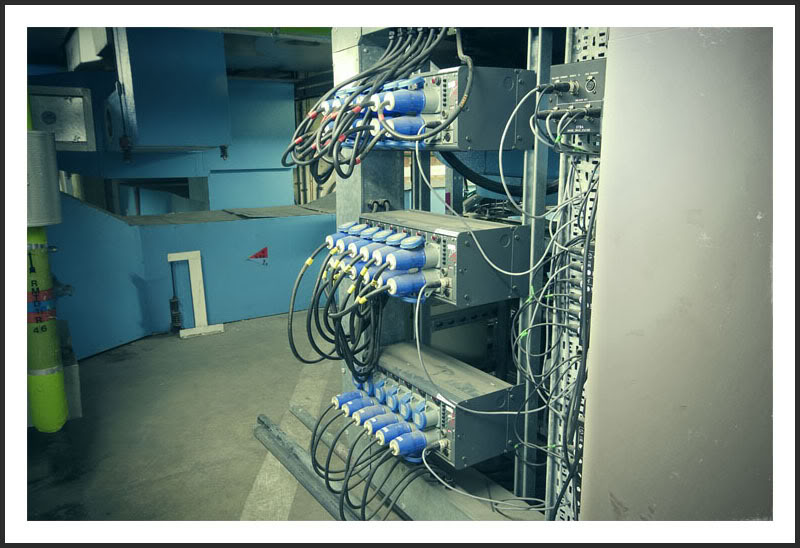 With that, it's up and out and back home for a nice, hot bath.
Last edited: Feb 4, 2013
Us 'younguns', we are the next generation. Remember that.