In 1784 John Barbour, who hailed from Scotland, established a linen thread works in Lisburn.

At the same time his son, William, bought a derelict bleach green at Hilden and set up business.

Later, the thread works were transferred to Hilden and as early as 1817 it was employing 122 workers.

In 1823 William Barbour bought a former bleach mill at Hilden and built a water-powered twisting mill.

The Linen Thread Company was founded 1898 and it quickly became a large international company.

In fact it became the largest linen thread mill in the world, giving Lisburn a richly deserved international reputation.

By 1914 it employed about 2,000 people and until recently some 300 workers were still employed there, with the work-

Among the company's varied products were nets, which could be made into snares and fishing nets.

The company built a model village for its workforce in Hilden, which consisted of 350 houses, two schools, a community hall, children's playground and village sports ground.

Lisburn became the envy of the world thanks to its Linen and Thread industry and now the last remnant of that history is to close its doors for the last time.
Click to expand...

I've wanted to see this place for as long as I can remember. My attempt at getting there was thwarted by the ash cloud of 2009 and amazingly it's taken me 8 years to finally get here!

The mill is a vast complex, which claimed to be the largest thread mill in the world. I'd parallel the mills to Aberdeen's Broadford works, in that it is just as vast in both size and architectural styles and eras. It also mirrors Broadford in that it has steadily fallen into dereliction over the past decade, and the mill I found was not the mill I had seen pictures of in the mid 2000's. Over the past ten year fire and natural decay has taken it's toll, and the rows of machinery that could be seen back then have all long since been removed. Nature is really taking the place back now and the weaving sheds are alive with greenery. Despite all this destruction and decay, I always appreciate a mill that fell into disuse straight after textile production, rather than finding other uses afterwards. There is still plenty of textile related tat to rake through, if you know what you are looking for...

Despite all this I was overall very impressed, both with the mill's size and features. Tiled engine hall, stone carvings of beasts, endless spinning floors and the standard nooks and crannies that these places are filled with was enough to quench my thirst for linen industry exploring on this trip.

In all honesty I could have spent all day here, but the ladies were tiring of "fetid boring mills" (despite the fact we had more to come :) ) and the weather was really not on our side, literally unrelenting heavy rain for our entire time here! Due to this my photos really don't do the place justice, but I fear if I ever do get the chance to return there will be even less left to see... 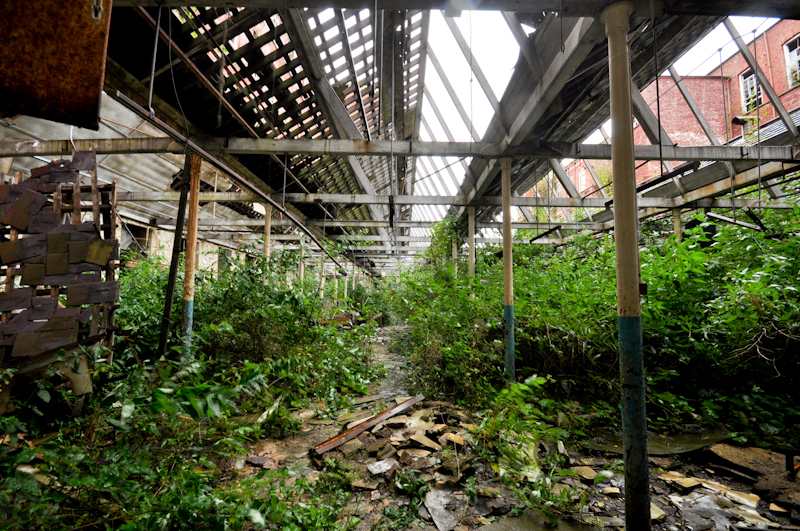 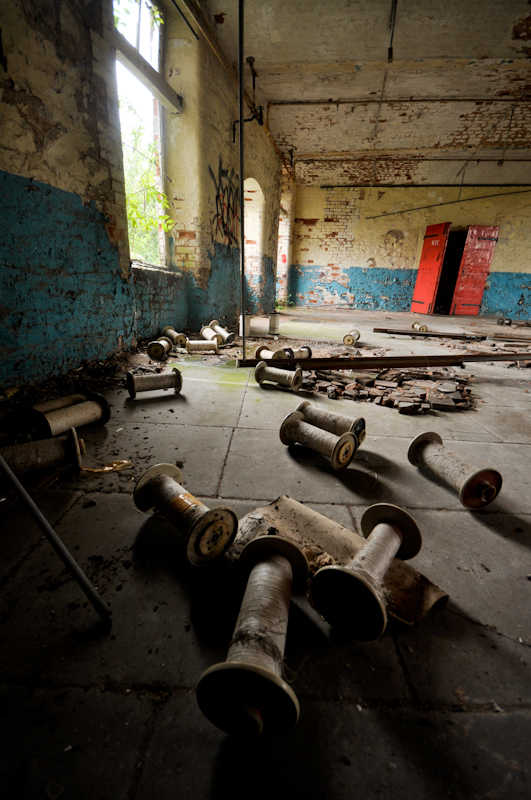 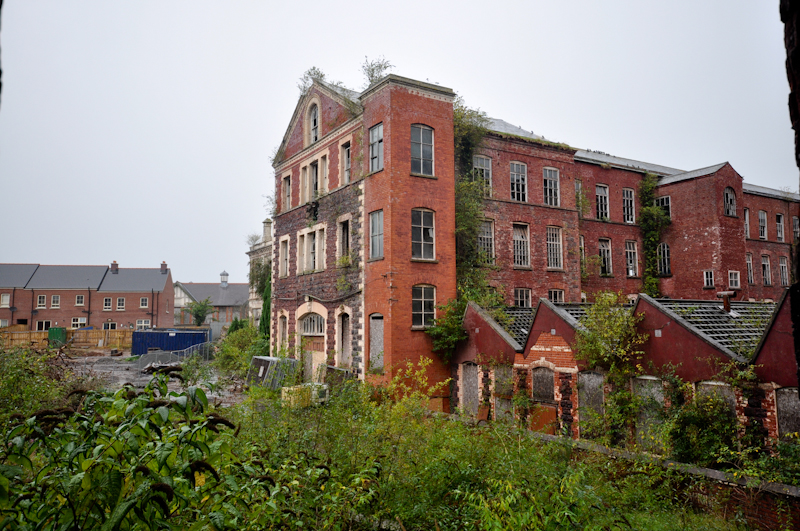 Staff member
Admin
Been waiting to see a decent set of pictures from here.

The carvings are unique and amazing, as is 'Ahead in Thread'

Regular User
Love this. Awesome photos. There really is nothing better than a worn mill.

Regular User
Hmm, the Mrs was taking about going on a linen tour of N Eire at some stage (interested in textiles you see). A quick check of locations indicates there is a bunch of derelict Mills there including this rather stunning one - I think I'm going to have to tag along...

Regular User
Seems to be maturing nicely :)
The empty can rattles the most..

28DL Full Member
Outstanding - I live nearby and have been wanting to get up there for ages. Where did you gain access?

Regular User
absolutely stunning, i could spend days in there
Check out my other photos (including blinding HDR and other weird stuff) and my electronica muzak here (the main page is over here)
You must log in or register to reply here.
Share:
Facebook Twitter Reddit Pinterest Tumblr WhatsApp Email Link