Regular User
Ferrying junior back to Leeds we made a detour through Bradford since neither of us had been there before, and this mill was the first thing we passed on the way in.
I didn’t have it pinned, but recognised it from a recent post on here because it’s got an odd triangular extension on the end, and looked like a place where there might be more to find.

History. Plenty online and in the post above.
As shown on the map and corresponding aerial view below, much of what was in this area has now gone leaving only the large six storey mill A (ca 1870) and a couple of smaller ones B and C (we didn’t bother with C).
The mills were steam-powered and originally processed cotton, then wool.

Front and rear views of the main block A. It had an internal engine house, with a chimney, now chopped off, on top of the far left tower.
The triangular rope race, complete with fake windows, was added later and eventually became redundant when machines acquired their own electric motors. 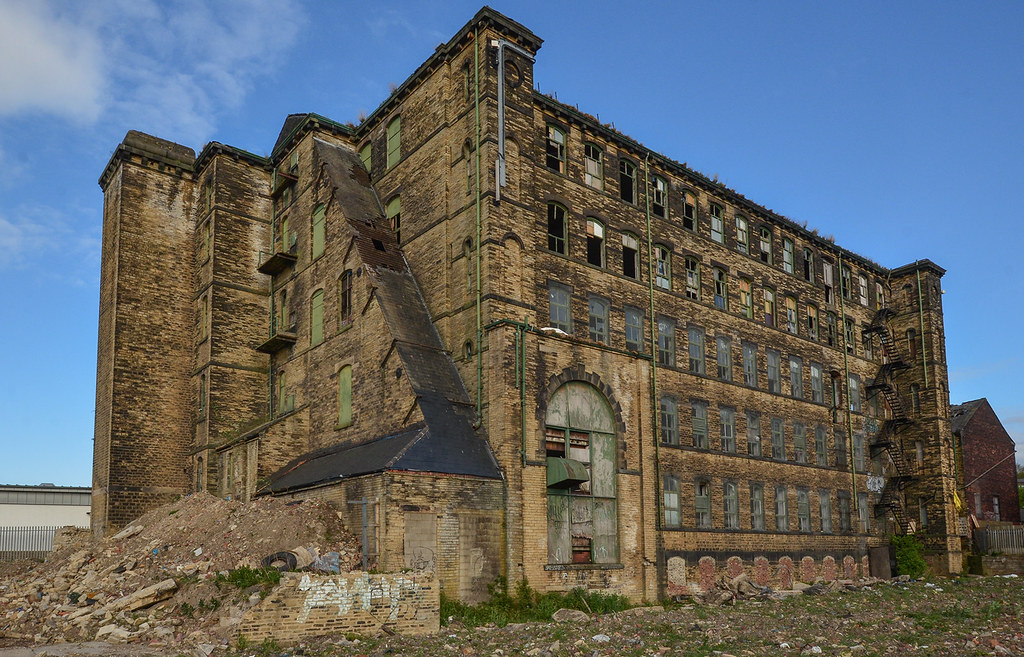 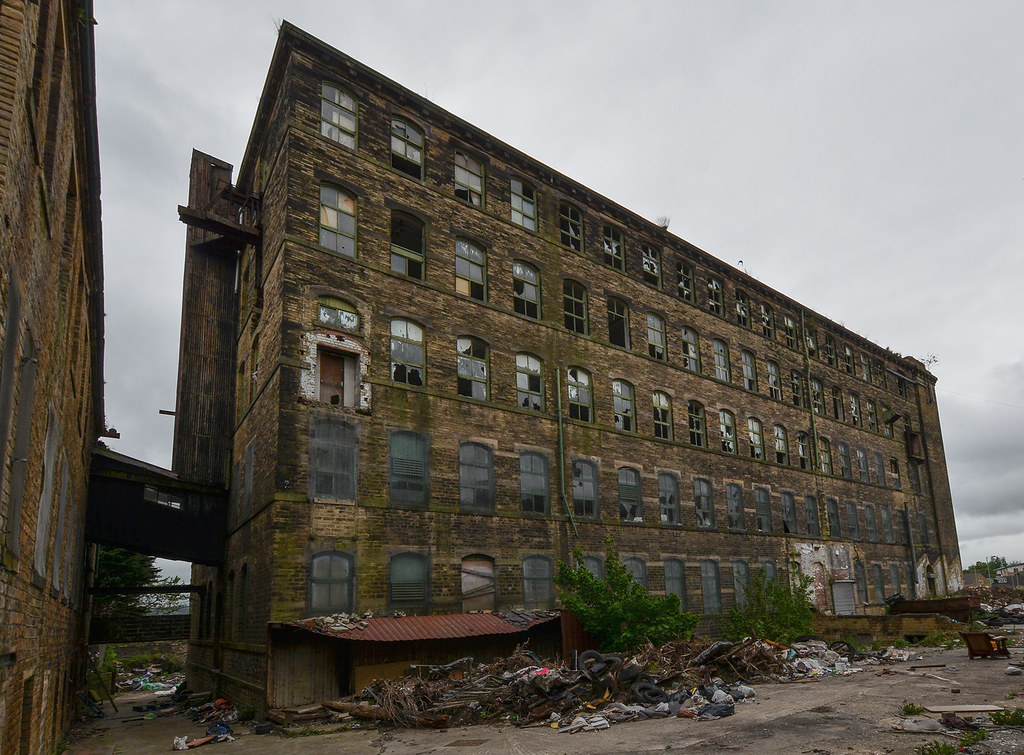 The end view below was taken from the top floor of B. 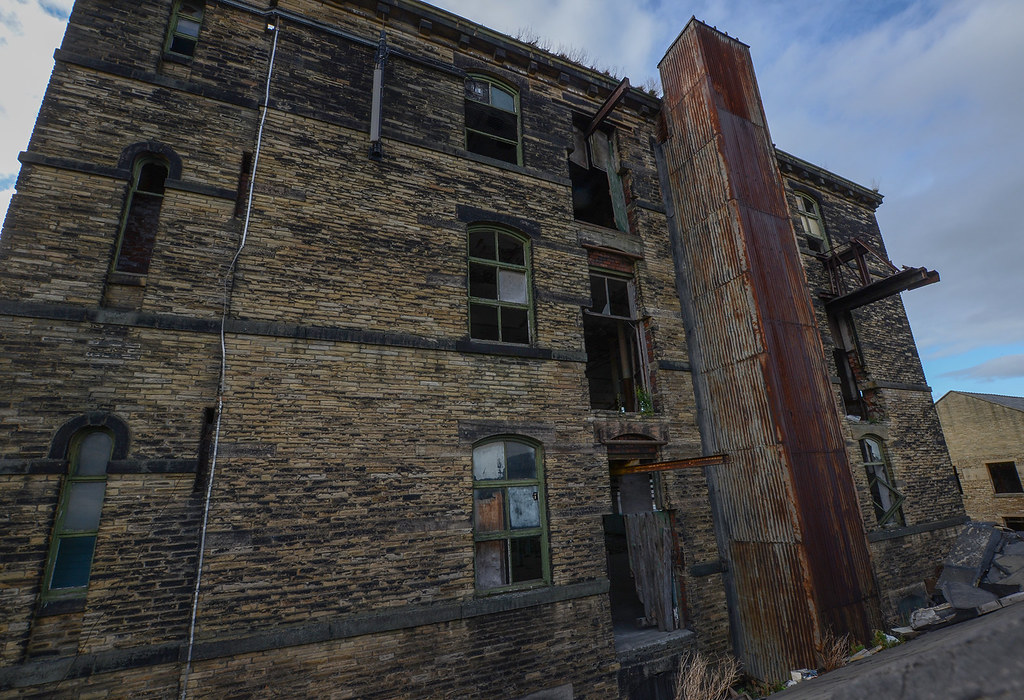 There was little of interest in B, but a picture of the ground floor is included below since I think this features in one of the old photos in the flickr link above. 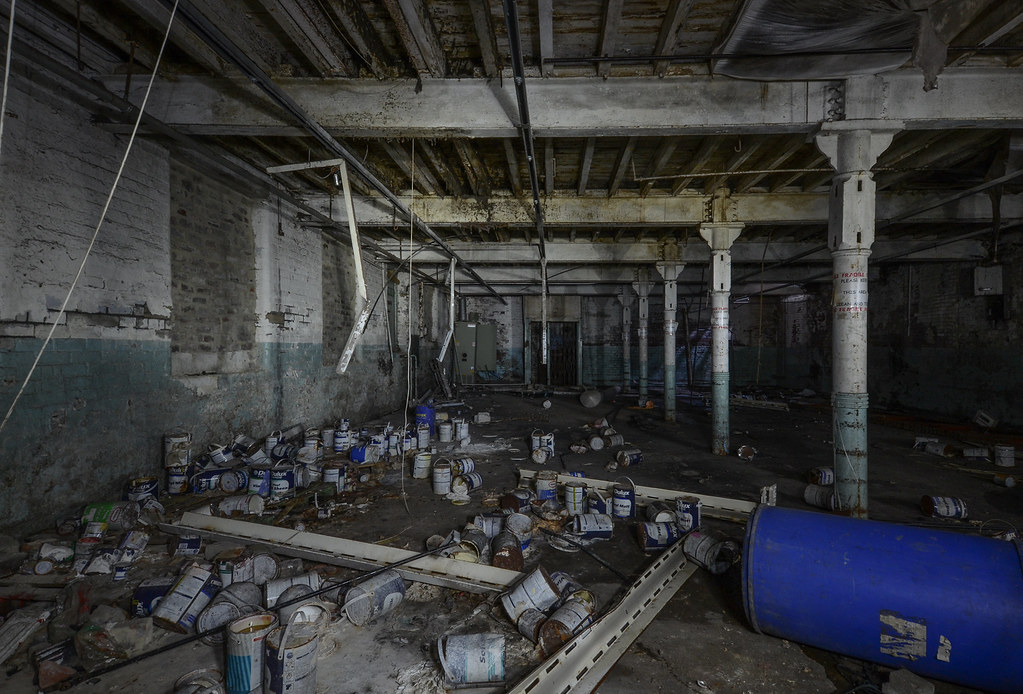 Moving over to A pictures are ordered from the bottom up.
The main ground floor room has remains of a pet business - get your rotting dog beds and gerbil cages here.
Apart from the wooden roof beams, this is a typical fireproof warehouse, with ceilings of brick and iron ties arched between iron beams, all supported on iron columns. 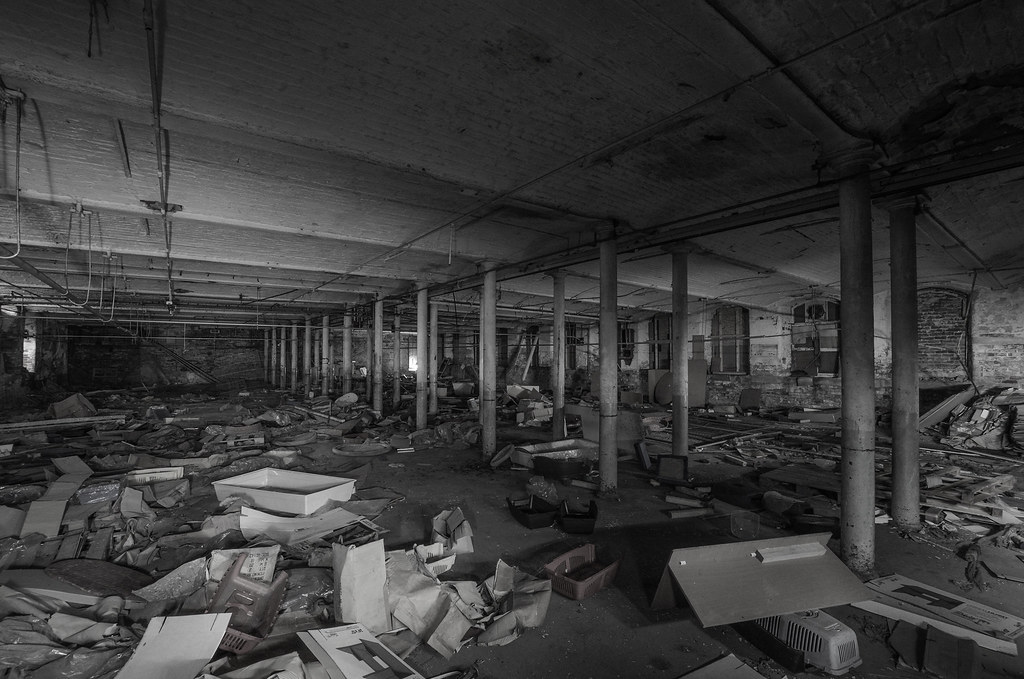 The former rope race is just a tall space, empty apart from plinths for machines at the bottom and fixings for power takeoffs up the walls. 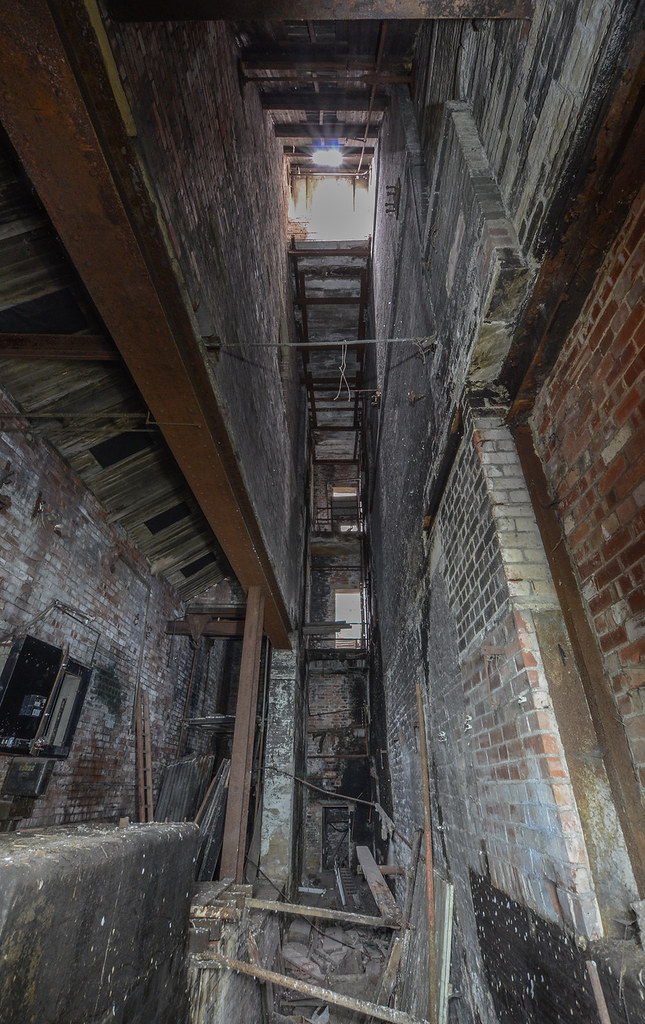 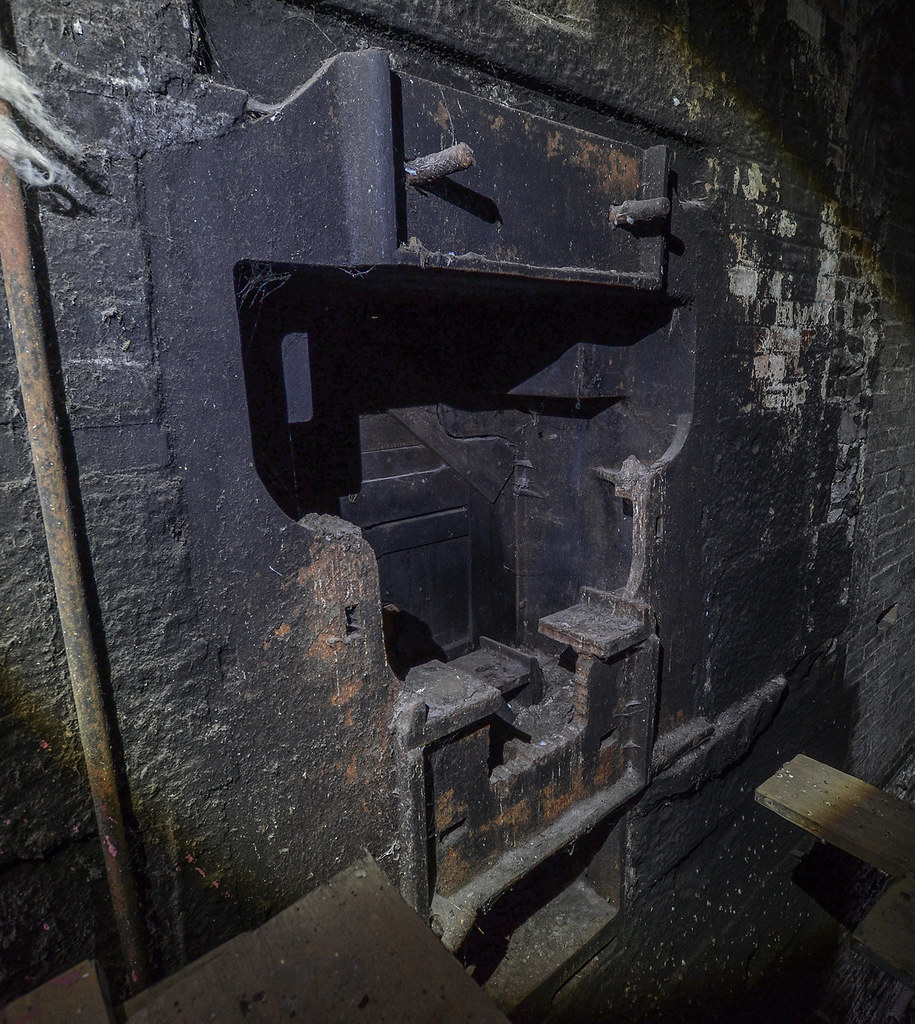 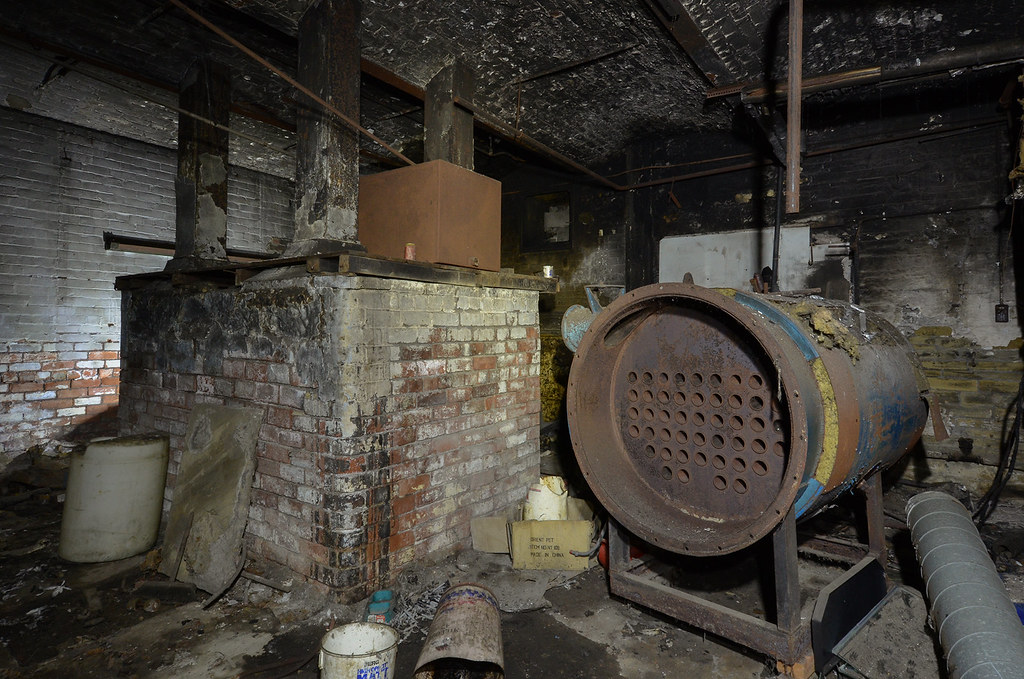 …and a couple of pictures of things that said ‘Liverpool’ on them. 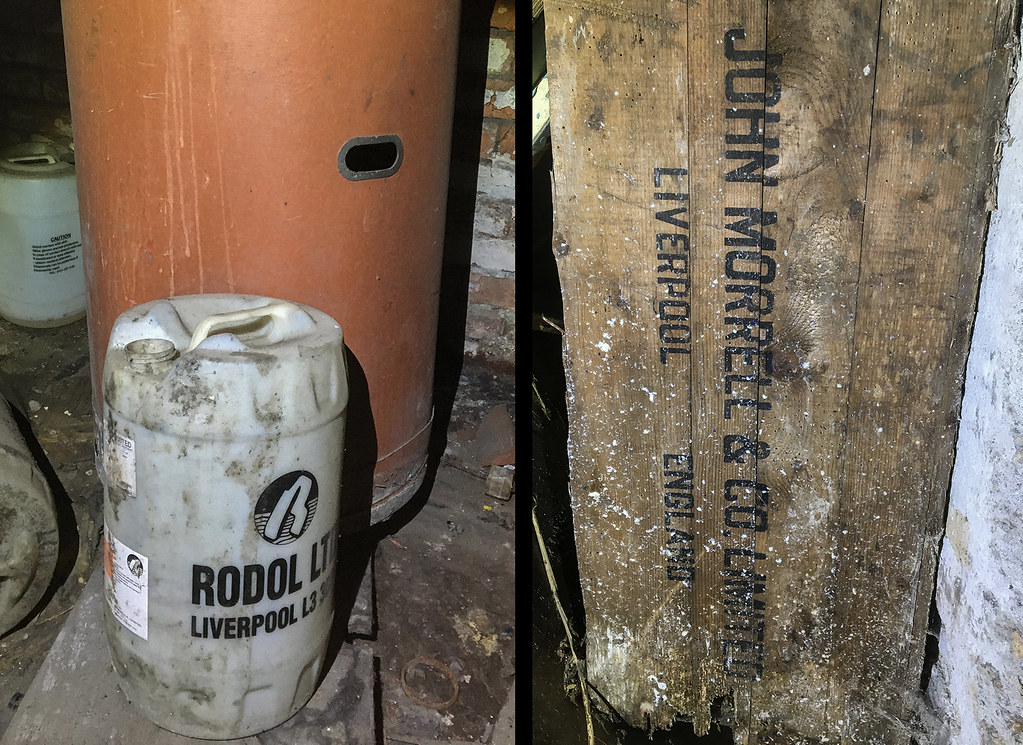 I recognised Rodol immediately because their place is next to a warehouse I once looked at on Pritt Street.
John Morrell turns out to be a meat packaging company that was established in Bradford then had offices in Liverpool and a plant in Birkenhead in the late 1800s before moving to the USA, where it’s still going.
The crate was probably just common at the time with no particular connection to this mill.
Some minor textile remains scattered around. 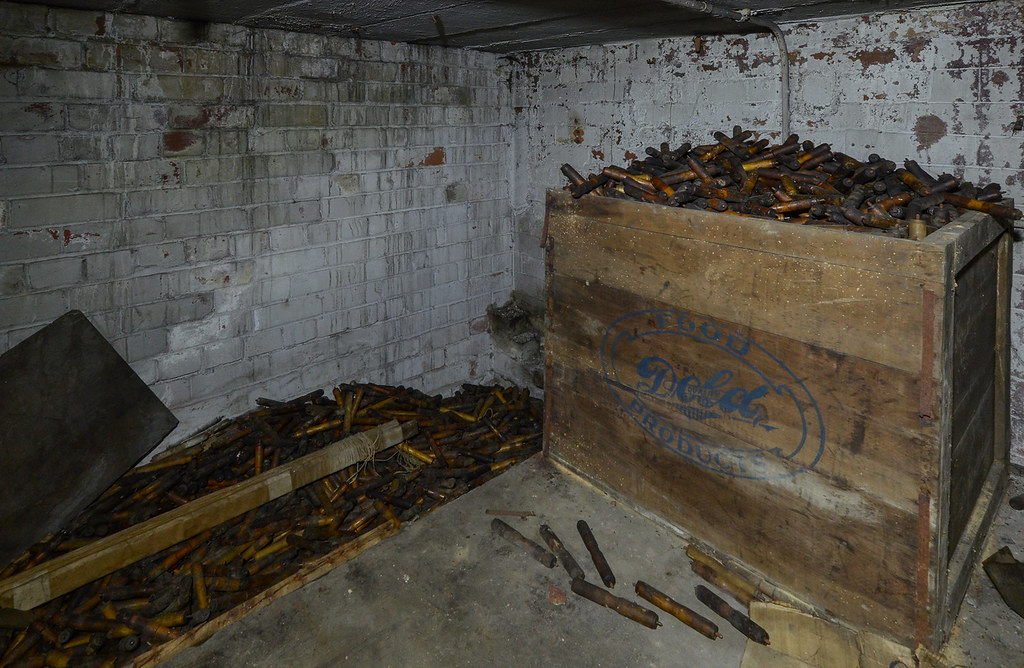 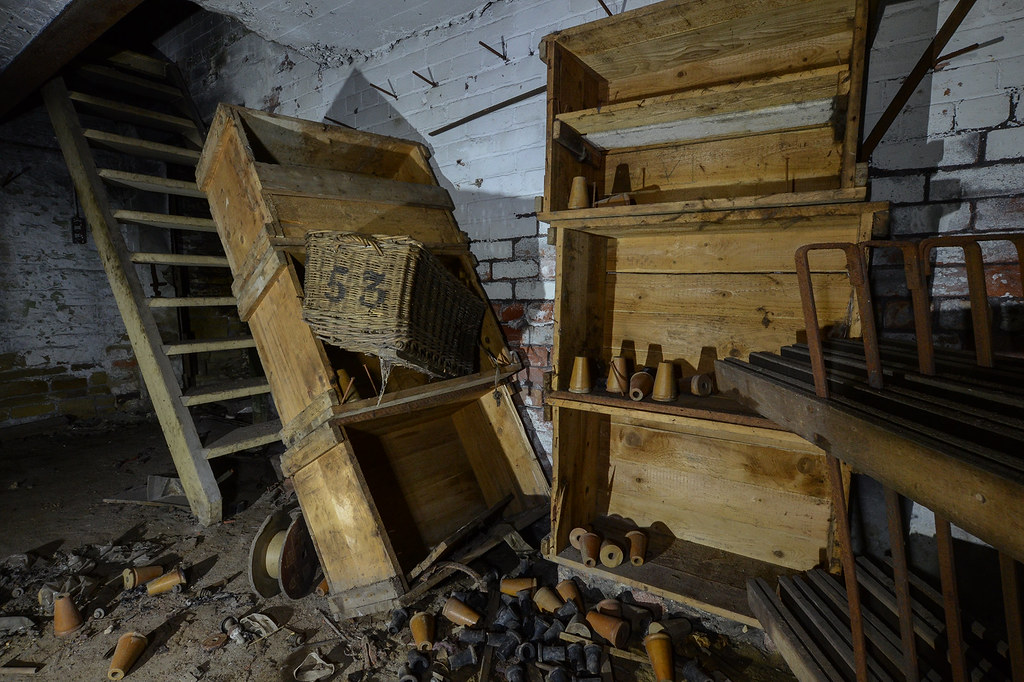 The rest of the place is standard stripped mill, with ploughed up floors where the heavy machinery was removed - flooring in fireproof mills was usually flags or concrete over a filler of rubble and ash on top of the brick arches. 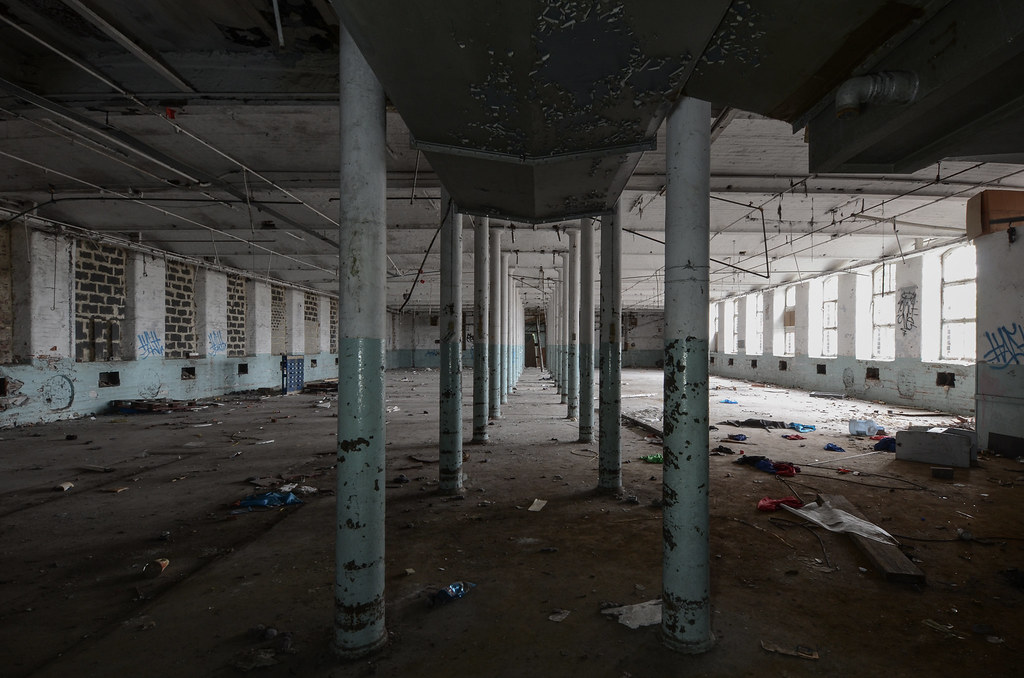 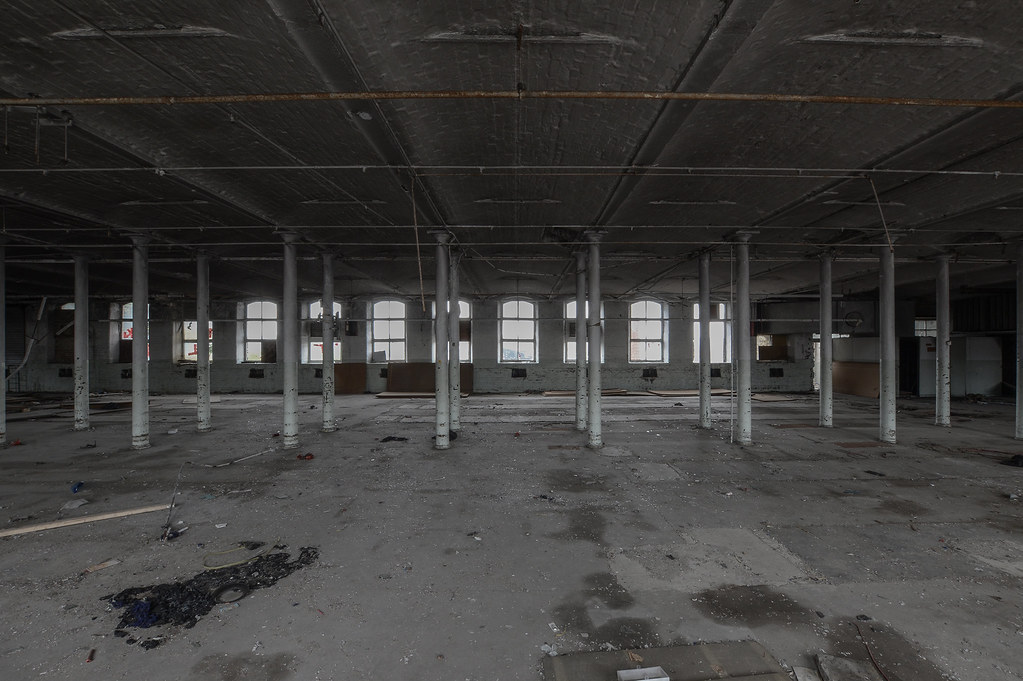 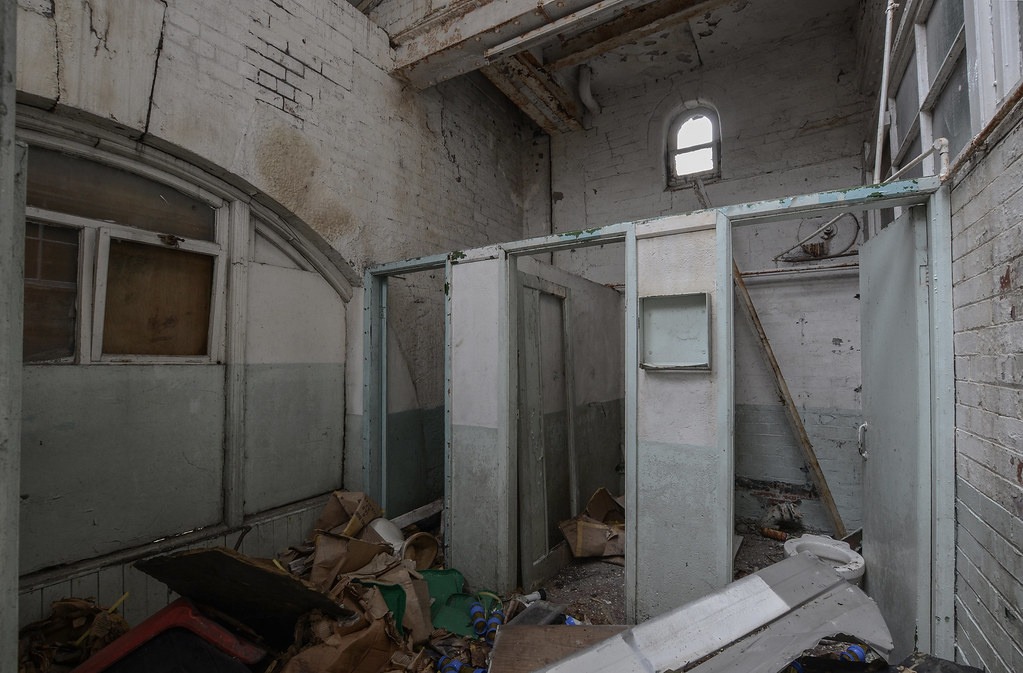 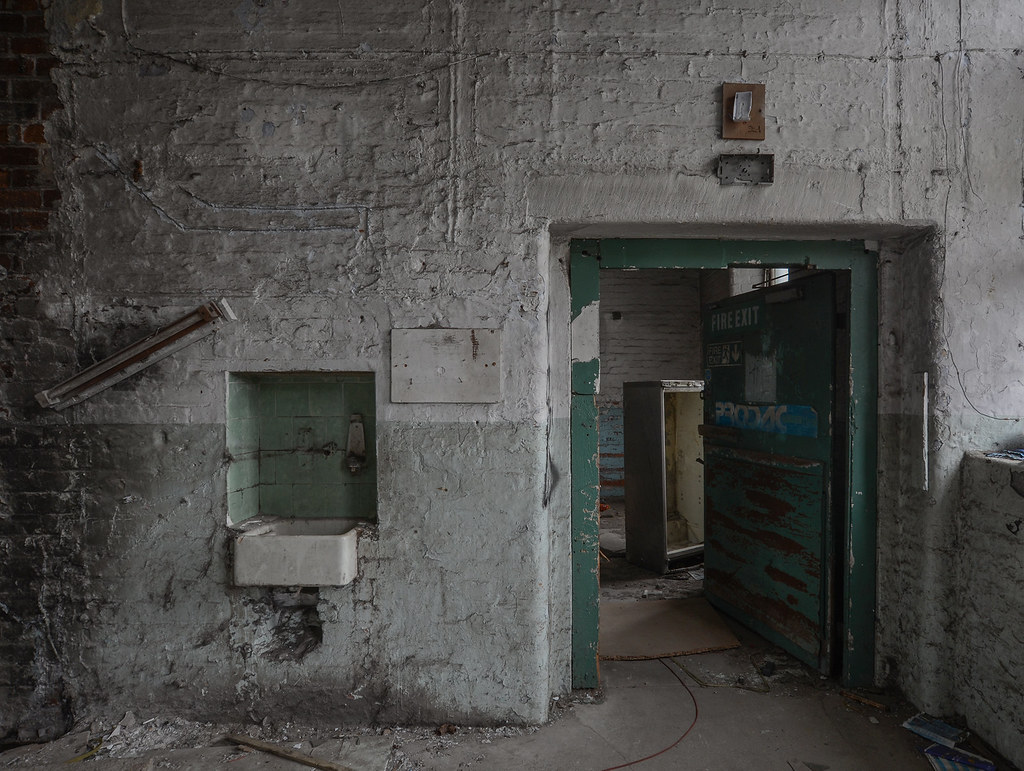 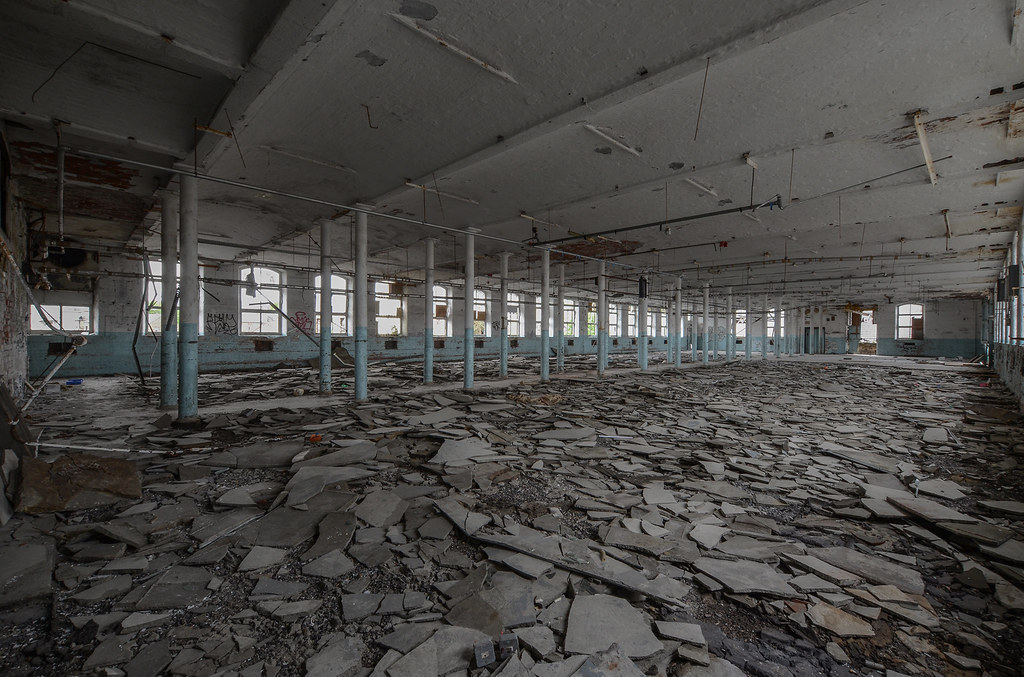 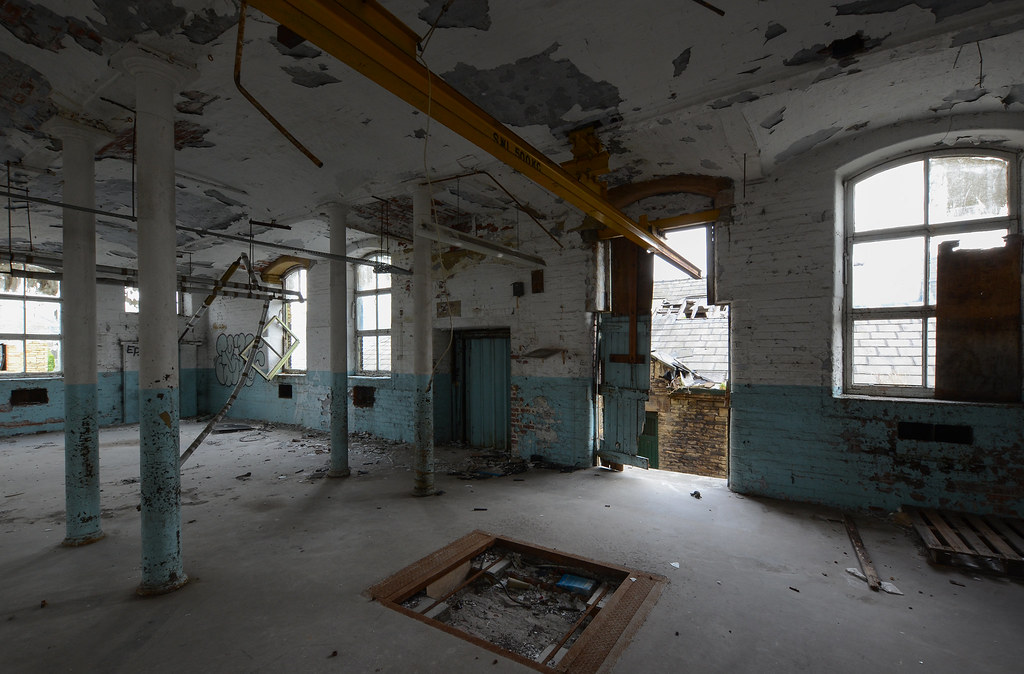 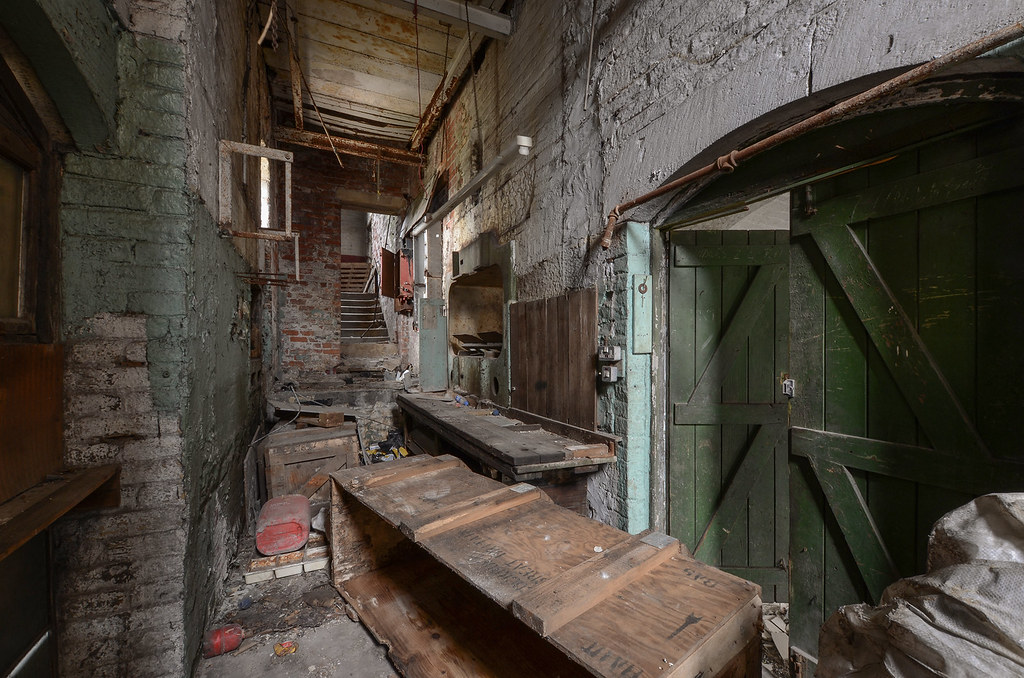 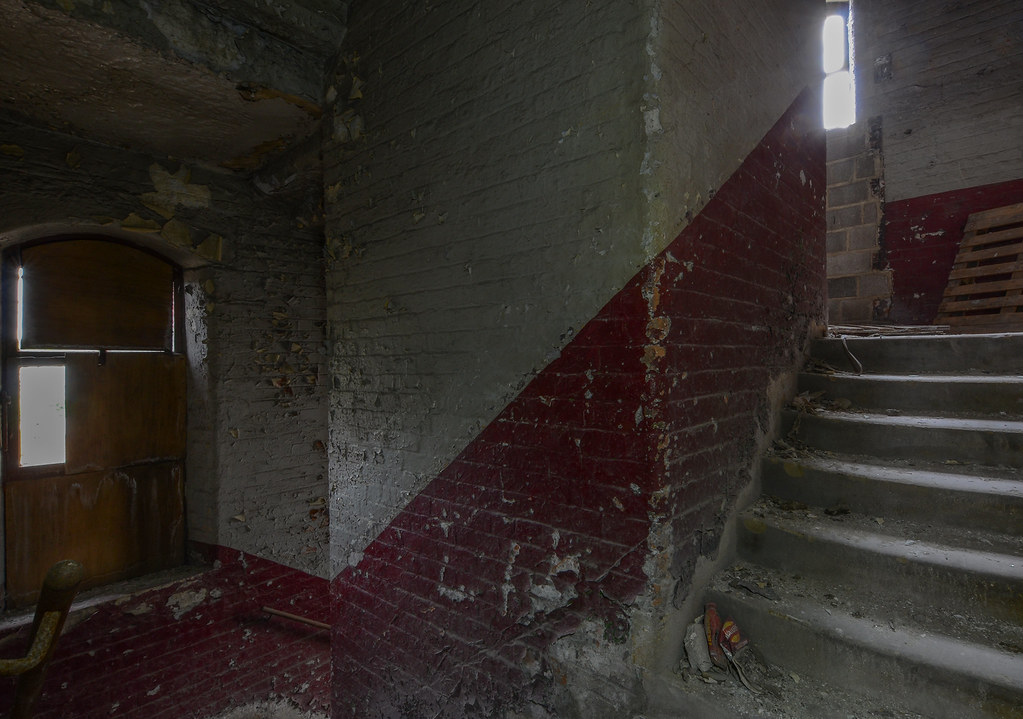 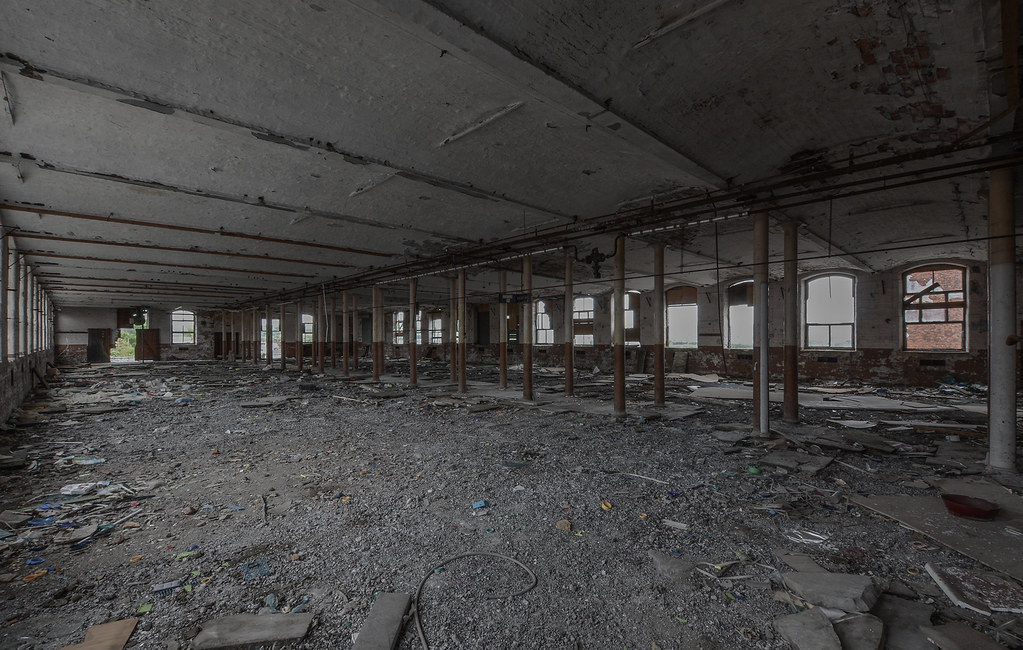 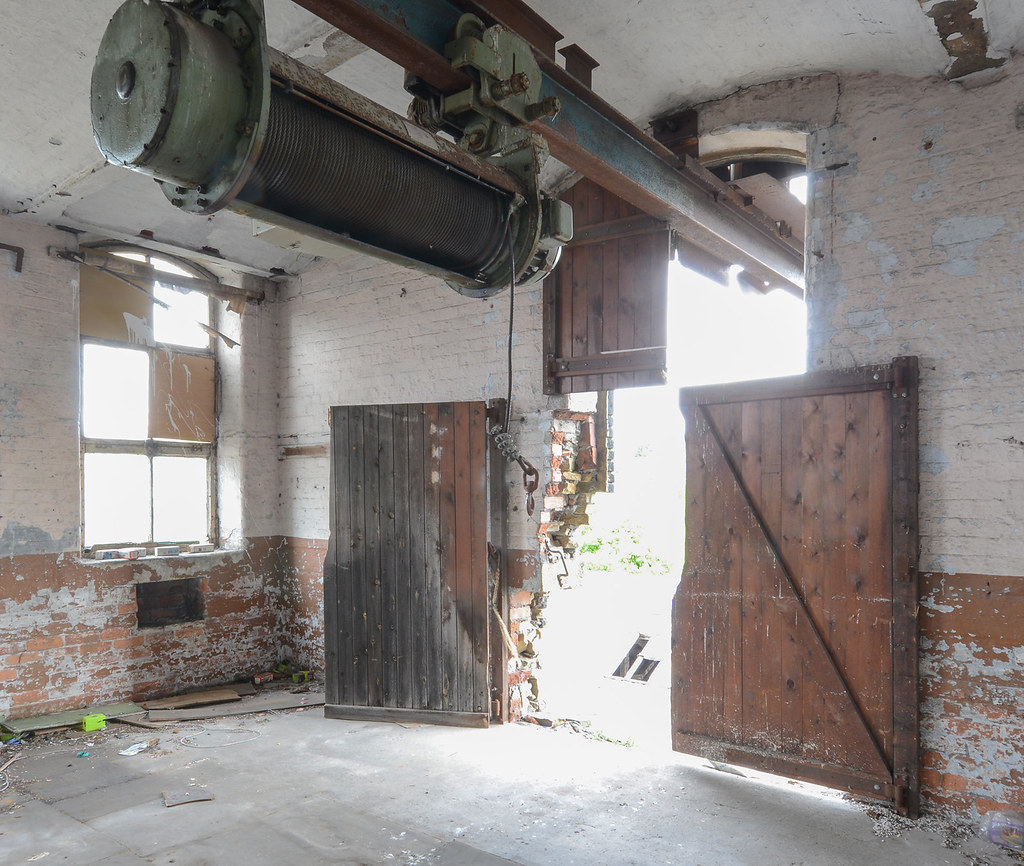 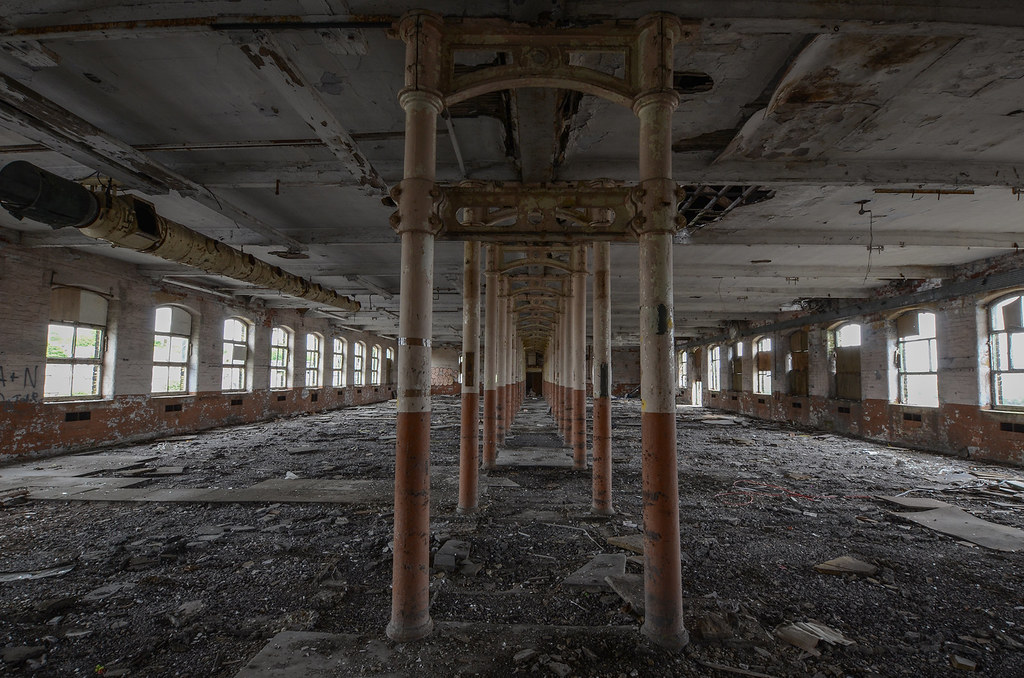 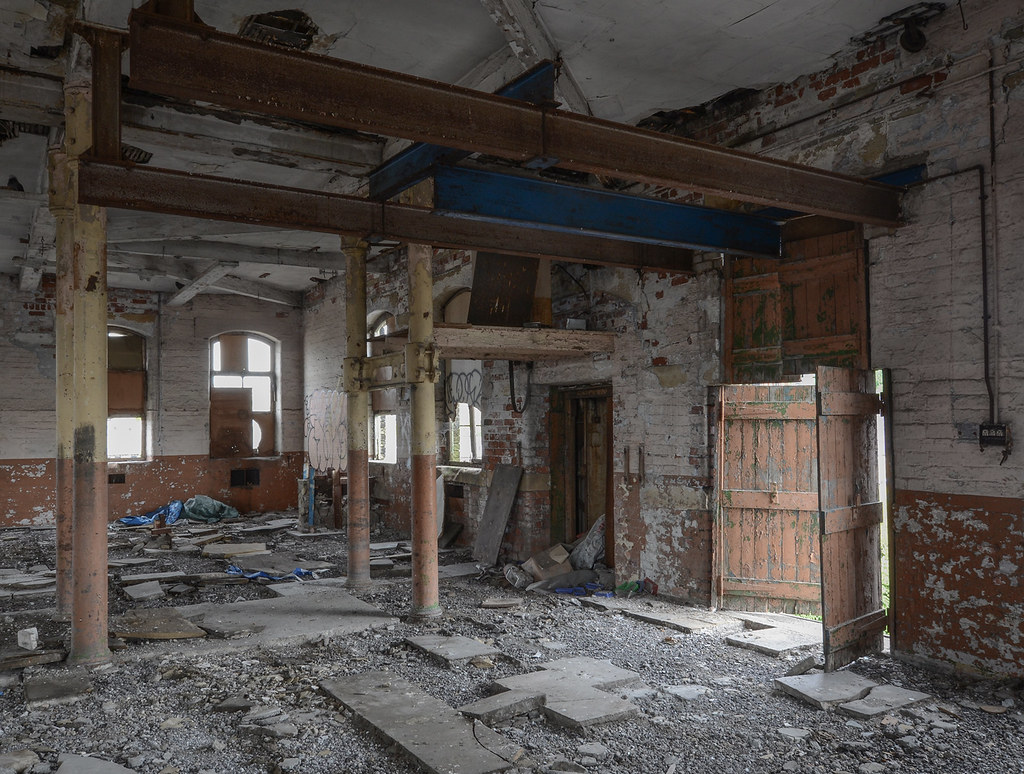 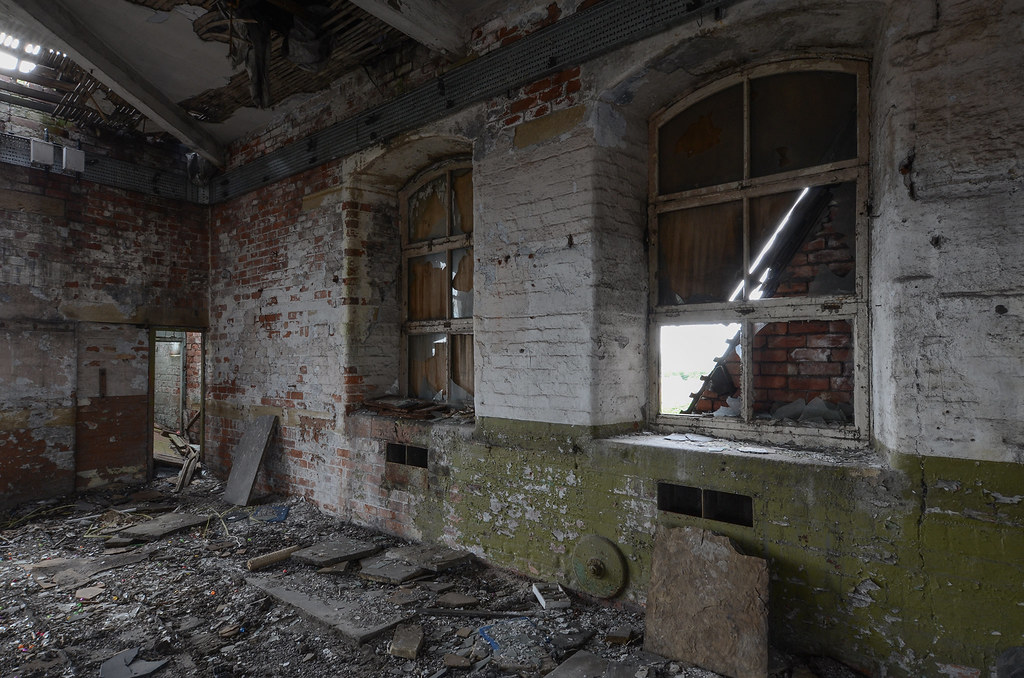 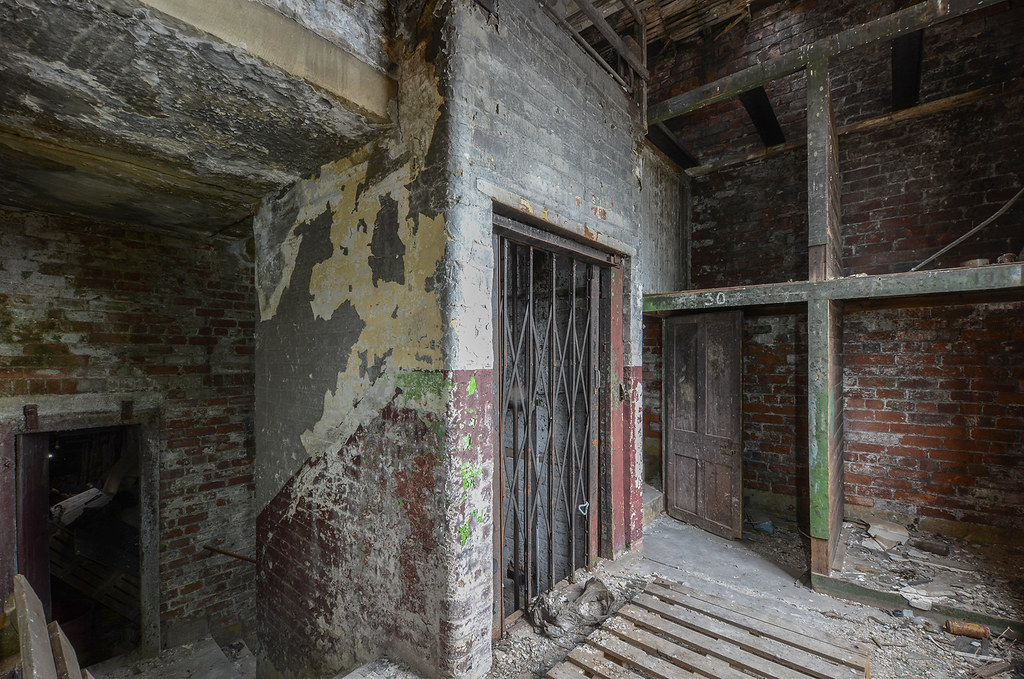 Views of, er, Bradford, from the top. 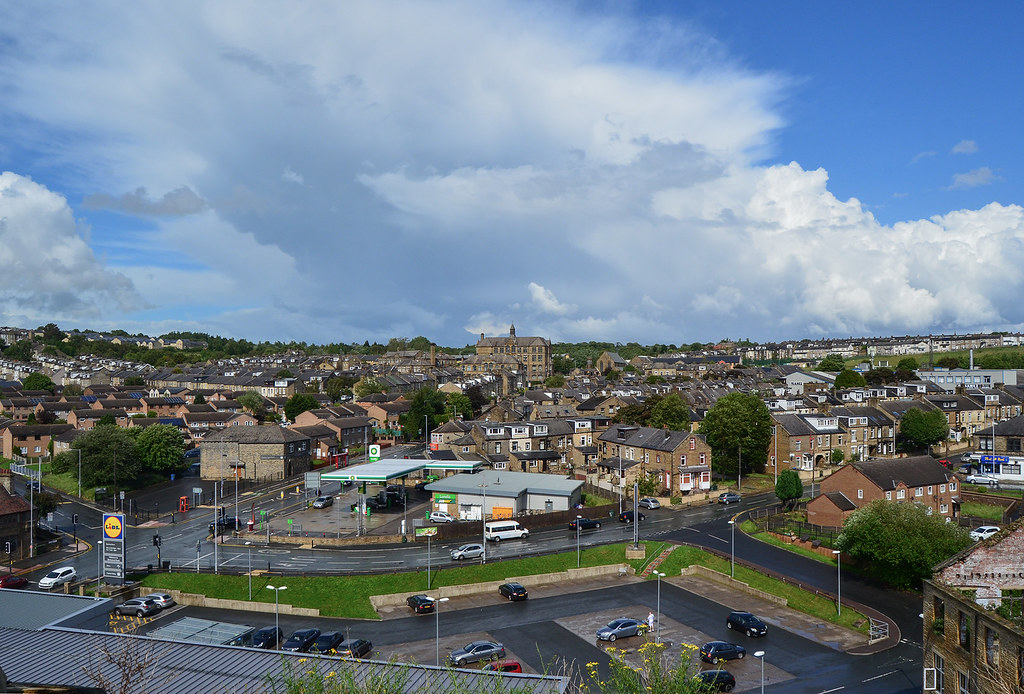 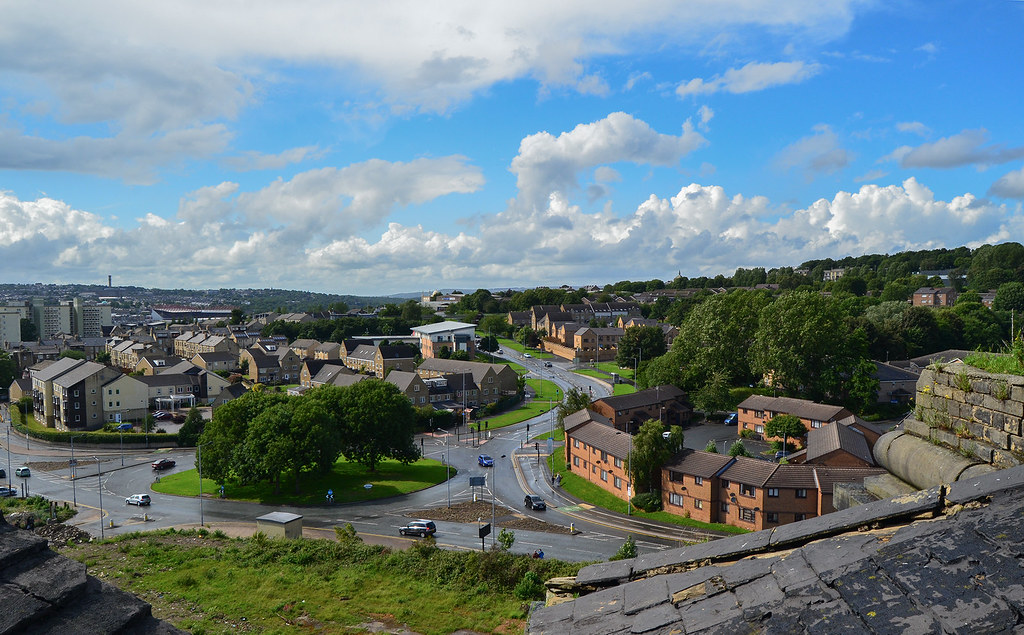 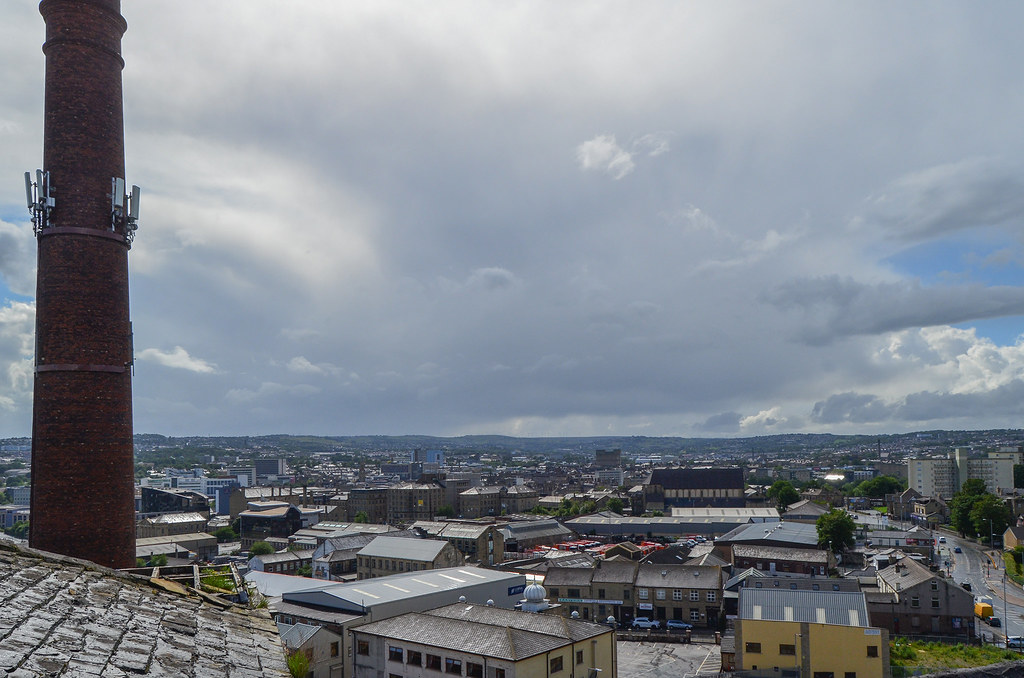 Regular User
Not bad at all, this one's on my list for whenever I'm next up that far north.

Regular User
I've had a poke in here, nice to see the basement though as there were some homeless in when I was. I climbed the adjacent chim too when they had scaff up for maintainence of the antenna.
www.3soteric3ric.blogspot.co.uk

Regular User
Lovely as always... apart from the view of Bradford!
Stop The Planet, I Want To Get Off!

Regular User
Really nice even stripped. Love the original iron pillars with their steel work cross beams. Also the lift, and seeing that belfast still in tact was a surprise. Mills are well built. Big with loads of windows, just something fascinating about them.

Regular User
It let me down this one, waited years to get in and it was a bit of s disappointment really.

dweeb said:
It let me down this one, waited years to get in and it was a bit of s disappointment really.

Not much there right enough, but odd that something so large and obvious has apparently only opened up recently - locals must be slacking.

Regular User
It first came open that I knew of about a year - 18 months ago. It had been used for storage before I believe.

It just lacked the mill relics I had expected,too optimistic I guess!

28DL Full Member
I was expecting a little more in here too. Still a good report as usual. A few things i may have missed looking at some of your pics. I came across 2 dodgy Polish chaps one was friendly enough the other not so. The friendly one offered me some vodka i politely turned him down. Great vantage point from the top floors too.
You must log in or register to reply here.
Share:
Facebook Twitter Reddit Pinterest Tumblr WhatsApp Email Link