Regular User
1. The History
Baron Hill Mansion lies parkland to the north of Beaumaris, Anglesey. The first house at Baron Hill was built by Sir Richard Bulkeley in 1618. During the English Civil War, Richard Bulkeley's successor, Colonel Thomas Bulkeley apparently invited King Charles I to take possession of the house and set up his court there. In the early eighteenth century the house was the seat of Richard Bulkeley, 4th Viscount Bulkeley who maintained Jacobite sympathies.

An old drawing of the manor:

The house was then reconstructed in 1776 by architect Samuel Wyatt in a Neo-Palladian style with its curved façade, terraces, follies, and balconies. Additionally, an icehouse in the gardens and a lodge house were also constructed. In the nineteenth century the occupants of Baron Hill remained the dominant Anglesey landowners, possessing estate also at Llanfairfechan and other parts of Caernarfonshire.

Old map of the estate: 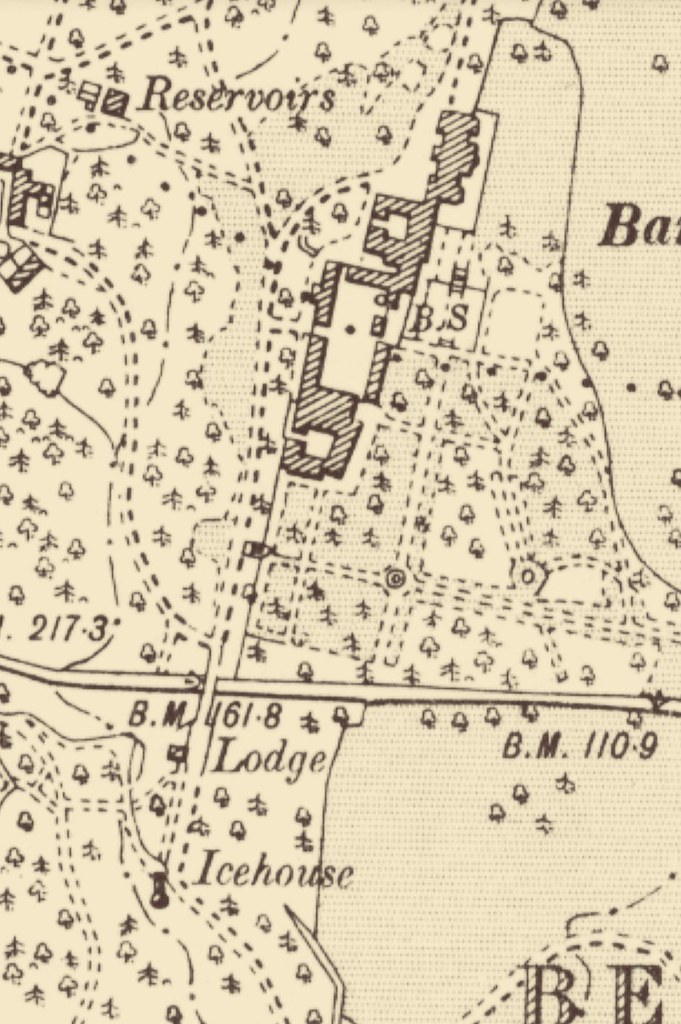 Royal visitors in the shape of King Edward VII: 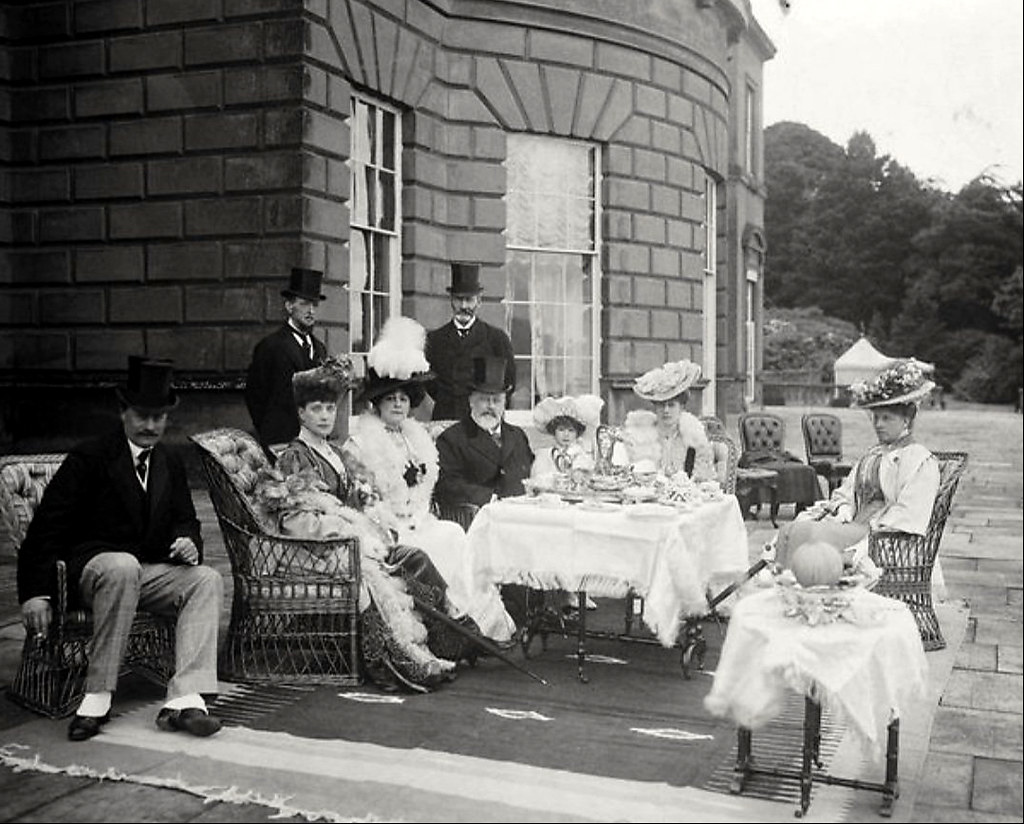 During World War I, death duties exhausted the family fortune and made it impossible for the family (by then known as the Williams-Bulkeley’s) to maintain the house. Like many large country houses during the Second World war, it was requisitioned by The Royal Engineers in 1939 and used as temporary housing for Polish soldiers. They found the home too cold and decided to start a fire within the mansion so they would be moved to new accommodation. The fire destroyed a large part of the interior and the soldiers achieved their aim and were removed from the house but only to tents in estate’s grounds. The mansion was then abandoned afterwards and is still to this day.

Post-second world war, the manor was a ruin: 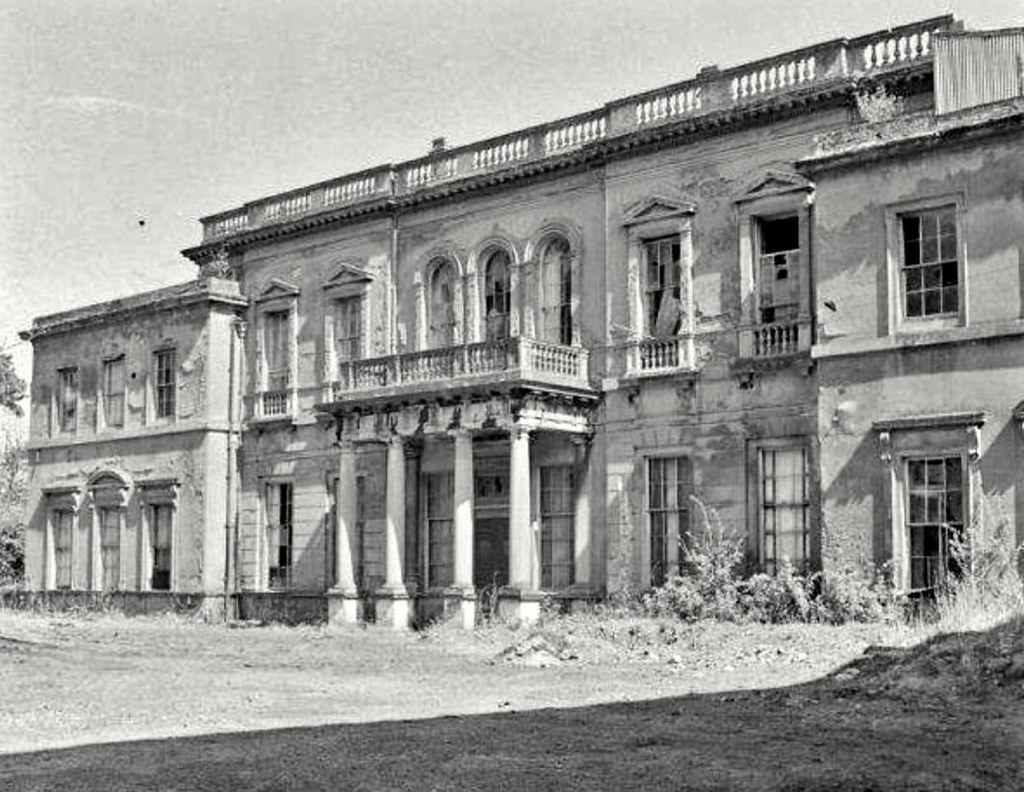 Baron Hill has been a Grade II Listed Structure since 1950. In August 2008, very ambitious plans were submitted to restore the house and turn it into luxury apartments, but predictably, nothing ever came to fruition.

A couple of archive pictures of the mansion, back in the day: 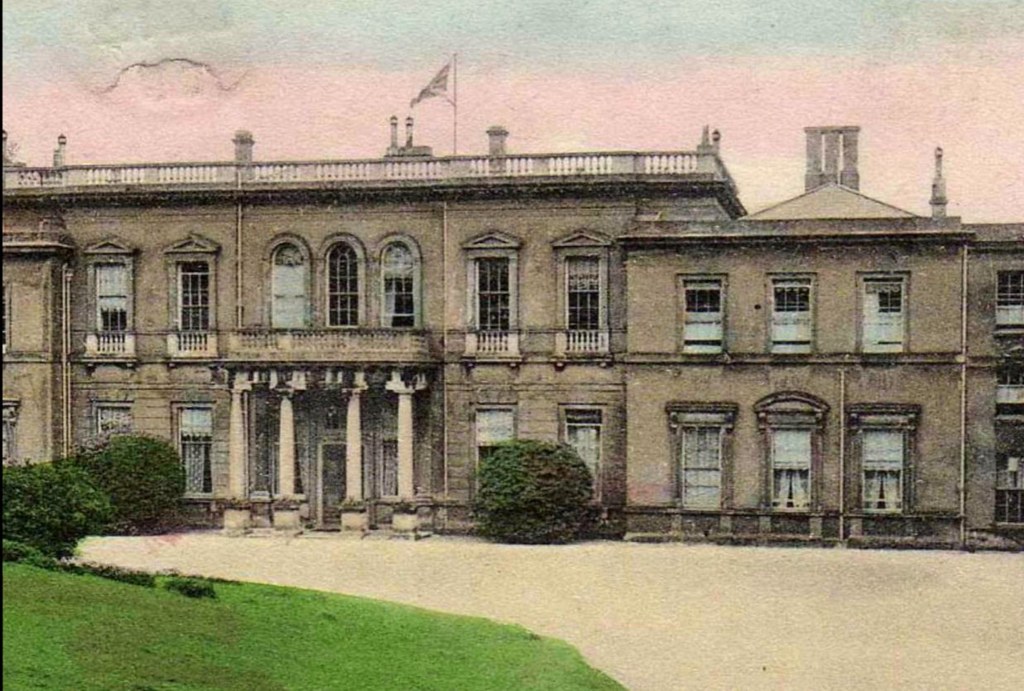 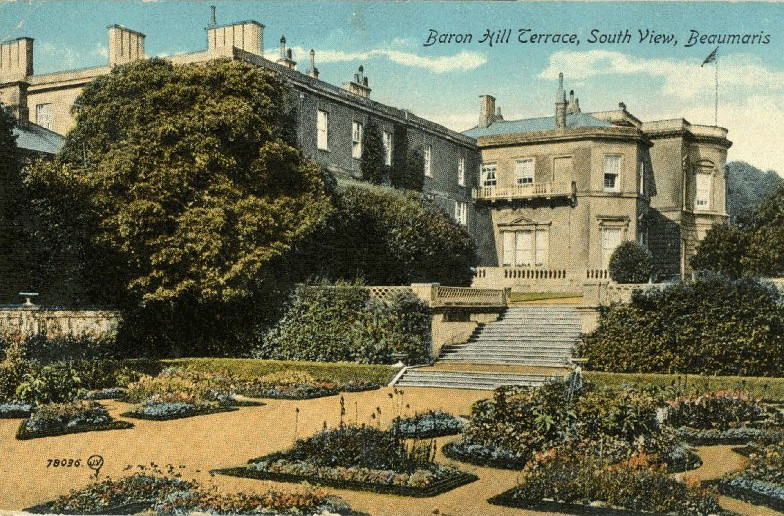 2. The Explore
If you are on Anglesey, like Porth Brickworks, this place is something of a rite of passage. It’s a well-trodden path to this place but it is no less enchanting because of that. Having parked up on the road and walked up the hill I came to the overbridge and up and round. Instead of heading in the direction of the house I first headed in the opposite direction, past the overgrown lodge in search of an icehouse I’d found on the old maps. After a while I came across it’s retaining wall and after a bit of a scramble I was up and in. It was a bit of the estate that most people don’t see.

Then it was on to the main attraction. It’s pretty much far gone but very photogenic (although, not easy to photograph). Spend the best part of an hour here and didn’t see a soul.

Walking up the road to the overbridge: 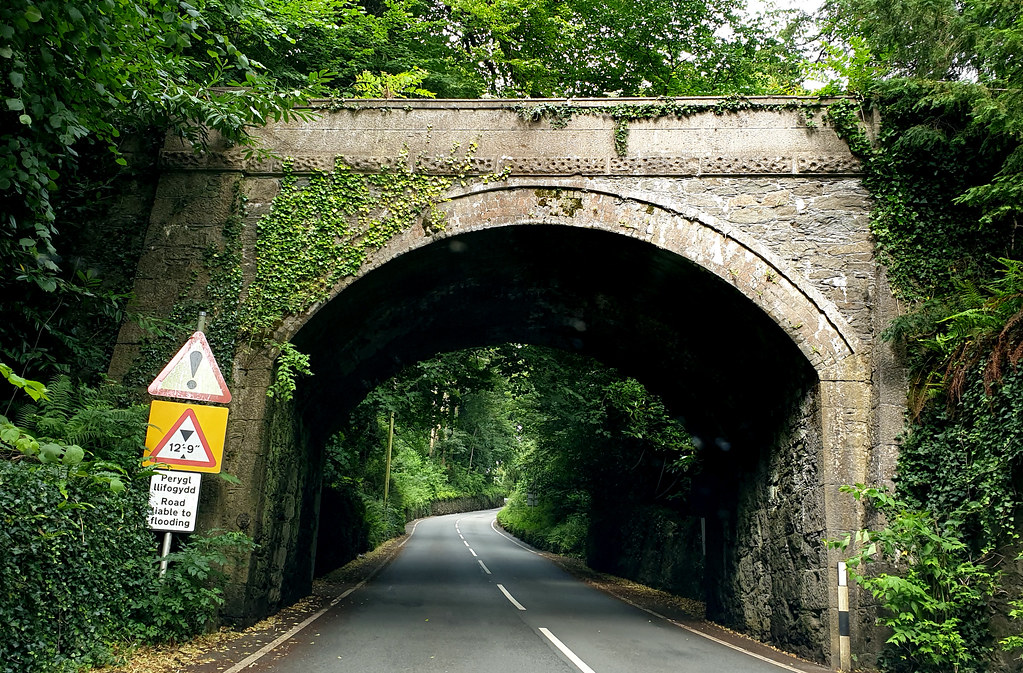 First up is the lodge. Very overgrown and hard to photograph: 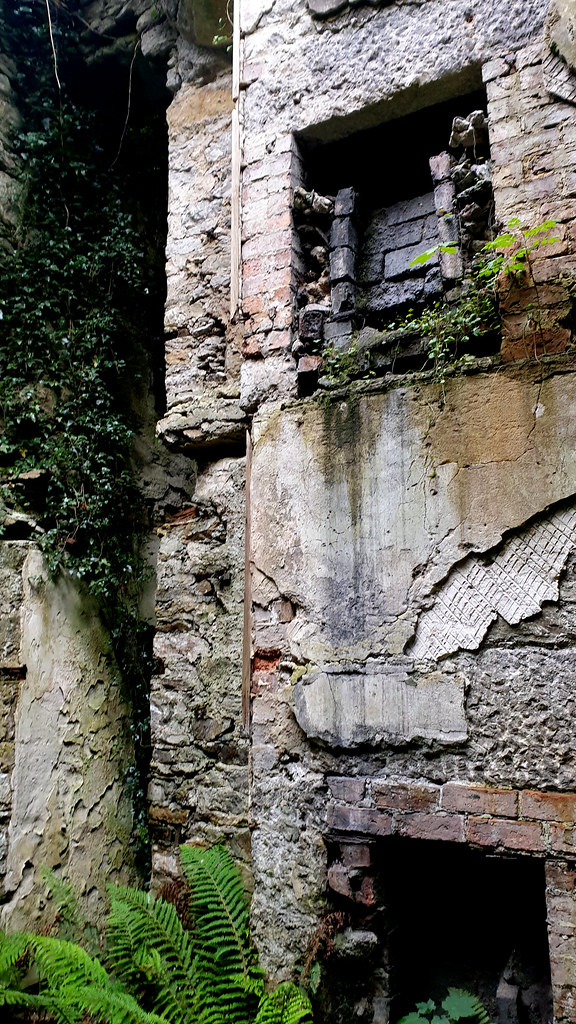 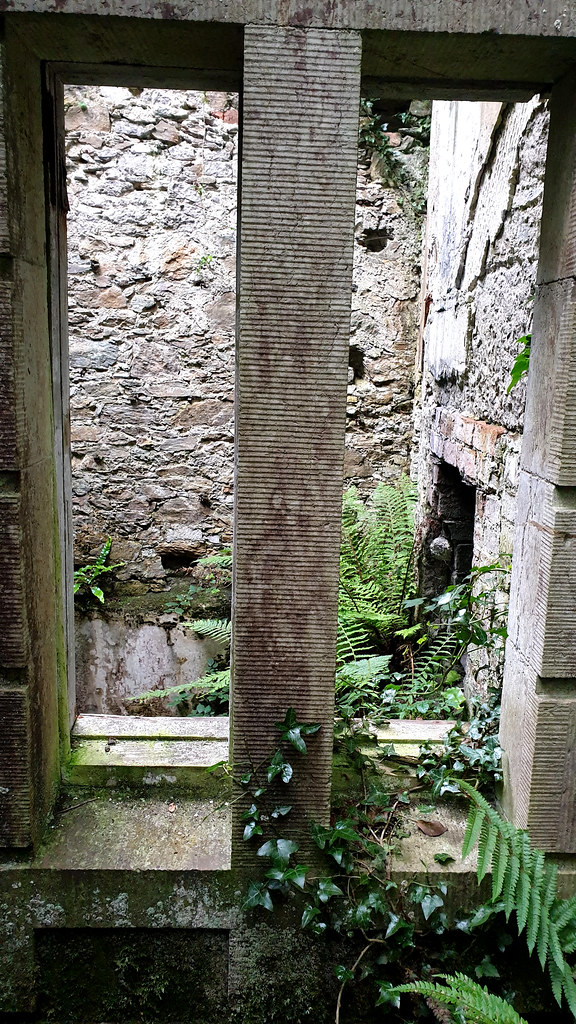 Then on to the icehouse: 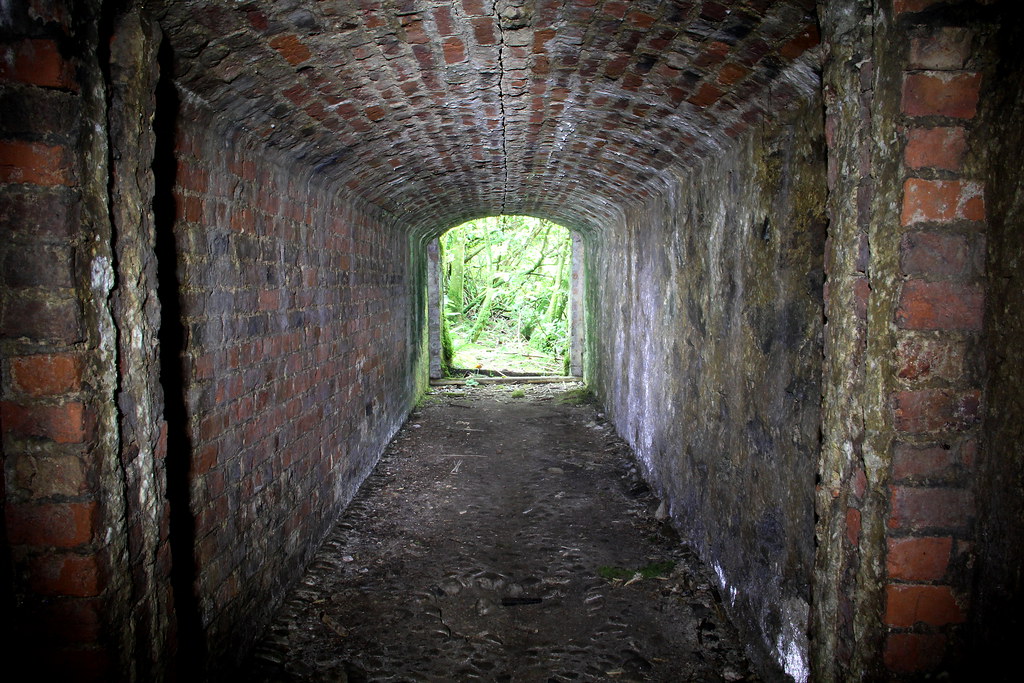 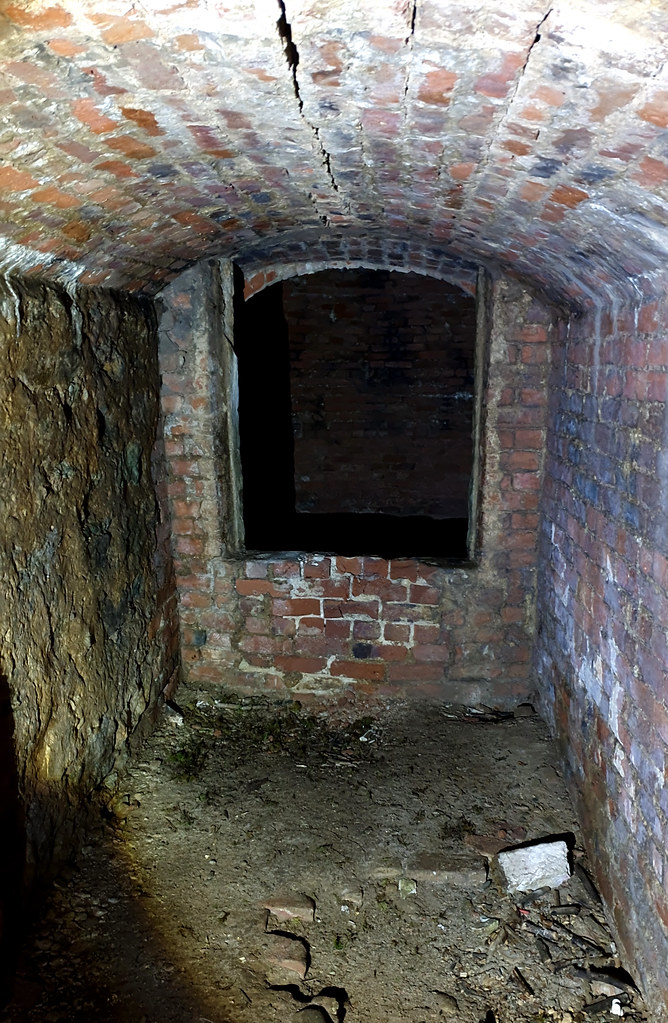 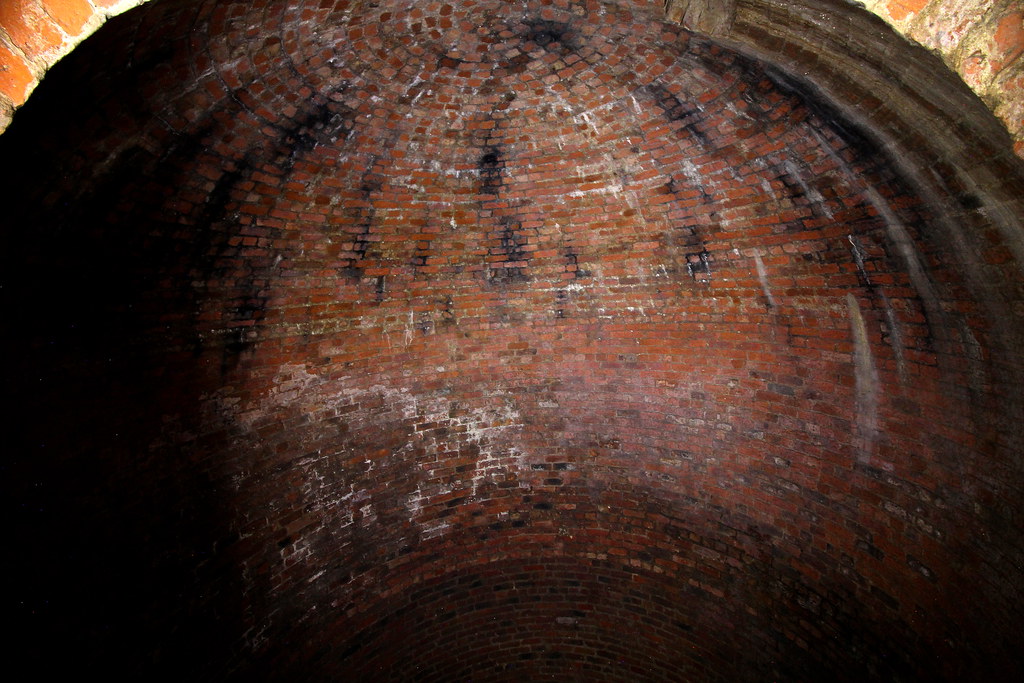 The back to the gardens of the main house: 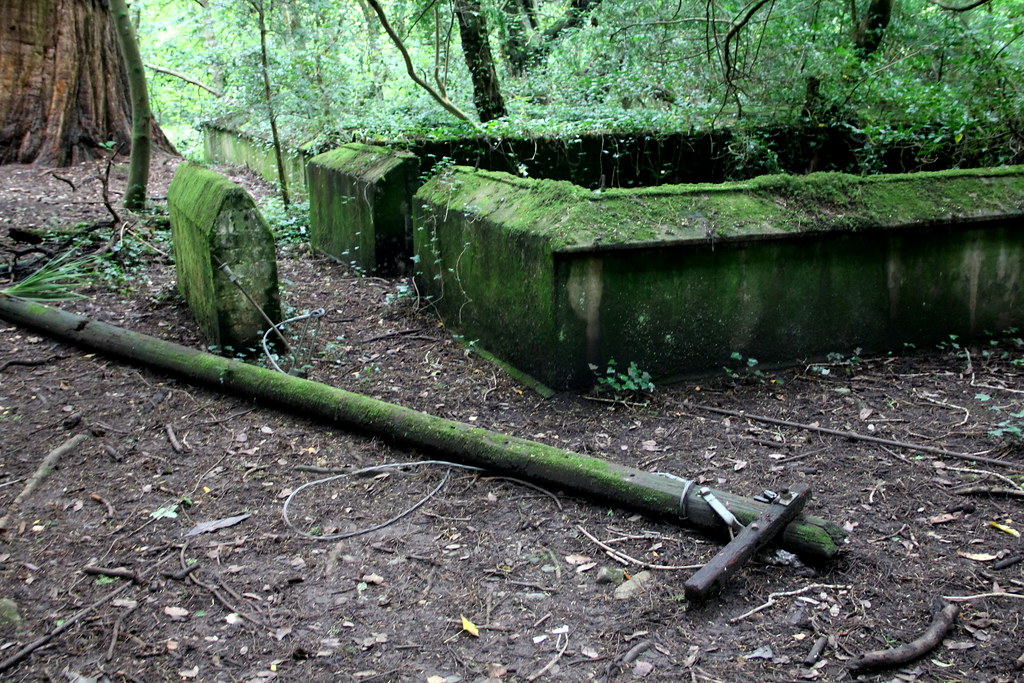 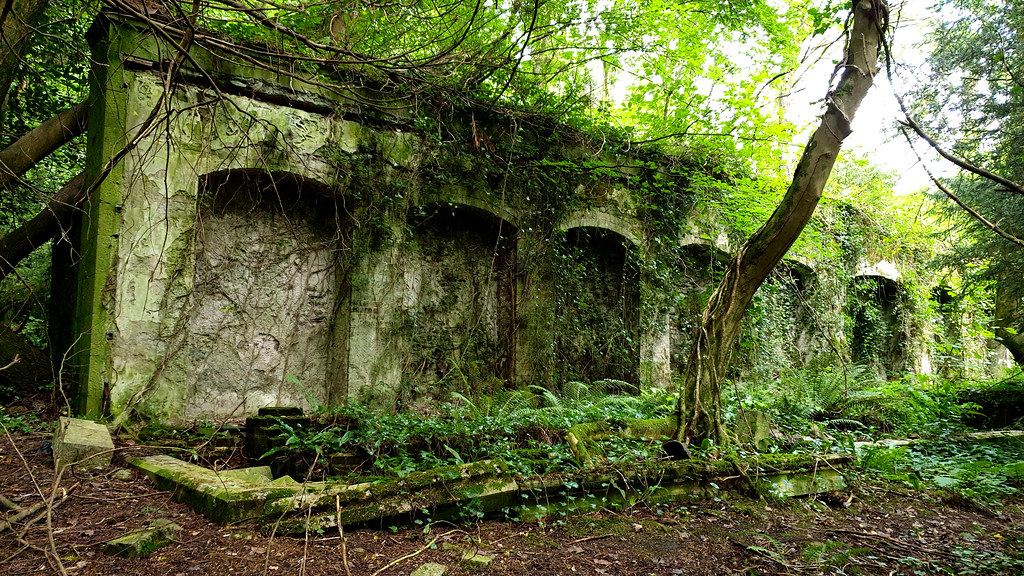 And the stunning colonnade: 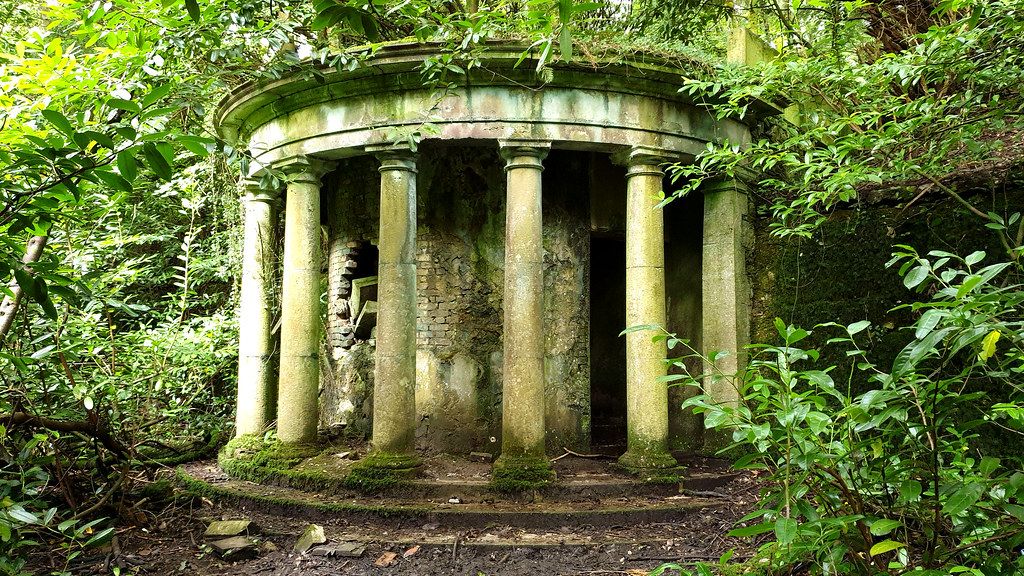 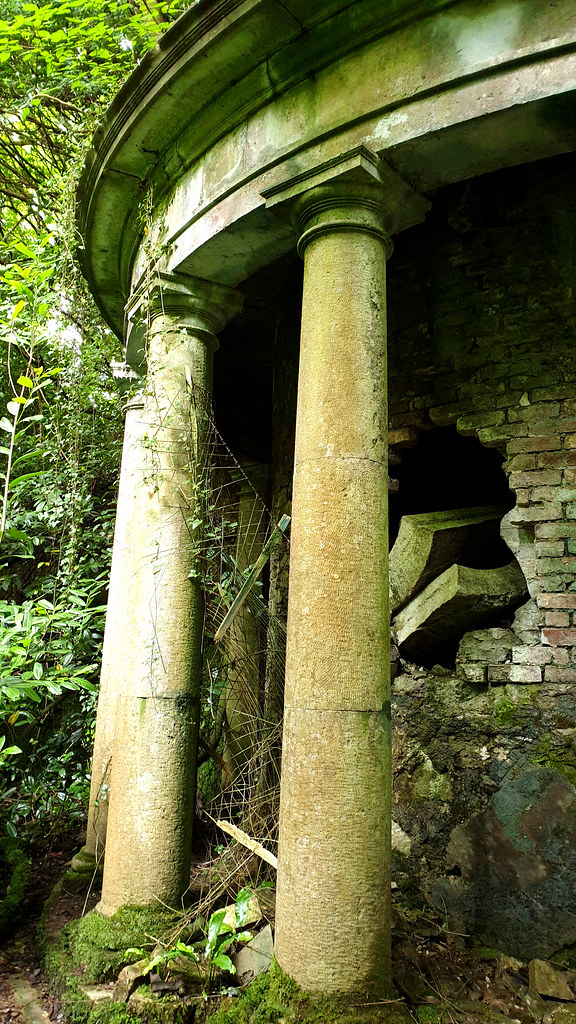 The on to the servant’s quarters: 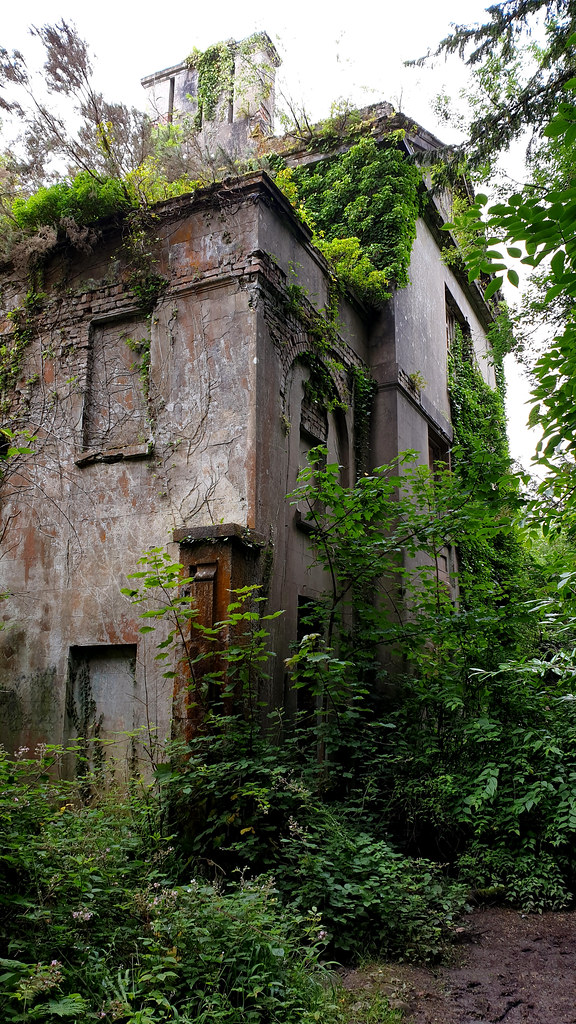 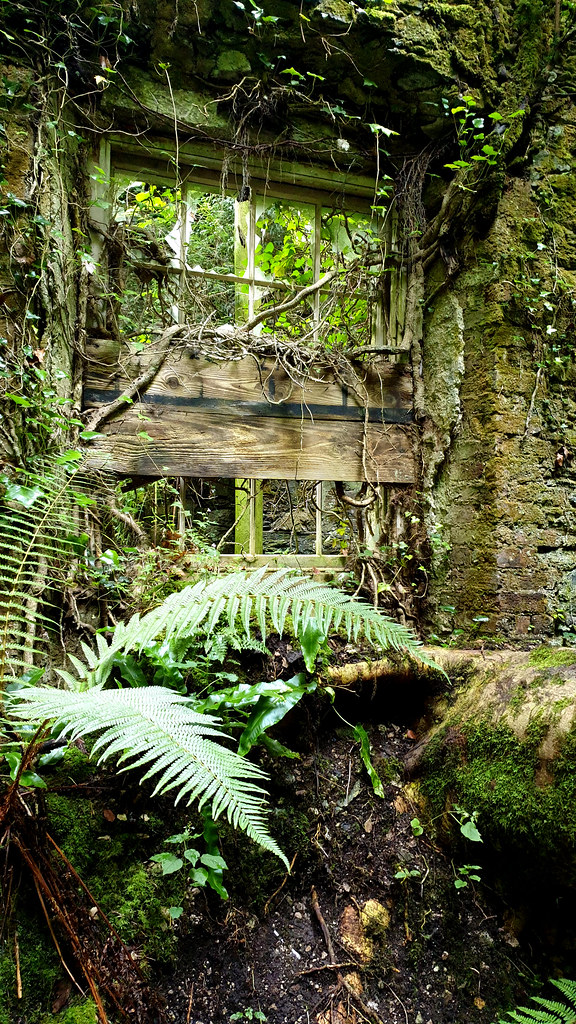 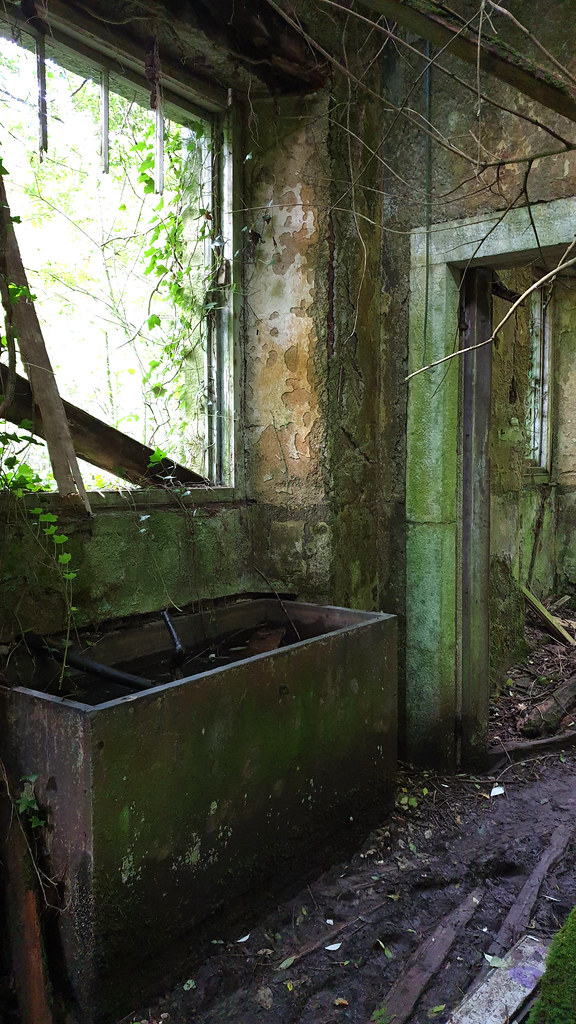 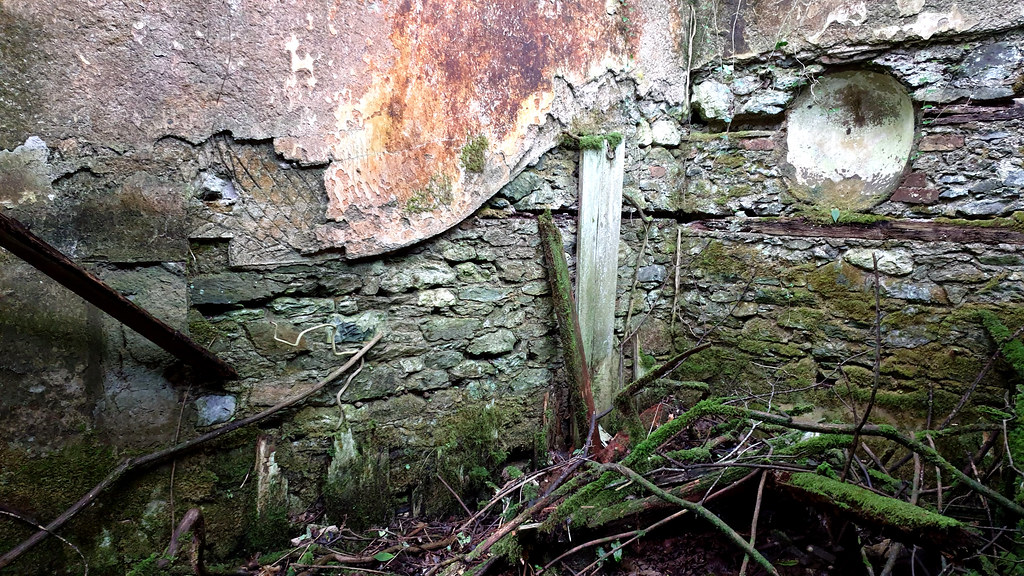 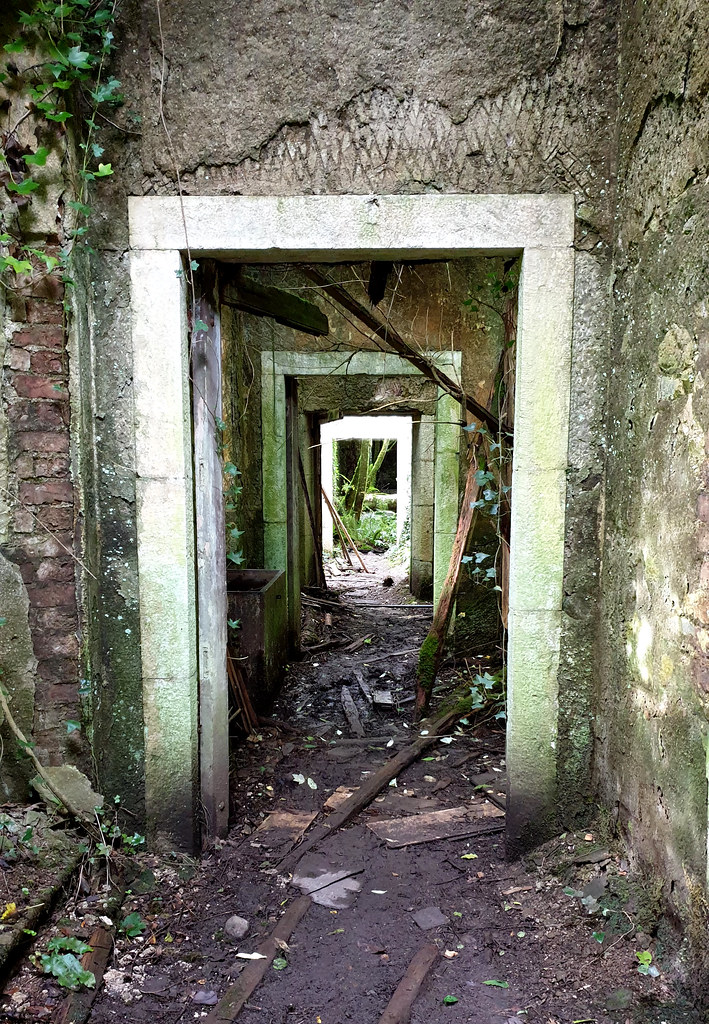 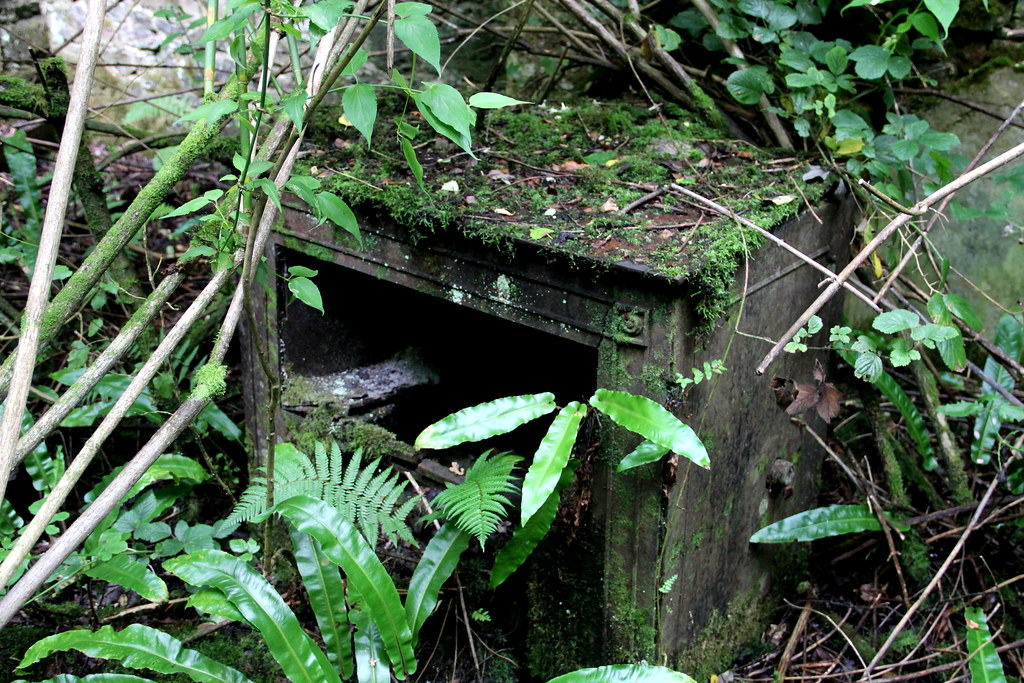 Then the main house itself: 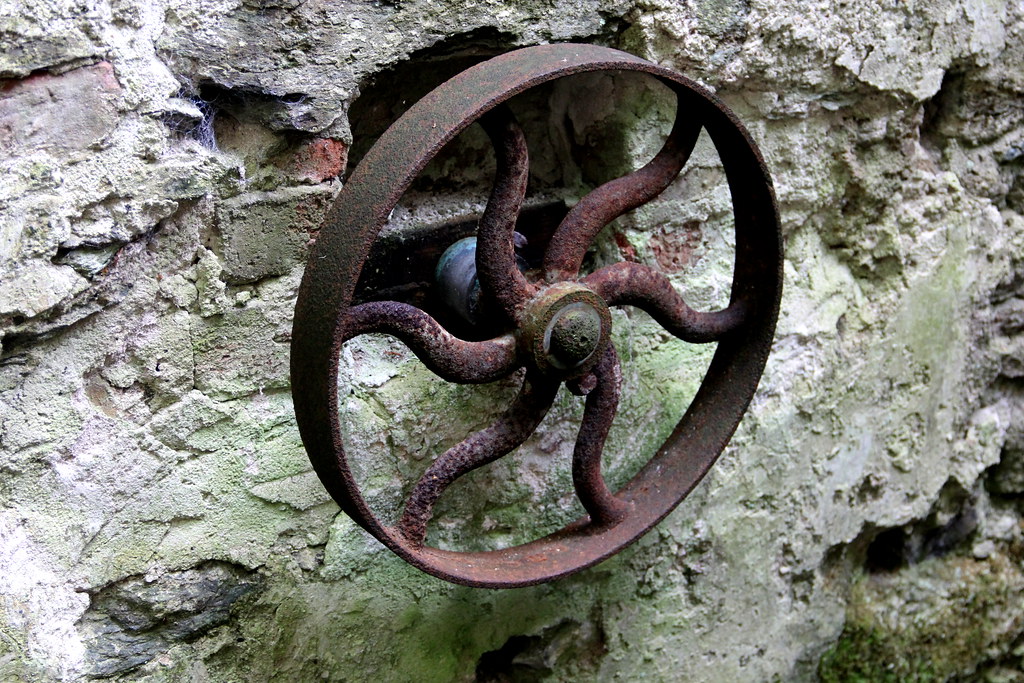 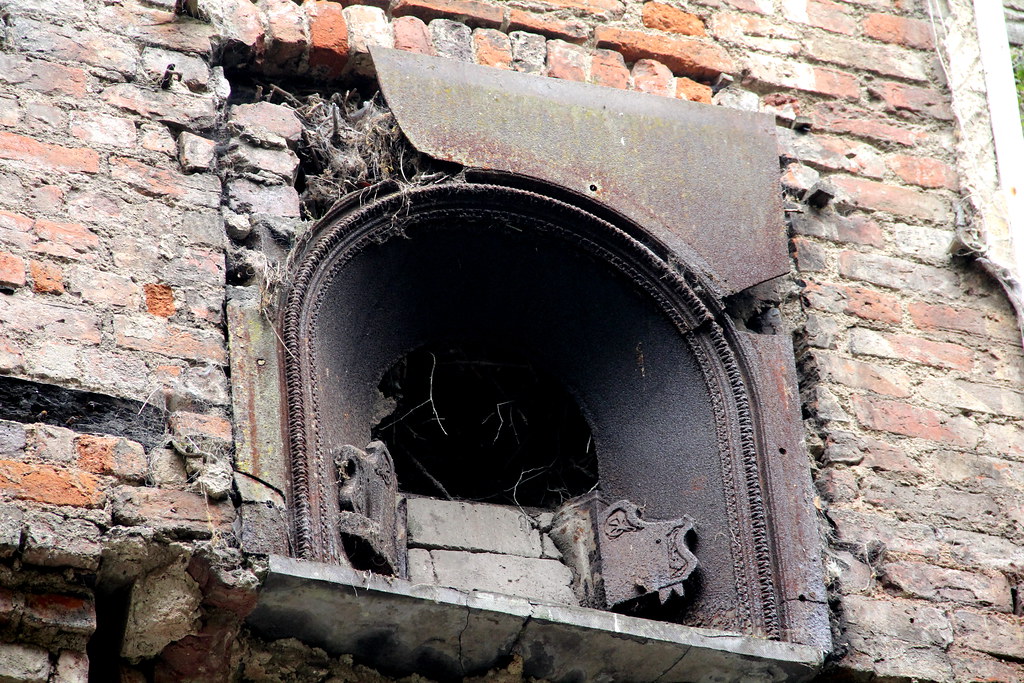 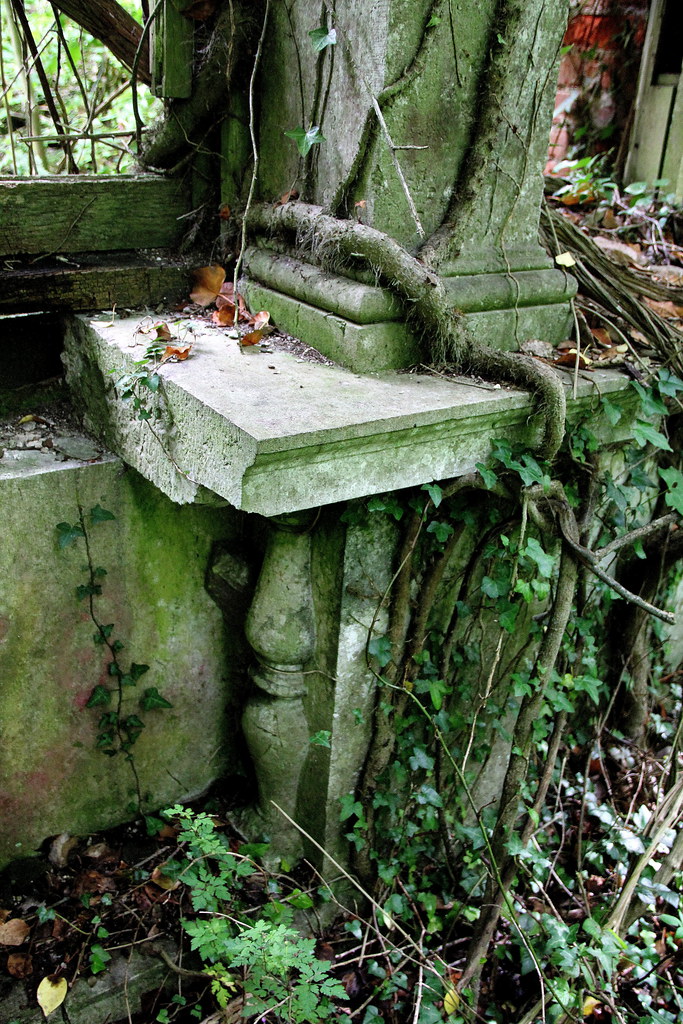 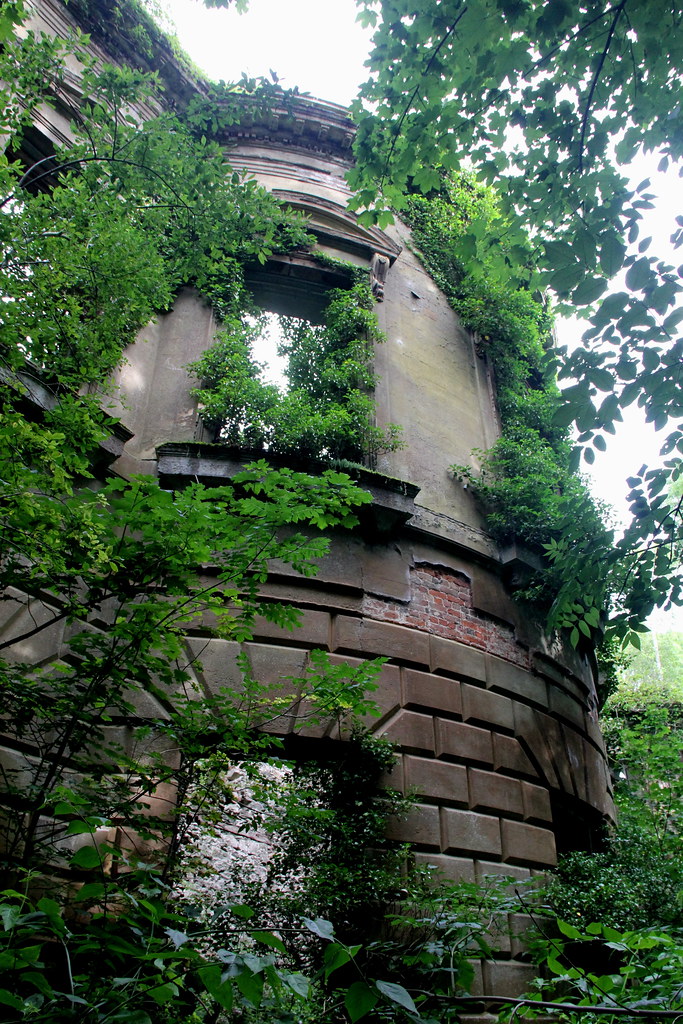 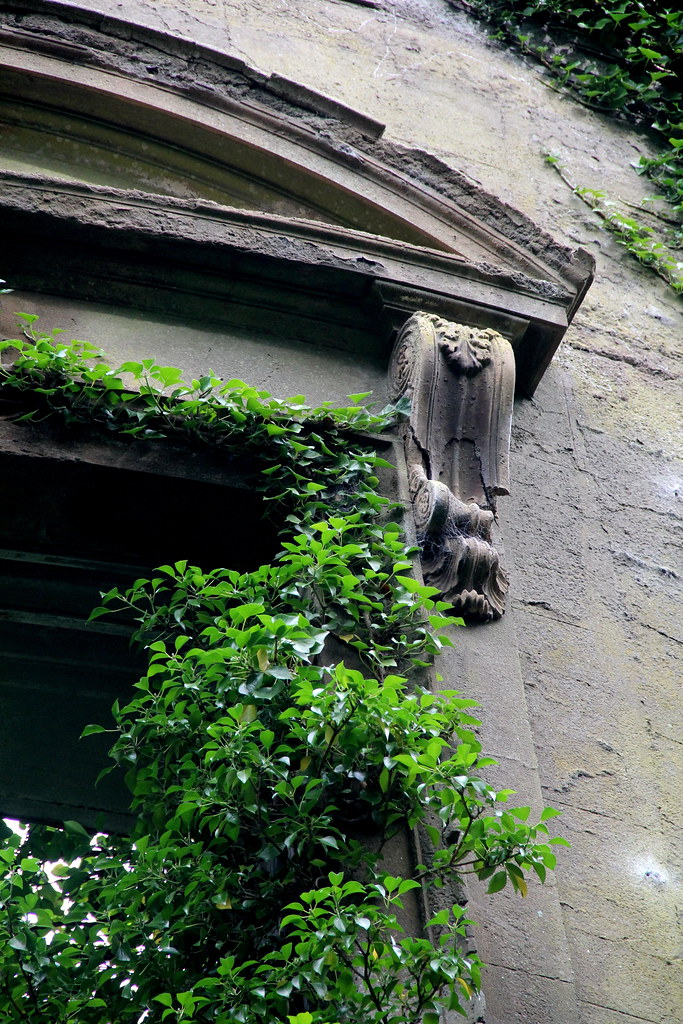 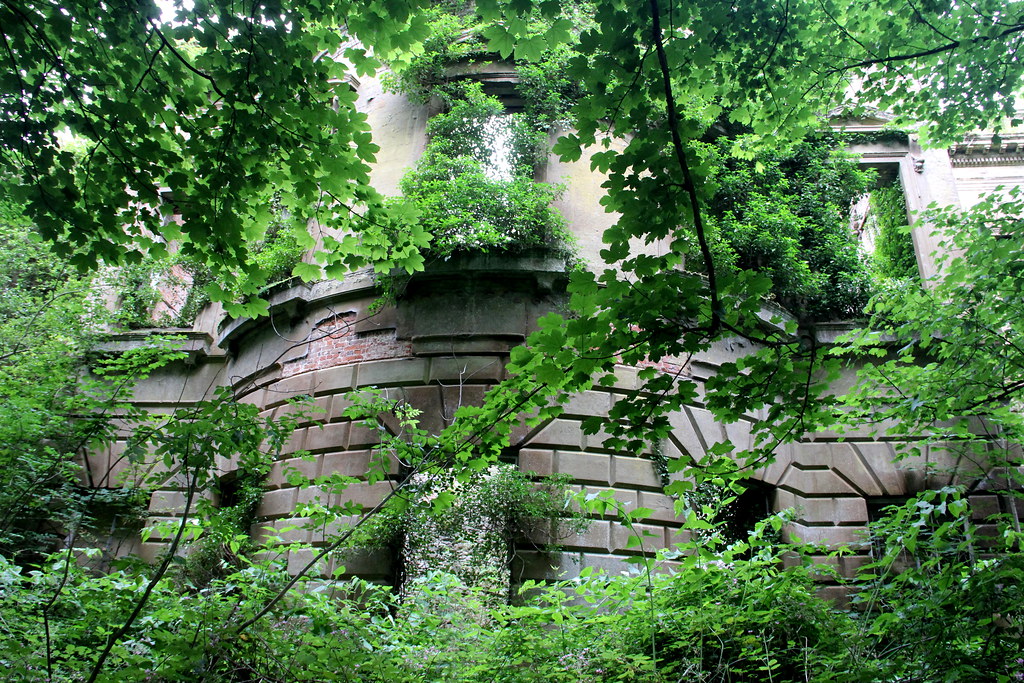 Regular User
Possibly the only bit of original ceiling plaster left in the whole house: 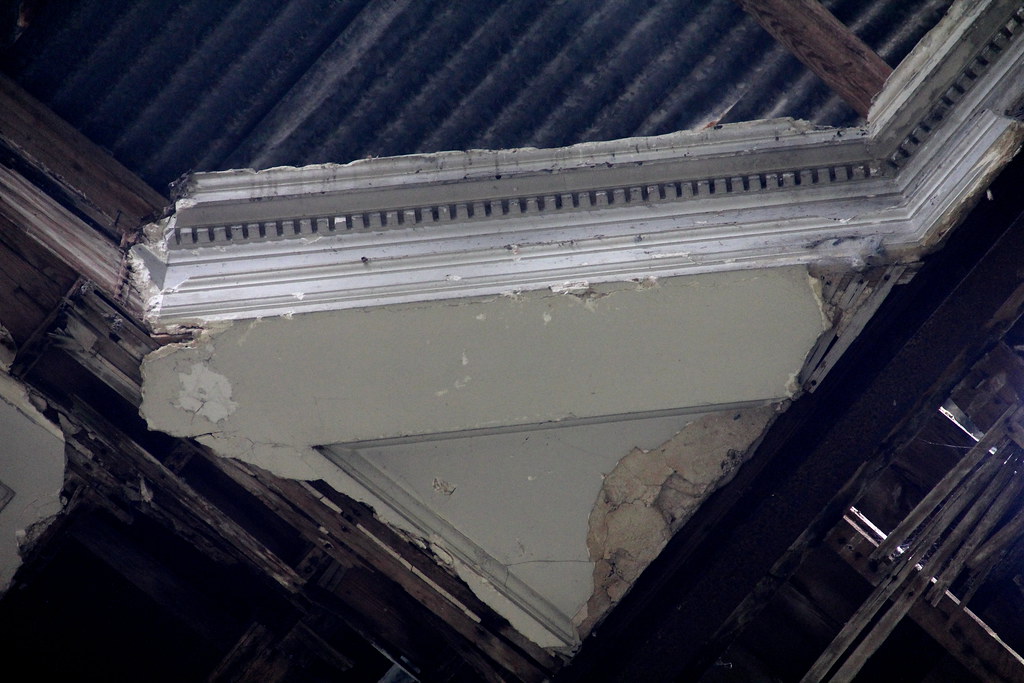 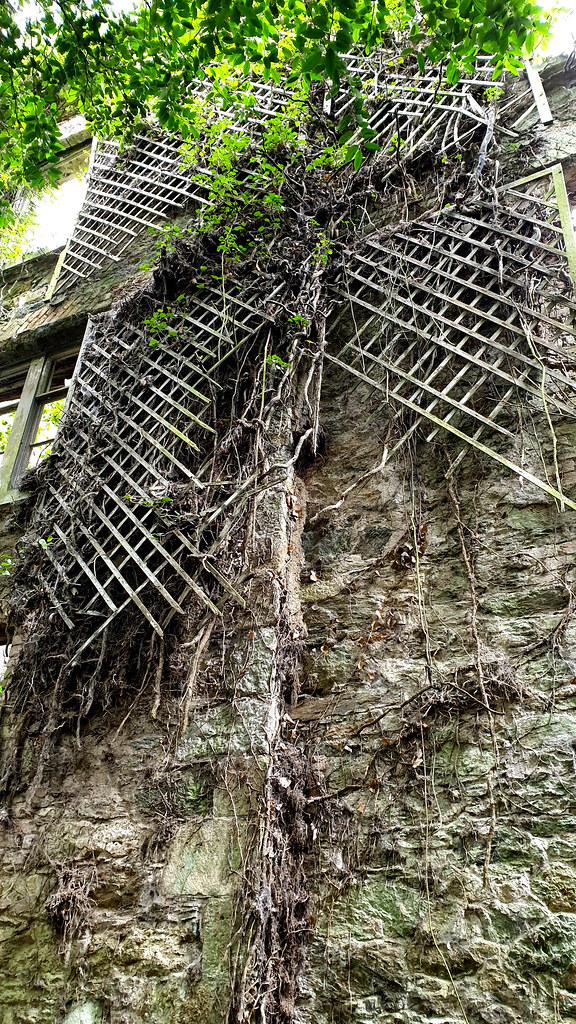 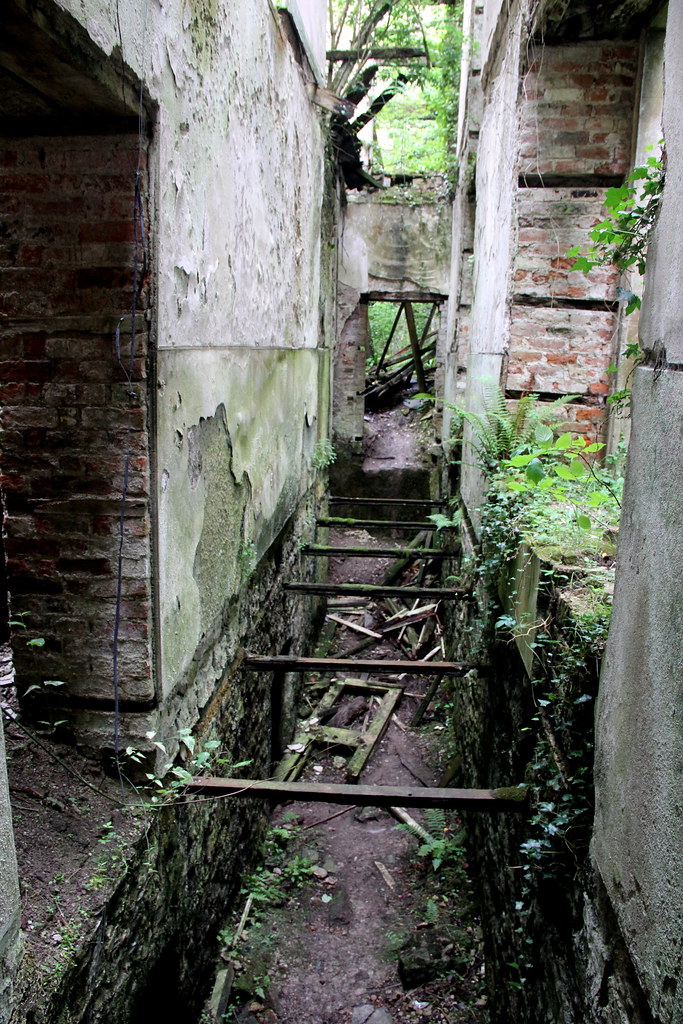 28DL Full Member
It’s a nice little wonder, I found the whole place a nightmare to photograph due to the amount of trees. There were still some original features to be found and plenty of nesting Owls and various other wildlife ready to jump out when you went near....

28DL Full Member
Lovley place, I must get back as I have unfinished business there.....
We must be as stealthy as the rats in the wainscoting of society.

Regular User
Thats criminal leaving such an historic mansion to go this way. It had an incredible life and now lies like this.

Saying that, its very photogenic and makes some wonderful photos. Such a vast estate, its good to see such a thorough and comparative report. The map with its Ice house, servants quarters & colonnade is an excellent addition. Well done finding all the places

Calamity Jane said:
Thats criminal leaving such an historic mansion to go this way. It had an incredible life and now lies like this.

Saying that, its very photogenic and makes some wonderful photos. Such a vast estate, its good to see such a thorough and comparative report. The map with its Ice house, servants quarters & colonnade is an excellent addition. Well done finding all the places

Was difficult to shoot and really should have got my tripod out!

28DL Full Member
Great write up on the history! It’s crazy how things change over the years would have been a lovely home back in the day
R

28DL Full Member
I was looking on google maps and found the Baron Hill Golf club, do the ruins still exist as I'm going to Anglesey for a week in September, have got a few ruins on my list to visit, wouldn't mind visiting this one
There's always somewhere to explore and photograph

28DL Full Member
Don’t worry about ruins in Anglesey you need to get to the decent time capsules out that way!! There’s loads to be seen would love a visit up there myself just to far lol
You must log in or register to reply here.
Share:
Facebook Twitter Reddit Pinterest Tumblr WhatsApp Email Link