Regular User
Beck Valley Culvert​
This is another of my early ones. There’s been plenty of reports from here over the years with much better pics, so I’ll keep it brief.​
The Beck Valley Storm Water Culvert carries the Beck Burn for about two miles under Nottingham. Like everyone else I didn’t explore the stoopy bit at the northern end of the culvert so I don’t know where the culvert starts but it outfalls into the Trent below “a lane” east of the city. There’s a deep shaft in Victoria Park just over a mile from the Trent but the hatch is locked, or at least it was when I went.​
Here’s an extract from http://undercitywebsite.blogspot.com/2009/03/nottingham-nottingham-background-and.html , which describes the original course of The Beck better than any other I’ve found.​

And here’s an interesting little extract from Urban Caving’s report on here. Unfortunately, I don’t know where he got it from.​ 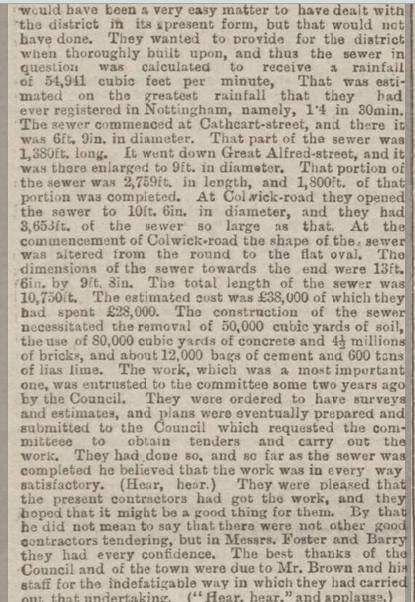 And here’s a map from http://www.nottshistory.org.uk/resources/maps.html
showing The Beck’s route in the 16th Century​ 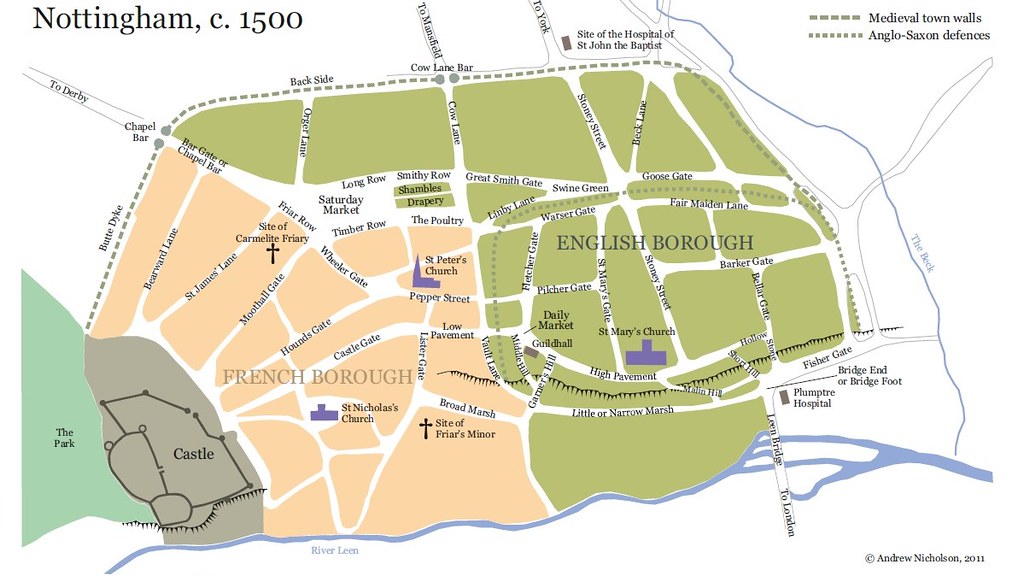 I went to the park first and squeezed through a tiny gap to get into the little stone hut surrounding the hatch at the top of the shaft. The gate had been locked and I thought this would bypass it. It did but the hatch was locked as well – buggar!​
Back to the drawing board then. I’d only been to Nottingham once before so didn’t have a clue where the outfall was but the penultimate shot in @Dingle report (thankyou very much!) coupled with a bit of logic and google maps was all I needed.​
It is very deep at the outfall, much deeper than my tripod was tall, and I remember brushing past plenty of decent sized fish in the area. It remained deep for some distance and as I did it at night there was not enough light entering from the outfall to get a decent pic from inside. As usual I walked as far as I could and got pics on the way back. The return trip would probably have taken about 2.5 hours without photos – it’s a bloody long way. Jeez it’s a pleasant and aesthetically pleasing stroll once you’re out of The Trent’s waters, though. I highly recommended it!​
Can’t remember how far I stooped up here but it’d have been some way!​ 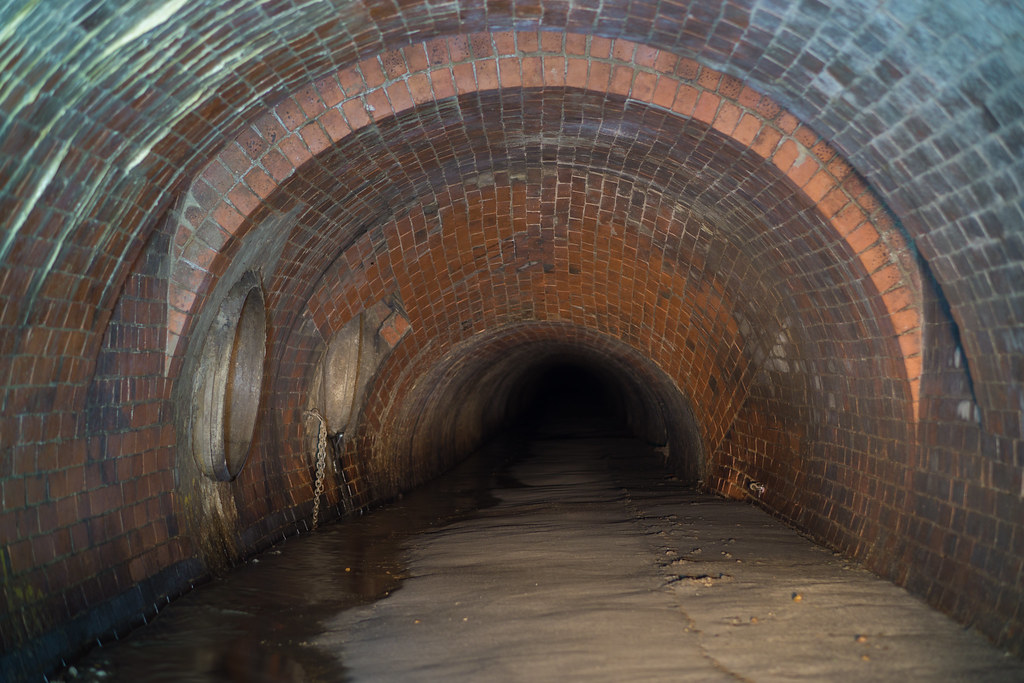 I saw this up one of the side pipes somewhere near where the last pic was taken. I think there was a small sewer below but I didn’t photograph it​ 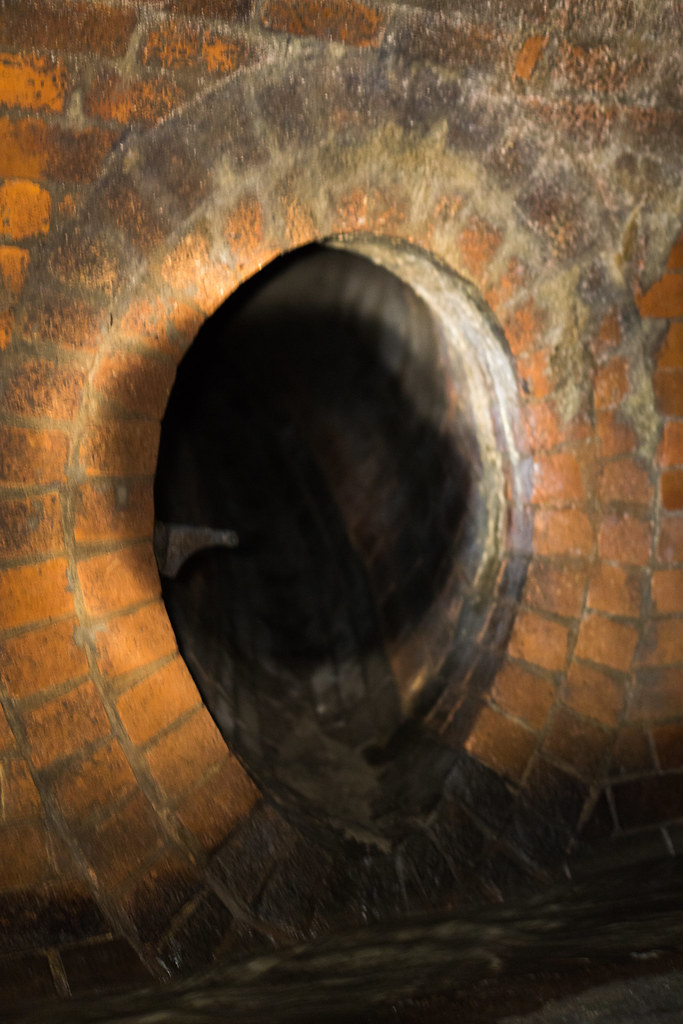 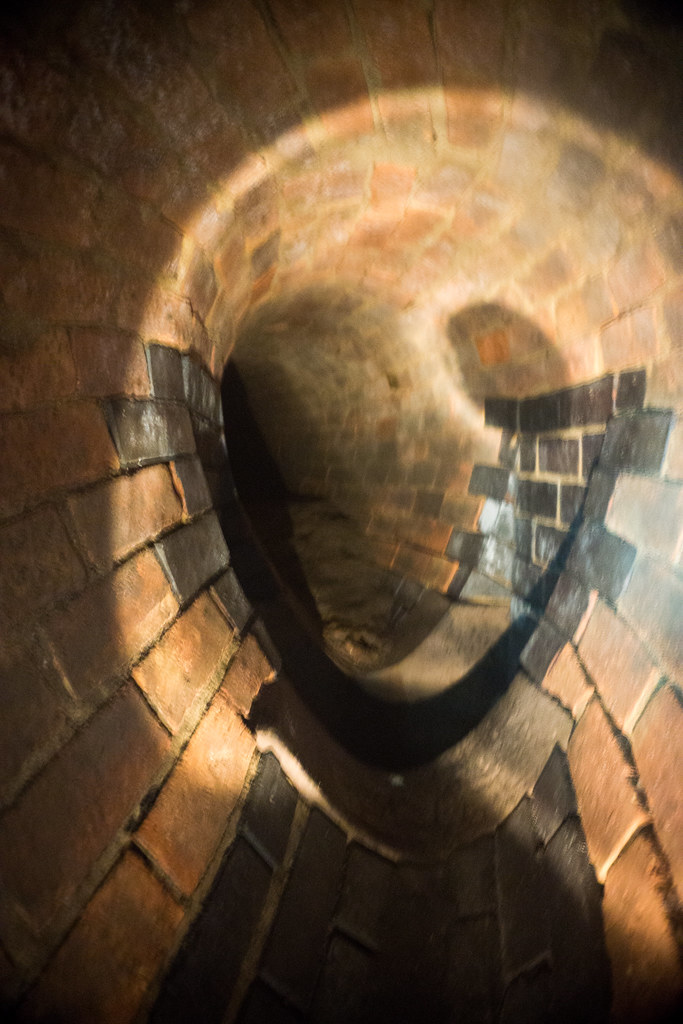 From the bottom of the shaft looking up. Needed another light shining downwards, really​ 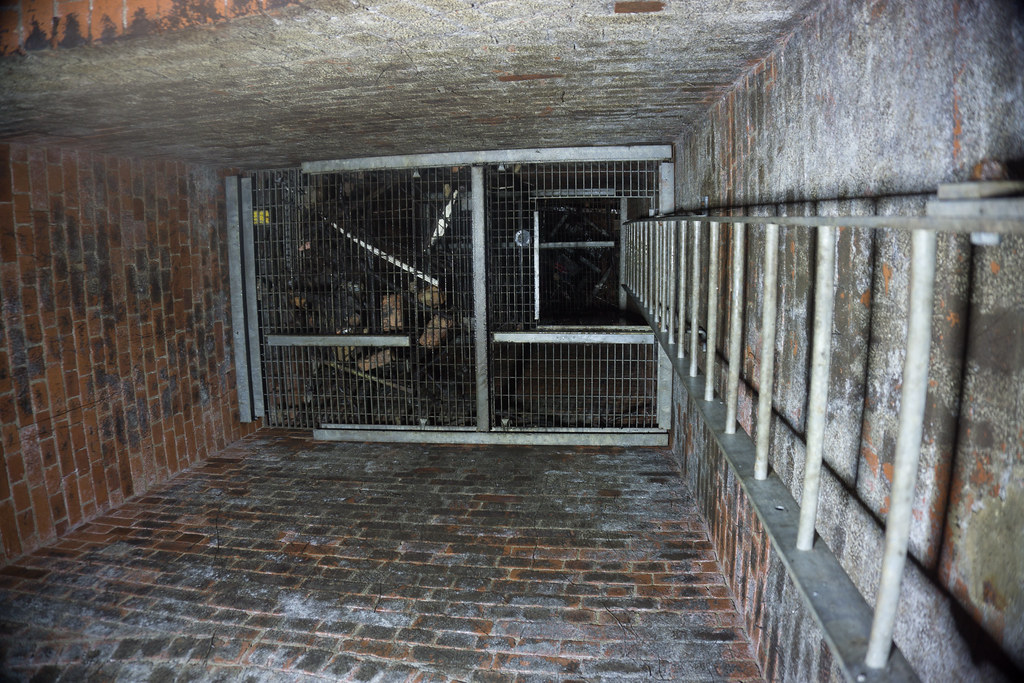 Top of steps looking down ‘em​ 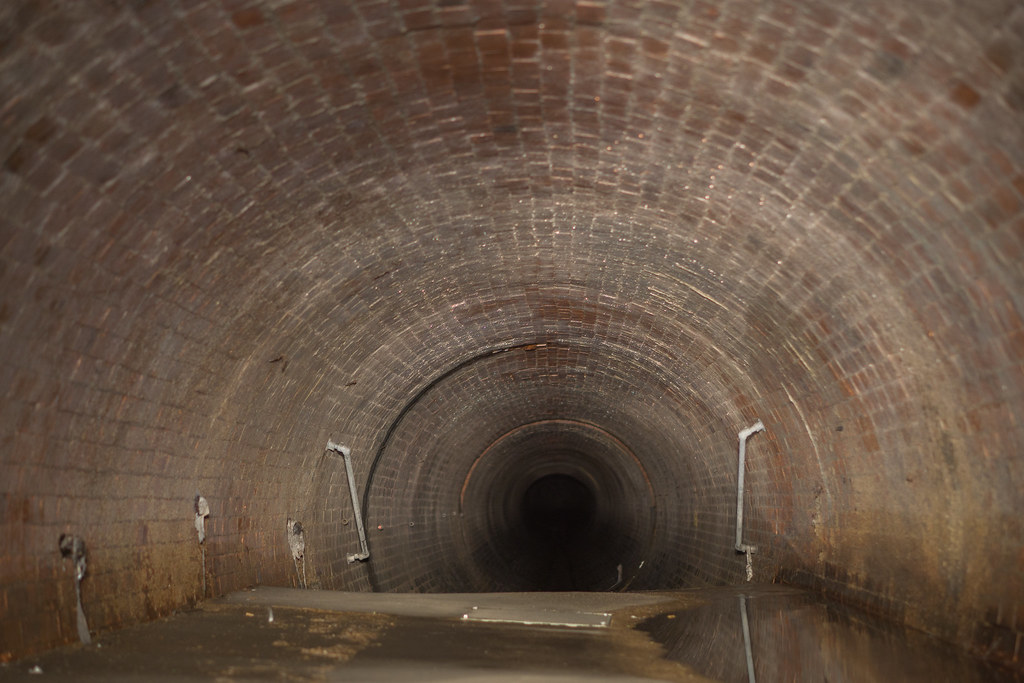 Bottom of steps (which are in focus!)……lookin up ‘em​ 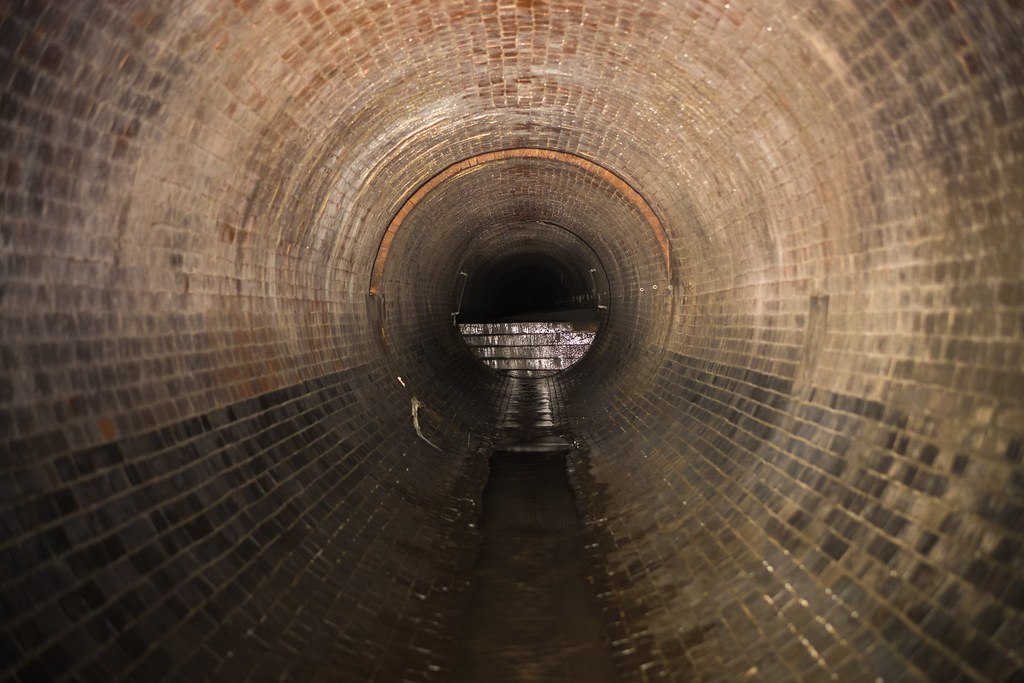 An corner, not many of these, so I took a photo!​ 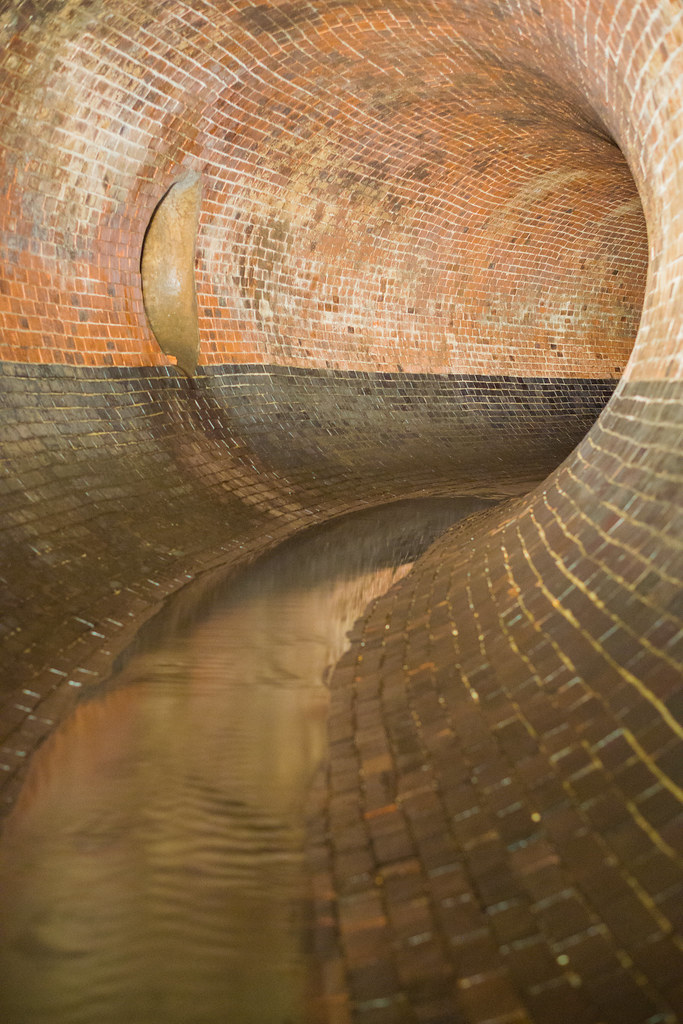 One of me favourites​ 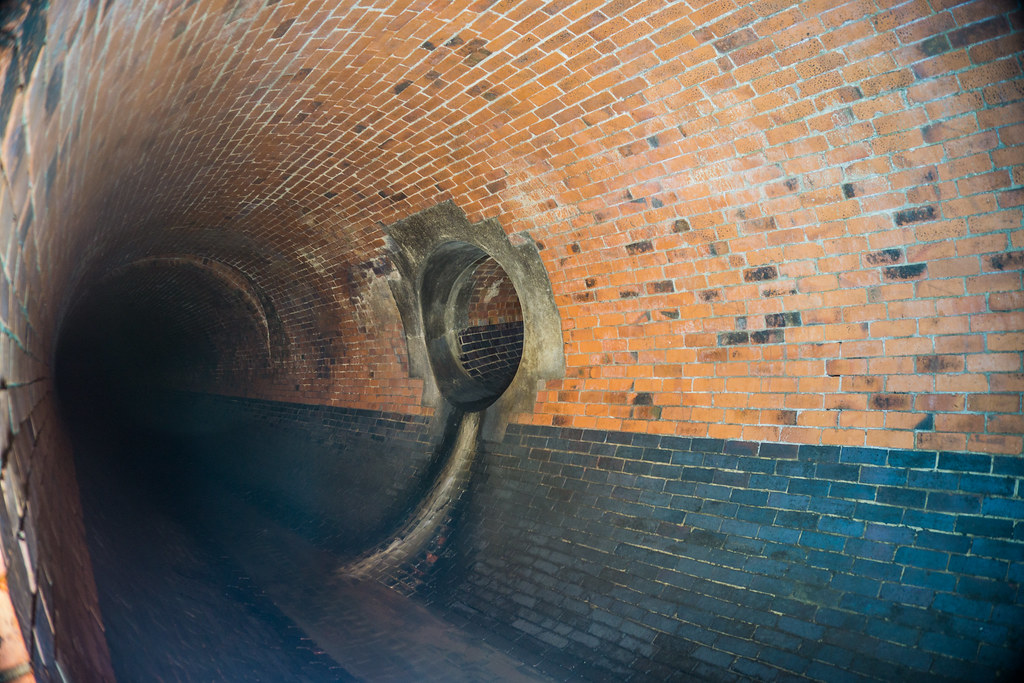 The only easy way in/out? Didn’t check the lid but have seen reports of others coming out of a lid somewhere. I don’t remember there being many along the way. It’s very grand though, a proper job!​ 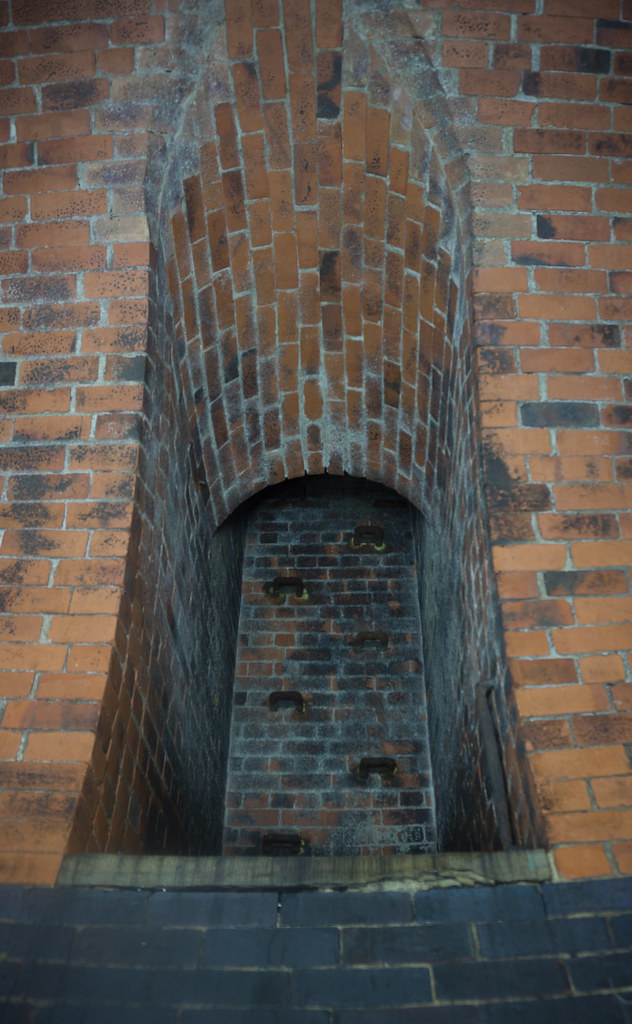 I definitely missed a trick here. This is not far from the outfall. It stays annoyingly deep for some distance before it got well above my waist height​ 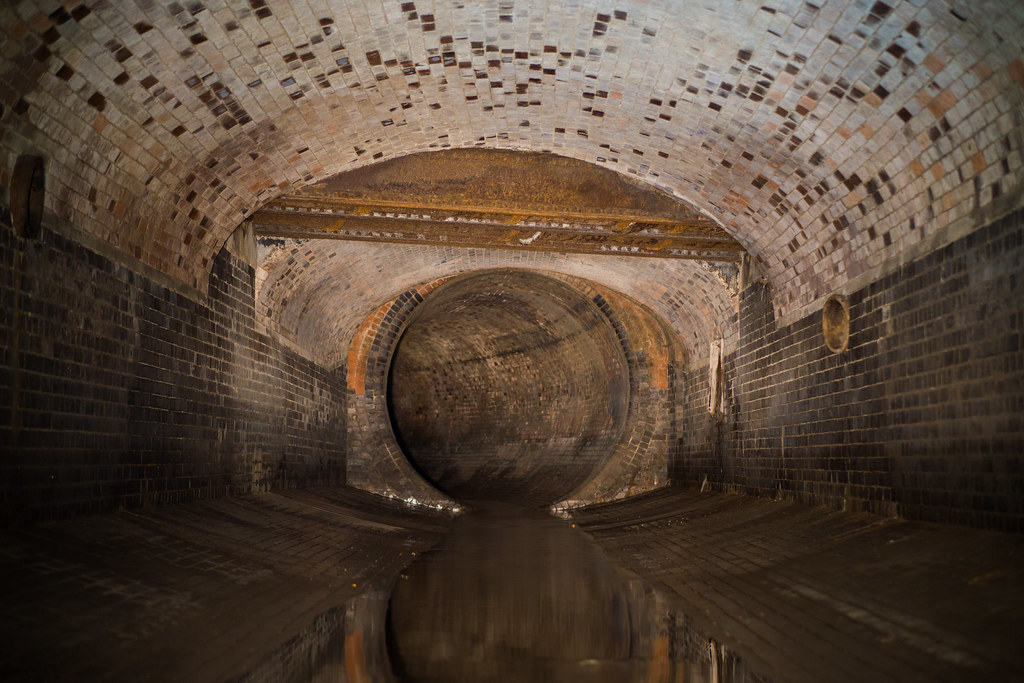 Well that’s it. Hope yer liked it. Pics aren’t great, I know, but you can’t polish a turd. Sharing’s caring an all that!​

Staff member
Admin
Nice I’ll get round to this one day
Ojay@28dayslater.co.uk‏​

Third pic looks like old leap weir overflow, early and crude form of CSO... was said small sewer at the bottom of this hole?

Regular User
Thanks for that @Killa I've only ever seen a few but have never heard of the term leap weir before. It was nearly two years ago and can't remember if there was a sewer below but if there was it would've been small and i didn't photograph it. I'll be doing a thread on the ranelagh sewer in london in the coming months. There's a much, much bigger version of one just before the outfall to the thames

28DL Full Member
Cheers @tallginge, here's a couple of examples, the book is my own, plus a pic robbed off Google...

The idea was dry weather flow drops down the hole, but storm flow, flowing faster and of more volume would leap the gap and pass on to the river, long before solids seperation and screening was thought necessary!!

Regular User
Fascinating - thanks again! Could you send me the isb number of that book please? I love the style of writing in old books like that. "..... one must not lose sight of the fact that the first washings of streets, roofs and back yards are usually very foul and quite unfitted for discharge into a river" - yes!
I can't wait - here's the end of the ranelagh!

Regular User
Another nice one, defo worth the effort writing up these older ones.

Regular User
Good to see pics of this one again. I remember just how deep this was at the outfall.

@Killa. That book looks like a most interesting read!

Tallginges example of how the Ranelagh ends is just what I thought of when I saw that Leap Weir description.

tallginge said:
Fascinating - thanks again! Could you send me the isb number of that book please? I love the style of writing in old books like that. "..... one must not lose sight of the fact that the first washings of streets, roofs and back yards are usually very foul and quite unfitted for discharge into a river" - yes!
I can't wait - here's the end of the ranelagh! View attachment 776754
Click to expand...

@tallginge , hi mate, there is no ISBN number, its too old!
Details:
Drainage and Sanitation
E. H. Blake
Batsford
1920
You may find a copy on Abebooks (www.abebooks.co.uk)
Hope this is of use

@TheVicar yes it is a very interesting read, lots of sketches of old drainage systems and design details!

28DL Full Member
That book is fascinating for those of us interested in drains and sewers. I know it is a bit anorak-y, but I would love to have a copy, even in pdf, which is not the same as having a paper copy alas!

Regular User
nice stuff, this reminded me alot of the works in Moss side.
stranton

Regular User
Thanks mate, yeah see what yer mean. At the manc meet i was pleased to see the blue and red brick together at the works - i'd forgotten how nice that end was. Jeez beck valleys longer tho! Honestly that pic of yours helped a lot - I'd have probs given up orherwise after findin shaft locked! Its easy when yer know tho