28DL Full Member
After our walk round the loyalist area, OT and I follow the line of the wall to get us into the republican area around the Falls Road.

One of the first things you see is the 20 story Divis Tower, on Divis Street, which is the approach to the Falls Road.

It is the last remaining tower of the Divis Flats, built in 1966, and originally home to 3,000 people, in very poor conditions. During the 70s the British Army built an observation post on the roof of Divis Tower, and also occupied the top two floors of the building. At the peak of the conflict, the only access to the post was by helicopter.

Removal of the post began in August of 2005, following an IRA statement declaring it would end it's armed campaign.

On a nearby wall, protest graffiti remains: "Demilitarise Divis Flats". 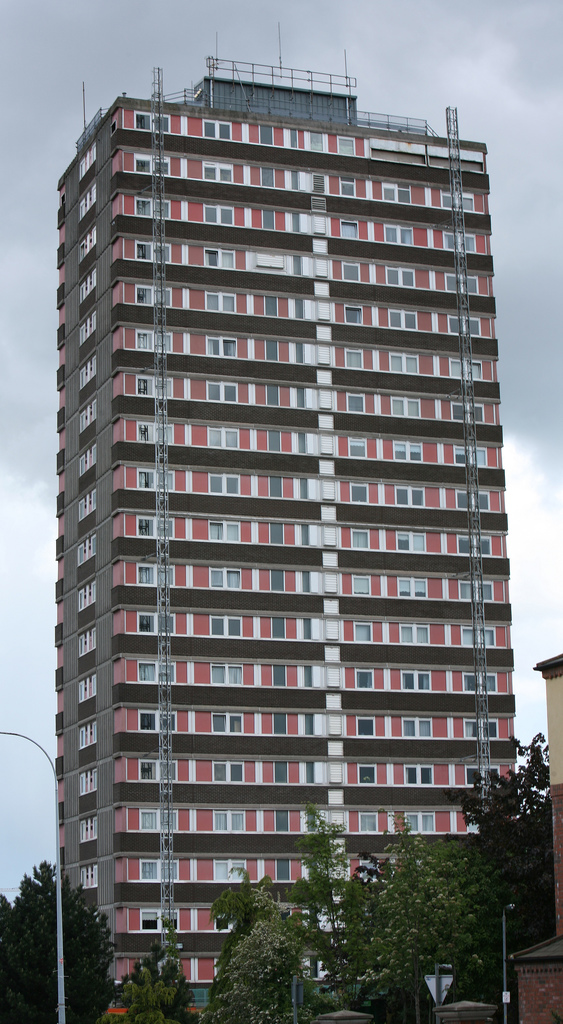 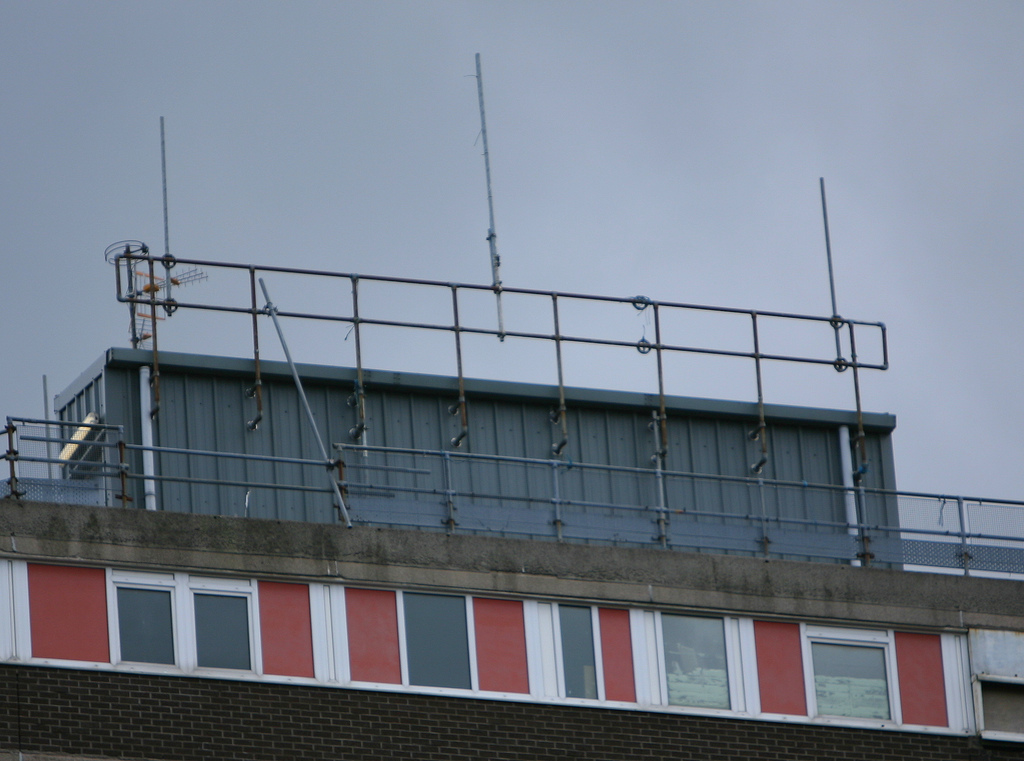 This mural is one of a series on wall near the Divis Tower. Many of the murals have a political theme, and unlike other murals in the area, are not intrinsically linked to the republican movement. 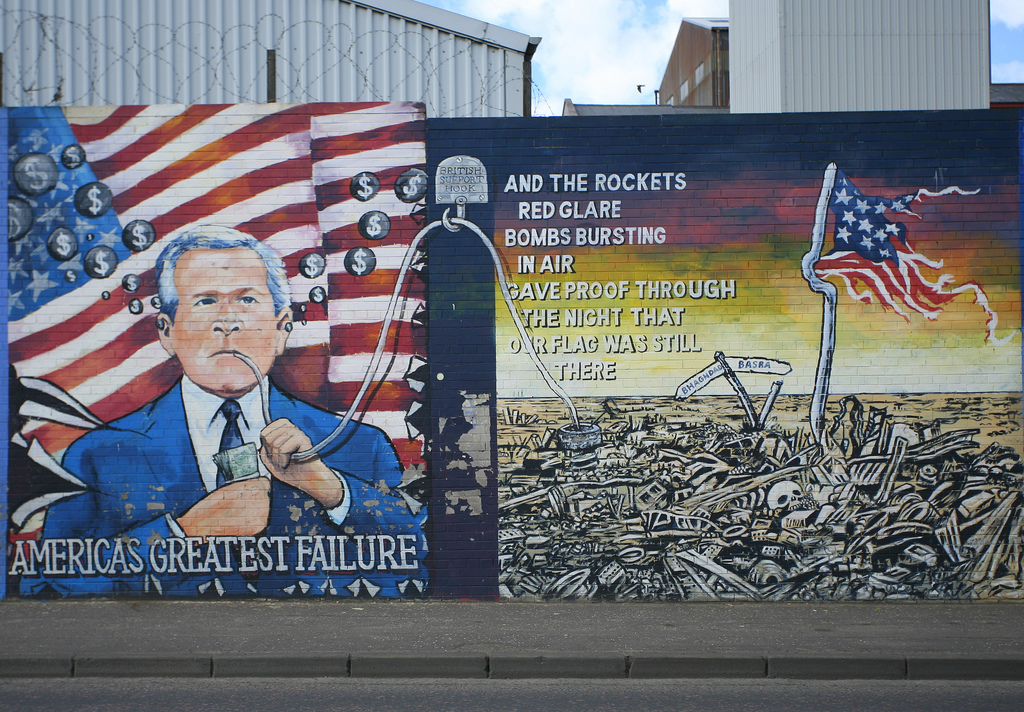 Although the regeneration is under way, much of the Falls Road area is still run down. In striking contrast though is this memorial garden. It is immaculate. Taggers, not surprisingly, do not leave graffiti here. 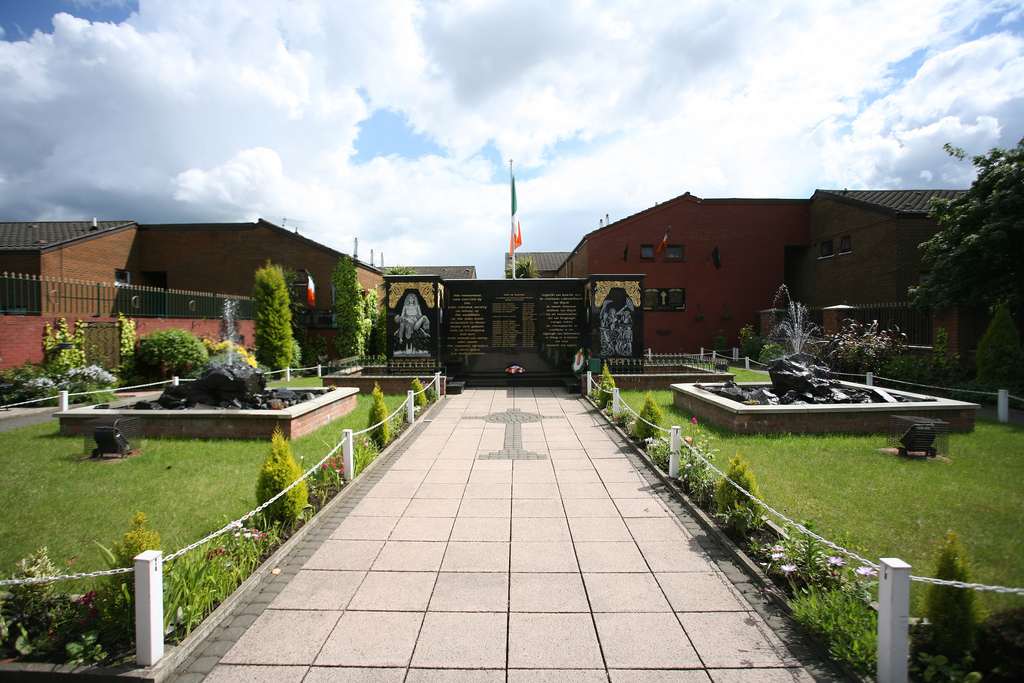 The plaques contain many names, including those of more well known IRA members. 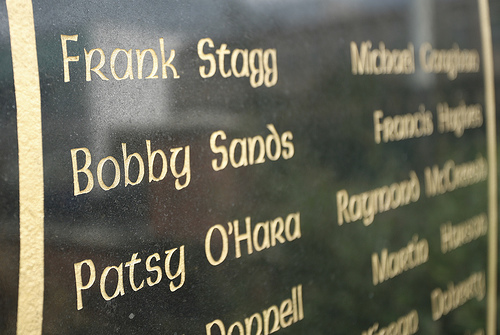 This mural sits on the end of the building housing the main Sinn Fein office on the Falls Road.

) - Bobby Sands was an IRA member who died in 1981, on hunger strike in the Maze prison. The protest was ostensibly to achieve political prisoner status, but was also viewed as means of generating publicity for the republican cause.

During his time on hunger strike, he was elected as an MP in the British Parliament, narrowly defeating the Ulster Unionist representative, thanks to an agreement between the various republican parties not to split the vote.

Three weeks after being elected, Sands died aged 27. 100,000 mourners lined the route of the funeral procession.

Margaret Thatcher, then British prime minister, said in Parliament: "Mr. Sands was a convicted criminal. He chose to take his own life. It was a choice that his organisation did not allow to many of its victims". 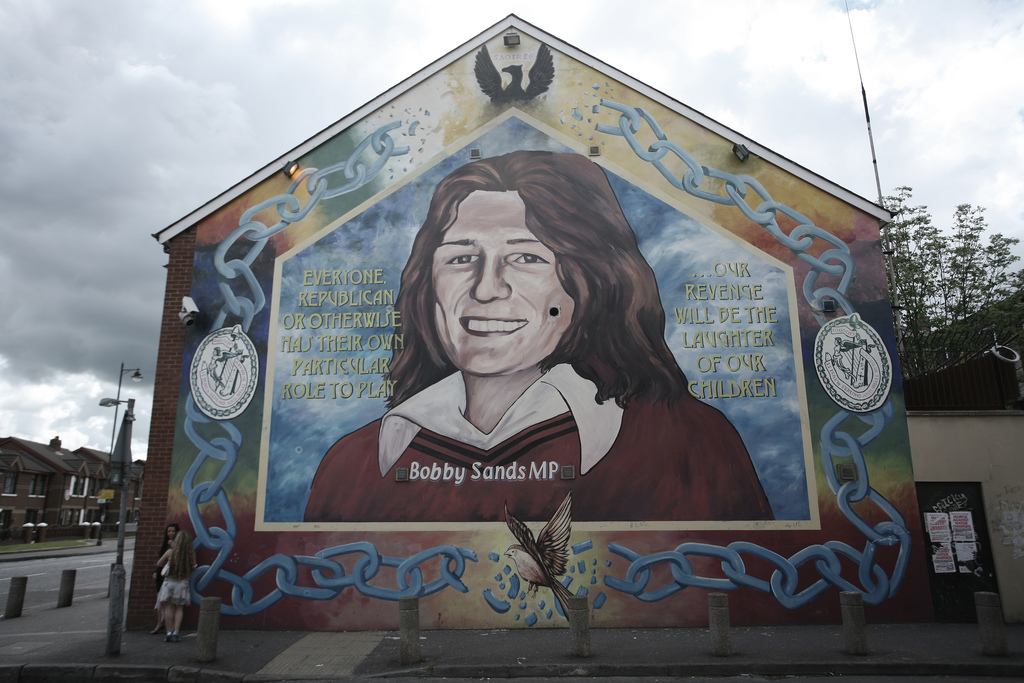 This is the Clonard Martyrs memorial, in the Clonard area, near the wall. It remembers local victims of the conflict. The Irish tricolour flag is visible from the loyalist side of the wall.

The area was originally traditional red brick terraces. Many of these have now been replaced with modern terraced housing. This regeneration, on both sides of the wall, is giving the area an innocuous and contemporary feel - in stark contrast with it's past. 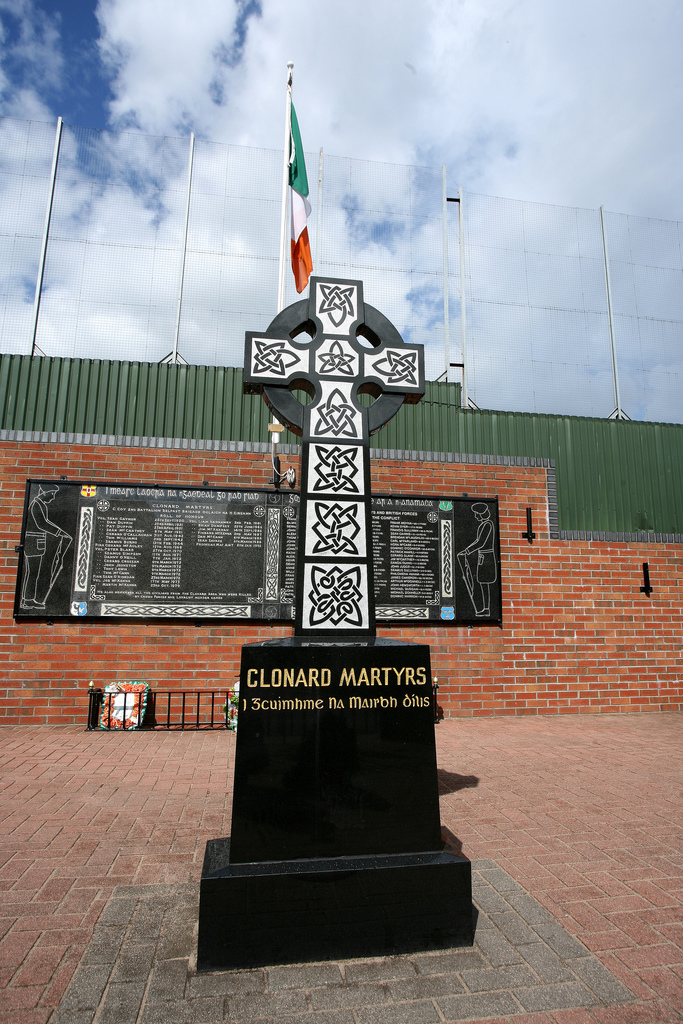