28DL Full Member
Birnbeck Pier is a pier situated on the Bristol Channel in Weston-super-Mare, Somerset, England, approximately 18 miles (29 km) south-west of Bristol. It is the only pier in the country which links the mainland to an island(Birnbeck Island a 3 acre rocky island just to the west of Worlebury hill.

The pier opened on June 5th 1867 and consisted of a 1040 foot cantilever bridge to Birnbeck island and a short jetty extending westward out from the main part of the once lively pier.

Improvements in 1872 included the 250 foot wooden north jetty. A lifeboat station was added in 1881 (the first boat-house was built in 1889), and a pavilion in 1884. A tramway transported baggage to and from the steamers. On boxing day 1897, a fire damaged the main buildings, however the switchback railway survived.

If you want the support the local people and pier in their journey to bring back the pier they once loved, you can support them by visiting the Birnbeck regeneration trust website. 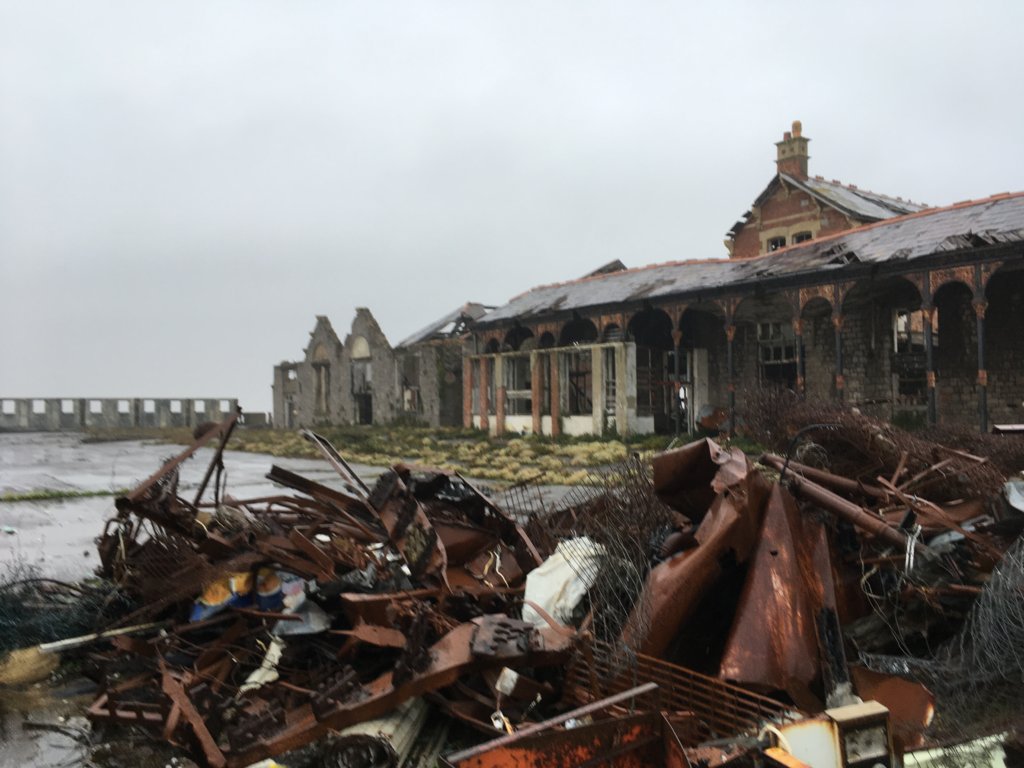 28DL Full Member
Nice i've always wanted to see inside there but those boards on pier have seen better days . Some kids got stuck on there a few years ago and the coast guard was called to get them.

Regular User
Nice to see that place again. Not too many deep piers around!

Regular User
It's so fucked now. Every year I say its going to fall into the sea but somehow doesn't. That spur on the right can't have long left. Looks waaaay worse than when I last was on it!
Website: www.whateversleft.co.uk - County Asylums: www.countyasylums.co.uk​

Regular User
Wow thats crumbling badly. But something different, so like this. Were once nice structures. But strangely I like the wave of the pier.
W

28DL Full Member
some nice postcards can be seen at http://www.birnbeck-pier.co.uk/gallery.html and lots more history and articles at https://piers.org.uk/pier/weston-super-mare-birnbeck-pier/ scroll down and open any blue heading for more information
Last edited: Nov 1, 2019

westernsultan said:
some nice postcards can be seen at http://www.birnbeck-pier.co.uk/gallery.html and lots more history and articles at https://piers.org.uk/pier/weston-super-mare-birnbeck-pier/ scroll down an open any blue heading for mor information
Click to expand...

Thanks, what a different. I love the comparisons of how things used to be.