Box Quarry is by far the biggest and most complex of all the Bath Stone mines, it is in fact the largest stone mine in the country with many miles of interconnecting passages.

Stone had been quarried from Box Hill since medieval times using open pits but the extent of the stone was unknown until Isambard Kingdom Brunel came in to town. Brunel built his tunnel through the hill which was completed in 1841. While his many men blasted their way through the hill they became aware of the vast quantities of good quality Bath Stone.

Soon after building the tunnel several local companies started to mine the stone commercially, these companies were Pictors, Nobles and Stones. The mines evolved in a haphazard manner and pass over the top of Box Tunnel. Many of the mines ran in to each other underground causing the huge labyrinth of tunnels we have left behind today.


We headed across to box mine from Maidstone halfway around the dreaded M25 on a bank holiday surprisingly enough we made it to the Quarrymans Arms with no hiccups. 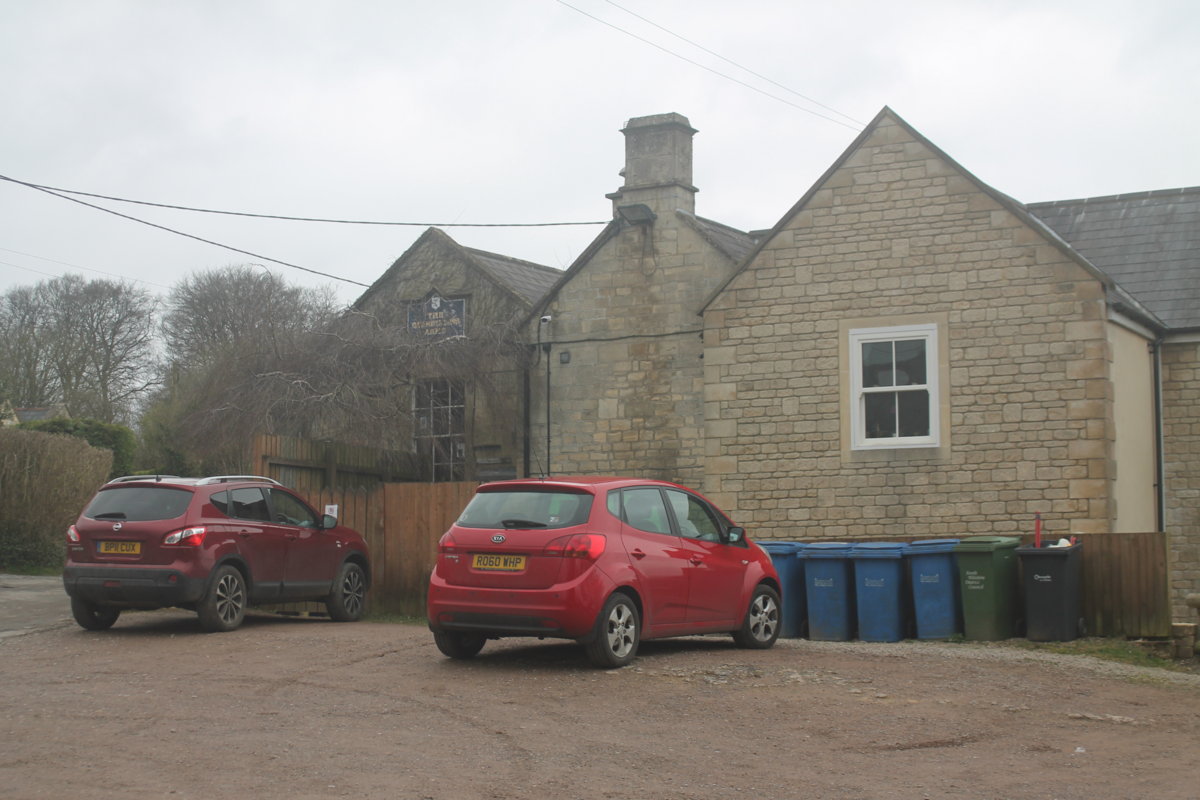 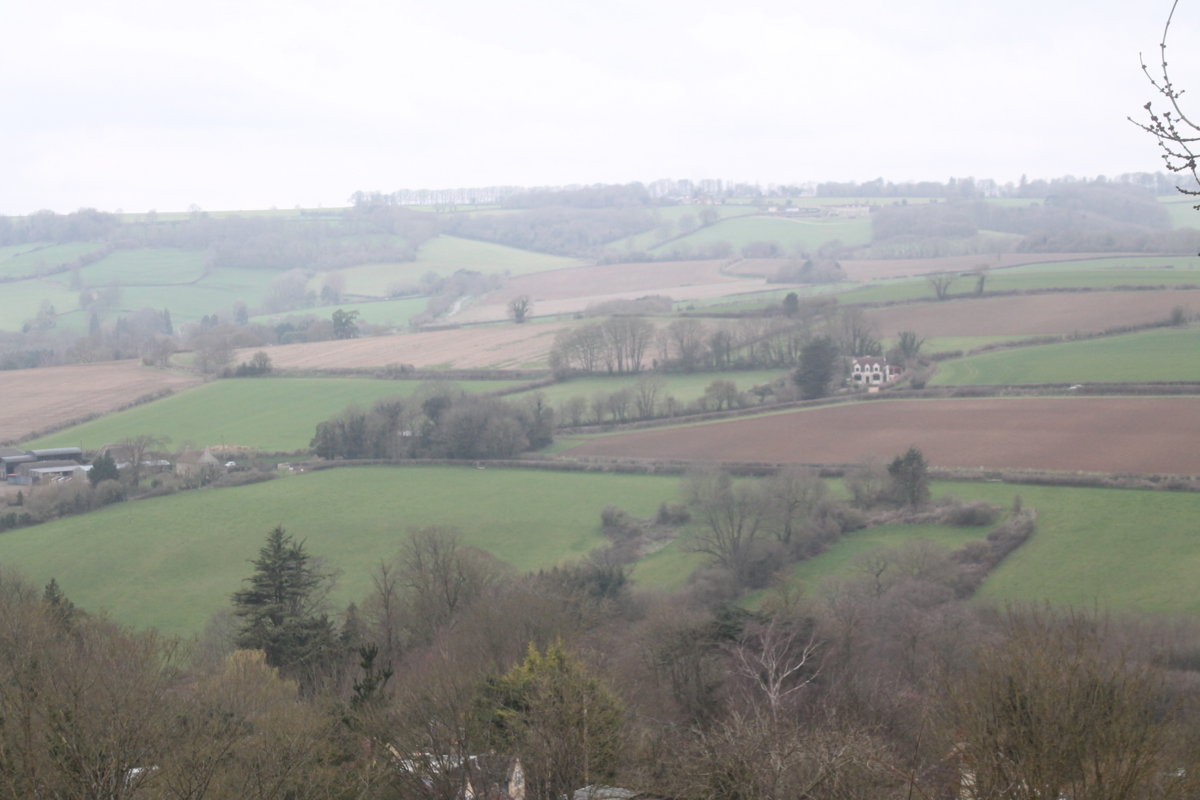 We went in and asked about the key to the back door and the guys behind the bar were very helpful, we purchased all three maps (£6 each but worth every penny) and left the £10 deposit for the key. After gathering some more info from the barman (who worked as an engineer for the mine) we sunk a quick pint each for Dutch courage and headed back out to gear up.


After a bag check me, Doozer and Little John headed down to the back door entrance and had a quick smoke before entering. We were going to try and crack the central map today. 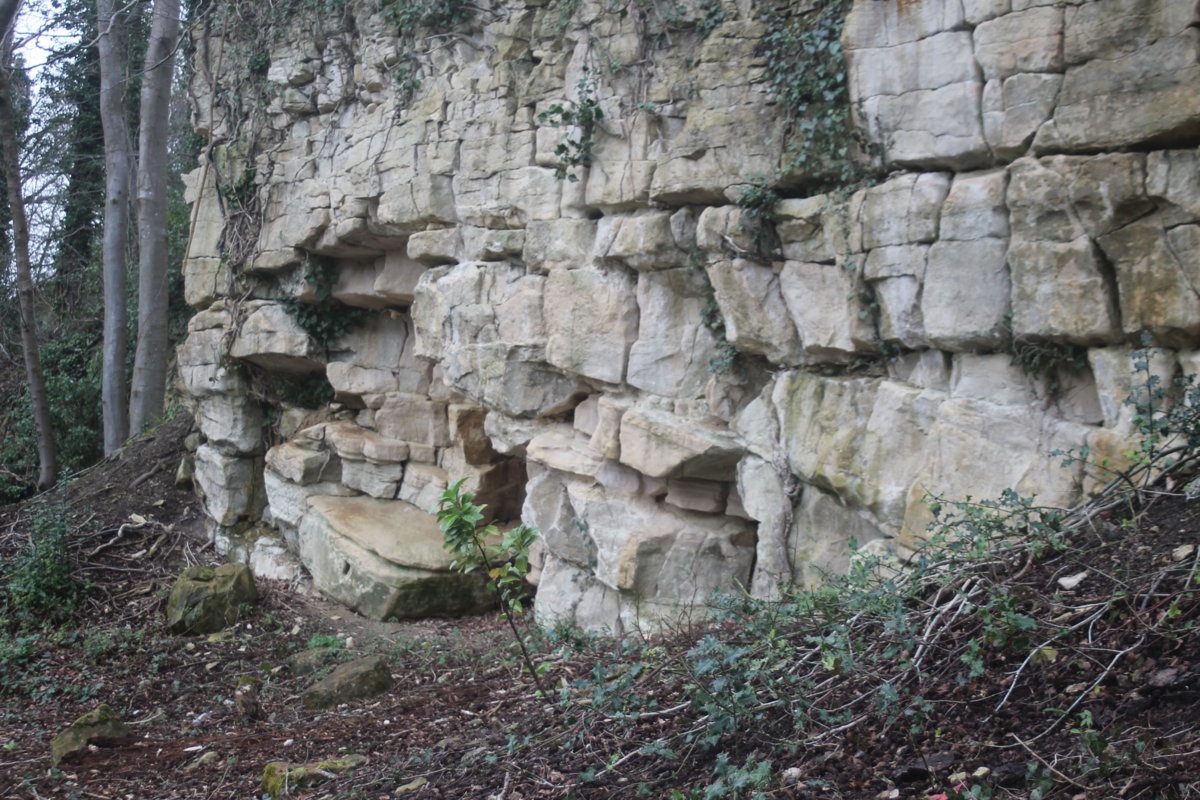 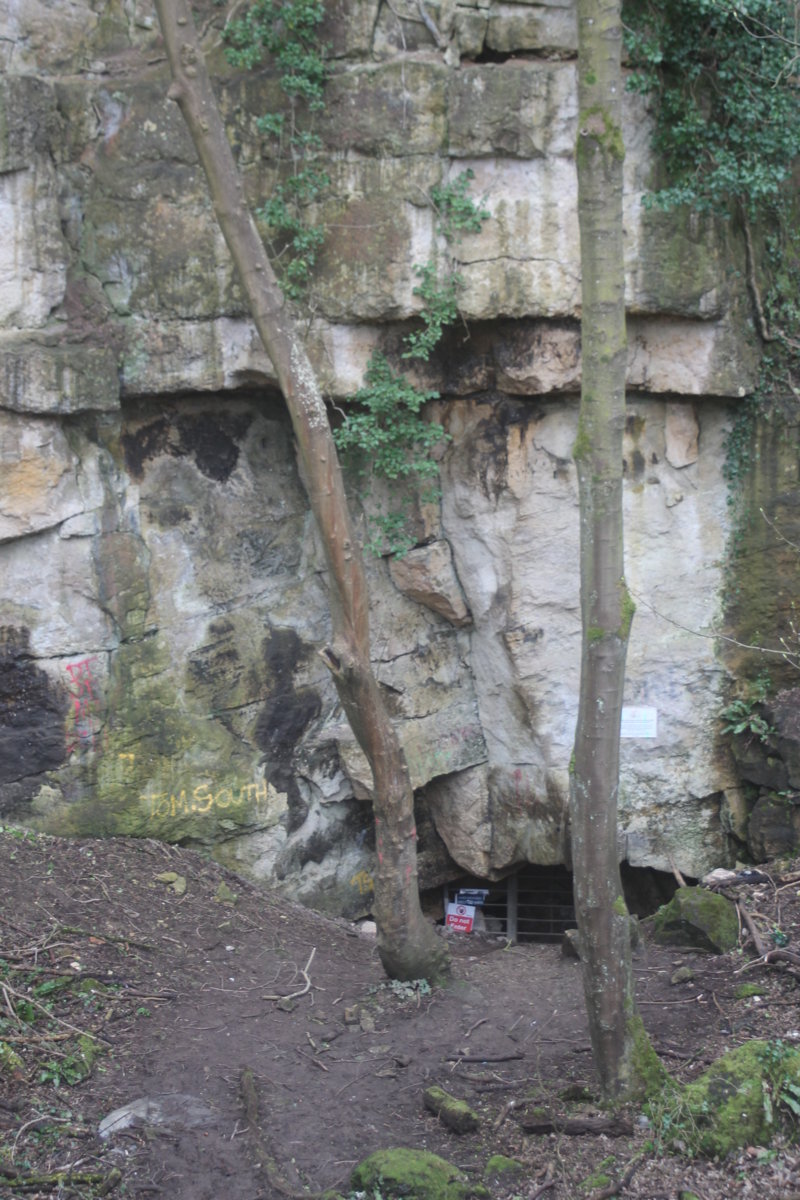 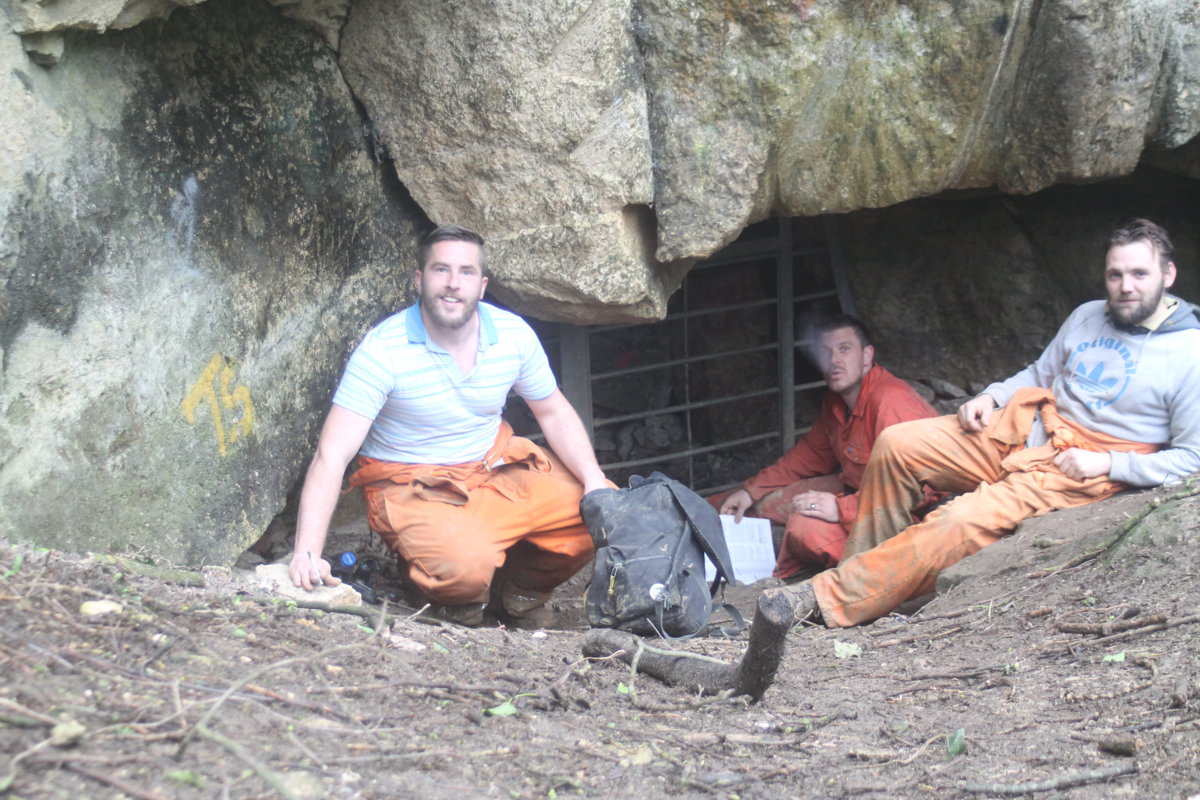 It started with a little crawl through the entrance and then opened up to a large junction area. We took in our surroundings, checked the map and compass (which none of us had any experience with) and headed down one of the passages and into another smaller junction. After about 1 minute of walking we were lost.....after some discussion we decided to follow the markings on the wall which read cath or "cathedral" which we was all excited to see. The route took us over some large falls and some piles of dreads which were slippery as f***. 45 minutes later we reached the cathedral which was pretty amazing, the place is immense! After the cathedral we stumbled across the robot room, which was a room full of red brick arrangements. 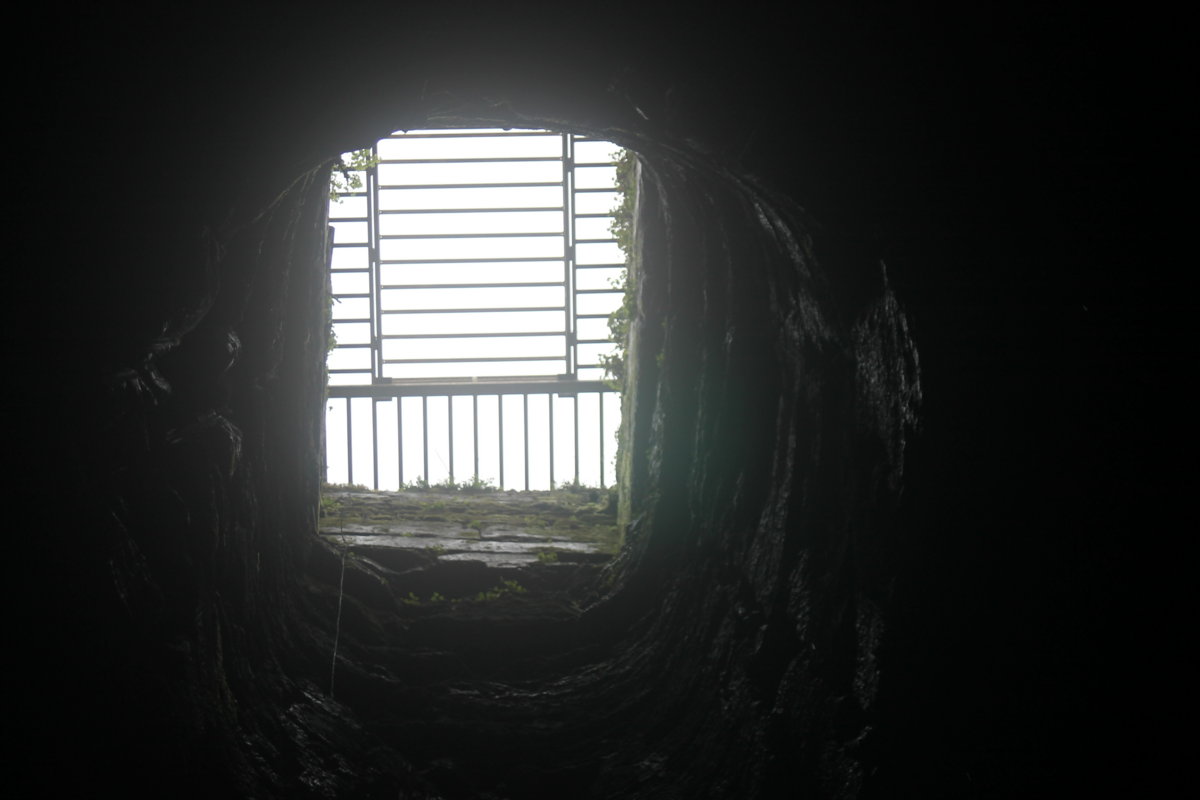 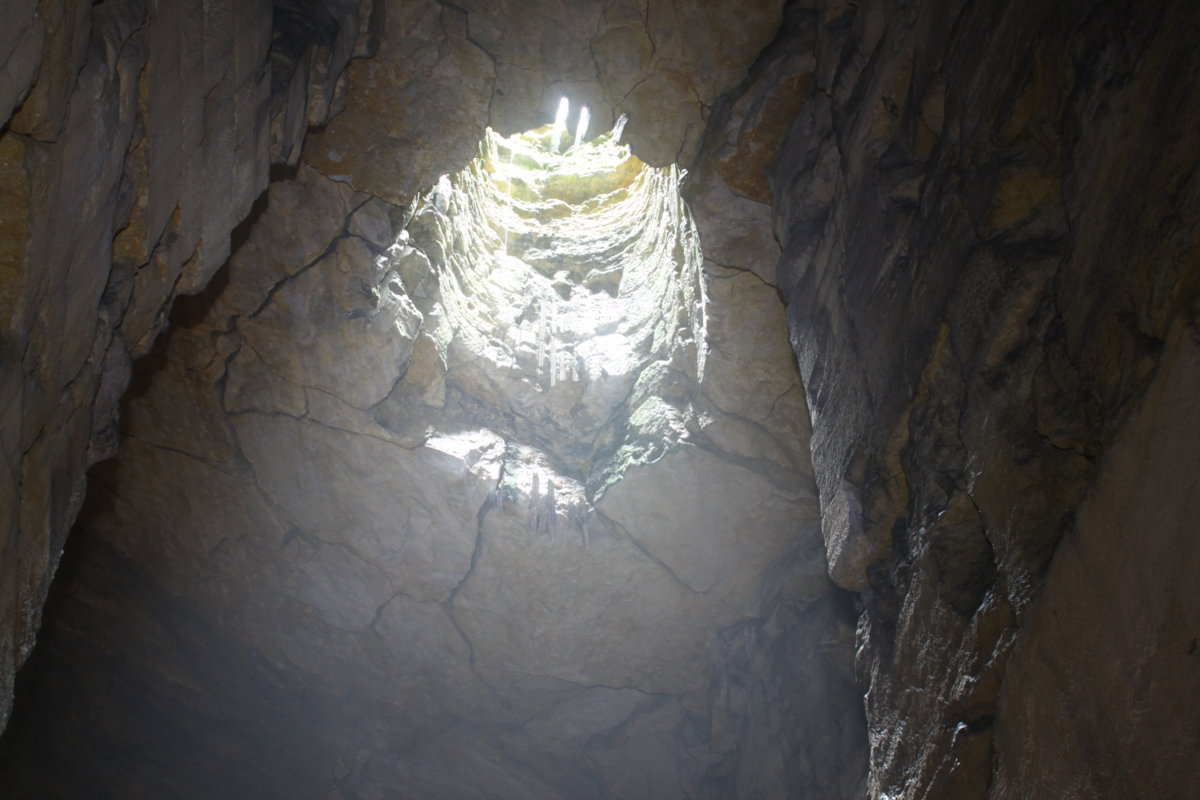 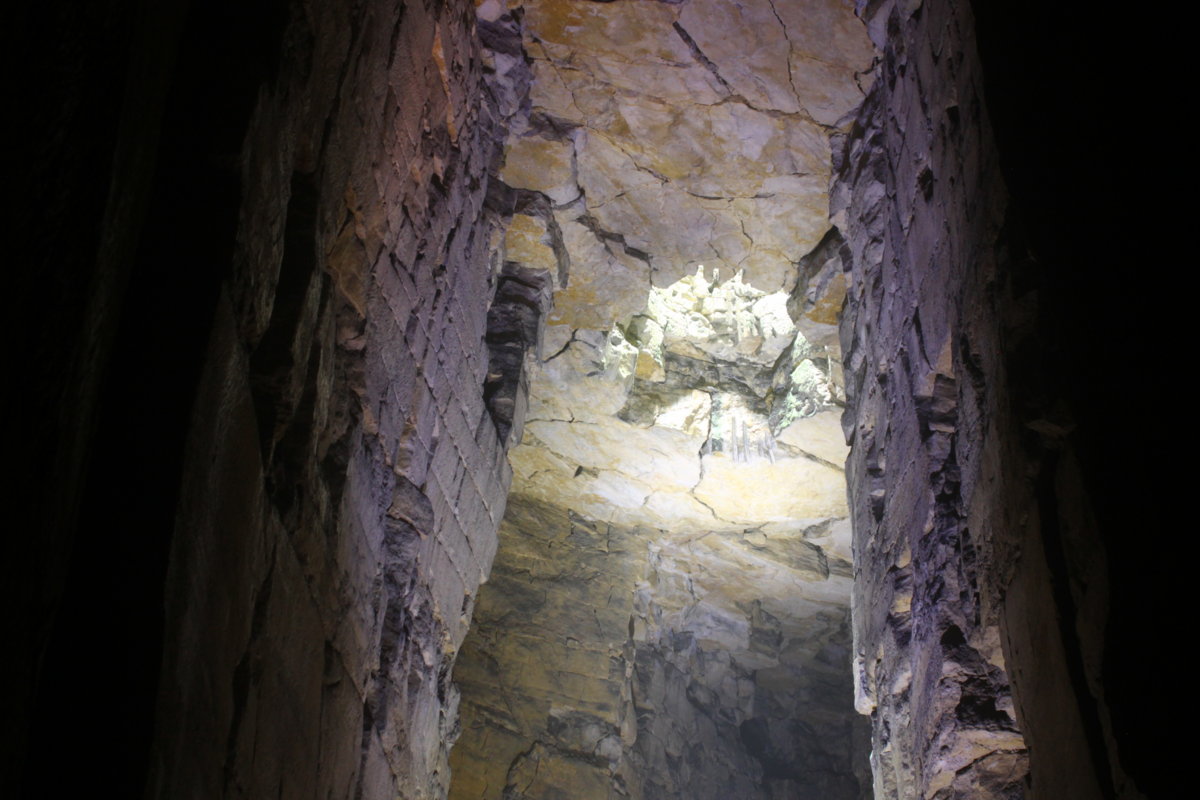 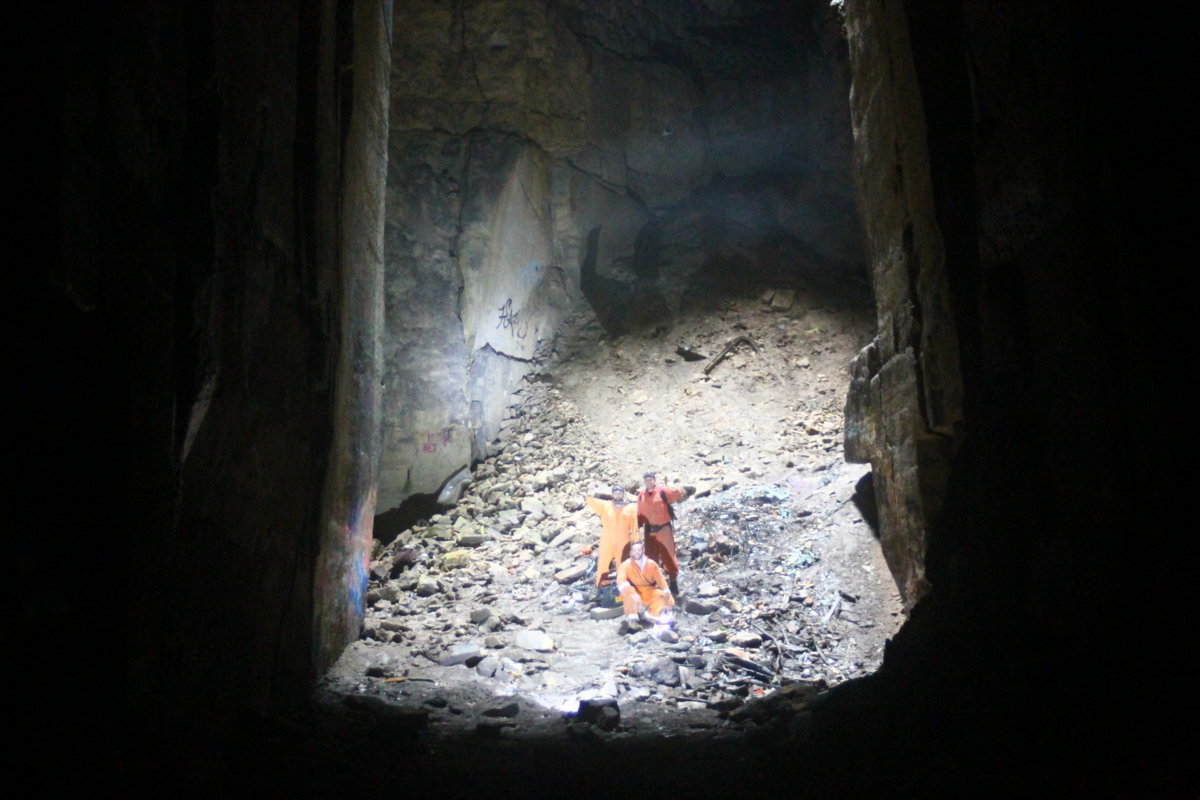 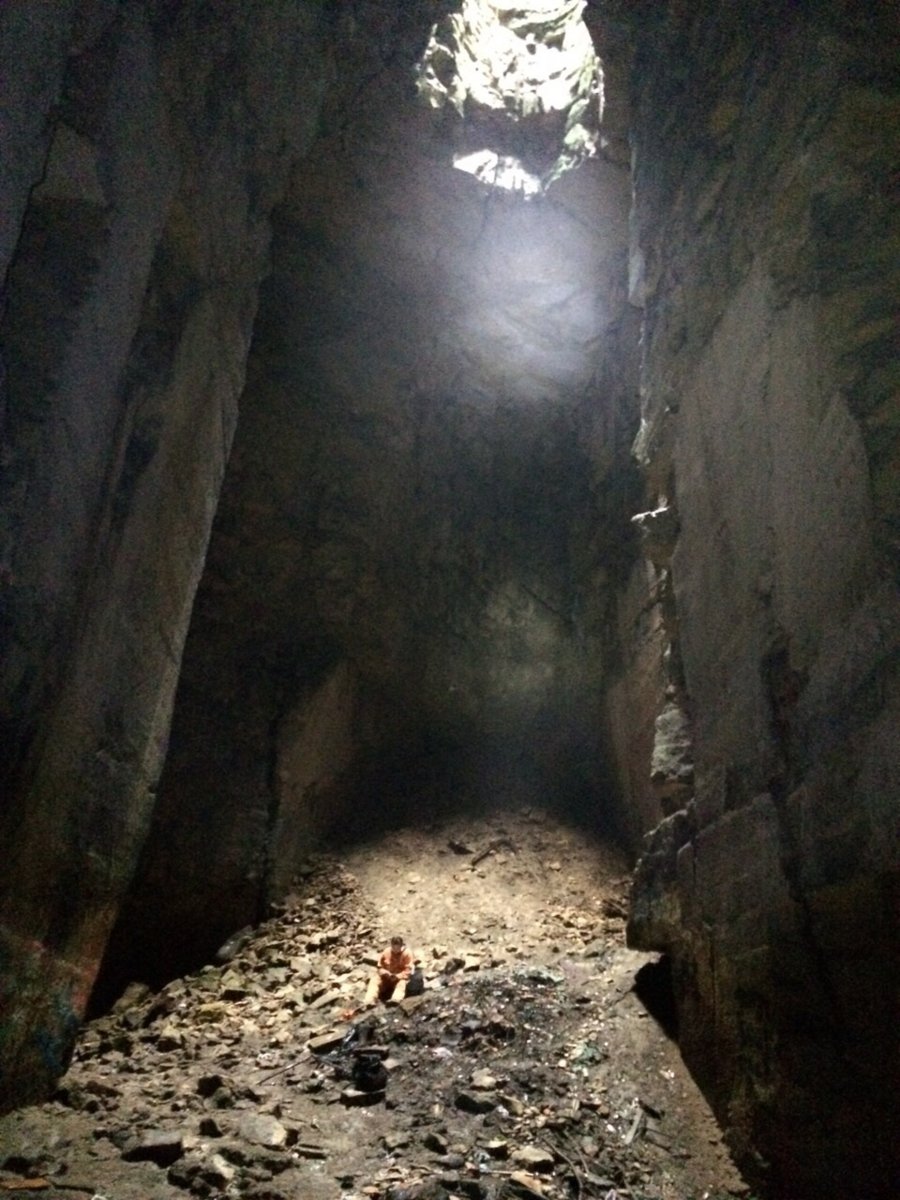 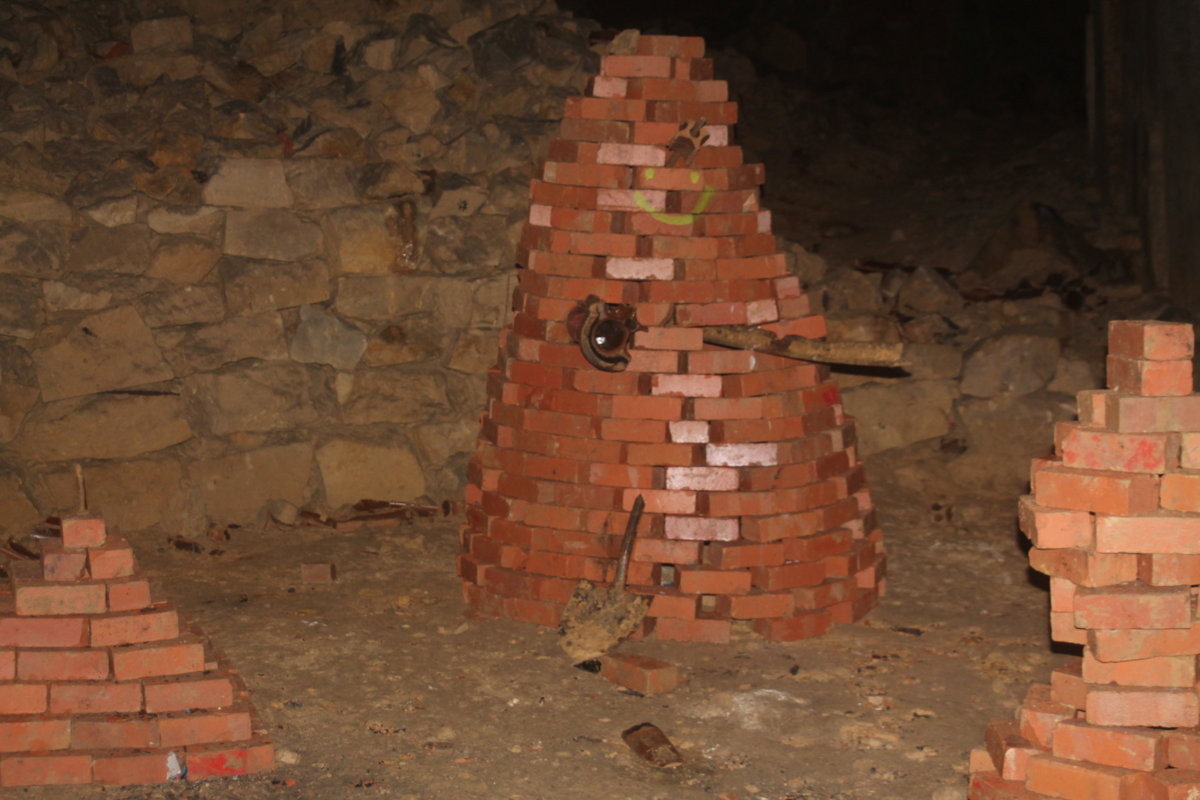 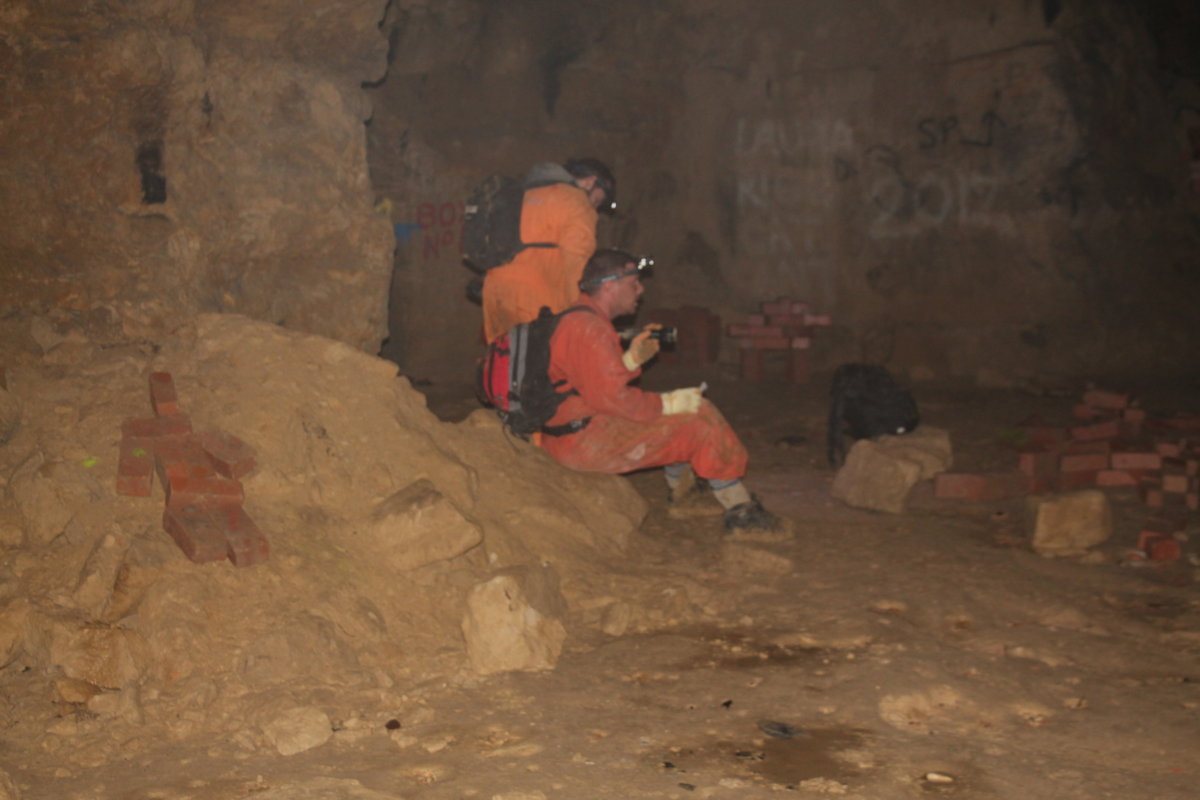 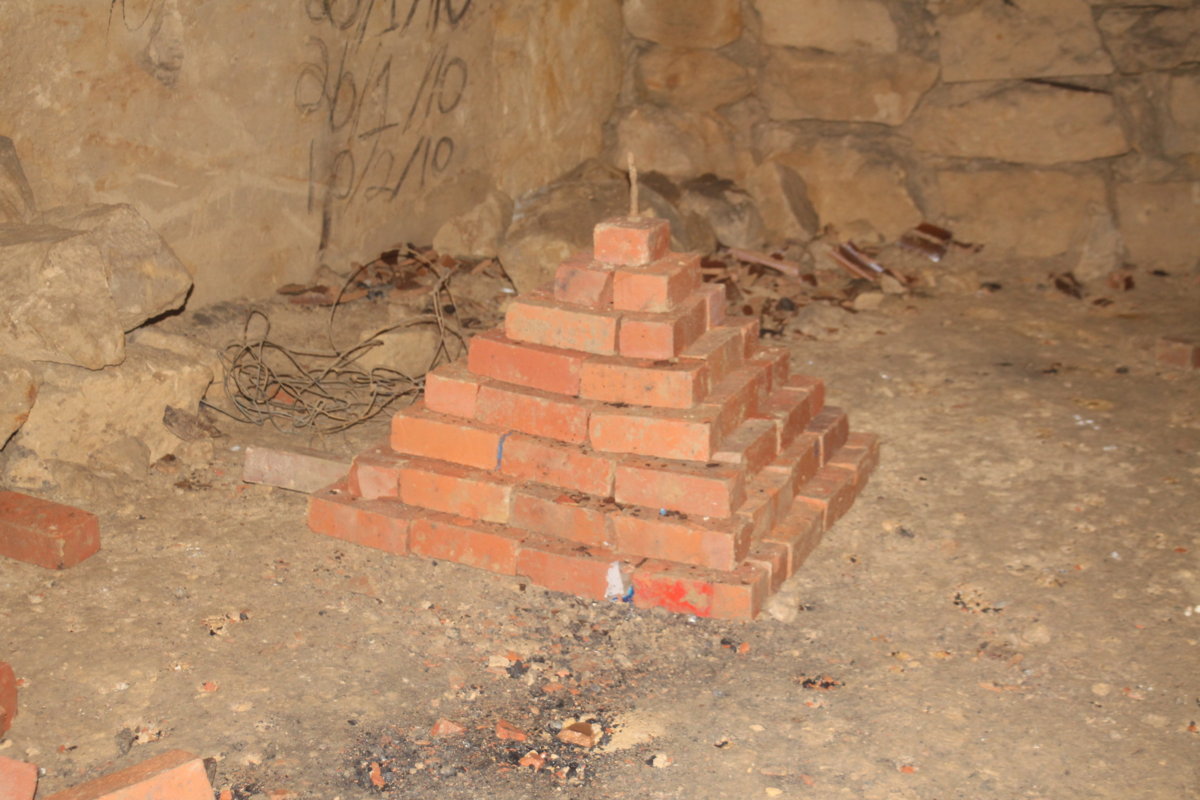 All of us were interested in the MOD area which was not marked on the map. Doozer done a bit of digging before we left and had the rough location. Now knowing where we were on the map we used it to plan a route to the bunker. When we arrived we were met by warnings saying no loitering, dangerous gases, cctv and unsafe roof. We naturally ignored these warnings and proceeded to find a solid steel red door.View attachment 1202 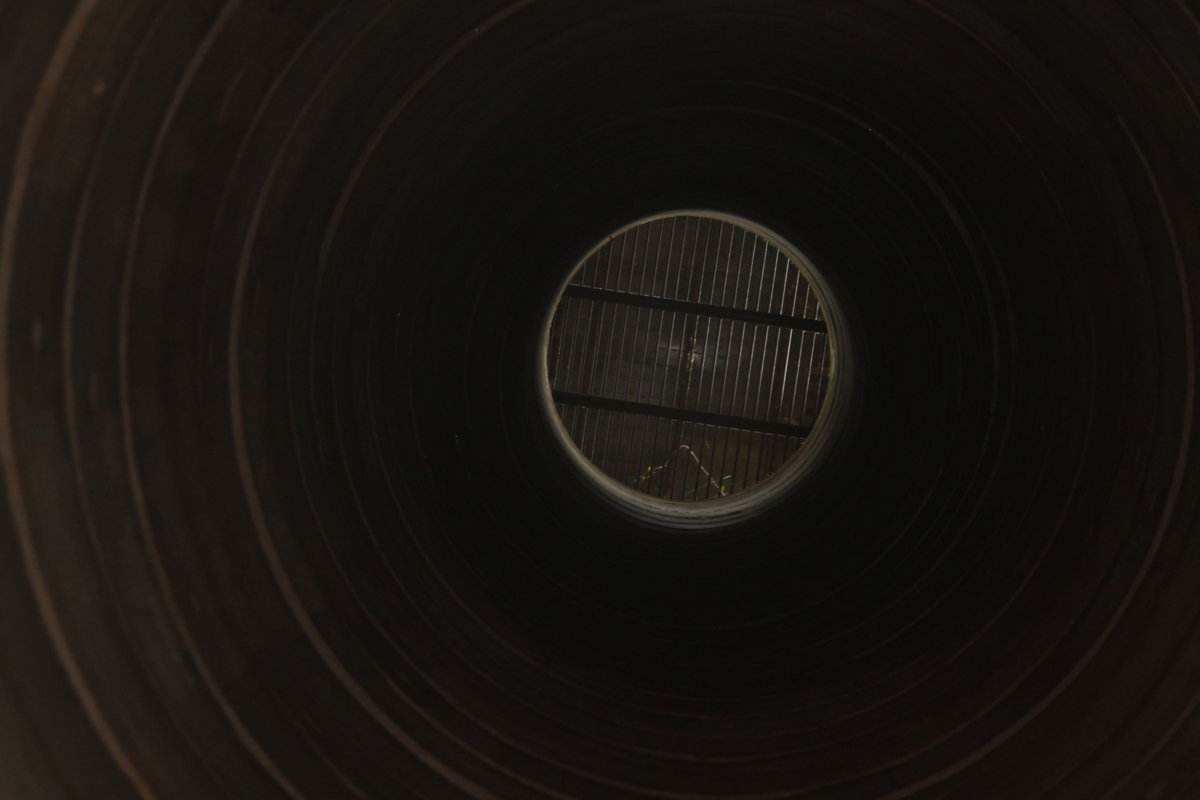 We could hear the bunker whirring and basically ticking over and seems to still be in use. After some time trying to find our way around the red door we gave up and had lunch.


Now we had the task of trying to find our way out and back to the back door. The box mines is a labyrinth full of junctions, passages and dead ends, 90km worth to be exact and we pretty much fluked it all the way back to the exit only losing our bearings once or twice. Then back to the Quarrymans for a well-earned pint. We still had to find a place to set up camp for the night ... 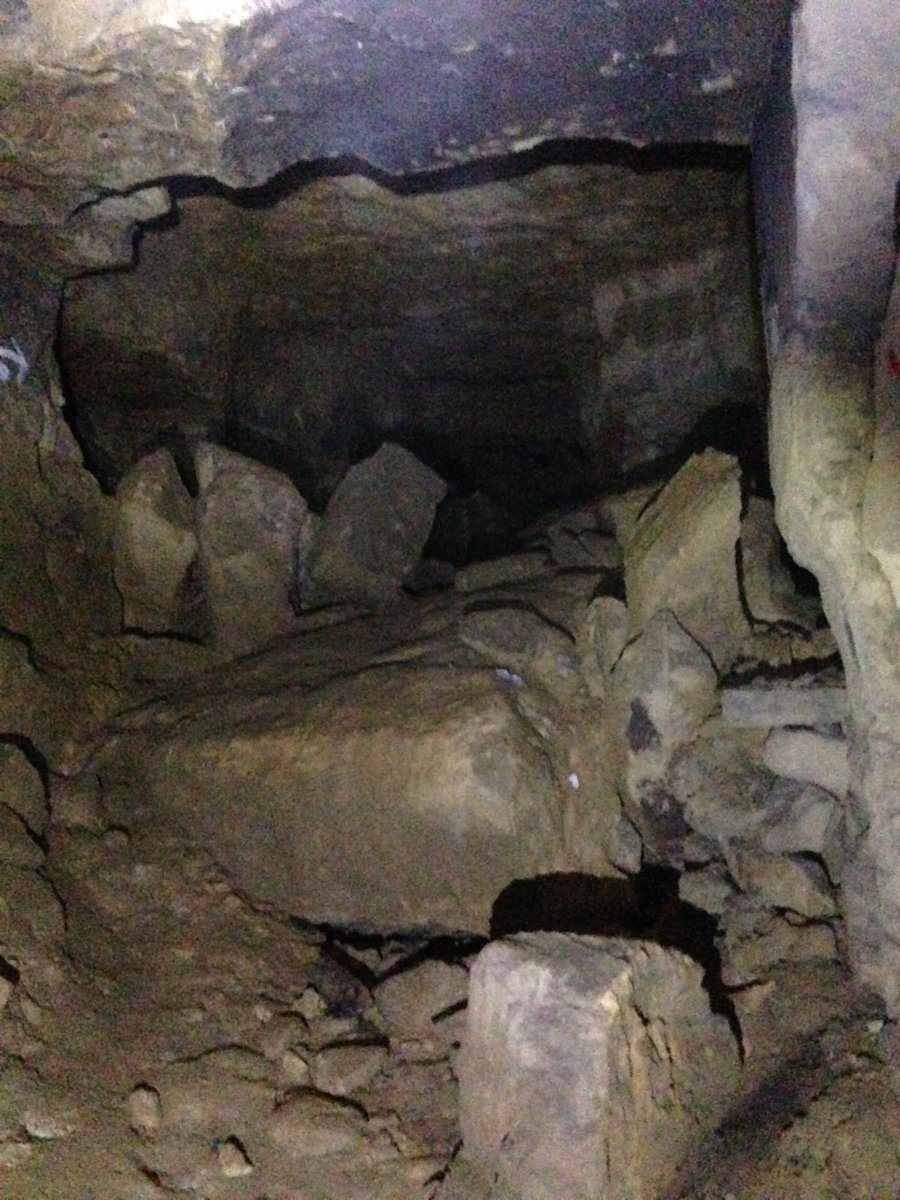 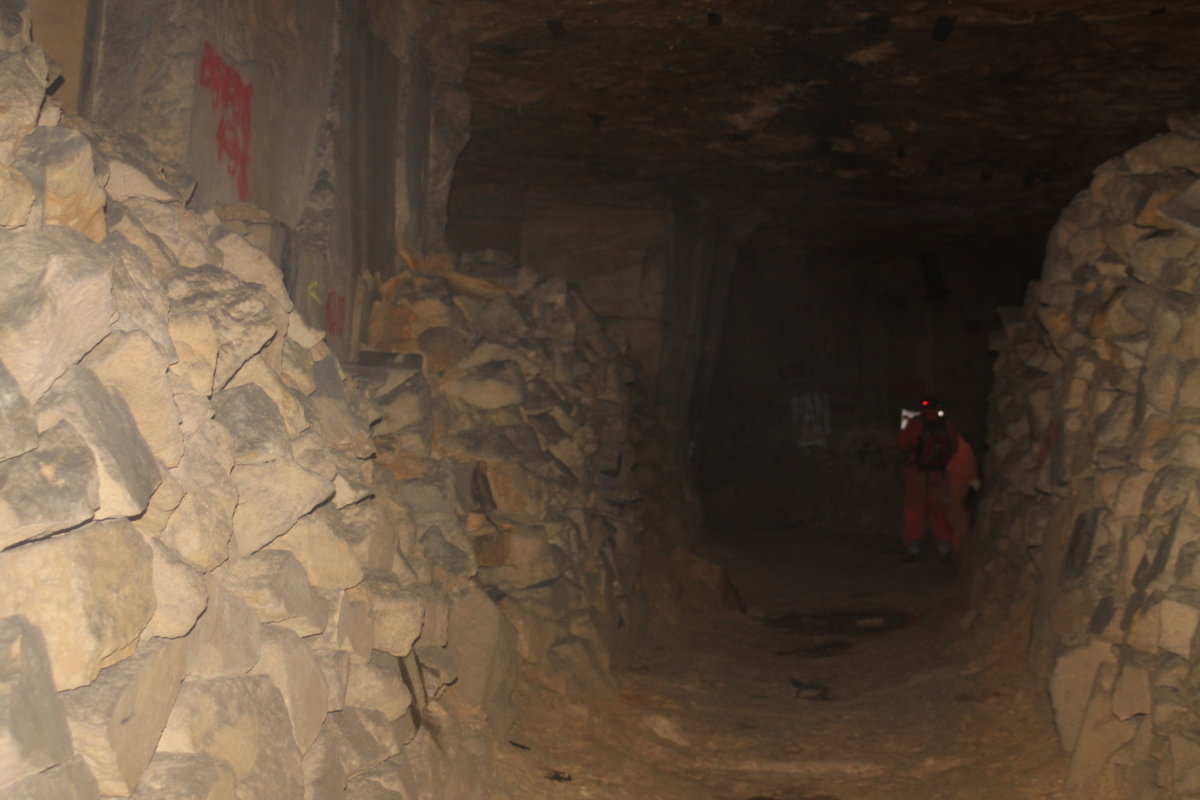 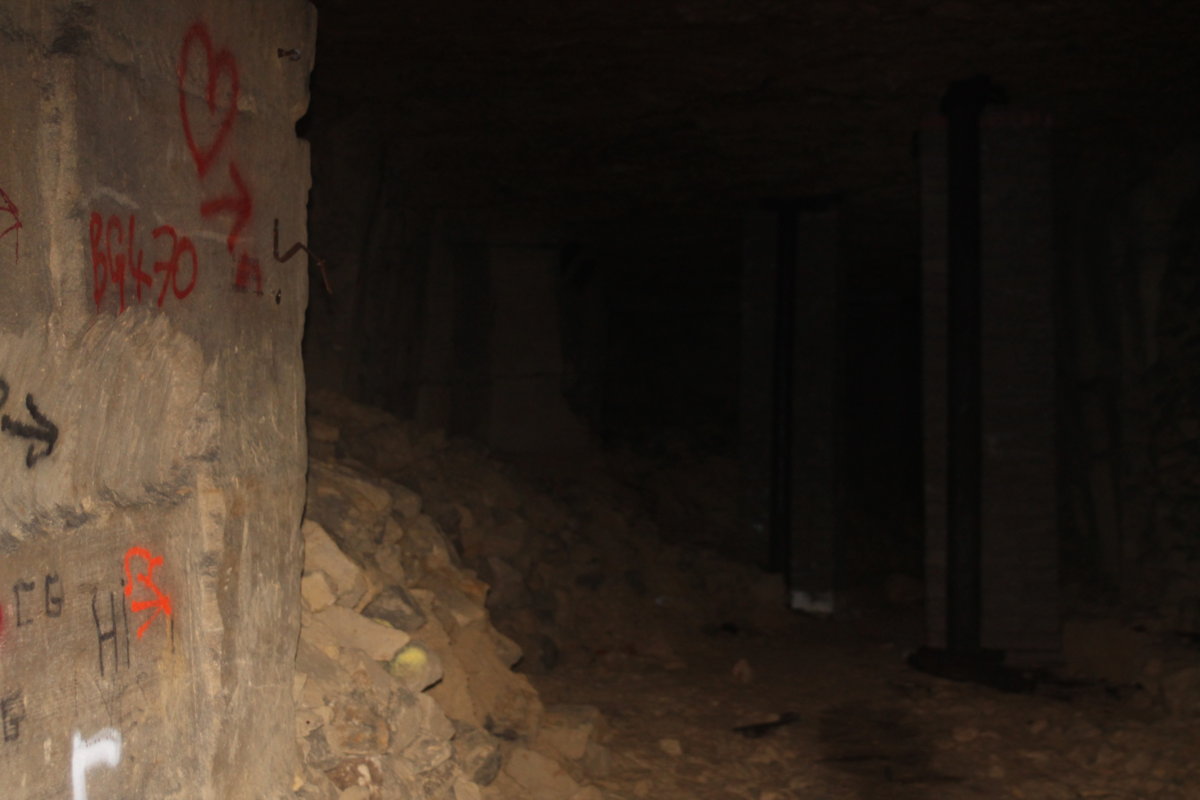 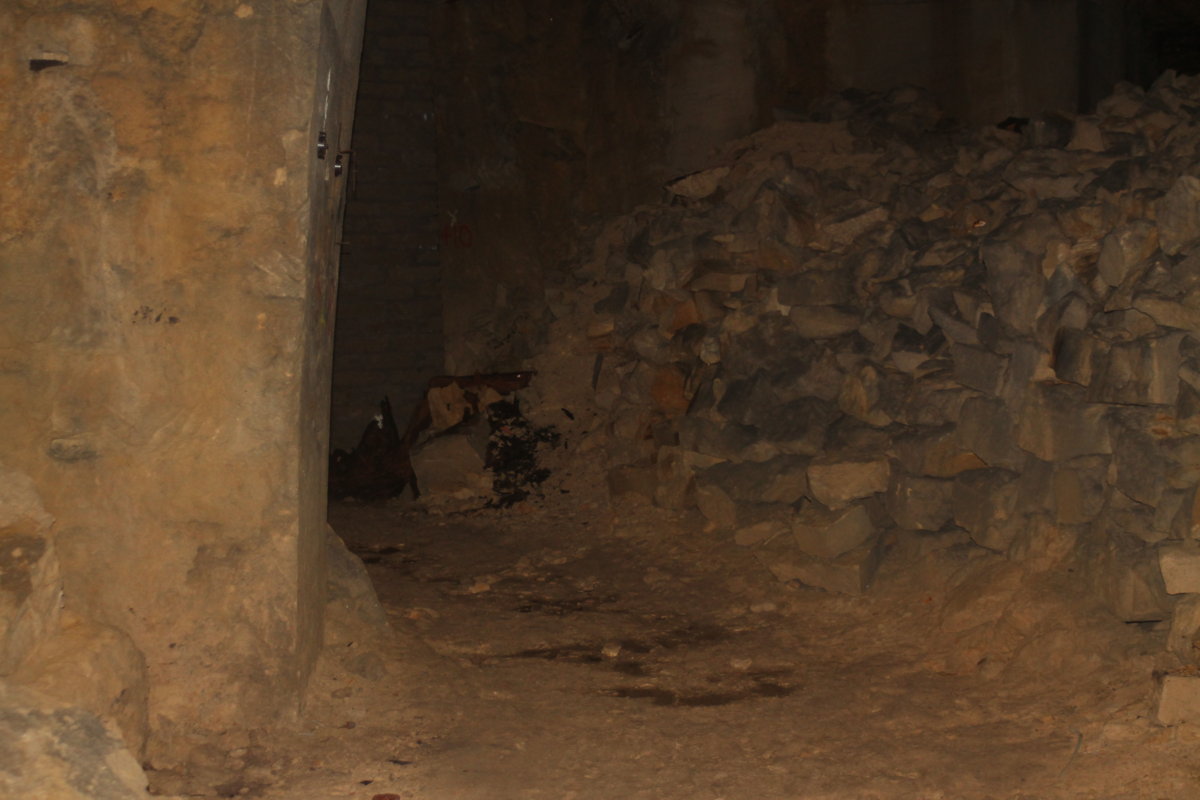 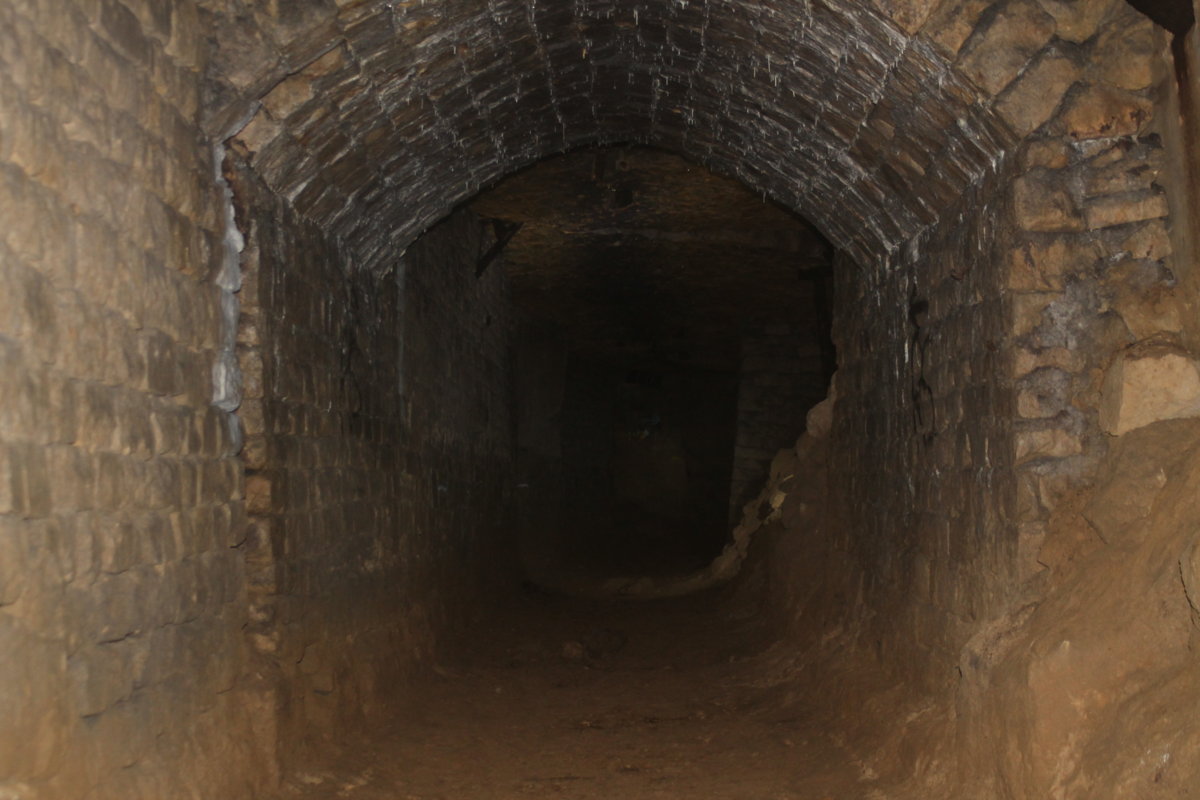 On our last day we had the choice of the southern or northern section; we chose the nothern section because there were still remains of the mine workings and abandoned cranes and tools to see, so we headed back down. A major roof fall blocked the main route so we bypassed the fall with a bit of crawling and climbing and connected back up with the main route (can’t remember the name) On our travels we also stumbled across a stunning set of stairs which led up to an air shaft with some big arse ladder up to floor height. There were lots of signs of workings with massive two man hand saws halfway through massive chunks of limestone. Remains of an old cart/train track laid indented into the ground. We reached a massive stash of miner’s tools and a large crane which was propping up most of the roof. 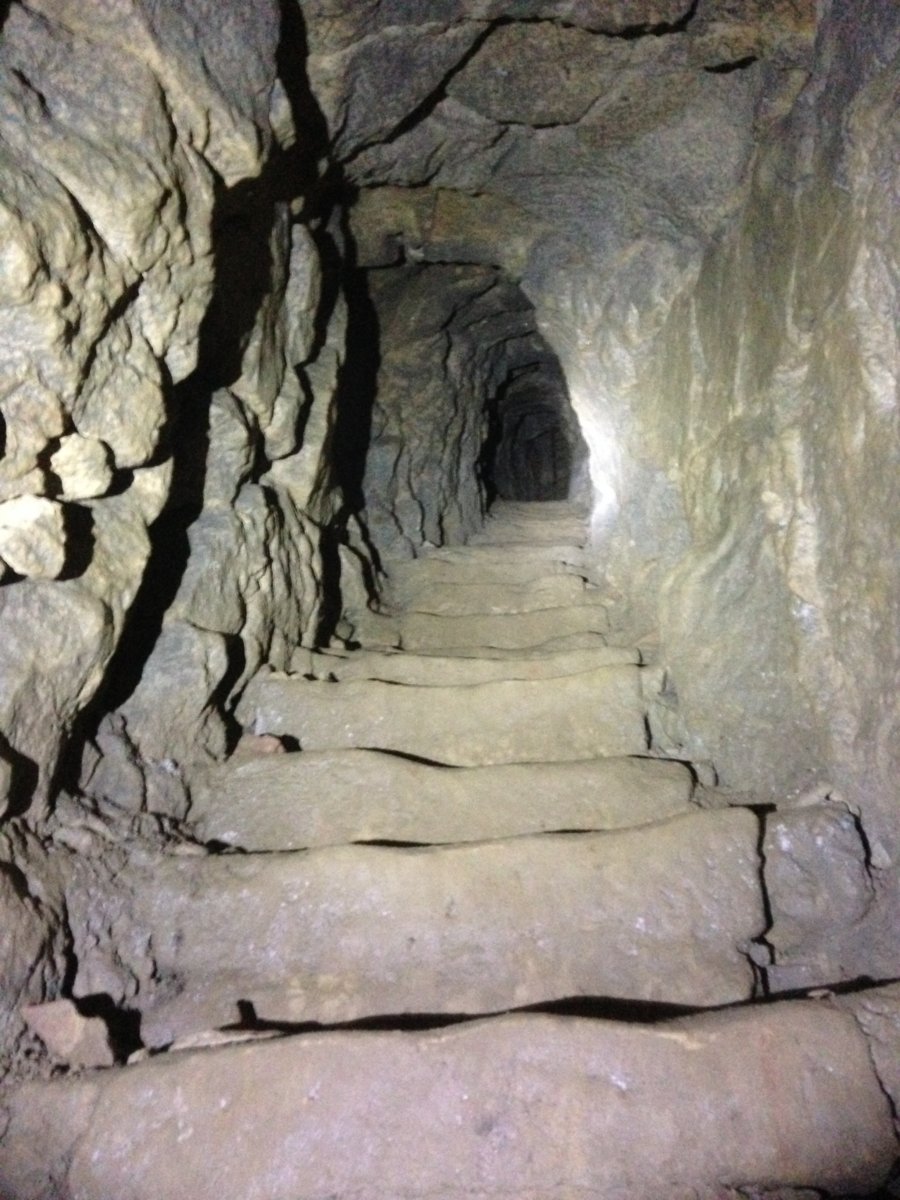 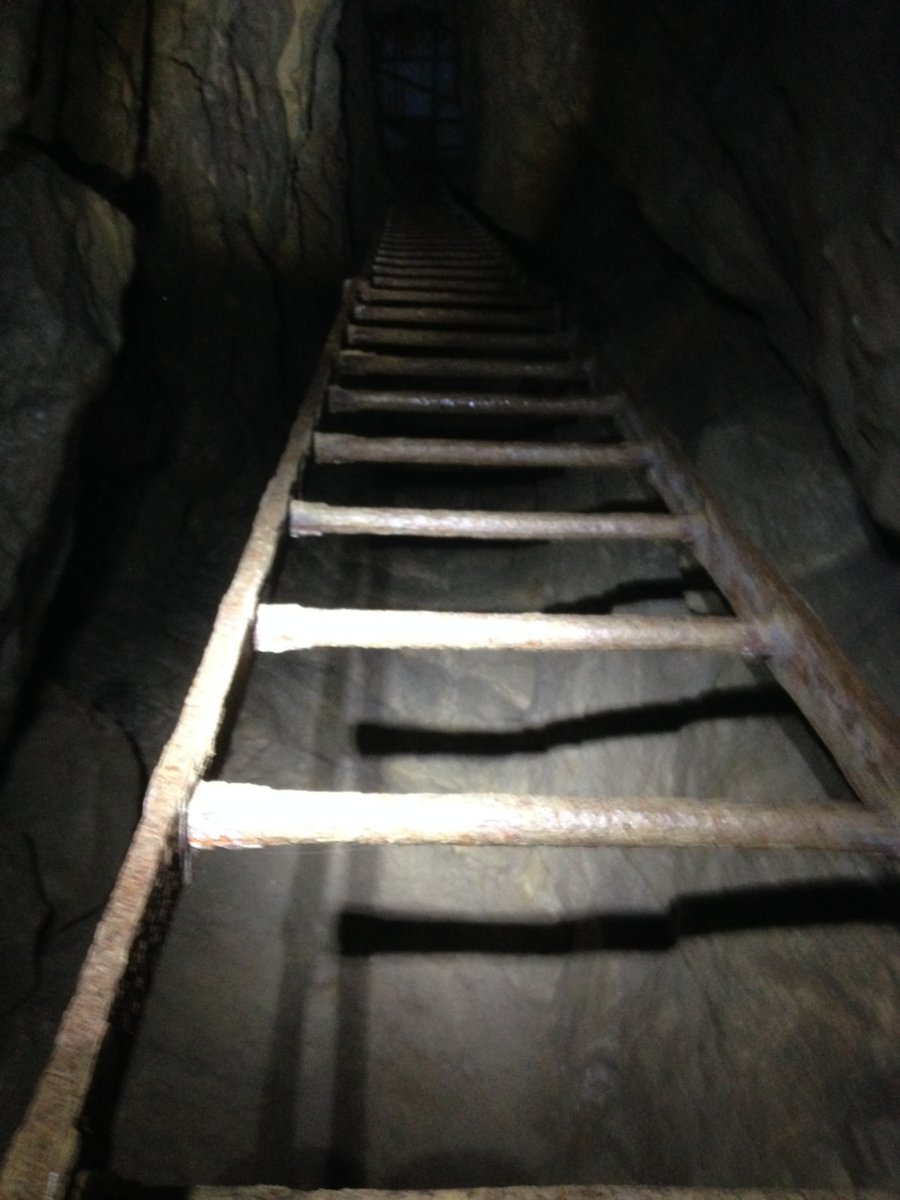 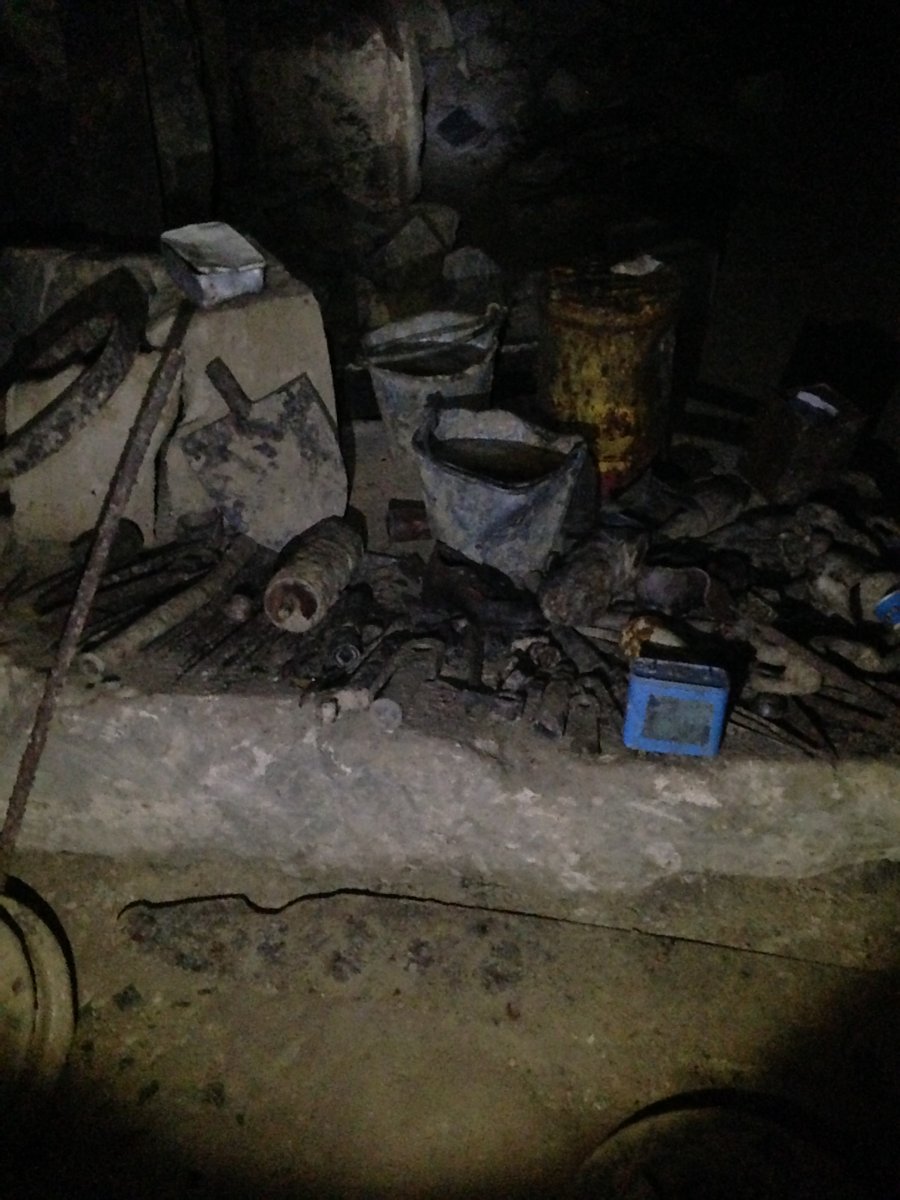 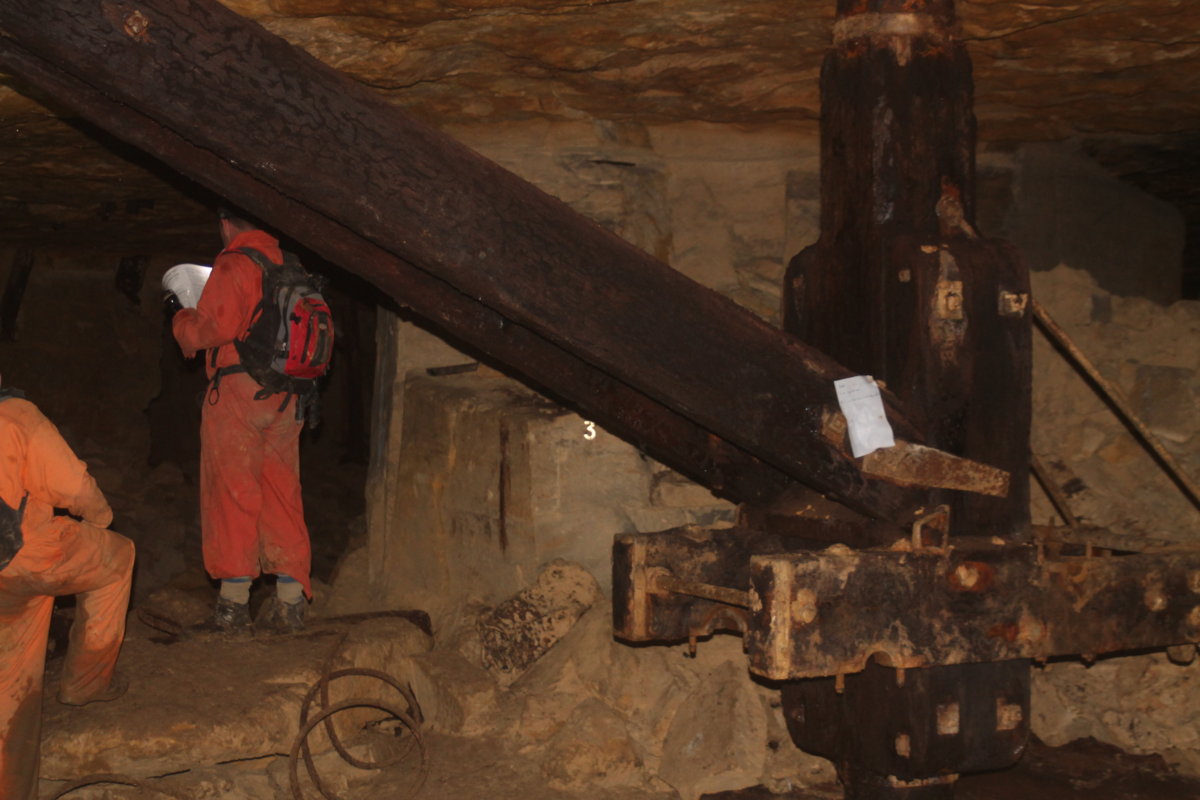 At this point, time and batteries was our enemy; we still had a long drive ahead of us so we decided to start heading back knowing we could still get seriously lost. We found our way back to cathedral by chance and knew our way out from there.. 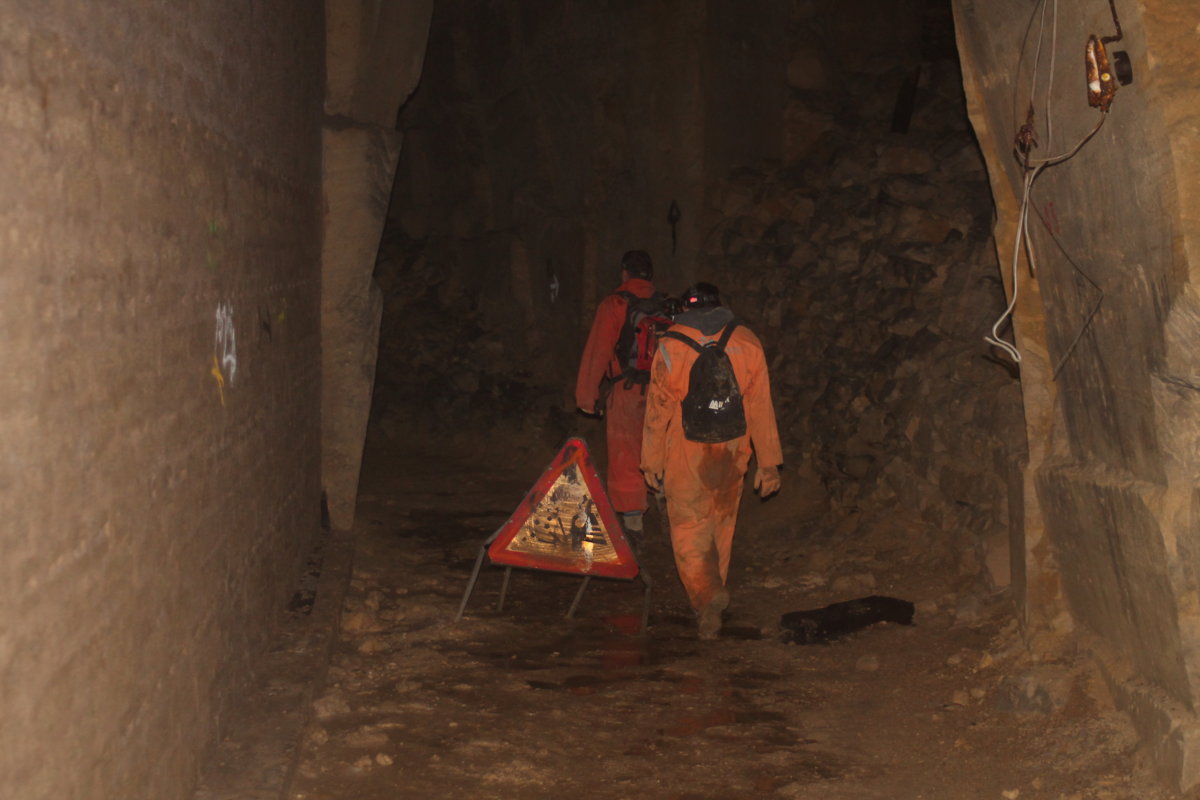 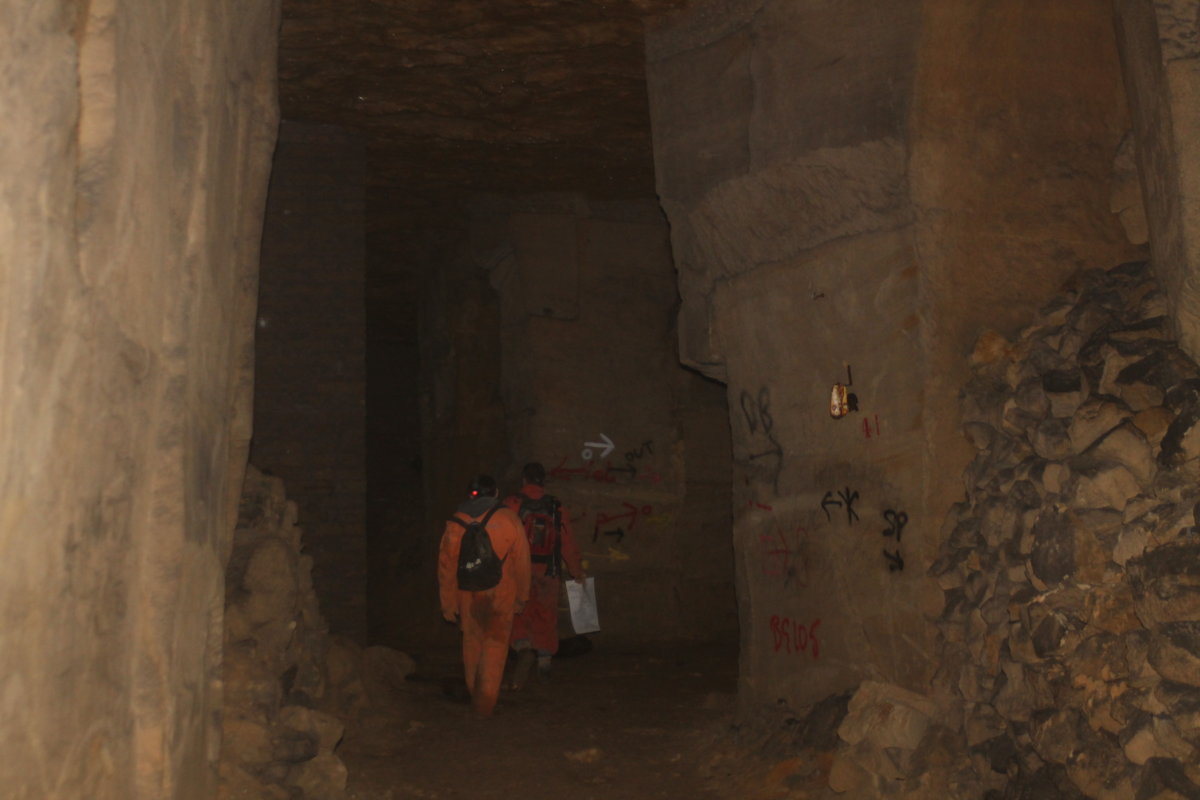 All in all the box mines is a great place to visit; buy the maps and a compass and get yourself down there. Kentish Curiosity, over and out. 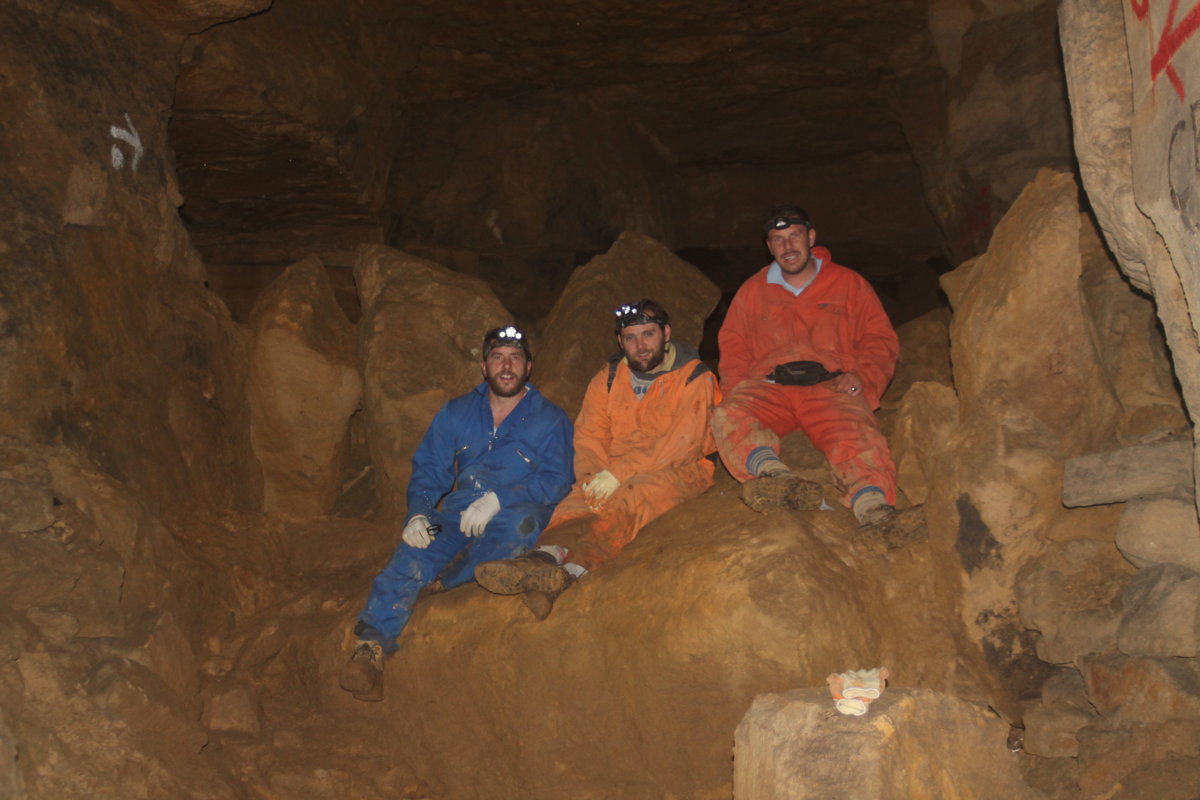 Another great expore with Doozer and Lil John.

Regular User
Bit of a picture fail mate.
Us 'younguns', we are the next generation. Remember that.

Is it sorted now? you wouldnt belive the hassle i had!

Is it sorted now? you wouldnt belive the hassle i had!

You need some History of the Mines for your report mate, also delete the duplicate & blurry pics & probably the repetitive ones & the WTF? ones and jobs a good un

3 handsome men down a dark hole

Regular User
Most of them are working mate, but as said, just junk the blurry ones, they add little value.
Us 'younguns', we are the next generation. Remember that.

looks like you had a fun time
R.I.P. Yorrick
​

Regular User
You explored it, properly, no one guided you so props for that - it's a big place to explore if you've never been in it before.
There are three kinds of lies: lies, damned lies, and statistics.

28DL Member
Hi thanks for the heads up i will add the history tomorrow i can only see one blurry photo or am i being a idiot ?

Regular User
Well done on your first trip to Box! We never actually got to Cath on our first attempt but that had more to do with going into the wrong hole! Btw cath should take about 5-10 mins from backdoor...

and this is what one of the red doors should look like.

You don't want to see the other red door pics I have as there's a scary naked man in front of it
Last edited: Apr 6, 2015
-Needs a tripod and a decent torch.

Staff member
Admin
Glad to see you pulled this off, and that you found the red door I gave you the location of

Getting lost after one minute was quite good, it's normally about 30 seconds, literally just as you go over the first obstacle on the left.

No doubt the idiots from other websites will be critical of your endeavors, but you had the maps, compasses, decent clothing and preparation. Hopefully see you down there some time.
Dieu merci pour l'homme aux nombreuses lampes.

28DL Member
Hi thanks for the heads up i will add the history tomorrow i can only see one blurry photo or am i being a idiot ?

Oxygen Thief said:
No doubt the idiots from other websites will be critical of your endeavors, but you had the maps, compasses, decent clothing and preparation. Hopefully see you down there some time.
Click to expand...

Lol, that sounds familiar.
-Needs a tripod and a decent torch.

Kentish curiosity said:
Hi thanks for the heads up i will add the history tomorrow i can only see one blurry photo or am i being a idiot ?
Click to expand...

Have a gander at the myriad of other reports from Box to get an idea of photo quality.
-Needs a tripod and a decent torch.