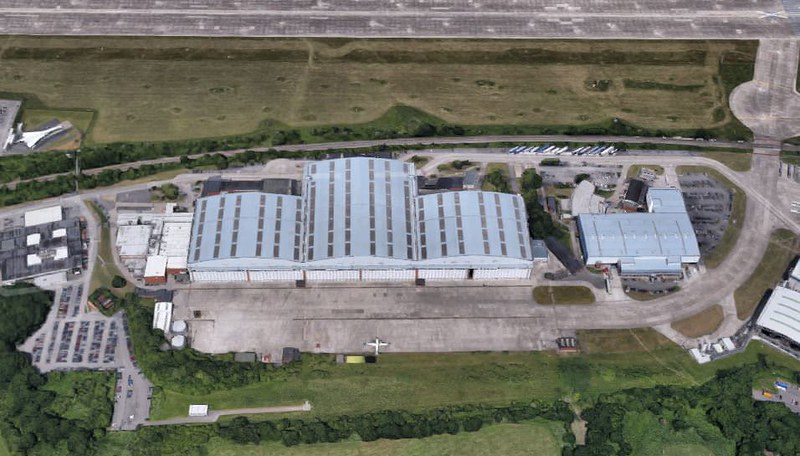 Some minimal history -
there is a hell of a lot of history surrounding Filton Airfield as a whole so I would certainly recommend reading up on it if Aviation history tickles you.

In 1943 Lord Brabazon of Tara headed a Committee to explore the needs of post war British civilian passenger airliners. The Brabazon Report was the result of the committee’s work, which recommended the construction of four of the five designs under consideration.

One of the designs studied was awarded to The Bristol Aeroplane Company at Filton and the aircraft was named the Bristol Type 167 Brabazon. Their contract was for the construction of two prototypes of this aircraft . Work started on the first aircraft in 1946 and it was ready for its maiden flight in September 1949. It visited the Farnborough Air Show the same month and was demonstated at the Paris Air Show in 1951.

This large aircraft, which would become one of the largest in the world required the existing 2000 foot runway at Filton to be lengthened to 8000 feet, which meant the demolition and removal of a local village.

The construction and assembly of this very large aircraft also required the construction of a similar large size assembly hall building. Construction of the building commenced in 1946 which was then the largest single span steel structure, (possibly in the World?). It comprised 3 separate bays, total length 352 metres, height at apex of bay 35 metre, total enclosed volume 1 million cubic metres.
Click to expand... 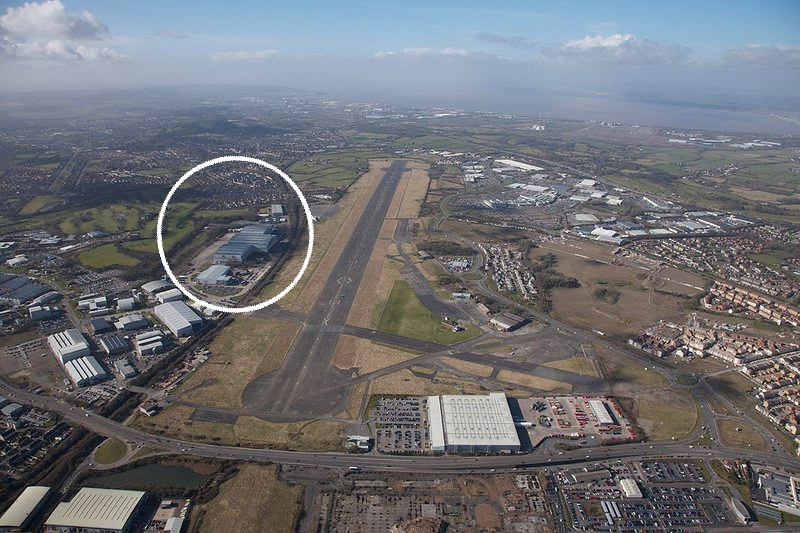 Filton Airfield, otherwise known as Filton Airport (FZO) is a now closed, privately owned airfield in North Bristol. The runway is rather large - see history quote above. It's actually longer and wider than Bristol International Airport (BRS). It's 2,467m (8,094ft) long, whereas Bristol Airport is 2,011m (6,598ft) long. The airfield was closed for business as of 31st December 2012. Since closure, the site has been dominated by Airbus who have been slowly expending their presence there. It's also used by the National Police Air Service as well as Great Western Ambulance Air Charity. The western end of the runway is now also being used to store materials for our new sewer system in Bristol.

It's also the home of the Bristol Aerospace museum, housing the Concorde Alpha Foxtrot which was the last Concorde to be built and indeed to fly. G-BOAF (Concorde) flew into Filton in November 2003; I actually remember the hype and watching it on the news at the time.

Most recently, the airfield and more appropriately the Brabazon Hangar have been designated for a brand new mixed-development site which will extend the northern fringe of Bristol. It'll feature 2,675 new homes, 62 acres of employment space, a mixed use town centre as well as schools, doctors surgeries and new community spaces. The most exciting news is that after YEEEEEAAAAARS of talks and consultations/planning applications etc etc etc, plans for a new 17,000 capacity YTL Arena have FINALLY been approved for the old hangar. It will supposedly look something like this: 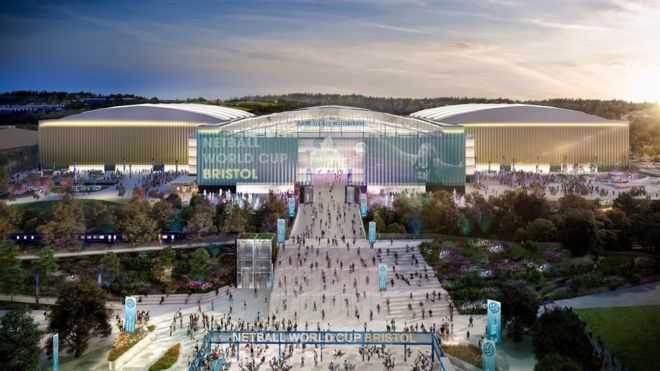 At a capacity of 17,000, it will make it the third largest entertainment complex in the UK after London's O2 and Manchester Arena. Yes then Bris!

Now onto the trip itself. I got a message from WDW saying that Clebby was in town with a friend, and they had plans. Always a risky game, but I'm glad I accepted the invite as this hangar couldn't go 'un-cracked' any longer! I had to pick the missus up from work nearby, so it sort of worked well. I say sort of, as it worked well for me but as she didn't want to come in and I forgot to leave the car keys, she had to spend a good 90 minutes waiting by the fence... sorry darling.

Following some vague instructions from the others who were already inside, I made my way over/under two fences and across what felt like an age of no man's land. One tight squeeze and I was in. The others kindly held back for me and we were soon all reunited. There were people working inside the hangar as you'll notice in a couple of the photos, but we were left undisturbed to walk around the entire place freely. A couple of times we heard/saw the security truck driving slowing round the perimeter but other than that we were golden.

One cool find was the old Bristol bus and remains of a helicopter in the furthest west section of the hangar. I didn't really photograph many of the smaller outer sections of which there were a few - mainly offices and storage areas/toilets. See Clebby's report for a few snaps of these. 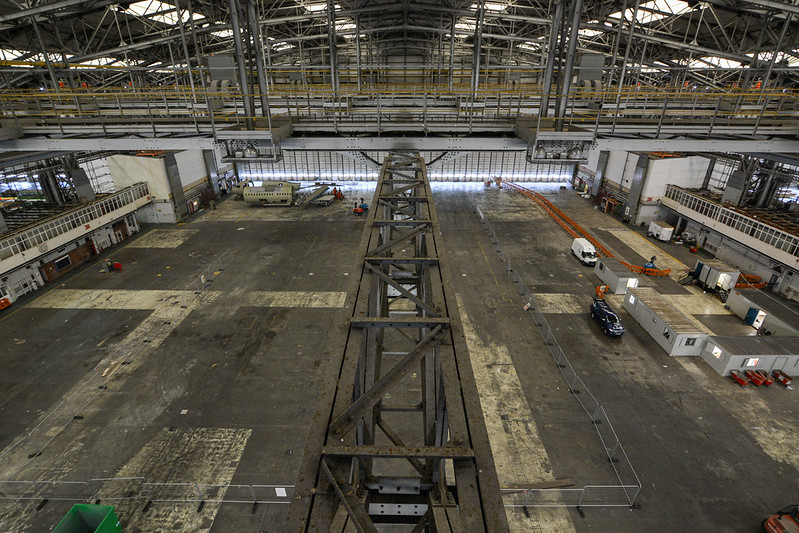 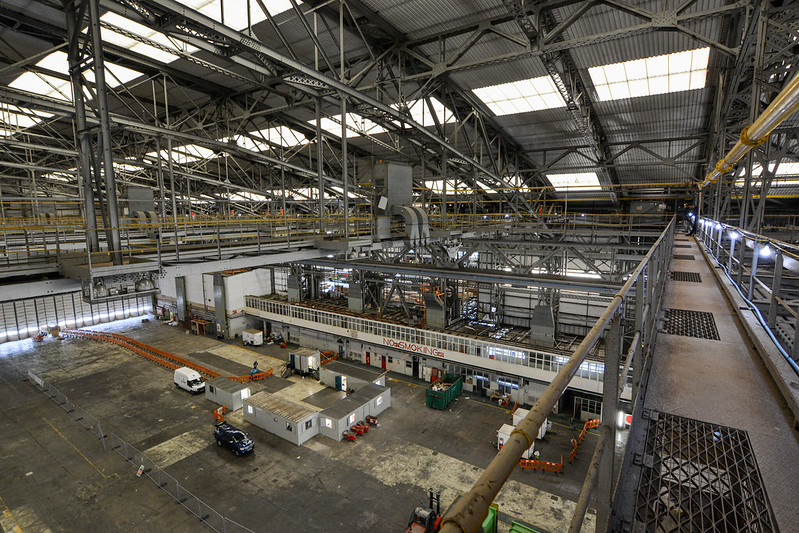 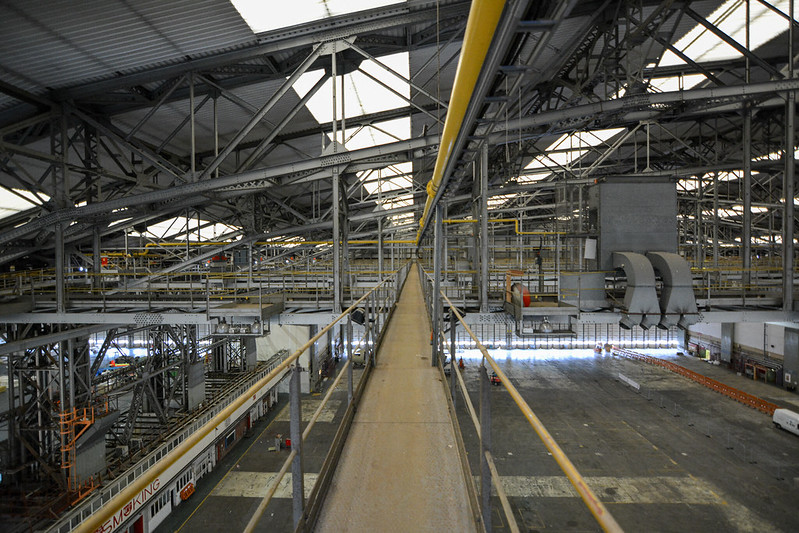 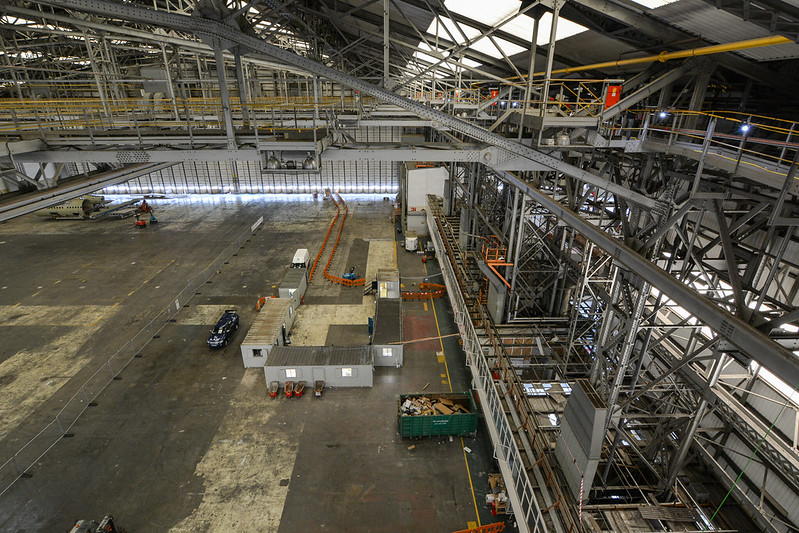 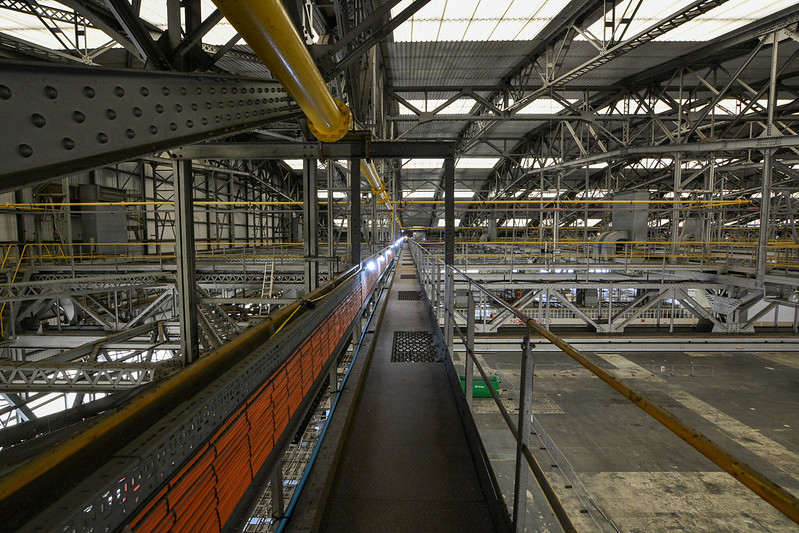 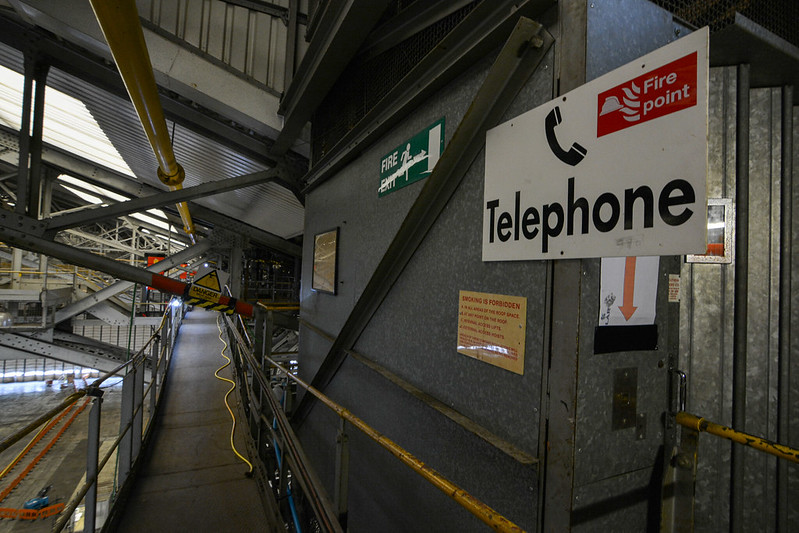 One section was being used to store timber 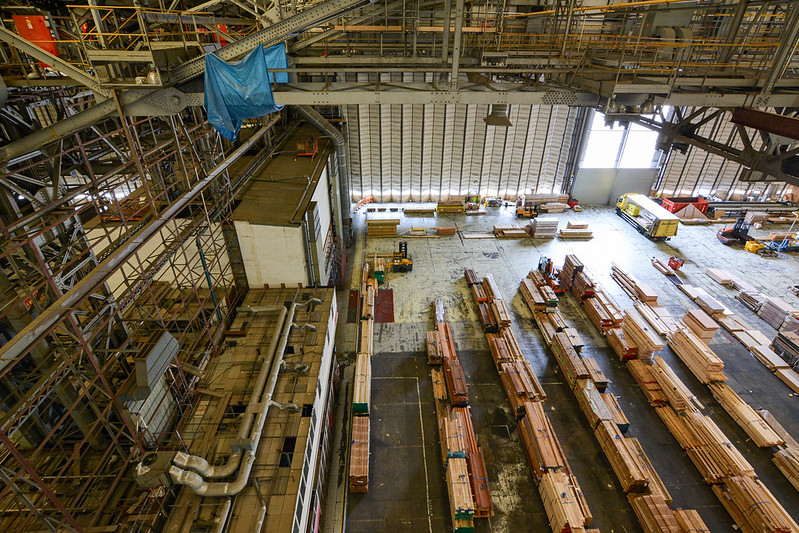 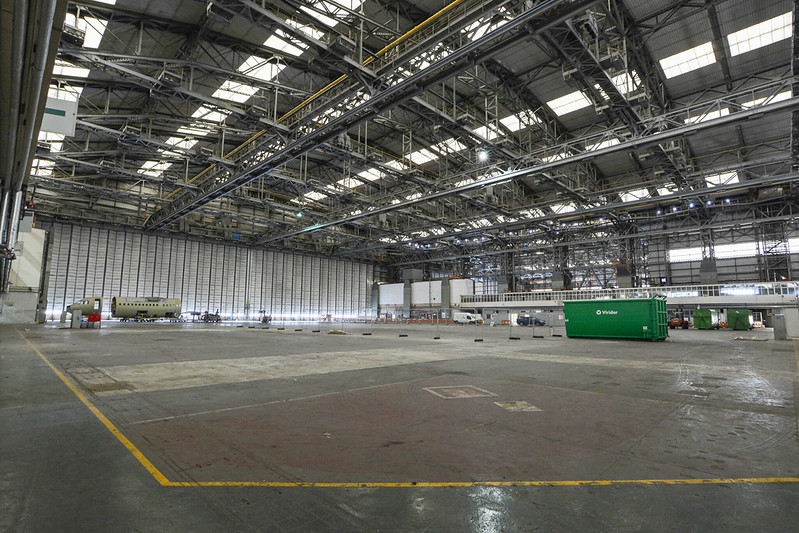 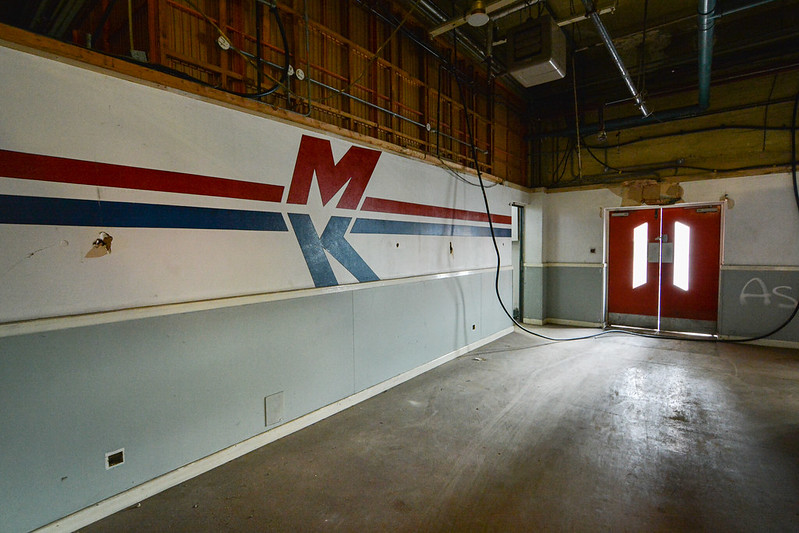 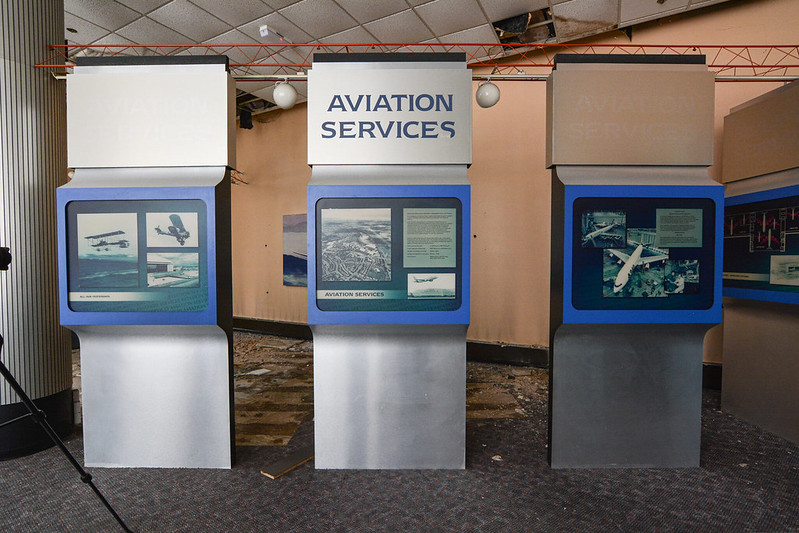 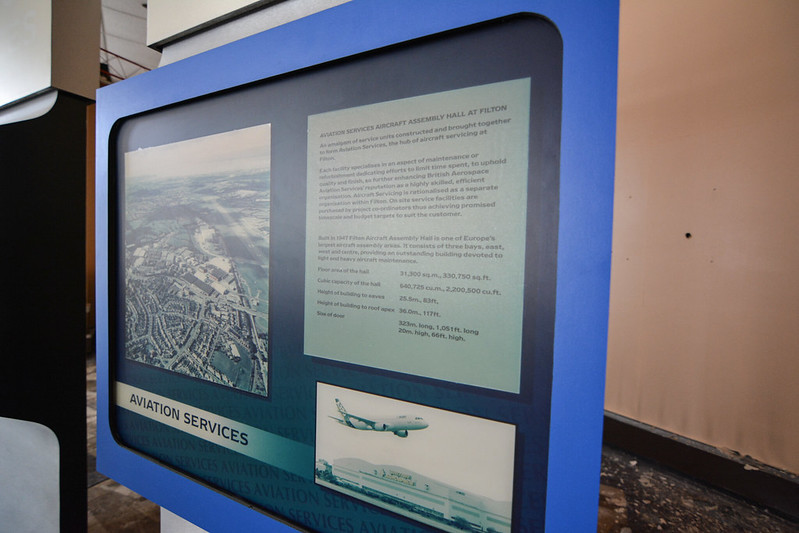 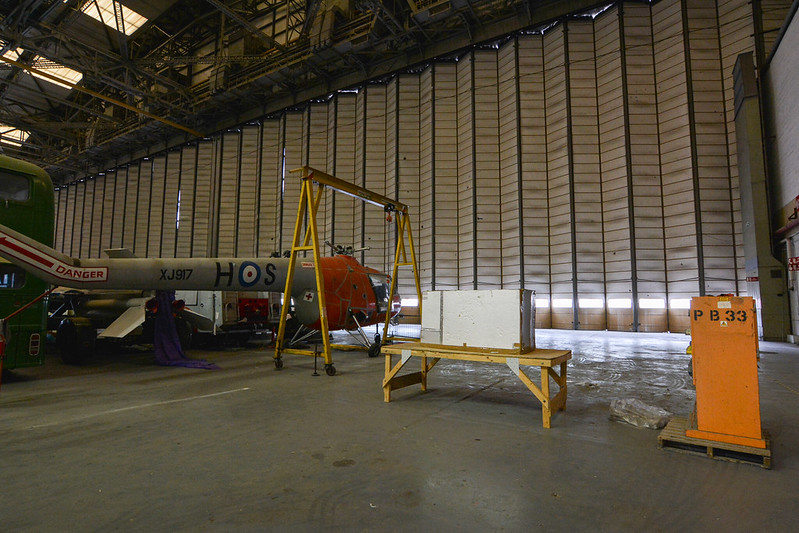 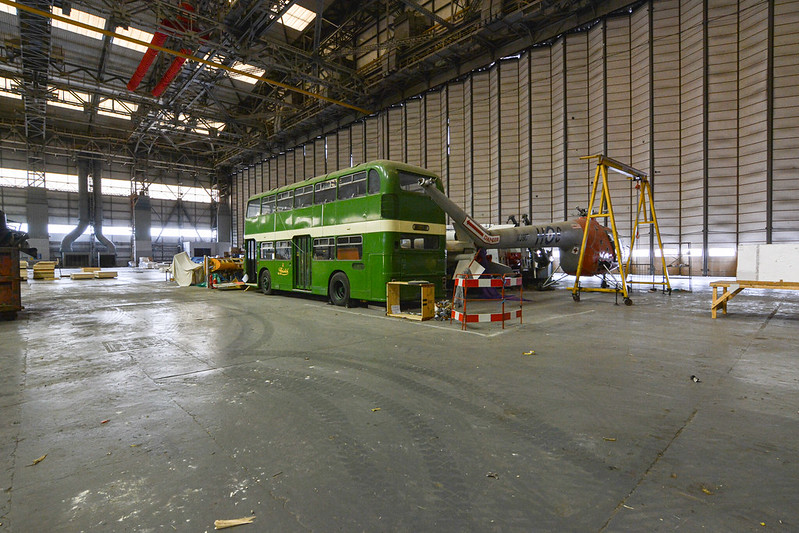 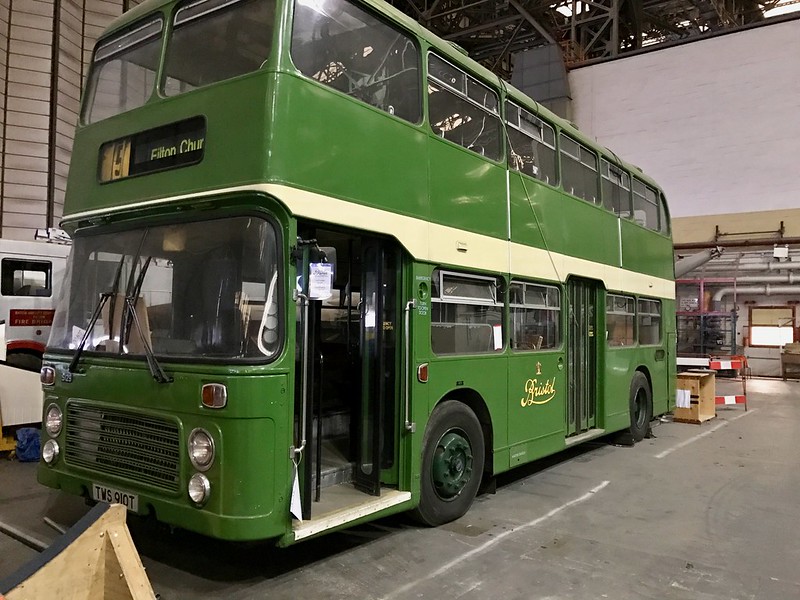 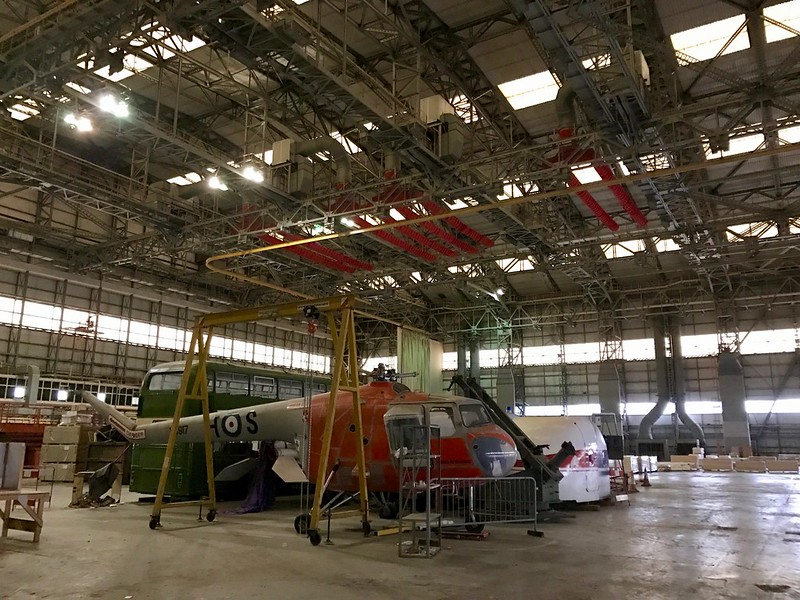 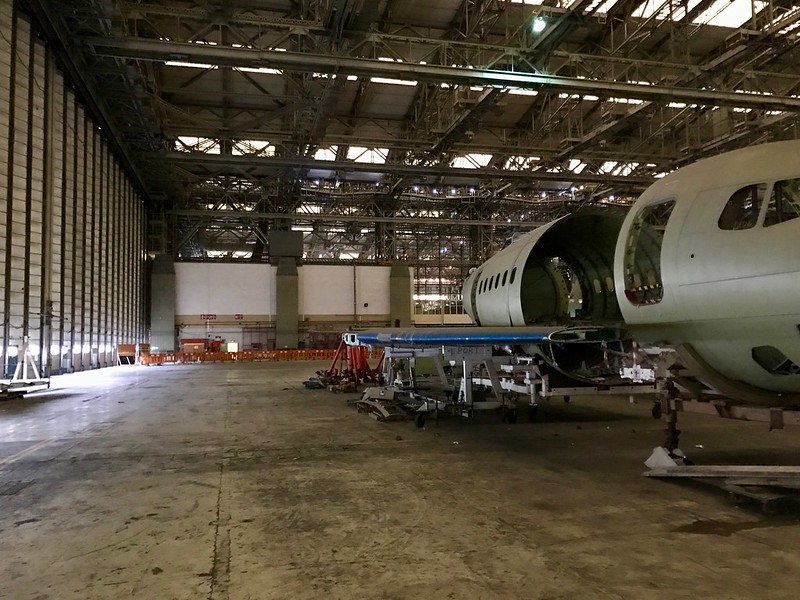 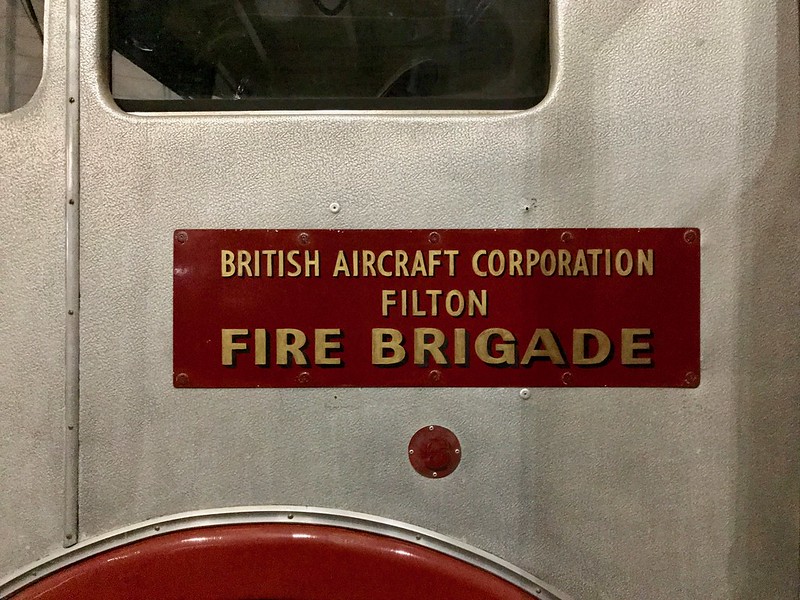 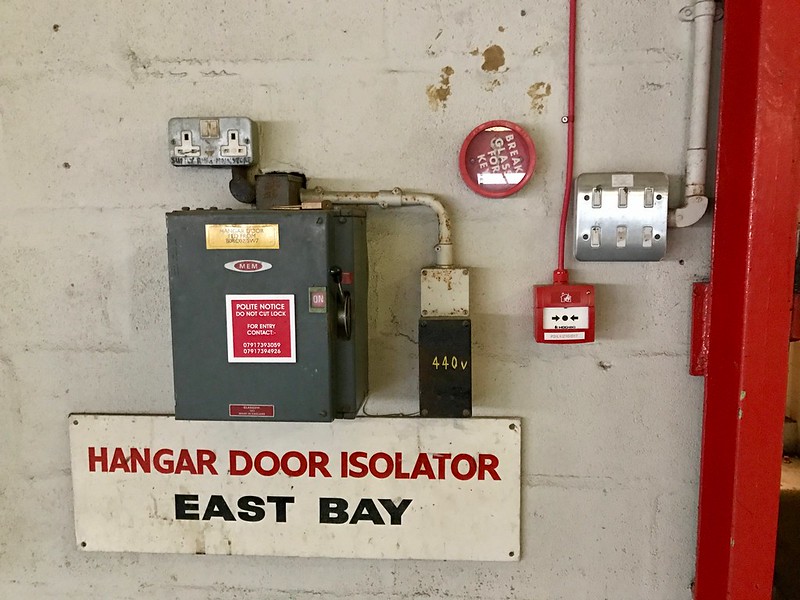 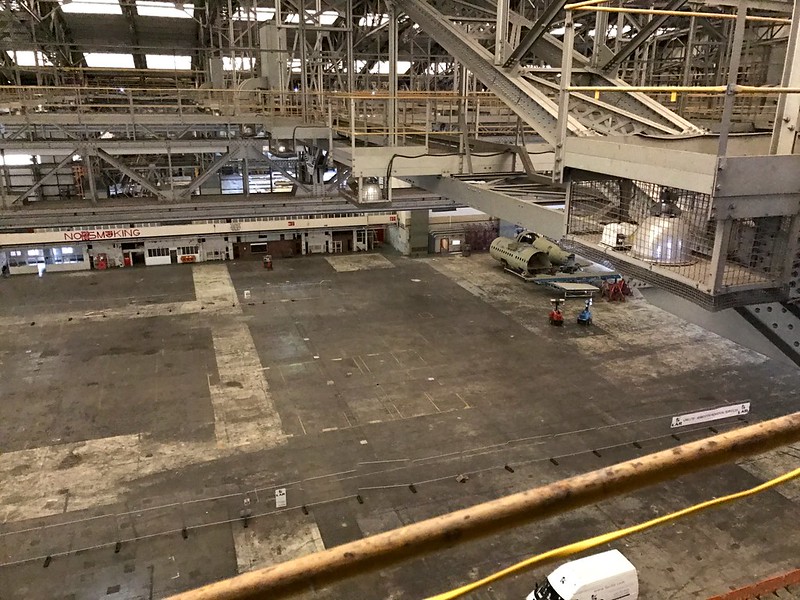 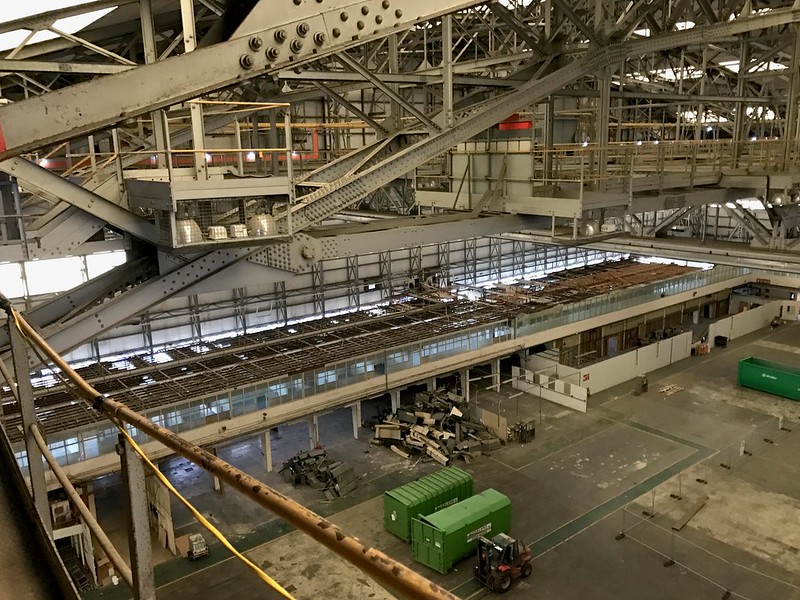 At this point I felt too guilty about leaving my better half sat around by the fence, despite it being a lovely summer day. The others agreed we'd seen enough and we headed out. As we were approaching the fence line, a security van came creeping round the corner. A brisk walk turned into a sprint and we made it over the first fence twice as quick as I did on the way in!​
Blurred Boundaries - 'busting Bristol wide open' - Louise 2012
SERVE CHILLED, LIKE SOMERSET
"I just have you saved in my phone as Mail Rail guy"​

Regular User
Very interesting that well done
Stop The Planet, I Want To Get Off!

Regular User
Good day this was

28DL Full Member
That MK Airlines logo on the wall is a real gem, can't image there's much MK branding left in many places these days
W

Thank you for sharing that information - I assumed the bus was to go into the museum. It was withdrawn a few months before I was born!
Blurred Boundaries - 'busting Bristol wide open' - Louise 2012
SERVE CHILLED, LIKE SOMERSET
"I just have you saved in my phone as Mail Rail guy"​
You must log in or register to reply here.
Share:
Facebook Twitter Reddit Pinterest Tumblr WhatsApp Email Link