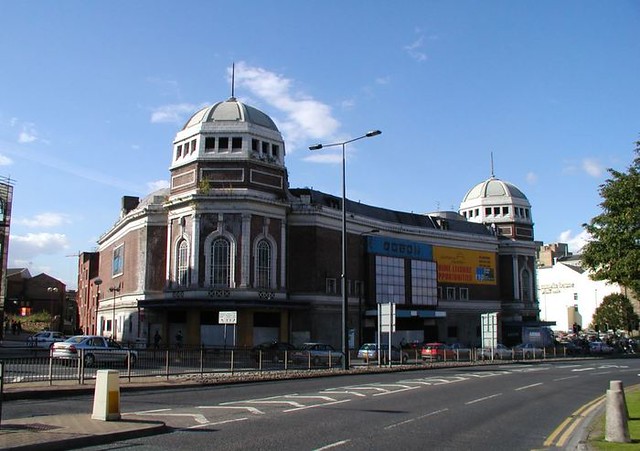 The New Victoria opened in 1930 as the largest ciné-variety theatre outside of London and the third largest in England. The site housed a grand ballroom, restaurant and tea room. Many of the original features are currently concealed behind a late 60s fit-out when the building was converted to cinema and bingo use. These features are restorable. The building contributes materially to the Bradford townscape, makes a good neighbour for the Alhambra Theatre and would help to regenerate this area as a cultural quarter for Bradford.

After one success and a couple failed scouts in the hilly territory that leads to Bradford, we arrived in the city centre, to take a look at the property. From @UrbanDoll 's report, the remaining architecture in the structure that's deep into it's rennovation process was intriguing, particularly because the modern walls had been removed, opening up the building's original details from it's theatre era. It was towards the end of blue hour when we were facing the property, and after a bit of a wait for a slow van driver to budge, we could head in. 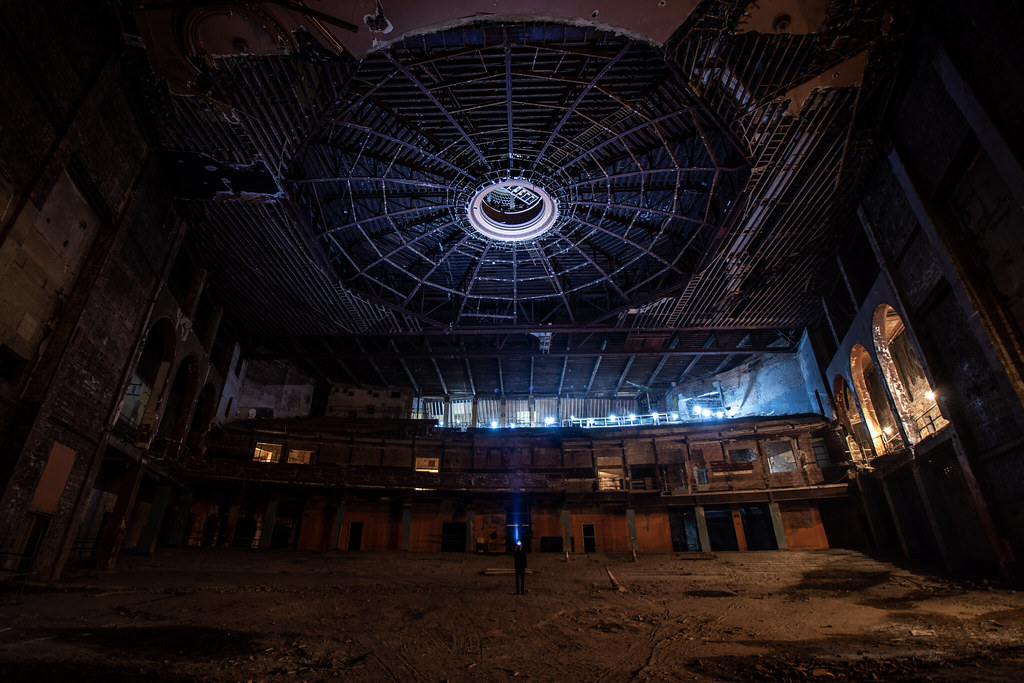 I was happy to venture over the crumbling concrete to see the details on the balcony's rim. 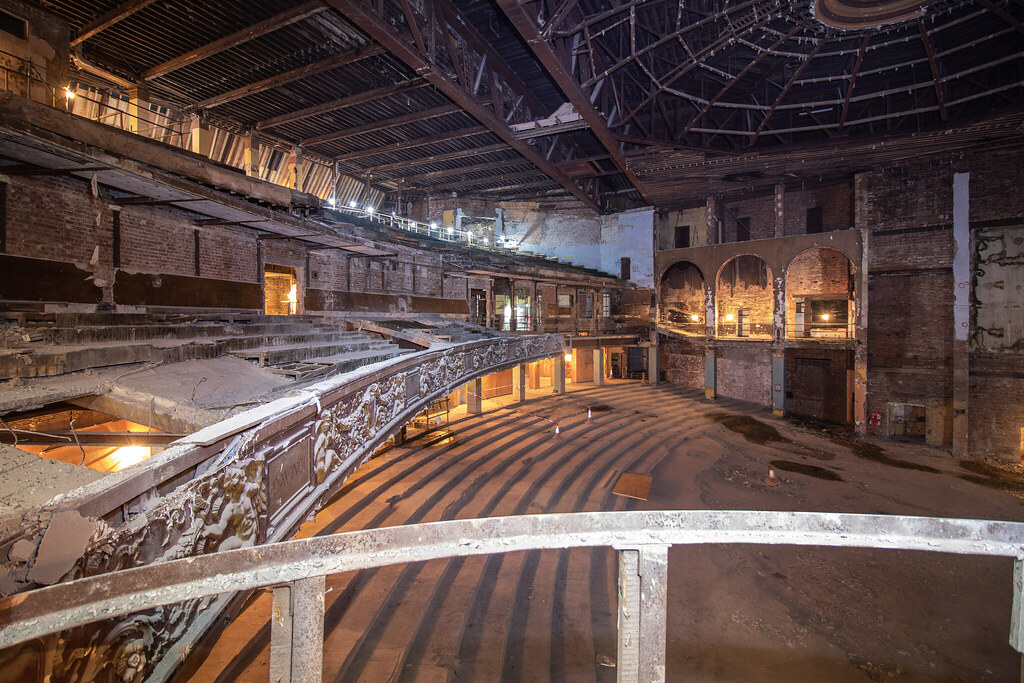 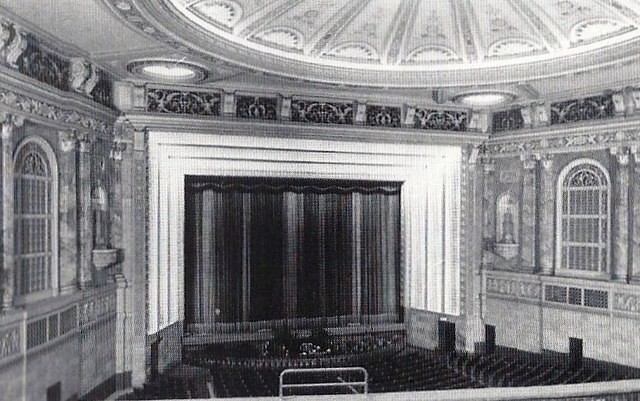 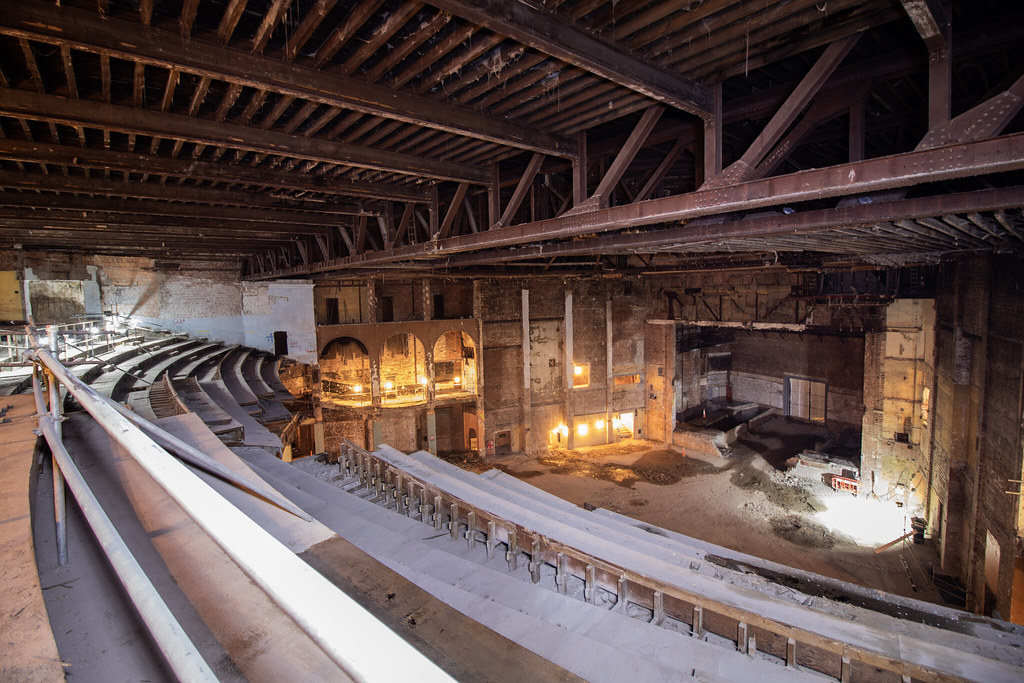 One projector room was still in decent condition on the highest floor, without the projectors themselves, but with a selection of old machinery, controls, signage and this chair. 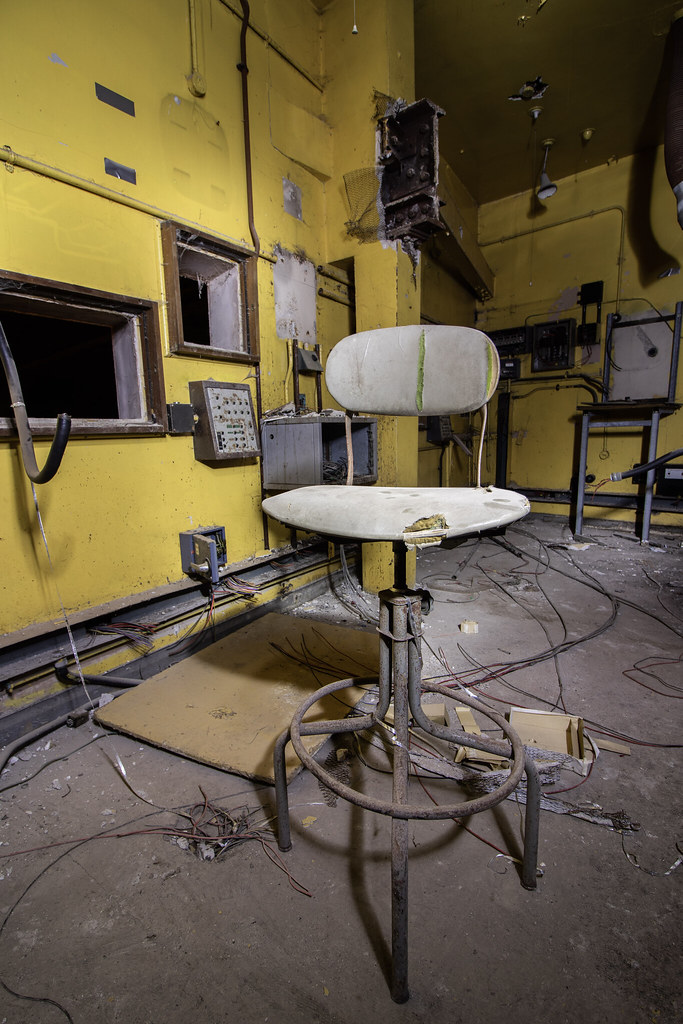 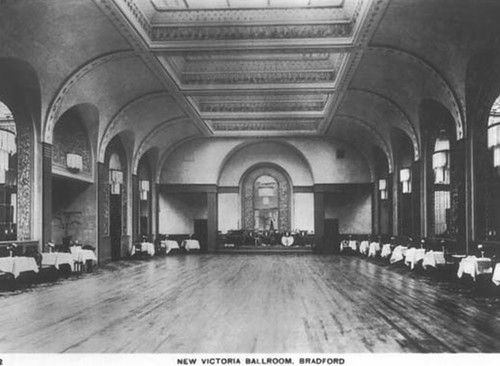 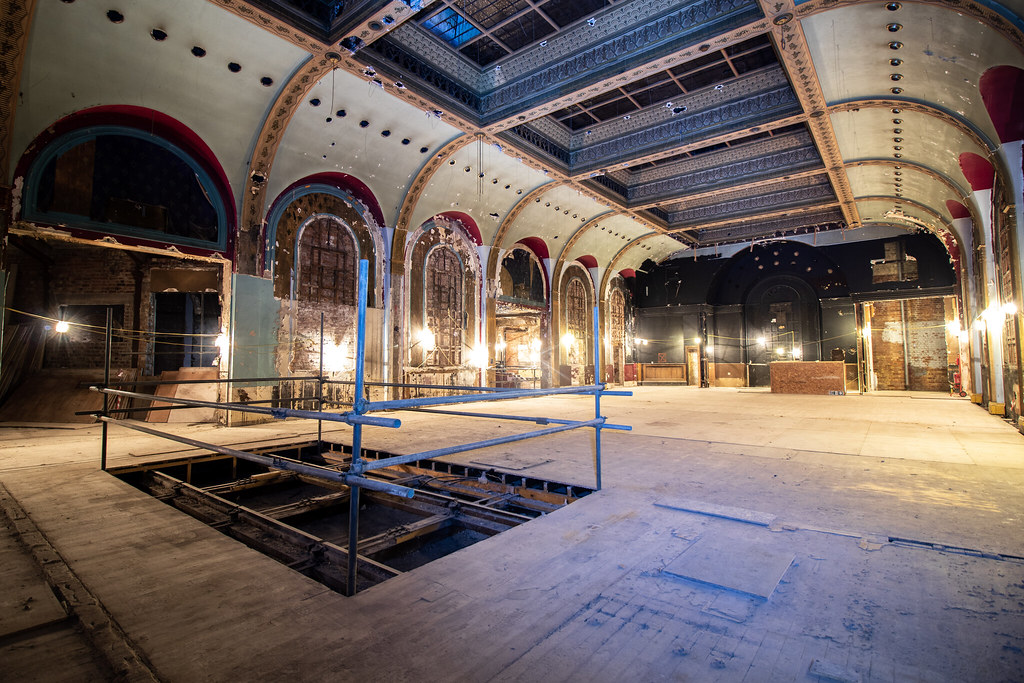 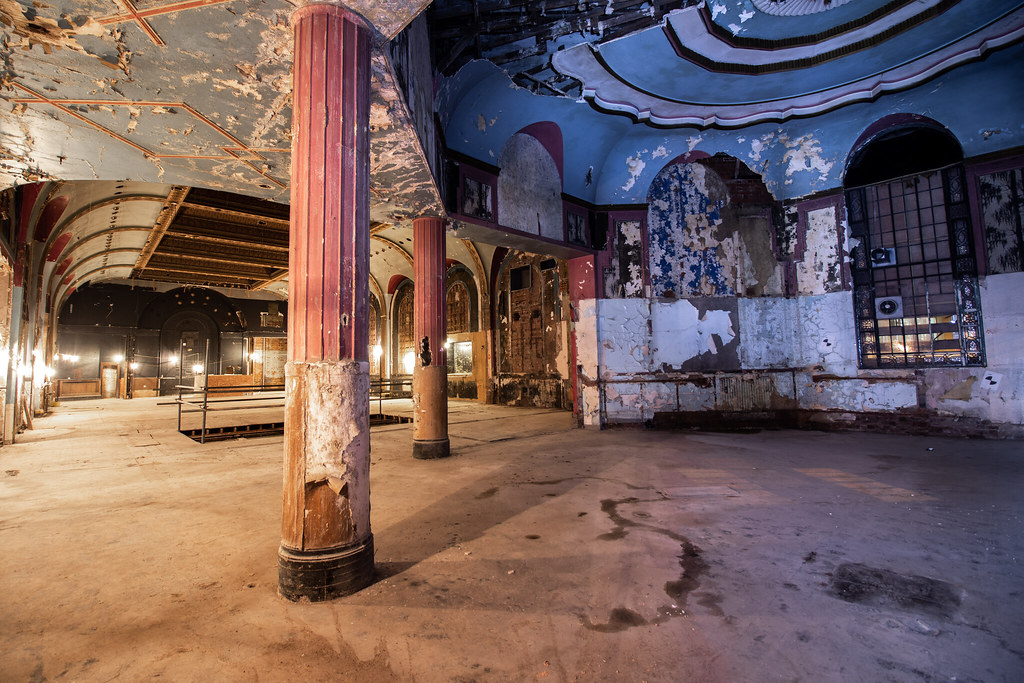 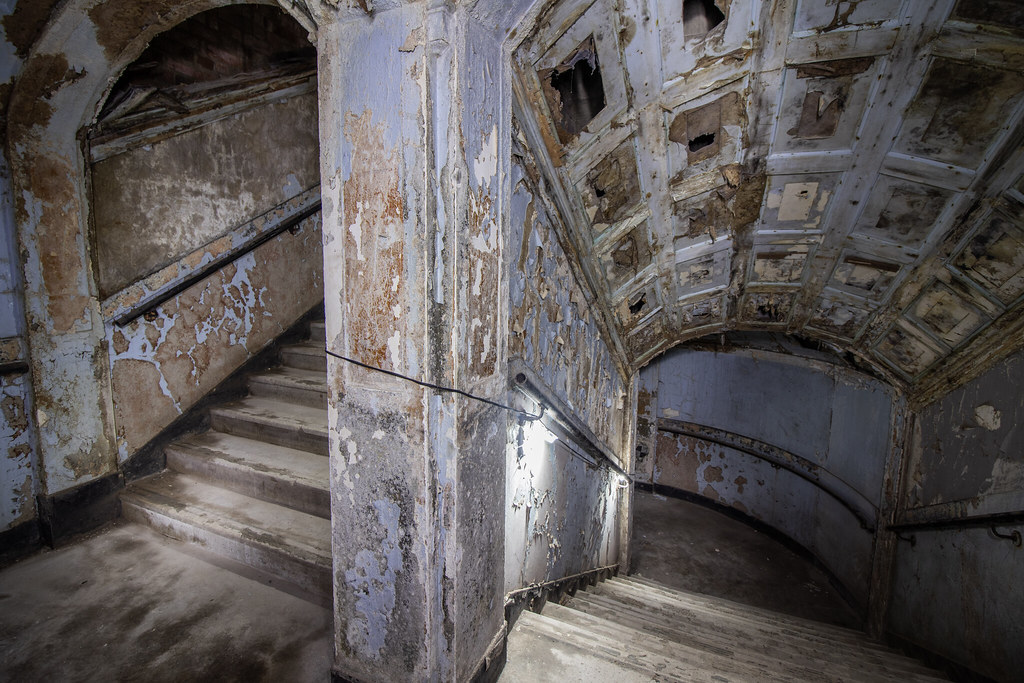 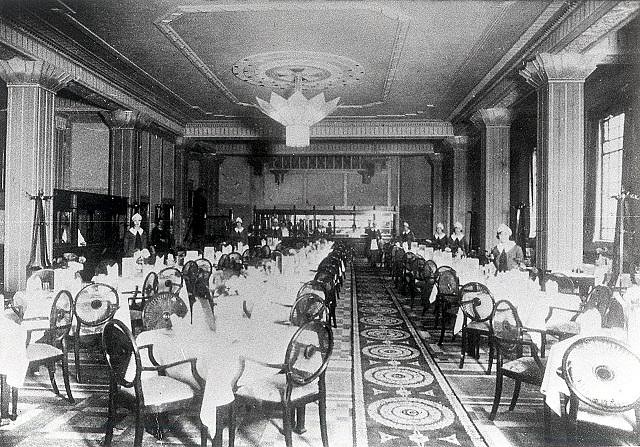 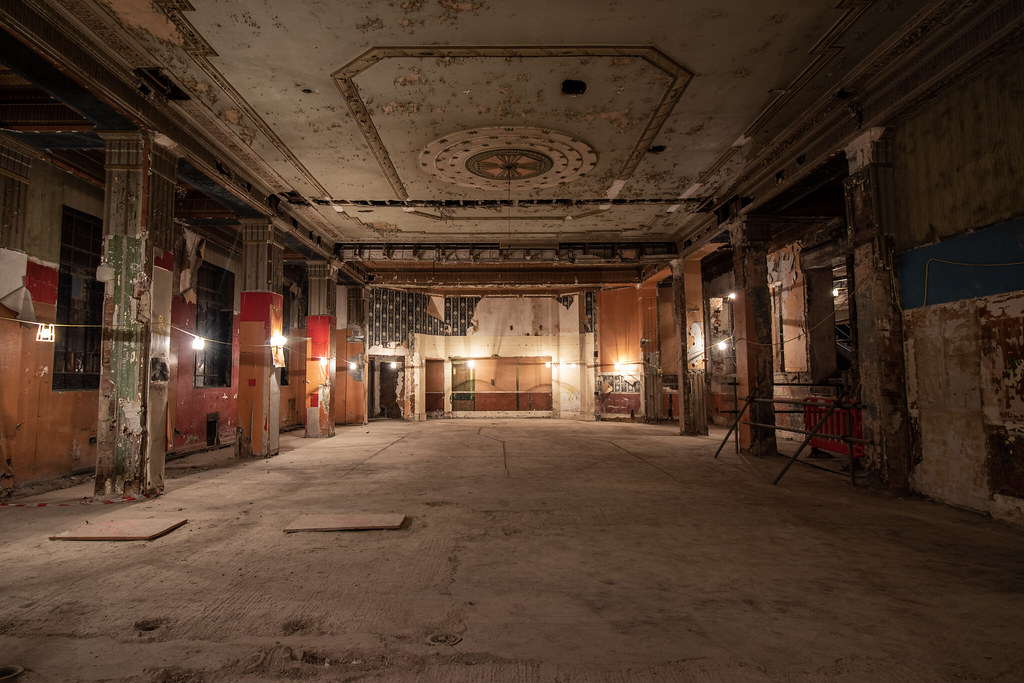 Regular User
I remember the weird little space you had to get to to see those cherubs on the outer rim of the upper circle. Good times!


Top report there man.
eating seeds is a pastime activity.

28DL Full Member
Wow - as much as I love urbex, what I love even more is seeing this kind of stuff protected for the future. Lovely place. What’s happening to it do you know?
Pictures paint 1000 words - Say no to YouTube.

xexxa said:
Wow - as much as I love urbex, what I love even more is seeing this kind of stuff protected for the future. Lovely place. What’s happening to it do you know?
Click to expand...

It's becoming a concert venue, to be finished in Autumn 2020:
https://www.architectsjournal.co.uk/news/aedas-reveals-20m-plans-for-bradford-odeon-rebirth/10038093.article

28DL Full Member
Oh good. So it should be. Never known that happen before! Could do a bit more with that dome though..
Pictures paint 1000 words - Say no to YouTube.

Regular User
Fab report. Loving the before and after pictures...

So much to be restored, glad it is being. Good report,