All credit to Mike for this one, I've not seen it crop up on here before so props to him and his local knowledge. Obviously being from the Potteries I just can't help but love pot banks, that being said I've never really ventured to Derby which also has an extensive pottery history, with the exception of visiting TG Greens several years ago. Perhaps there is more to be seen!

Information on this place is very sparse. For Stoke there is the fantastic thepotteries.org website which has a plethora of information relating to pottery, sadly there doesn't seem to be an equivalent for Derby. I've managed to piece a few bits together from the internet and from Mike.

Bretby Brick & Stoneware Co. Ltd. are first listed in Kelly's 1912 Derbyshire edition in the Brick & Tile Makers section at Newhall. The company are not listed again until the 1932, 36 & 41 editions. Whether they stopped producing bricks & just concentrated on producing stoneware from 1913 to 1932 is unknown.
Click to expand...

The works were built in 1899, and the Bretby Brick & Stoneware Company was first incorporated in 1909. Brick production supposedly ceased in the 1930's, with the works finally closing in 1995. Since then large portions of it have been allowed to deteriorate whilst other parts are now in use for other purposes. There is a single bottle oven standing on the site, sadly we couldn't get to it to have a good look. There are also two horizontal steam engines (one manufactured by Tangye) and the remnants of a belt drive system, both were really cool, not something that you see every day! Clearly the parts of the works centred around the bottle oven are the oldest parts of the factory, and more than likely have been disused for a considerable amount of time. Within the newer buildings were a pair of modern kilns, no makers plate unfortunately. 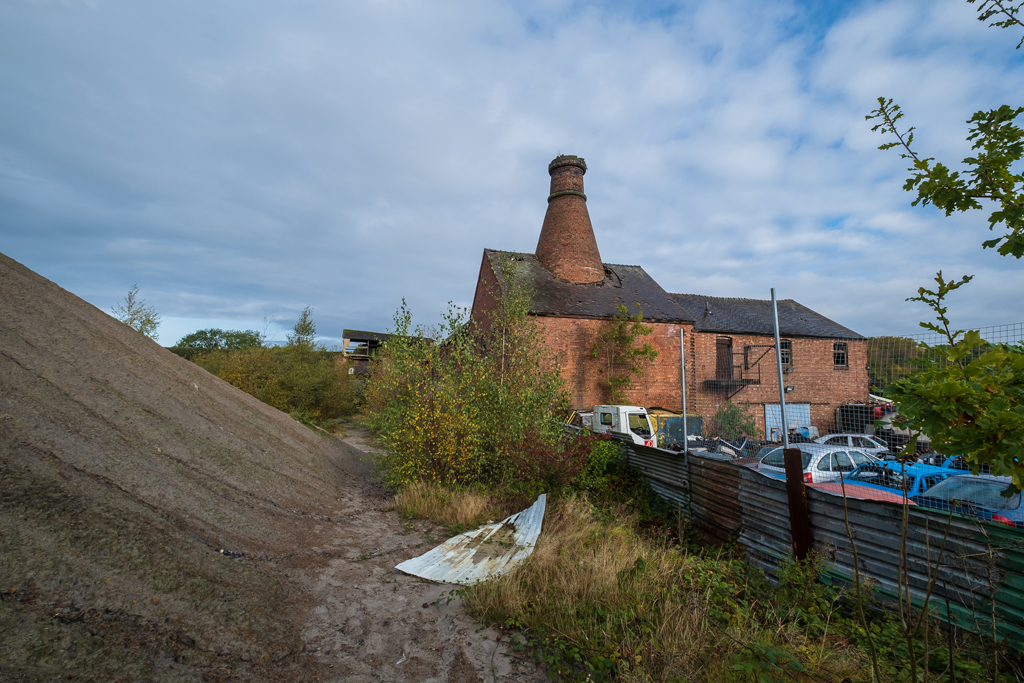 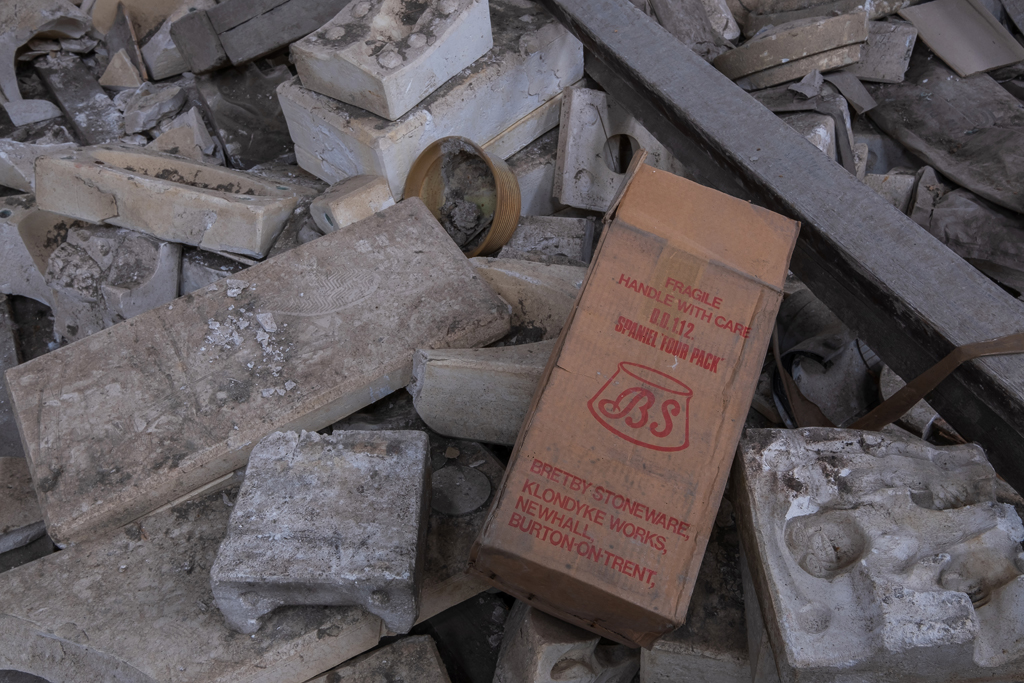 Filter press - made in Stoke of course. 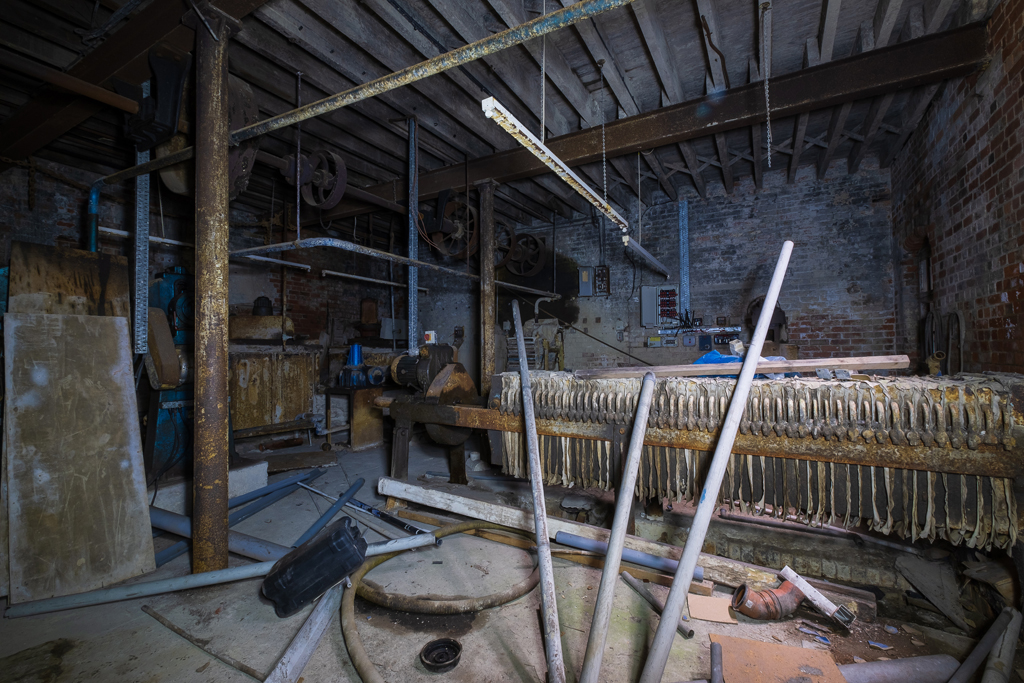 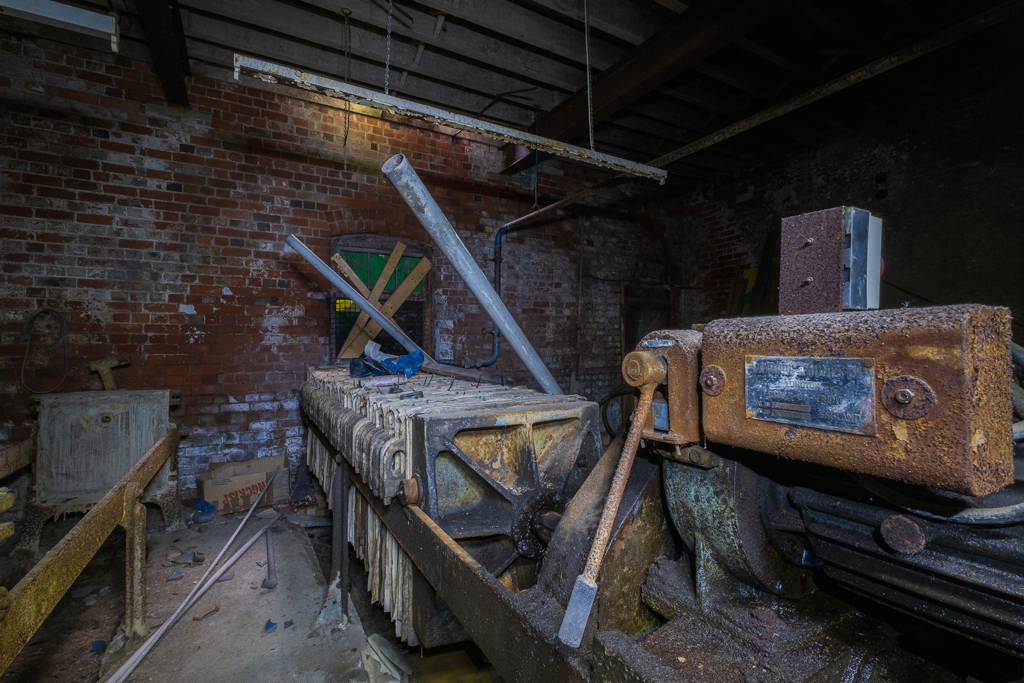 More of the belt drive system. 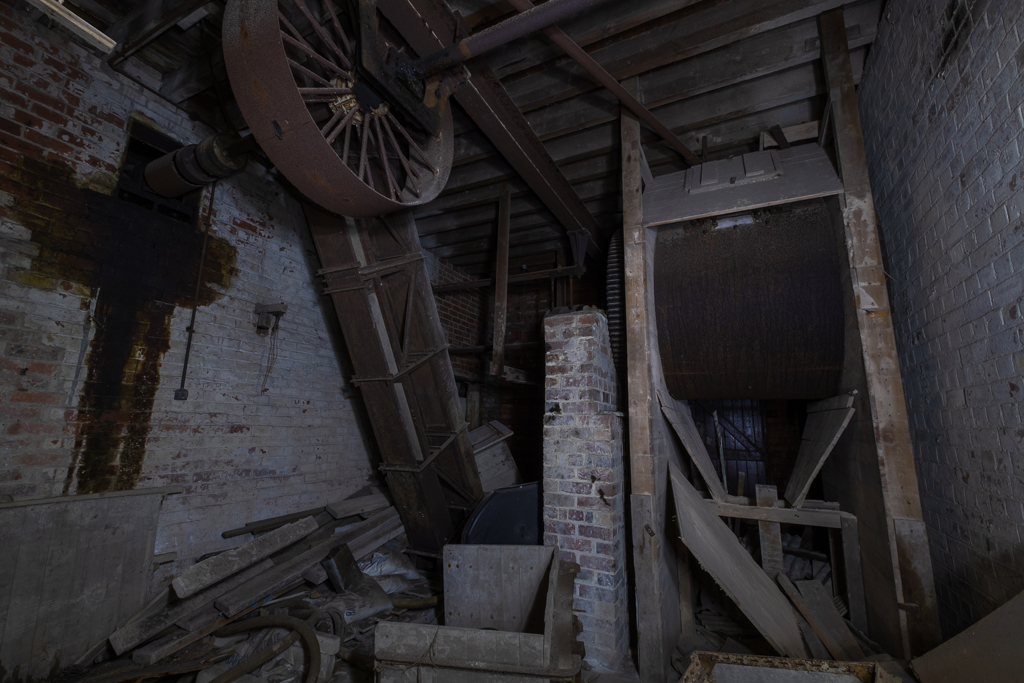 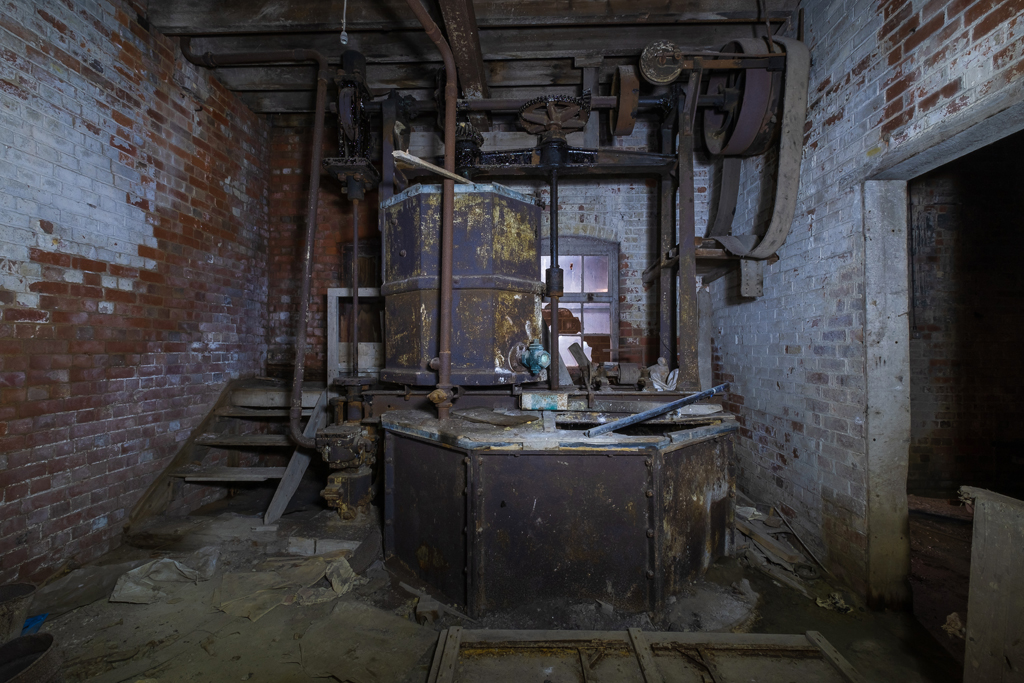 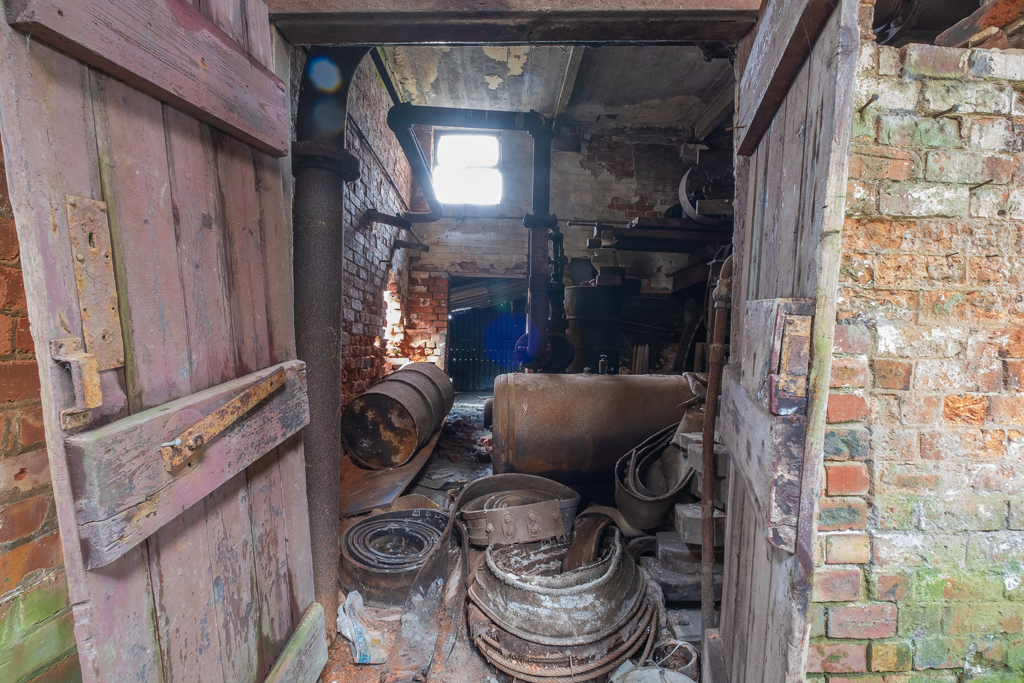 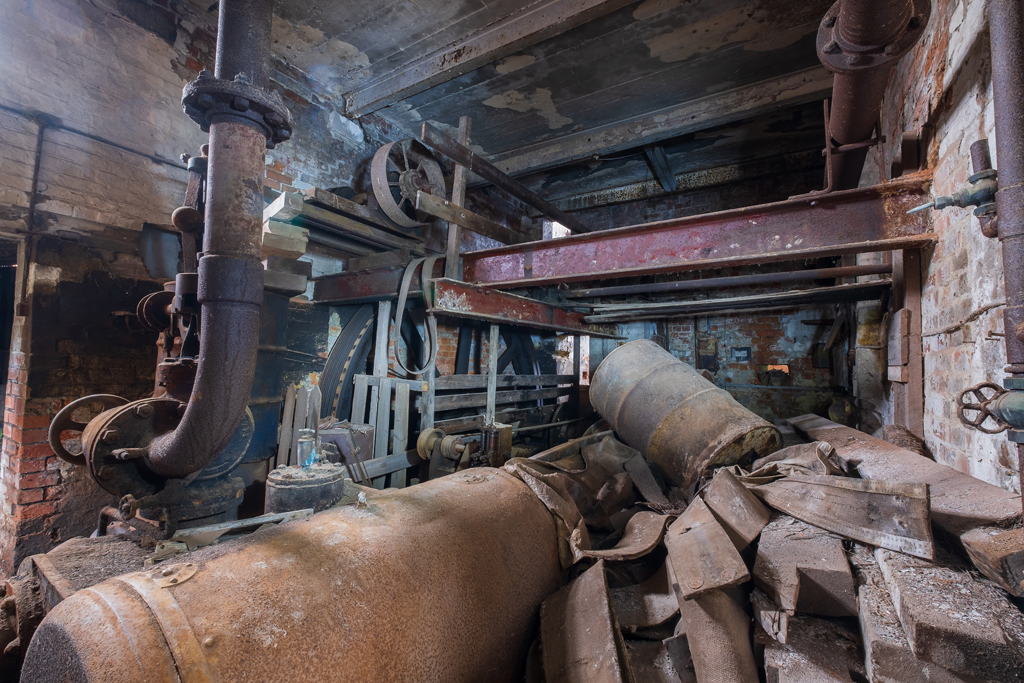 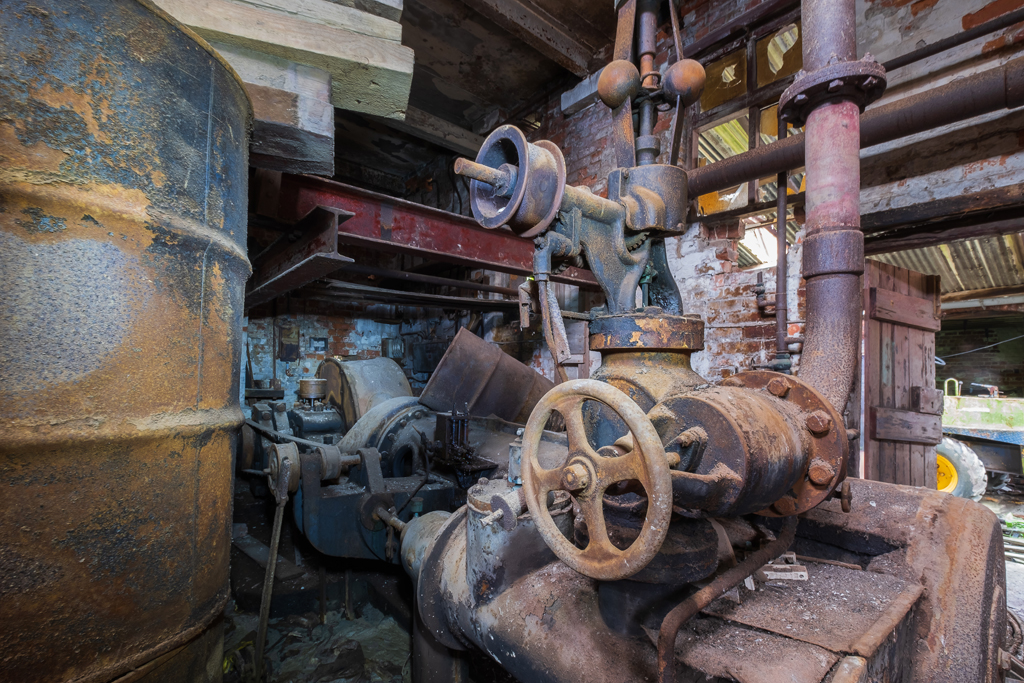 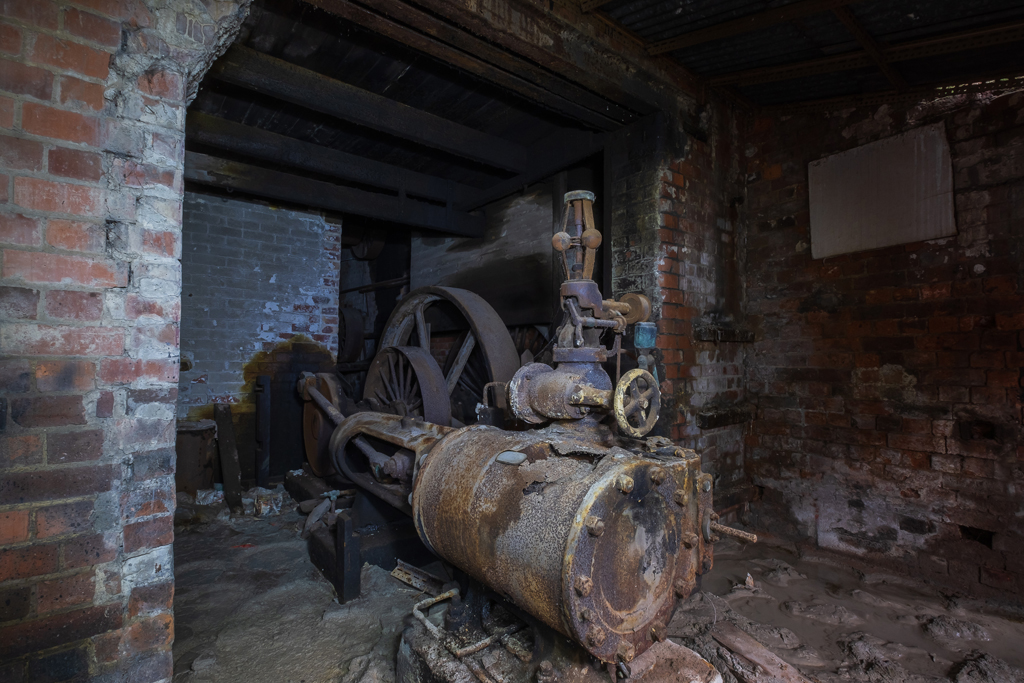 Another of the buildings, this contained a lot of moulds. 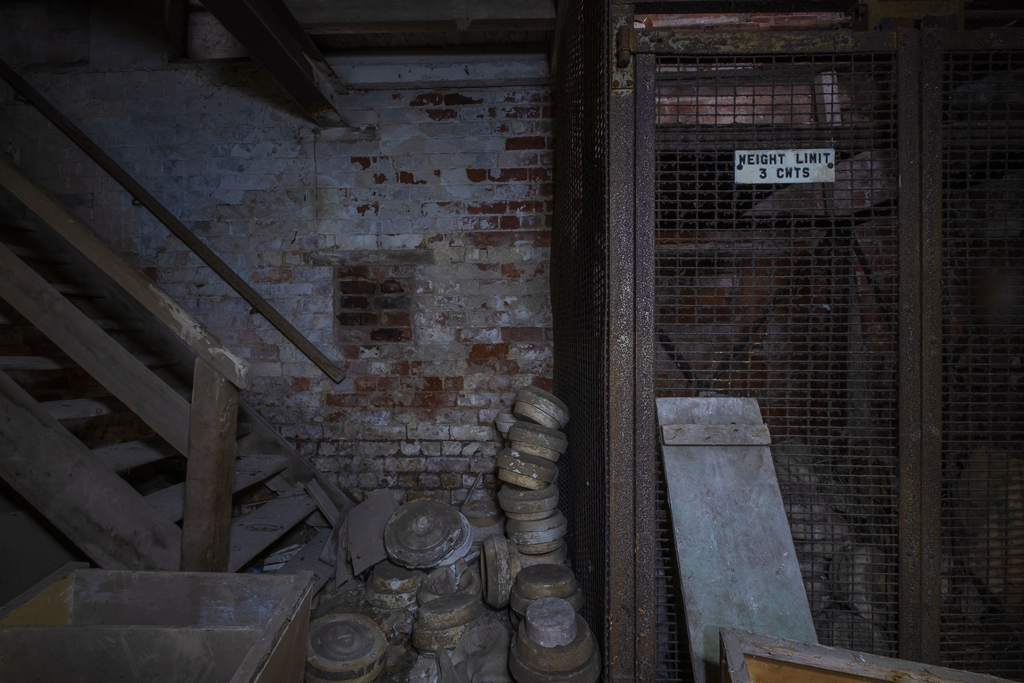 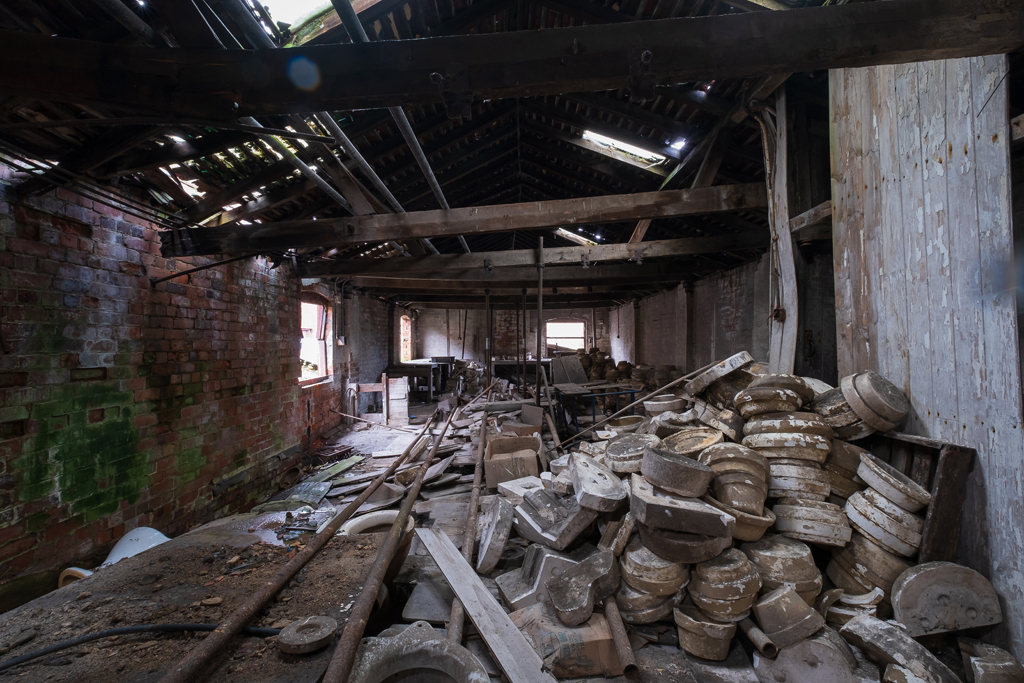 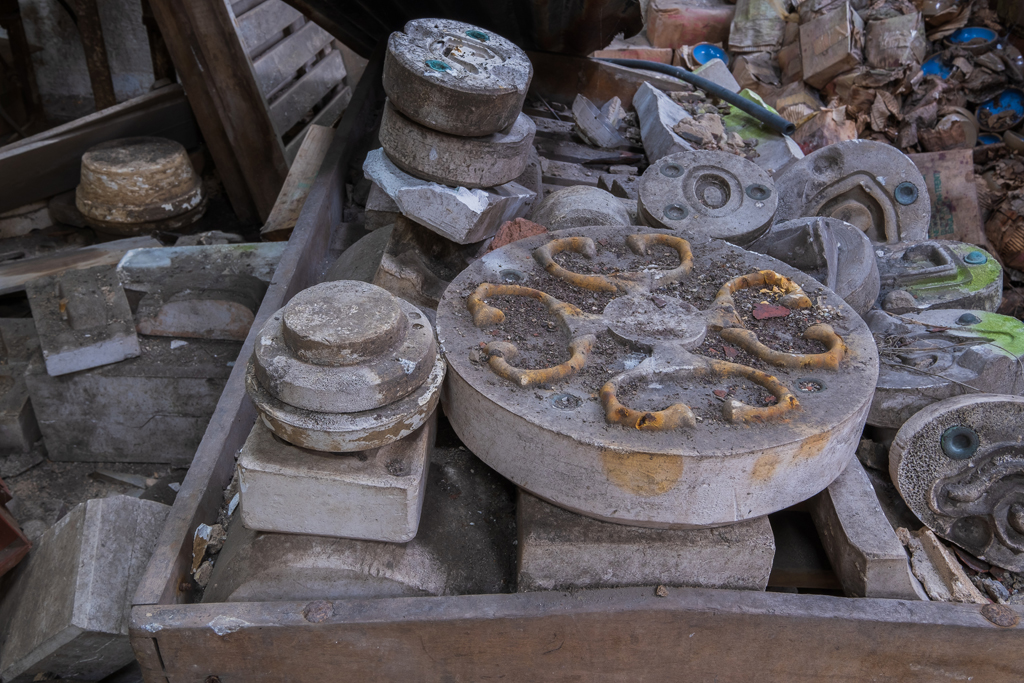 It seemed that in the factories later years they mainly made pet bowls as there were literally thousands of them boxed and stacked up ready to be shipped out. 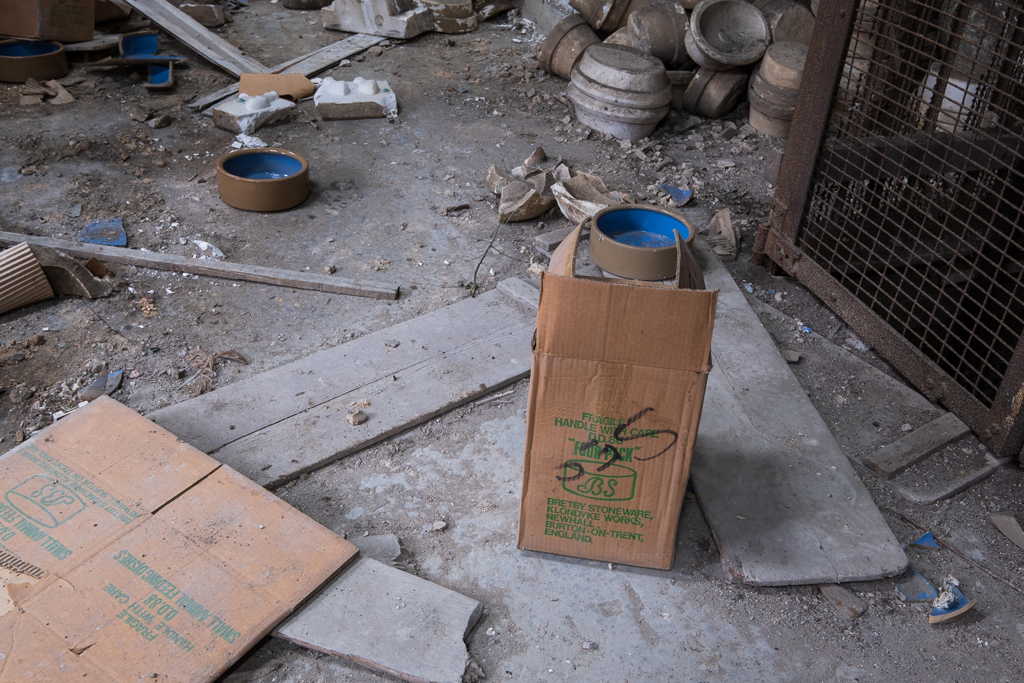 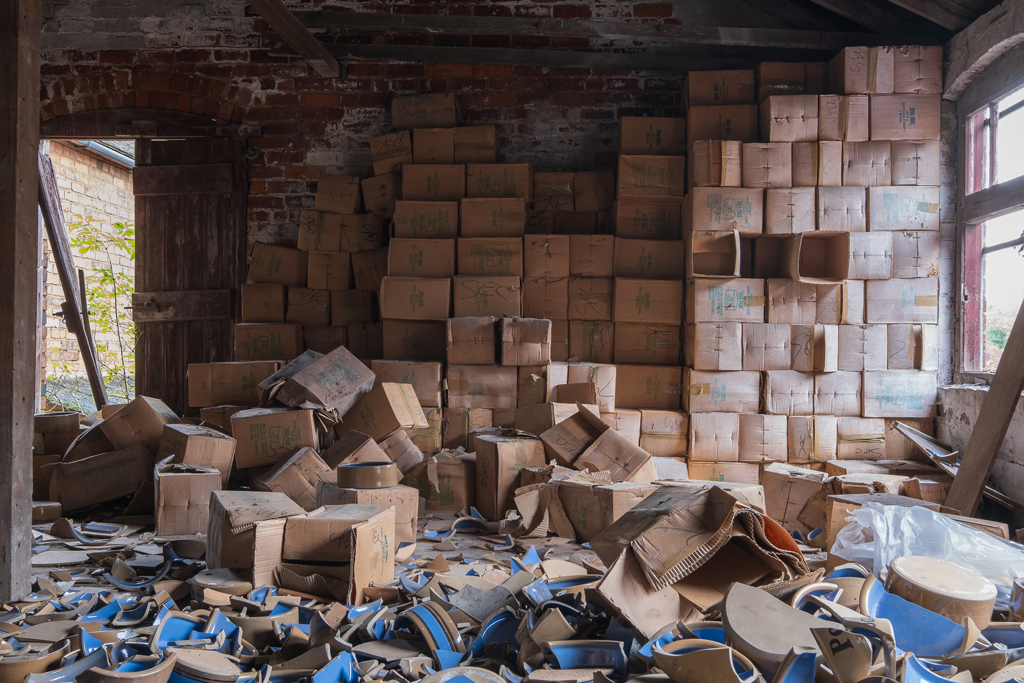 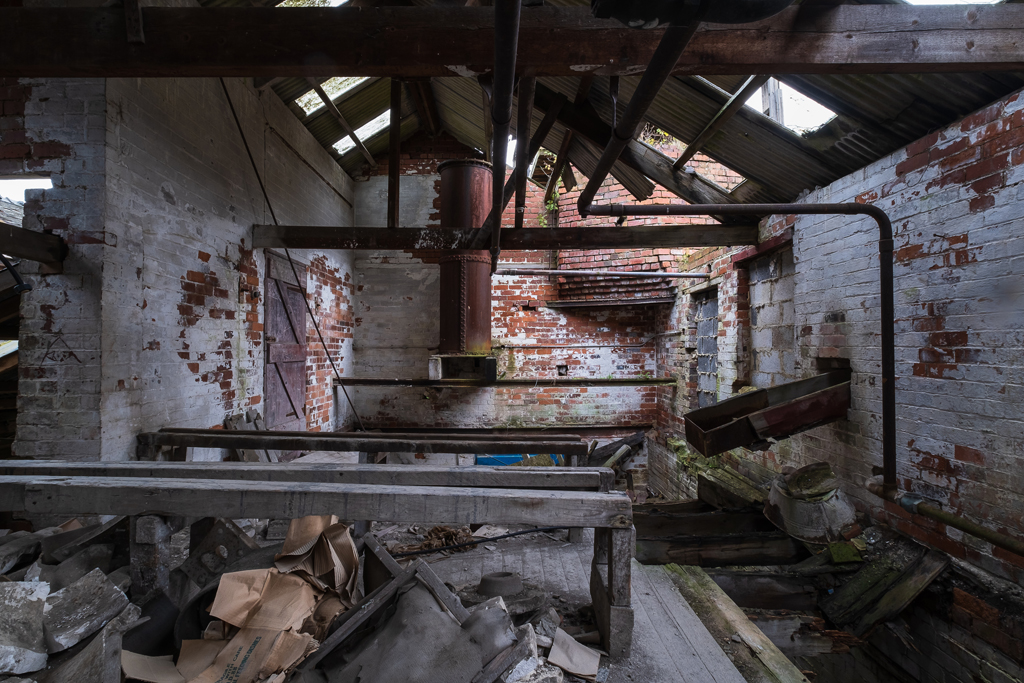 Pottery boards (worth a fortune), refractory products and the aforementioned modern kilns. 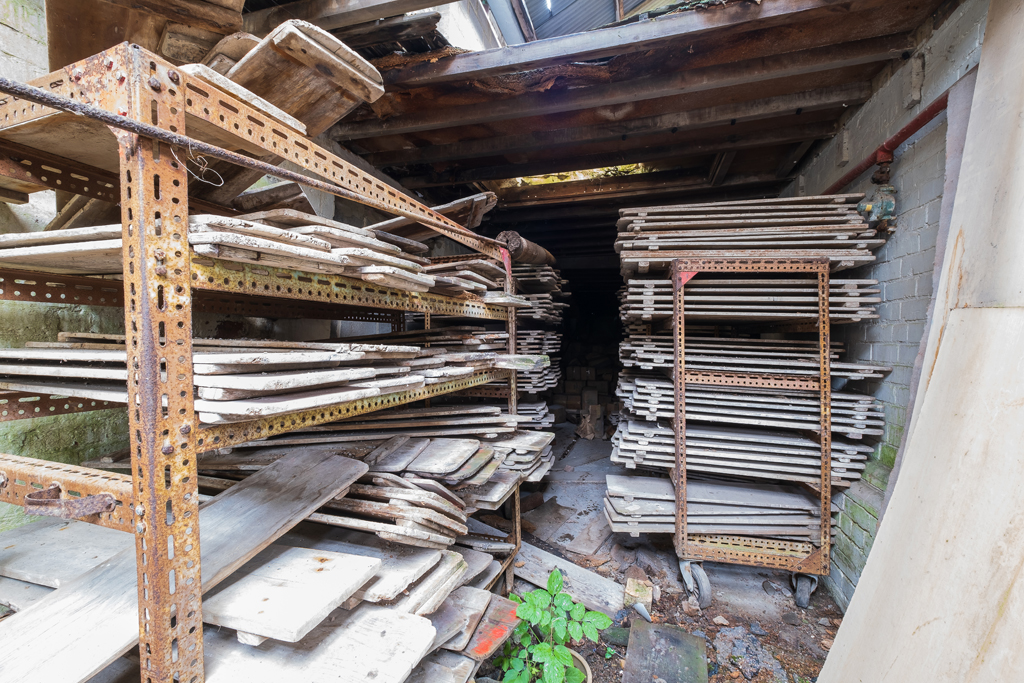 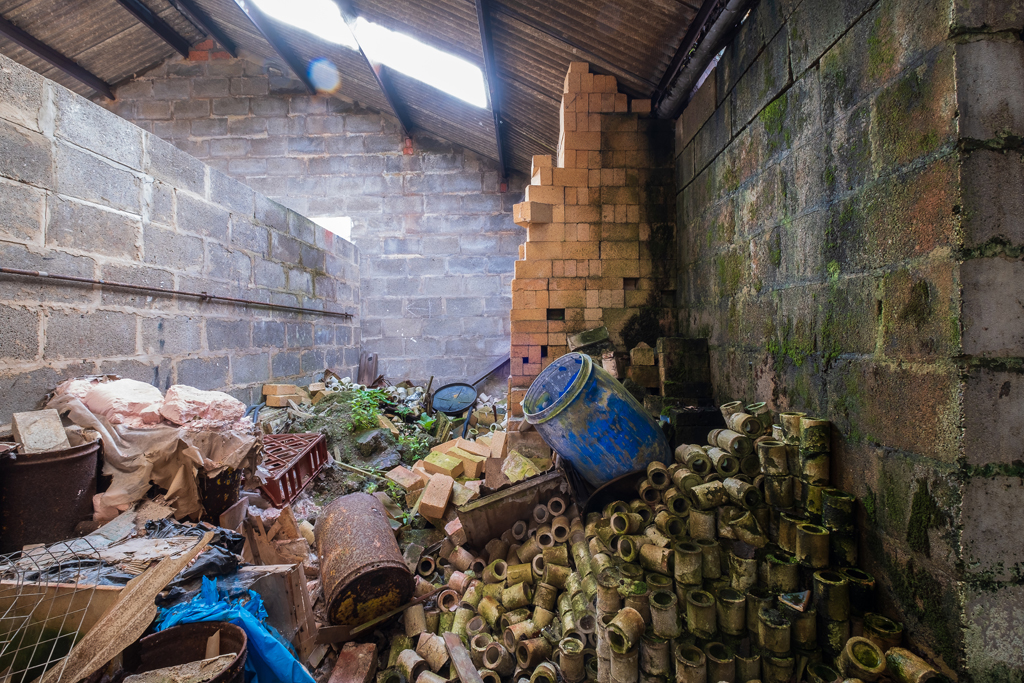 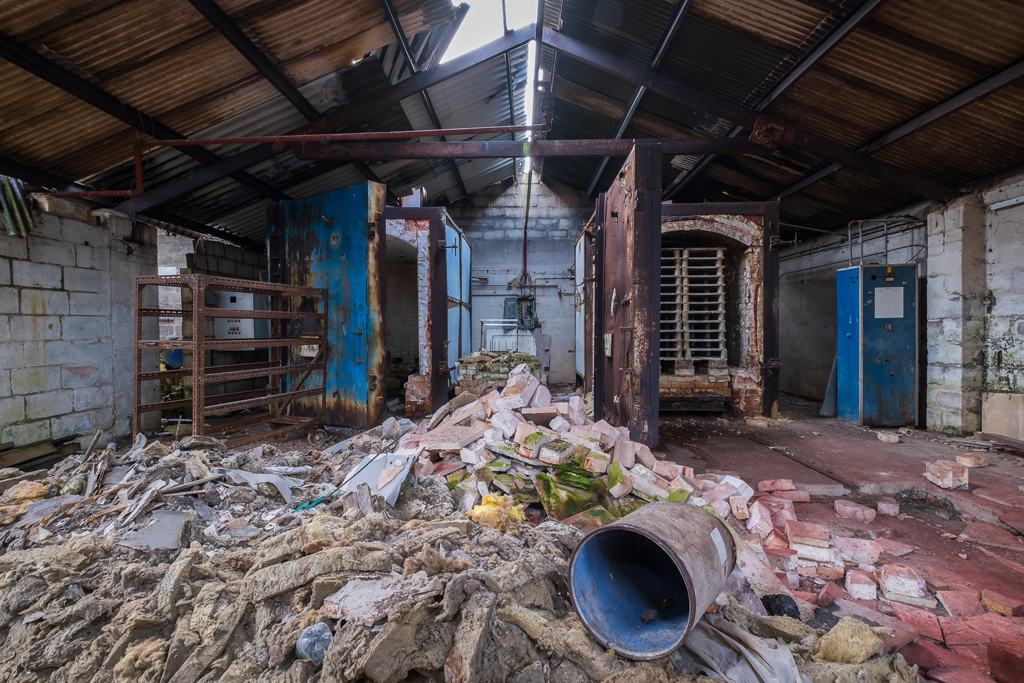 Workstation with plenty of natural light. 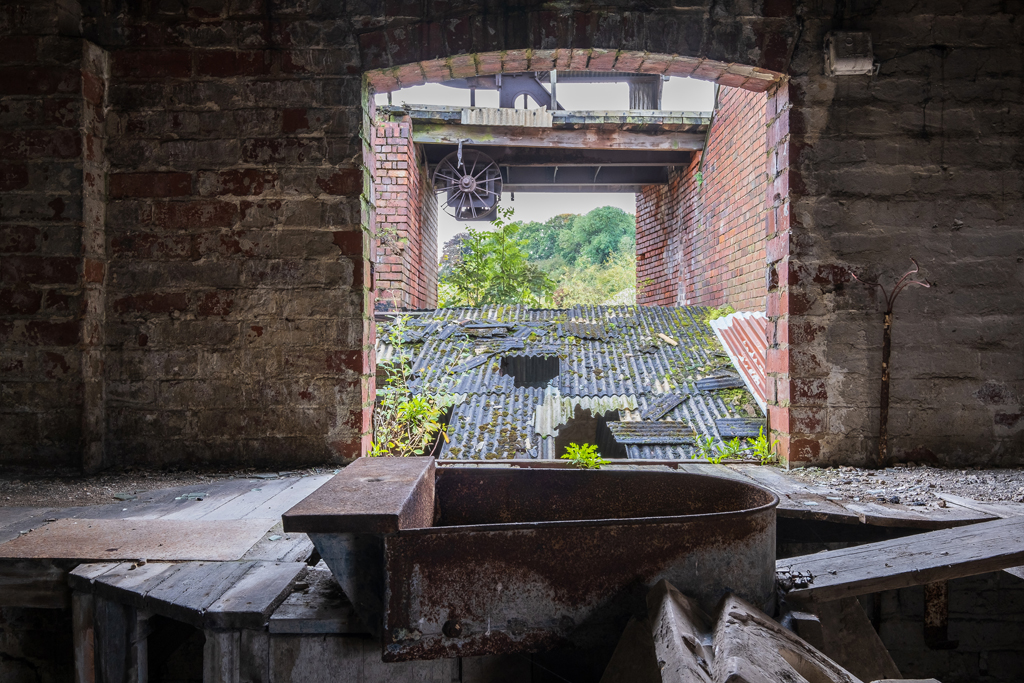 Regular User
Nice shots. Didn't realise what them pottery boards were! Good fun this one - despite the ruined shoes all round.

Regular User
Brilliant stuff, love these kind of places. One for the list when I'm next up that way for sure.

28DL Full Member
Nice pictures, really interesting and on my doorstep too!

28DL Full Member
Good to see this is still standing, shame to see the old engine still rusting though!
https://www.flickr.com/photos/mr_sam/sets

Regular User
wow some cracking stuff in there. Very photogenic , like this a lot

28DL Full Member
Really like them pics and report