Regular User
1. The History
Did a really thorough research job looking into the history of the place on my archive report posted earlier this year so won’t post it again. It can be accessed HERE. Despite having another trawl of the internet, couldn't come up with any archive pictures beyond this shot taken from 1950 (©Mason, G. Bernard) already showing the manor in a complete state of ruin: 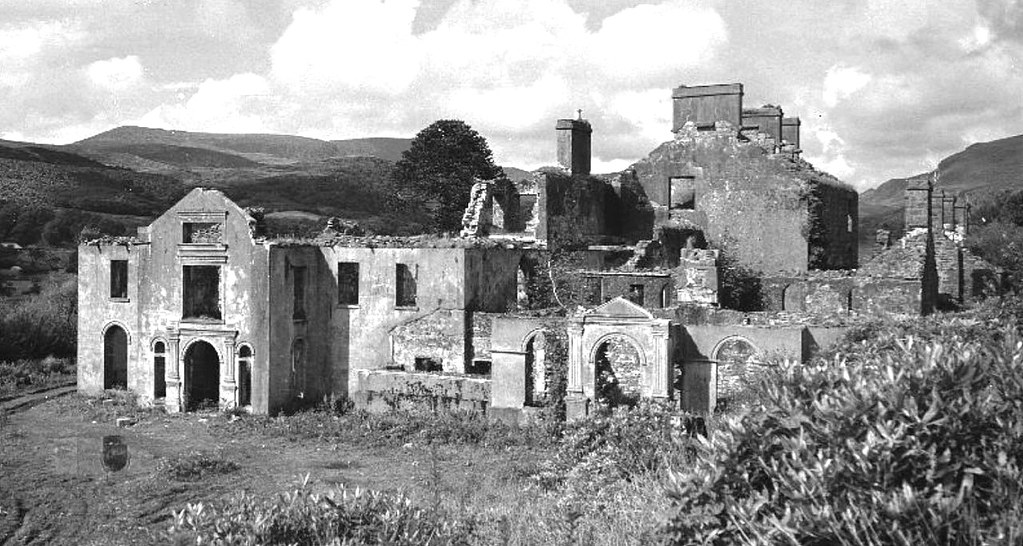 I'll include the Artist’s impression of what the Brynkir would have looked like circa 1900 © Ceri Leeder:

and floor plan by © Mark Baker for ease of reference: 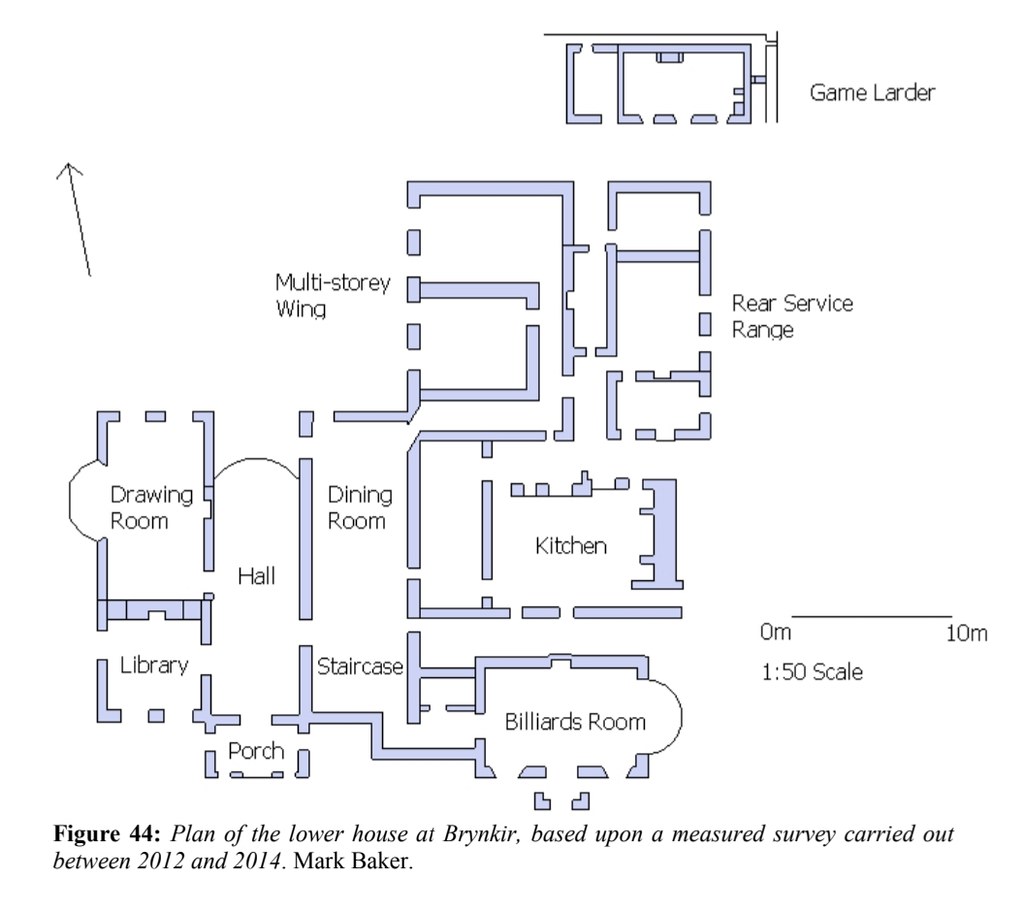 2. The Explore
Really emotional return to this old house. One of the first ruins I explored as a child with my dad back in the day, so it has a really special place in my heart. Haven’t been here for over twenty years or so it was nice to see the old girl again and get some digital photos of her.

Situated at the head of the beautiful Cwm Pennant valley, Brynkir isn’t visible from Google Earth and you need to know where it is. It's also miles from the village of the same name located on the main Caernafon to Criccieth road. These plus the fact that the ruins are a bit out of-the-way explains why this enchanting place gets very little traffic. Spent a very enjoyable early July morning navigating the foliage and scrambling over the stones to try and capture what is left of this once great welsh house.

The ruins are now really given over to nature. Looking back at the old pictures, bar the odd collapse here and there and the encroachment of the undergrowth, not that much has changed. The remains are not as spectacular as say the better-known Baron Hill Mansion, but what they lack in the 'wow' factor they make up for in the atmospheric stakes. As mentioned, they are now really overgrown and although getting to them isn’t such an issue, it is hard to physically get around them and photograph them, both from a perspective of getting a decent view and from a light perspective. Also a barbed-wire fence has appeared around the site since my last visit. However, I think this is more about keeping the sheep out rather than to deter would-be explorers.

One thing I didn’t do was go up the nearby hill to look at the tower/folly which has faired much better than the hall. It has been fully-refurbished and now provides high-end holiday accommodation.

Having scrambled down the bank this is the first of many arched doorways I came to. This one is from the former billiards room: 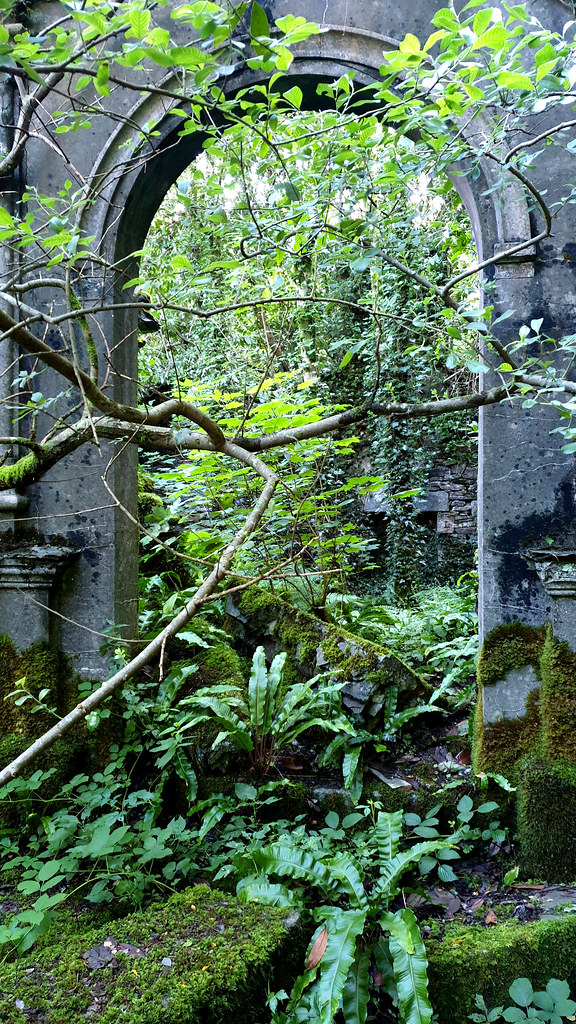 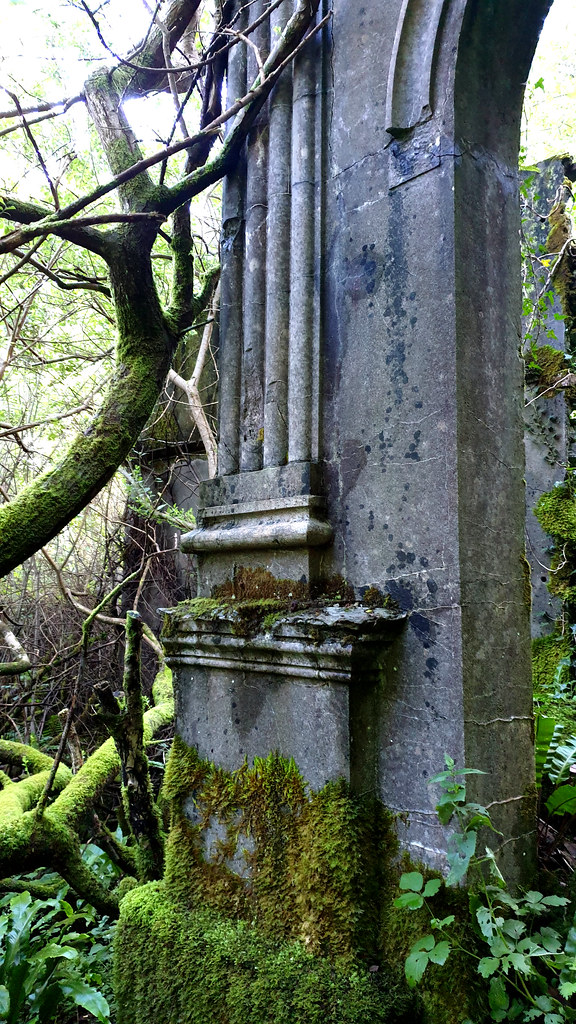 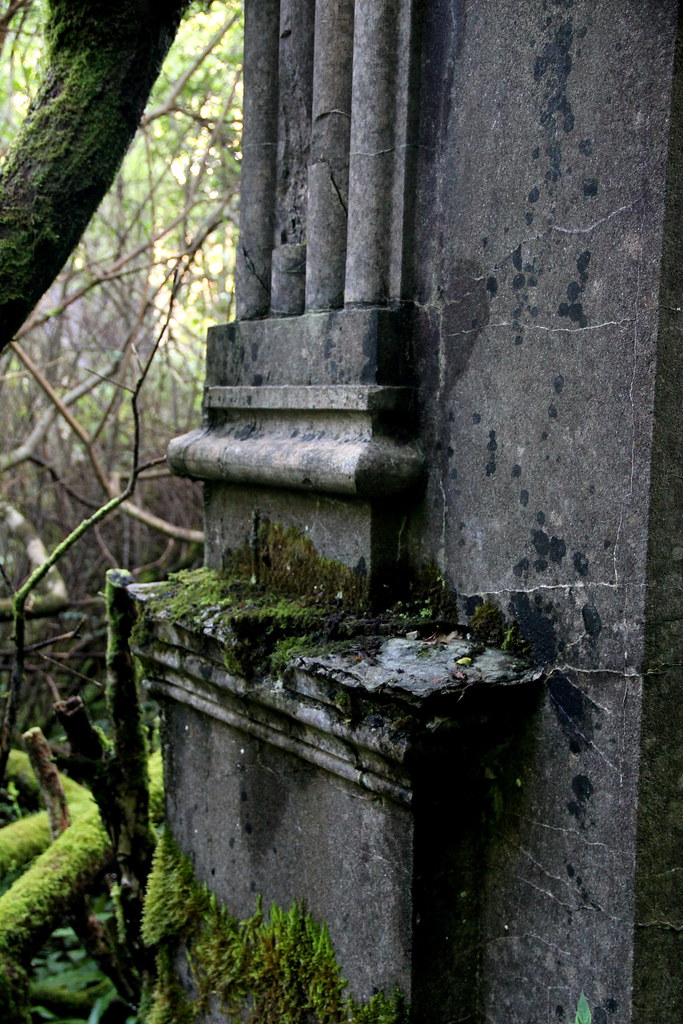 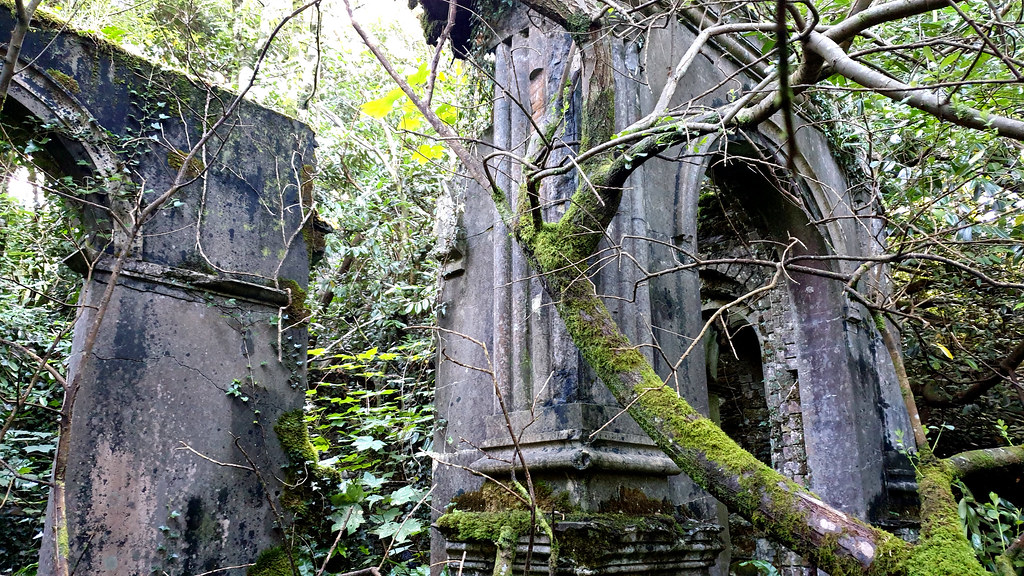 This part, the front porch, almost maintains its original height: 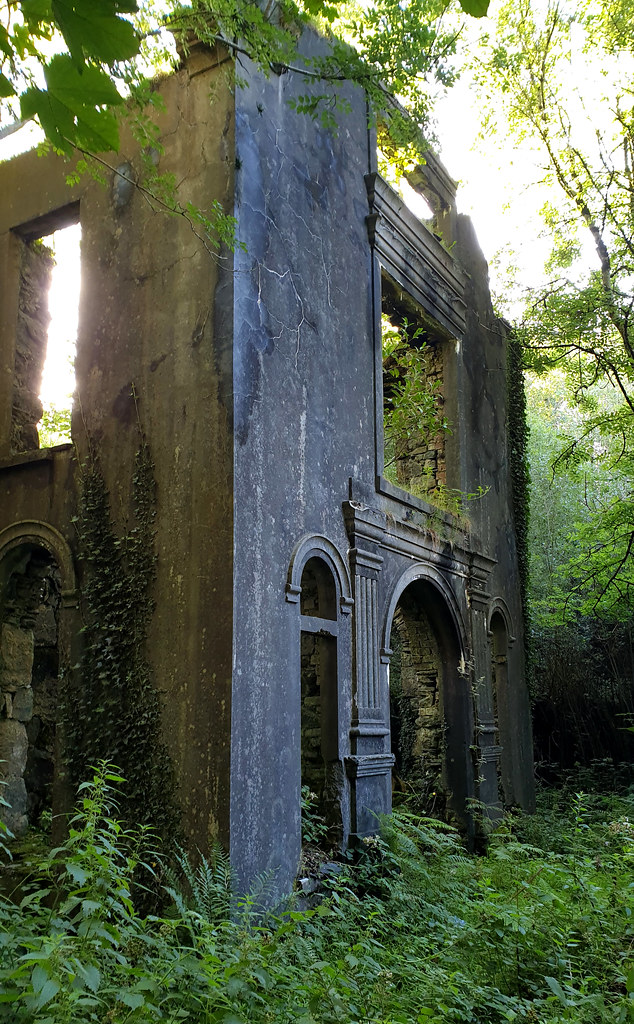 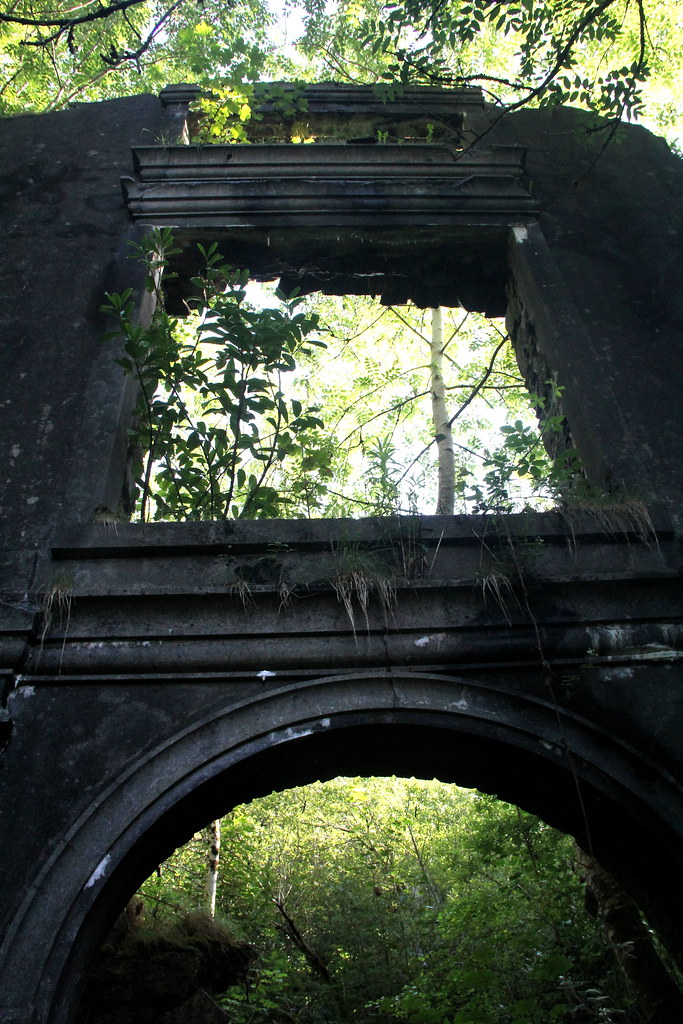 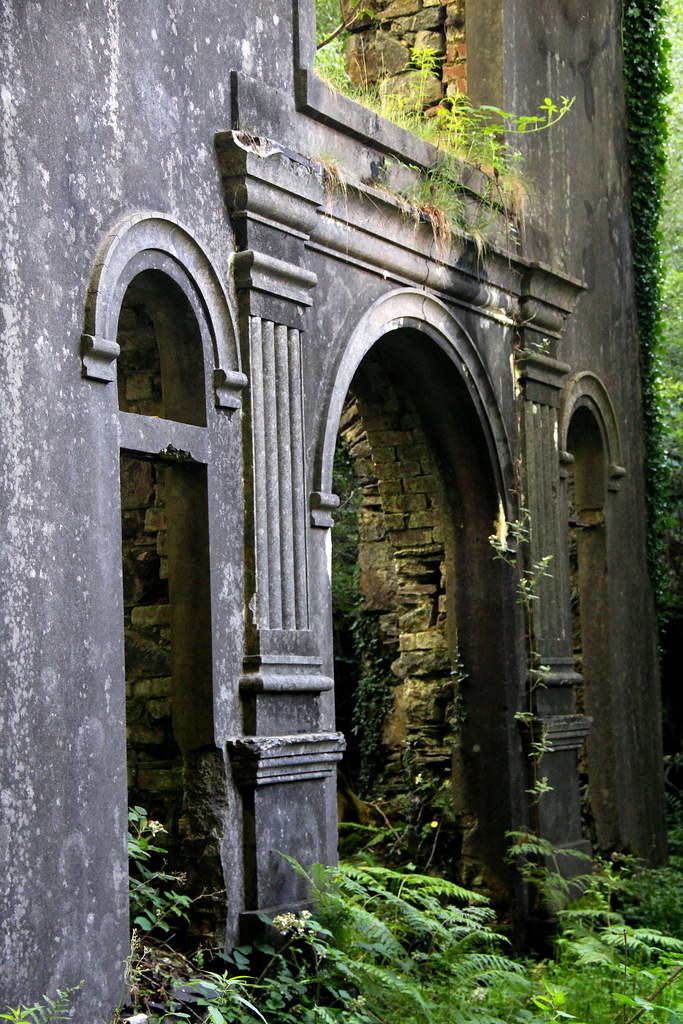 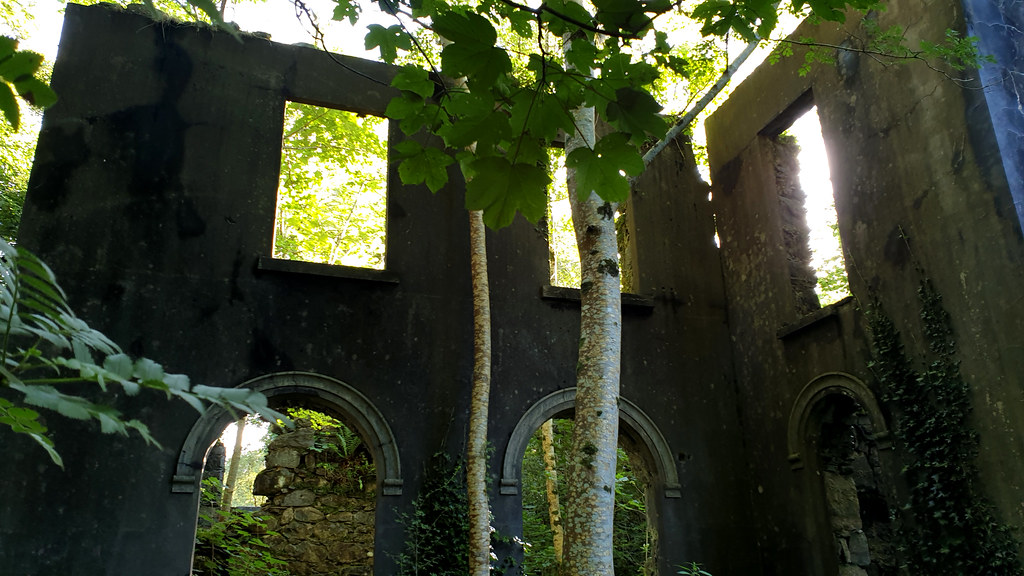 Round to the curved bays of the side of the house and the former drawing room: 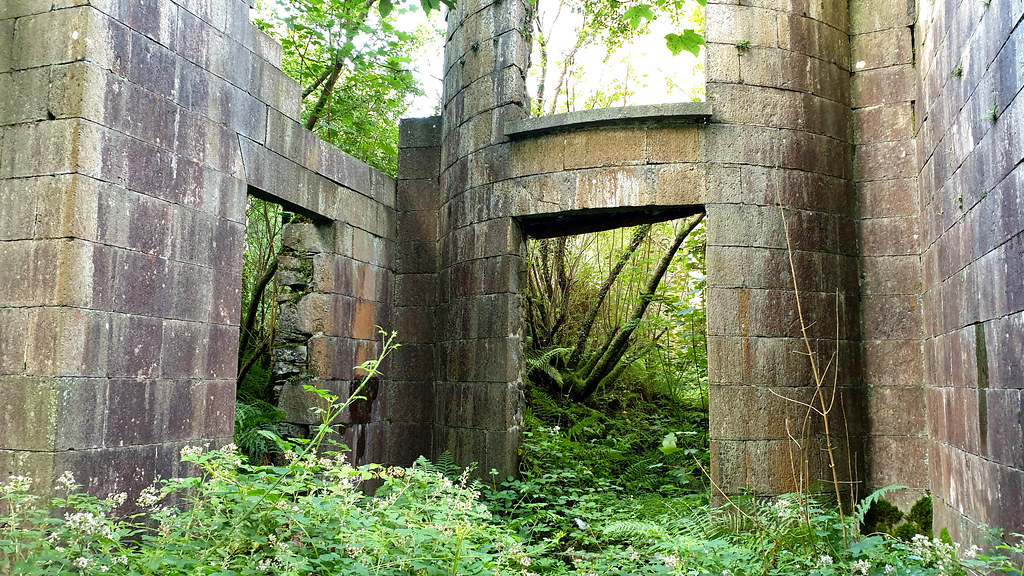 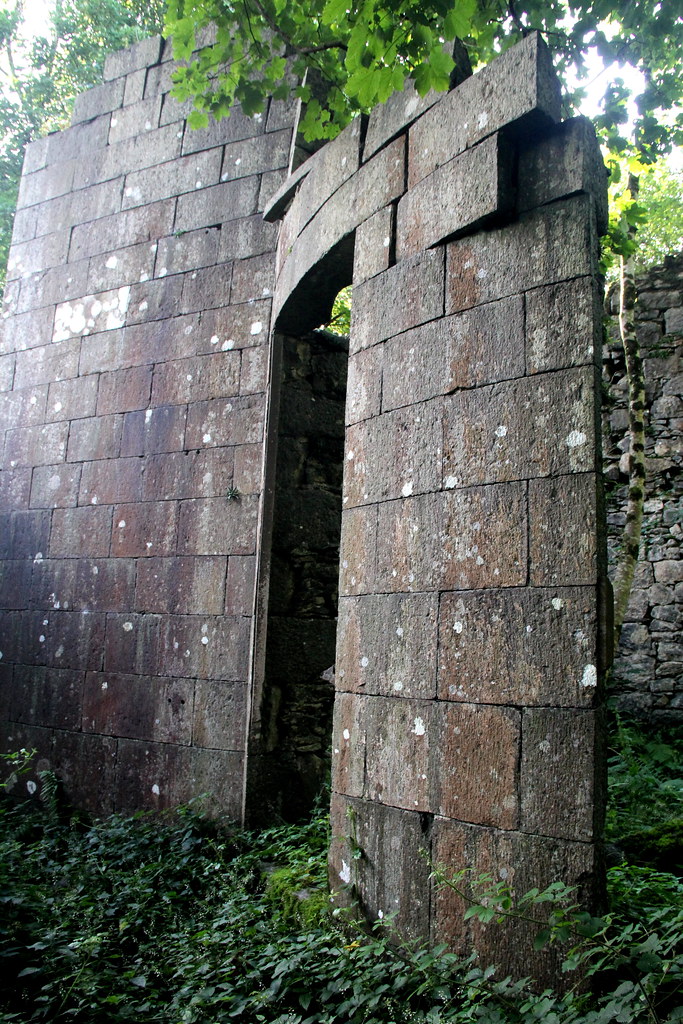 Some the building looks like bits will drop down at any minute: 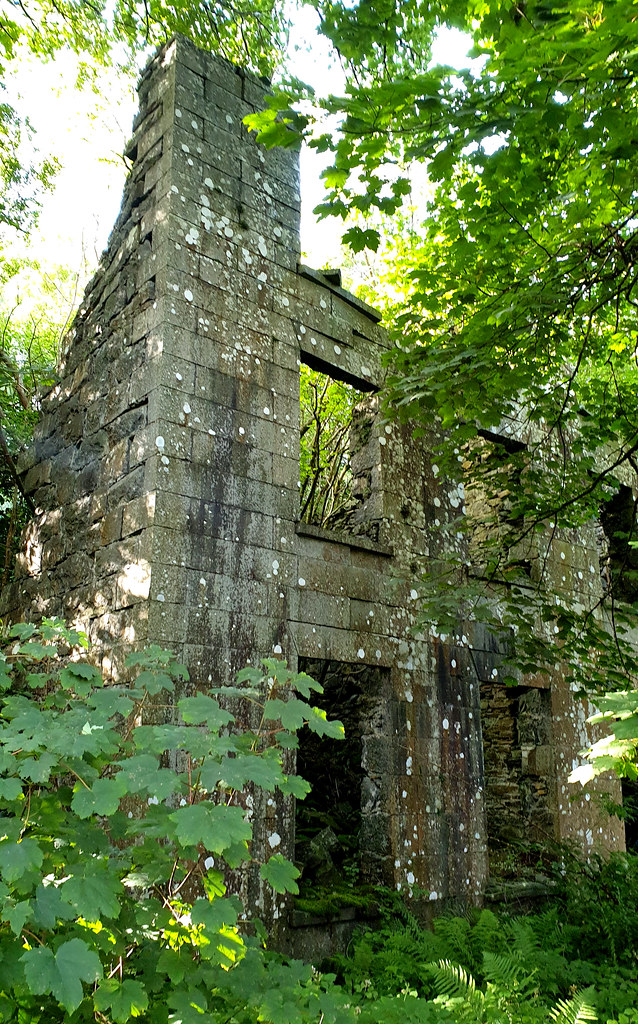 Inside it is completely overgrown: 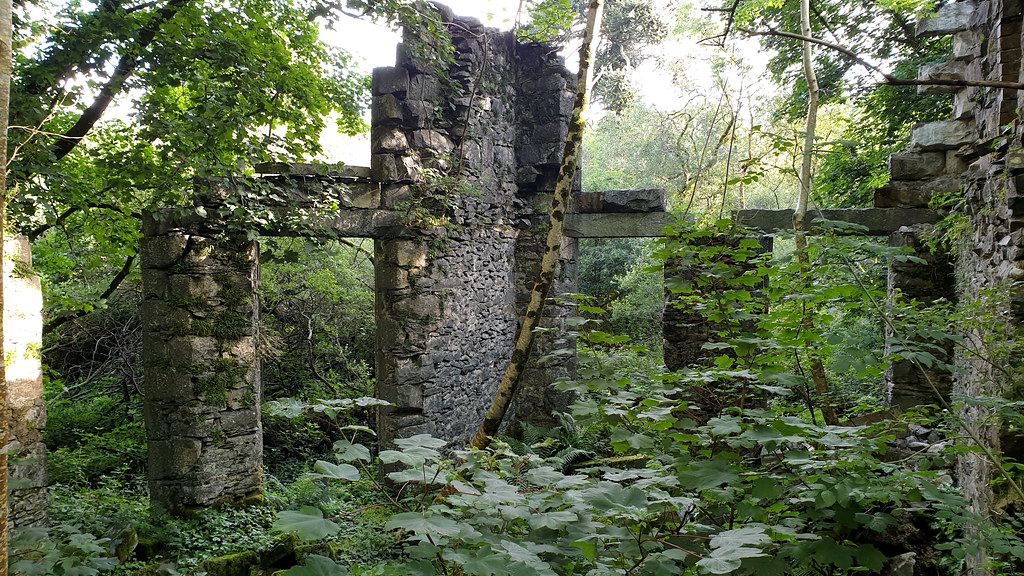 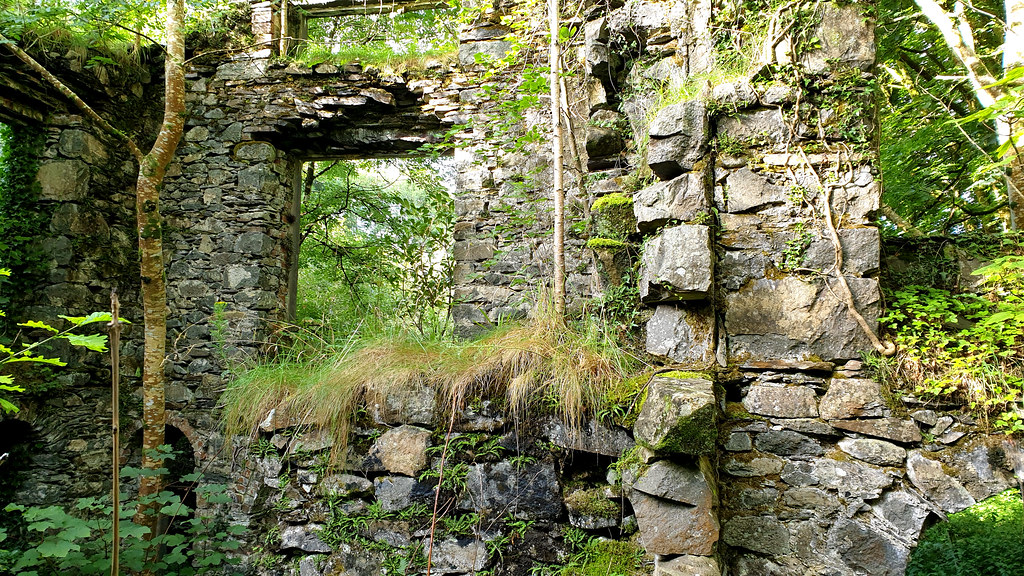 Looking out from the former porch: 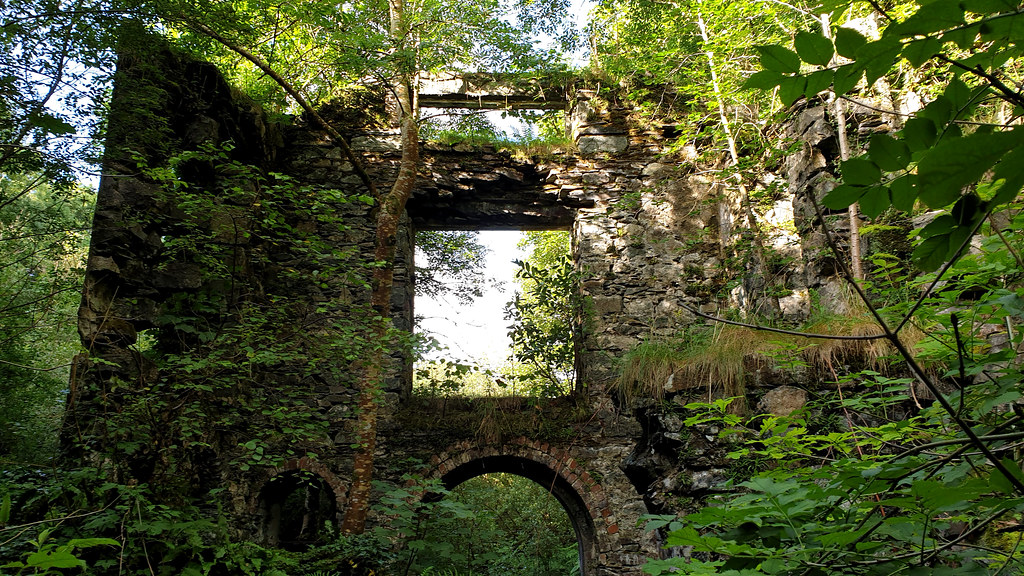 Wonder when the many of its large fireplaces, this one located on the second floor of the library, were last alight? 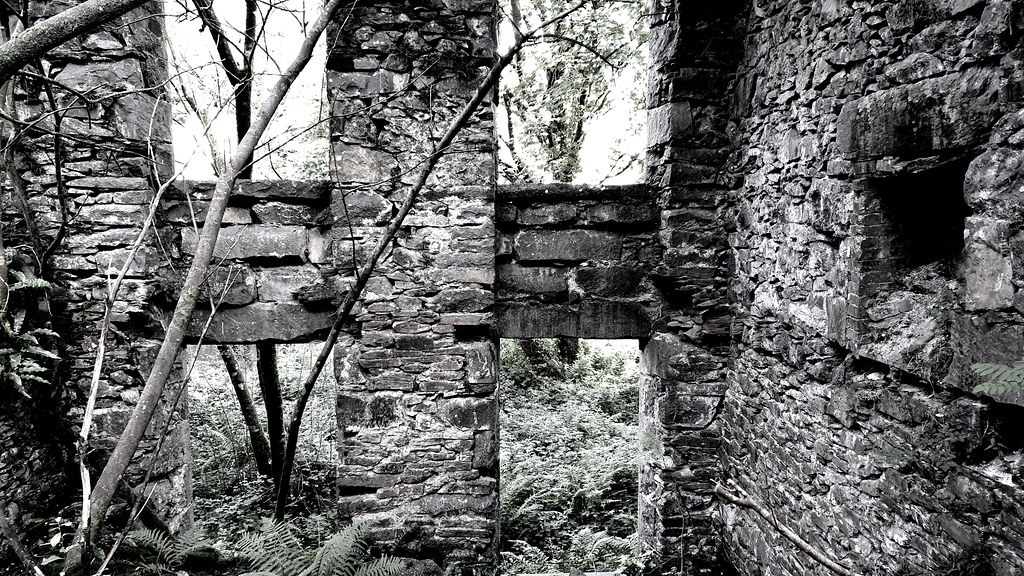 Really wanted to find these, the reminders that the hall was commandeered by the Ministry of Works as a POW Camp when fifty German Officers arrived in 1918. Theses bars are just to the north of the kitchen: 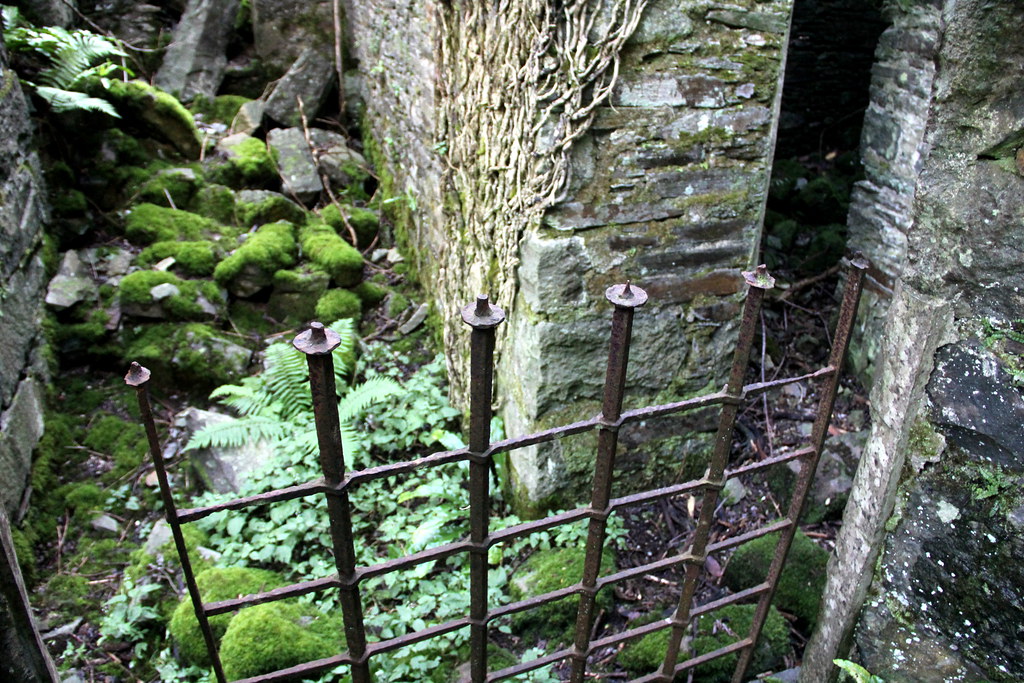 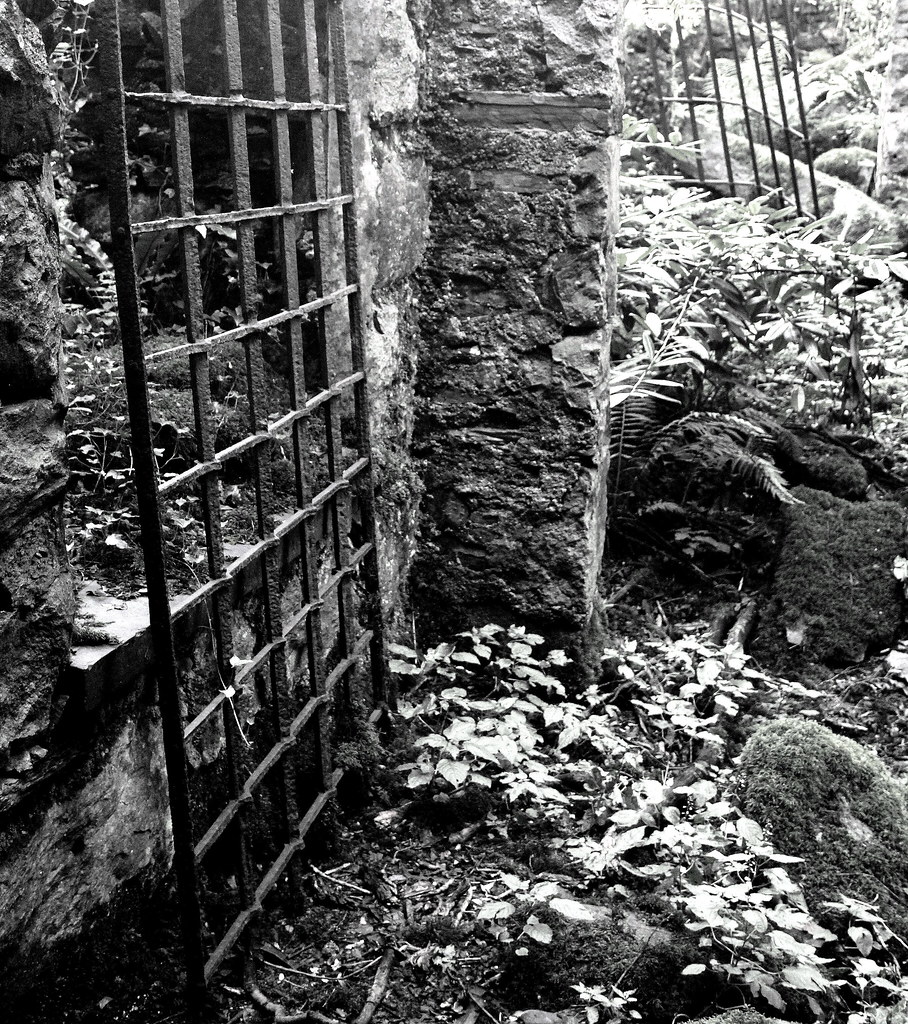 And finally, the great fireplace in the hall’s kitchen: 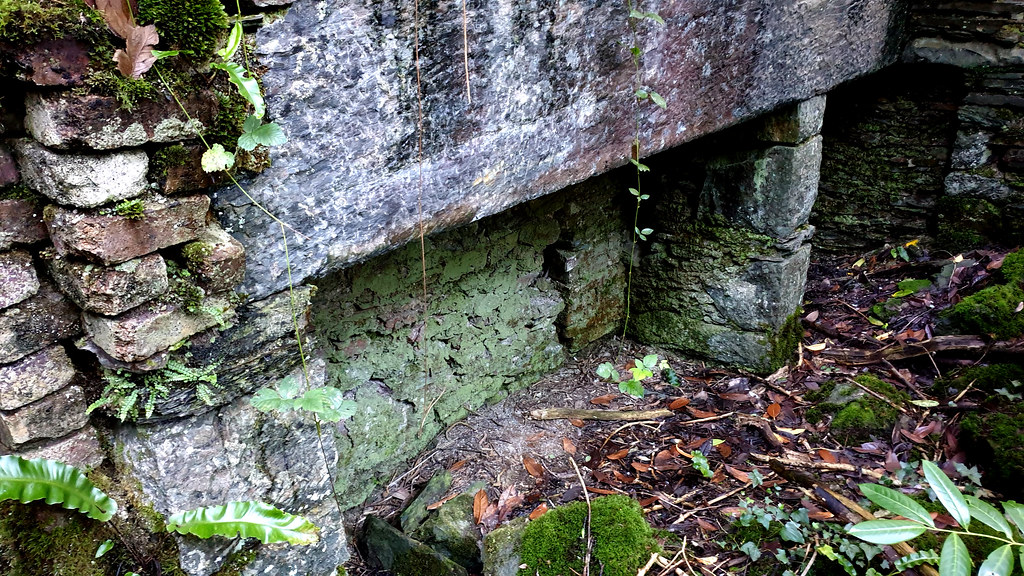 Regular User
Really nice update. Its such a shame the house went this way. Those floor plans are interesting, you can see both front entrances still standing. Nice to compare. love the fact they planned exclusively for a game larder. Chilled explore.

Calamity Jane said:
Really nice update. Its such a shame the house went this way. Those floor plans are interesting, you can see both front entrances still standing. Nice to compare. love the fact they planned exclusively for a game larder. Chilled explore.

Cheers @Calamity Jane Yeah - really glad I found the floor plans. Helps to make sense of the place given it is so overgrown.

28DL Full Member
This is great, love the history and the pictures looks like a great explore


Toriii said:
This is great, love the history and the pictures looks like a great explore
Click to expand...