The notorious theatre architect Bertie Crewe designed the Burnley Empire Theatre, which opened on Monday 29th October 1894. If you’ve been in one or two of Bertie Crewe’s theatres, you might have an inclining which ones he designed without doing any research. Not that I am saying they’re very similar. Oh no, I’m sure they’re all very different in some minor respect. "Oh you want me to design a Theatre. Of course I can do this for you for a large amount of money. I think I have just the thing..."

The theatre was originally designed to hold a capacity crowd of 2,100 and was reconstructed in 1911 to contain the two curved balconies. In its early days the theatre offered a variety of performances including the reptile queen. A lovely lady who played with snakes and alligators. Infamous stars like Houdini and Chaplin. And Dr Wilford Bodie, who liked to electrocute audience members in a specially built chair and who almost certainly would have got his faced smashed in had he tried that shit today.

1938 saw the conversion of the theatre to cinema at the hands of architects Lewis and Company. The seating was reduced to 1808. It closed its doors in the 60’s, but was reinvented, as most theatres seemingly were, as a Bingo Hall. Happily, the conversion of Burnley Theatre didn’t turn it into a purple and pink monstrosity, and it still retains some of its charm. Bingo fell out of favour in 1995, when the building closed its doors for the last time.

The building is grade II listed and – for reasons which are painfully apparent to everyone but the Burnley Empire Theatre Trust – on the Theatres Trust at risk register. And that’s because it’s properly fucked. Anyone in there should be on an at risk register for their visit and that brings me nicely to out mooch…

This was the second explore of the day of the Big Manchester Meet, which started fairly early. @albino-jay and I had met up with @The Stig and @AuntieKnickers to take in some local derps ahead of the draining, too many beers later and roof topping that lay in wait. I was already covered in pigeon shit from the first explore and both Albino and Stig had ripped their trousers and were walking around doing their very best elephant impressions.

In terms of getting in, everything was easy enough. No real fun to be had there. However, staying alive while we were in there was, as anyone else who has been will know, where the fun began…


We started up the balconies from the lower lounge to the next level up. 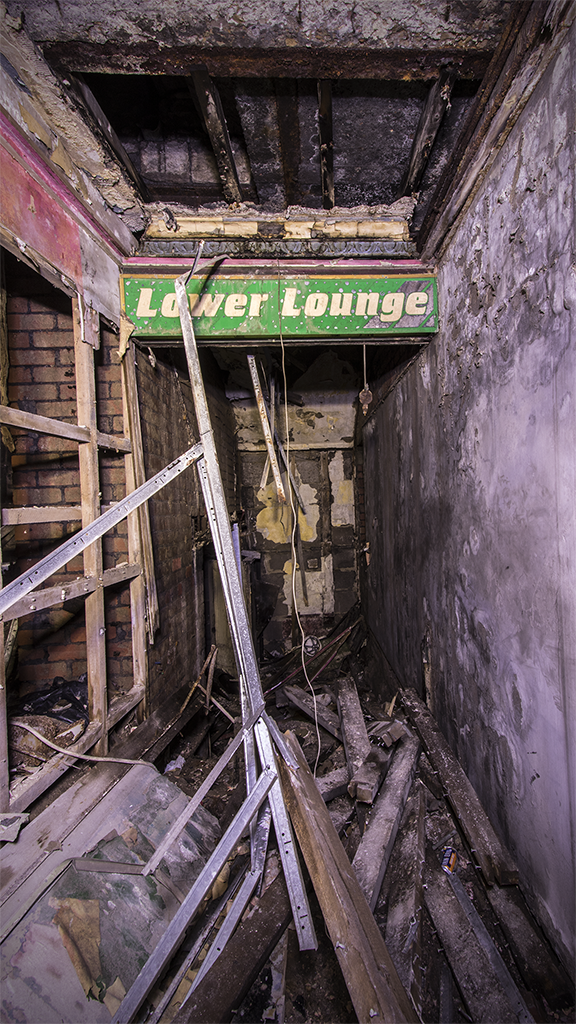 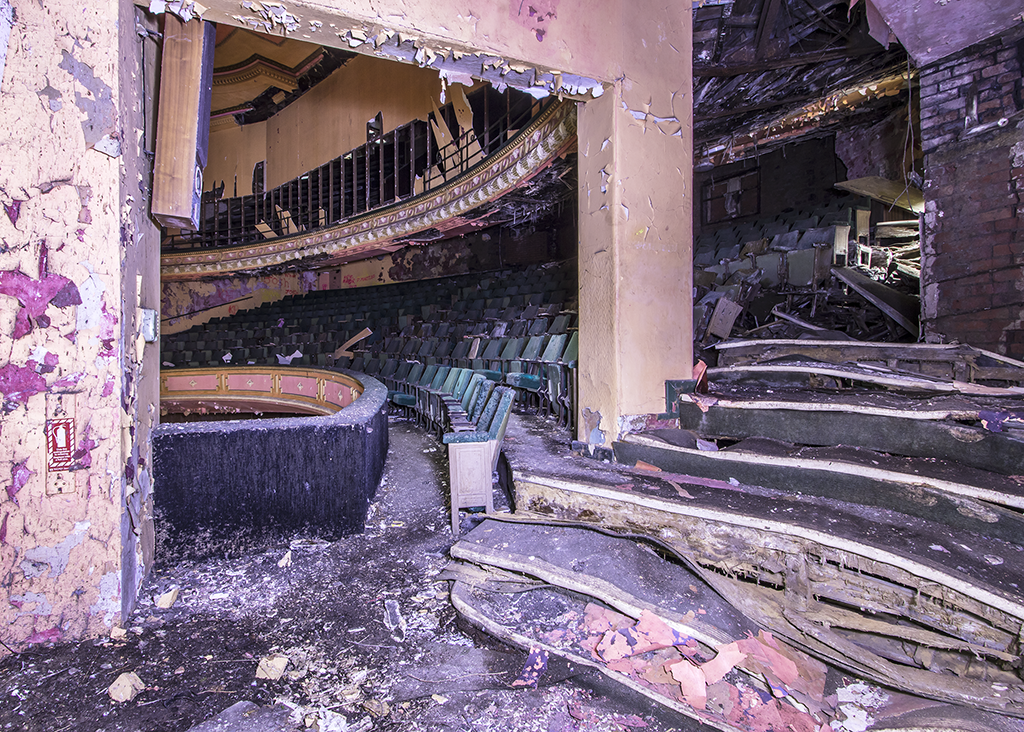 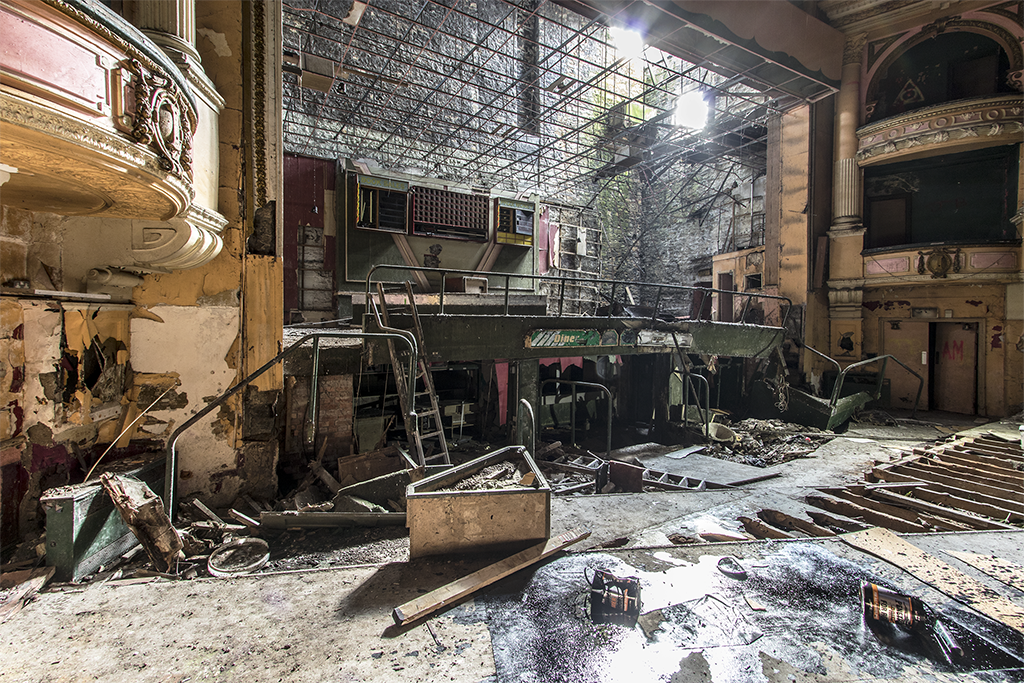 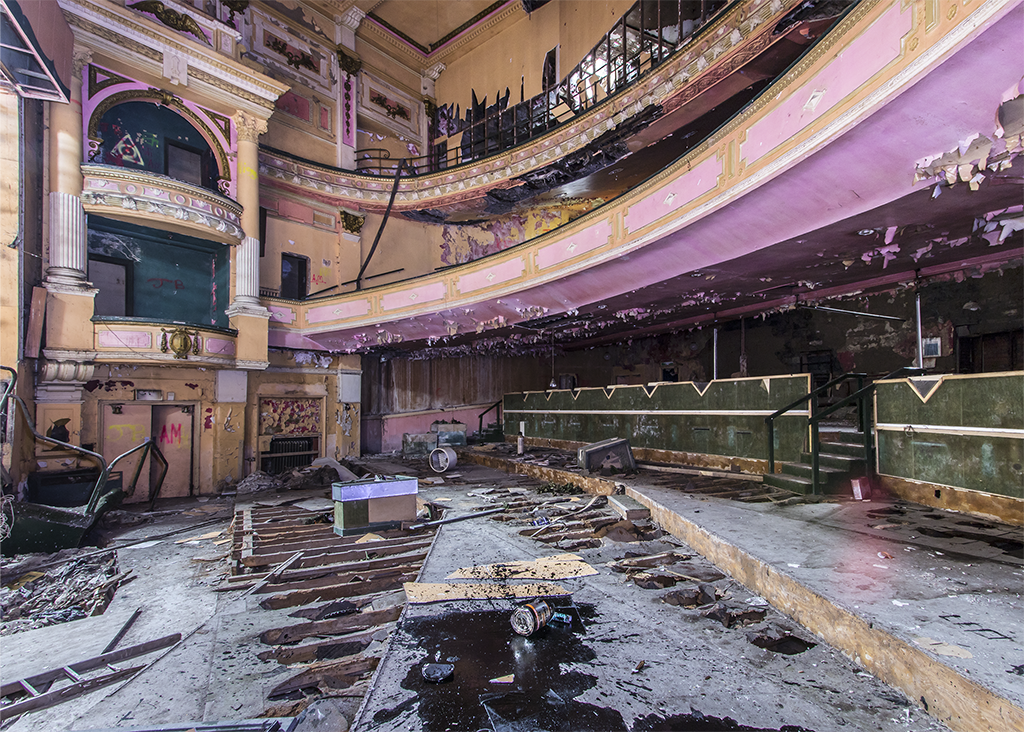 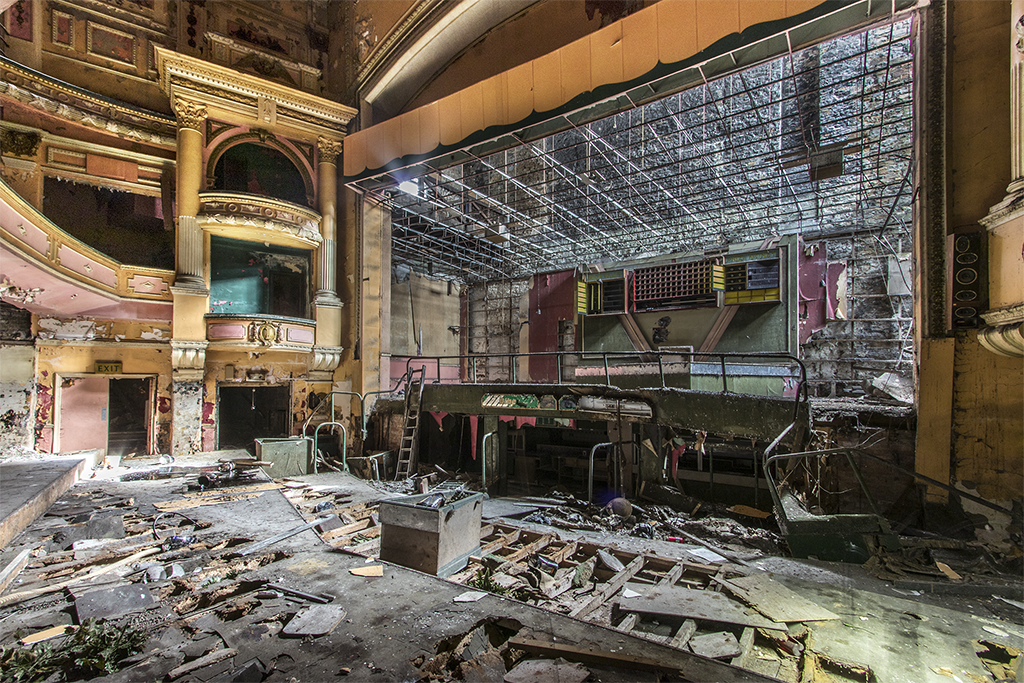 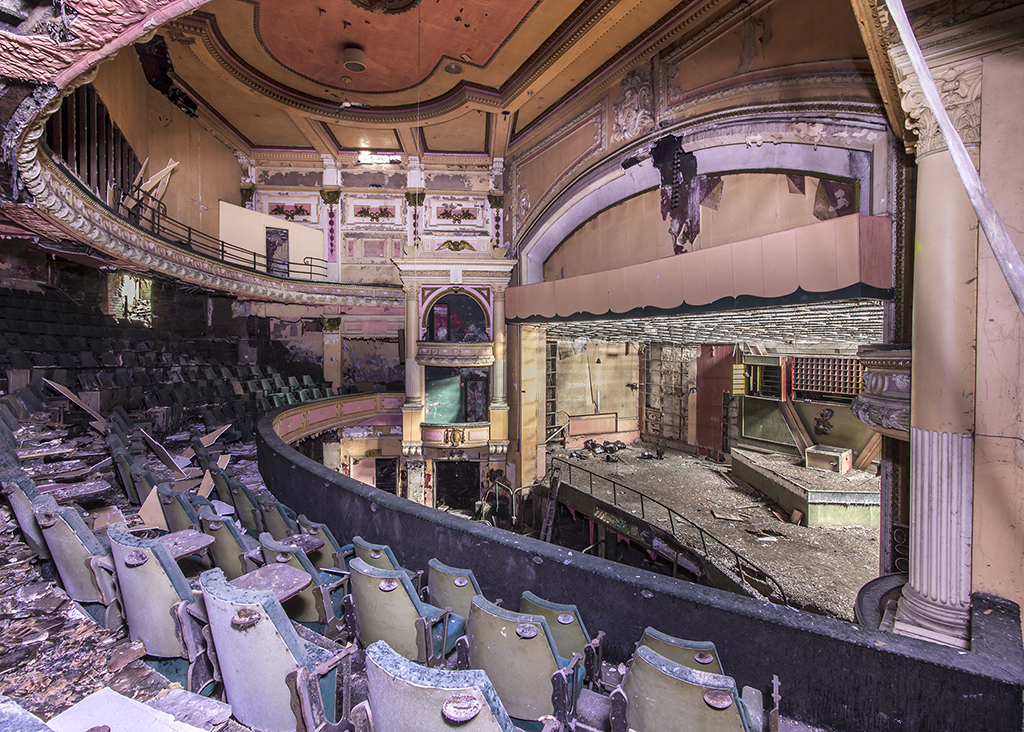 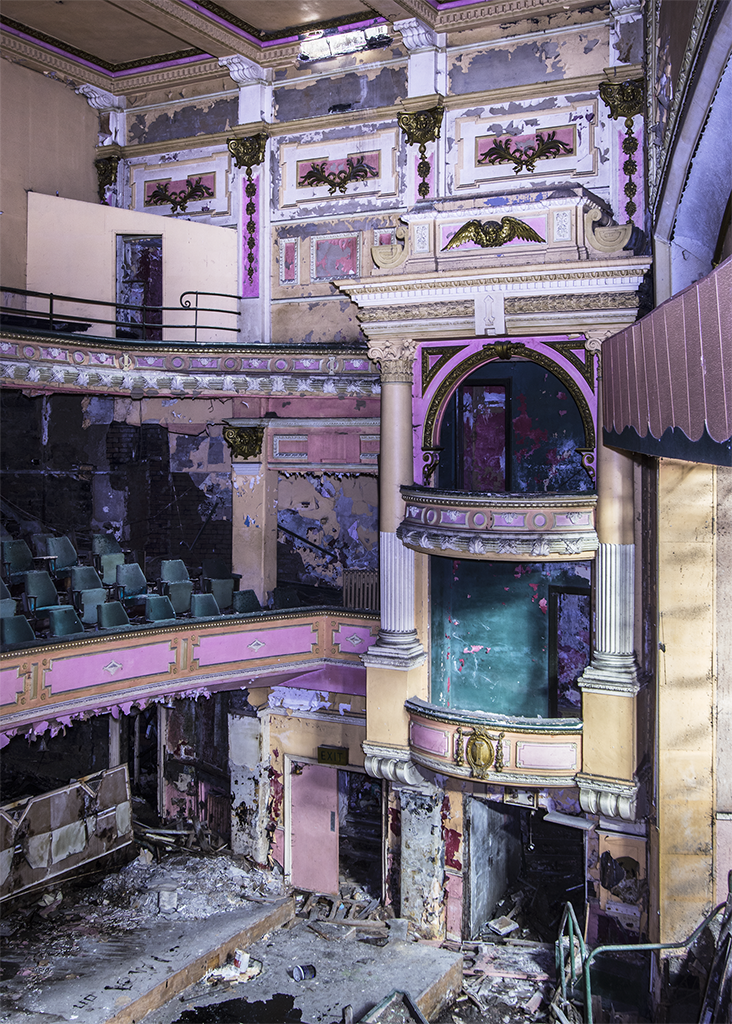 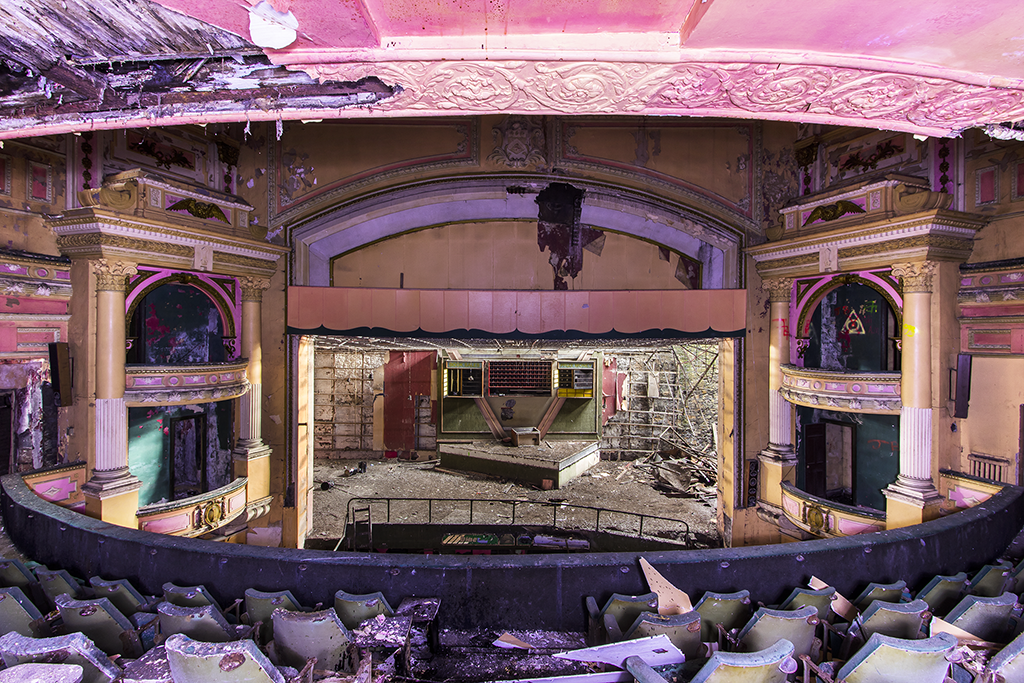 Group Shot - In Your Projector Roomz - getting to this was like an obstacle course created by death. 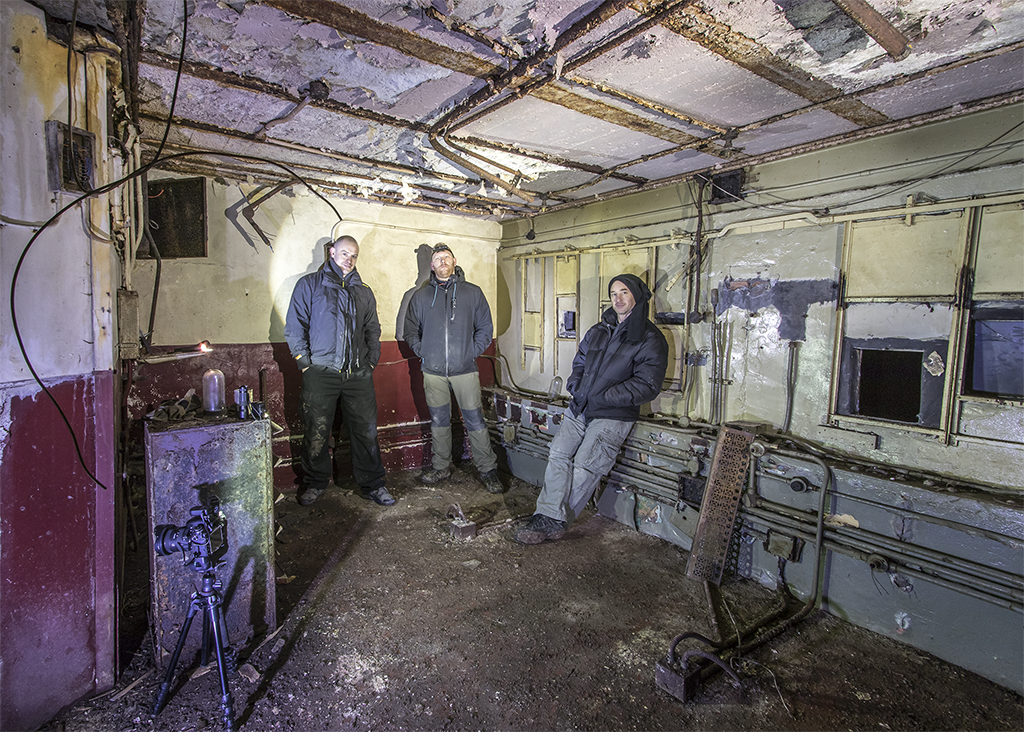 Hope you enjoyed the report as much as I enjoyed not dying.

Regular User
Not seen this for ages, great work. Last I hear the cgroup that owned it had multiple cameras and sensors, but I guess that was just a lie, well in lads

Staff member
Admin
Still looks to be in good shape, although I wouldn’t go climbing down the bingo board anymore

Save the empire eh, think someone needs to have a chat
Ojay@28dayslater.co.uk‏​

28DL Full Member
Fuck me that looks dicey as shit, love to do something like that.

Regular User
Always like the look of this, and these pics are ace!
https://analogparalysis1978.com​

Regular User
Not seen this one for a while, had been welded shut on my one venture to Burnley.
I'm not from Birmingham.
I don't know where 'Hunters House' is.​

Regular User
Glad to of finally got it done. Top pics mate and another cracking day out

28DL Full Member
The place is in a hell of a state now. cant be long before a big collapse in there now.
scrappynw.com
flickr​

Regular User
Cheers everyone. Sorry for the late reply, it fell off my radar!

It was a good mooch. I love the old theatres, but yeah, this is very dicey in some areas.

Haha, no point in this one torch - not enough GoPros knocking about to film the fall.

28DL Full Member
Just the right amount of decay for your excellent pics, I'd call that one a 'JAS' (just about saveable)

Splorex said:
Just the right amount of decay for your excellent pics, I'd call that one a 'JAS' (just about saveable)
Click to expand...