Regular User
It's been a very long time since I last had an entire weekend out exploring. So long in fact that I think my last full dedicated weekend trip was way back in 2019. Life and changes in working and circumstances and, to be honest, a general lack of enthusiasm recently has somewhat put the kibosh on any major trips however I have always loved exploring in Wales and any excuse to go there is one I will take. It had been almost exactly a year since I last explored with @Landie_Man so a plan was hatched to have a cheeky weekend away exploring stuff in South Wales, which turned into a pretty entertaining weekend of surprise police encounters, terrible weather with it's resulting flooding, and mechanical issues on the way home.

This place I had pinned ever since @Lenston did his excellent report on it earlier this year, I love these sort of places - dirty grimy small-ish scale British industry is one of my greatest loves - and this one ticked many boxes for me.

This Late 1930’s engineering works was originally part of the munitions manufacturing in Cardiff in WW2.

This area was just the muddy banks of the tidal Taff before it was reclaimed and a timber pond built in 1890s. Timber ponds were used to store imported timber for pit props etc. The pond was drained in 1937/38 and land reclaimed proper. Around ten large structures were built and used as foundries, factories, engineering works etc during the second world war to manufacture all sorts of metal products, including munitions and tank components. Most of these were owned by the Curran family of businesses who had set up 'Edward Curran Engineering Co' in 1903 at Hurman Street, not far from Clarence Bridge.

"In 1915 Curran's converted a building next to their iron foundry into a plant for manufacturing shell casings. Production of brass howitzer shell casings started in 1916, continuing until the end of the war with over seven million 41⁄2‑inch shell casings produced. After the First World War the business diversified and it products included enamelled metalware. These were manufactured using the staff and equipment previously used for shell casing production. By the 1930s Curran's was virtually the only British company with significant munitions manufacturing capability, and it took a leading role in the British re-armament" (wiki)

Soon after the Second World War, some of these new buildings were surplus to Curran's needs, so they were sold on.
This building was taken over by 'Renold Chain' in 1947 to manufacture sprockets.
"The upper part of both buildings were offices. Pattern shop, canteen, chauffer's garage & boiler house below. The factory was fully open inside with a common walkway running down the middle (under the roof valley). Bottom left part of factory closest to the river was heat treatment with fenced off areas for each department inside. I trained as a Turner/Toolmaker but worked in every department as part of my apprenticeship"

"During my time, it was known as Renold Gears, Renold Power Transmission, Renold Couplings, Clutches & Wheels to name a few."
(These two quotes are from an ex employee on facebook)
Click to expand...

A very excellent wander for someone with a passion for things like this, with plenty to see inside if you poke around well enough. Unfortunately for myself I realised when I got into the darker areas that my light was fast running out of battery charge so the light painting became a little ropey in areas! Demolition gear is munching it's way through various adjacent sites so I don't reckon this one will be too long for this world if it keeps advancing at pace. 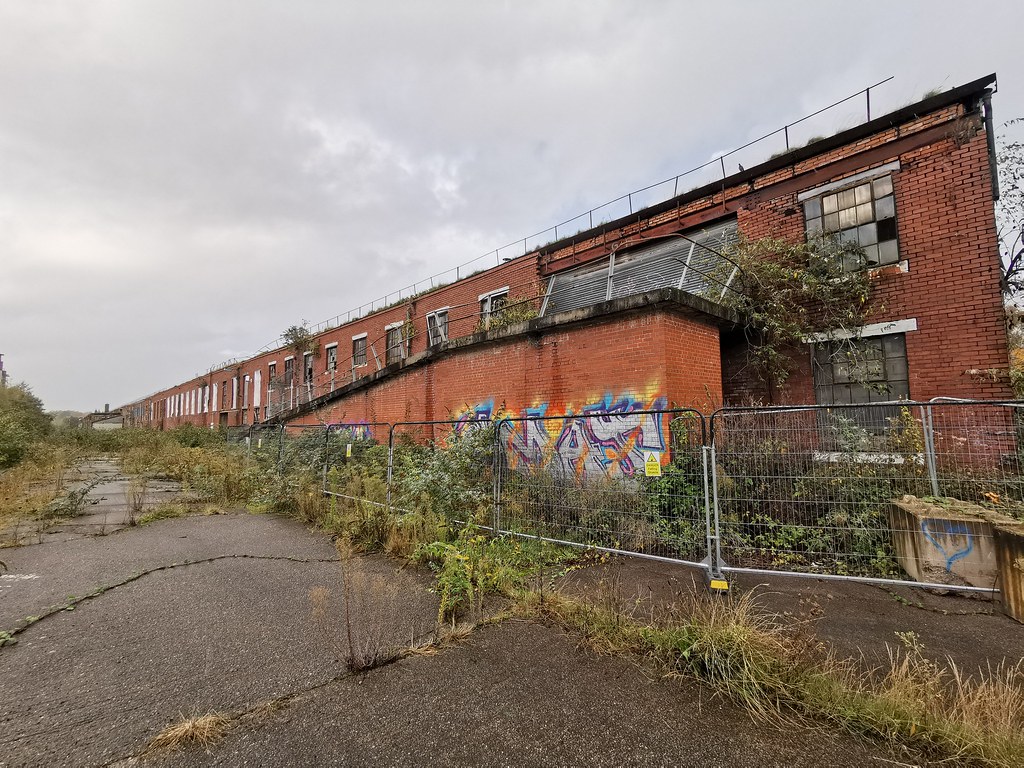 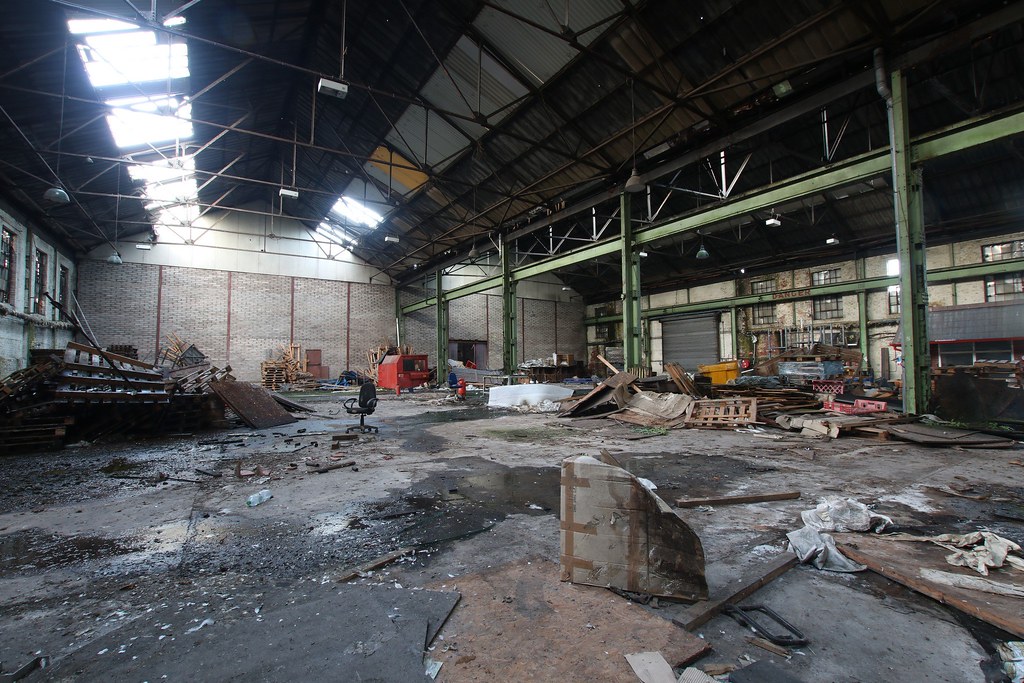 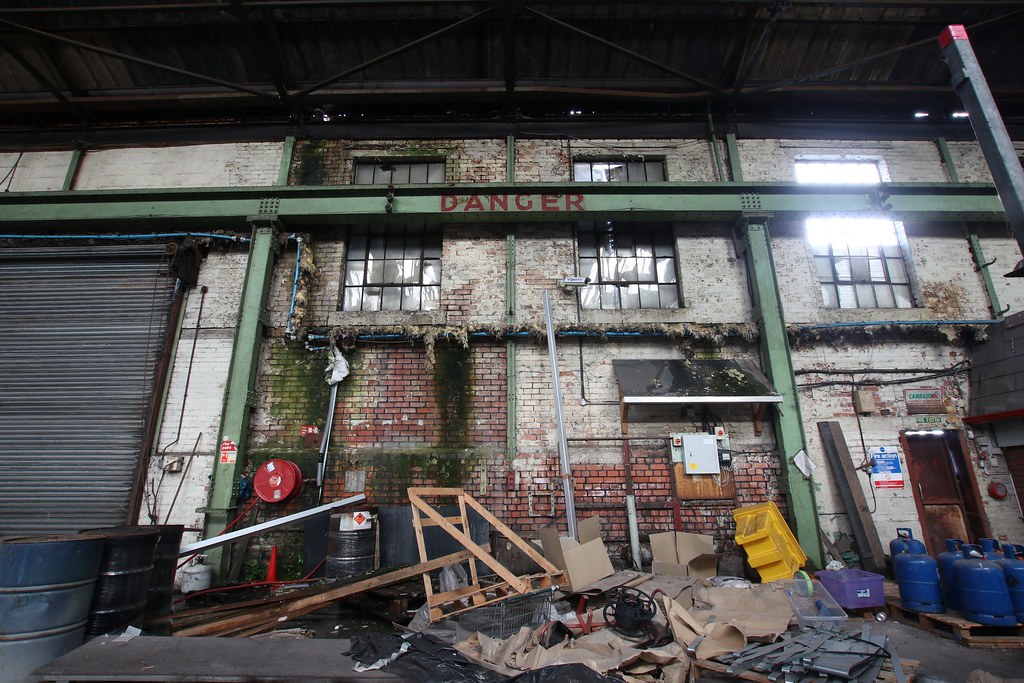 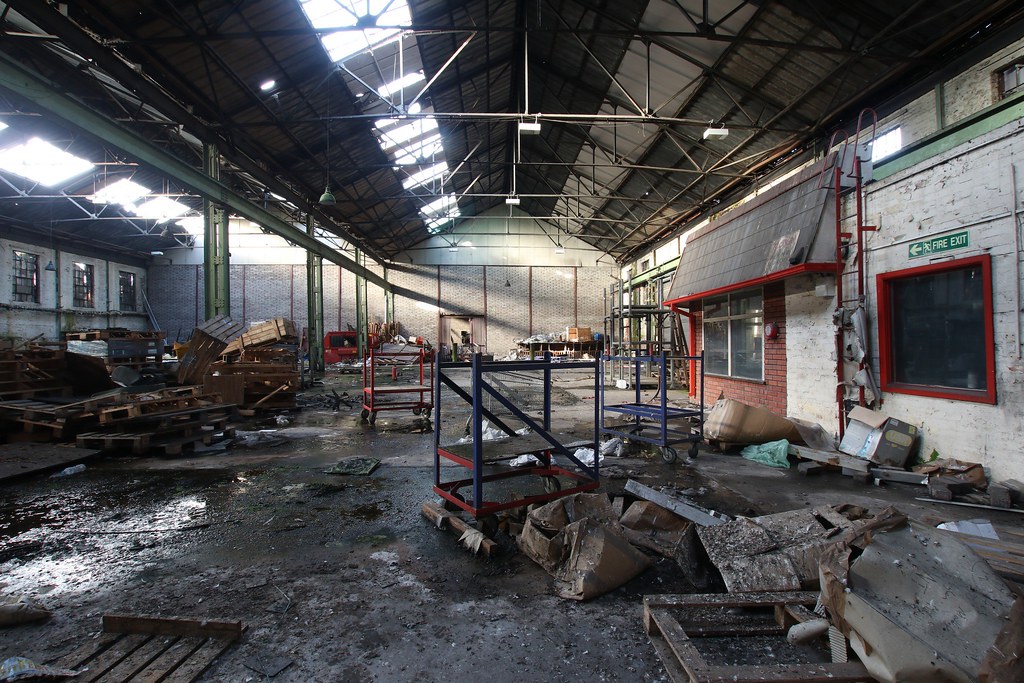 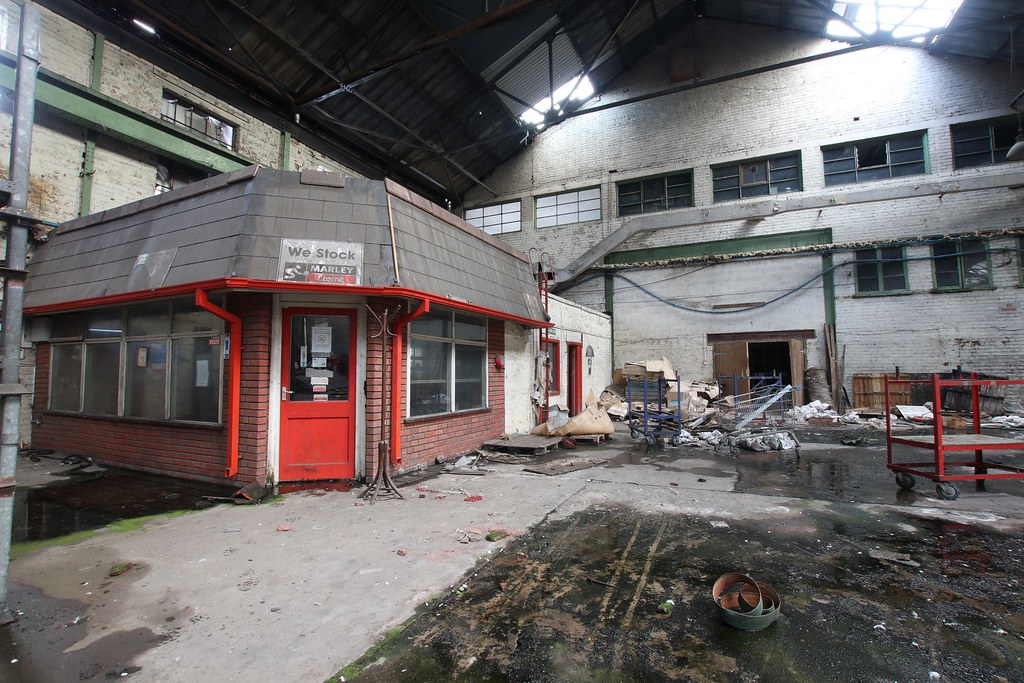 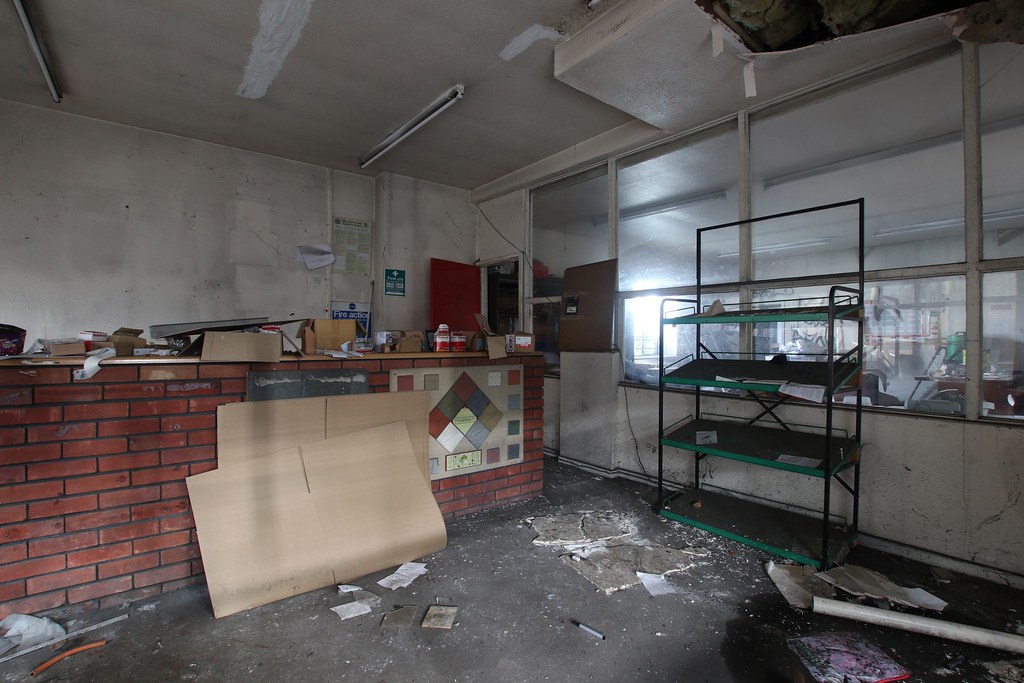 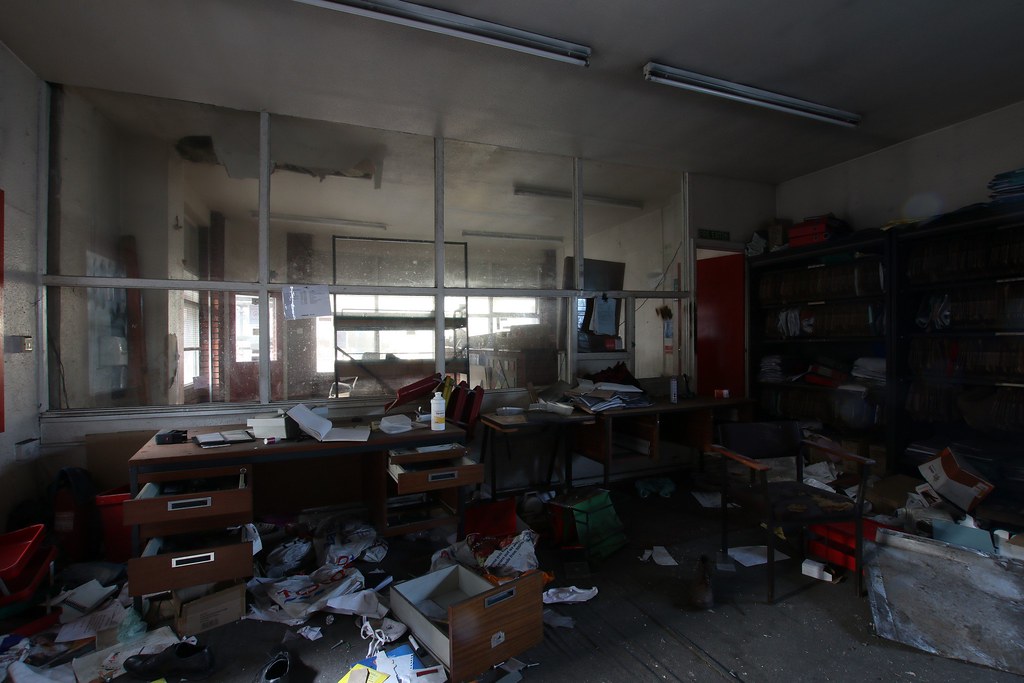 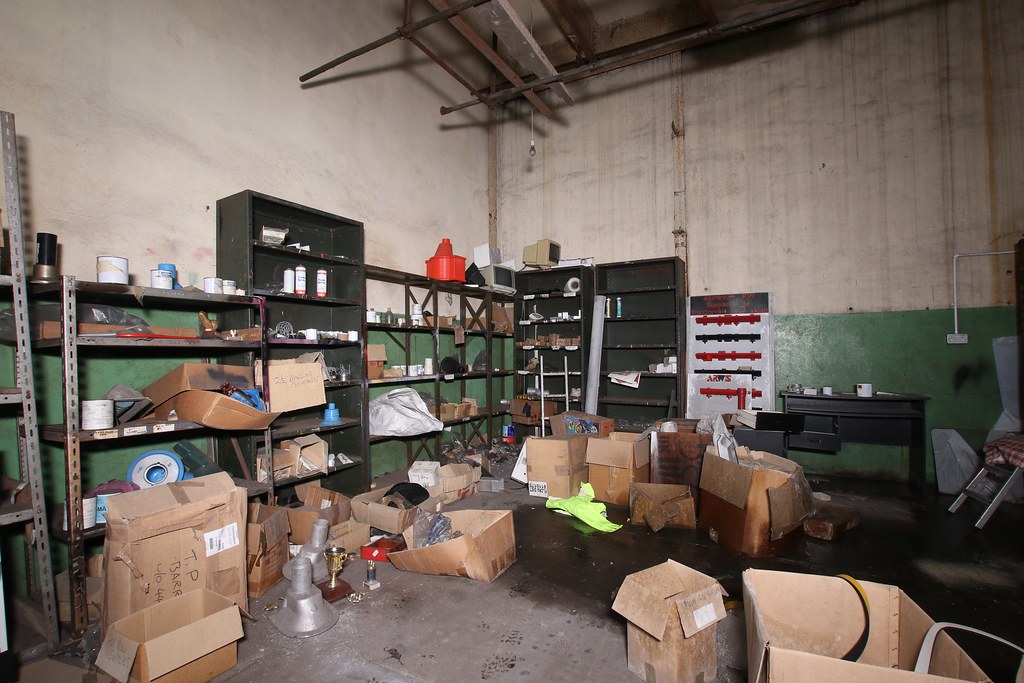 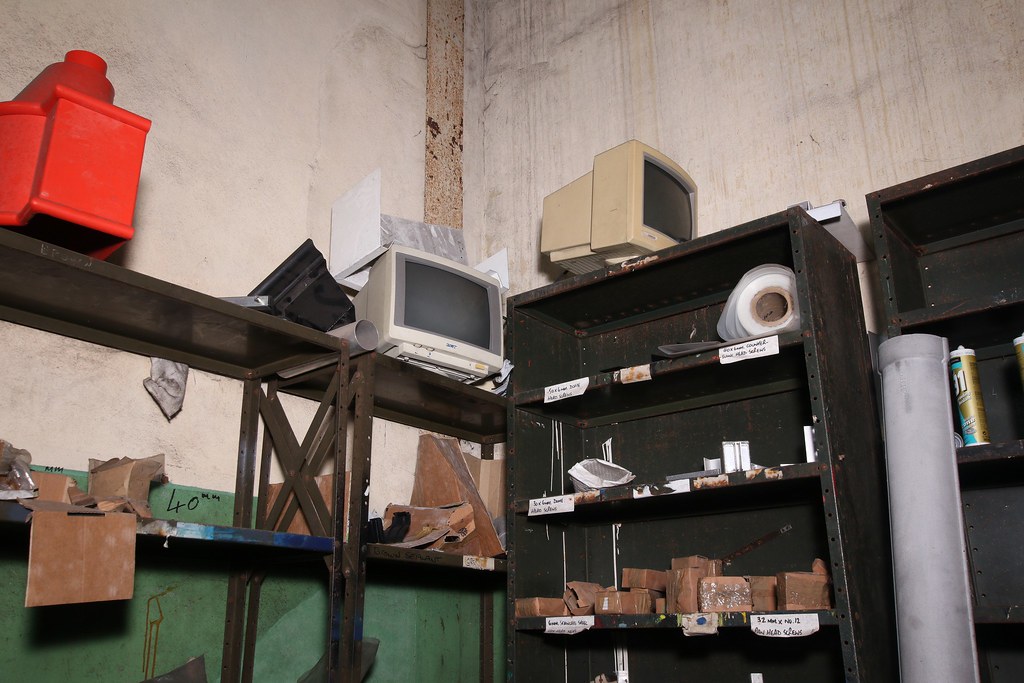 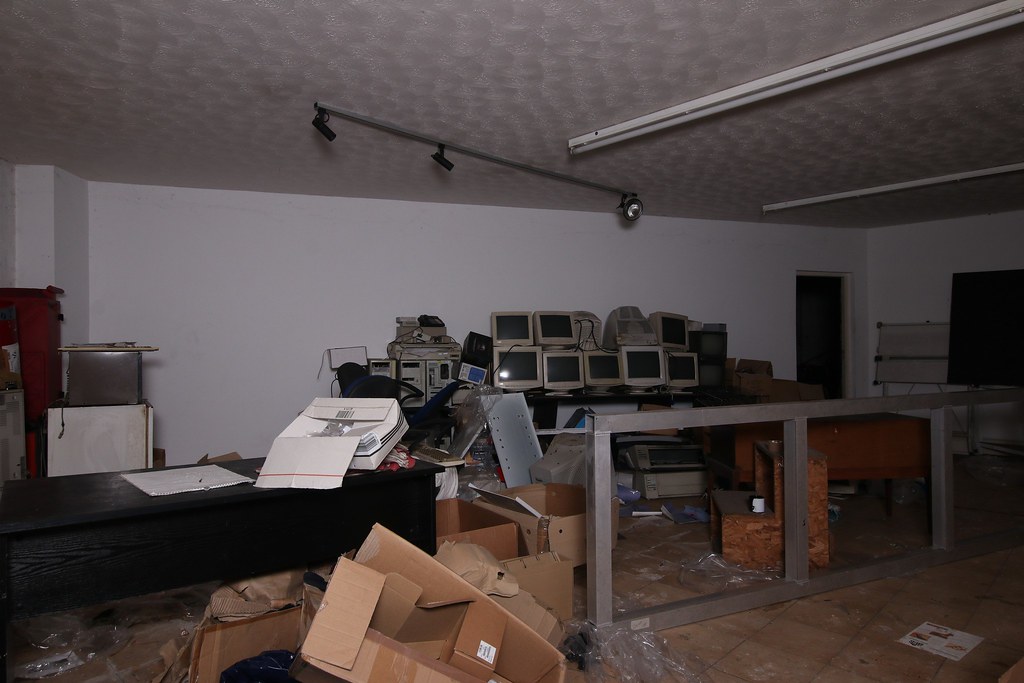 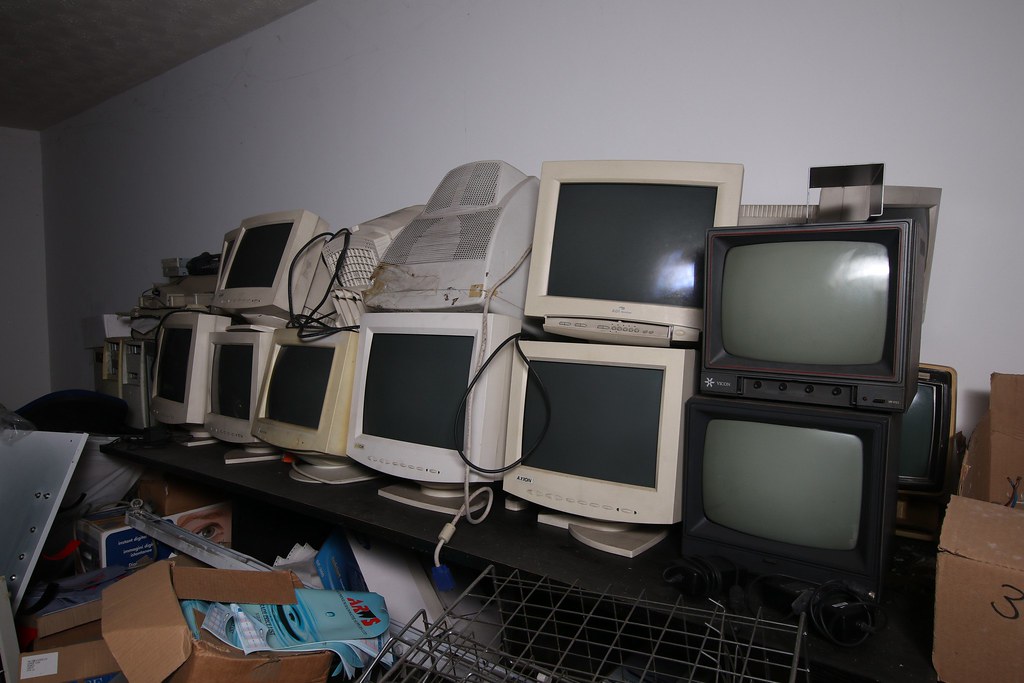 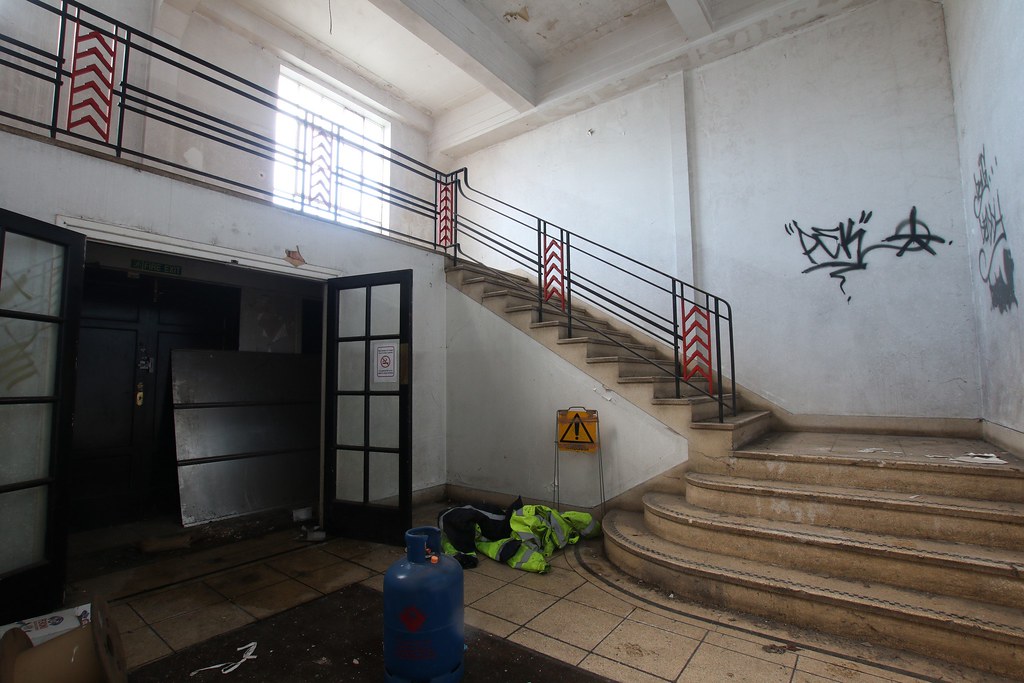 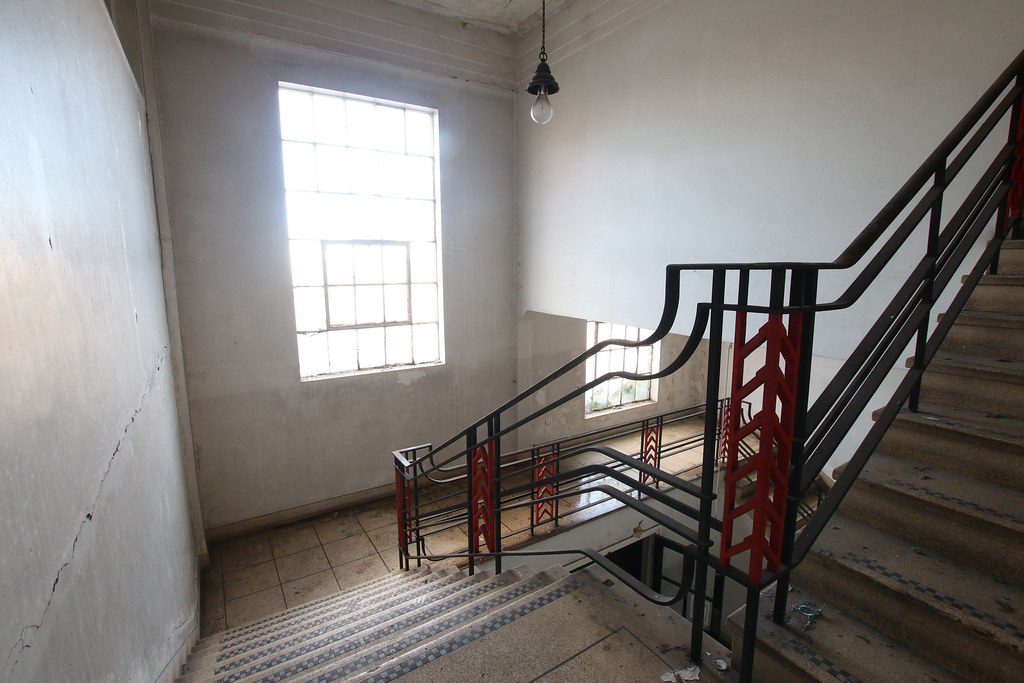 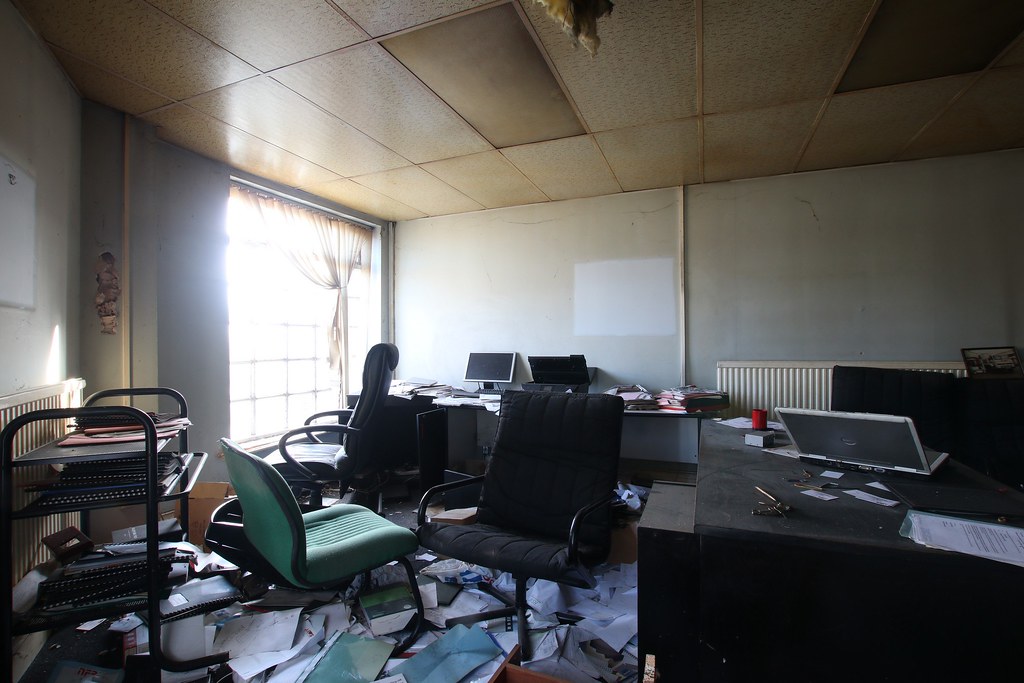 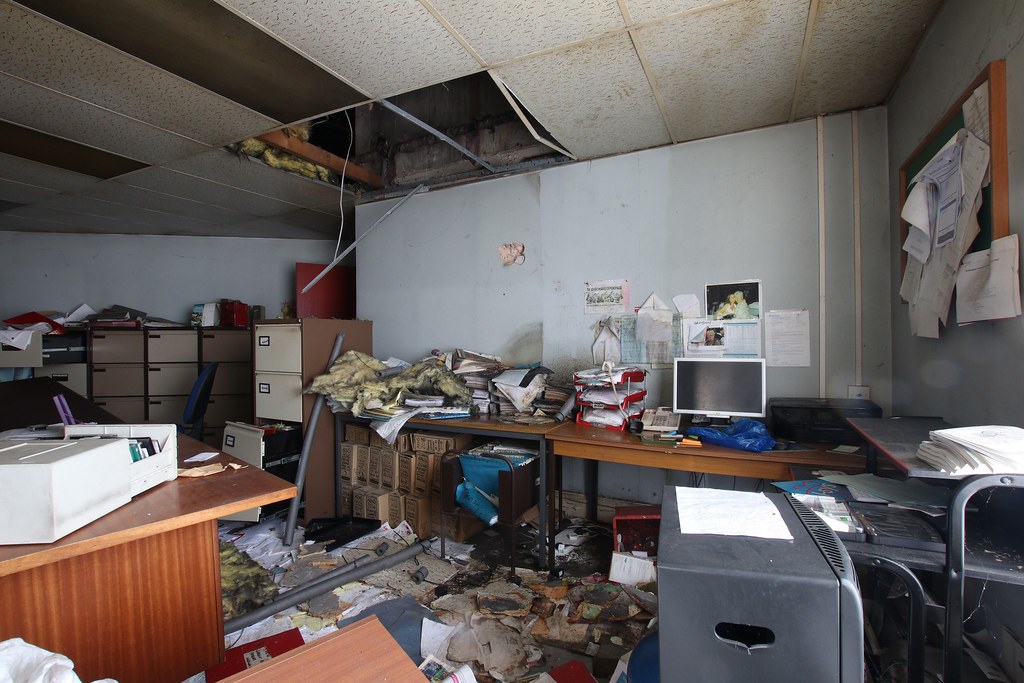 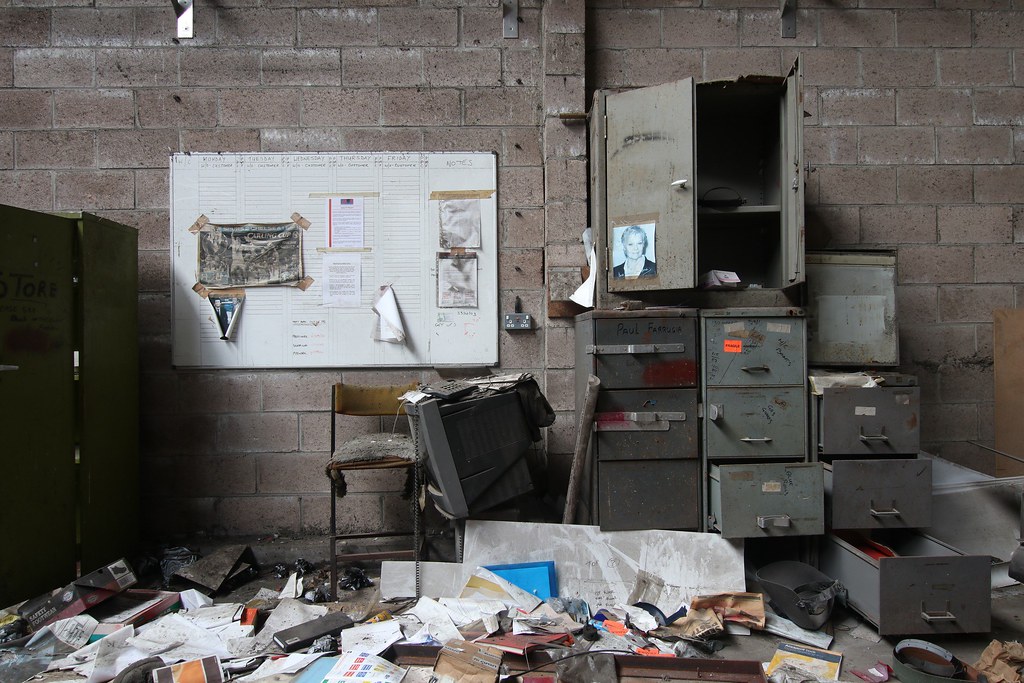 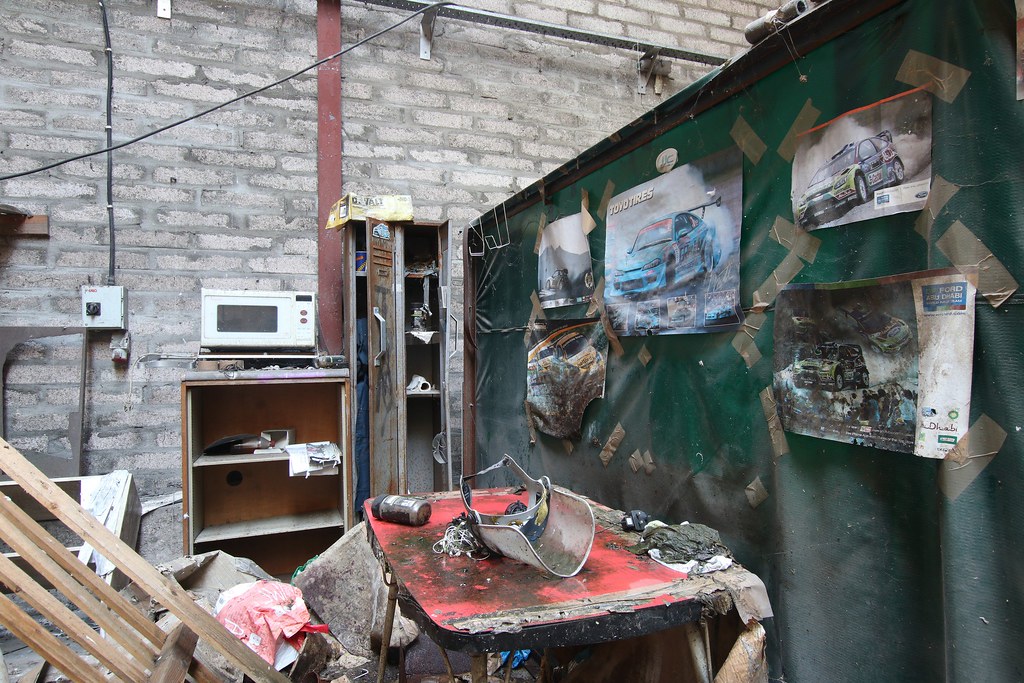 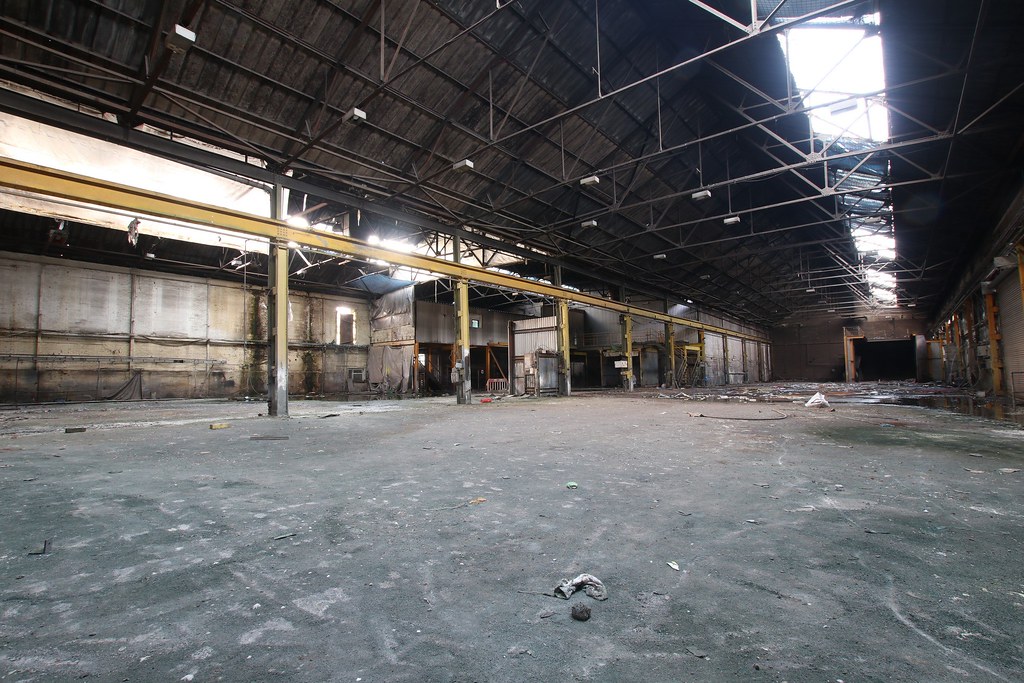 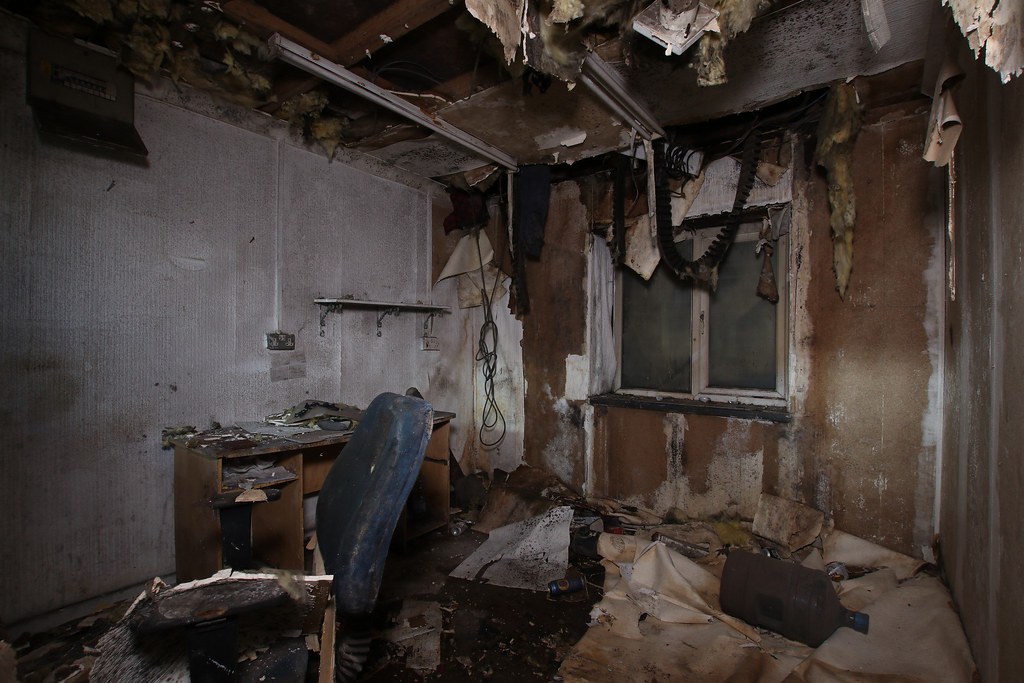 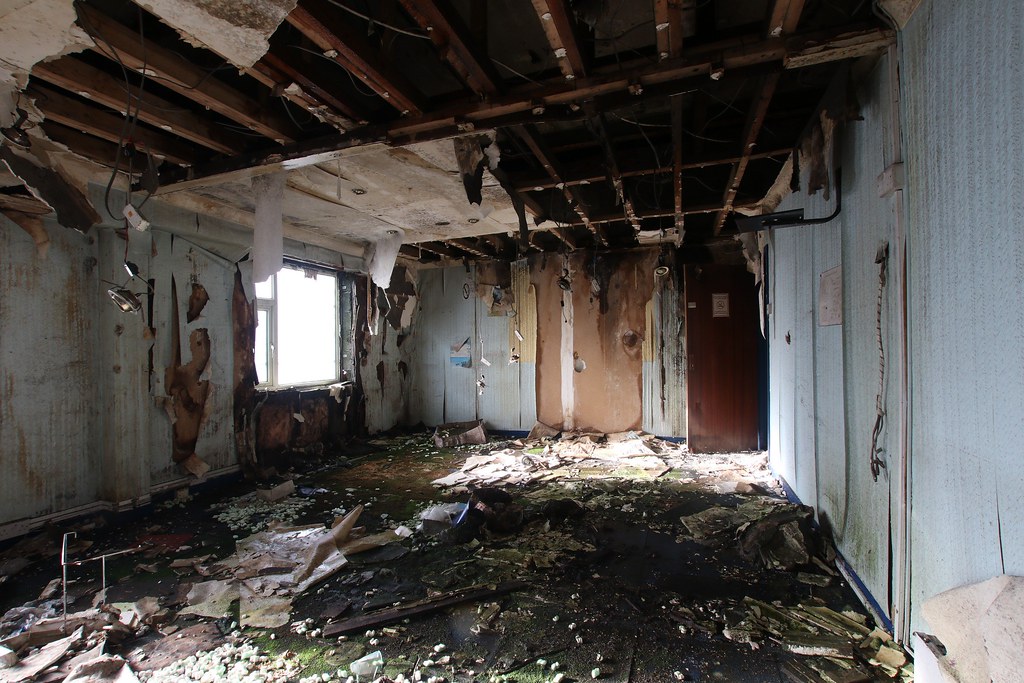 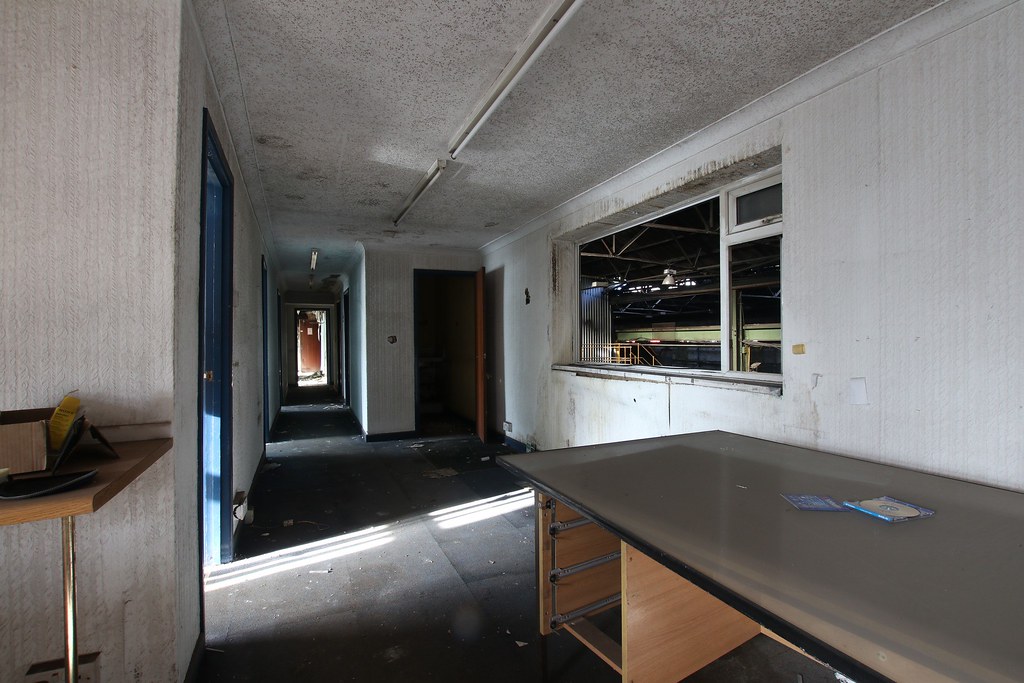 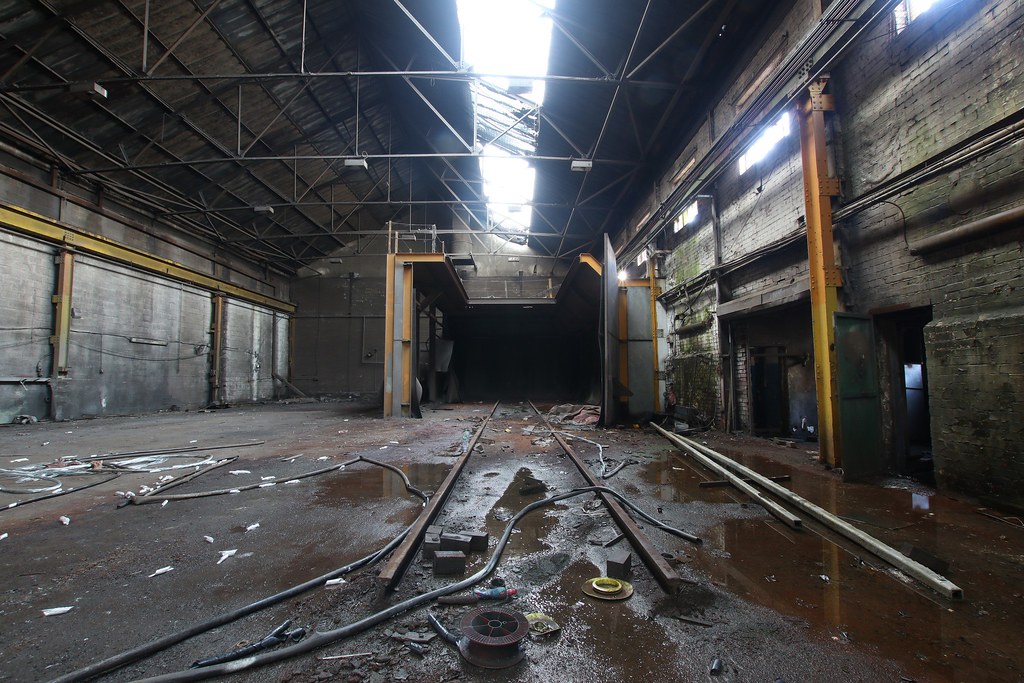 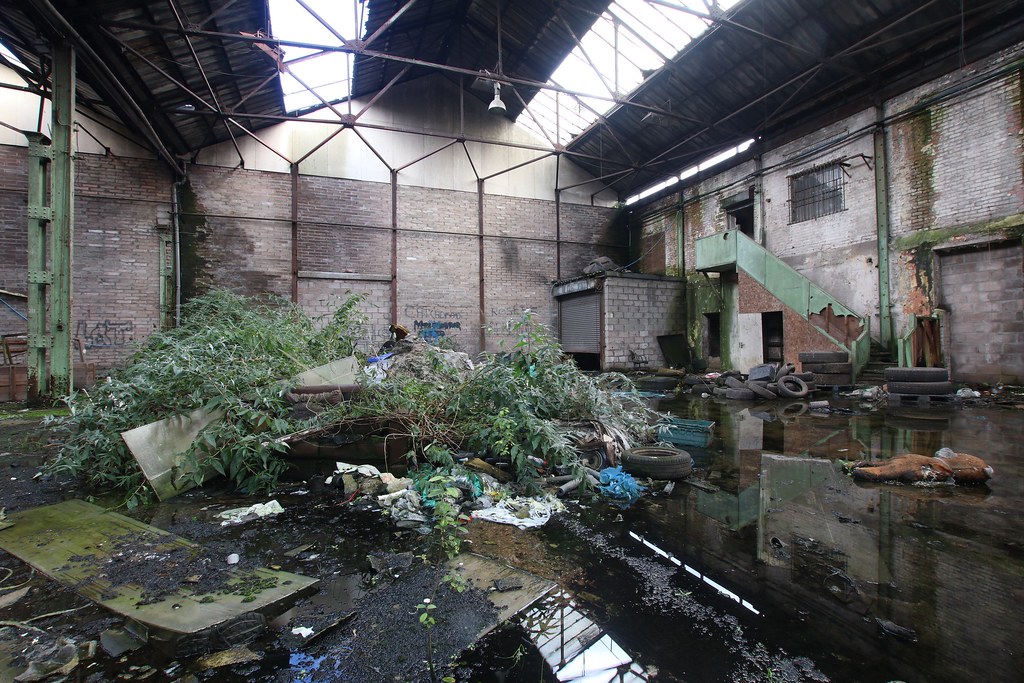 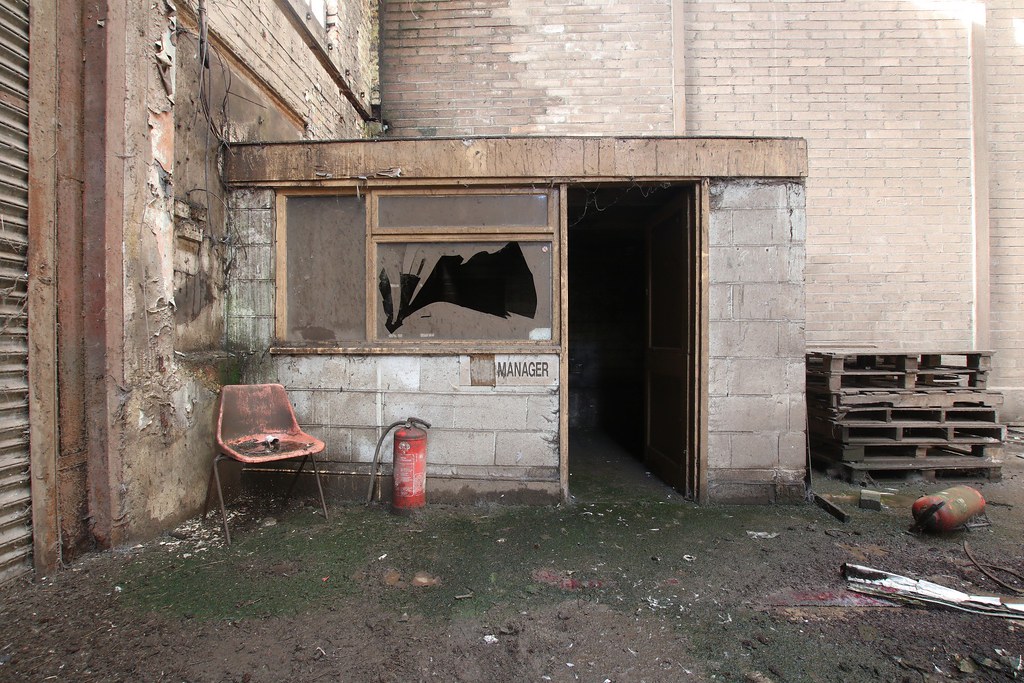 mookster said:
I love these sort of places
Click to expand...

Agreed. It's great mooching round these sort of places. Nice report!
Flickr​

Regular User
Not a bad way to kill a few hours.

Regular User
Looks a decent mooch this one. Don't look too flooded unlike some of your trip

Regular User
Fantastic report, looking forward to seeing what else you did. An asylum by any chance ???

host said:
Fantastic report, looking forward to seeing what else you did. An asylum by any chance ???
Click to expand...

Nope no asylums, did Whitchurch a few years back though

Regular User
Ooh I like that deco staircase. nicely done
Stop The Planet, I Want To Get Off!