Regular User
1. The History
The Butterley Company was an English manufacturing firm It has a very long, rich and well documented history and the company operated, in part, right up until 2009. It was founded by Benjamin Outram, Francis Beresford, William Jessop and John Wright back in 1790, initially as Outram & Co. Outram and Jessop were engineers, Beresford a lawyer and Wright a wealth banker. When Outram died in 1805, the company’s name was changed to the Butterley Company. In 1814 the company famously produced the iron work for Vauxhall Bridge over the River Thames. It also owned Hilt’s quarry near Crich which supplied limestone for the iron making process. Three years later, when depression followed, the company witnessed the Pentrich Revolution. A group of rebel workers planned to kill the three senior managers and ransack the works for weapons. However, as fortune would have it, the rebels where faced down by members of the local constabulary and the revolution was foiled. James Brandreth, the leader, was later hanged and beheaded.

The rest of the 1800s were relatively prosperous, with the company producing a vast array of goods, from rails for wagonways through to heaters for tea urns. By 1835 the Butterley Works had expanded to cover a 12-acre site. By 1840 the four original founders of the company had all died with the passing of John Wright. But the company continued to prosper and be at the cutting edge of its trade. The company were early investors in the new Bessemer convertor process in 1856. In 1859 the company patented a method of producing a load-bearing iron beam, known as the Butterley Bulb, which was used in many early iron steam ships. Further innovations in the steel-making process meant that by 1863 the company was rolling the largest masses of iron of any foundry in the country. Much of the successes of the company over this period were down to the company's manager, Sir John Alleyne. In 1870 he invented two high reversing steel mills that allowed metal ingots to be repeatedly rolled to get the correct size and section. Four years earlier in 1866, the works famously won the order to supply the ironwork of the roof of St. Pancras station in London (around 9,000 gross tons of rolled and cast iron). In a report from 1886 it was noted that the works were producing pumping engines for waterworks in Shrewsbury, Amsterdam and Oxford and many large Cornish engines. In 1888, Butterley was incorporated as a Limited Company and then latterly, in 1914 a Public Limited Company, through a special Parliamentary Act.

During World War I, in 1915, the Government took-over Butterley Ironworks as part of its munition’s procurement plan. The factory would then step up again in WW2 several decades later as their Codnor Park site produced manganese steel for track links and spindles and the Victoria Foundry buildings were used as Gun Shop. 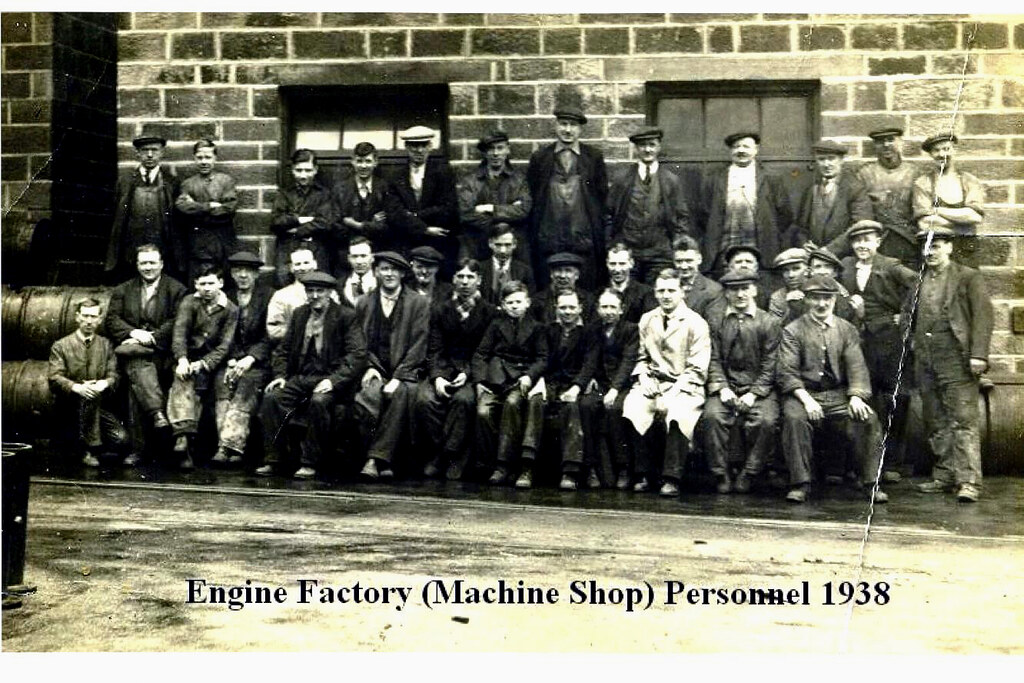 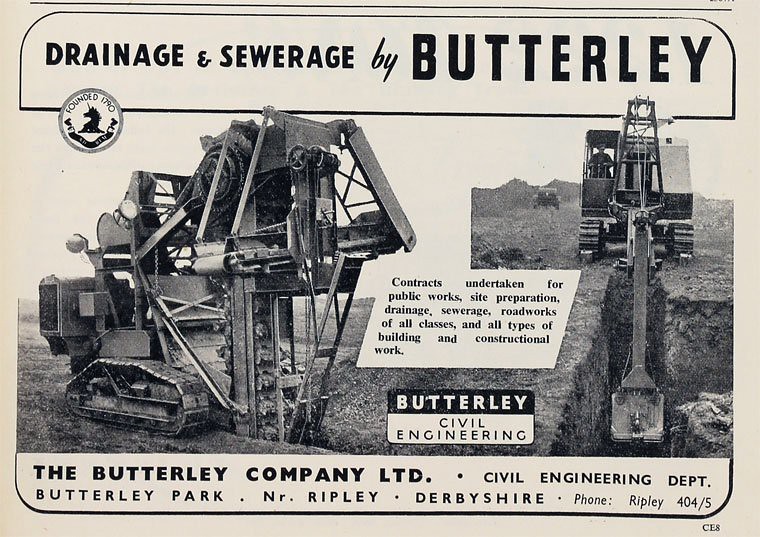 Aerial picture showing just how vast the site used to be: 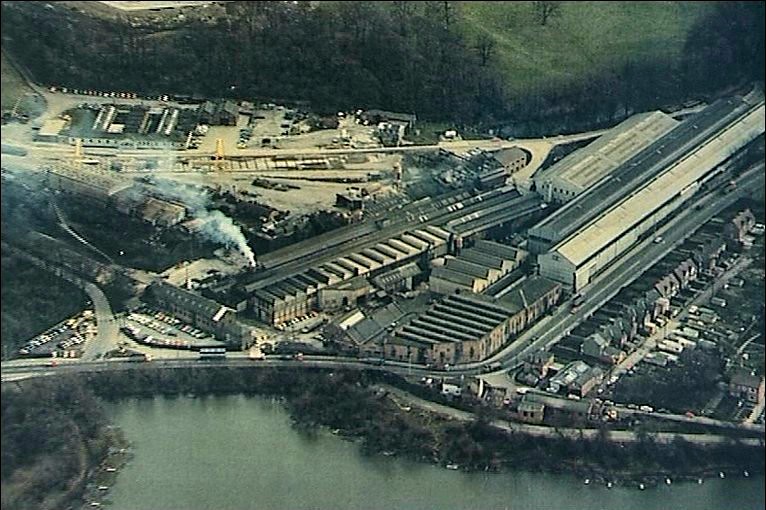 Post-war, Butterley continued to prosper and at its peak, in the 1950s, the company employed around 10,000 people. In 1965 Butterley Foundry was modernised with the installation of the Rol-a-Draw moulding plant and the Codnor Park Forge closed down. The company was then acquired by Lord Hanson in 1968 for £4.7 million and it became part of the Wiles Group. Subsequently the company was split up into three separate entities; Butterley Engineering, Butterley Brick and Butterley Aggregates. In 1975 Codnor Park Wagon Works was closed down followed by Butterley Foundry, eleven years later in 1986. This marking the end of two centuries of smelting, melting, forging, rolling and founding at the company. The company still continued to make a mark though via its engineering arm and during the 1990’s the machine shop was incorporated into a very large new fitting shop. Butterley Engineering Ltd produced and erected the Falkirk Wheel in Scotland in 2000 and the iconic Spinnaker Tower at Portsmouth in 2005. 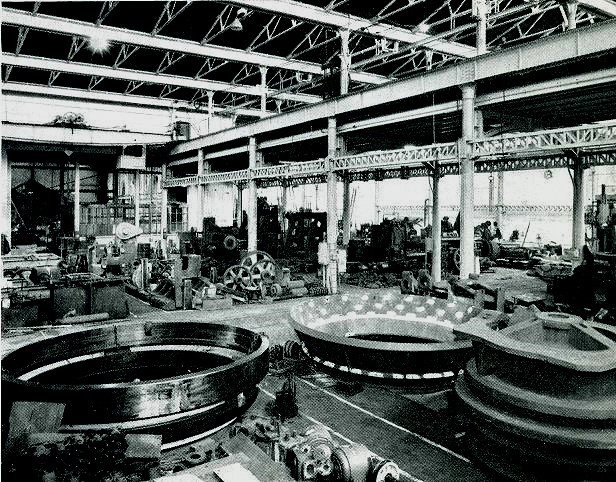 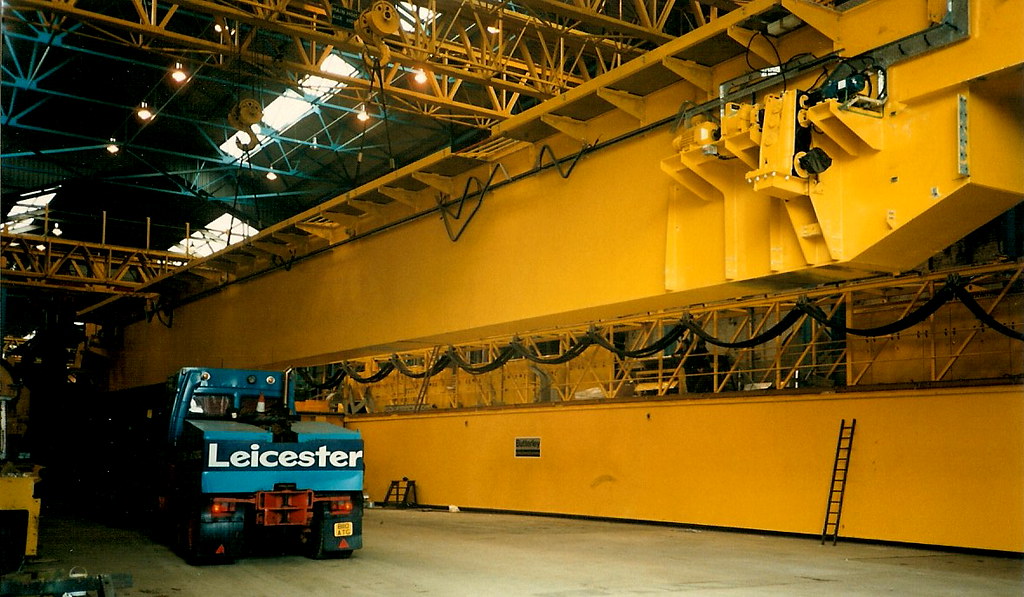 Sadly, though, it wasn’t to last and the inevitable happened in March 2009. The company was placed into administration, having suffered at the hands of the economic downturn. Over the next couple of years, a large part of the site was demolished. The machine shop (believed to date back to circa 1850 and previously known as the engine shop) and adjacent heavy machine shop with their hoists and overhead crane tracks (supported on magnificent cast iron columns) were spared the wrecking ball. They still remain, along with two storey stone-built Pattern Shop from 1838 and the Octagonal Gatehouse which is believed to pre-date the 1817 Pentrich Rising. In 2015 the site was put up for sale at and asking price of £1.65m by auction Aquarius Estates. It was bought by a London-based property developer, but since then no development had taken place.

2. The Explore
Second time lucky with this place. The first time I rocked up-mid-afternoon on my tod on a lovely sunny day. Got out the car and spec-ed the palisaded side and just got back to the car to put my boots on and two coppers turned up. “Afternoon officers. Not going to give me a parking ticket, are you?” I joked. “We’re not here for that” came the reply. Sooo…thought I’d go for a walk and come back hopefully by which time they’d have moved on. So off I trotted for fifteen minutes. On my return they were still hanging around. So changed out my boots, got back in the car and bailed. A month later arrange to meet up an explore in the very agreeable company of @Bikin Glynn and have another crack. This time the weather was atrocious. But after a bit of fence-hopping we were into the main building. Once in the dry it was a really relaxed explore. There may not be much left inside the factory itself but the actually building is a real joy: the wrought-iron pillars, the massive crane and that staircase. Overall a really enjoyable hour or so in this former engineering works.

Very few externals (OK, just one!) due to the weather being terrible as you can see from this picture: 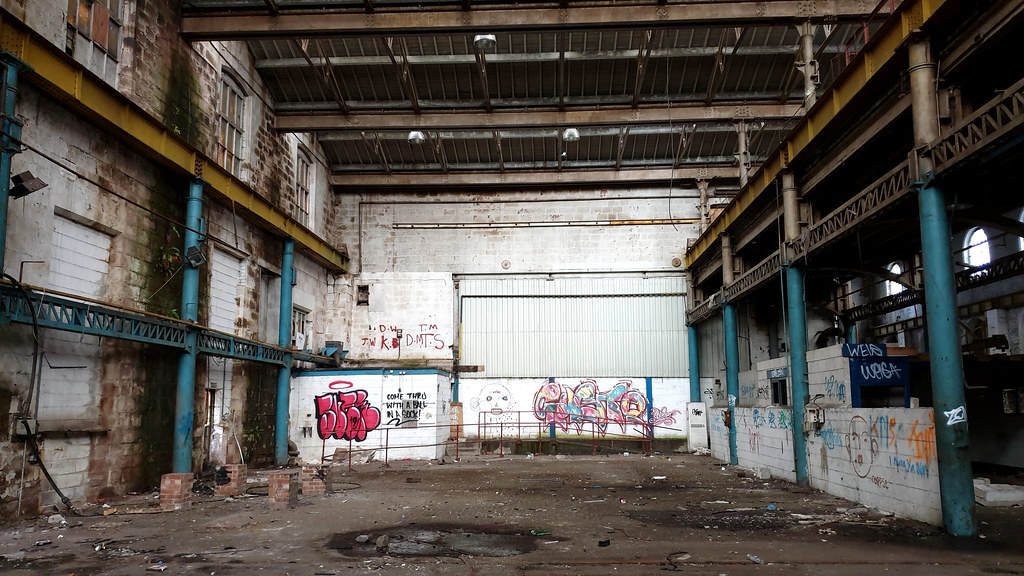 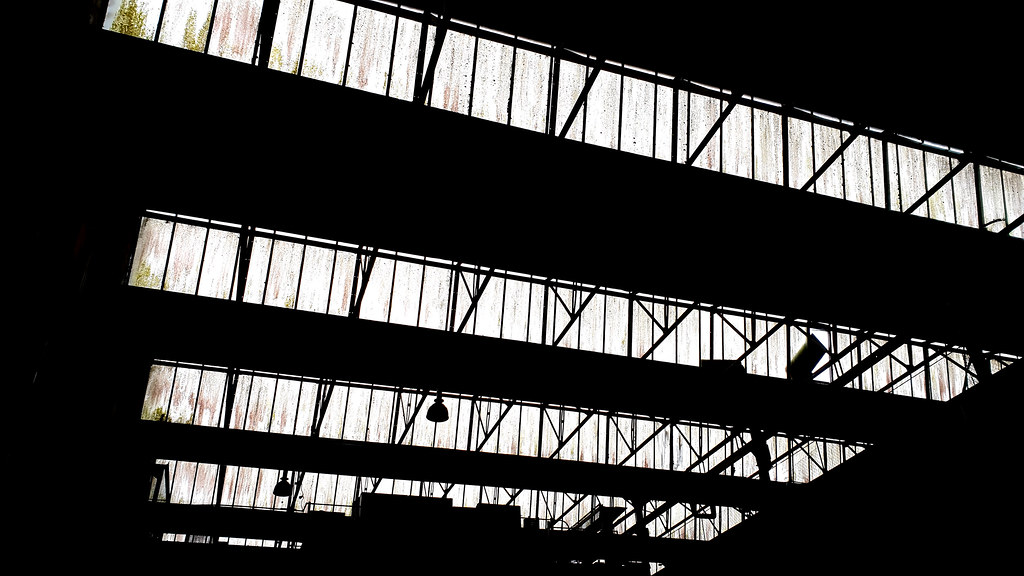 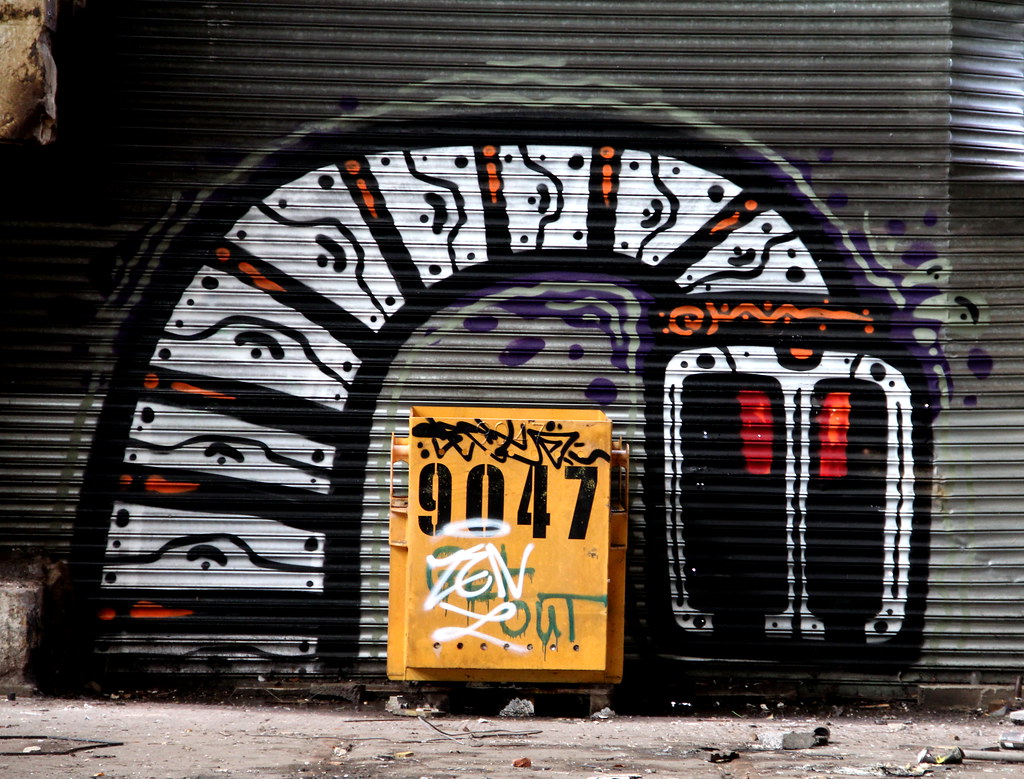 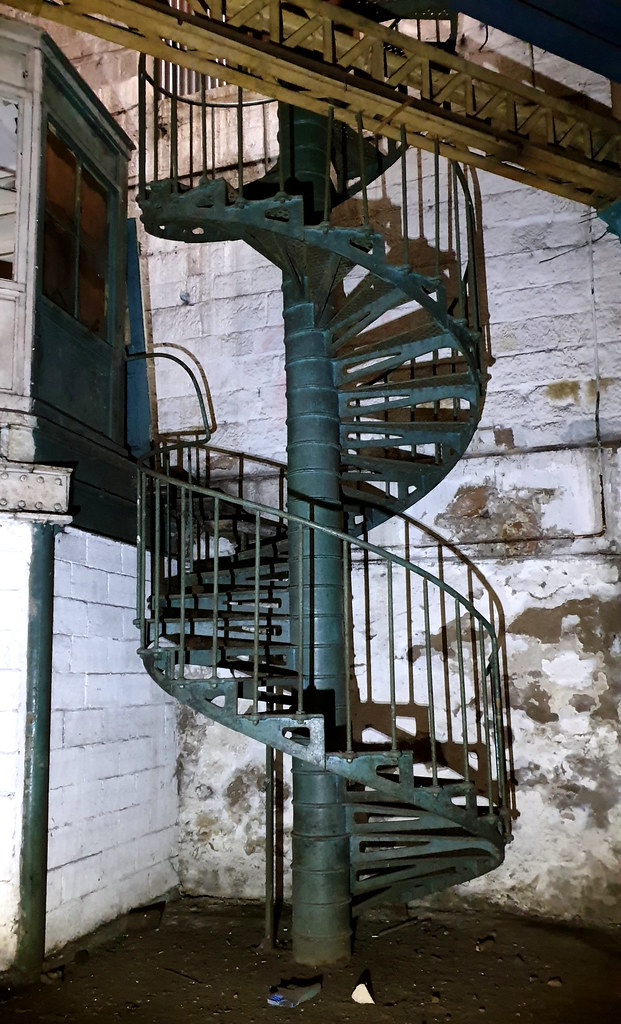 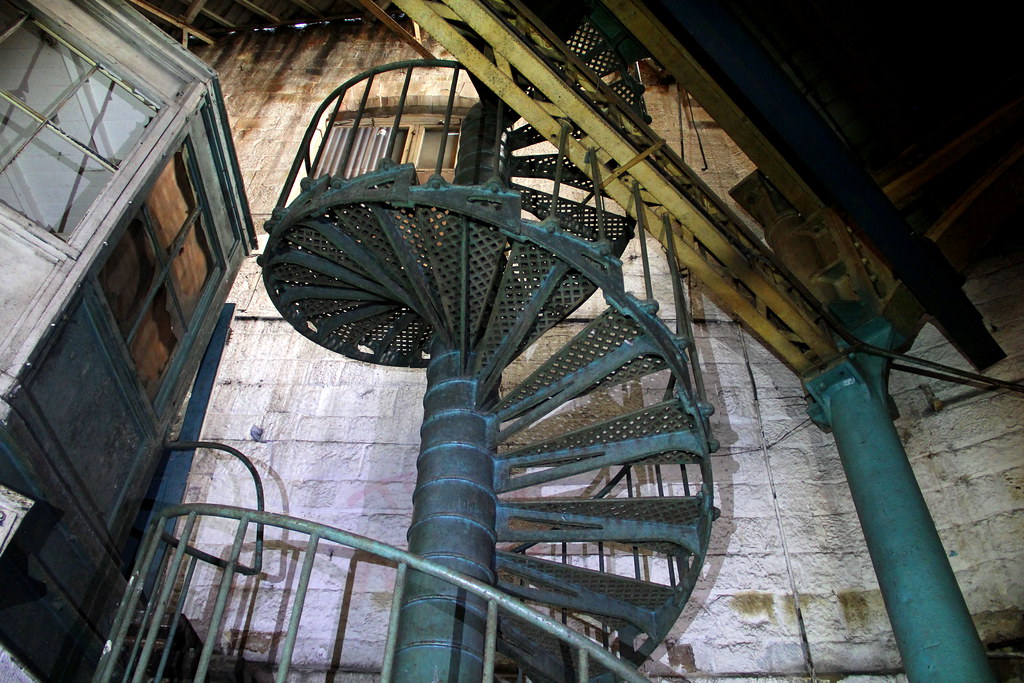 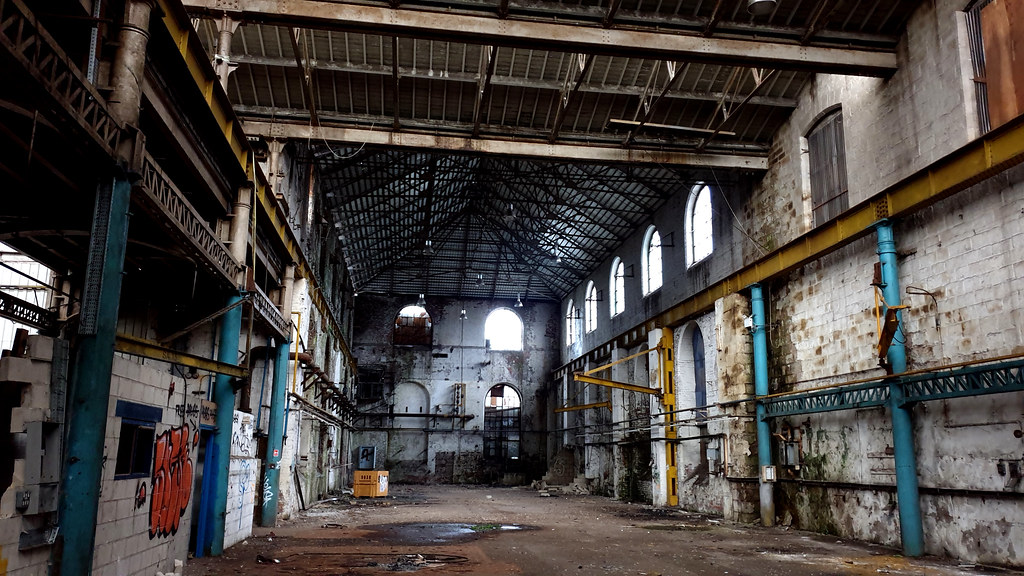 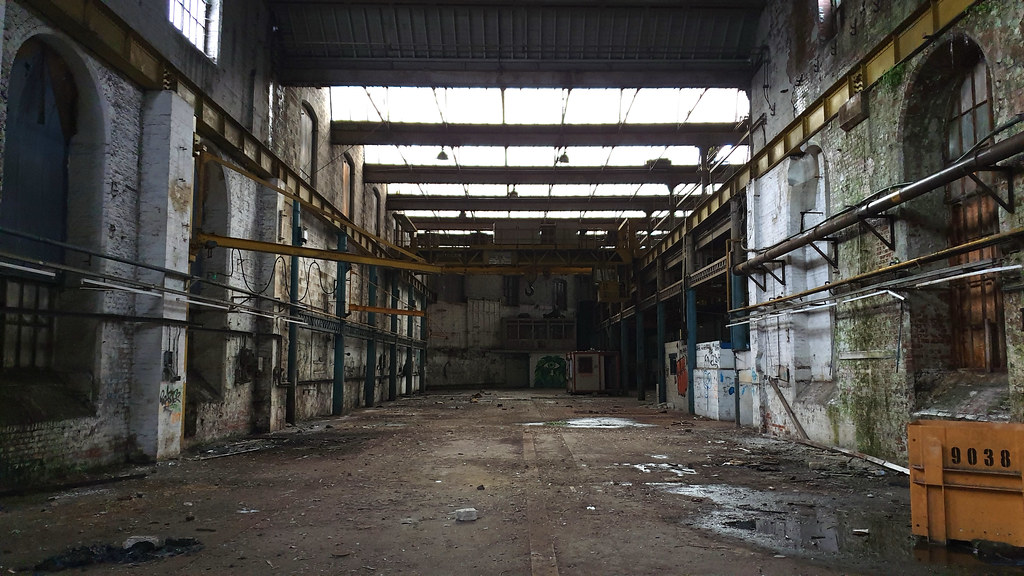 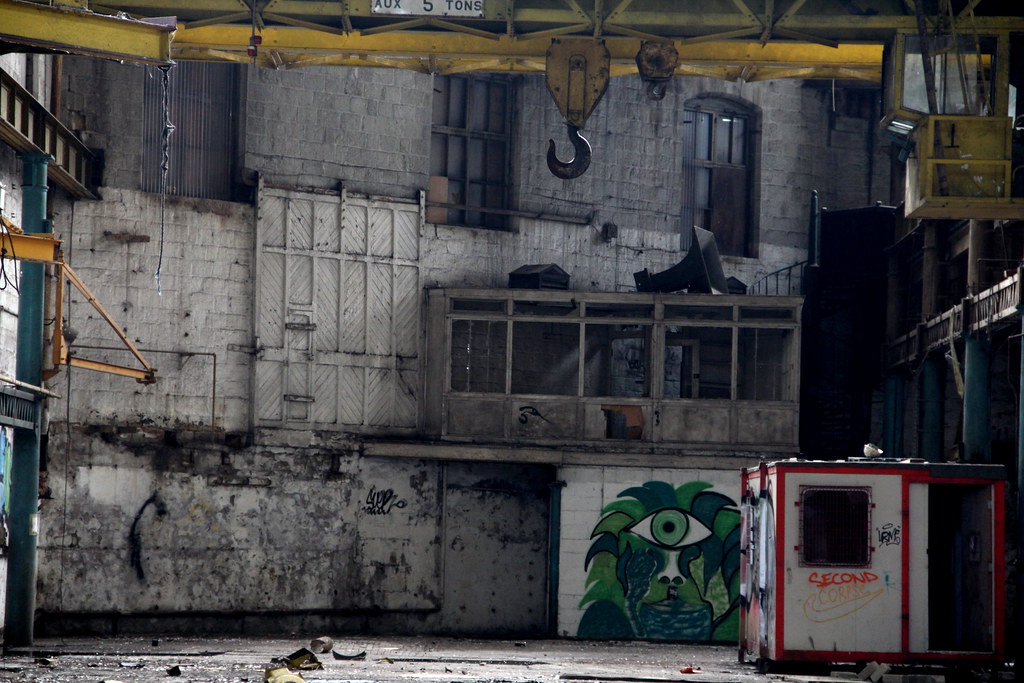 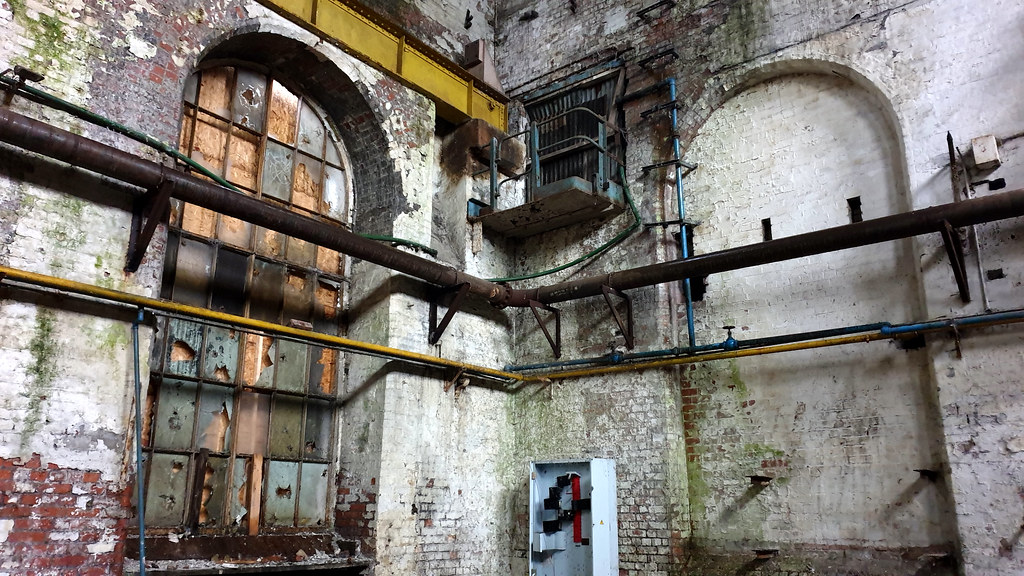 And the natural decay: 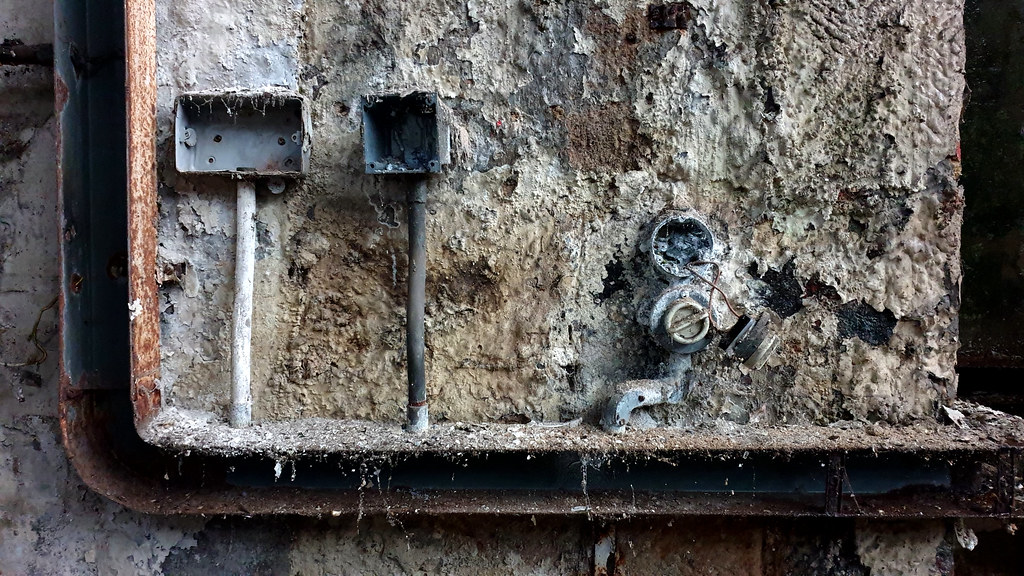 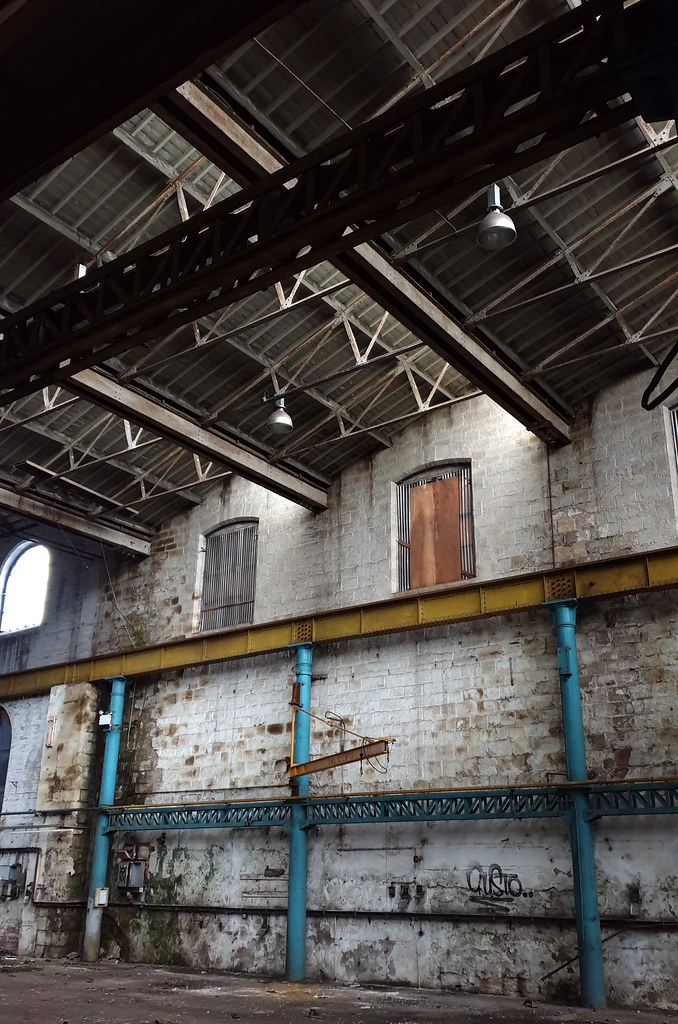 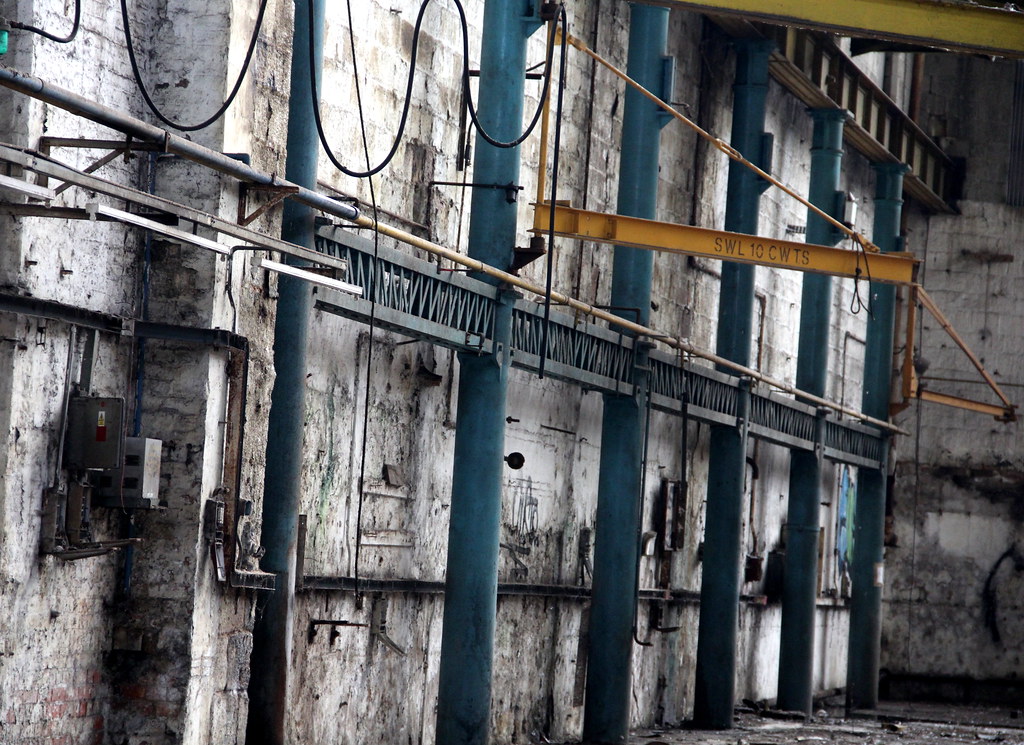 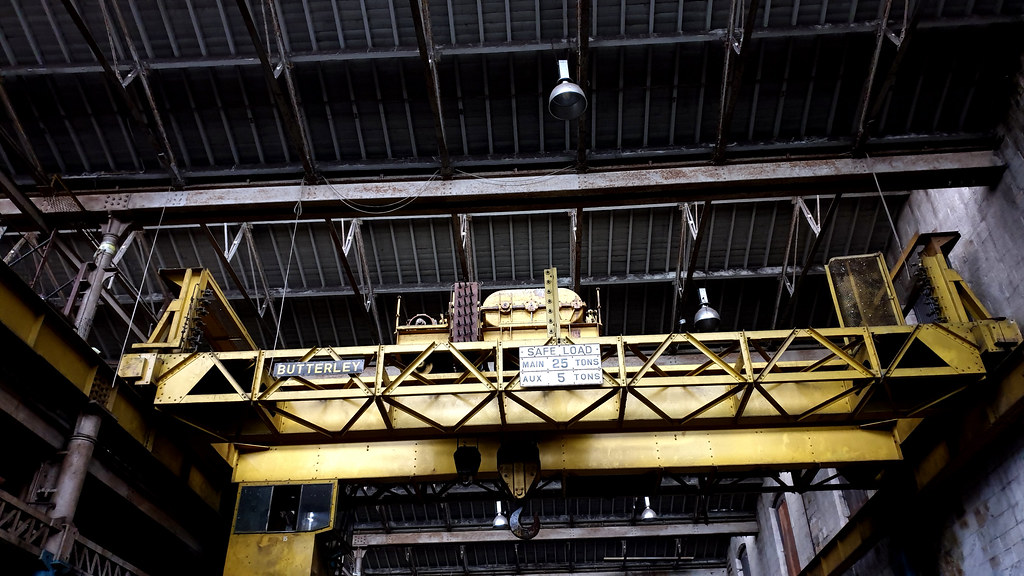 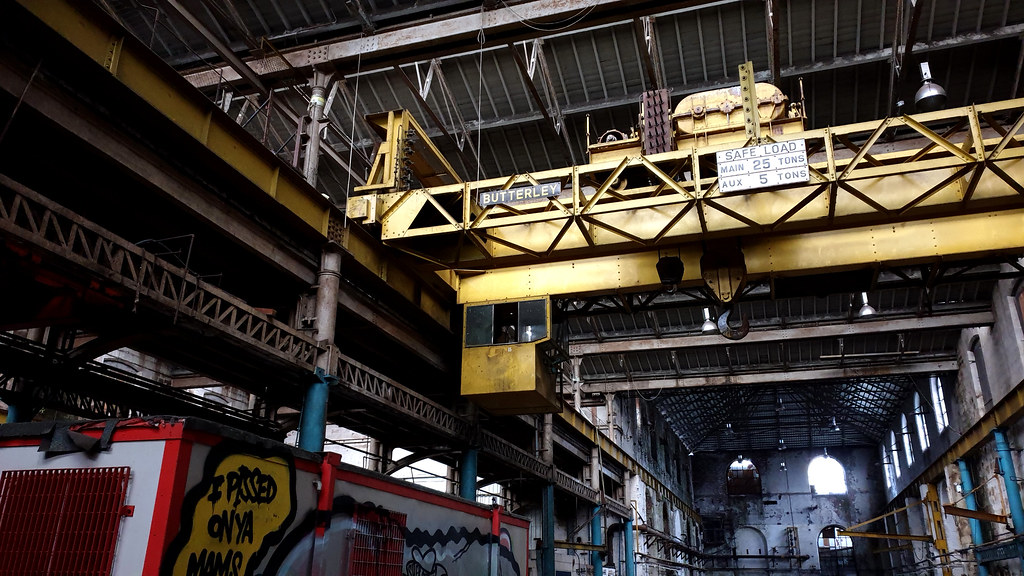 View from the control room: 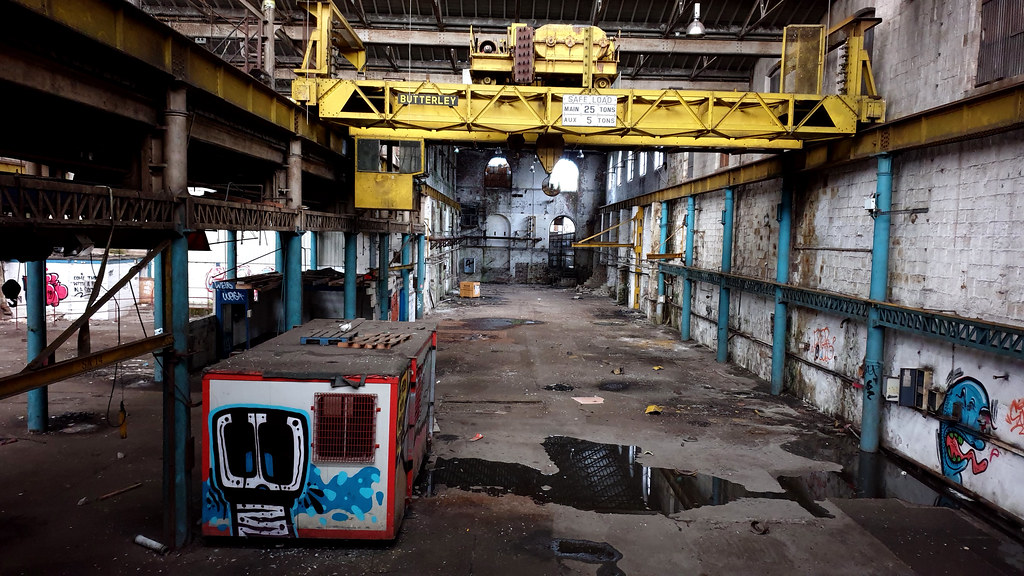 On to the mezzanine floor: 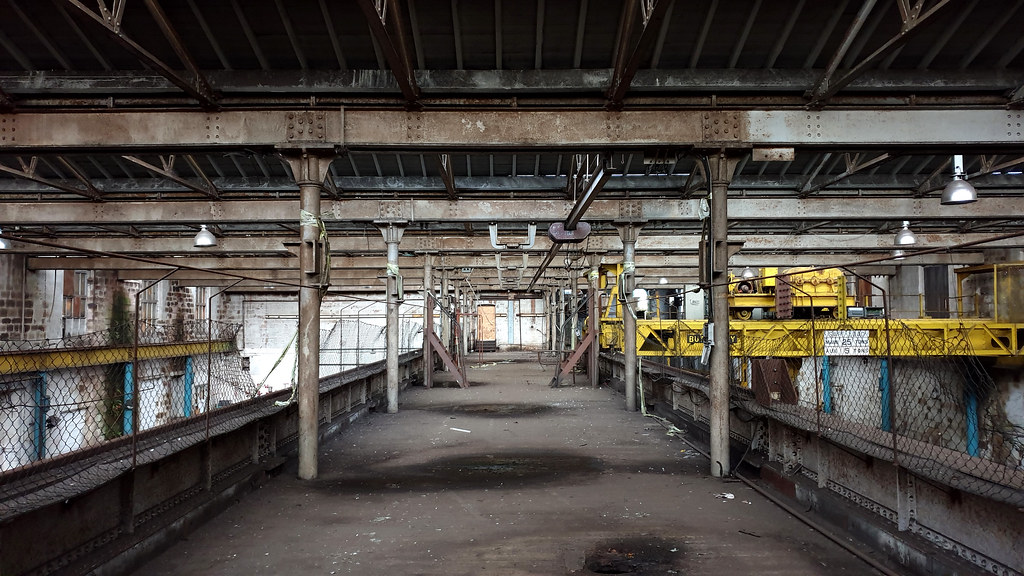 And on to the crane: 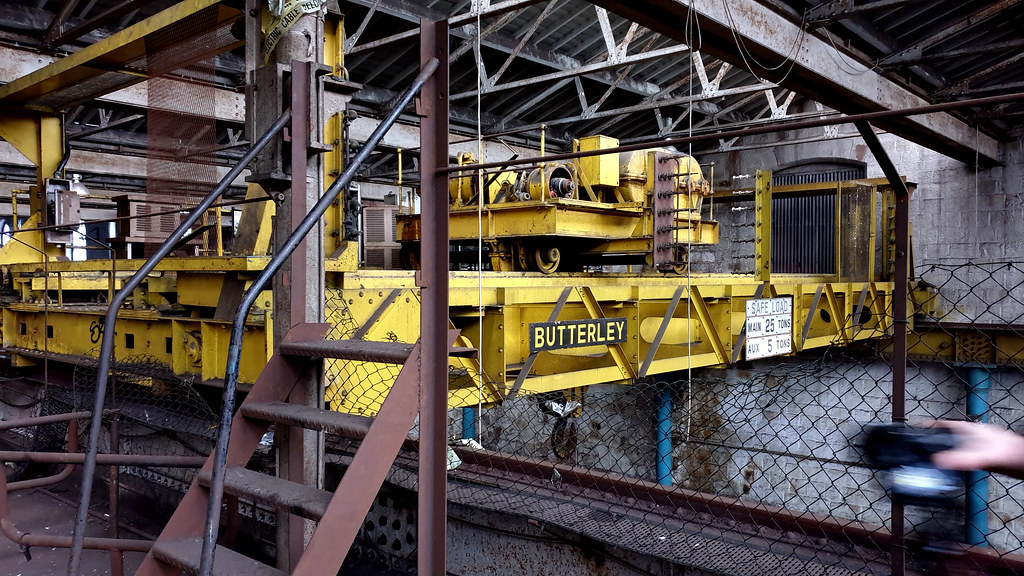 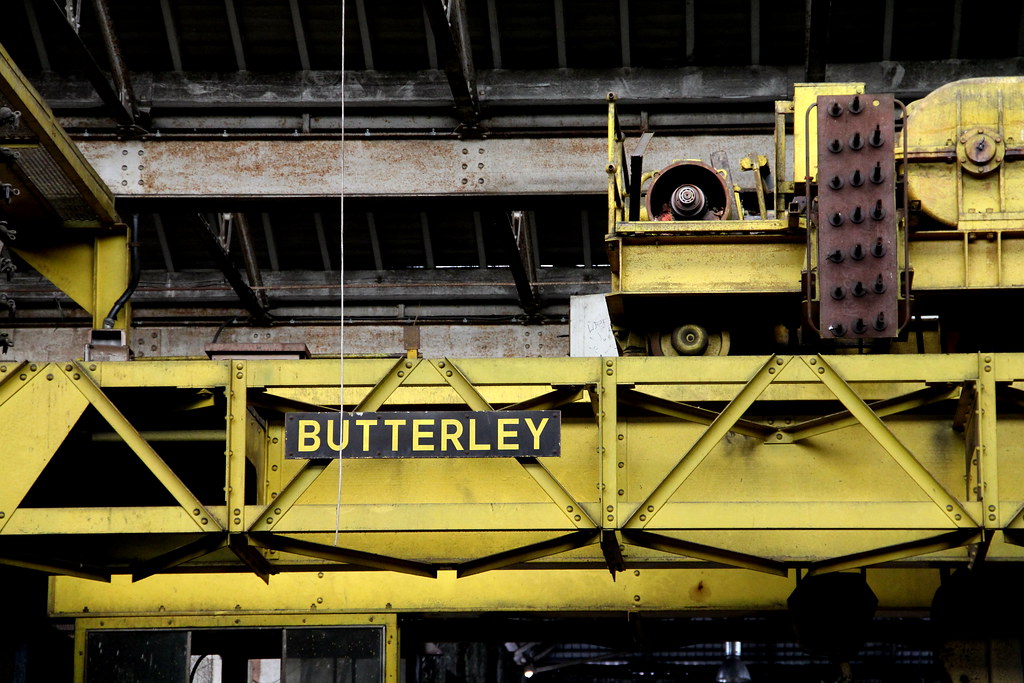 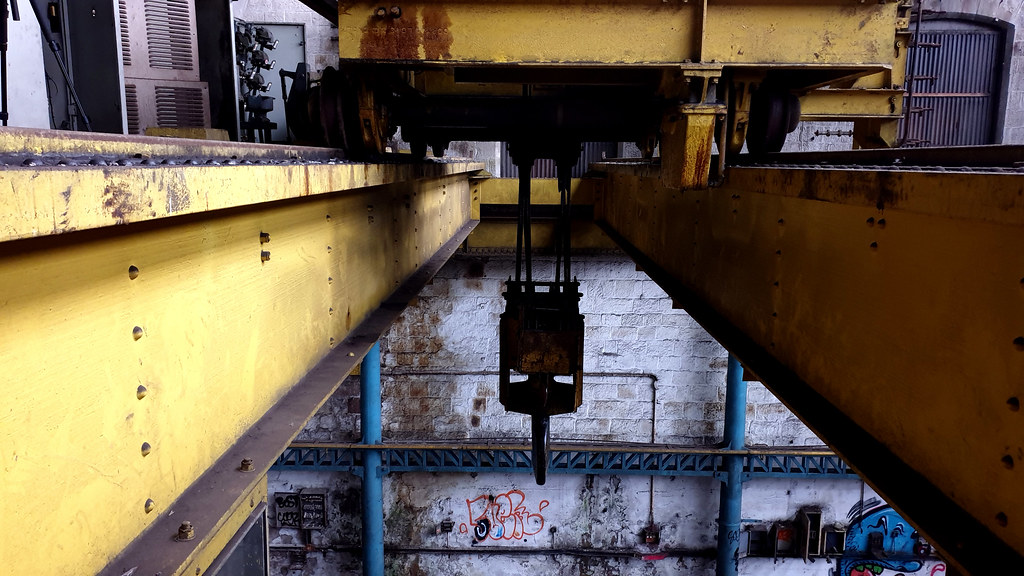 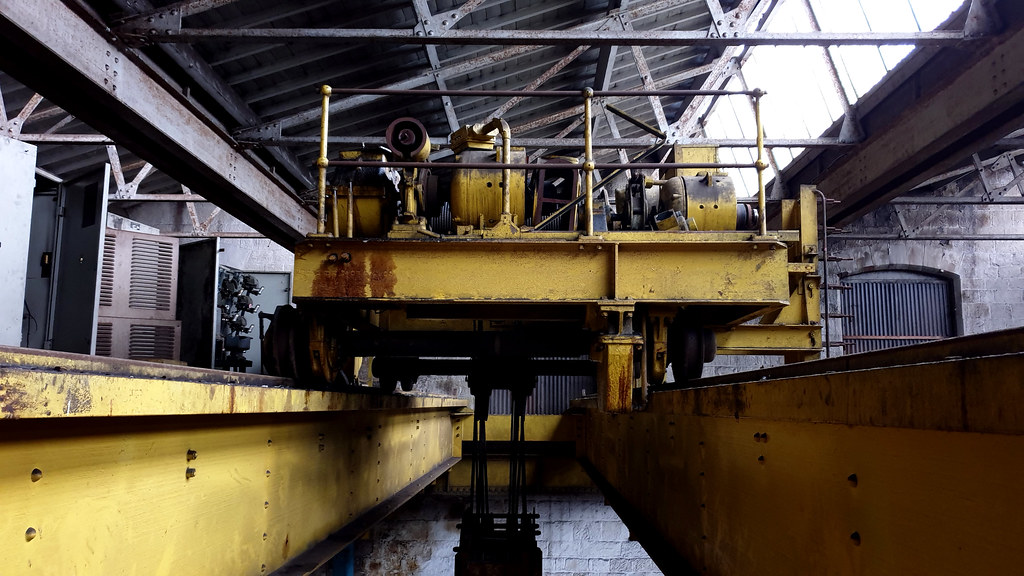 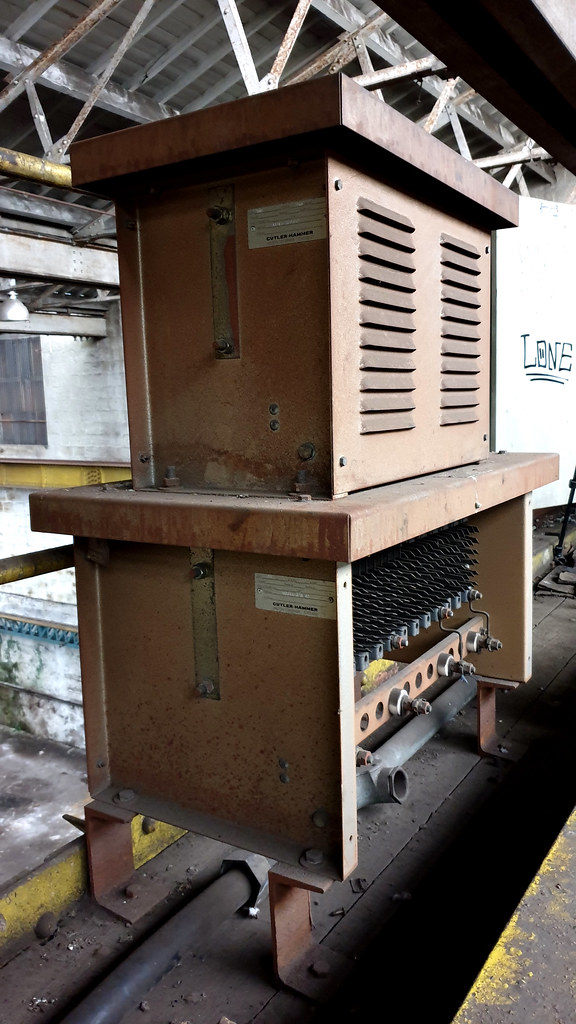 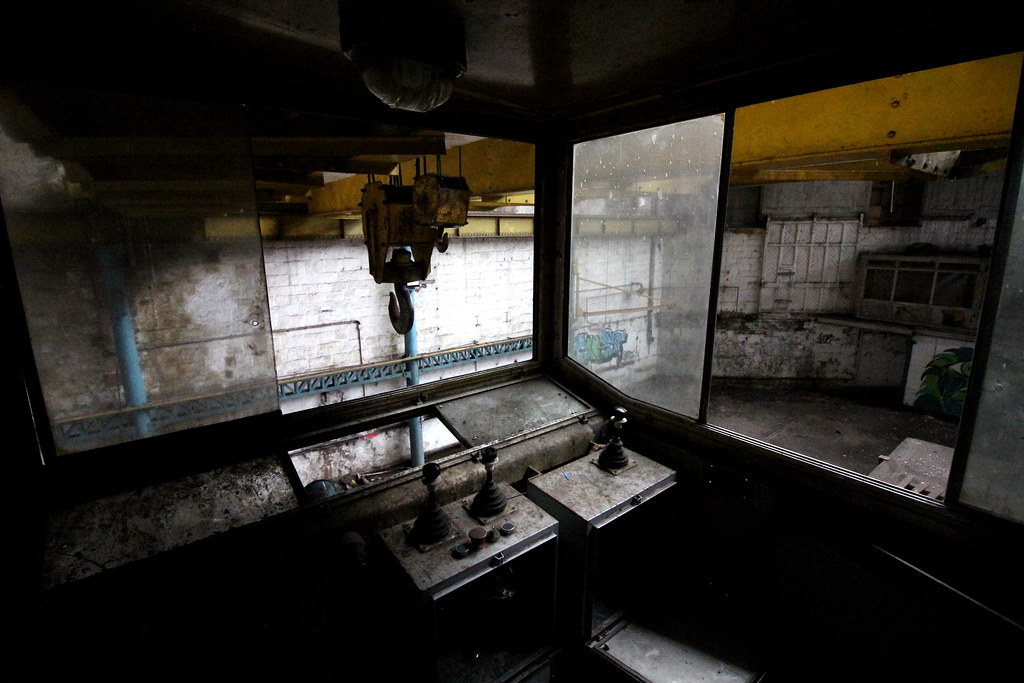 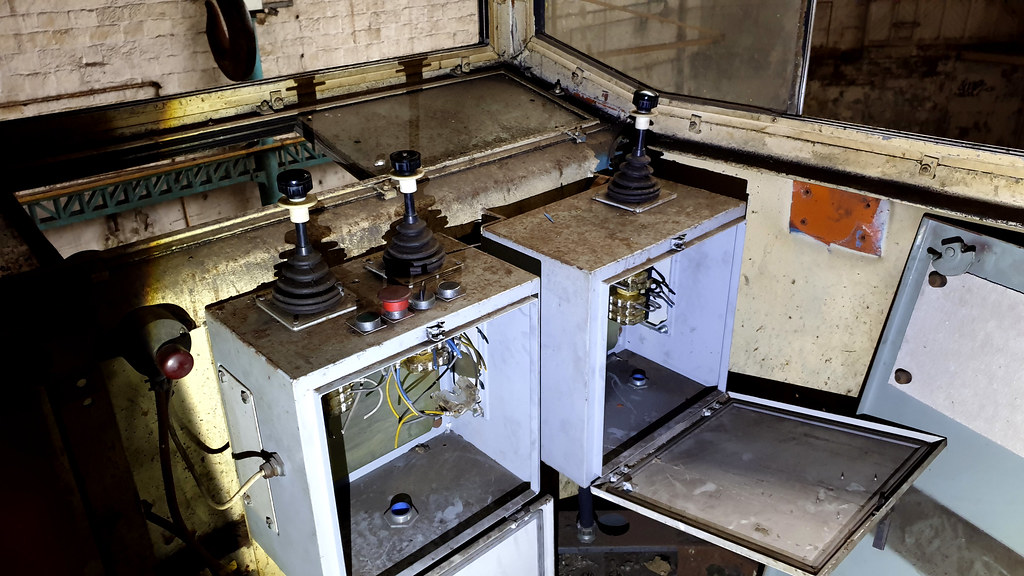 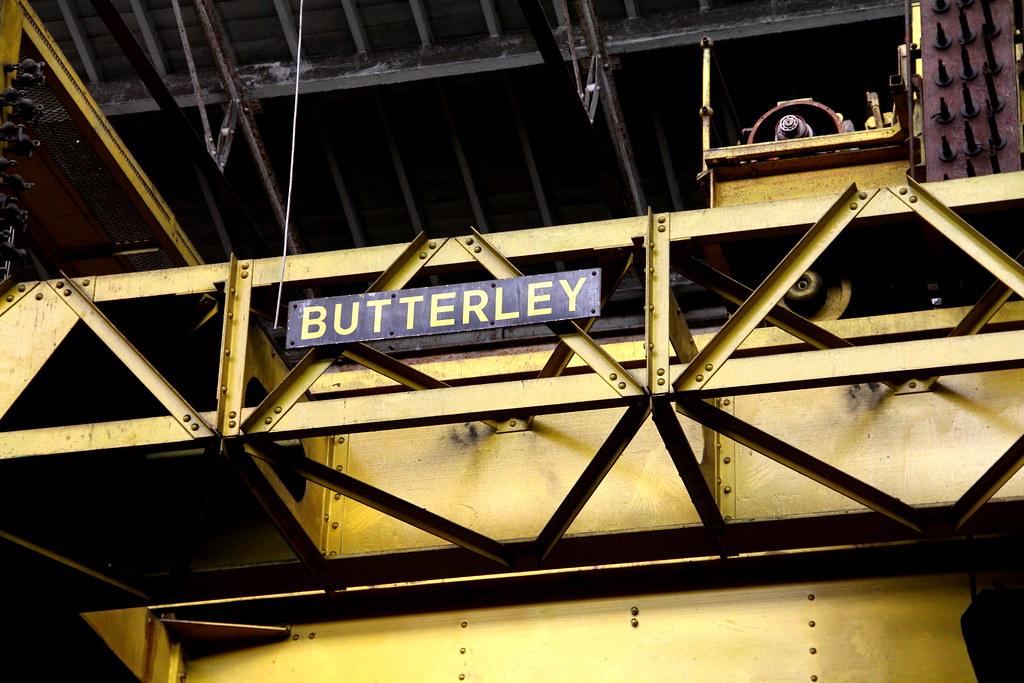 28DL Full Member
That’s a great set of snaps you have there! Always liked the look of this place, I’ll give it a visit when next passing.

28DL Full Member
Is there still the room full of paperwork of old plans and blueprints, I bet its all soggy and ruined now.
https://www.flickr.com/photos/mr_sam/sets

Mr Sam said:
Is there still the room full of paperwork of old plans and blueprints, I bet its all soggy and ruined now.
Click to expand...

28DL Full Member
I have actually worked in there many years ago as my work rented part of there worksop for a month. My work place now has 3 ex employees from there and they said there was a hole for loading canal boats underneath some were from the early years. Great snaps aswell

Gsxrwayne said:
I have actually worked in there many years ago as my work rented part of there worksop for a month. My work place now has 3 ex employees from there and they said there was a hole for loading canal boats underneath some were from the early years. Great snaps aswell
Click to expand...

Cheers mate. Yeah...I heard about that. You need to get them to take you there to see if it's still there.
G

28DL Full Member
When I shown them some photos I took they was like I would love a walk around there again. I'll ask them next week see if we can pin point it. It would of been about 2005 I was there and it was a real busy and noisey place
S

Part of a historic canal tunnel in Derbyshire is designated a Scheduled Ancient Monument.
www.bbc.co.uk

Regular User
What a great wander. And the history was so interesting. History really does make a report cracking. Vauxhall Bridge, wow. And a murder plot. Crazy history and yet its left to decay. Not that Im moaning, its a great report.

28DL Full Member
Now I've got my camera back (Nikon oil spot issue fixed!) I might take a drive and have a mooch. Great pics

Mr Sam said:
Is there still the room full of paperwork of old plans and blueprints, I bet its all soggy and ruined now.
Click to expand...

No, it had a fire and all got cleared out a few years ago.
flickr
S

MrDevla said:
That’s a great set of snaps you have there! Always liked the look of this place, I’ll give it a visit when next passing.
Click to expand...

Deffo worth an hour of your time mate...


Calamity Jane said:
What a great wander. And the history was so interesting. History really does make a report cracking. Vauxhall Bridge, wow. And a murder plot. Crazy history and yet its left to decay. Not that Im moaning, its a great report.

Cheers CJ. Yeah, some places you can't find any history but this place kept giving! Sad wen you see a firm that was at the cutting edge of its trade this way.