Regular User
So I'd been sitting on this report for ages, and actually completely forgotten about it until I saw it pop up recently. This one was from a couple years ago with @The Explorer Returns.

Buxshalls, was built in 1825 in the Italianate style by William Jolland as his family home. The estate comprised the house, grounds, entrance lodge (built 1876), two large fish ponds and four farms totalled some 500 acres. It passed down the Jolland family line and when Jolland’s only daughter, Katherine Mary Jolland, married Lieutenant Colonel Dudley Sampson in 1878 they received Buxshalls as their home.

The Sampsons added the west wing to the house, which provided a large drawing room with bedroom above and also installed a new grand front staircase. In total there were four reception rooms, a billiard room, fifteen bedrooms and dressing rooms but apparently only one family bathroom. Looking after them in the 1900s was a butler, cook, four servants and a chauffeur.
The house, surrounded by impressive gardens that contained a balustraded terrace, lawns, herbaceous borders and Venetian temple, was set in picturesque parkland with ponds. The grounds, tended by several gardeners, ran down to the River Ouse with two thatched boathouses linked by a covered bridge. In a wooded grove north of the house, the Sampsons built a mortuary chapel as the final resting place for their son who died in 1899 of diphtheria.

From 1927 Buxshalls was the home of Sir Henry Cautley, a barrister, judge and the Member of Parliament for East Grinstead from 1910 until 1936, and his wife. On retirement he was raised to the peerage as the 1st Baron Cautley of Lindfield. Baroness Cautley died in 1943 and on his death in 1946, aged 82, the barony became extinct. Buxshalls was owned from 1947 by Sidney Askew and his wife Dorothy, nee Rank (as in Rank Hovis McDougall). After they left Buxshalls, it became a residential home for the elderly and now stands empty, with an uncertain future.

Certainly somewhere that you'd never guess was derelict from a casual glance on Google Maps. I believe the owner/caretaker lives nearby, but we managed to avoid attention during our visit. Nothing spectaular going on inside, but some good dereliction and overgrowth made for interesting lighting and photos. Nice stairs though.

I would have hoped that the building got some TLC since my visit as it's a pretty nice looking house and would make a lovely place to live with work. I fear it's well past saving now though! 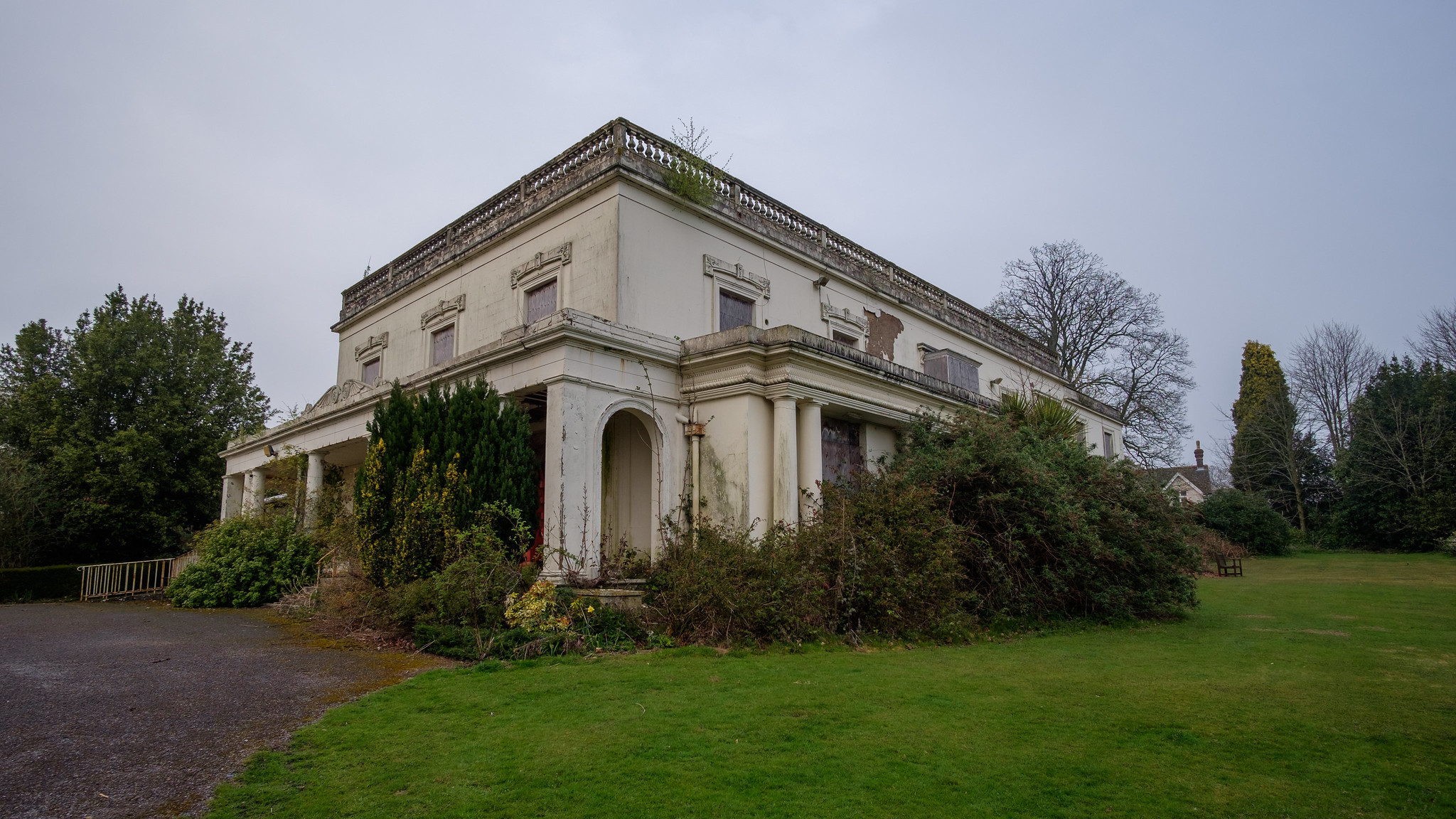 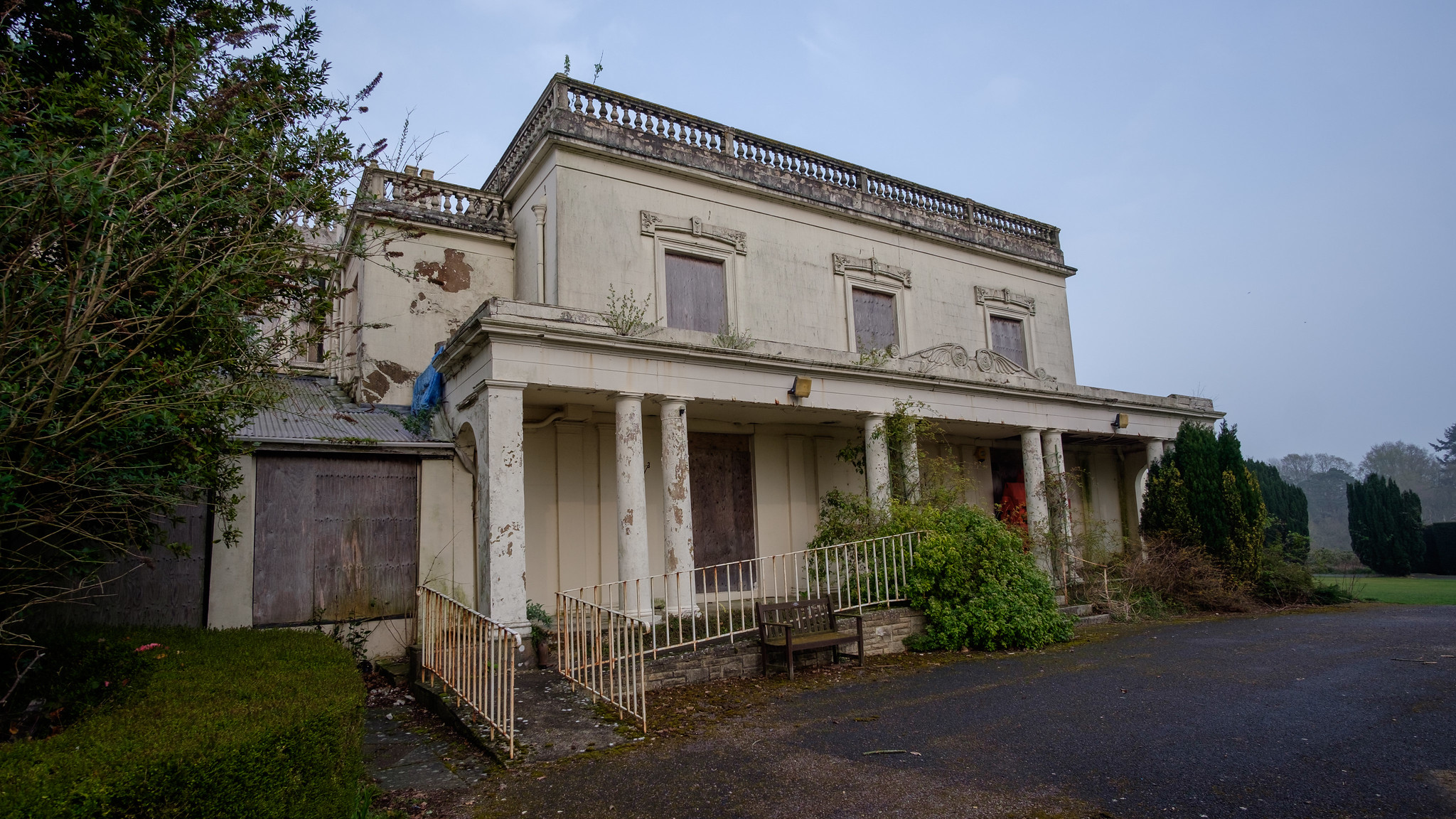 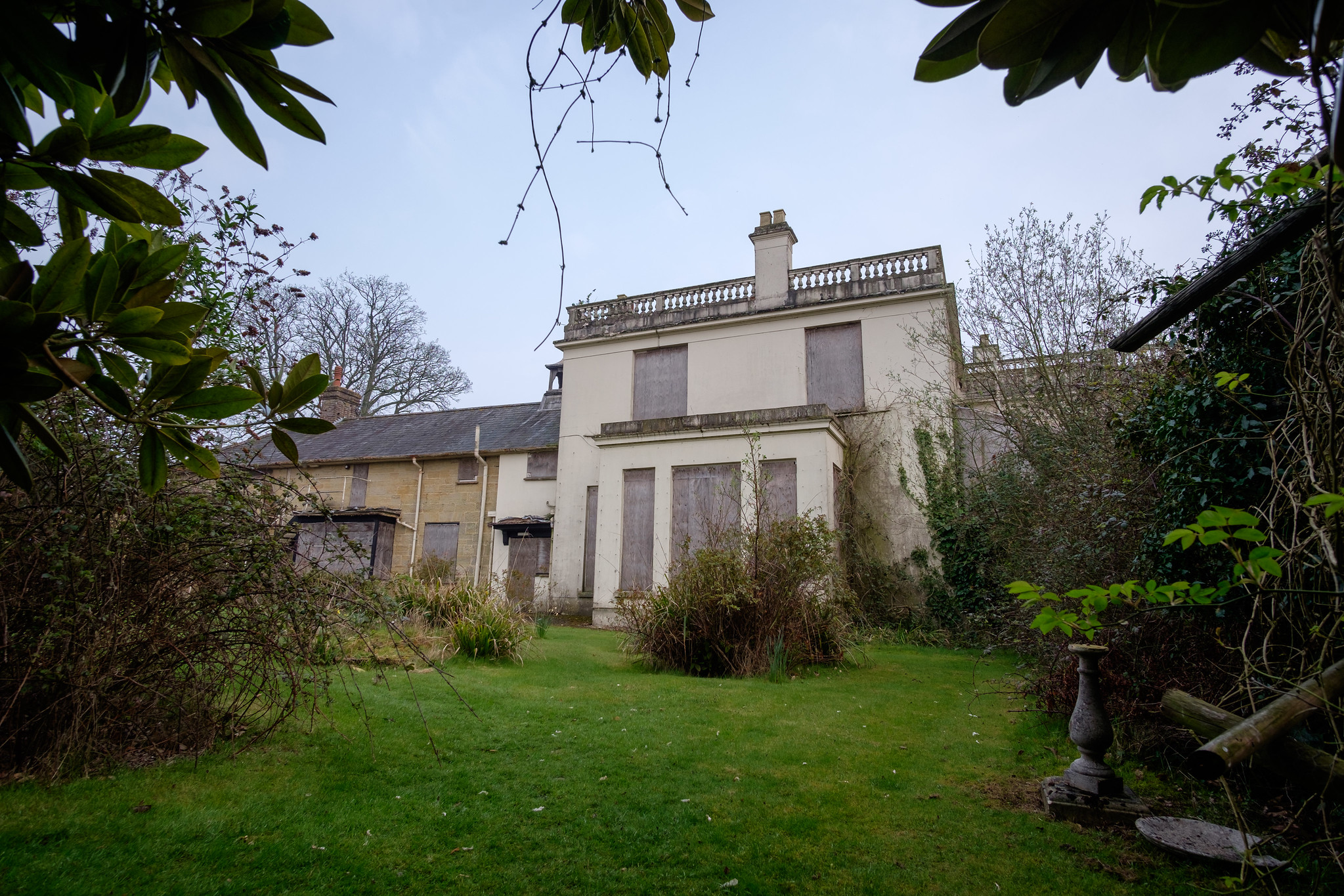 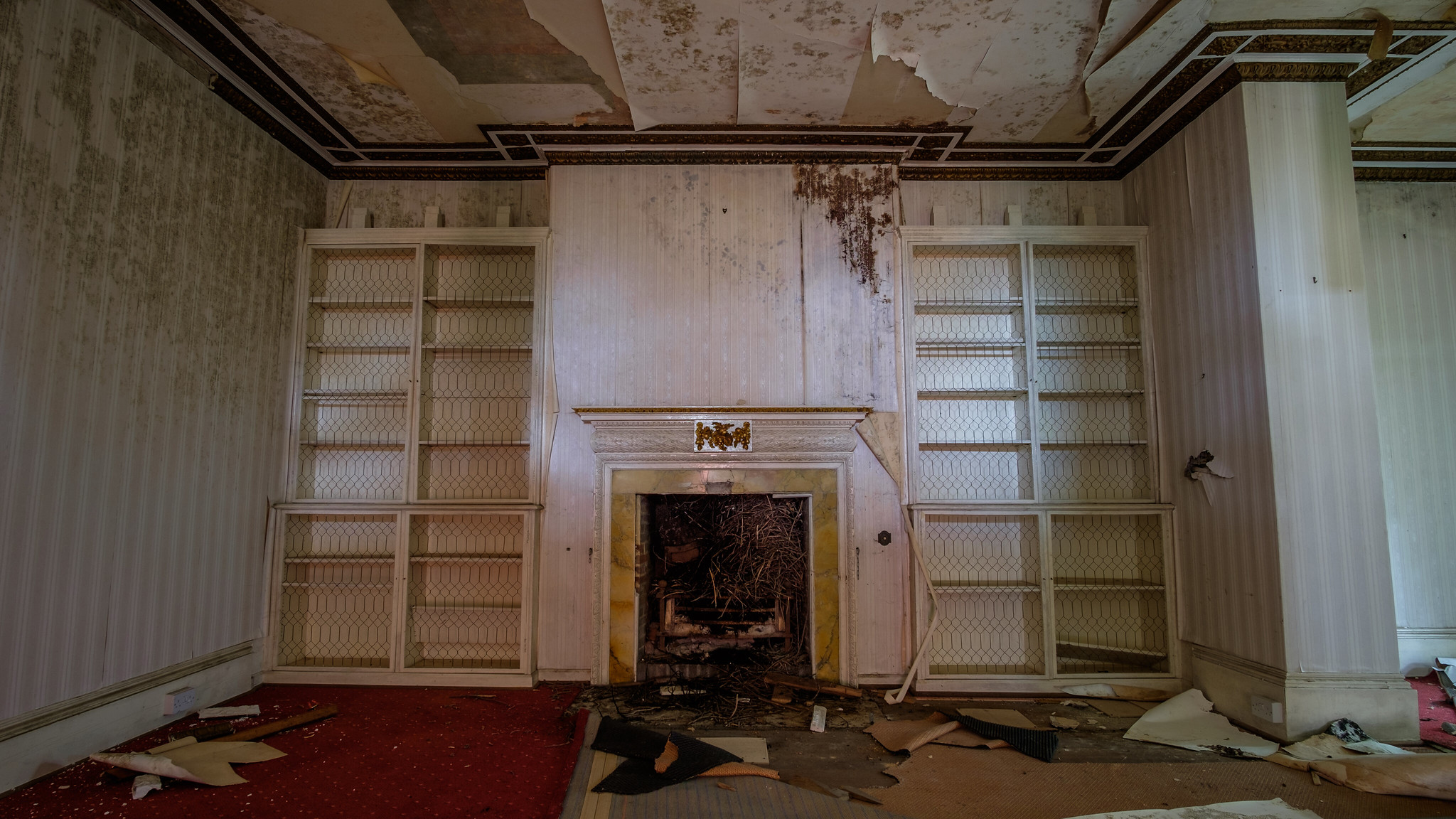 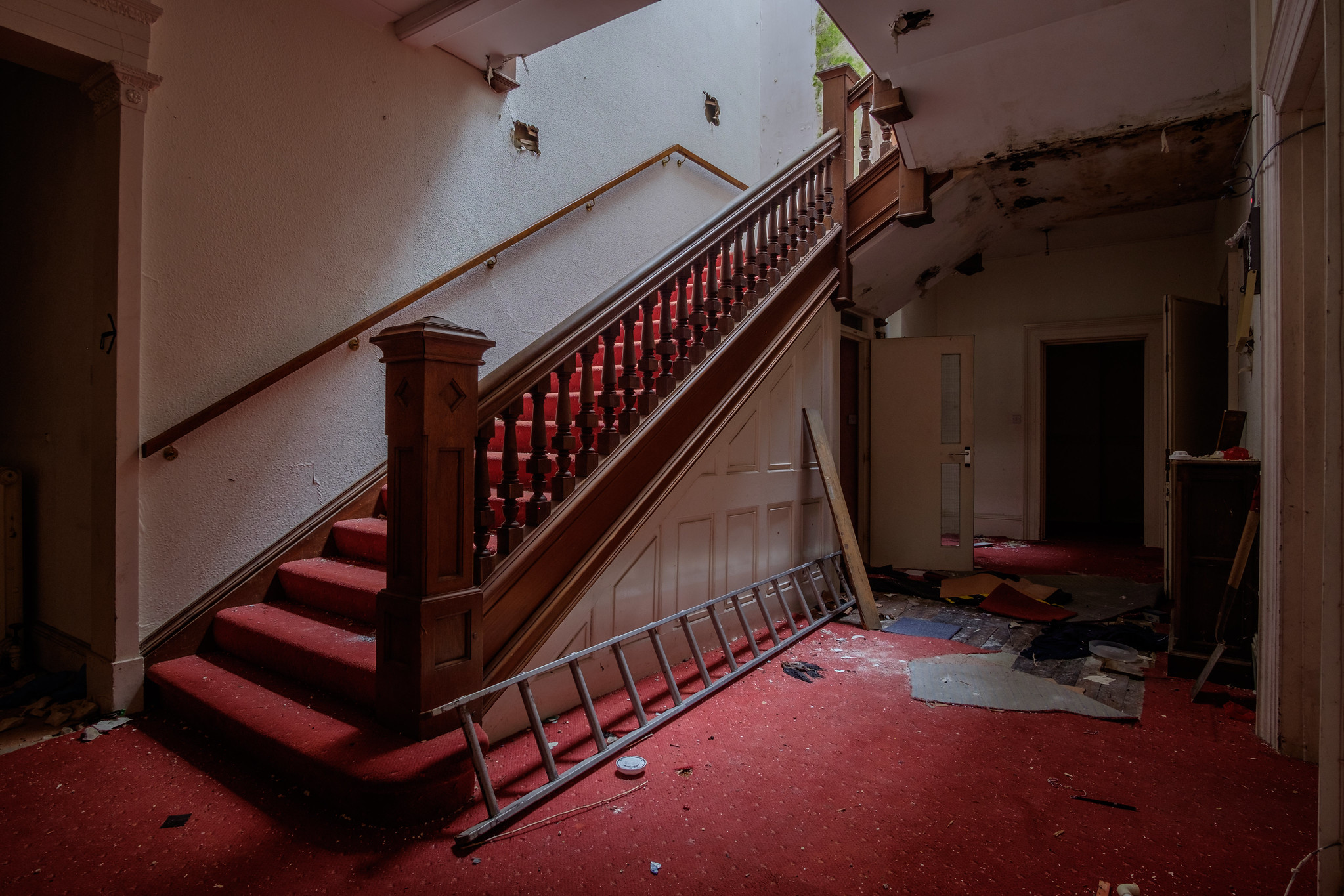 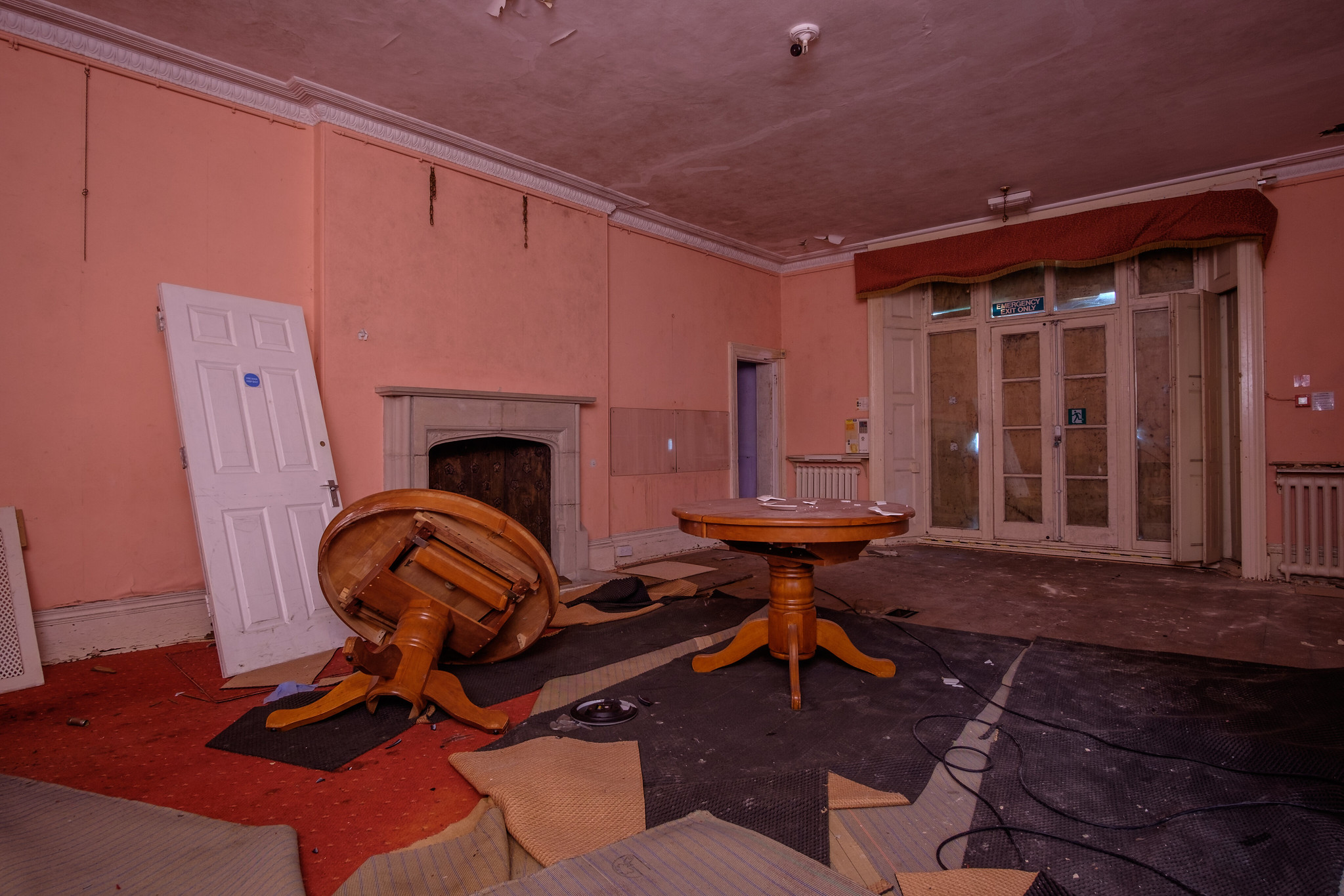 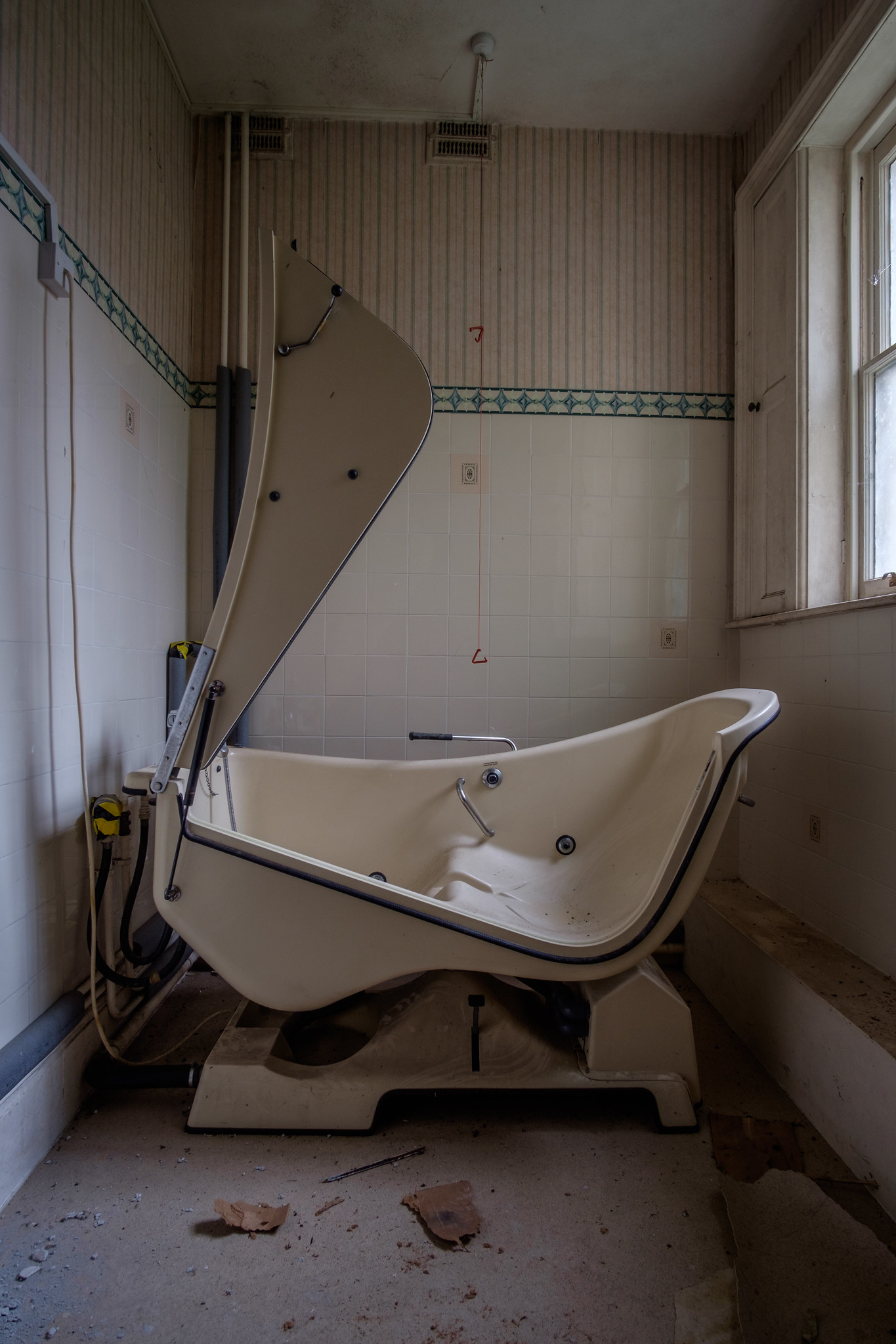 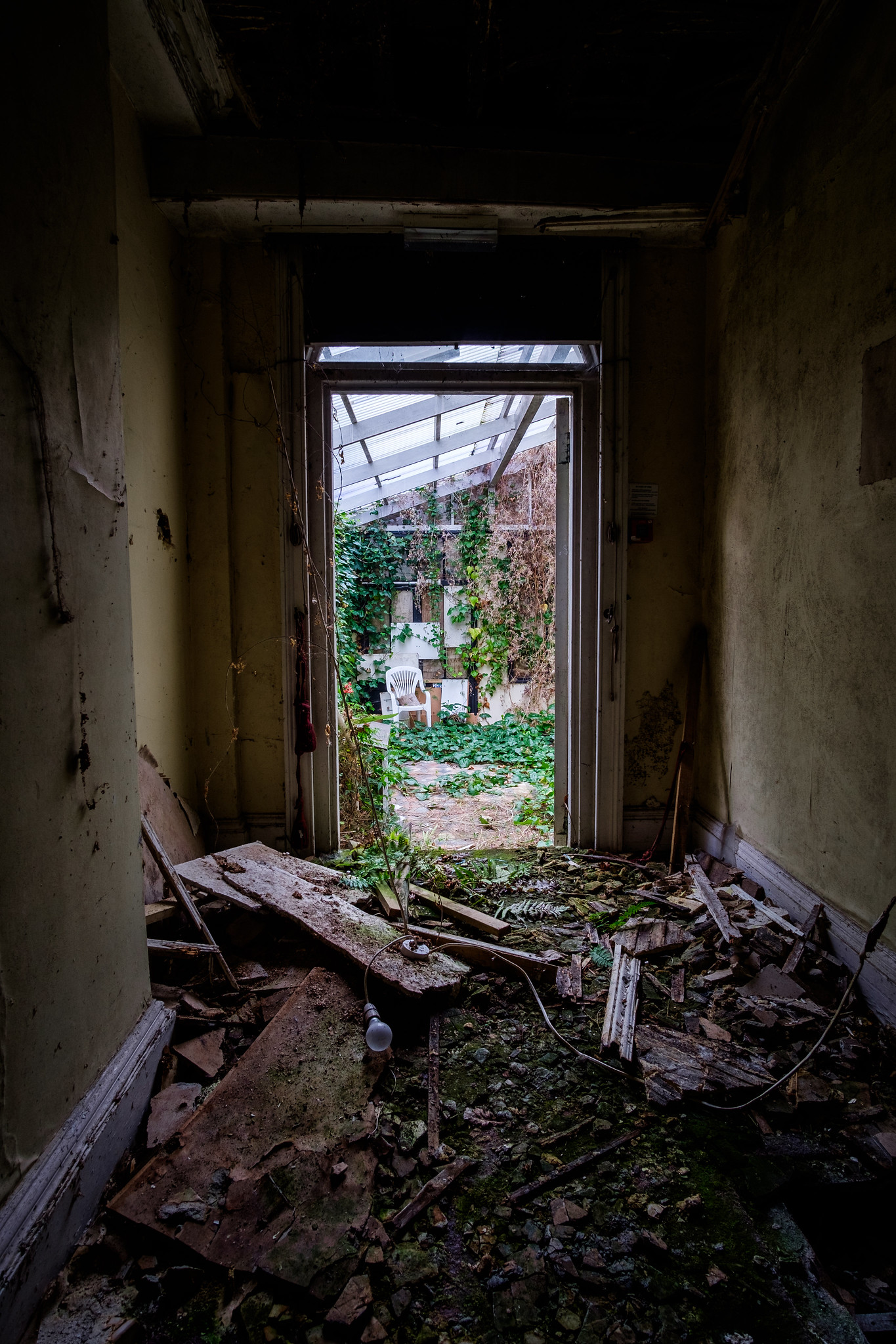 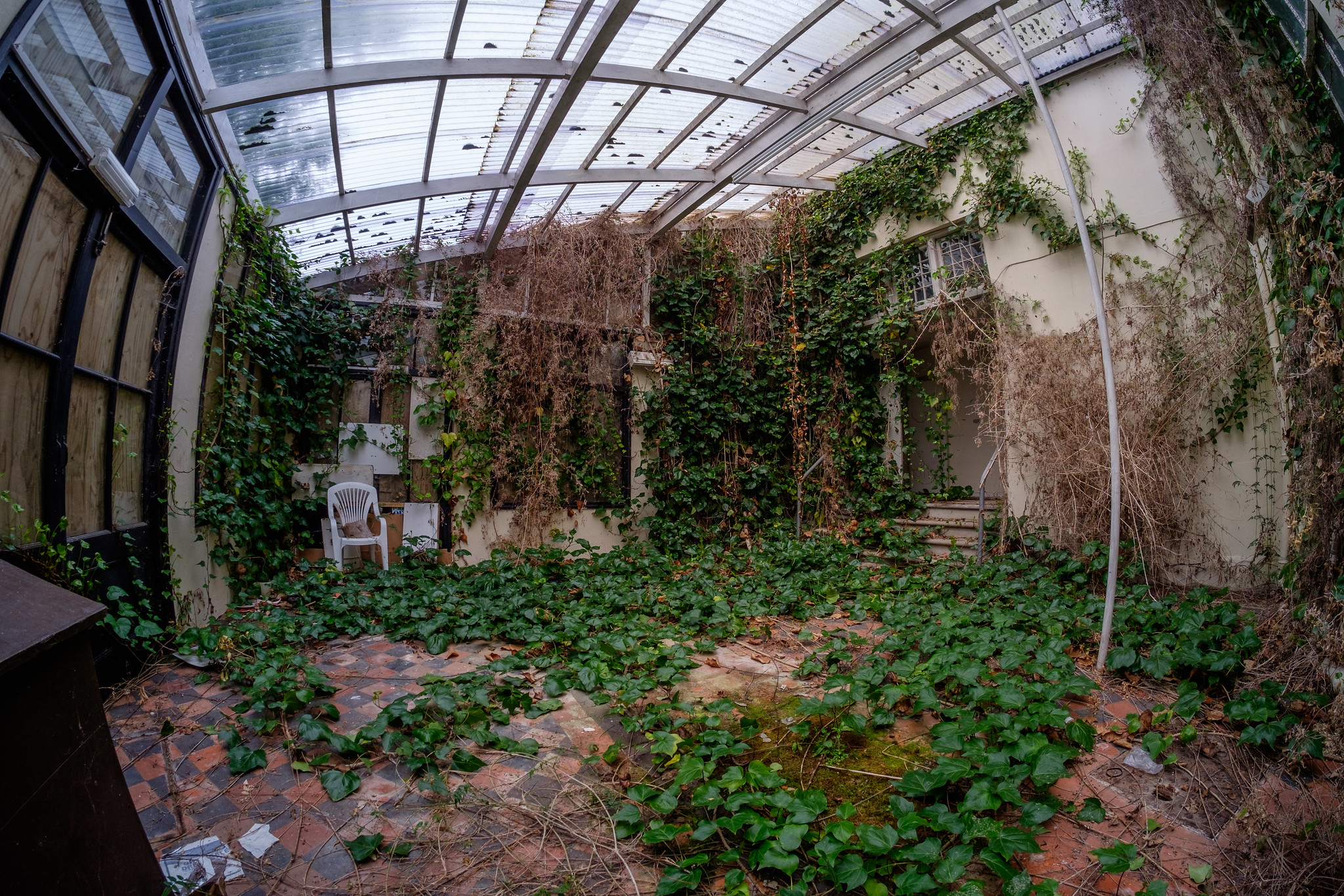 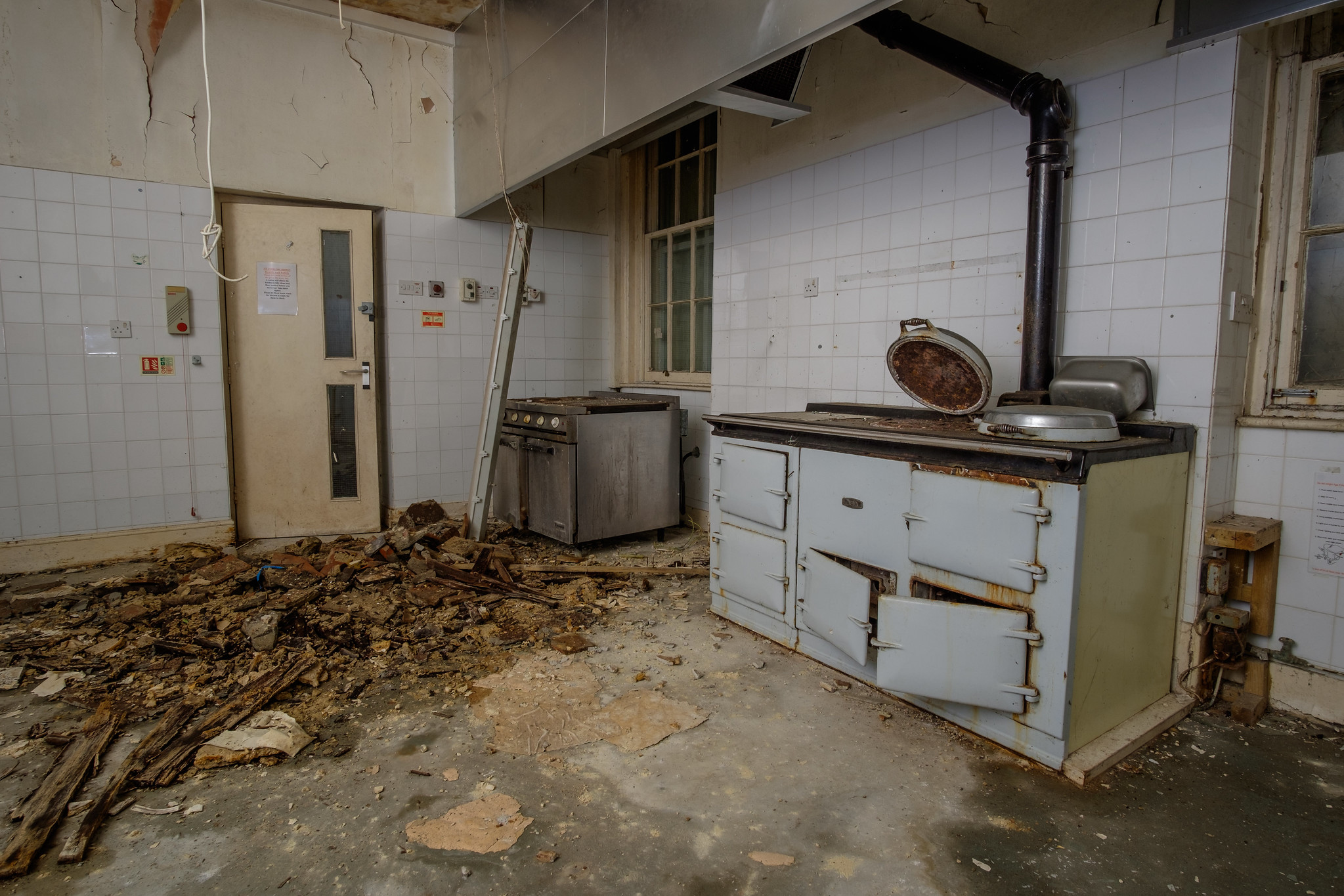 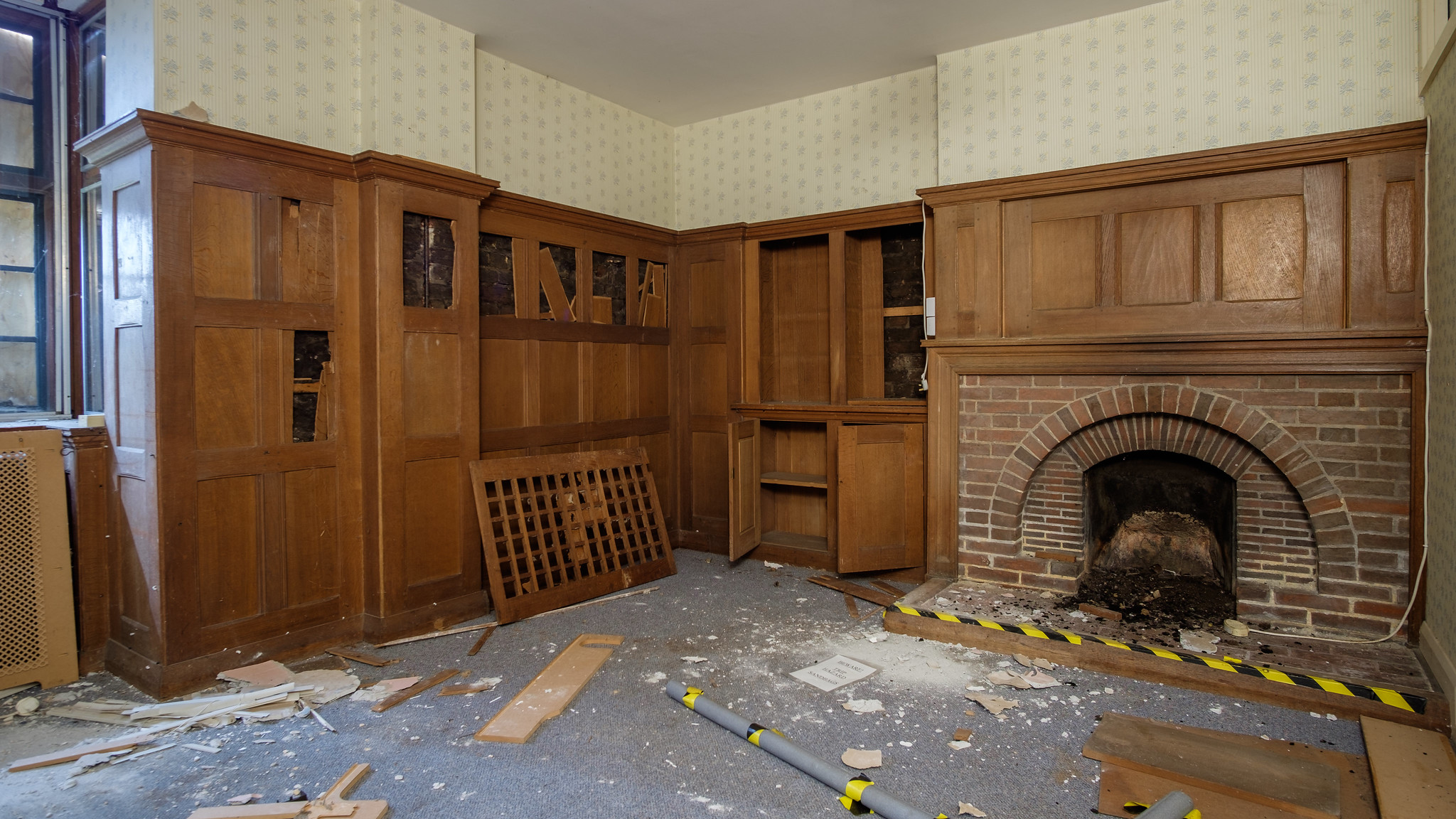 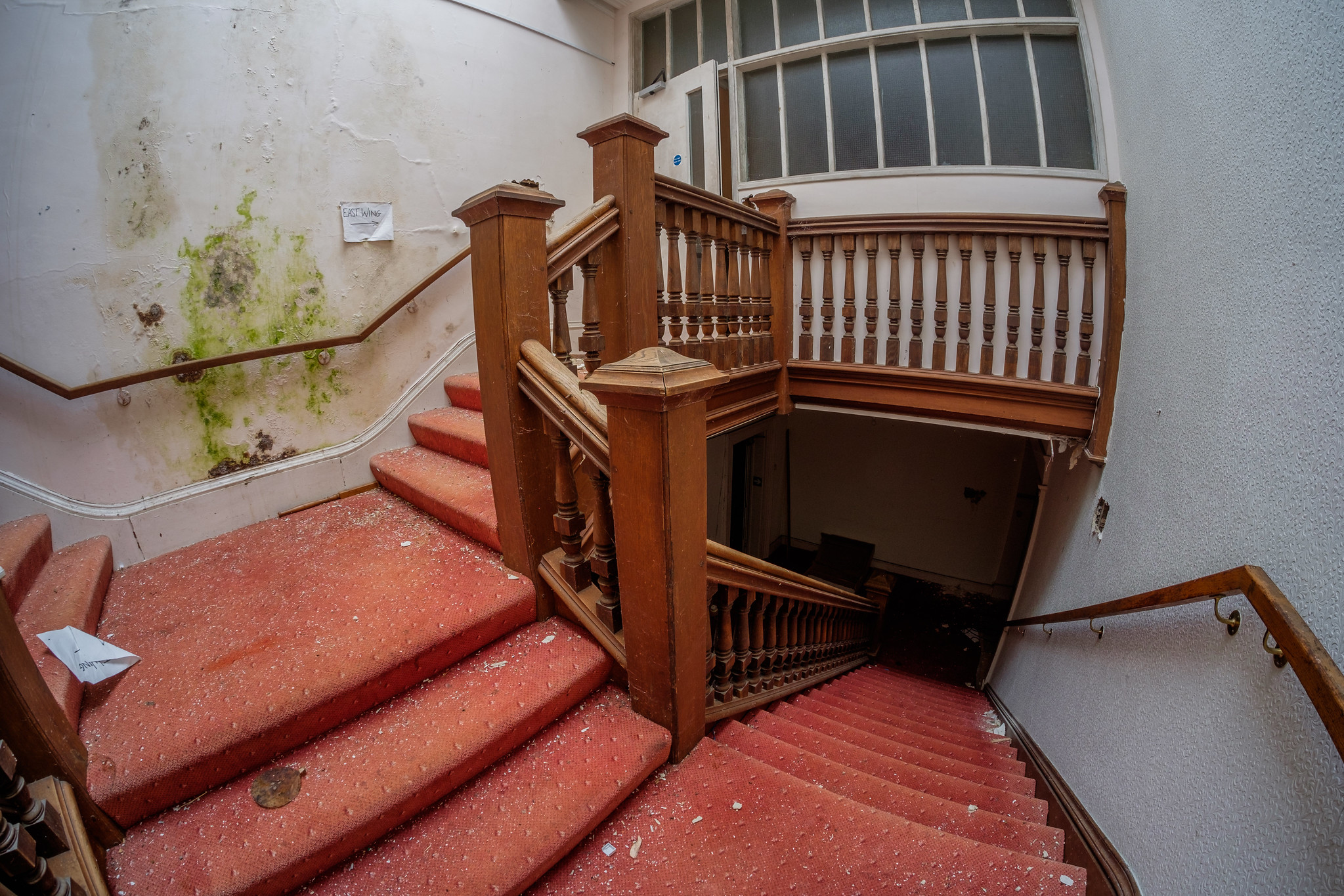 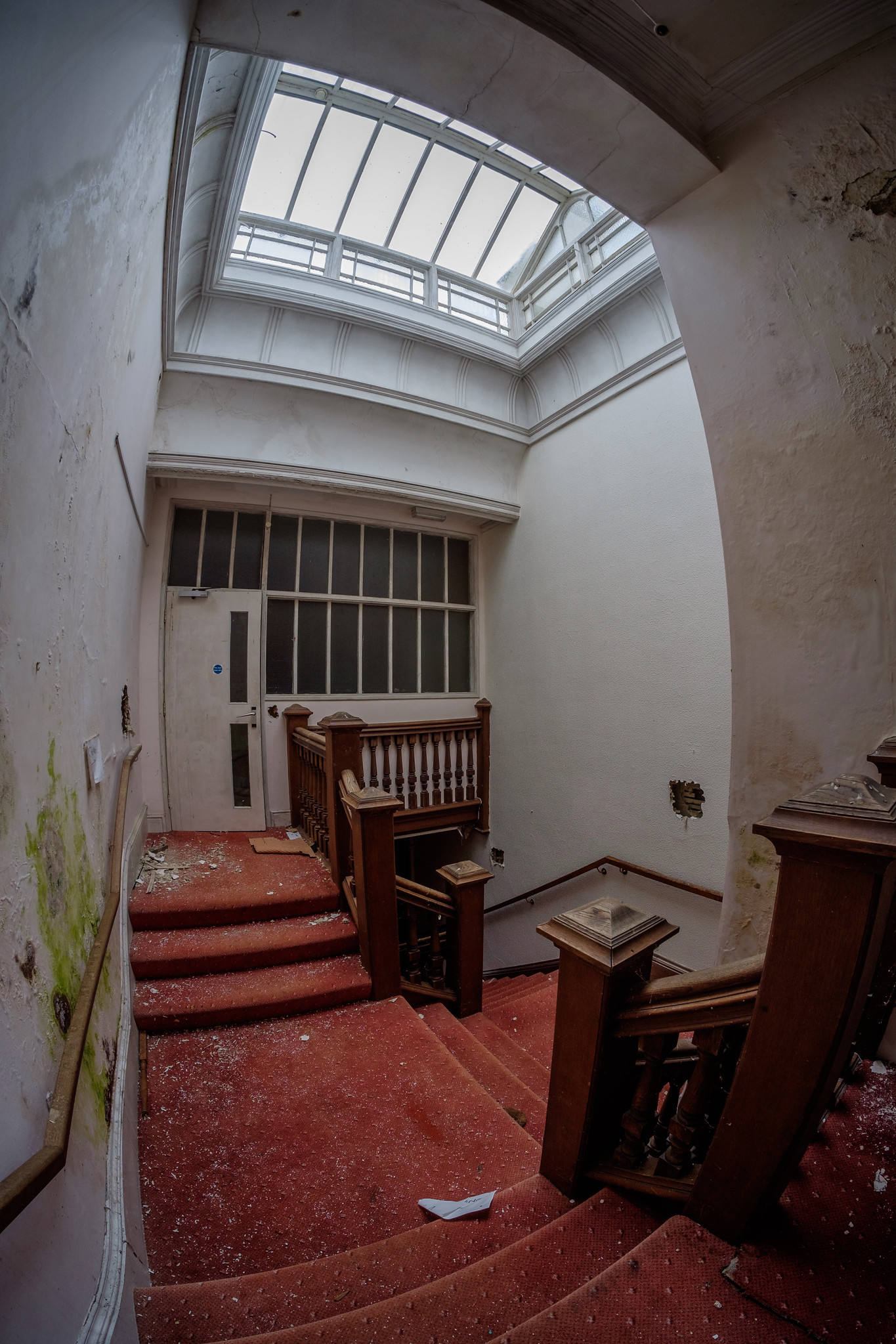 Nice report all the same grom

28DL Full Member
It’s one of my favourite local derps, been visiting it for years, you’re be happy to know, it’s currently under redevelopment, it’s been saved.