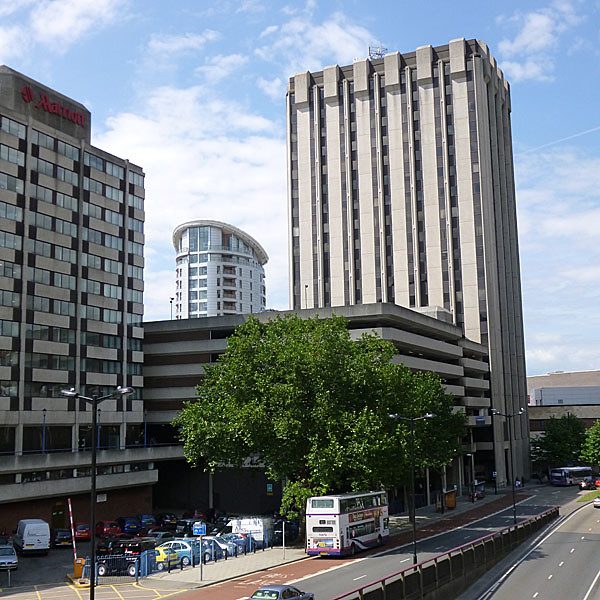 Castlemead with adjoining NCP car park in front, and the Eclipse Tower behind

Castlemead is the tallest (finished) high rise building in Bristol. I say finished because as of a few months ago, the core of the Castle Park View high rise overtook it as the tallest building in Bristol. CPV isn't due to be completed until 2022, so Castlemead can hang onto that title for another year or two at least. If you include CPV, it sits at number 3 on the list of tallest structures in the city, behind the aforementioned and St Mary Redcliffe (spire).

The building sits at a height of 80m (262ft), with 18 floors. 17 of these floors are offices, with a variety of companies using the building. Construction was started in 1973 but due to a recession in the housing market, it was halted for years. It finally opened in 1981. Many Bristolians think that the brutalism design is 'truly hideous' with it being branded one of the cities biggest eyesores. I quite like it personally, but each to their own.

As you can imagine, I'd been gagging to get up this one ever since I started exploring. In fact, I'd been wanting it since before I even knew climbing cranes and chilling on rooftops was actually a thing - there's just something about it. It's the best viewpoint in the city centre. It had been a looooong time coming.

Not my finest hour with the photos unfortunately. I was on a time limit as it was date night and I was due at a restaurant a few yards from the tower for 7.30; I didn't even make it to the top until 6.45! I snapped away quickly - only using a tripod half of the time, and they're nearly all over exposed

I made it with seconds to spare - it wouldn't have gone down well to miss it for a date with a building, even one as prolific as this... I think she was just being polite by not mentioning the fact that I was dripping in sweat after bolting it down the stairs 4 at a time! 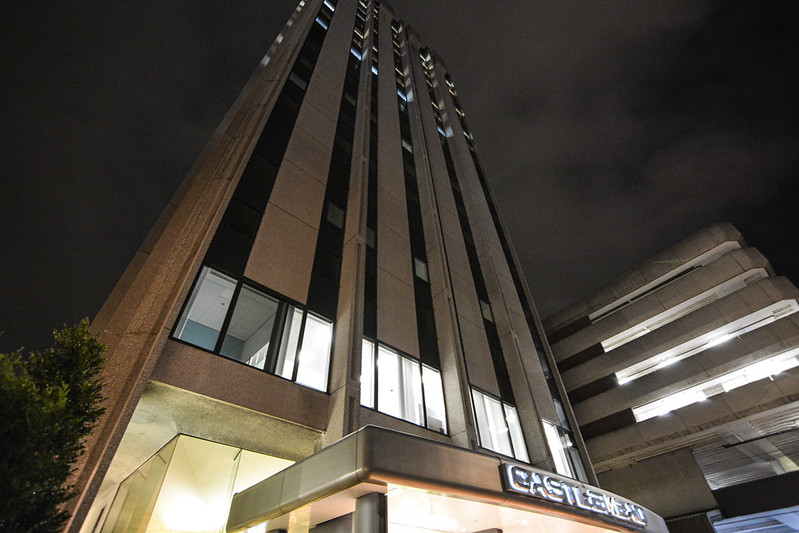 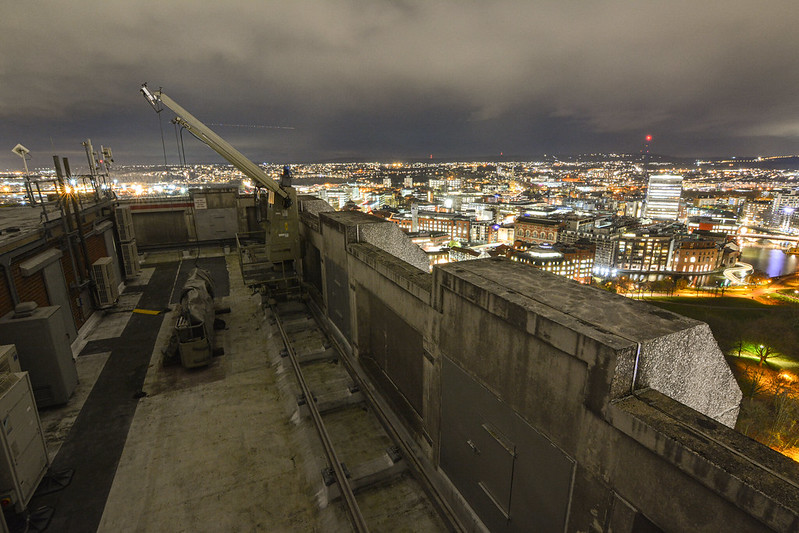 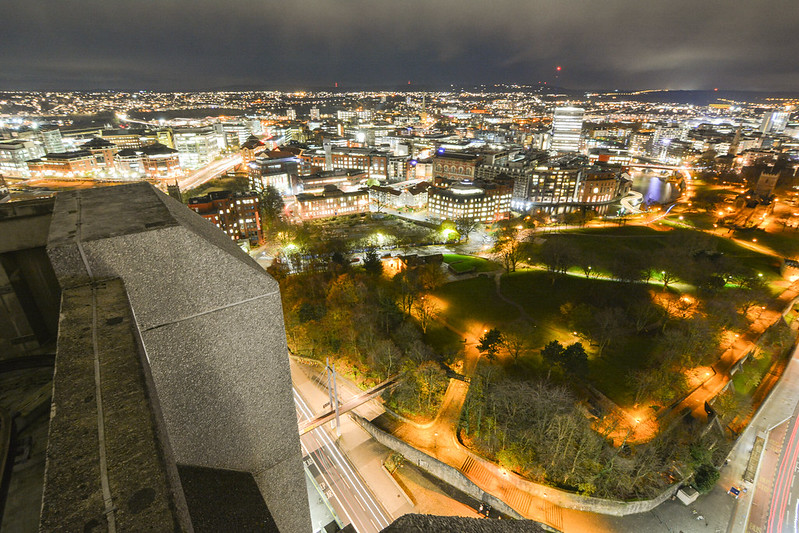 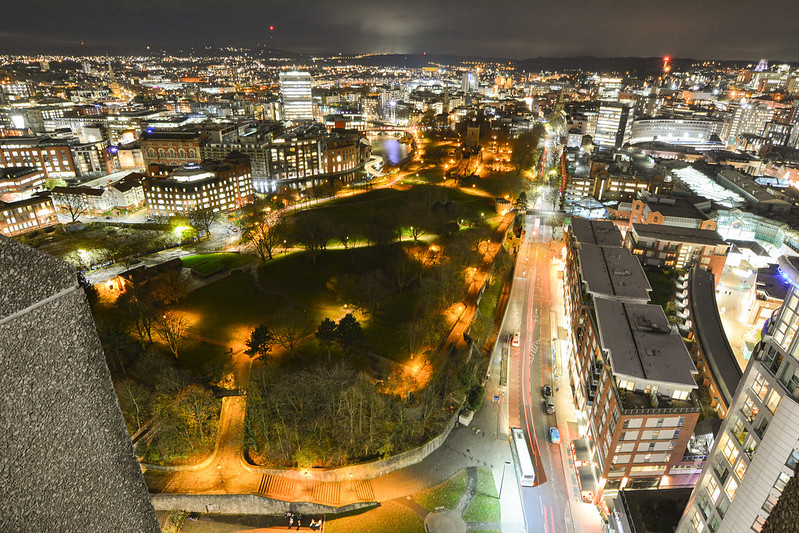 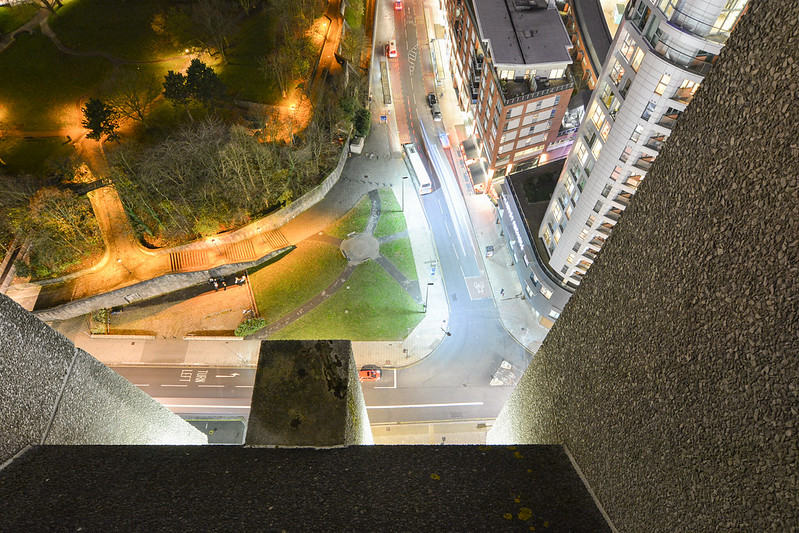 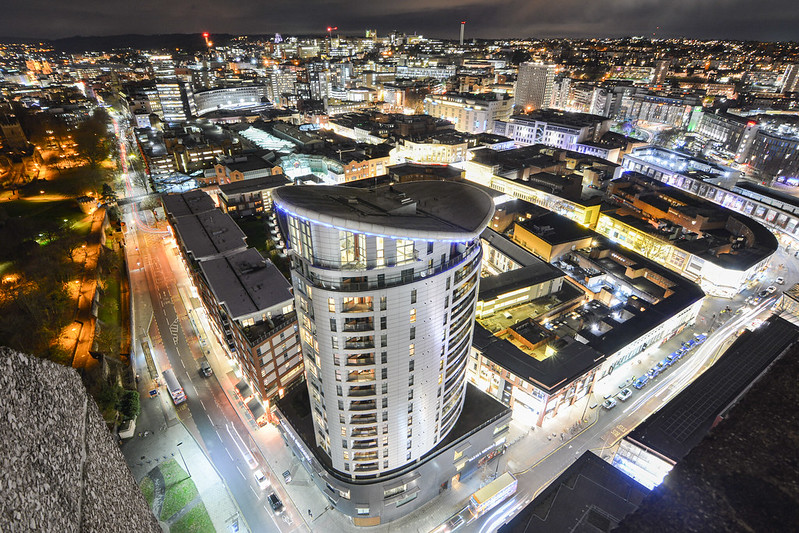 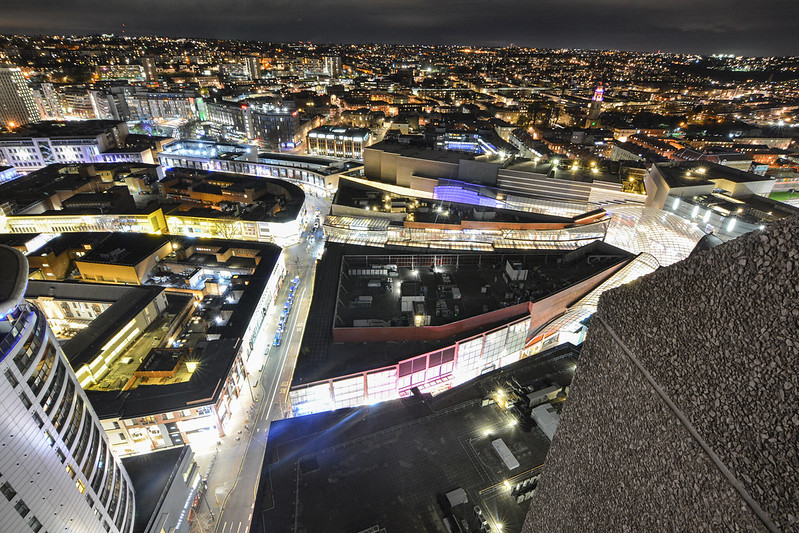 Again, but looking out towards M32 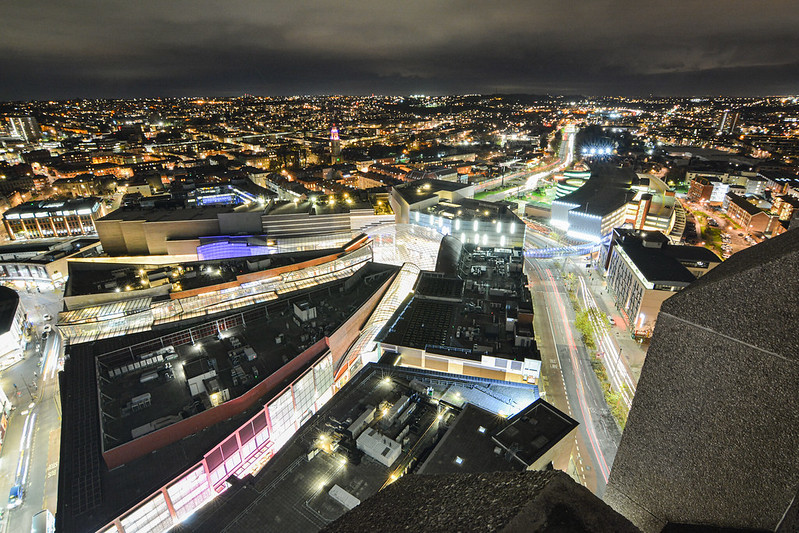 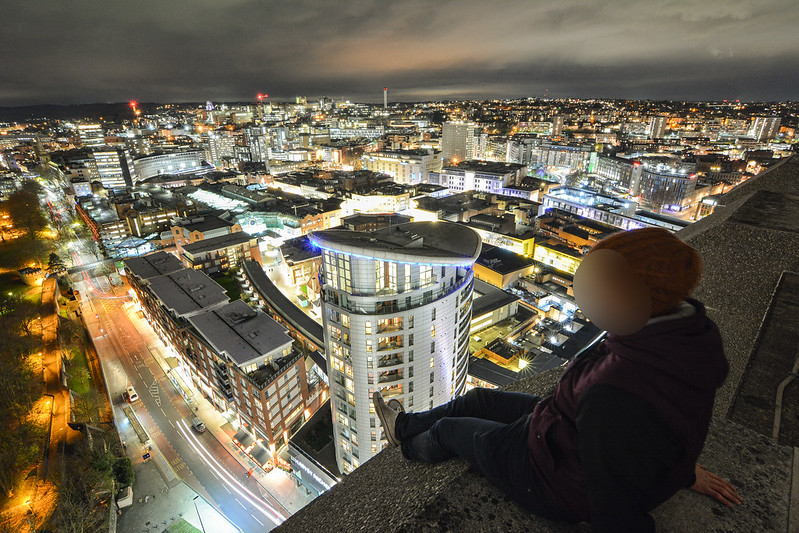 Now, about that new tallest building...