Regular User
Anyone that's been here will know that the access is a bit of a pain, especially with the lurking neighbours around the back, which is the main reason it took us so long to visit this photogenic leisure centre. 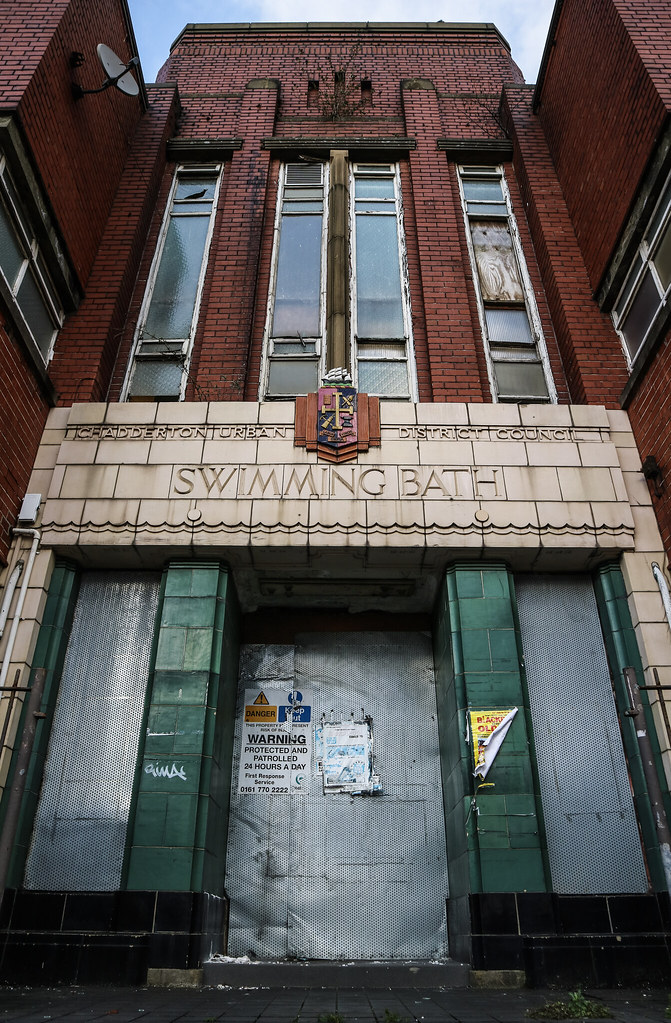 The Art Nouveau Chadderton Baths was a public swimming facility opened in 1937. Henry Taylor, the British Olympic freestyle swimming triple gold medalist and champion was an attendant at Chadderton Baths where many of his awards were displayed. Chadderton Baths were closed indefinitely in 2006 after a structural survey found faults which could have put the public at risk. Chadderton Sports Centre, built onto the Baths, was closed and replaced by the Chadderton Wellbeing Centre in January 2010. An application to demolish the Baths was made in March 2011. The Chadderton Historical Society has tried unsuccessfully to save the abandoned building, which Oldham Council is reportedly set on demolishing, despite the wishes of Chadderton residents and support from local councilors.

Once we had entered the property, moving into the swimming pool area led us into the path of four or five portrait photographers conducting a shoot with permission and keys. Luckily they didn't mind us being there although I think they were confused at first as to where we had came from. We should have just knocked on the door! 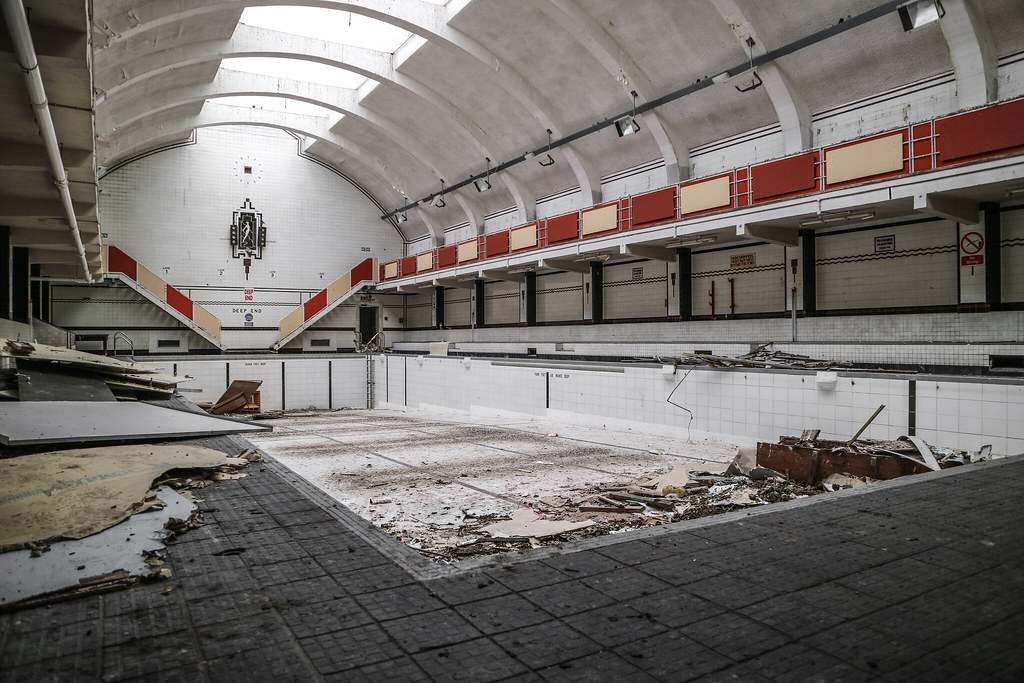 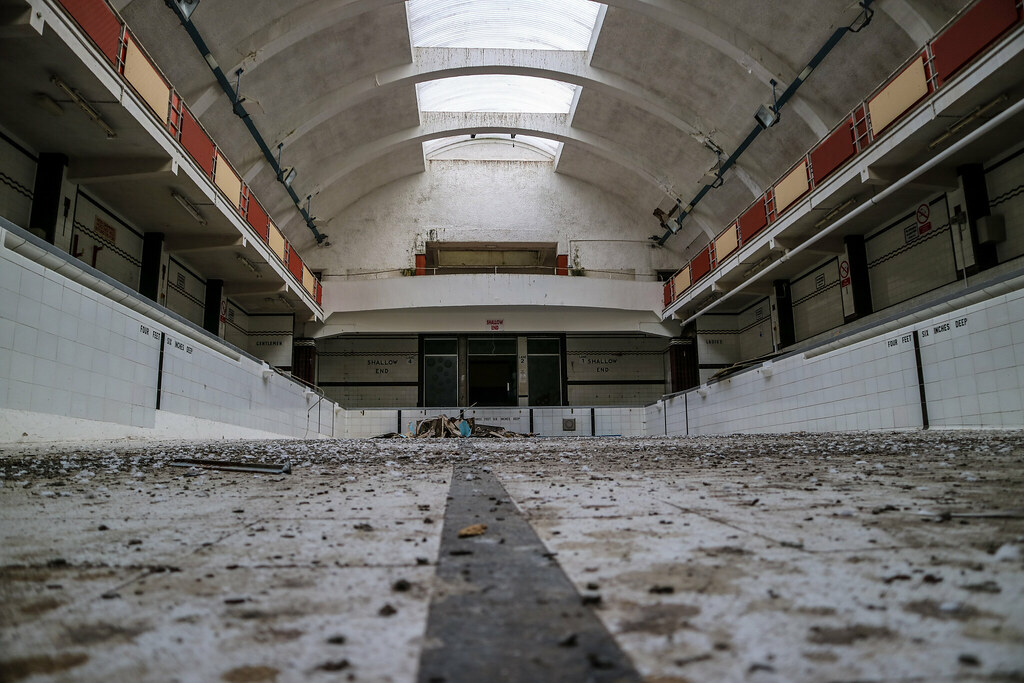 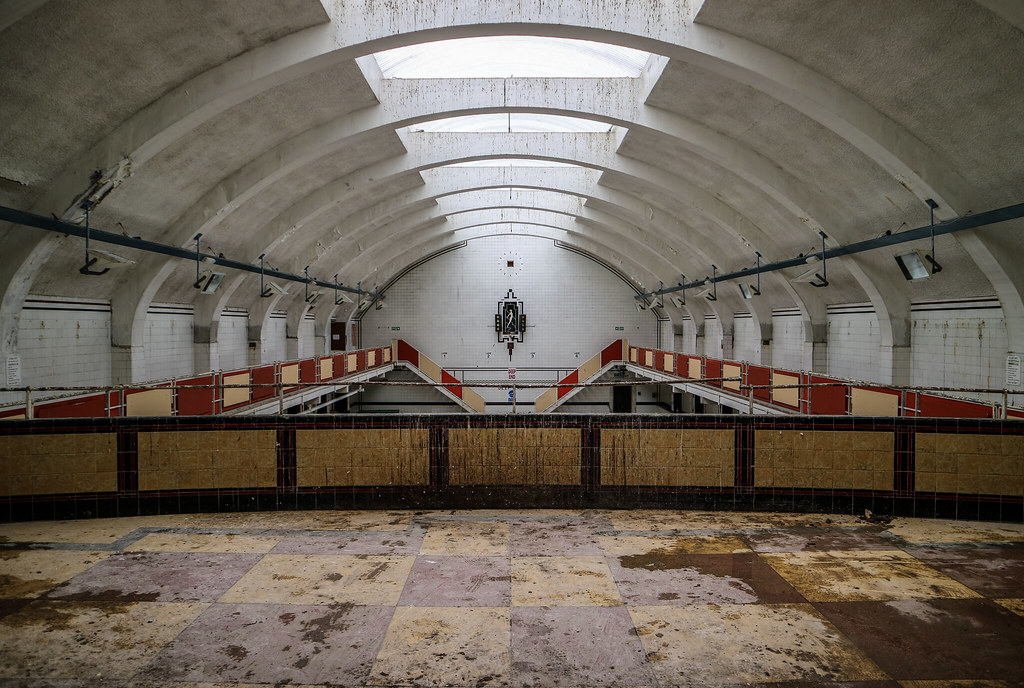 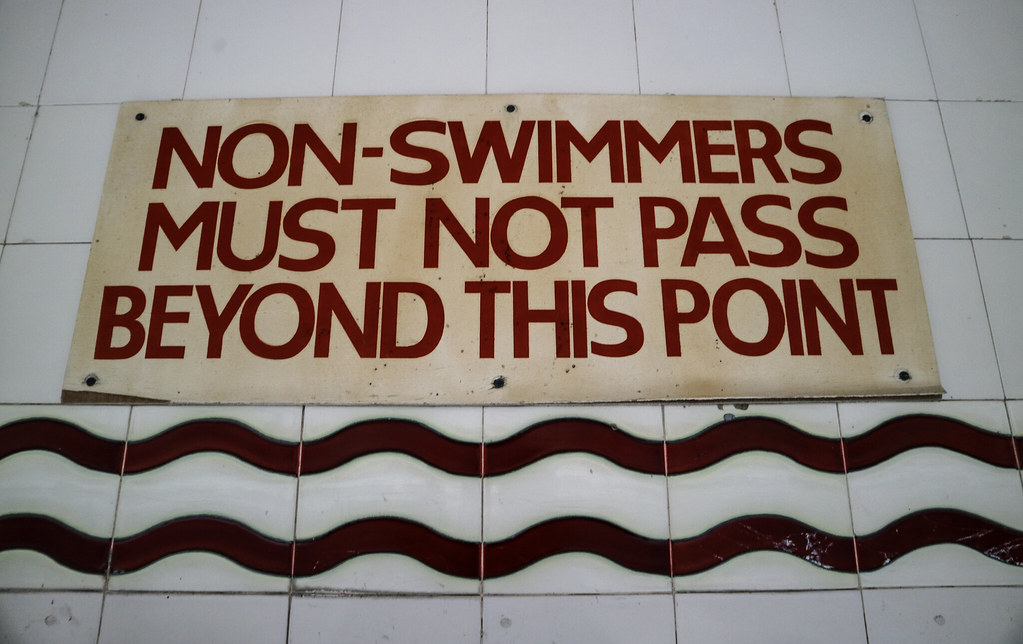 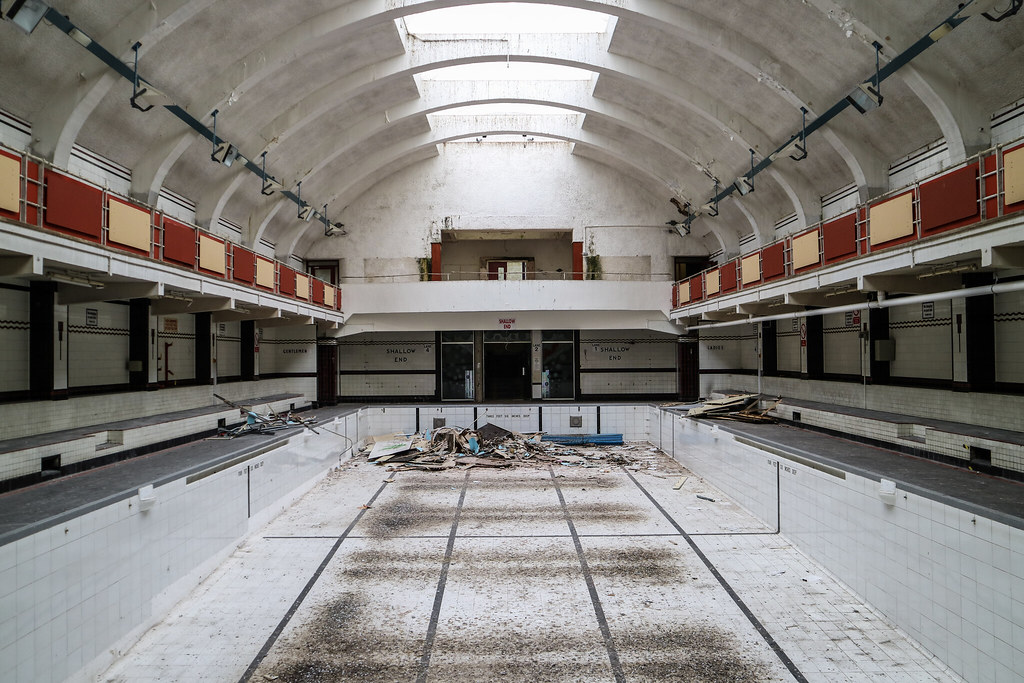 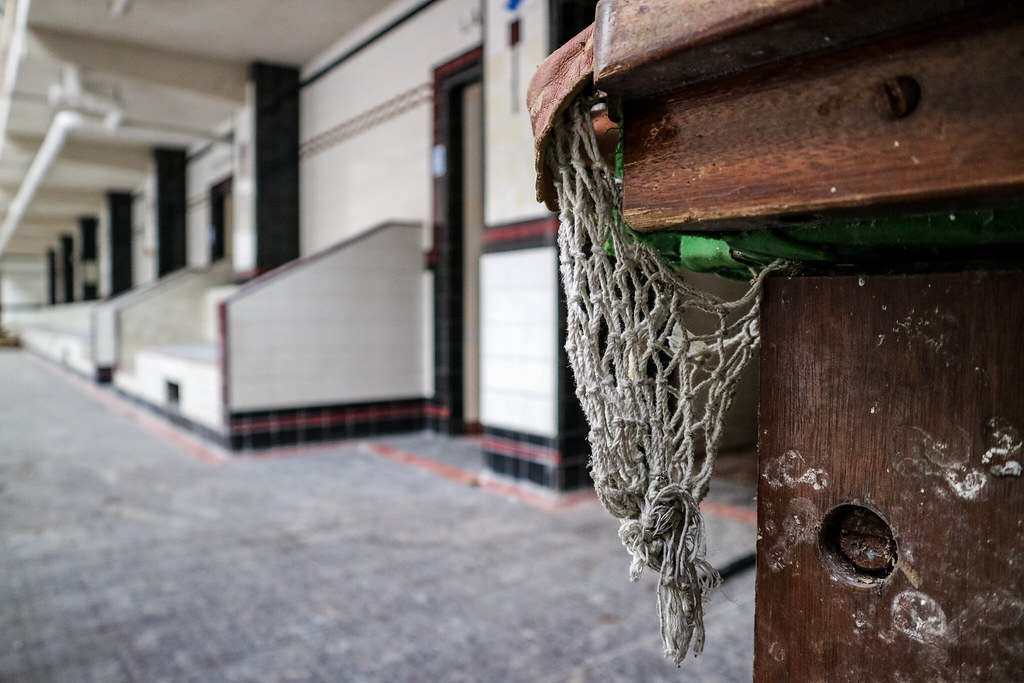 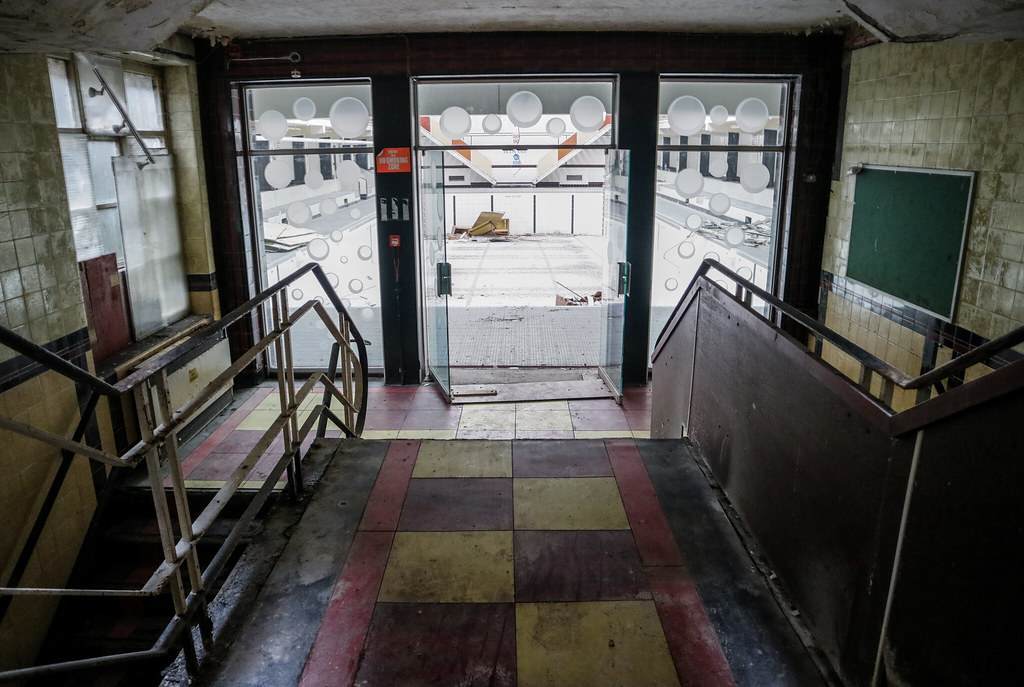 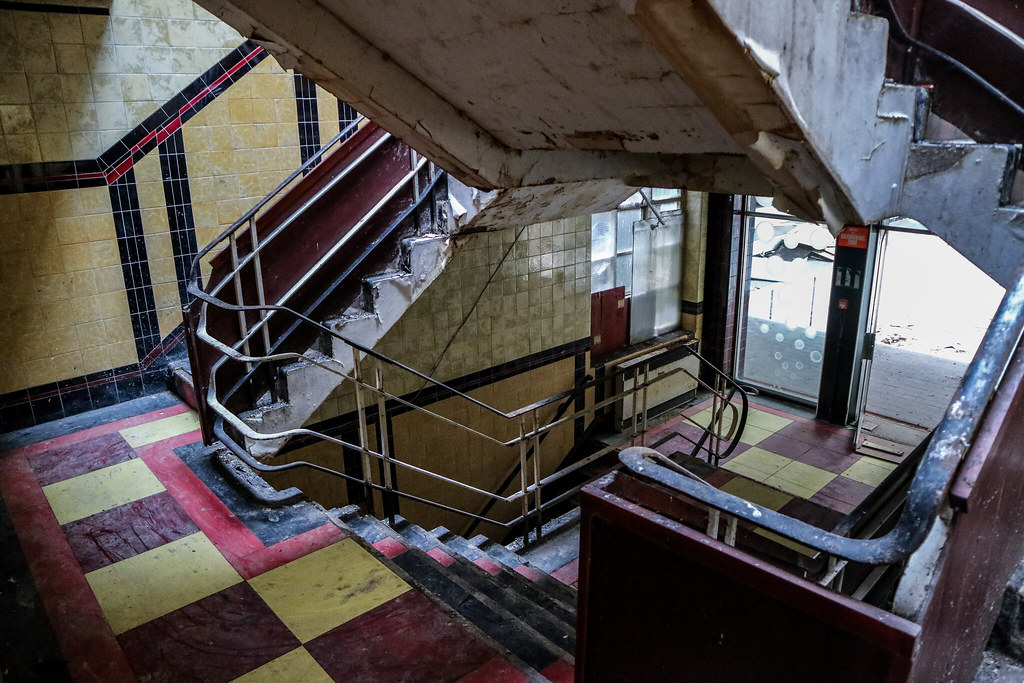 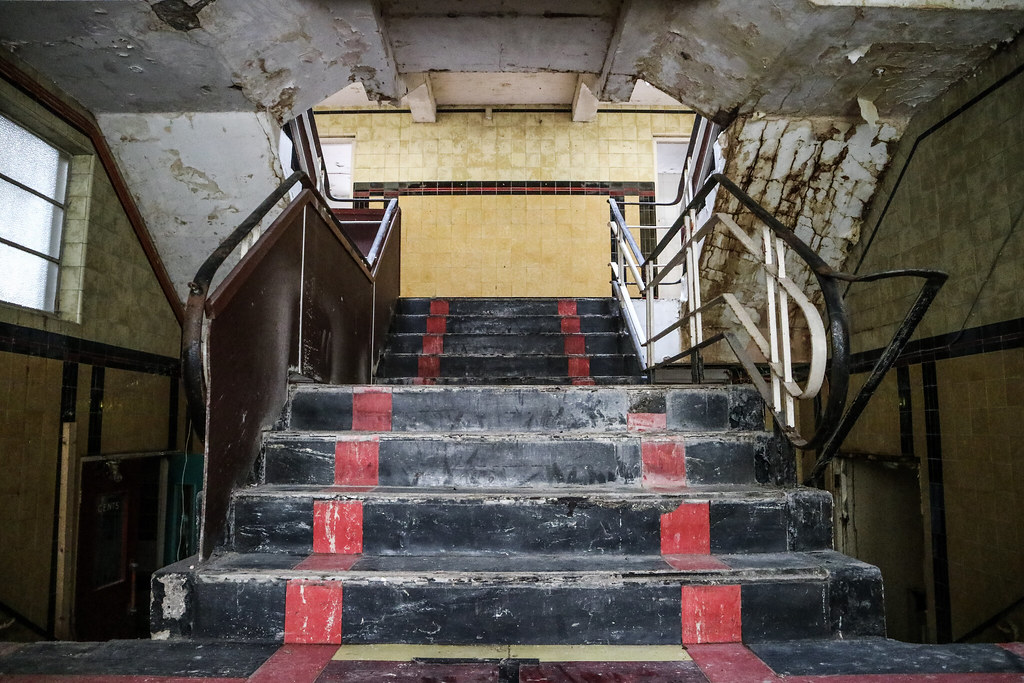 The additional sports hall building, which remained open after the baths were closed down in 2006. Power worked in here for some reason, so we could have a good kick-about in the hall 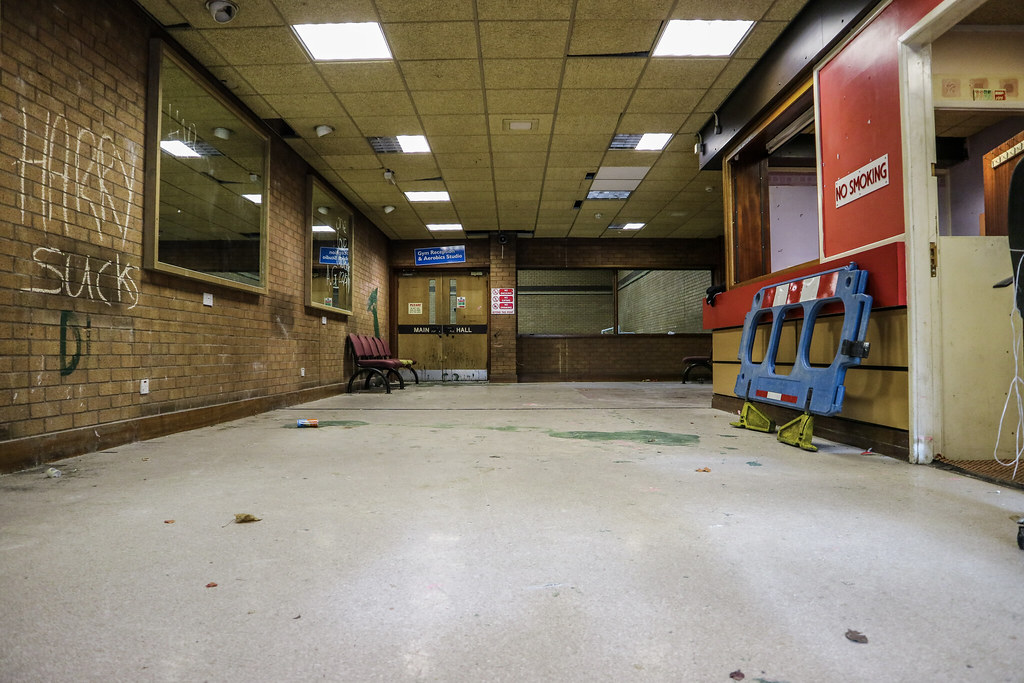 (taken before the lights came on... also lit with a phone torch...) 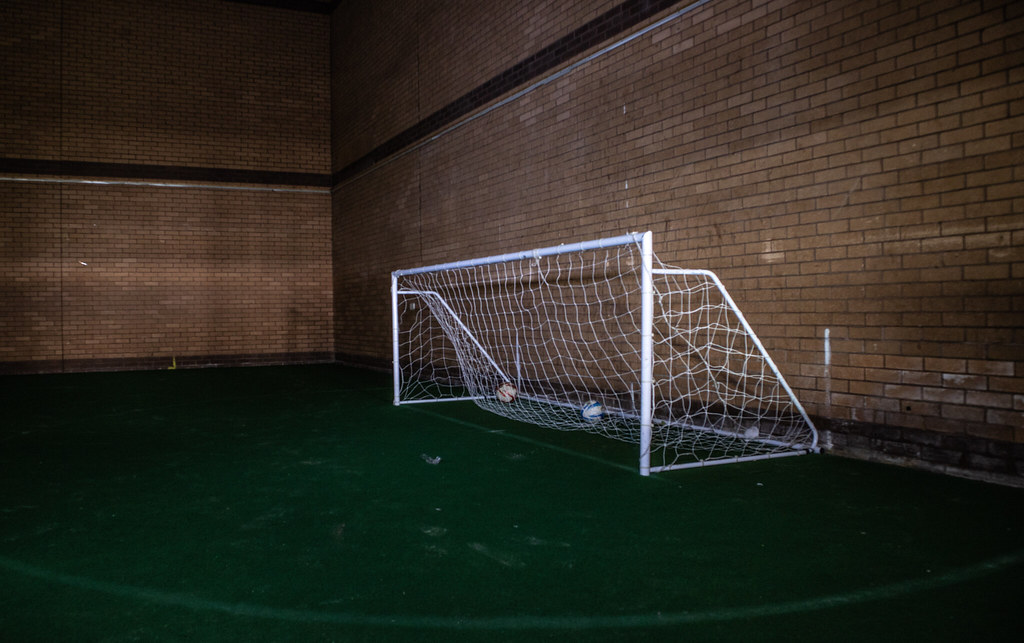 Here's the link for our documentary styled video of the exploration. We cover the building's past, present and future through cinematics and narration:

Regular User
Quite possibly the world's prettiest swimming pool, or at least in hot contention for that office.
More flotsam and jetsam gathering by the month as is customary with any derp bath house. Where on earth has the trampoline gone though?
Zone 101

Olkka said:
Quite possibly the world's prettiest swimming pool, or at least in hot contention for that office.
More flotsam and jetsam gathering by the month as is customary with any derp bath house. Where on earth has the trampoline gone though?
Click to expand...

I have no idea to be honest, was looking forward to having a jump around...

Olkka said:
Quite possibly the world's prettiest swimming pool, or at least in hot contention for that office.
More flotsam and jetsam gathering by the month as is customary with any derp bath house. Where on earth has the trampoline gone though?
Click to expand...

'Tis a good 'un.. now I know Victoria baths has been restored, but that place is a beaut. and right up your street also
Ojay@28dayslater.co.uk‏​

Regular User
Yeah its top this one. Probably for the best people were in with keys atleast they will have turned that bloody alarm off going into the sports hall. Nice report man.

I saw yesterday on facebook that this has just been torched too. I think its the sports hall side, not sure how much damage has been done.

As @Ojay says @Ollka victoria baths is the one! Its part restored but you can just go in and have a wander about the place its a beauty. I usually go to the vintage furnite show there and buy all th g plan.

28DL Member
Saw on the last report the concern about the asbestos. I was in there about a year ago (legally) and it looks like it's the same sprayed coating to the ceilings that plagued the various baths around the Manchester area. I'd be aware of that stuff if you're mooching about in there as it's getting worse year on year.