Death Valley is Mine

28DL Full Member
Chloride City arose out of silver discoveries in nearby Chloride Cliff in 1873, the earliest of the Death Valley mines. The mines of this small community struggled on for a few years, but by 1880 none were working and everybody had moved on. The Rhyolite (a very famous ghost town nearby) excitement of 1904 brought in new capital. The Chloride Cliff Mine was bought by investors in nearby Rhyoliite and re-opened in 1908. Sufficient ore was produced in subsequent years to warrant the construction of a cyanide mill in 1916. It is questionable whether that investment paid off, as by 1918 the camp was deserted again.

Access to Chloride City Mine is on a track classed as â€˜4x4 and high-clearance onlyâ€™ â€“ and trust me, this is a necessity. The road is about 6 miles from the Daylight Pass (main route into Death Valley). We didnâ€™t see anyone on this trail the whole time and it was by far the toughest trail we took on in our rental SUV. If you are in a stock rental car, bear in mind youâ€™ve probably signed to say you wonâ€™t leave the tarmac, so be extra careful on this road. It would be easy to screw up. There are some good axle-twisters, so expect to find your front / rear wheels leaving the ground as you make your way up the track.

Anyway, on with the pics, and for starters, a few comedy moments on the journey in: 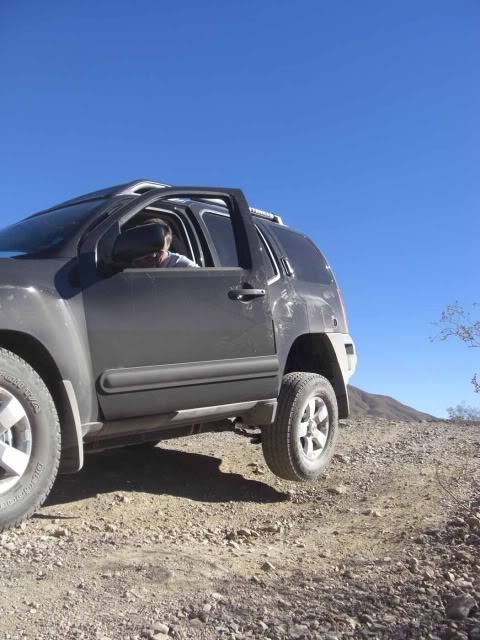 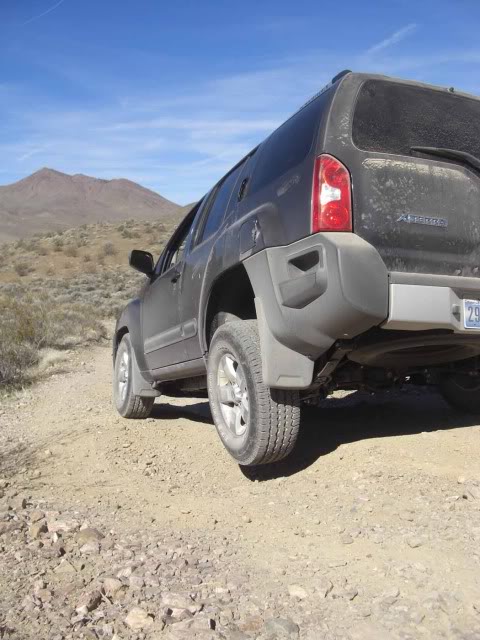 The first mine opening you come to goes straight down into the ground. It appears to be â€˜openâ€™, but the entrance is very very steep â€“ youâ€™d want a rope tethered to your car parked outside if you wanted to get into this one: 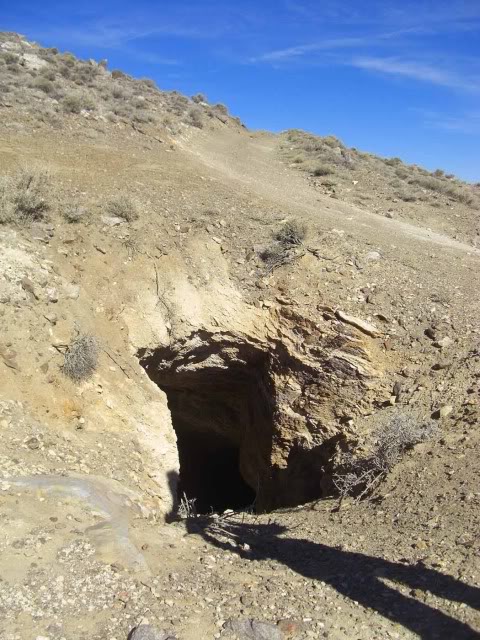 There were also other mine openings scattered around the nearby hills â€“ was tight on time so couldnâ€™t wonder too far. Quick pic from a distance: 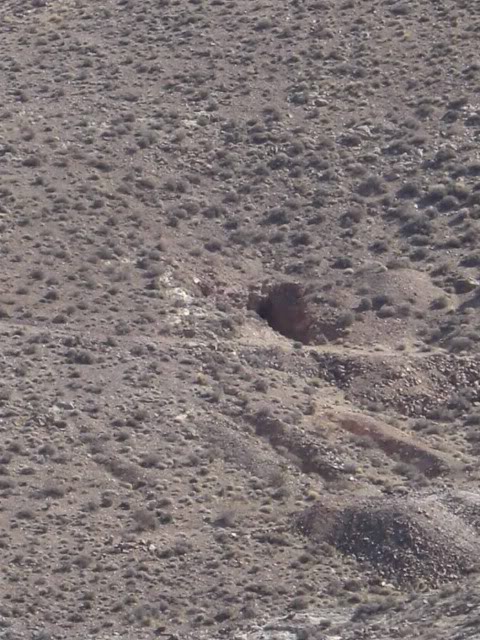 Some kind of mill is left on the hillside: 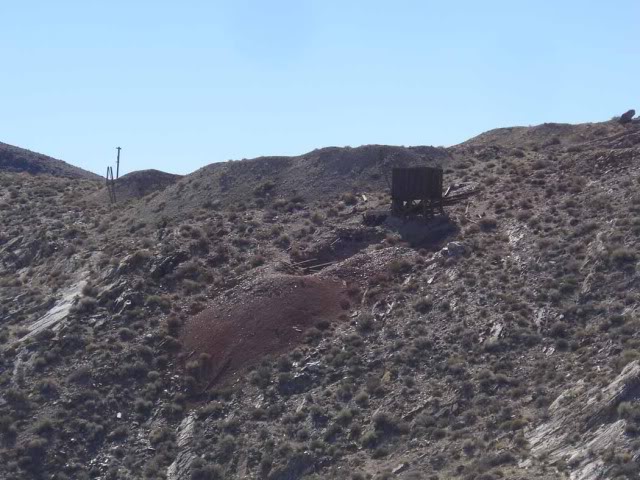 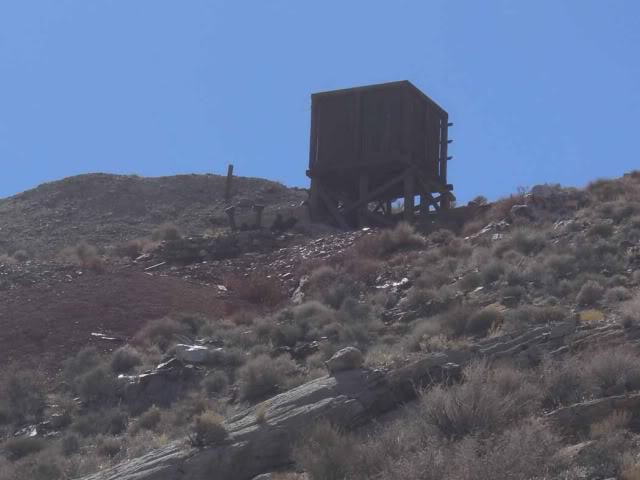 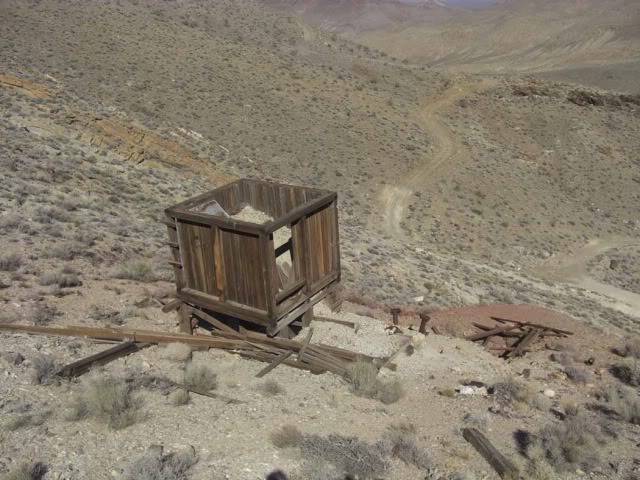 Not sure what the wooden post represented? Several old mattress springs are left dotted around the camp, plus countless rusty barrels and tins: 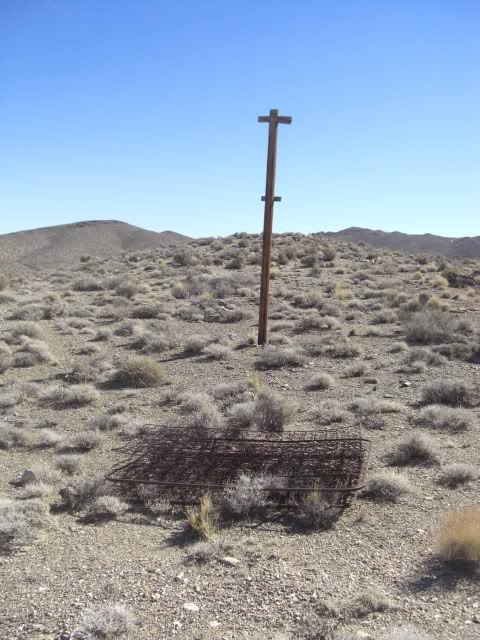 An old wooden structure has long since collapsed: 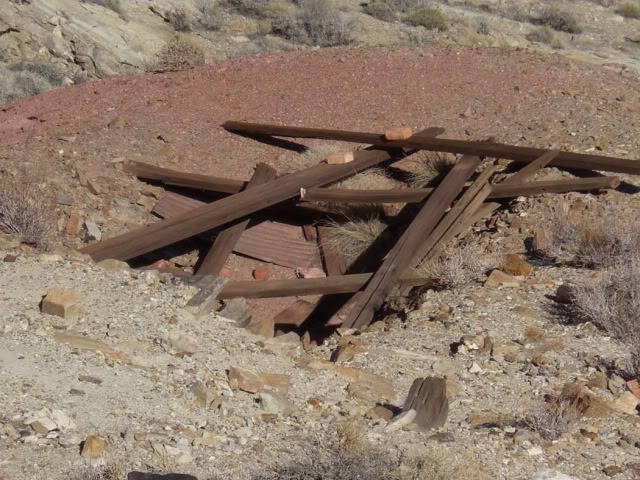 More mine openings â€“ these looked more like prospecting holes as they didnâ€™t go into the ground too far. 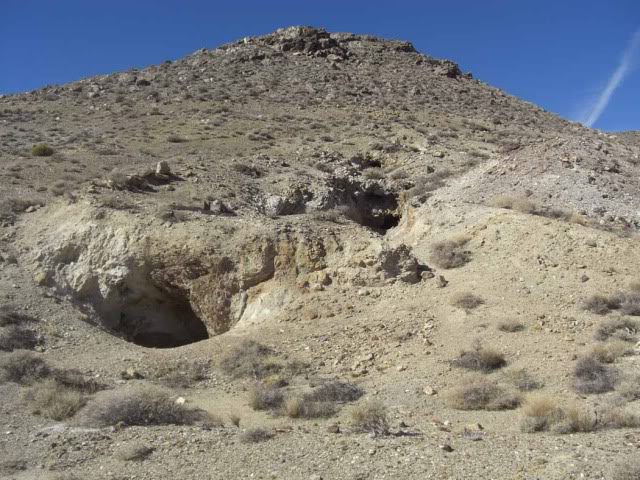 But even the smallest of gaps 'in' had been filled a few feet inside: 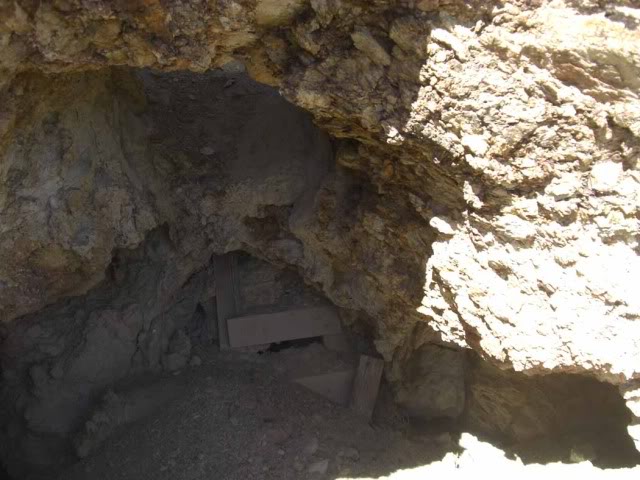 And huge piles of tailings are evident across the site: 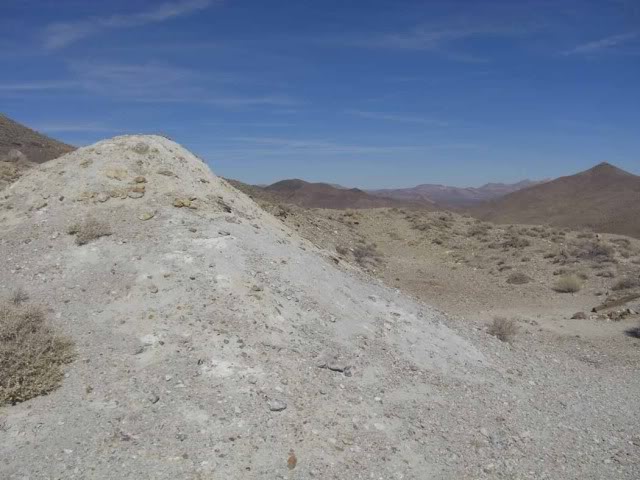 There was loads more to Chloride City, but the track got worse and we didn't trust our 'on-road' tyres to handle it. Next time - hopefully in a modified Jeep Rubicon or similar...:tumbleweed