28DL Full Member
This was high on my list to check out as it's in my corner of the world, and due to a request in another thread the check out a nearby structure, I took advantage of a fine Sunday and went exploring. 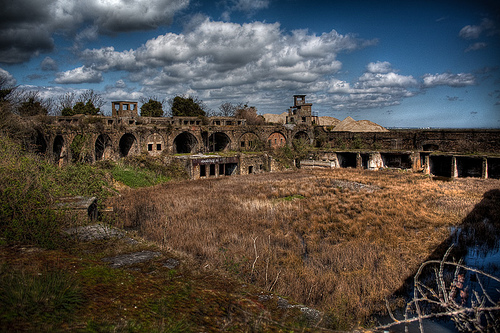 - Cliffe Fort, built 1861-70 on the Hoo Peninsula in Kent, in defense of the Thames Estuary
- Cost Â£160,000 (Â£13million today).
- Designed to form a "Triangle of Fire" with Coalhouse Fort and Shornmead Fort
- Construction difficult due to marshland and malarial mosquitoes
- In 1890, the Brennan guided torpedo added - launch site just north-west of the fort
- The fort was active in both world wars, but never fired shot in anger - did manage to sink a friendly ship by accident.
- Observation tower and anti-aircraft guns were added in ww2
- Also used as a degaussing station with Coalhouse Fort to counter magnetic mines on ships

The fort is owned by the cement works and not open to public, and is a Scheduled Ancient Monument, so no development can happen there (not that you'd build houses on tidal flood marshland anyway). 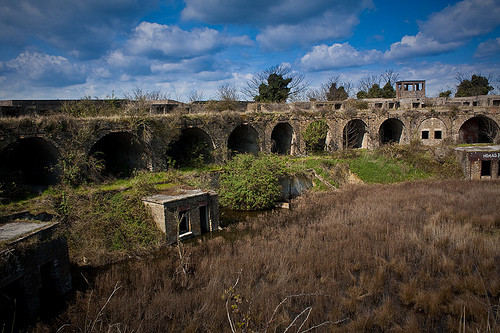 The site has been left unused for about 60 years, and it's overgrown, flooded and pretty empty. While it has some grafitti, it hasn't been hit too hard by the chavs fortunately, likely due to it's location (it's a bit out of the way). It consists of three floors - the ground floor which is almost permanently flooded in about two feet of water, the first floor containing tunnels, arches and various rooms and barracks, and the top floor which is largely the gun placements, observation tower and other fortifications.

It's rumoured that there are more tunnels under the ground floor, making wading in the water *very* risky - there are plenty of holes that drop between levels, which of course can't be seen in the dark water.

The fort was accessible over the years, and was a regular hangout for kids growing up in the village. Residents tell of happy memories running around the fort as kids, pretending to fight off the Germans. It must have been amazing to have the run of a place like this as a kid.

In the 80's, the fort was sealed off due to the death of a motorbike rider who was riding around in there. There's also evidence of some paintball activity.

After mooching around the top floor and observation tower, and not wishing to jump down the fifteen or so feet to the next level, I left via my entrance route to go and find another way in lower down, and met up with a couple of local guys who had been here before. They told me the original entrance was no longer accessible, and we went and found another, and explored and chatted for a bit. After I left them to do the boring photography bit, I also met up with another group of three lads walking around the top who came and asked me how I got in. However, two of them didn't think they could access the same way us smaller guys did.

Obviously, this place gets quite a few visits, including some 28DL members visiting the day before me!

Awesome explore, relaxed, no problems. I could spend a day in this place quite happily. It's a shame about the flooding as I'd love to explore the lower levels. 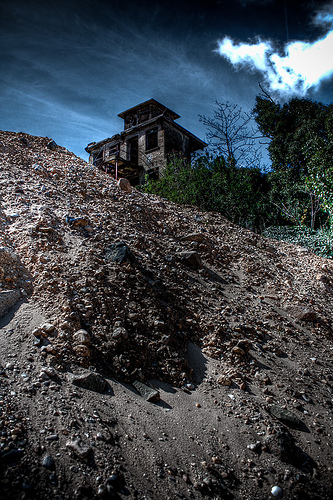 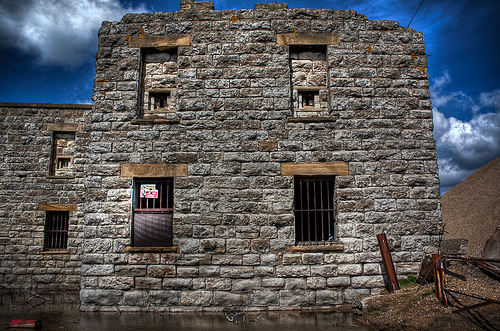 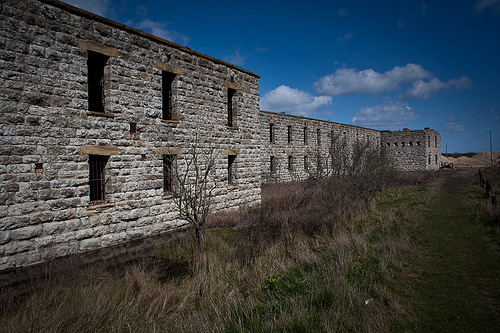 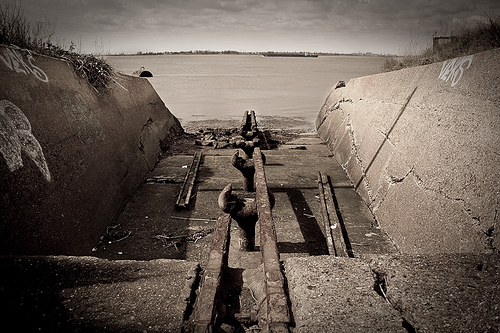 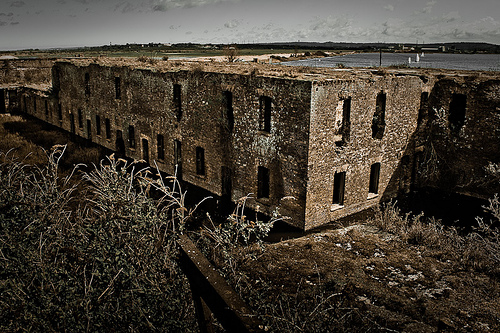 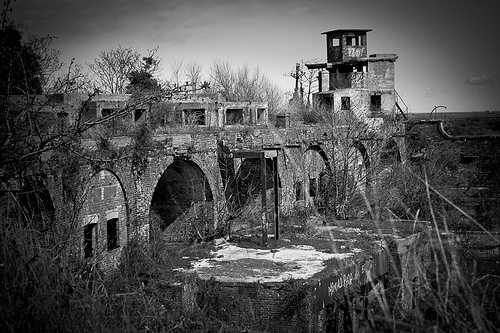 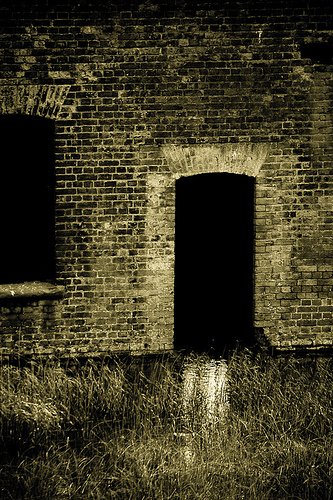 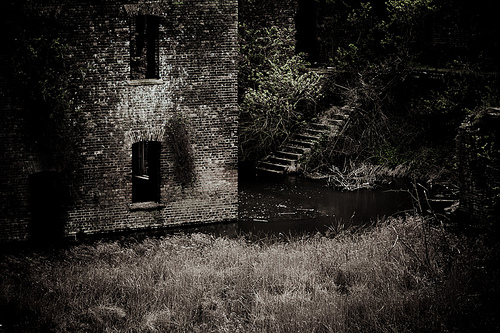 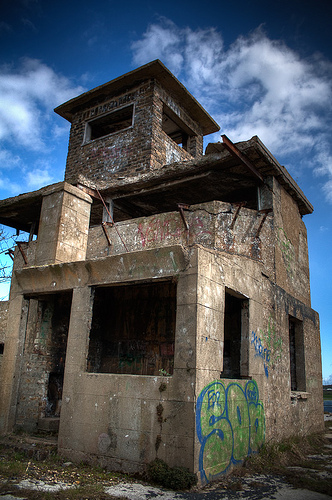 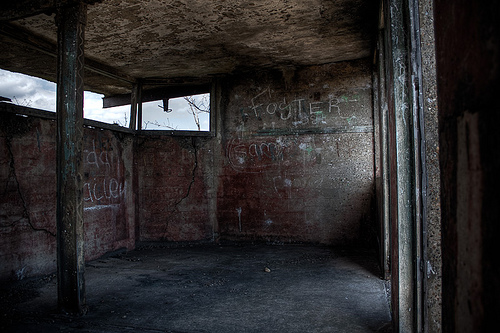 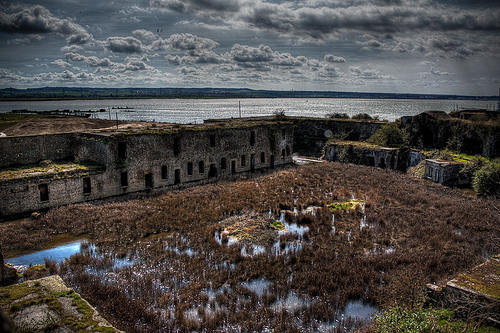 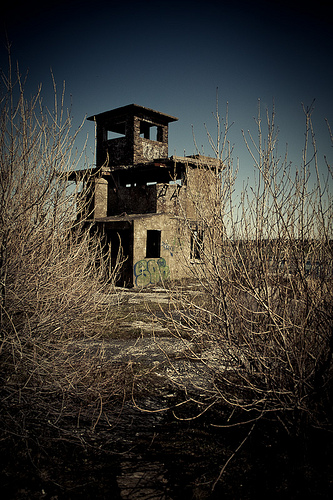 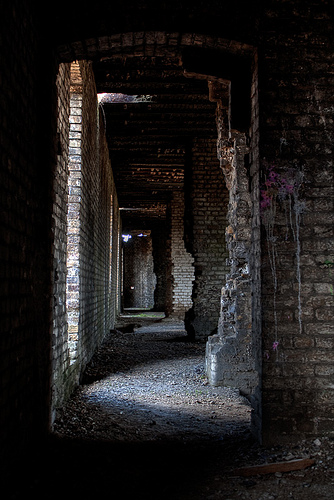 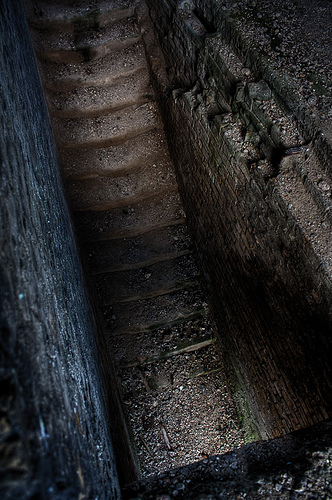 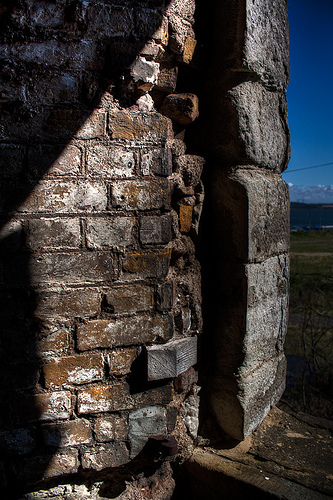 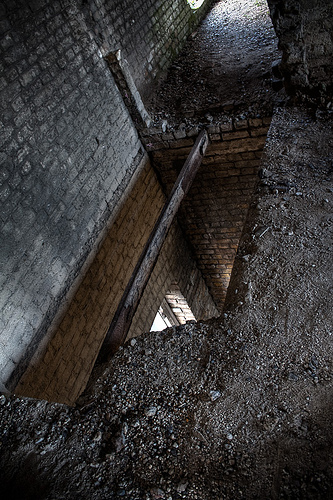 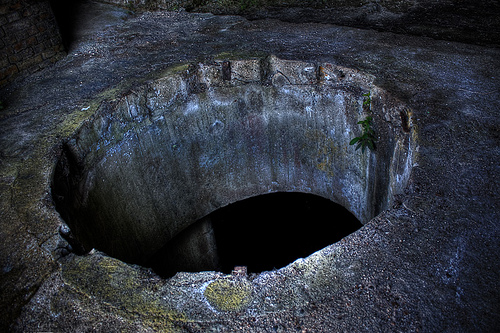 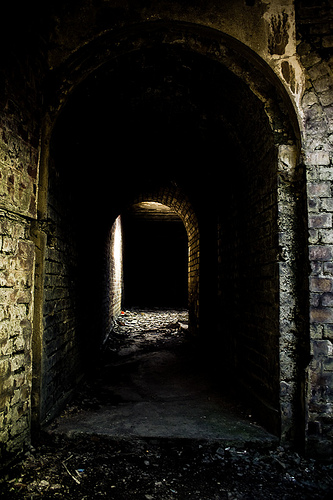 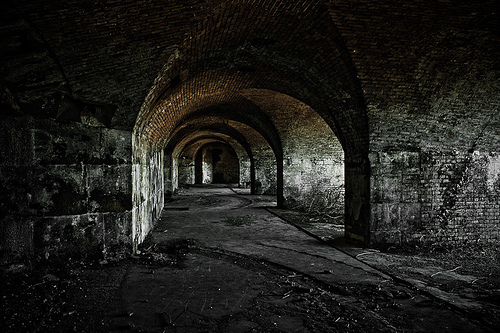 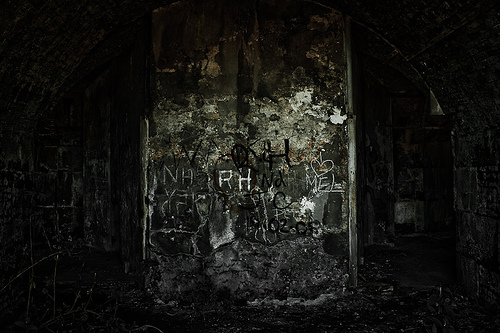 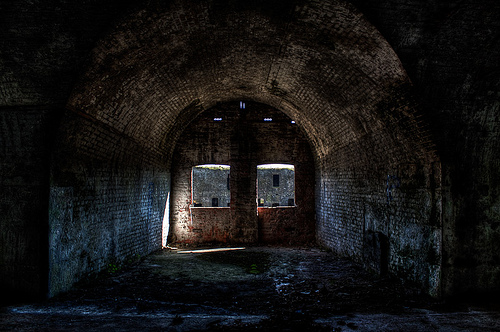 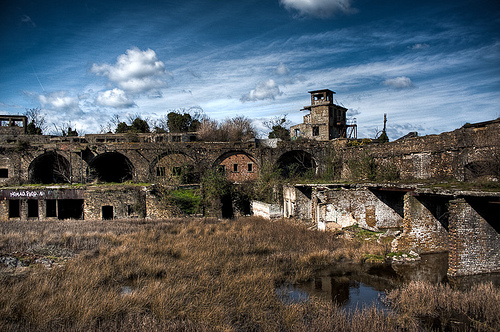 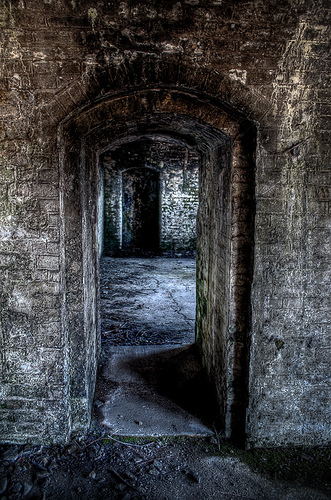 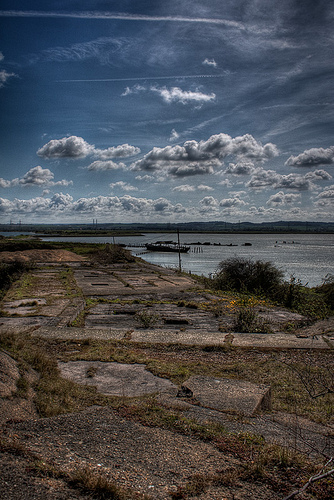 Looking out towards the Hans Egede wreck

The wreck of the Hans Egede lies near the fort, so I checked that out (it's been photographed plenty, so I won't add any more here), and then went to check out the building to the north of the fort, the Creek Works lime kilns. Very marshy ground, but an interesting explore, including holes in the ground to wriggle around in, and dancing with death trying to stay upright walking along the 20-ft high dodgy walls in a high wind! More Lime Kiln pics here 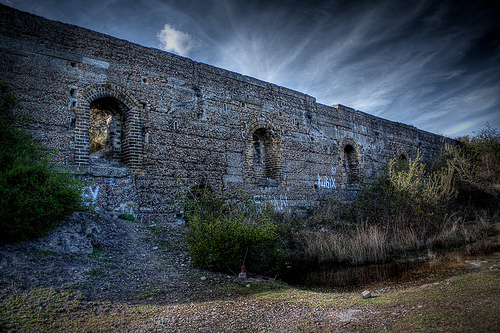 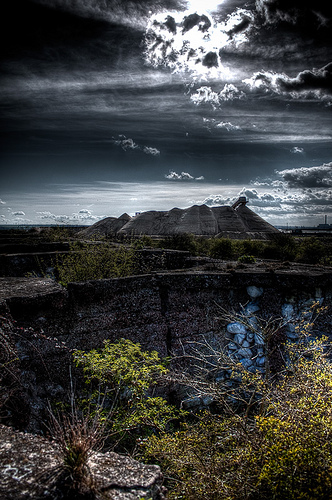 Up on top of lime kilns, looking towards cement works (fort behind the gravel)


And then the long walk back to the car. Fine way to spend a Sunday afternoon!