Regular User
Since my mum told me that this hospital was shut down, I've been researching it trying to find information on it's current state. Finally, after about a month, I got a tip off from a friend in Clitheroe who showed us him and his friends inside the building. That weekend we headed up north too investigate the site and see what we could find, with minimal information. 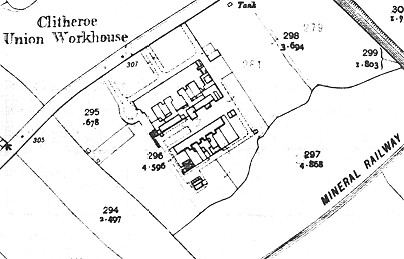 Originally, there was another workhouse in Clitheroe, locally known as Holden Green. However, after being examined, it became apparent that the site had unsafe premises and wasn't fit to continue taking it people. The inspector described it as 'the most incommodious and uncomfortable he had ever visited.' Therefore, the governors of the town decided to build a new workhouse for 150.

The new workhouse, for 200 inmates, together with a 36 bed hospital was erected in 1873. The map, from 1912, above shows it - the road side building was the workhouse and the back side was the hospital. It was designed by Jonas J Bradshaw and was officially opened on the 21st April, 1873. The main block was 225 feet long and faced to the north west. It was two storeys high and had three projecting wings at the rear.

After 1930, the workhouse section became Coplow View Public Assistance Infirmary. After 1948, it became part of the NHS and is now the home of the Clitheroe Community Hospital.

The building has been empty since 2014 when a new 7.4 million hospital opened next door.

Some old pictures of the site when it was all a hospital. 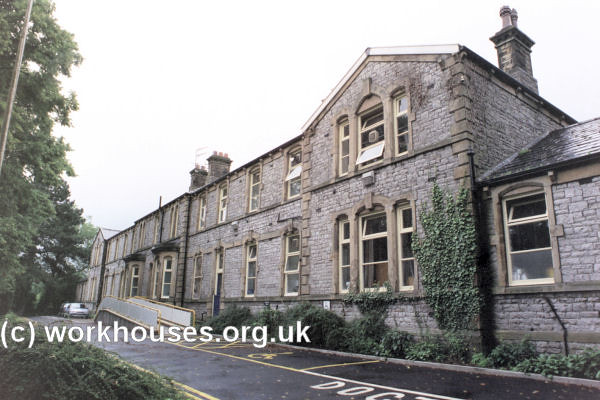 The rear hospital building. These two were linked by a long corridor, with additional sections added onto it as time went on. 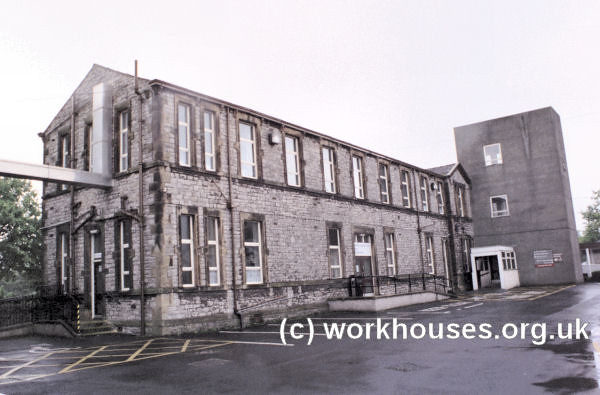 Some smaller buildings at the back of the site.

When we arrived, we noticed a car parked on site and we could see people inside it. This made for a challenge as the site itself isn't actually too big so we would need to sneak past in order to gain access. We have been told that the security isn't on a 24 hour basis so we decided to wait a bit and soon enough they exited, sadly locking the main gate up before they left.

The grand building was ruined by these 'strategically' placed fences so I had to stand on top of the old hospital bus stop to take this one. 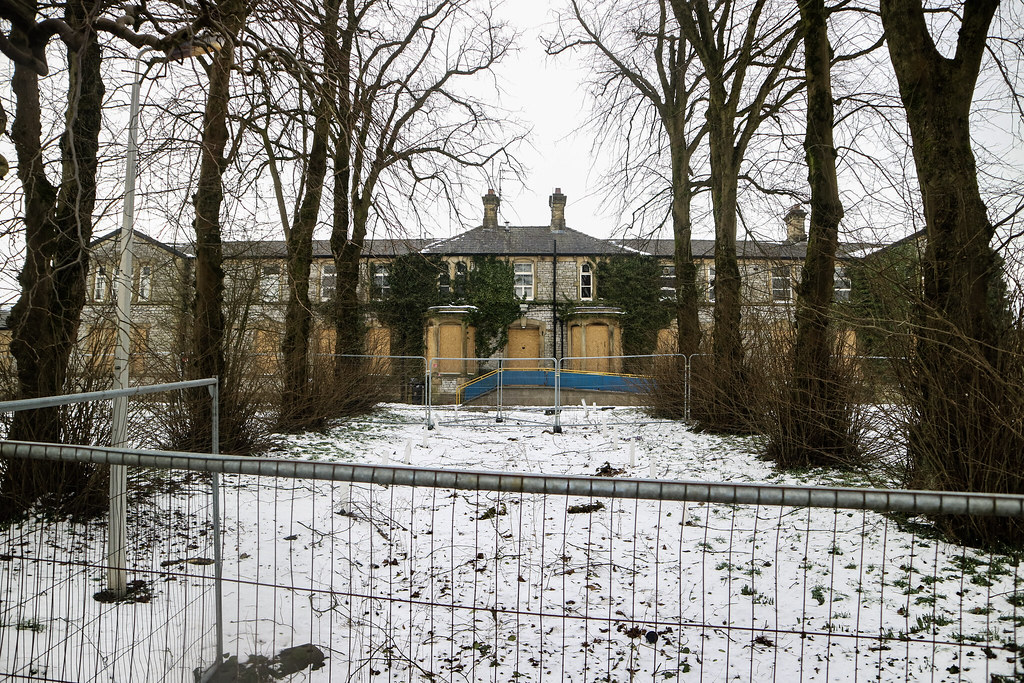 Eventually, we found our way inside. We headed into the rear building first to find out that the site had been entered it seemed numerous times before, as there was a decent amount of vandalism. On the bottom floor, there was lounges with some furniture left behind. This would have been a relaxing area for the patients and families.

Upstairs was a bit more interesting in my opinion. It featured the physiotherapy of the hospital, so there was some gym equipment, as well as what I believe to be massage beds, but we couldn't turn them over. 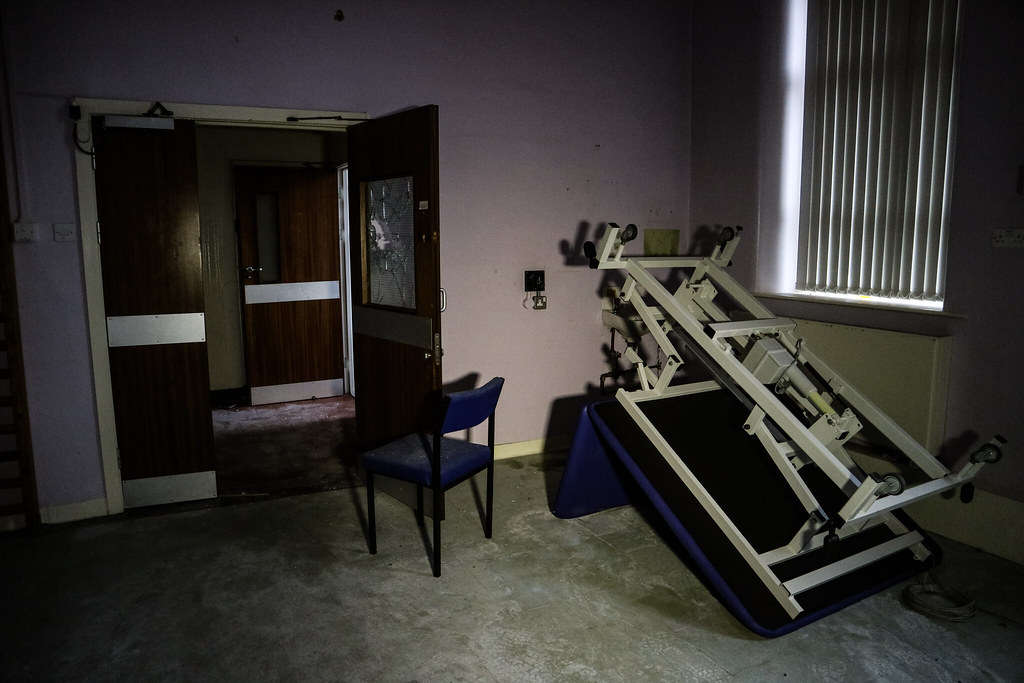 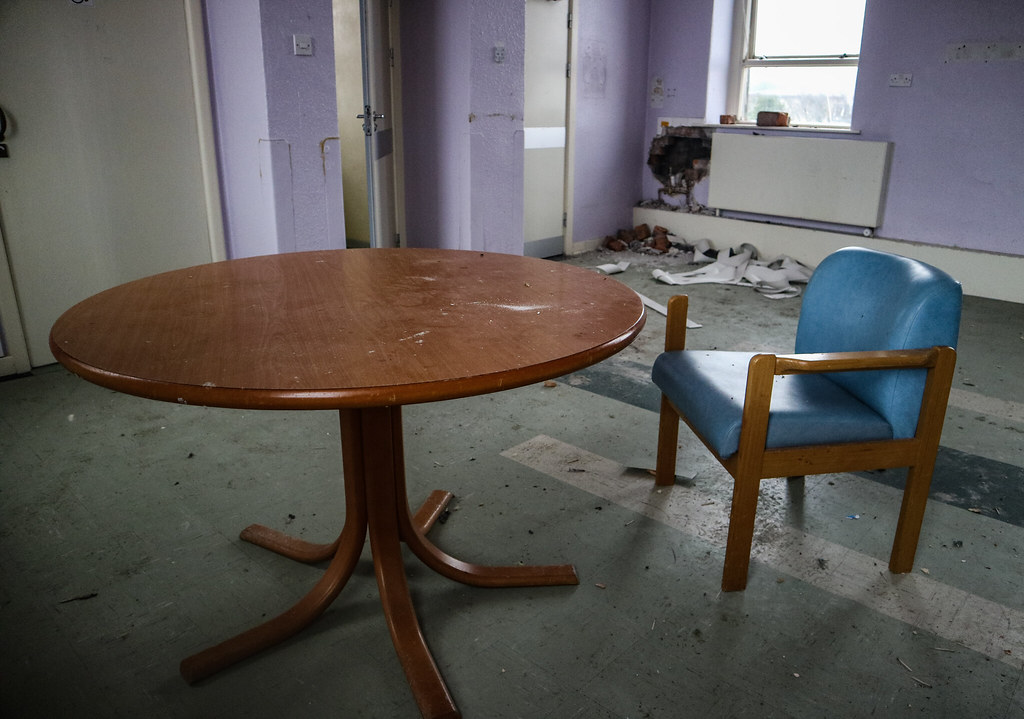 One more floor up, we found a small room with the lift machinery as well as a lift maintenance manual. We couldn't see into the lift shaft as the doors were all shut and locked. 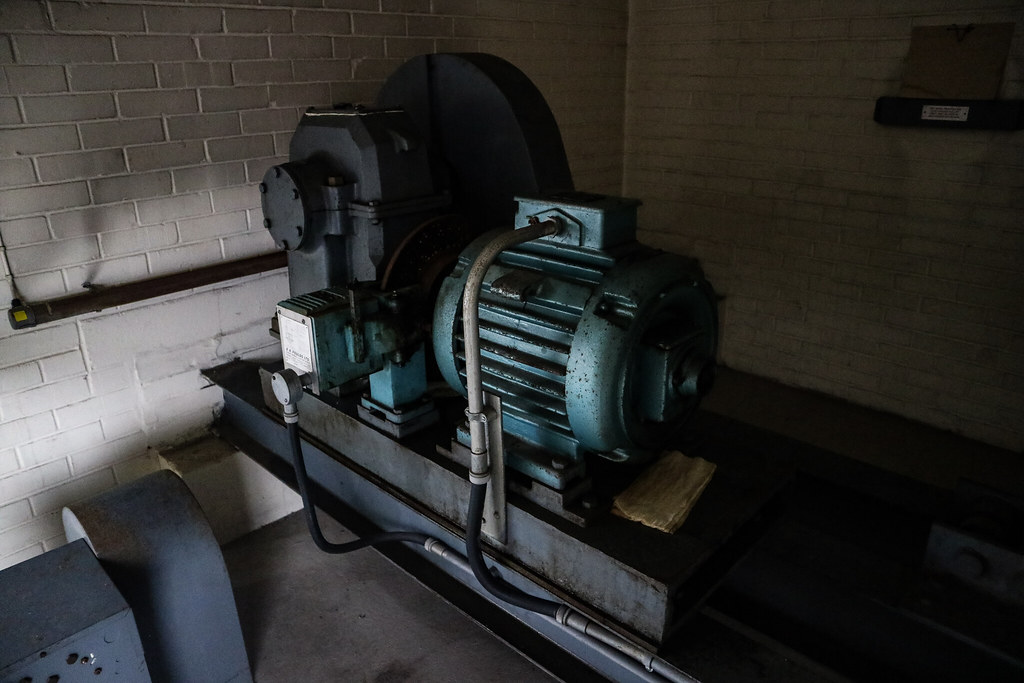 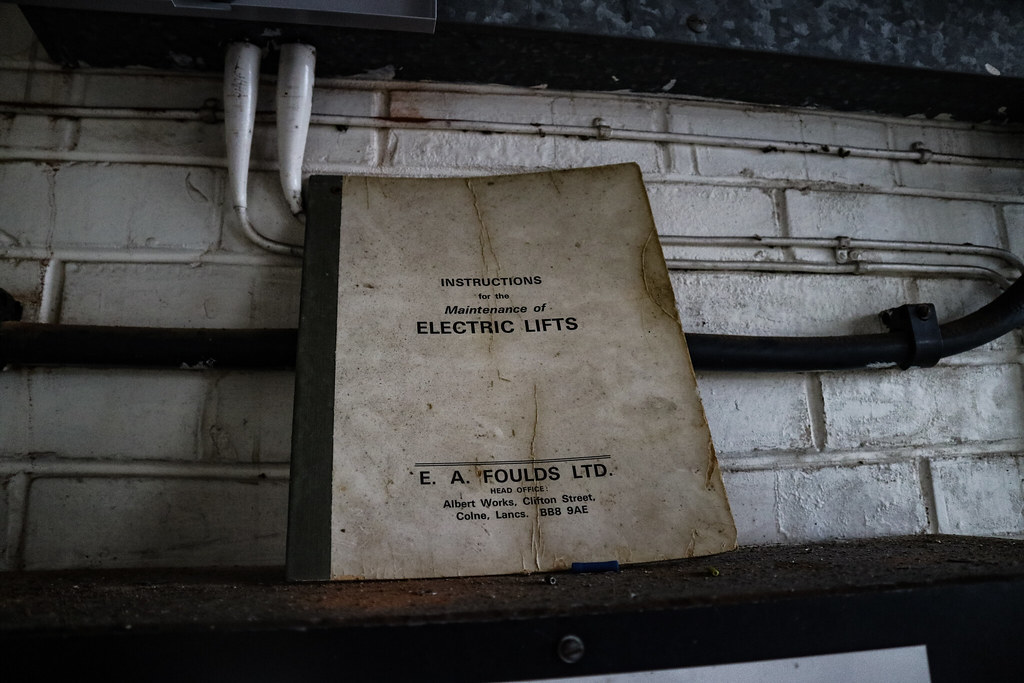 The main building was the one we had higher hopes for, as we'd been told there was quite a lot of equipment left behind. To access it, we had to walk through the long corridor that links the two buildings, complete with signs and a stretcher. Sucks they had to board up the long windows either side of it. 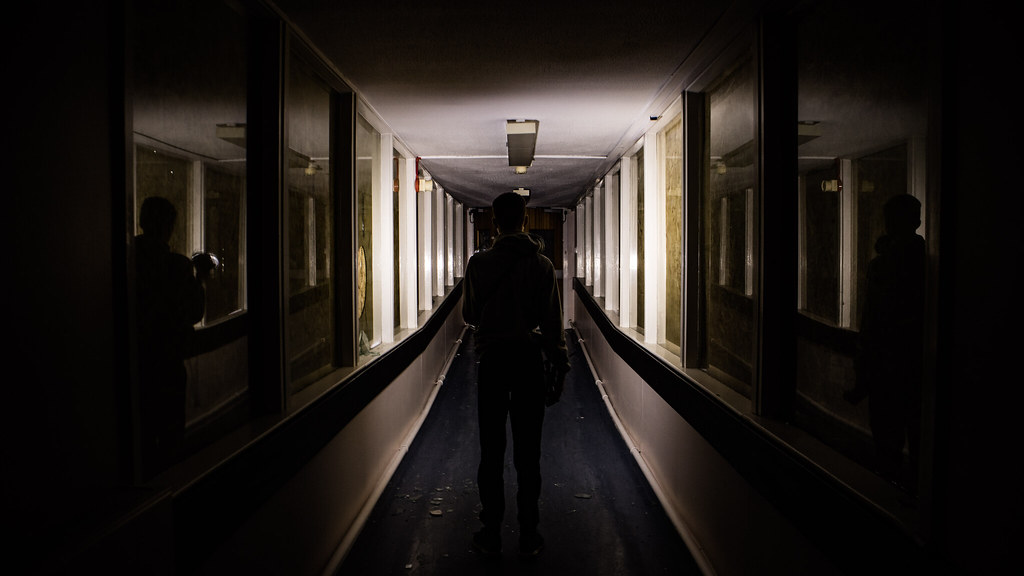 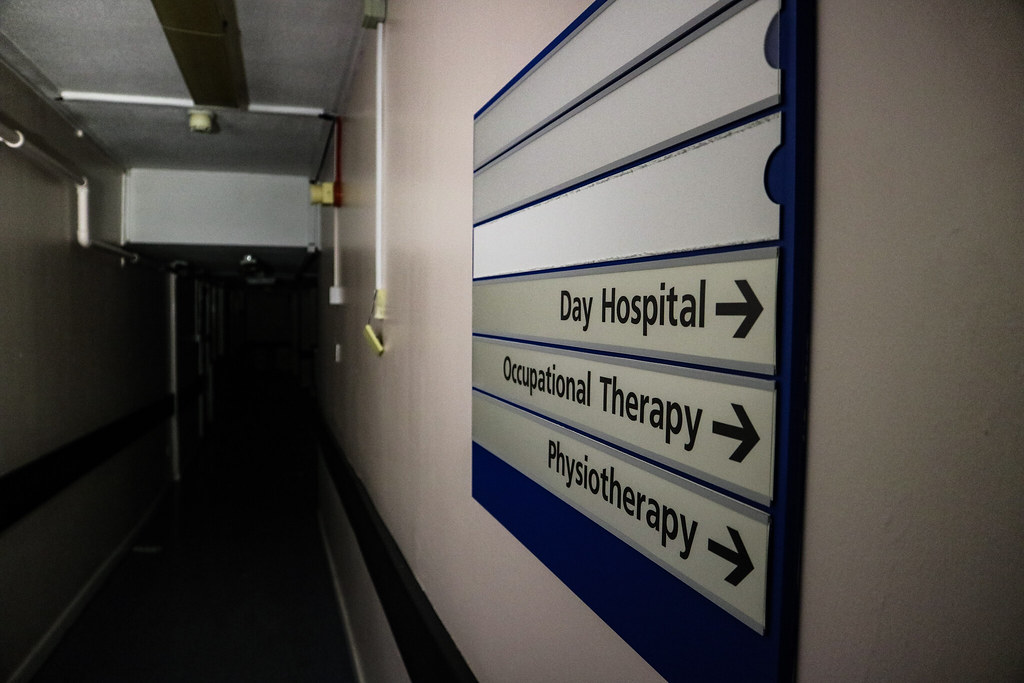 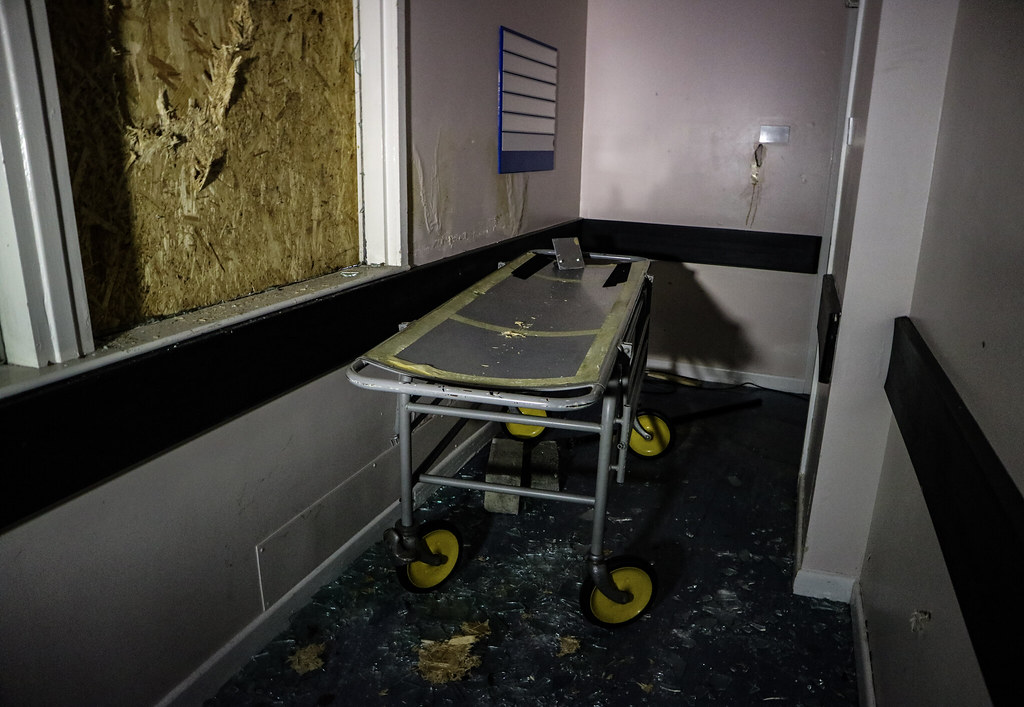 The large kitchens would have catered for patients and staff. Although there was a lot more to see, I could see the mould growing on the walls so we decided to leave that to someone with a respirator. 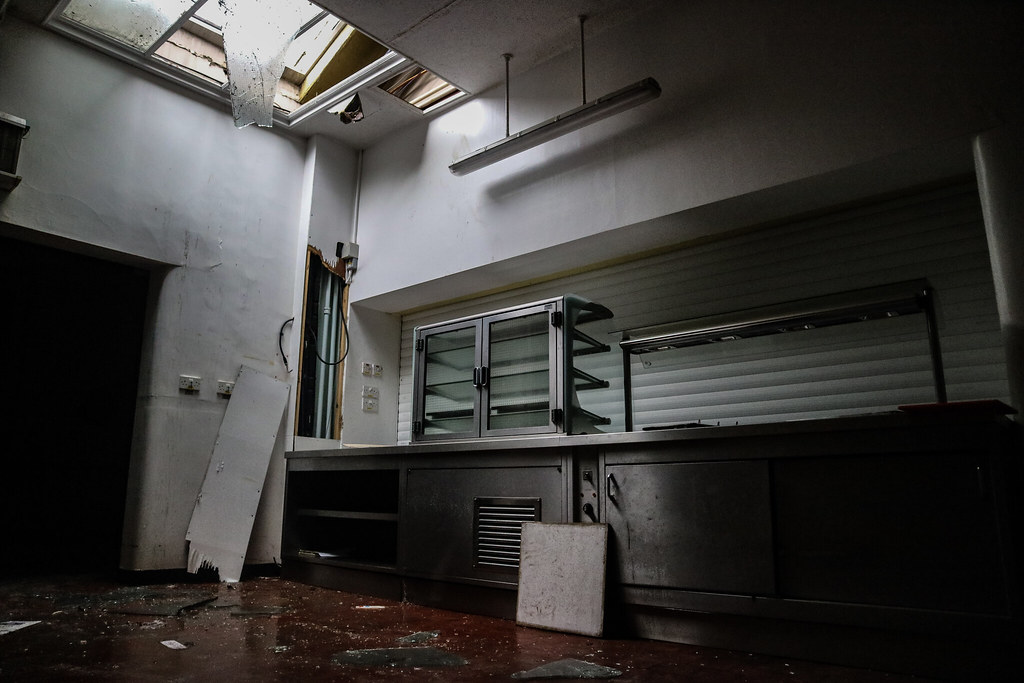 This nice surgery bed was left inside one of the old ward rooms, which was being used for storage of chairs. 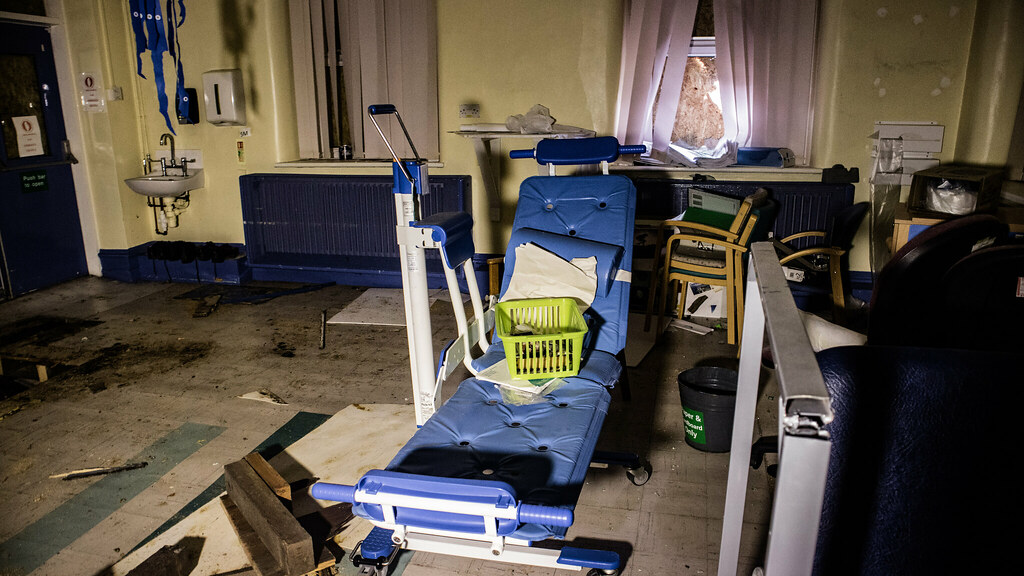 It seemed as if work had already begun in the hospital as some of the floors were very ripped up, and it looked like the piping was being worked on. In addition, there was a hi-vis jacket left hanging on a radiator.

Plans have been made to convert the site into 52 homes. So far I don't think they have been accepted but I can't see this site being derelict for much longer.

Upstairs was the real highlight for us. There was so much left that we had never seen at an abandoned hospital before. All over the floor were polaroids and we could actually use them with the light coming through. 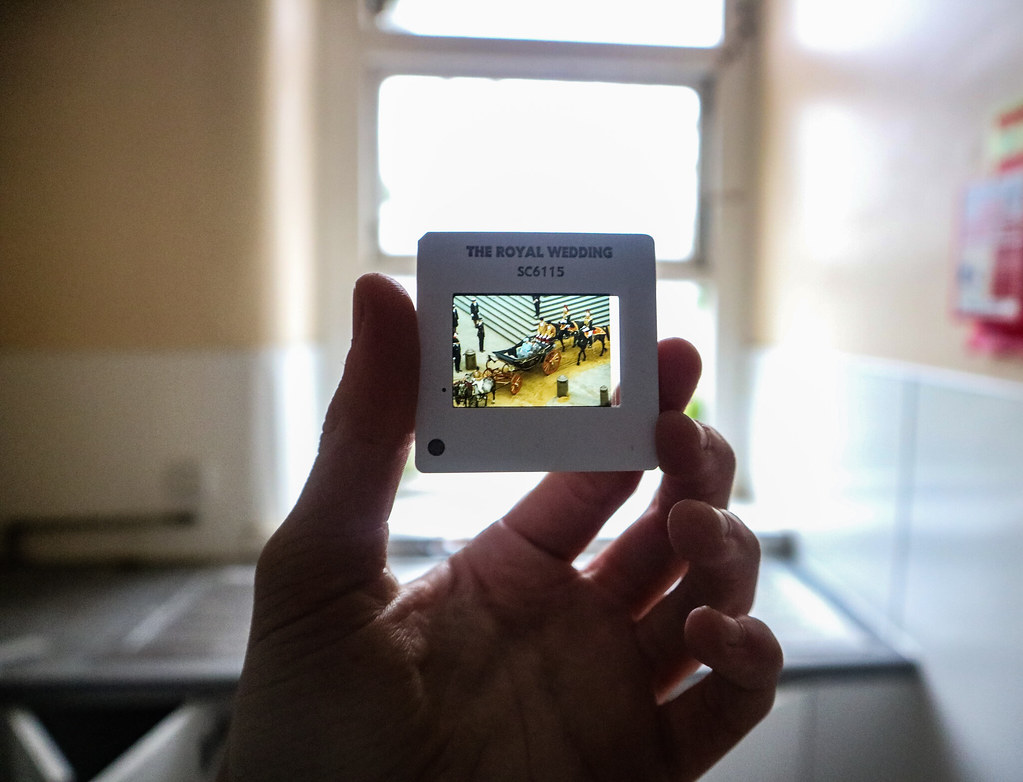 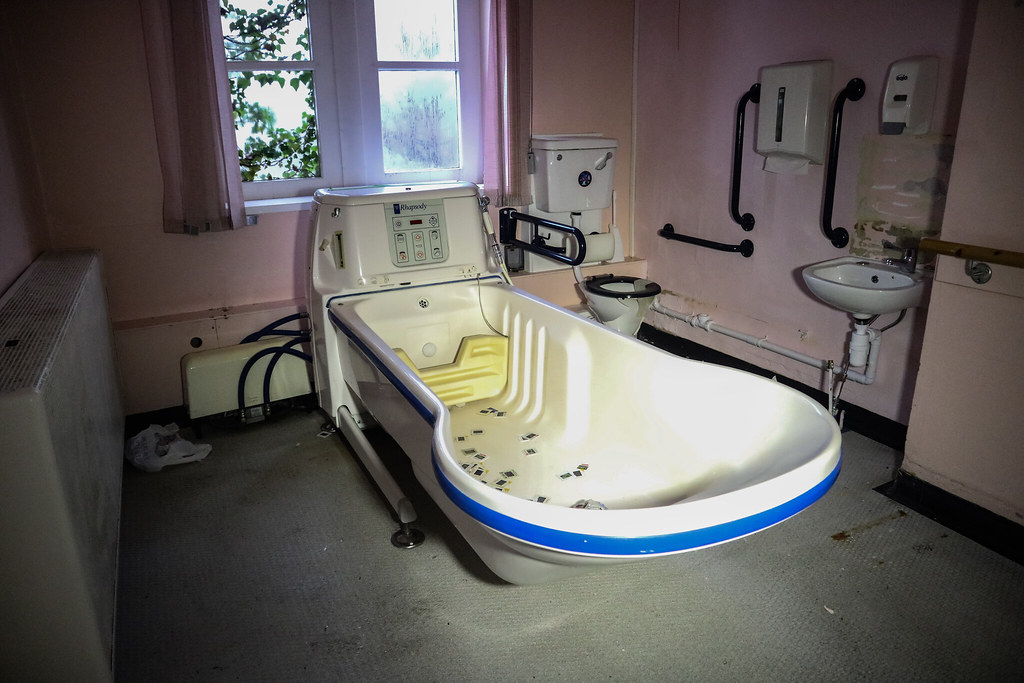 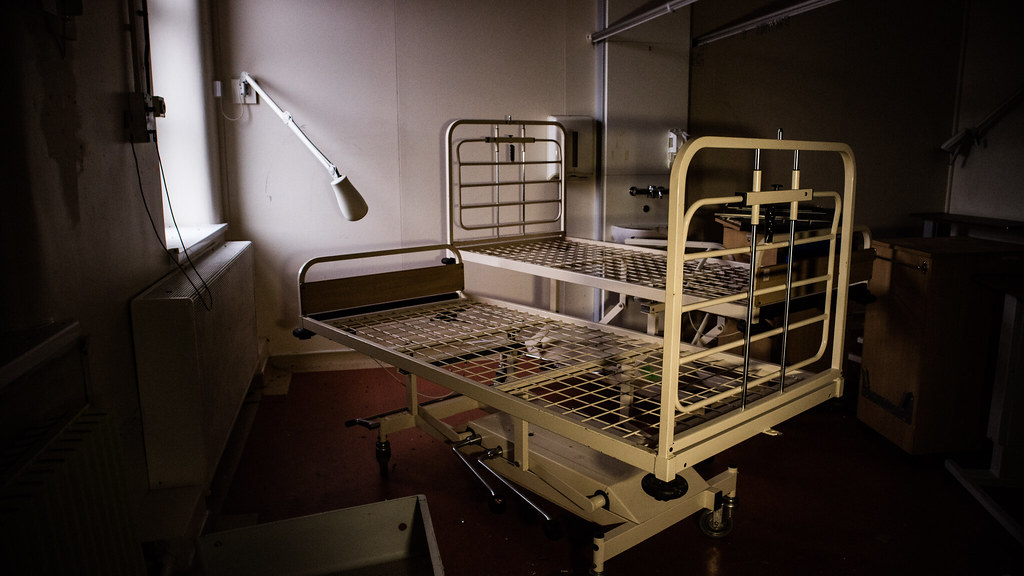 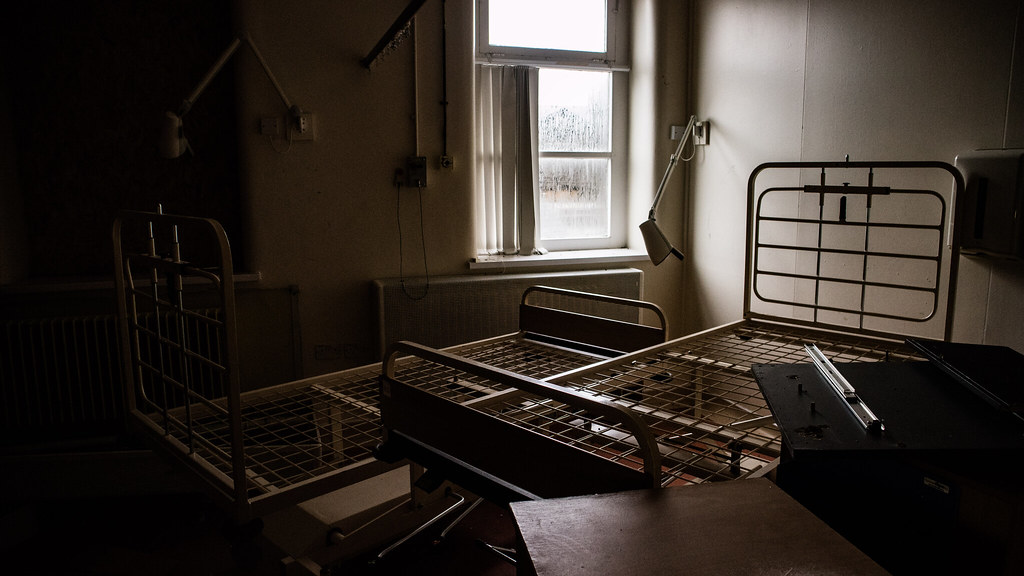 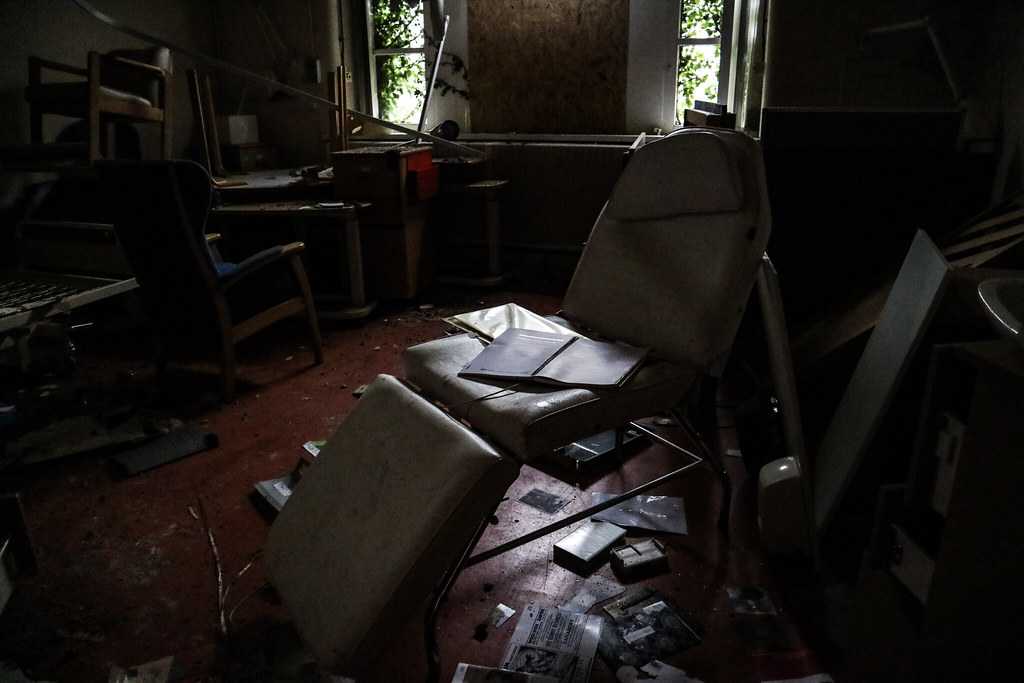 If you wish to look at my video which in my view shows a much more clearer perspective of the site as I wasn't too happy about the pictures I got of this place, click here. I cover the building in a cinematic documentary style that I have been doing for a while:

28DL Full Member
That's a new one on me that.. cheers for posting.

Regular User
I've not seen this before. Nice find.
D

28DL Member
Hello,
Can you help me? I want to film in something there, want to know how did you get in?
Was there any security? I saw those two cars in your photos

Regular User
Not gonna find any answer to that here mate sorry, it's not the culture. You have to just go there and negotiate the obstacles you find on the day yourself, it's all part of it.
Zone 101

Regular User
You manage to get into the morgue ? Only fridges no slab.

host said:
You manage to get into the morgue ? Only fridges no slab.
Click to expand...

Nah, we were pretty rushed. if there is one i doubt there would be a slab, its only a little hospital

UrbandonedTeam said:
Nah, we were pretty rushed. if there is one i doubt there would be a slab, its only a little hospital
Click to expand...

It is only a small fridge no slab we had a nosey the other day.

host said:
It is only a small fridge no slab we had a nosey the other day.
Click to expand...

was it one of the little buildings?

UrbandonedTeam said:
was it one of the little buildings?
Click to expand...

UrbandonedTeam said:
Nah, we were pretty rushed. if there is one i doubt there would be a slab, its only a little hospital
Click to expand...