Regular User
1. The History
Close to Junction 29A of the M1, near Bolsover, the former Coalite site covers a huge 120 acres. Coalite is a brand of low-temperature coke used as a smokeless fuel. The title refers to the residue left behind when coal is carbonised at 640 degrees C and the fact it lighter than coal. It was invented by Thomas Parker in 1904. It was popular as domestic use due to its attractive flame. The downsides are that is burns quickly, it produces a lot of ash and gives of sulphurous fumes. Two years after Thomas Parker died in 1915, the forerunner of the Coalite company was formed with the building of a production unit at Barugh near Barnsley. Then in the 1920s, two more plants at Askern (near Doncaster) and at East Greenwich (in London) were opened.

In 1936 the Smoke Abatement Society awarded its inventor a posthumous gold medal. In April 1937, the main manufacturing plant at Buttermilk Lane, Bolsover in Derbyshire was opened by Prince George, Duke of Kent. Back in the day it was the largest one of its type in the world. By that time Coalite had a group of companies with Derbyshire Coalite Co.Ltd running the solid fuel production at Bolsover. Coal was delivered by rail to the site from the nearby Bolsover colliery. 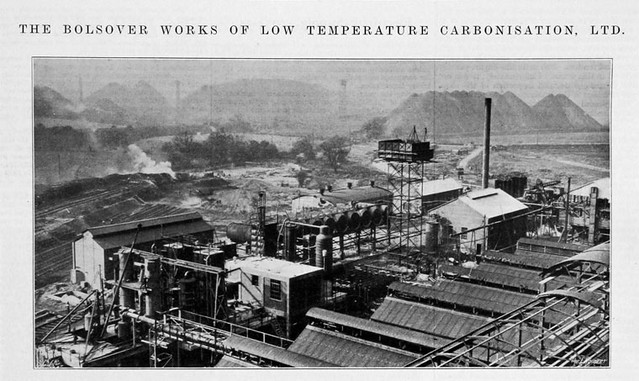 By 1939, the company was also producing a low-octane petrol called "Coalene" in addition to diesel and other fuel oils. It was a key supplier to both the army and navy during World War II. Post-war, in 1952 the Head Office address was moved from London to Bolsover. In 1956, after the introduction of the Clean Air Act 1956 Coalite was licensed as an "authorised fuel" and demand increased, and the company expanded accordingly. Additionally, in the 1950s, Coalite’s older plants were closed and production concentrated at the expanded Bolsover and Askern plants. The coal oil and liquor from all these plants was processed at the central refinery at the Bolsover plant. At its peak, in 1972, the Bolsover site employed 1,200 people. 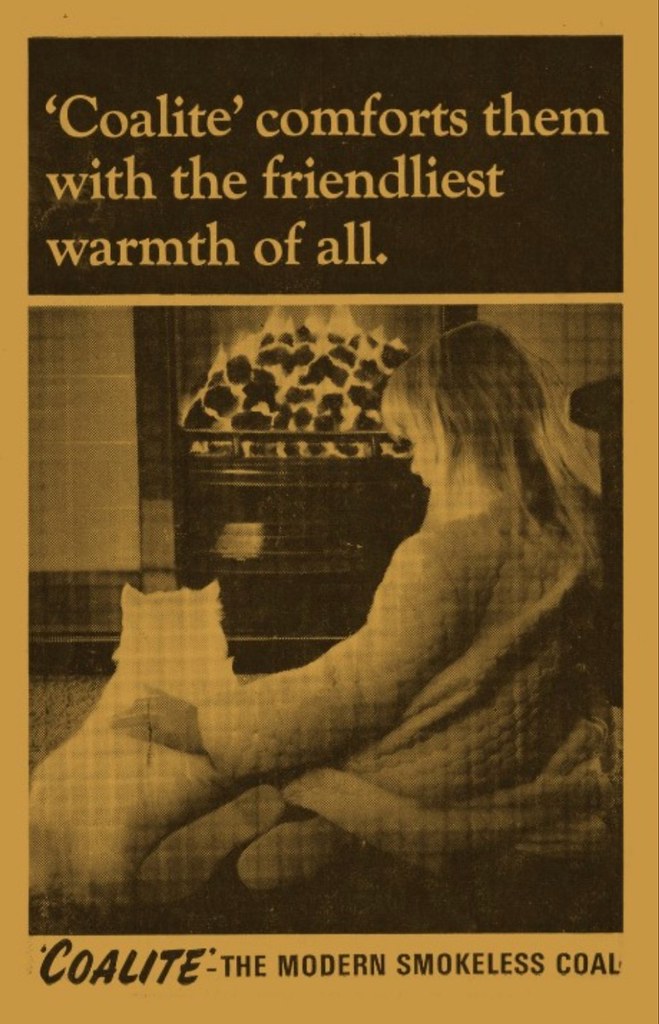 In 1986 the group acquired Hargreaves Fuel distribution services creating a very diverse and with many subsidiaries that were unrelated to its core business (including sheep farming!). Their profile was further raised by sponsoring Chesterfield FC. The solid-fuel side of the business began to shrink (as it lost out to cheaper natural gas) in the 1980s and the company was taken over by Anglo United in 1989. During the 1990s there were financial difficulties. This was down to the relatively small Anglo United had borrowed heavily (from HSBC) to buy the much larger Coalite group. The intention had been to service this debt by asset stripping Coalite's many subsidiaries. However, the sell-off did not realise as much cash as expected and even a raid on the company pension fund did little to reduce the debt. Deprived of critical investment funds, by the late 90s it was making losses of £2 million per annum. The adverse publicity over land and river pollution further adversely affected the sales of its products.

In 2002, Anglo was bought by a consortium. They duly transferred all the group’s debt over to Coalite and the company then went into receivership. The ovens continued producing Coalite until the Bolsover works finally closed down in 2004. It first went into administration and then receivership, leaving a considerable number of redundant employees with much reduced pensions. From 2005 the Bolsover works were gradually cleared, and the buildings demolished. Bolsover Land Ltd bought the land in 2012 with an aim to both regenerate a large contaminated brownfield site and to help reduce the pressure on the protected north Derbyshire green belt. From November 2016, decontamination of the area began. In the same year it was reported that more than 650 new homes could be built, and 1,500 jobs created under an exciting masterplan for the derelict Coalite site. Bolsover District Council also granted outline planning permission to develop 31 hectares of the site for general industrial purposes and warehousing. Subsequently nothing materialised and the site still remained a sprawling empty industrial wasteland.

Bolsover Land Limited, a joint venture between and DSM Group and Marcol Industrial, backed by Derbyshire County Council, had plans to bring the former chemical plant back into use. Initial costs for the development had been £23 million. However in July 2019 new broke that HS2 will cut straight through the site resulting in no homes being built. Instead, the site would now only offer warehouse space for new businesses, with work not starting until next year and will not be completed until 2024.

2. The Explore
This place is very easy access and while a shadow of its former self, worthy of a trip just for the fantastic array of graffiti on show. Pretty local to me so with the easing of lock-down thought I’d go along and have a shufty. When we got there, we immediately spotted a number of blokes in hi-vis and hardhats were on site. Work has now started on the place and quite a lot of the site has been cleared. Fortunately for us and away from the sightline of said blokes, the former oil storage tanks where all the decent graff is, where still there. Hence, we pushed on, knowing it would probably be the last time we come here.

There was a nice wooden structure behind here but that has all gone now:

Hence, we headed over to the oil tanks: 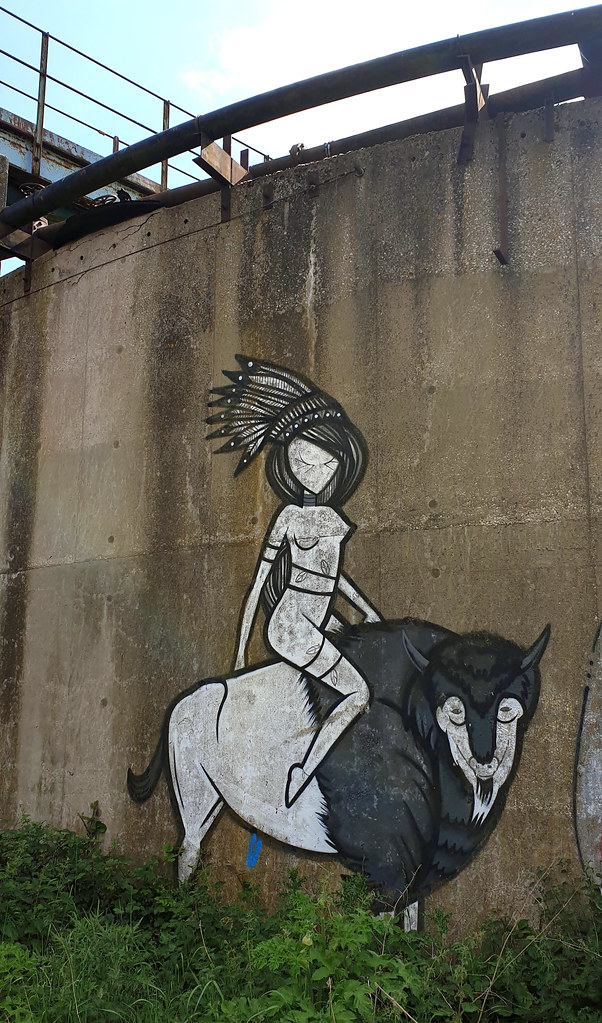 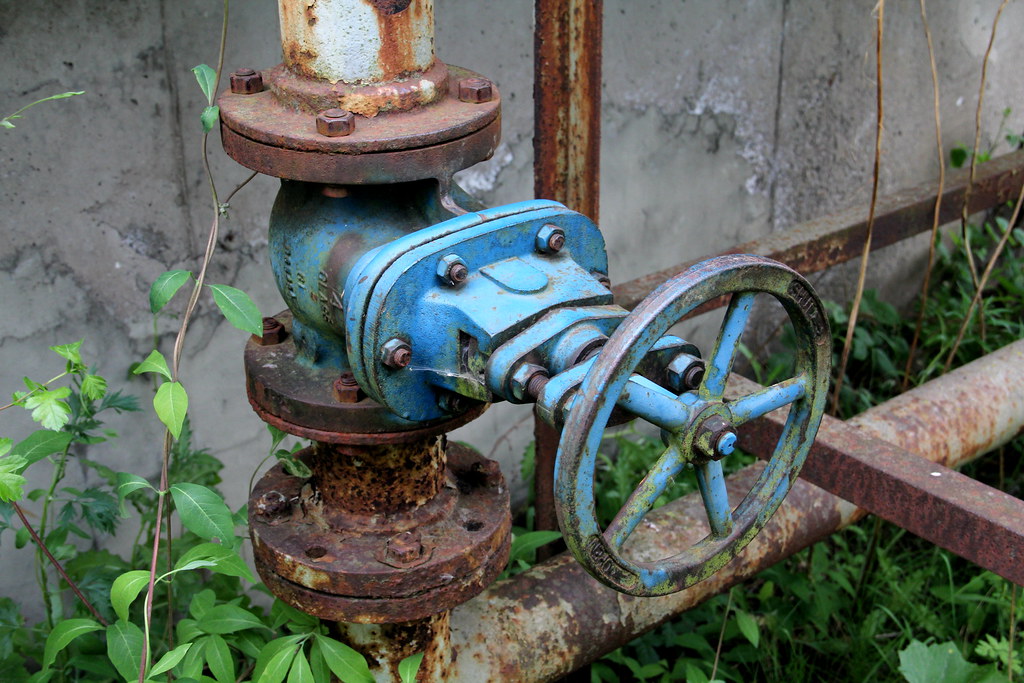 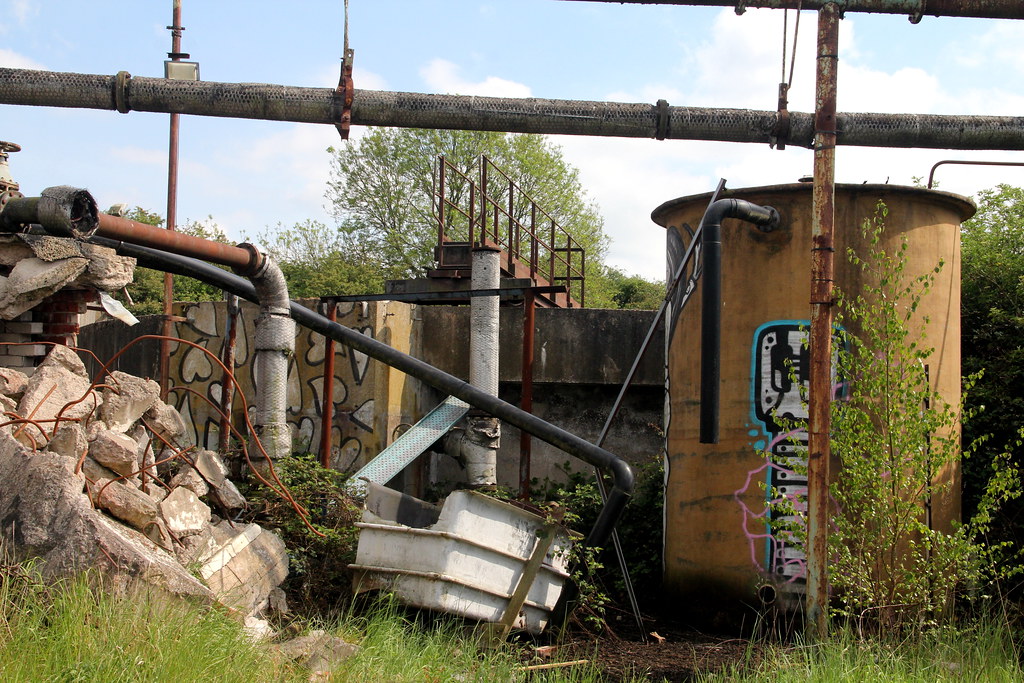 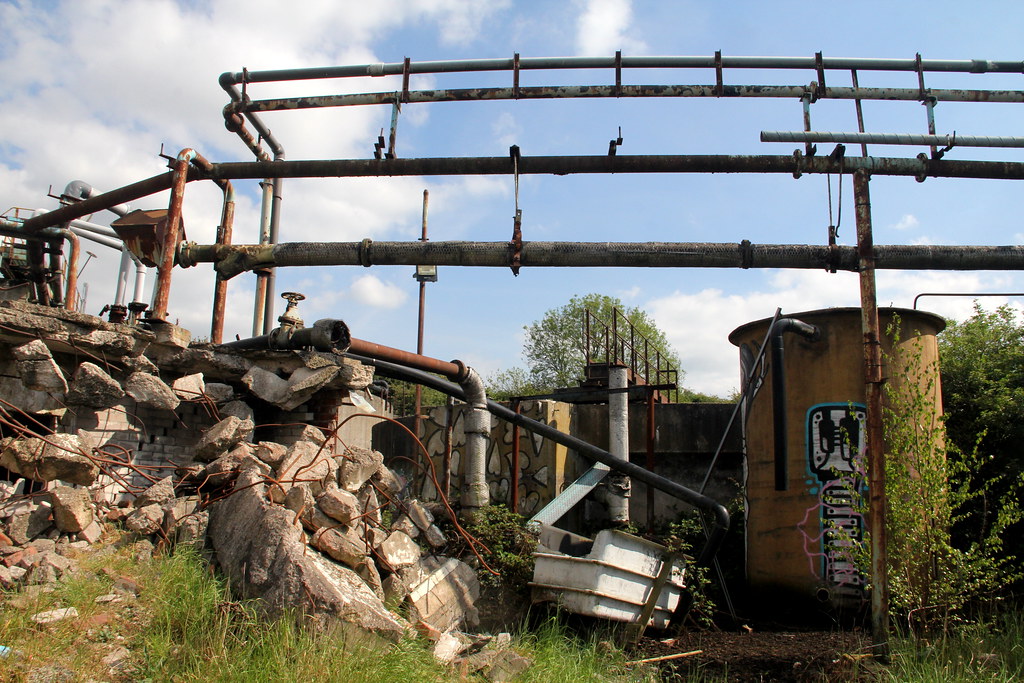 Including all this pipe goodness: 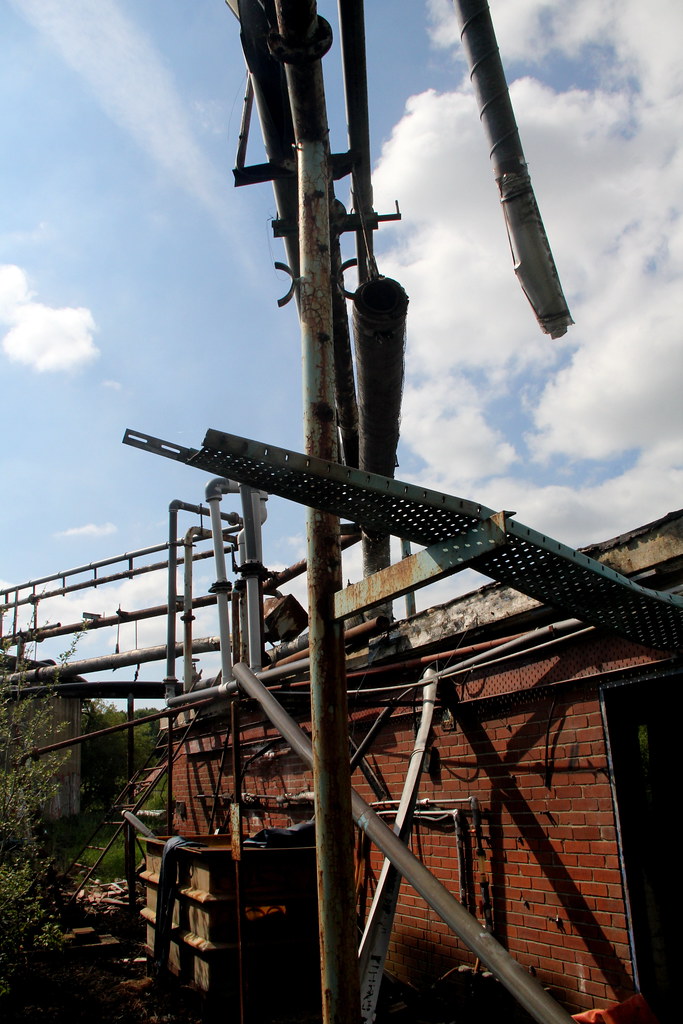 Can’t remember seeing this nice bit of Brayk last time I was here: 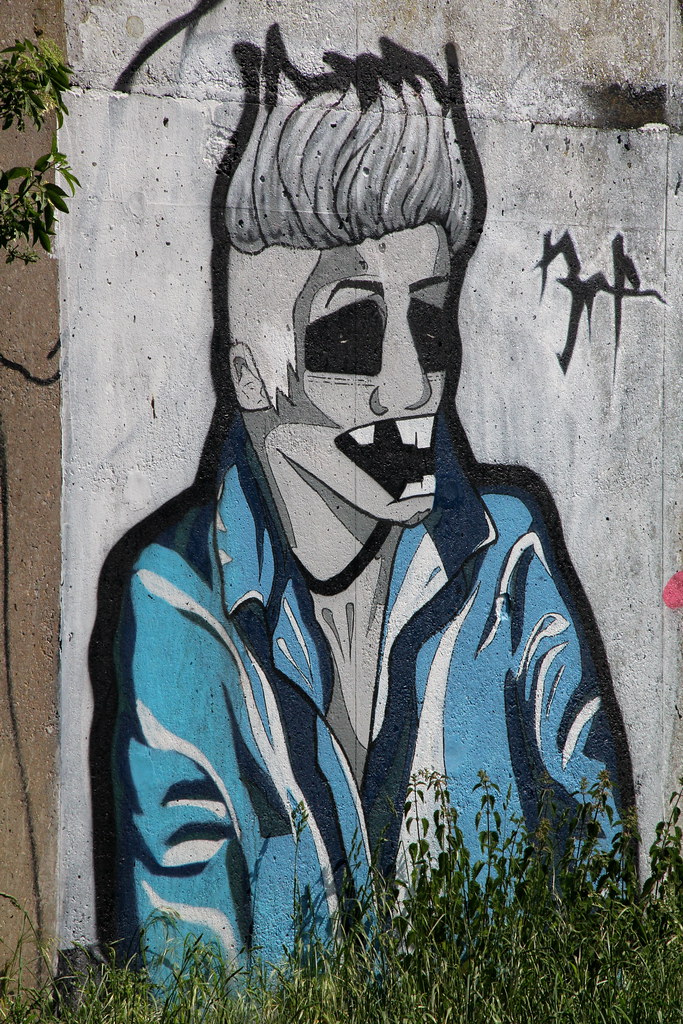 The other prolific artist here is Coloquix: 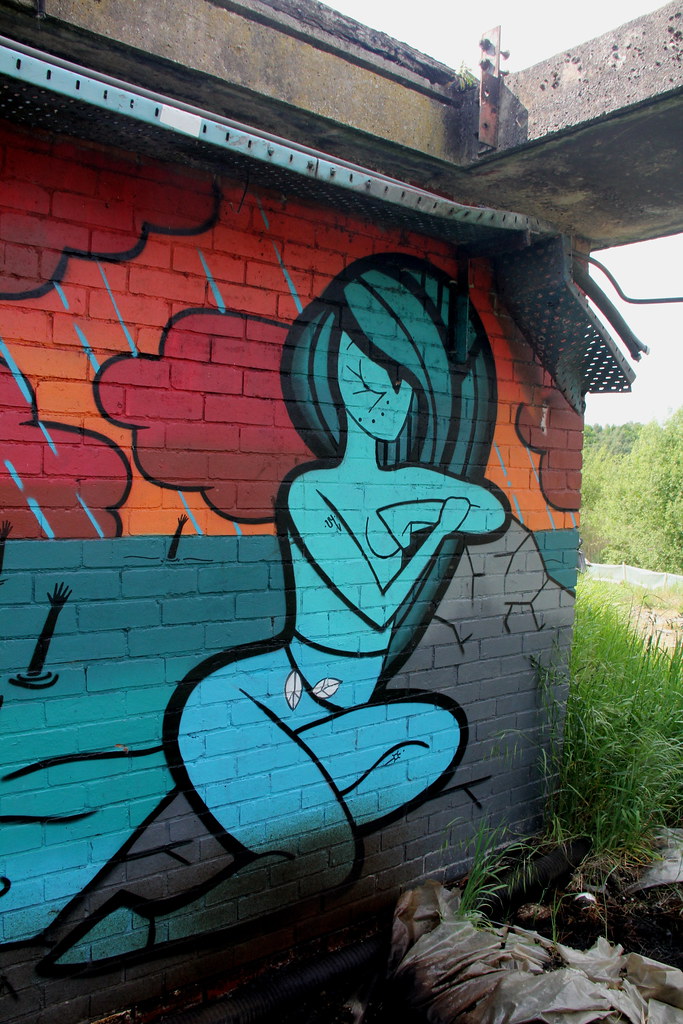 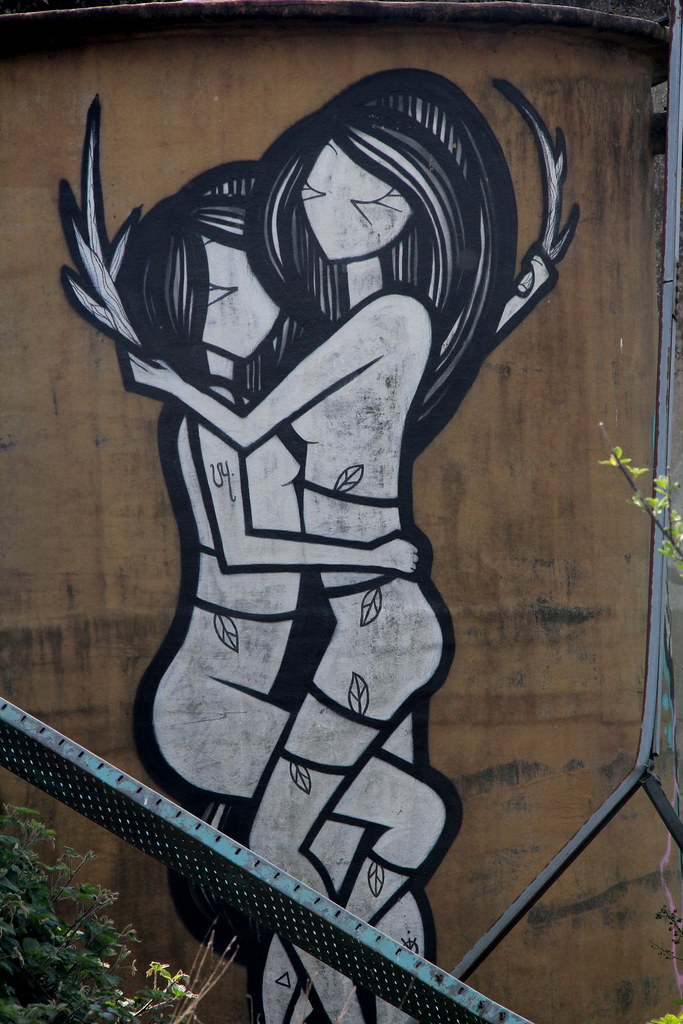 As well as relative newcomer, Trench: 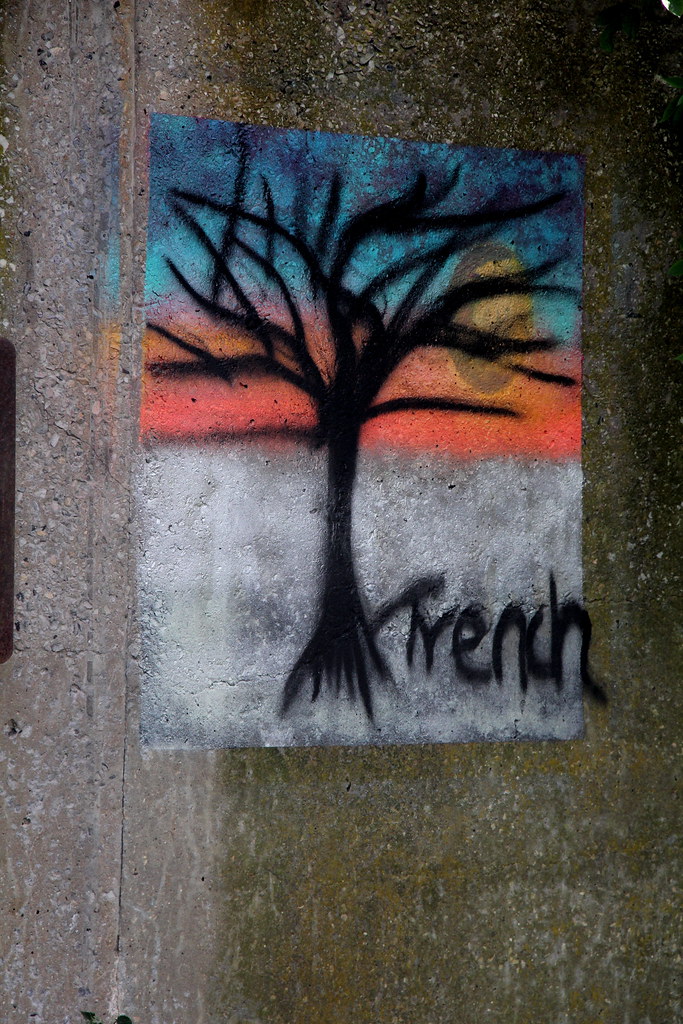 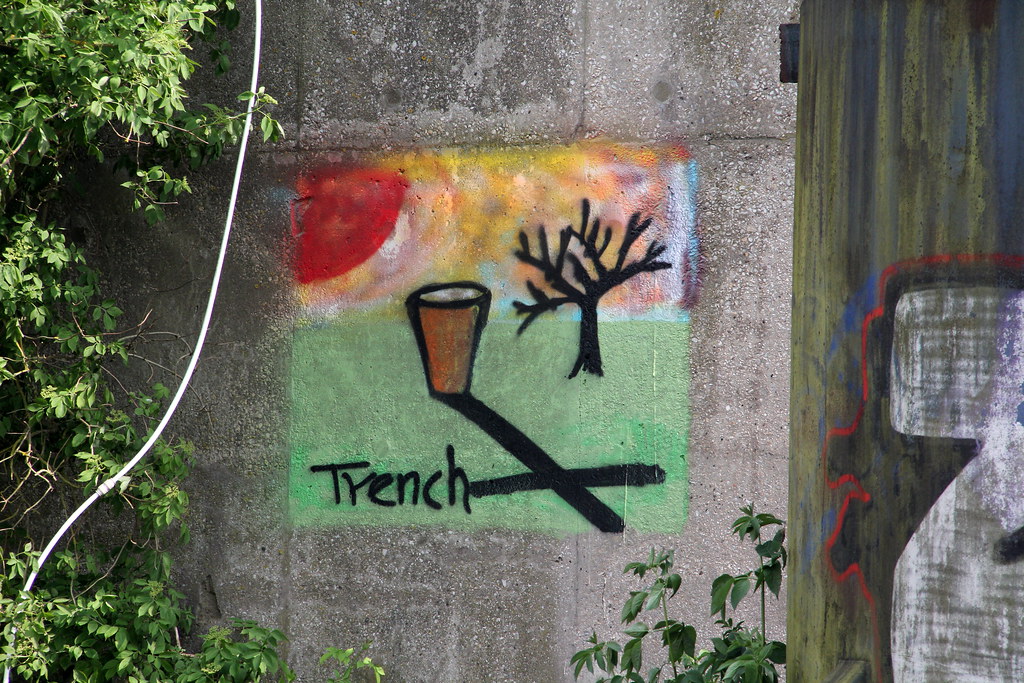 Not too sure who did this: 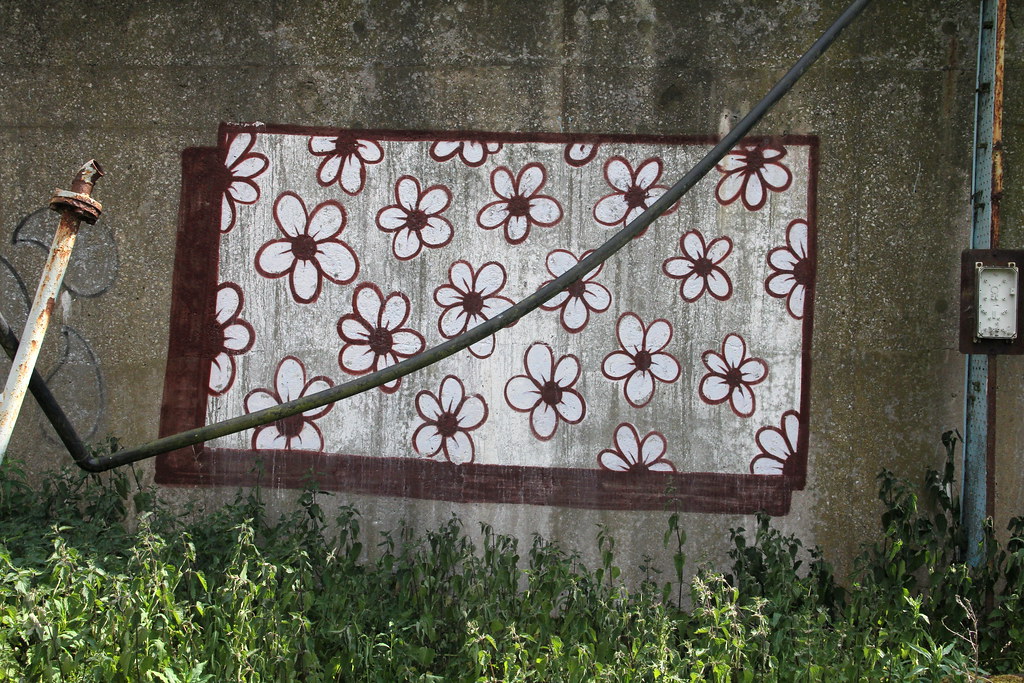 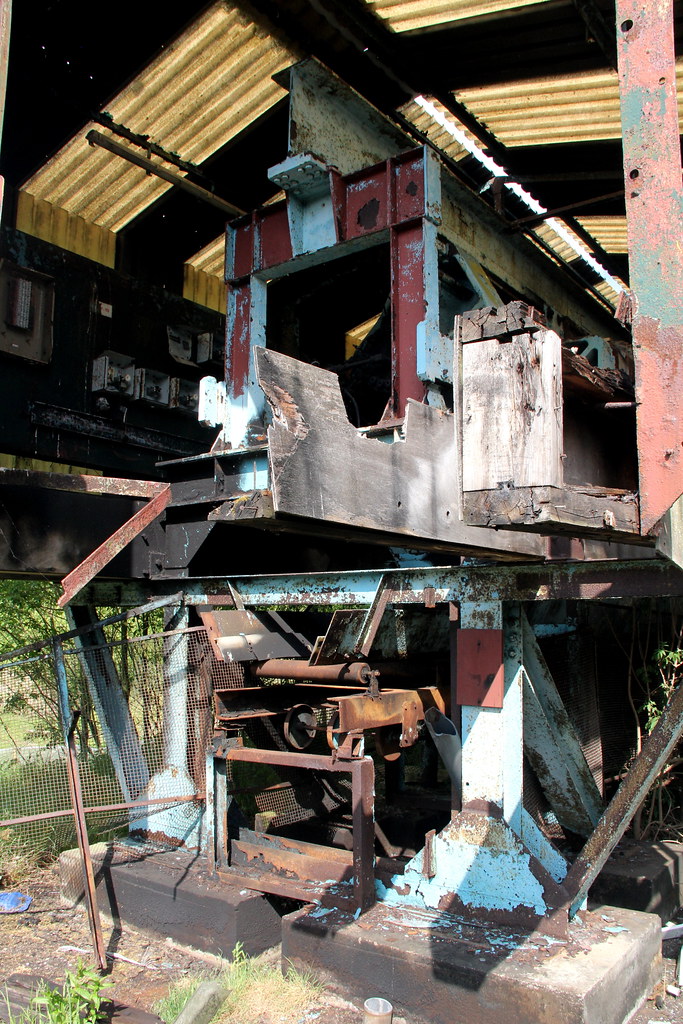 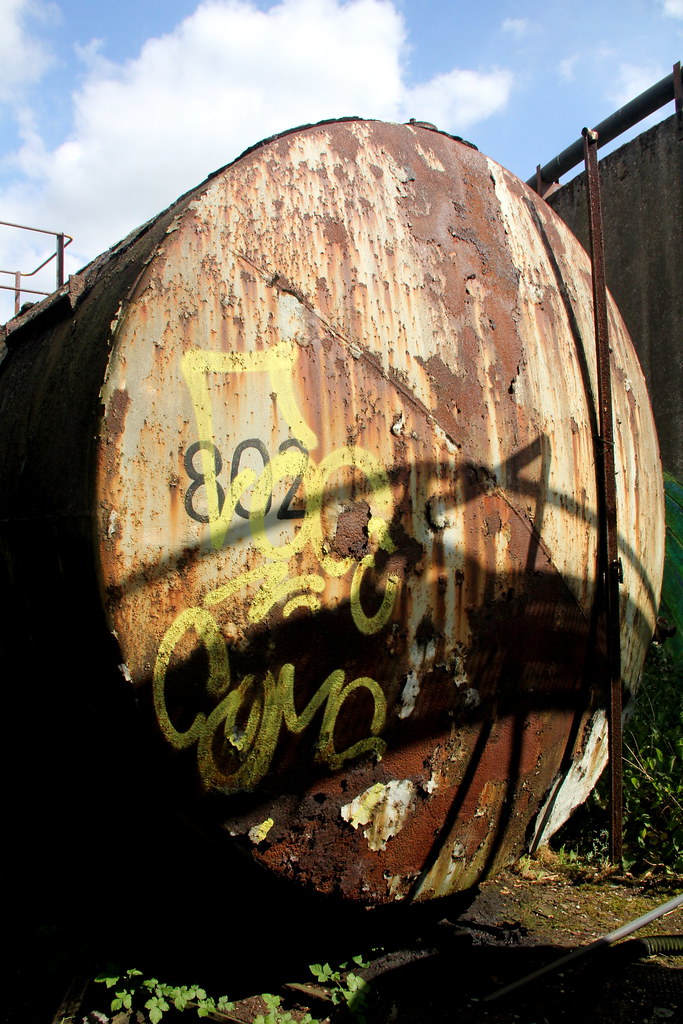 This has to be my fave bit of graff. A colab between Coloquix and another artist who name just escapes me: 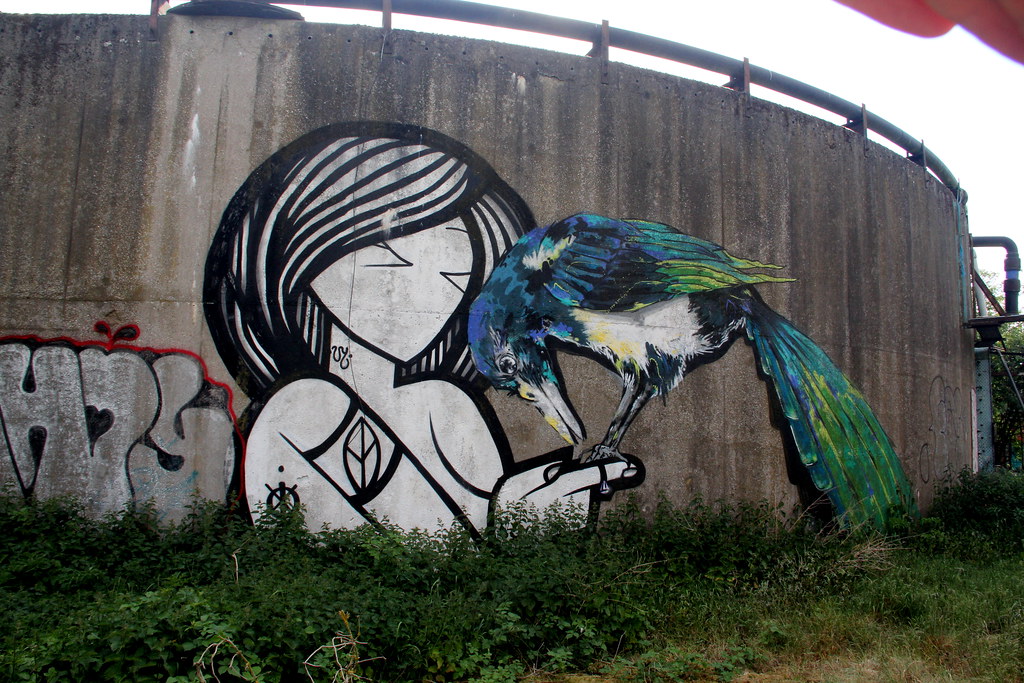 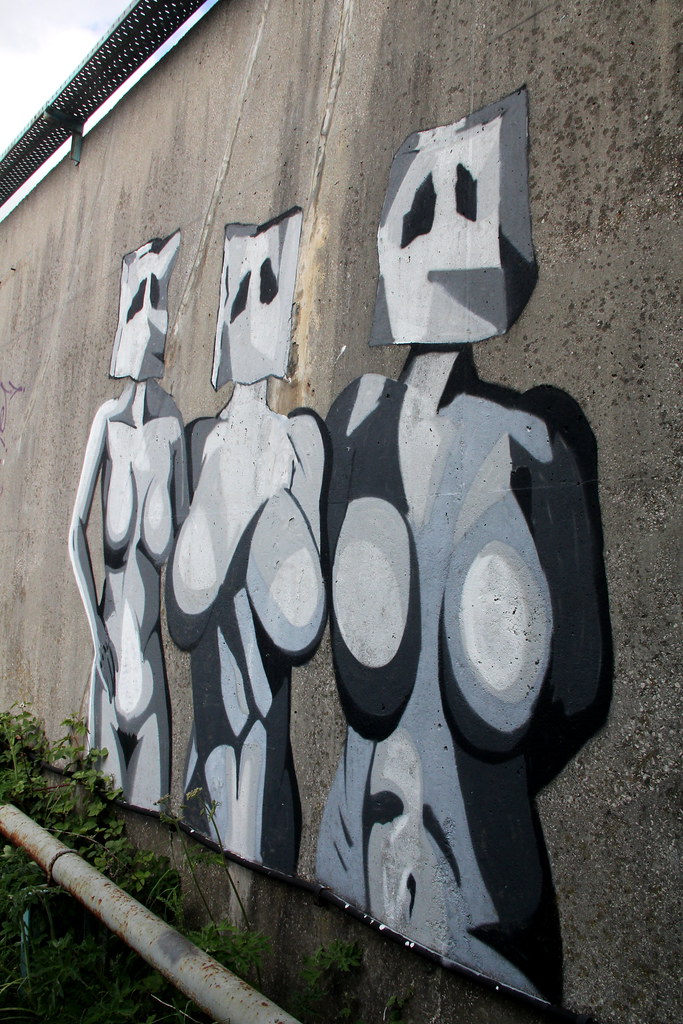 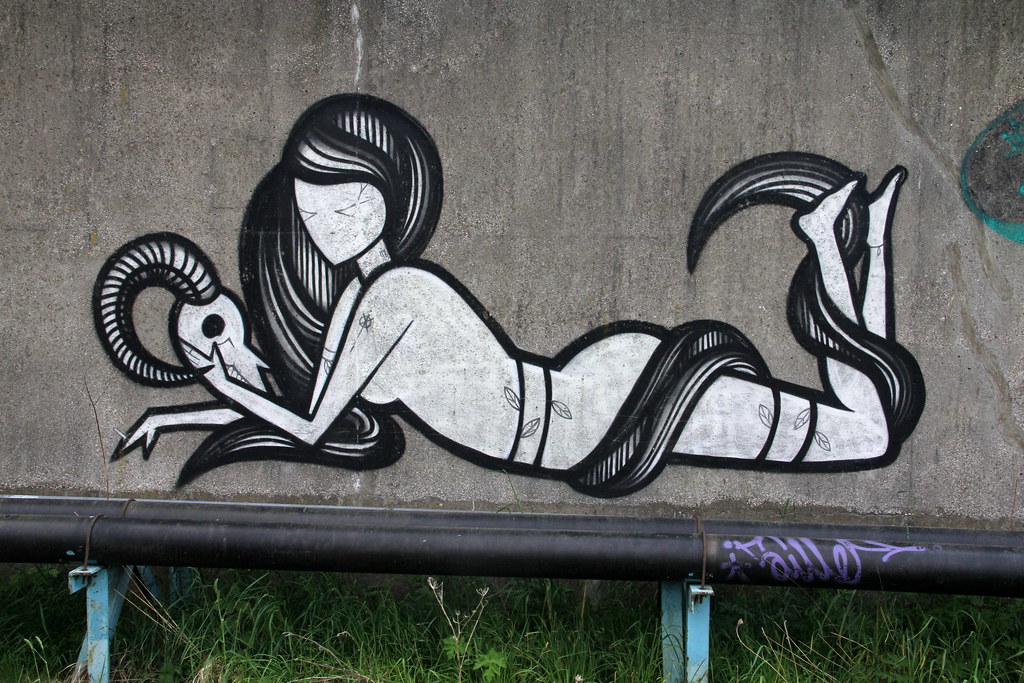 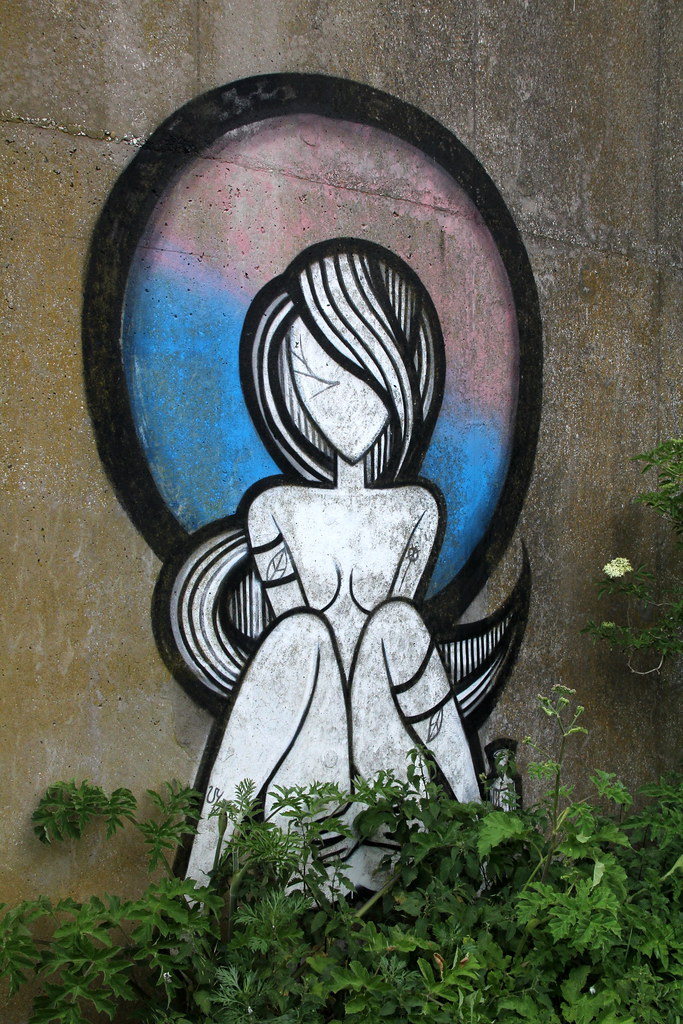 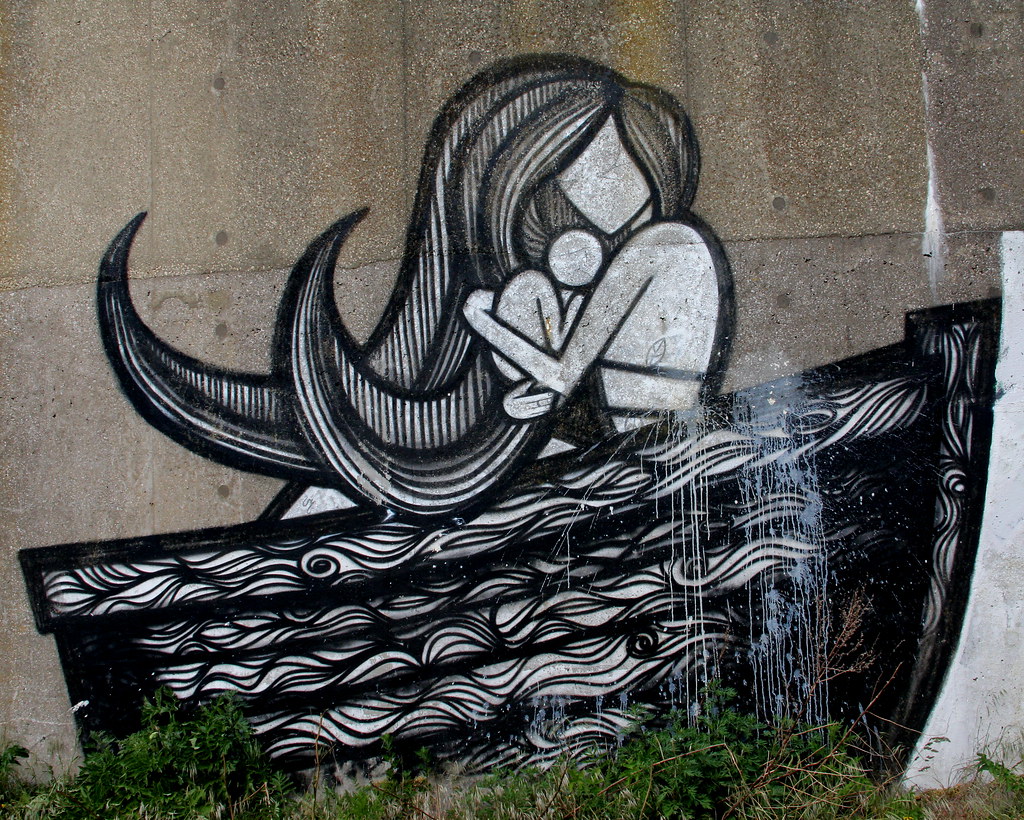 And a bit of both. Don’t fancy yours much : 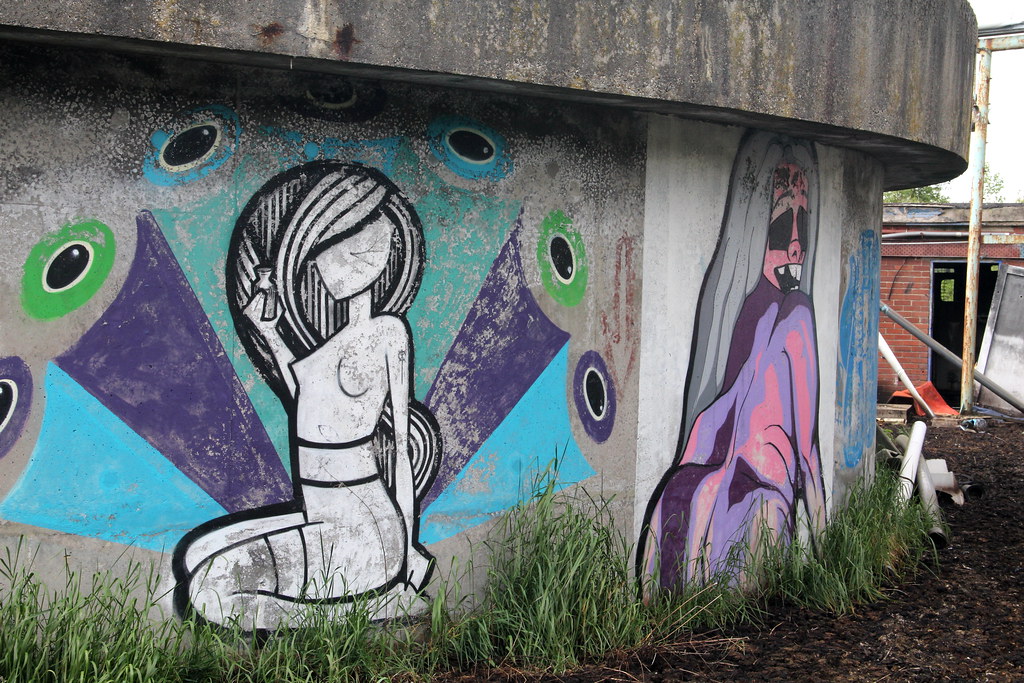 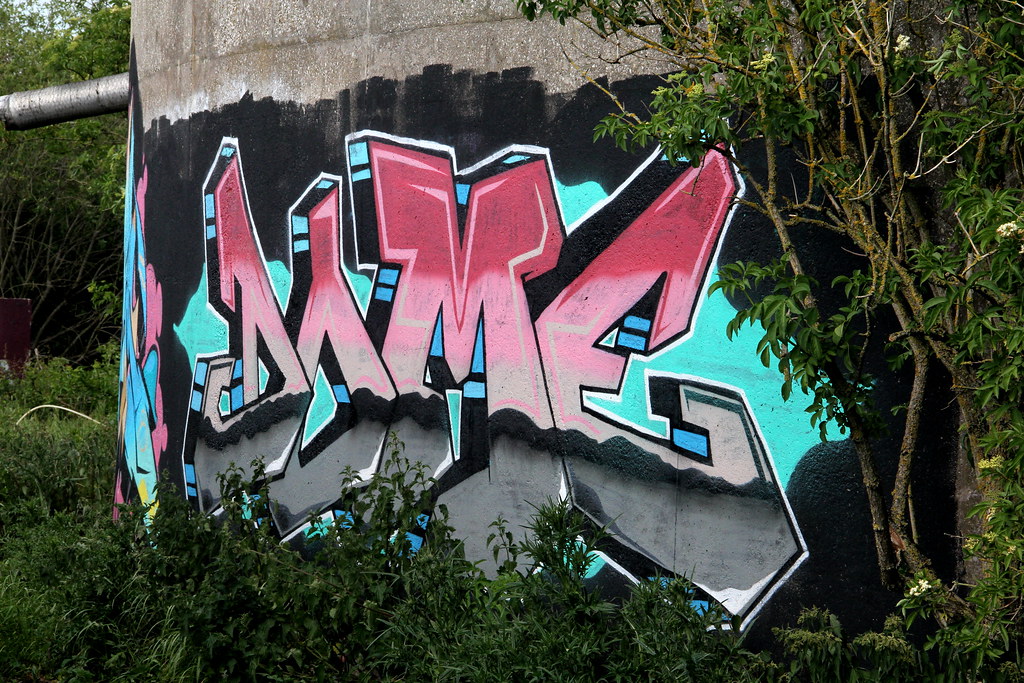 At least I made sure I didn’t get all that black sticky stuff over my shoes this time: 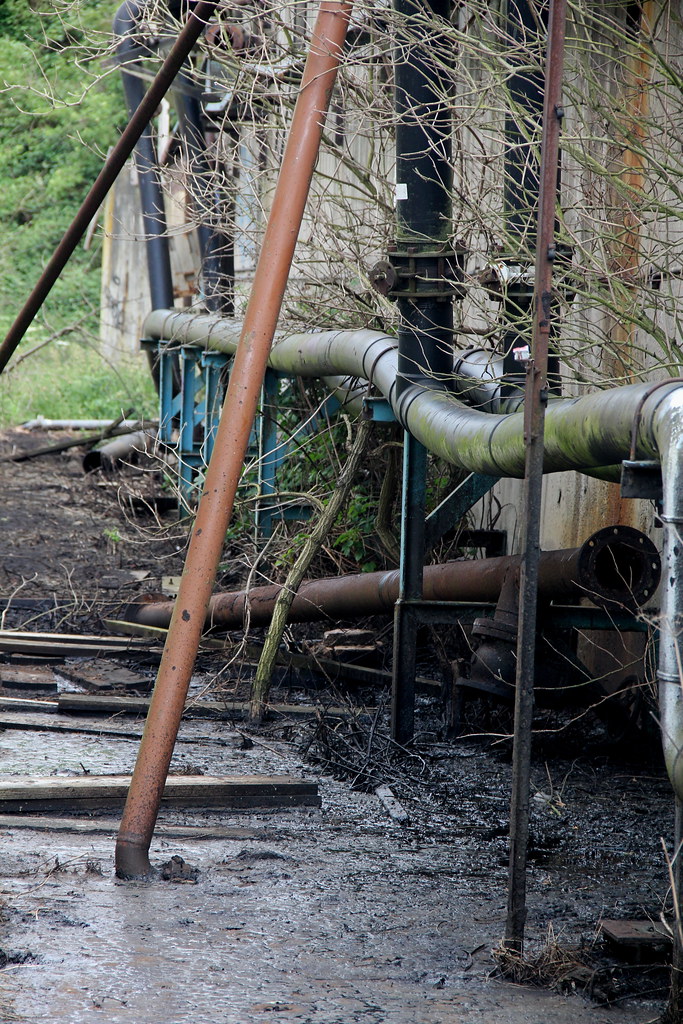 Regular User
Nice stuff H, well done on not wandering too close to the goo this time.
https://motionlessmike.blogspot.com
'Hidden Derbyshire'​

MotionlessMike said:
Nice stuff H, well done on not wandering too close to the goo this time.
Click to expand...

Ha ha, cheers man. Washed my boots but they still stunk to high heaven, so had to chuck them in the end!

Regular User
@HughieD The flower pattern could be Sill. The bird is Fauna I think.
www.3soteric3ric.blogspot.co.uk

Regular User
Nice shots. Some nice Coloquix there, and I think EE is right on Fauna, see a lot of his work, mainly birds. Nice report this

Calamity Jane said:
Nice shots. Some nice Coloquix there, and I think EE is right on Fauna, see a lot of his work, mainly birds. Nice report this

He is a she ;-)
www.3soteric3ric.blogspot.co.uk

Yep she is. Not on the ball, too much morphine last night. Yep Sarah ?

Calamity Jane said:
Yep she is. Not on the ball, too much morphine last night. Yep Sarah ?
Click to expand...

Yeah, used to be with Rocket01 but I'm not sure these days.
www.3soteric3ric.blogspot.co.uk

Esoteric Eric said:
Yeah, used to be with Rocket01 but I'm not sure these days.
Click to expand...

They did this in Feb this year, so I think still a couple or friends. But still collaborating:

28DL Full Member
This is fairly local to where I live; it's Dennis Skinner's (The Beast of Bolsover) old consituency. There's another side to the history of that site. It caused massive pollution to the entire area (Doe Lea valley). Towards the end of the time of the factory, the river Doe Lea was found to have pollution levels that were off the scale with regard to PCBs; I read it was something like 1200 times the known safe level. The local dairy farmers were banned from selling their milk because the pollution was so bad it had got into the cows via the grass.

I still fly over there, from 2000 feet up you can sometimes still smell the place, even thought it's been shut for years and they've cleaned it up by scraping the top levels off and bundling it up in membranes. As far as building housing on there goes, it's as well it's only going to be a railway line!
W

28DL Full Member
Just a few days ago the Transport Secretary confirmed that the Leeds leg of HS2 will go ahead and the proposed route will pass right through the middle of the former Coalite site.
W