Regular User
I was heading for a quarry but it had started to rain so I stopped here instead.
It’s an obvious walk-in so I assumed it had been done before - indeed on looking it up there were several reports.
The most recent is from a couple of characters who zipped through while I was fiddling with another borrowed camera in the basement.

“The site was originally the Gem Brick Tile and Terra Cotta Works Company and locals still refer to the site as the 'Gem'. In 1901 it was voluntary wound up and the Alyn Brick Tile & Terracota Company took over. The chimney was added in 1911 (built by Ephram Jones). By 1916 the plant had closed and it was then refitted as a silica works by Colin Steward Ltd. Local hard silica sandstone was taken from a quarry above the site and transported in trams down a cable tramway (there's still the remains of the winding houses up in nearby fields). The stone was then ground down to powder that was used by Lever Bros as the scouring agent in 'Vim'. The plant produced 600 tons of powder per week which was transported by rail from a private siding. The silica dust by-product was diverted to the chimney where it was captured by a water spray and piped to a nearby pond where it solidified and reclaimed the pond and marsh back into land. Colin Stewart Ltd closed when Levers ended the contract in 1959. More recently, the site was acquired by Clwyd Alloys, and was used as a foundry for the reclamation of scrap metal. The site closed in 2002, and outline plans for housing have been submitted.” To this I can add that plans for housing were rejected in 2009, and the locals burnt down one of the modern sheds at the lower end of the site recently.

It’s an OK place for a wander but there’s not a great deal to interpret - by far the most interesting bit is the large and quite complete Hoffman kiln.

First an 1899 map to illustrate just how industrialised this valley used to be, with railway lines, quarries, sand and clay pits and several local sources of coal. 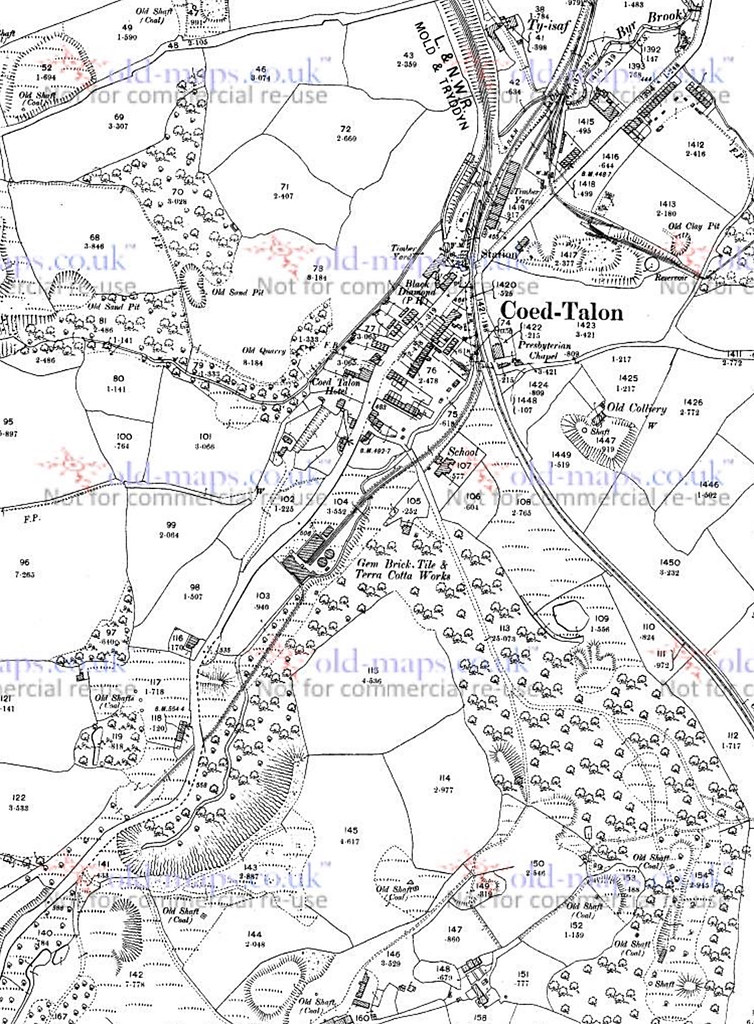 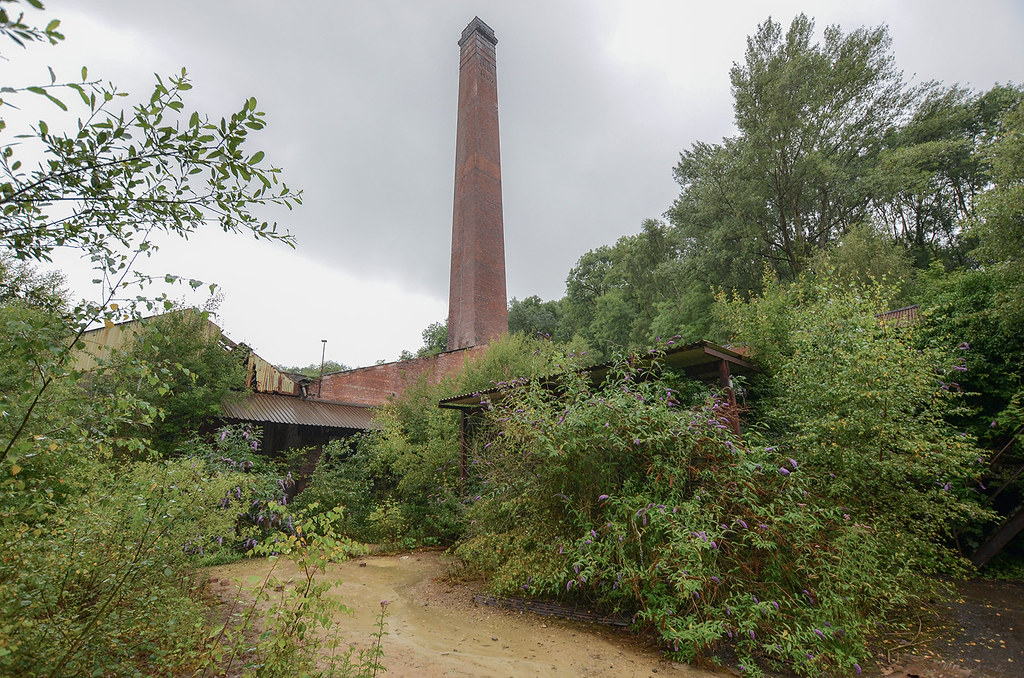 A few pictures of the remains of Clwyd Alloys, with shaking tables last used to process what looked like granulated aluminium. 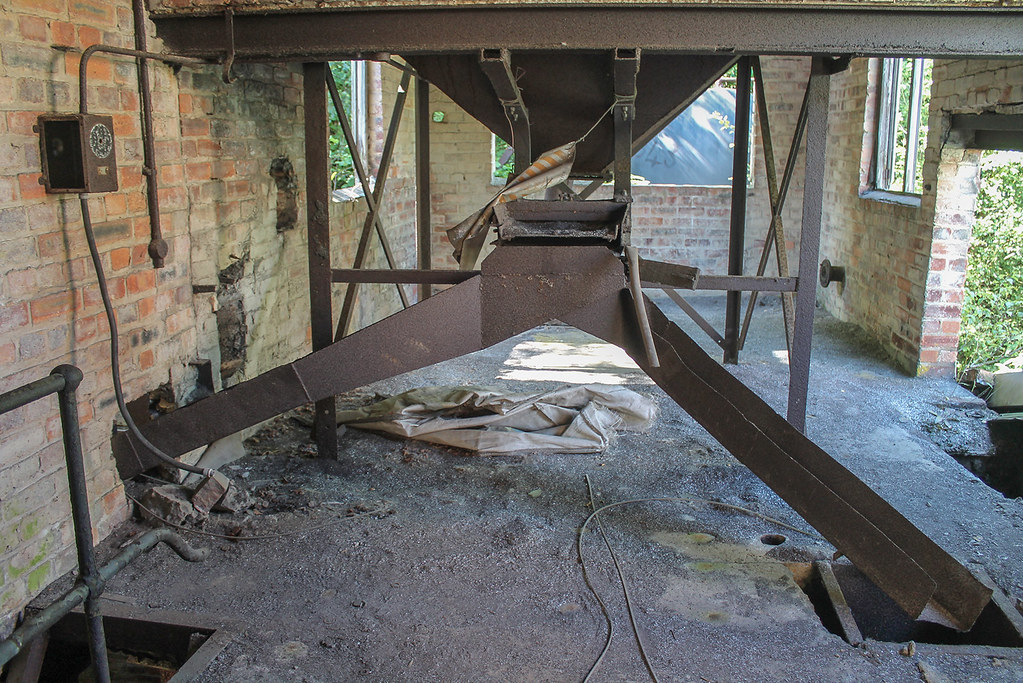 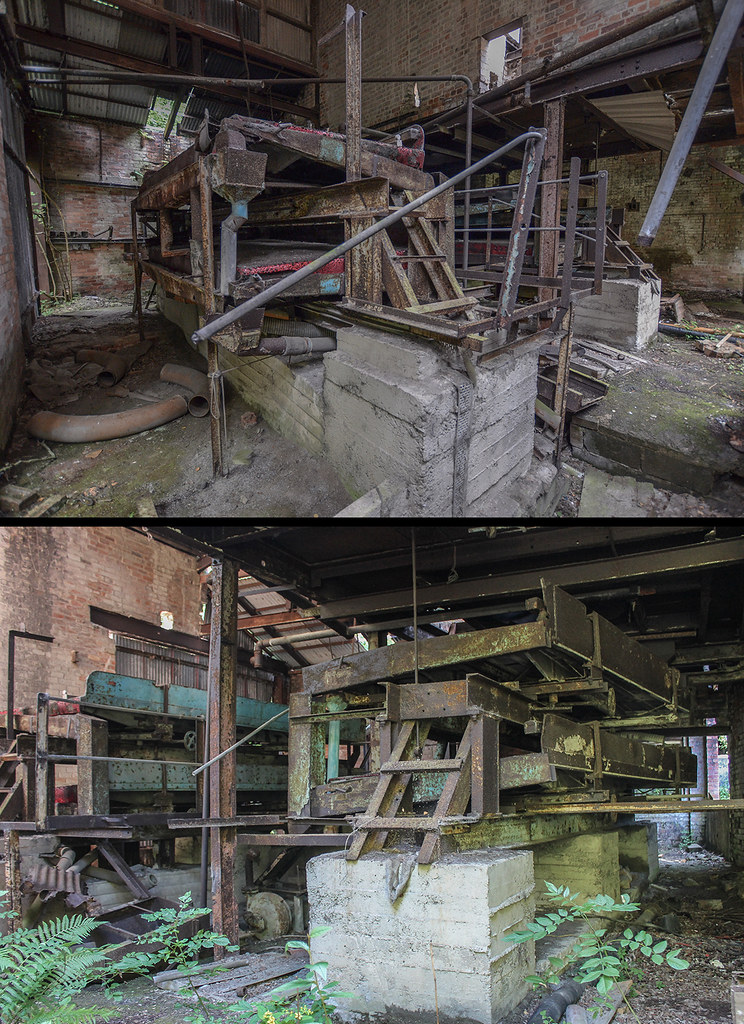 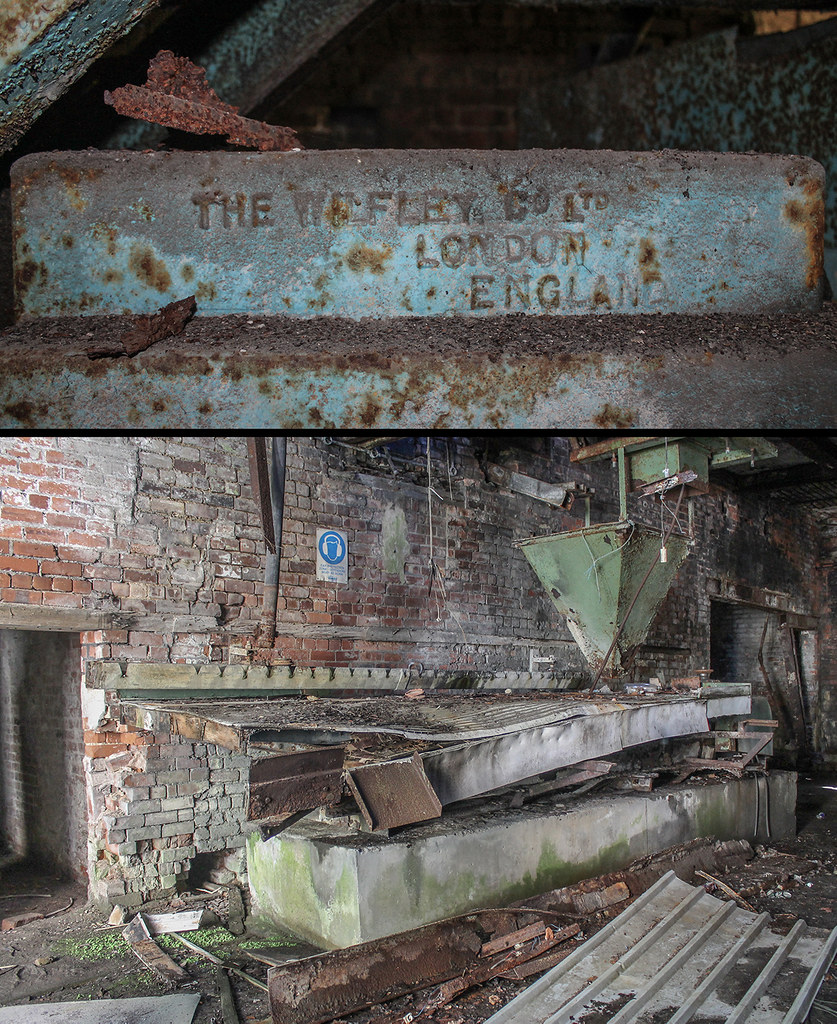 Some part of the silica works, with powder-encrusted chimneys. 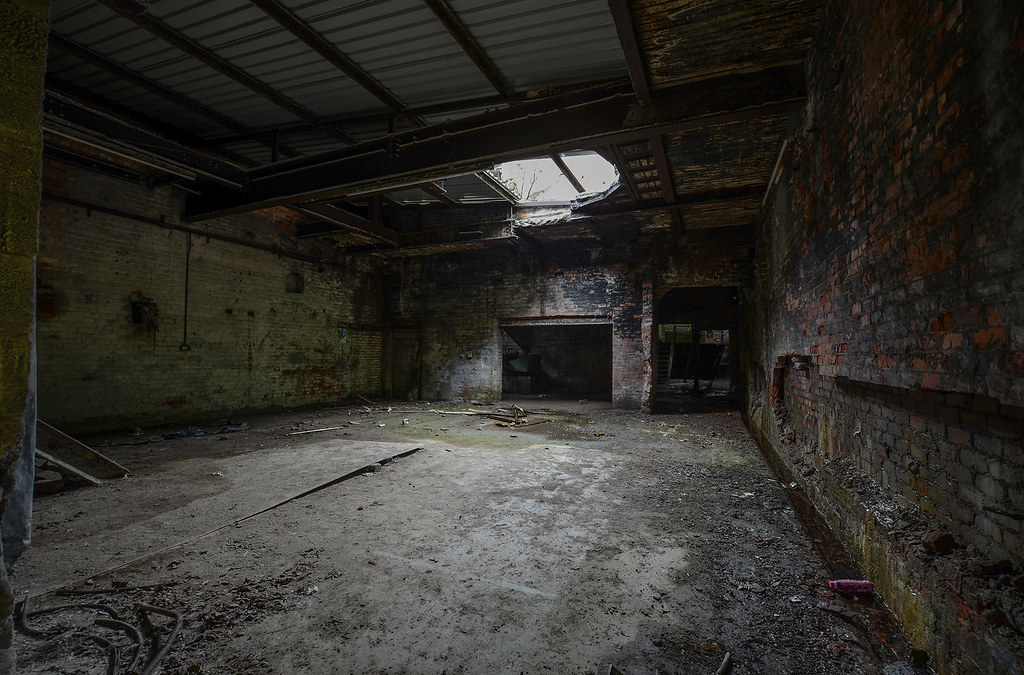 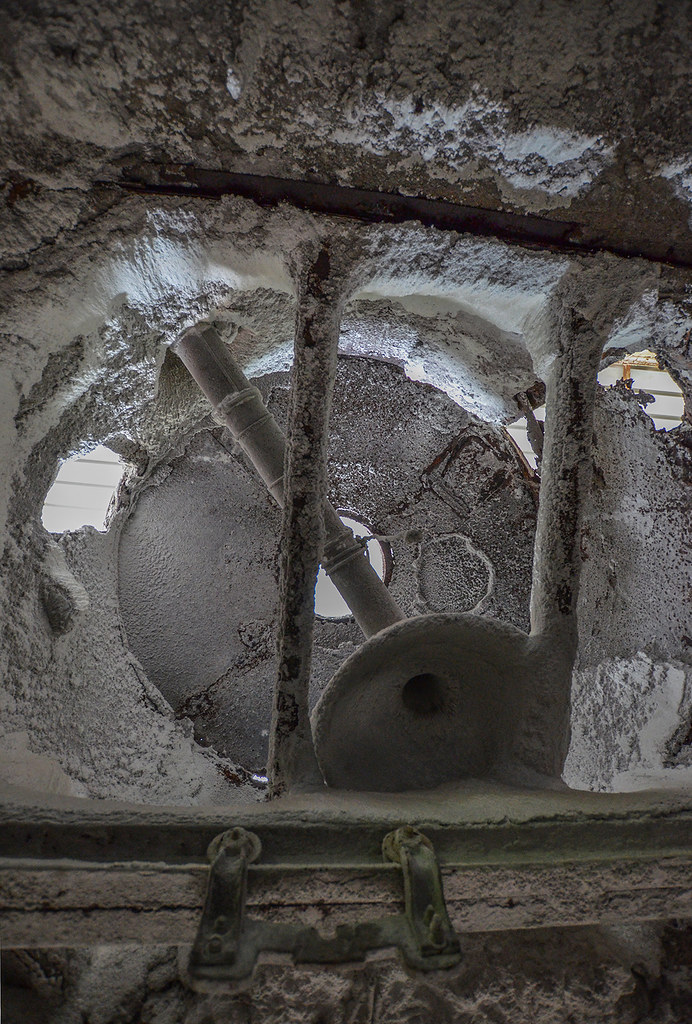 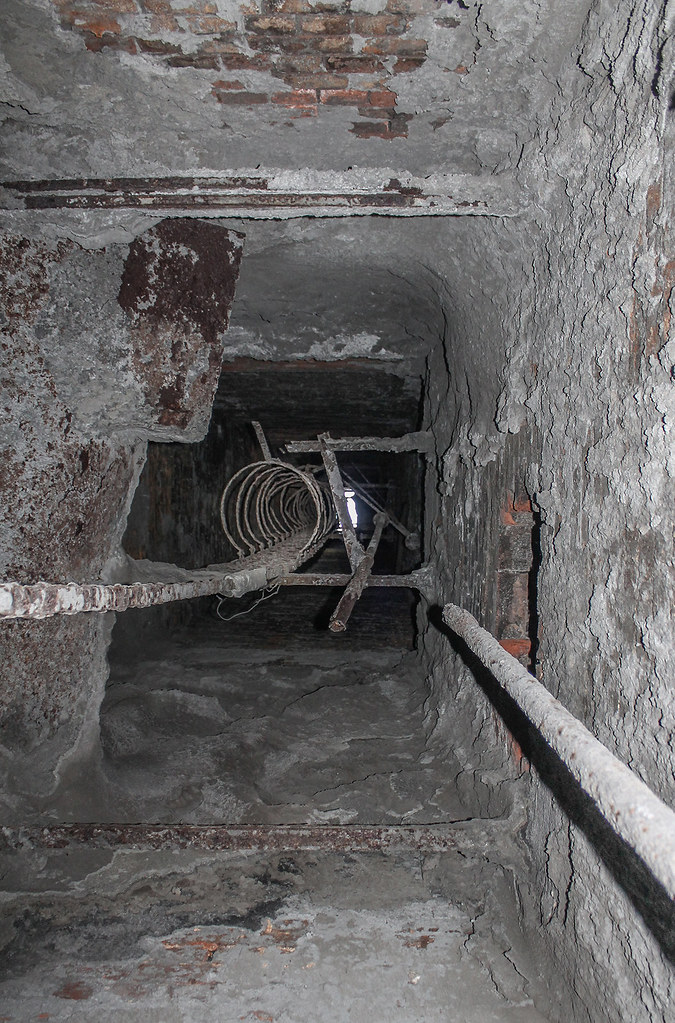 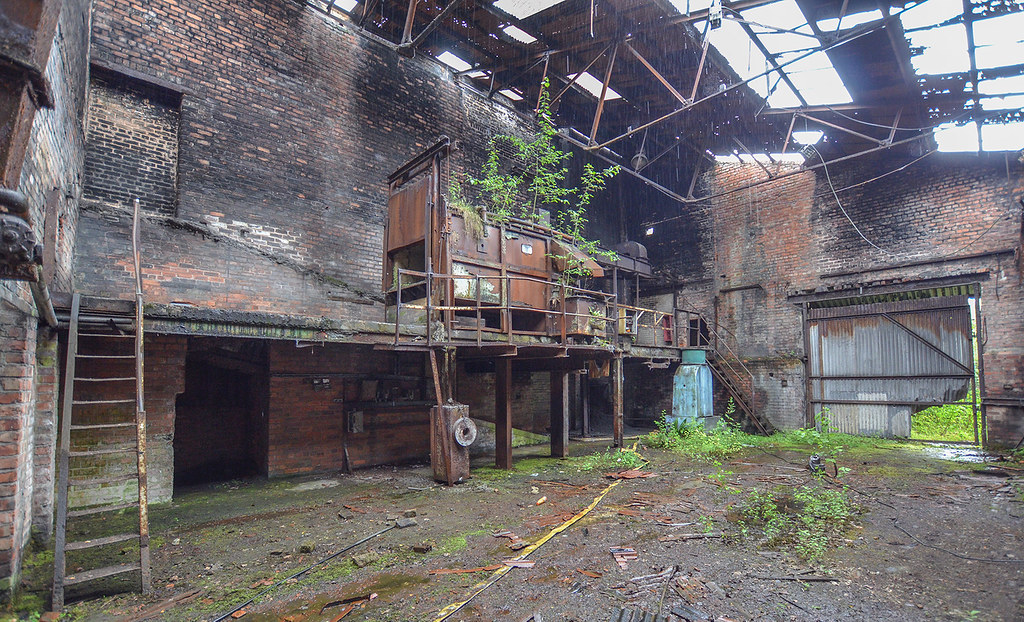 The kiln with the usual sloping sides and chambers. 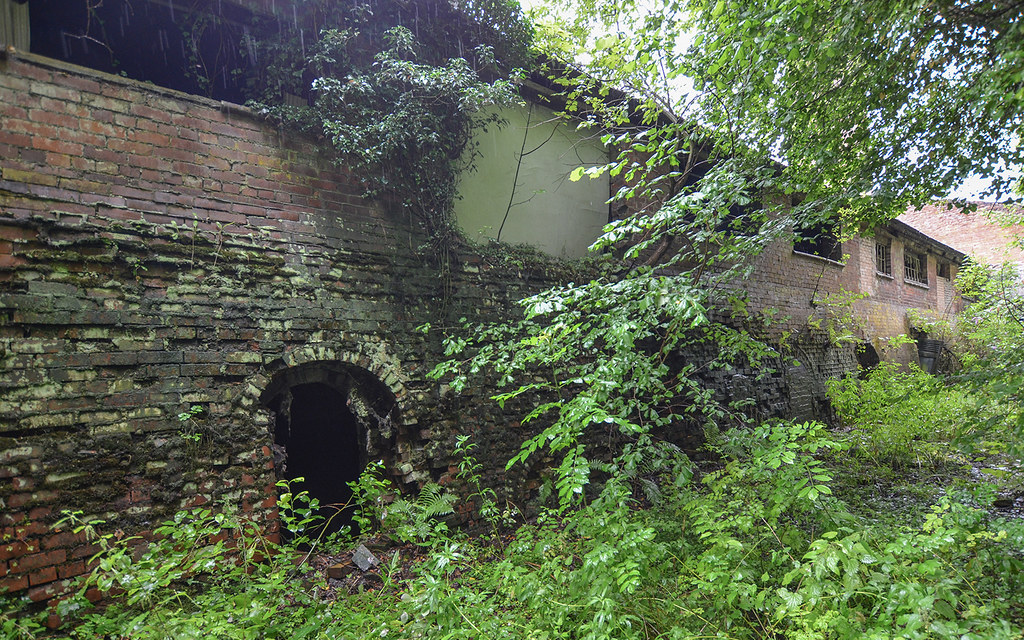 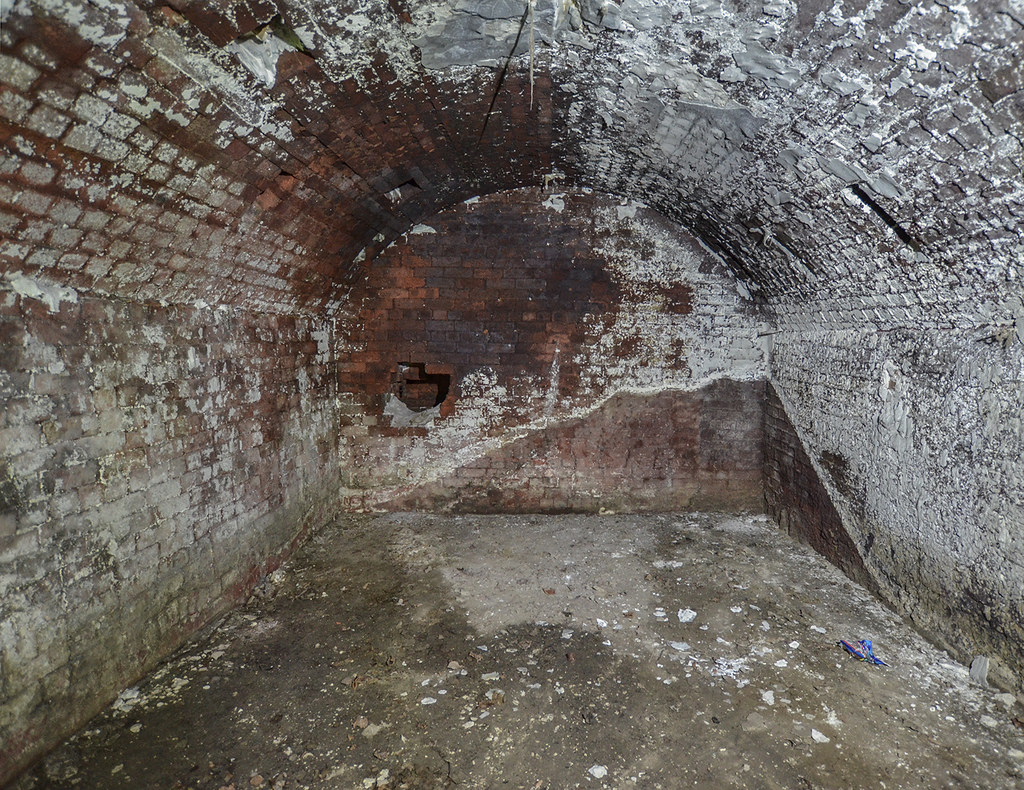 Hot gases were circulated through the chambers via vents in the walls and floor and a central ground level flue, with coal shovelled through holes in the roof (now blocked off). 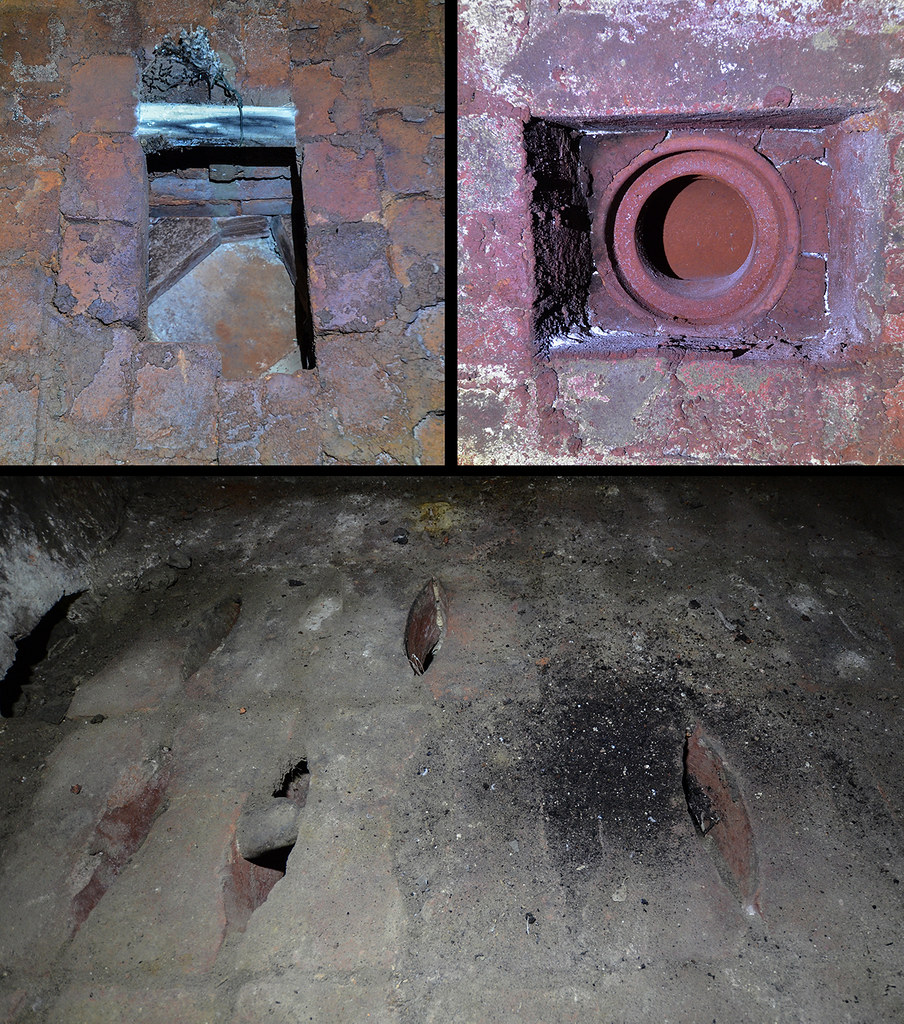 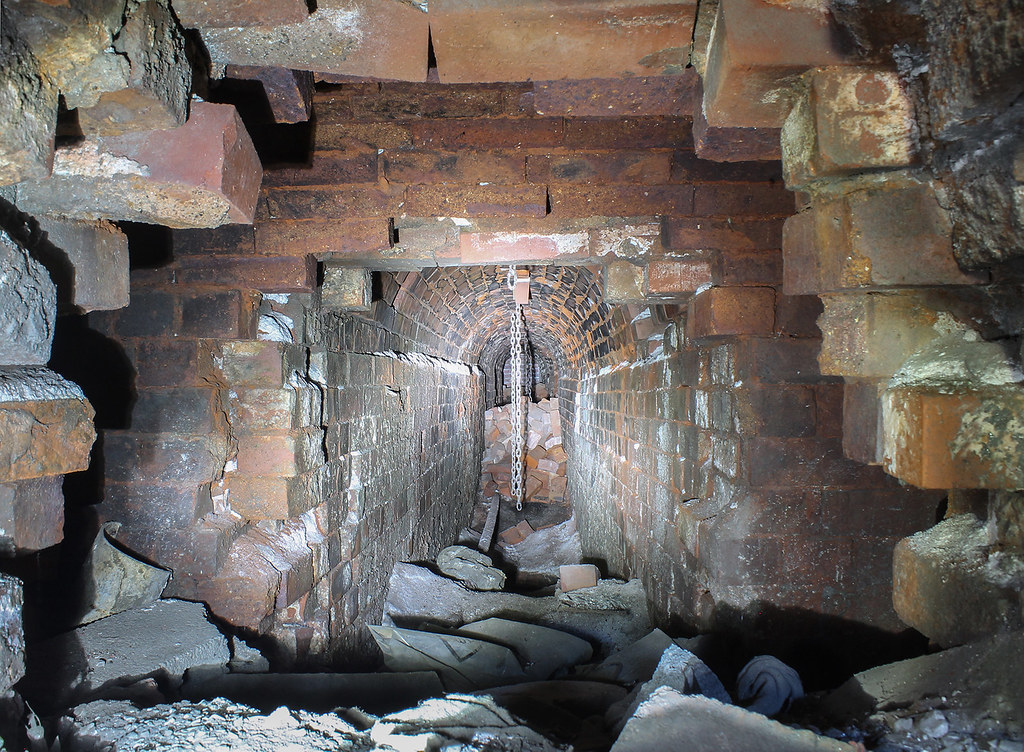 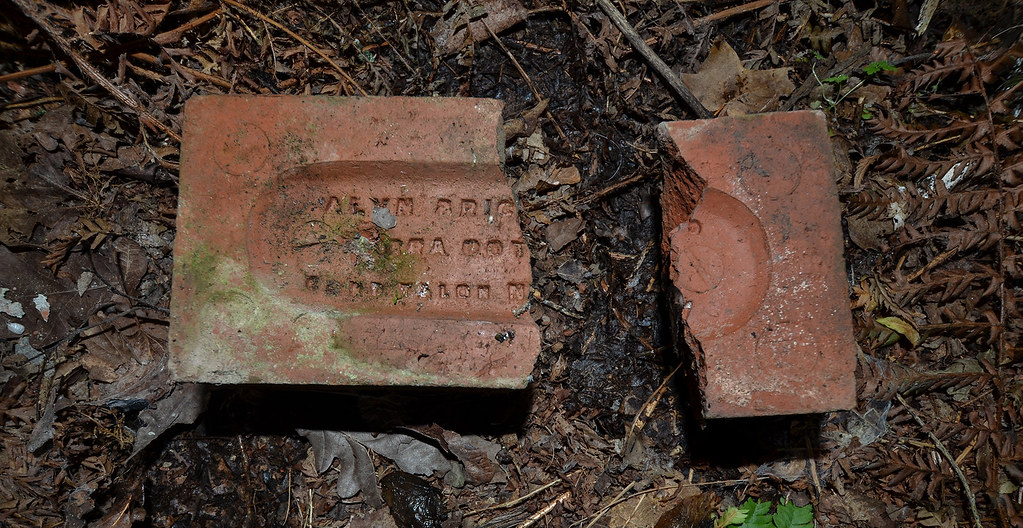 Some of the firing chambers have been repurposed. 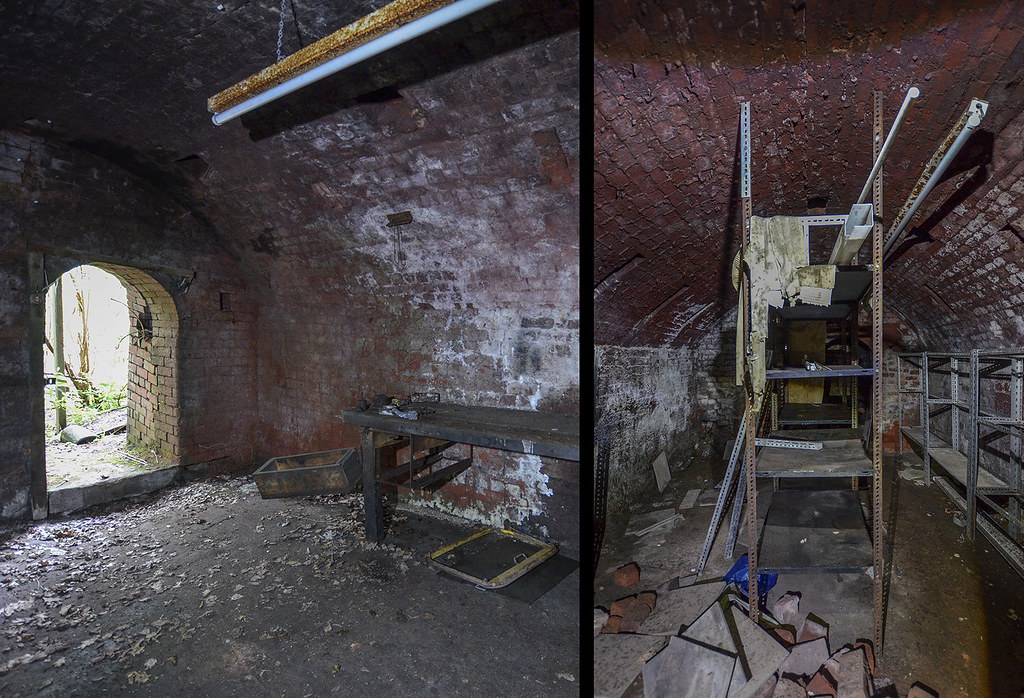 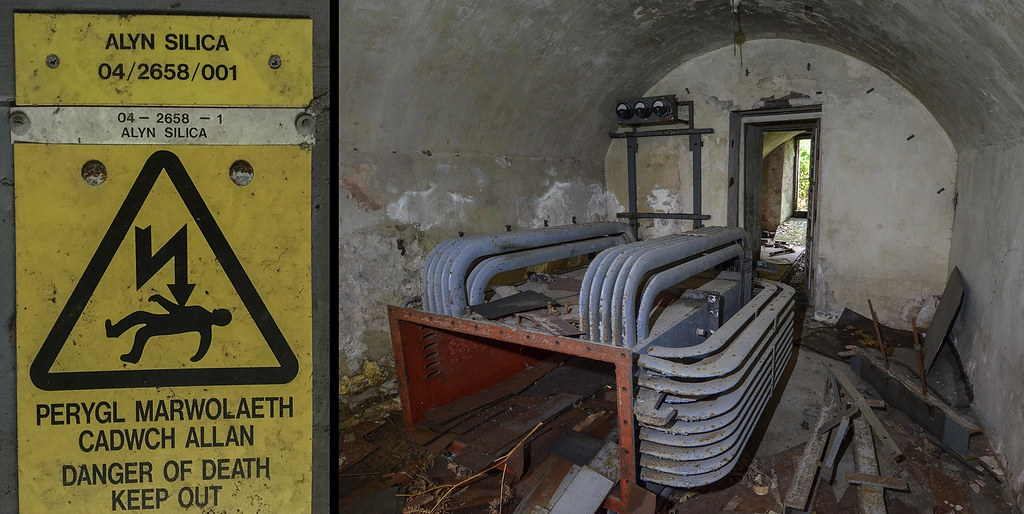 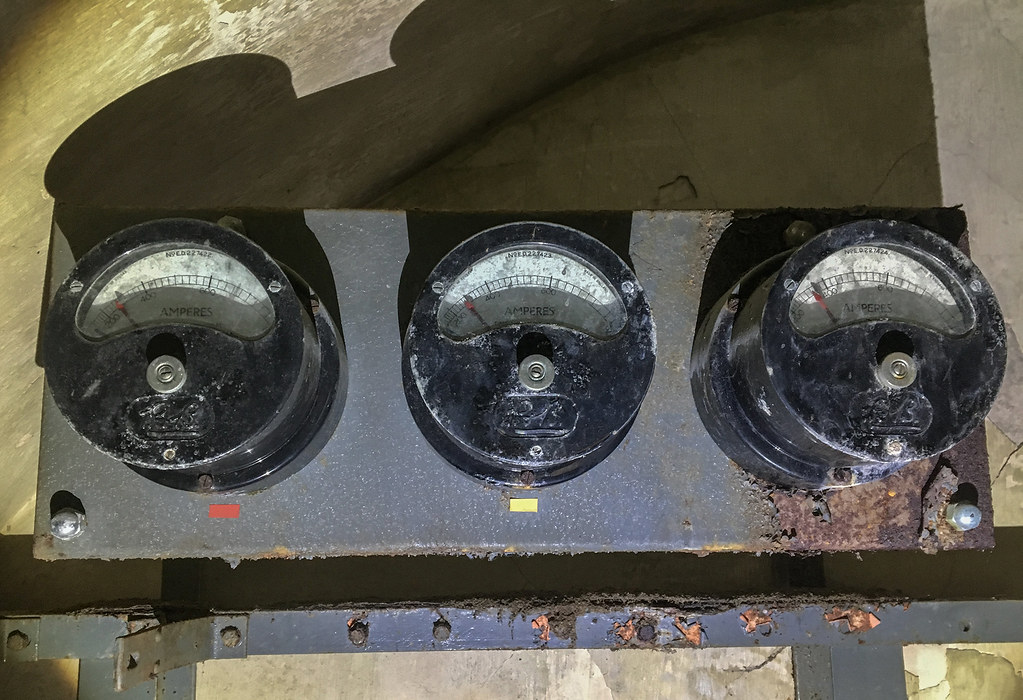 The firing floor of the kiln, with holes now skimmed over. 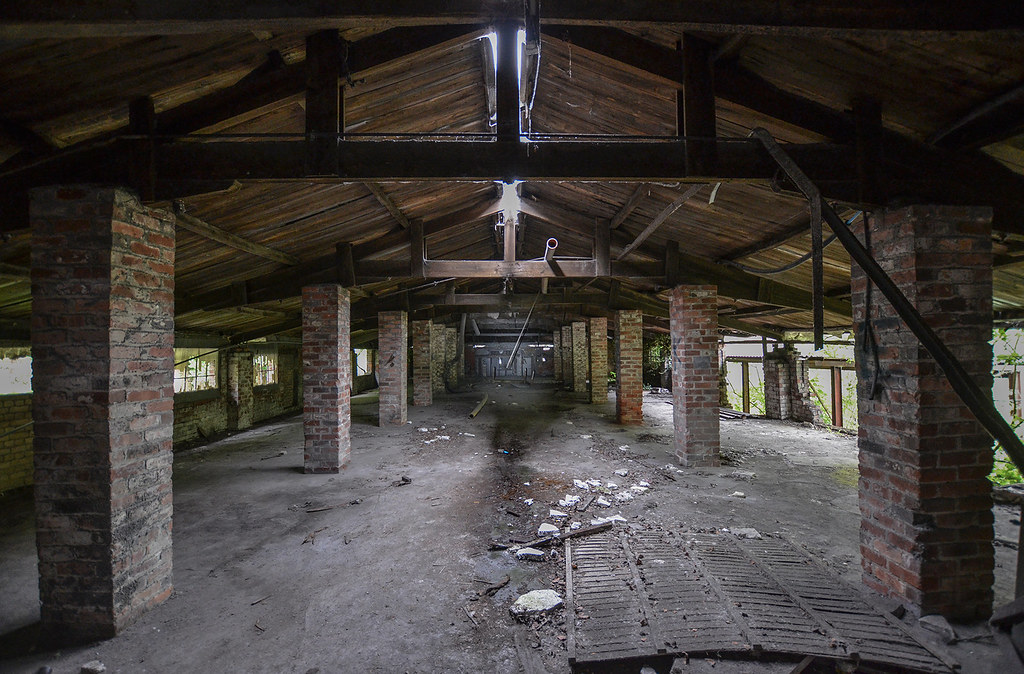 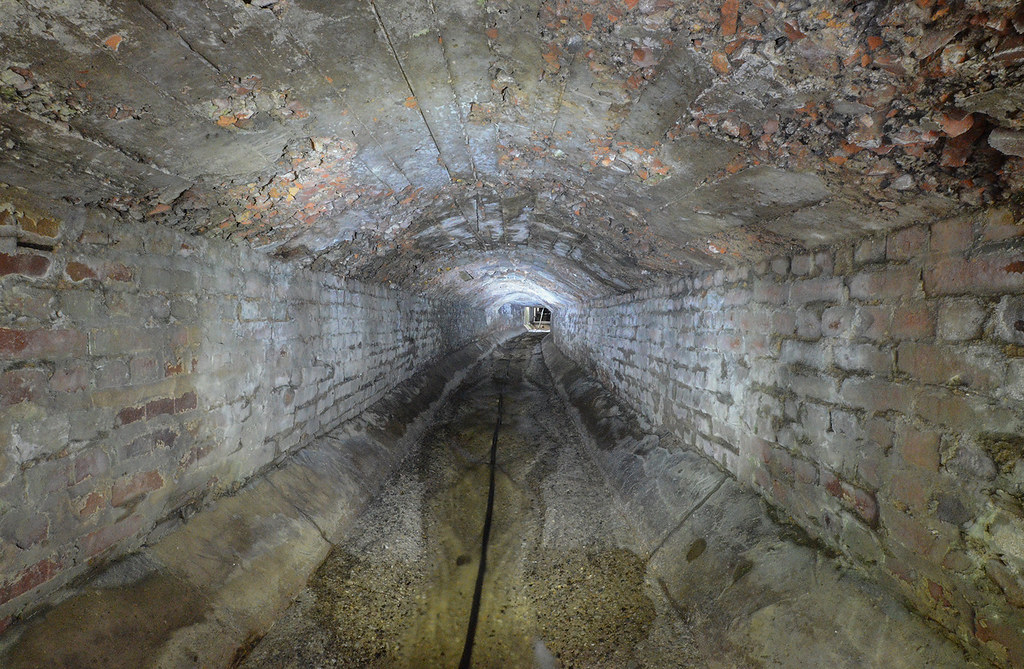 Finally a look at the remains of Coed Talon Primary School (1885 - 1992), which is right next door.
This was apparently last occupied by an IT company, but is now a complete ruin. 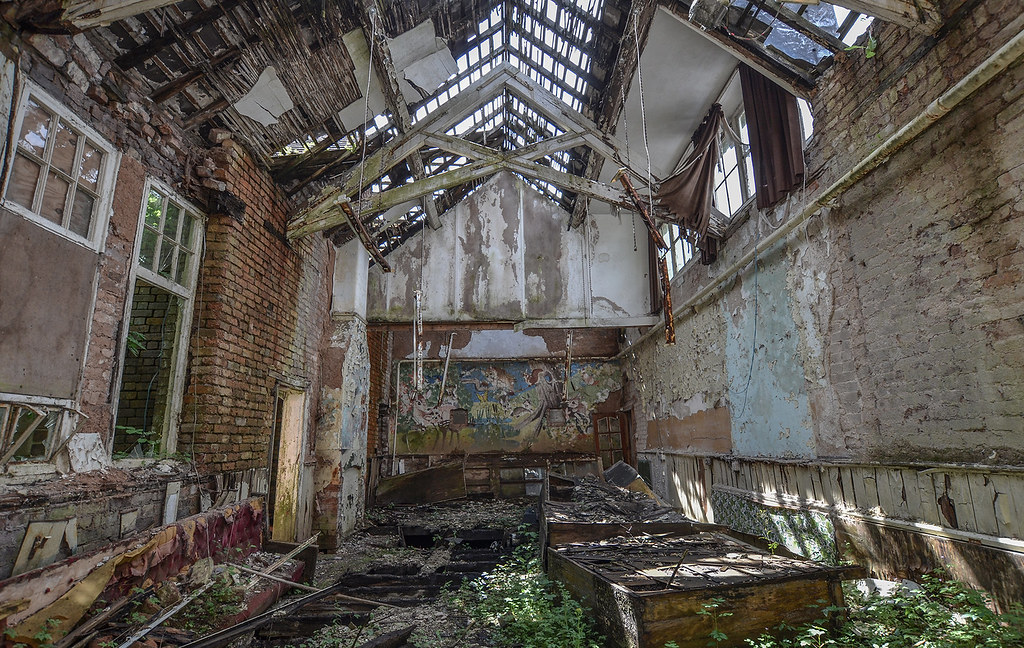 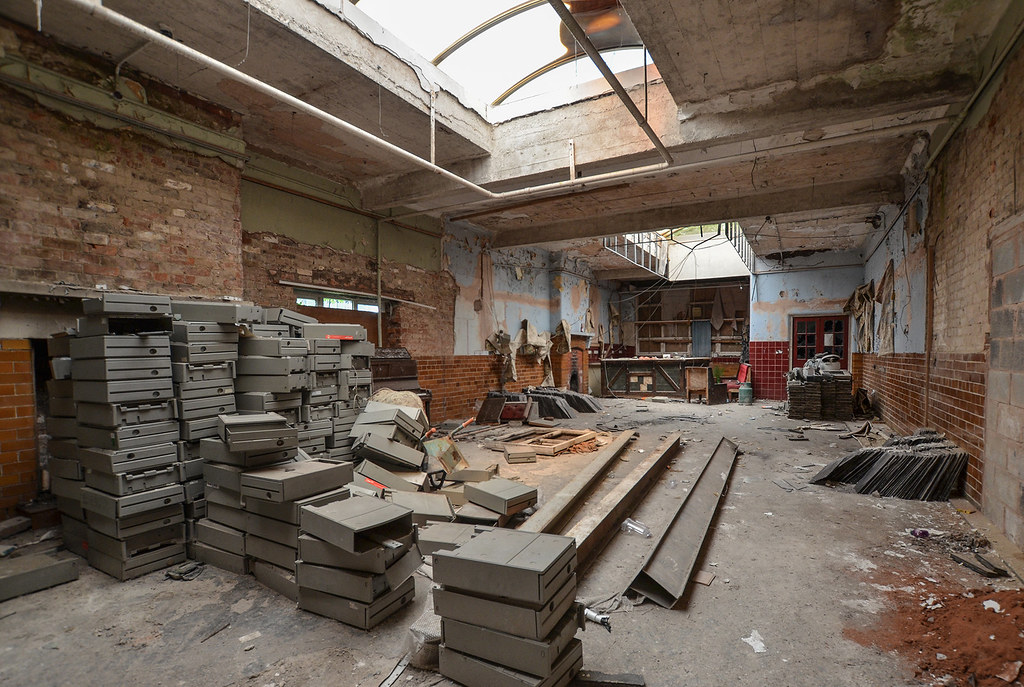 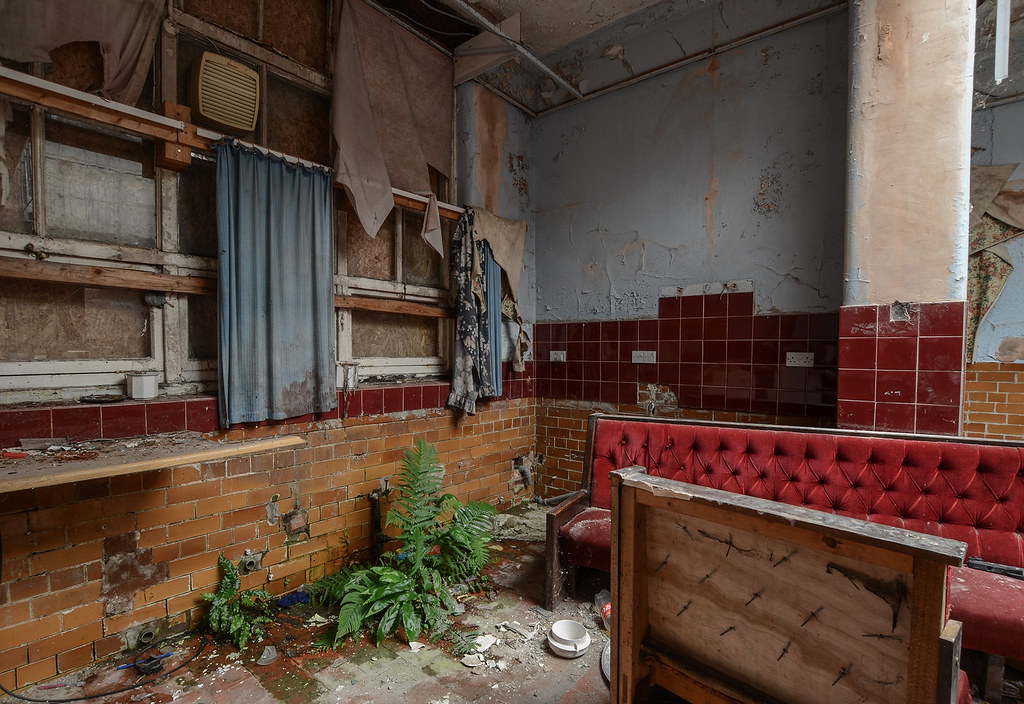 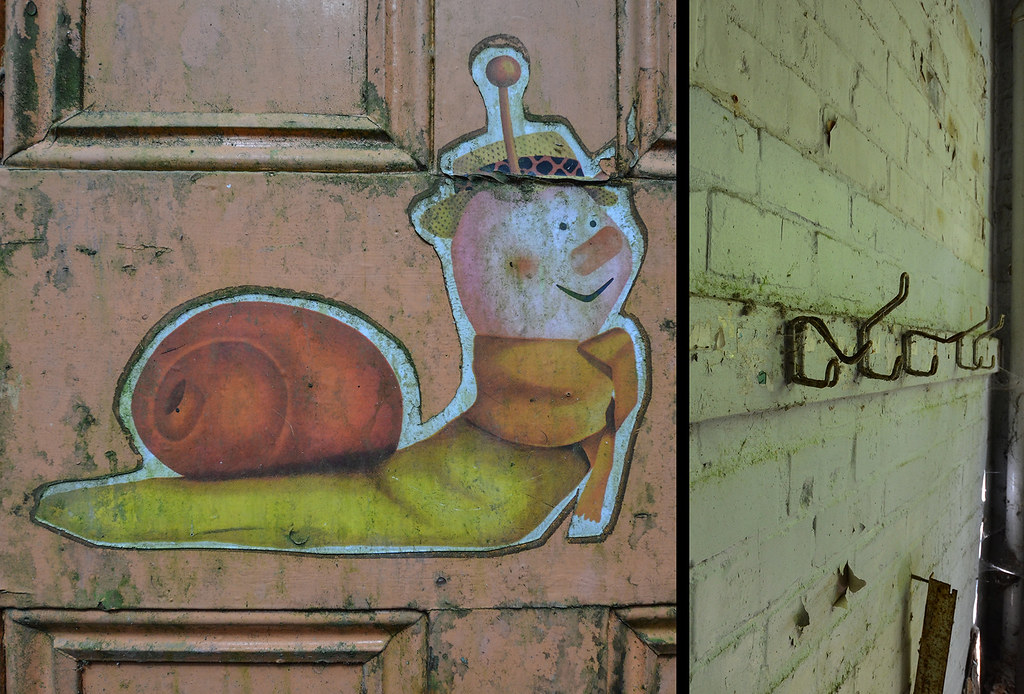 Regular User
That 2nd to last shot I really like. Its so inside out, and the epitomy of a derp photo.Its all encompassing & really stood out for me. Love it