Regular User
A nice local wander for once. I had originally made plans to head further north with @Landie_Man but with the impending demolition of this place looming large, felt it better to not miss out on a big local site like I have done in the past through my own silliness.

Cox & Wyman had operated a printworks in Reading since 1777, and although this factory is nowhere near that old, parts of it still date from the early 1900s. Cox & Wyman are the oldest printworks company in the country and exclusively prints paperbacks - around a million a week - across their sites which are now owned by CPI Books. In February 2010 an expansion and modernisation programme was initiated which resulted in brand new equipment being brought into the factories however the firm lost out on a multi-million pound, multi-year contract with their main client, Penguin Random House which was won by biggest rival St. Ives Clays. In early 2015 there was a 30-day consultation period put to the workers and the sad result was the works closed in February 2015 with the loss of 40 jobs, many of whom had been there for decades.

After closure the equipment was removed and presumably either sold off or used in their other printworks and for the next few years the grounds and factory buildings were used by TV, film and theatre set dismantling and recycling company Scenery Salvage. My first look at the factory was some time last year when that company was still occupying the premises however earlier this year they left as redevelopment plans moved a step forward. As of now there are workers on site in the week doing a light stripping and site surveys for asbestos and that sort of thing, and I can see the main demolition works commencing after Christmas. It was quite amusing finding the site sign in log which detailed the contractors who were in there working only the day before.

After bailing earlier in the day due to there being nosey neighbours hovering around, we went off and had some breakfast then came back and got straight in the very public access with no issues, and spent a good two+ hours there poking about. As it's so stripped it's a place you had to persevere with to find the nice bits, however there were plenty of old props left over from it's last occupant to amuse us along the way, plus boxes and boxes of books which presumably given the random nature of them - from early 1800s books on the Roman Empire to 'adult' fiction and new ish kids books, had all been used as props for bookcases in theatres or TV shows or whatever. The coolest part had to be the amazing air brick exterior wall in the cafeteria, which when the row of glass doors adjacent to it were opened would have provided wonderful ventilation in the south-facing room during the summer months and I imagine a place they could smoke in the winter without going outside! Sadly it had been covered with corrugated plastic sheeting at some point but the effect was really cool.

Please excuse my shoddy externals taken on my phone through gaps in the fence. 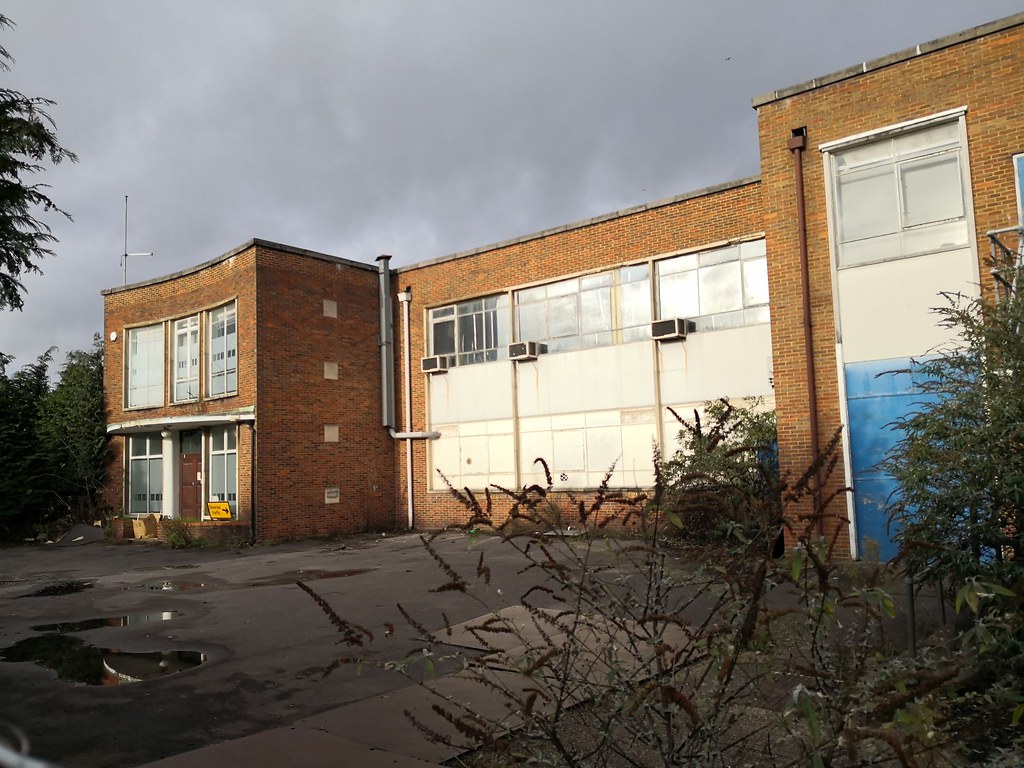 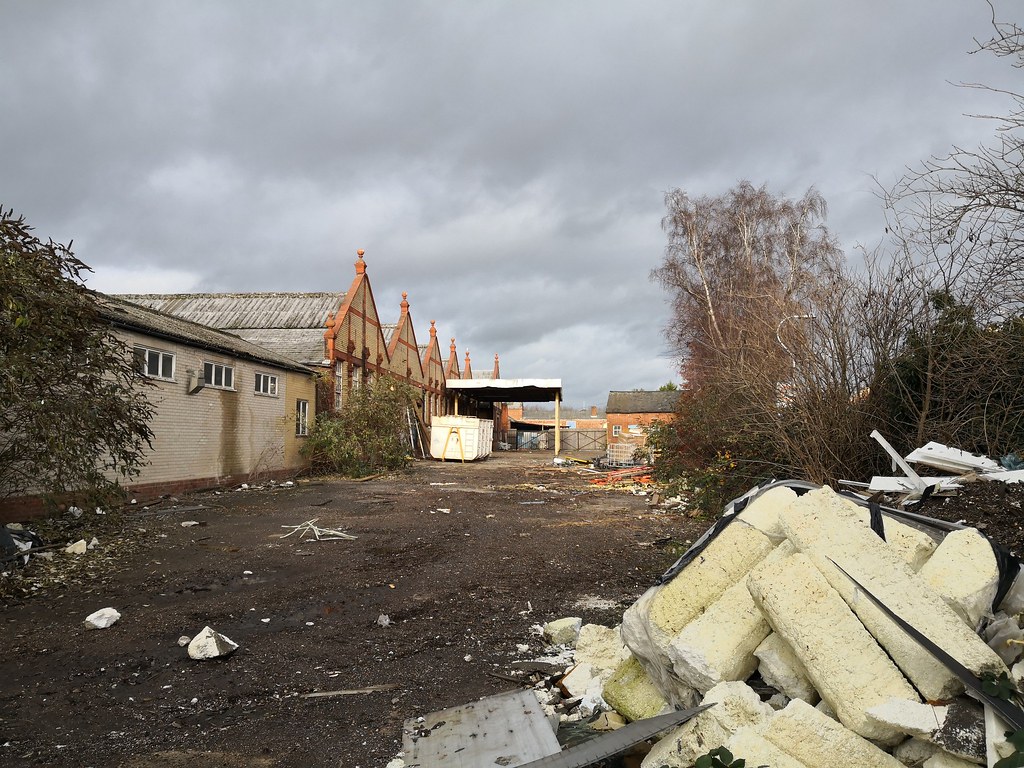 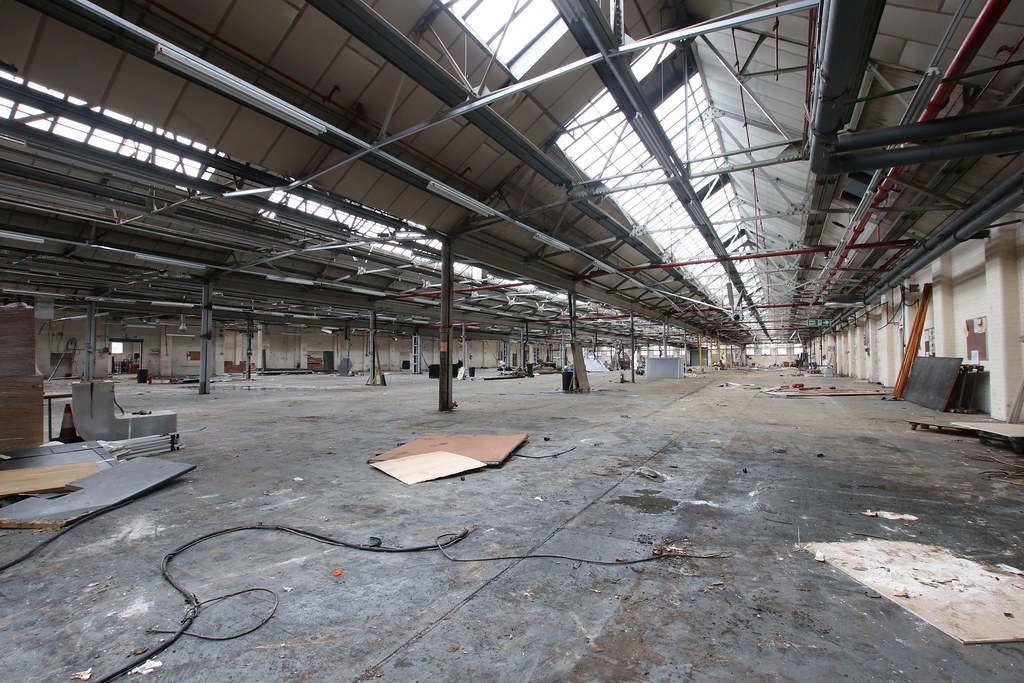 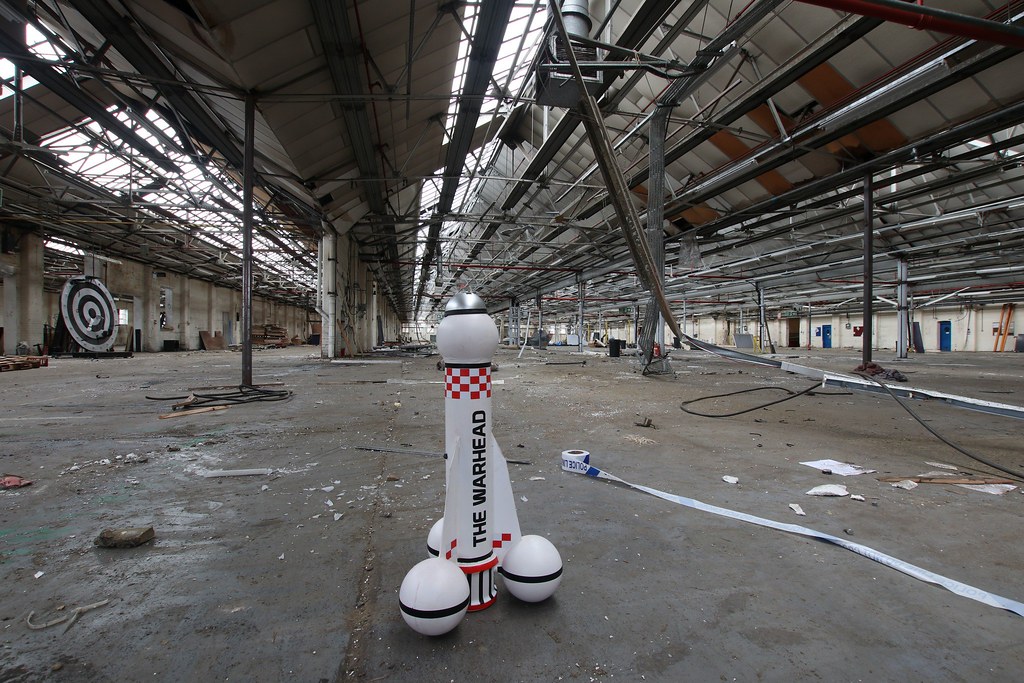 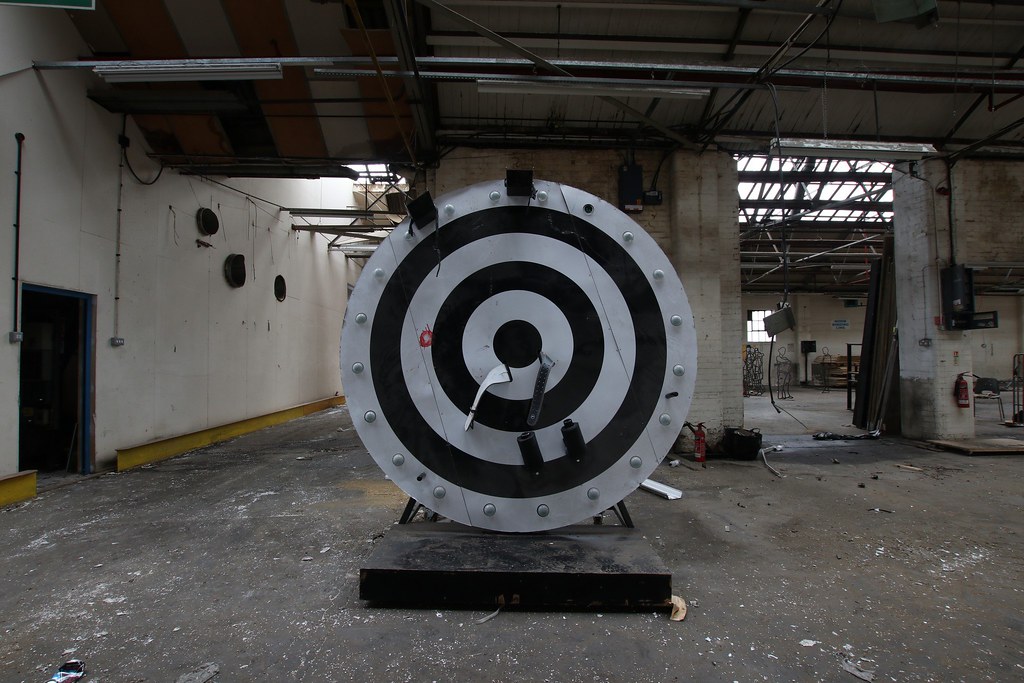 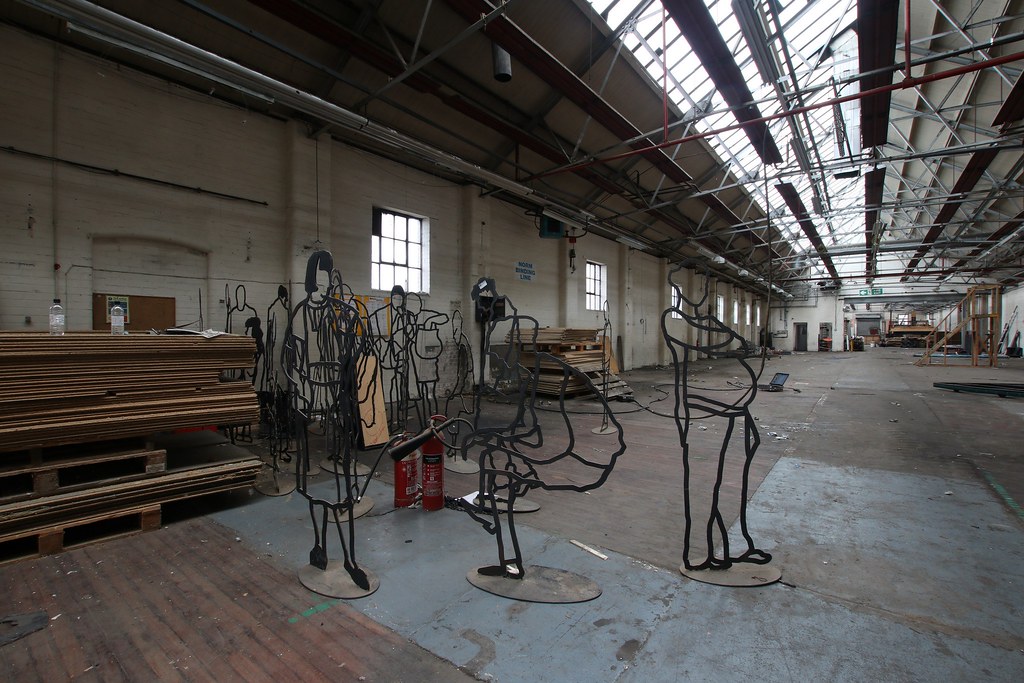 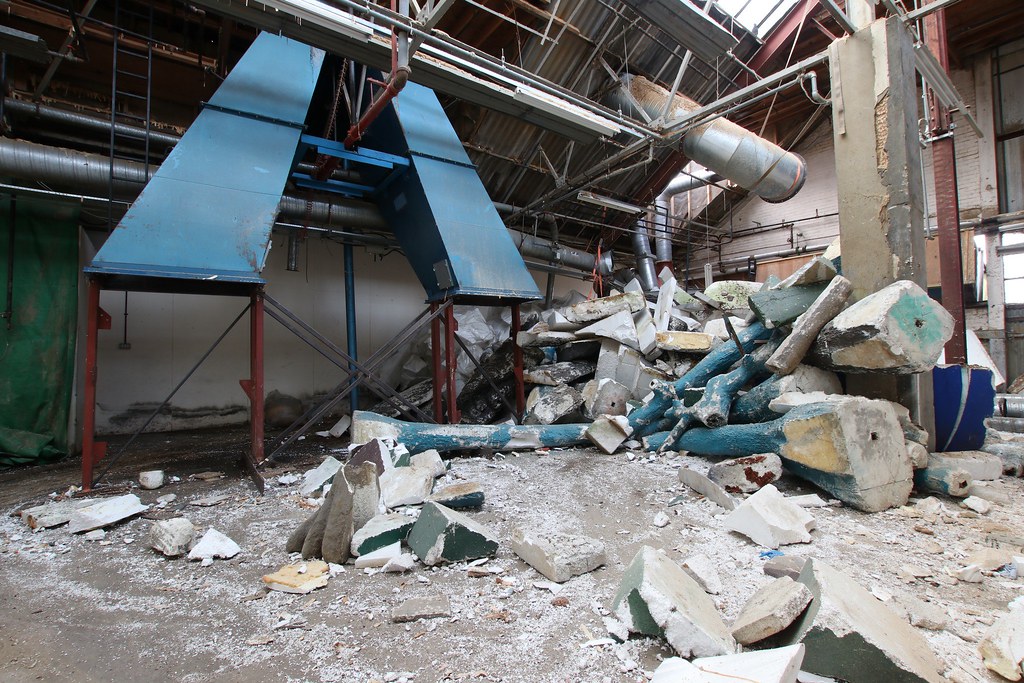 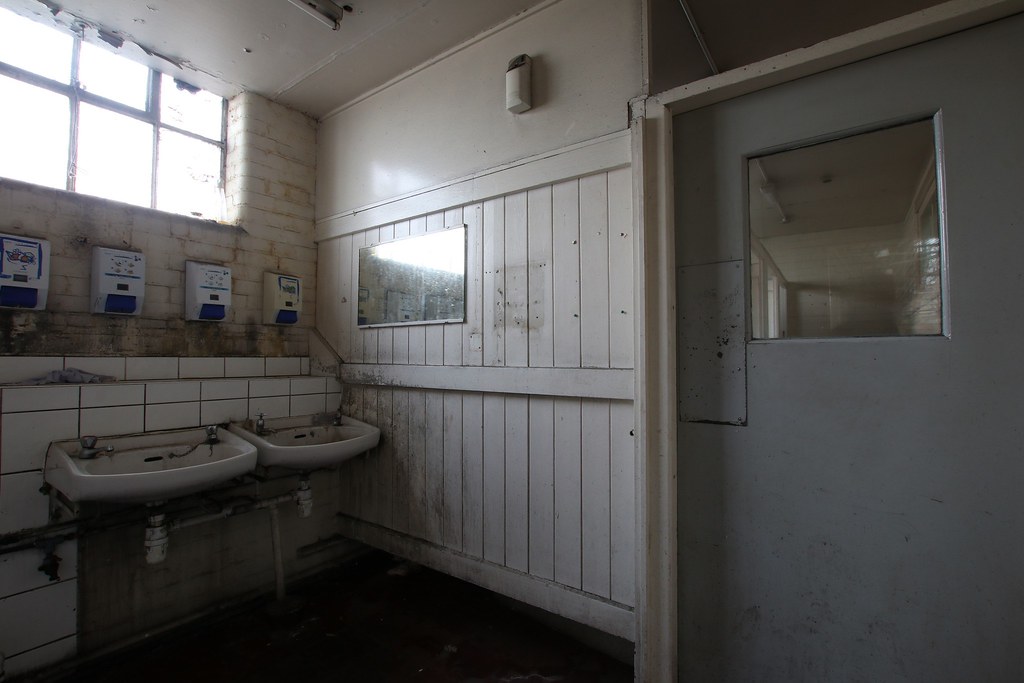 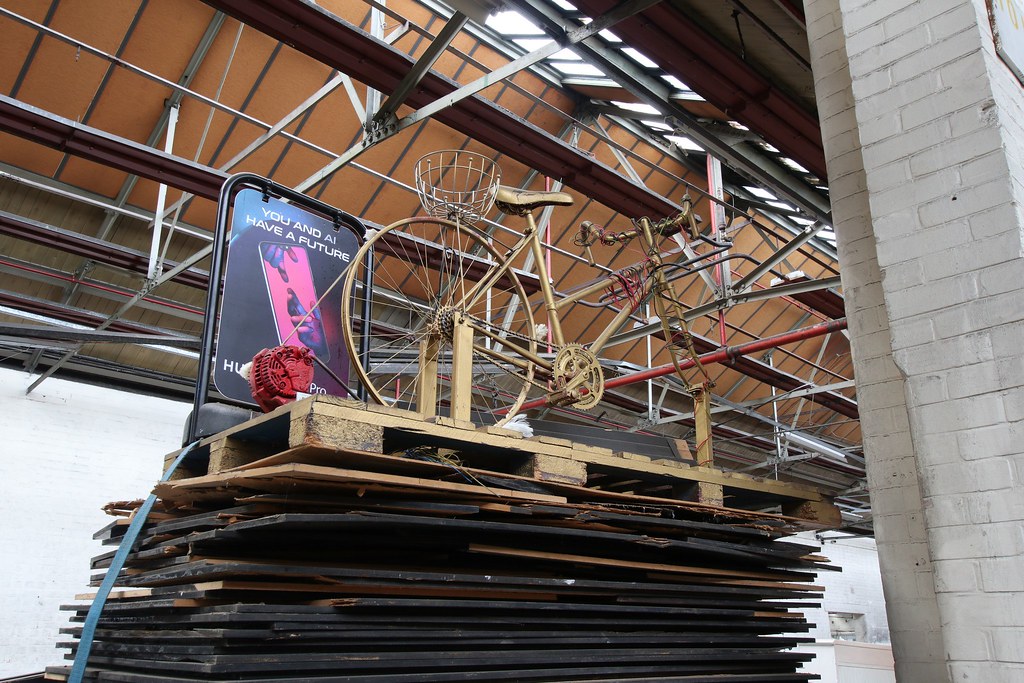 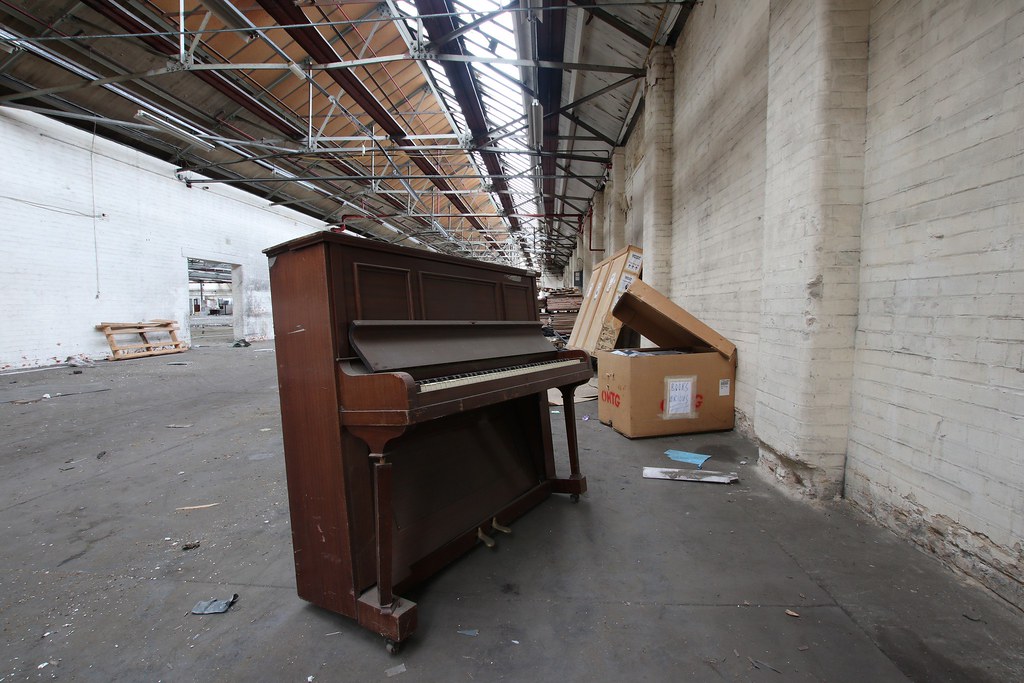 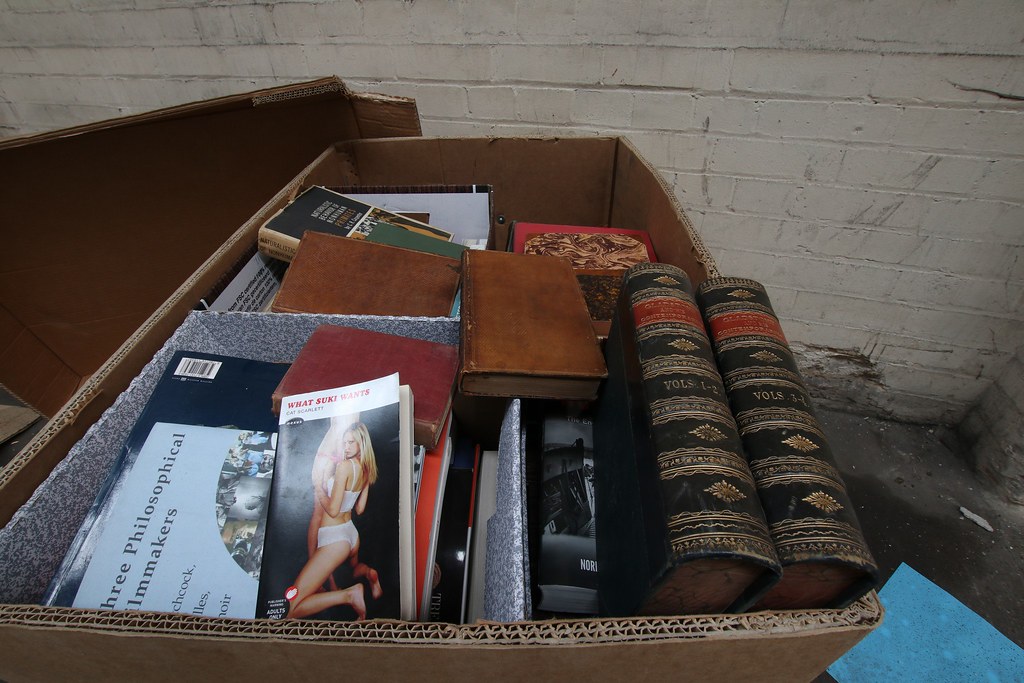 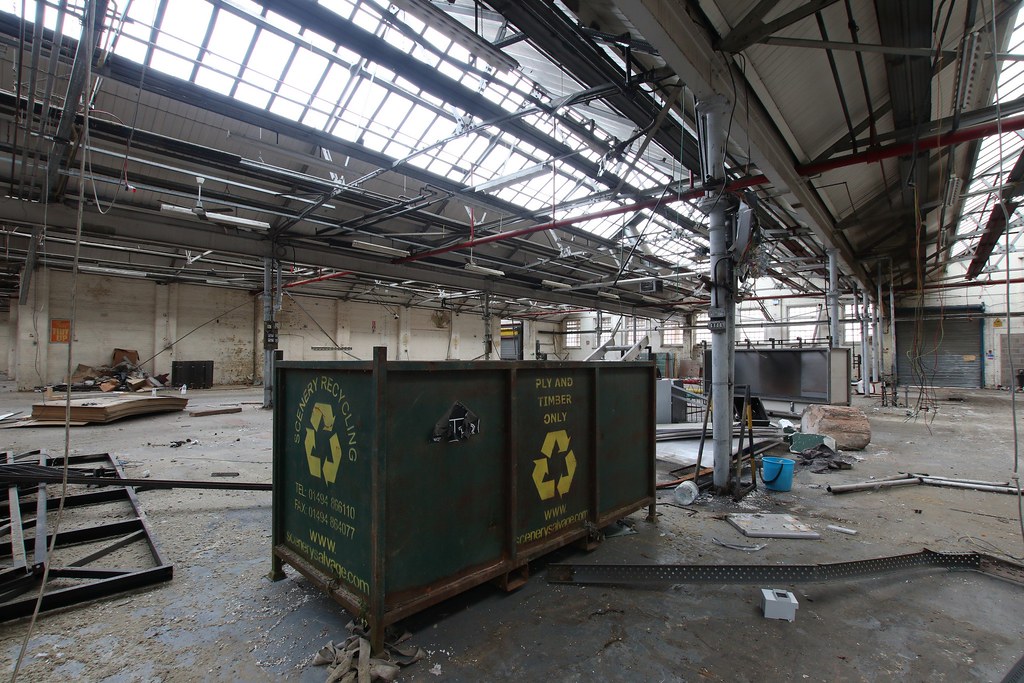 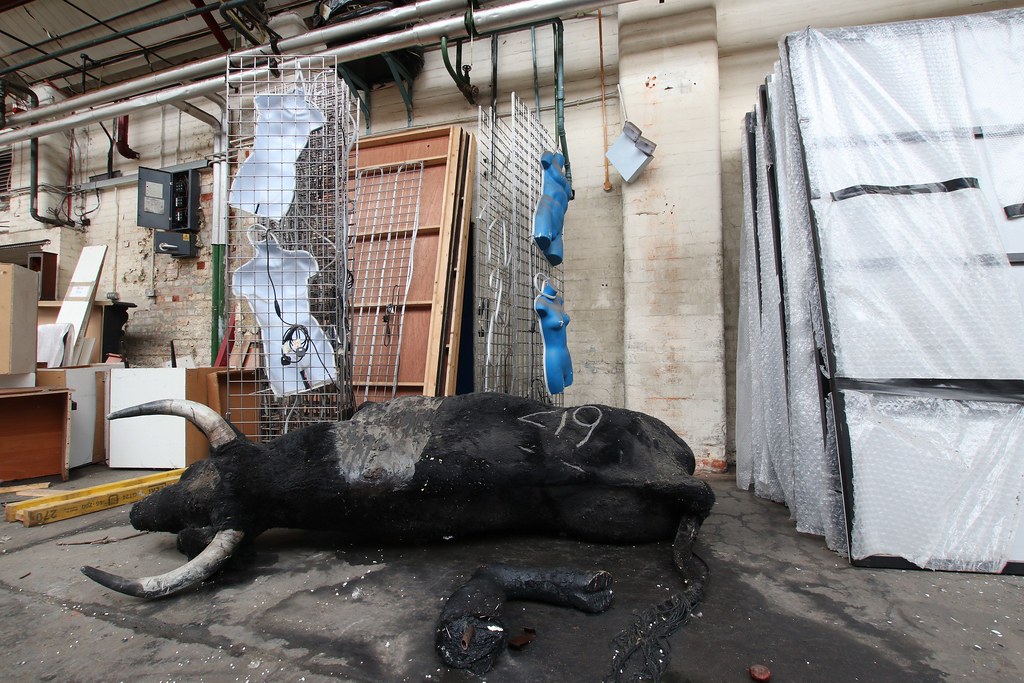 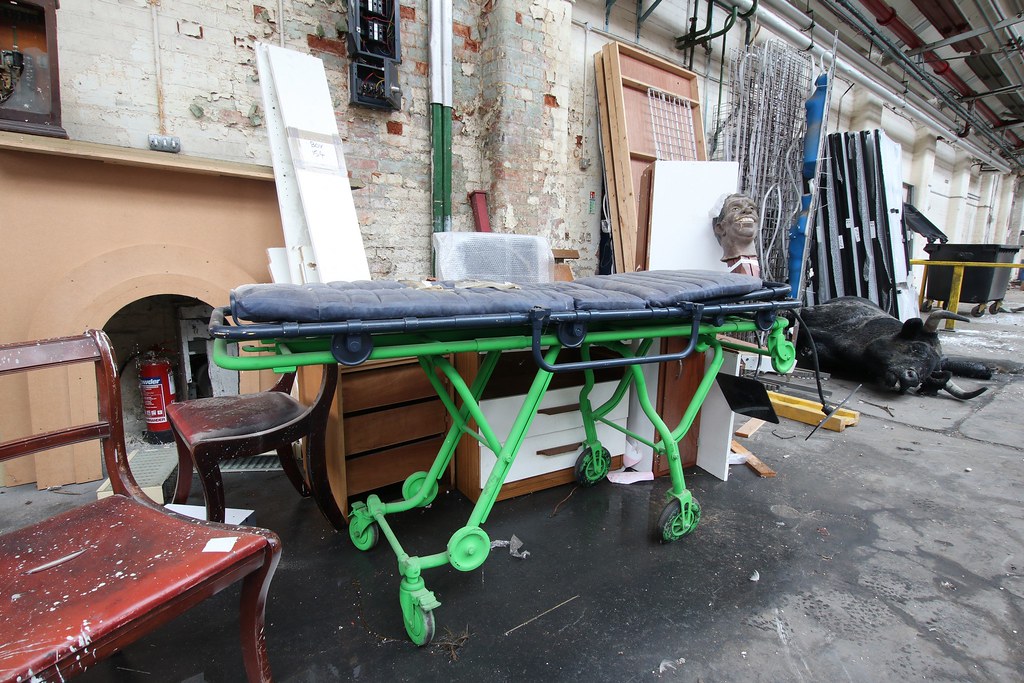 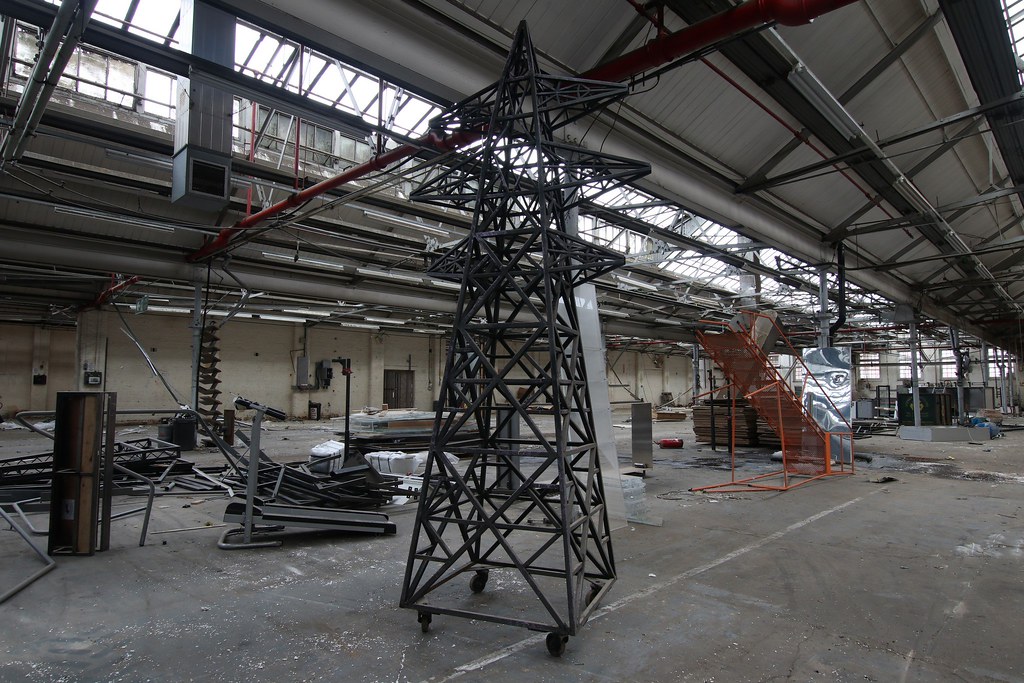 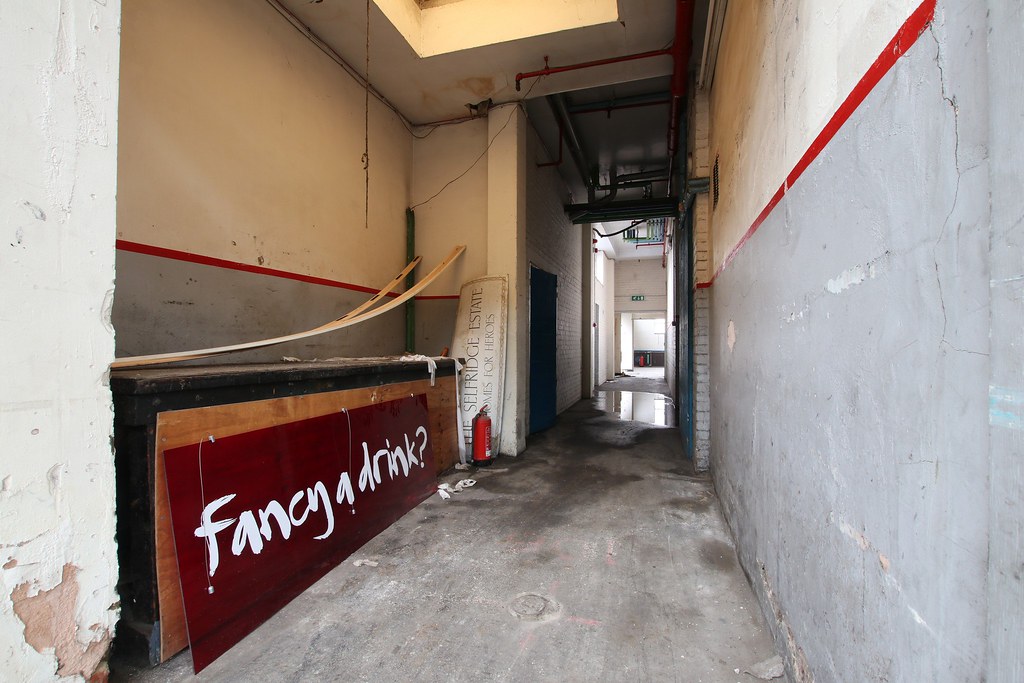 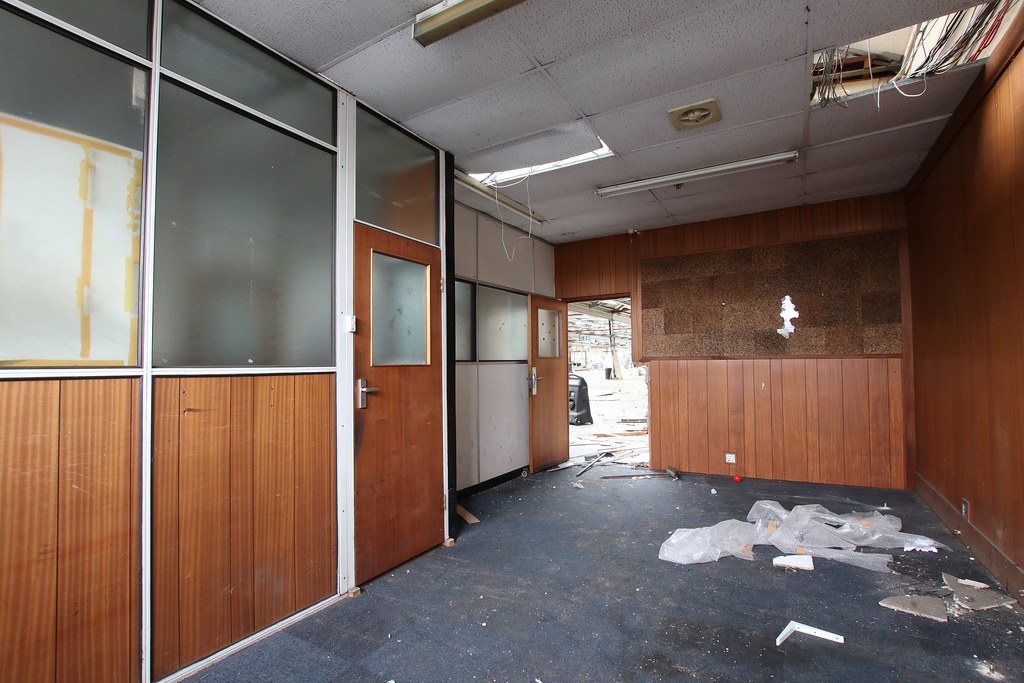 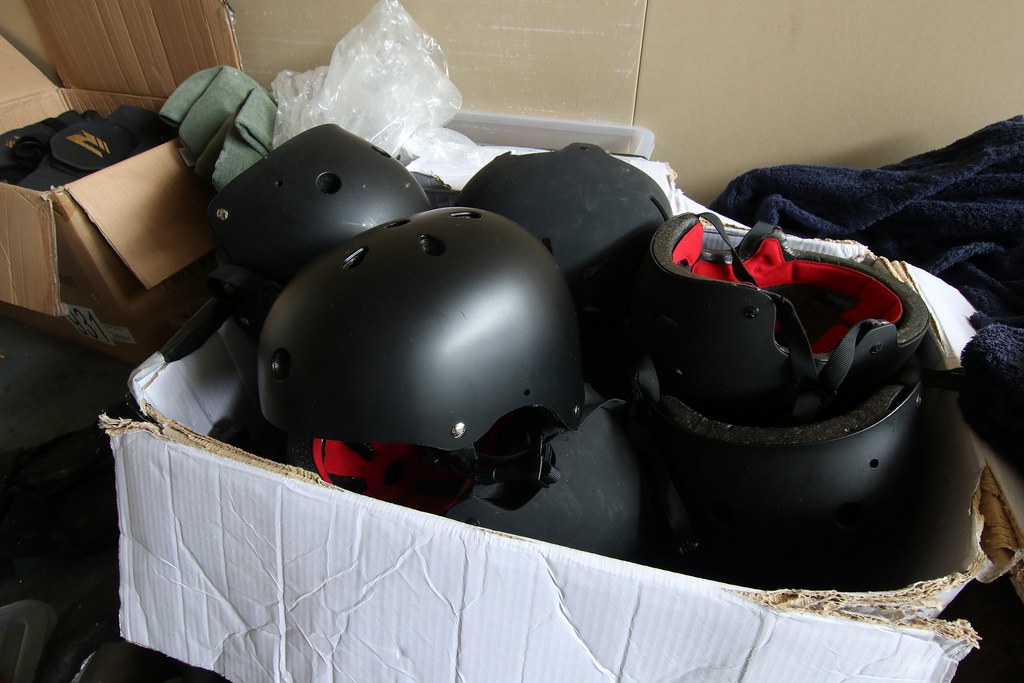 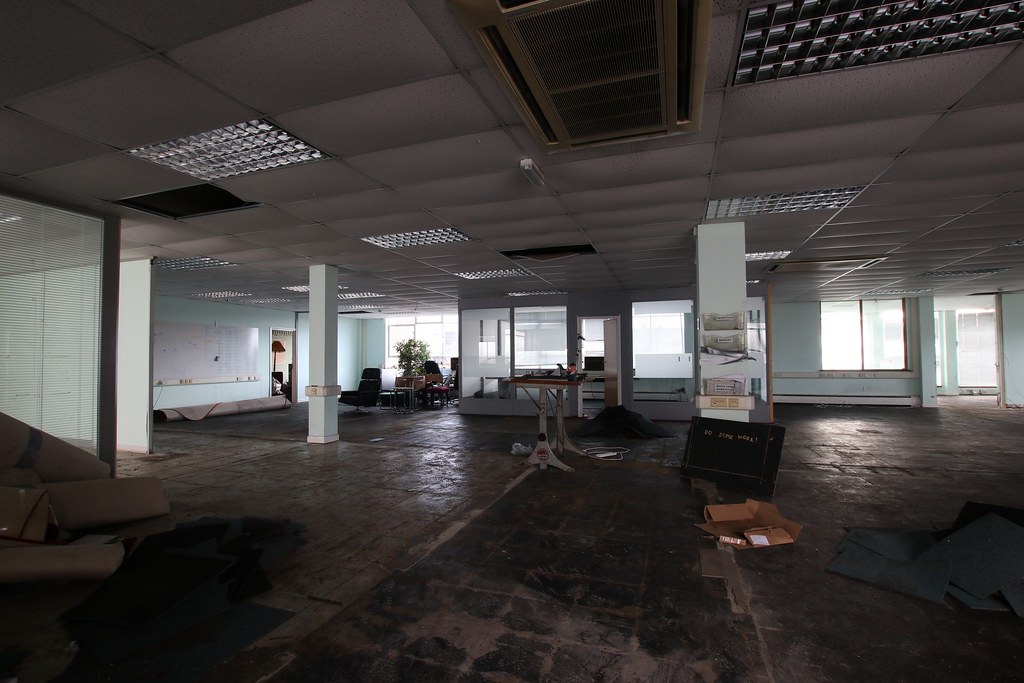 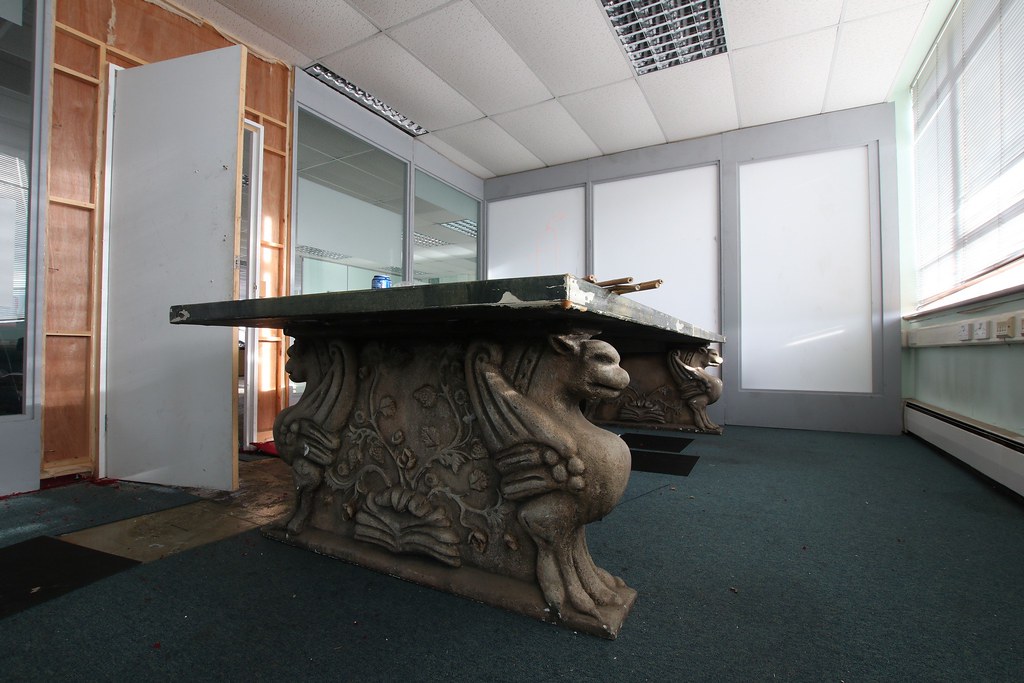 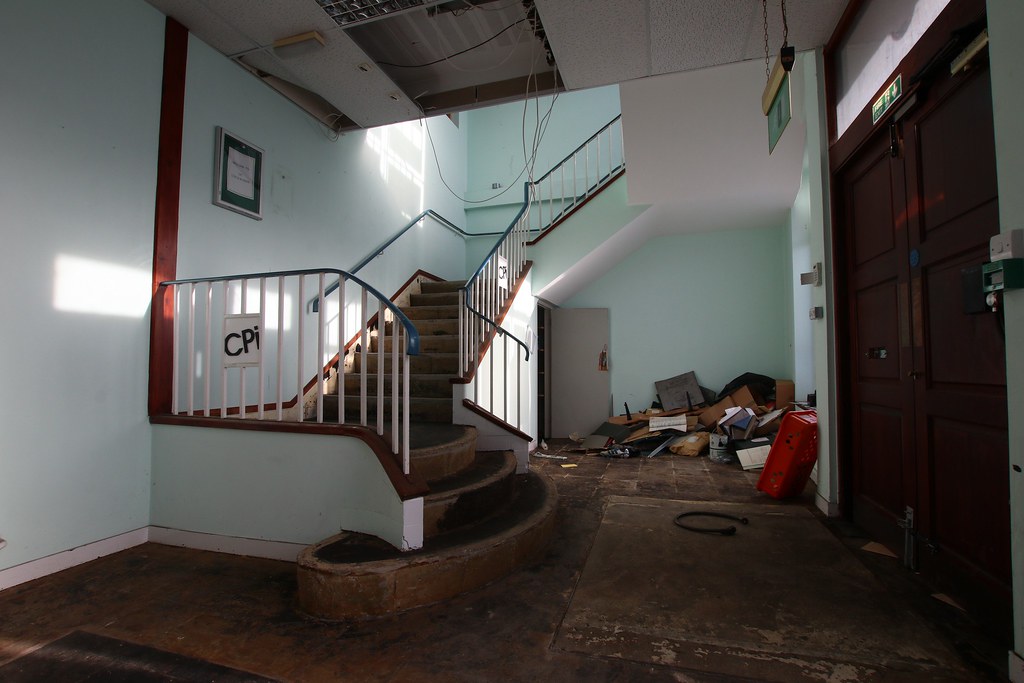 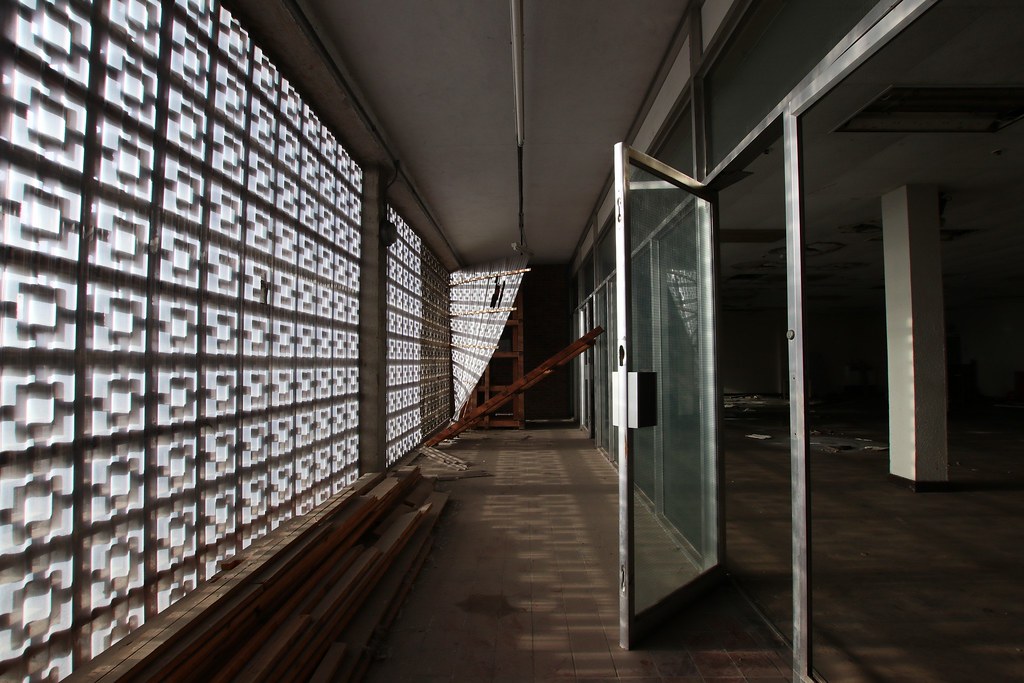 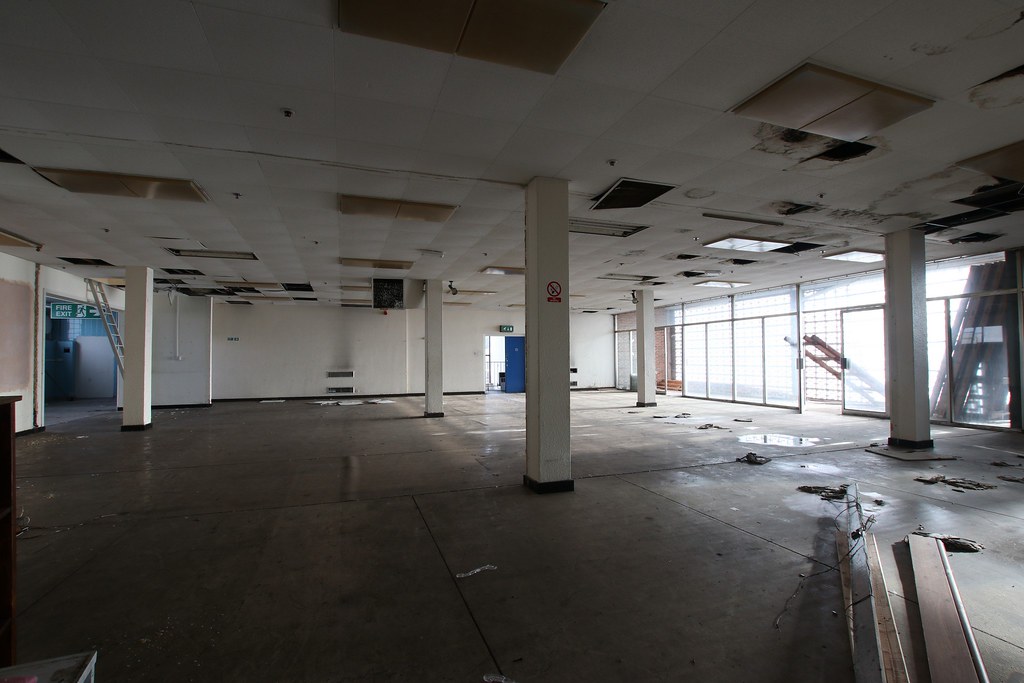 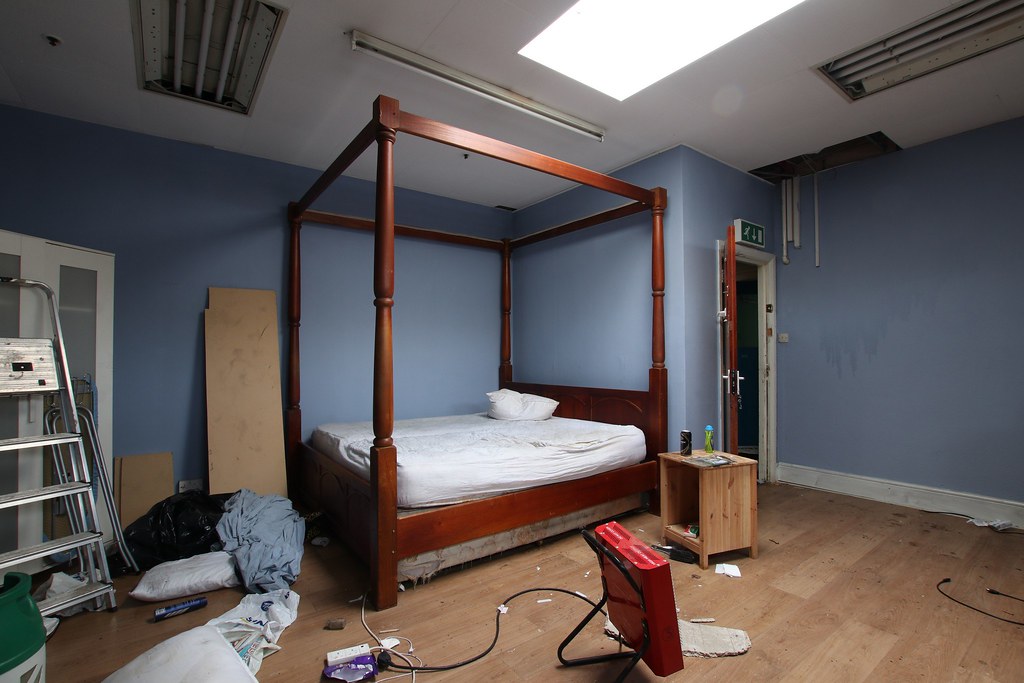 Regular User
Excellent. I want that pylon in my garden.
Last edited: Dec 8, 2019

Regular User
Some very random items in there! Loving that table.
www.strayoffthepath.co.uk

WhoDaresWins said:
Some very random items in there! Loving that table.
Click to expand...

Just another prop sadly, one that was left behind - it's a good fake, made of plastic and cheap veneered wood.

28DL Full Member
any idea how longs it got left ?
enjoying the decay

johnny gomez said:
any idea how longs it got left ?
Click to expand...

There's no machinery on site yet but I reckon things will start to come down after new year. Currently all that's happening is the beginning of stripping and asbestos removal surveys.

Regular User
Nice one. Like the props lying about. Very random, but I guess books & tv etc all being involved with the building over the years, some of the random props could be due to that.

Some great shots here too.

I actually really like the window shot & the metal figures

Regular User
Very unusual assortment! I thought “theatre props” then went back to read the history and was confirmed correct. Bizarre theatre props nonetheless but I also want that pylon
Pictures paint 1000 words - Say no to YouTube.

28DL Full Member
I live 10 15 minutes away from this, so I'm wondering how easy was access because I'm hoping to go by myself because my parents won't take me and I'm hoping to try and get in this weekend if access is easy because next Monday I'm going on holiday for 2 weeks

Ash_saini said:
I live 10 15 minutes away from this, so I'm wondering how easy was access because I'm hoping to go by myself because my parents won't take me and I'm hoping to try and get in this weekend if access is easy because next Monday I'm going on holiday for 2 weeks
Click to expand...

When I went it was easy but quite bait, apparently it's changed now though.

28DL Full Member
ok, i have been told today the 24b hour security are on site now

Ash_saini said:
ok, i have been told today the 24b hour security are on site now
Click to expand...