Bailey Mill is in my back yard (so to speak), and I've been in and out of the buildings since about 2008. Armed with a new body for my camera and not enough time to go else where I thought I'd pay it another visit, as usual I found somewhere I'd not found before

The majority of the images are from this visit, but have added 3 from previous visits (as I have never posted a report on this site).

Bailey Mill was run by Mallalieu's for a long time, but they went into administration in 1996, and came out of administration when they were bought by Gledhills; another Delph weaving company. However, in doing so, most of the business was transferred to Valley Mill, just up the road. Bailey Mill remained in use until about January 2000.

Up until recently the mill was in a reasonable state, but due to vandalism, theft and the mill being used (unofficially?) by a shooting club much of the derelict charm has been lost.

Earlier this year the slate roof has been removed, partly by scroats and in the main by the owner who has installed a tempory roof. Unfortunatly the old weaving loom on the second floor has now gone and the upper floors of the mill have been cleared a bit to allow the roofing work. 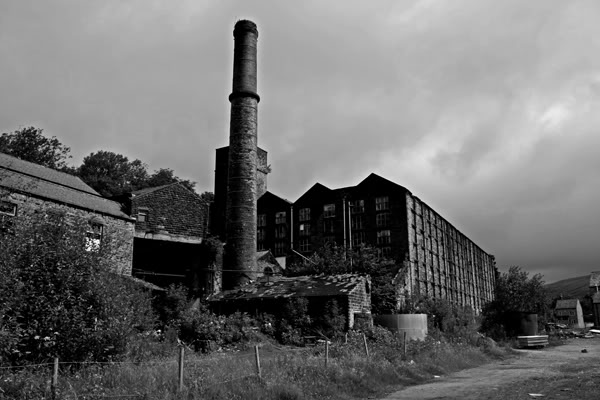 Much of what remains in the basement is still as it was, large looms and rolling machines (I spent a few hours in here in 1990 doing repair work to a trench). 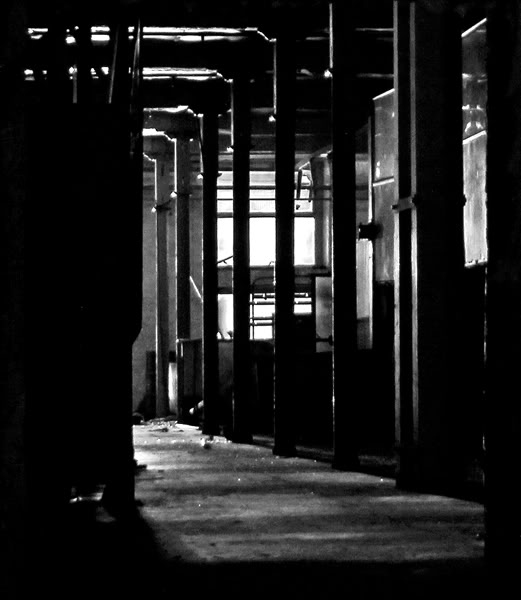 Within the basement, first of the old machines 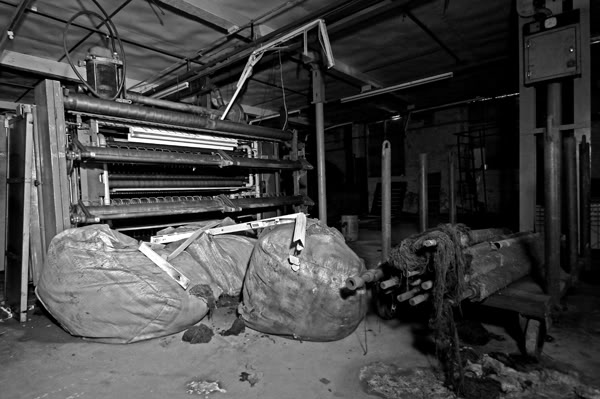 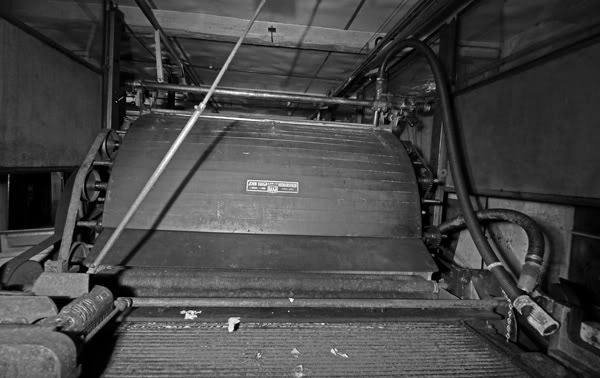 Machinery on the next row 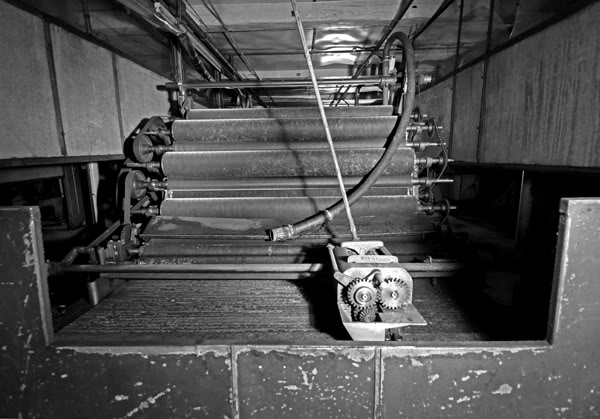 I liked the exposed sides of the machines, showing the cogs and drive belts. 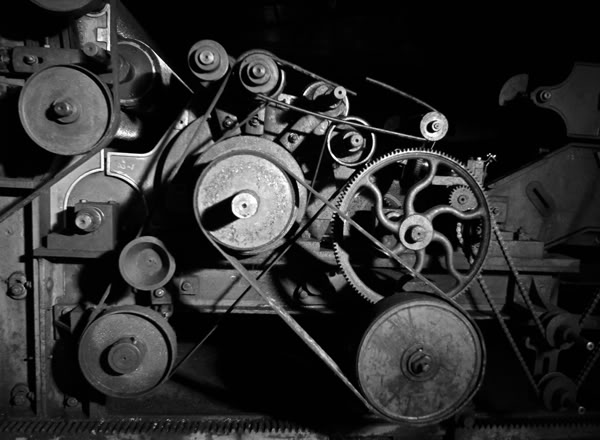 Some more of the cogs and wheels 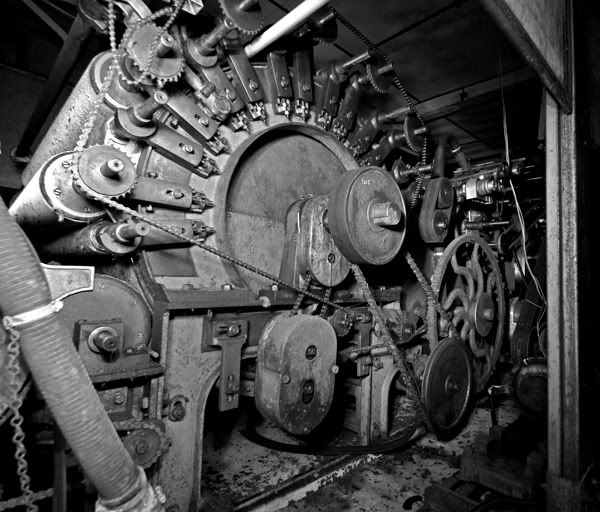 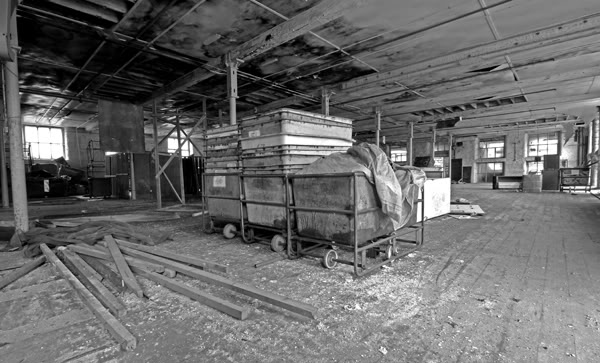 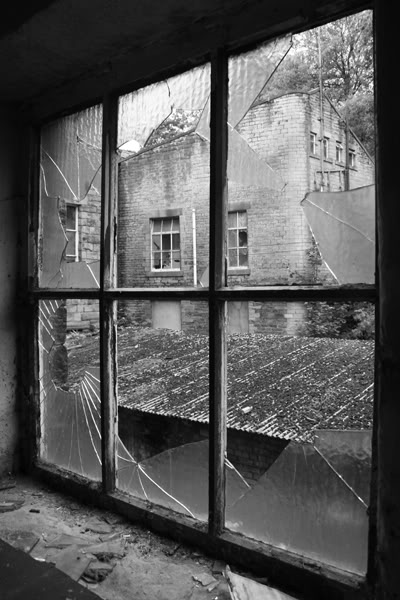 A basket full of drive belts (or similar?) 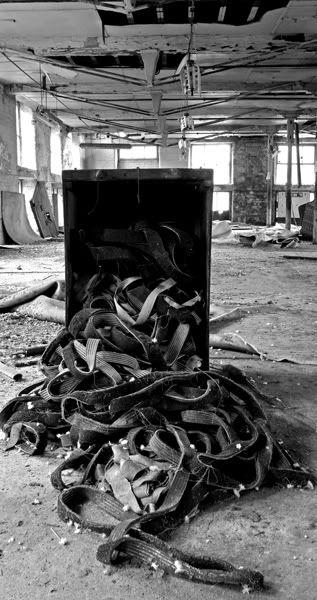 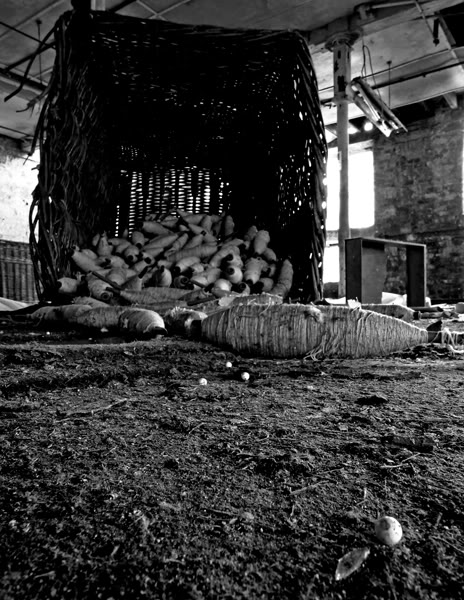 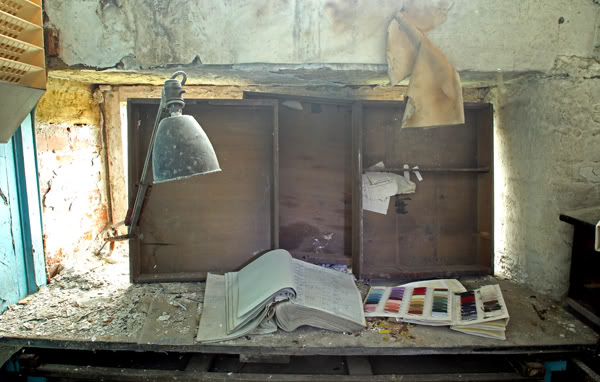 Some more ledgers and colour charts

Unfortunatly this old weaving loom has now gone (old image), there are a few more within the building though! 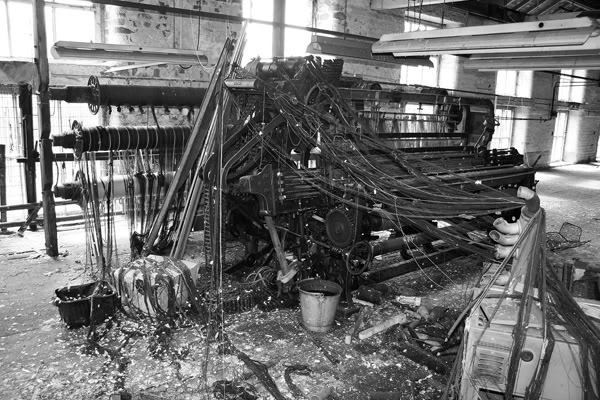 I'm happy with my new camera, it gave me an excuse to visit here again and seems to work OK

Hope you enjoy the report, I do like this place a lot as there is always something new to see.​
Last edited by a moderator: Jul 4, 2010
Free and easy down the road I go, Livin' life like a Sunday stroll