Built in 1770 by William Marsden who's daughter married Richard Field who then traded there for a number of years until forming the partnership of Field & Bottrill in the 1880's. Now Dawson Fabrics Ltd. The company name Dawson Fabrics closed the doors at Greenside Mill sometime in the late millennium years with the loss of 70 jobs. Administrators from Leicestershire insolvency were called and are now handling the company affairs. The company was said to be doing well with orders from high street stores such as Marks & Spencer. Dawson Fabrics were making fleecing for jackets and blankets. The company closed it's premises on Wakefield Rd in 2000 with a loss of 60+ jobs to focus on their other sites including Greenside Mill. Outline planning for 149 houses have been submitted with a demolition order which was denied but as recently been re-submitter with agreed amendments.

We first tried this one in March 2018 after briefly seeing it on the forum, before I presume it was moved to NP. It was an annoying place to get to and I remember missing the hourly bus between Huddersfield and the location, and waiting for what felt like ages for the next one. It seemed to be hit and miss with the dogs onsite, as the report I had seen had discussed them and spoke about their experience: climbing onto machinery to escape them. Then, others had gone on social media and not appeared to have any issues at all. Nevertheless, we turned up and was about to enter when we heard the scampering sound we had feared...two gents are inside the building with the knitting machines along with two dogs. They shout some threat at us as we quickly depart but that was that.

Moving forward a year and a half, we've consistently seen the site across everything so we decide to return on an October afternoon. Everything runs smoothly and it was great to finally see the machinery we were in touching distance from previously. That was until we moved to the larger section onsite, containing the labs and offices. Dropping our belongings inside, I clamber down when two barking dogs bound from the darkness, scaring the life out of me. I managed to grab one of our bags and quickly pulled myself back out, leaving the other bag with a camera in on the ground beside the dogs. With the last bus approaching, we were forced to leave the property and head home after clarifying with @little_ boy_explores that he could retrieve it the following day. He was surprised with the dog situation as apparently the owner had been told he couldn't leave the animals inside neglected, and had taken them out, yet it seems after that problem died down, they have been placed back inside, which isn't on. Either way, LBE managed to get back the bag and camera the next day, I believe with help from some steak. We can only thank him again

From what I've heard, the fabric mill has been stripped in preparation for demolition.

Here's what we left with anyway: 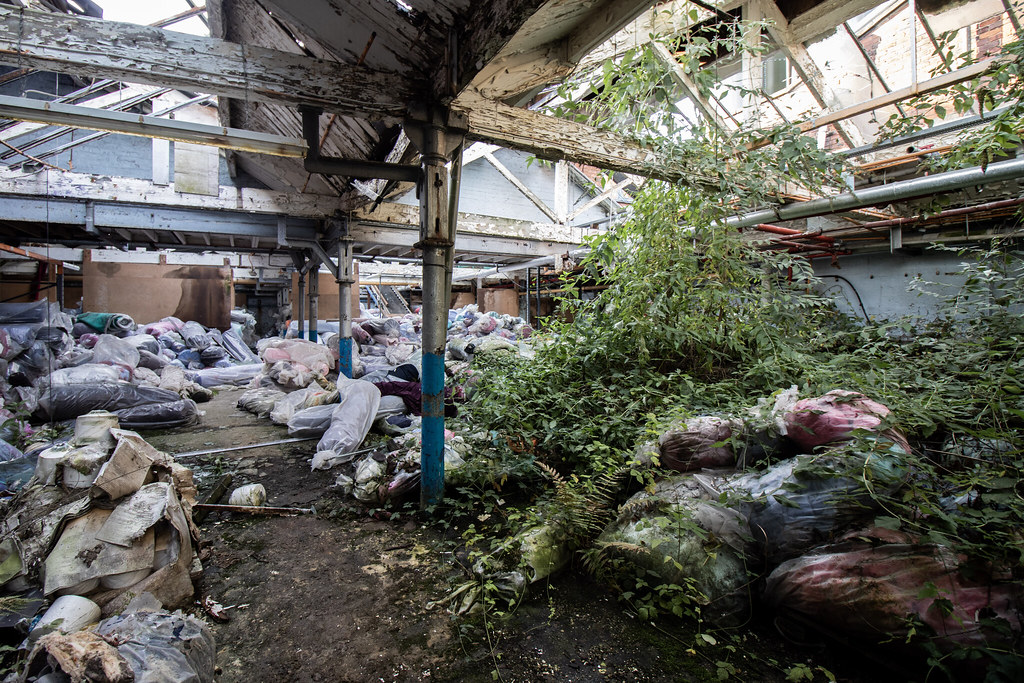 The boiler house was really nice 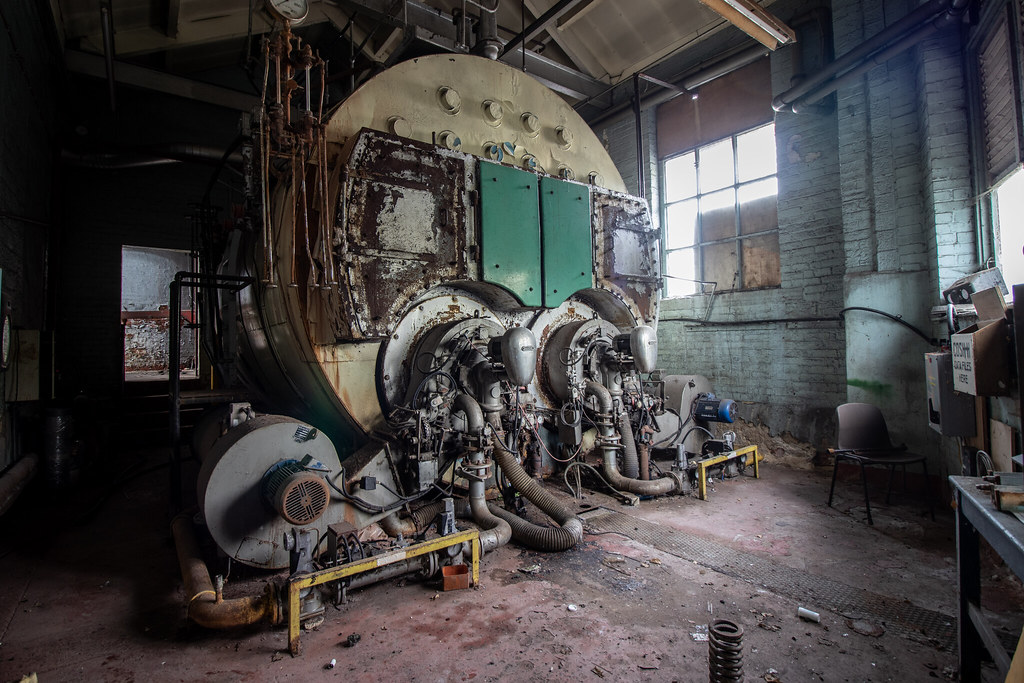 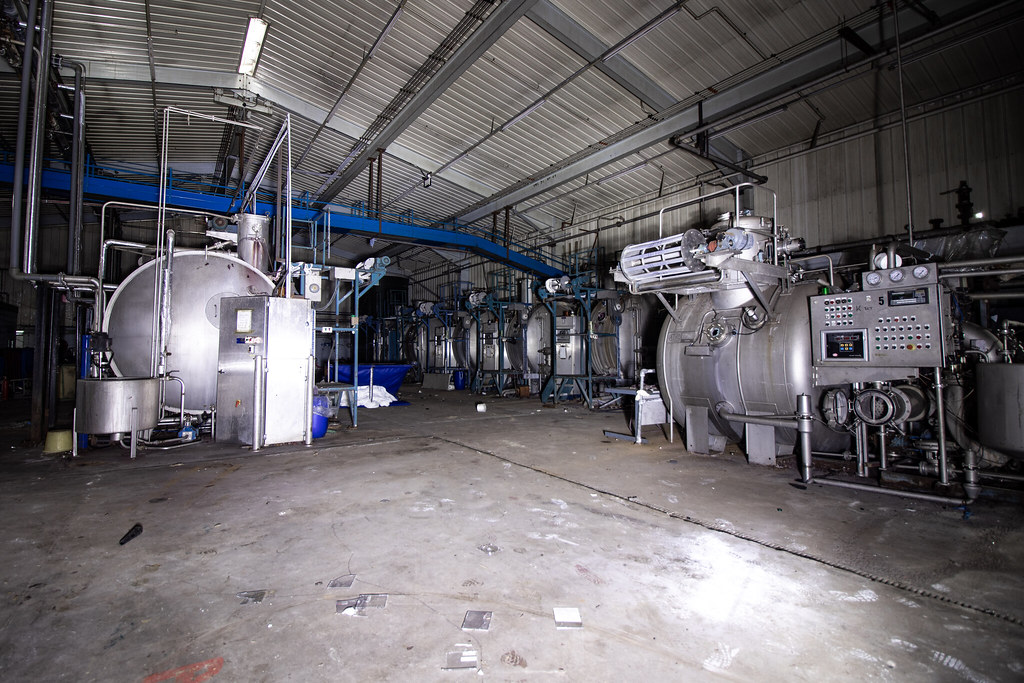 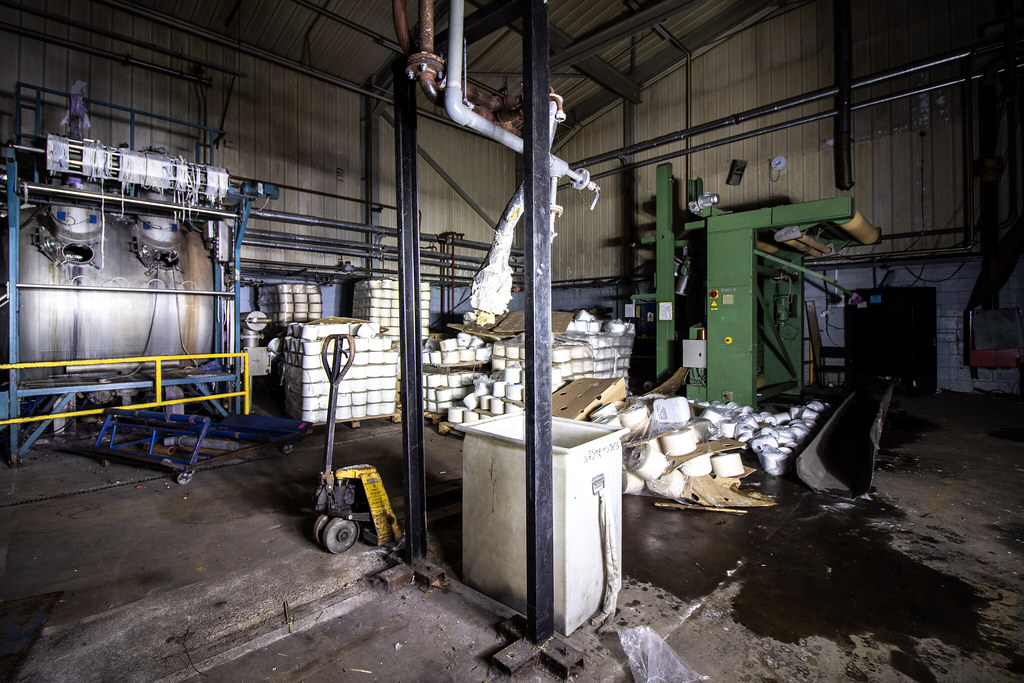 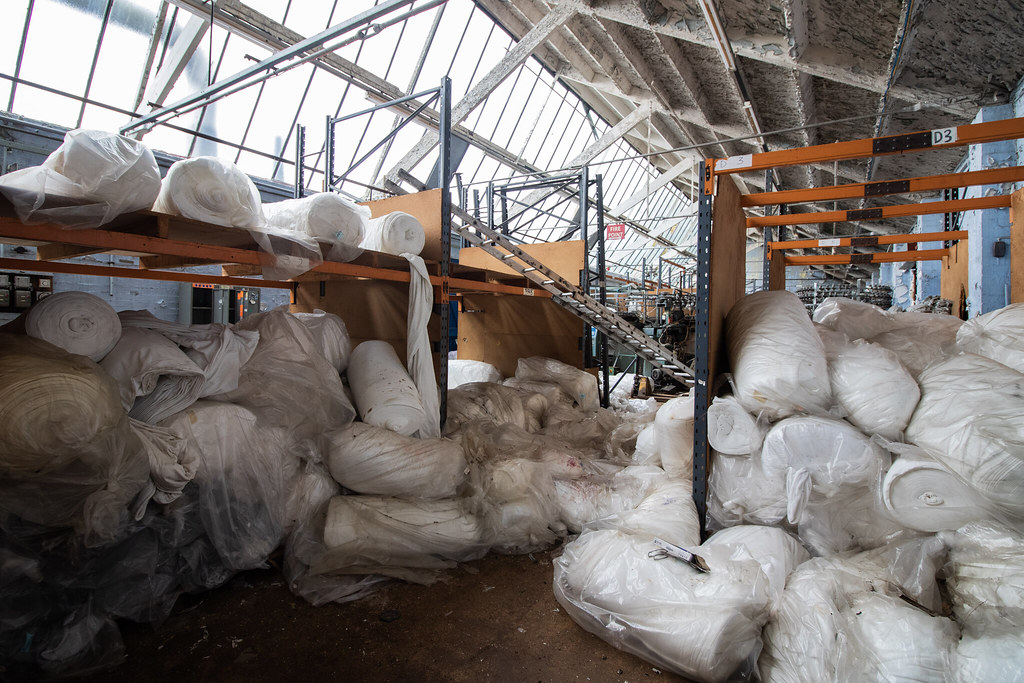 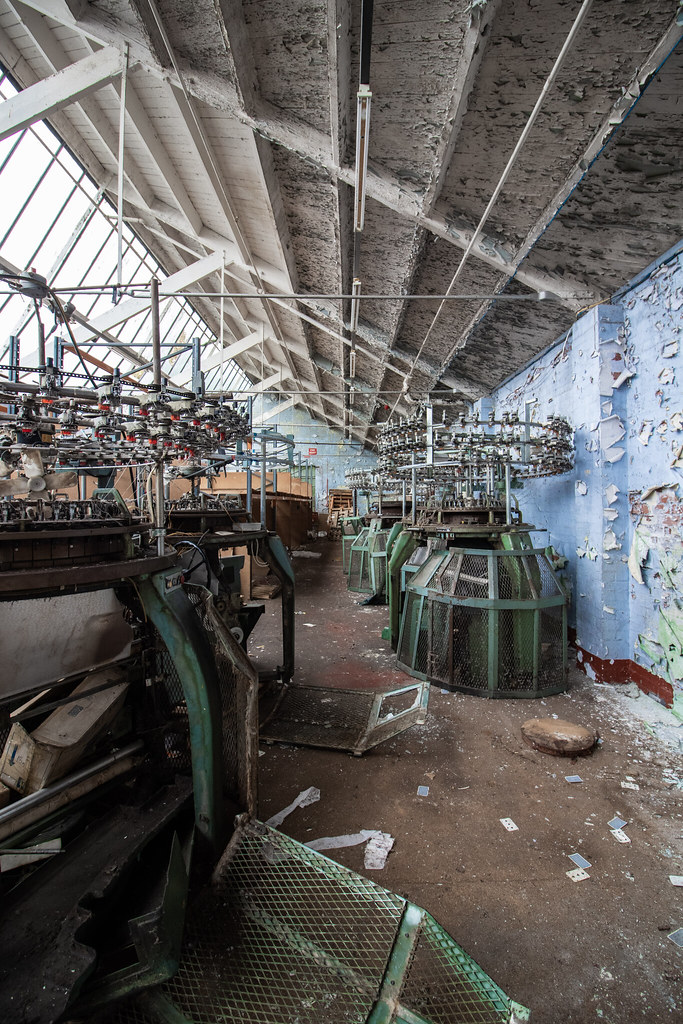 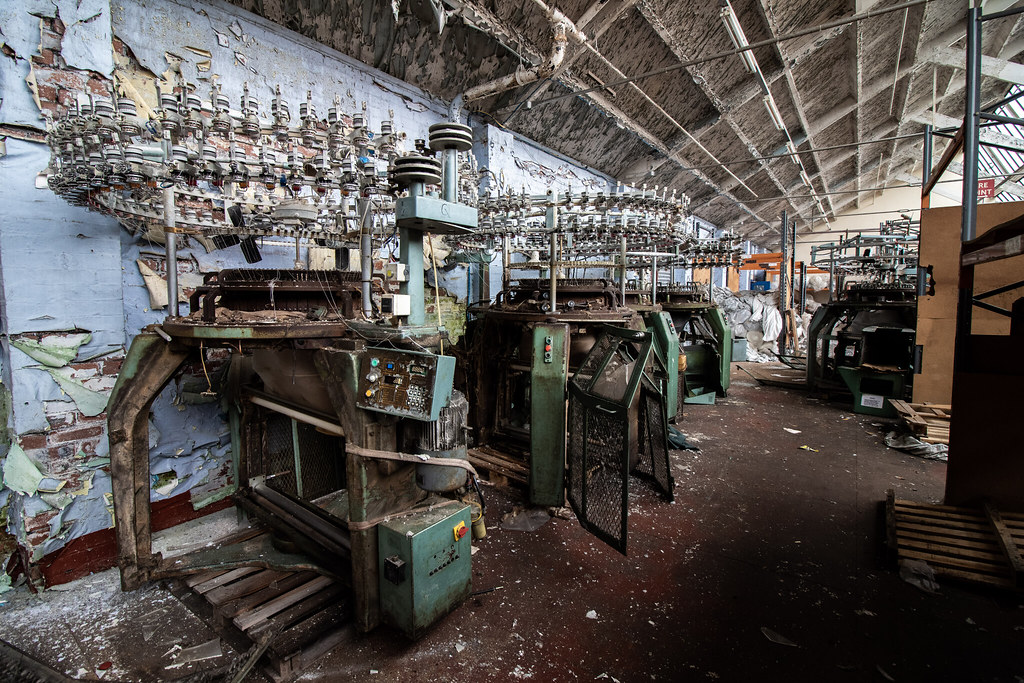 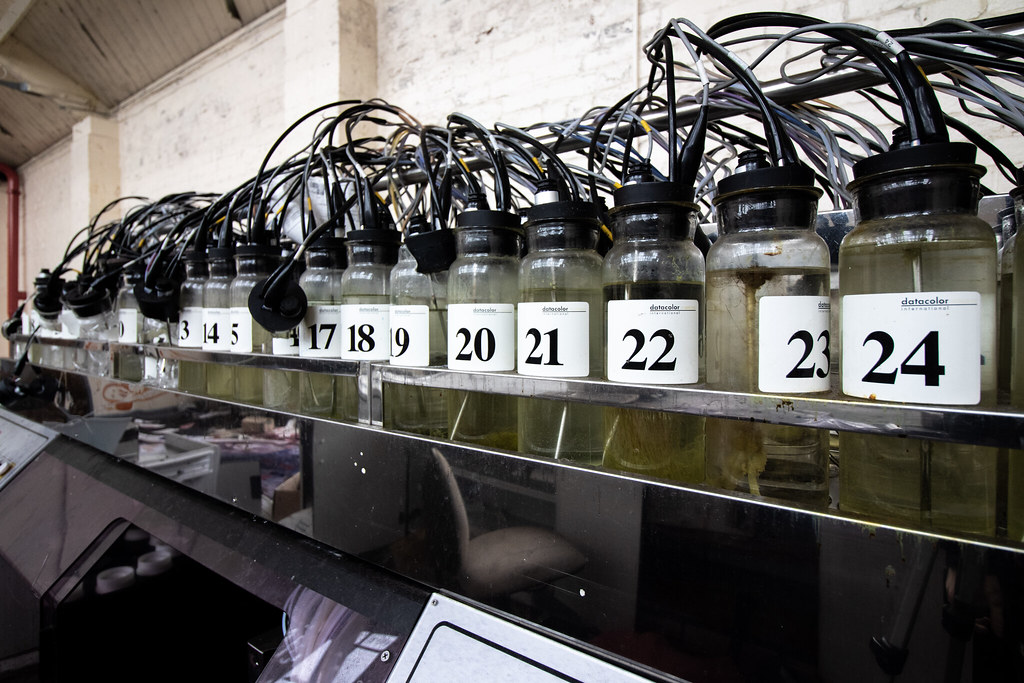 Here's the link to our documentary styled video of the site. We combined the footage with a tour of a working fabric mill in Huddersfield with similar machinery for a comparative approach:

Staff member
Moderator
Really nice report, always like the look of this place
My Website -> Behind Closed Doors

Regular User
Nice report man. No dogs when I went but I heard the same stories about them.
eating seeds is a pastime activity.

madest urbexer out their. aka mad al

28DL Full Member
Extremely well documented lads n iv explored this place many times as I only live up road from it and have explored it many times with @little_ boy_explores and we have only run into dogs a few times but recently they've been taken out but never the less these are some amazing pictures of this explore am impressed
You must log in or register to reply here.
Share:
Facebook Twitter Reddit Pinterest Tumblr WhatsApp Email Link