Regular User
On a Christmas visit to Ulster I travelled through Upperlands village in Co Derry intending to look at the flax museum there, but it was shut.
However maps showed what seemed to be a dilapidated factory in the grounds of William Clark and Sons, who still manufacture linen products nearby.
But behind the 1920s facade it was little more than a shell, well trashed by the local kids, and there was nothing much to see except a fabric press on one of the upper floors. 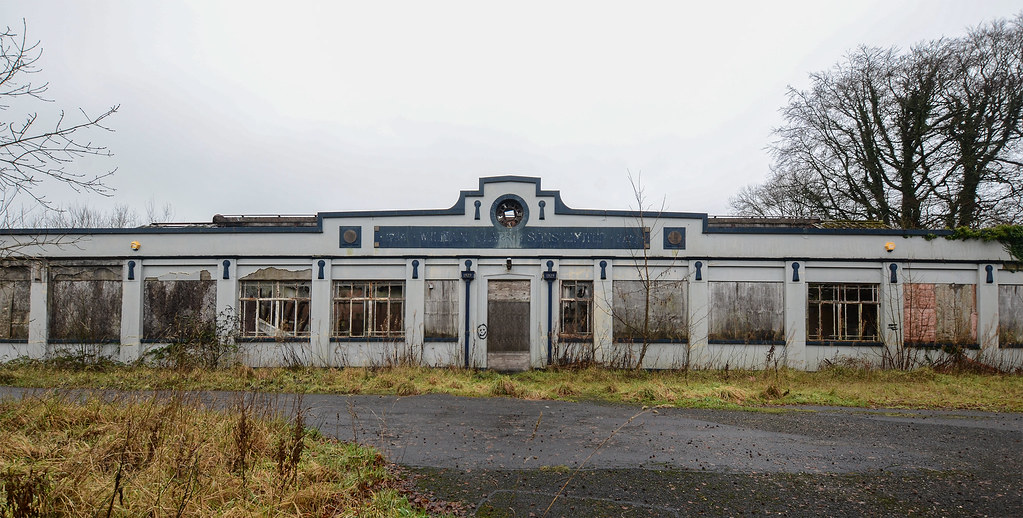 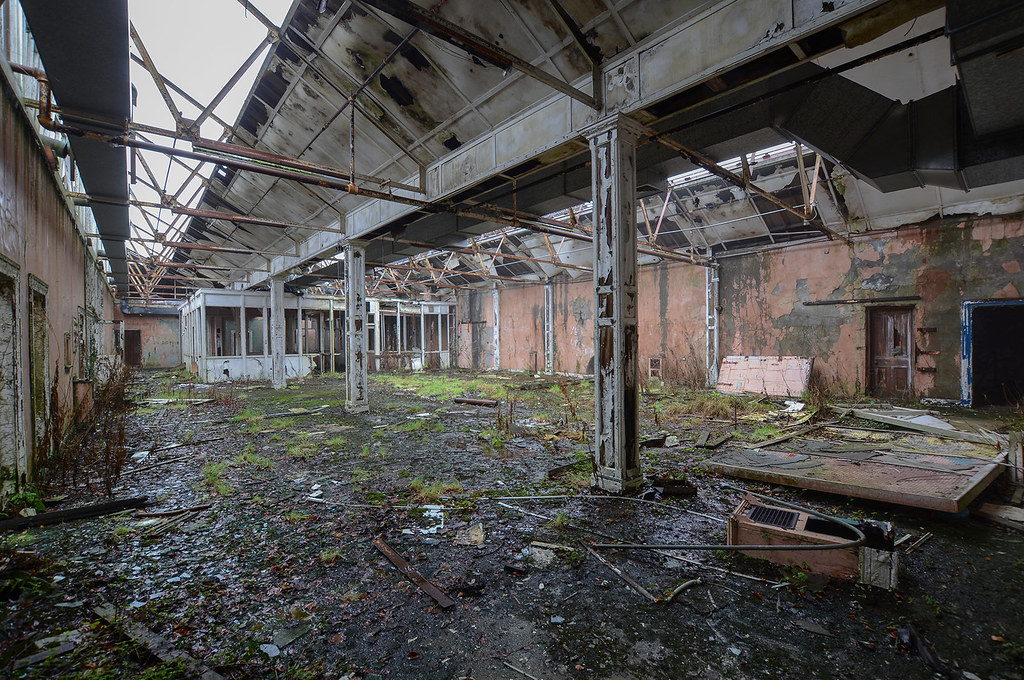 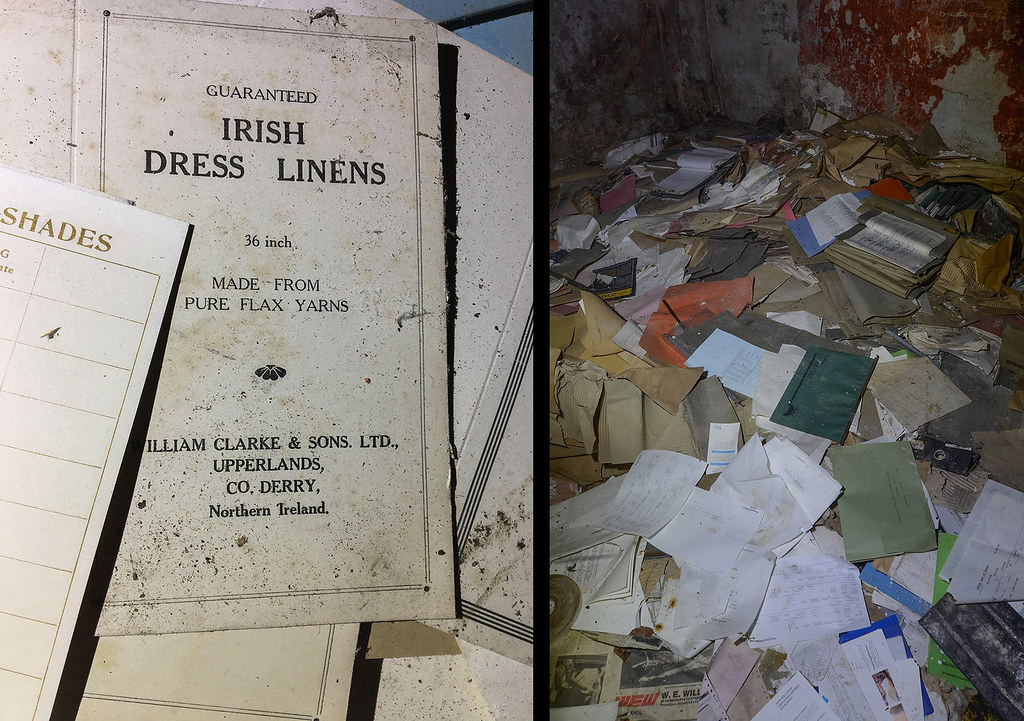 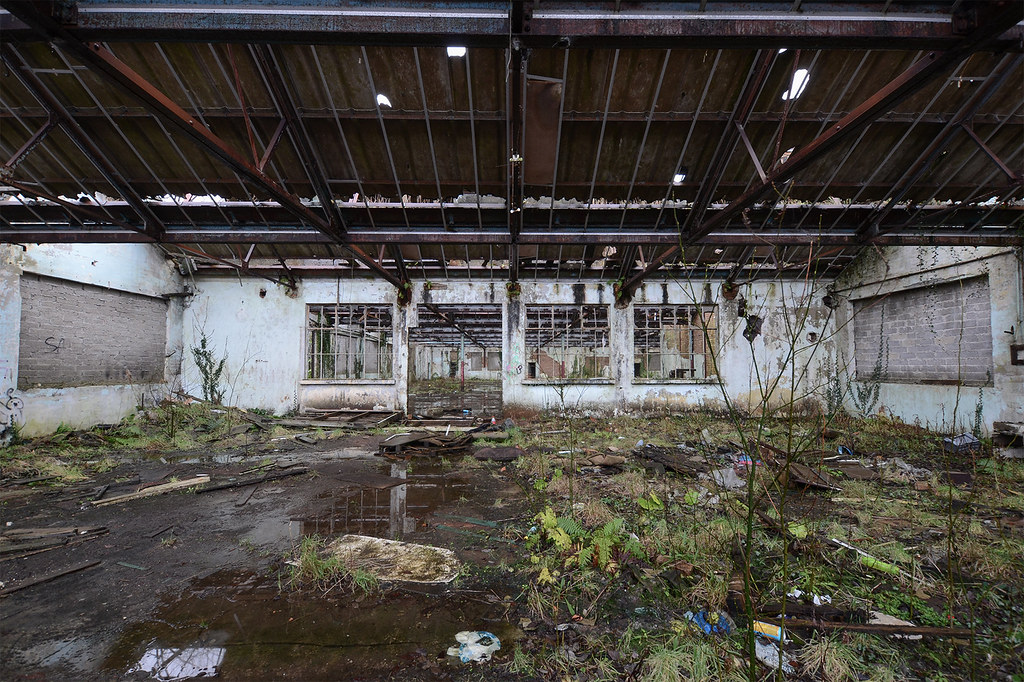 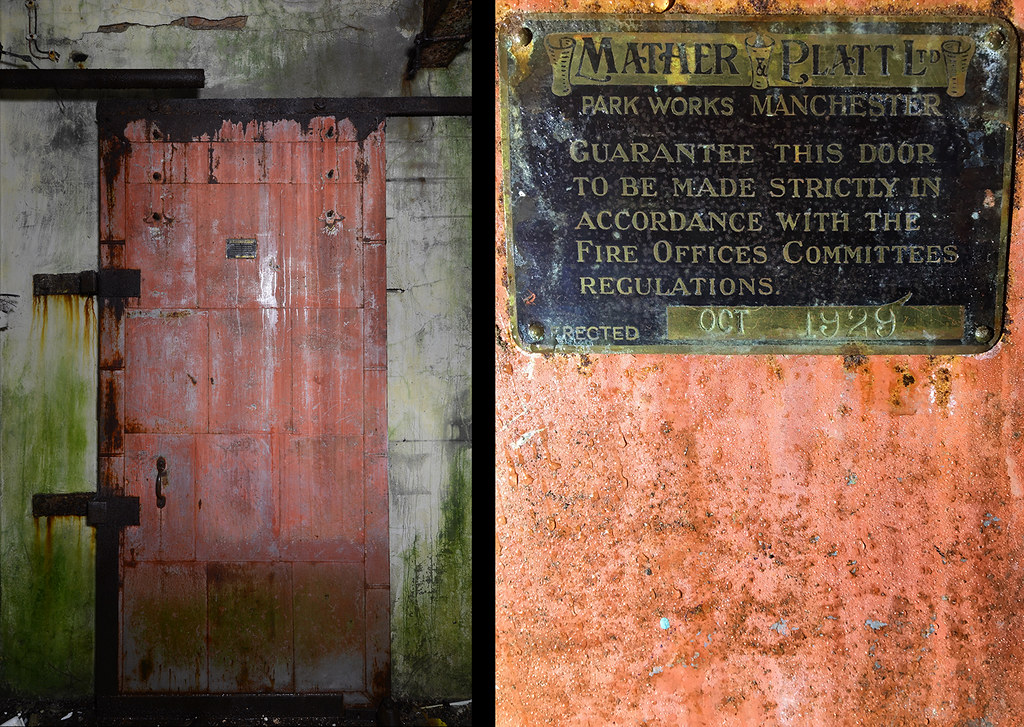 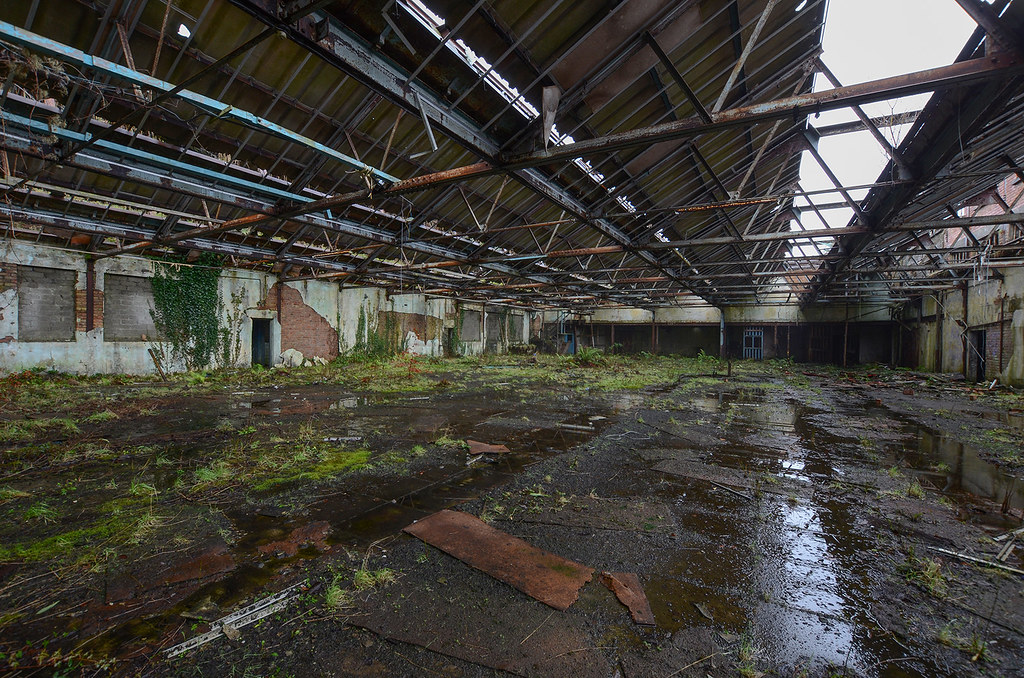 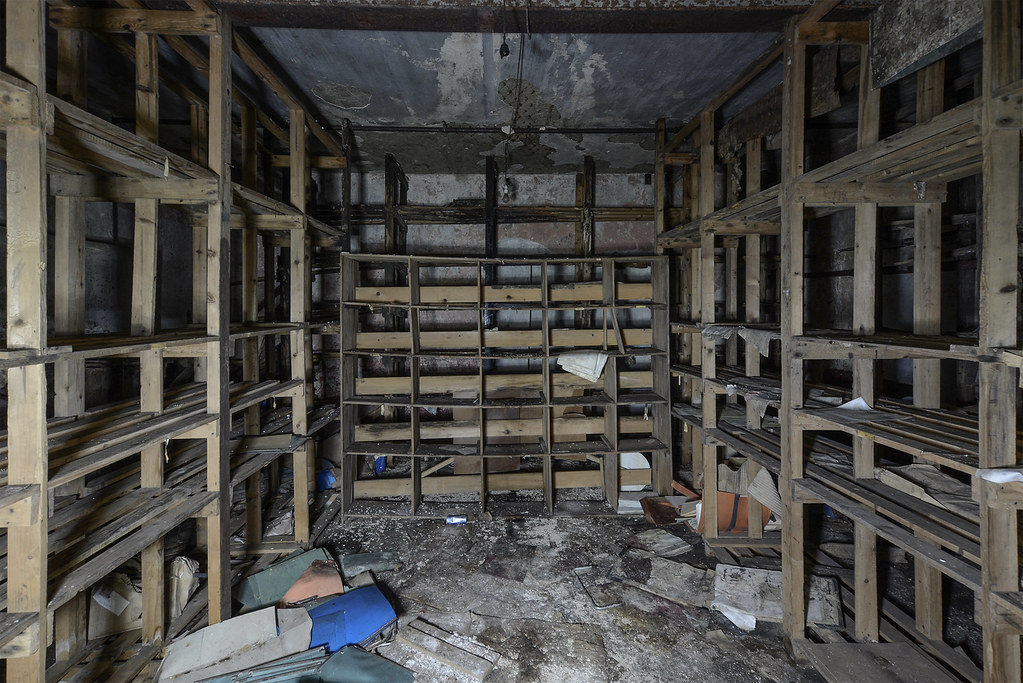 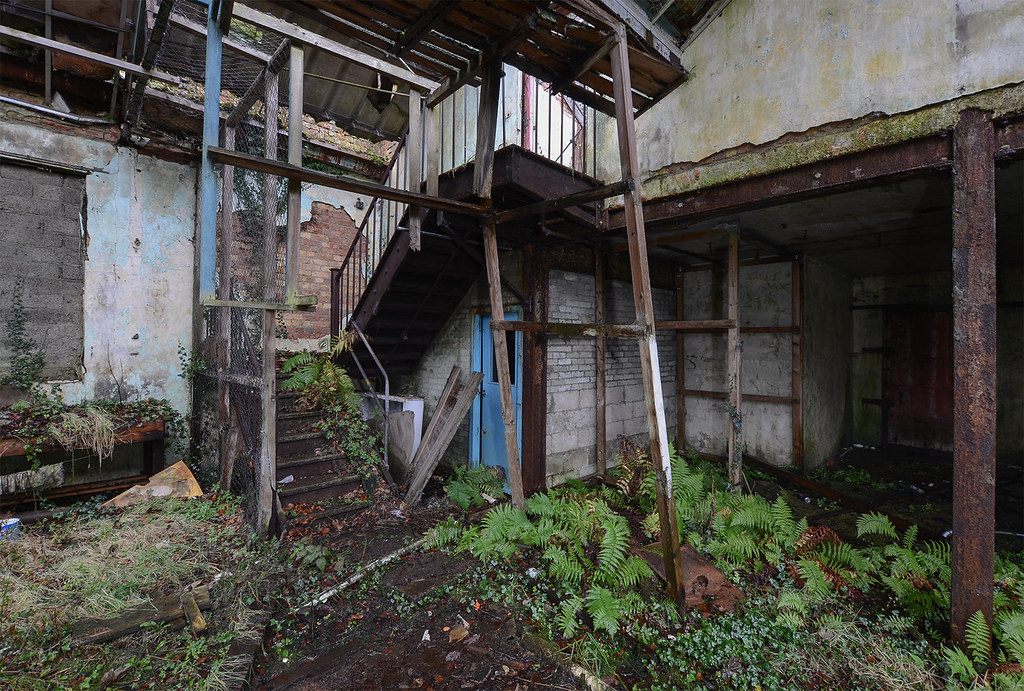 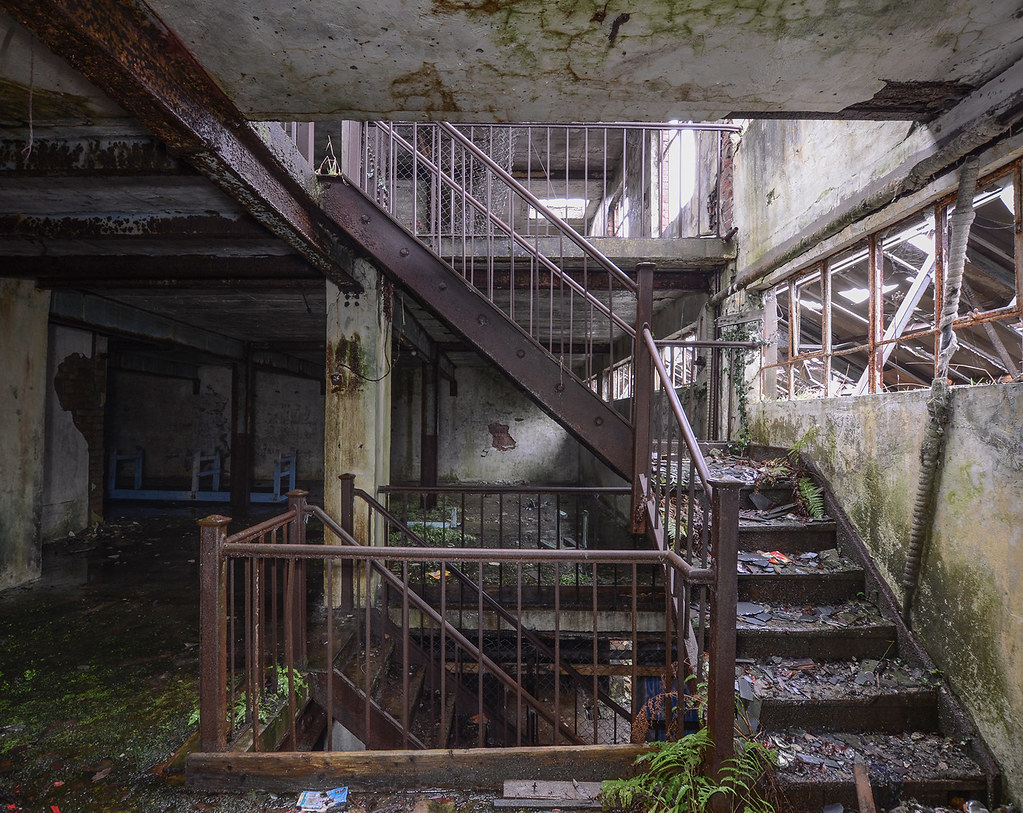 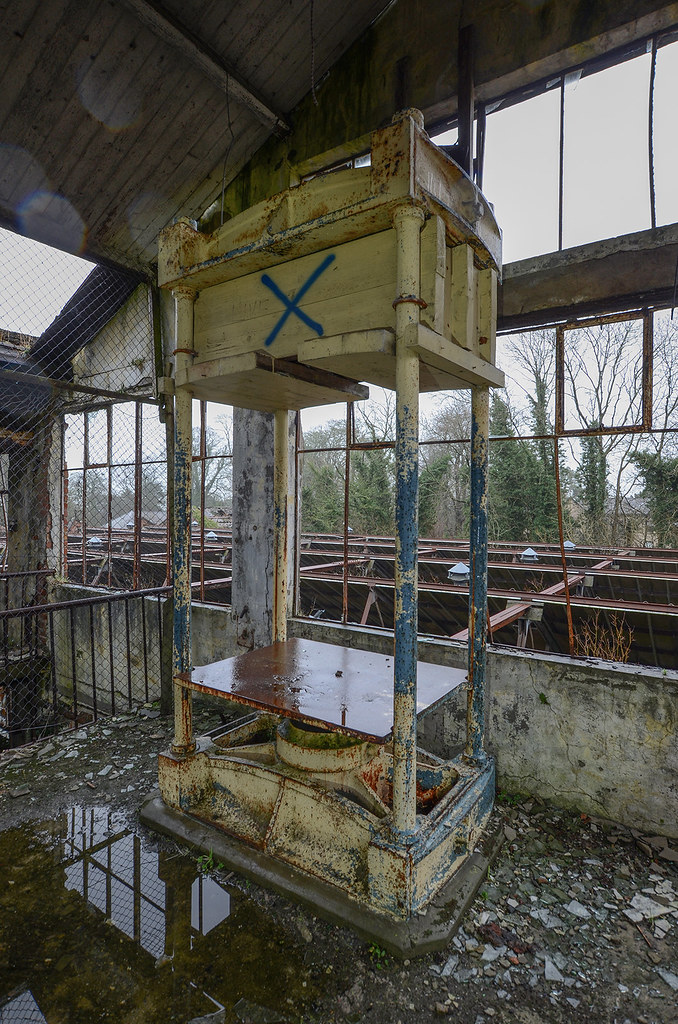 On the way out I noticed a couple of derelict buildings down by the Knockoneill River, which had the look of mills - in the right place to be water powered anyway.
One was a total wreck… 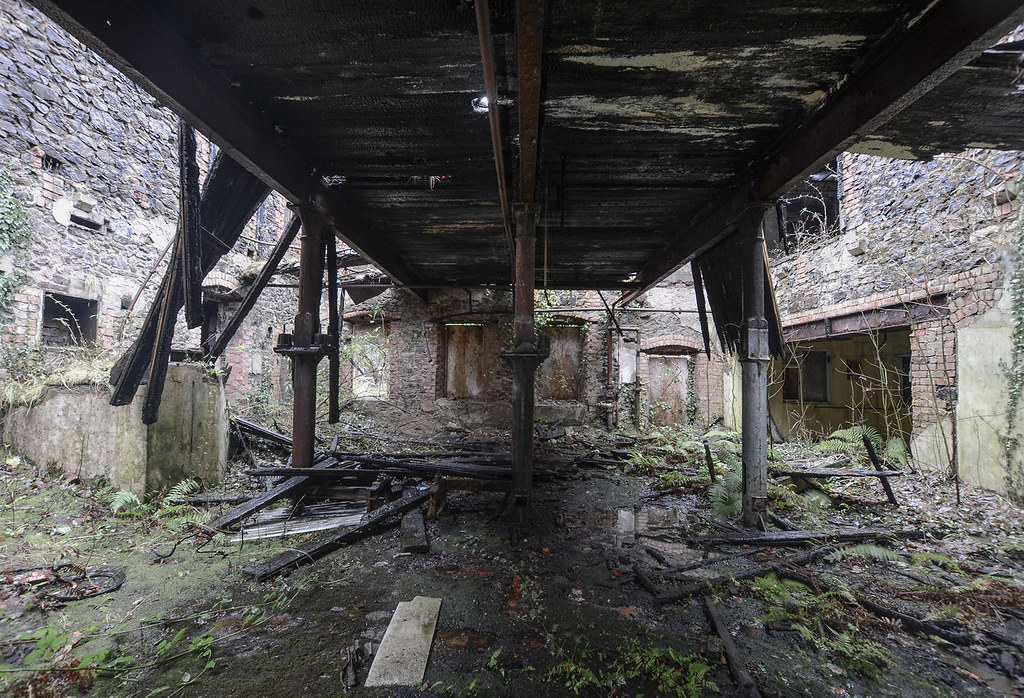 …but the other smaller overgrown one still had an overshot water wheel on the far side, with the remains of a wooden launder above it.
Old maps confirm a mill in this position in the 1800s taking water from a mill race up the hill behind (phone pic in the rain). 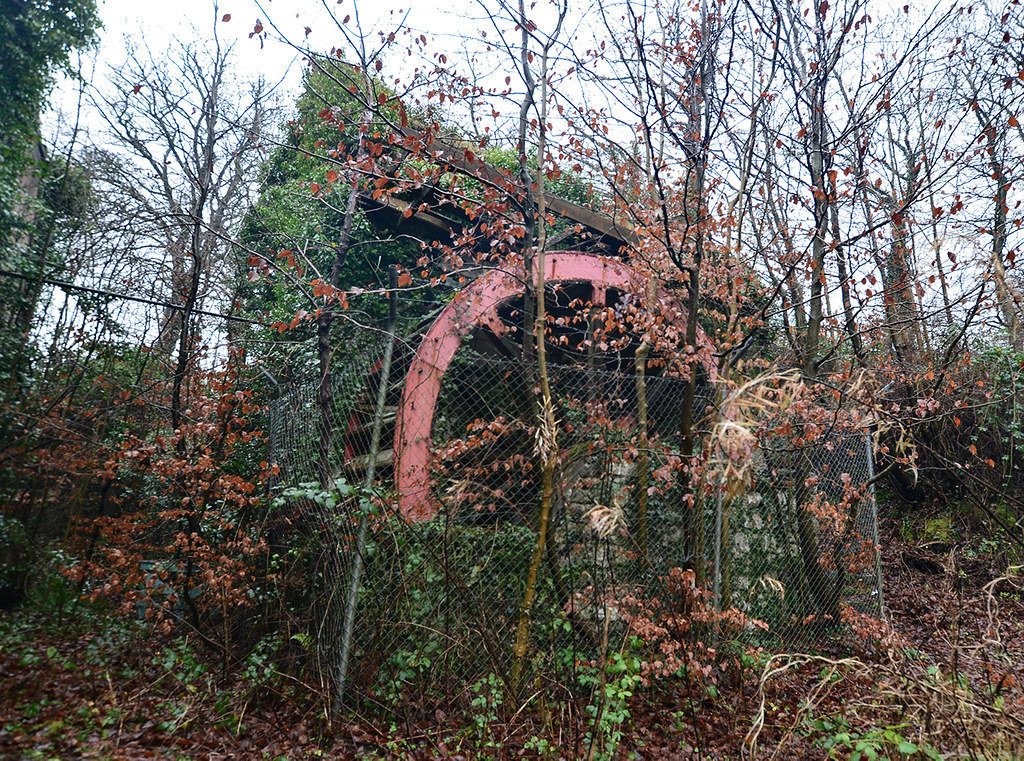 This little mill seems to have been restored as a museum, before the joists rotted and half of the first floor collapsed.
The most interesting feature was the beetling machine on the ground level - the first complete example I’d seen at that stage.
Beetling is a finishing process involving whacking linen with wooden stakes to tighten the weave and give a smooth feel.
The machine is simply a rotating helical cam which lifts and drops the stakes as the linen is wound under them.
Here’s a link to one of several videos one can find on the internet which shows the process - apparently there is no modern equivalent which gives the same quality of finish.

Front and rear of beetling machine. 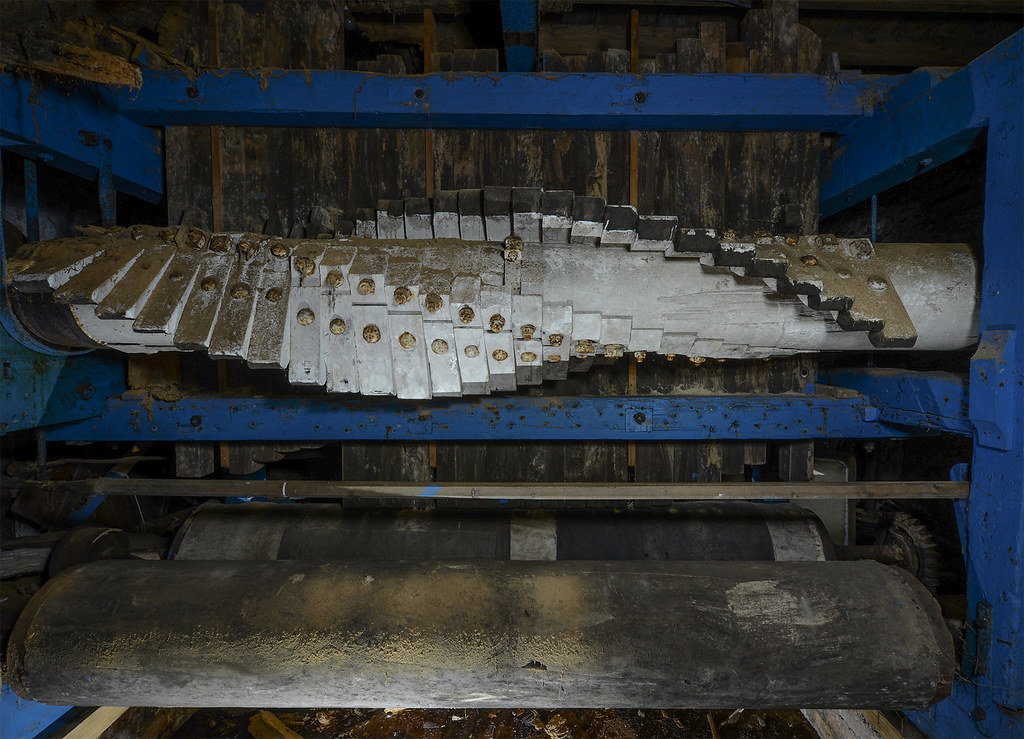 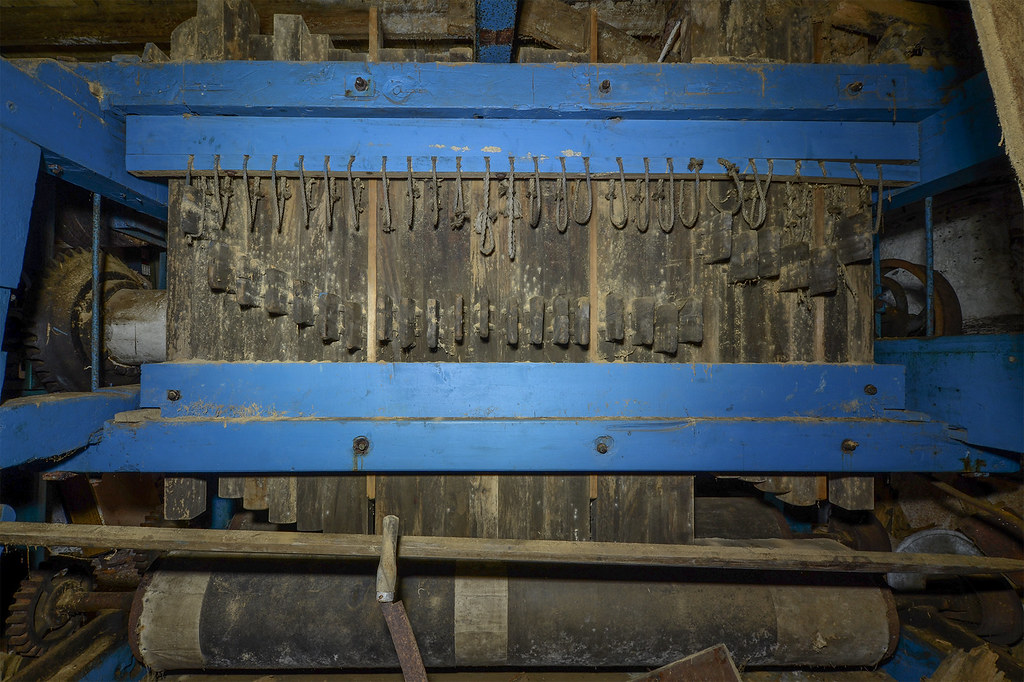 Originally water powered, it was then probably driven by an electric motor (out of shot on the left of the pic below, hidden under a pile of debris). 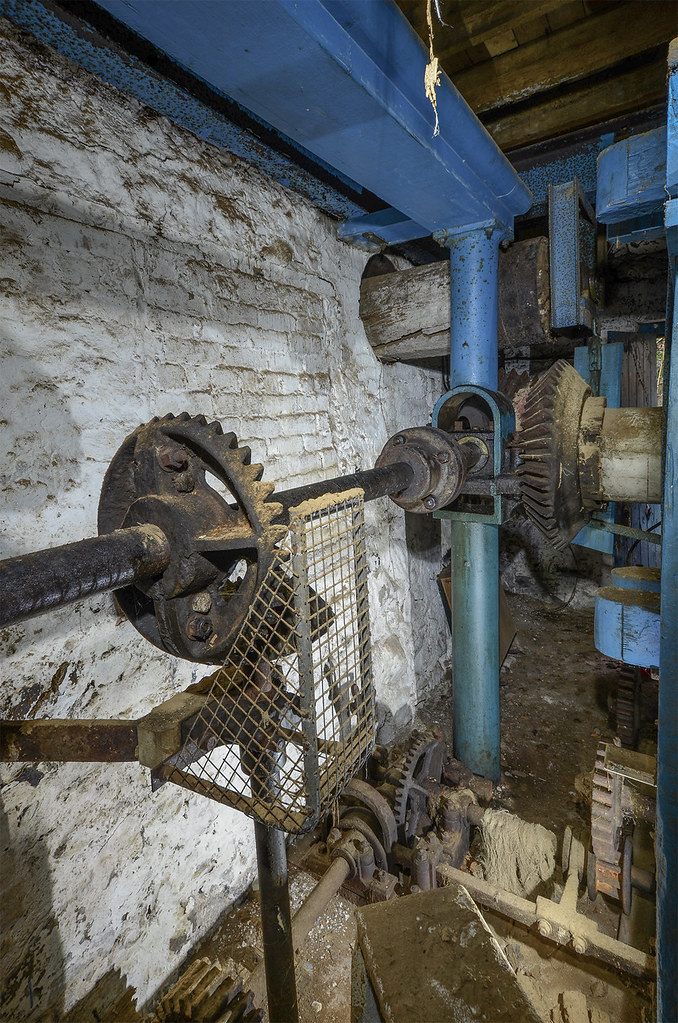 Upstairs were various exhibits to do with flax processing and linen weaving. 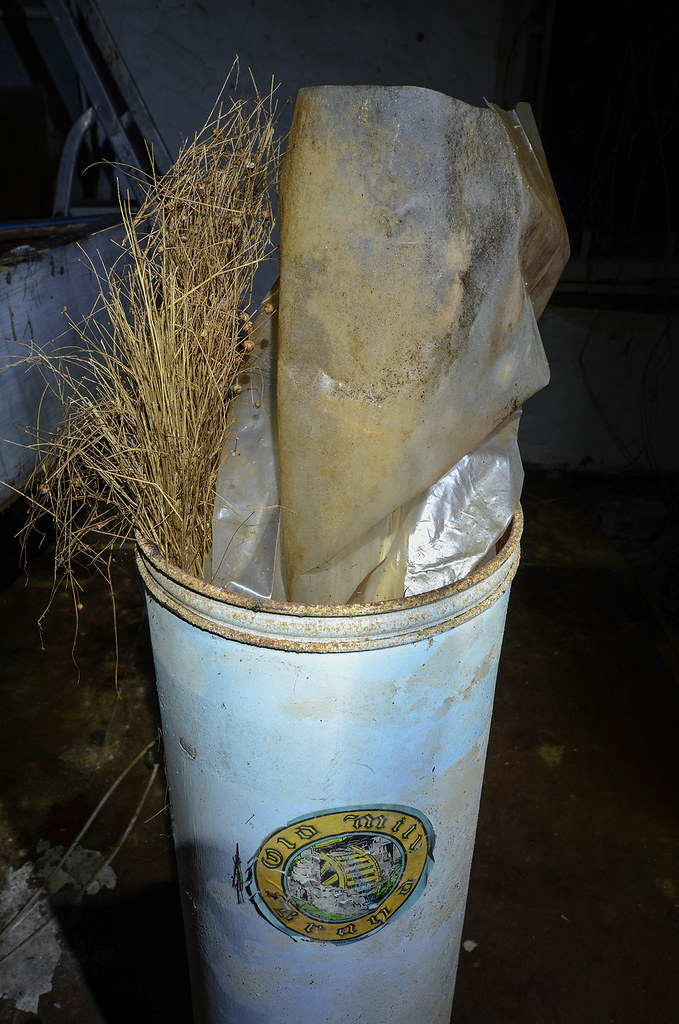 A loom from Blackburn, in the process of falling through the floor. 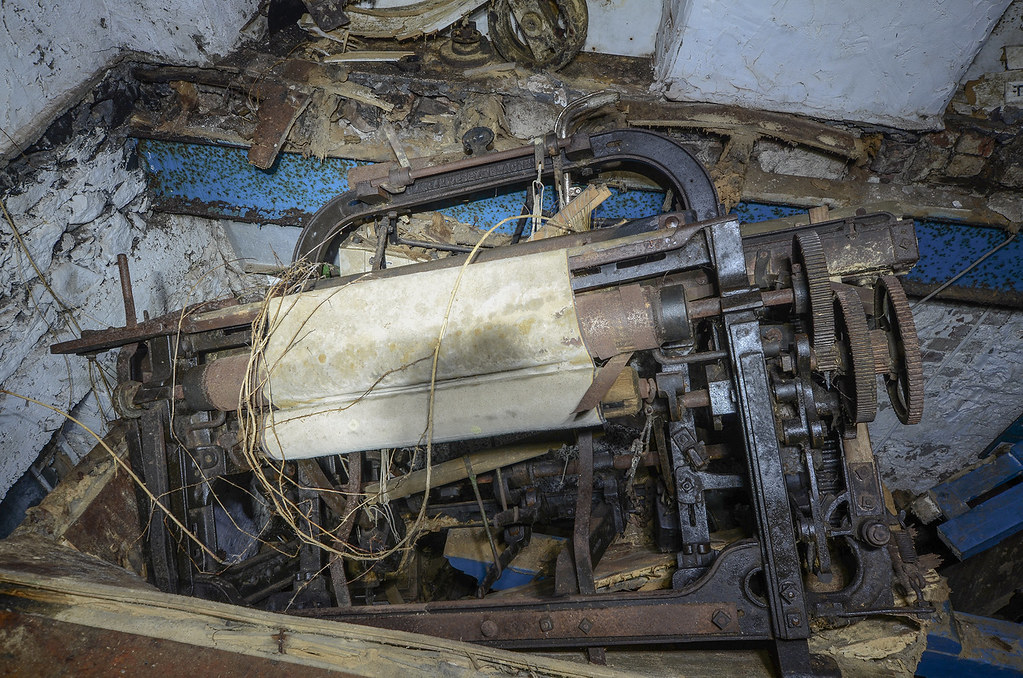 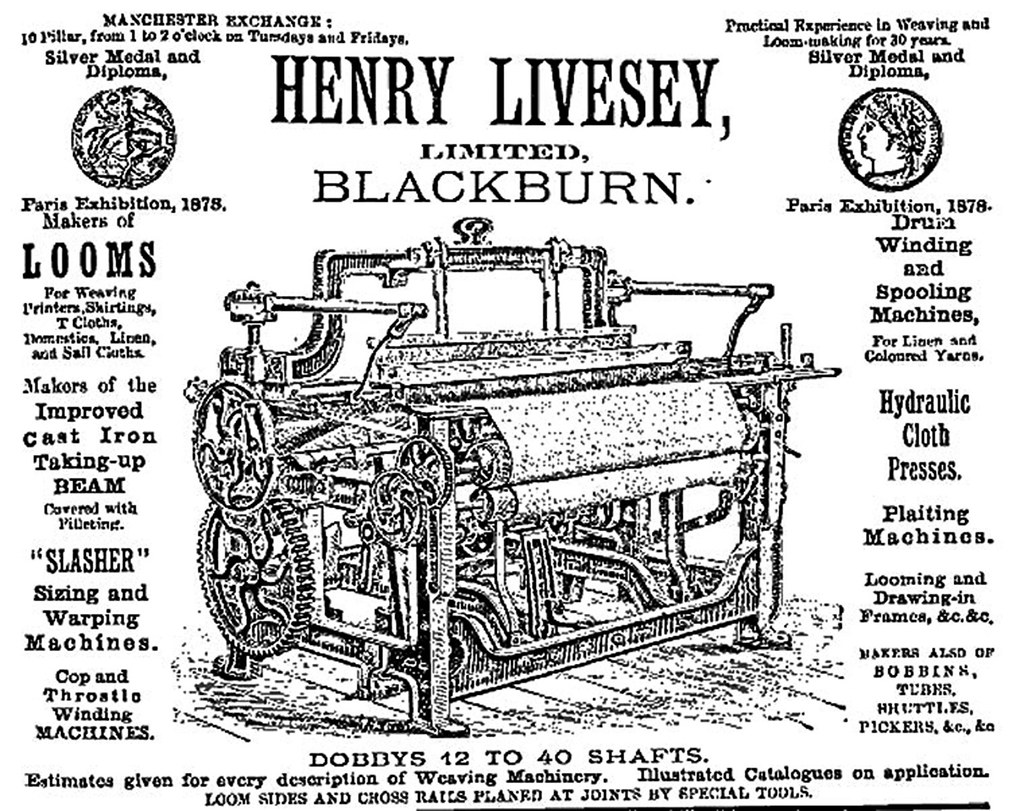 Another falling loom and more exhibits. 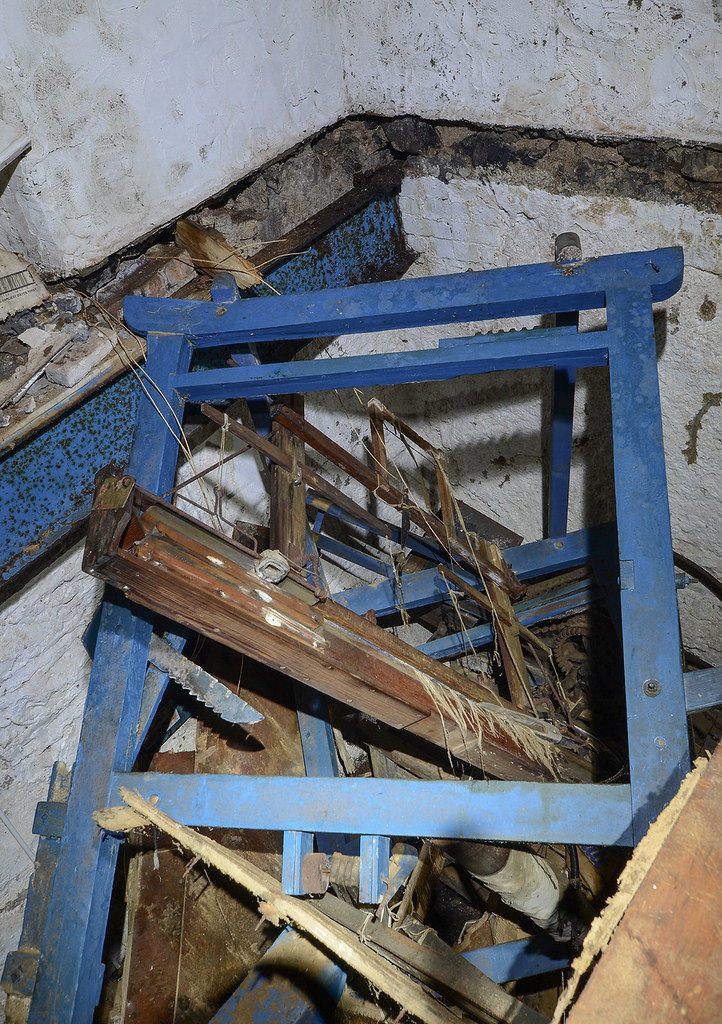 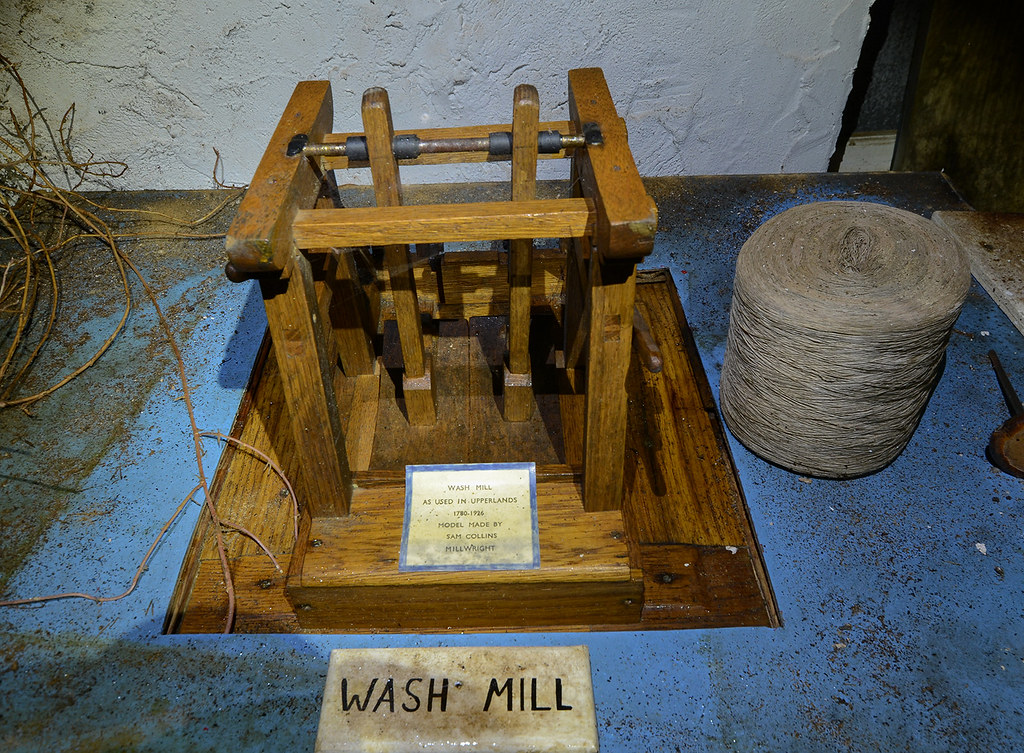 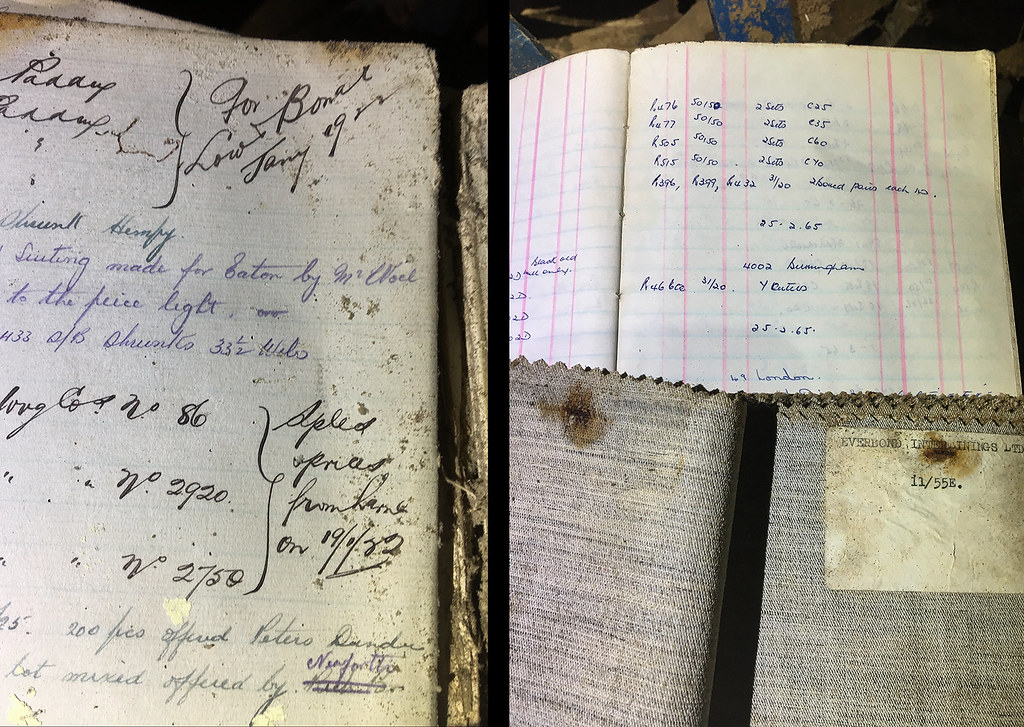 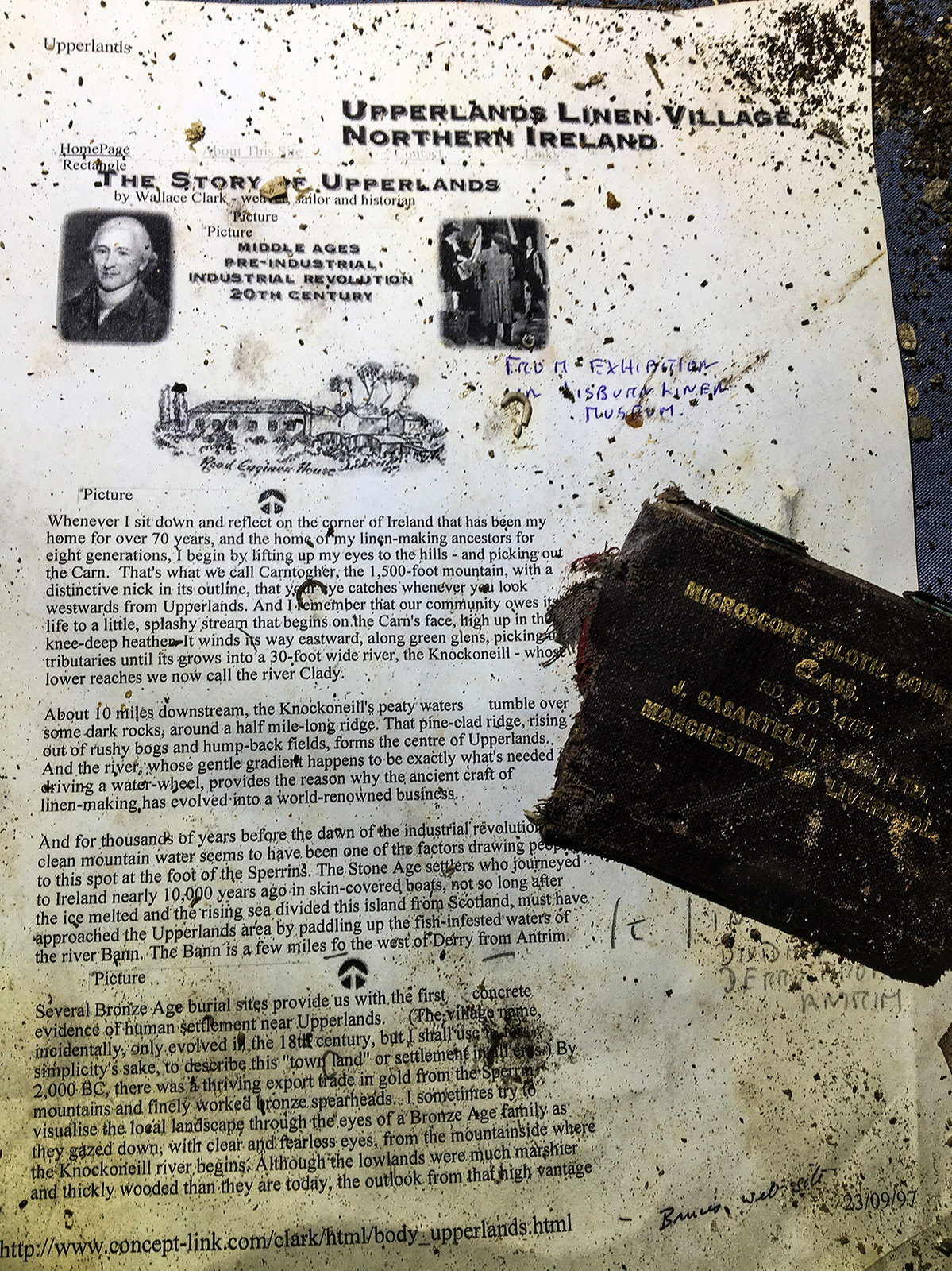 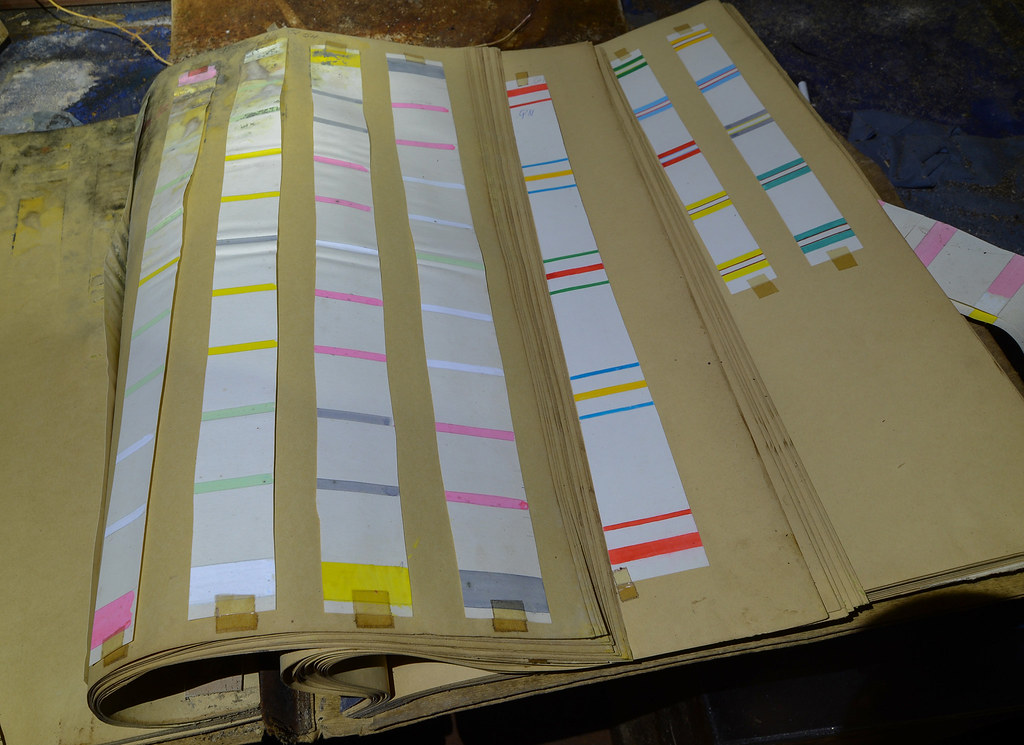 Regular User
Yes to that! Belter!
eating seeds is a pastime activity.

Regular User
Cracker, some nice remnants there. Liked this

28DL Full Member
There's something about factories, mills etc. where no matter how derelict and decayed they get they never lose their character or charm. In fact, in many ways it seems to add to it. I think they'll always be the "prime" urban exploration locations.

Regular User
When it comes to mills, you da man! NI has got a lot to offer urbex-wise.

Thanks for the link - not sure why I didn't think to look this one up - just stopped for the coffee shop and museum at the time.

Looking up the main factory, the wrecked bit I walked round with Art Deco frontage is said to have been combined offices and lapping shed.

Regular User
Amazing, never seen anything from this before!

Paperwork worth a rummage?

dweeb said:
Amazing, never seen anything from this before!

The paperwork in the factory mostly seemed to be relatively recent payroll and accounting stuff.

In the mill its presumably whatever was left in the museum, some of it now buried under the collapsed floor.

28DL Full Member
I saw on their facebook page (https://www.facebook.com/williamclarkandsons/) that they are restoring I think one of the beetling mills as they've made two new beetling beams, the mill is still in use, which is further up from the act deco building. Tho they did have a fire last year in part of it .

cjdonnelly said:
know it well do a fair bit of fishing out in that village
Click to expand...