Regular User
Lying just a stone's throw from my own home, I've been watching this place for 4 years waiting for a chance to get in. So when I spotted a way in last week, how disappointing it was to see the place gutted and stripped and covered in mindless graffiti. So much watching and waiting for so little reward. Still it's off my to-do list now.

Visited with @Oort who wasted an evening of his life too

HISTORY
The school was built in Bath Road in 1906 by Wiltshire County Council at a cost of about £7000. There was initially space for 120 boys and girls and a laboratory and art room were provided in what was originally called Devizes Secondary School, but was soon renamed the Grammar School. By 1919 the school had outgrown its original building and in 1920 the house on the opposite side of the road was acquired as an extension. This was renamed 'Braeside' in 1921 and still remains a Wiltshire County Council educational establishment. The headmaster lived here until 1932 and it remained a preparatory school until 1938 when it was then used solely for grammar school pupils. 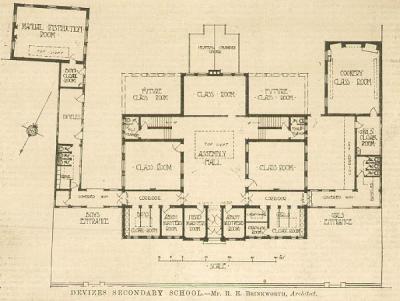 In 1930 there were 194 pupils at the grammar school and 48 at the prep school and this number grew meaning that minor enlargements were made to the school, which was still too small. In 1945, when there were over 300 pupils, plans were drawn up for a school in Southbroom Park, near the Southbroom Senior School, but these did not come to fruition. Pupil numbers remained fairly constant, with 333 in 1955, and eventually the school merged with Southbroom Secondary School to form the comprehensive Devizes School in 1969. The school was sited at Southbroom where the buildings were enlarged. This Grammar School building then became St. Peter's Primary School.

By 2004, numbers at the Primary School had declined and it was decided that a new school would be built on the other side of town. This school closed in 2012. It looks as if the building will soon be lost in order to squeeze even more people into this small town of mine. To be developed into either 21 or 26 residential units.

1. From the front, it looked worthwhile. A fine early 20th century building. 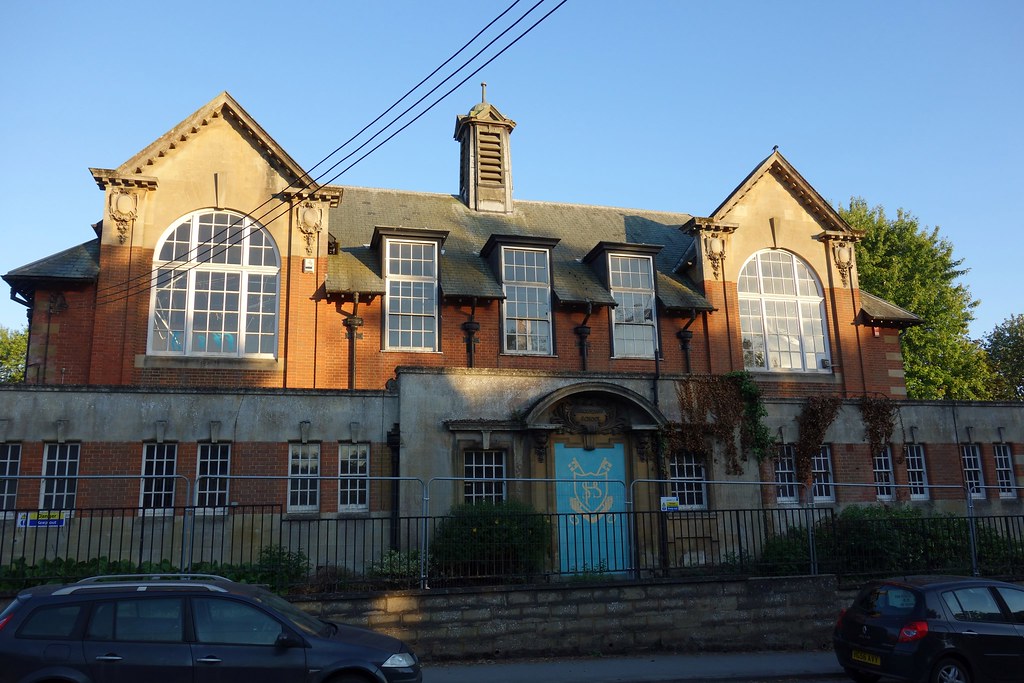 2. Detail of the entrance 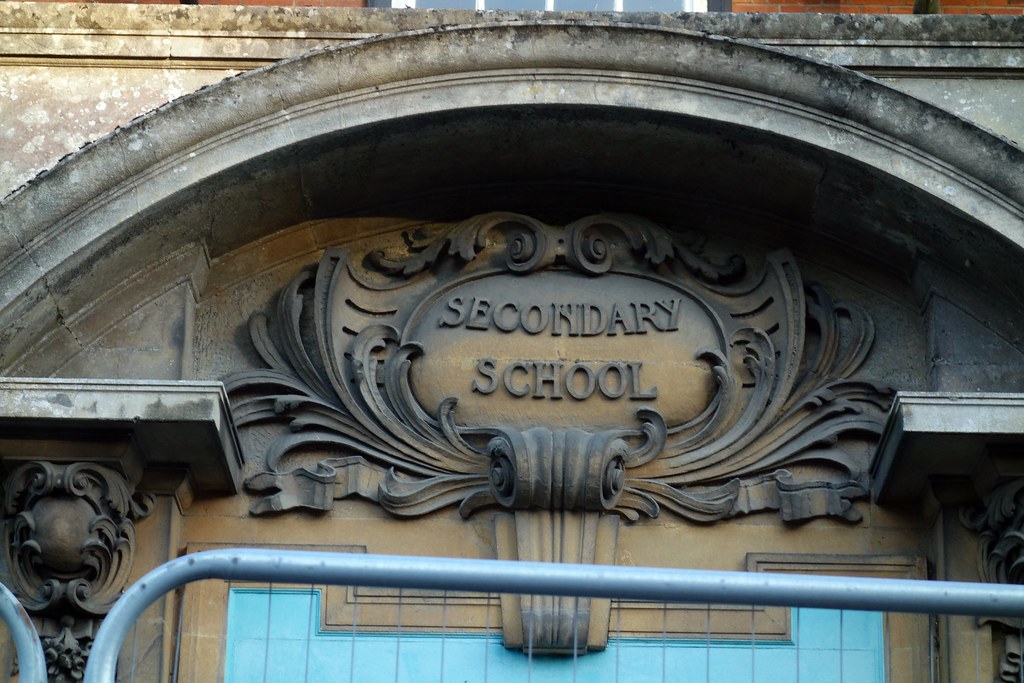 3. The back which runs against the Kennet and Avon Canal 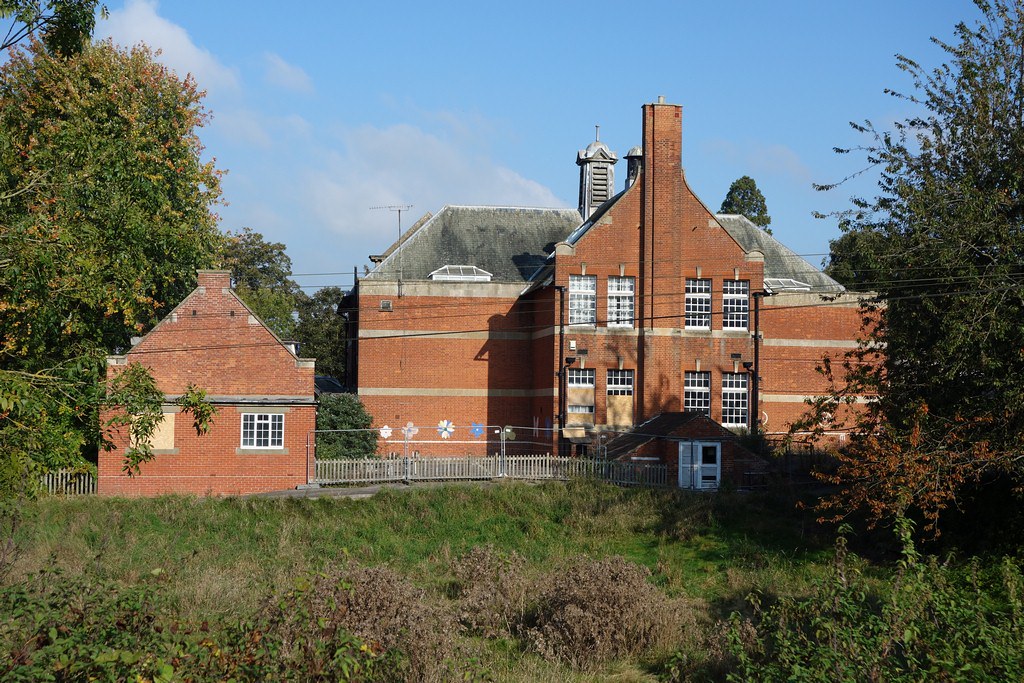 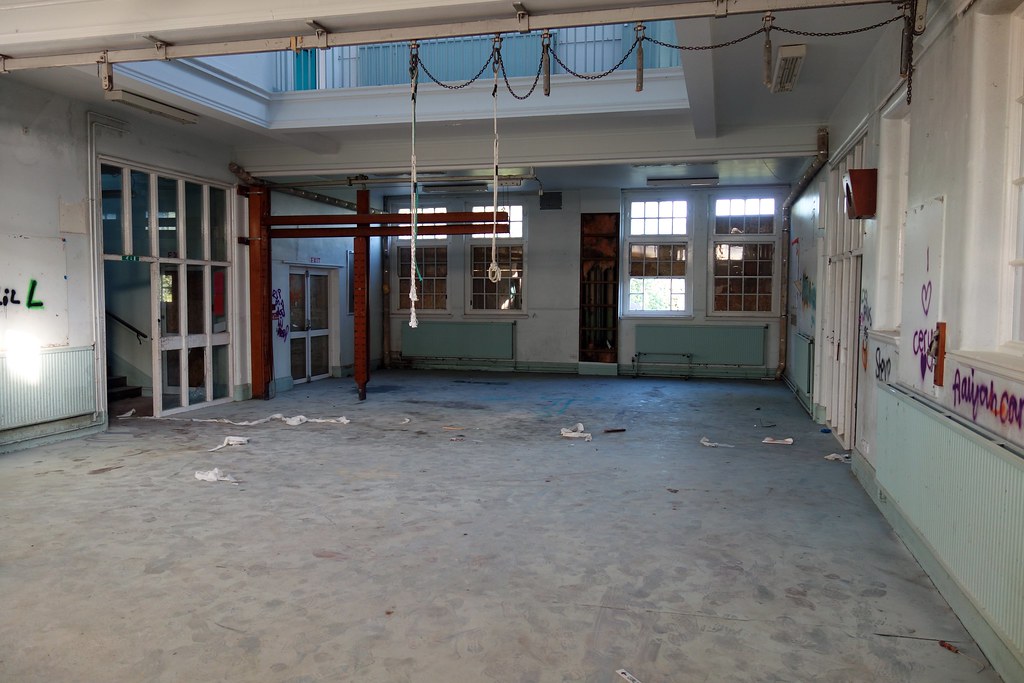 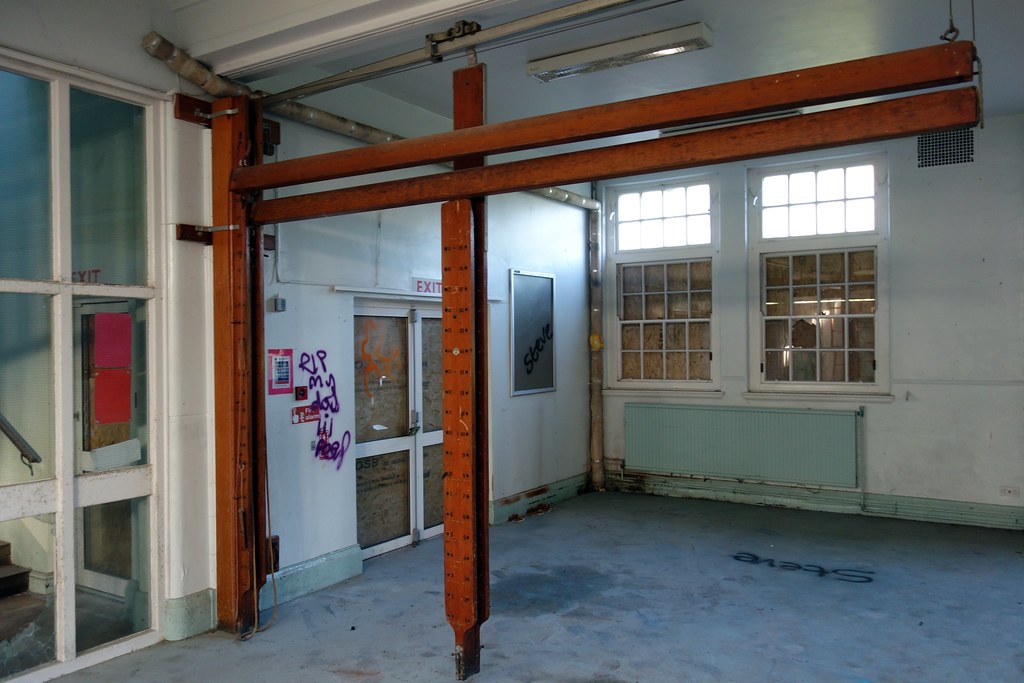 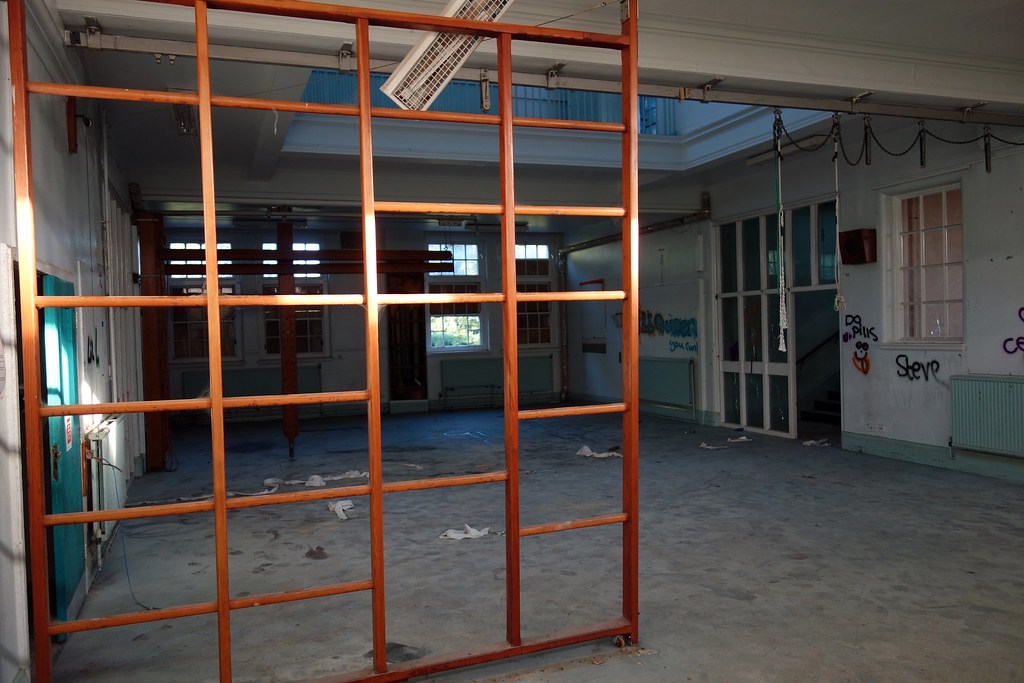 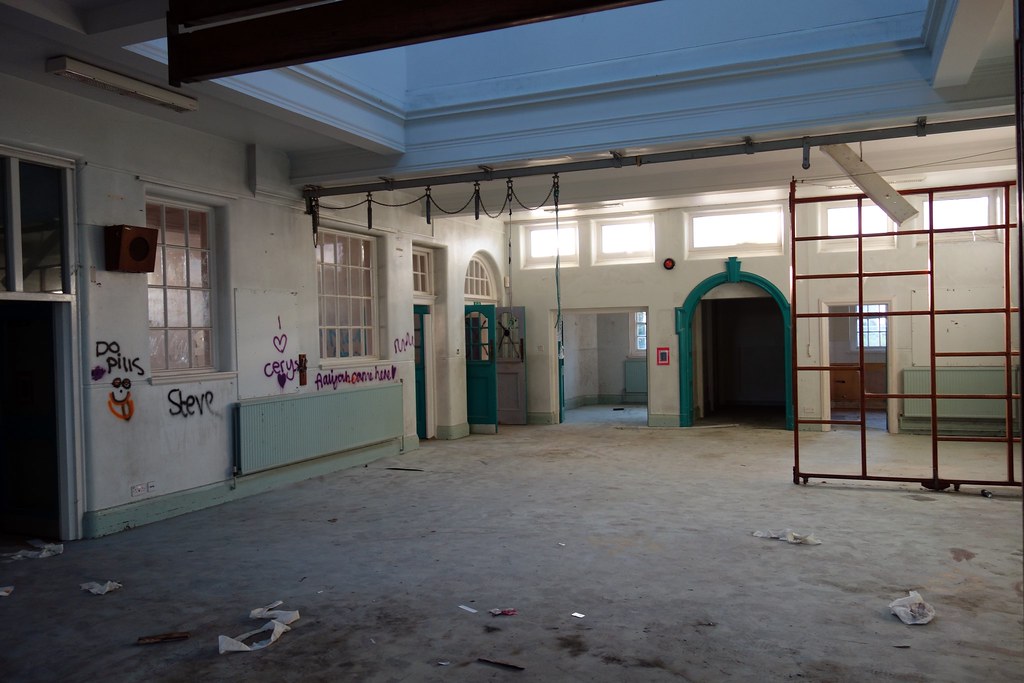 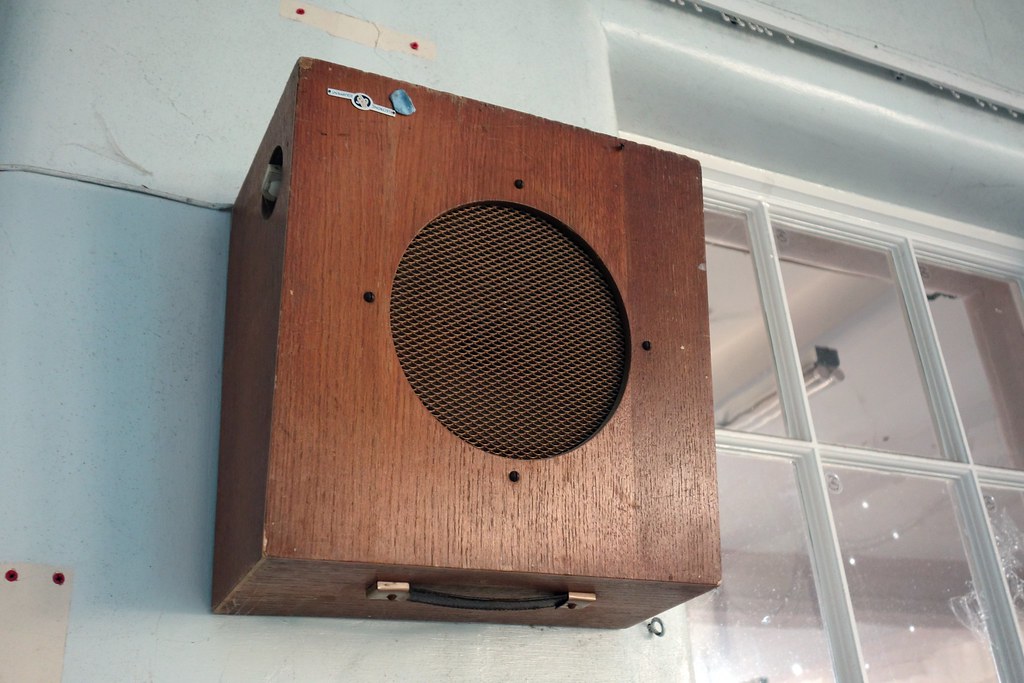 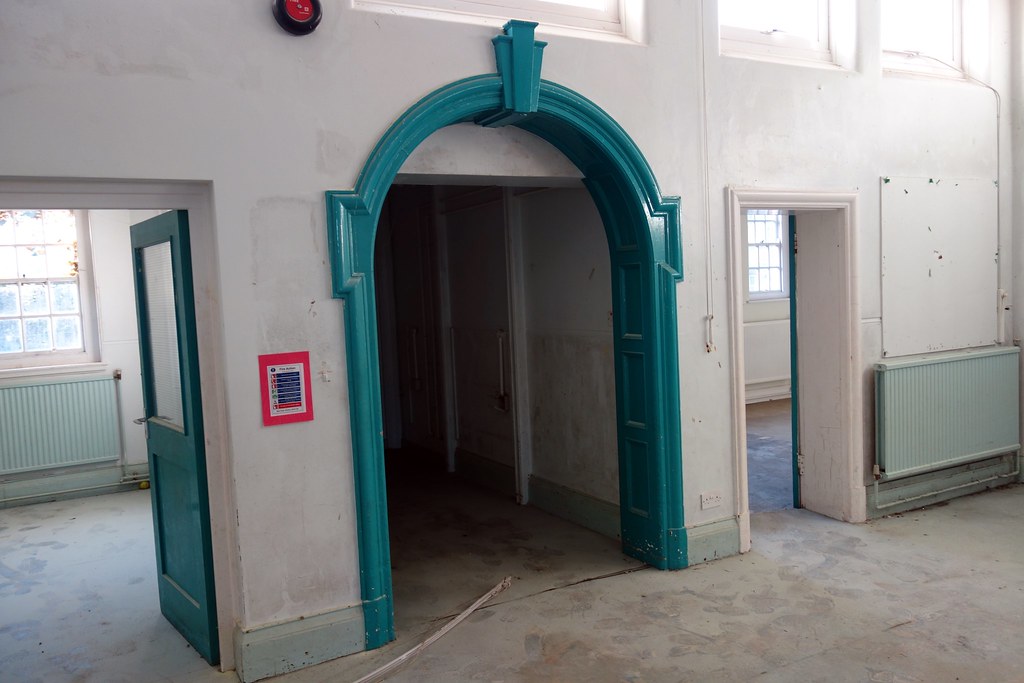 10. Kitchen alongside the hall 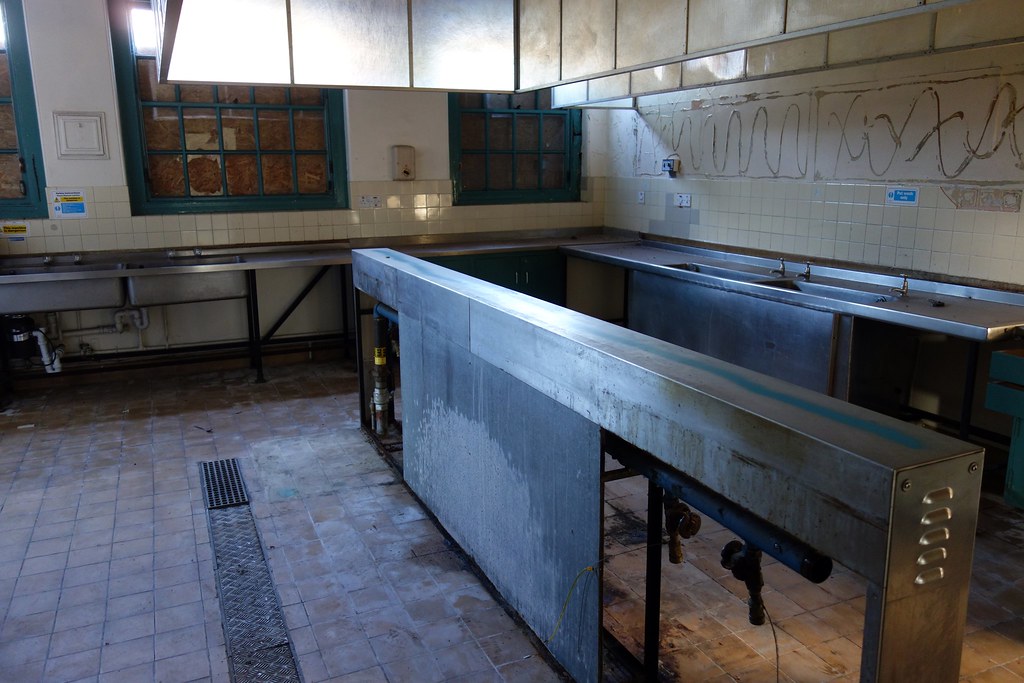 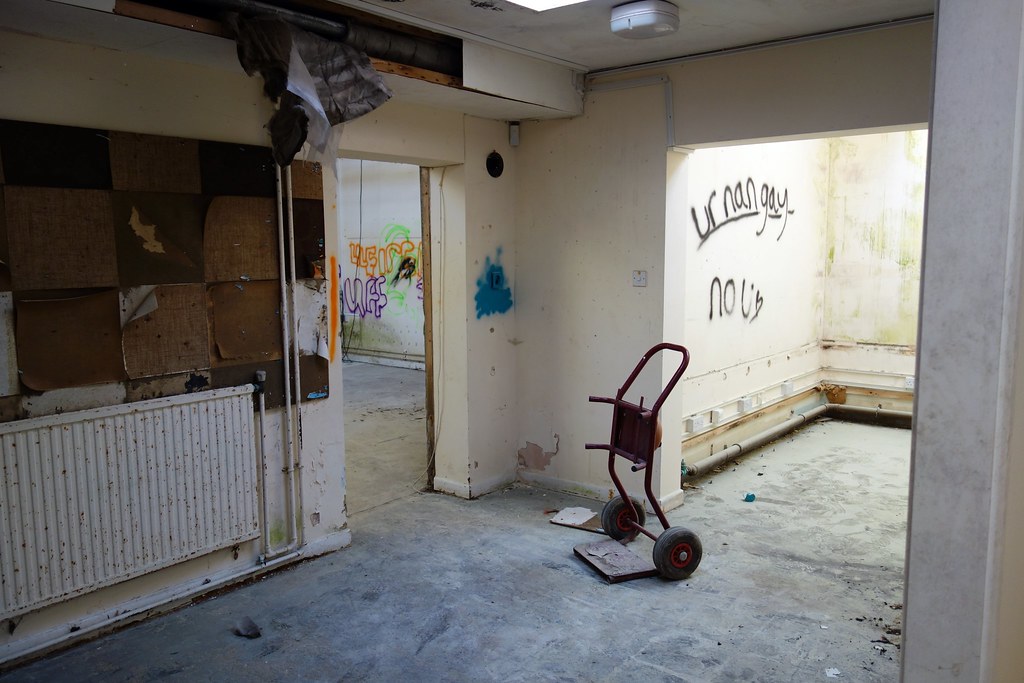 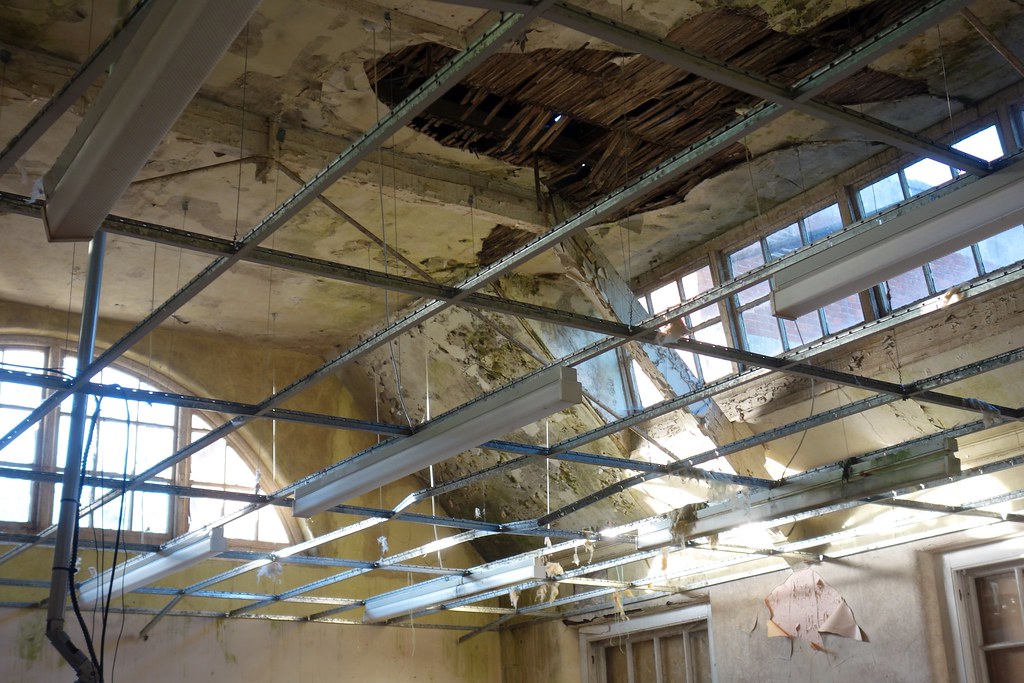 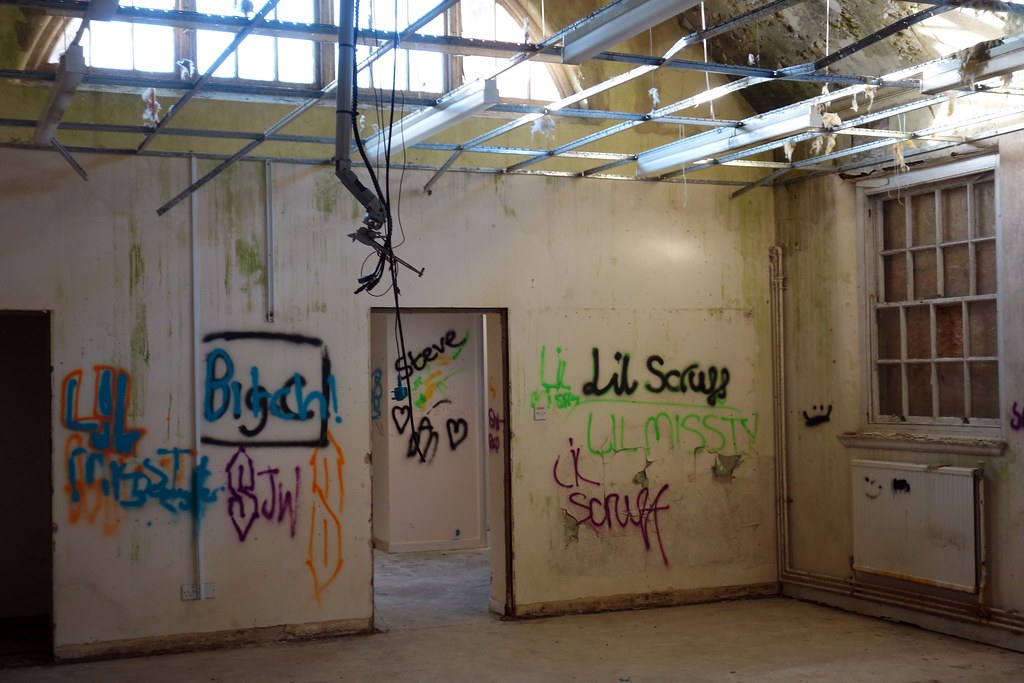 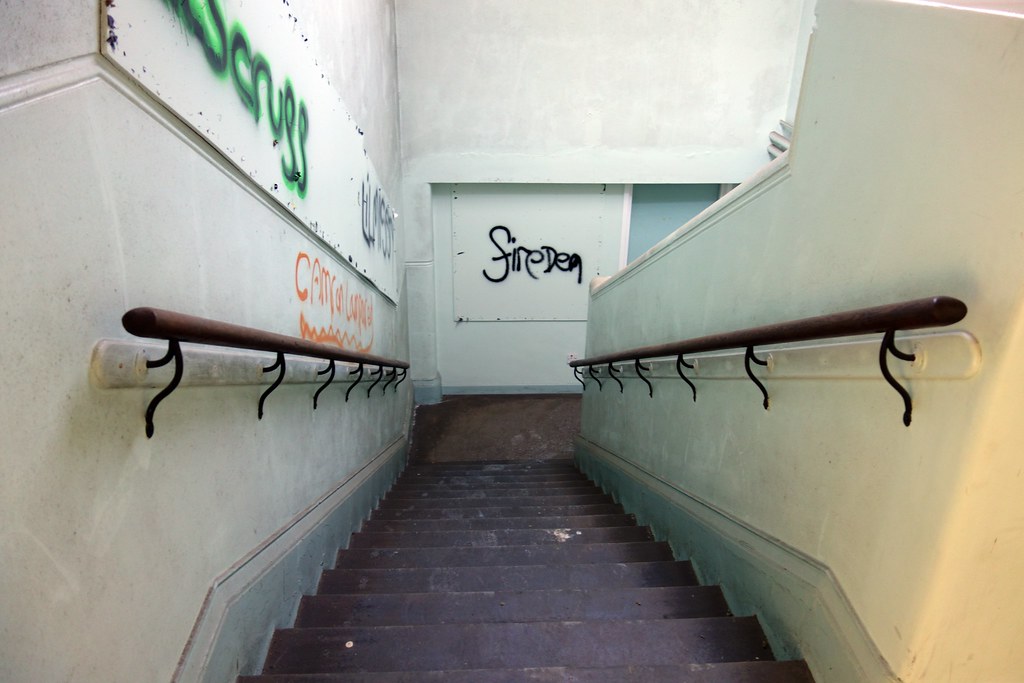 15. This door high in the wall leads to the roof-top tower 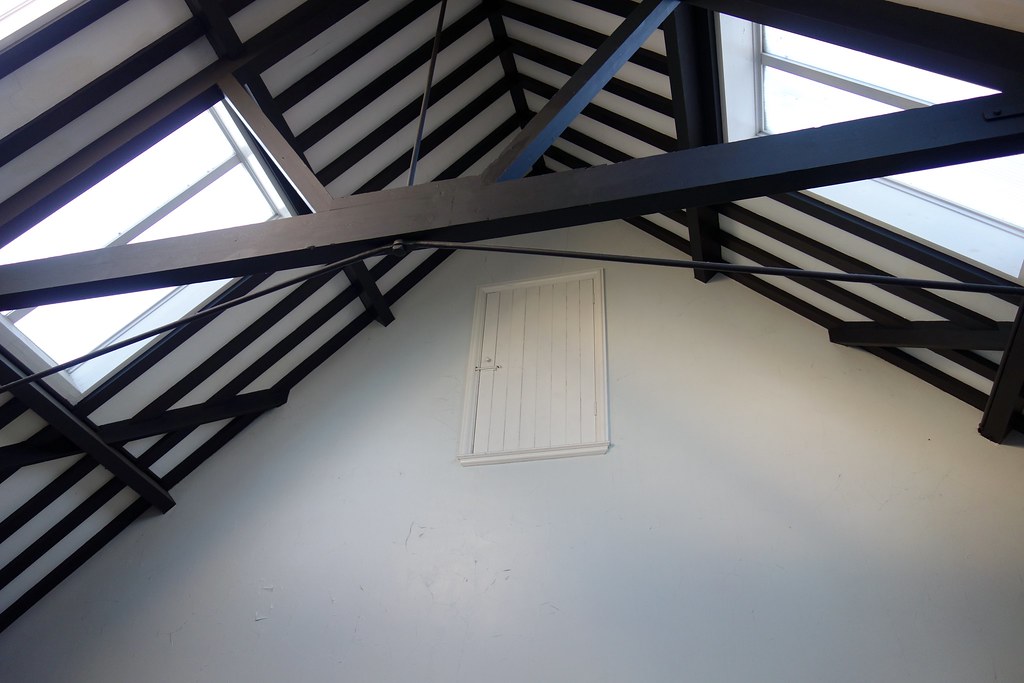 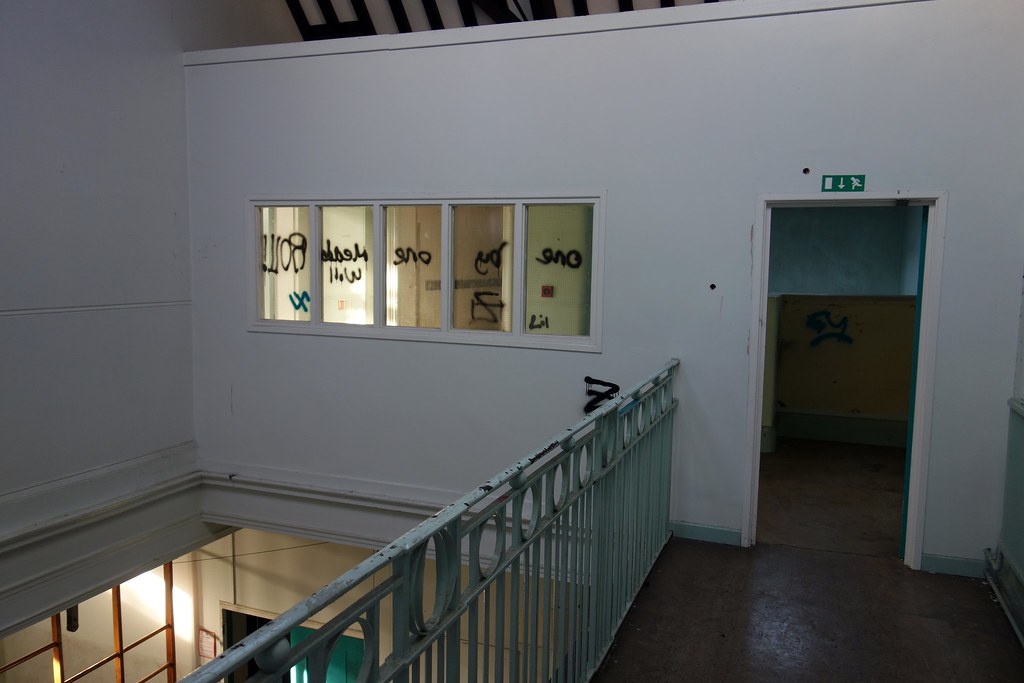 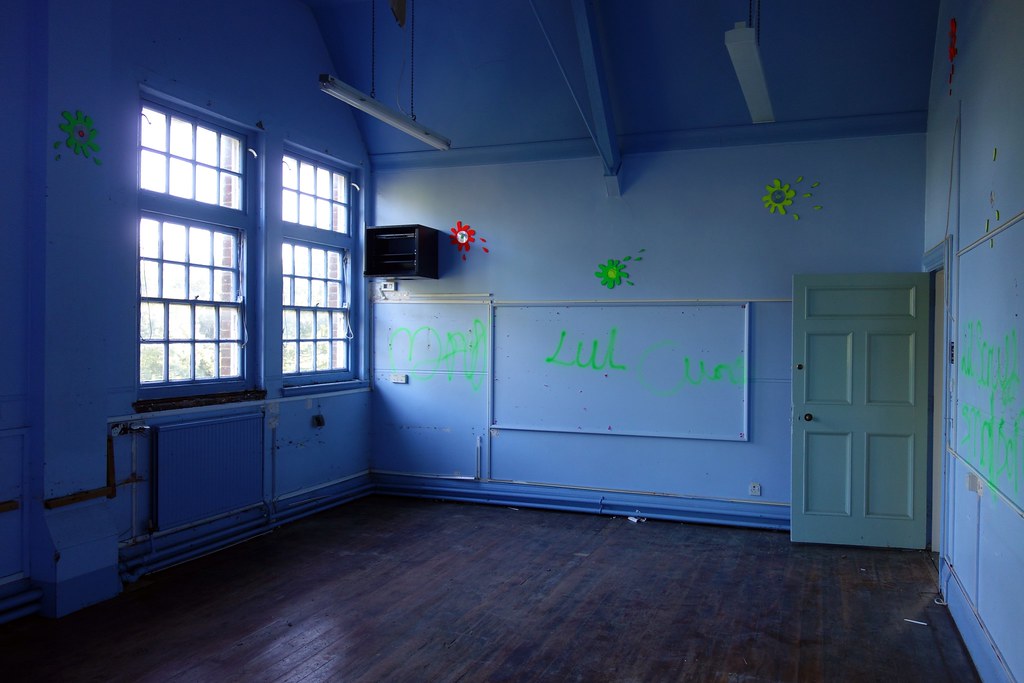 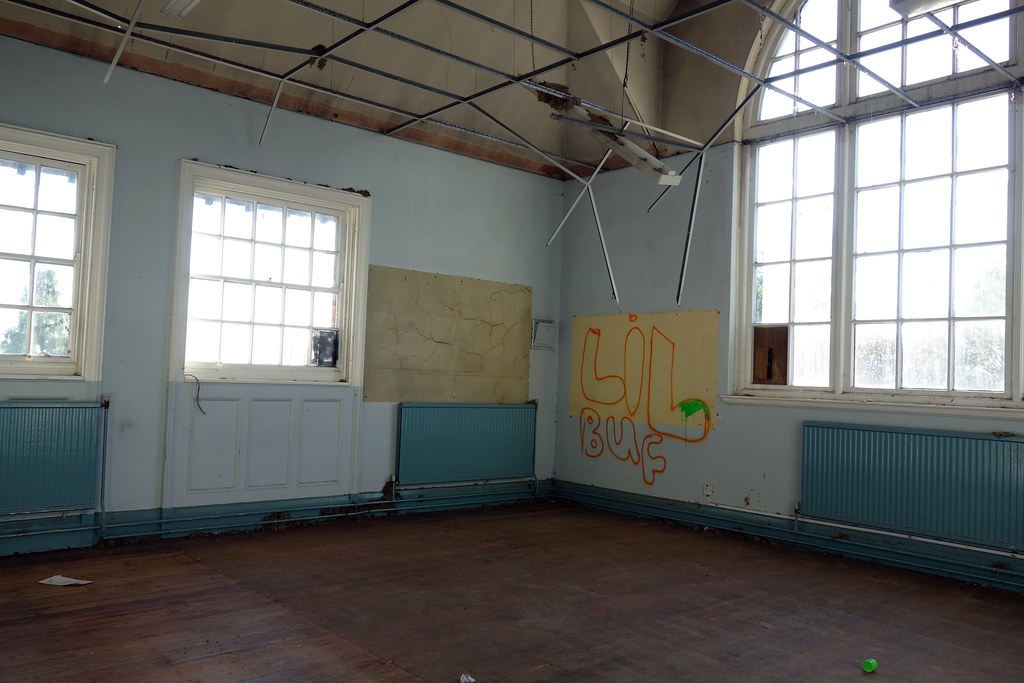 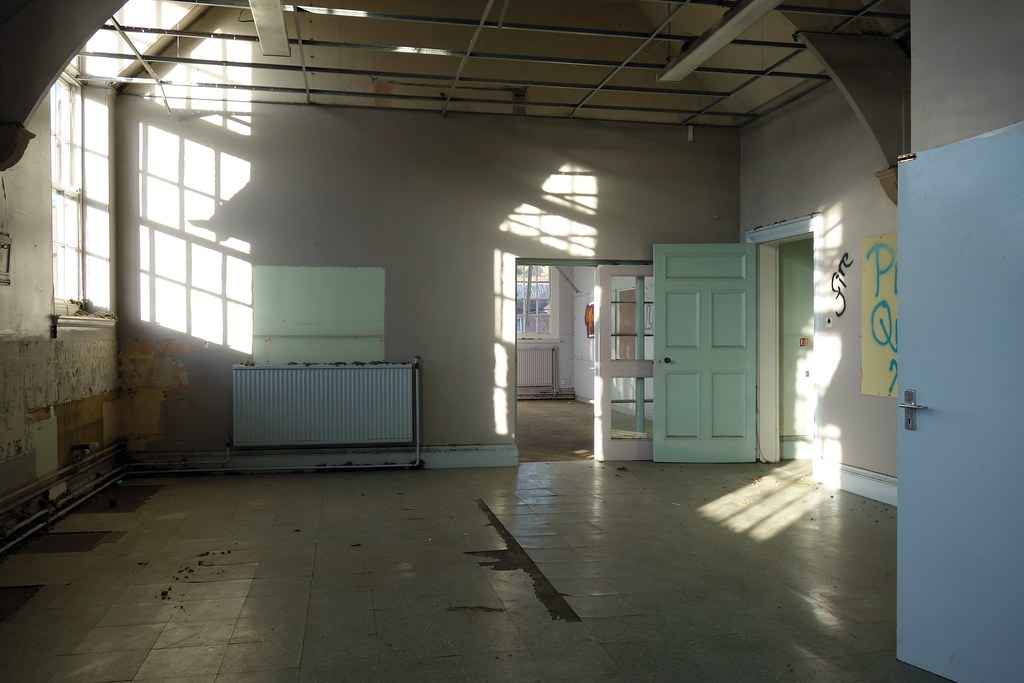 And then we went to the pub which was much more interesting.
Mr Bertie Bollockbrains
An idiot

28DL Full Member
Shame, it is a beautiful building.

Regular User
Oh that's a shame! I had checked it out a couple of times when down that way and never got lucky, at least I didn't miss much.

Its a beautiful building from the outside at least, I love school buildings of that era.

28DL Full Member
Are they converting this soon? Any thing come up about a demolition date?

28DL Full Member
Hah, living so close to this I've always fancied getting in for an explore. Now I can see why they say don't judge a book by it's cover ey!

28DL Full Member
Was in Devizes yesterday, shame I missed this! Hopefully access stays open for a while as I aim to come back soon...

28DL Full Member
drove past this yesterday..it has barricades all around it now...access might still be possible i think.was going to check it out myself

28DL Full Member
Checked this out the other day. Entry to the site is very tricky coming from the canal and now the entire building is boarded up, supposing they are starting work on it soon. The building from the outside is very beautiful though. Don't waste a journey.
M

28DL Full Member
Did you access this from the main entrance or the canal? Me & a friend tried a year ago but there was far too many people & cars passing to not notice us so we bottled it

Mike Stiles said:
Did you access this from the main entrance or the canal? Me & a friend tried a year ago but there was far too many people & cars passing to not notice us so we bottled it
Click to expand...