Guest
Well, after reading this site for the last few months or so, I've finally got off my backside and done something !

As this is my first post, please be gentle and try to use constructive criticism

This is a disused railway tunnel in Thackley near Bradford, it was taken out of use sometime during the 1960's and the line has long since been removed.

Saturday afternoon, myself & uggy set off into the Thackley end of the tunnel, it is protected by a fence and locked gate, although access is obvious & easy. In the 1st 200 metres or so it is littered with graffiti and 'chav rubbish' cider cans etc, old push bikes, but once further in, not too bad. Just before halfway in, we were met with a wall from floor to ceiling, **bugger** There are 2x2ft diameter plastic pipes poking through at roof level and 4 smaller ones at floor level which were silted up. Ug climbed up, had a look and could not see the other end. We retreated at this point and decided to attack the tunnel from the other end.

Sunday we approached the other end, similar locked gate, but access was slightly more difficult, but still possible. We walked into the tunnel up to the other side of the wall and from the numbered wall markings in the tunnel and the distance between them we estimated there to be about 150 metrtes of unaccounted space (roof collapse??). The air pipes are large enough to crawl through but will probably require a ladder to get into.

Entrance to Thackley end of tunnel 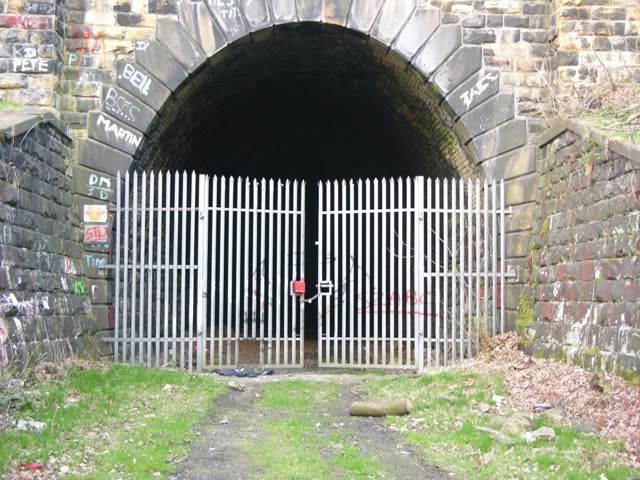 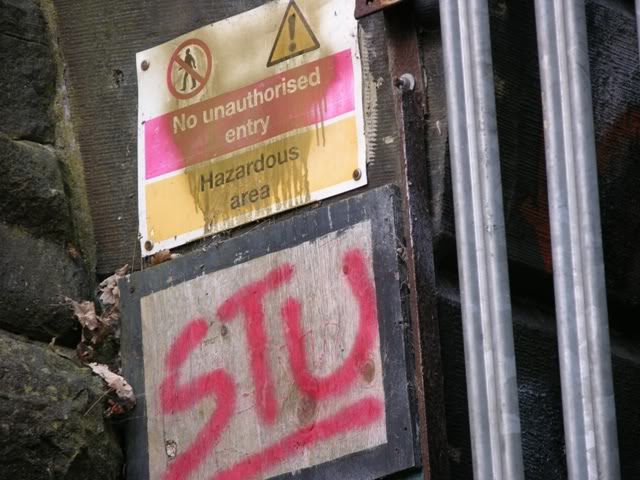 Looking back towards uggy standing in the entrance 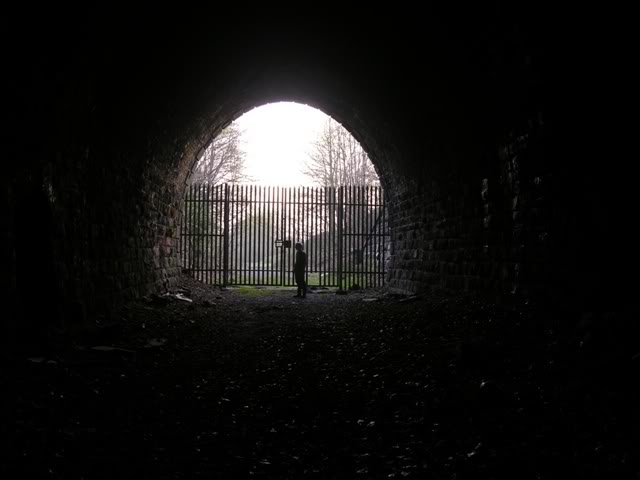 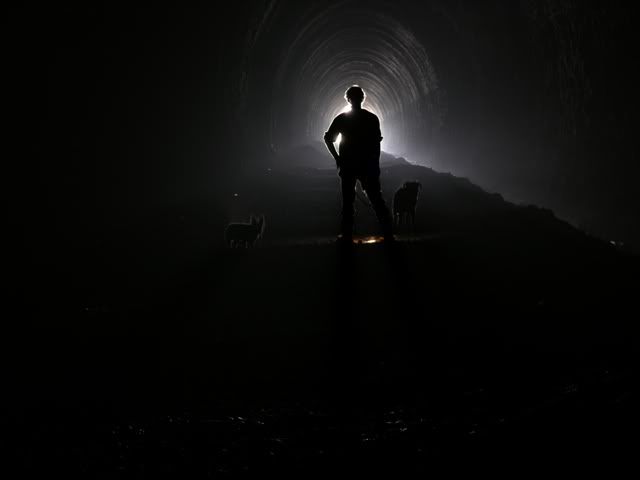 Couple more pictures, these came from my phone so quality not as good as the others, 1st one shows the other entrance (Apperley bridge end) and 2nd shows first airshaft at Thackley end, believe there are 5 air shafts in total, uncapped but protected with nasty spikey stuff 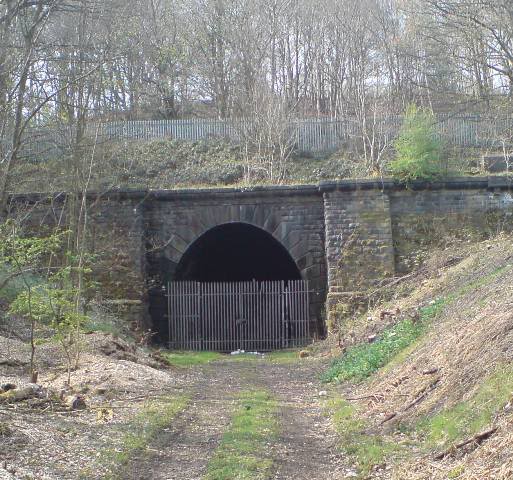 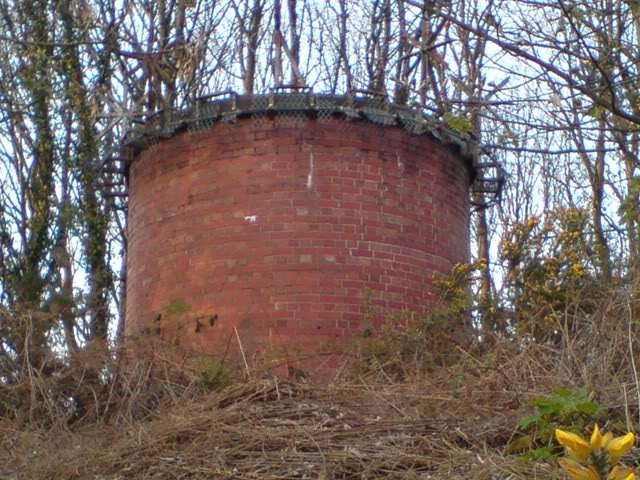