28DL Full Member
Dover, it is one of those places that you an count on to fill a dry spell when exploring. Nestled on the White Cliffs it has been chopped, changed and occupied by the military for centuries whilst they have pointed guns of all sizes at the narrowest point in the English Channel, leaving behind in their wake a treasure trove of abandonment. During the Napoleonic ear, Dover was heavily fortified in an attempt to repel any would-be French invader. As is generally the way with most military hardware it was obsolete before it could be put to use, leaving behind vast citadels that had little point. Dover was also famous during for the coastal batteries that peppered the French coast line as they bristled like angry porcupines during World War 2. Now all that remains are a few scars on the landscape and hidden underground structures that supported them. Over the years, we have been down here exploring many times. There is always something to look at and poke about, and there is still more to return to and I would live to see the R1 bunker.

I have decided to post the accumulated photos of this trip into a single thread.

I first went to Dover way back in 2008 when a local explorer to me, @pauln, reached out with as they had an empty seat in their car. We had a good day exploring South Foreland Battery, St Martins, Z-Rocket and Fan Bay where we spent far to long attempting to find a small hole in a very big cliff top! The introduction to underground Dover was excellent and left me wanting to go back. I returned a few weeks later with my brother and some University friends, where we went back to South Foreland for another look at the other deep shelters and to attempt to get some better photos. South Foreland is a good place to get a taste of Dover as there are 2 deep shelters, 2 plotting rooms and a number of ammo bunkers.

These shelters have been since sealed by EH and access can be arranged through a local. 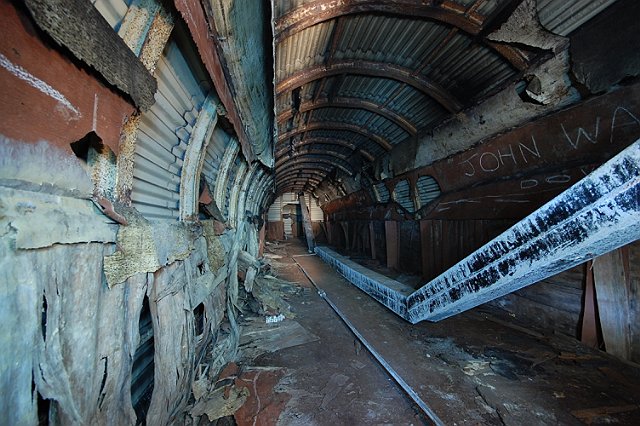 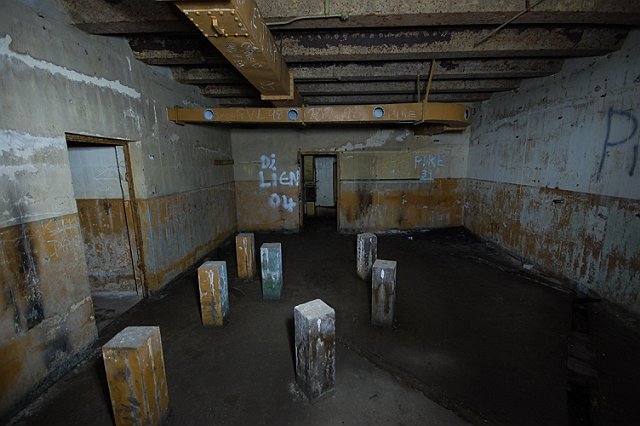 My long lasting memory of Z-Rocket is the instruction that told us to be careful going down the main slope as there is a spoil hole at the bottom, and led to all sorts of thoughts of plummeting over the cliff. It wasn't as bad as I thought, and on a return trip many years later, someone had used a piece of sheet steel to cover the bottom half of the hole. Good little shelter, quite clean inside. 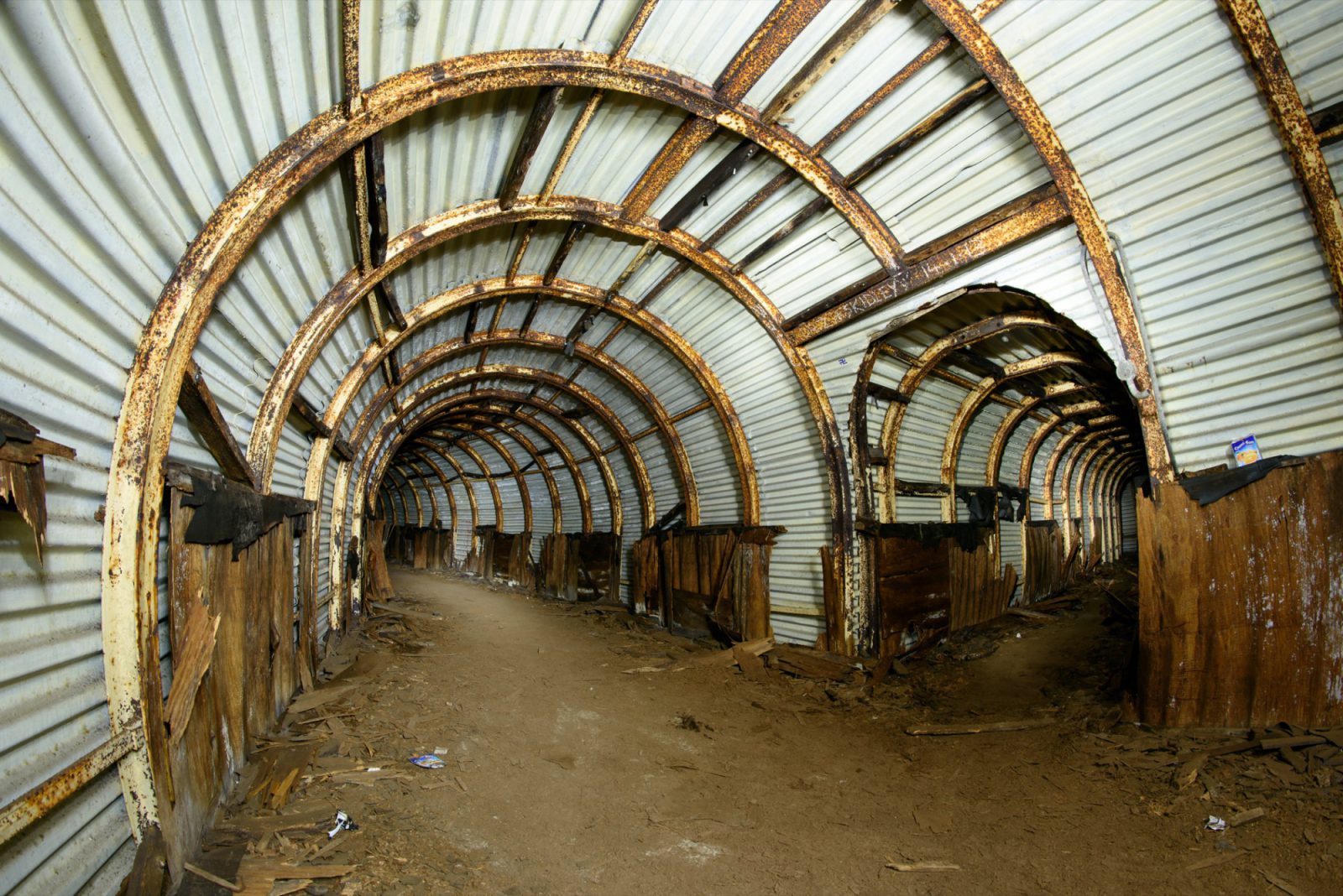 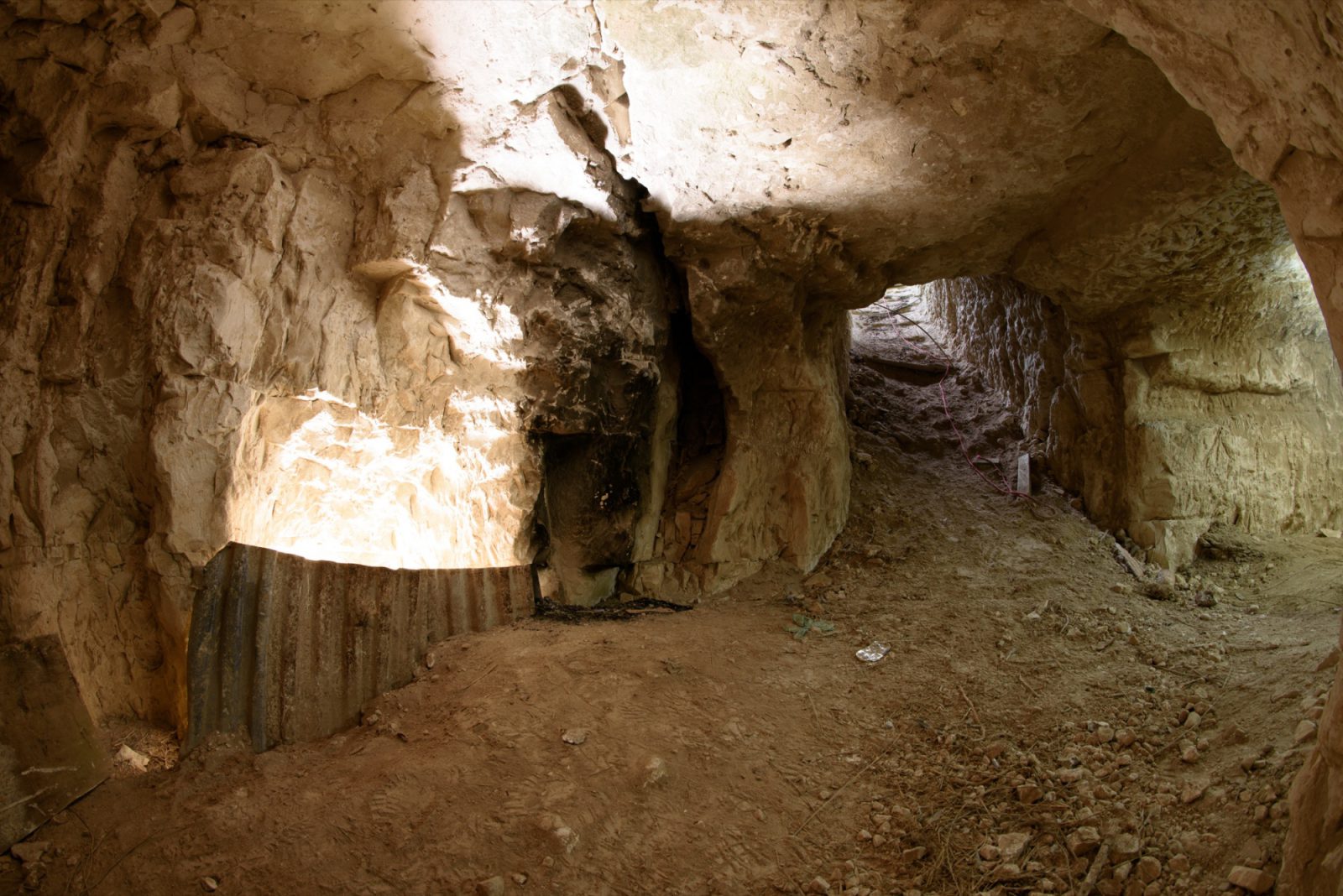 On my first trip to Dover we spent a good hour wandering the surface looking for the entrance and only to finding the ammo bunkers. The rain typically set in and when we eventually found the letter box sized hole, the clay had become so slippery that we aborted and went on to St Martin's instead. I went back a few weeks later with my brother, armed with a rope, and climbed our way in. The rope wasn't needed as we used the RSJ Hoops as foot holds

oh well, you live and learn!

Fan Bay has since been tidied up by the National Trust and is open for heritage tours, which is a good thing as it is a tidy and interesting little shelter. 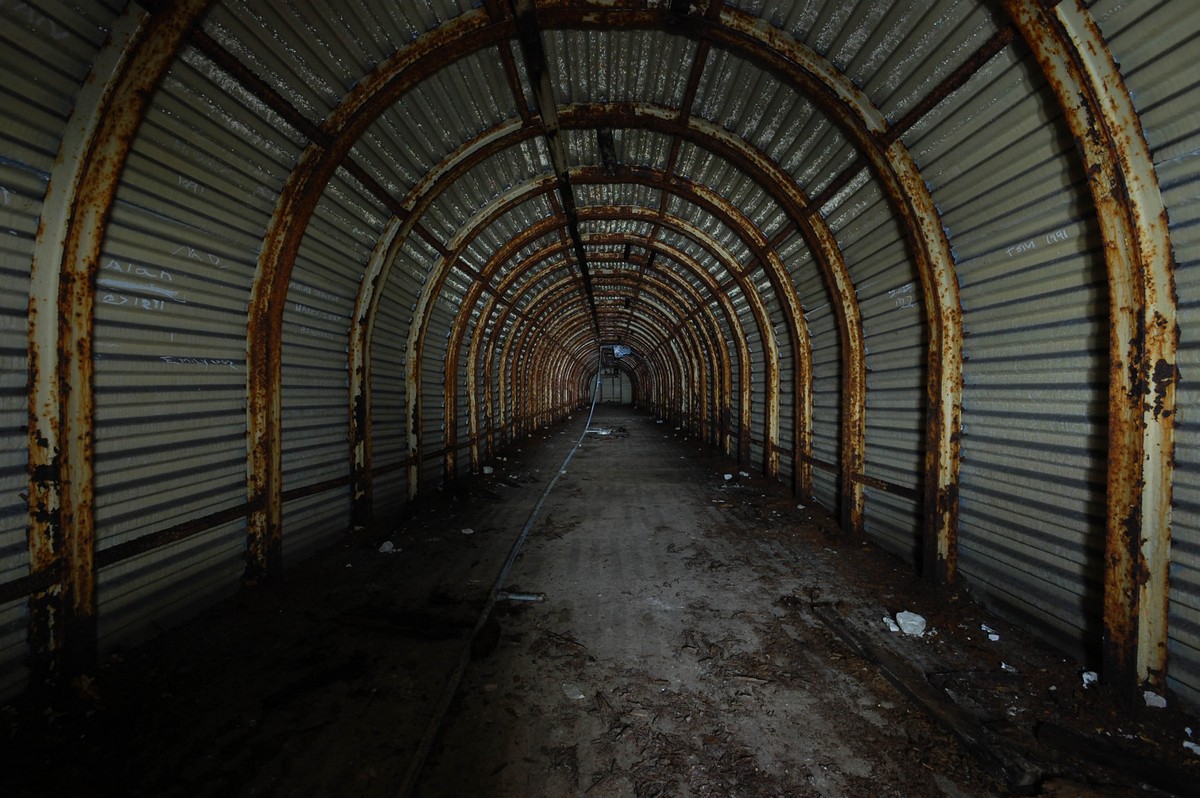 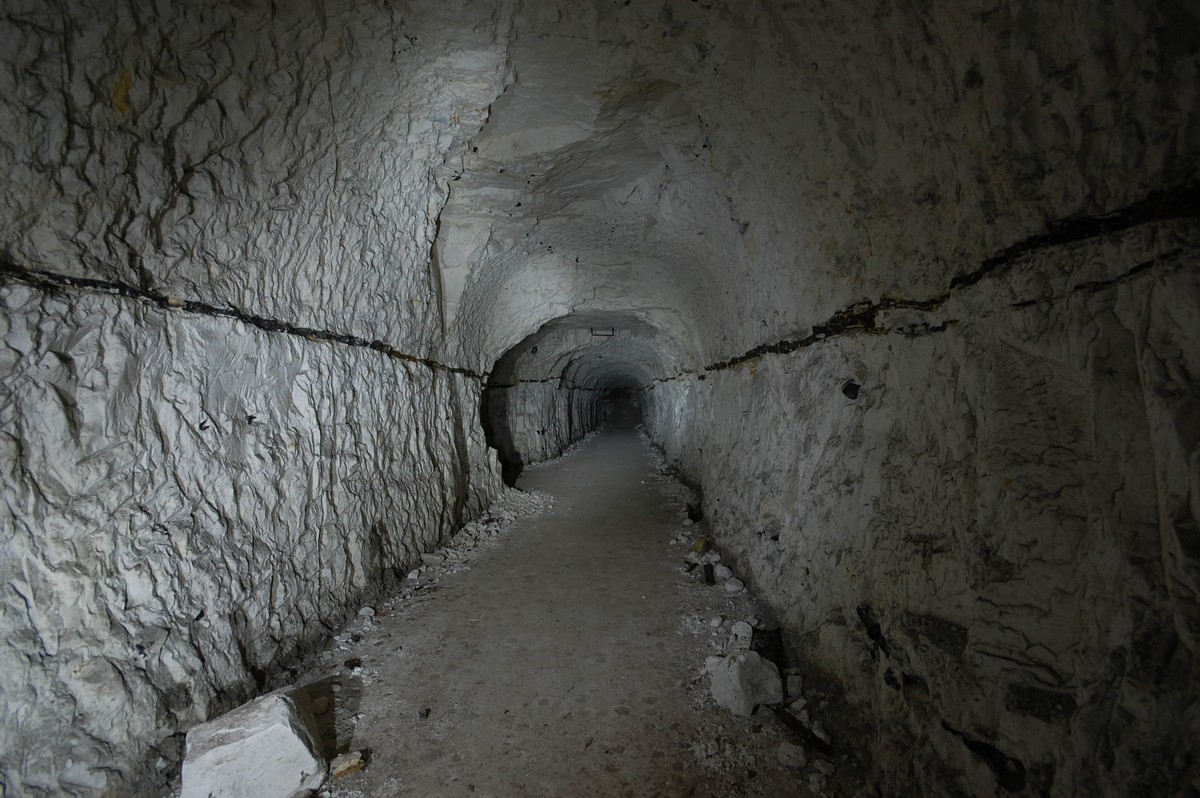 I like St Martins, the access is easy on the way in and difficult on the way out due to a step ceiling and one of the few places I thought I was going to get stuck lol. Has a cracking collapse in the middle, something I would love to go back to and get a decent photograph of. A fire at some point in the past made it hard to photograph! 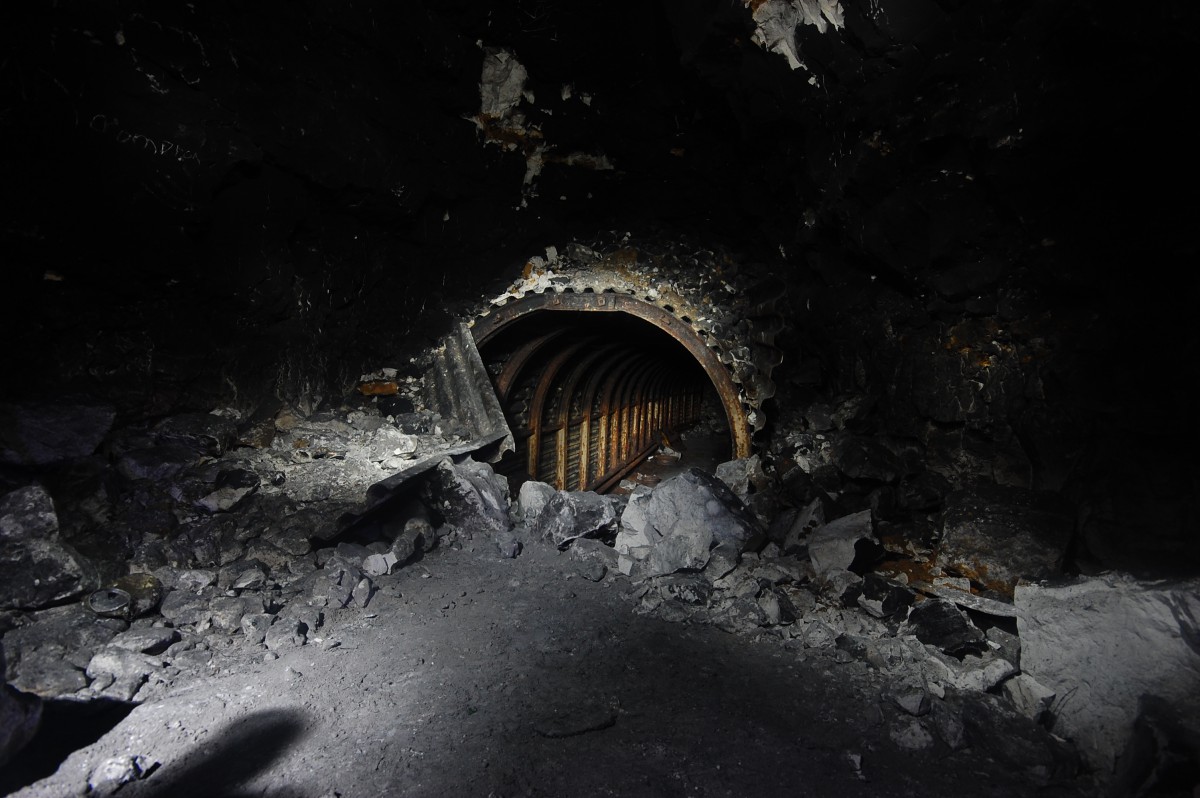 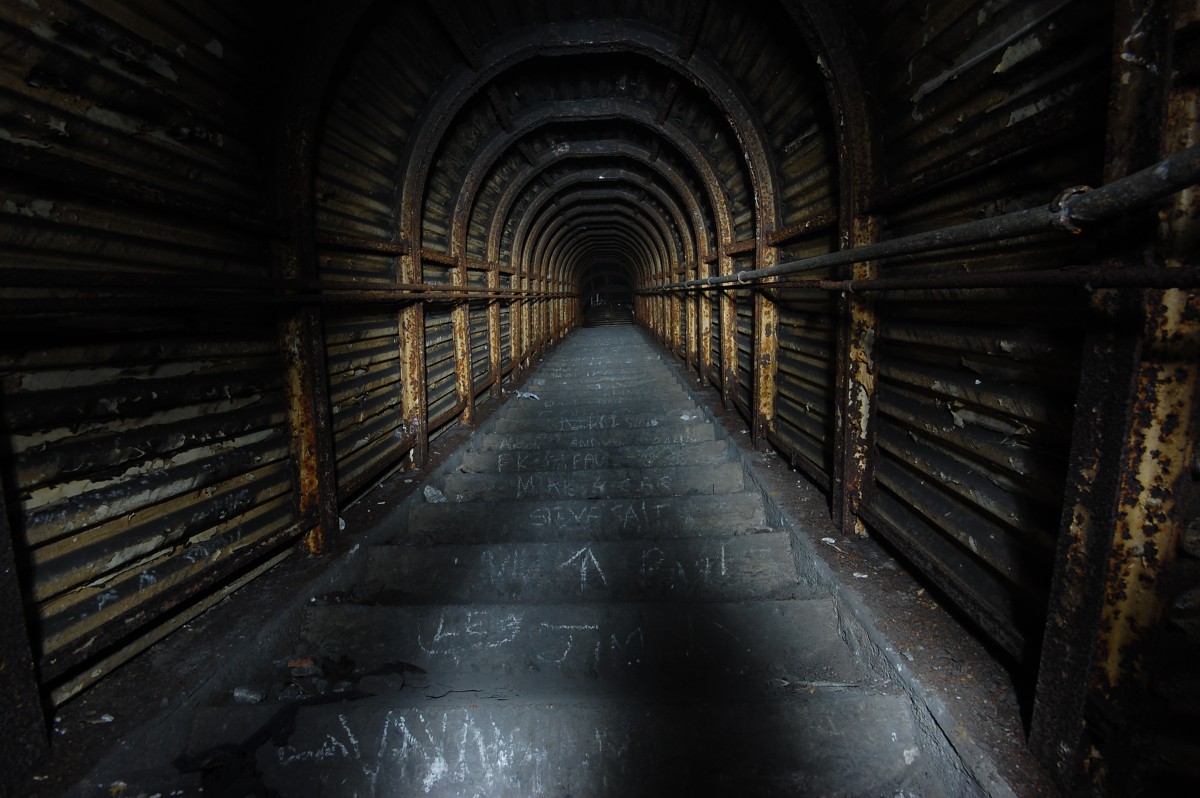 I am not sure what to say about the grand shaft, we turned up as a punt back in 2009 when we were passing through and found a way through the fence. It's always feels weird to describe your weekend as spent exploring a set of stairs.

Errrm, I can't remember much from my visit to here back in 2010 to be honest other than I found the Brickwork to be fantastic. I went back with @5PR1NK5 nearly ten years later and nothing much had changed in all honesty other than it looked like someone had swept the place! If you like old forts, it's well worth the look. 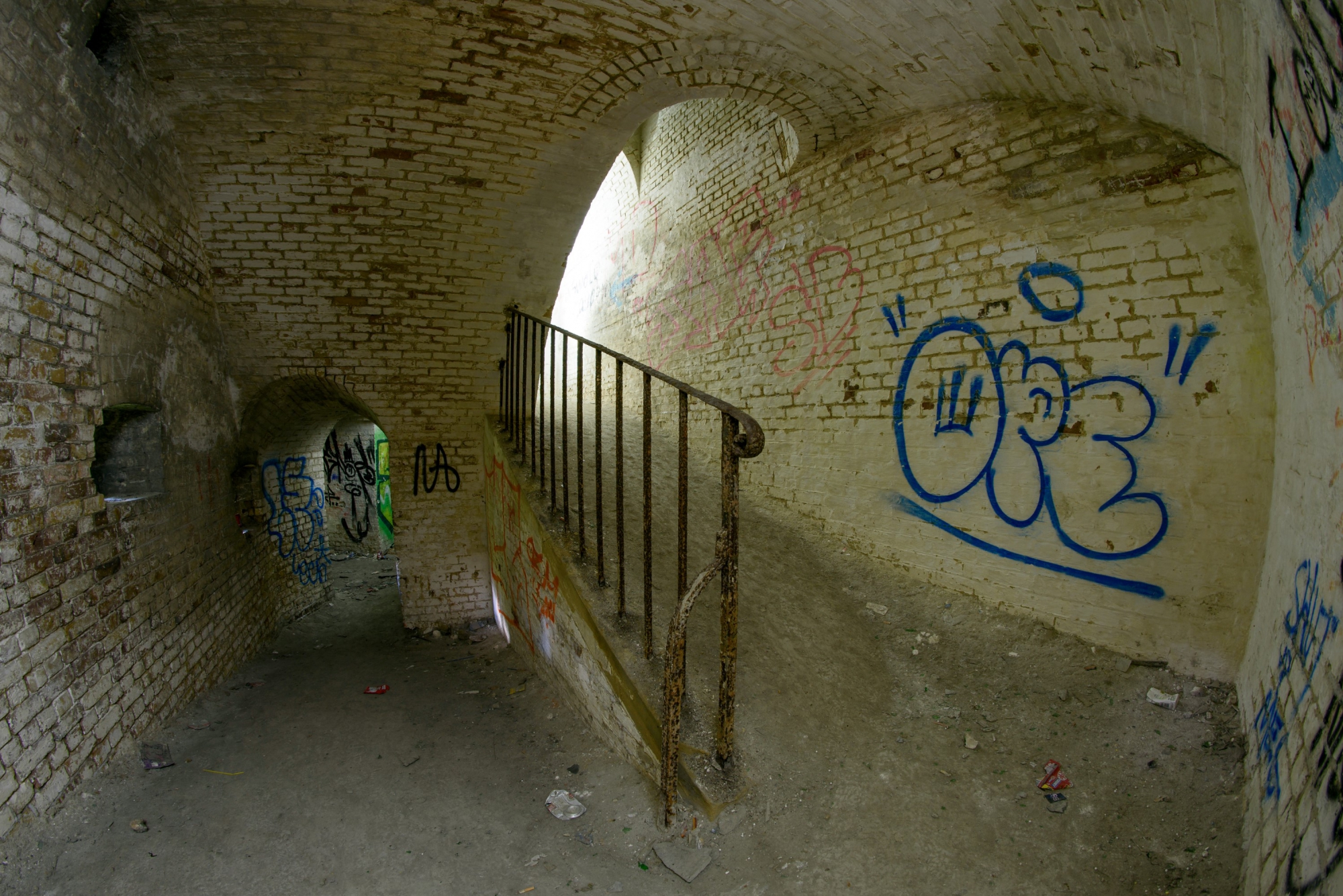 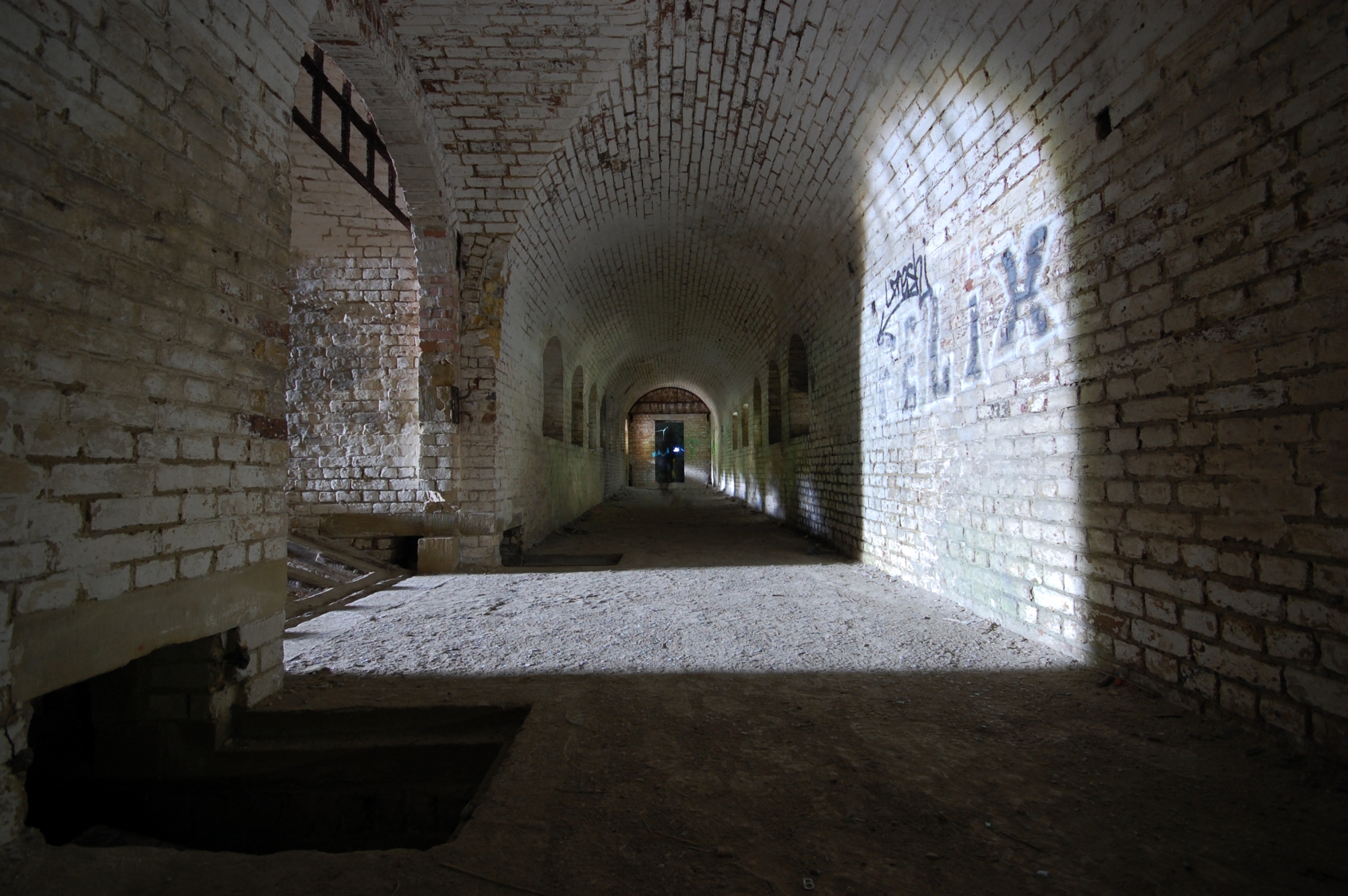 Having had a flurry of explores in Dover between 2008 / 2009, I didn't get back to Dover until 2012 when we decided that climbing / slipping into the moat of the detention centre was the correct thing to do in the rain. Another great Napoleonic fort with awesome brickwork - who doesn't like Brick - that also makes for a great place to eat lunch and have a cuppa. 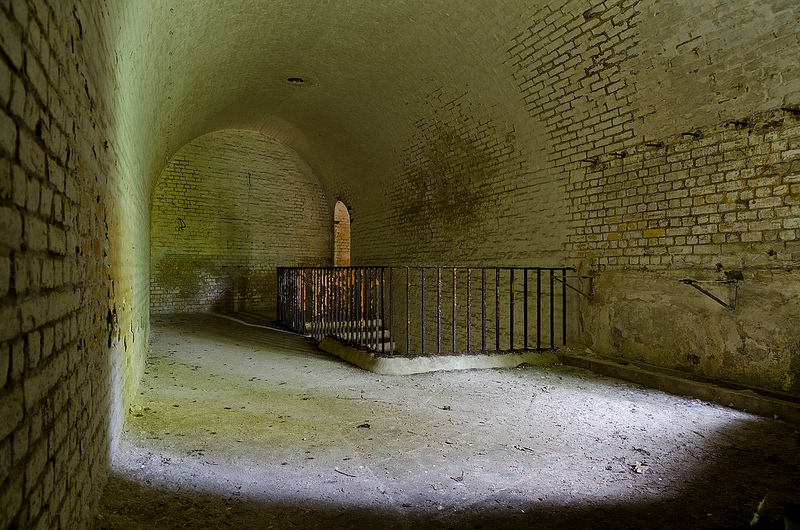 What's the worst thing you can do in the rain? Climb down a cliff front to find a deep shelter entrance, only to emerge into a torrential downpour a few hours later. Whoever hammered in the stakes is owed a beer tbh. I expect that this set of tunnels will be inaccessible soon as the cliff is slowly collapsing around it. I don't remember much else tbh. 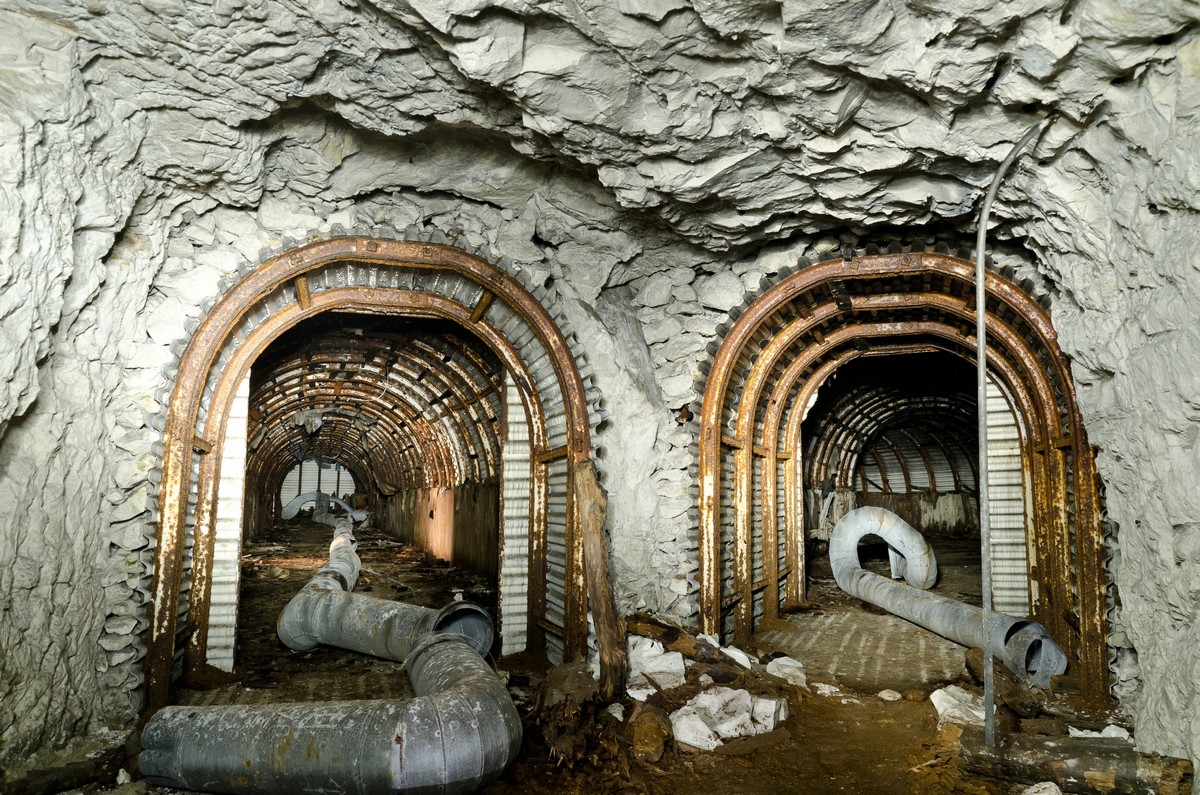 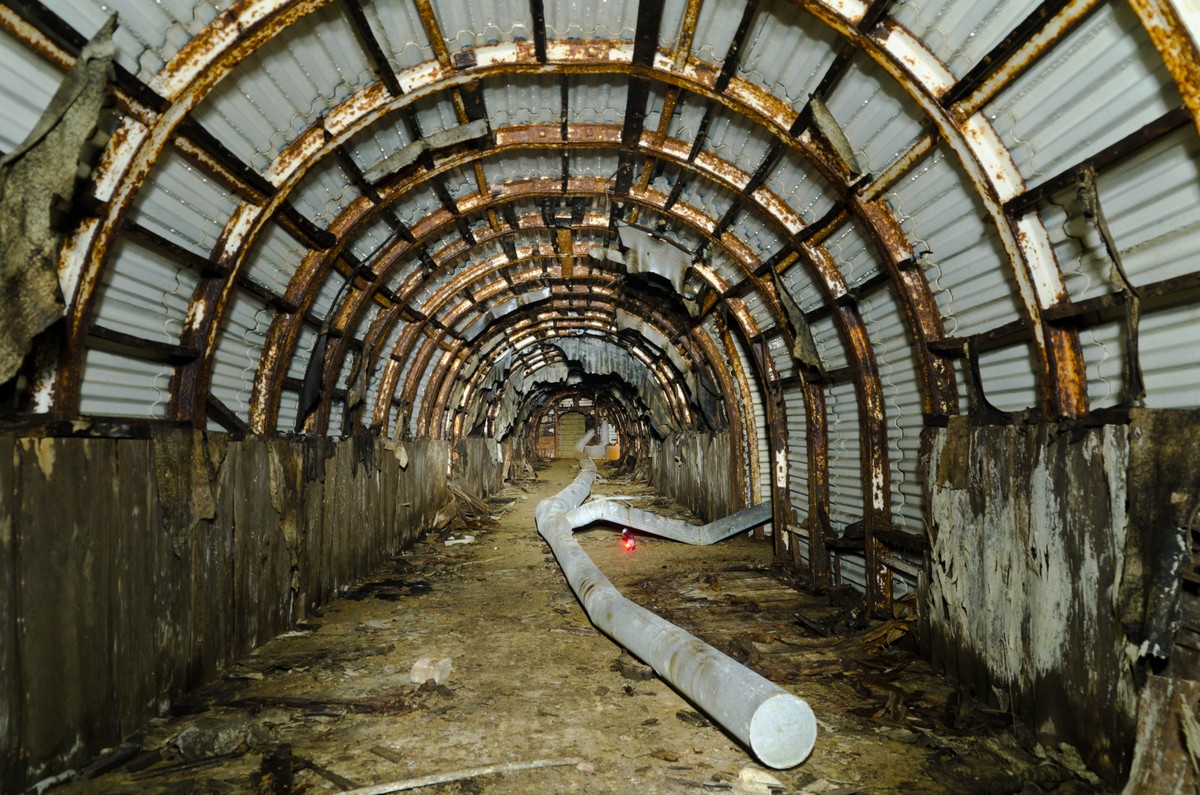 It took many more years to get back down to Dover, as the intervening time was filled with working abroad, house purchases and general life activities and I had watched the exploring world open up many more sites, such as the old Rotor Bunker, the tunnels under the Castle and a gun emplacement on the spit. I wanted to go back, so I found a spare weekend and went back. I didn't see any of the new places as they had been sealed, but I had always wanted to see Dumpy B as it was a little different from the other places I had been previously. 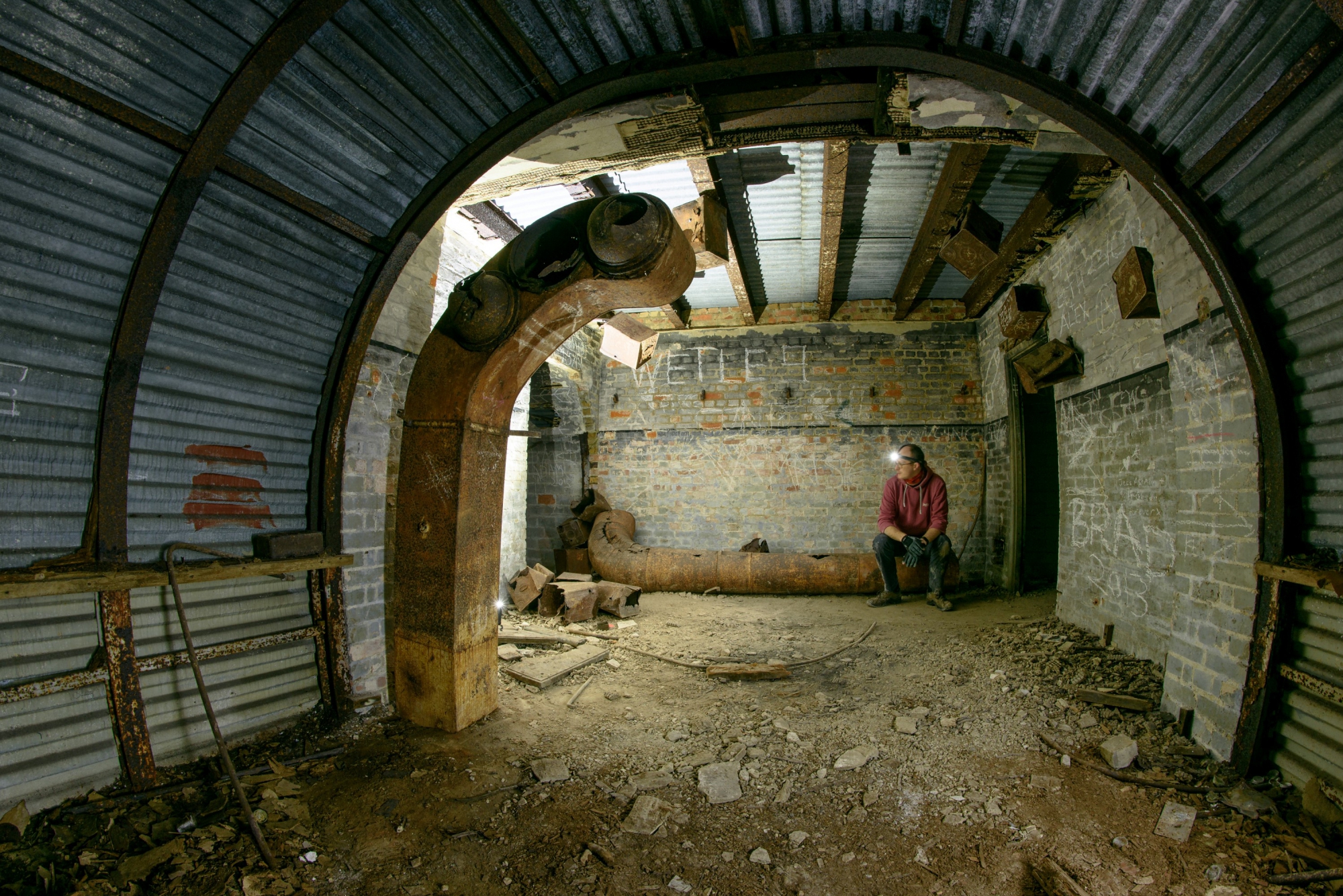 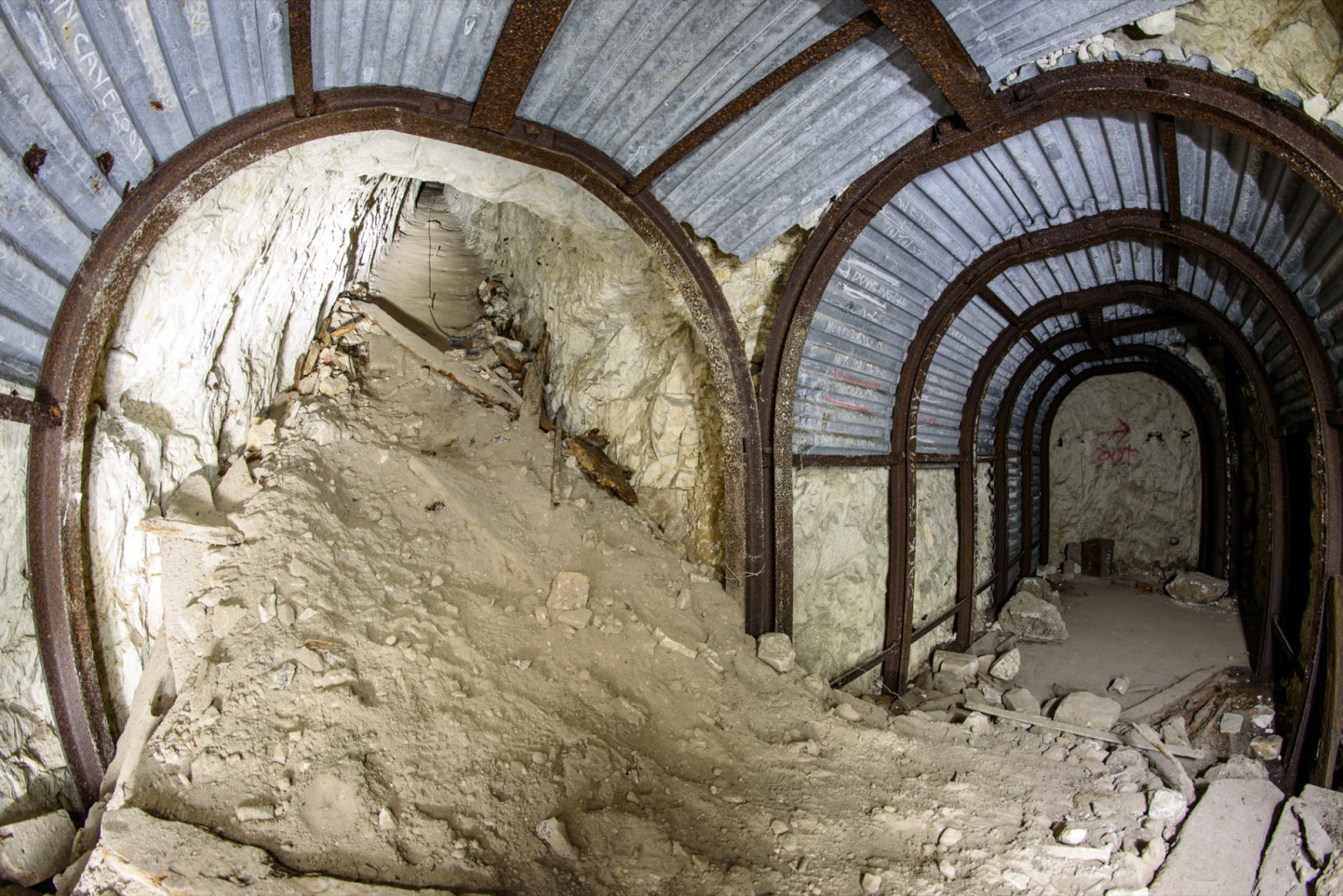 The final Dover site from me, the Dressing Station. I never knew this existed until I was looking into places to visit with @5PR1NK5 a few years back and immediately wanted to go. I was never expecting such a long entrance tunnel lol 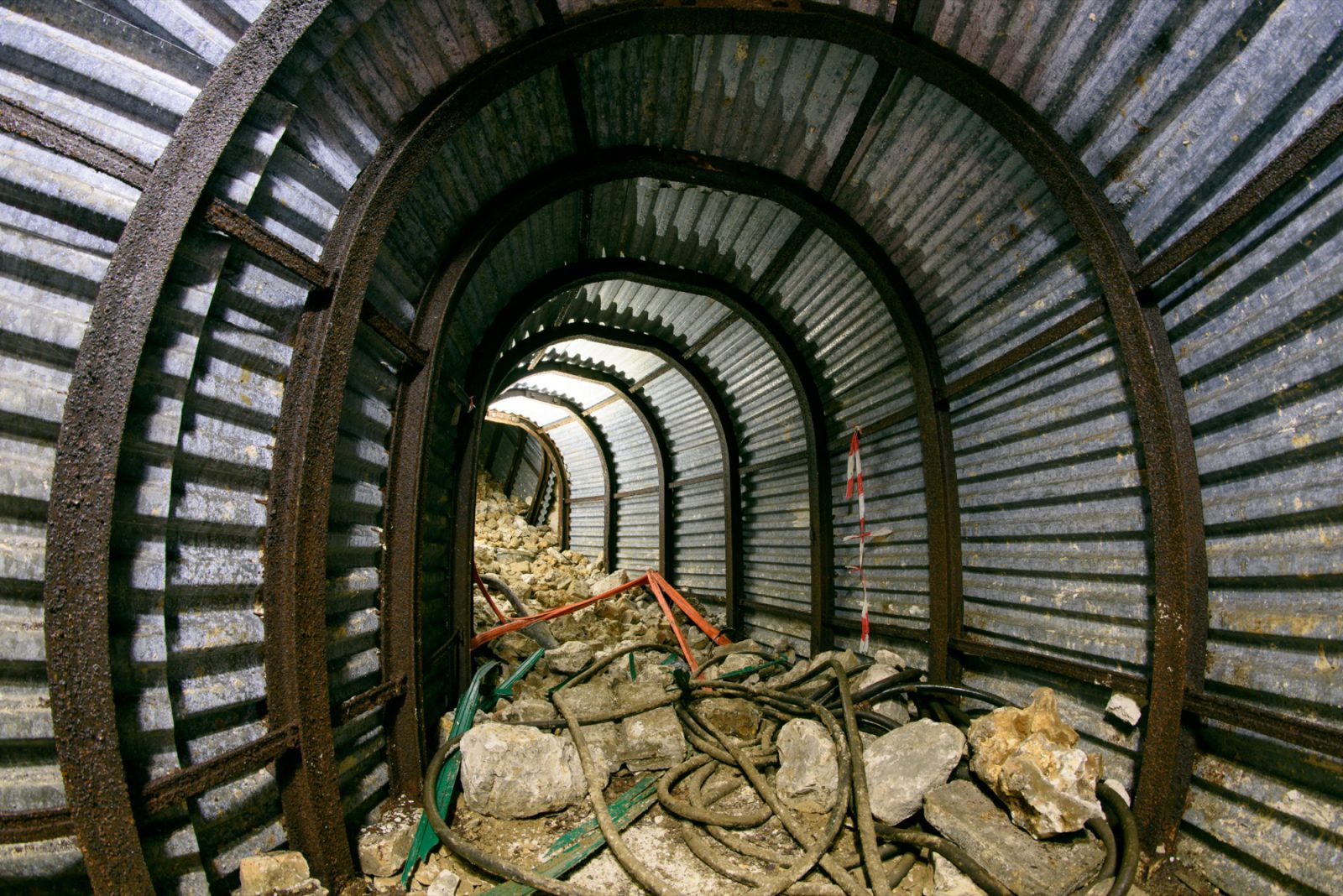 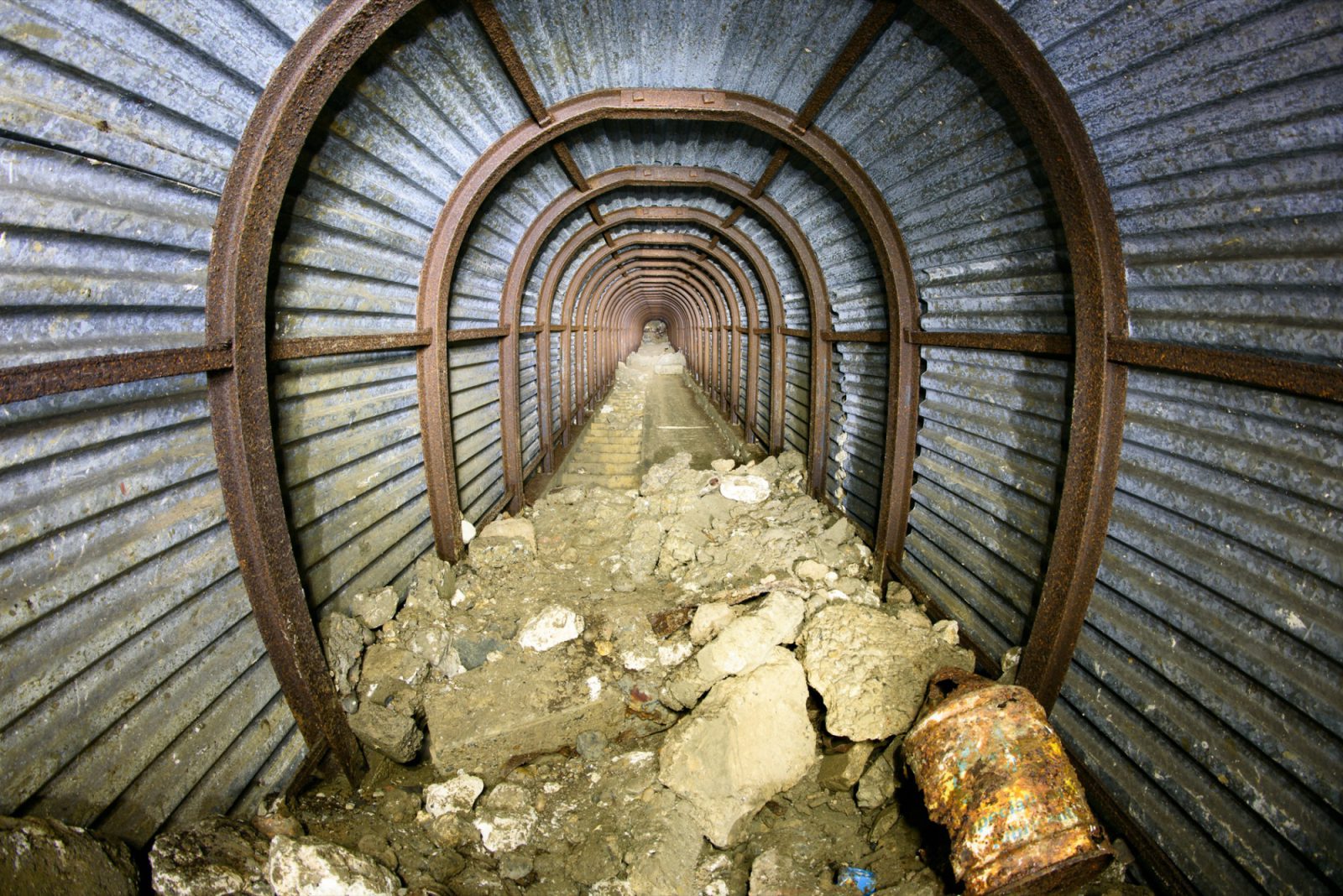 ​
That's it from me for Dover, I am sure once Lockdown is lifted i'll find myself heading down the M20 to visit again.

Regular User
Love Dover, is the place that keeps on giving

Regular User
Cracking write up ! It’s a great summary of things in Dover and all in one thread - a useful point of reference for others :)
Blurred Boundaries
'busting Bristol wide open' - Louise 2012
SERVE CHILLED, LIKE SOMERSET​

Calamity Jane said:
Love Dover, is the place that keeps on giving


Seffy said:
Cracking write up ! It’s a great summary of things in Dover and all in one thread - a useful point of reference for others :)
Click to expand...

Cheers mate, there are probably still a dozen sites to visit down there!

TheTimeChamber said:
Cheers mate, there are probably still a dozen sites to visit down there!
Click to expand...

Regular User
spot on mate. So much to see down this way. That's a nice collection of locations.
Glory is fleeting, but obscurity is forever - Napoleon Bonaparte

Seffy said:
Still need to spend a few days over there myself truth be told!
Click to expand...

Do it, well worth the day down there!


obscurity said:
spot on mate. So much to see down this way. That's a nice collection of locations.
Click to expand...

Cheers - there sure is, and I think between you and a few others you have seen it all!

28DL Full Member
Great report and set of images mate, that was a cracking little day out in Dover. Hope you are well? Will have to catch up and head out for a mooch with you and Ed once lockdown is over!

5PR1NK5 said:
Great report and set of images mate, that was a cracking little day out in Dover. Hope you are well? Will have to catch up and head out for a mooch with you and Ed once lockdown is over!

Yes mate, that was a fun day! I am well thank, hope you both are now too? See you when this is all over

28DL Full Member
Brilliant report - headed this way tomorrow so may well have a mooch!

28DL Full Member
Remember one of my first exploring trips armed with a pound land torch and a rucksack full of beer searching for the hole leading into fanbay. Did the same and found the mags
You must log in or register to reply here.
Share:
Facebook Twitter Reddit Pinterest Tumblr WhatsApp Email Link