28DL Full Member
"Awake dude?", I woke up at nine thirty with a text from ex0.

"Just!" was all I could manage in return, but I knew I had to get up as we had a trip planned.

After a shit two days - I won't go into details, aside from the night before was almost completely full of fail - I needed to get out and take some photos

Within forty five minutes I was up and out the house. We met up and quickly swung by a shop in Birkenhead so I could return an unwanted gift, then headed off to Conway Park station to start our journey to Stockport. As we hit Manchester the temperature was already quite high, at 22Â°C. We made good time on the way, despite a rail replacement bus because of an over run with some engineering works. Ah well! It gave me a different view of Manchester after only traveling through it on the train.

Once deposited by the coach at the train station, we made our way to the site via the local convenience store. We needed food and drink, drink mainly, as the temperature was continuing to rise! Once loaded with supplies we moved on, like vampires, we stuck to any available shade to keep out of the sun. I swear it was out to kill me!

Finding the site wasn't a problem as I'd made an unsuccessful trip previously and access to the site was no problem as I had good intel from my previous trip; getting in to the building was a bugger and more of a challenge than I understand it has been! Sufficed to say, we made it! But not after having dinner and drinks

On 17th September 2008 the plant went up in flames, with the fire believed to have originated in an extraction system.

Since the fire the company has pulled out of Stockport, with no mention of the Stockport operation on their site. There has been a planning application granted for a change of use from B2 General Industrial to B8 Storage and Warehousing, dating from July 2009. From what I can tell, permission was granted in September 2009. This planning permission has a life of three years, with the two year mark rapidly approaching, will it see it's use changed? Or, indeed, will it be used again? 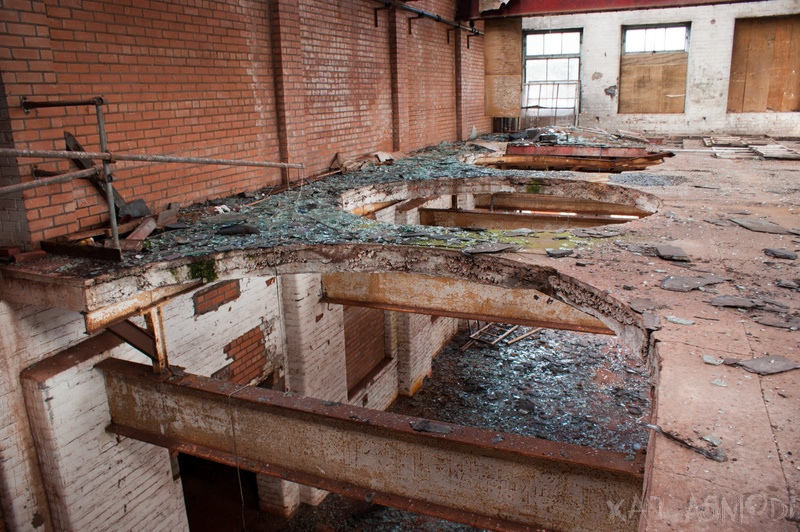 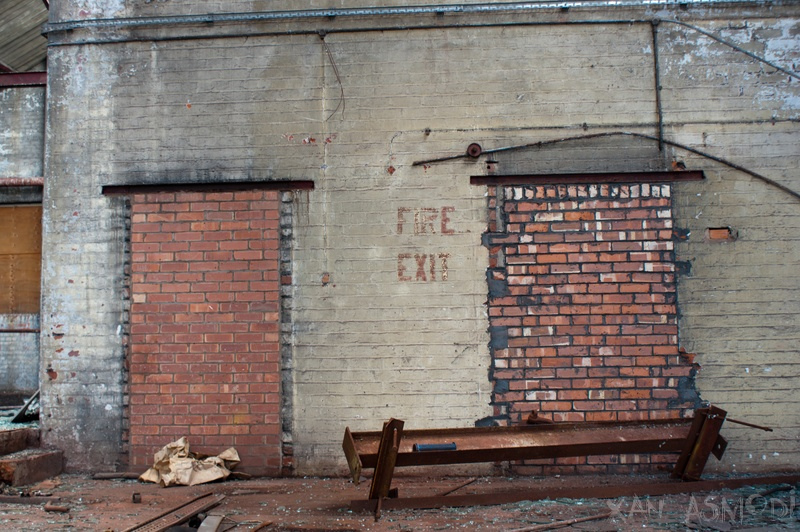 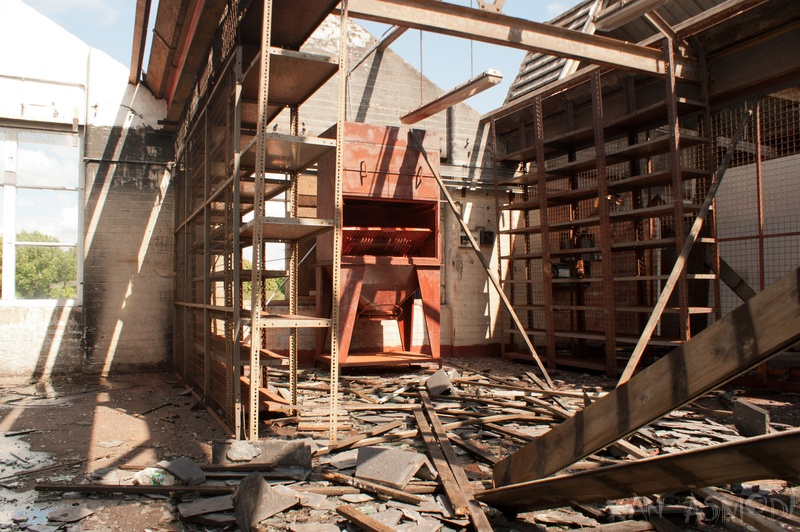 [4]
The conical flasks seem to have been smashed, or wandered off 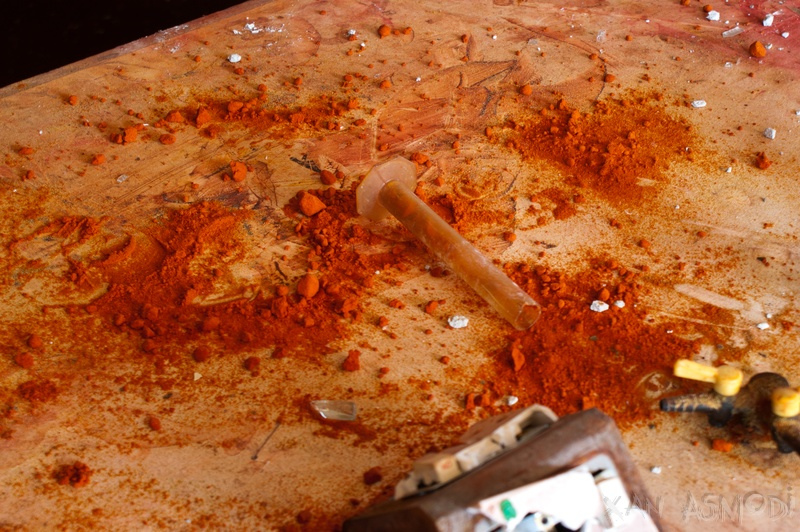 [5]
Aside from the intruding tripod leg, this is probably my second favourite pic 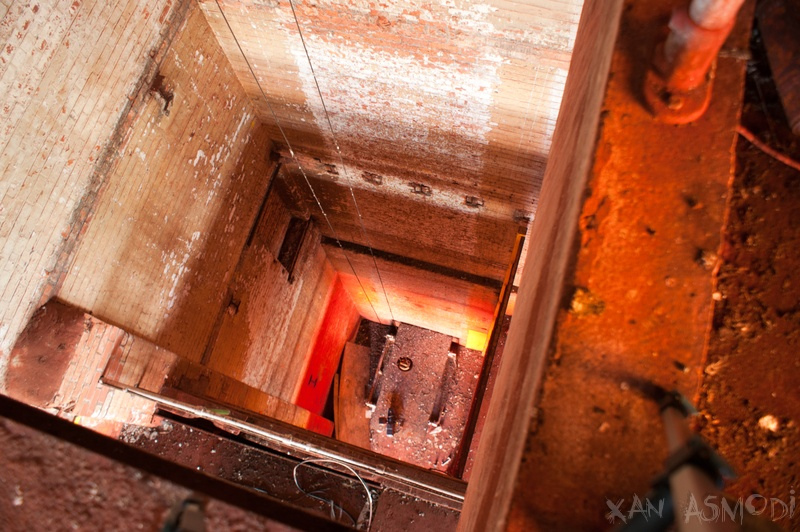 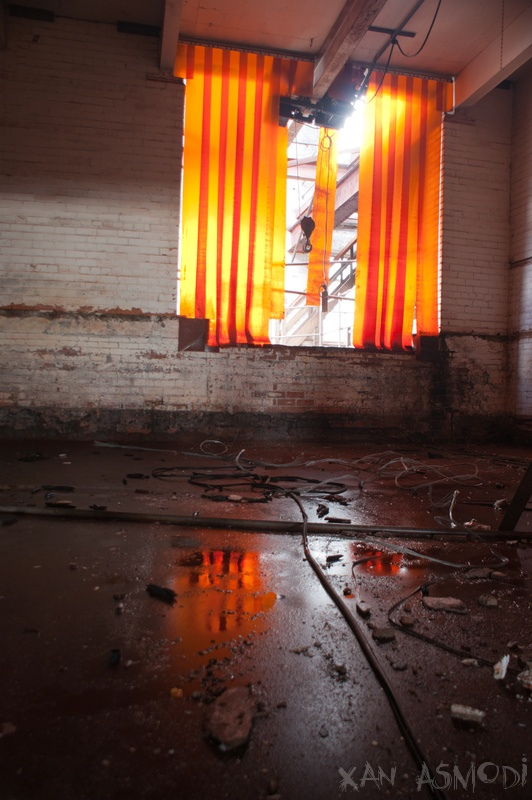 [7]
This is probably my favourite 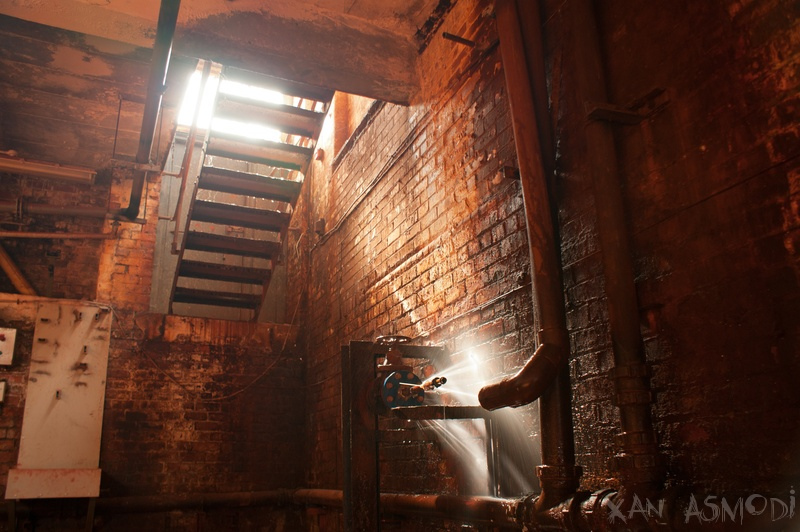 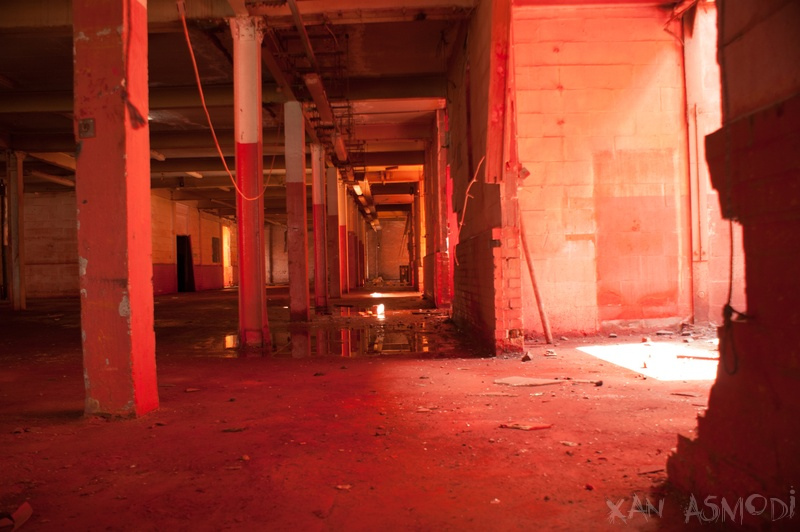 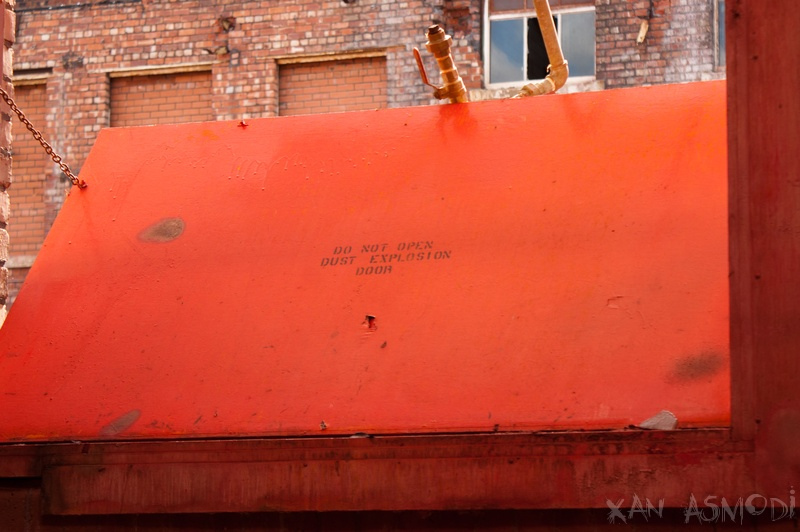 [10]
I assume this is where the missing roof should be. 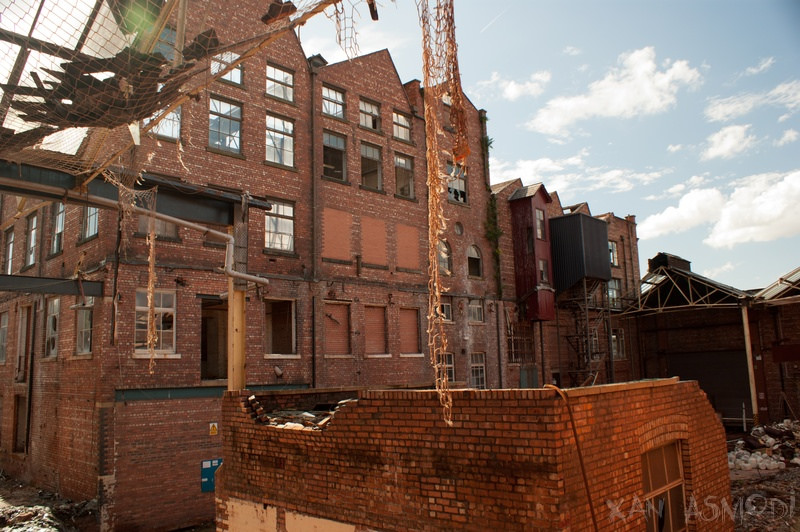 ​
All in all, we spent two and a half hours in there. I could have been much longer except we had other places we wanted to see, but that's a whole other report.

Thanks for reading. My pictures don't do this place justice, hopefully ex0's will. When he gets them up! There are more photos available on my blog - here or my Flickr.