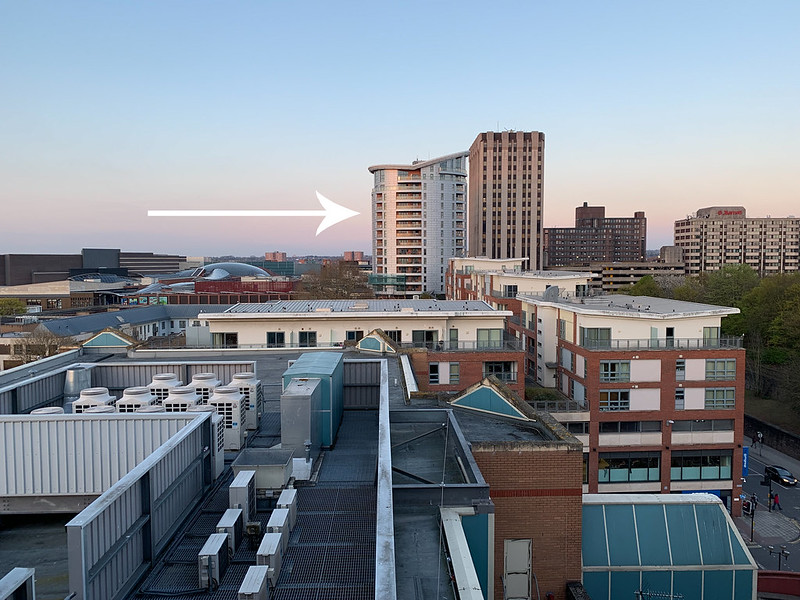 The building as seen from the Galleries multi-storey car park

This building is offically called Eclipse, but to lots of Bristolians it's known as the Harvey Nichols building/tower. It's highly recognisable and forms part of the Cabot Circus/Quakers Friars shopping complex which is the largest in the South West.

Construction started on the tower in 2005. It was completed in 2007 when it opened to residents, with the adjoining shopping centre opening in September 2008. A few members on here climbed the cranes building the shopping centre - see @Oxygen Thief 's report on it here. Eclipse sits at a height of 65m, with 17 floors. This is the same height as the spire at Christ Church in Clifton, Bristol. It takes the spot of number 5 on the tallest buildings list as of March 2020.

To anyone who is familiar with all that goes on on YouTube, this tower may look familiar... done by Ally Law and co. back in October 2017 and ended badly. They got apprehended in the foyer at the bottom of the building, detained and then arrested. The following day, they hit the roof of the main shopping cetnre - Cabot Circus - which again ended in a rather impressive escape only to be arrested. Well, two of them got arrested but the one that lived in Bristol got away as he knew where to run to naturally.

Safe to say this was embarrassing for the shopping centre! Six months later Hammerson, who own Cabot Circus and other centres such as High Cross and Brent Cross, applied for an injunction against trespassing. It was granted, and ever since these signs have been dotted around the complex, including at the entrance to Eclipse Tower. 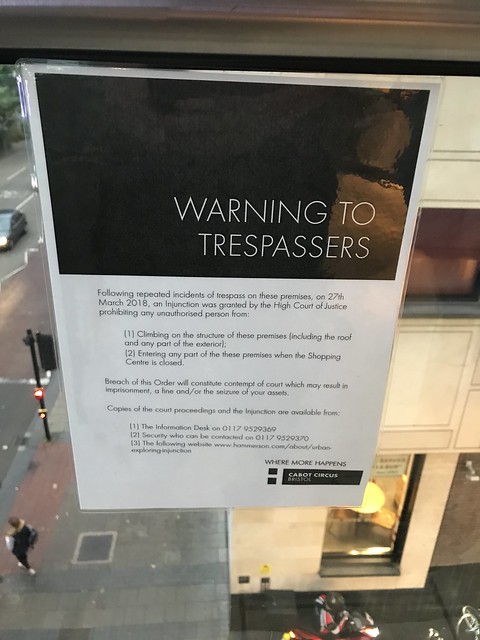 So that was that - we never bothered looking at this one again. That didn't stop some local lads giving it a shot the following year. They successfully got onto the roof of the shopping centre and away, but still talk about playing with fire! To those in authority reading this - these photos were taken a year before the injunction was introduced 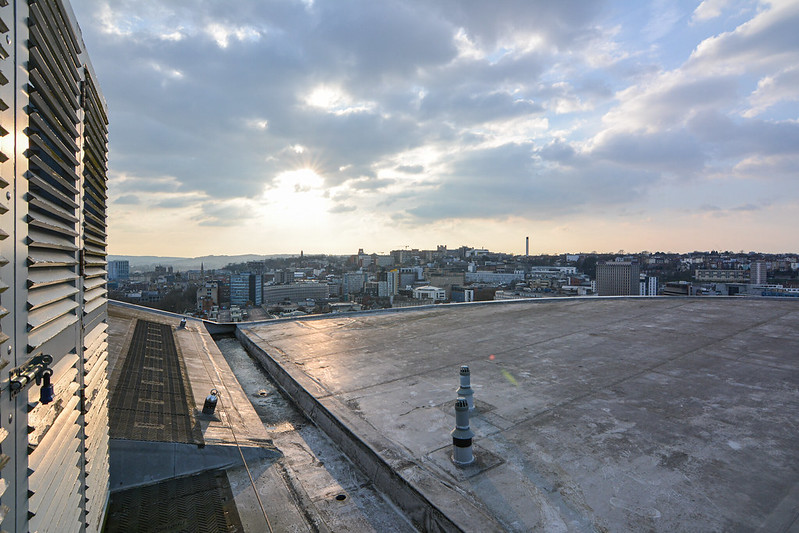 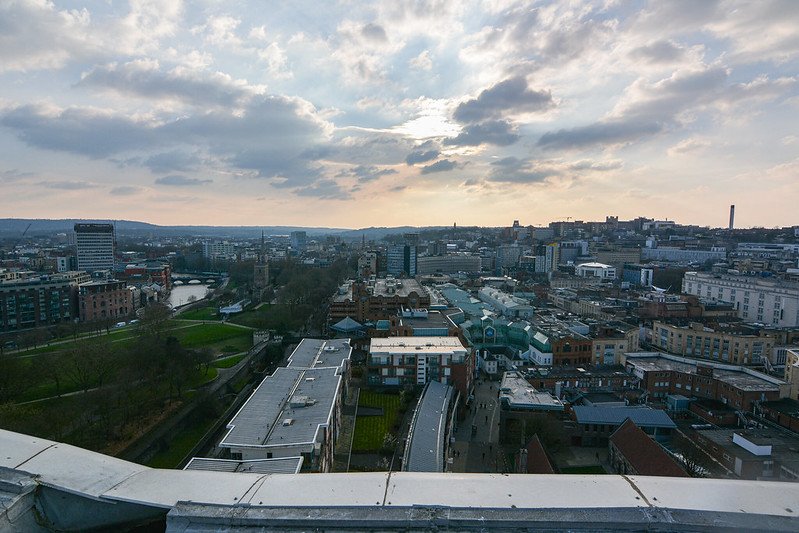 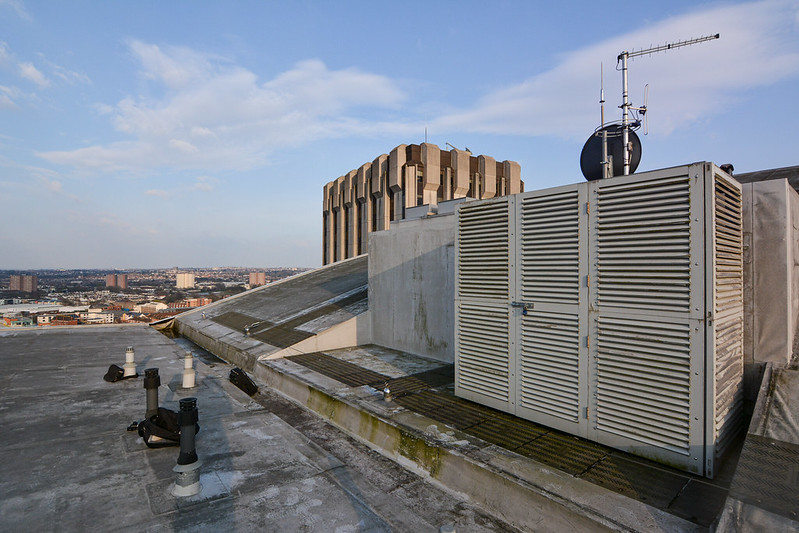 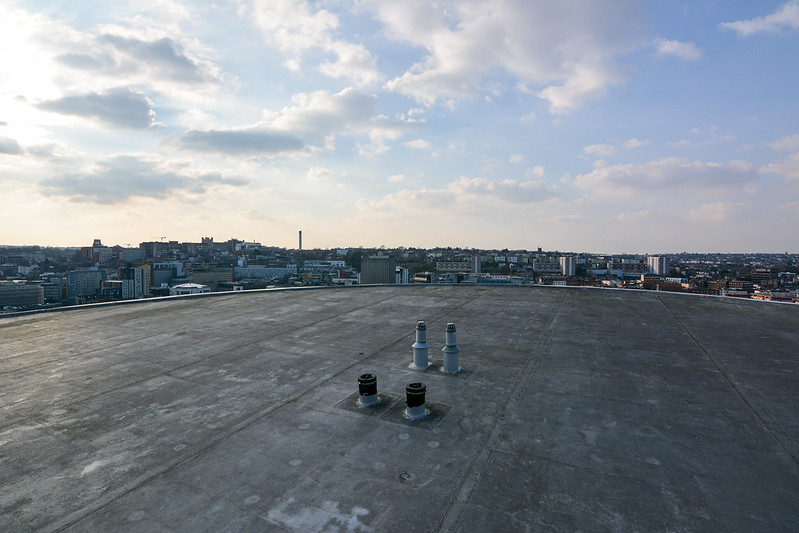 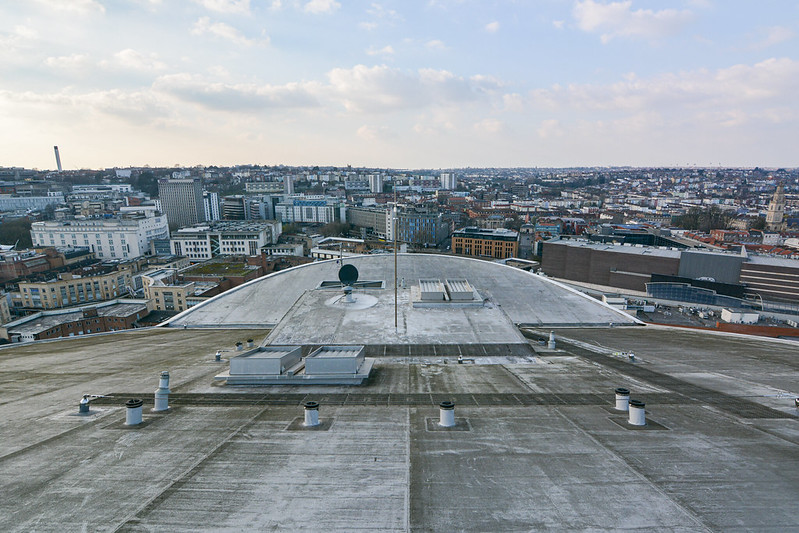 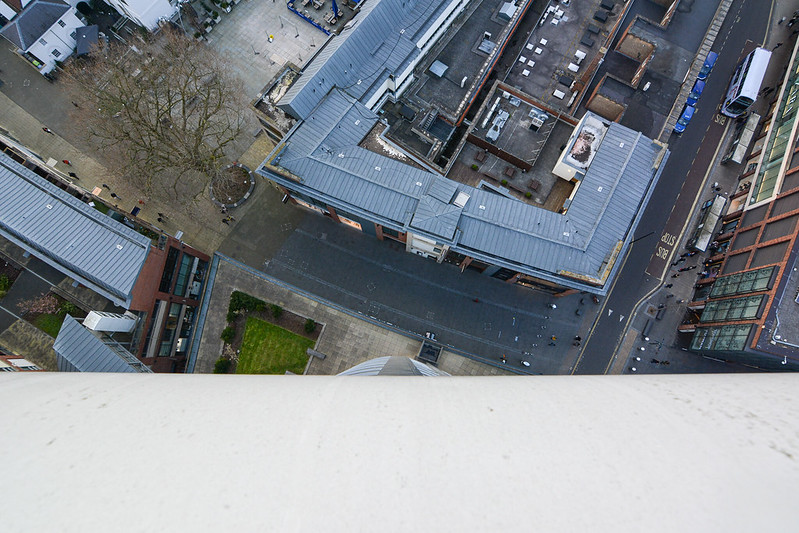 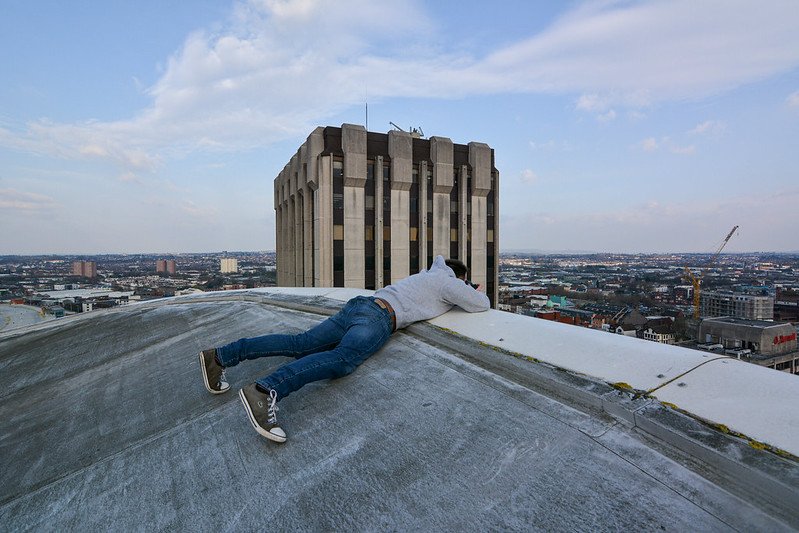 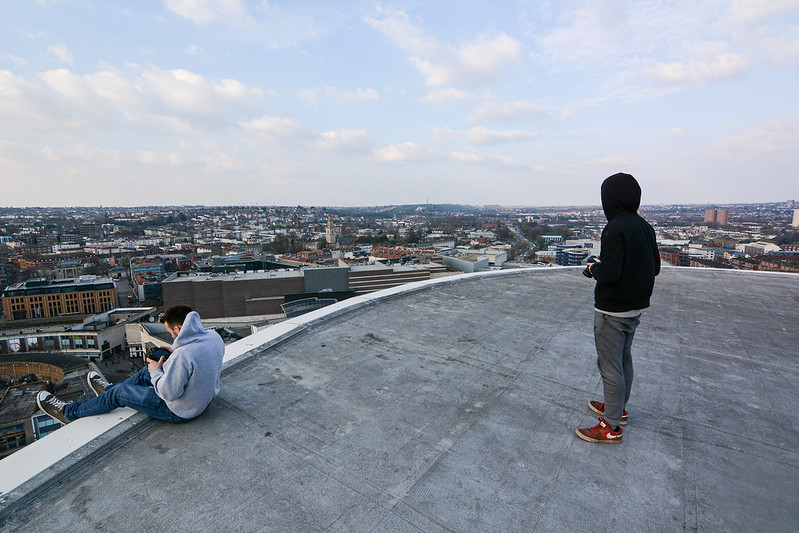 Cabot Circus is clearly seen in this photo (from my phone) 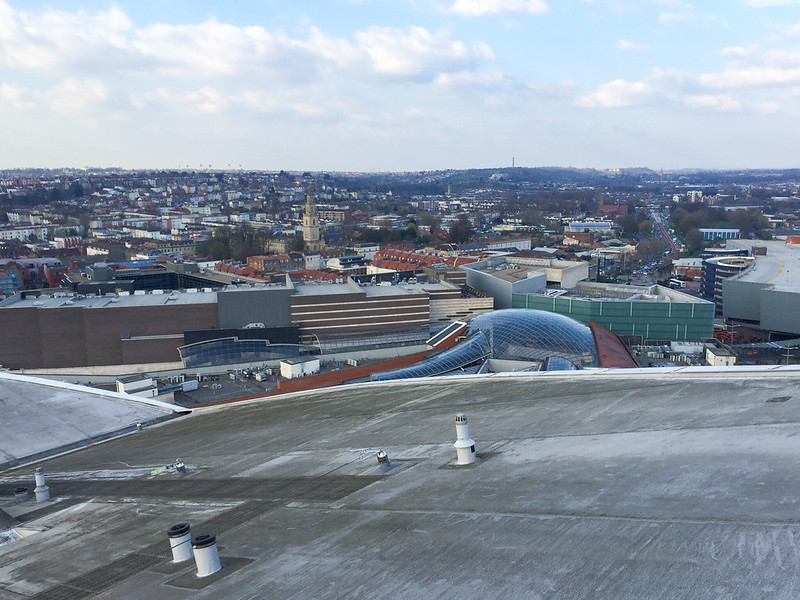 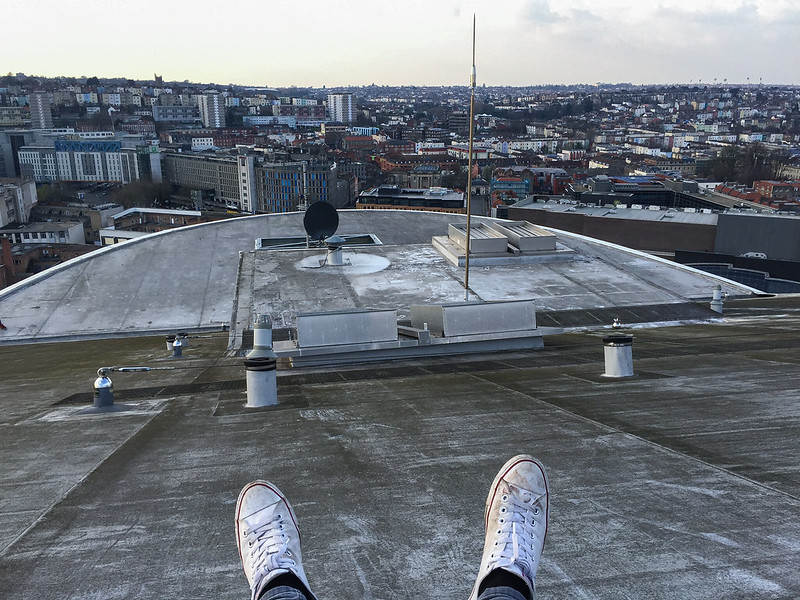 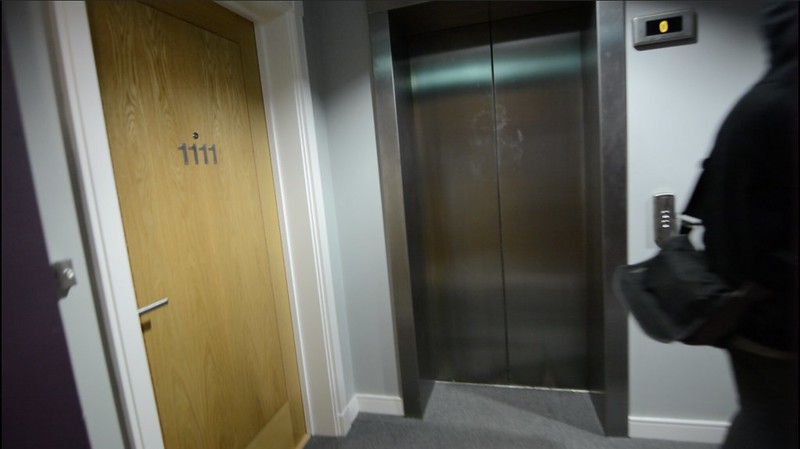 Regular User
Looks like some nice views from up there, good shots!

Injunction is a shitter, only going to be more widespread if things carry on the way they have been.
http://www.ravenwing93.co.uk

Regular User
Great photos mate. Windy up there but great to get it done
www.strayoffthepath.co.uk

raisinwing said:
Looks like some nice views from up there, good shots!

Injunction is a shitter, only going to be more widespread if things carry on the way they have been.
Click to expand...