This warehouse, outlined in red on the 1950 map below, is one of the last bits of undocumented wreckage in the Canada Dock area. 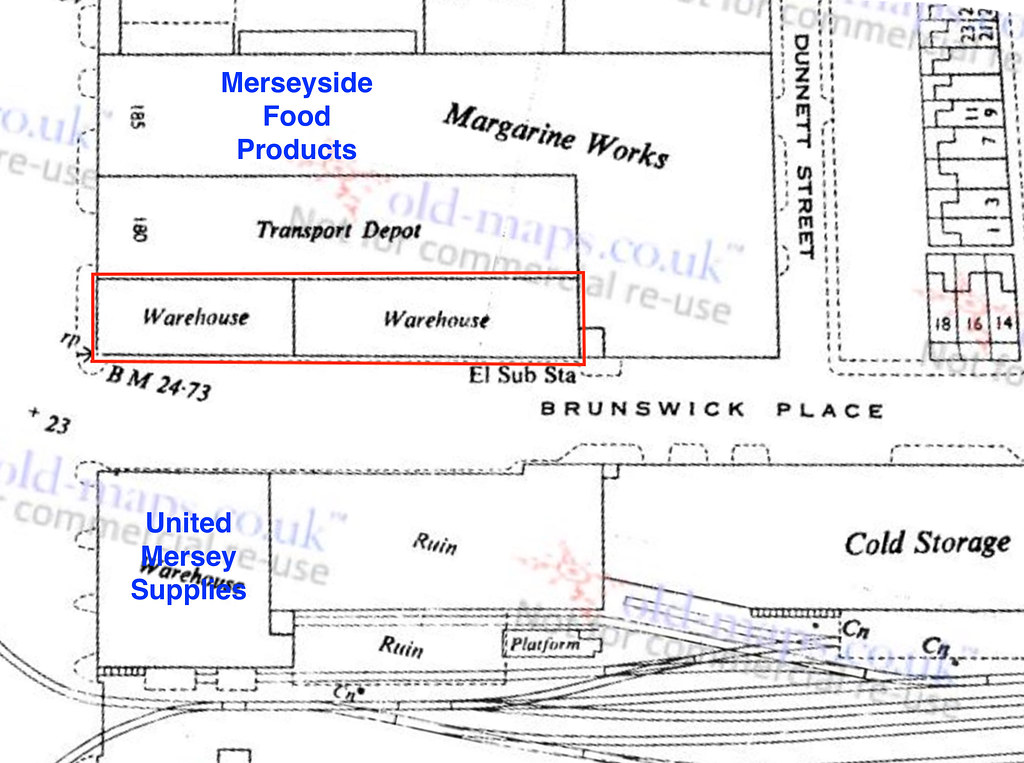 Older maps show an ‘engine works’ appearing in this location between 1851 and 1891, one of many on the docks.

It’s separated from Merseyside Food Products by a transport depot, now a roofless yard, and over the road is United Mersey Supplies.

Both of these are well known, and very grotty, explores.

I had a brief look at the engine works place about 2 years ago but the few rooms I could get into didn’t look promising.

However having found an ‘exciting’ hydraulic jigger (water-powered hoist) in the attic on a recent revisit to United Mersey Supplies, I decided to have another go - with five loading bays it could have five hoists.

A couple of externals - as the map indicates it’s two buildings joined end to end. From the chopped up facade it looks like they were first constructed as engine sheds with arches, then turned into warehouses.

Judging by old aerial photos, the right-hand building originally had a pitched roof which was converted to a flat one in about 1950, and a lift tower added.

Another photo (1920) seems to show the bricked up arch at the front with ‘engine works’ over it partially open. Inside, the buildings are mostly fireproof, but the one on the left still has some wooden floors and roof beams. 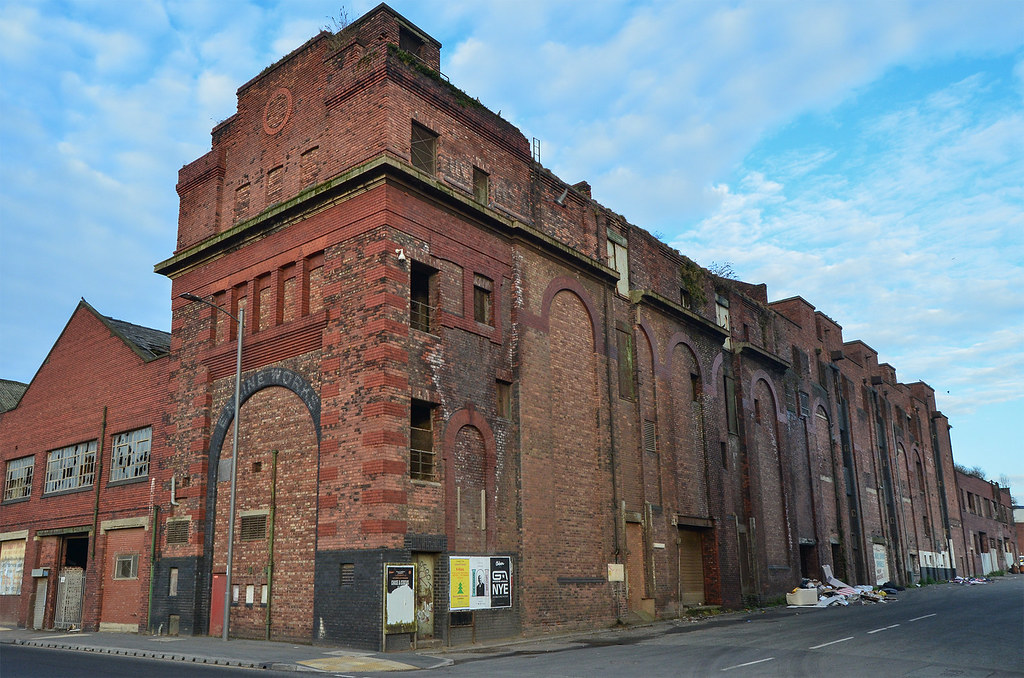 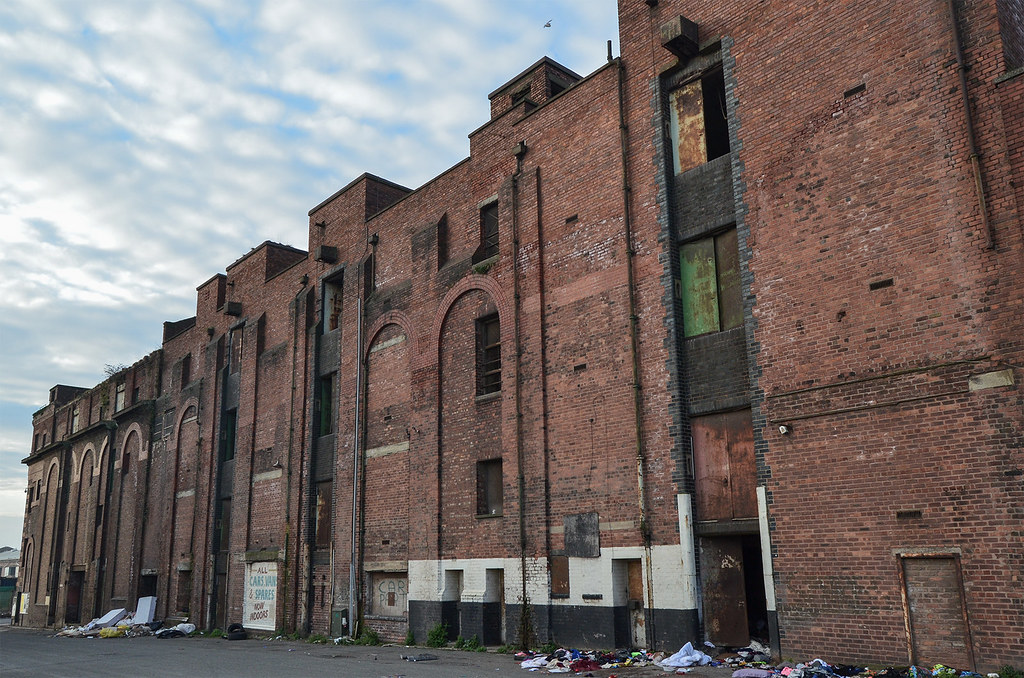 The loading bay ironwork says ‘The Sandon Motor & Engineering Co Ltd’ and this may well have been their Liverpool base - Sandon Dock, now built over, was just down the road.

This company ran a large fleet of steam wagons for The Liverpool Warehousing Company, one of the main warehouse keepers at the time.

I’m pretty sure I’ve seen the same Sandon Motor logo on the Victoria warehouse near Trafford Park in Manchester (the one with the large Liverpool Warehousing sign). 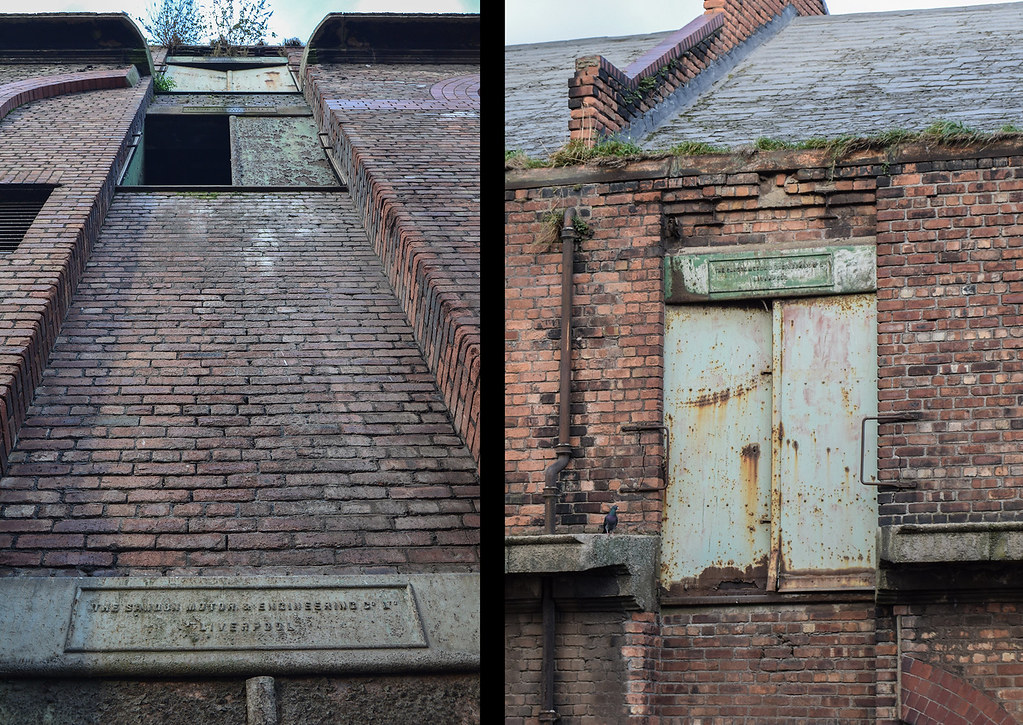 There is a post on here supposedly about this place, but the internal pictures are all from the lab section of Merseyside Food Products next door https://www.28dayslater.co.uk/threads/former-sandon-motor-engineering-company-liverpool-march-2010.48020/

Another post does actually show part of the inside, https://www.28dayslater.co.uk/threads/liverpool-docks.111238/, but mainly the ground floor of the right-hand building.

This was a car parts place that had a fire, and opens and closes quite regularly - nothing in here except sooty rubbish.

These days this area and the road in front and yard behind are used for fly-tipping.

The ground floor of the left building is still double height and seems to have been last used as another auto parts place in the mid 1990s, operating out of a portacabin. 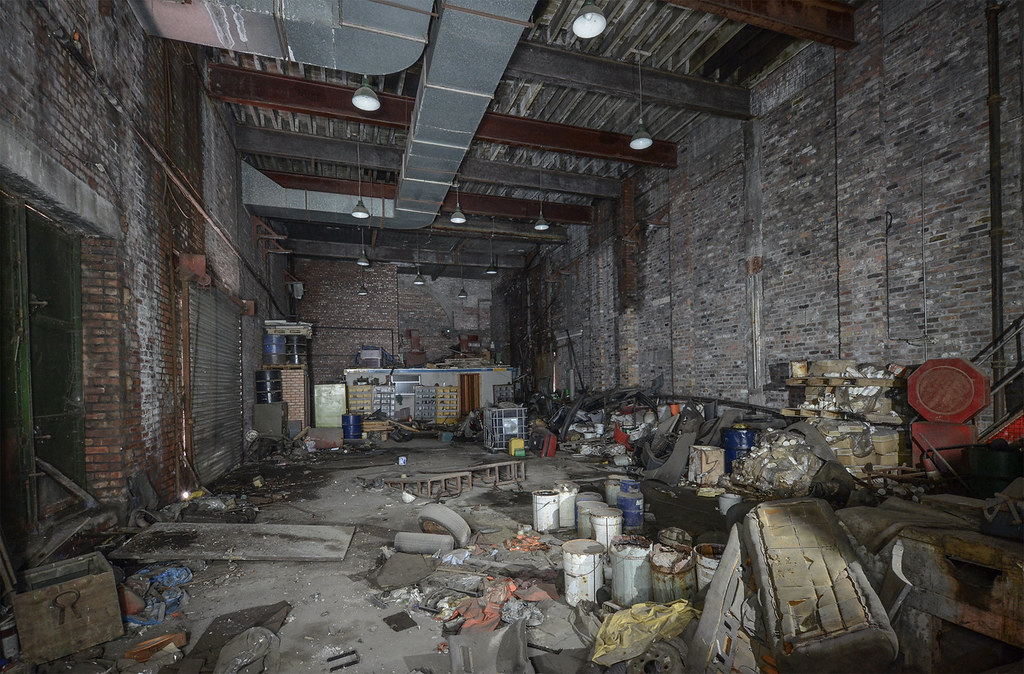 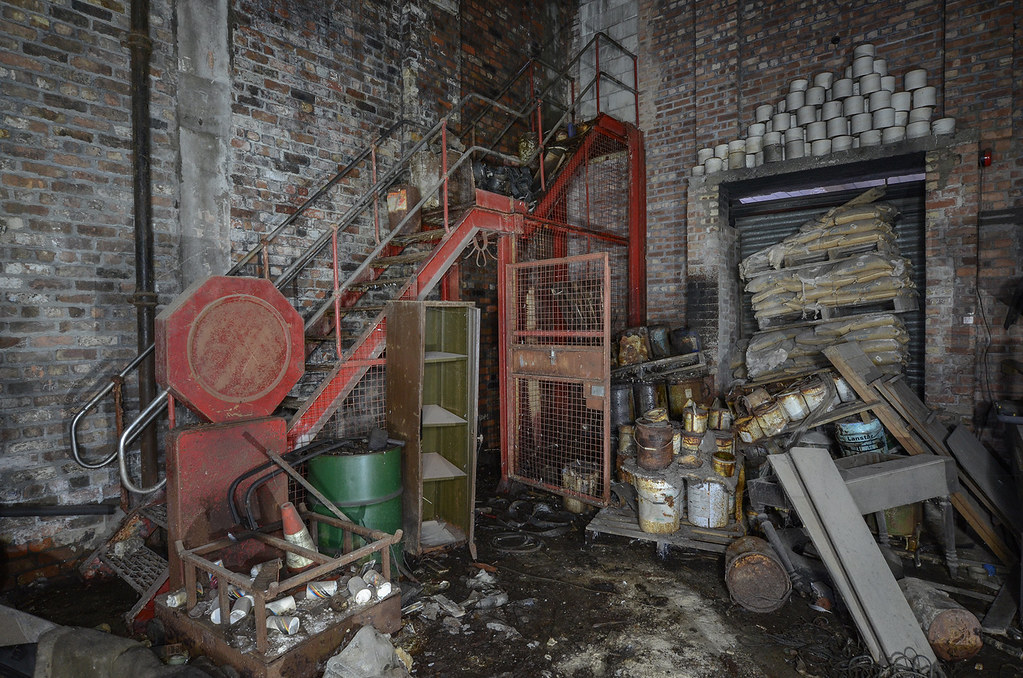 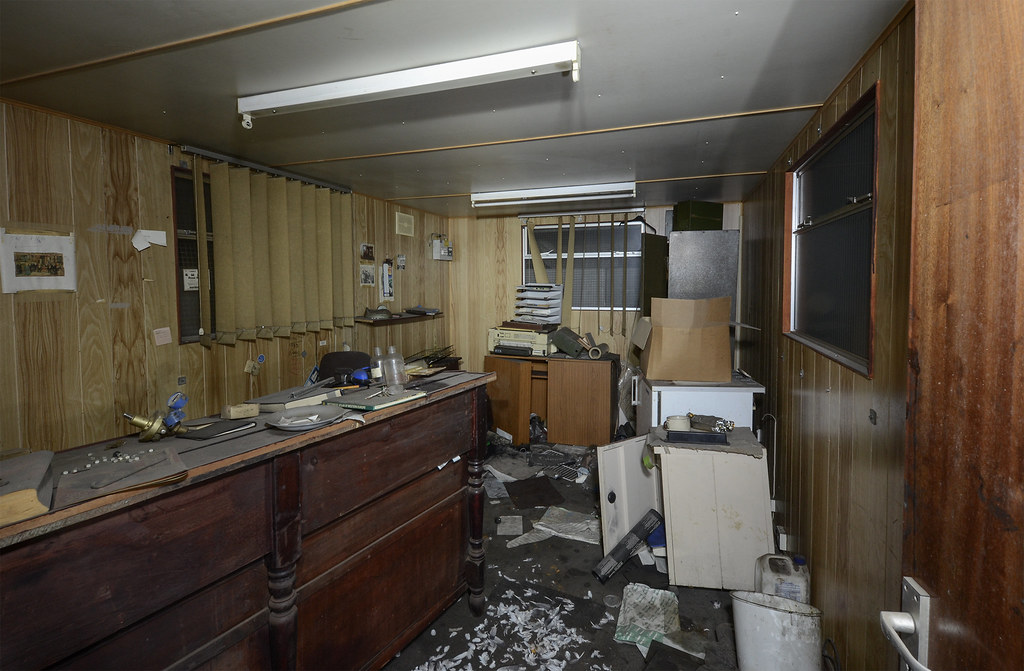 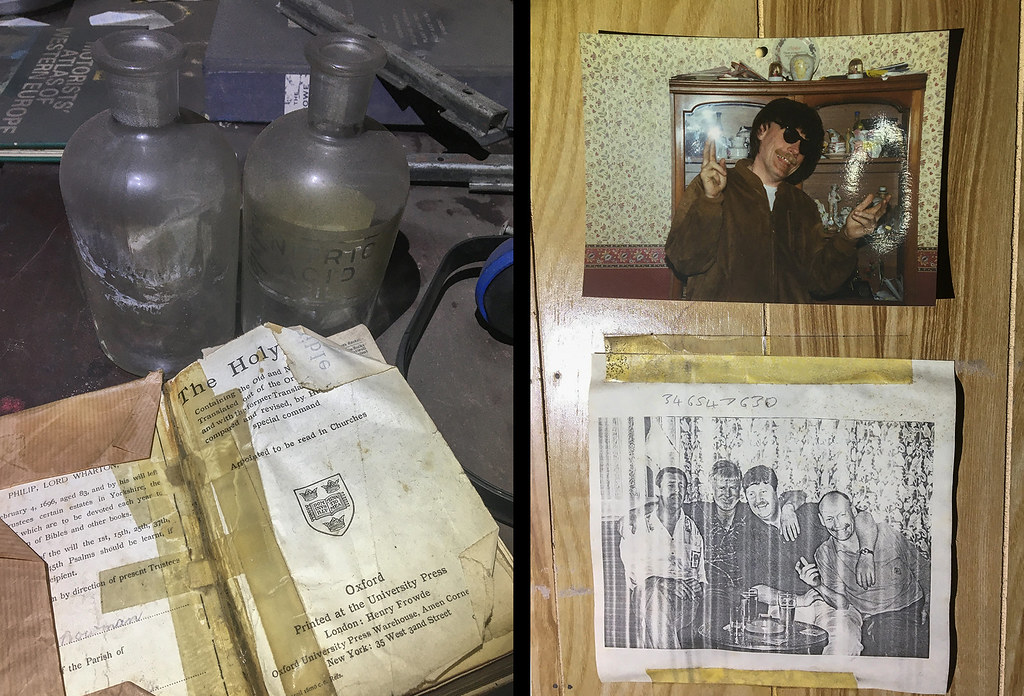 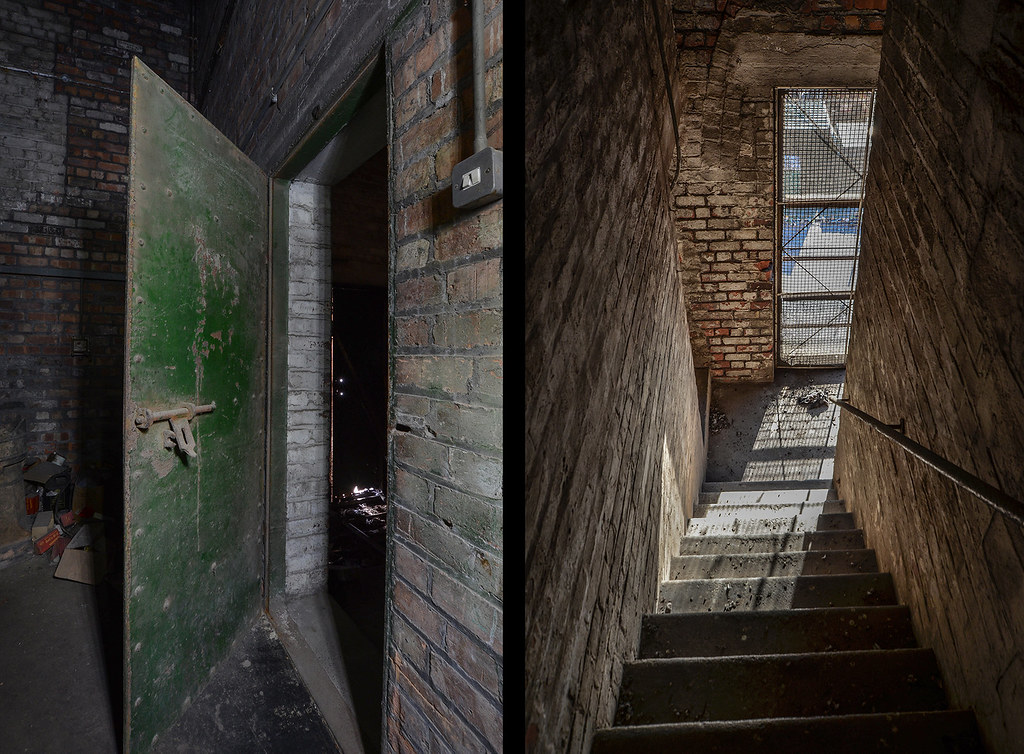 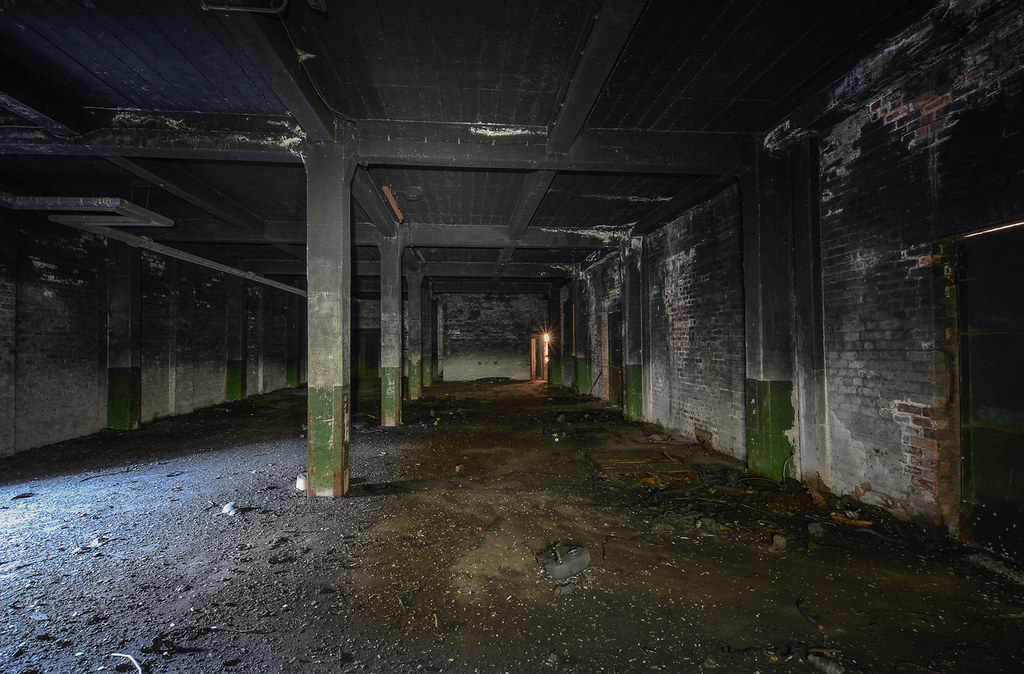 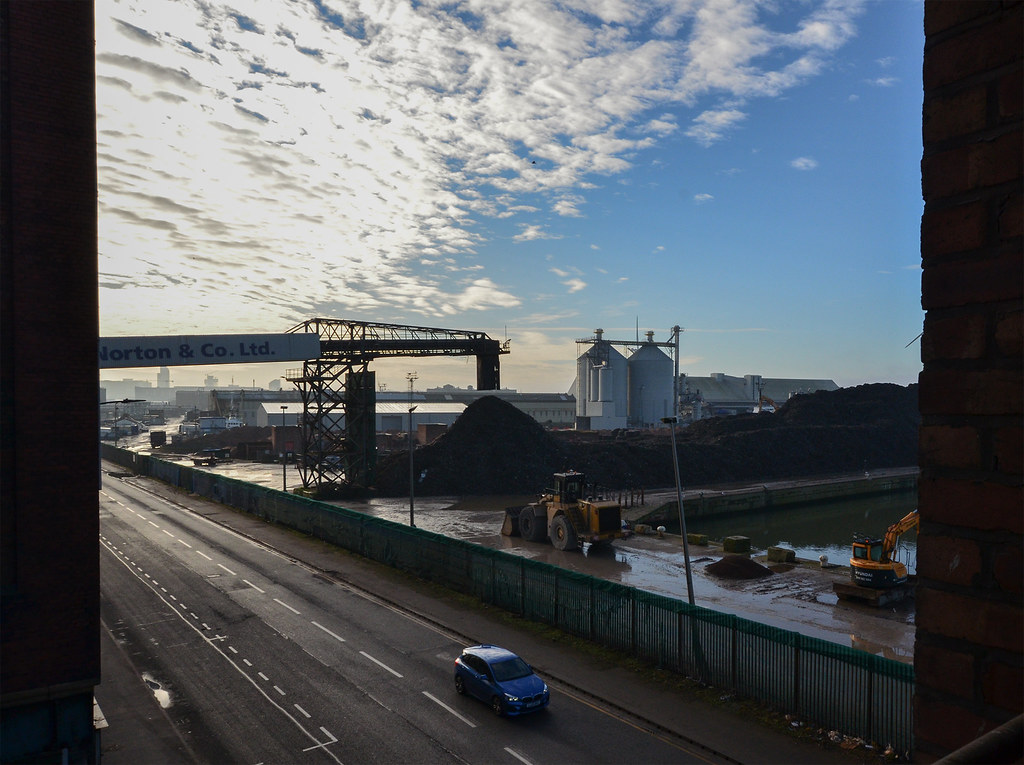 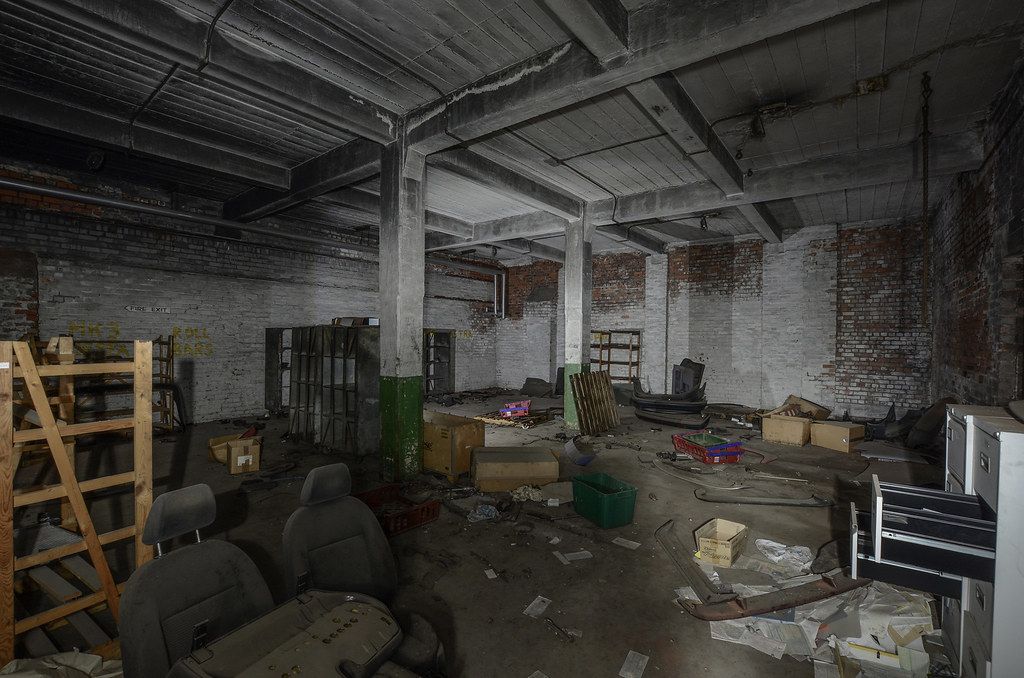 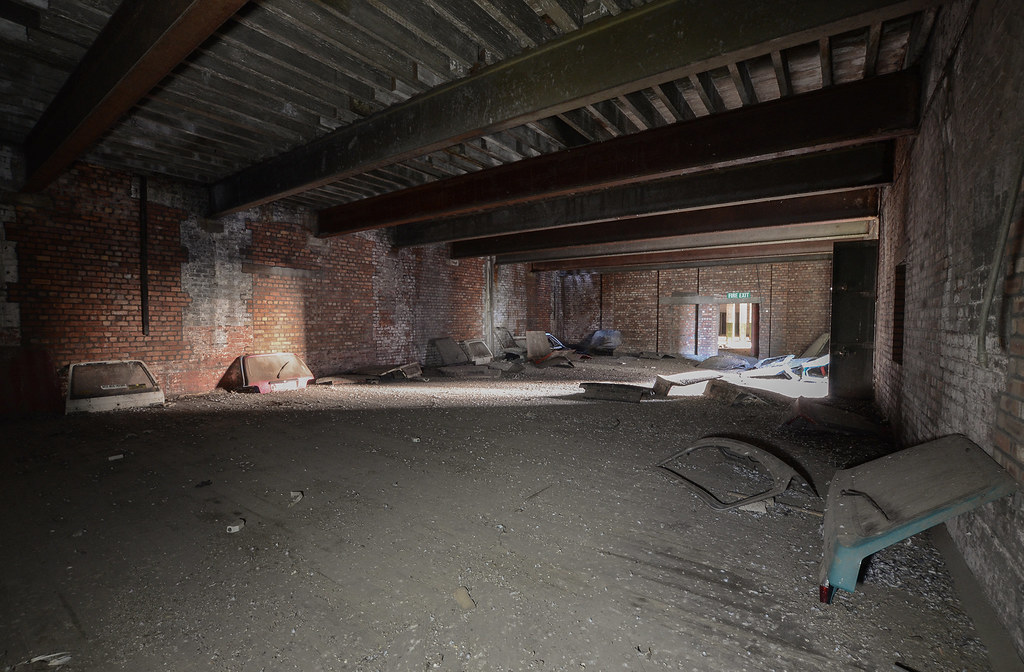 One of the safety belts to stop workers being pulled out of the loading bays when swinging goods in - there are a couple of these left. 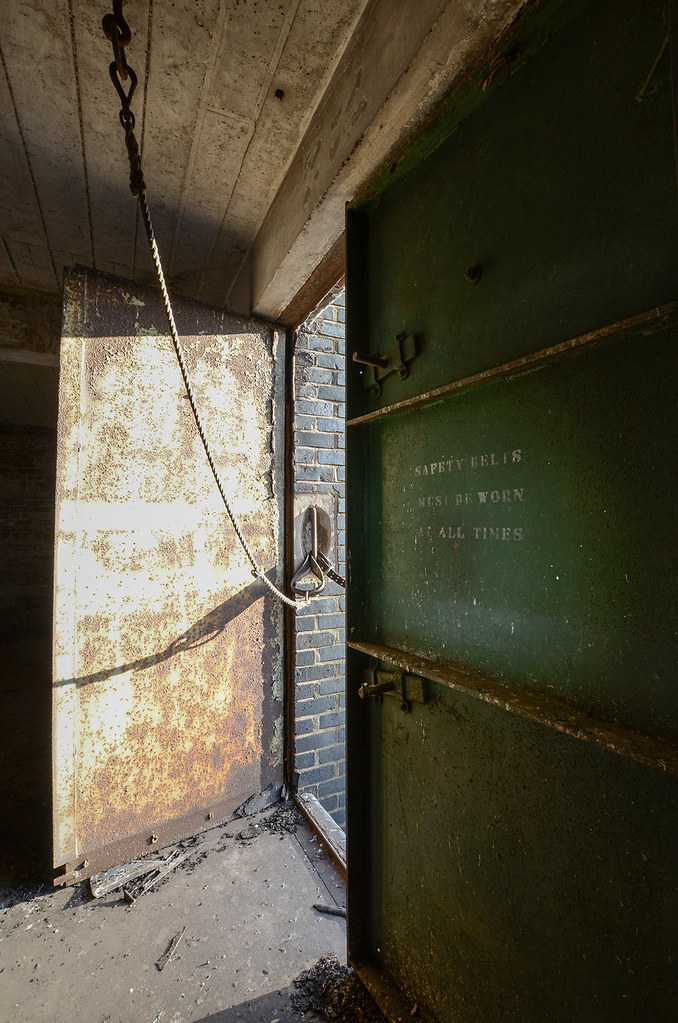 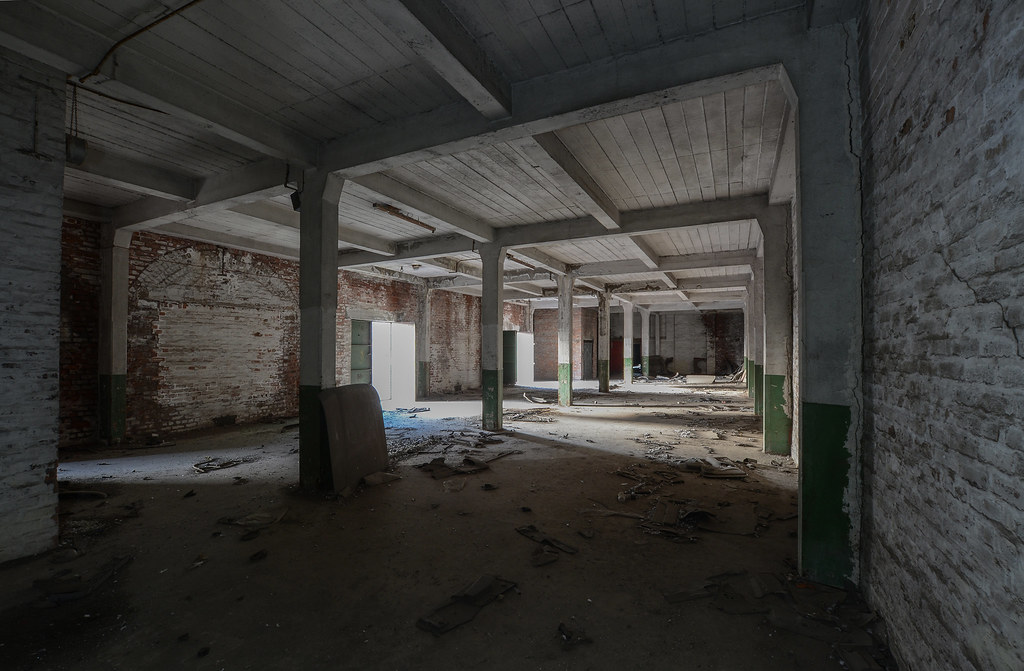 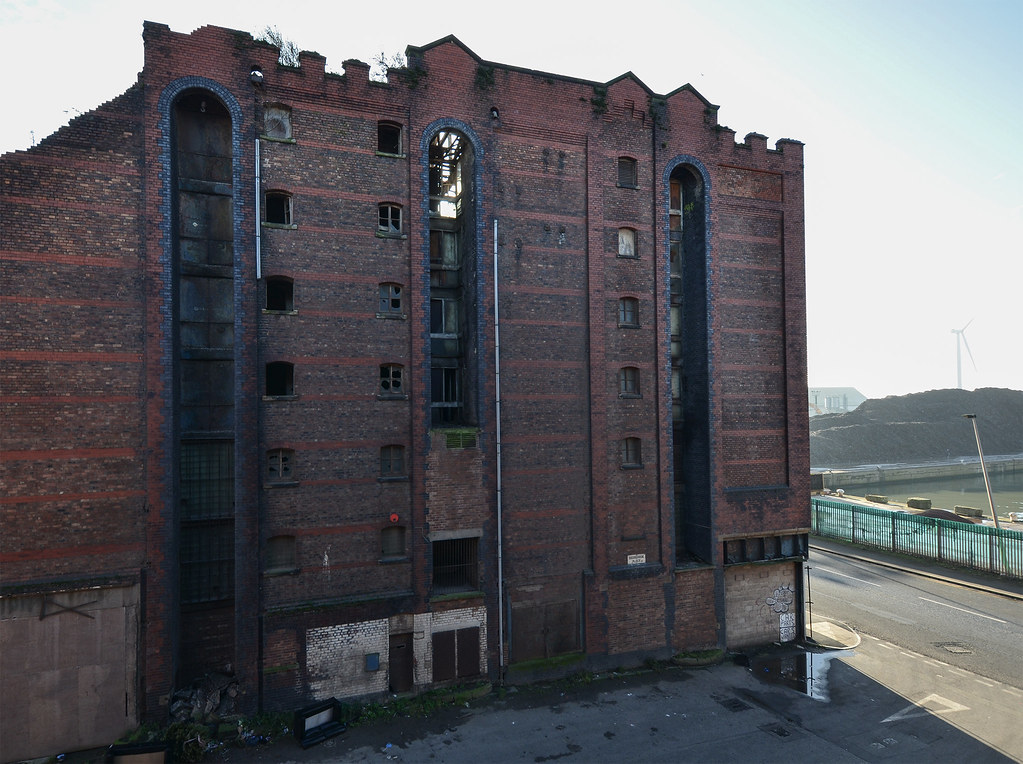 Two hoists inside metal lofts in the attic - these look like fairly early electrical ones. 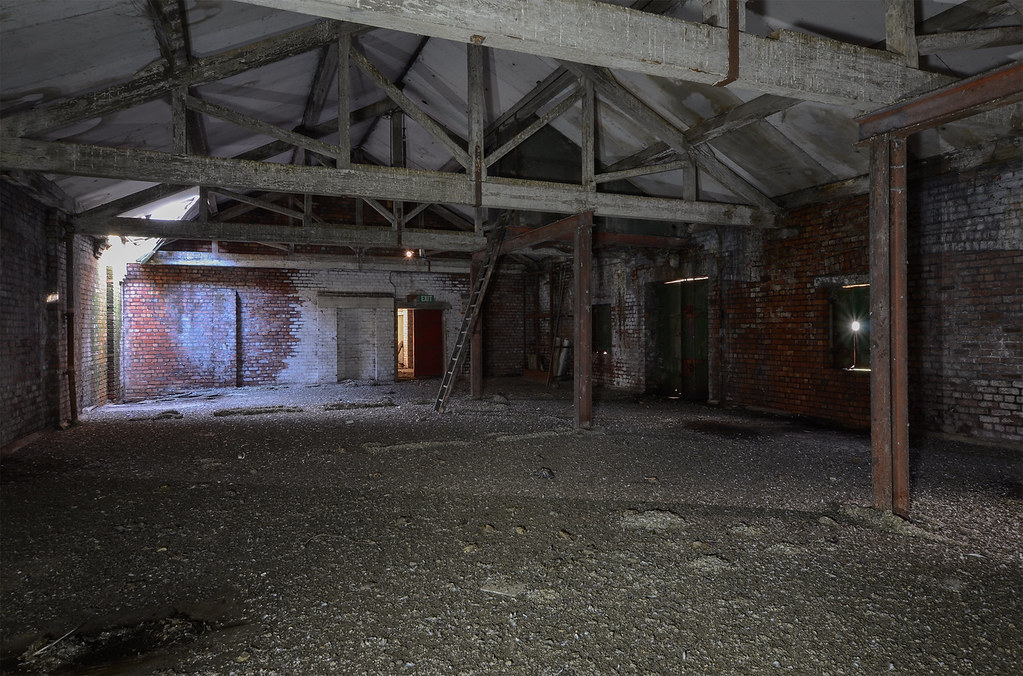 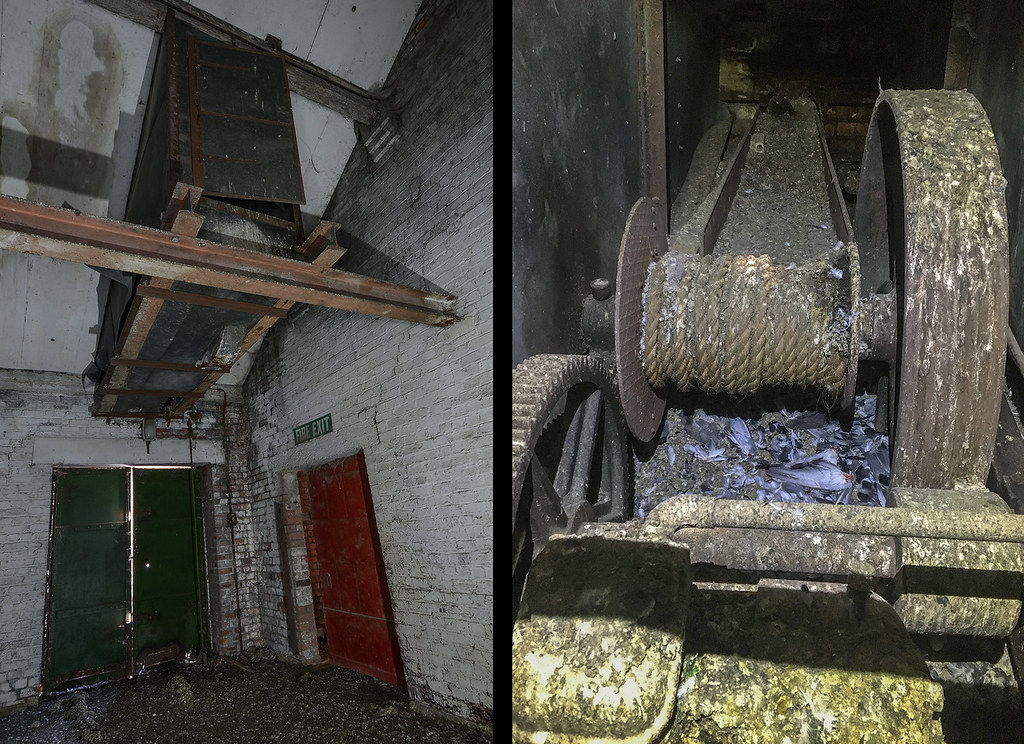 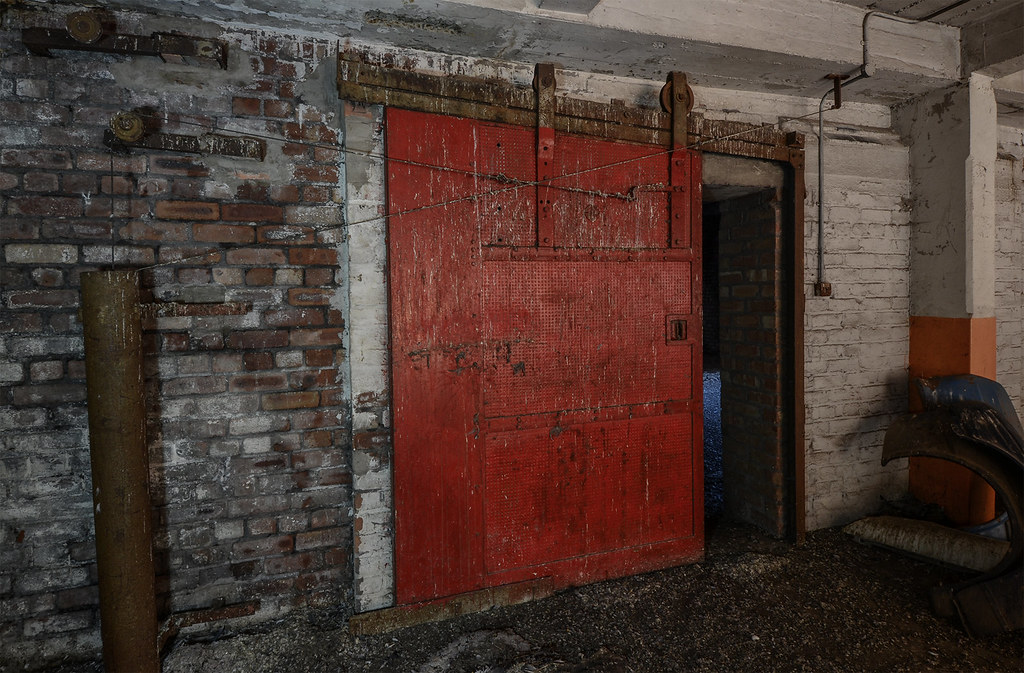 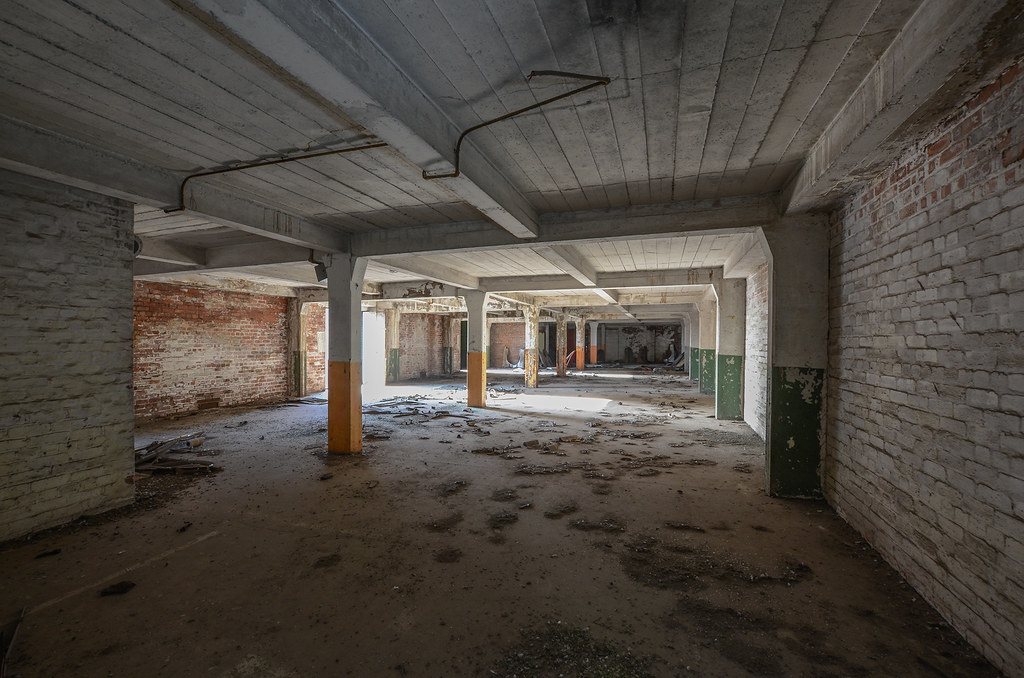 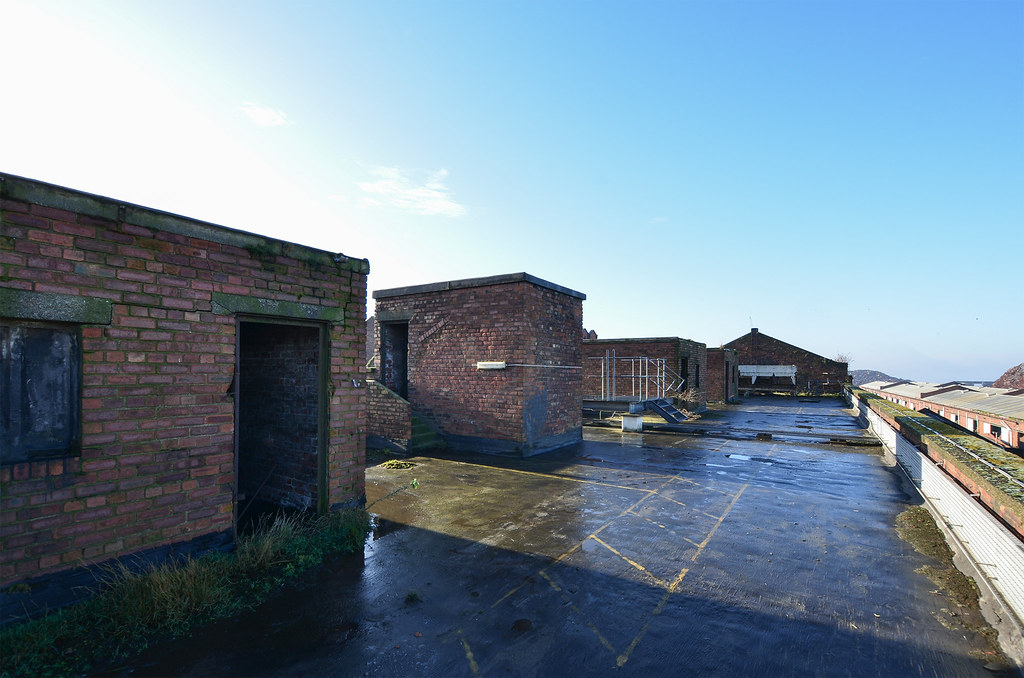 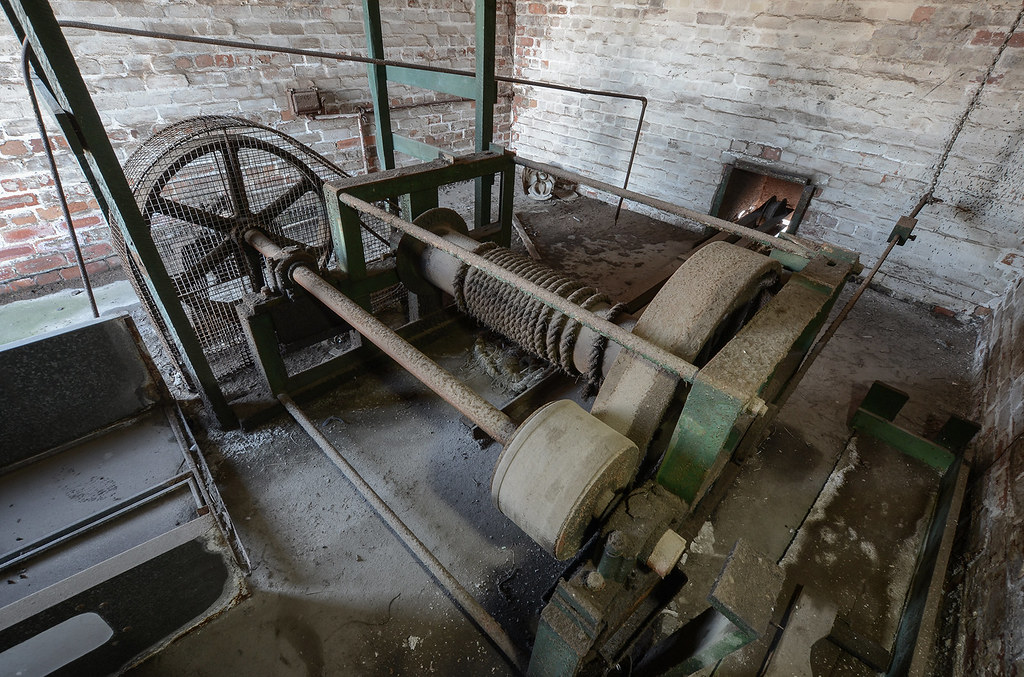 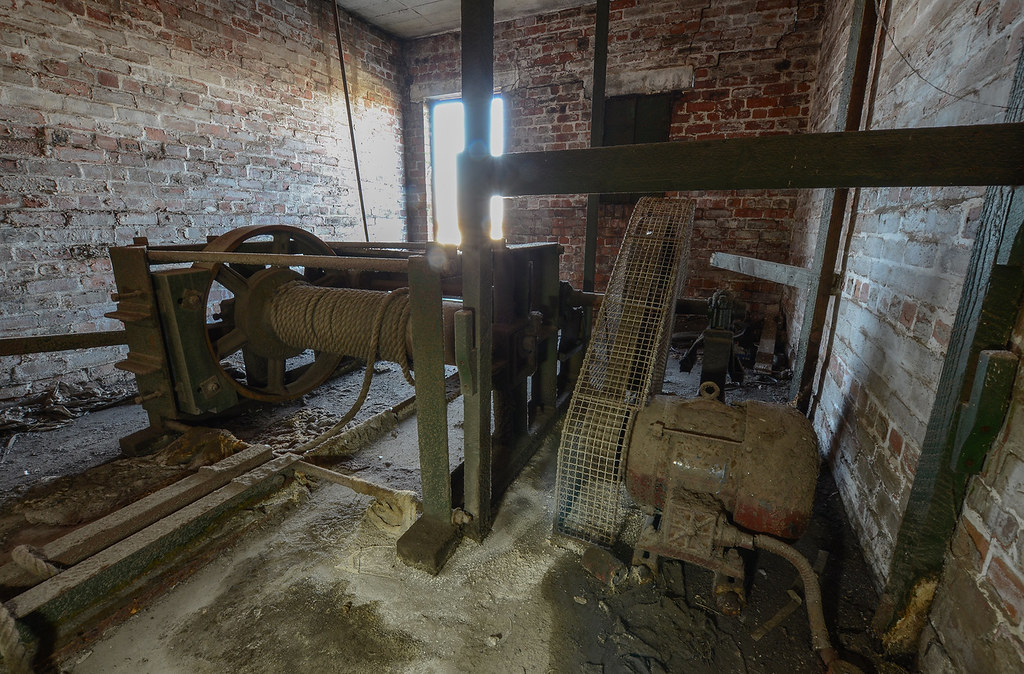 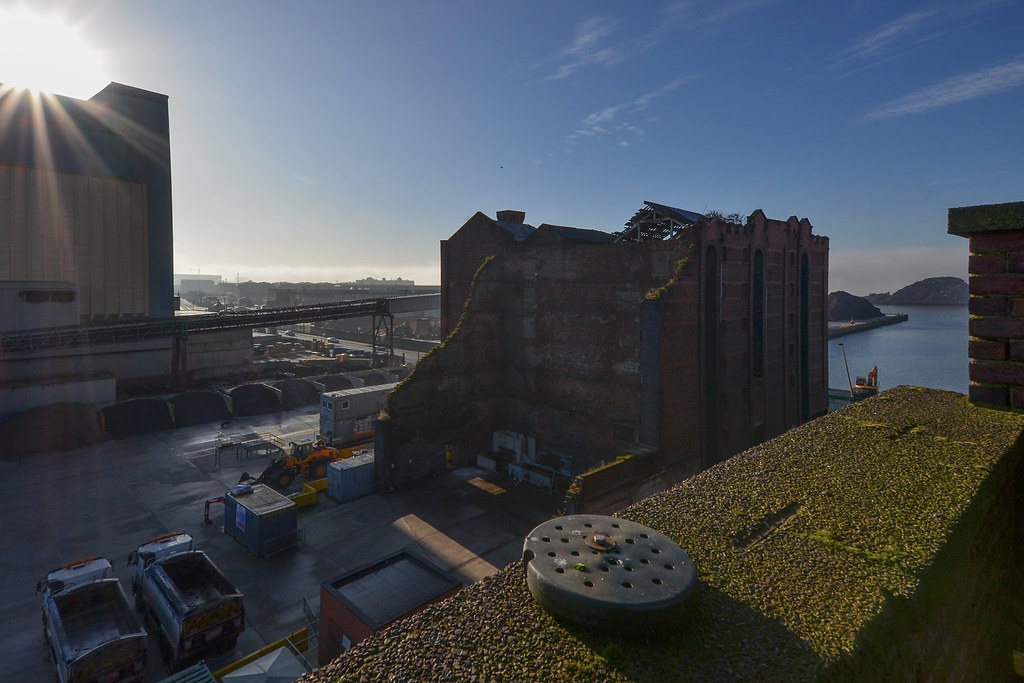 …and north - a couple of the Effingham Street warehouses can just be seen sticking up on the right behind the silver chimney. 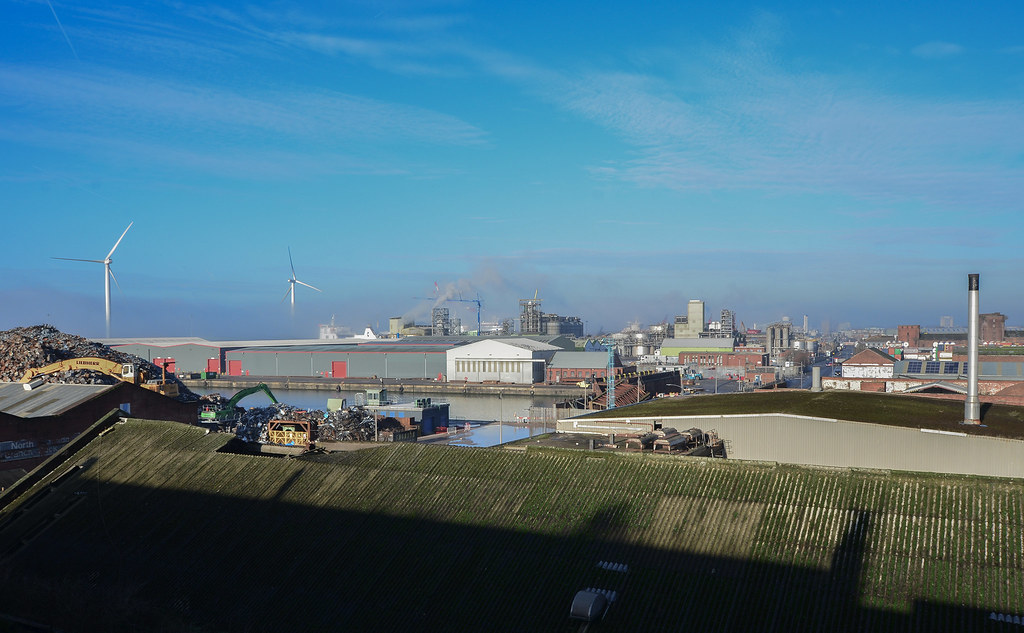 Overall a bit of an essay in empty spaces and scattered car panels.

On the plus side I no longer need to wonder what’s inside when driving down the dock road.

Another cracker mate. We've got members moaning about 400 mile round trips for derp houses and you're still smashing stuff in your home town

Regular User
Some great perspectives there. Another fab report UC...

Regular User
You really must be the most diligent explorer operating in the UK right now - I always admire your efforts!

Yorrick said:
Another cracker mate. We've got members moaning about 400 mile round trips for derp houses and you're still smashing stuff in your home town

It's mainly because nobody has really bothered with small stuff in Liverpool for about a decade.

Cracker of a report. Love the opening map. That is an impressive building. Those hoists are rather nice. Some interesting bits left in the old girl.

Regular User
Nice, parked right outside this on our recent trip up that way, (I was slightly worried for my mates car if Im honest) but didnt bother going in.
Shame really them winches are pretty cool
Stop The Planet, I Want To Get Off!

Bikin Glynn said:
Nice, parked right outside this on our recent trip up that way, (I was slightly worried for my mates car if Im honest) but didnt bother going in.
Shame really them winches are pretty cool
Click to expand...

It is a bit dodgy in that area - some car breakers in Dunnett street round the corner were arrested a while ago for selling bits of stolen cars.

Pretty much, at least the properly derelict bits.