An Art Deco cinema from 1932 - 1961 then converted to bingo, closing in 1994. Parts of the building have apparently operated at various times as a community centre, a function room, an indoor golf course and a social club. As the external picture shows, the ground floor is currently occupied by a convenience store and a carpet shop. There is also a more recent shed like extension at the back. 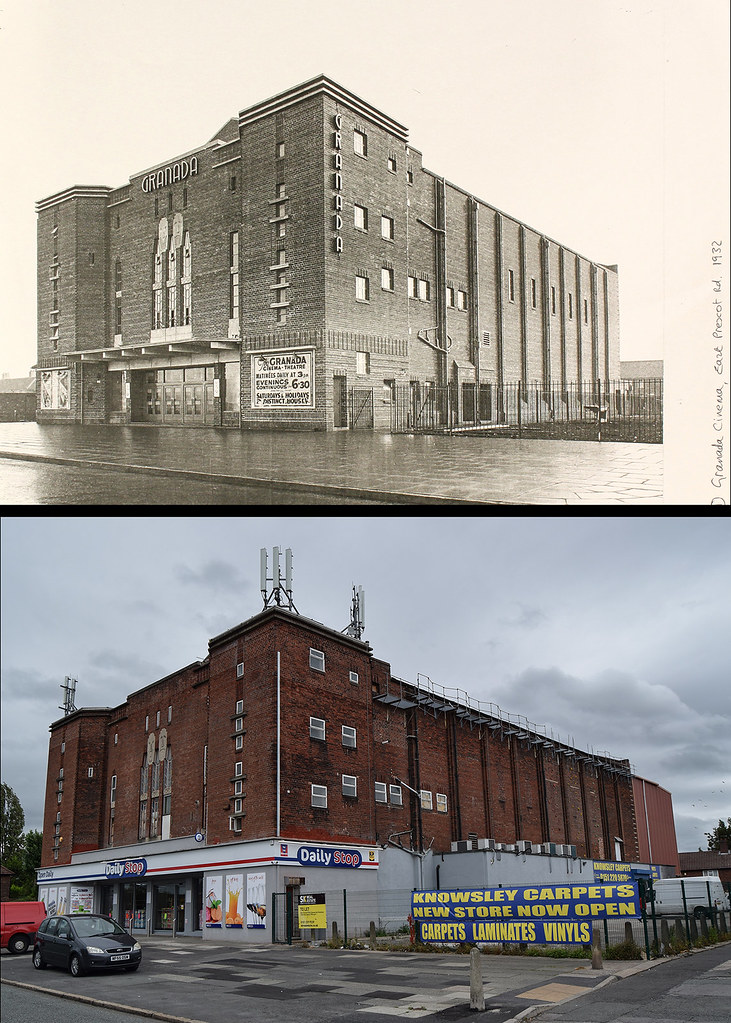 I’ve known about this place for a while - being the biggest thing for miles around its hard to miss -but didn’t know if there was anything worth seeing inside. However after a local told me there was still cinema seating, it seemed at least worth keeping an eye on. The problem was that the access, although rather obvious, was also a bit extreme. So I waited until an easier route came along - an unlocked door - and had a quick wander. It turns out there is little of interest here - the main auditorium has been partitioned and rest is just empty rooms. I only had a pencil torch at the time but when I came back later with a bigger one intending to do some rummaging behind false walls etc. the door was locked again. 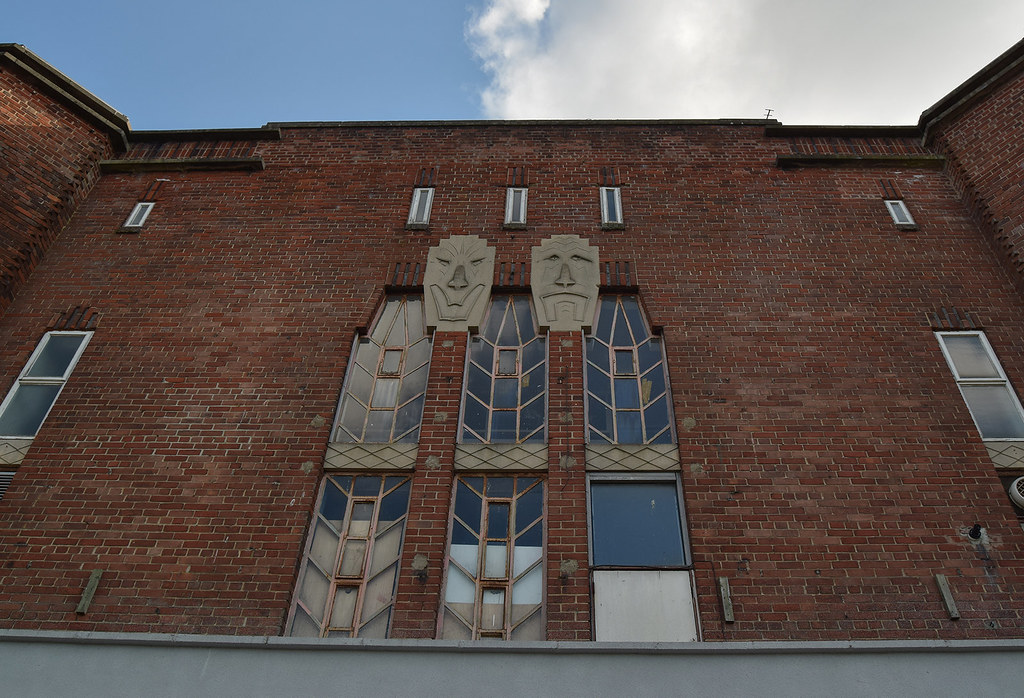 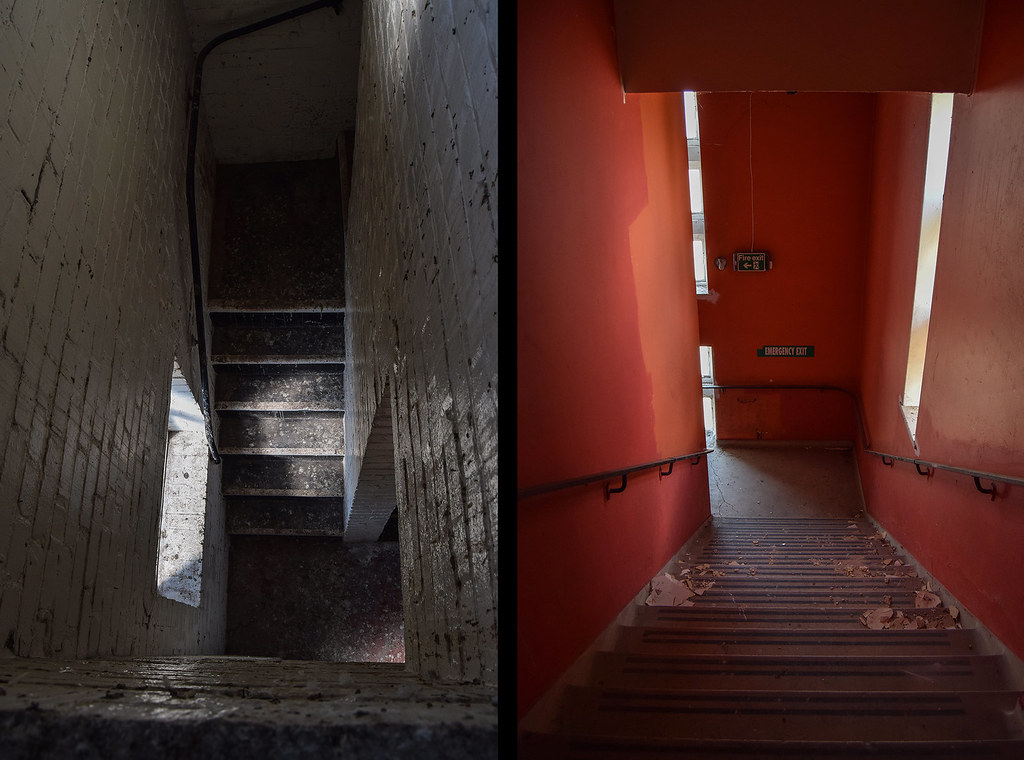 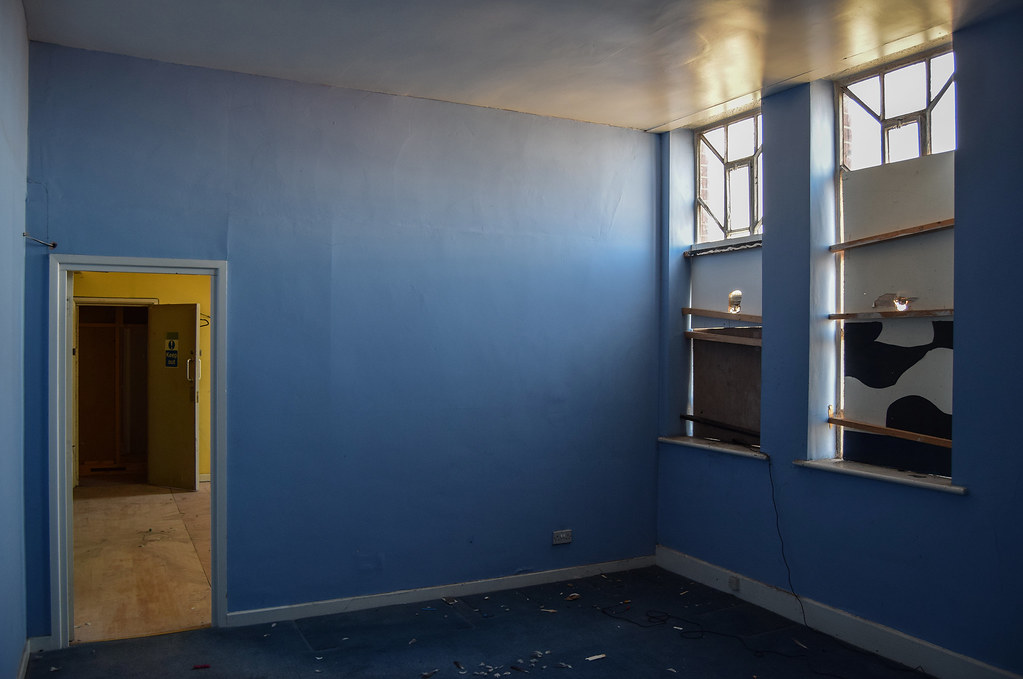 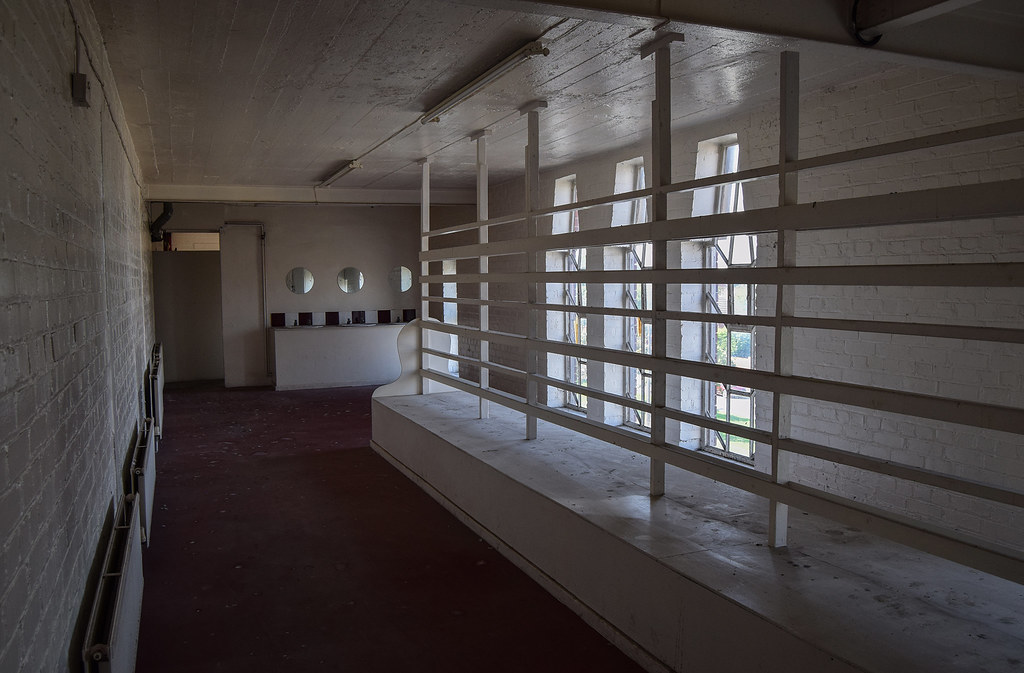 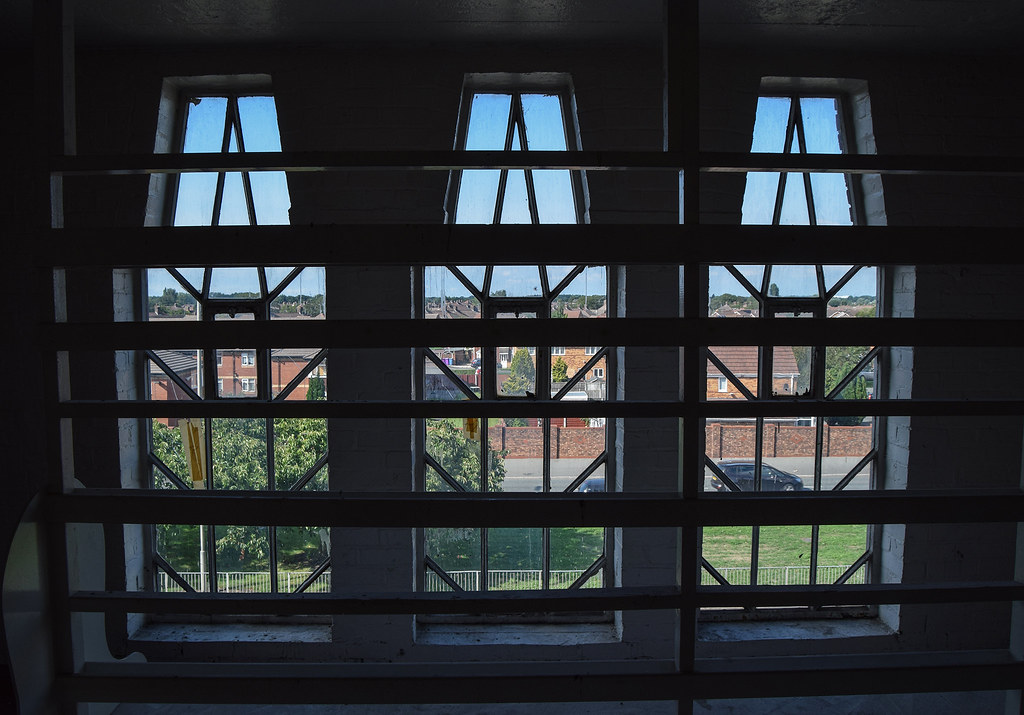 Projector room with blocked up holes on the right. 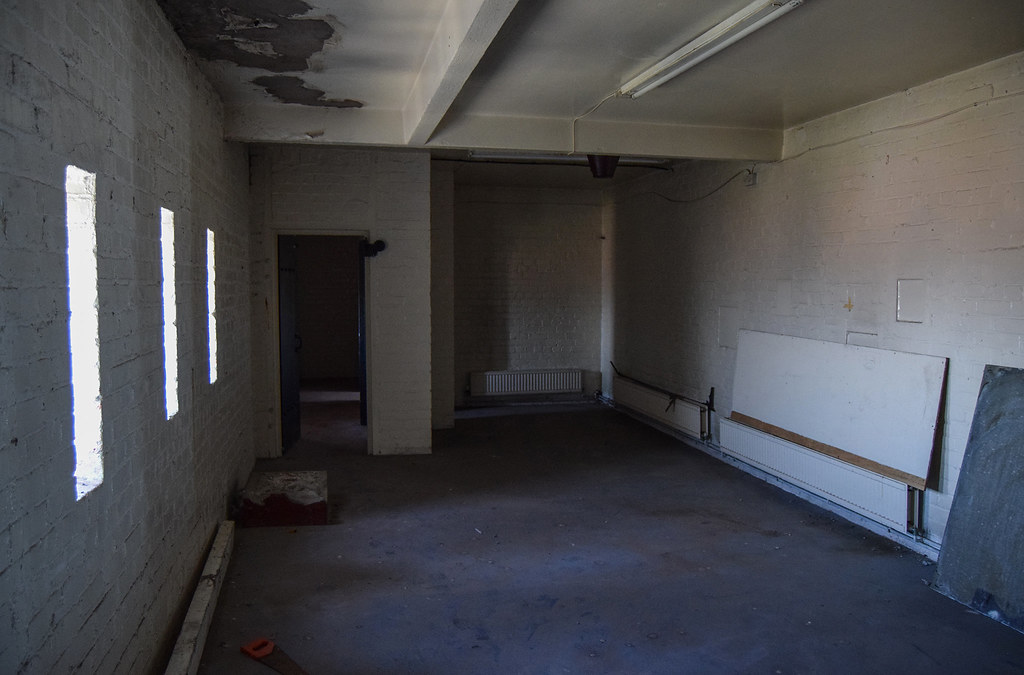 Into the upper part of the original auditorium. 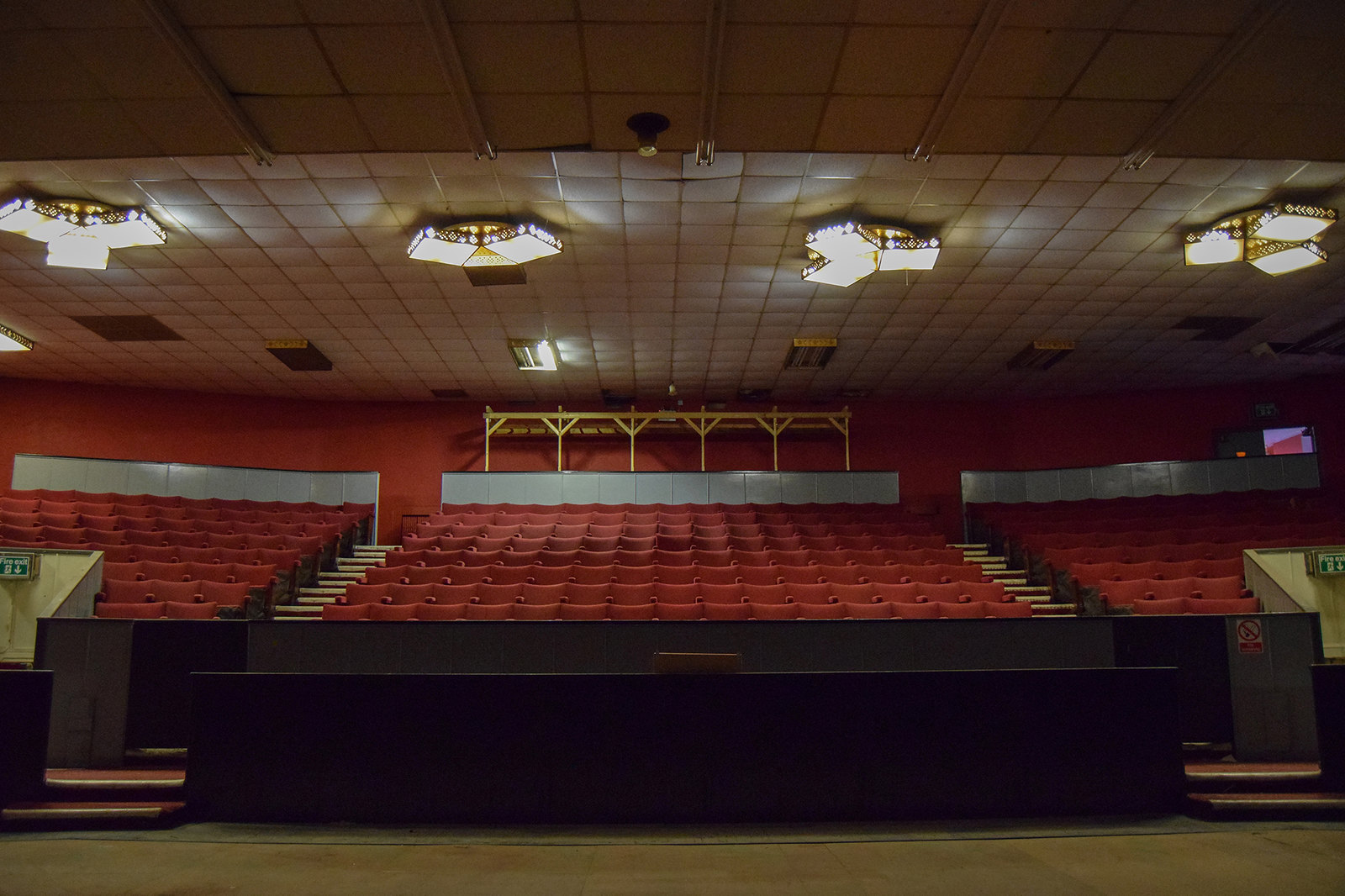 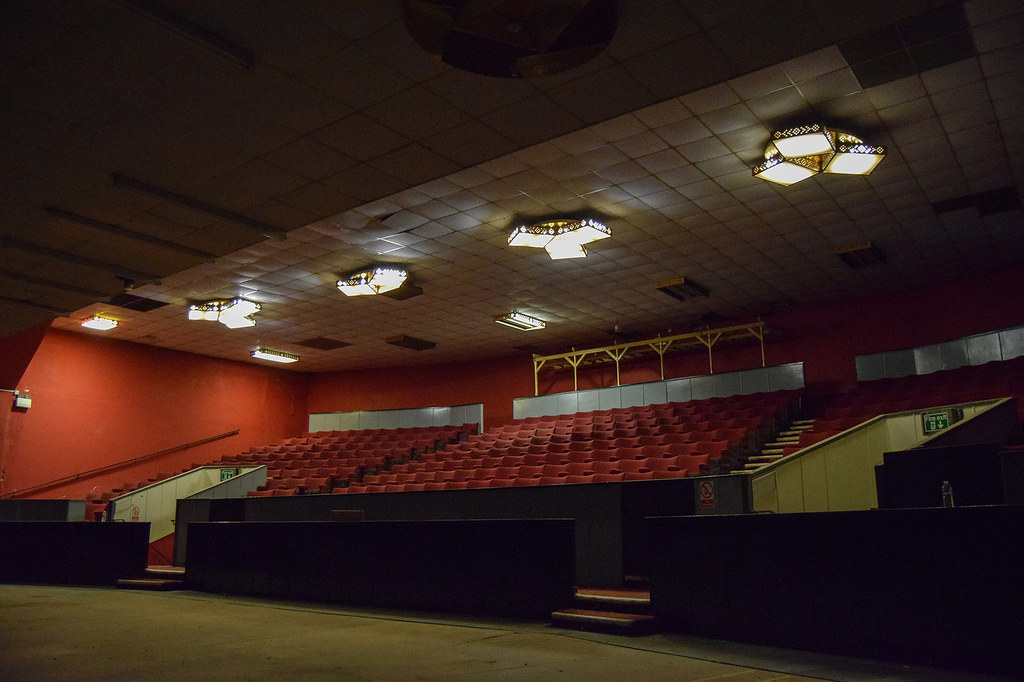 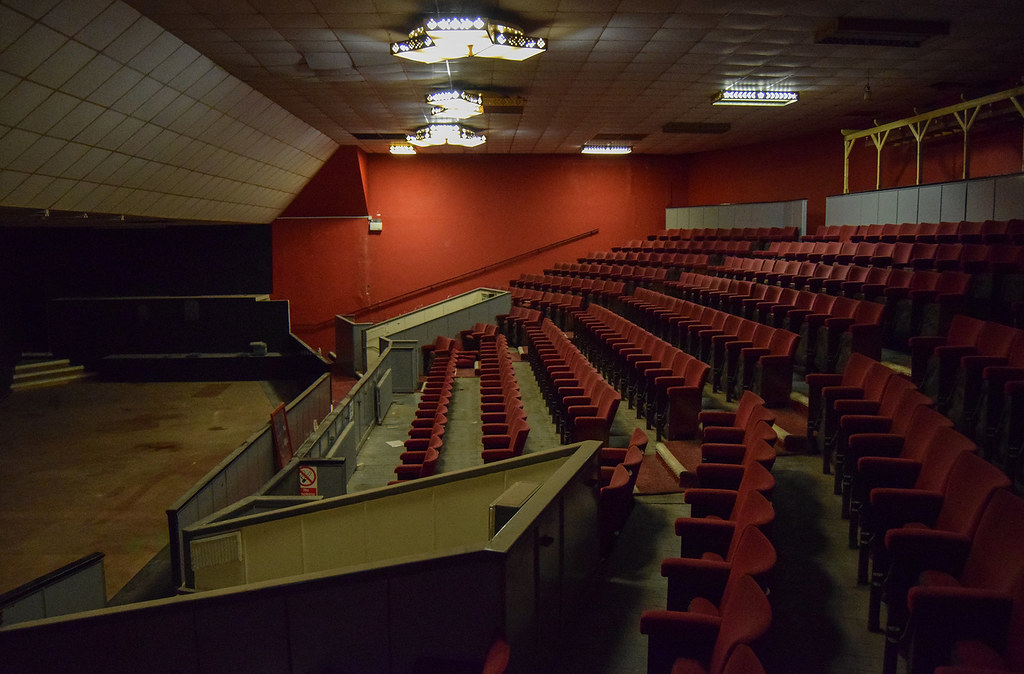 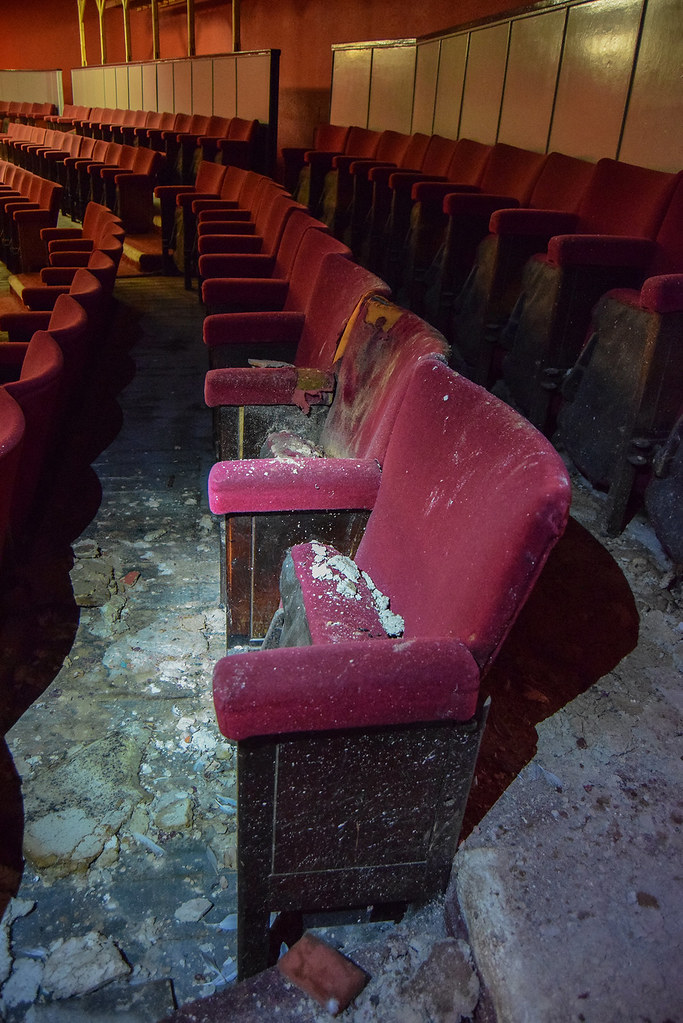 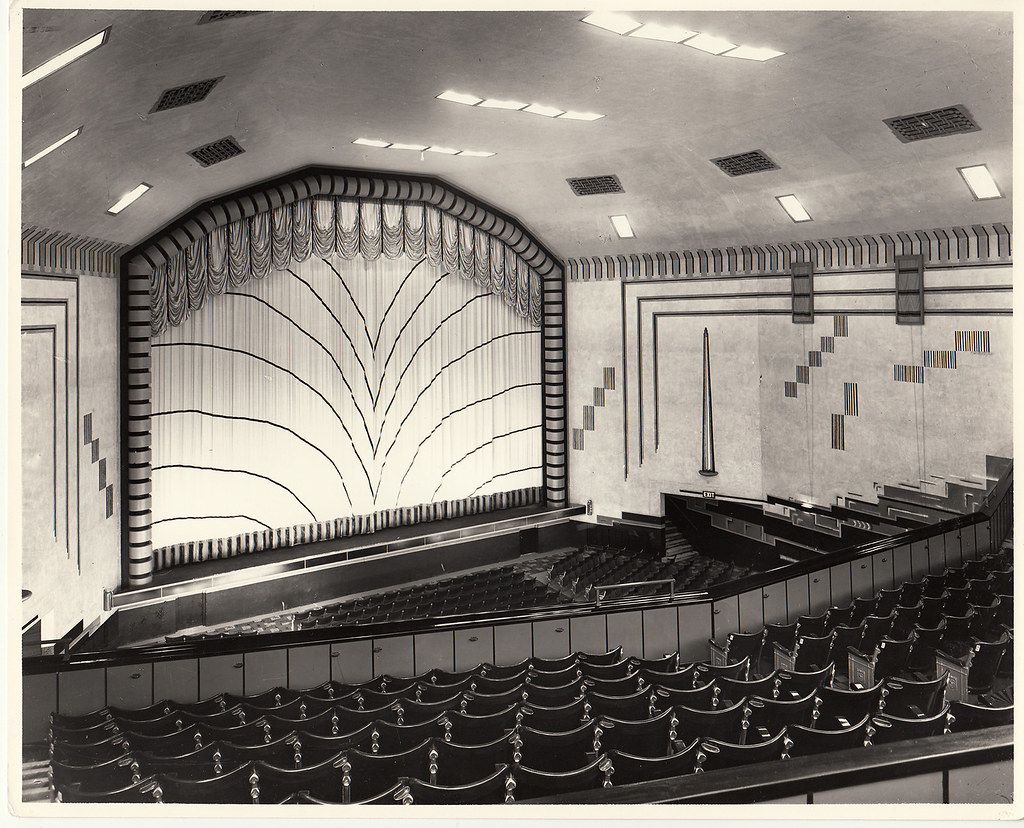 The current seating and layout, ceiling and decor are obviously completely different, with a vertical partition about 2/3rds of the way down - the black plywood wall in the shot below. 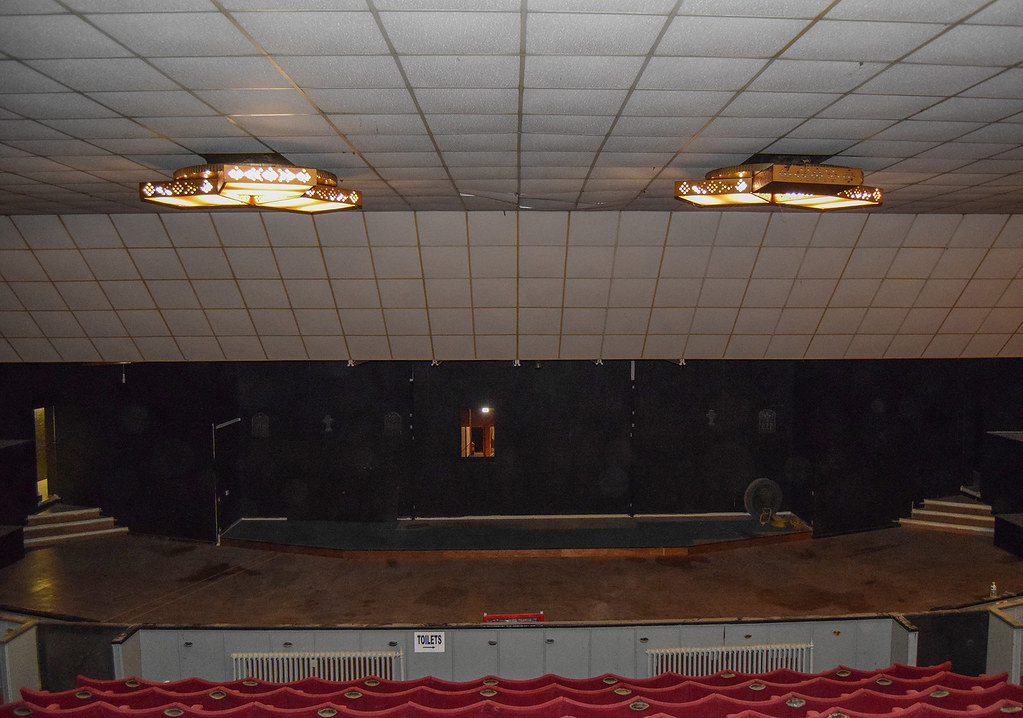 The lower part of original auditorium can be seen through the window in the partition, and is now some sort of activity space. 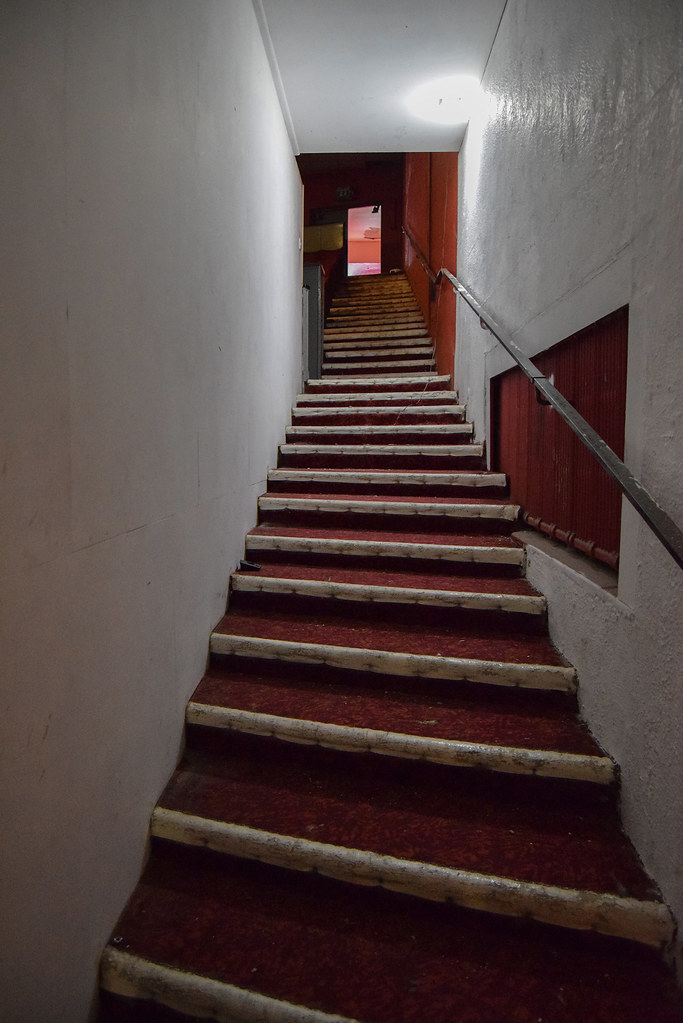 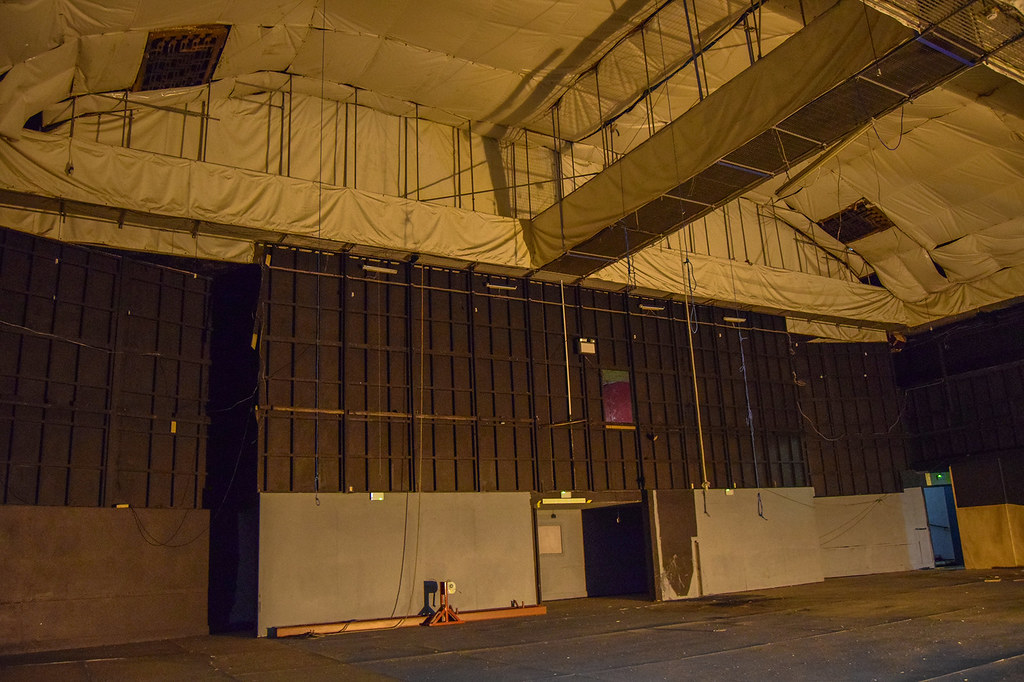 Proscenium arch, now painted black, just about visible. I didn’t go through this into the back part as there were builders in there. 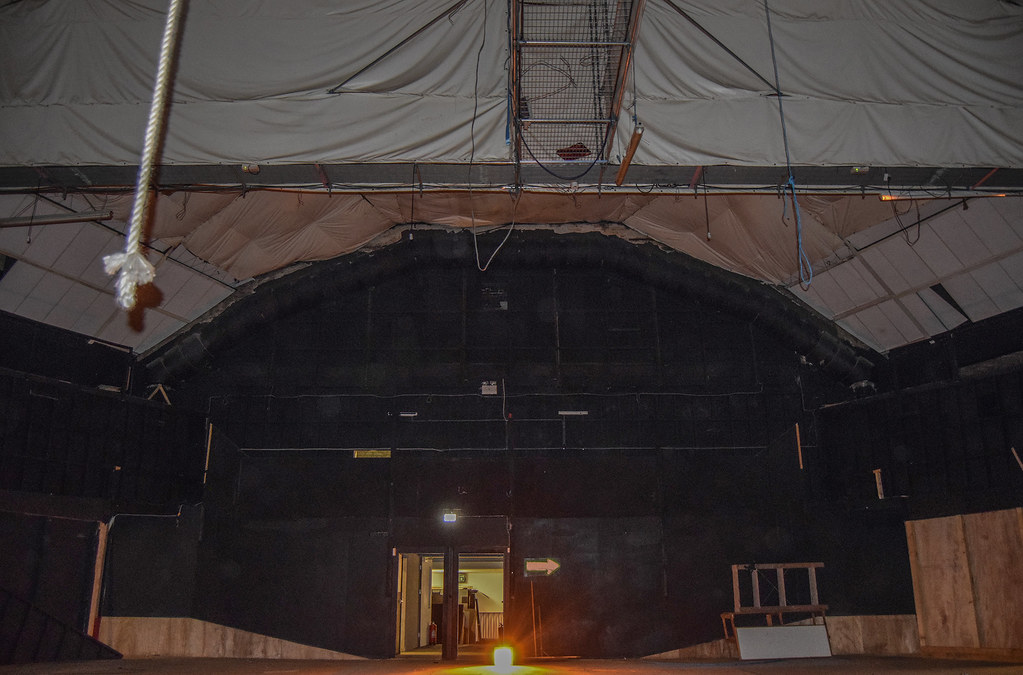 Finally up to the roof for the views. 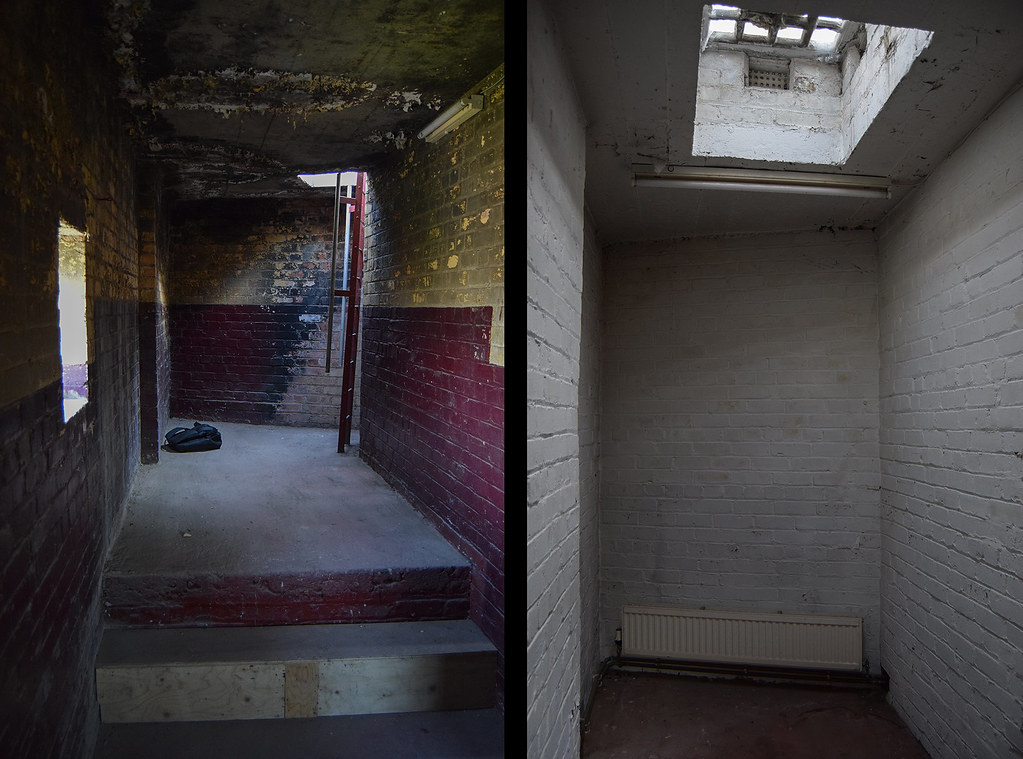 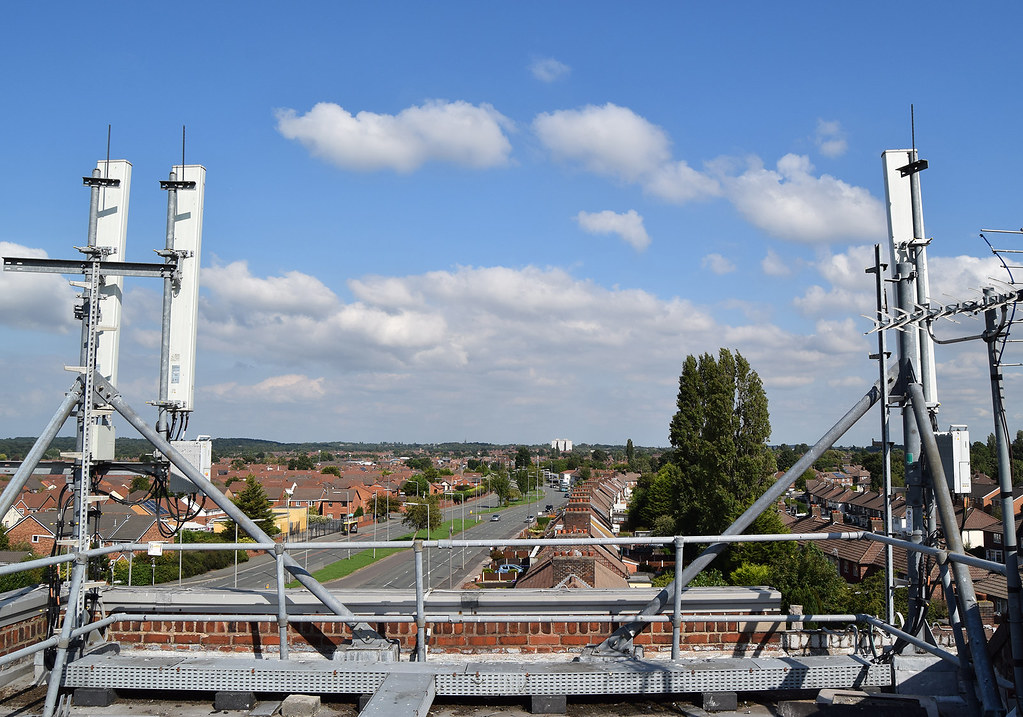 The curvy building on the right is the new Alder Hey children’s hospital (the old one is now mostly a large pile of rubble). 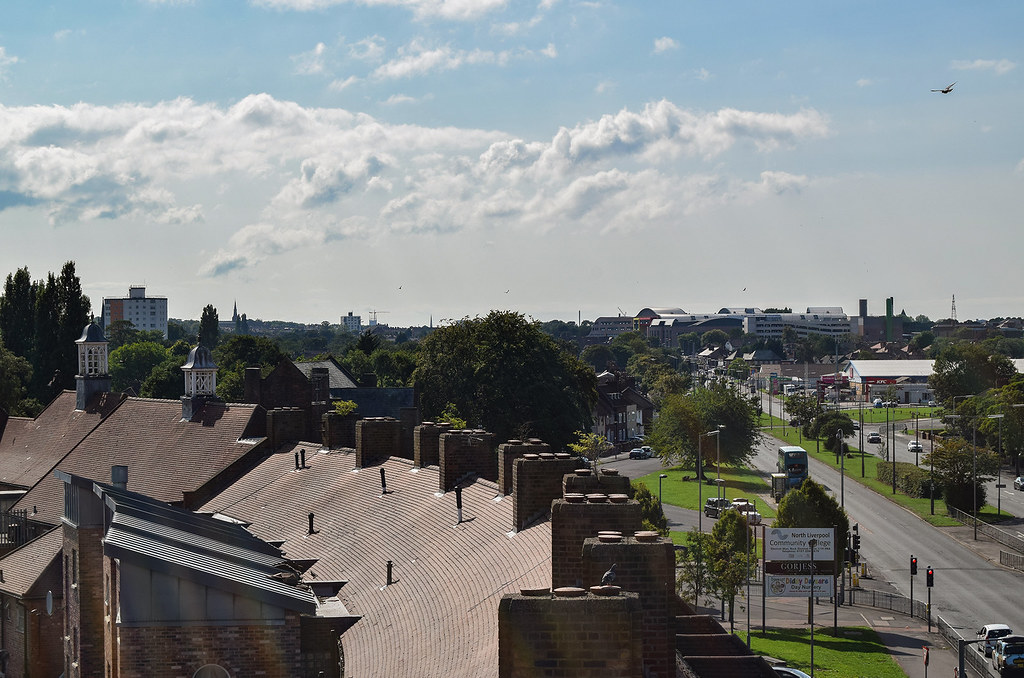 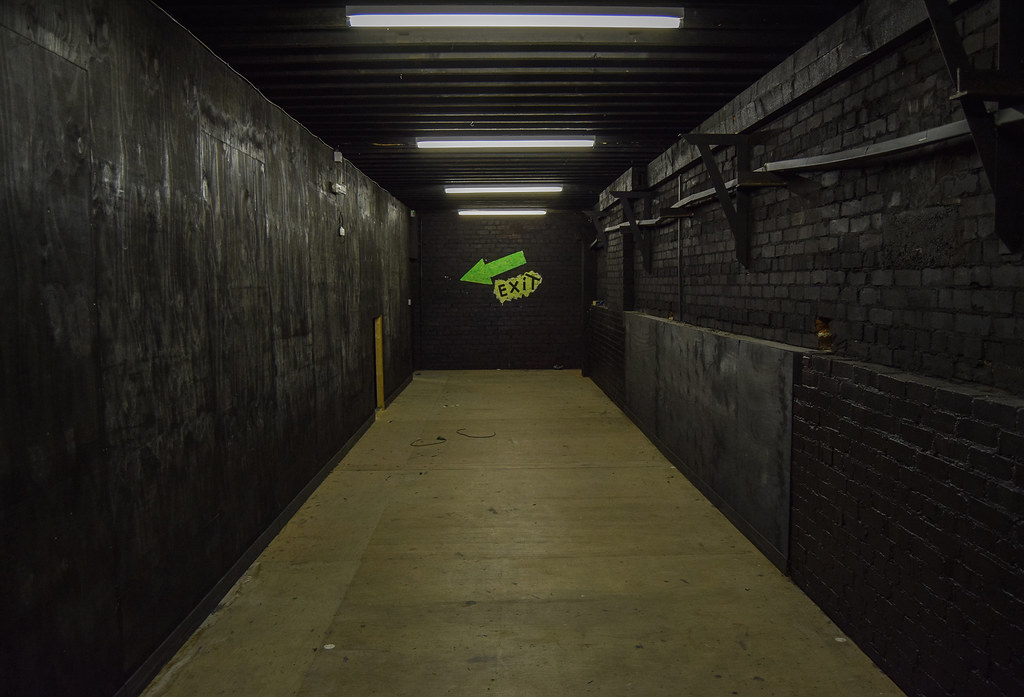 Regular User
Nice one. Seen a few photos of this one before. Was hoping there might be a bit more hidden behind the scenes tho. Better luck next time!
flickr

Speed said:
Nice one. Seen a few photos of this one before. Was hoping there might be a bit more hidden behind the scenes tho. Better luck next time!
Click to expand...

Yes, I didn't really have the time to look properly at this one.
Can you remember where you saw the other photos?
J

28DL Full Member
It’s a shame they haven’t considered that top bit for a small cinema for small groups or something.

jdtaylor said:
It’s a shame they haven’t considered that top bit for a small cinema for small groups or something.
Click to expand...

Maybe it was at one stage, although not recently.
The place has had a variety of uses - there are more large walk-in shower rooms than one might expect in a cinema for example.
The shed extension at the rear is apparently being turned into some sort of gaming space.

Regular User
Interesting... did you check under the state or circle? That's where the old tat is usually hiding!

dweeb said:
Interesting... did you check under the state or circle? That's where the old tat is usually hiding!
Click to expand...

I only had time to pop my head into a couple of underneath spaces - all looked a bit clean and recent. But comparing old and new layouts I suspect there are some voids I didn't see.