Regular User
History adapted from http://cinematreasures.org/theaters/32707. The Savoy opened in 1938 with with “Bluebeards Eighth Wife”. It seated 2100, had a stage which was hardly ever used, and was not supplied with an organ.
Renamed the ABC in the early 1960s, this shut in 1982, the circle having been closed for many years before that. It was later transformed into a snooker hall, then the balcony was sub-divided and operated as Rocky’s II Gym.
In 2016 Riley’s Snooker Hall and Rocky’s Gym closed (Rocky’s moved next door) and the building is due to be demolished https://www.liverpoolecho.co.uk/news/liverpool-news/former-savoy-cinema-rileys-snooker-11736942

As far the building itself goes, according to a heritage statement: “Hamilton Square is dominated by the striking Georgian terraces and Town Hall developed during the early part of the 19th century.
Whilst No.47 Argyle Street has some architectural merit with a modest Art Deco frontage to Argyle Street, this form of 1930’s architecture does not sit easily with Georgian style architecture.
The slab sided gable and rear elevations are bland and have little or no architectural merit.”

Since scaffolding is going up for demolition I went to see what’s left of the original cinema before it goes. I wasn’t expecting to find much after such a long period of use for other things, but there might at least be some plasterwork.
Pictures quality is not great since all I had was a small torch and and a £5 Aldi under-car inspection lamp, not really enough to light up large spaces.

Old photos come from https://wirralmemories.co.uk/wm_index.php?wm_page=wm-road-argyle-street-birkenhead.php and pictures are ordered from the basement up.

External from a Google Streetview (2018) since the front was partially scaffolded. 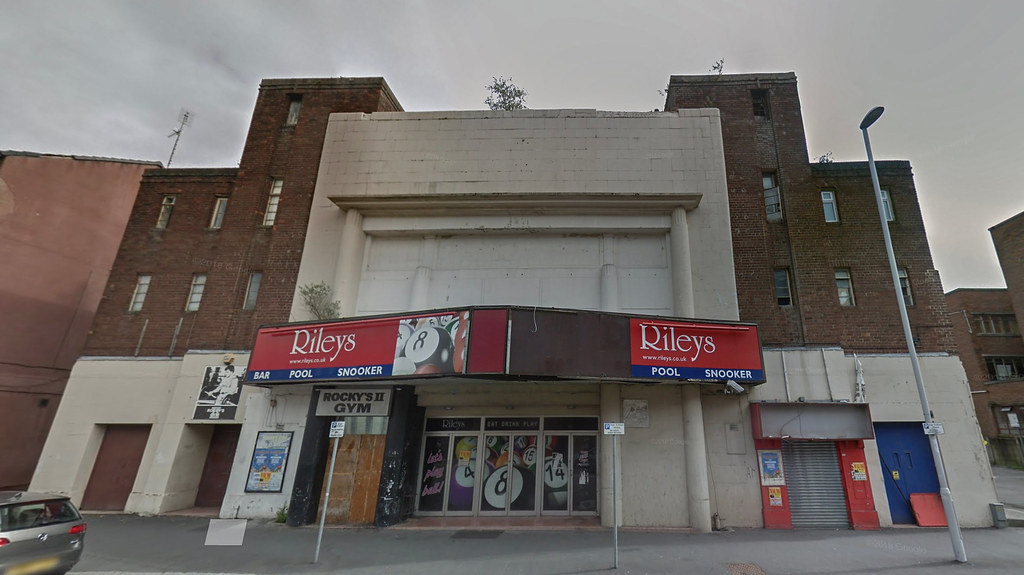 Old photos from the 1930s and 1960s when it was the Savoy and ABC respectively. 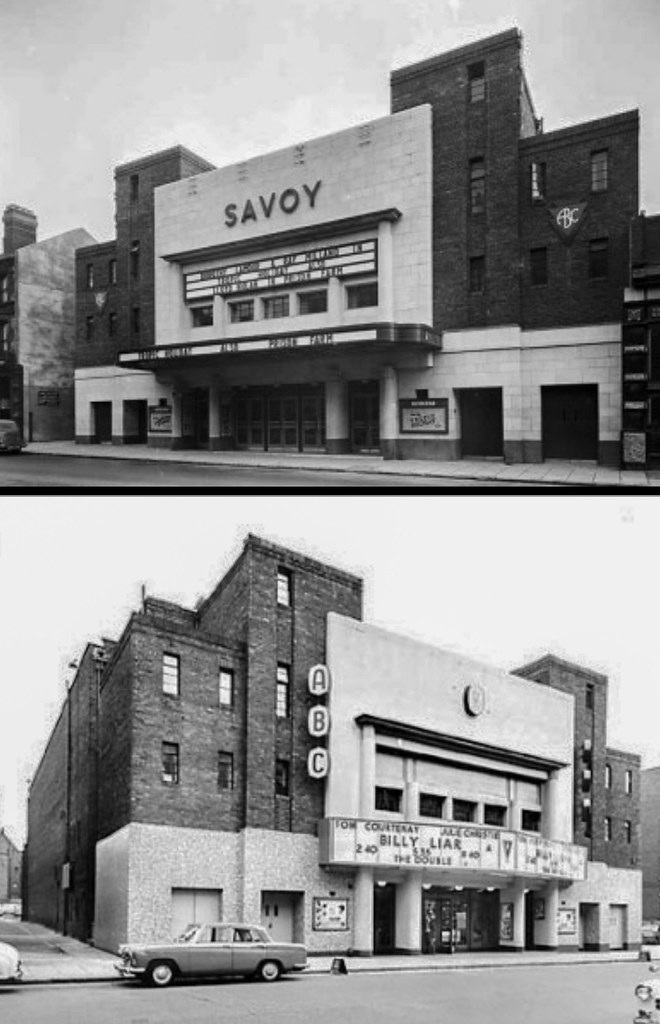 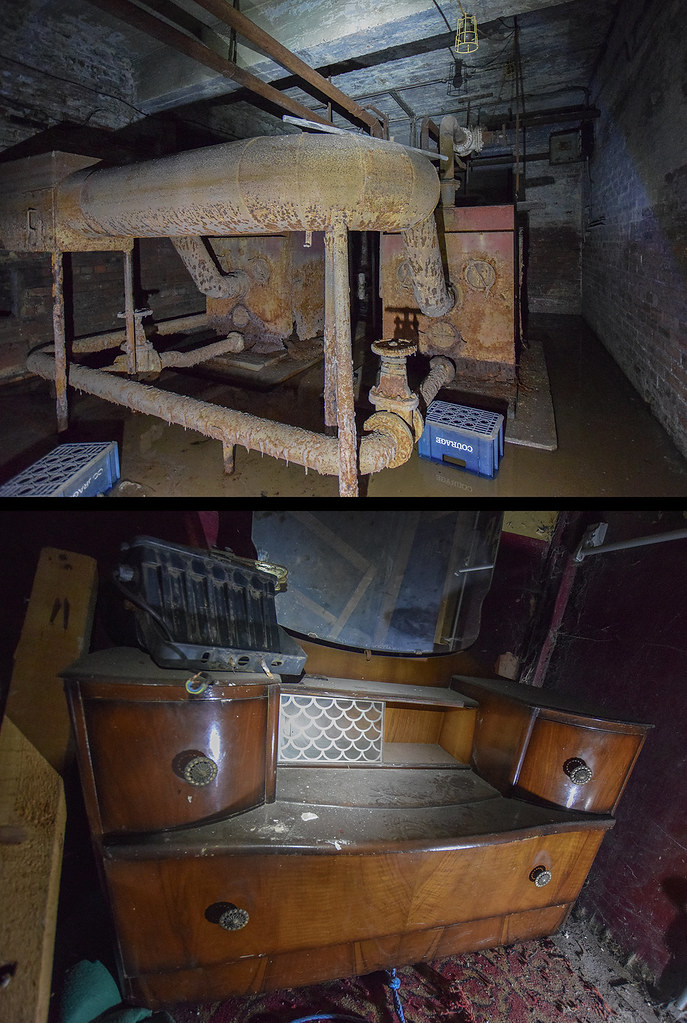 The foyer is full of junk, but the original plasterwork is still there above the suspended ceiling. 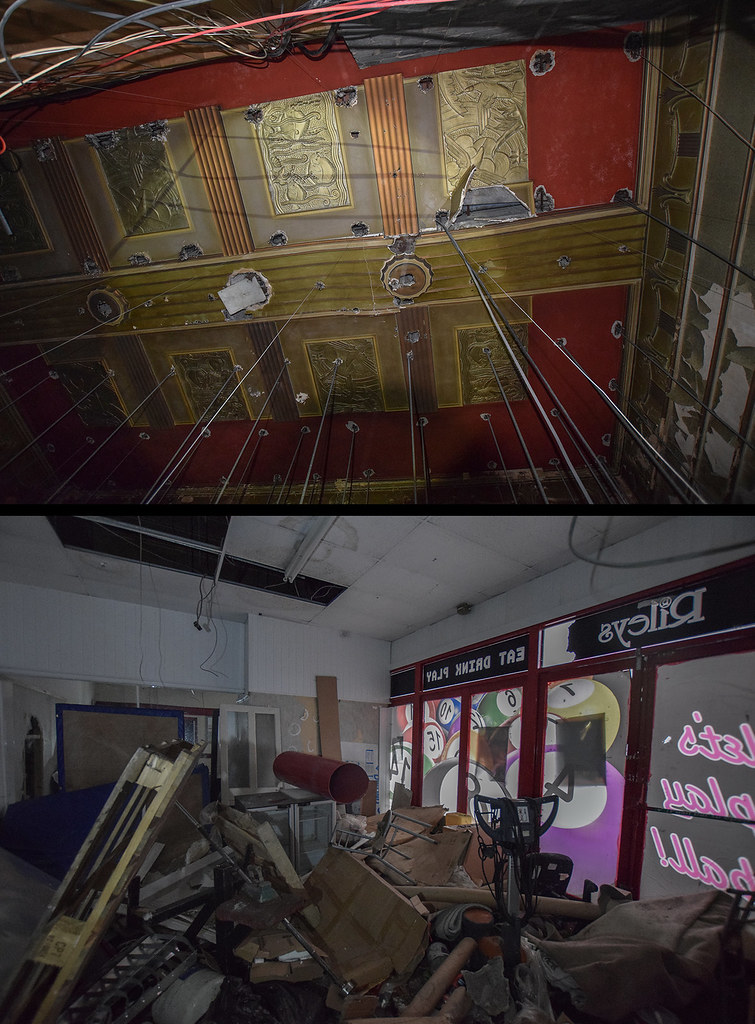 Old picture of the foyer which had three chandeliers. 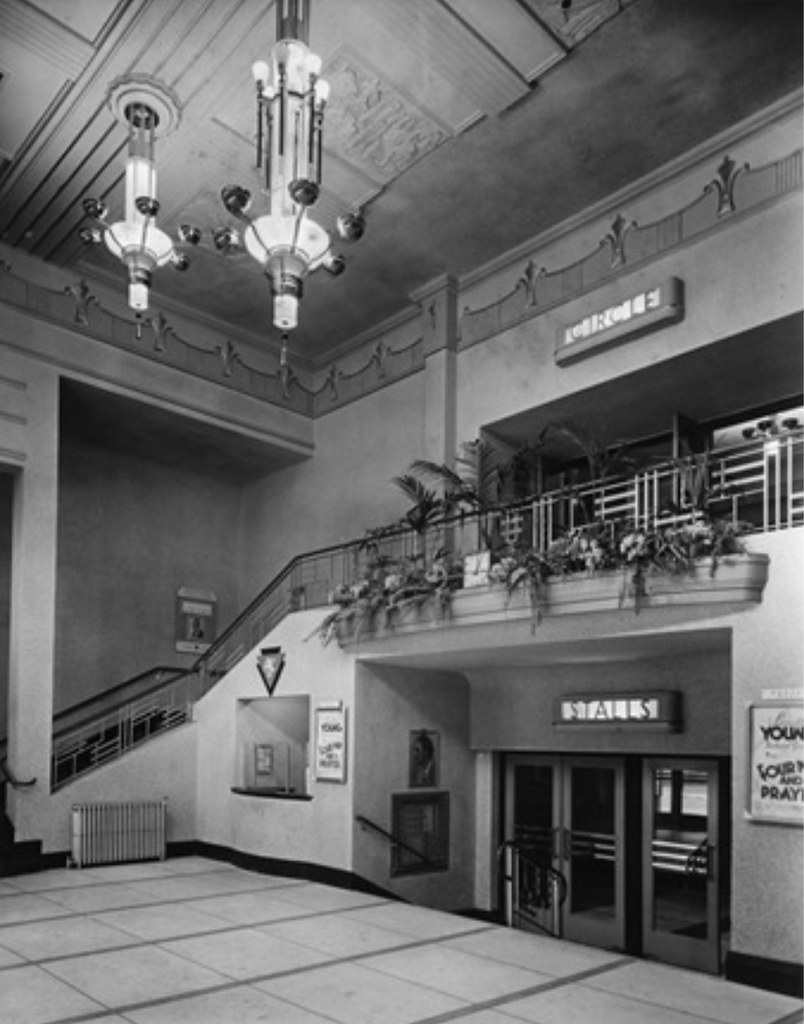 The rest of the ground floor was Riley’s Snooker Hall - there must have been a fire in the bar area. 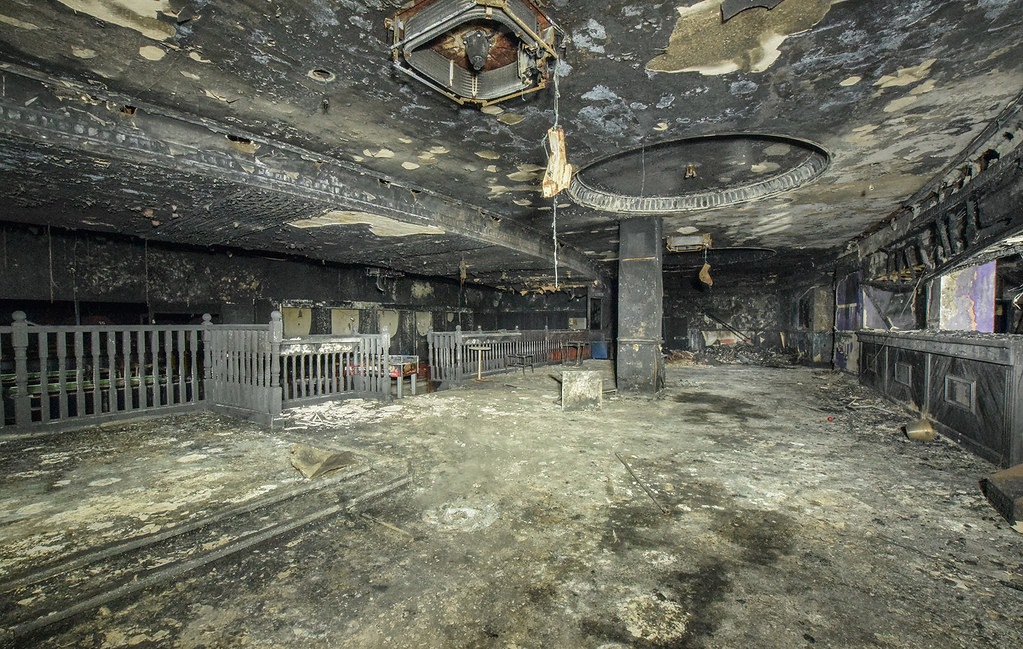 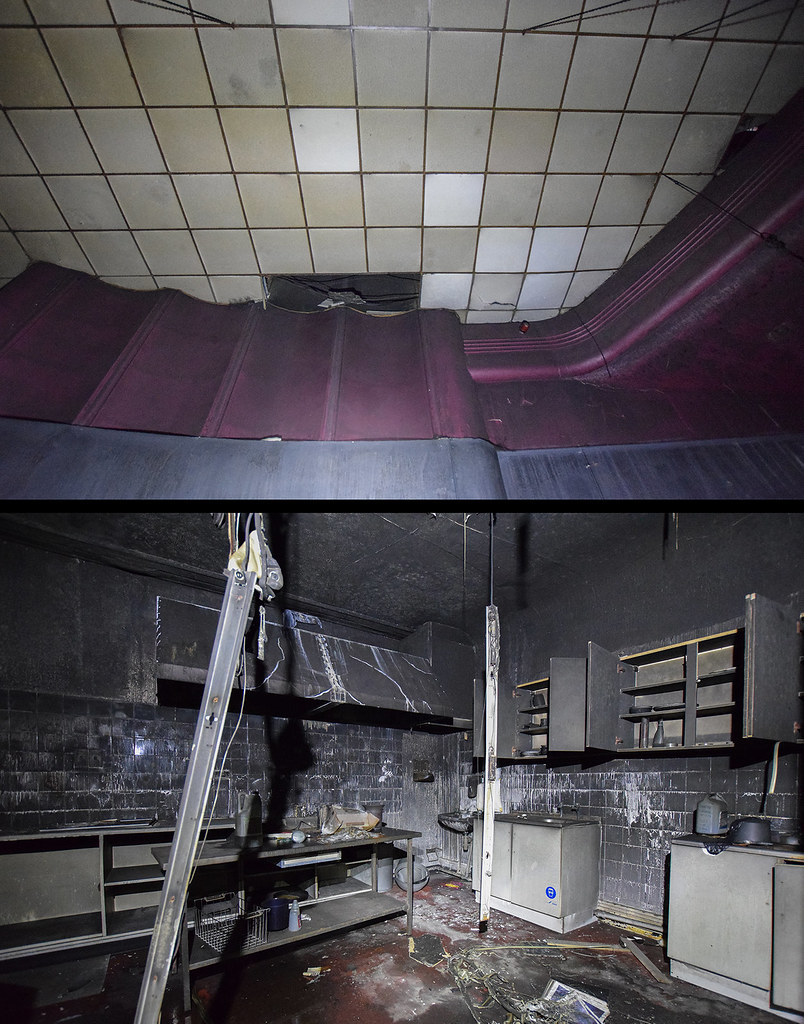 Pool tables dusty but still there. 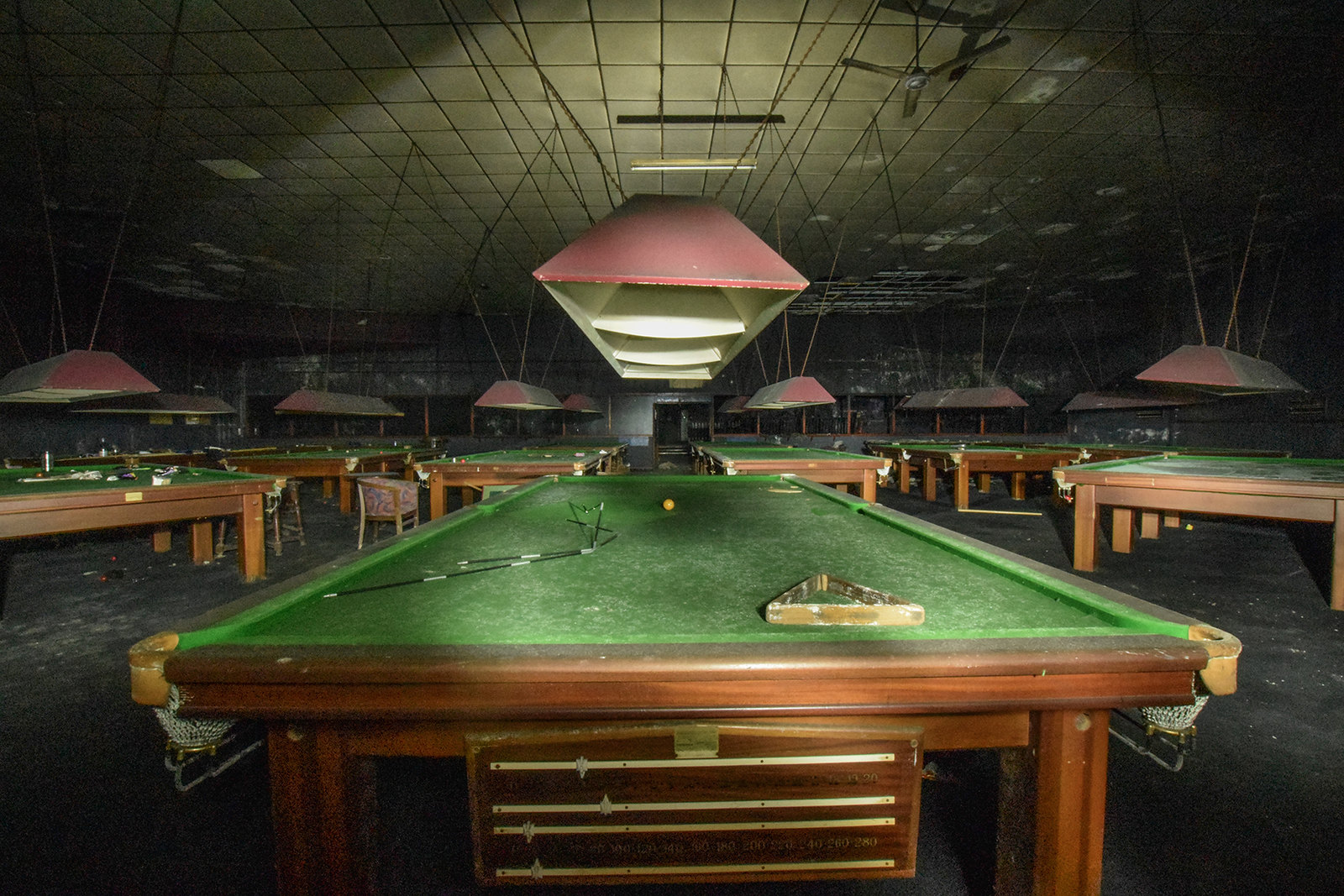 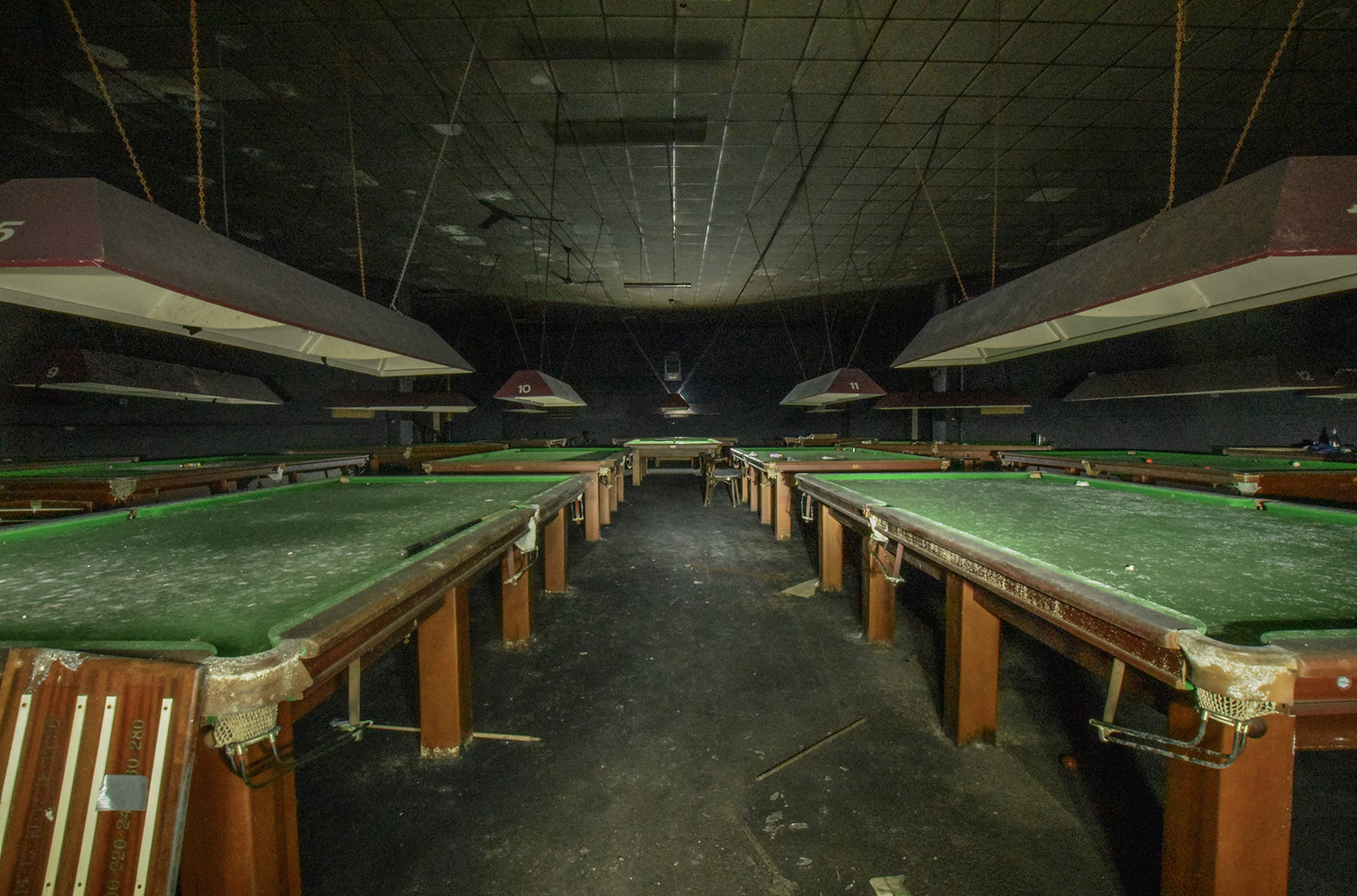 Heading up to the gym section. 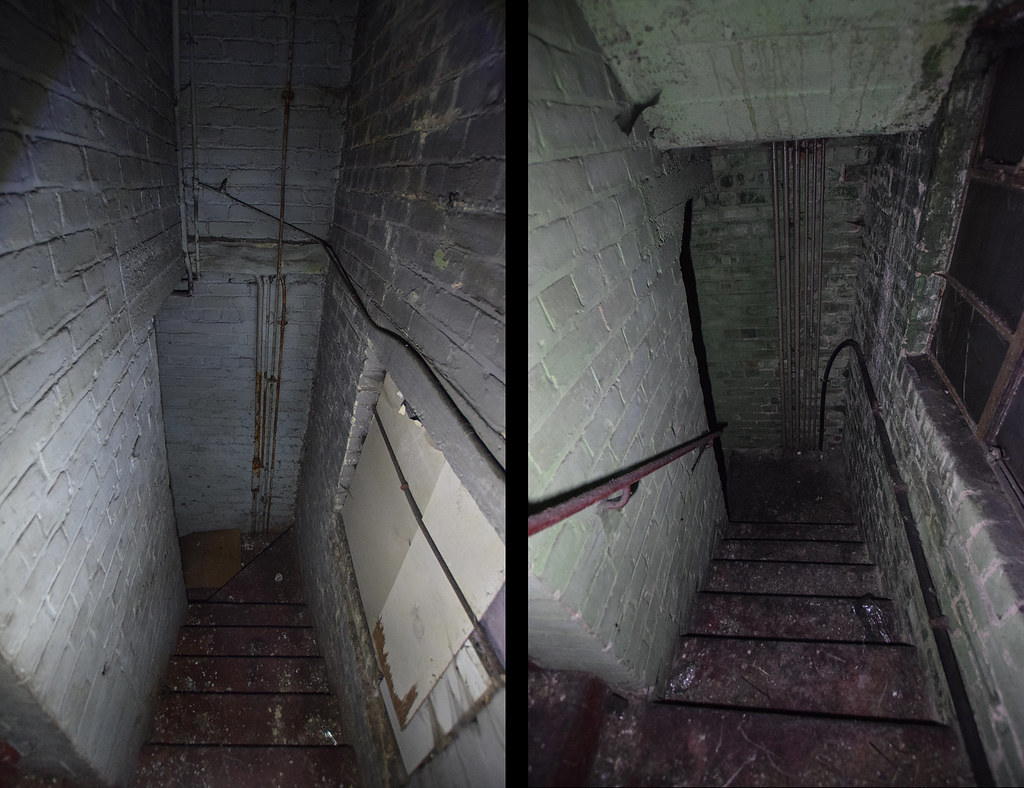 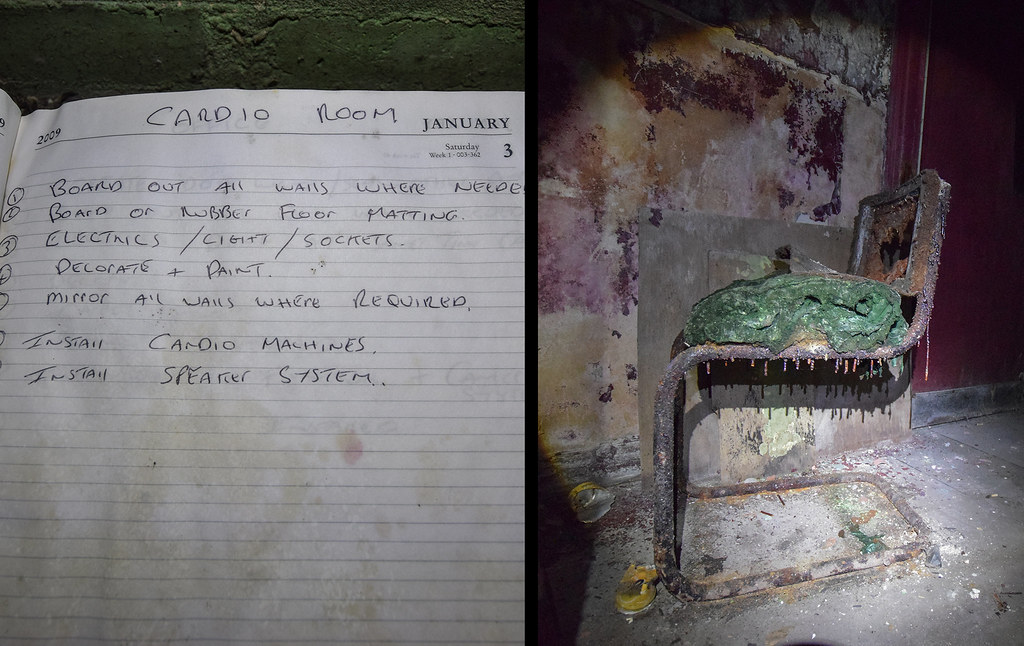 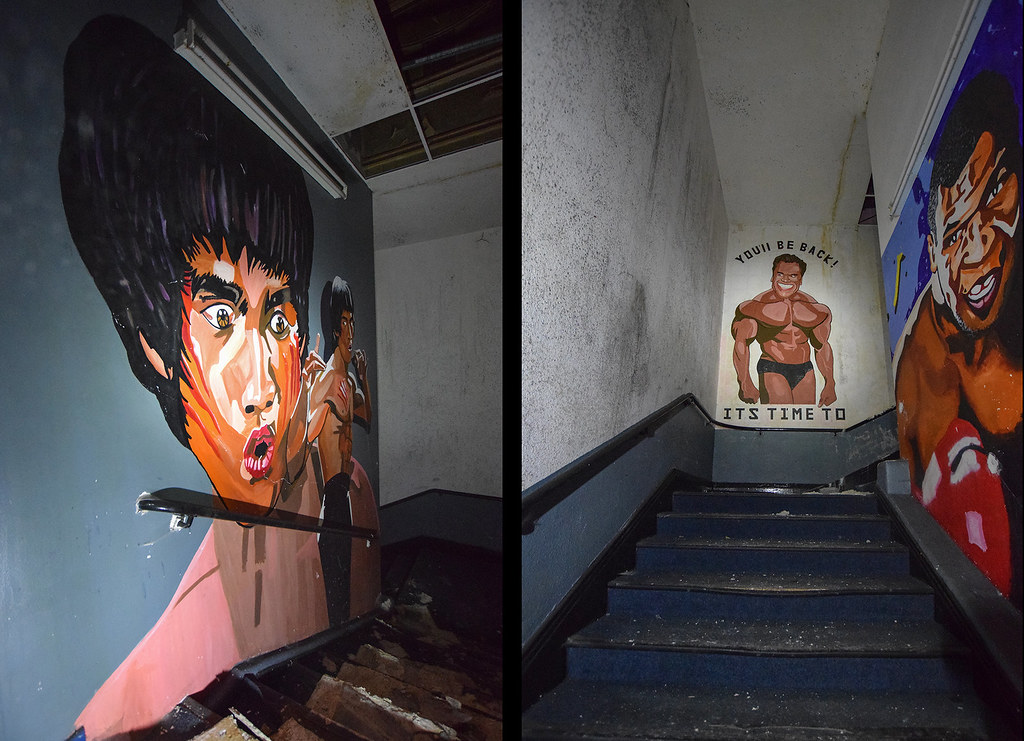 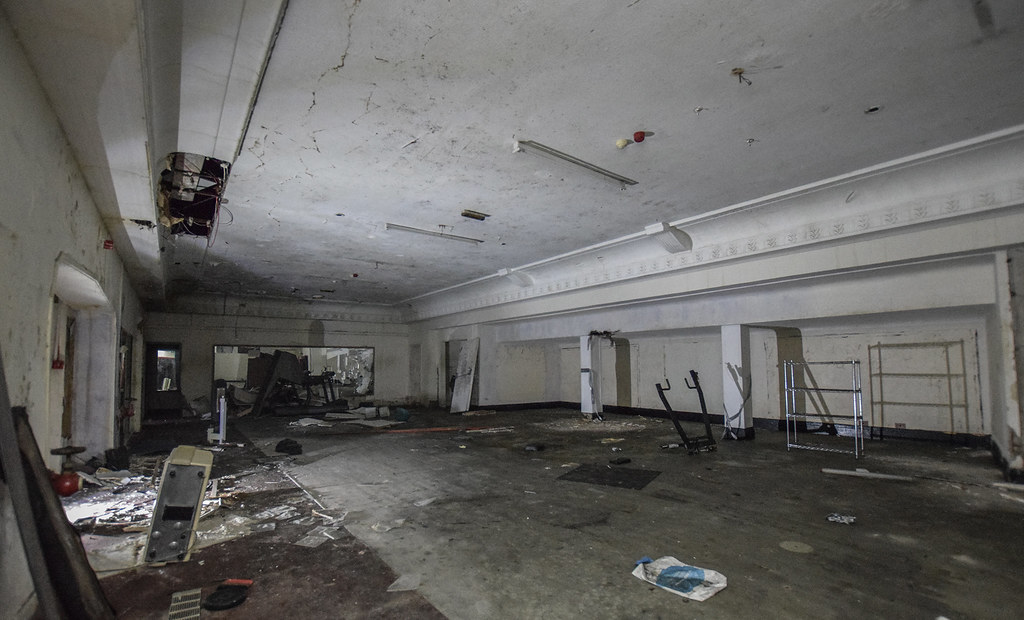 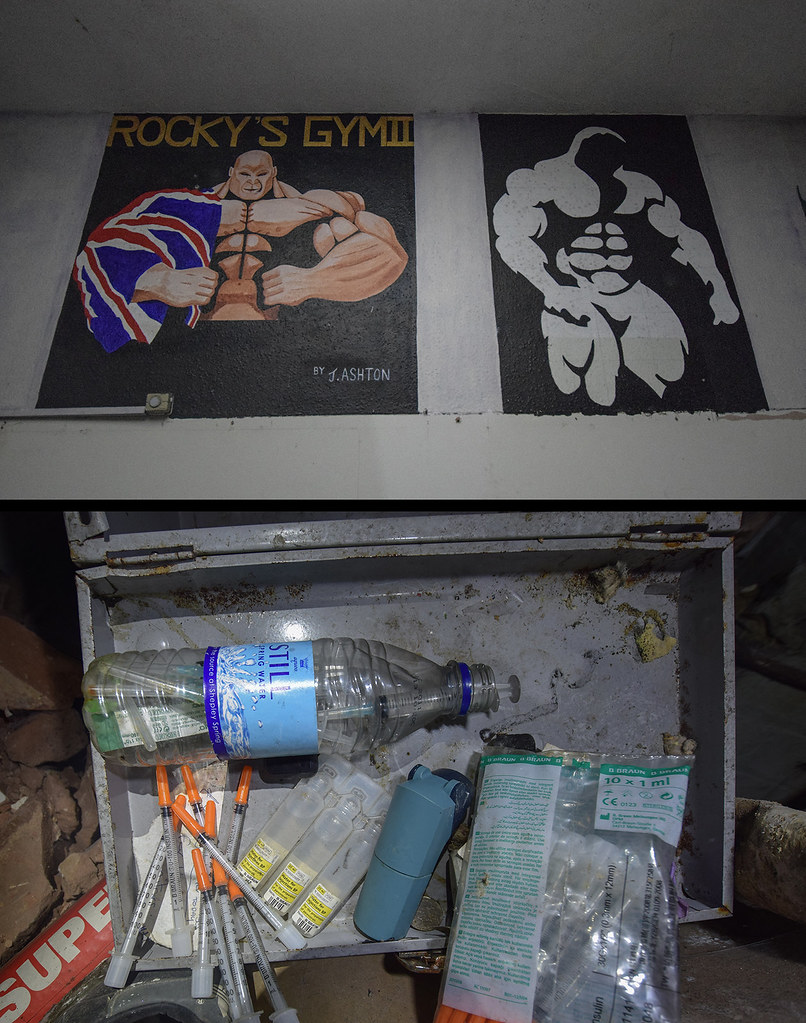 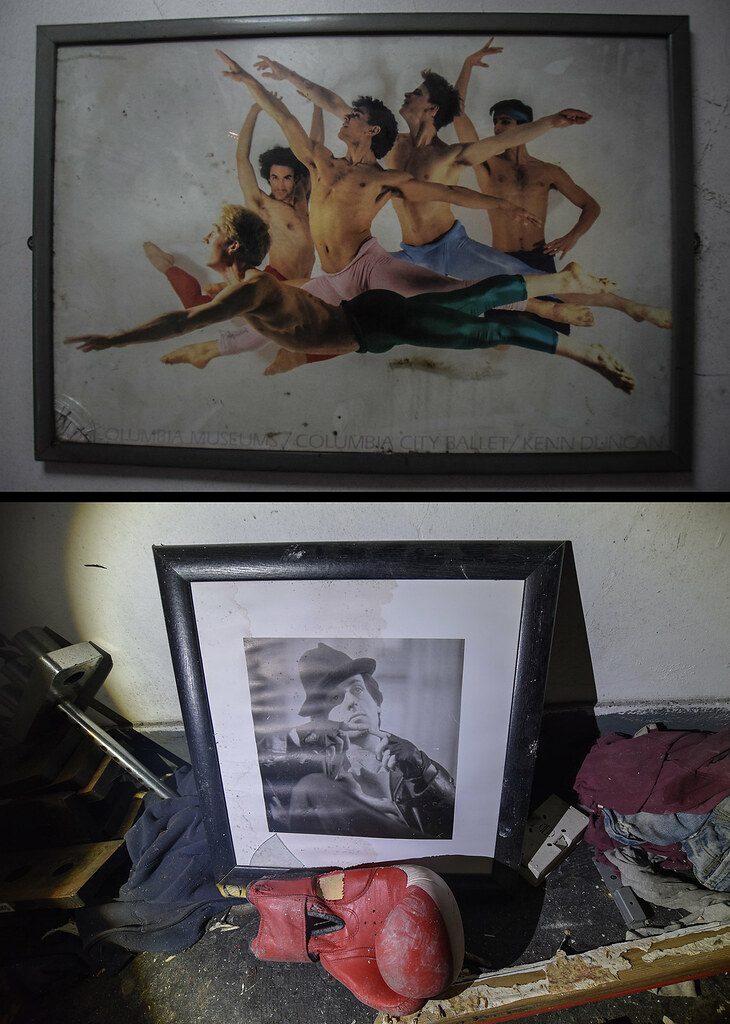 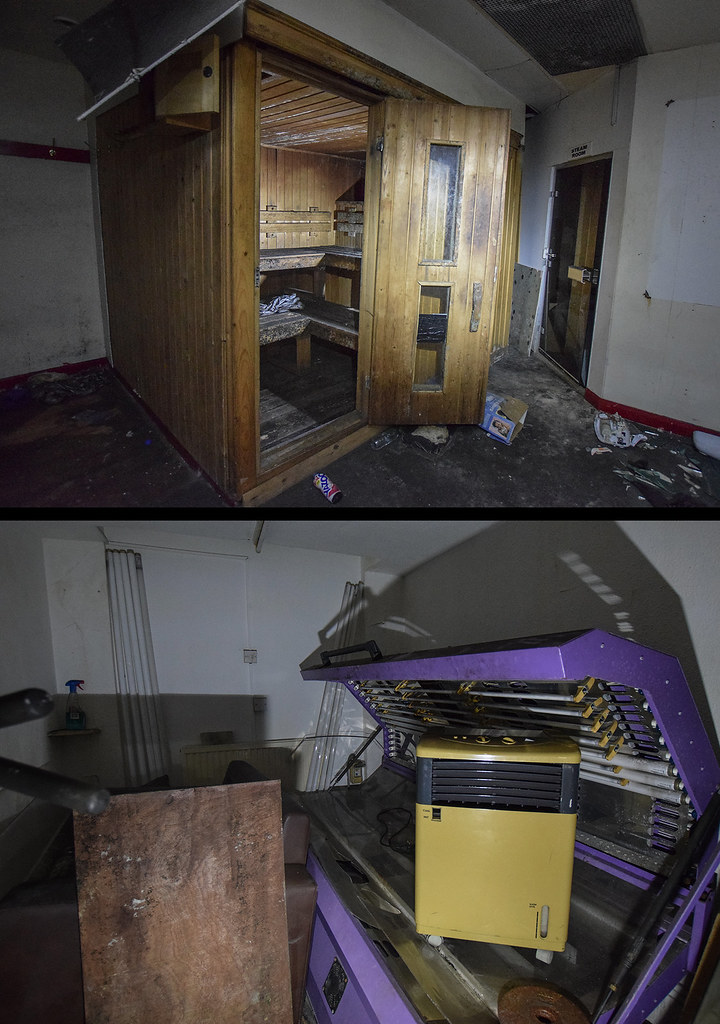 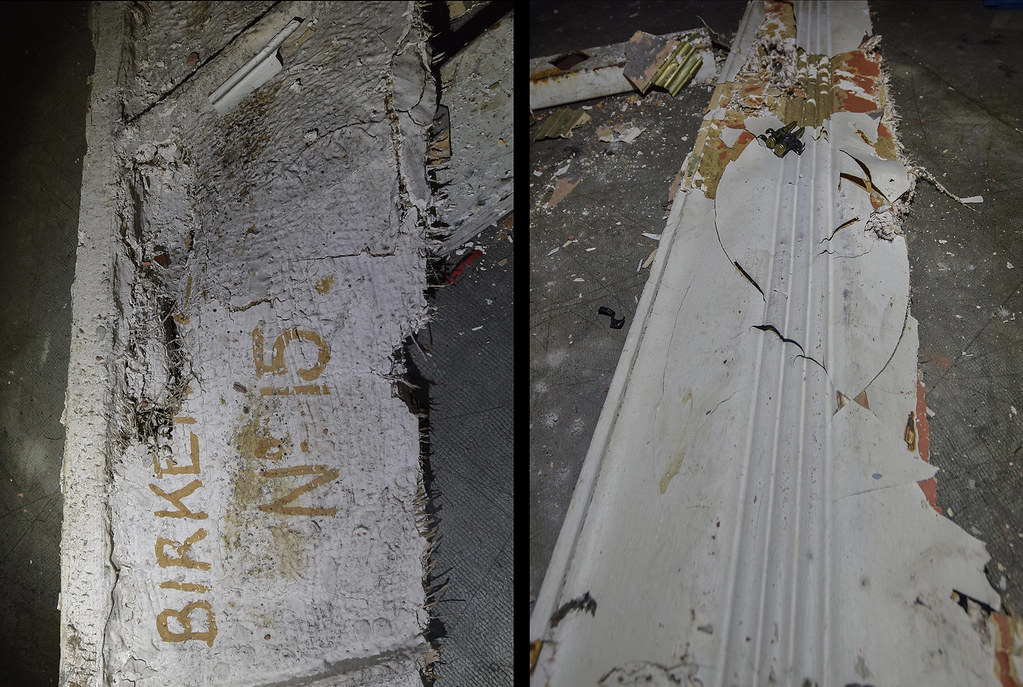 I collected some plastic cinema letters scattered around but could only manage a rather feeble 4 letter word. 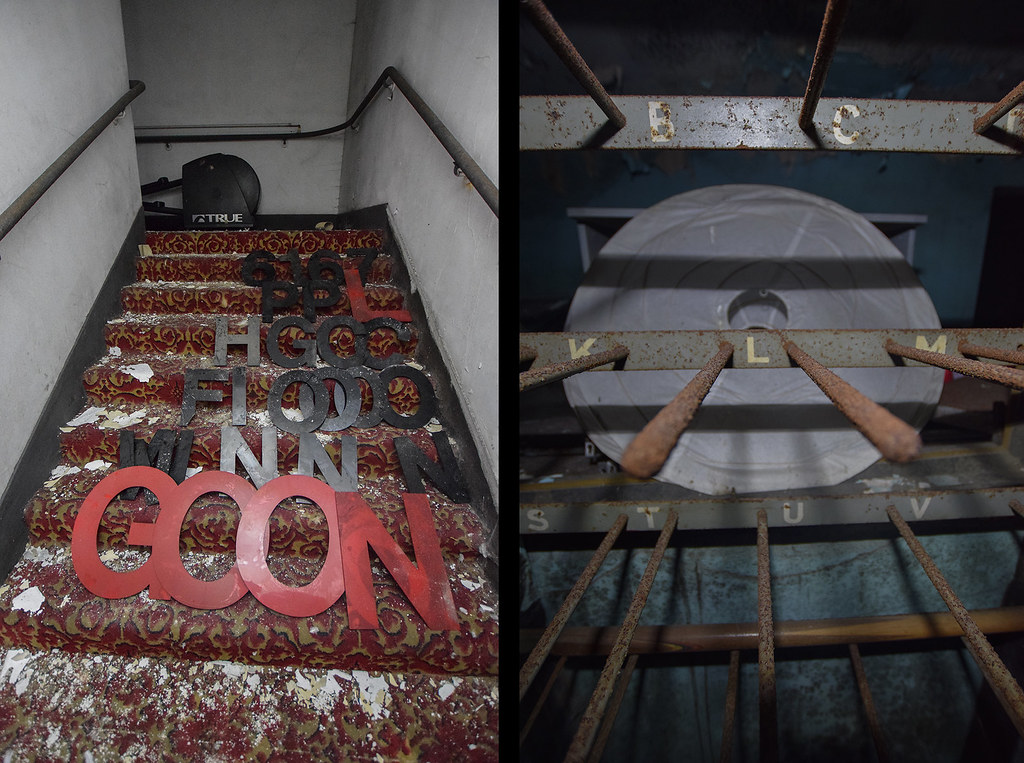 Up to the back of the auditorium. 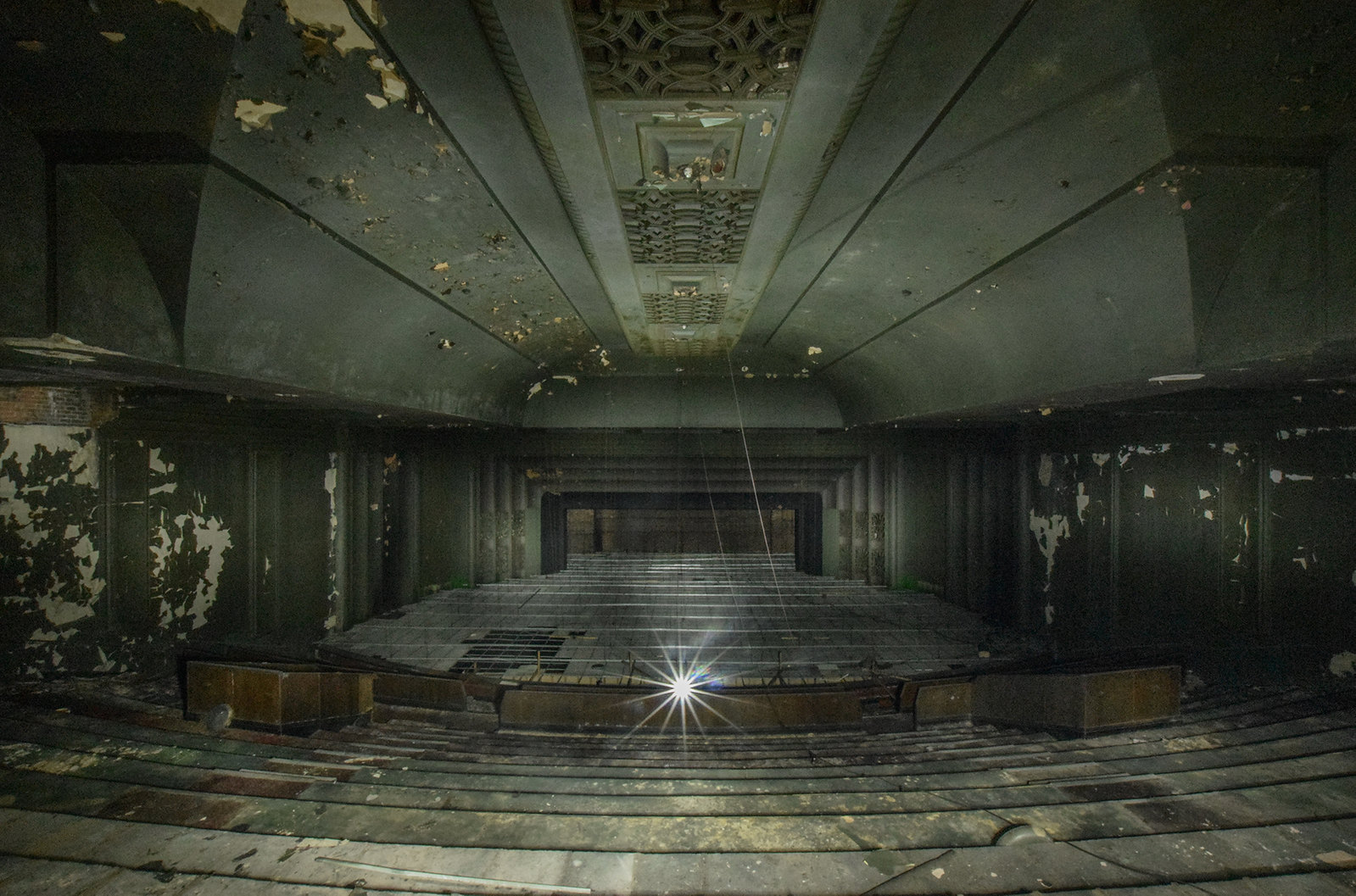 Comparison with an old photo shows that some of the grills next to the arch have been covered over. 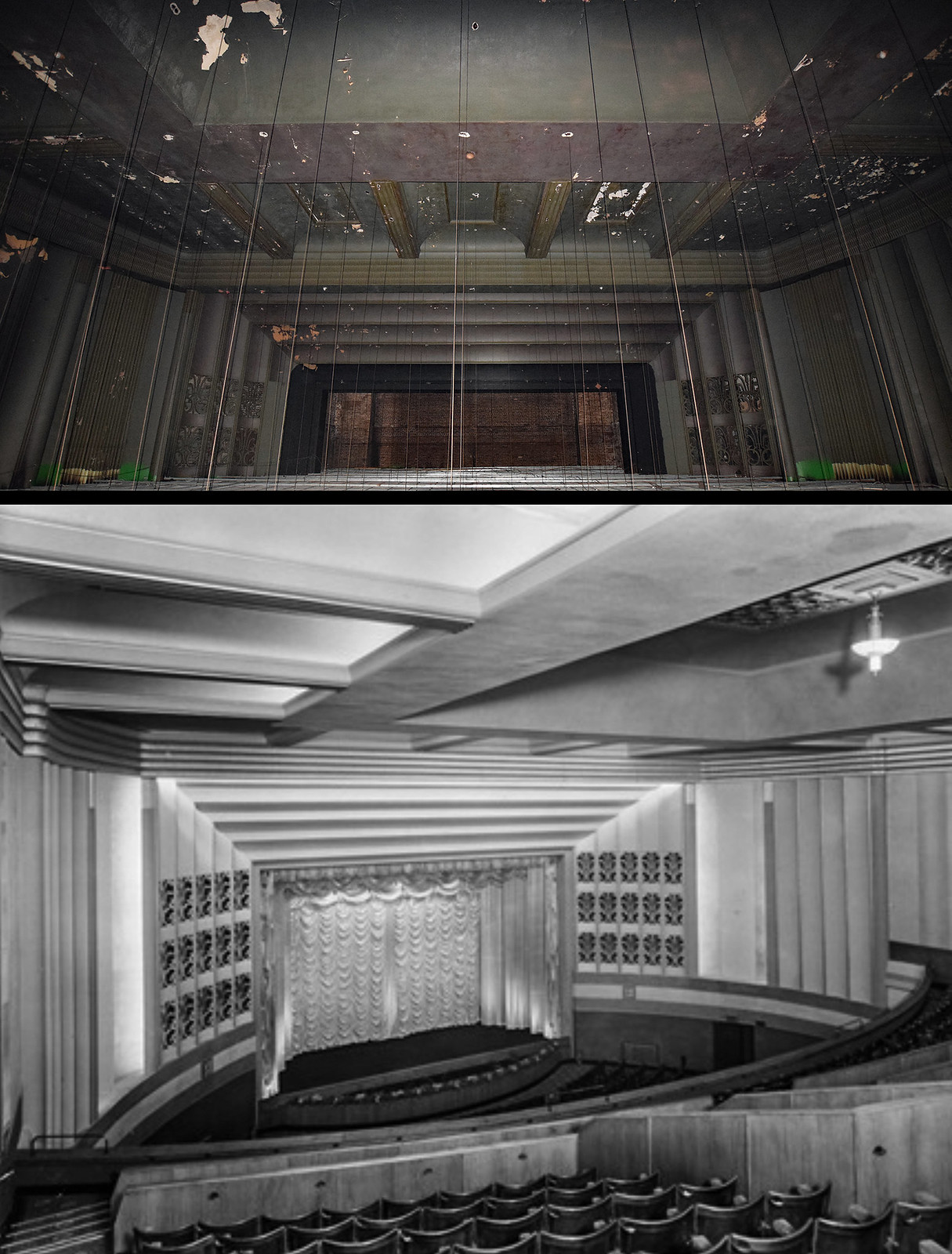 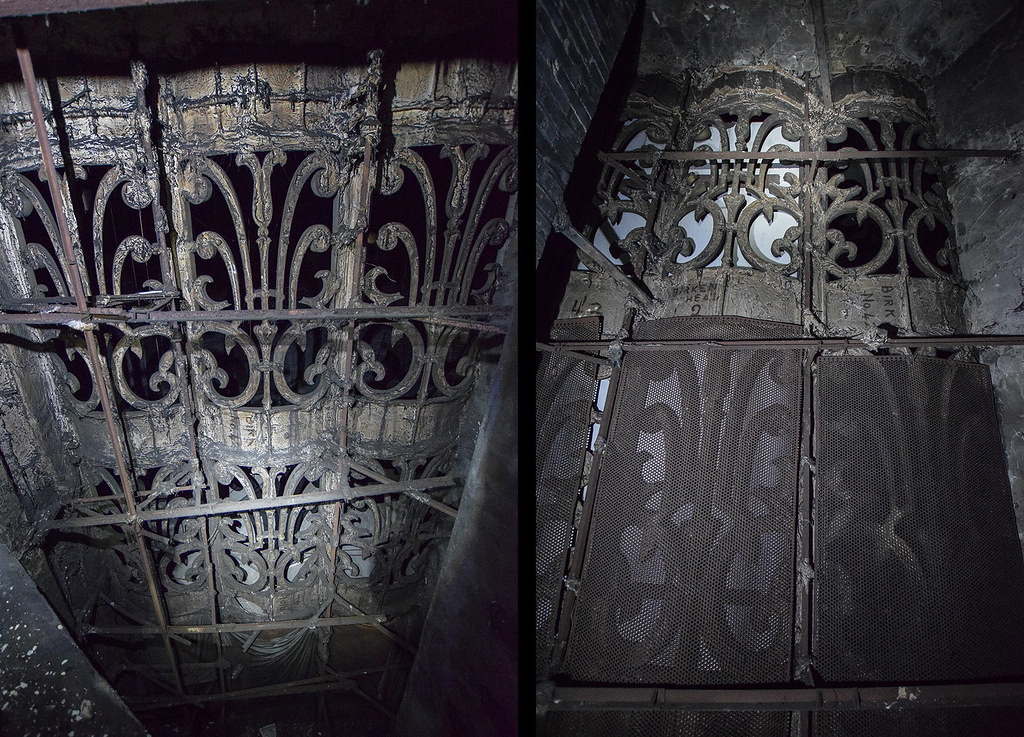 Remains of some old seating. 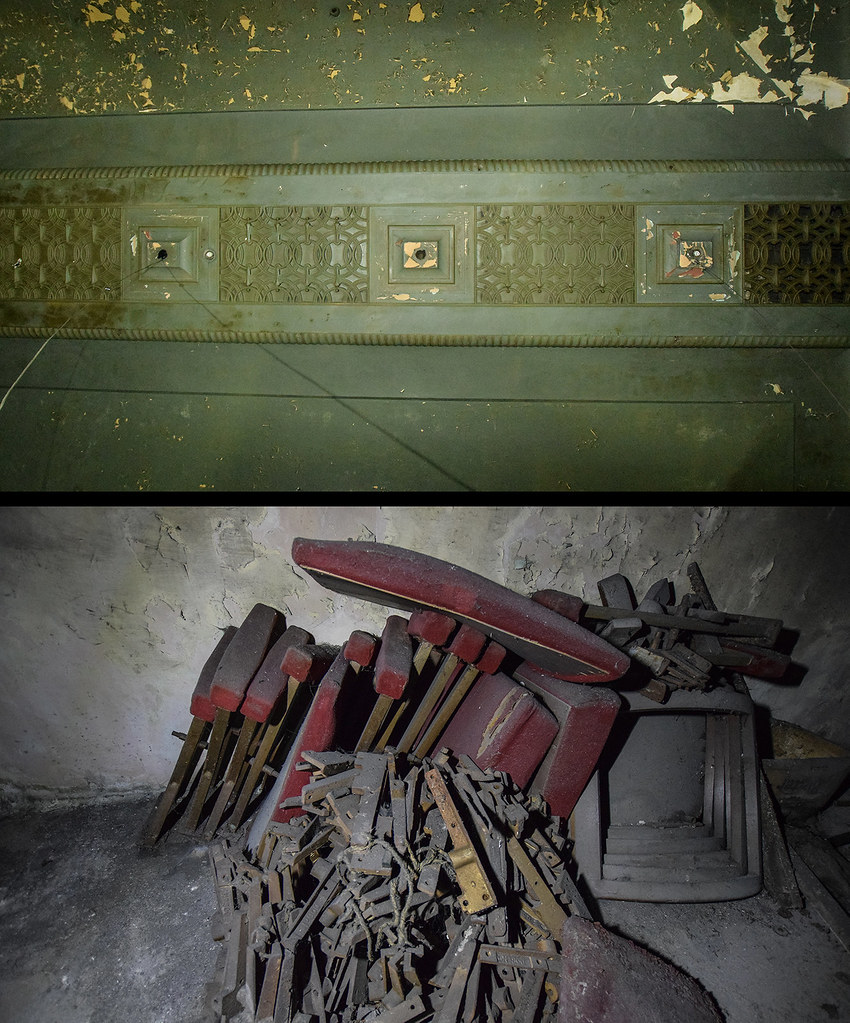 Holes boarded over in the projector room. 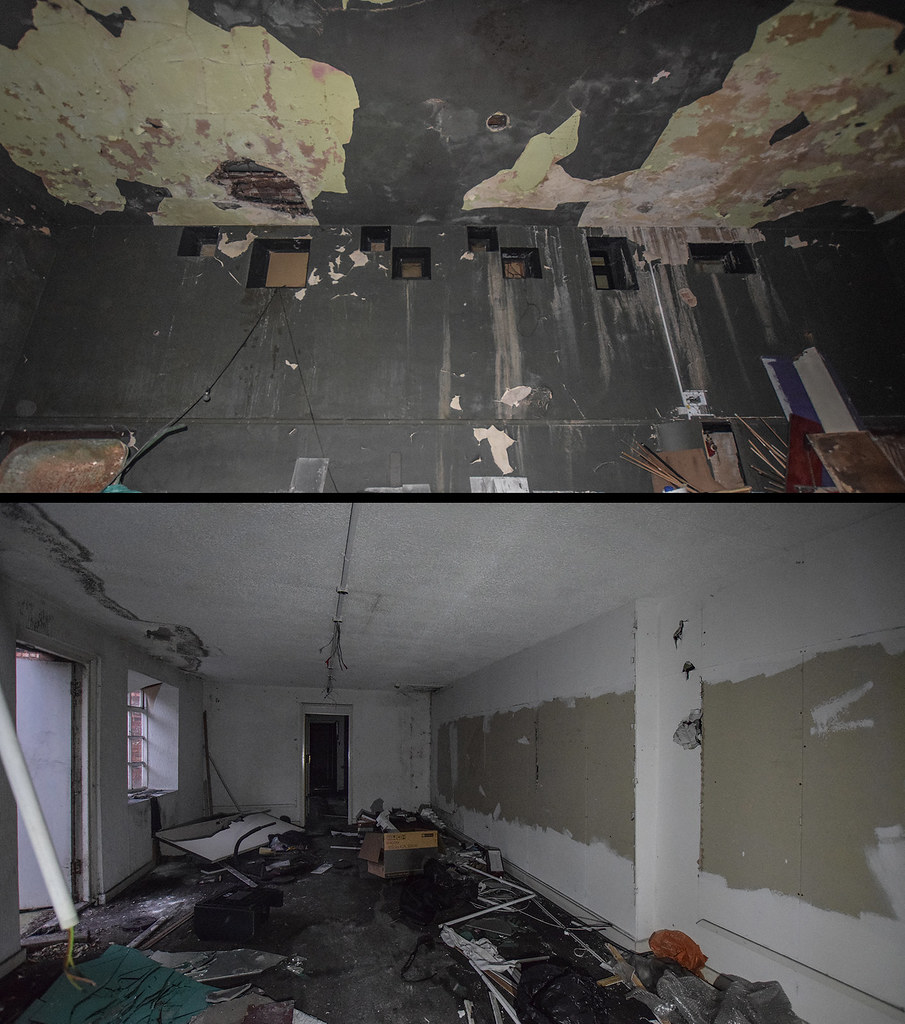 The room opens onto an enclosed balcony, with outdoor winders for the three chandeliers in the foyer. 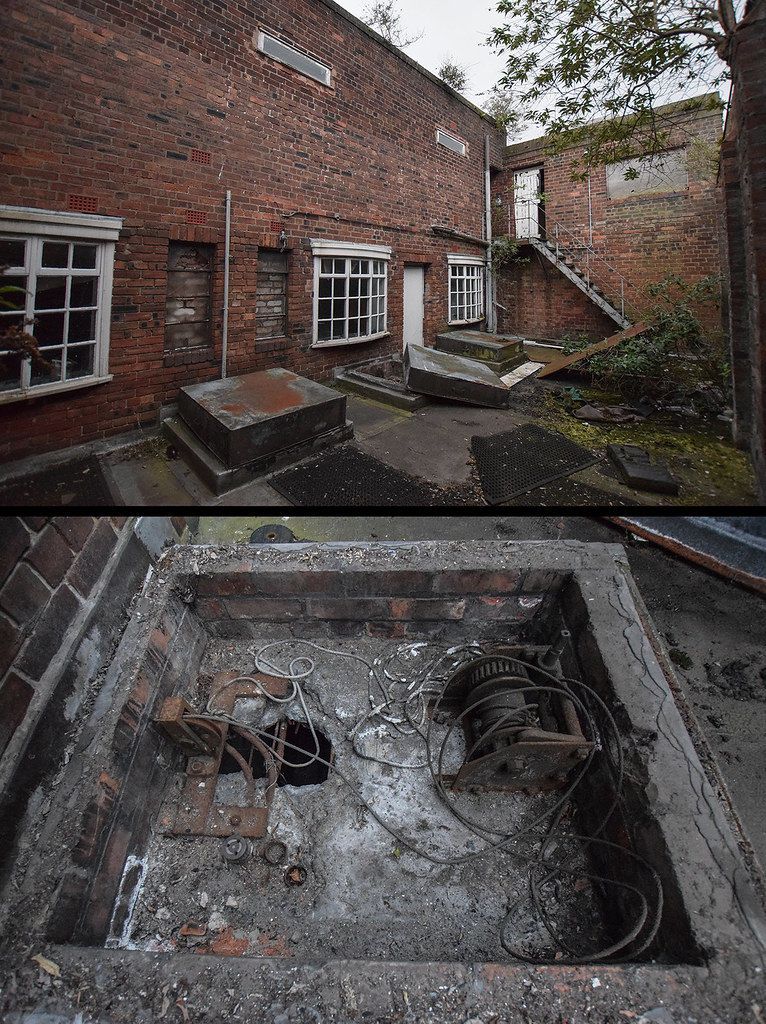 More decayed rooms and a suite on the top floor. 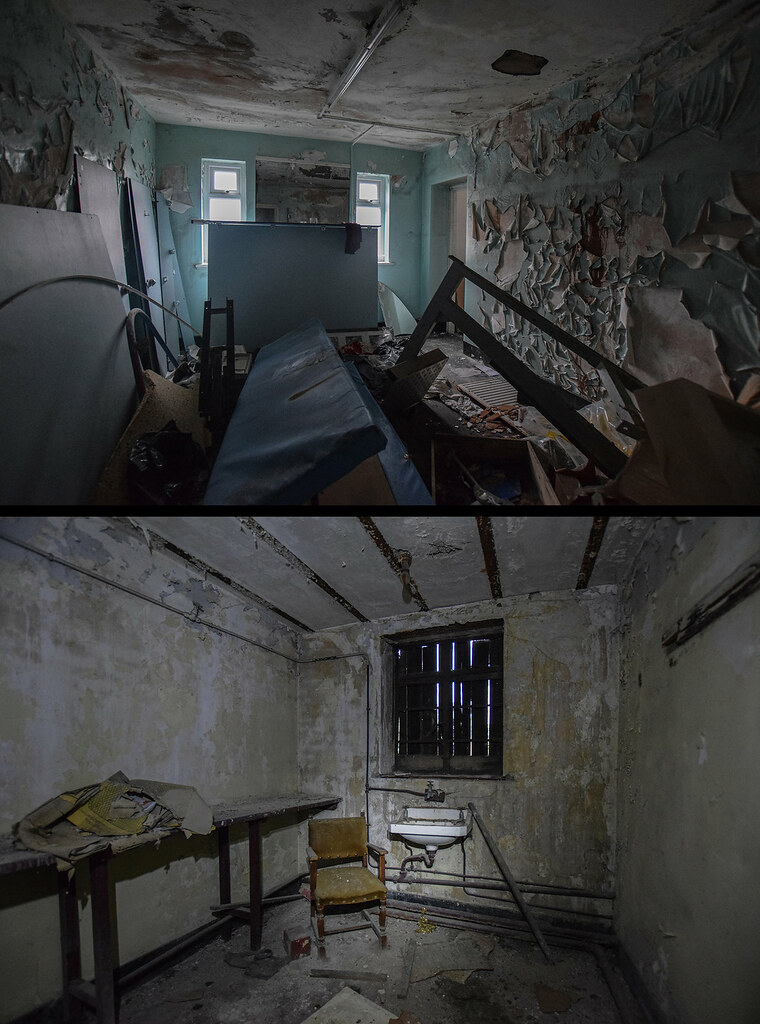 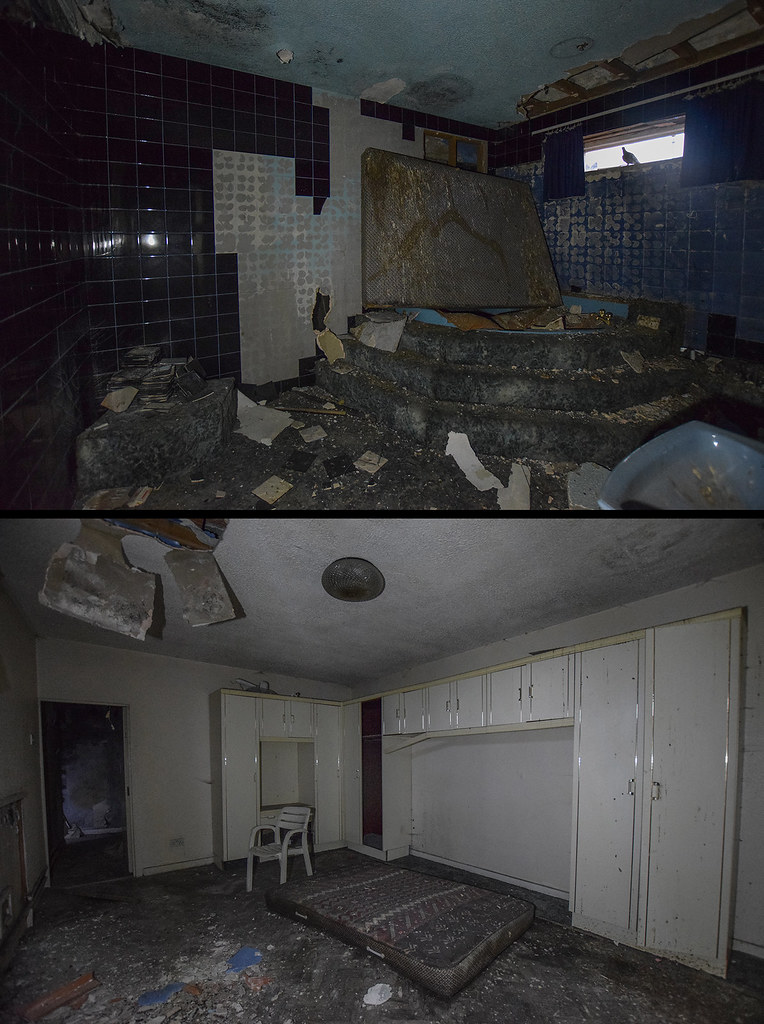 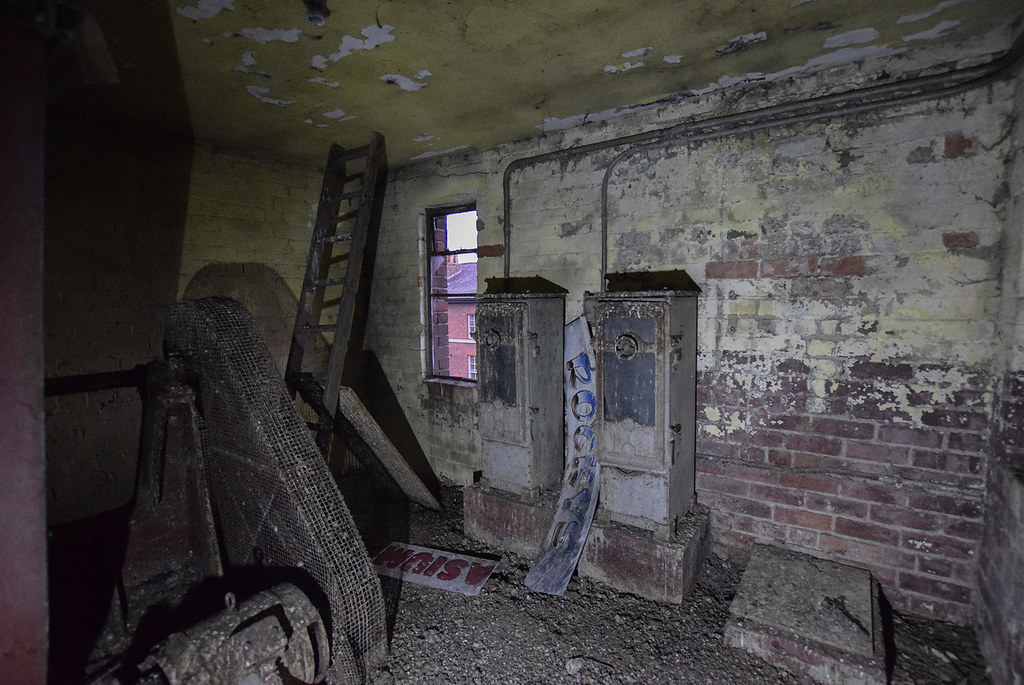 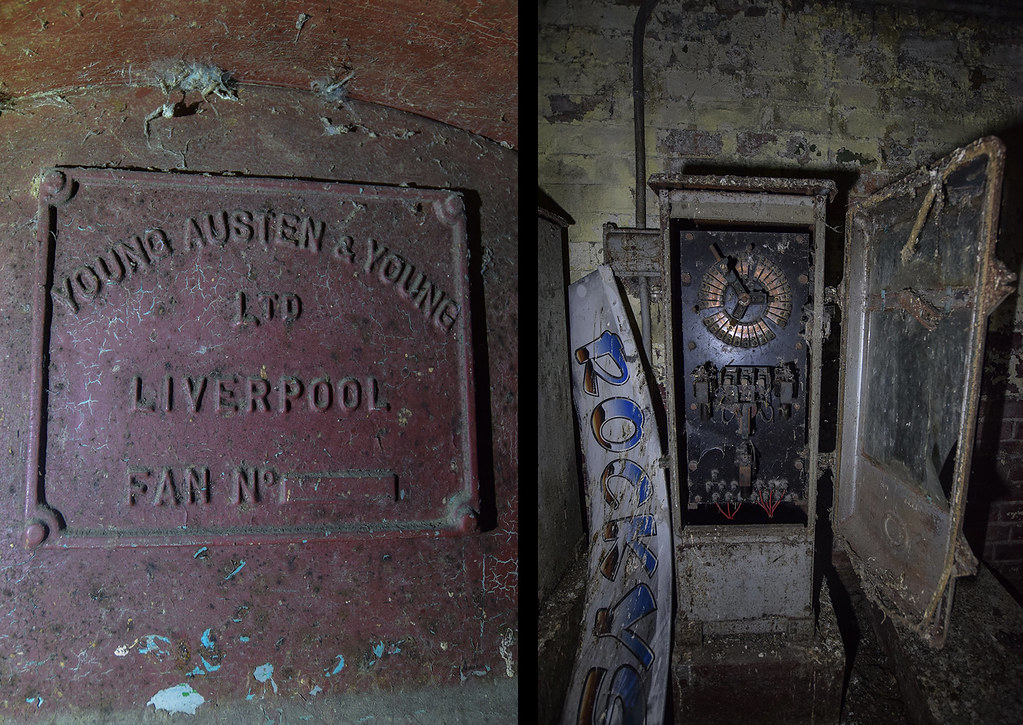 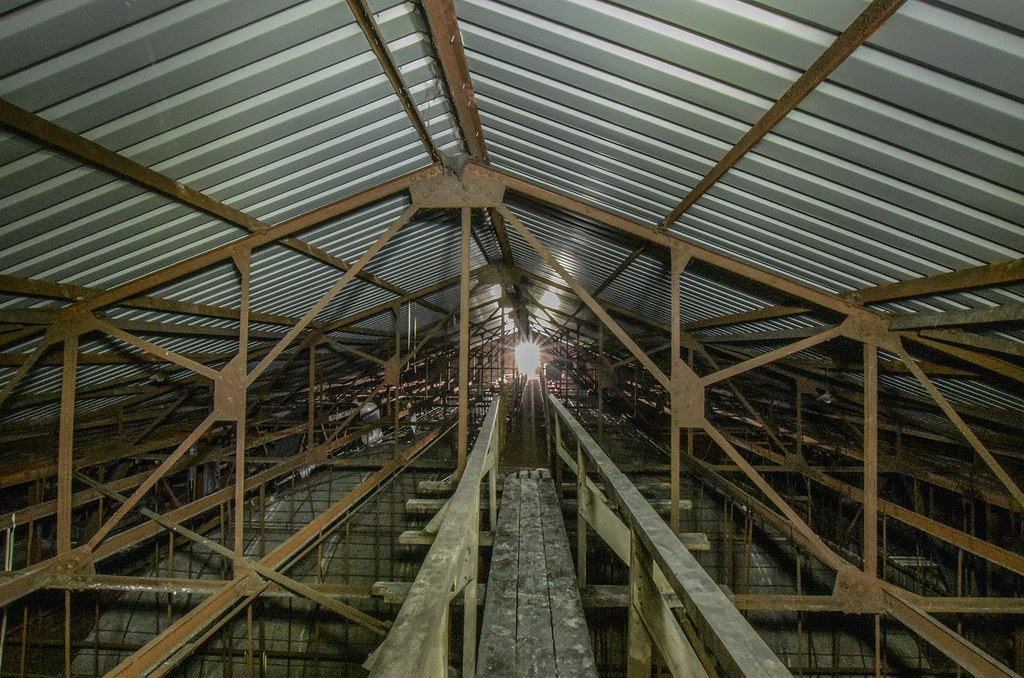 Not much of a view from the roof - the top one is a view north-east showing the three Queensway Tunnel ventilation towers (just), the top of the hydraulic tower of Hamilton Square Station and on the right the towers of Birkenhead Town Hall. Below is a view back from the roof of the town hall since I happened to have one. 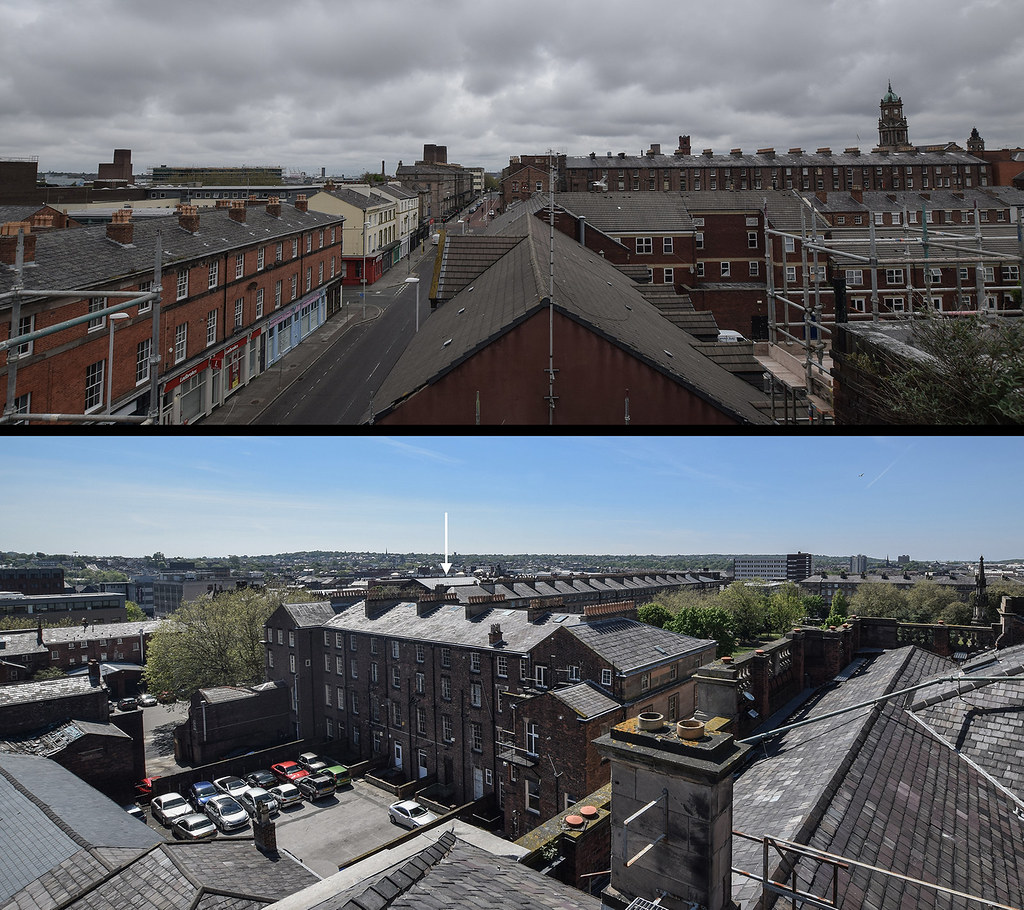 Regular User
I'm yet to do a cinema (unless you count the Southport bingo Hall as one) and this looks like a good one! Great stuff as always
​

Regular User
That is a bit special. Fantastic report.

Regular User
Chemist man slow down boss! Killing it day in day out. So much time for that huge snooker hall. If Liverpool don't win the UCL final after this report ima throw some furniture....
Razorwire.rip

Regular User
One of the better ones to come up recently, lots of original stuff left there! Good work :)

No point in sitting on something that's going to be demolished - might be interest to locals.

Regular User
That is a stunner mate I can see this getting some attention.

Regular User
Brilliant report well done.
Stop The Planet, I Want To Get Off!