Regular User
Walk up any valley in Wales and there will probably be one or more derelict mills.
This one is in the Dre-fach Felindre area, which was the centre of the South Wales woollen industry in the late 1800s.

Three streams converge here (Nant Bargod, Nant Esgair and Nant Bran) and the valleys and village became full of water-powered wool factories, to such an extent that it was dubbed the ‘Huddersfield of Wales’
https://en.wikipedia.org/wiki/Dre-fach_Felindre
Most of these have now gone completely or been converted (one into a wool museum) but quite a few roofless ruins still lurk in the woods.
And these really are ruins - little more than crumbling walls and maybe a few scraps of machinery.

The Glan Bargod factory, dating from before 1888, was one of about ten on the Nant Bargod.
But apart from a name on a map that’s all the information I can find.
The hydraulic setup, as best I can reconstruct it anyway, is shown on the 1906 map below.
Water was extracted quite far upstream (south) and the mill race/leat contoured north parallel to the main river.
Another factory (Gilfach) was built later, apparently using the same mill race - this is now someone’s house. 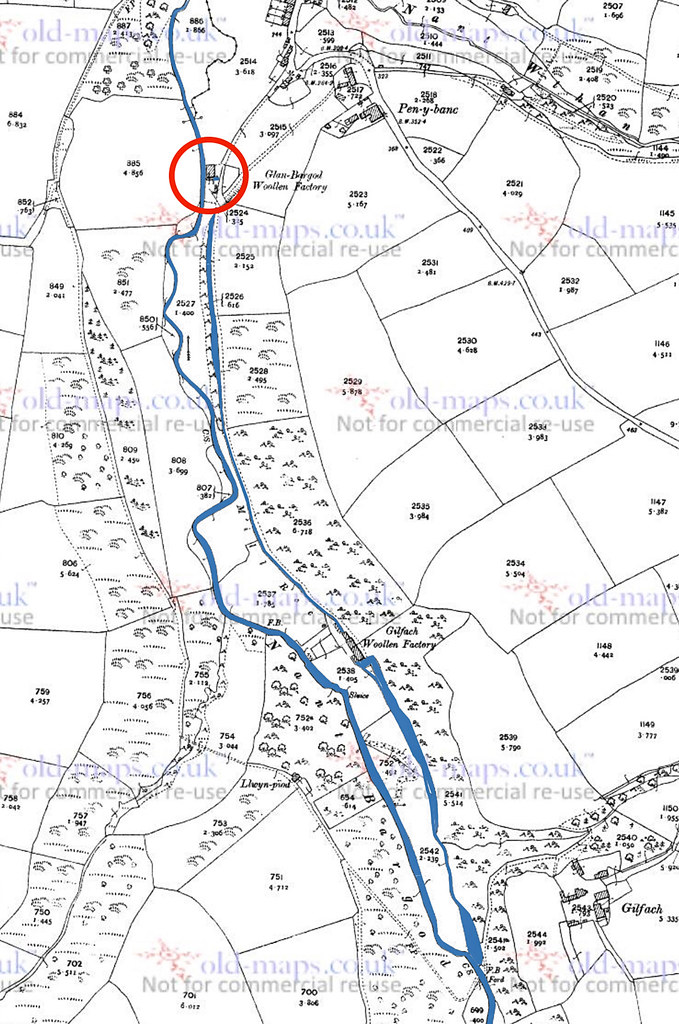 Approaching from the north, the main building is a complete wreck, but there’s a line shaft coming through the far wall and some interesting gears visible through a window. 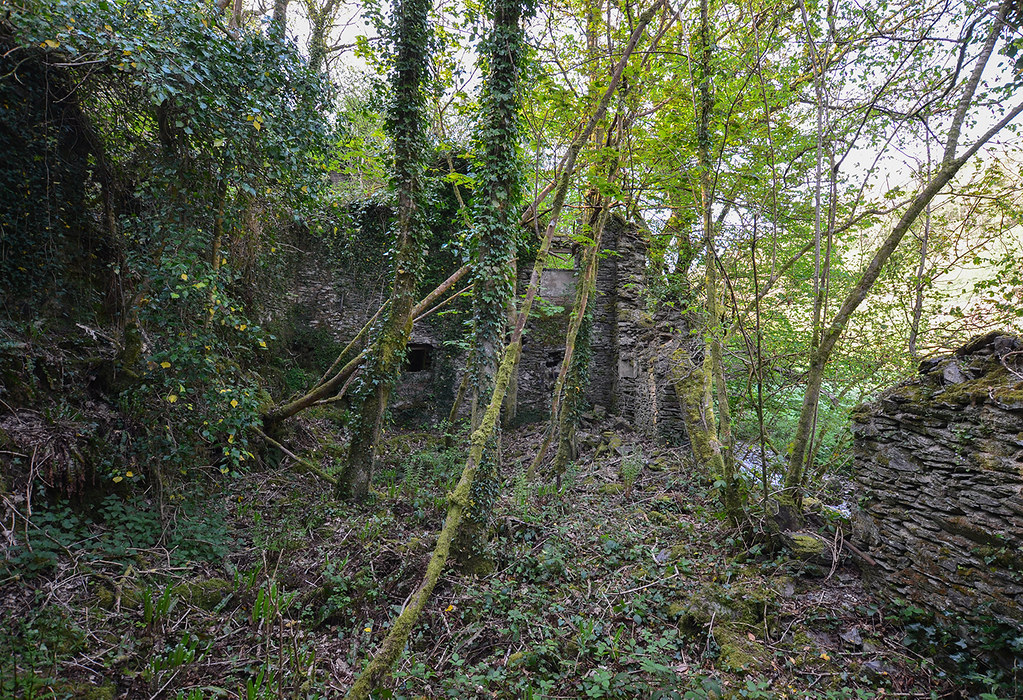 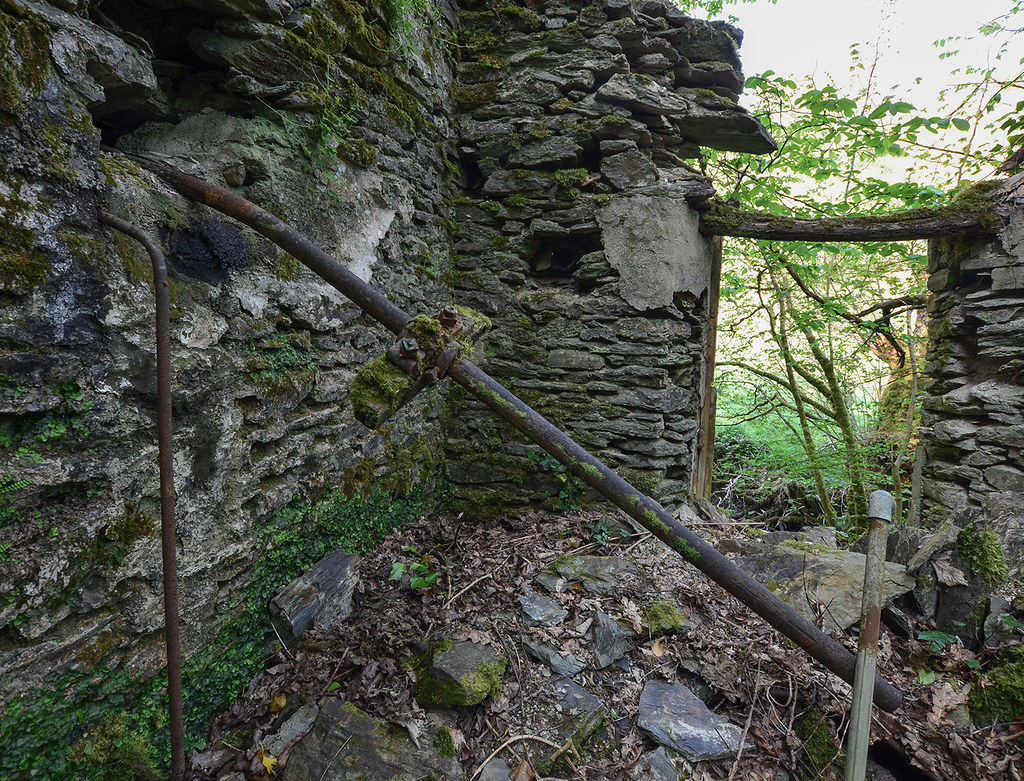 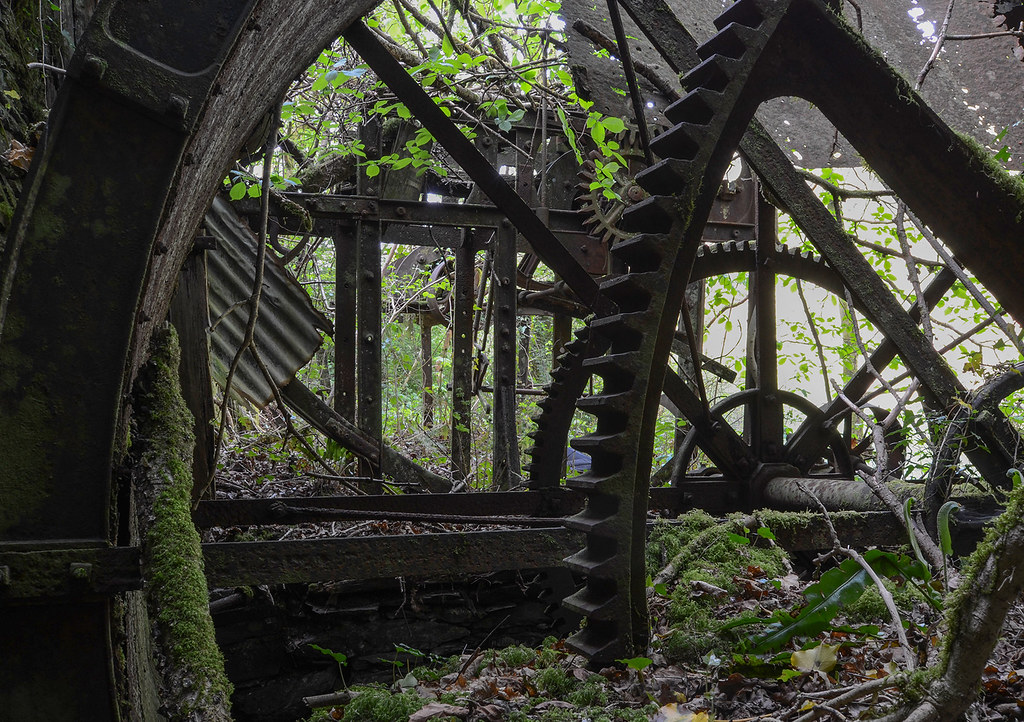 The site was powered by this overshot wheel which drove the line shafting. 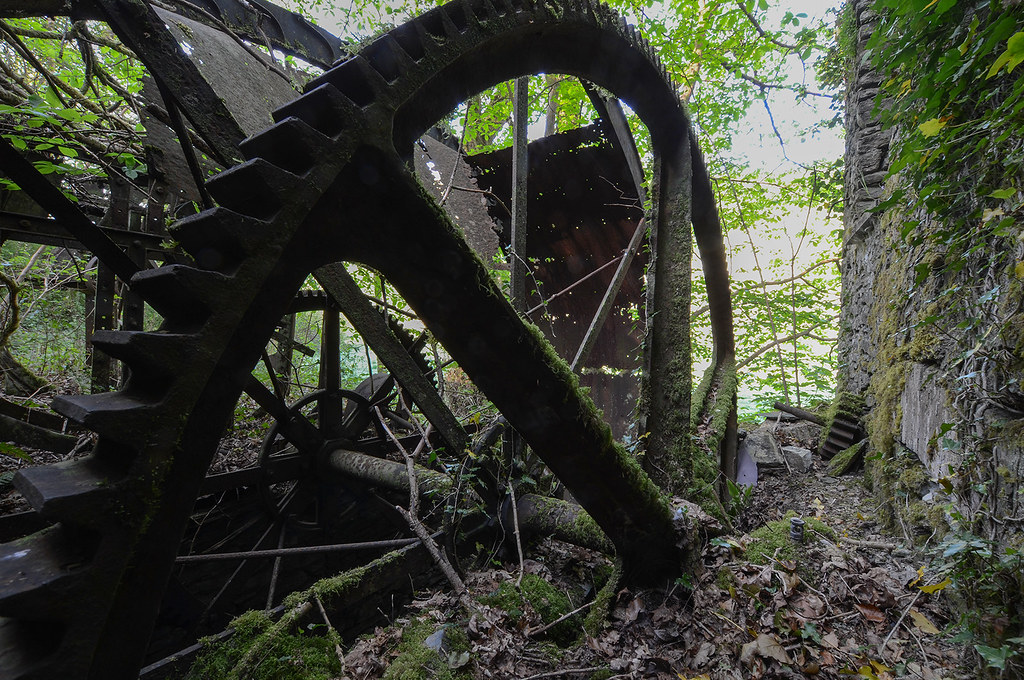 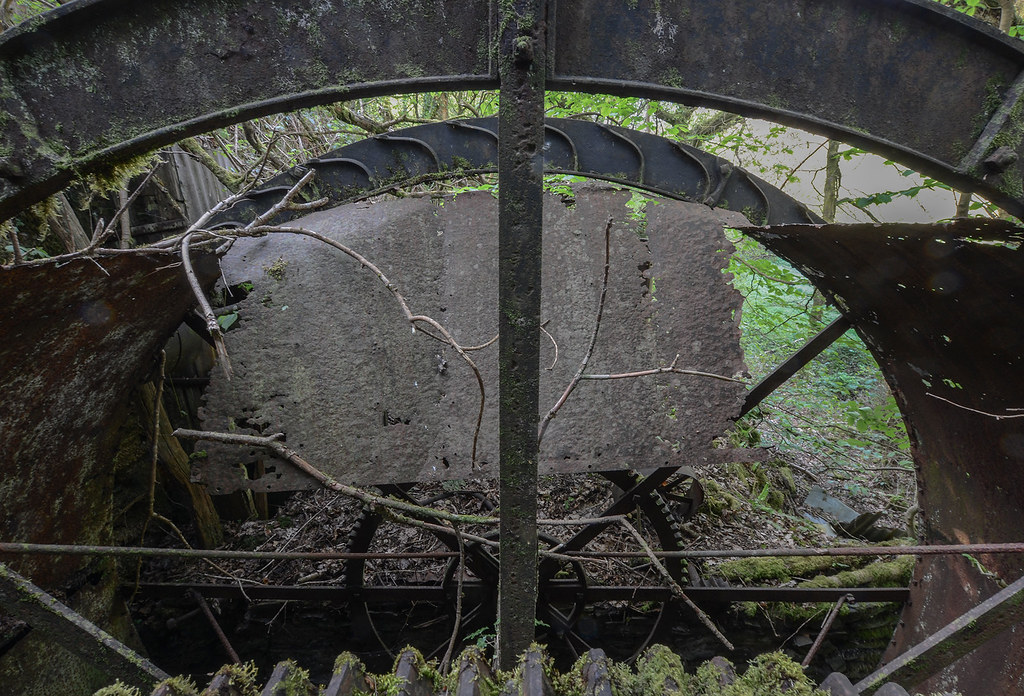 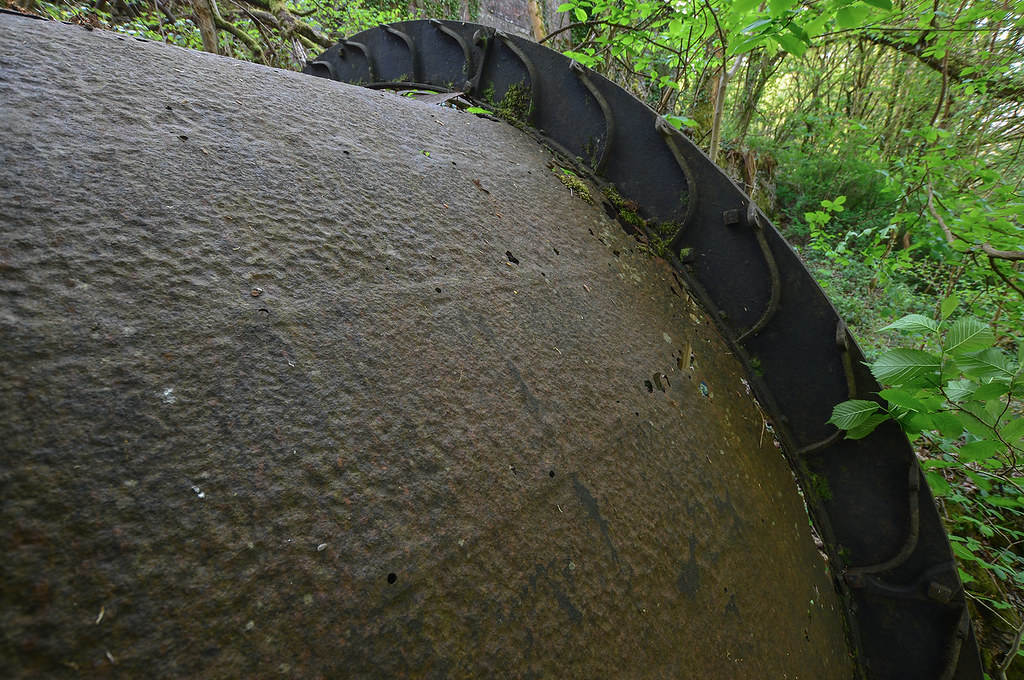 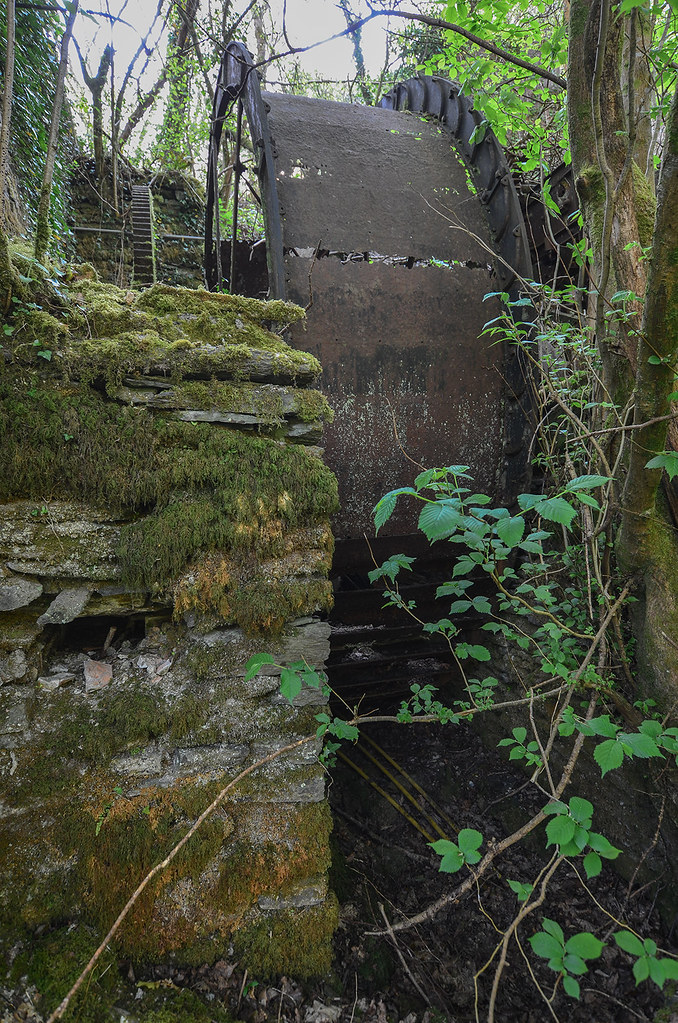 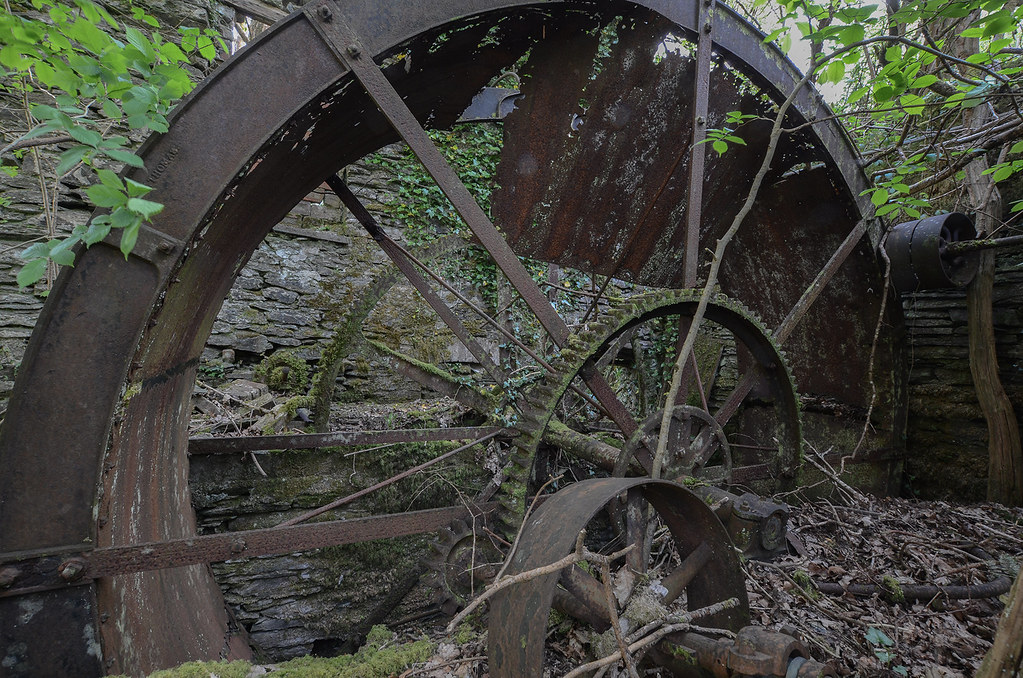 It was made by T. Thomas in what became the Bridgend Foundry in Cardigan. 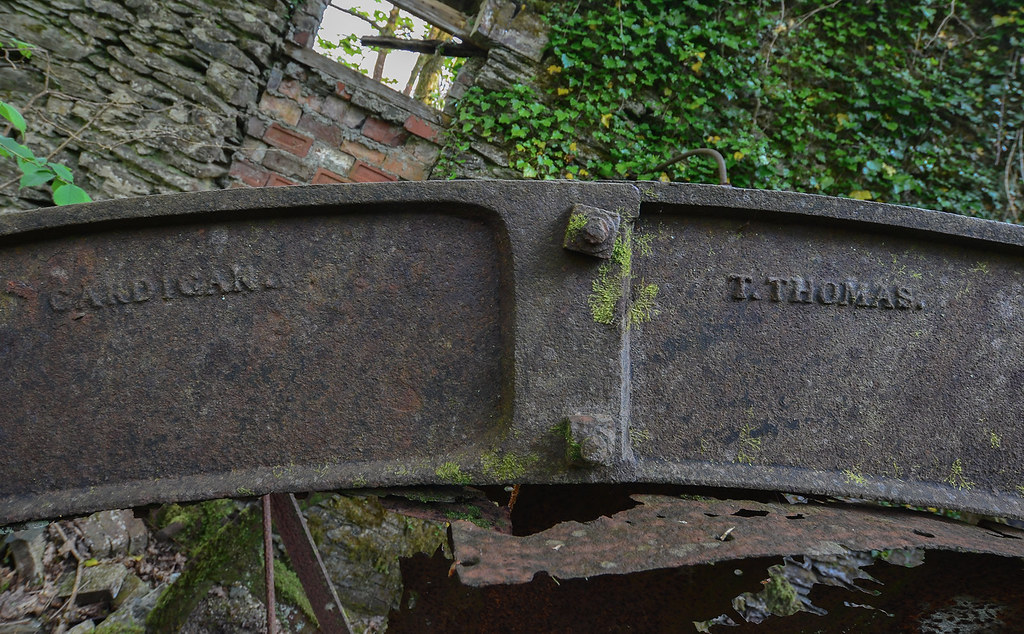 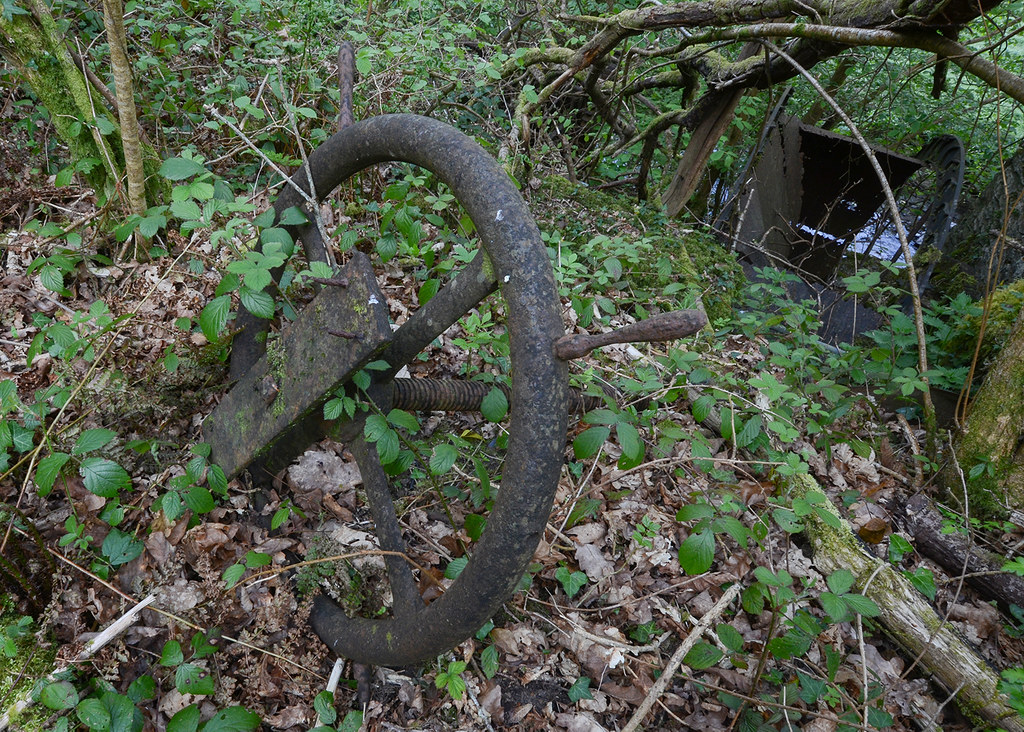 Next to the wheel is a belt-driven machine, but knowing little about wool processing I can only guess what it did.
It looks like something was channelled along a wooden trough between a pair of meshing rollers, a bit like a mechanised flax breaker.
Remains of wooden chutes suggest water may have been involved.
Maybe a rotary fulling/milling machine - pictures from a few angles in case anyone recognises it. 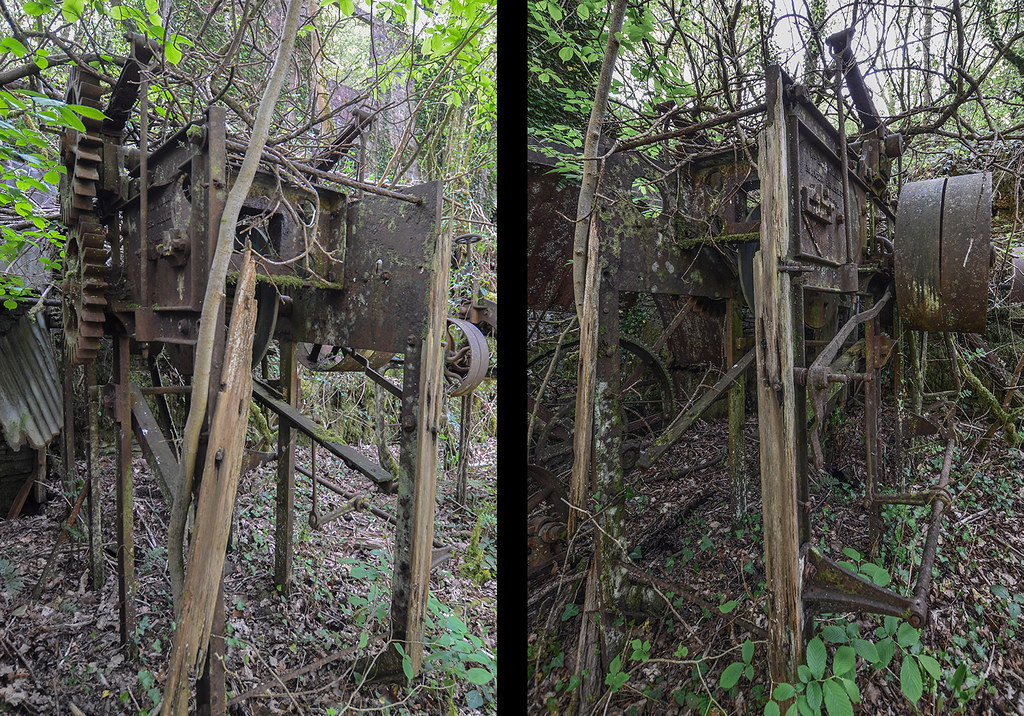 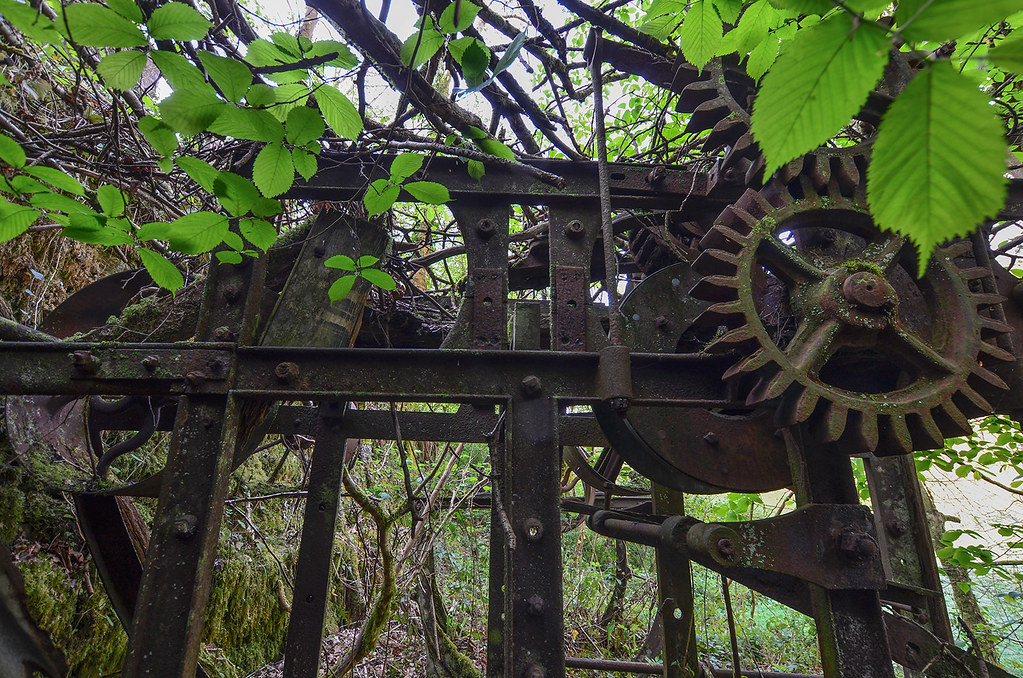 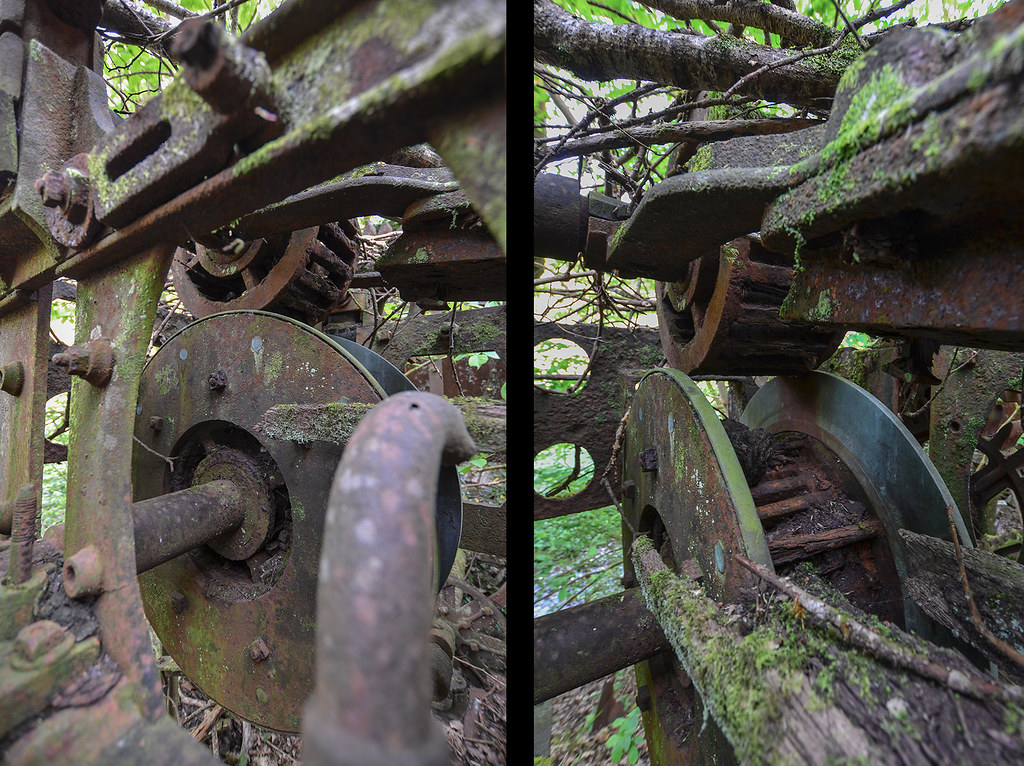 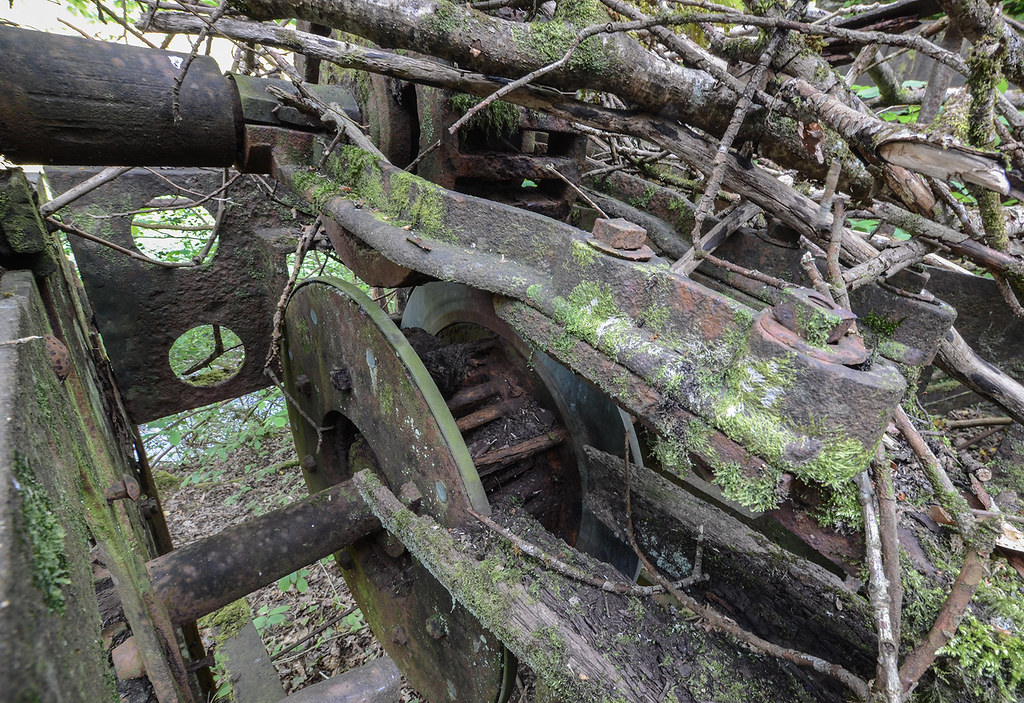 A bad phone picture of the maker’s plate which says ‘Wm Bottomley Maker Bramley Nr Leeds’.
Google suggests this may have originated from the Globe Foundry in Moorside. 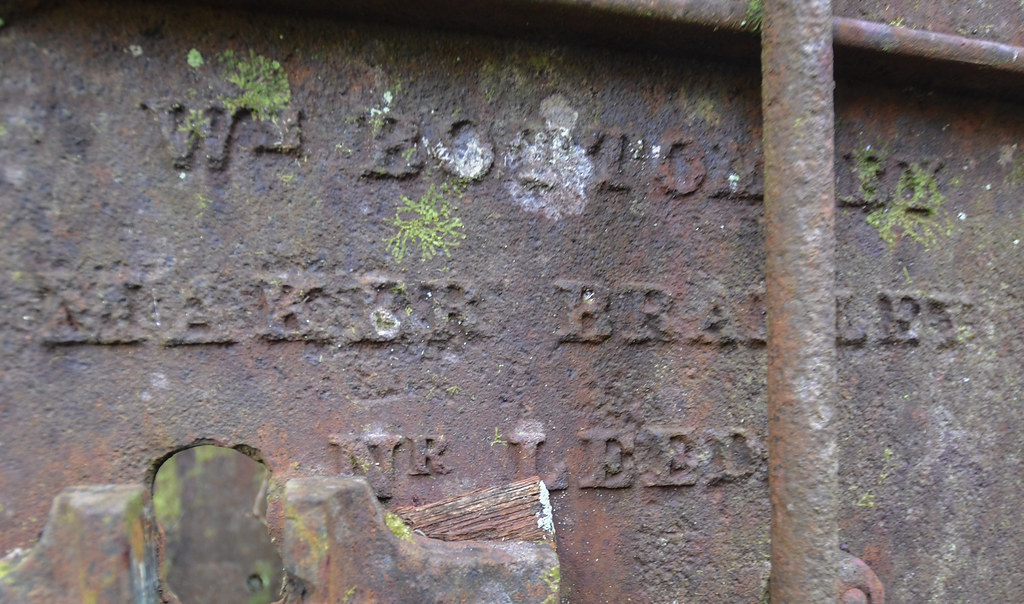 Next door is another belt driven machine - another type of finishing device I’m guessing, with the mangle-like rollers circulating looped fabric through a bath below, now missing.
No maker’s plate that I could find. 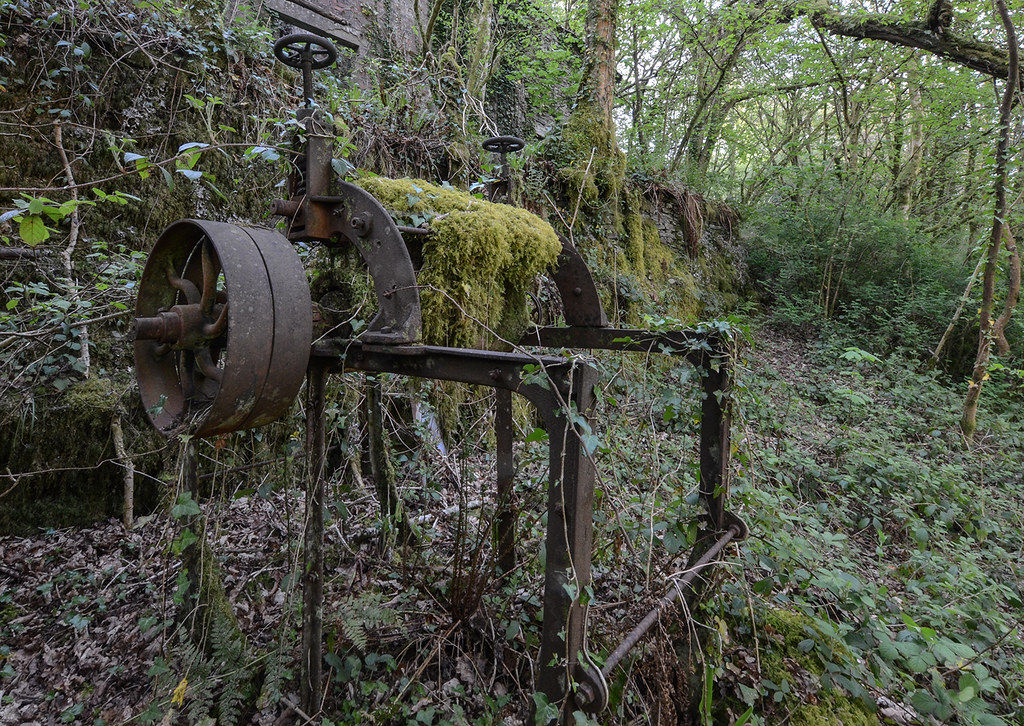 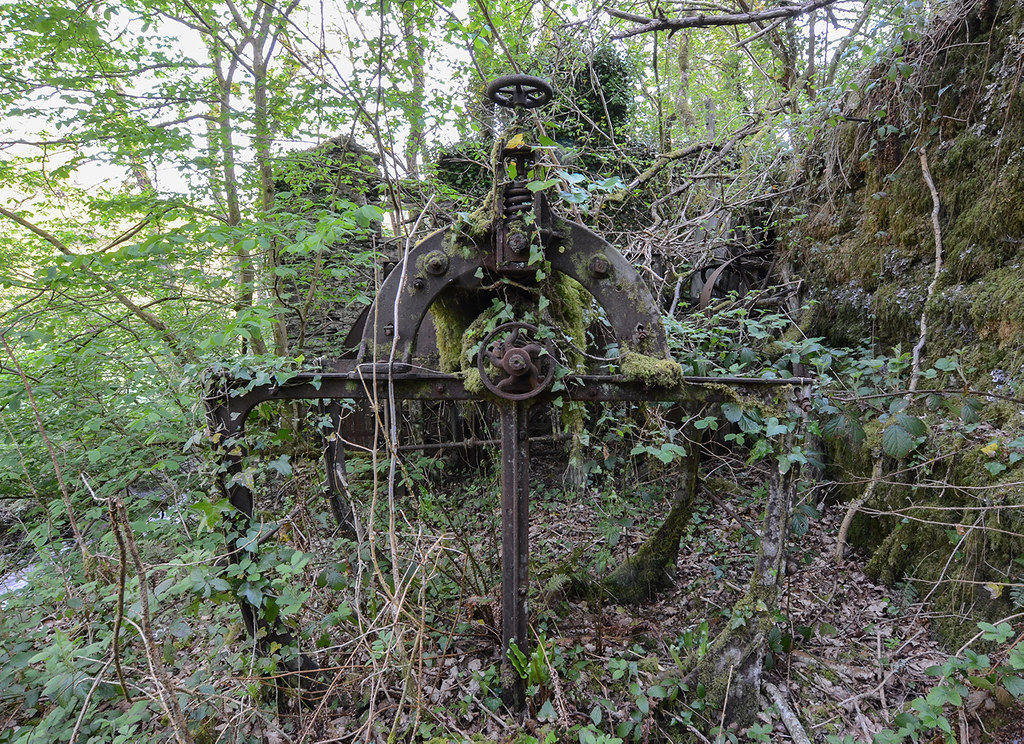 The next building along is constructed from slate at one end and brick at the other - maps show the structures in this area changing over the years.
It’s empty except for a manual press, again from the Bridgend Foundry. 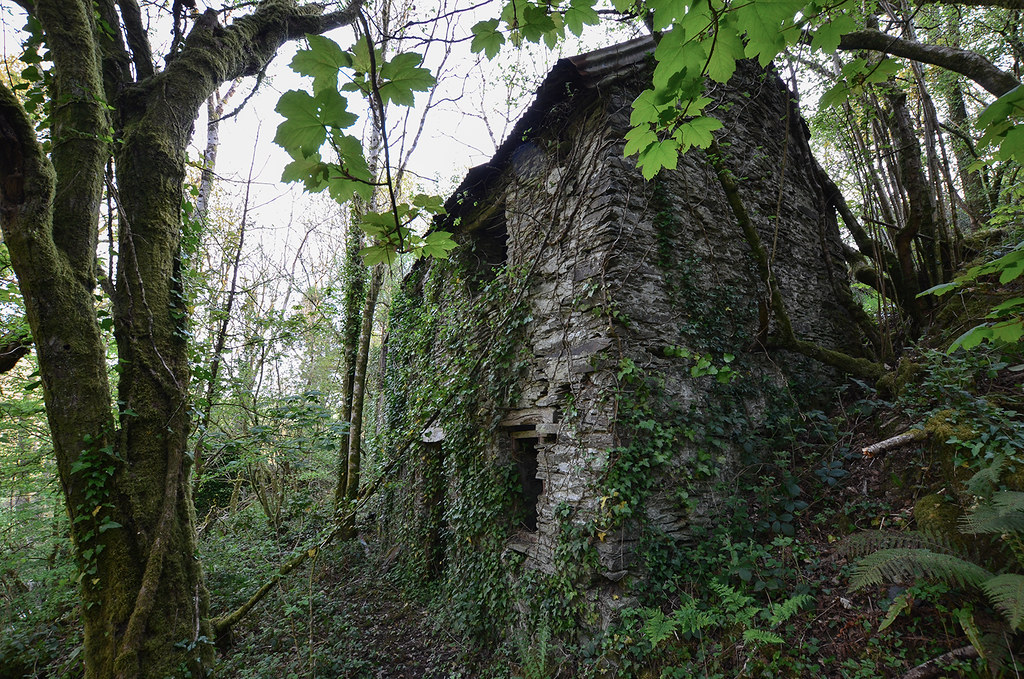 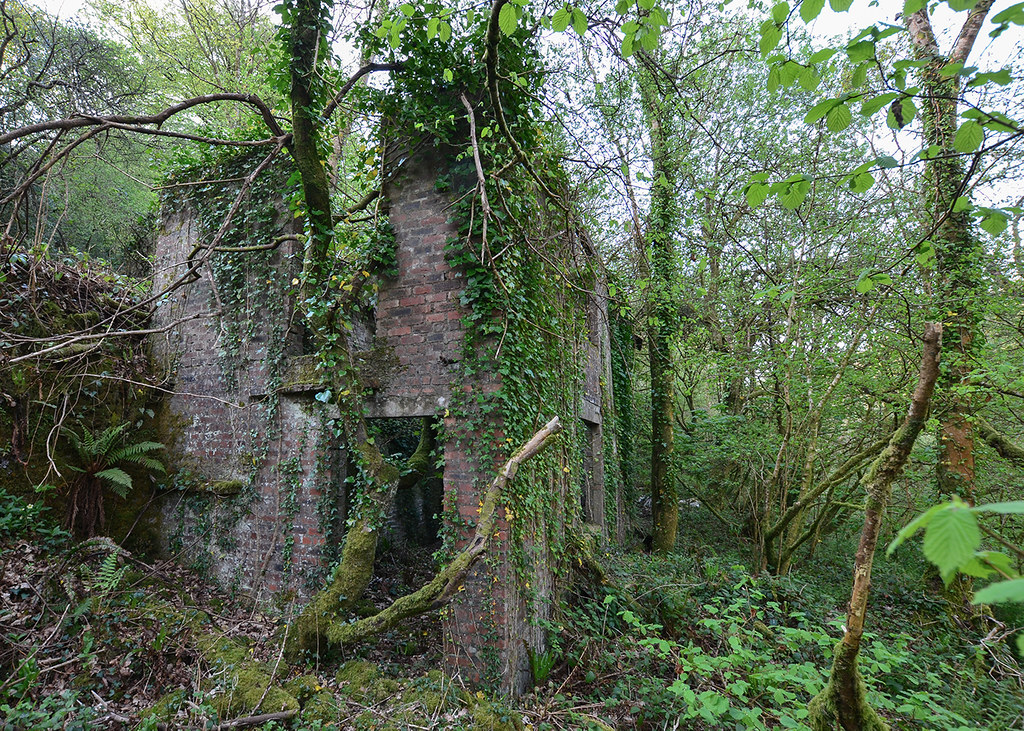 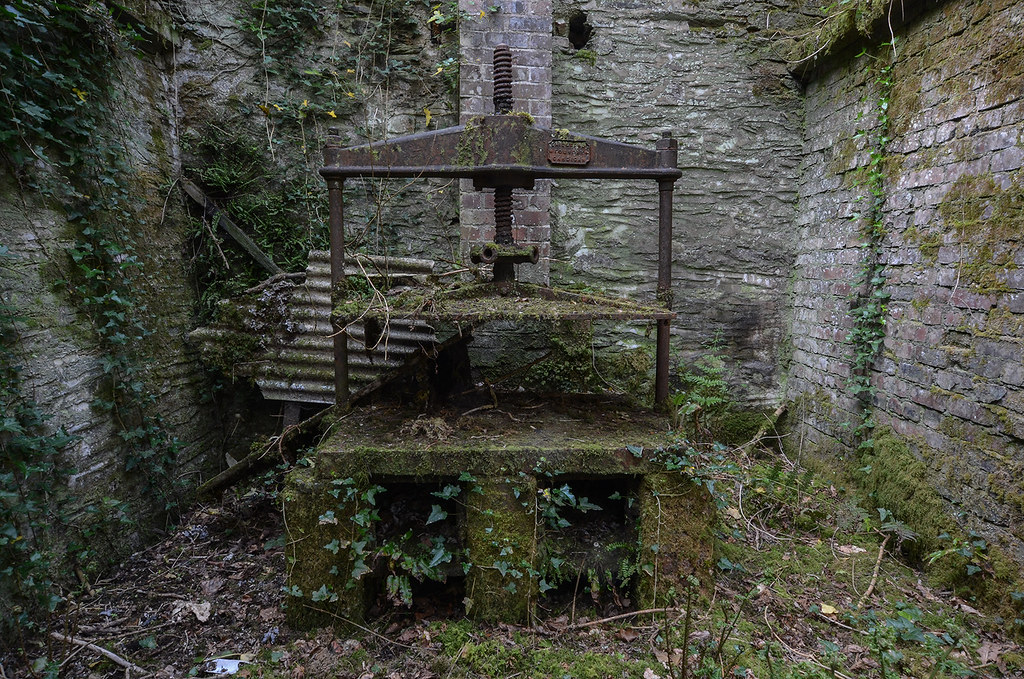 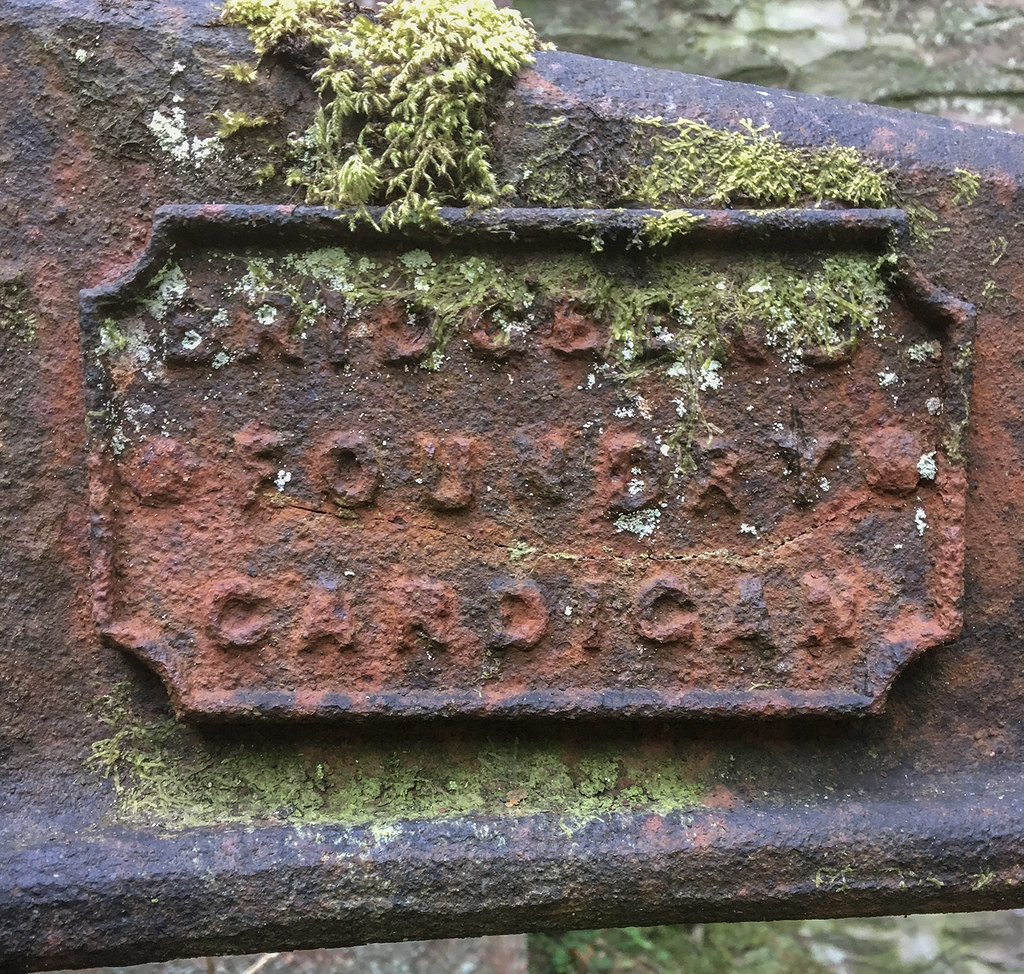 To give an idea of just how much industry there once was around here, a photo of a tourist plaque is reproduced below.

It’s so weathered it’s practically unreadable even when standing in front of it, but 132 sites associated with the woollen industry are shown in this region alone. 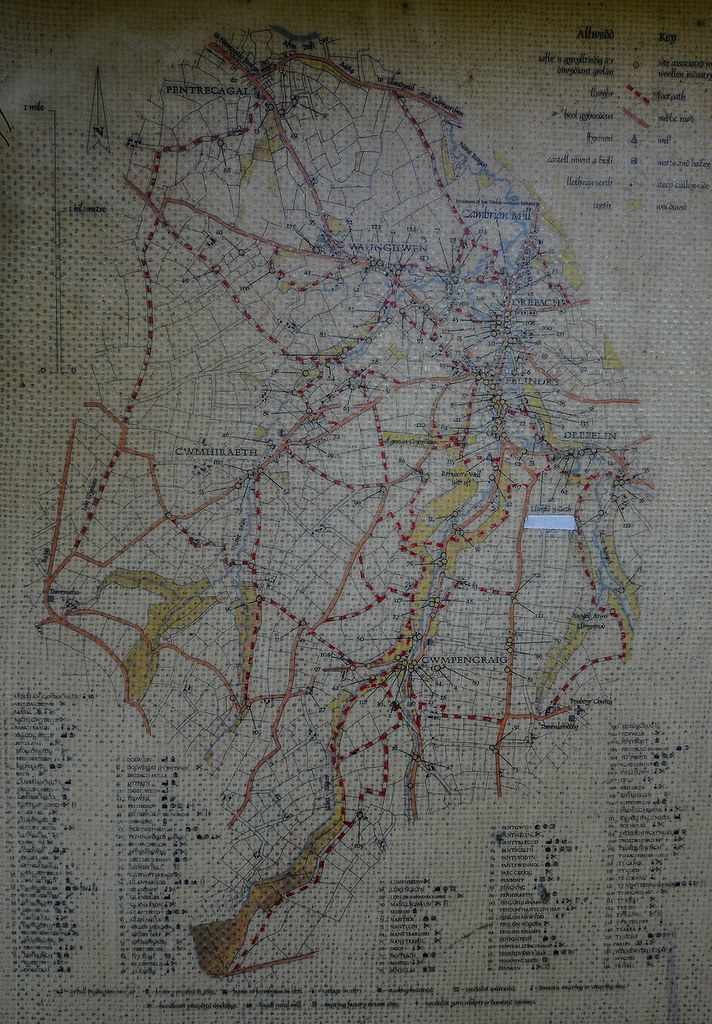 Regular User
Very nice, I like places in this state of dereliction

Regular User
Liking this. I love a natural woodland wander and nature reclaiming her land. Some really great shots of the old mill there.

Regular User
One at the other end of the scale but no less interesting or beautifully photographed. Loved that...

HughieD said:
One at the other end of the scale but no less interesting or beautifully photographed. Loved that...
Click to expand...

Actually this one is probably more interesting in terms of what's left than many of the more complete-looking mills. Good excuse to go for more walks in Wales at some stage..

Regular User
A recent photo from The Helmshore Textile Museum showing a rotary wool milling machine similar to the one above. 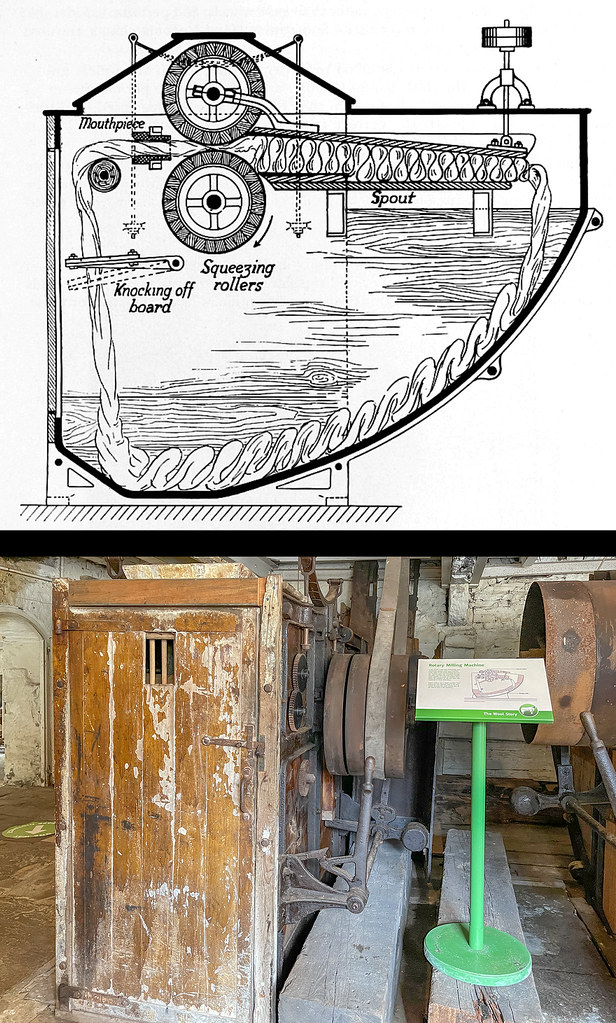 Apart from a couple of linen beetling mills, the fulling-type device in Glan Bargod is still the only example I’ve come across outside museums.
I