There have been several church buildings on the site of the parish church of Old Glossop. The present nave was built in the early twentieth century on the site of a structure dating from 1831 which had in turn replaced a late medieval building.The bell tower was rebuilt in 1854 and the present chancel dates from 1923.
There are a number of items of historical interest inside the church dating back to 1691.
In Paul Bush's publication "Neath Ancient Moss" he makes reference to the vicars of Glossop from C 1250 to 1987 and their contribution to the expansion of the church and the congregations. An incomplete list of vicars and dates can be seen on the wall of the bell tower at the back of the church. Paul Bush also describes the Chancel, south and north aisles and the bells in more detail in his book, which is available to buy in the church.
The churchyard contains gravestones dating back to the 1600's.
Click to expand...

@tarkovsky and I were on our way over to Manchester to meet @Esoteric Eric recently when his ancient, non internet powered sat-nav decided to take us on a funny detour. Good job it did, really, as I saw these ladders going up the side of the church. Not only that, they went up the spire as well.

I'd not bought any gear with me and we hadn't the time to check it out properly so I went back - these things don't usually last long. We'd seen the bottom set of ladders had been removed to stop the vertically challenged among us from having an easy ride. I was psyched - I love a challenge. First time up a spire, too, so soon after Notre Dame. Divine intervention maybe?

I fully expected it to be harder (and have to go hunting for washing line poles, scaff tubes, etc) so went with a back up plan. That wasn't a fail either

If anyone fancies it, go soon and take a camera clamp of some kind and you'll come away some belters. If yer a pussy like me you'll want a harness, a triple length sling and two big bina's.
Hush, hush on the metal ladders, now, it's very residential and not exactly hidden

Pics are from top to bottom, in case you can't tell and I apologise for the blurriness. I took me tripod up in me jacket but didn't find a suitable spot to set it up - I was hoping to get inside 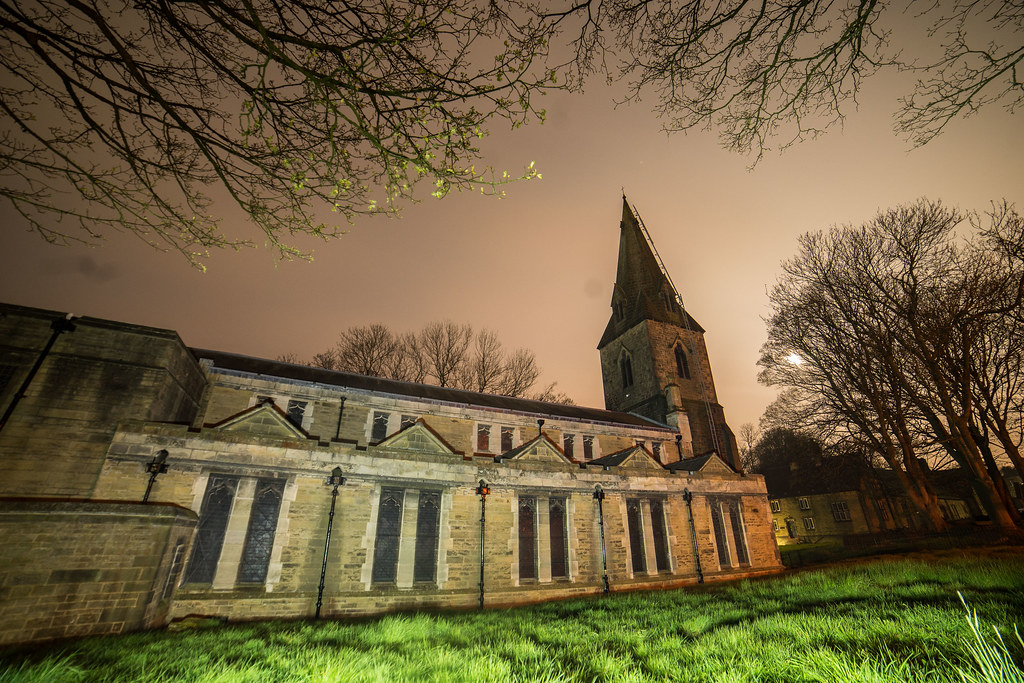 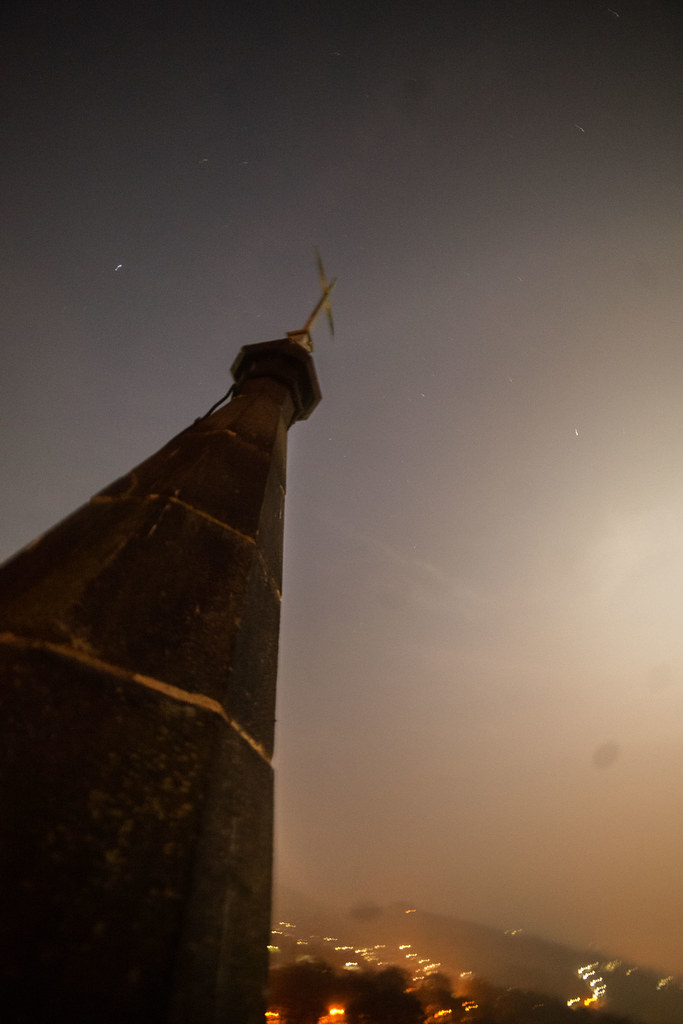 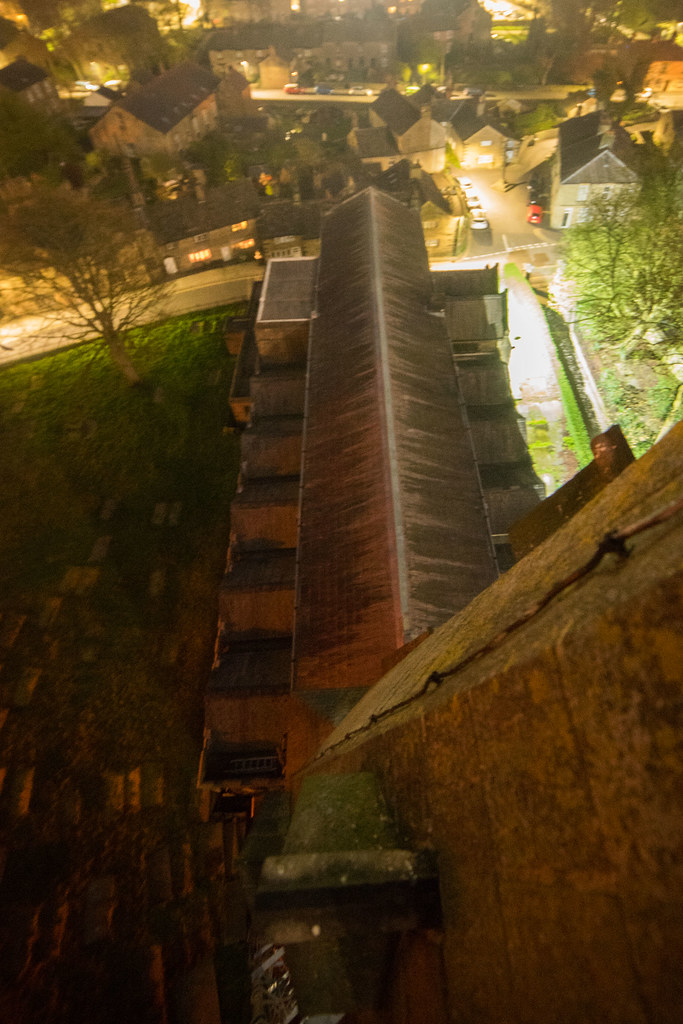 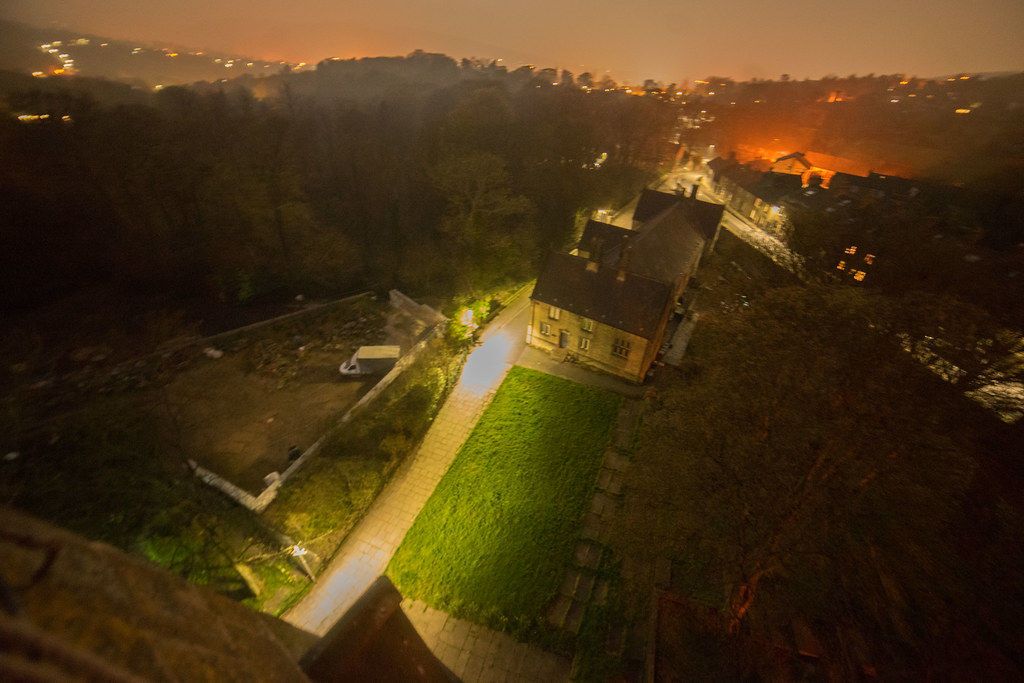 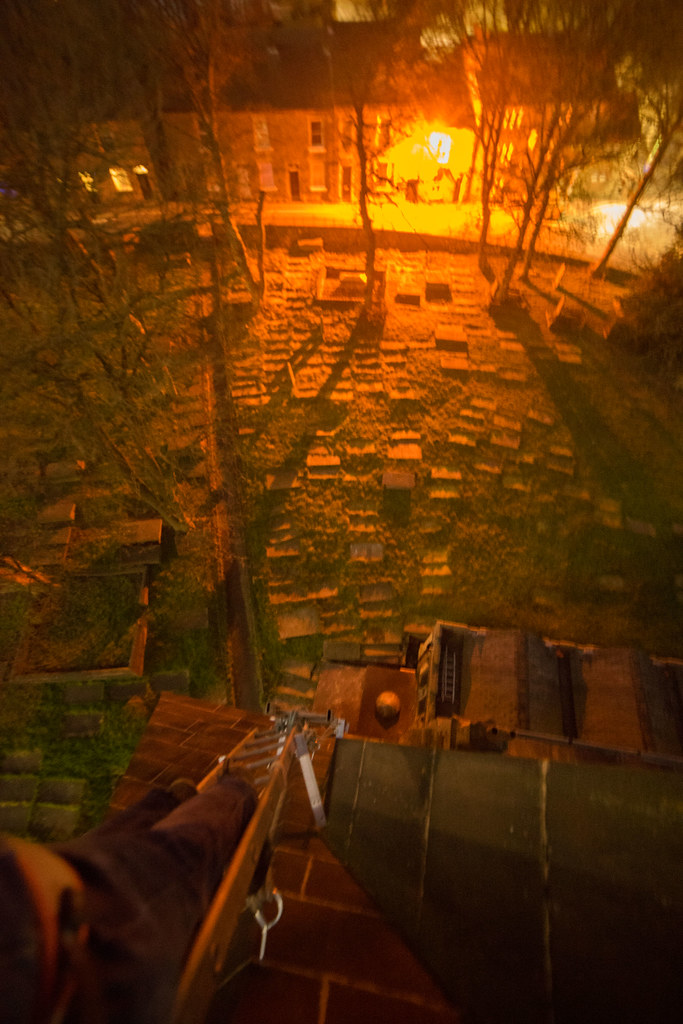 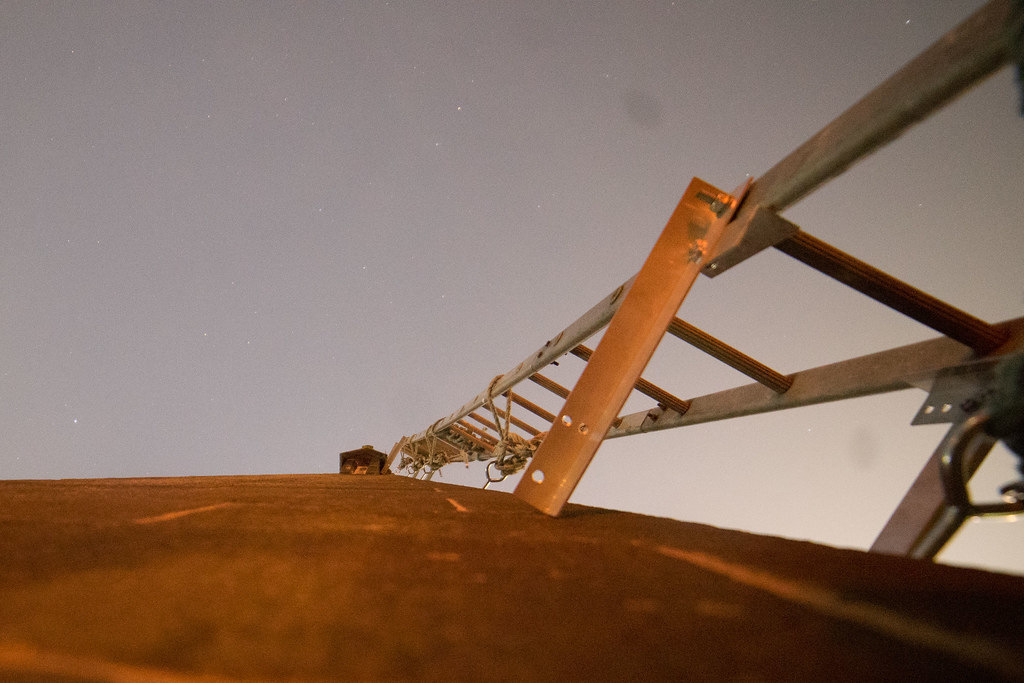 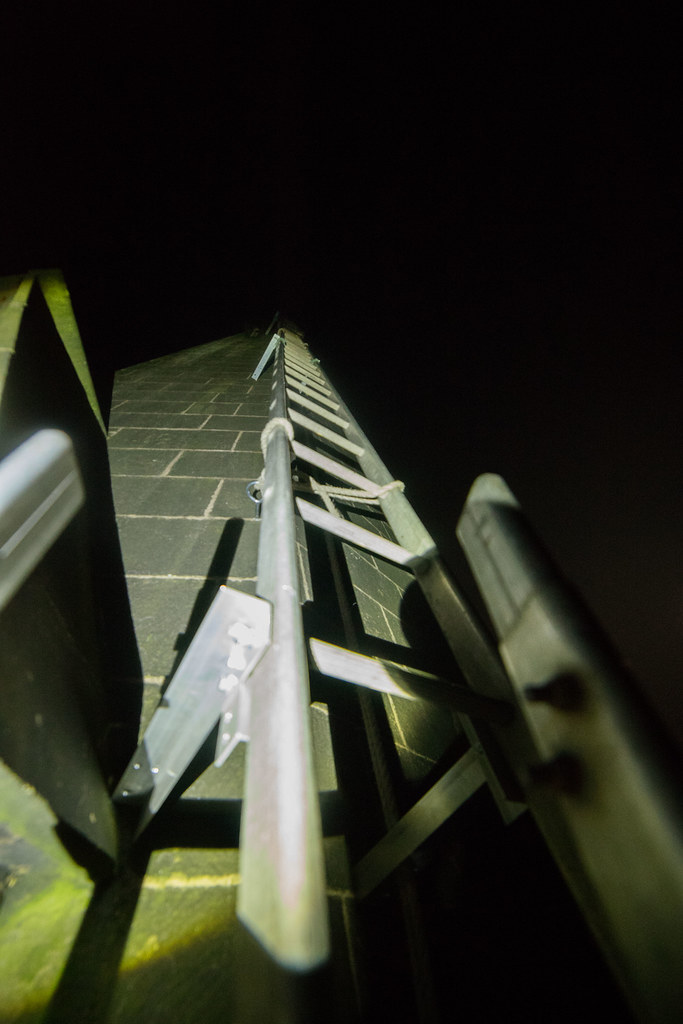 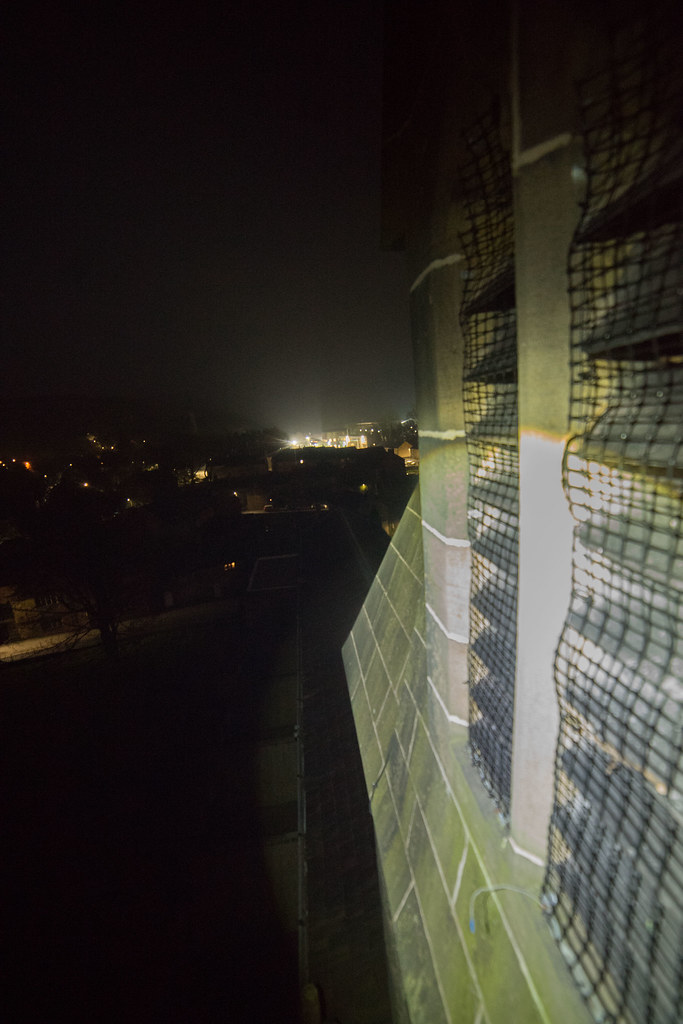 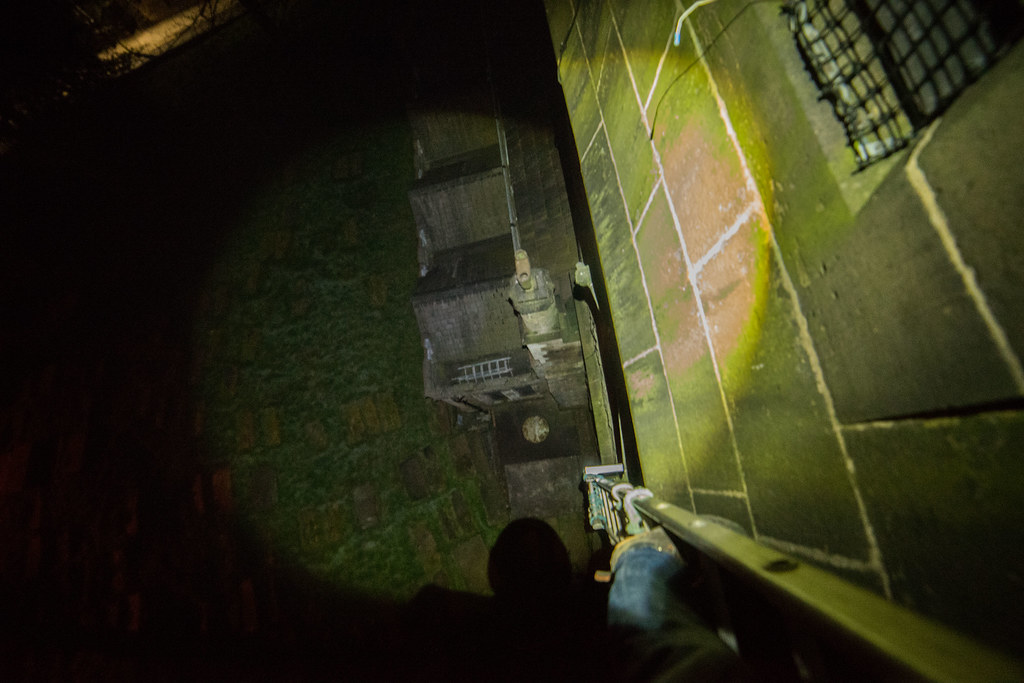 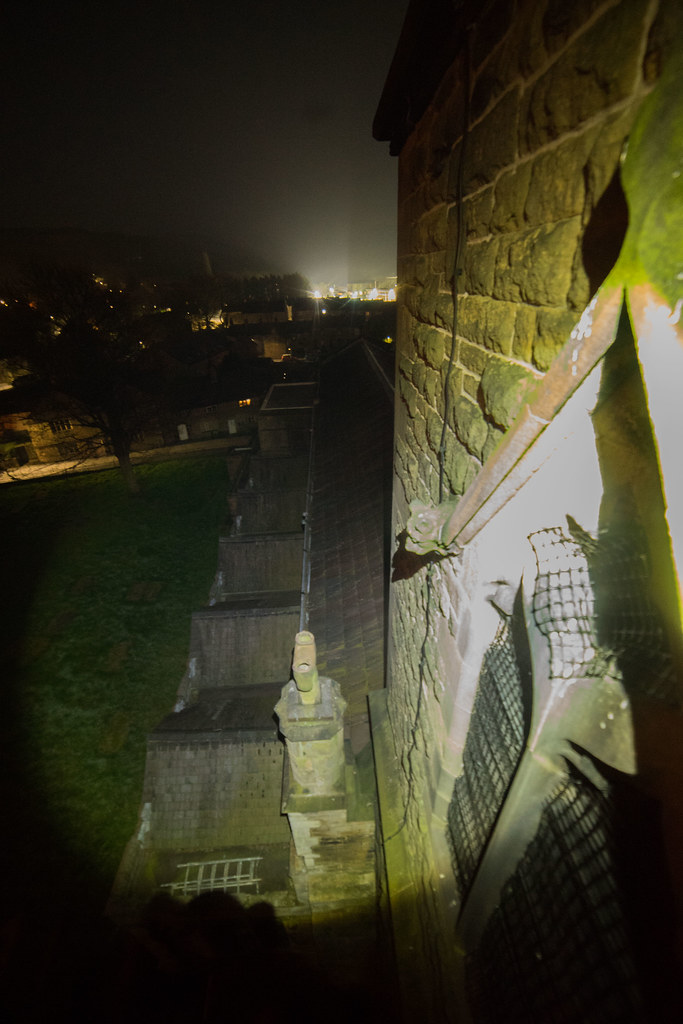 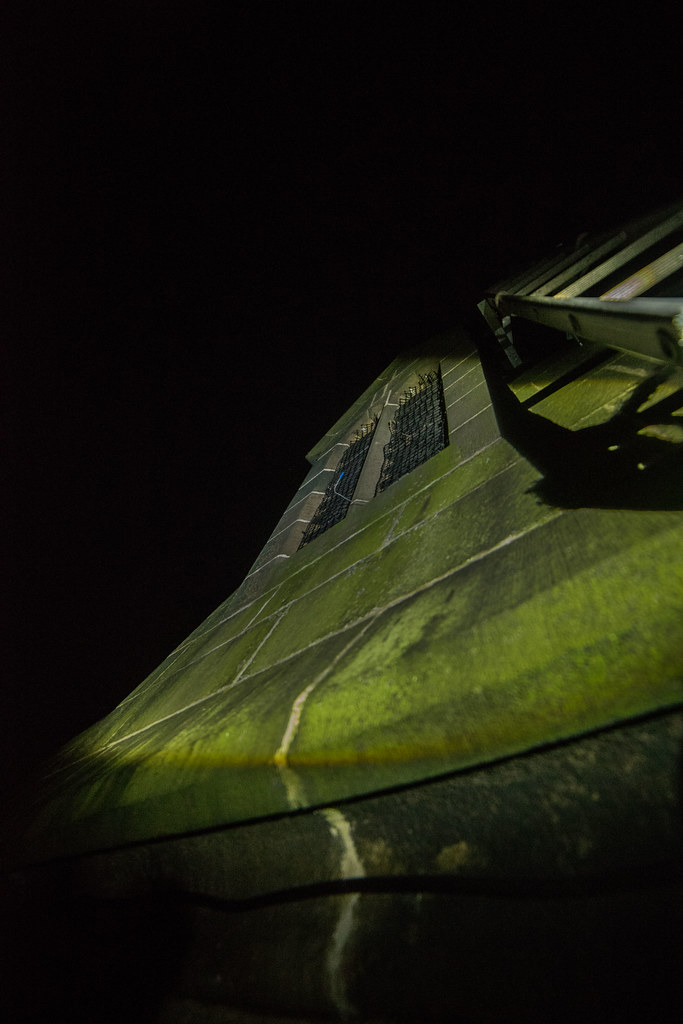 Nearly forgot about this chap on the way back down - easily done..... 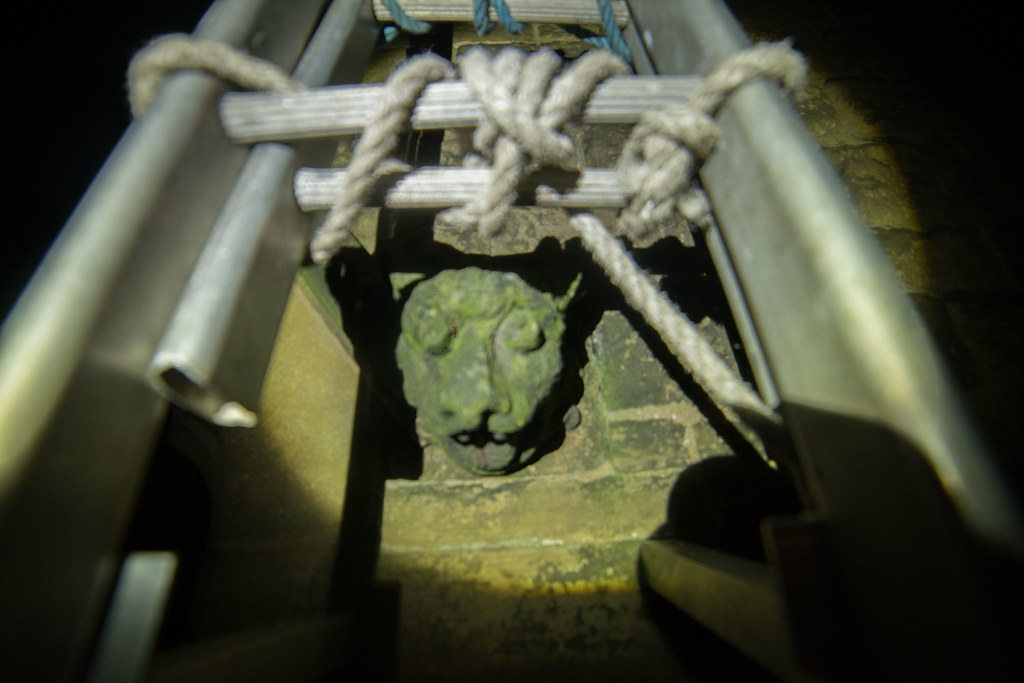 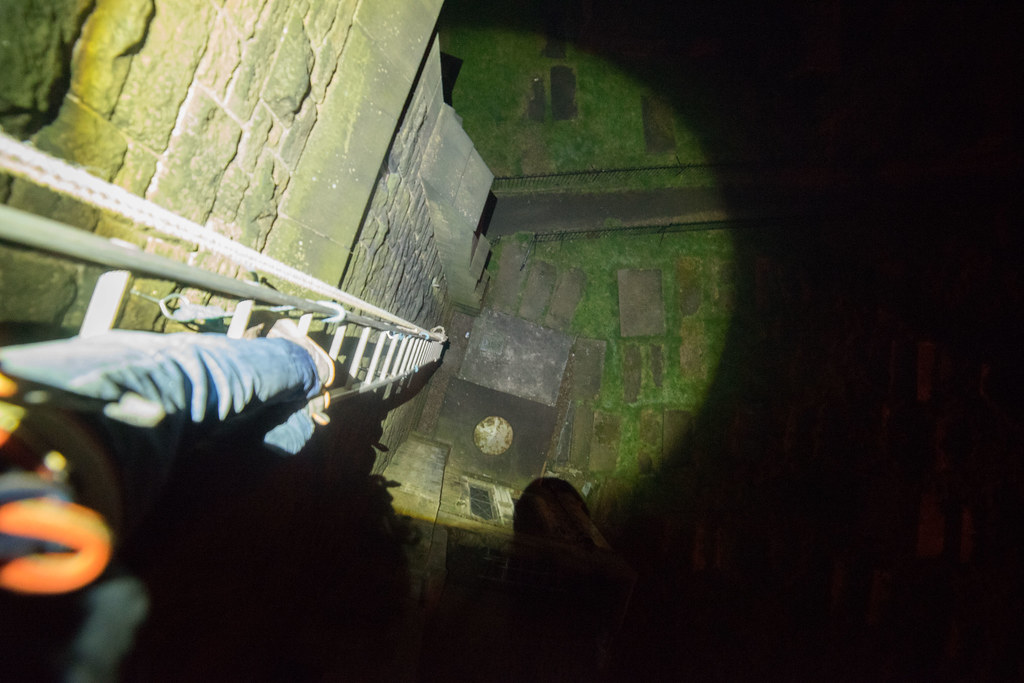 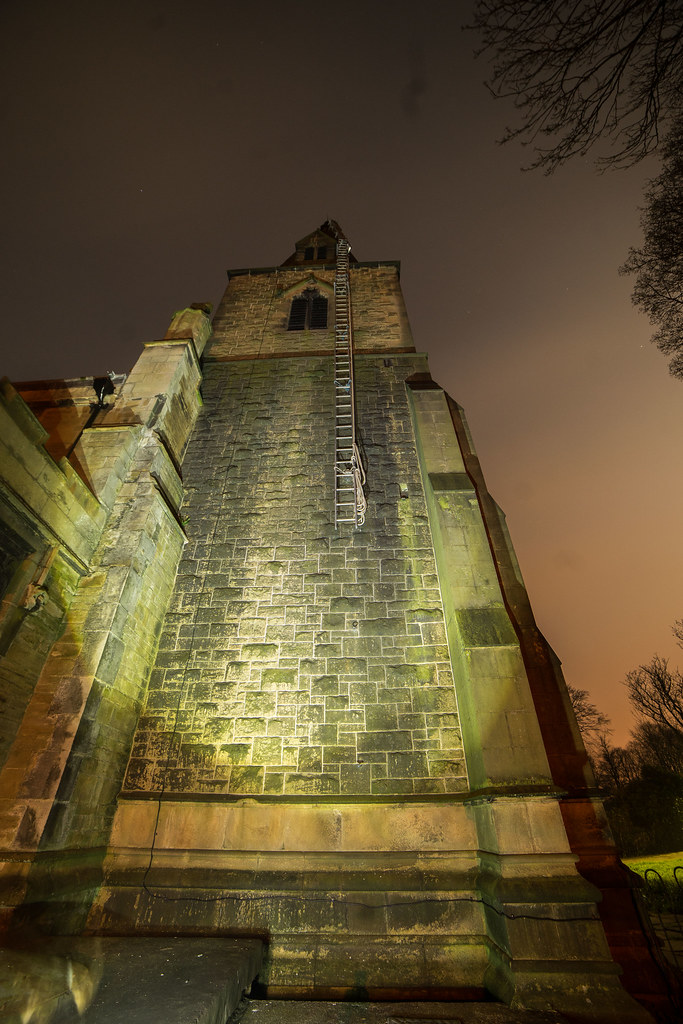 Regular User
Your reaction when you spotted it from the car was classic! Haha! I have no idea how you made it to the ladder but full marks for going back and getting it done! Think I’d already had enough personal challenges that evening to even begin to think about making it up there. And I like my satnav with it’s unlikely routes - never know what you’re gonna find next! Good work!
https://analogparalysis1978.com​

Ojay said:
nice buildering problem getting to that ladder
Click to expand...

tarkovsky said:
And I like my satnav with it’s unlikely routes - never know what you’re gonna find next!
Click to expand...

yeah man, pretty handy for 'splorin is that.


Stranton said:
assuming the church is in use?
Click to expand...

afraid so bud, well i assume it is, though not at 3 in the morning

Regular User
That pic from the top is awesome. No fancy dress tho? Oh and this reminded me that that chimney needs doing soon too.
Last edited: Apr 18, 2019
https://analogparalysis1978.com​

tarkovsky said:
No fancy dress tho? Oh and this reminded me that that chimney needs doing soon too
Click to expand...

yeah i went up in wadorz mate

and yeah it does - it'll be scarier than this mind


The Lone Ranger said:
you can't beat a set of steeplejack ladders.
Click to expand...

yeah man - was thinking of fred a lot on the way up funnily enough. I'm sure most of yers have seen these before but in case you've not......

yeah man - was thinking of fred a lot on the way up funnily enough. I'm sure most of yers have seen these before but in case you've not......

I followed in his footsteps for about 10 years, plus a few chimneys he didn't get up

: You've seen the rung on that ladder, right? Suppose it's still 'safe', I wonder how the timber came off though? And who was below it when it did!

Regular User
Quality this man. Looks a bit of a challenge getting to that ladder. Id deffo be a pussy with a harness. Stiff like this grims me out. Hats off to you dude.

Regular User
Wow, I underestimated the height of that first ladder from the ground when you told me! Nice one.
www.3soteric3ric.blogspot.co.uk

Regular User
Simply would have the bottle to do that! So full marks @tallginge Something I could only (a)spire to...

The Lone Ranger said:
I followed in his footsteps for about 10 years, plus a few chimneys he didn't get up