As the City of Providence slipped into darkness
1. 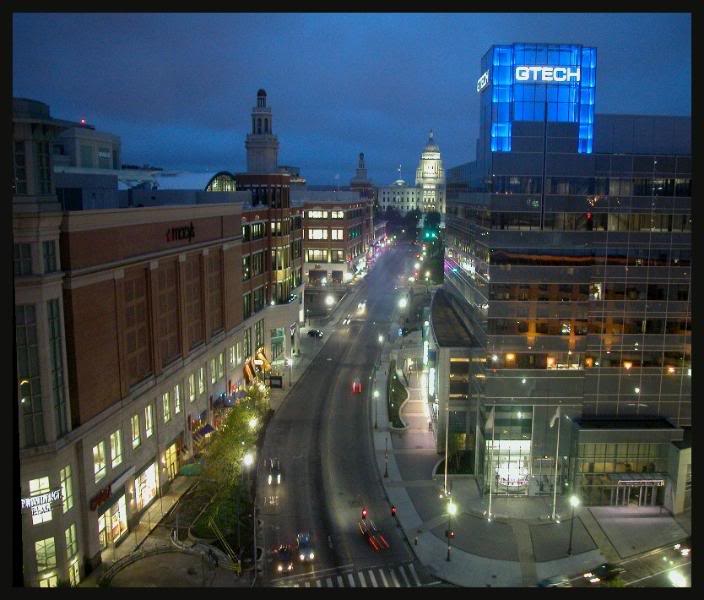 2.
Moss and I craft a plan for the next days explore from our room overlooking the Forbidden City. 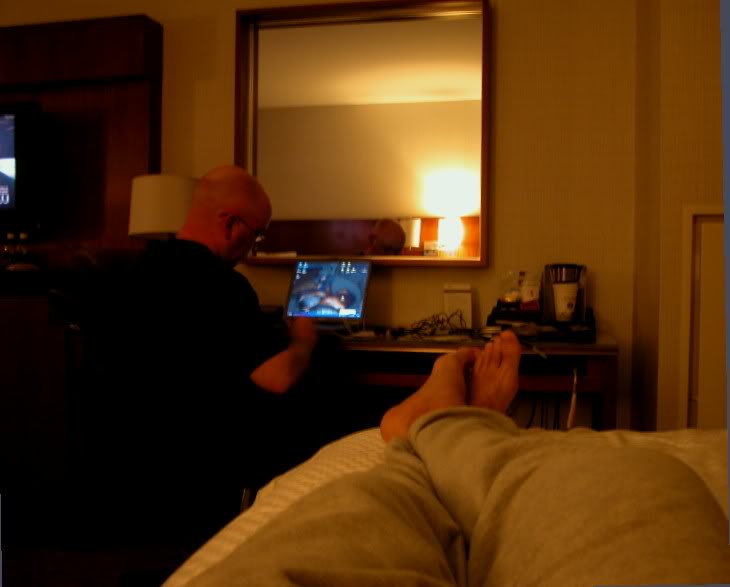 Our multi day trip afforded us the time to get to some locations that might not have been worth a long day trip from Maine on their own
.
Early into my internet investigation of exploring I saw some cool sets on the Hanson Tubercular Hospital. Iâ€™ve wanted to get there since then but travel logistics precluded a visit. This place has been used hard by vandals and idiots and is well past its prime as a UE destination. Several fires and endless juvenile drunken destruction has left the place a shell.

Moss and I parked up at the old administration buildings above the red roof hospital. There were some other cars there and no keep out signs so we felt safe. The old admin buildings themselves are stuccoed houses and pretty creepy looking due to a total lack of maintenance. Part of the larger main building is in use as an office so we didnâ€™t bother going in. There was an older guy with a pickup truck hanging around the garages so we waited till he drove out of site before hitting the hospital.

When we got there he was there, sealing stuff back up after some weekend vandalism. It was apparent he was going to be around for hours so we decided to go up and talk to him. He was a decent guy and has been in charge of maintaining the building since it closed some 20 years ago. He told us about its construction and history and both Moss and I enjoyed talking with him. He asked us to promise not to enter the structure since he was a straight up guy and the place looked like hell anyway so we complied. Following is one of the rare Stooge sets of exteriors only. Others have taken excellent interiors prior to the fires and extensive senseless destruction of this gem. 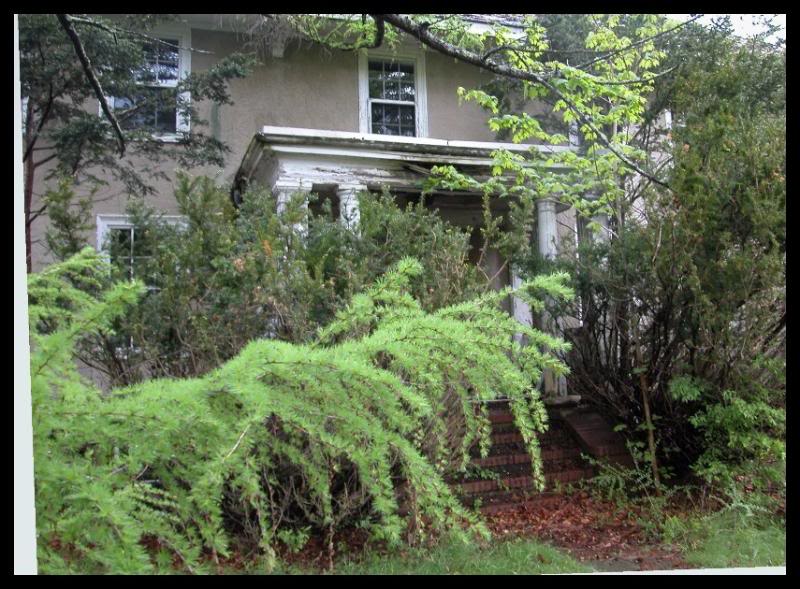 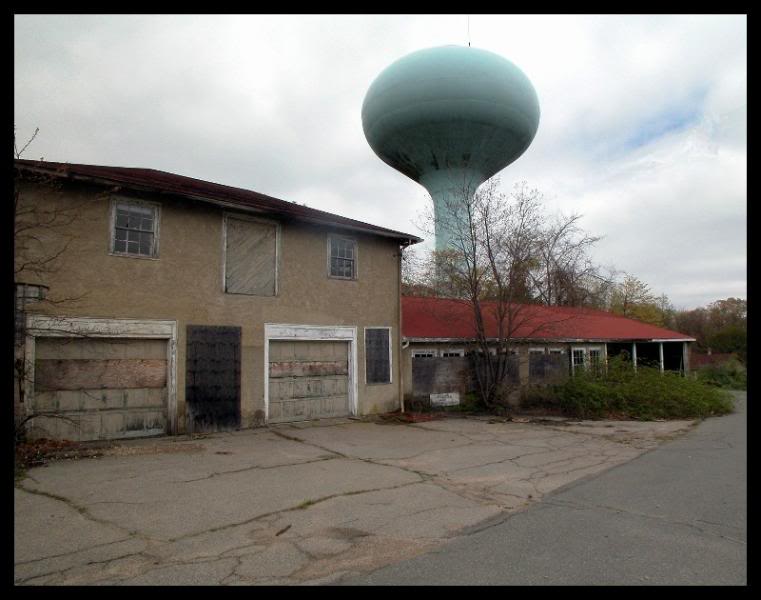 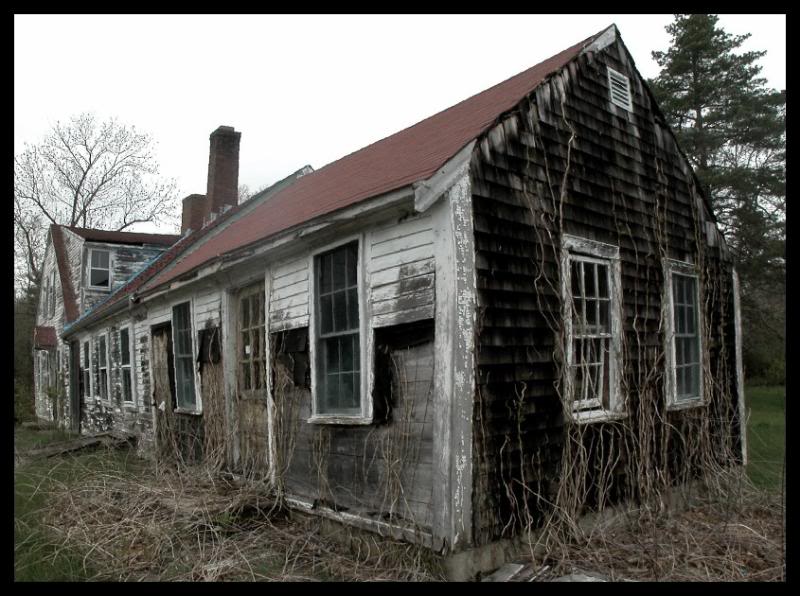 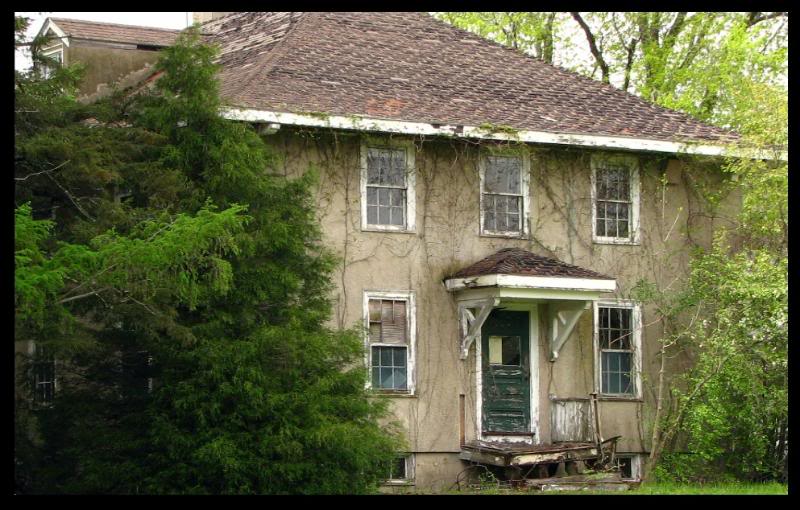 Hanson was constructed in the late 1800â€™s as a tuberculosis hospital. The original part of the building is all concrete, walls, ceilings and floors. The additions, which have been repeatedly torched by arsonists where put on in the 1920â€™s and are of frame balloon construction with stucco. The original concrete part is capable of standing forever. When medical cures became available for TB the place was used as a mental hospital and at the end a long term care facility. After it closed there were a number of attempts to convert the property to other uses, still retaining the building. Plans failed, politicos stood in the way and then vandalism brought the old gal to her knees. The maintenance guy was pretty depressed about the way it had run down over the years.


7.
A familiar view. According to the caretaker ,the weekend before our visit Vandals had torn the front porch off the building. 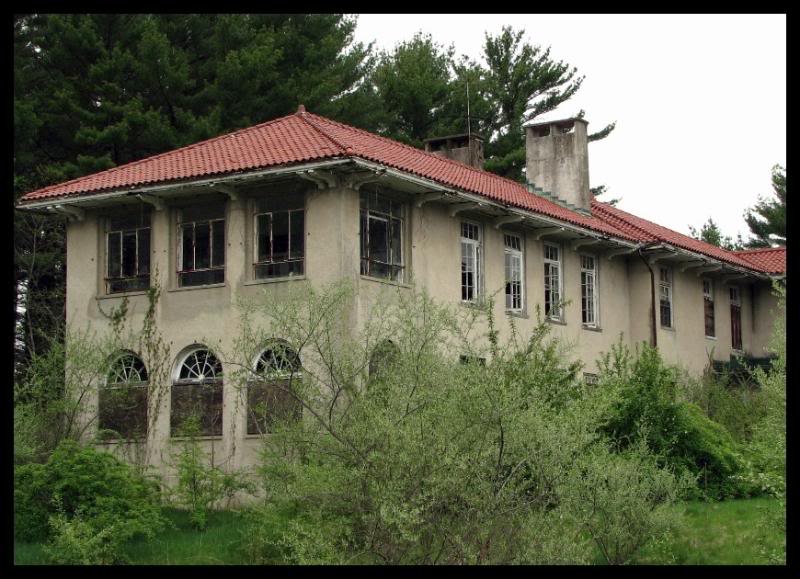 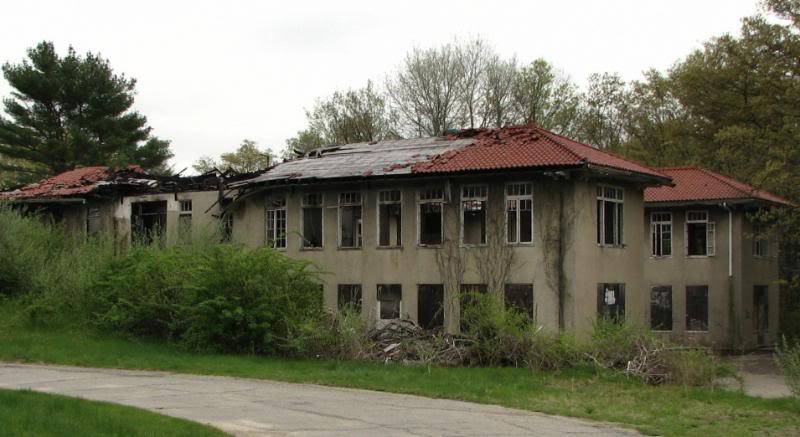 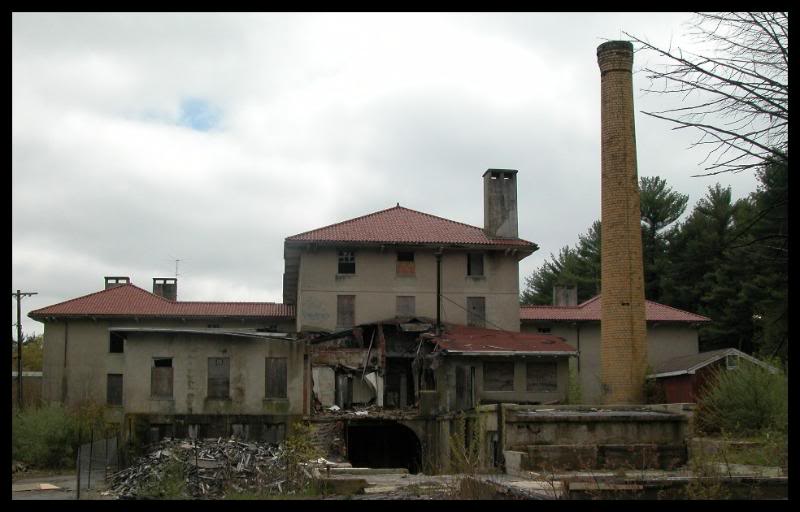