Regular User
This one of the last big explores I did a few weeks before the lockdown. I actually thought I'd posted this but apparently I didn't!
I ended up going here a couple times, once to scope the place out and get an idea of layout. Then returned a few weeks later to photograph it.

"The former Borough Flour Mills at Tewkesbury, also known as Healings Flour Mills, is located by the River Avon with the Mill Avon passing to its east. There appears to be a long history of milling on the site and it was possibly where two mills were recorded in Domesday, and referred to as the town mills in the early C13. The two town mills were granted to Edward Hazlewood and Edward Tomlinson in 1581 and a mill referred to as Mr Blackburn’s Mill is recorded in 1733. Mill buildings are shown on the Borough Flour Mills site on the 1825 map of Tewkesbury and the bridge constructed 1822 across the Mill Avon to Quay Street (listed as Iron Bridge at Grade II) is also marked. The site is called The Quay on an 1840 enclosure map, by which time further mill buildings had been constructed.

By 1865 the mill was in the ownership of Samuel Healing, who rebuilt it as a steam-powered roller mill in 1865-6. Around the same time a brewery (listed at Grade II) was built on the east side of the Iron Bridge, on the corner of Quay Street, to a similar architectural treatment as the mill and was later used for flour storage as the Healings Warehouse. The new mill and its warehouses are shown on the Ordnance Survey Map of 1884. The mill building is at the north of the site with a railway to the mill quay running to its south across the widened Iron Bridge. Grain was brought to the quay by barges from Avonmouth. The warehouse building directly to the south of the tracks was connected via an upper level bridge to the mill. A further bridge is shown on the south side of the warehouse, connecting to buildings that may have dated from the earlier mill. Those buildings were replaced from 1889 by further warehouses built against the earlier warehouse, possibly built in two phases. The new arrangement is shown as a large single building on the Second Edition Ordnance Survey Map of 1902. Structural issues in the 1889 building appear to have led to their interior adaptation and strengthening. Subsequently, the flour processing operation was altered and flour pumped via overhead pipes across the Mill Avon to the former brewery across the river.

Further mill buildings were replaced and extended to the west of the site in the 1930s and later. In the 1970s a change of ownership saw the refitting of the plant and machinery in the mill, which involved the adaptation of the internal floors and roof structure. A new brick range was constructed alongside the rear (west) wall of the mill. Other structures relating to milling activity, including grain silos, were built on the site in the later C20 and new equipment installed in the warehouses. The site was partially cleared of C20 structures and some of the plant and machinery to both the mill and warehouse were removed following the closure of the mill in 2006."

Tewksbury is a nice town and the mill is a bit of a landmark, certainly one of the largest buildings. Getting in wasn't hard, especially considering the half demolished state it's been left in.
The whole mill is a bit of nightmare to navigate as you have to go all the way to the top of the stairs and then all the way down a different set of stairs to get to certain parts.

Compared to photos from 2010/2011 it's certainly gone downhill. The floors are pretty sketchy in places, but I've certainly been to mills with worse floors.

There's a office across the road that I'd intended to see but never got round to it. Hopefully I'll get a chance to see that side soon. 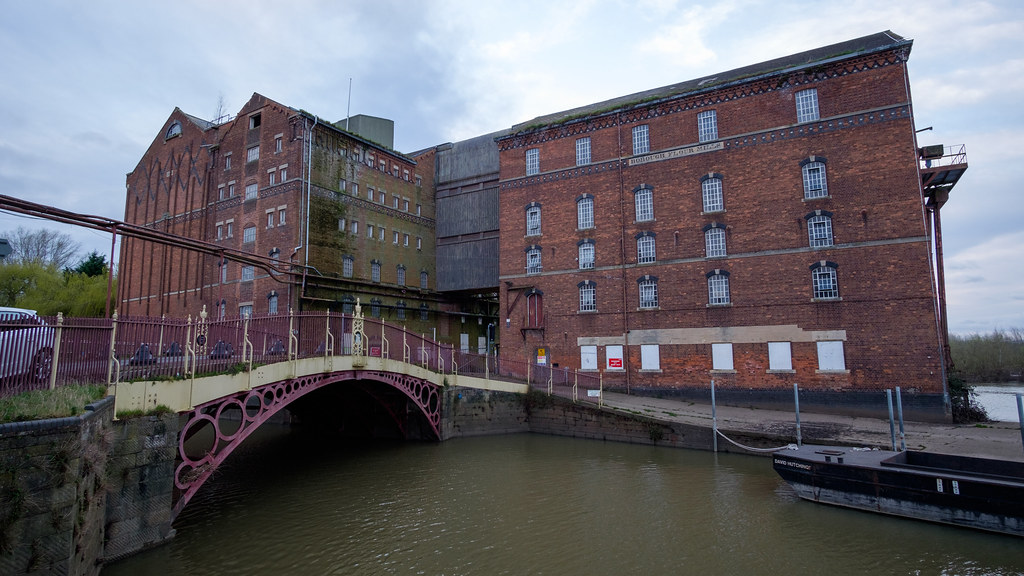 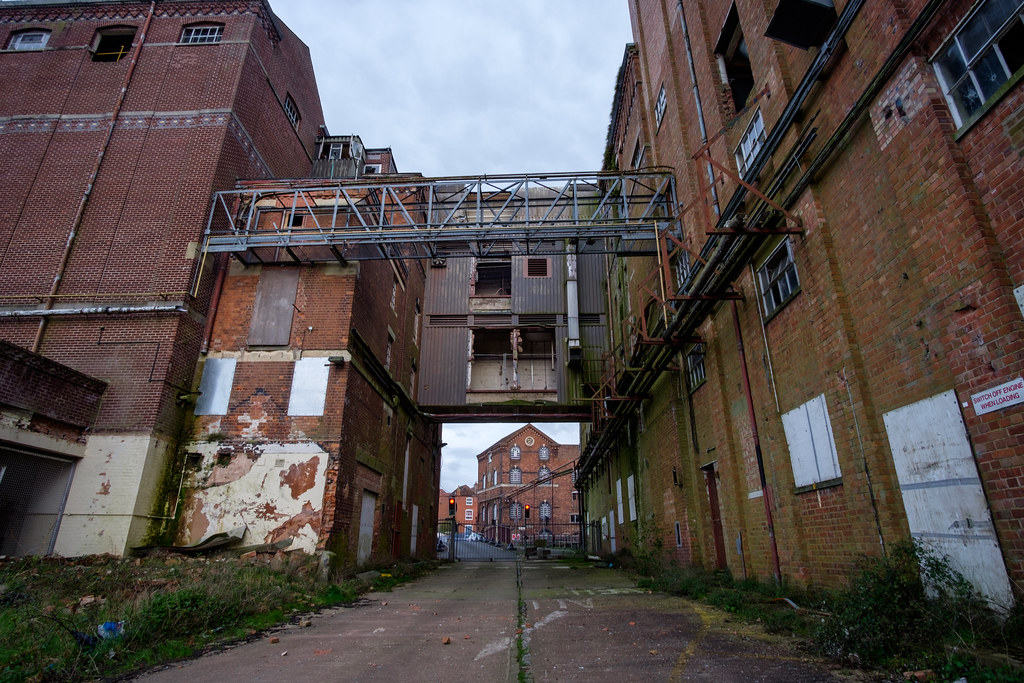 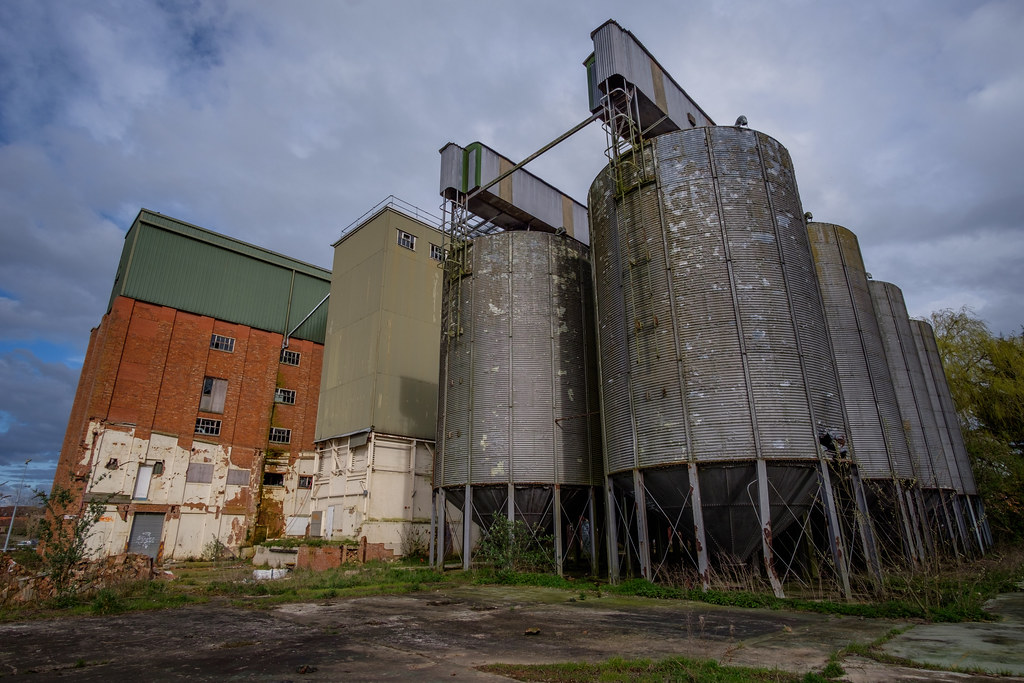 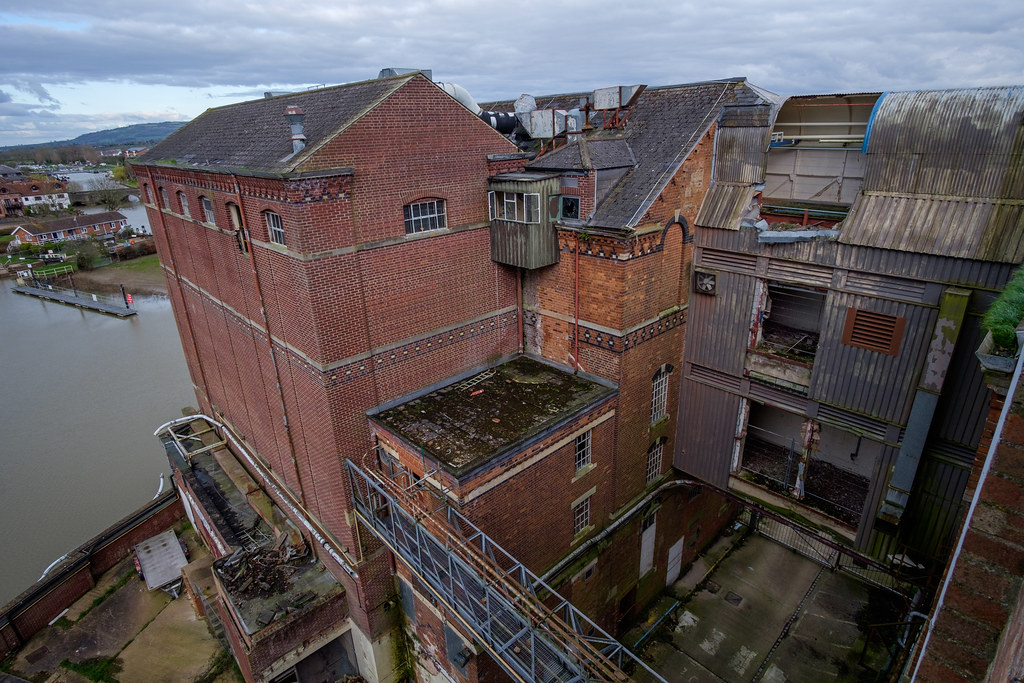 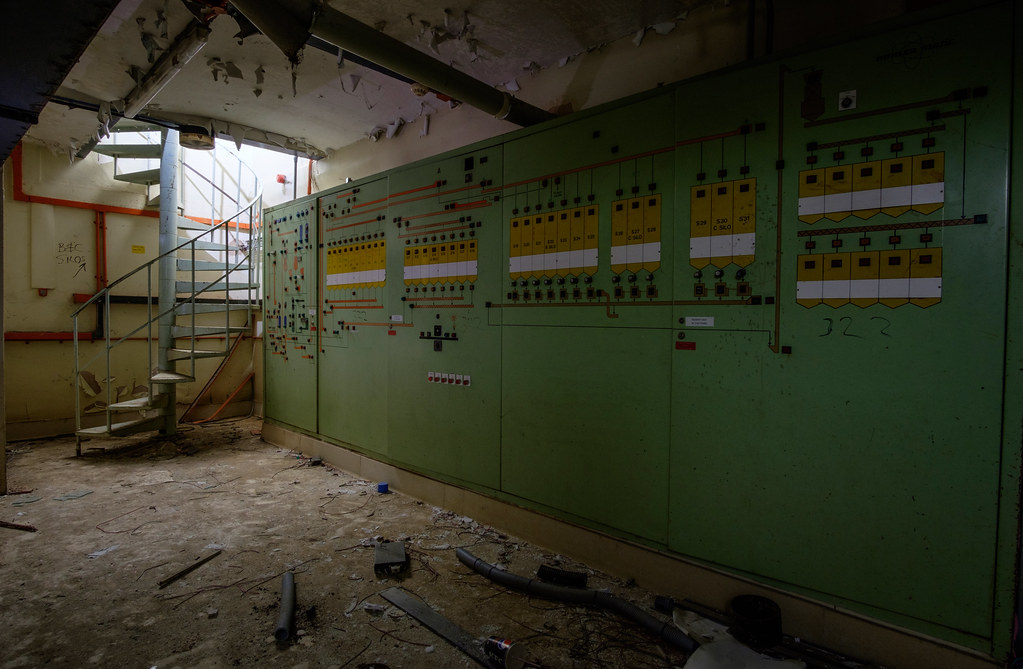 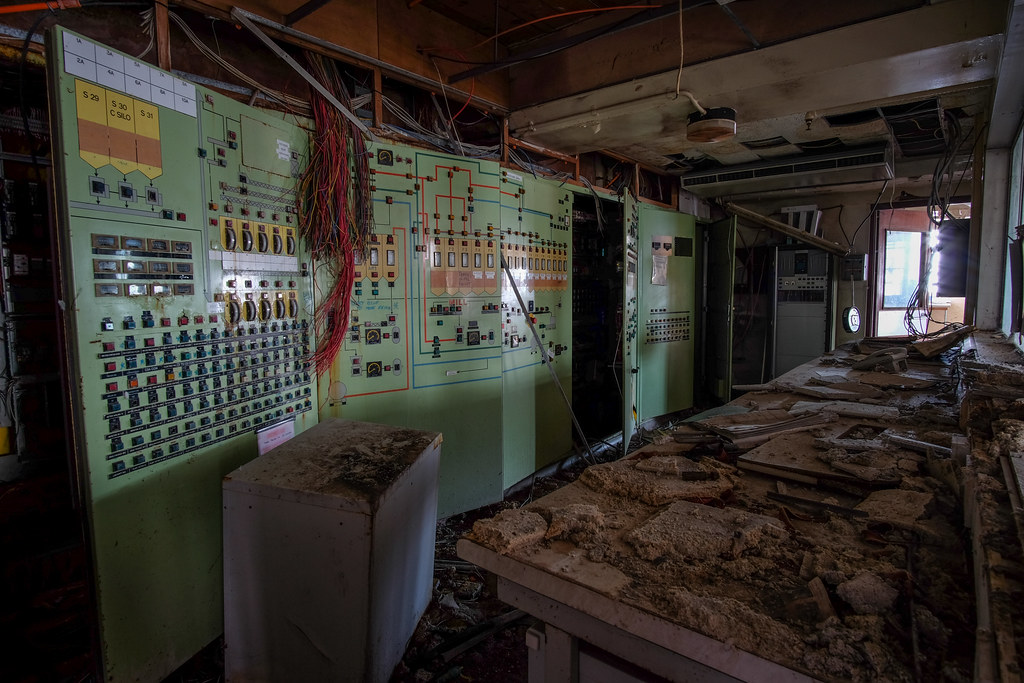 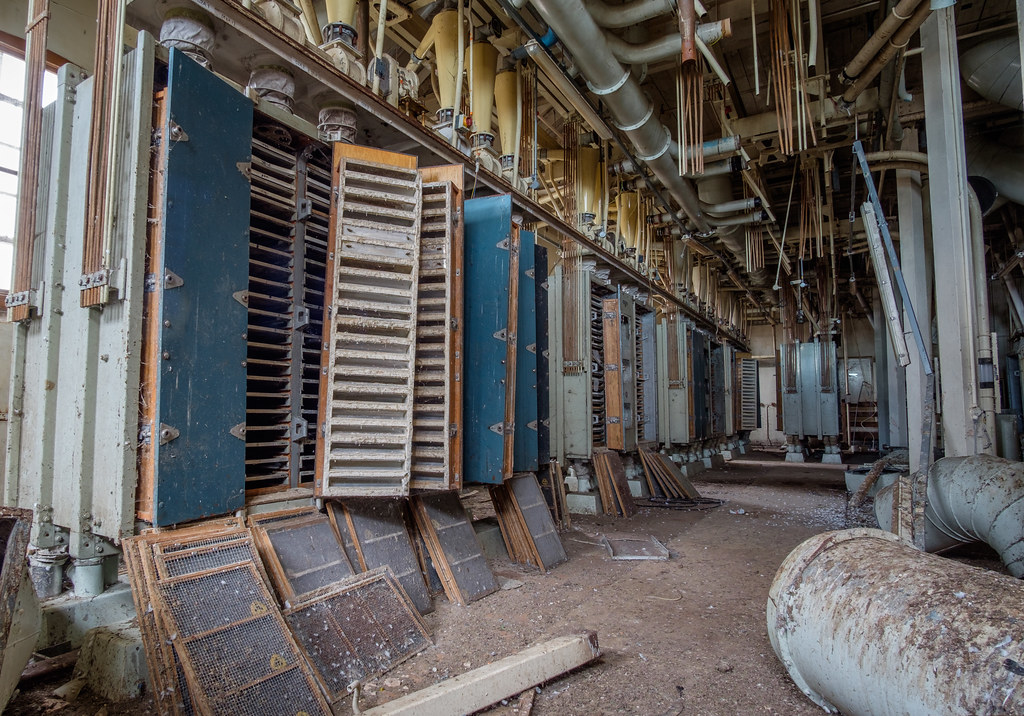 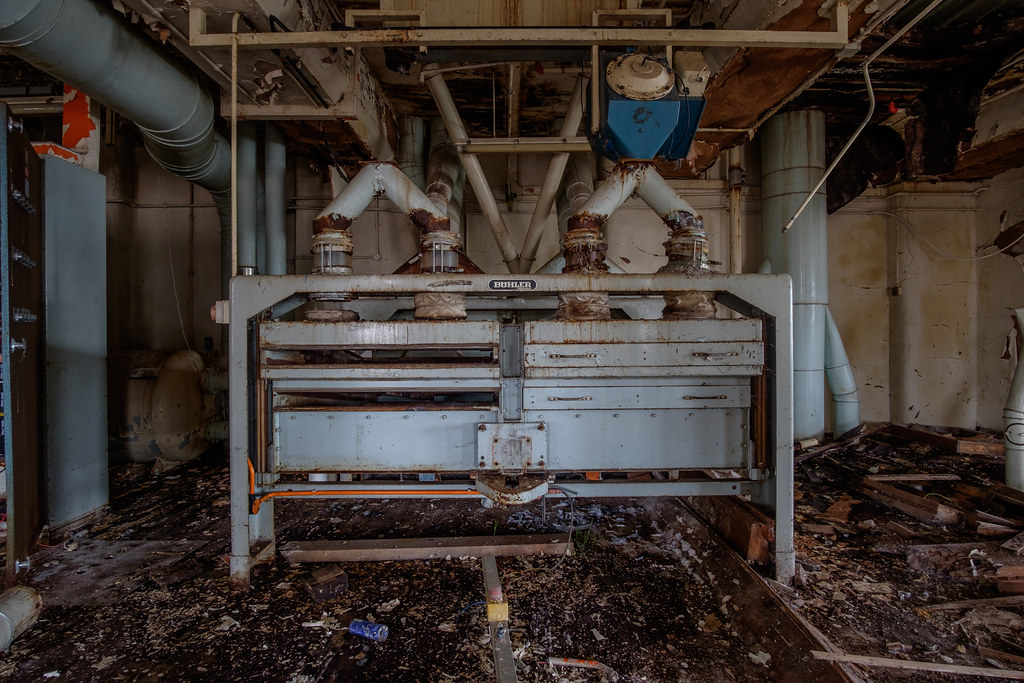 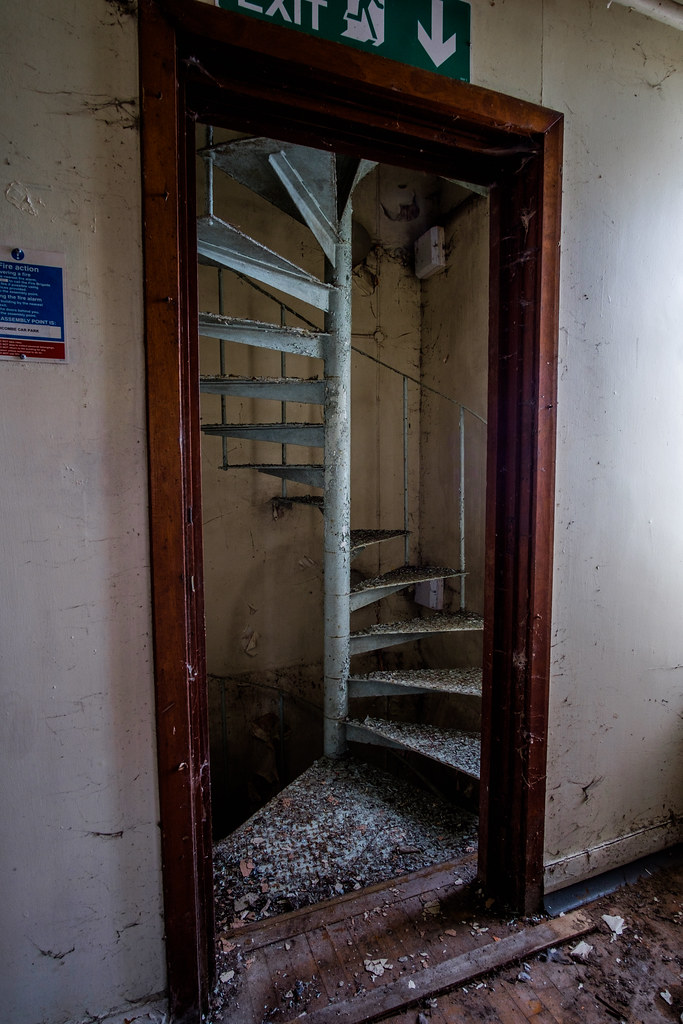 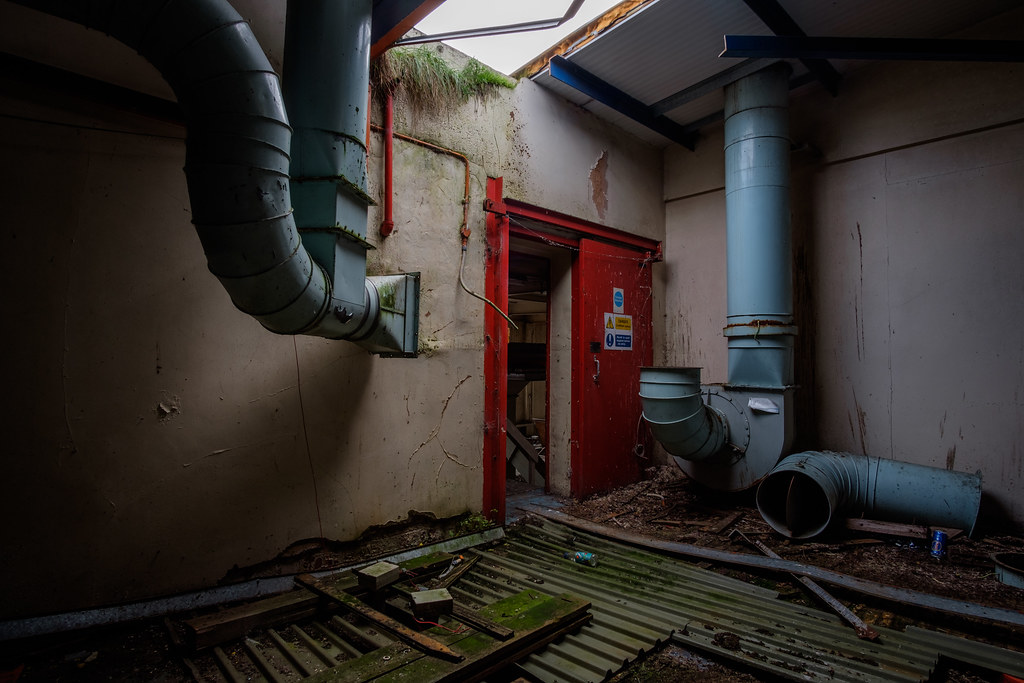 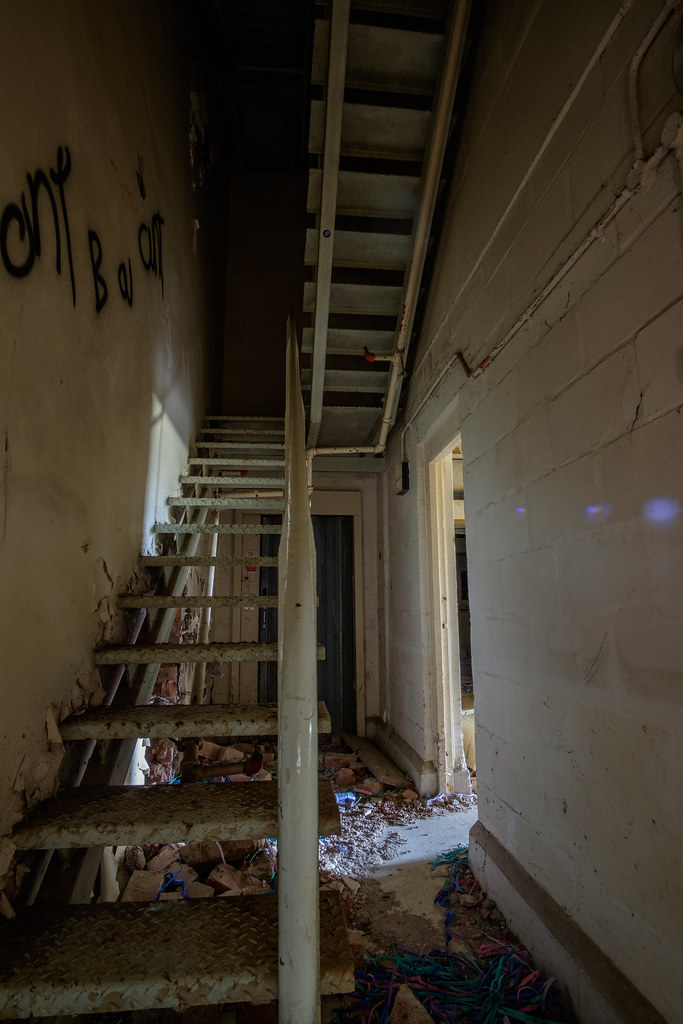 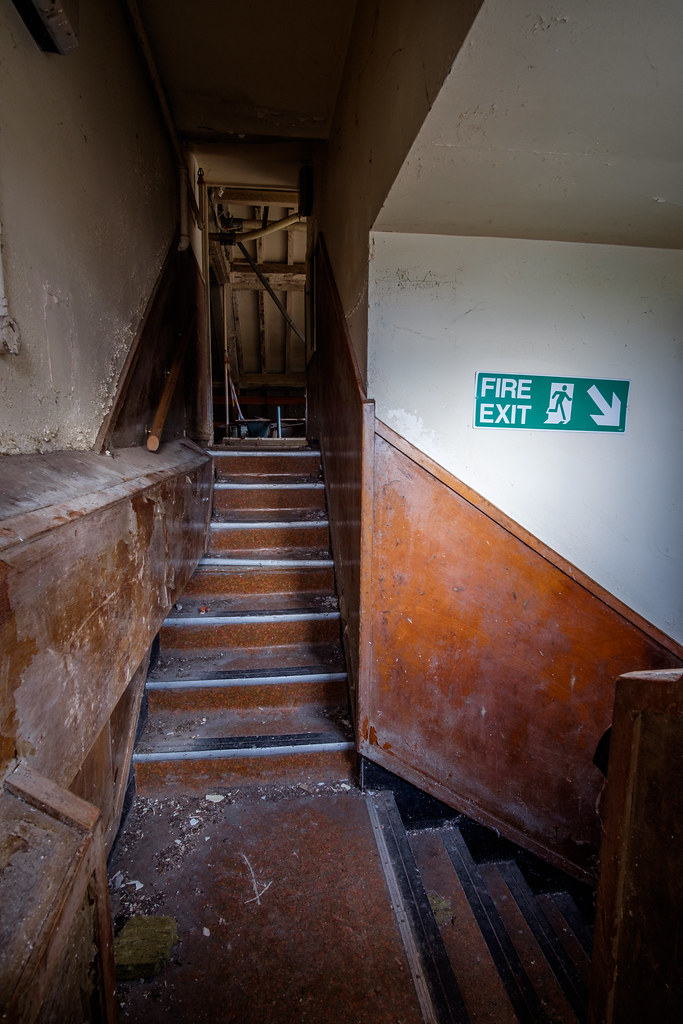 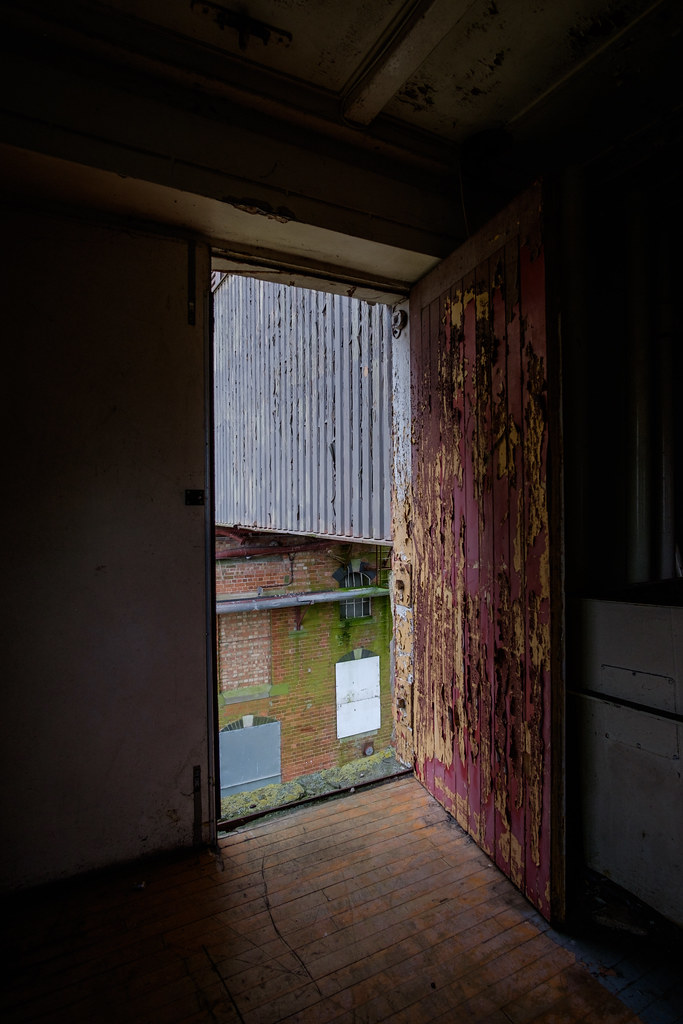 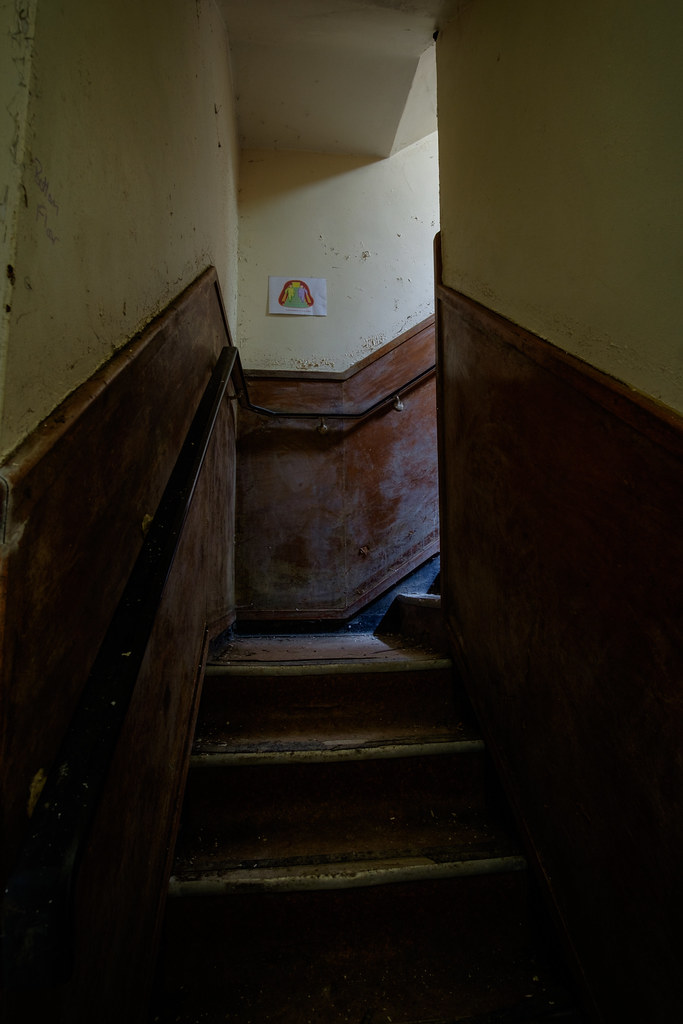 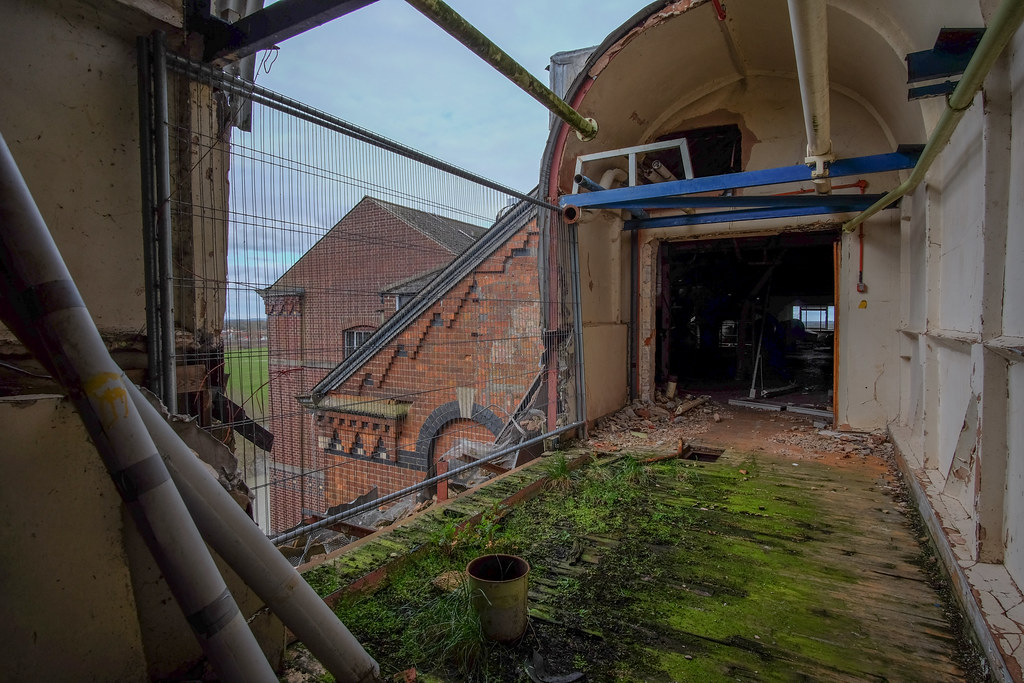 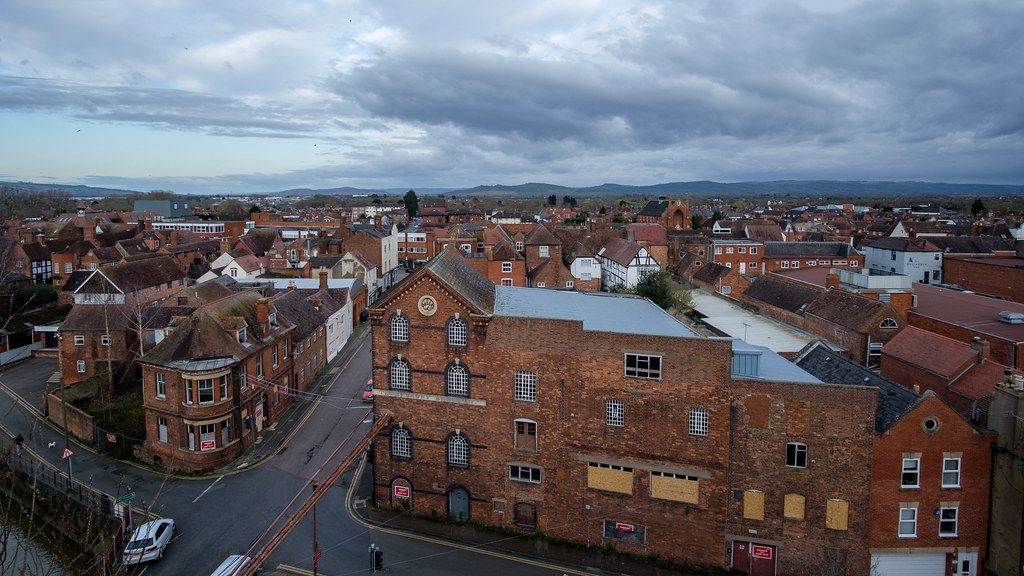 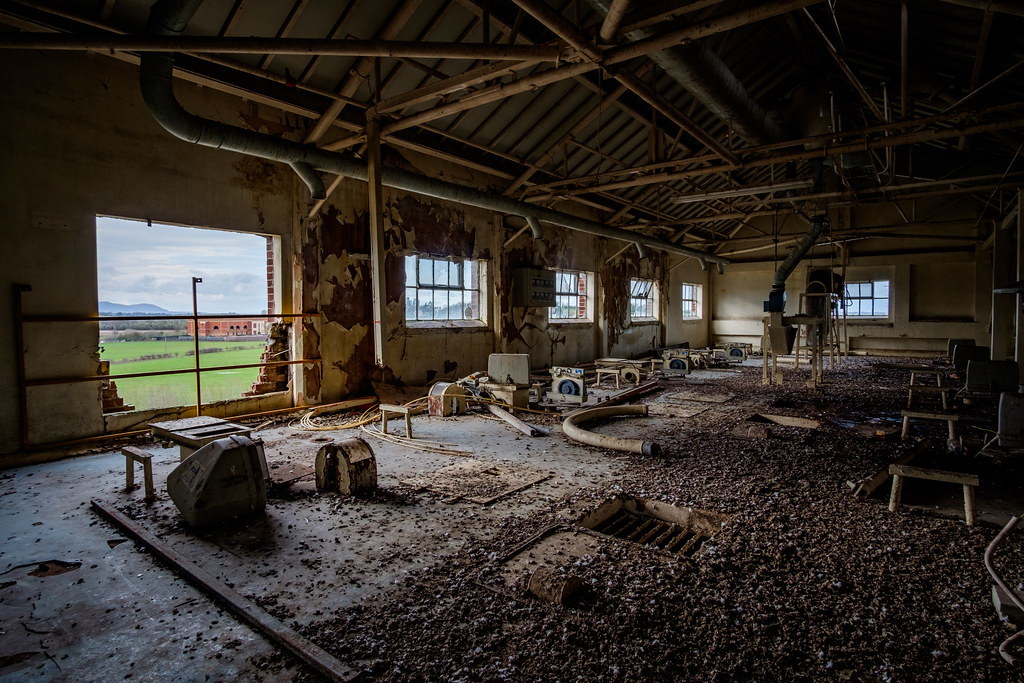 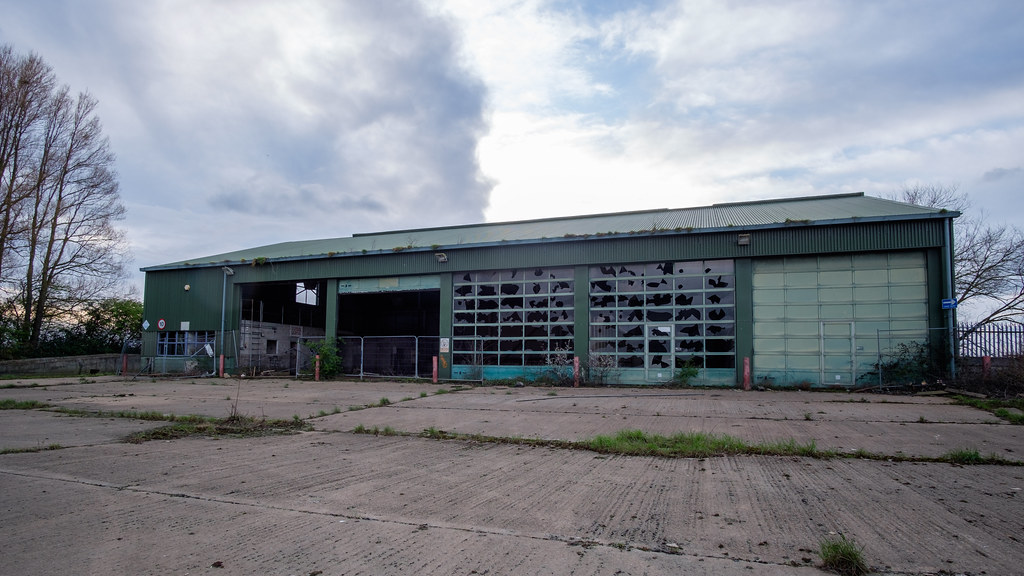 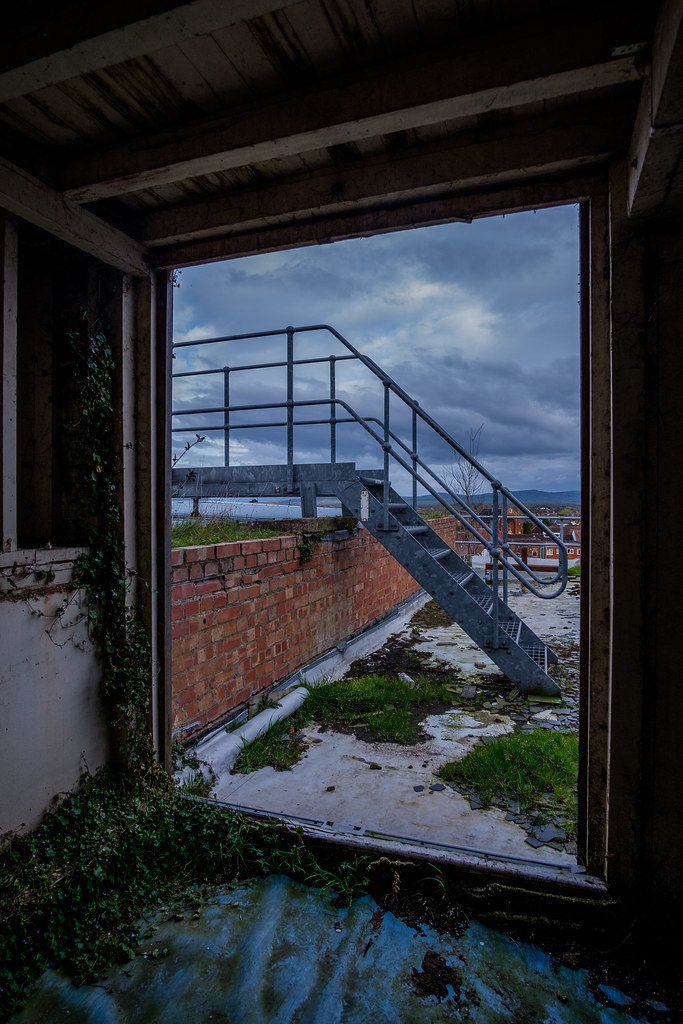 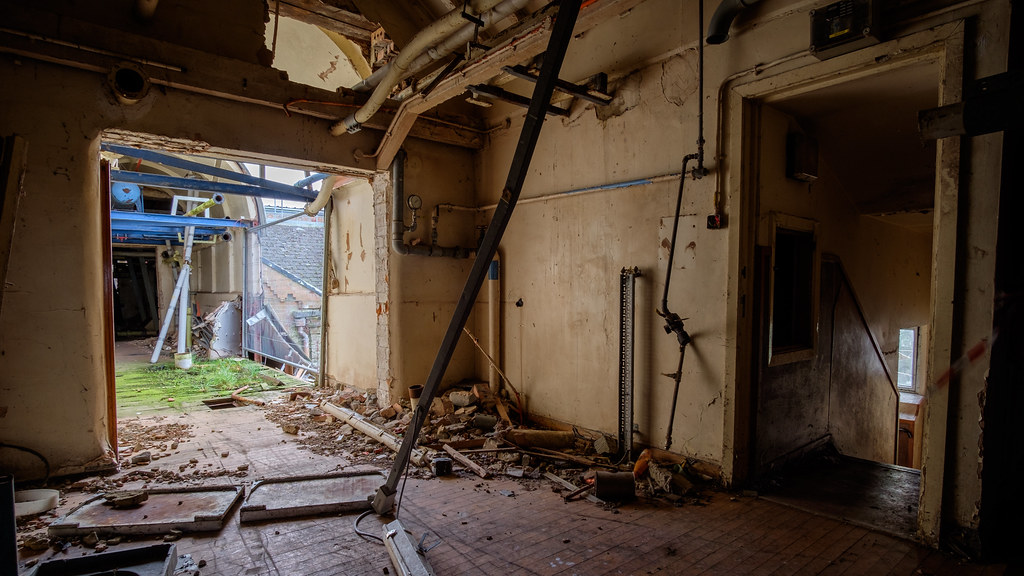 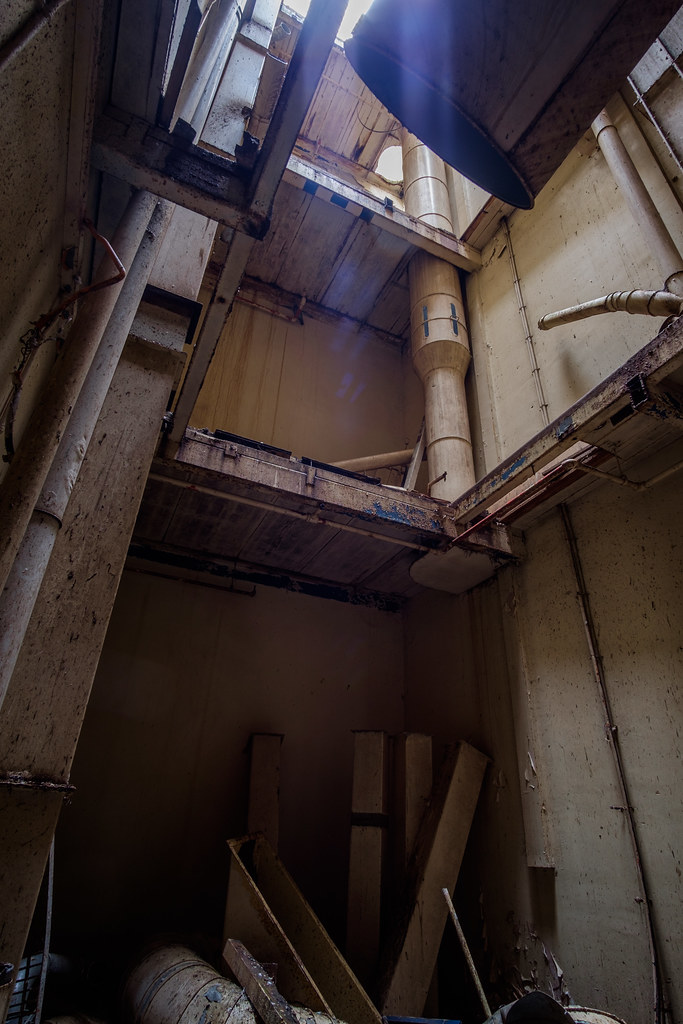 Myself and my girlfriend also did this place back in March 2020 before Lockdown too. Which day did you go on? In hindsight we could have met up!

I'm going to stick a report up in a bit about one of the buildings across the road from the Mill. I've had a mooch around here and can't seem to find anyone referencing the place, so hoping it may be of interest to a few people.

Lovin' your photos of the Mill by the way Grom.
The secret impresses no one; the trick you use it for, is everything...

Regular User
I think it was on the 20th. I live just down the road from Tewksbury so it's very local to me! Been meaning to do an early moving visit to the other side, but then lockdown happened.
http://gromexplores.co.uk/

28DL Full Member
Where abouts do you live, if you don't mind me asking?
I'm just down the road from Tewkesbury too; Dursley, to be exact.
The secret impresses no one; the trick you use it for, is everything...

Regular User
Right at the top of the Racecourse near Cleeve Hill. A lovely area.
http://gromexplores.co.uk/

Regular User
Nice to see this so recently. Nice photos, like that walkway a lot. Your views shots are quality as normal. Great report on the old place

Grom said:
Right at the top of the Racecourse near Cleeve Hill. A lovely area.
Click to expand...

Whenever they reschedule the Cheltenham Balloon Fiesta, be it this year or next, I'll wave at you as I fly over your house ;D
It is a lovely part of the County that.
The secret impresses no one; the trick you use it for, is everything...

Regular User
Nice. Your recent report shows its still worth a look after all these years.
flickr

Regular User
Looks just about the same as when I went two or three years ago. Just a bit less large machinery on site now.
-Needs a tripod and a decent torch.

28DL Member
been there aswell, didn’t go inside but just went through the gates and very local to me

Regular User
What a coincidence- I literally stopped here in the way back from Birmingham last week to see what was what!
Thanks for that - great to have an update for the place even if not much has changed :)
Blurred Boundaries
'busting Bristol wide open' - Louise 2012
SERVE CHILLED, LIKE SOMERSET​

28DL Full Member
It's good to see its again assessable. I went June 2014 and after 4 hours inside walked out straight into the owner starting to close our exit. Lots of threats later we managed to get away from him. Been past a few times since and locked up tight!
Great set of photos! (We called it Pigeon Mill and I'm sure my report must be still on this forum somewhere)
M