Guest
I know this has been done to death but...

High Royds is seriously on its last legs in terms of whats left and what will be gone forever very very soon. A massive thanks to Phill d for letting me tag along and teaching me the code of the urbexer! And to everyone else who came that day, muchos fun! Probably about 90% o people on here will ahve been numerous times, if you havnt, I urge you to experience this before it is turned in a hurrendous toy town village.

here are a collection of HR pics - through my lense. Enjoy!

There were 8 of us to begin with and we spent 6 hours trawling through as much as we could. On one dark and gloomy weekend High Royds was our playground. 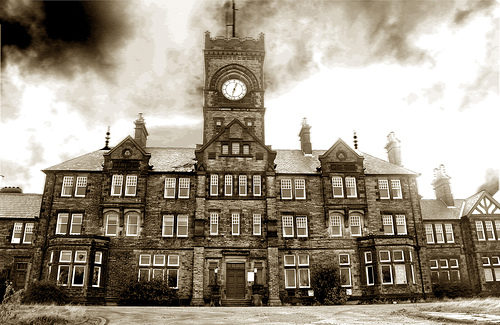 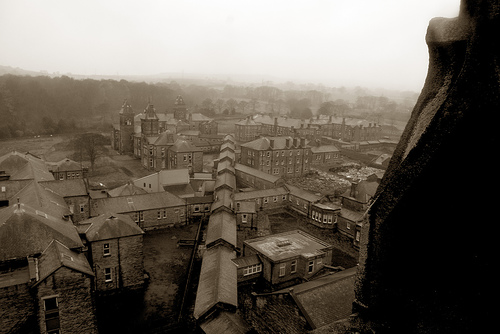 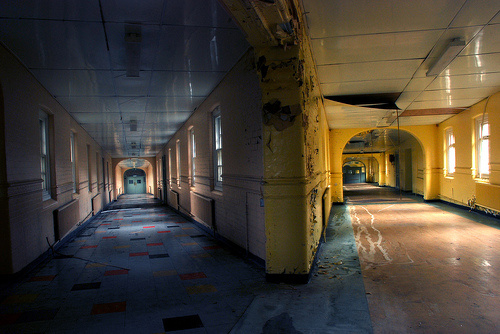 all except this tragic shot the corridors are otherwise endless. 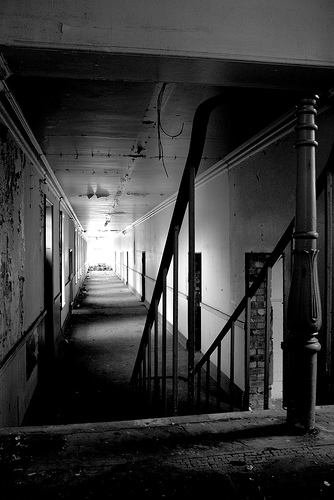 the vacant ballroom was particularly haunting with its gorgeous decor and impressive stage. The male and female residents were eventually allowed to mingle at the annual hospital ball. 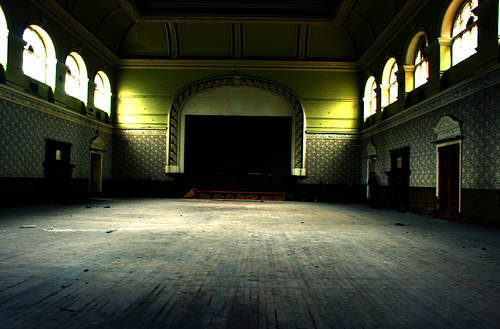 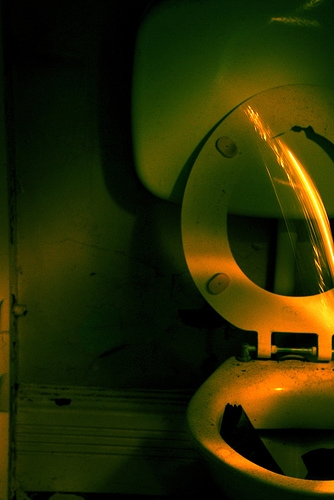 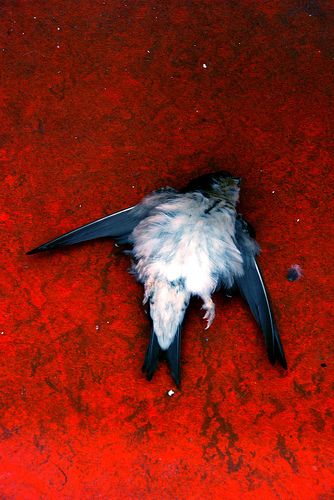 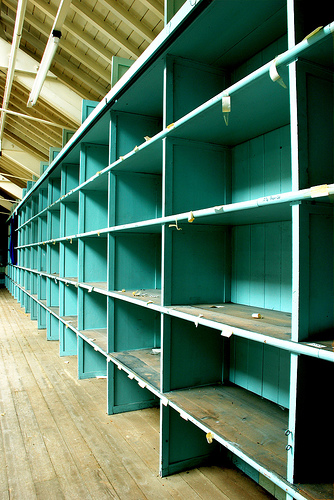 like the clock tower for instance, a very peaceful place 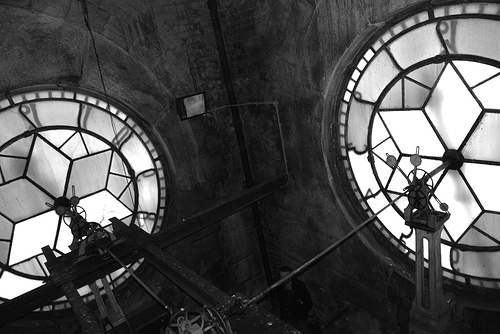 ...But even that had consumed something i was told - alive and well a week earlier, again adding to the feeling of loss and decay this building held. 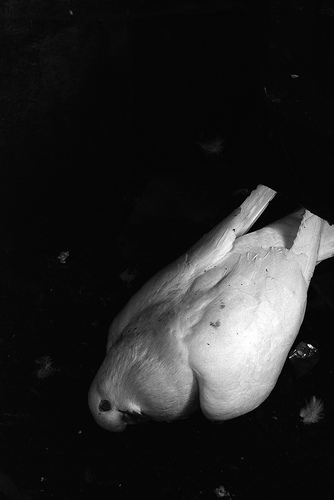 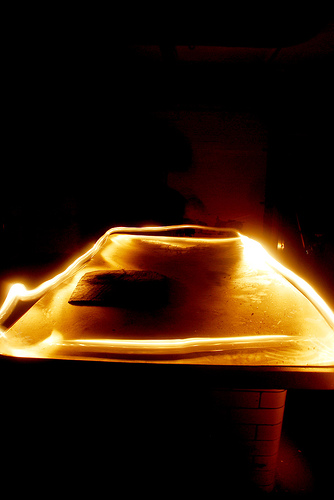 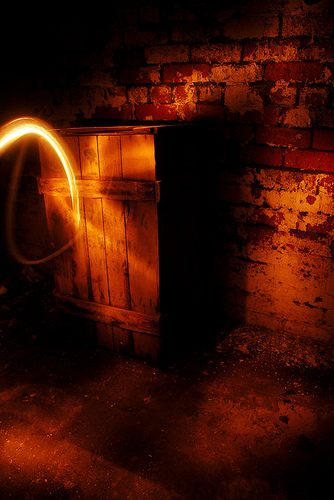 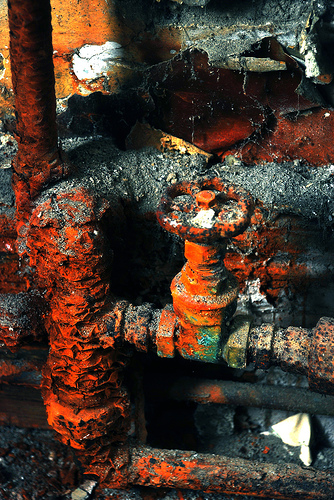 and finally we finished out tour with the best/shocking/raw place in the complex ...the mortuary 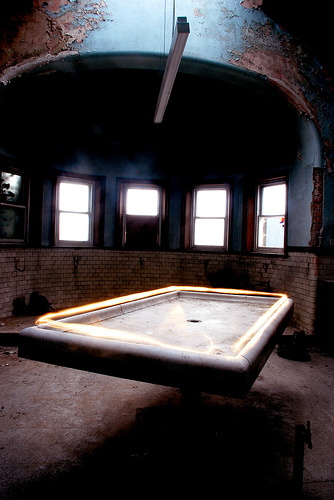 we even got to play dressing up!

...but it didnt end there. This was just the place the bodies were prepared for burial. Next on the agenda was the place where they were laid to rest ...in unmarked graves. 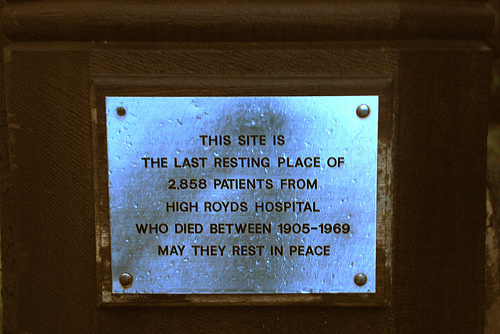 thats it, 6 hours later and we were all ready for our tea and i for one completely blown away by what we'd just explored. Having read a bit more about the history, some of its patients and seing some old photographs when it was still in use the memories i had of the place suddenly became a little more real.

Thanks disco!!
i did a couple of variations of it, the green seems to work best 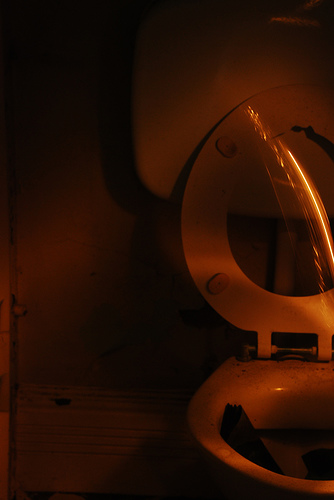 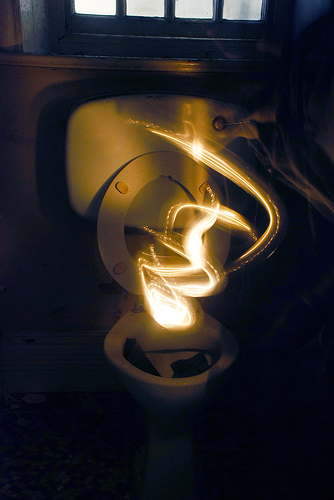 Im thinking of doing a whole set on toilets, i dont think they are explored enough.

Heres a few more pics of High Royds from a second visit a while back. The recent vandalism spurred me to dig them out, i'm just glad a saw it when I did. 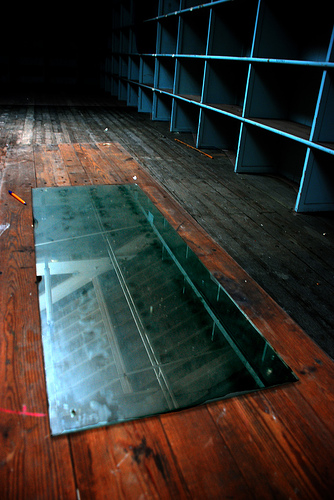 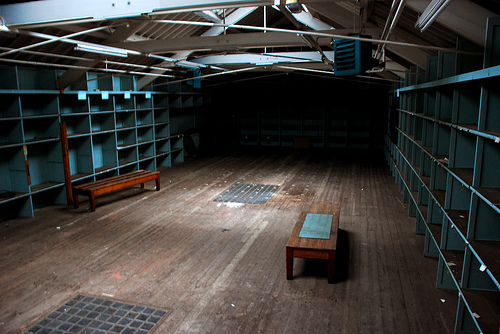 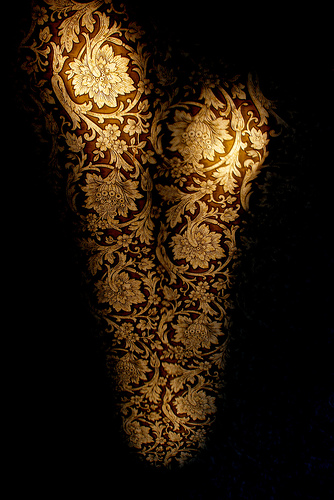 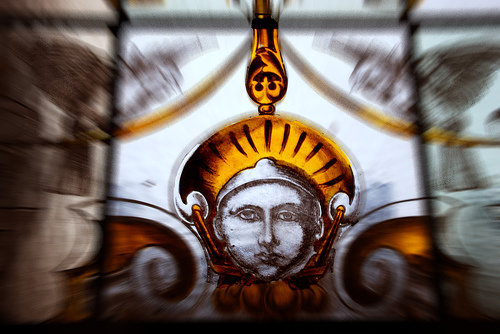 some graffiti in the clock tower 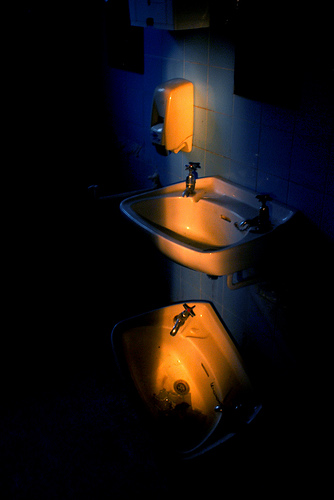 and the beauty itself 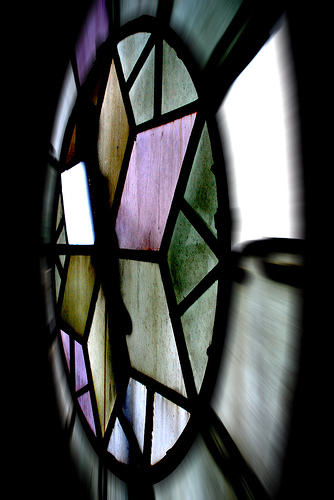