Hill's Tramroad was a 2ft gauge horse drawn tramroad connecting the Tyla quarry on Gilwern Hill with the Blaenavon Ironworks, and also providing a route past the Garnddyrys forge to the Brecknock and Abergavenny Canal at Llanfoist. There are three tunnels on Hill's Tramroad: the very long Pwll Du tunnel, a shorter cut and cover tunnel below the Garnddyrys forge, and the shortest of them all, a 40m long cut and cover tunnel on the north flank of the Blorenge hill.

Garnddyrys Forge was an iron foundry in Wales that operated from about 1817–60 near Blaenavon in Wales, lying on a tramroad between Blaenavon and the canal. At one time 450 people lived around the ironworks. It became isolated when the railway took a different route to Blaenavon, and was abandoned. Although little now is visible, it is archaeologically well-preserved. The tunnel runs alongside the forge site and is of cut and cover construction. We have no idea why it was built as it doesn’t cut through any hills and is never more than a metre below the surface. Surely a cutting would had done the job? Myself and Oort concluded that it was covered as a protection from smoke and pollution coming from the ironworks? Any better ideas?

1. South Portal of the tunnel 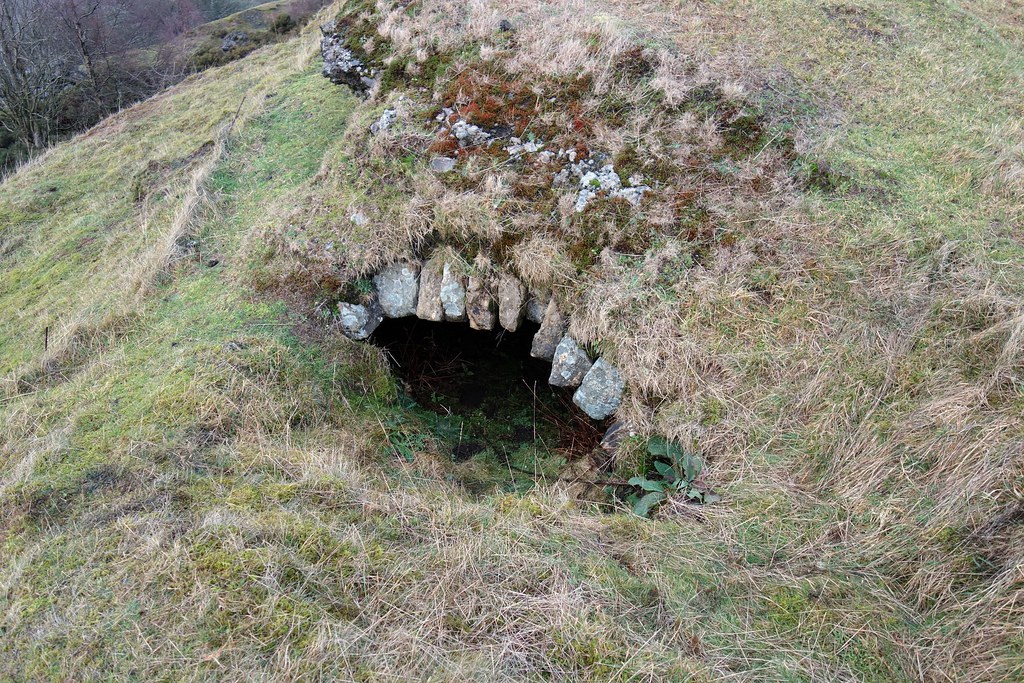 2. About 50m long before hitting the surface again and resuming 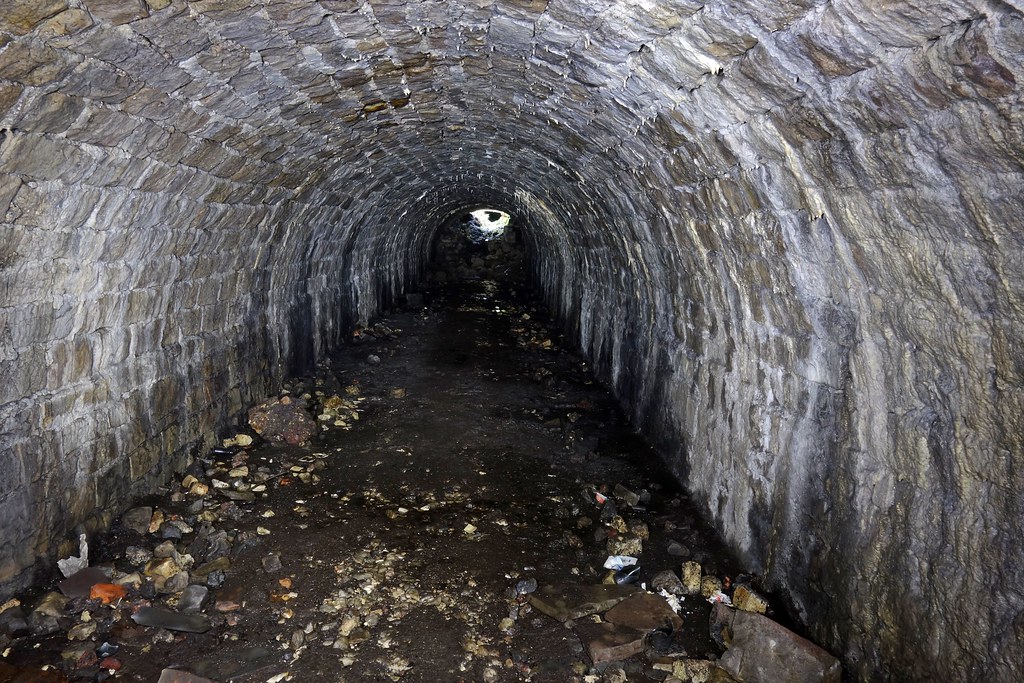 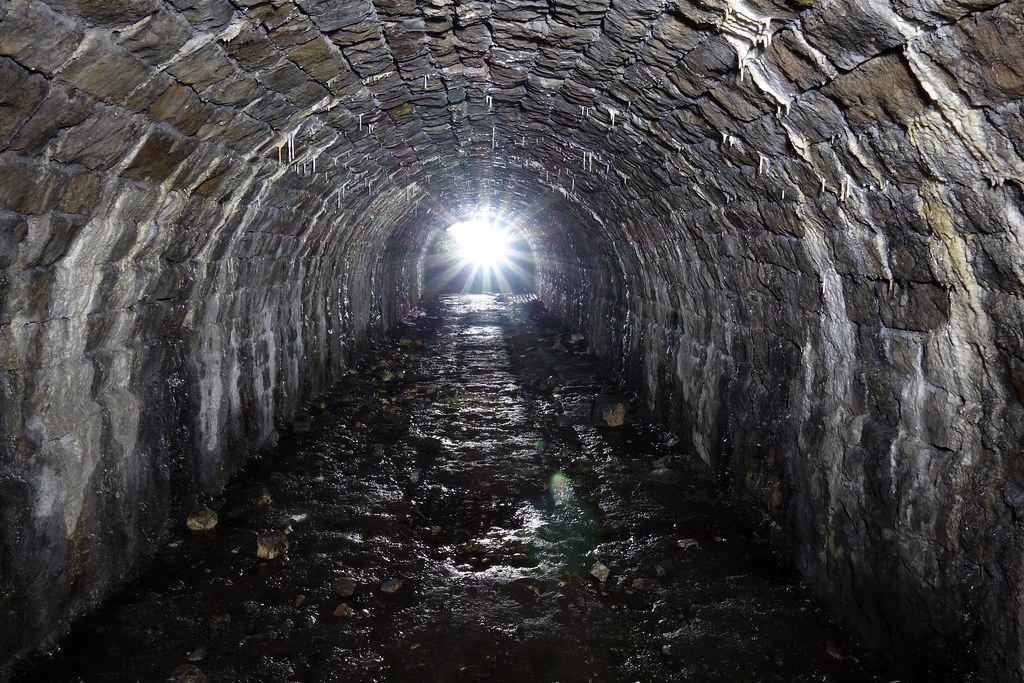 4. The second Northern half of the tunnel is about 150m long and curved 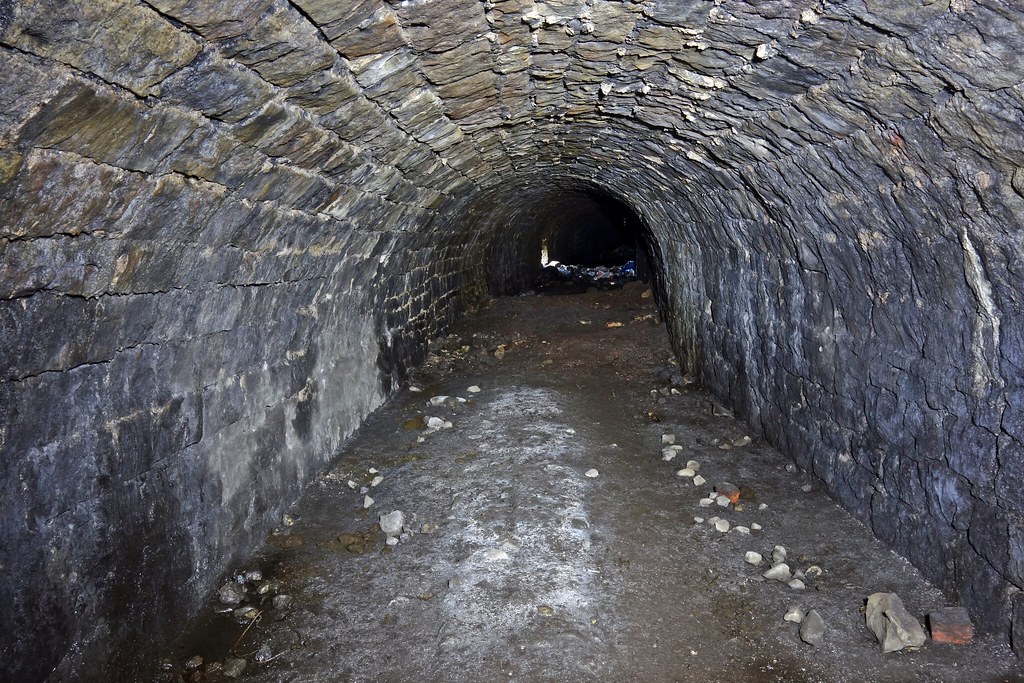 5. With a small side passage leading into the site of the forge. The passage reached a dead end after 10m 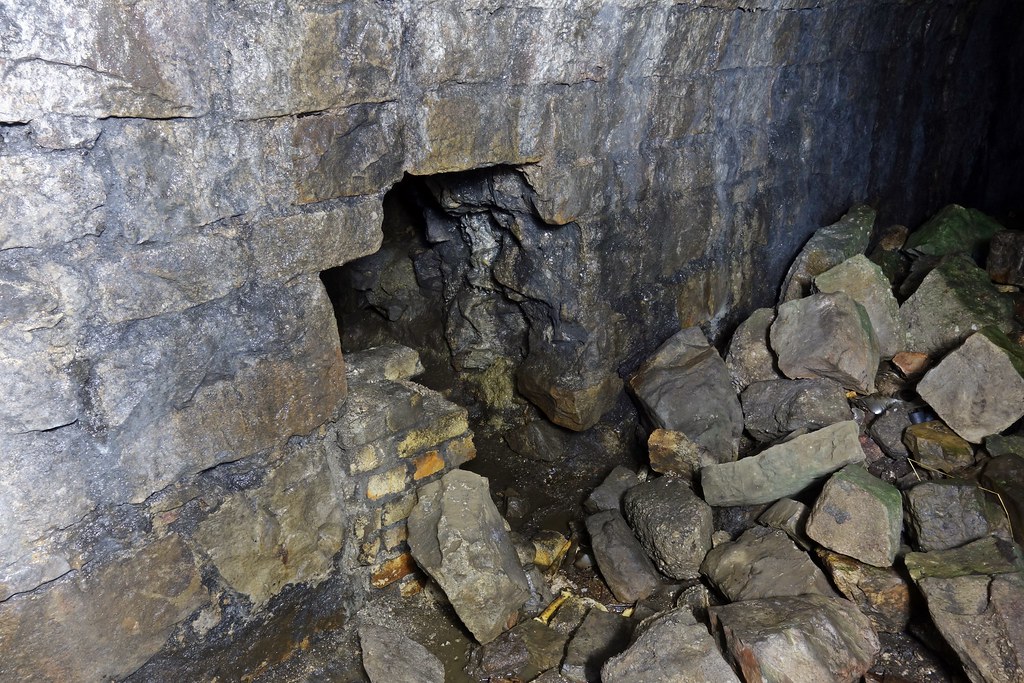 6. Somebody had placed sheep skulls onto spikes on the wall. If I was a Daily Mail journalist could had used a clickbait title along the lines of "Explorers discover a secret Satanic Temple" 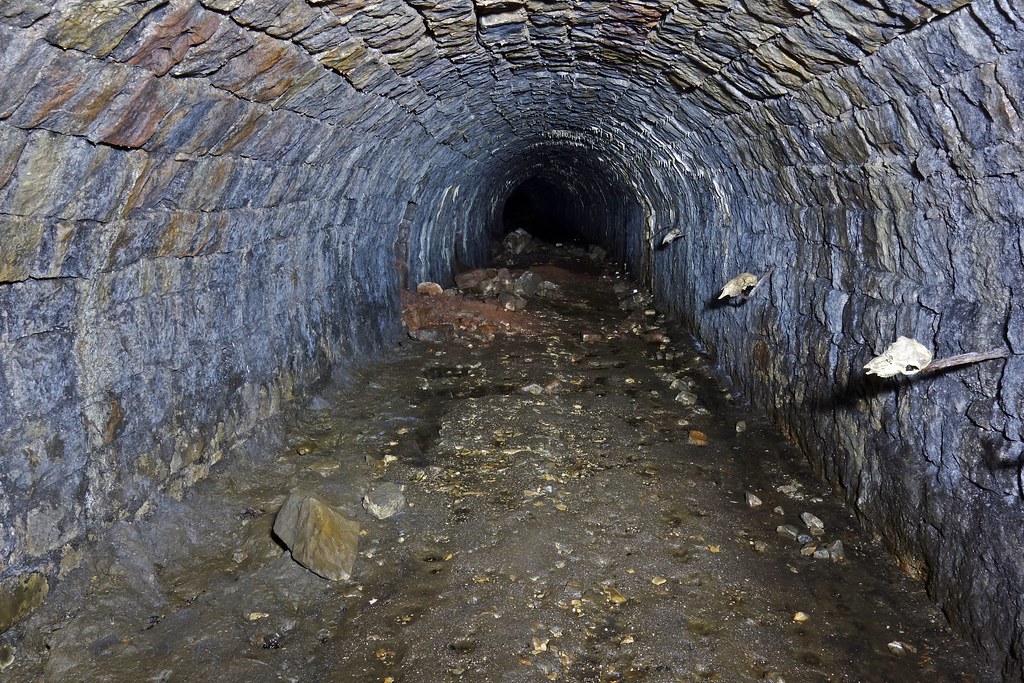 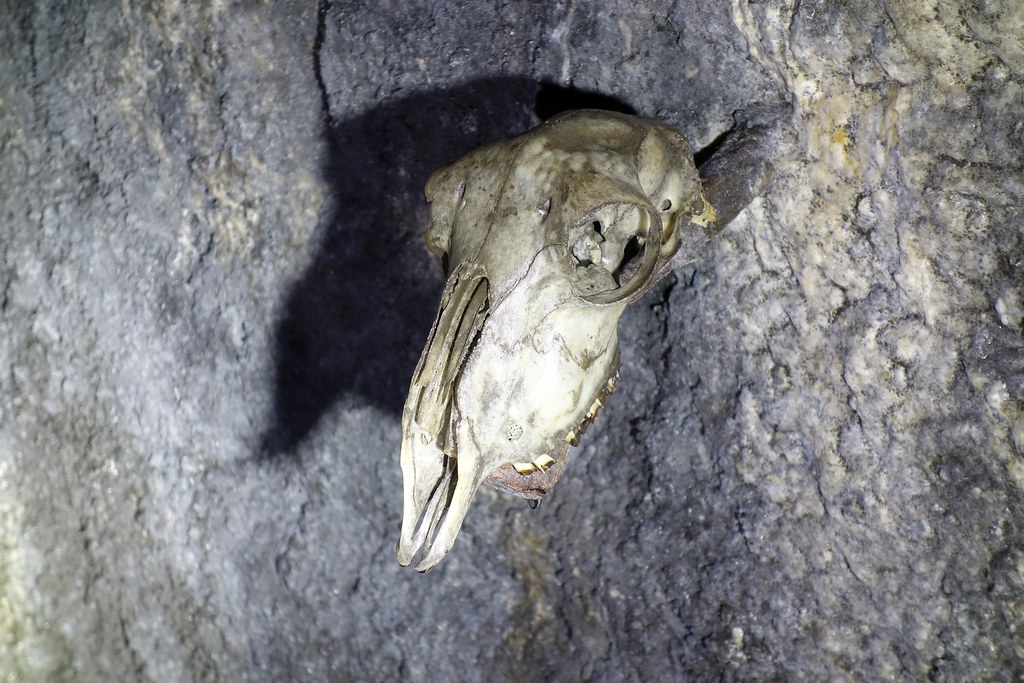 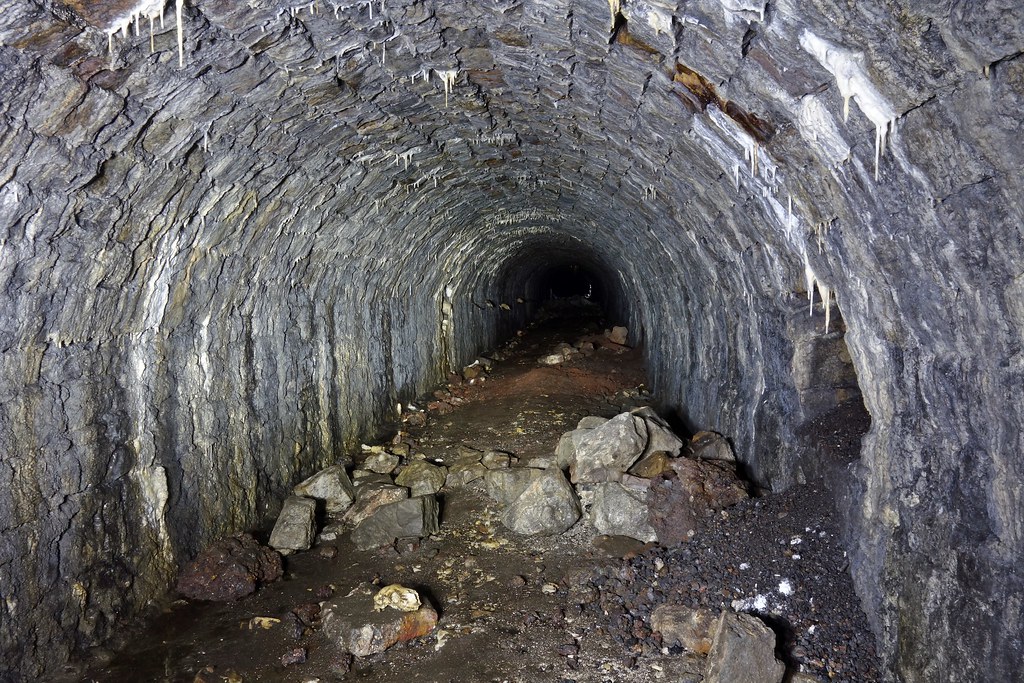 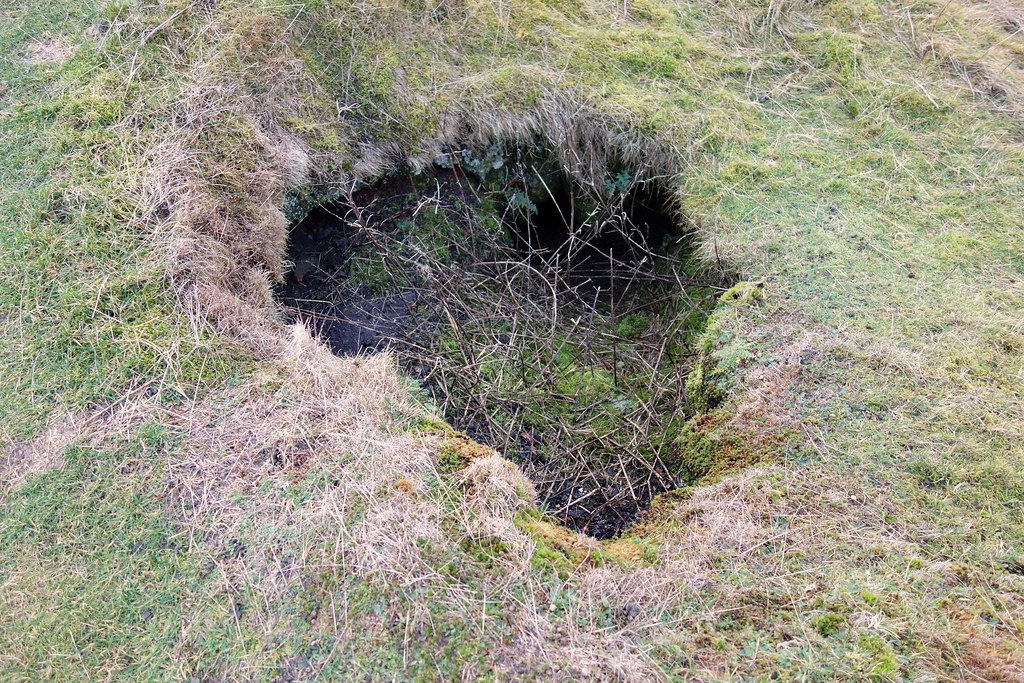 10. Walking on top of the tunnel. As you can see the tunnel doesn't cut through anything and seems rather pointless 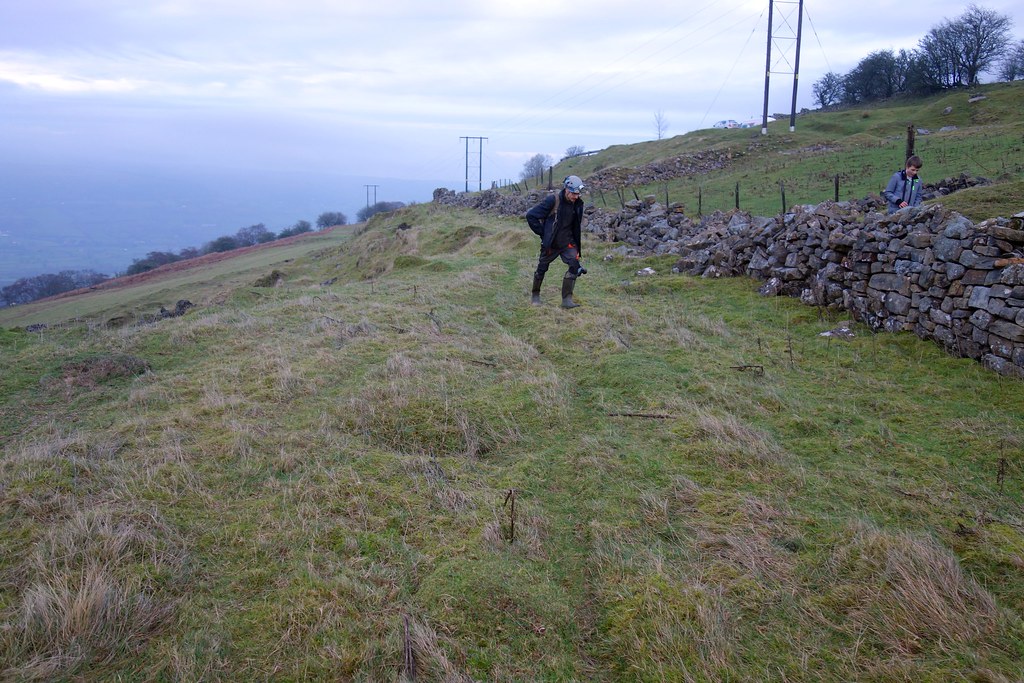 The Pwll Du Tunnel was the longest horse-powered tramway tunnel to be built in Britain at 1875 metres in length. It started in Blaenavon and was originally a coal mine, running northward almost horizontally into a hillside. Later it was extended right through the hill and used to carry limestone from quarries at Pwll Du and Tyla to the ironworks at Blaenavon, and to carry pig iron from Blaenavon to the Garnddyrys Forge. The tramway was extended past Garnddyrys to Llanfoist Wharf on the Brecknock and Abergavenny Canal. The tramway from Pwll Du to the canal fell out of use when the railway came to Blaenavon and the Garnddyrys forge was closed in 1860, but the tunnel continued to be used to carry limestone to Blaenavon until 1926. It is now a scheduled monument and part of a UNESCO World Heritage Site. 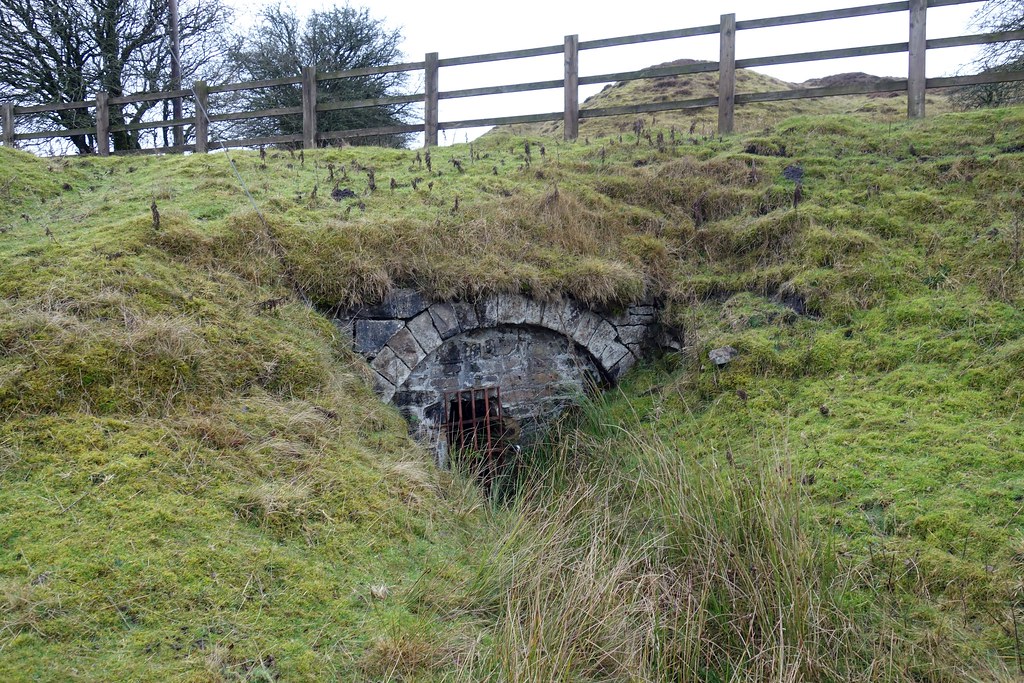 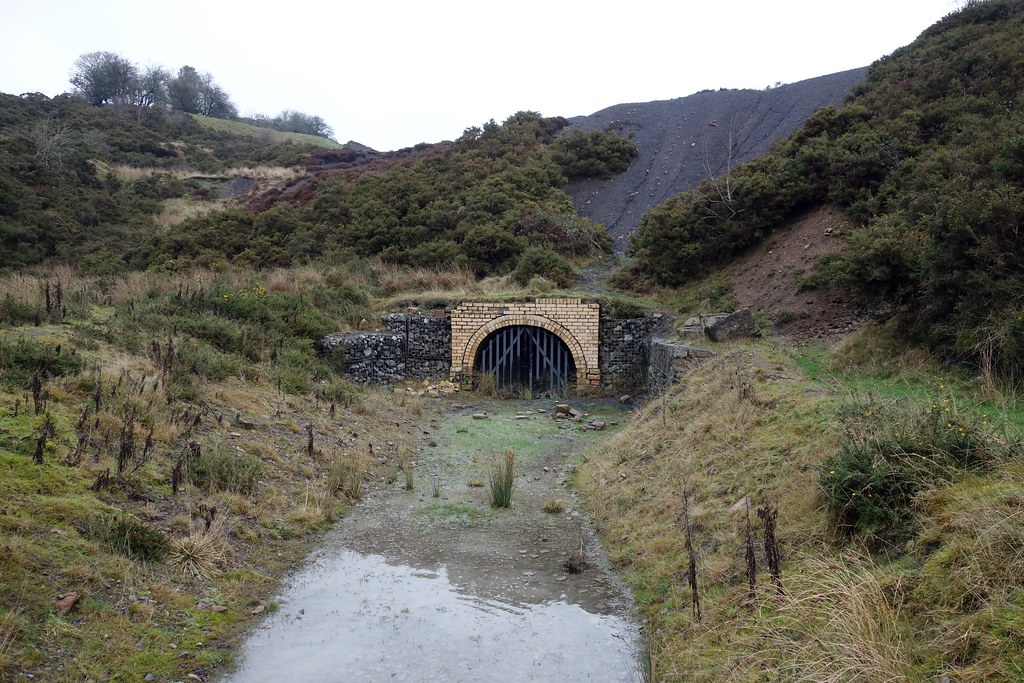 We never got to the Blorenge tunnel as the light was fading and a long walk from the nearest parking spot. It's only 40m long anyways.

Nearby is the remains of a WW2 auxiliary unit Zero Station. The Blorenge Zero station is located right at the top of the Blorenge, a flat topped mountain just outside Abergavenny. The suitability of the site for long range communication is shown by the modern transmitter mast a couple of hundred meters away. The OB has the classic Zero station layout of three chambers. It is built from hollow blocks. The entrance was down a rectangular shaft which would have been camouflaged during the war. There is the remains of a prefabricated hut here too. A few bricks, a front step and sections of the supports for the wall panels are all that remains of the hut. 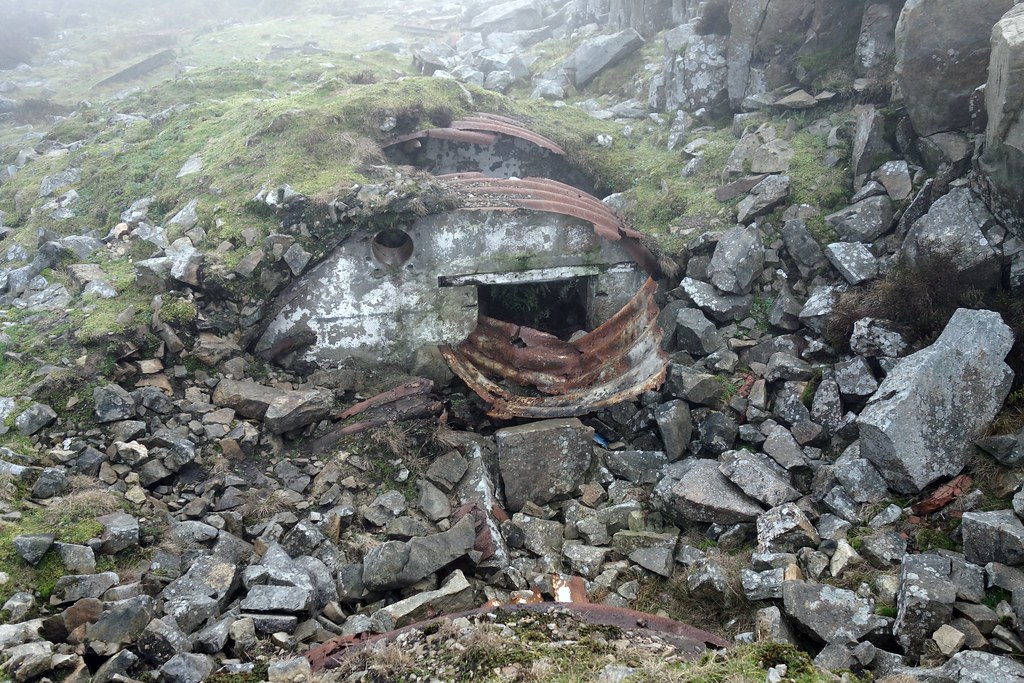 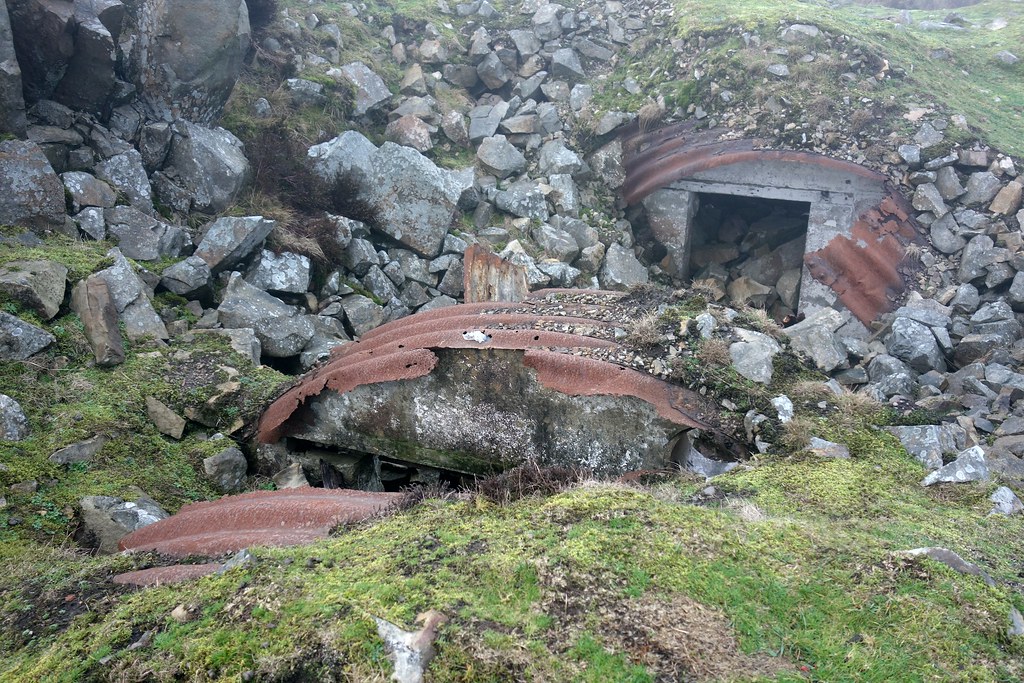 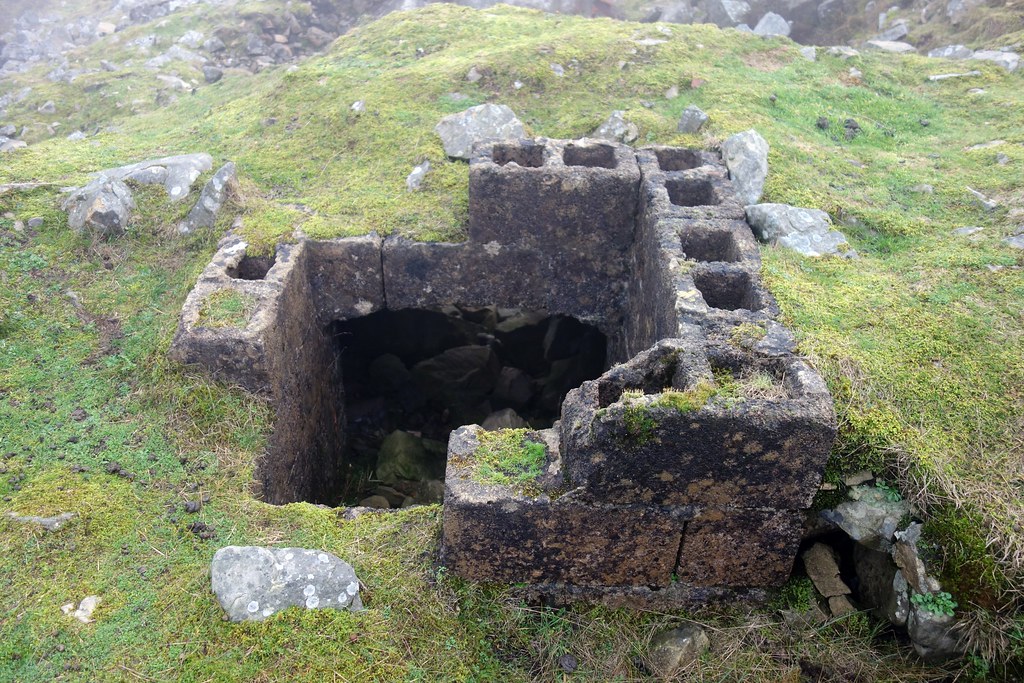