Regular User
1. The History
Harthill is an ancient village at the south-eastern tip of the West Riding of Yorkshire. In the village can be found the former North House farm and its extensive outbuildings. After a lot of research, very little information could be found about the farm itself. It has, however been empty and abandoned for some time despite intermittent periods of time spent on the housing market.

It’s now surrounded by an abandoned estate of seven detached houses with garages. They were being built by the landowner who finished a larger house in the middle of the plot. This is now inhabited but the surrounding houses lay boarded up and empty. They were apparently started around 1986. Sources refer to the developer running out of money and the work on the properties, which where finished in terms of external construction and awaiting fitting out internally, stopping in the early 1990s. Other rumours abound that the builder and his wife divorced during the building of these unfinished houses and as part of the divorce settlement, she received the houses/land plus a lump sum. Now the houses just sit awaiting either finishing off or demolition and redevelopment.

2. The Explore
Came here a year or so ago but the light was giving up plus I was a bit pushed for time so only got around the fam house and some of the outbuildings so been meaning to have a proper look at the place. So, on a windy and rain-soaked morning checked it out with a non-forum member mate of mine. The farm outbuildings are extensive and have been subject to some efforts to convert them, which clearly stopped some time ago. The remain empty and devoid of anything of interest. The farmhouse has a got a bit more about it but remains in a pretty poor state and is also a shell bar a few fireplaces and some old bits of wallpaper. The seven houses are all boarded up bar one, which was no big loss given their uniform layout. It has a bit of a weird feel to it for new houses all to be in this abandoned state. Overall, not a place to go out of your way for but if you are in the area, worth a quick pop in. 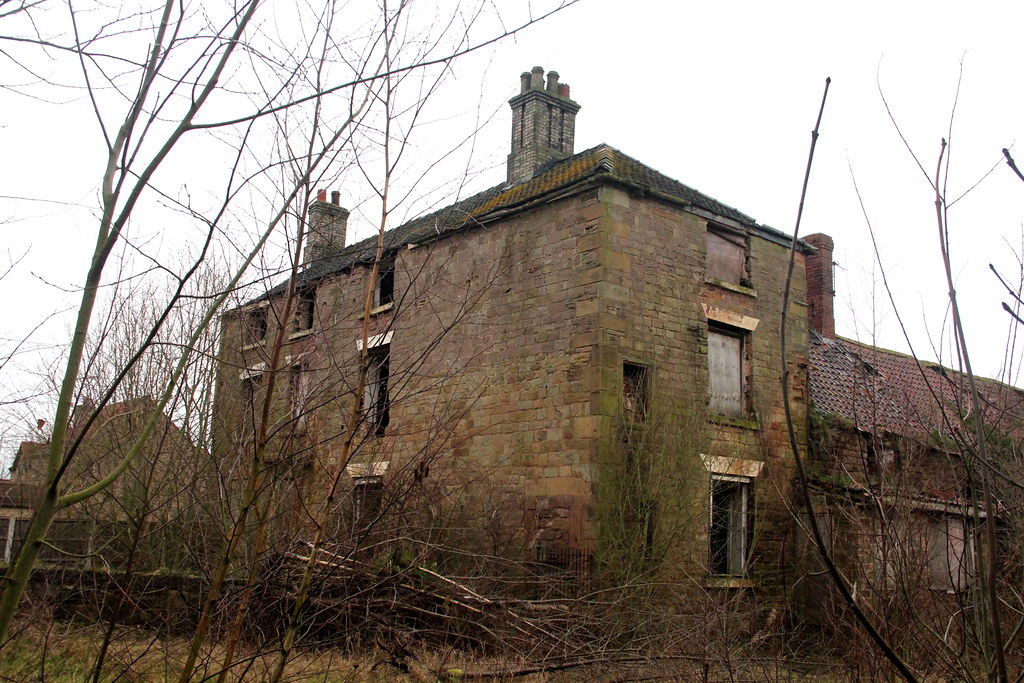 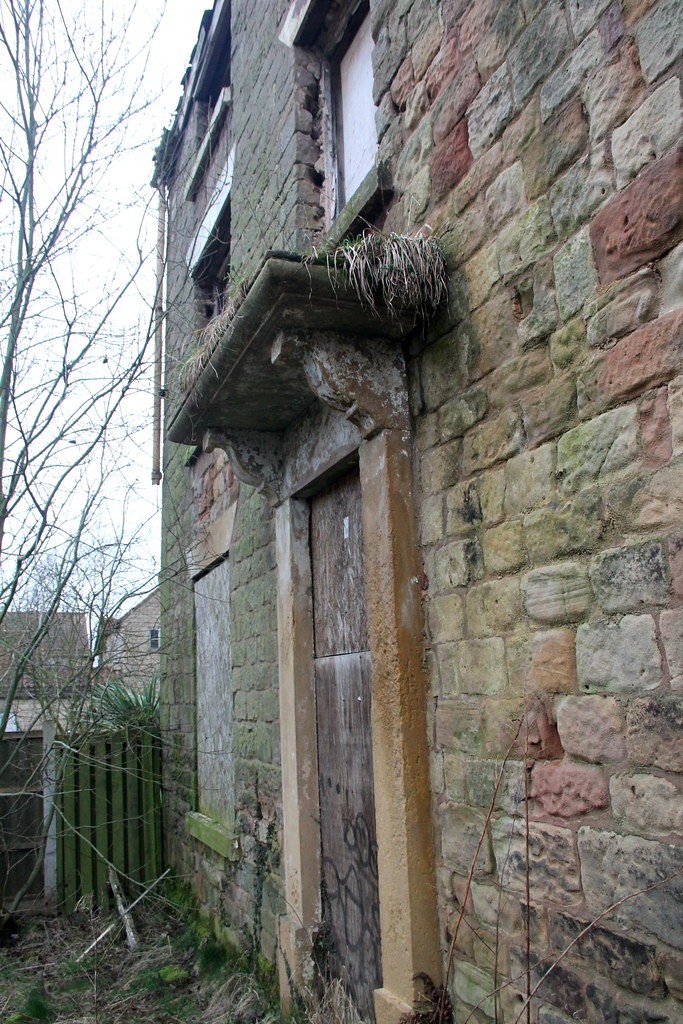 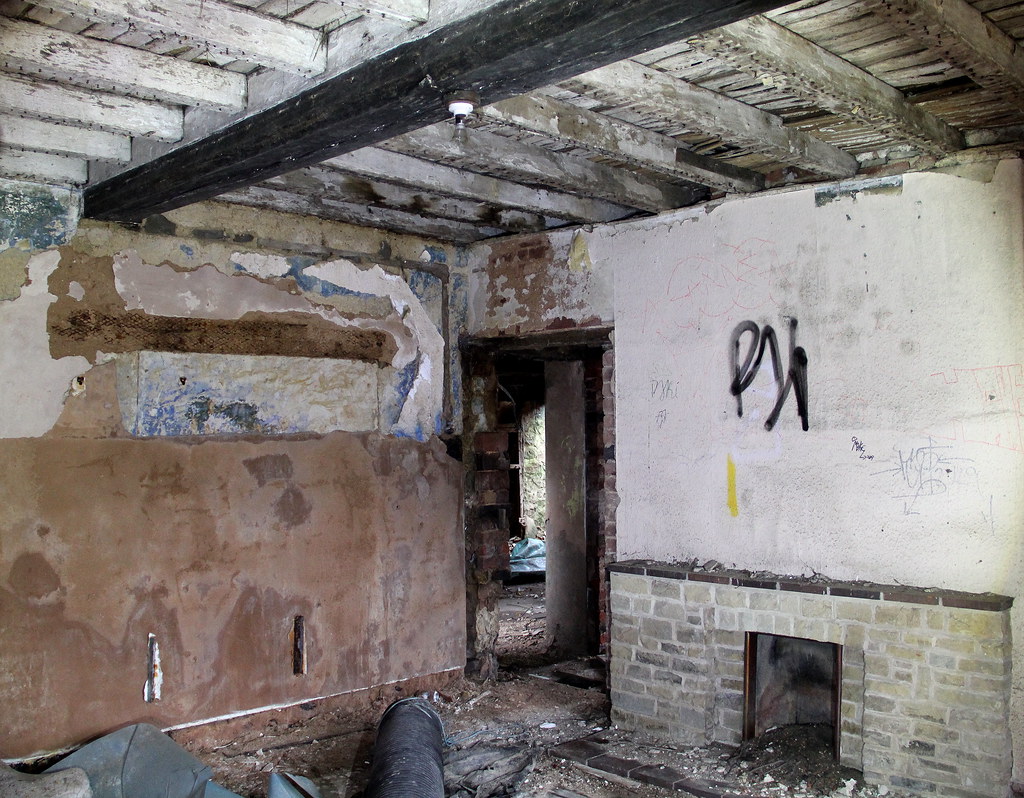 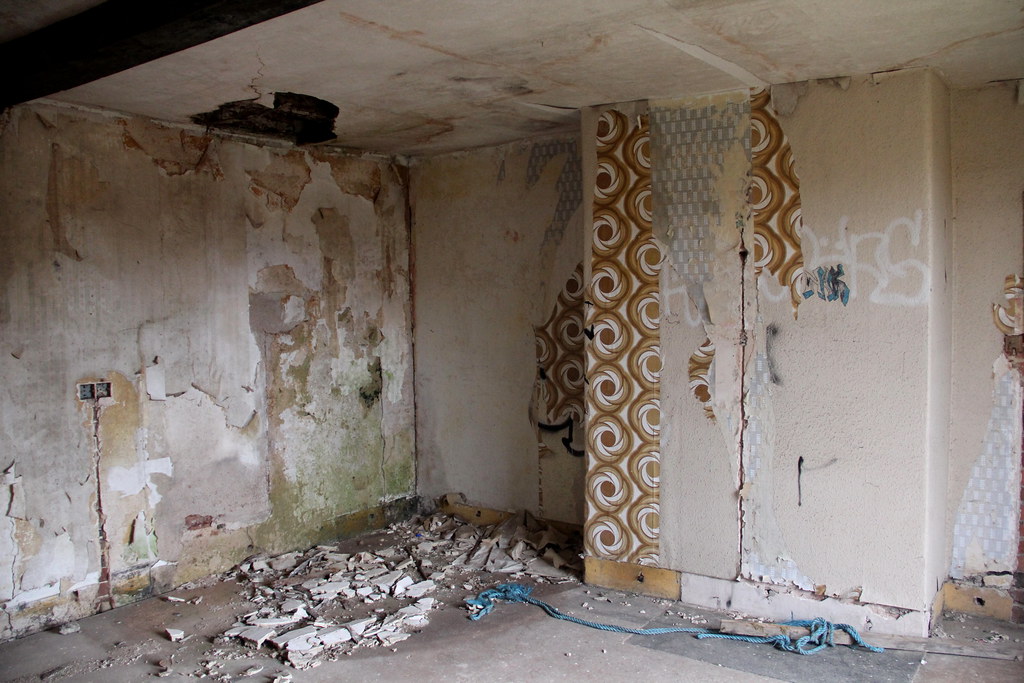 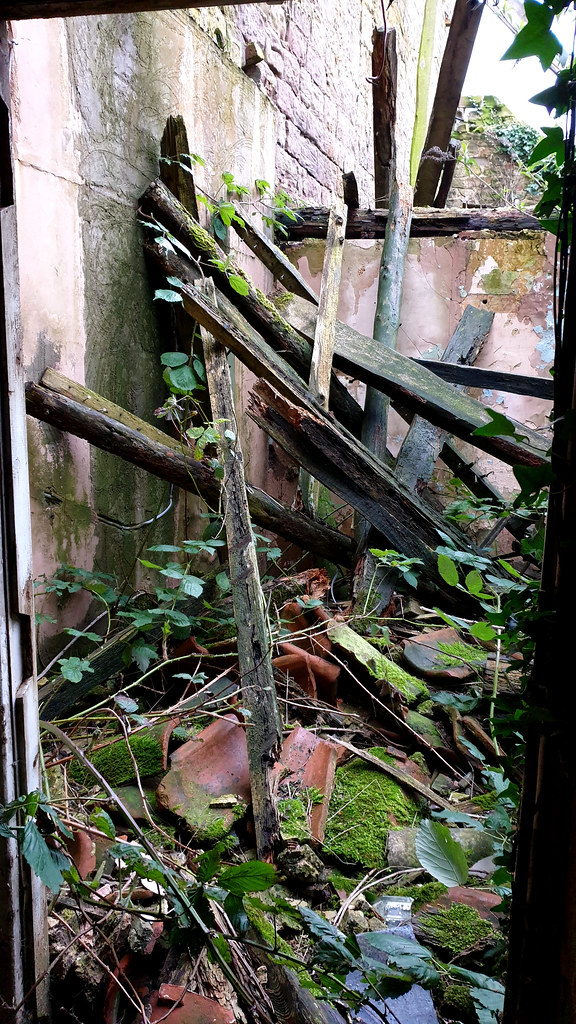 And on this bay window: 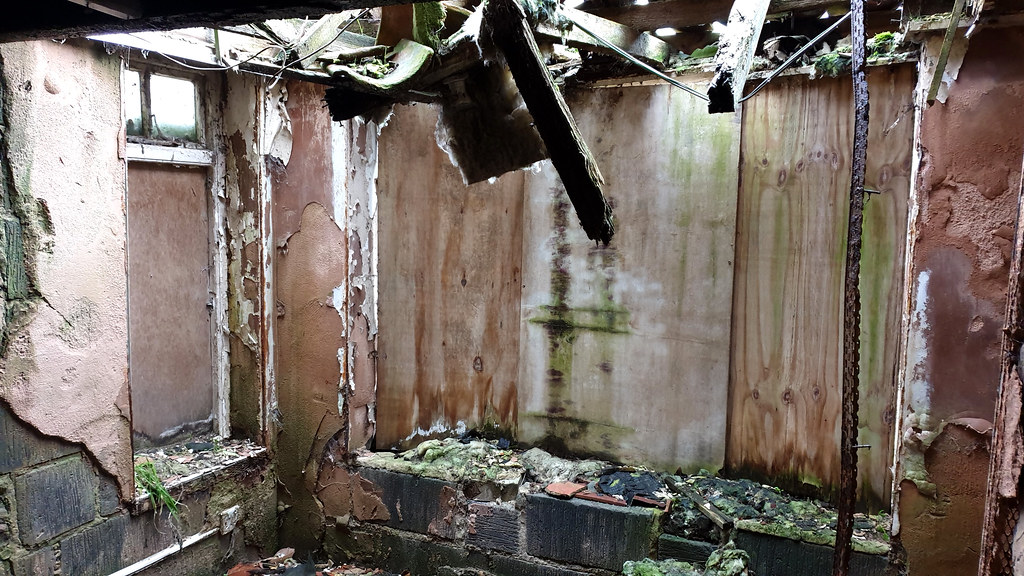 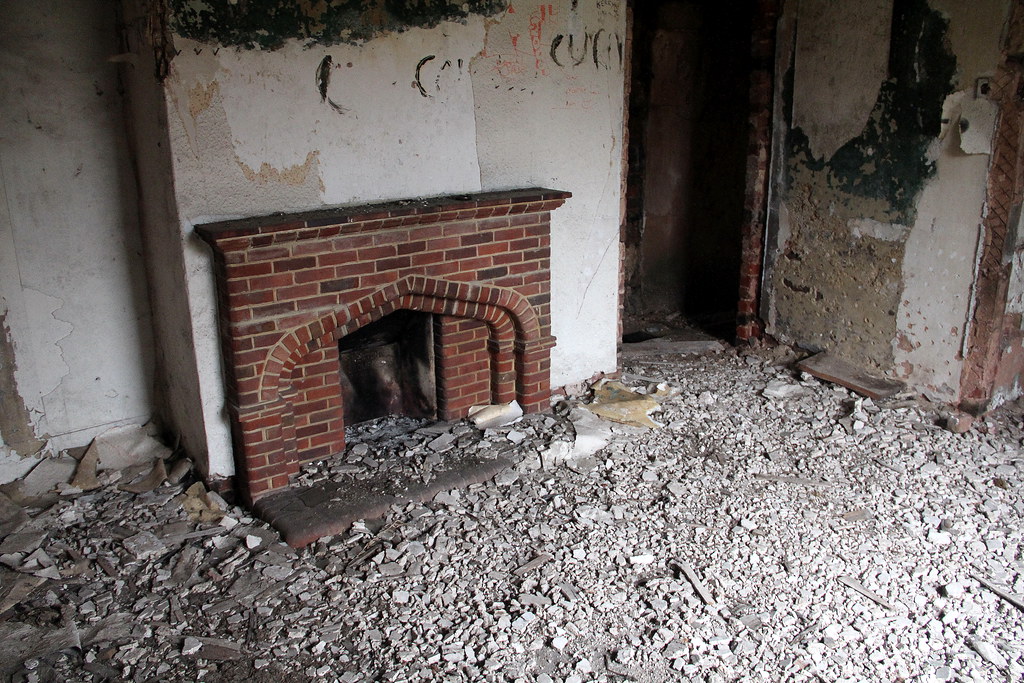 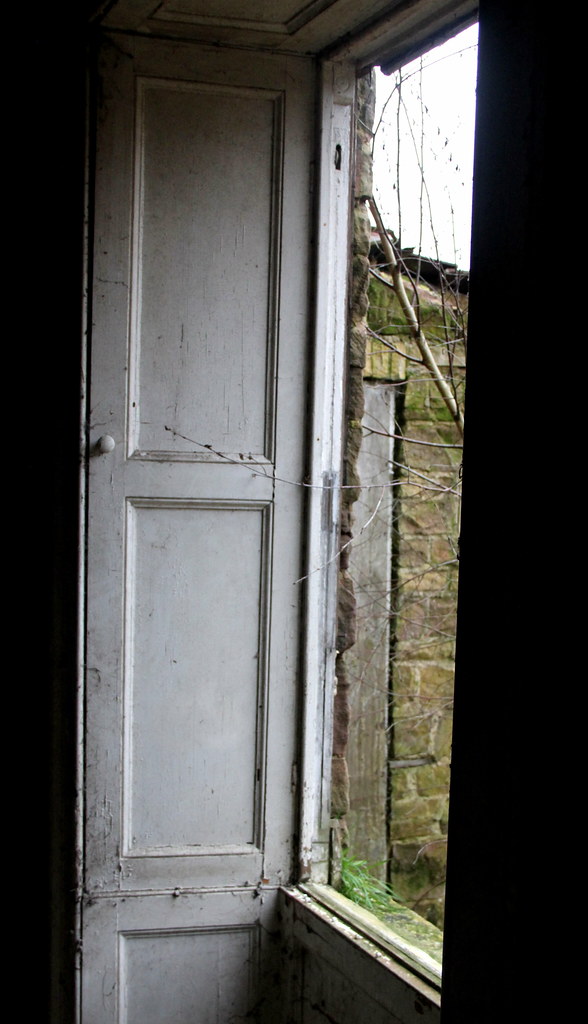 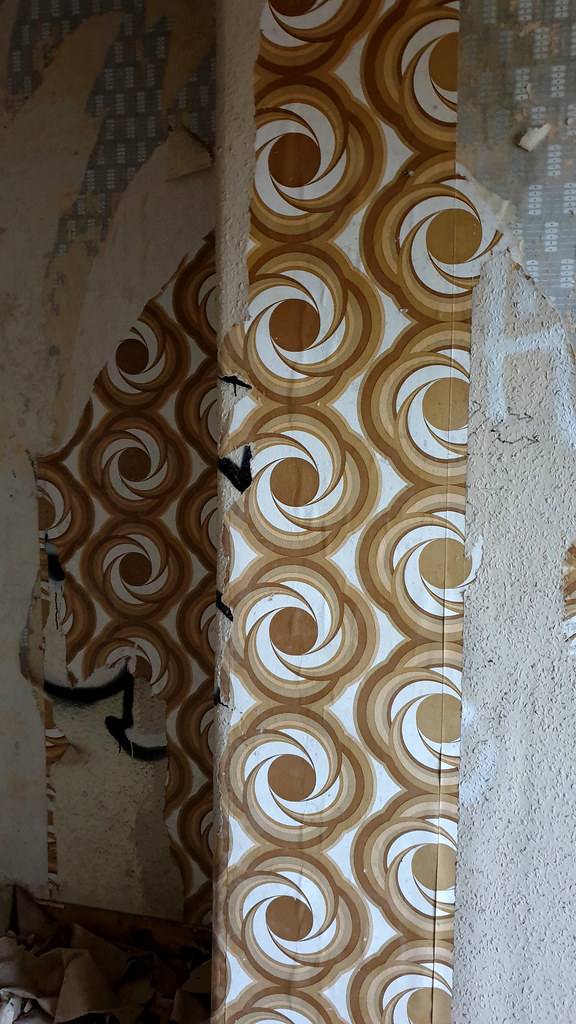 But you can get up-stairs still: 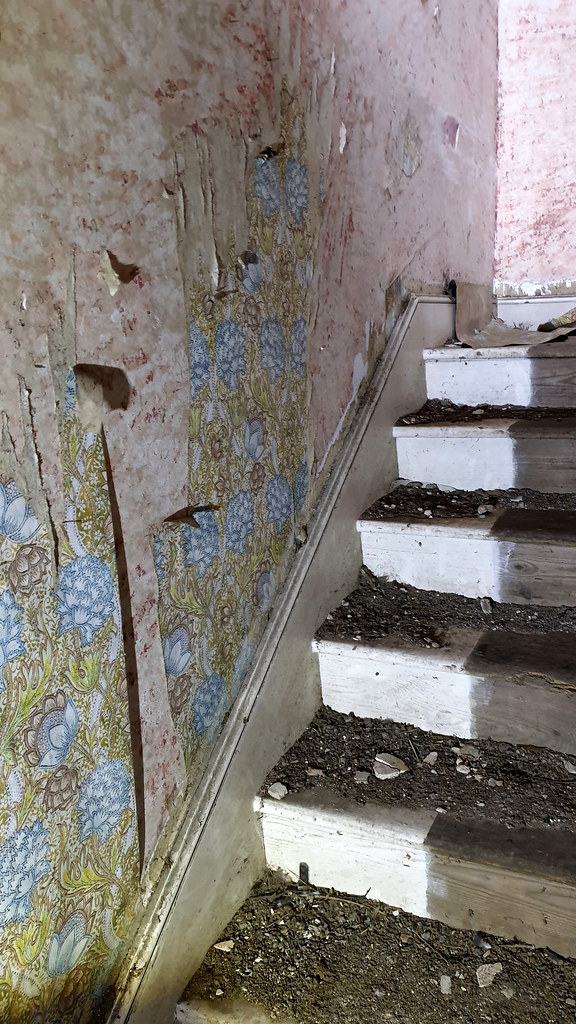 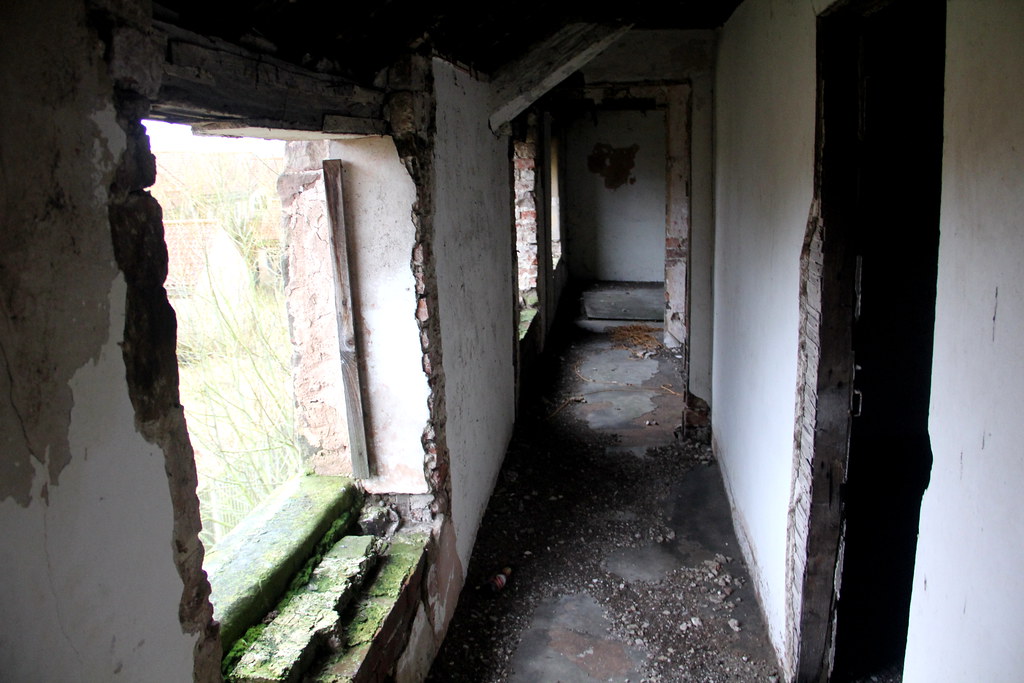 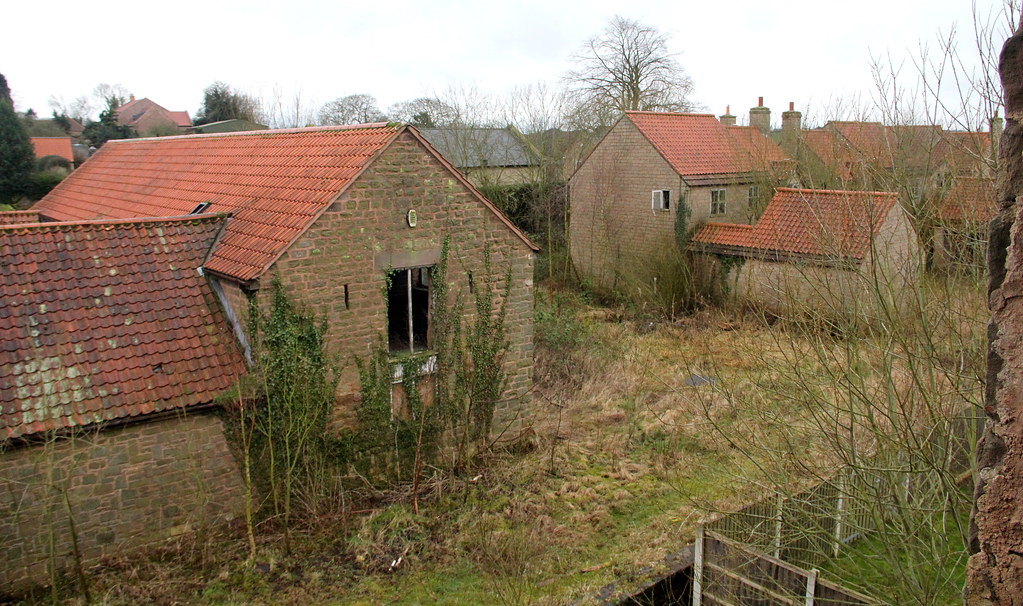 And up to the top floor too... 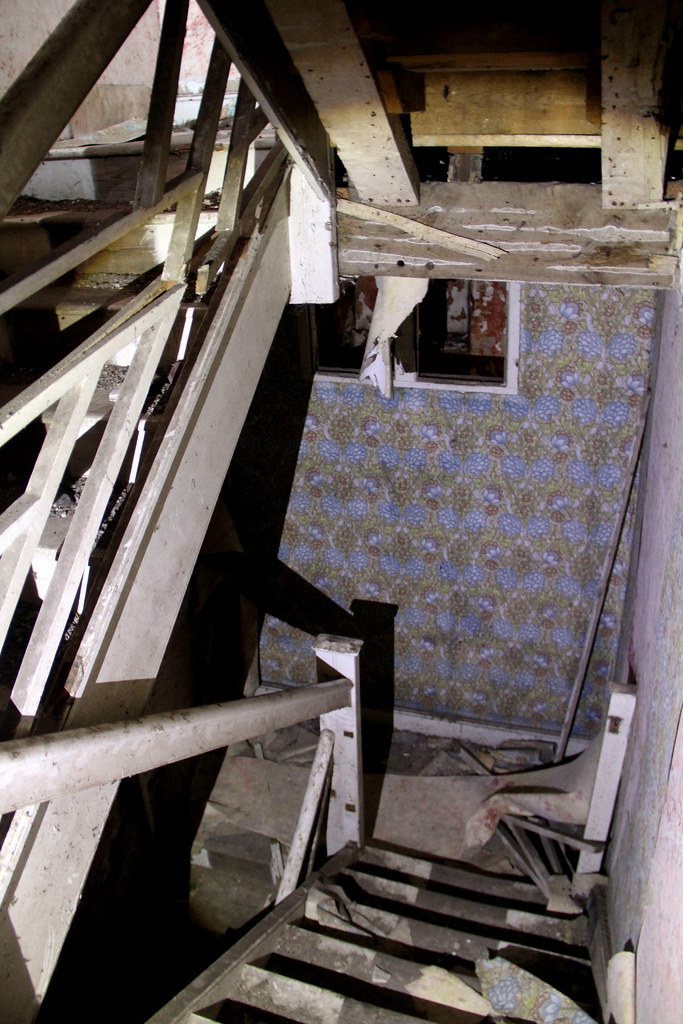 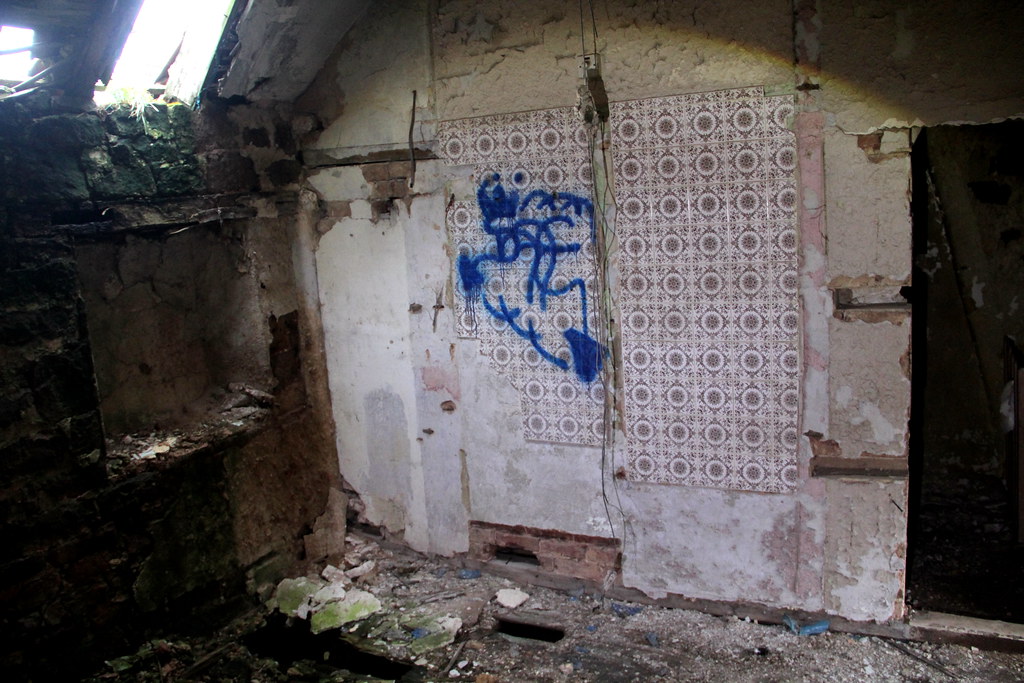 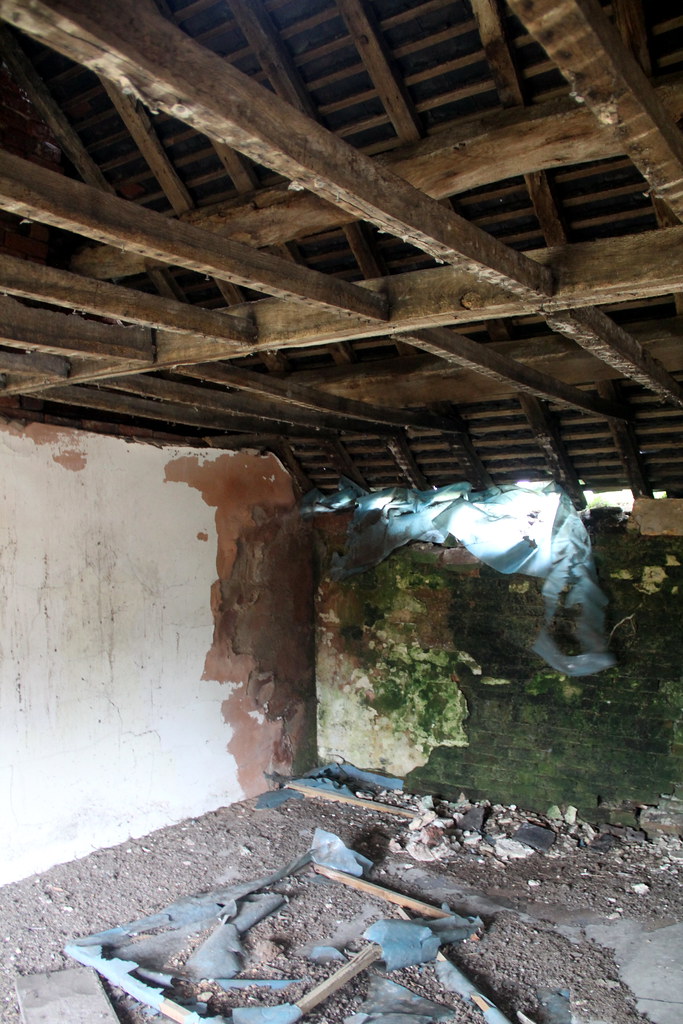 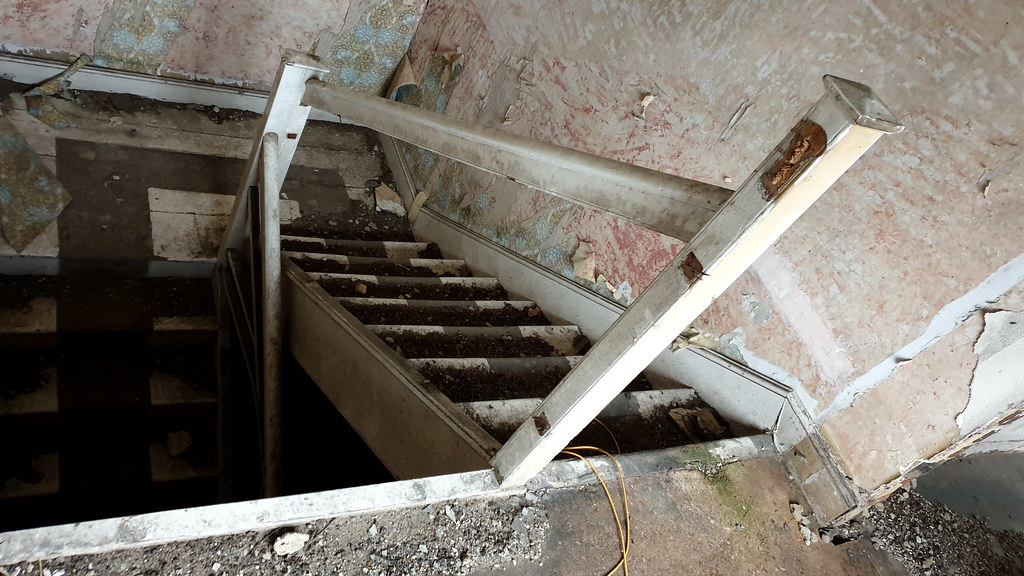 On to the estate itself: 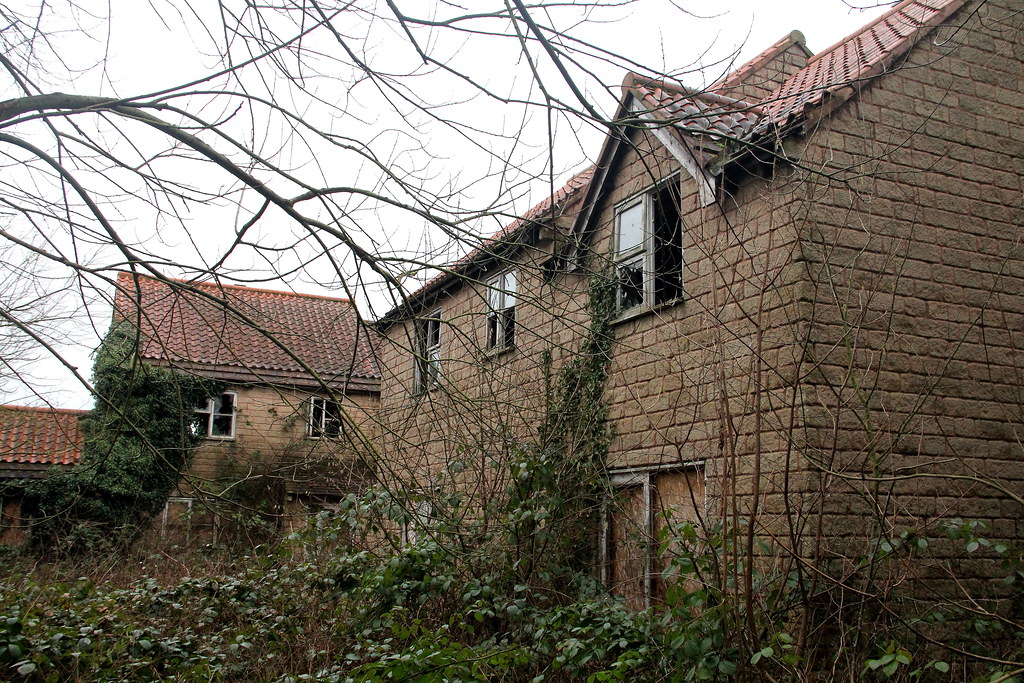 It’s got a strange vibe to it: 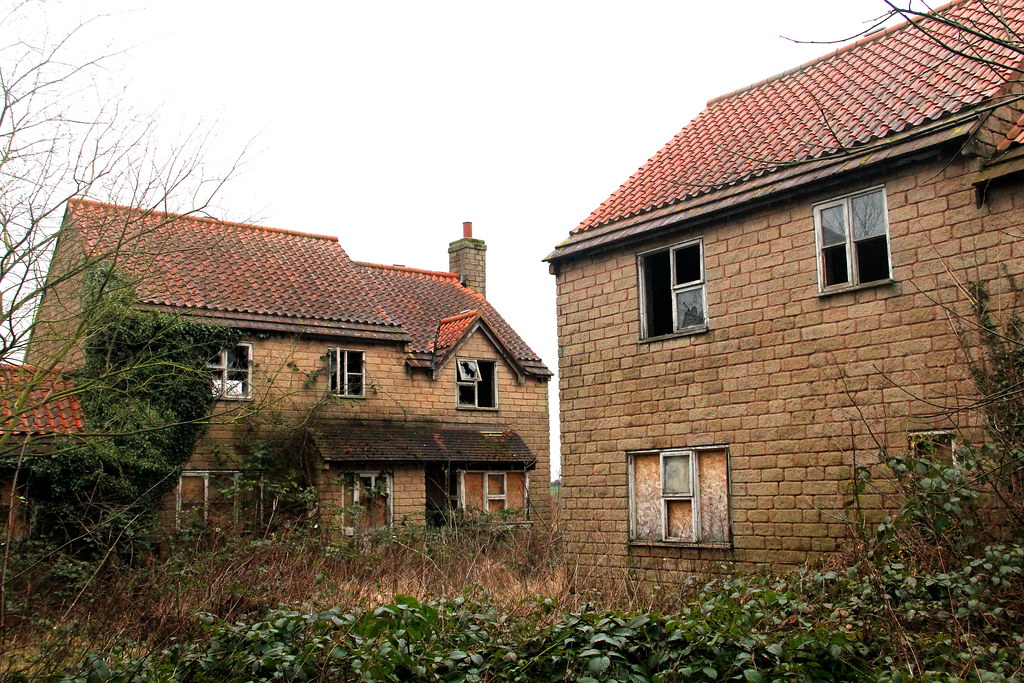 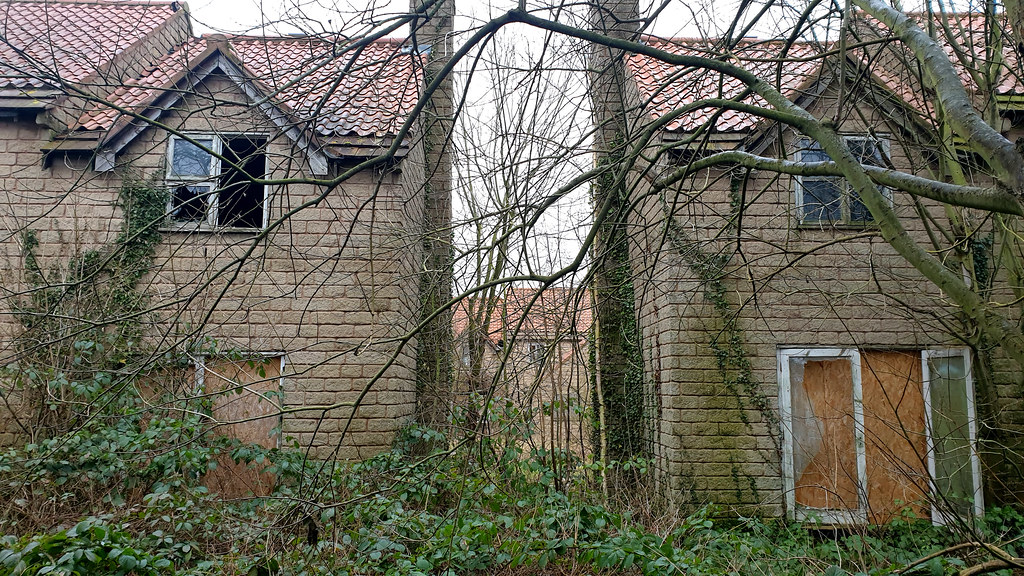 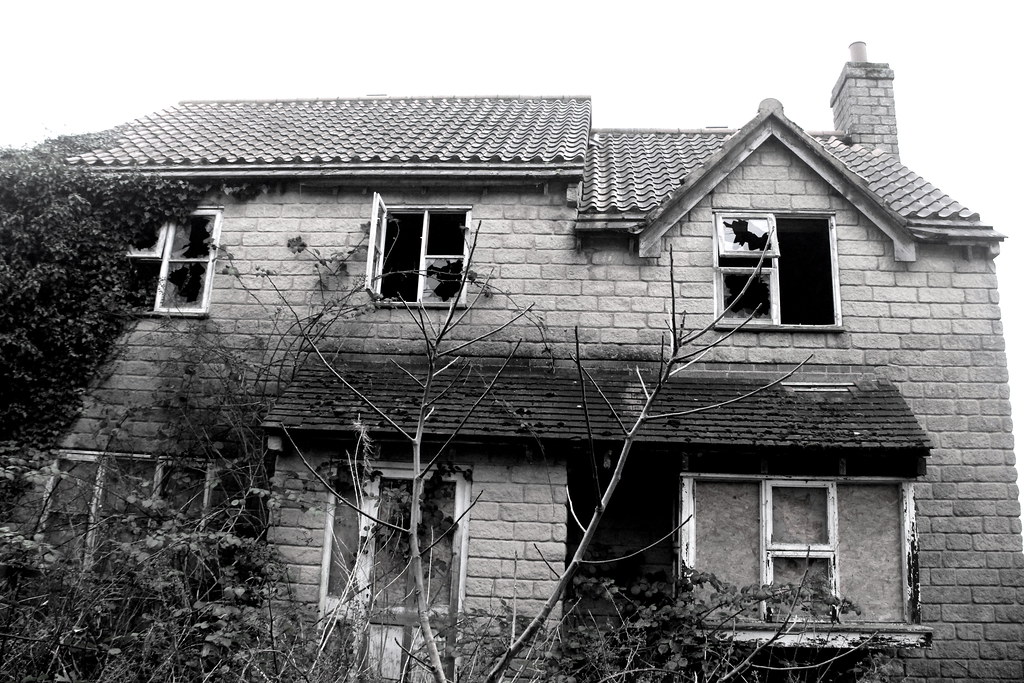 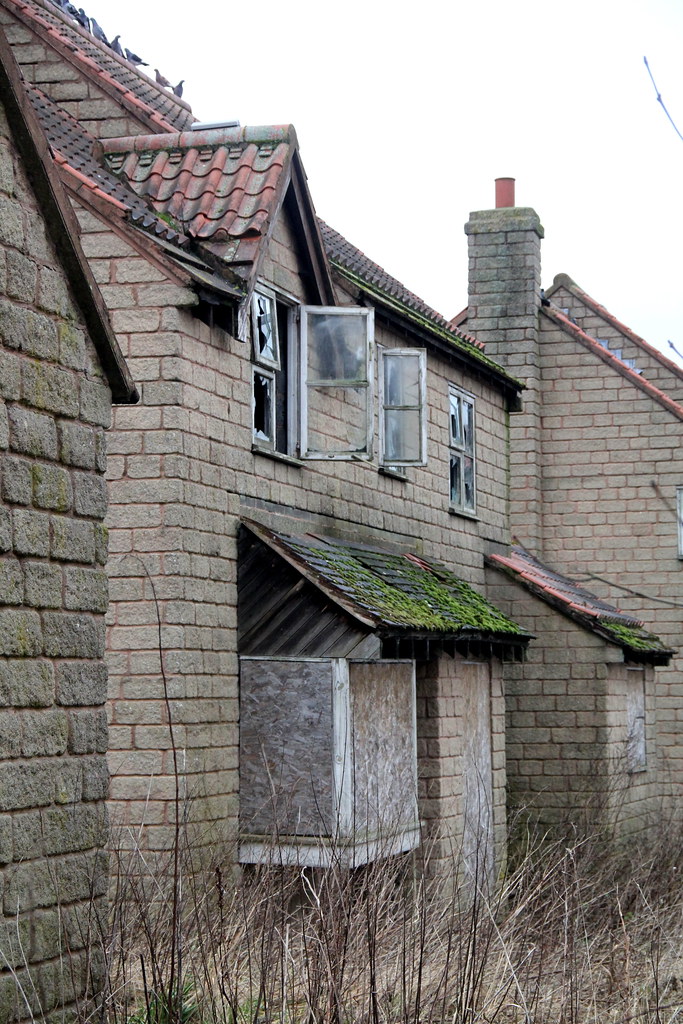 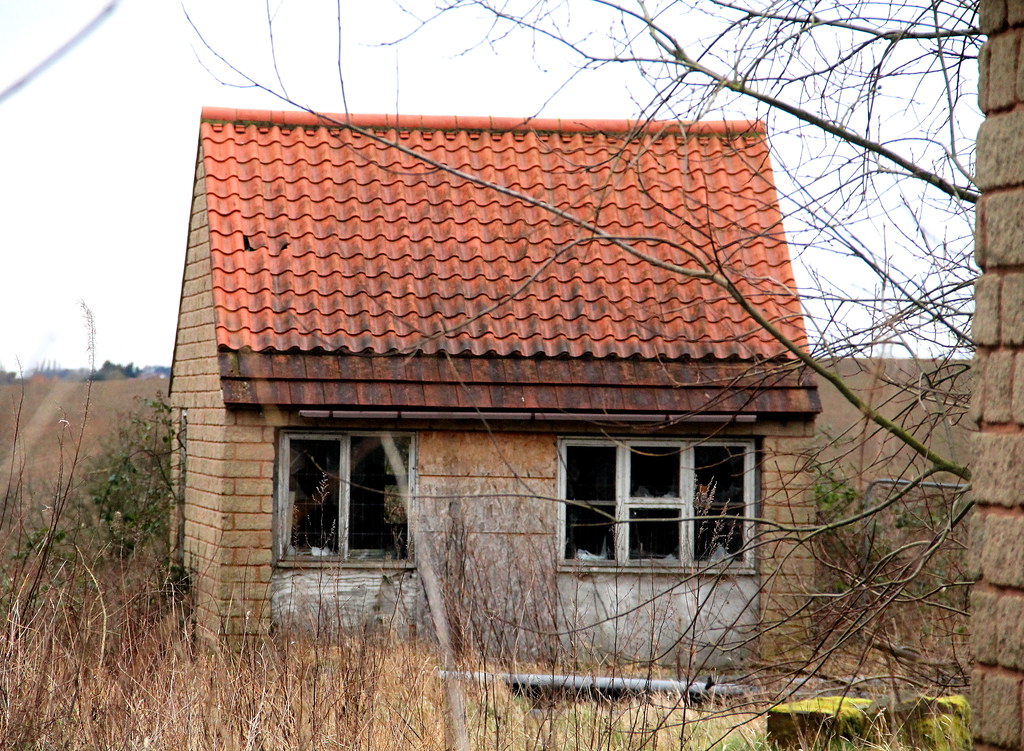 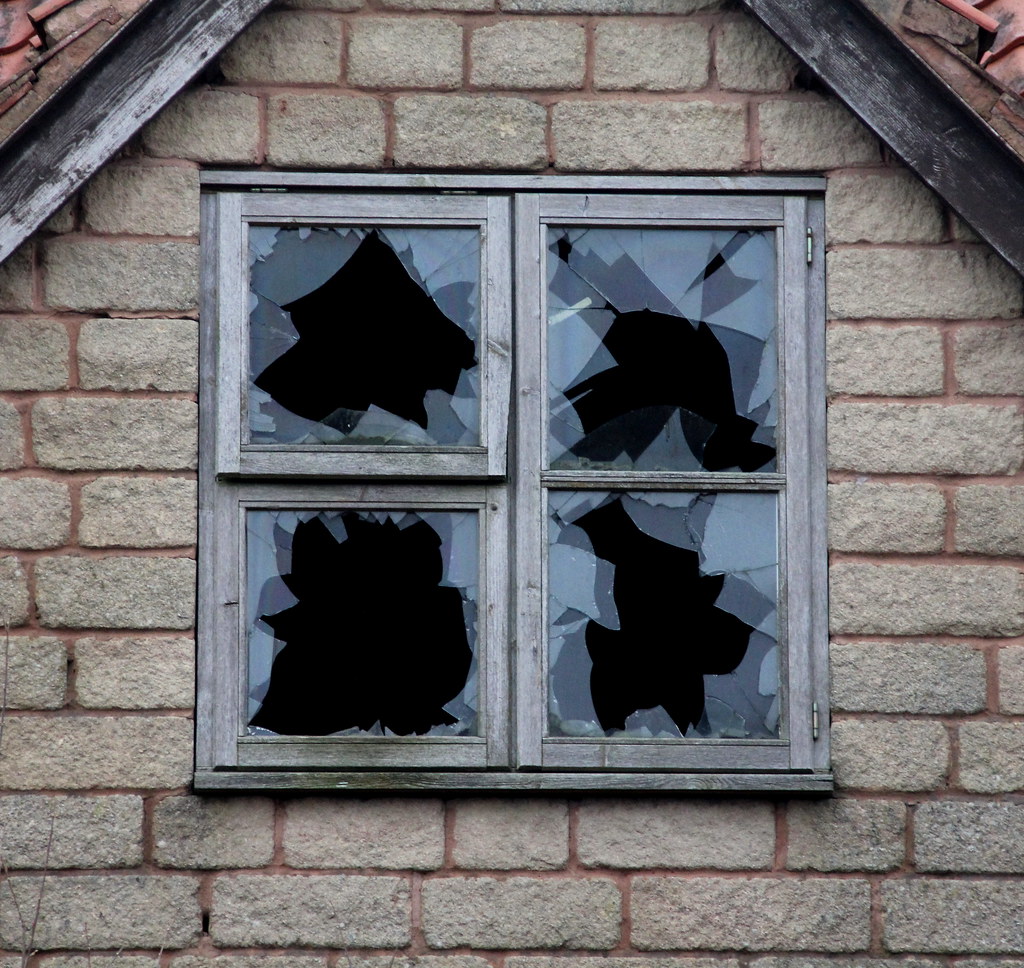 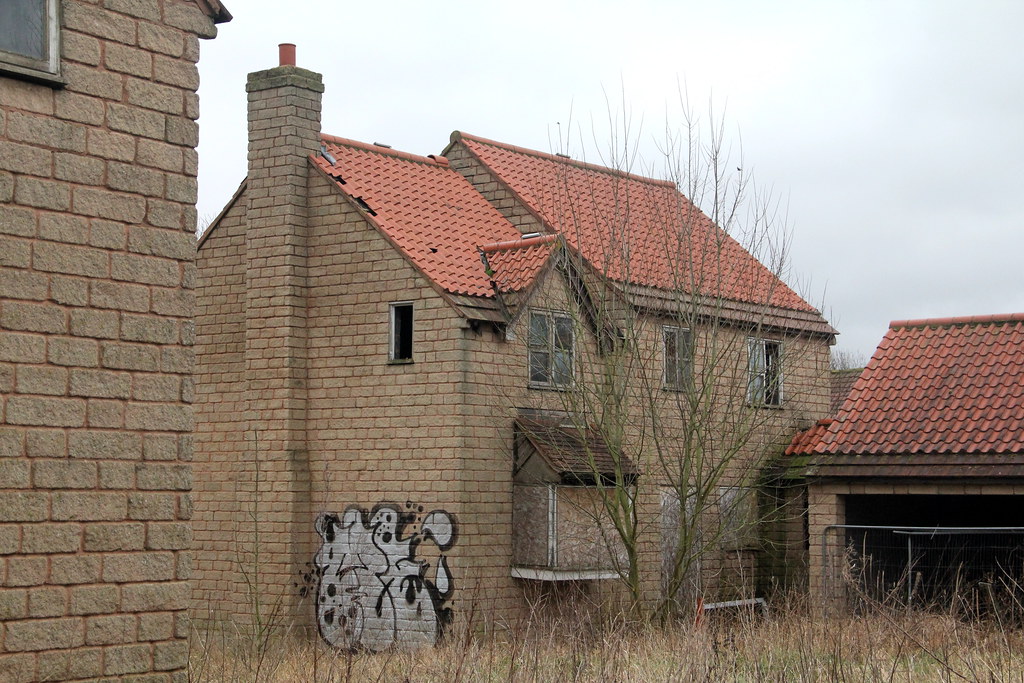 Inside one of the double garages: 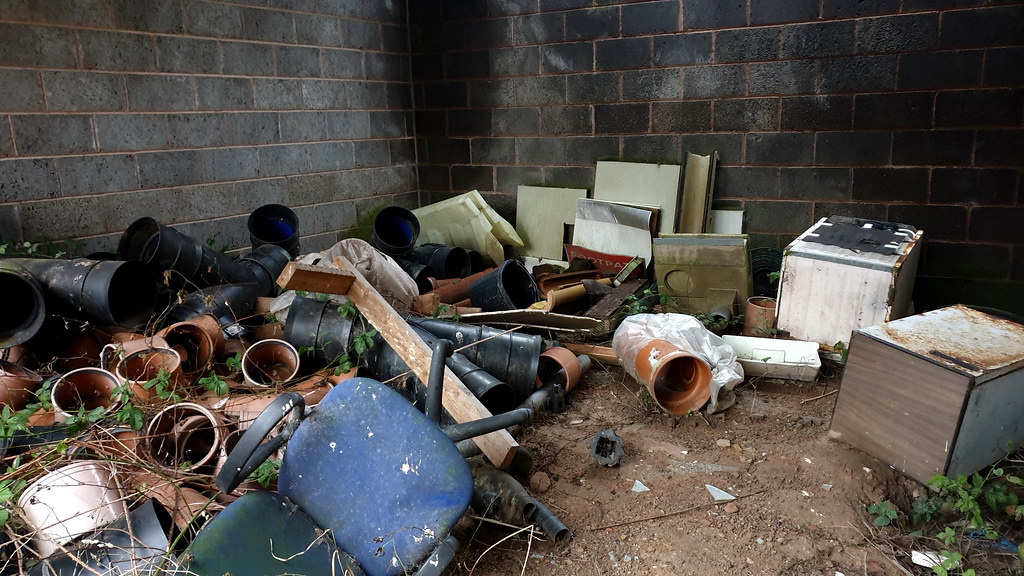 Inside the only house that is not fully boarded-up. It would have had nice views out across the fields: 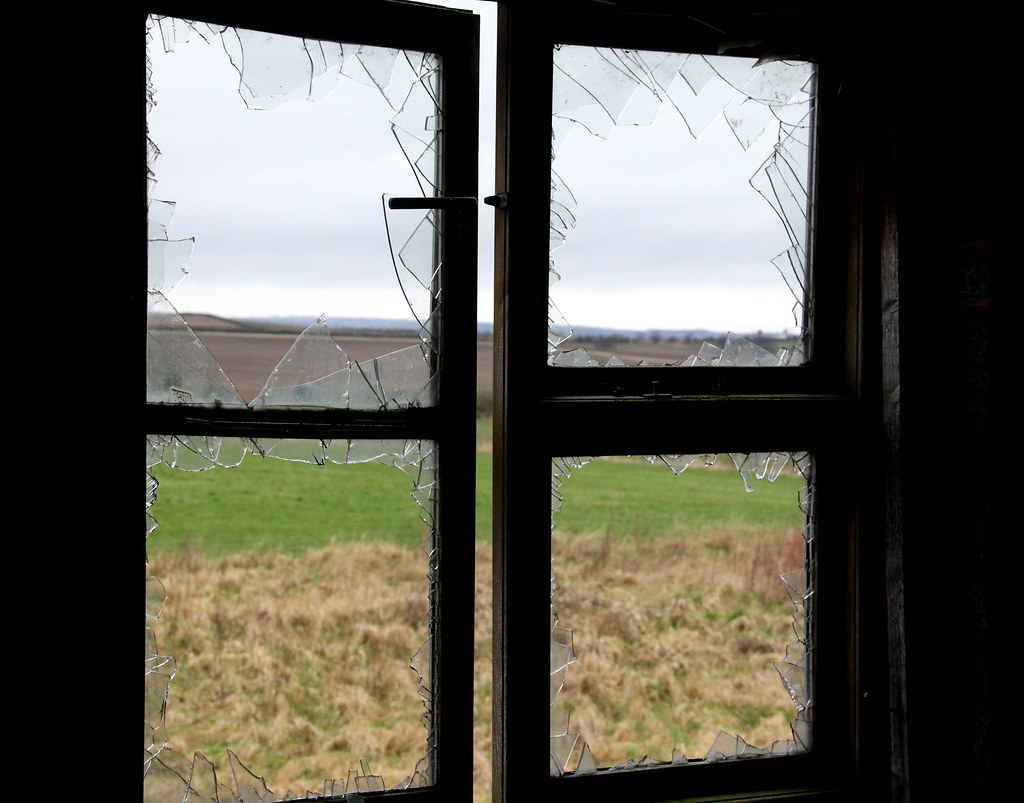 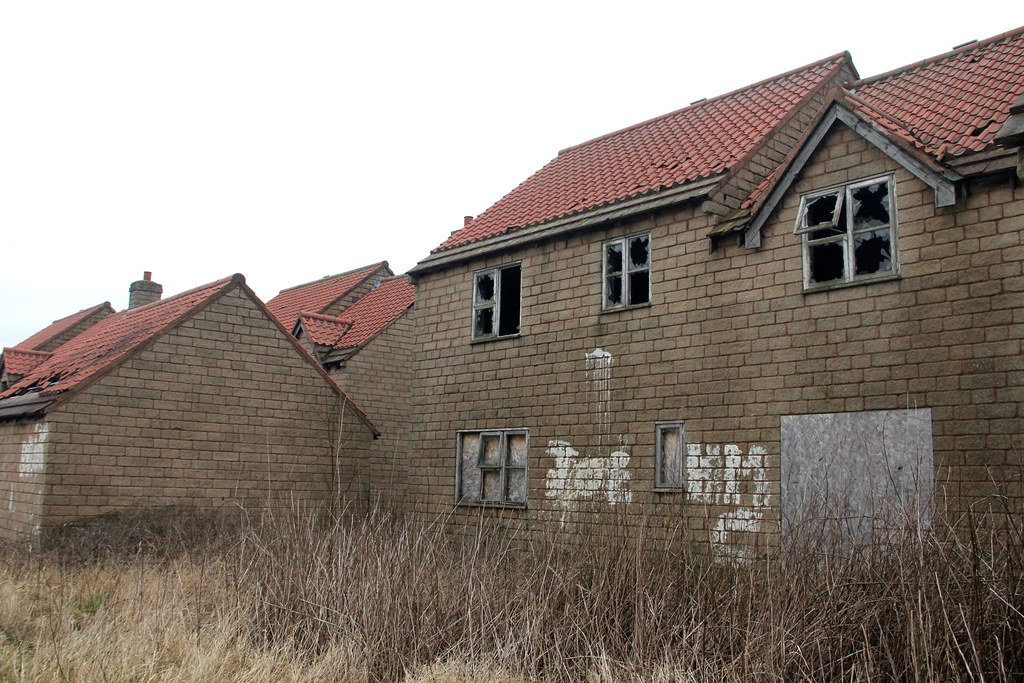 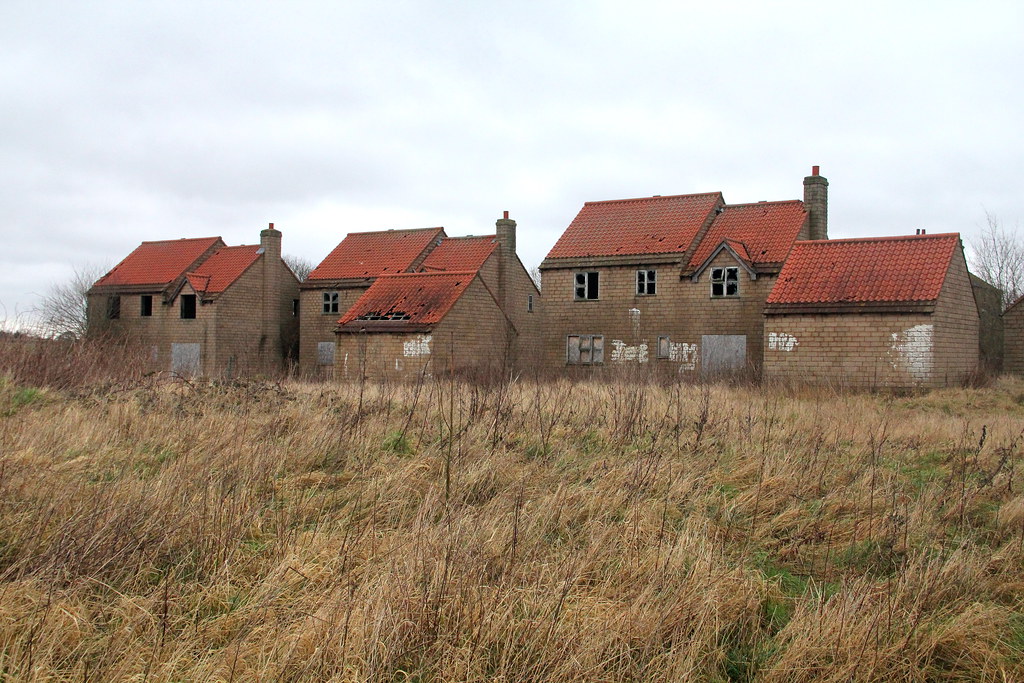 Regular User
Looks a weird place, talk about ghost town. The farmhouse has some nice features and nice views. I grew up in a house with those wooden shutters, but it was a manor house, horrible old place lol.

Regular User
Certainly a bit of an apocalyptic vibe there

28DL Member
Having lived in harthill for 25 years these house's have been empty all those years. it was, from what I got told somebody who owned an estate somewhere close by but he ran out of money and from what I can remember refused to sell. It's a shame as they would have been nice houses. I think there has been a planning permission put forward in the last 6 months, *don't quote me on that* to develop on it and knock these down. Many of summer days we would play in these as kids and by the stream down there near the bridge... or up near the old air raid shelter up near common road (which is still there too)
You must log in or register to reply here.
Share:
Facebook Twitter Reddit Pinterest Tumblr WhatsApp Email Link