Regular User
Semiconductors were meant to be the saviour of Scottish industry - we were told not to worry too much about the death of heavy industry because the future was in high-tech. Politicians had great fun talking about Silicon Glen, boasting about all the electronics companies who were setting up factories in Scotland, and not mentioning the huge government subsidies offered to these companies. 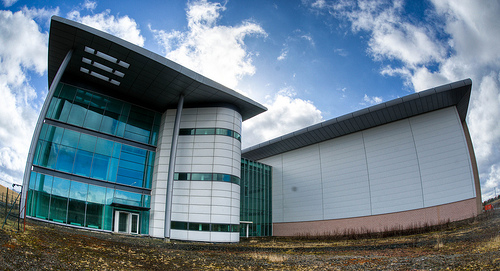 Then the dream went wrong. IBM had been in Greenock since the 1950s but moved manufacturing abroad and closed the factory (see my previous report). Other factories closed. Then there's this, known locally as the White Elephant. Hyundai spent Â£2.4bn building this state-of-the-art semiconductor plant in 1999, but they got cold feet after a downturn in the market and sold it to Motorola a year later for Â£880m. Four years later, it passed to Freescale, a division of Motorola. By 2008, there were claims that it had been sold again, but it still stands unused - having never made a single microchip.

Lights are on, things are humming, but nobody's home: 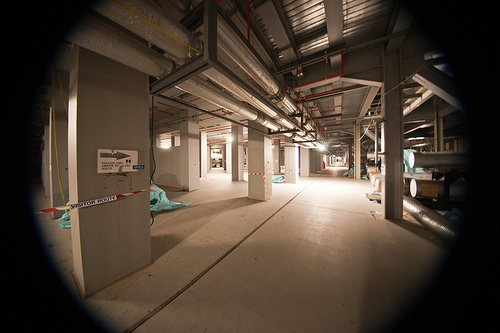 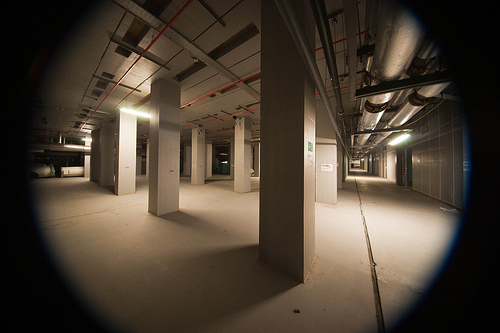 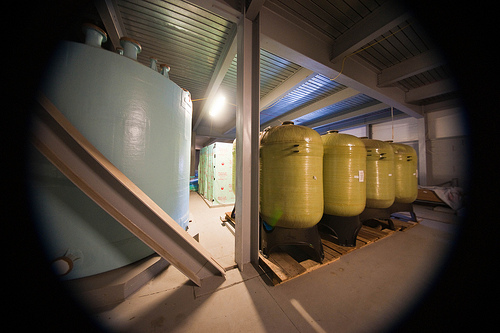 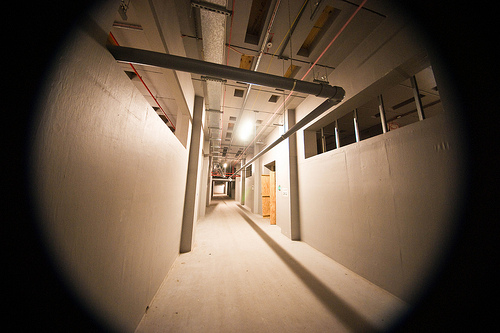 After a quick look at the ground level, it was up to the third floor. The plant seems to be built on three levels - the clean room on the top floor, the middle floor for fans and air conditioning systems, and the heavy power and large air ducts on the ground floor. This is the clean room, with antistatic flooring: 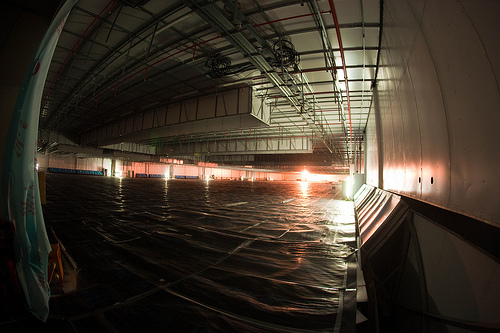 The clean room is surrounded by access space, with huge ducts for air conditioning. 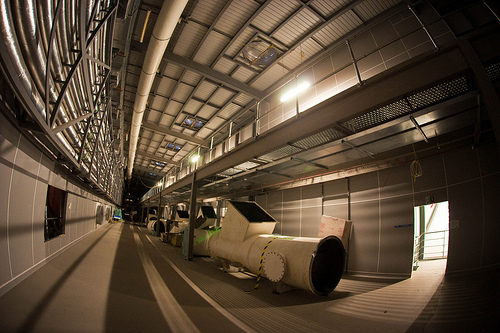 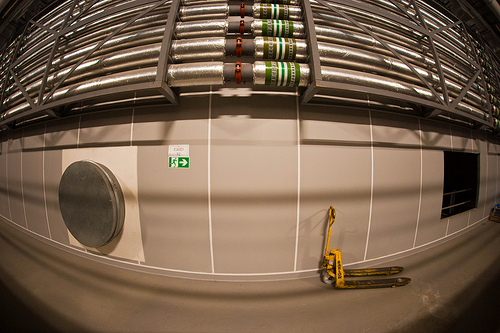 Off to one side is the offices and admin block. This is the glass block in the first picture. 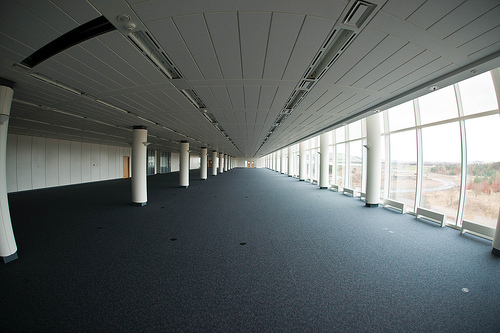 Down one floor, and loads of power systems to run the massive air conditioning. Most of this equipment is still waiting to be installed - at one point I spent five minutes walking past pallet after pallet after pallet of fans. Then the same with power control boards. There really is an immense amount of brand new equipment left here. 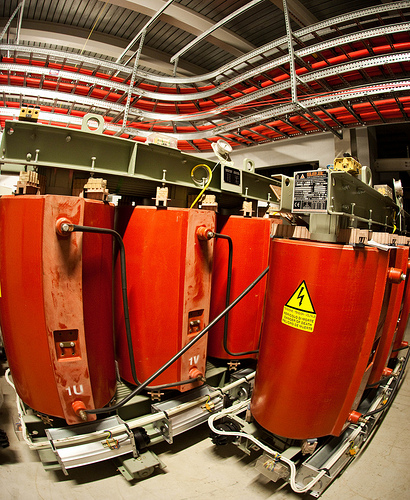 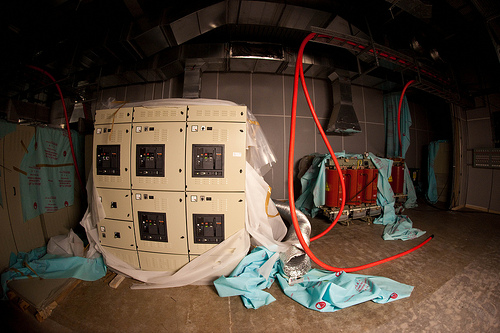 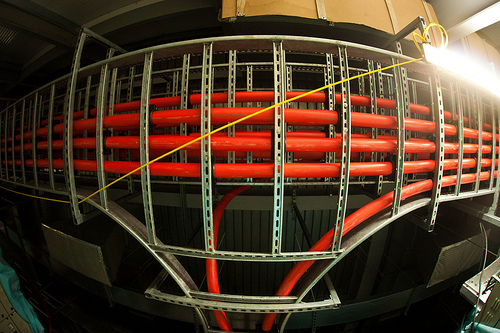 The giant red tubes running everywhere aren't water or gas - they're high voltage copper. Next, over a connecting bridge to the power plant. 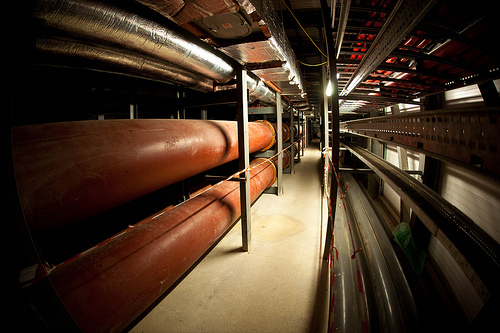 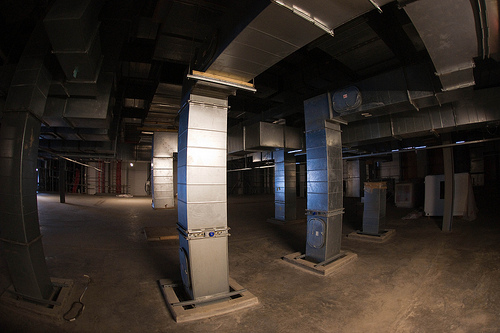 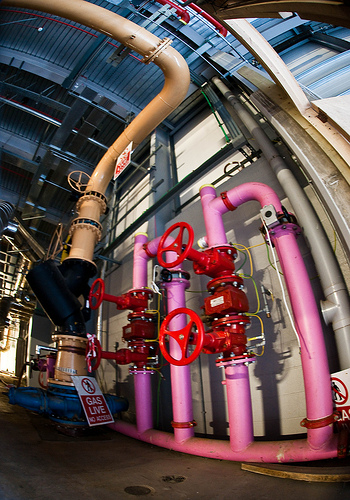 Four brand new gas boilers - for steam heating, I presume, as there was no sign of generators. 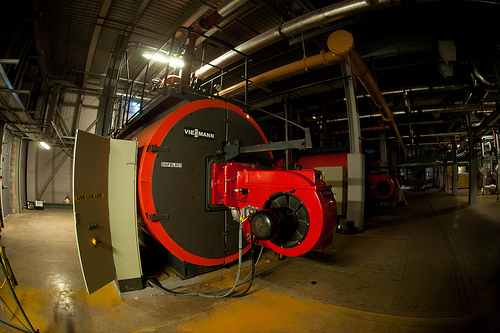 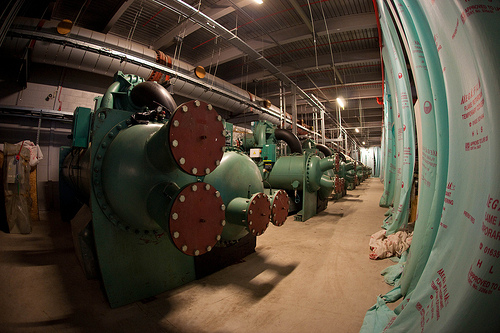 Then back to the ground floor of the main block, and signs that lots of the brand new equipment is up for sale - auctioneers stickers cover much of it. 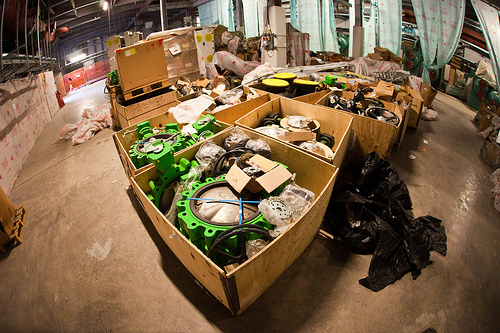 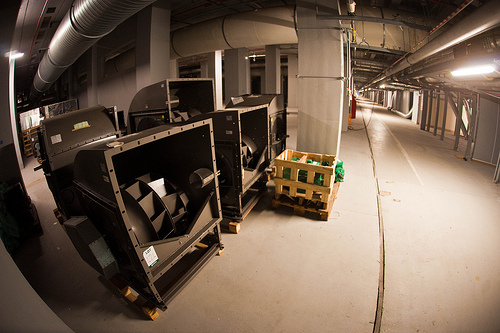 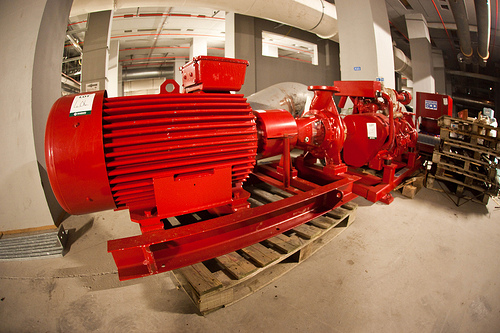 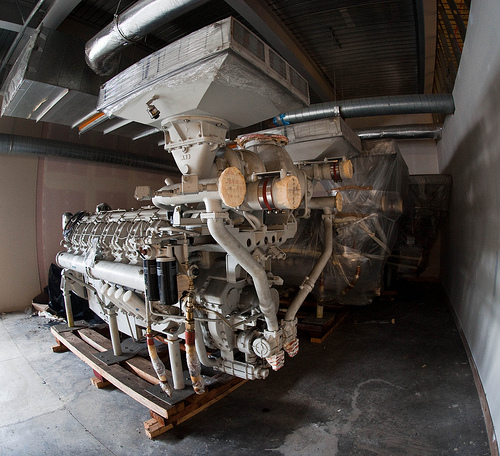 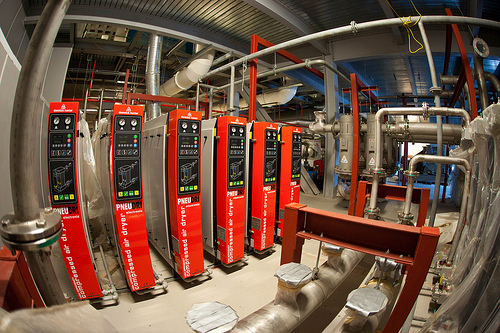 "If he works alone who takes the photos of him?"
Transient Places
Explosive Scotland - get it as an eBook!

Regular User
Went back for another look: 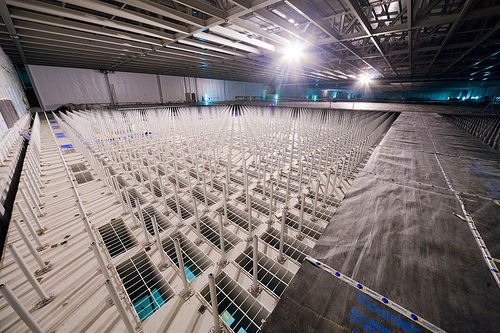 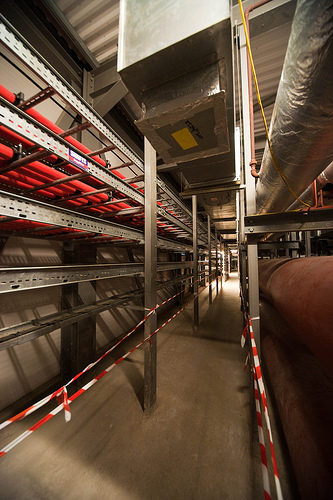 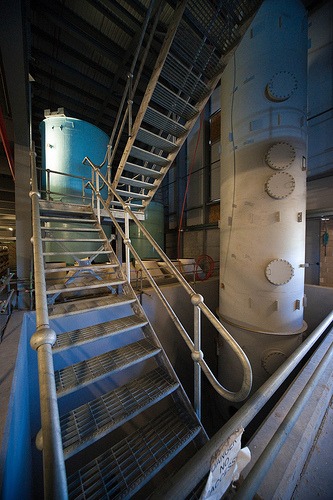 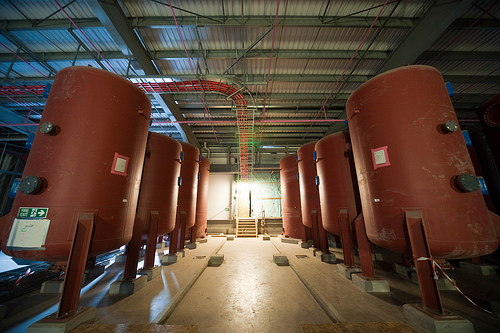 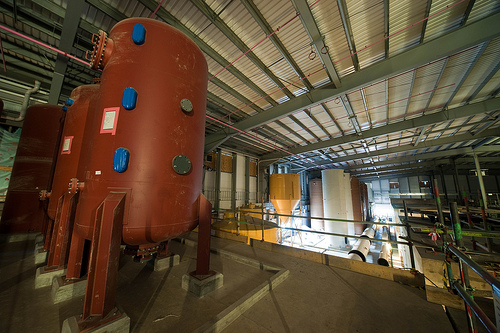 And forgot my skateboard again:
http://www.flickr.com/photos/cycleologist/4721614625/
"If he works alone who takes the photos of him?"
Transient Places
Explosive Scotland - get it as an eBook!
Z

Guest
Guys,
Great site, having stayed in the near vicinity of this site for years and finding out it has now been sold last week (i believe). Always wanted to know what was inside and at last my curiosity has been satisfied!! Was googling and came across this site whilst researching the sale. Plenty of content of great interest here for me, keep up the great work!
Heres further info on the sale if anyone is interested (may need to copy/paste)
http://www.dunfermlinepress.com/news/roundup/articles/2010/10/29/406679-new-buyer-for-hyundai/
Last edited by a moderator: Oct 31, 2010

It remains to be seen exactly what the prospective owner has in mind but it is believed to involve building offices on the site after demolishing the factory.
Click to expand...

So that's Â£2.4bn down the drain - it'd be funny if it wasn't so tragic. Really, though, I'm not surprised - there's bugger all else you could use such a specialised building for other than making semiconductors. Someone's going to be very busy flogging the contents on eBay, though...
"If he works alone who takes the photos of him?"
Transient Places
Explosive Scotland - get it as an eBook!

Regular User
Well, the BBC are reporting that the sale has gone through:

At least the new buyers seem to be a real company...
"If he works alone who takes the photos of him?"
Transient Places
Explosive Scotland - get it as an eBook!
A

Regular User
That's the exact article I linked to