Staff member
Moderator
The present chateau style house, the third on the site, was built for the Hughes copper mining family. The house, designed in the 1870s, was called a 'calendar house' as it had 365 rooms. It is set in walled gardens of around 18 acres, which are themselves set in grounds of around 5,000 acres, encompassing open fields, parkland and forests. The 1870s structure is an example of the myriad of new types of buildings that were arising during the Victorian era to fulfil increasingly specialised functions. For example, there was a room in the mansion that was only to be used for the ironing of newspapers, so that the ink would not come off on the reader's hands.

The property was last used as a private home in 1929, after which it was converted to a 'rheuma spa', a health centre for the treatment of people with rheumatism. The spa remained until the outbreak of World War II, when the hall was taken over as a hospital. Post-war the hall became Clarendon Girls' School, but after extensive fire damage in 1975, the school was forced to close. Restored by businessman Eddie Vince as a Christian conference centre, it was sold at auction in 2001, but a proposed redevelopment by Derbyshire Investments failed to materialise. The property was to be offered for sale by auction on 12 October 2011 with a reserve price of £1.5million which did not include the 5,000 acres of surrounding land. However it was bought shortly before auction by a businessman who bid closest to the £1.5m guide price. He intended to develop the property into a hotel, but these plans never materialised, and the property lies derelict. In 2015 Kinmel Hall was identified by the Victorian Society as one of the top ten at-risk Victorian and Edwardian buildings.

This has popped up a few times over the last few years and amazingly nothing much has changed since the last report in 2016. I failed here a couple of years back so it was time for round 2 with my friend Andy who was visiting from Germany, & Miss Anthrope. Renovation work appears to be taking place so there are definitely people working here during the week. The ground floor is where all the good stuff is at. Upstairs everything is pretty much stripped and empty. Anyway, I'm glad to have finally made it in here. Definitely one of the best mansions in the UK. We don't take Ls baby! 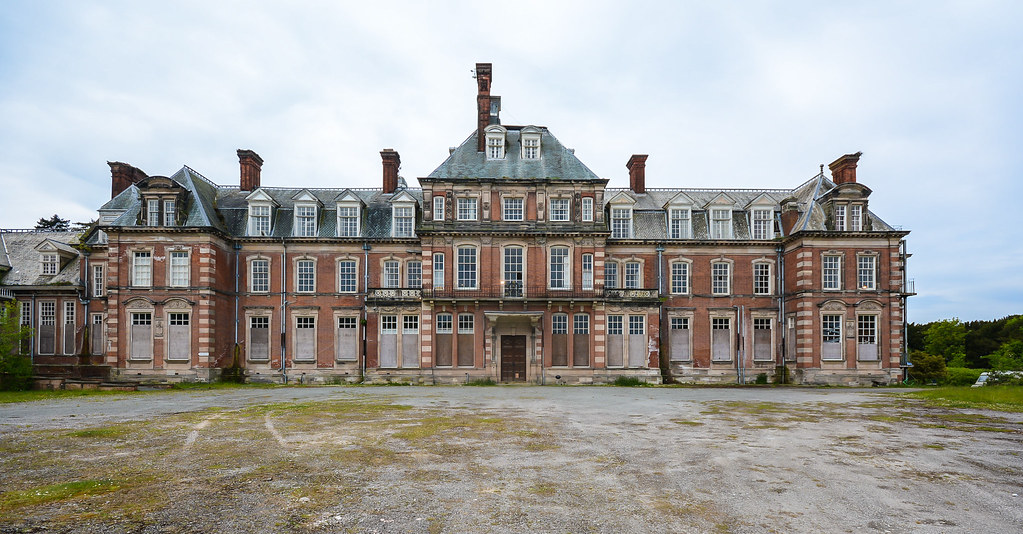 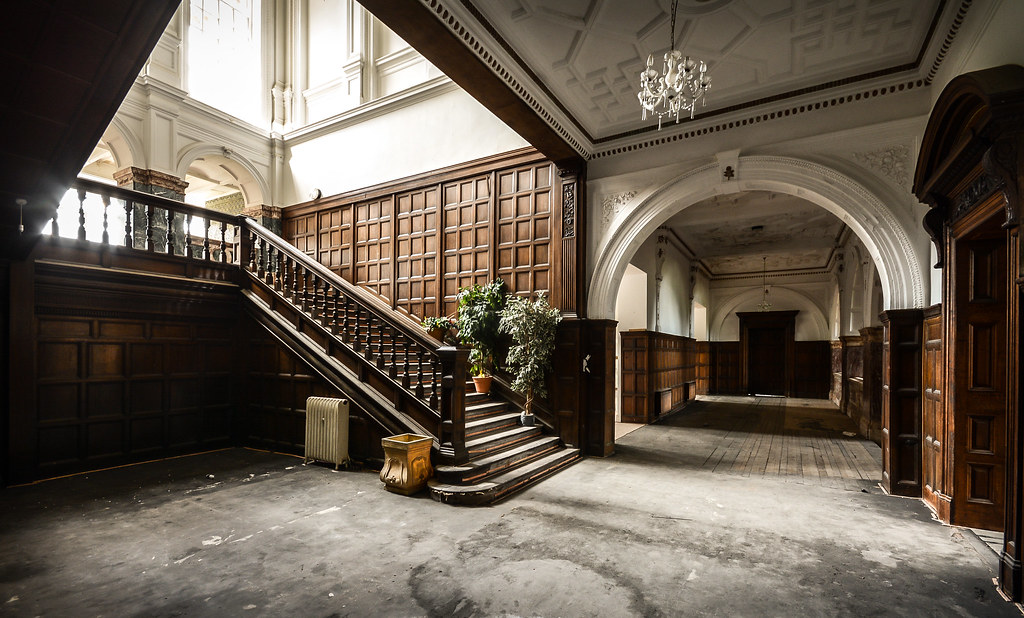 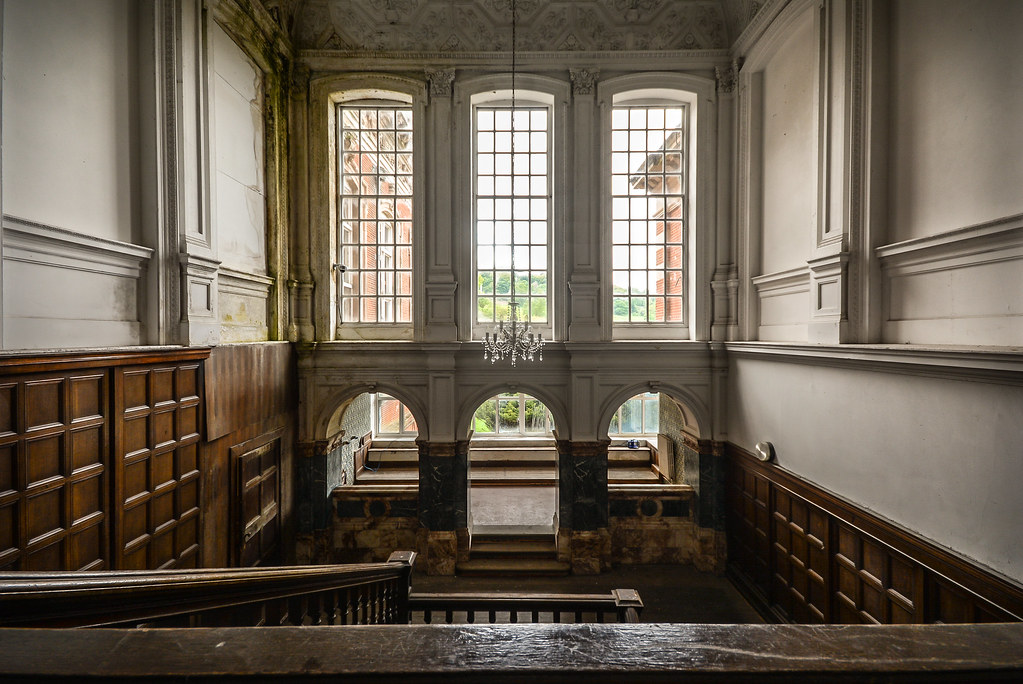 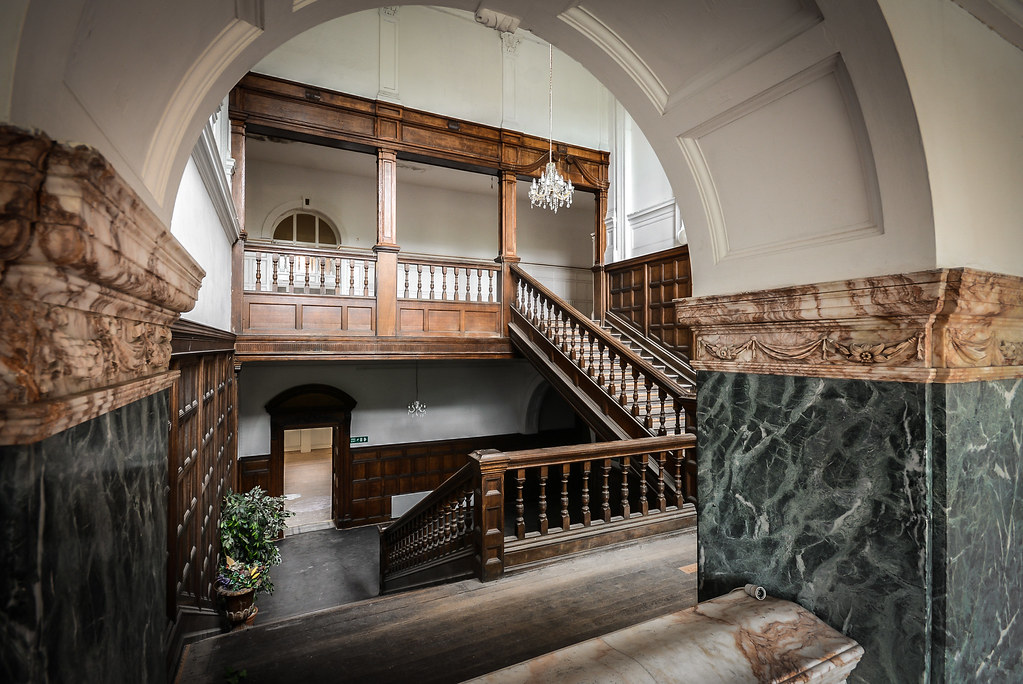 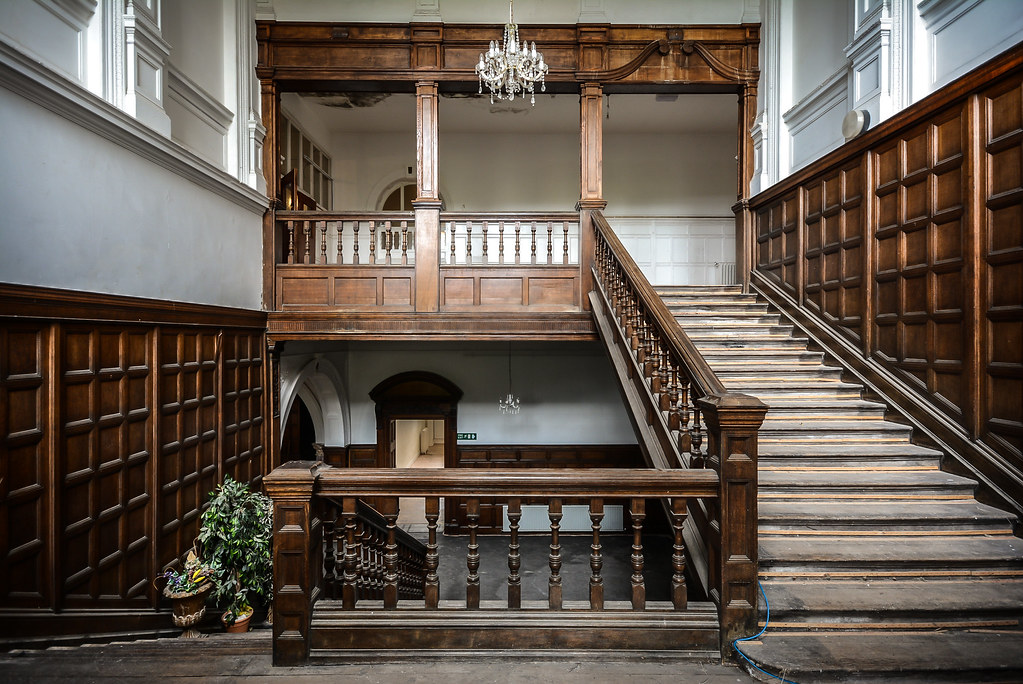 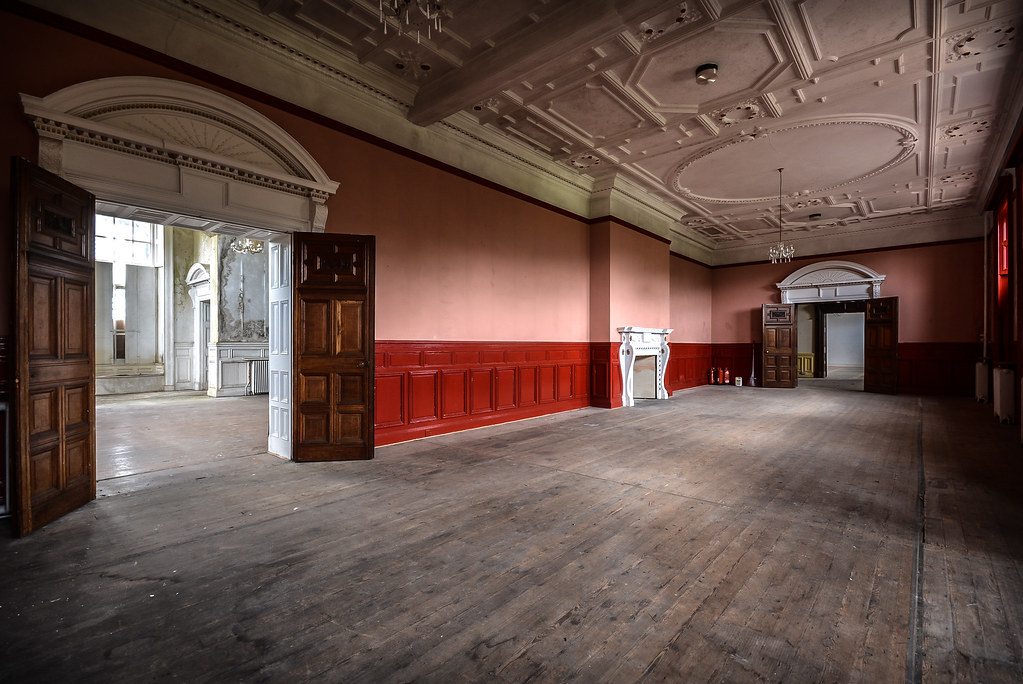 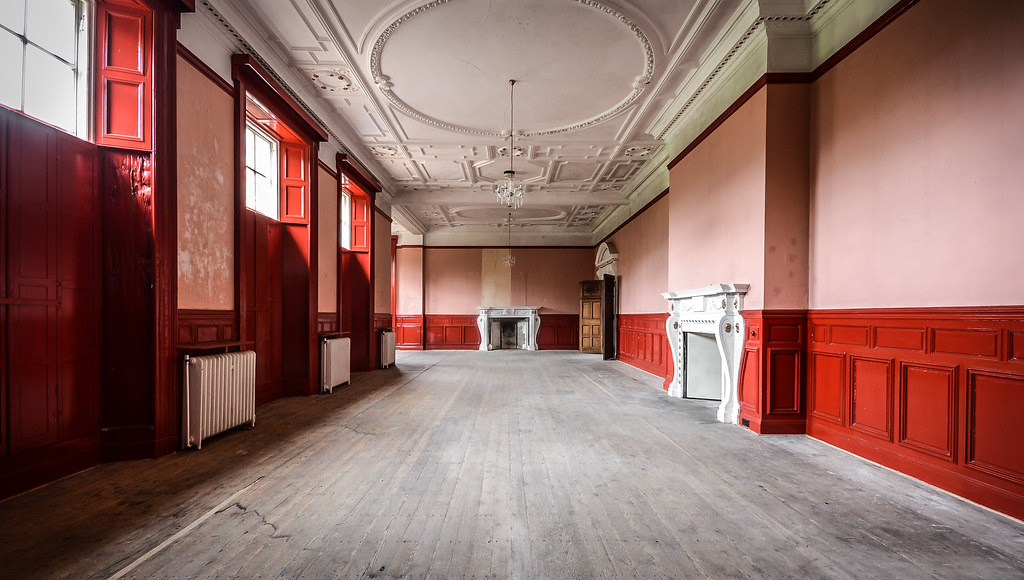 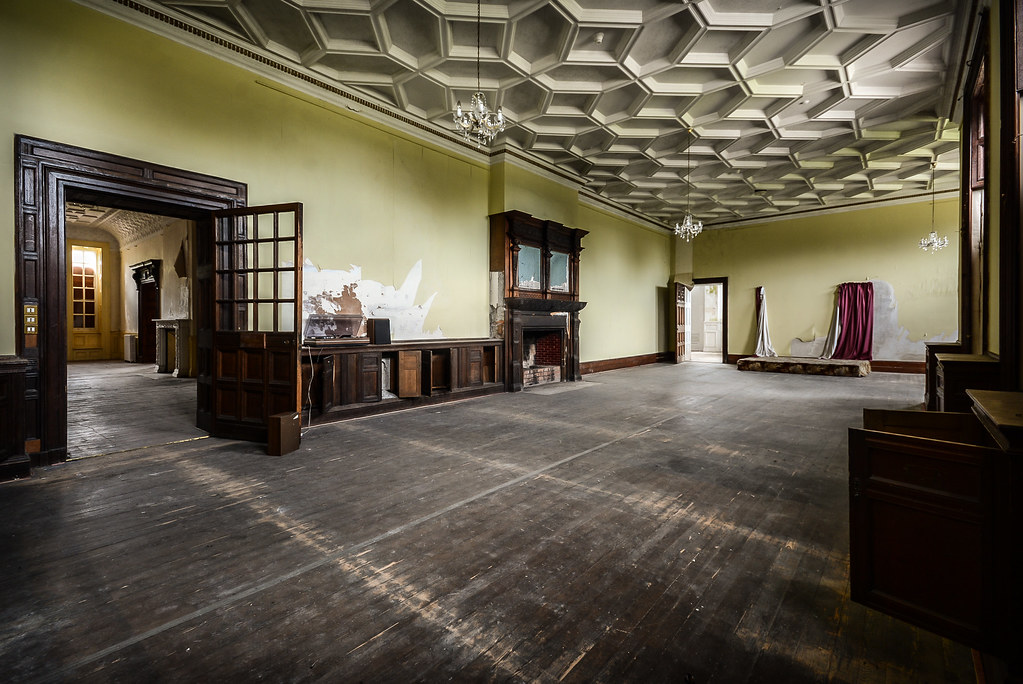 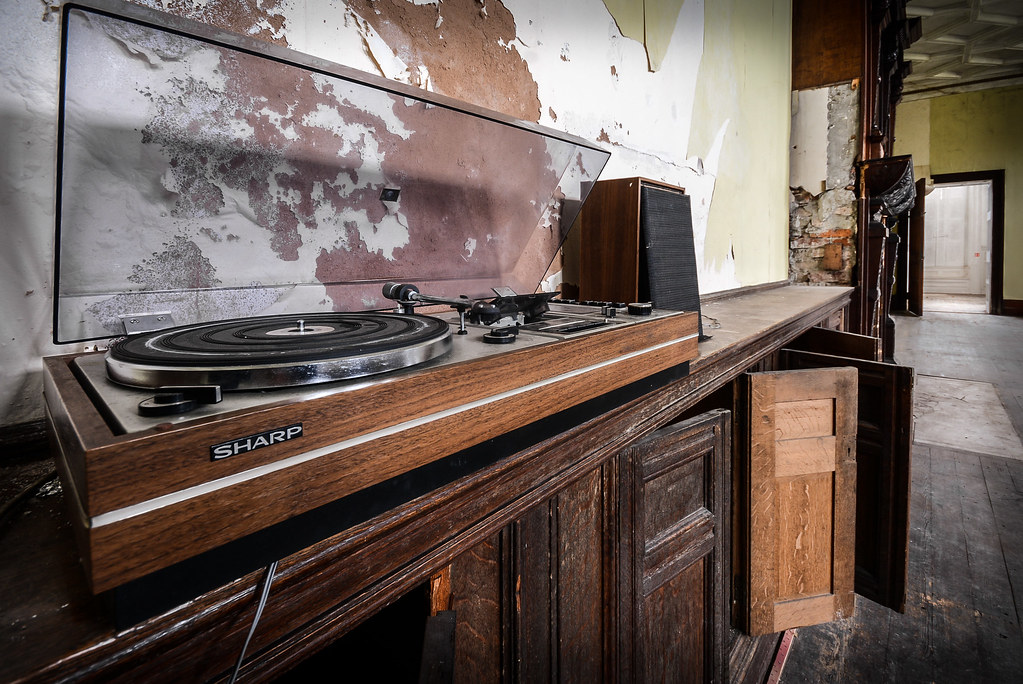 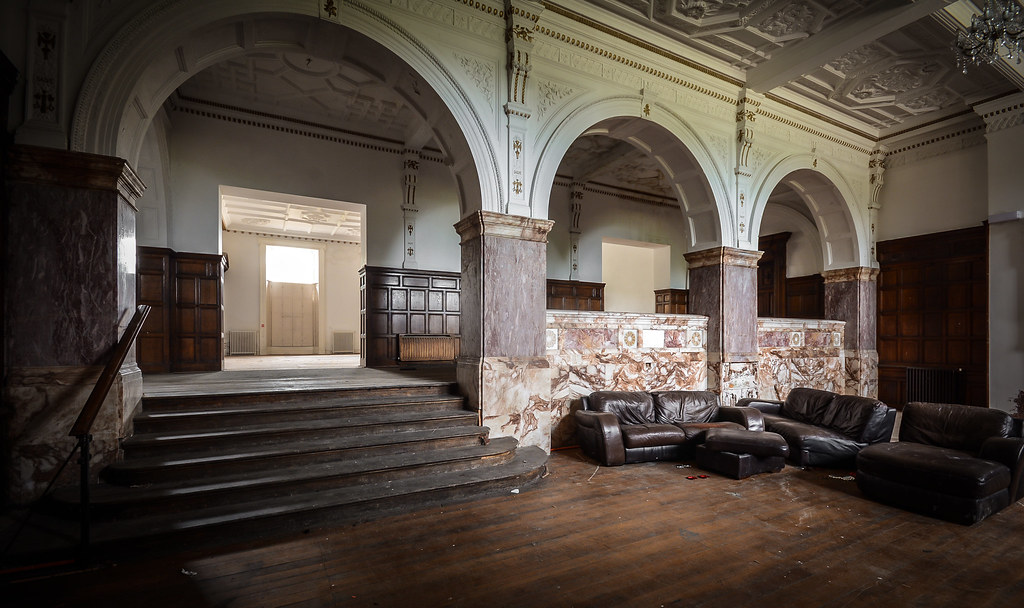 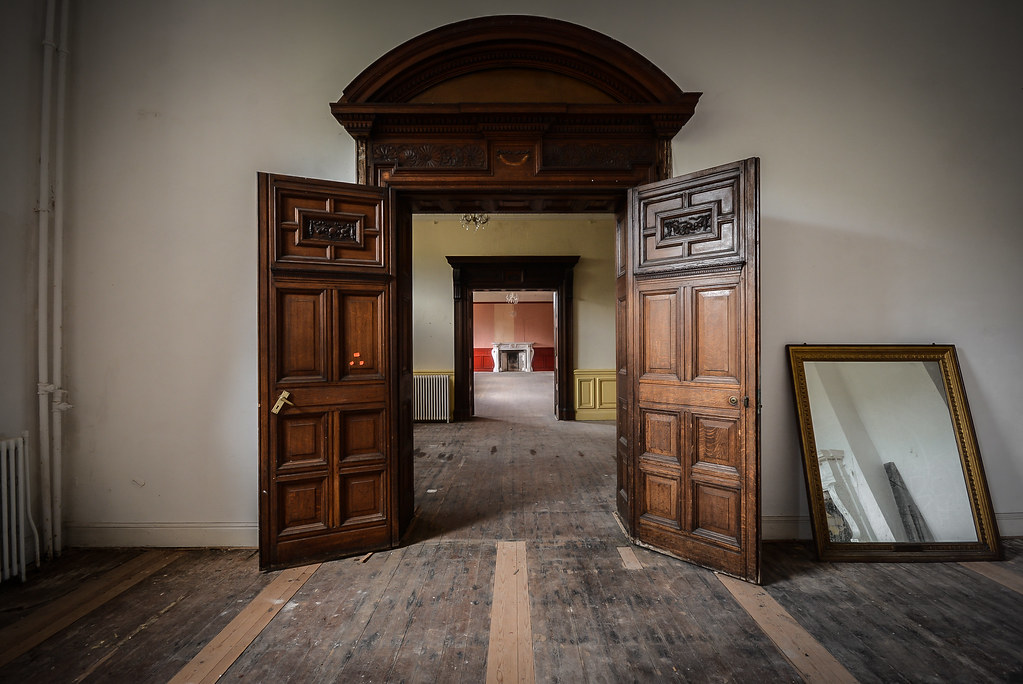 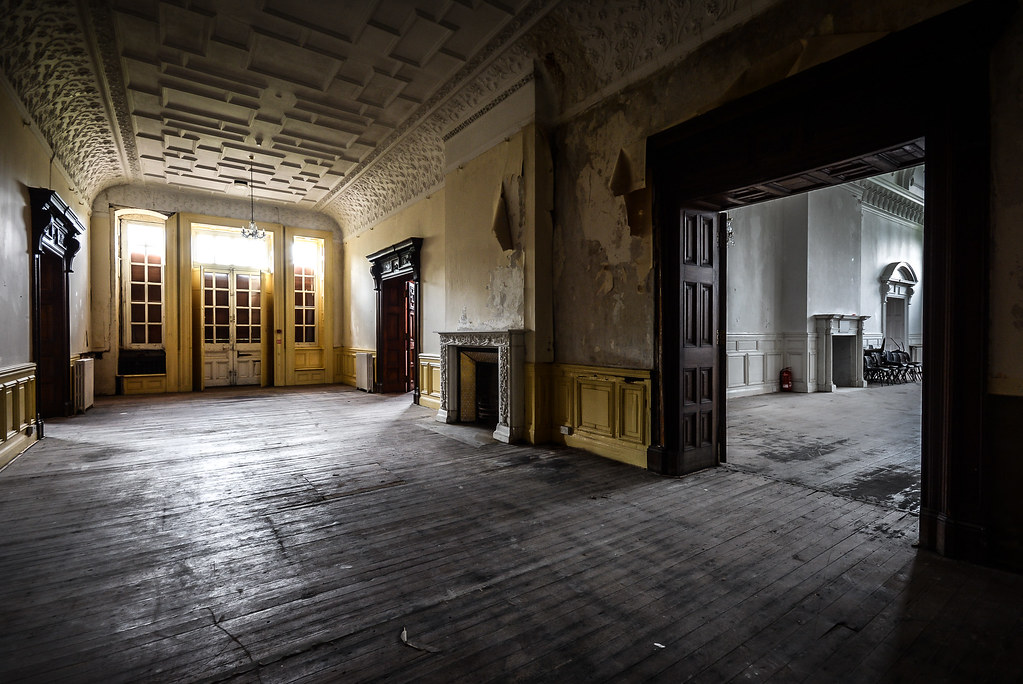 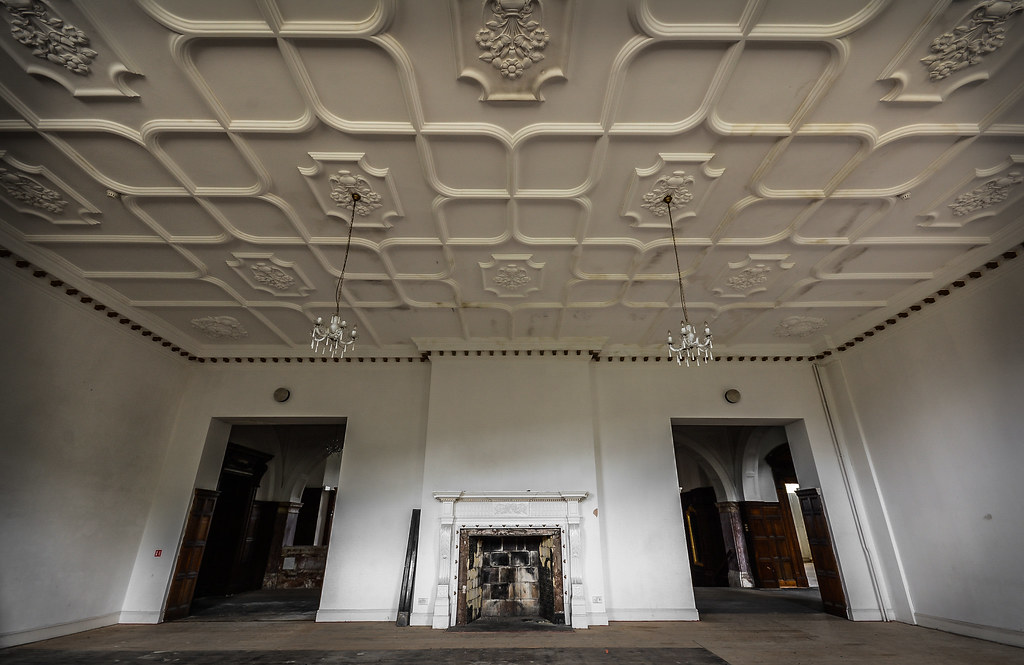 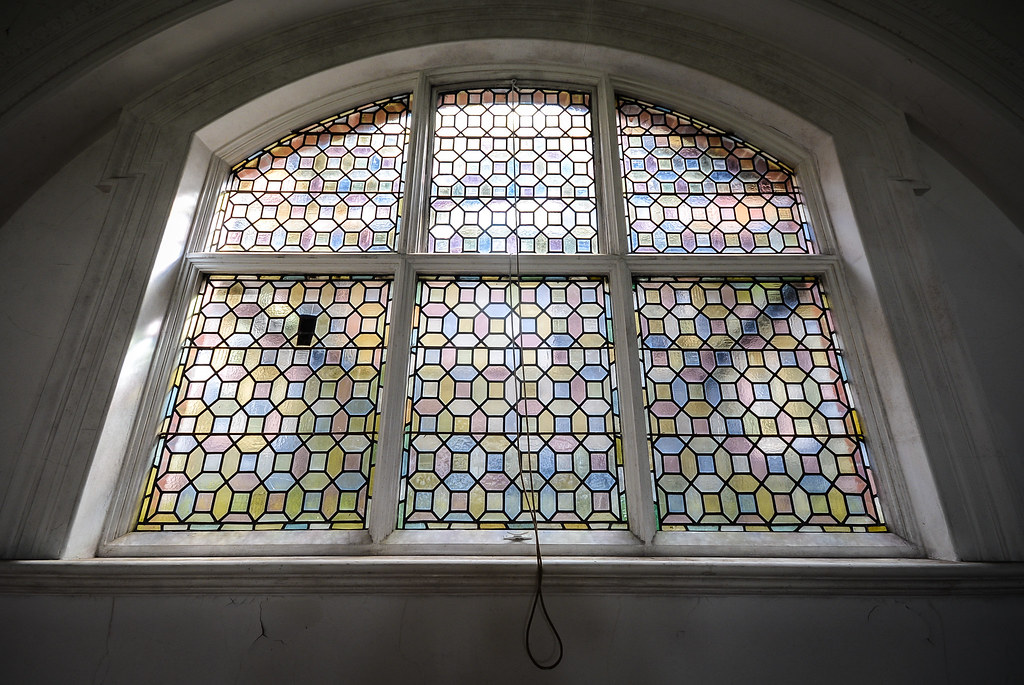 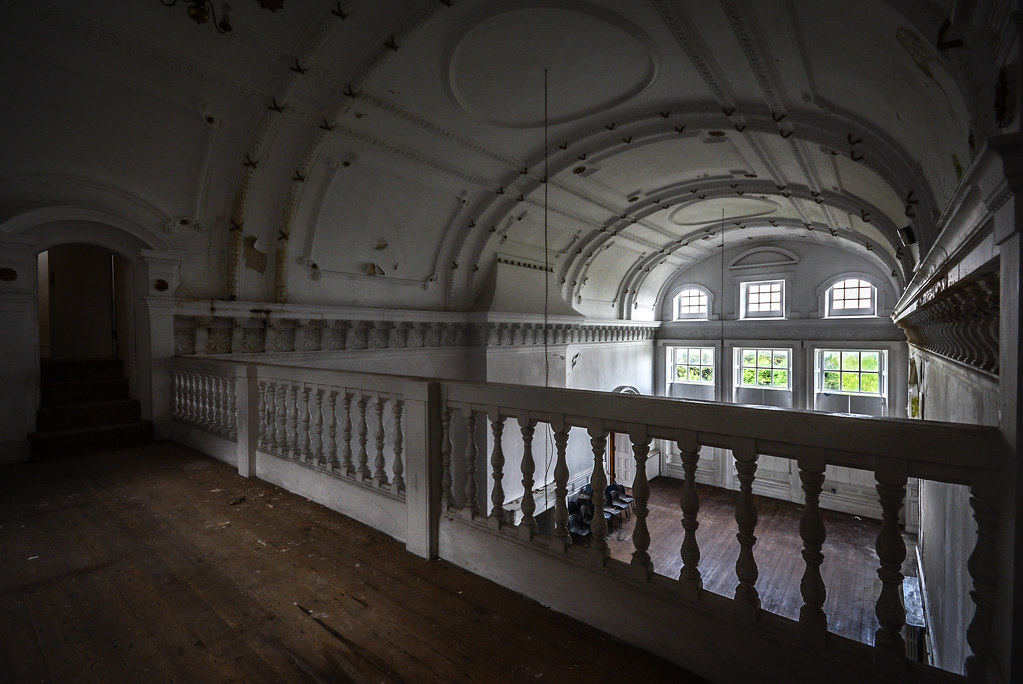 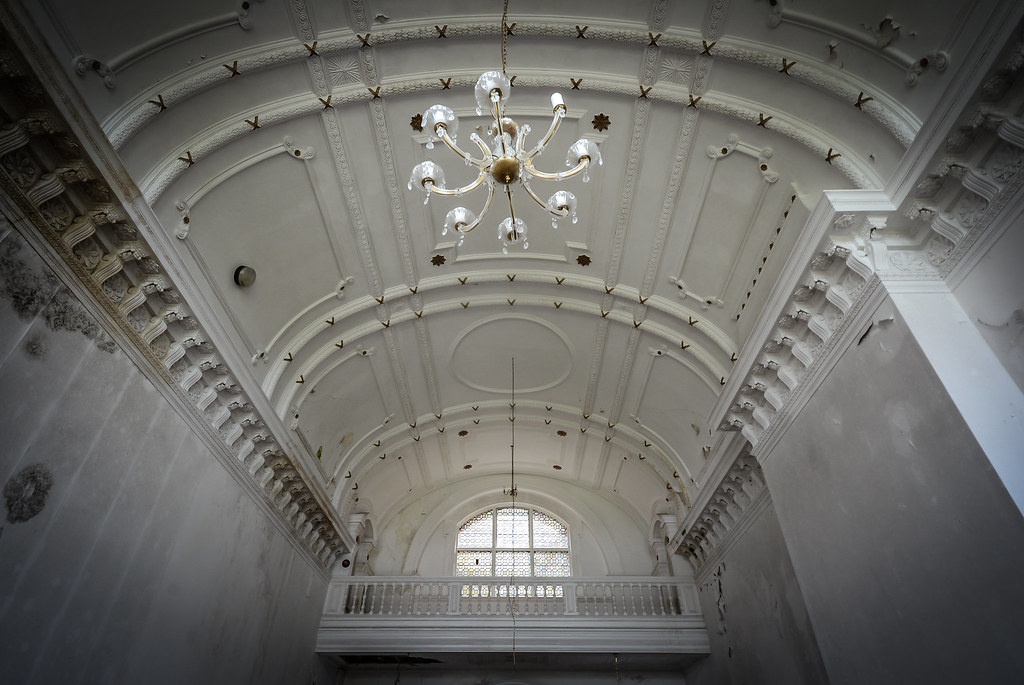 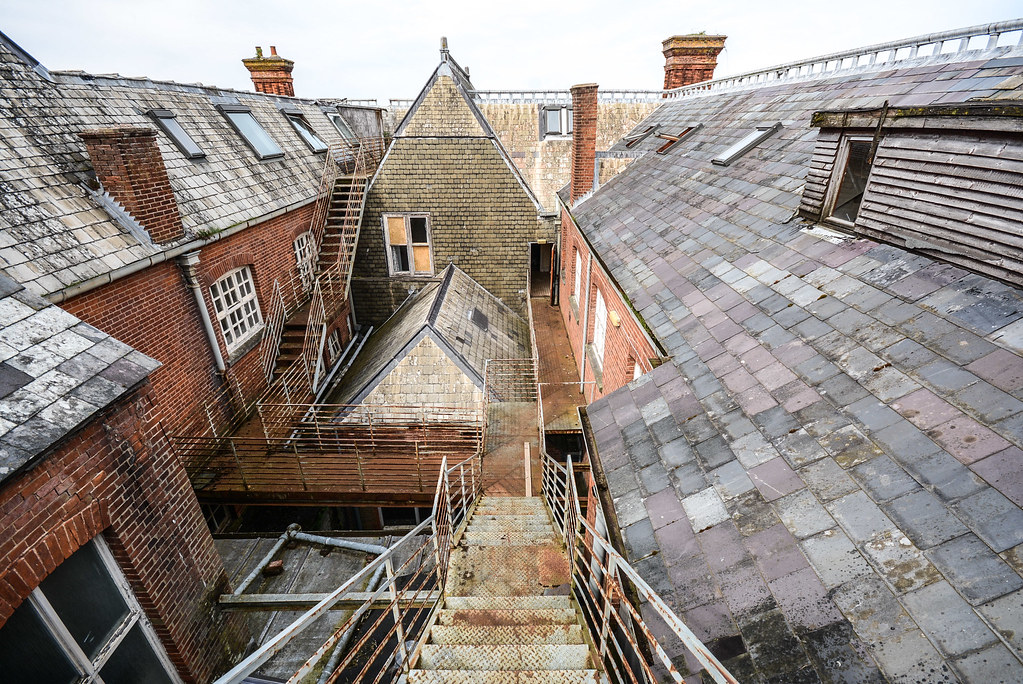 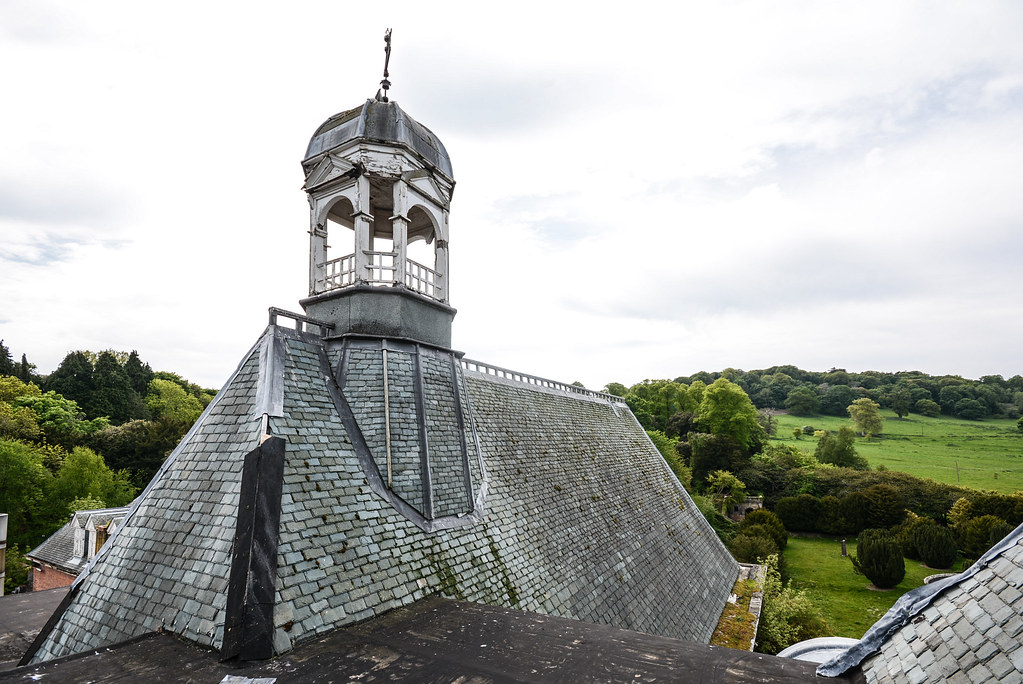 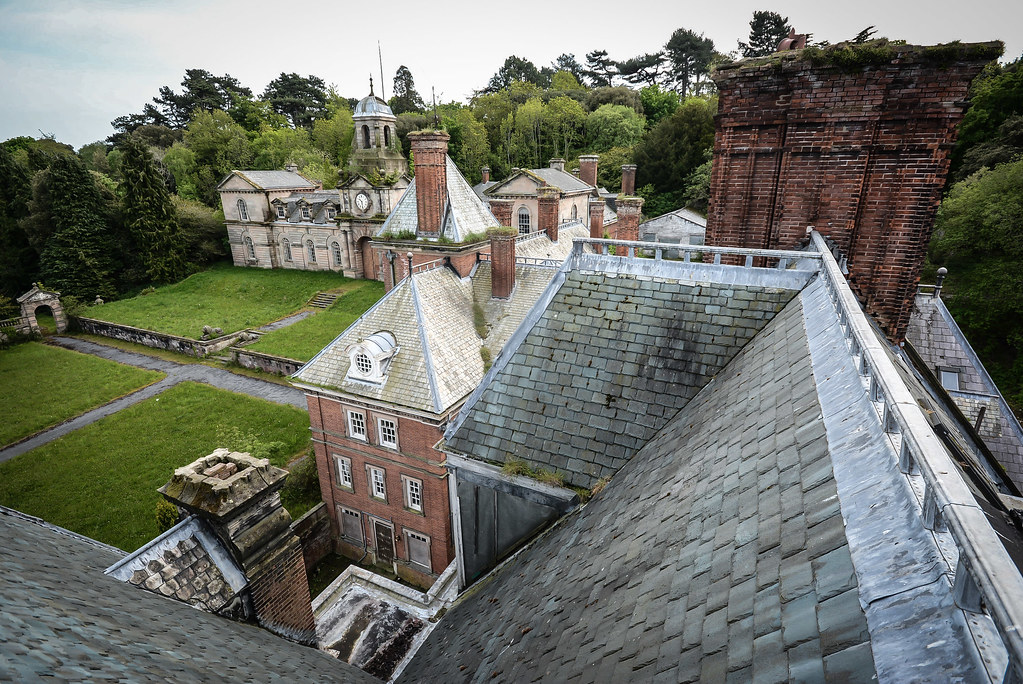 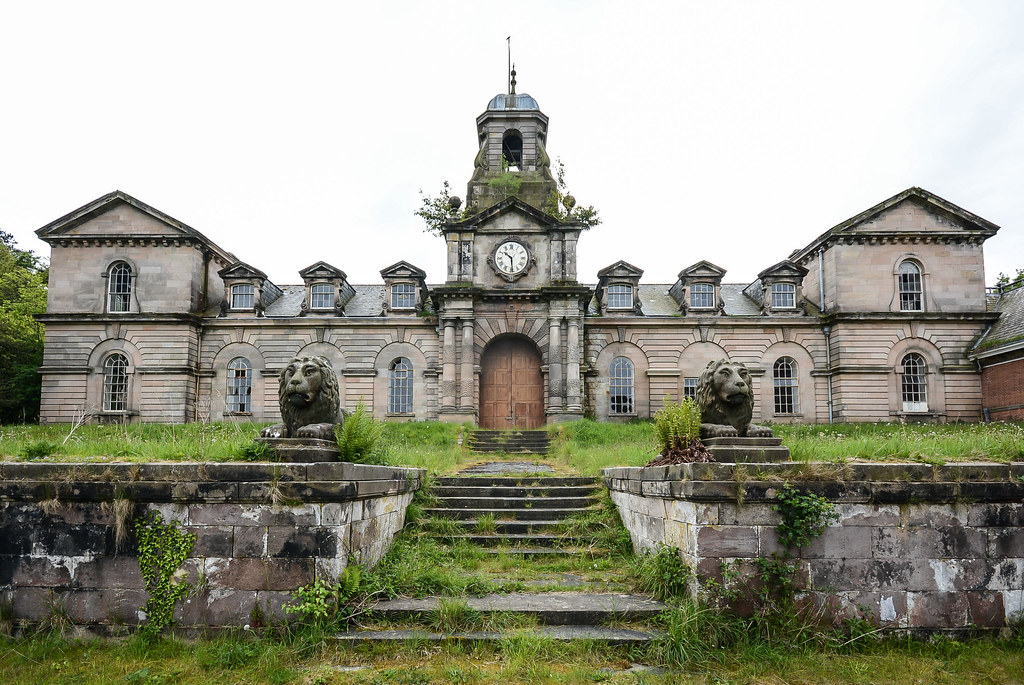 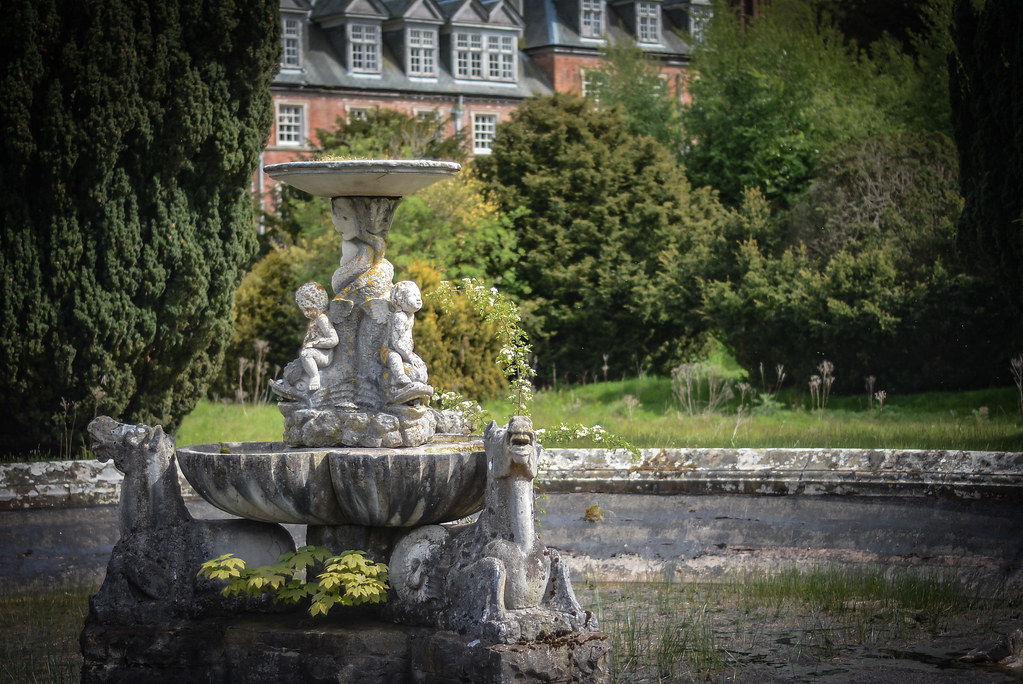 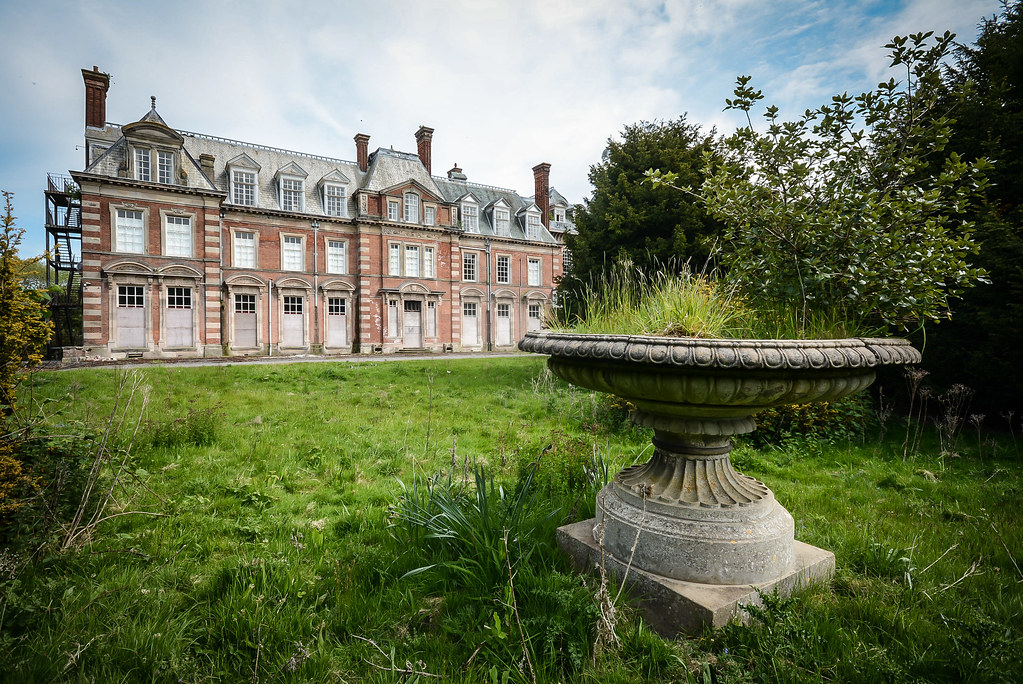 Regular User
Lovely images mate, its a nice building for sure, shame i couldnt make this one.

Regular User
That is really something man. I love the second to last shot

28DL Full Member
I liked it here a huge place was the funky voice alarm still turned on.
ㄥ丹∨工れ◯

Lavino said:
I liked it here a huge place was the funky voice alarm still turned on.
Click to expand...

Cheers everyone. Nah there was no funky voice or classical music mate
U

28DL Member
Holy moley! This place is something else. Great shots. Lots of eerie feels just looking at the place! :)

28DL Full Member
That's pretty nice that, cracking report from you there chap.

28DL Full Member
Mansionwise, that's my fave yet! What a beaut and great pix, thanks for that!

Regular User
Oh boy that 6 stair is the perfect skate spot but that hardwood floor deserves to be kept pristine. Moral dilemma.
Razorwire.rip