Regular User
Ahhhhh Fullers Earth I hear you cry. One of the longstanding industrial urbex dinosaurs of the UK that has been sitting in limbo for donkeys years and is still somehow clinging on, just.

Fullers Earth was the third location I ever explored on my first ever weekend of exploring nearly a decade ago - behind Hellingly Asylum and R.J. Grimes in Coulsdon. I visited it a handful of times between 2009 and 2011, the memory that will forever stick with me is visiting it in the pouring rain in the summer of 2010 and walking into the Redhill McDonald's with three inches of crap caked on the soles of my boots and mud all the way up my legs. During the latter half of 2010 the site began to be heavily targeted by graffiti artists (as it still is to this day) and it was then that the downward slide really began. Over the years since my last visit the weighbridge building, old slateless laboratory and stores/maintenance buildings have all been demolished, the larger admin/modern laboratory building was gutted in a huge fire, the giant dryers have had their metal casings almost totally removed, the warehouse half of the main factory had almost all of the roofing removed, nearly every way to the upper levels was cut off and a hoarding fence has sprung up around most of it.

So you could say it's changed rather a lot since my first visits. However I have always found it a rather photogenic rusting hulk and so as I was in the area at the weekend I thought what the hell, one last visit for old times sake. It was nice to say a proper goodbye to it, and I must say I don't think I've ever seen it so dry in there as even in the height of summer it used to still be a bit sticky and squelchy in places, dry as a bone at the moment and I came out without a speck of dust on me.

There is some fantastic graffiti in there now including a good number of pieces by Sterling and Gary Stranger which I was pleased to shoot. 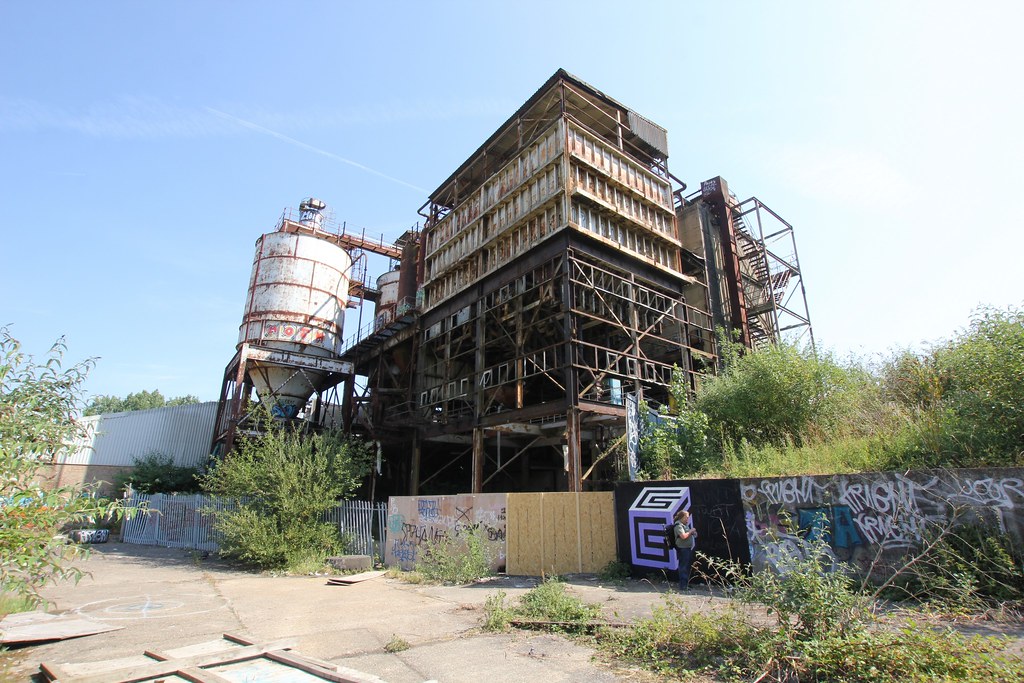 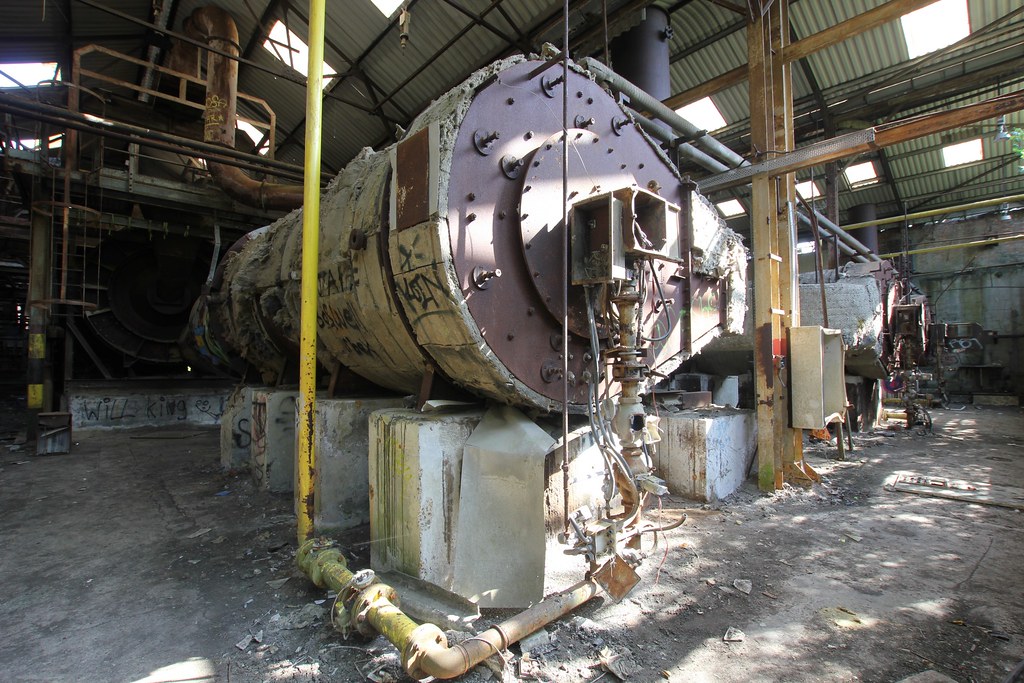 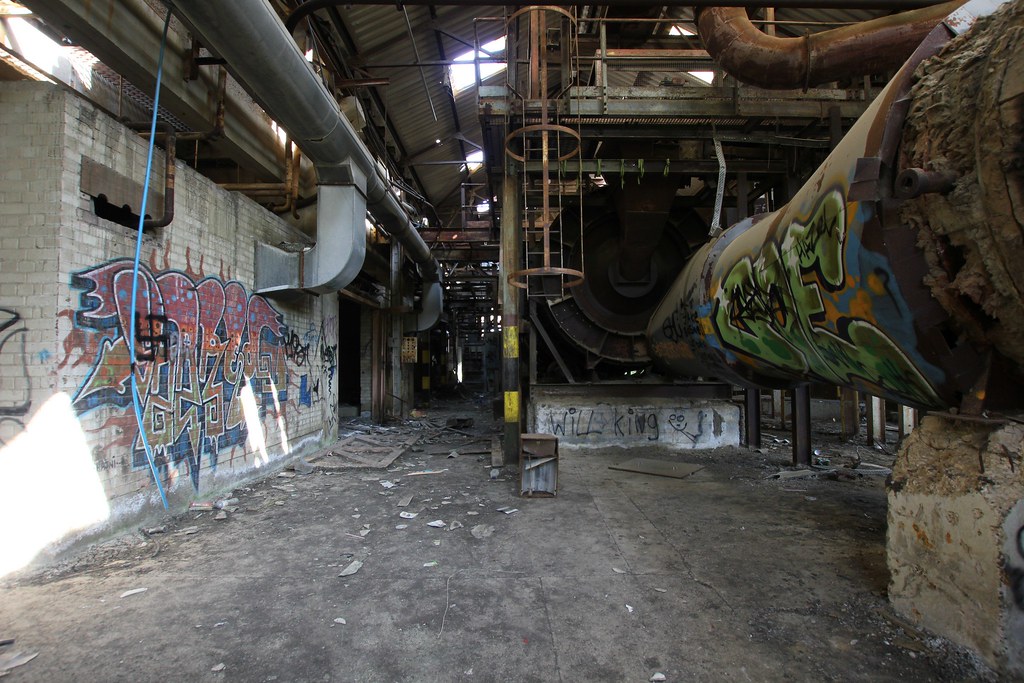 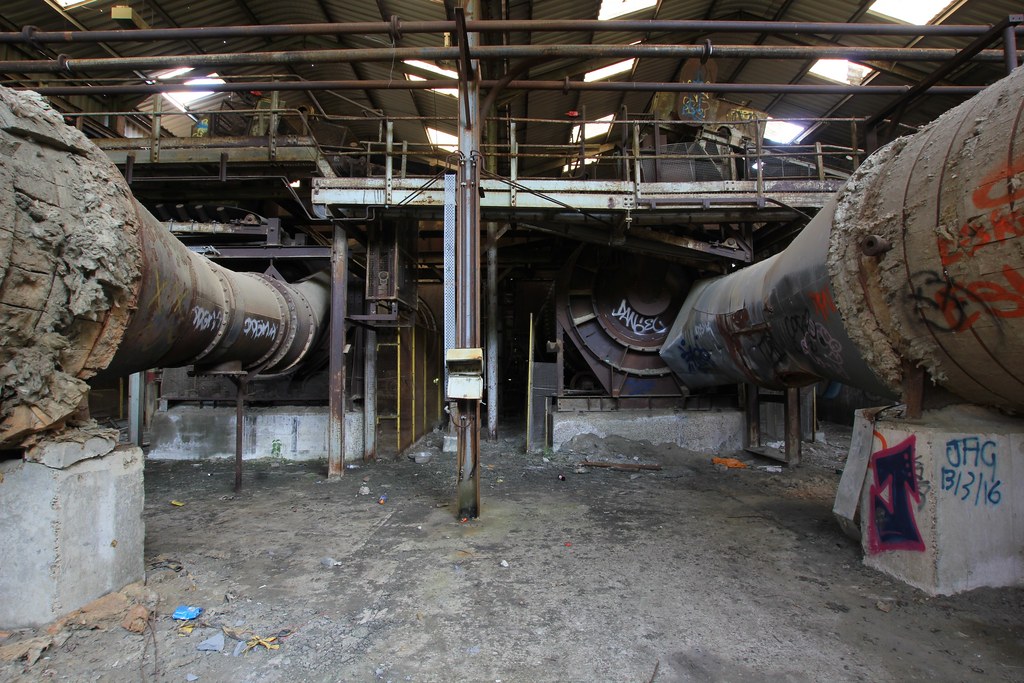 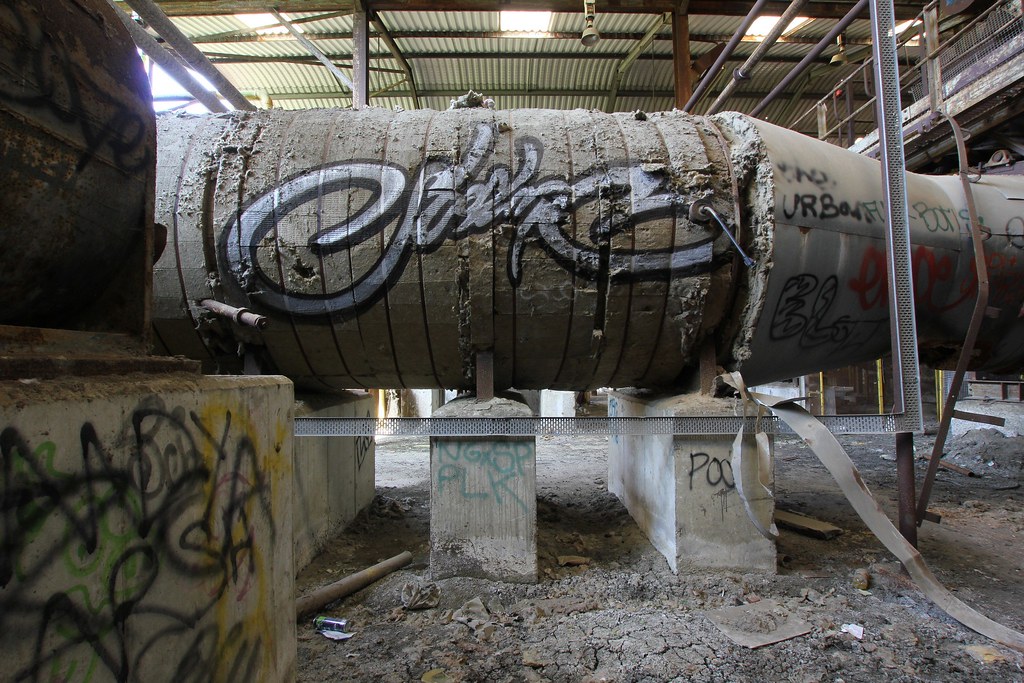 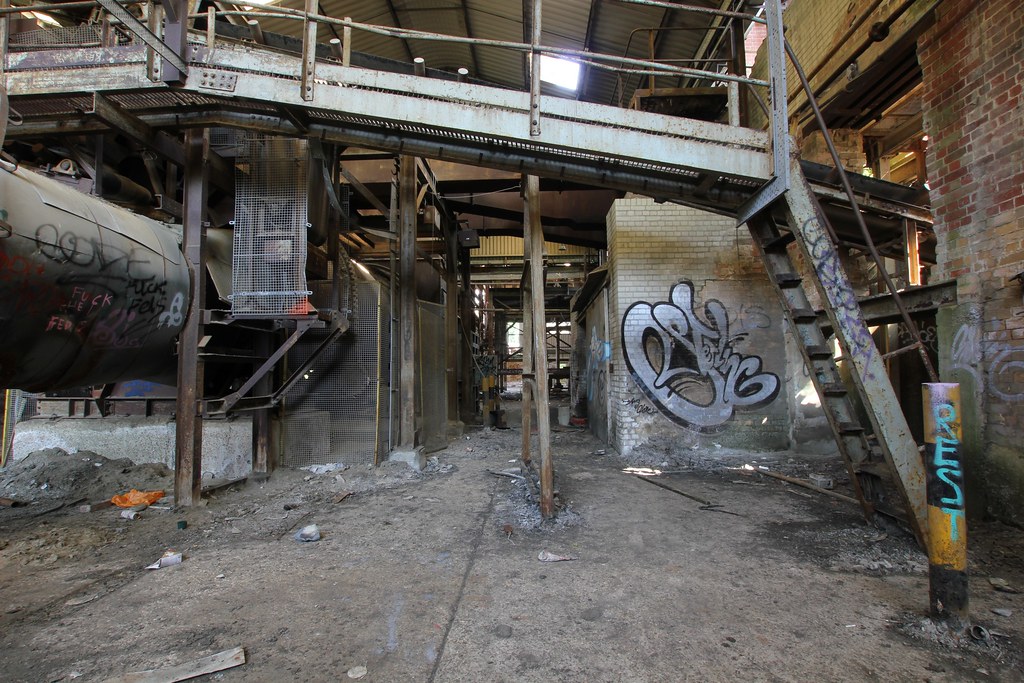 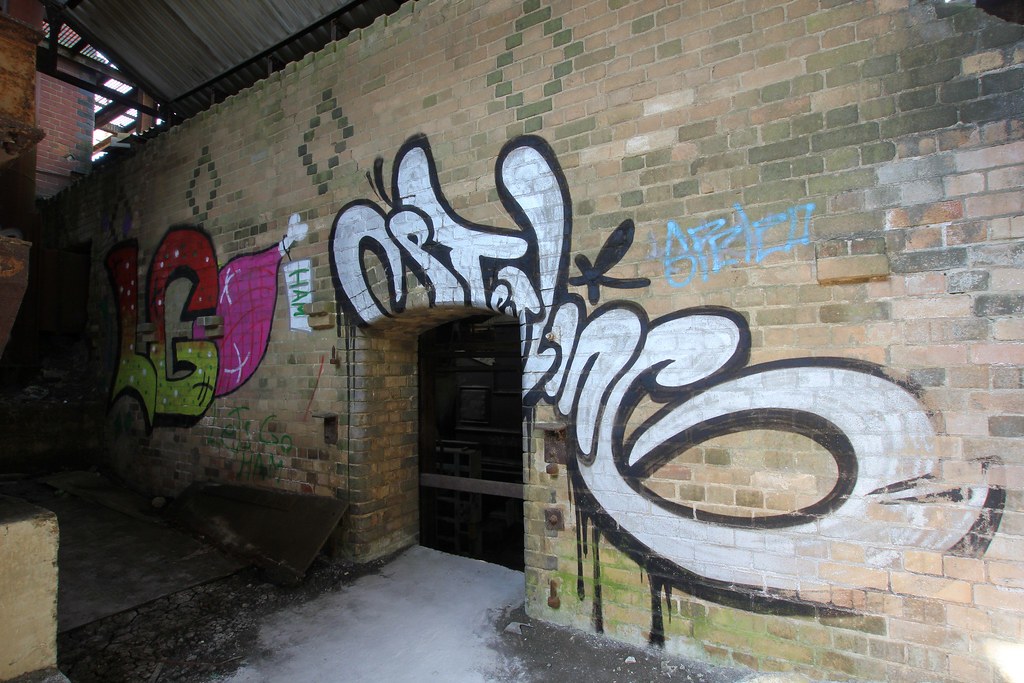 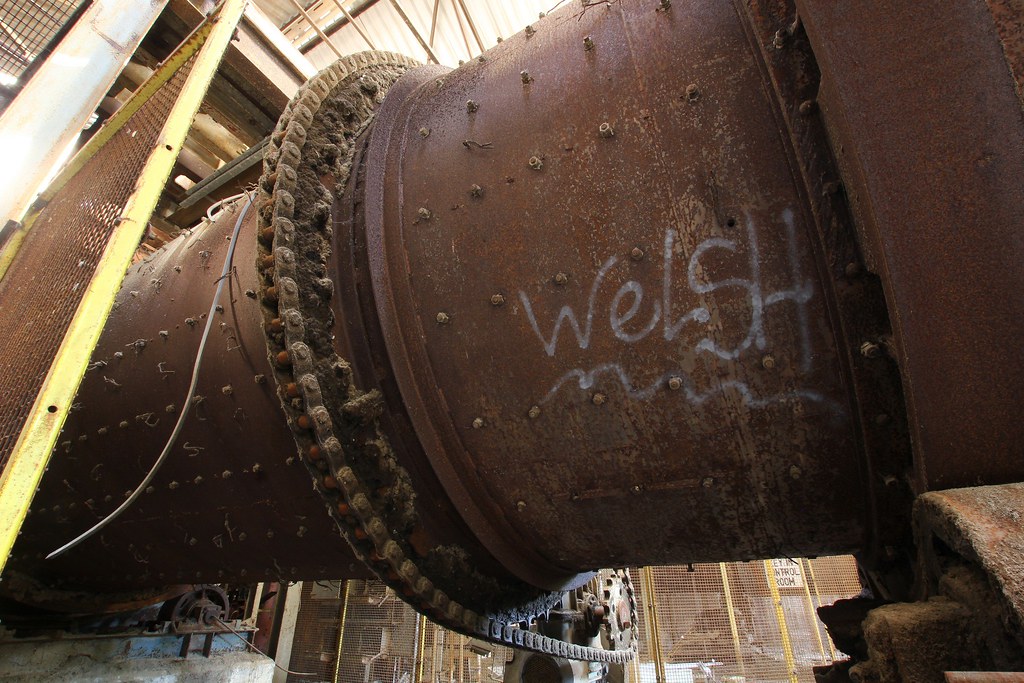 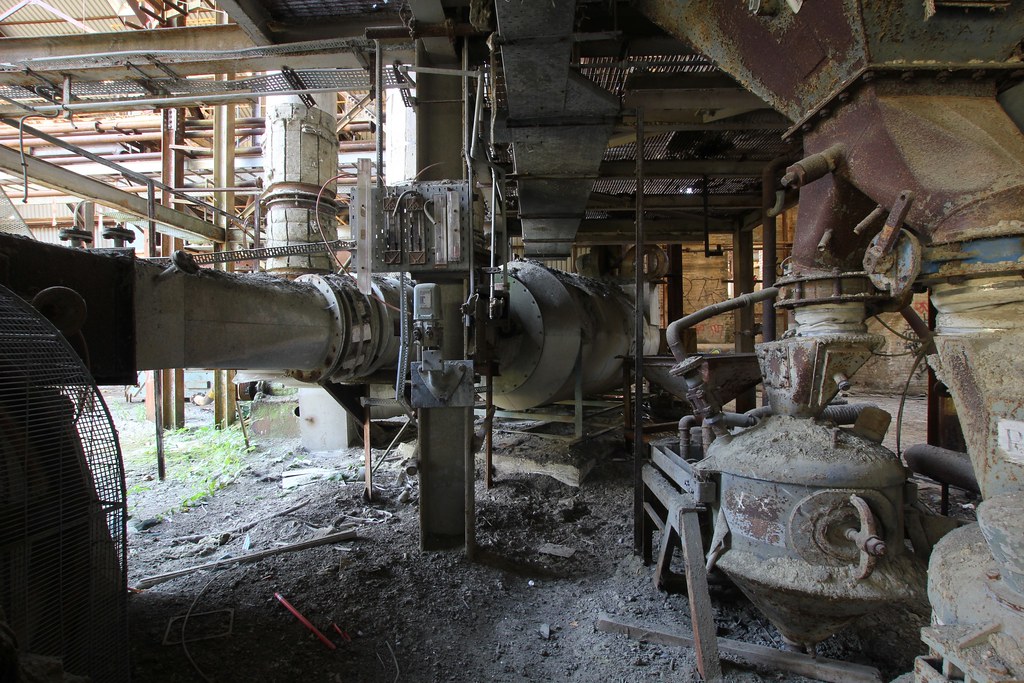 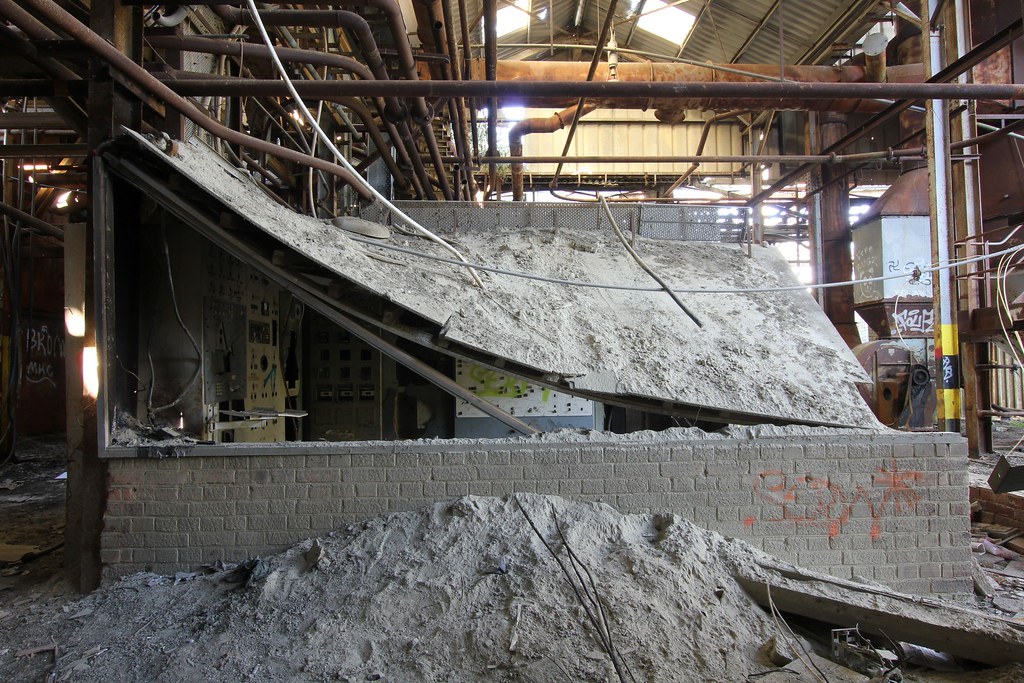 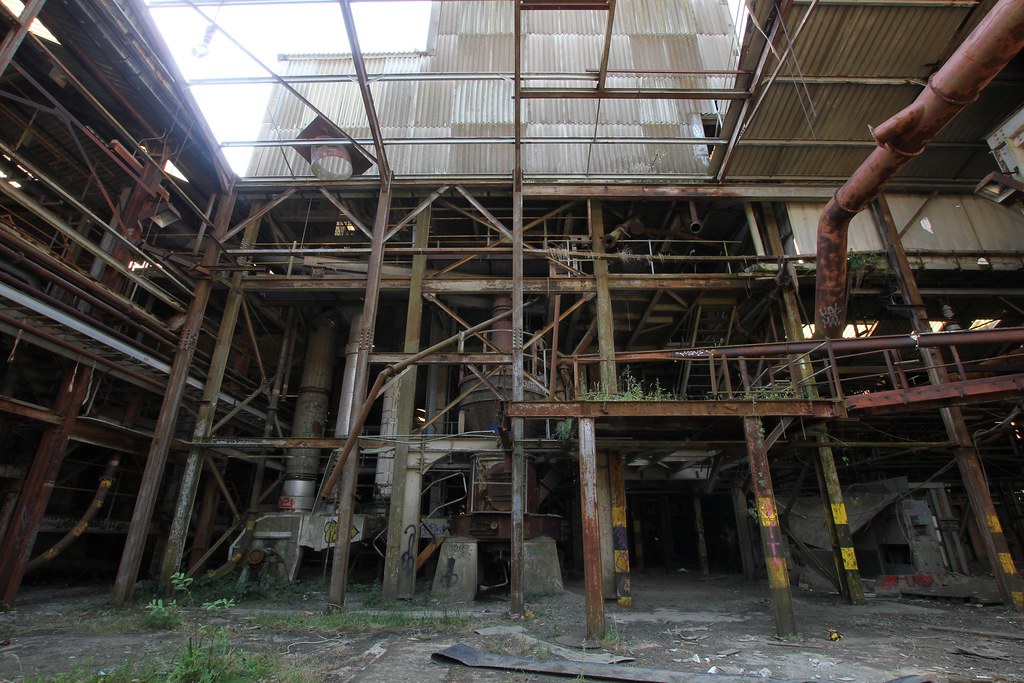 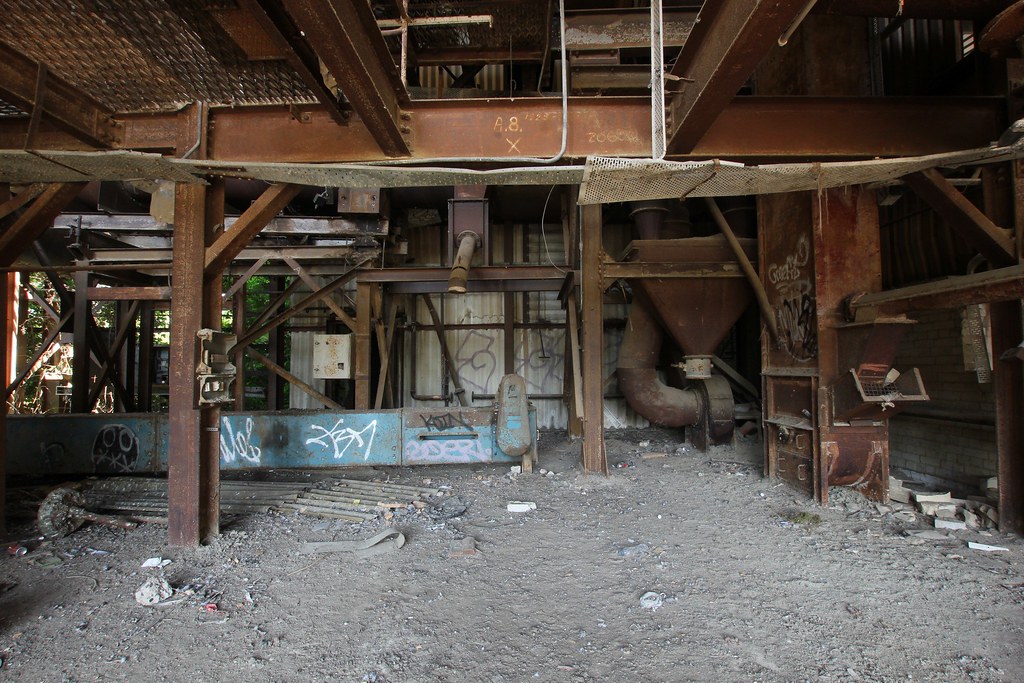 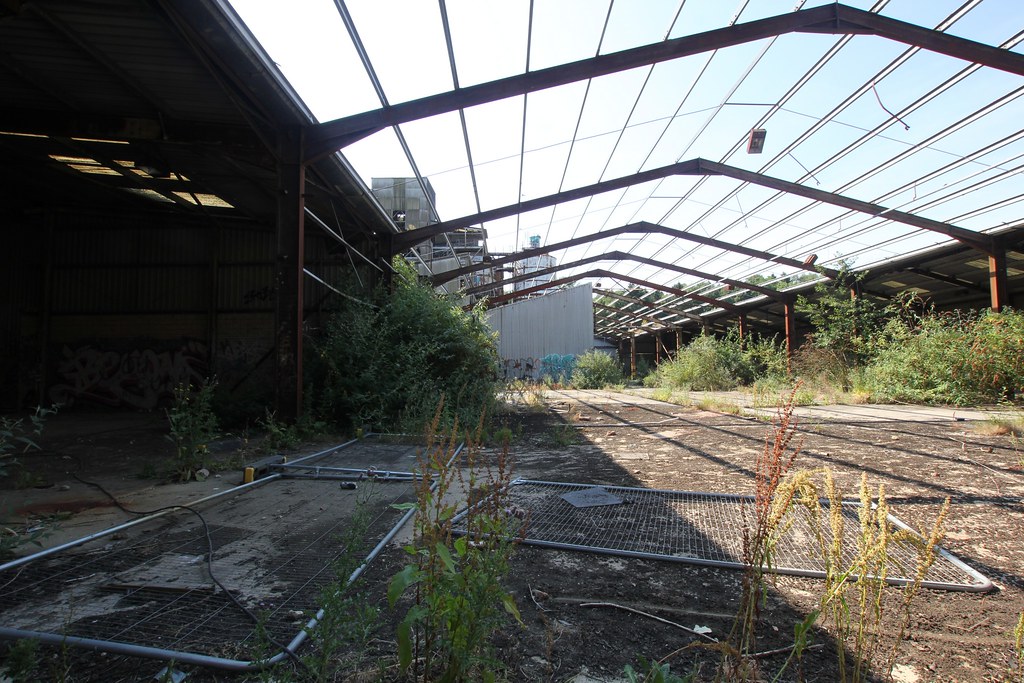 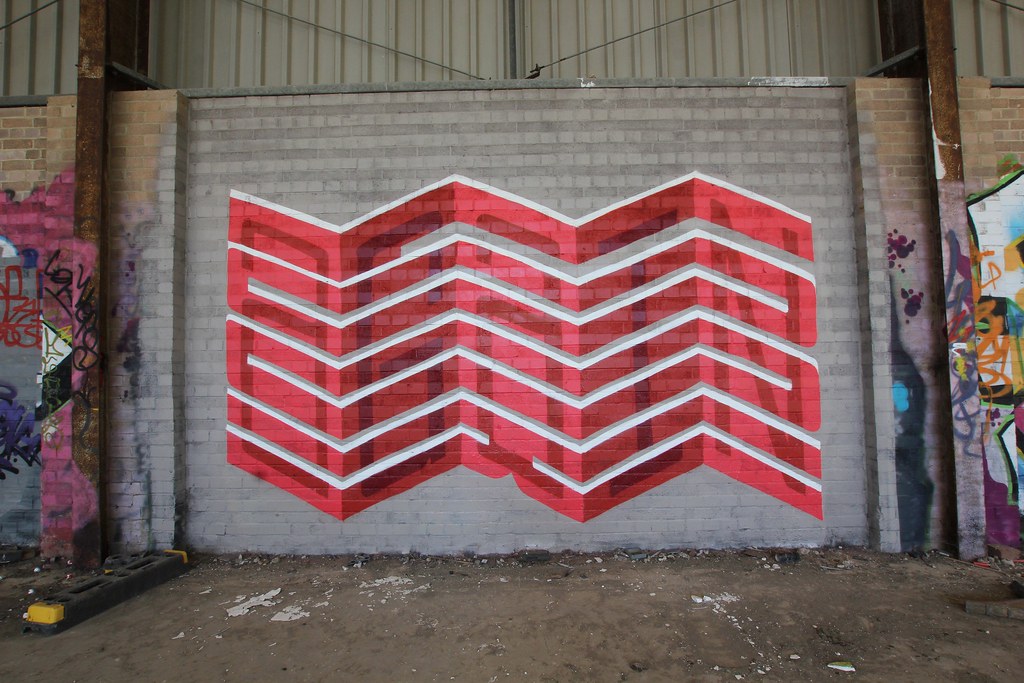 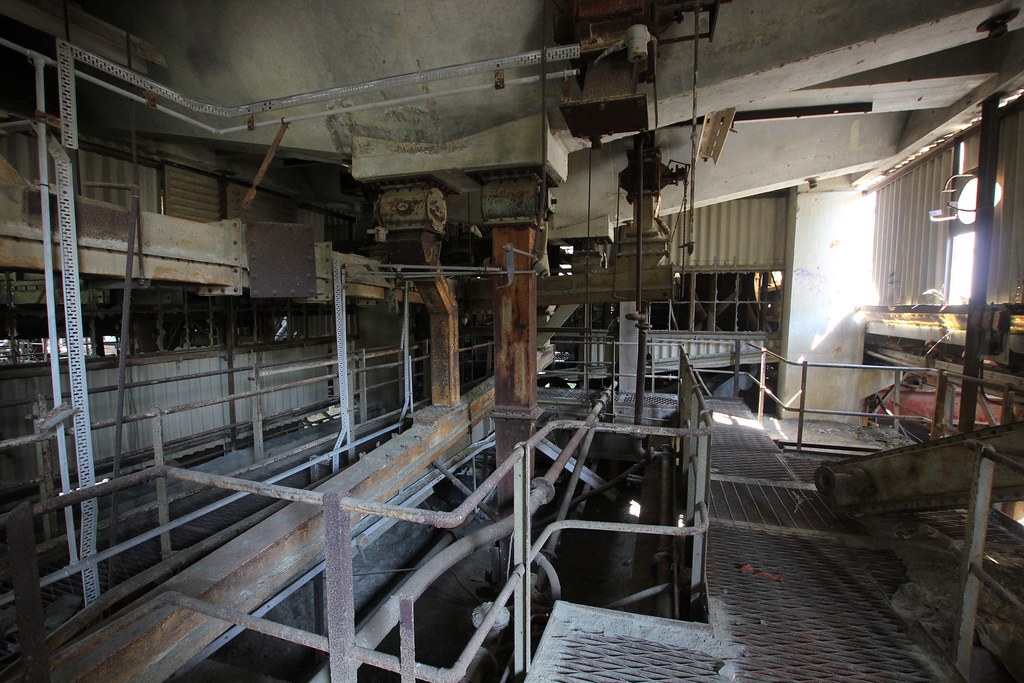 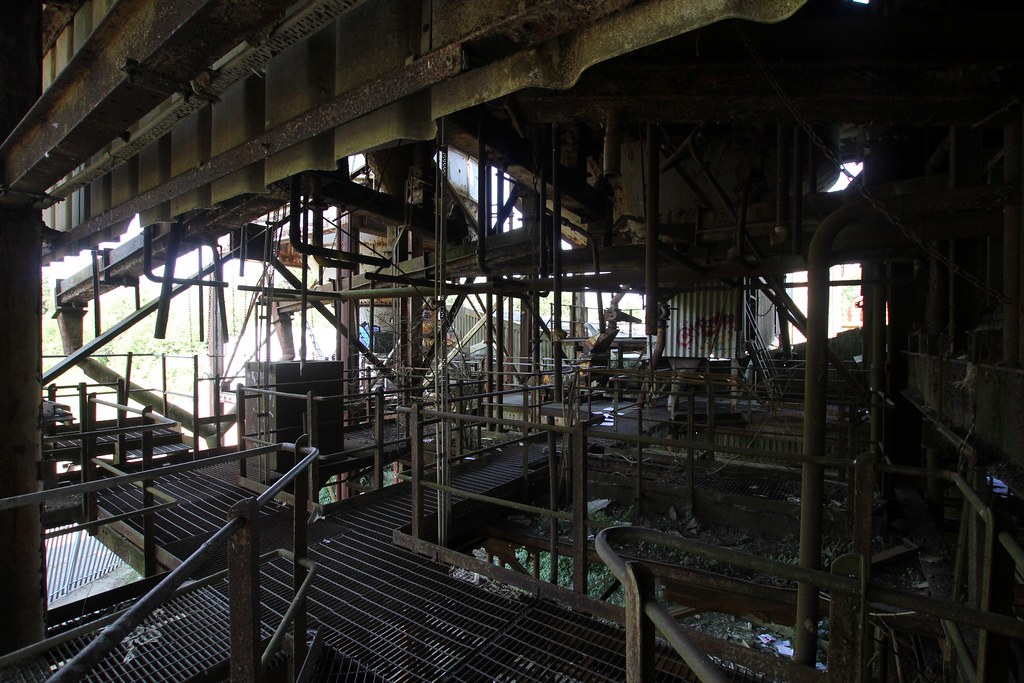 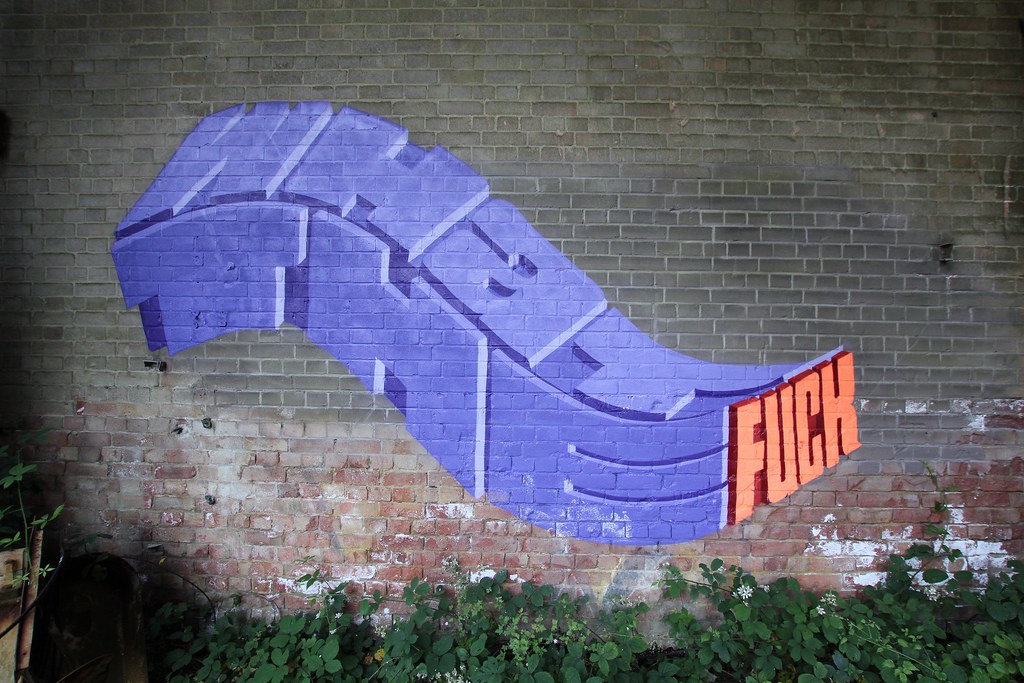 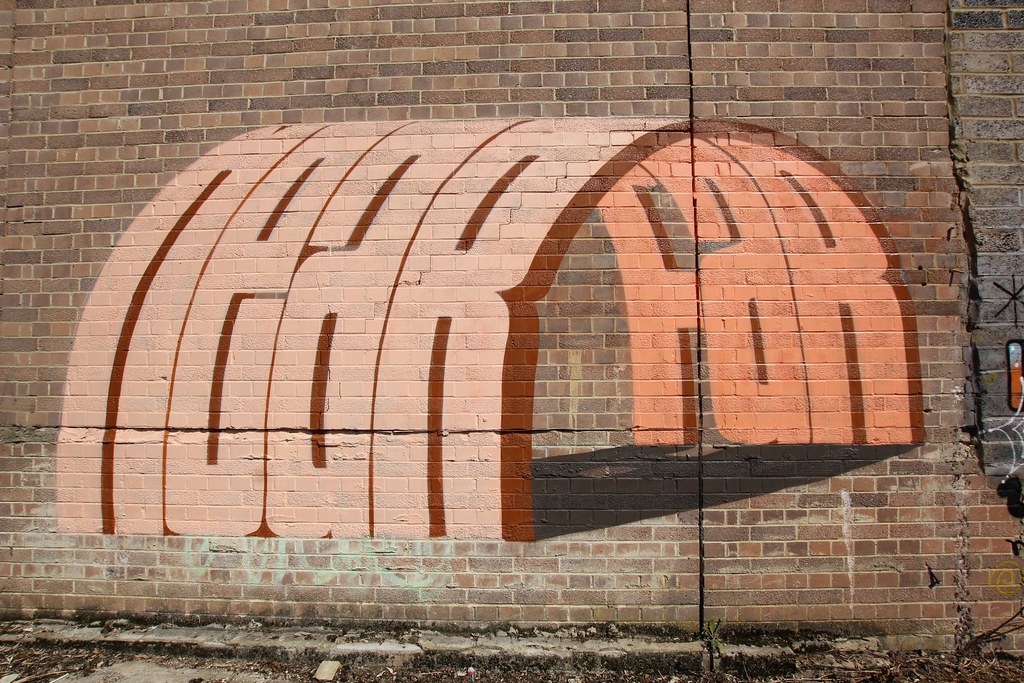 On a slightly sad note this explore is the last one I will shoot with my utterly indestructible tank of a camera that is my 550D, it's performed so much more than Canon possibly ever imagined in seven years of being chucked around dusty dirty derelict buildings and out in all weathers banger racing. It's the best thing I have ever owned but it's getting so very tired now it's finally time to say onwards and upwards.

28DL Full Member
GReat report to a fantastic site, also one of my first explores, visited frequently and it just gets worse and worse everytime i go, a real shame

28DL Full Member
great photos, i was there this morning and did wonder how much longer it'll be with us

28DL Full Member
some of the graffiti actually looks quite good, like the 'again' and 'near far' works, I normally hate graffiti as its usually just a defacing ugly mess but real artwork isn't so bad.

DaveFM said:
some of the graffiti actually looks quite good, like the 'again' and 'near far' works, I normally hate graffiti as its usually just a defacing ugly mess but real artwork isn't so bad.
Click to expand...

They are both pieces by Gary Stranger, he's a very clever talented artist. The first one you mentioned actually says 'look again', it took me a good couple of minutes staring at it to figure it out.
S

28DL Full Member
Love the graffiti photographed in these! Very clever, must be a talented chap!

Regular User
Good report mate. I really liked this place. It was a wreck and still is but I enjoyed that.

Some of that graffiti is great!
eating seeds is a pastime activity.