On the Grand Asylum Road Trip 2008 this was the first stop. It started an affair with the place that led me into most corners of it over a number of years. Had fellow 'splorers fall out with me a million times and brought home some fantastic pics. The place was always regarded as one of the tight places, one where you didnt get round much of it before setting off the alarm and getting chased by the Security guys who were in the building with you all the time. Sometimes even their dogs were sniffing you out. My way in remained accessible for everything but the last visit.

Now the site has been redeveloped into Moor Park - a very swanky housing estate. It is very nice to see that the main hall in my pics has been retained and the beautiful wooden beams that made up "Starkie Hall" have been retained as well. A majestic building standing proud on the verge of the M6 motorway, on the outskirts of Lancaster, I hope you see why I just had to keep returning. 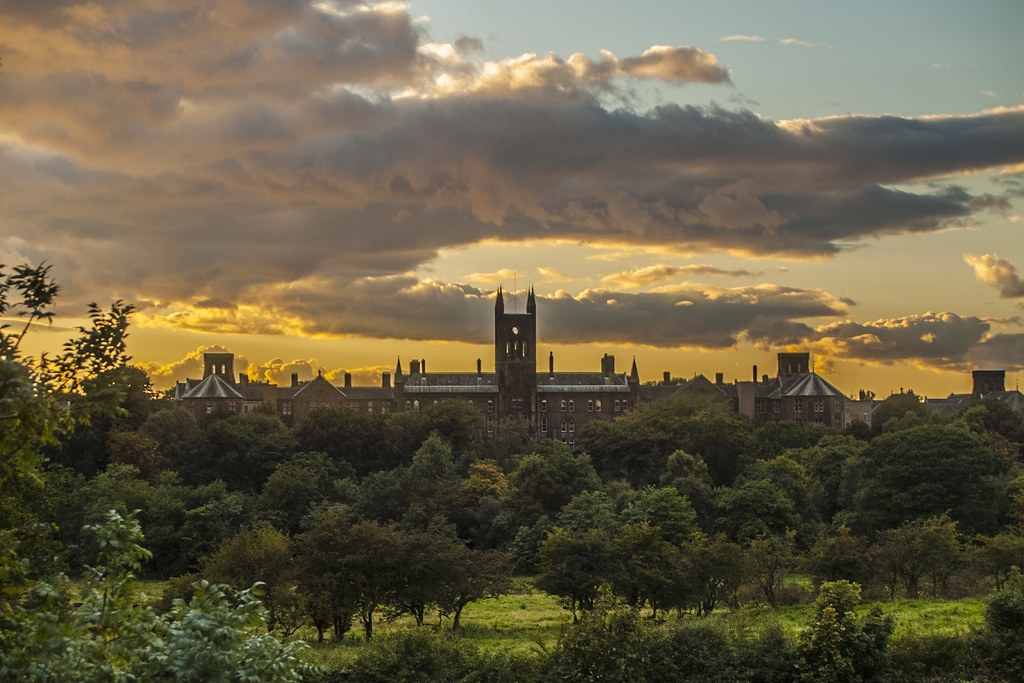 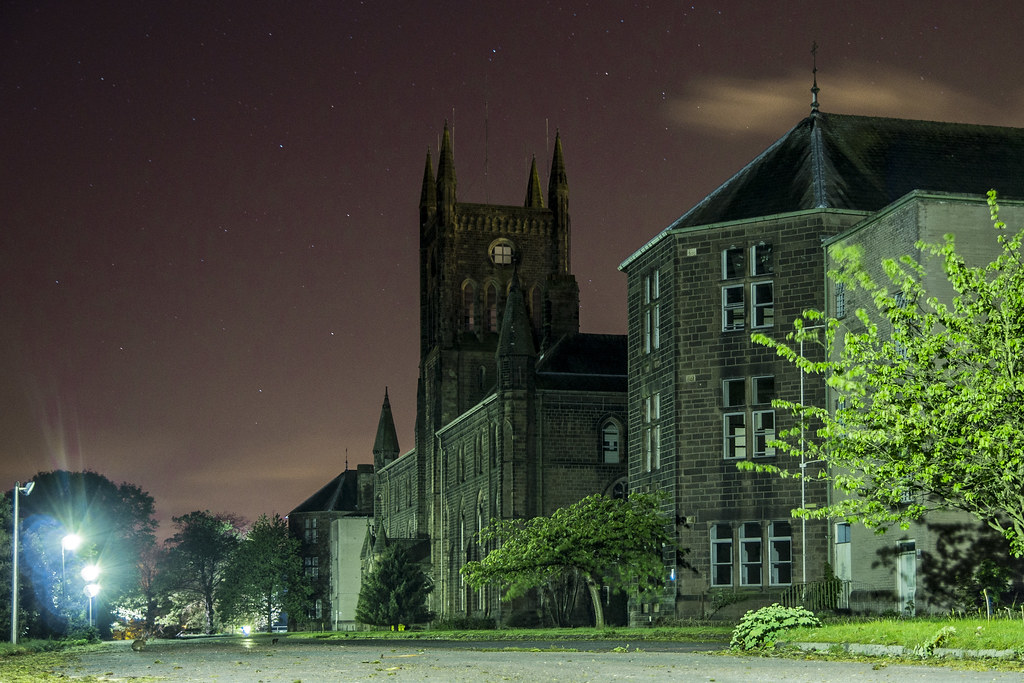 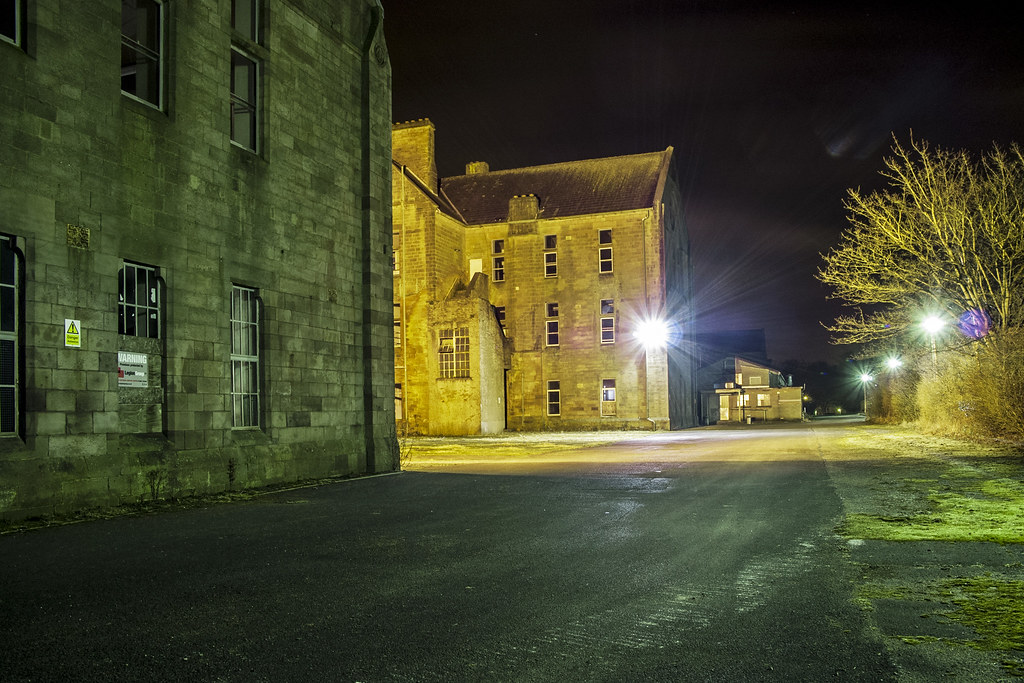 And into the beast 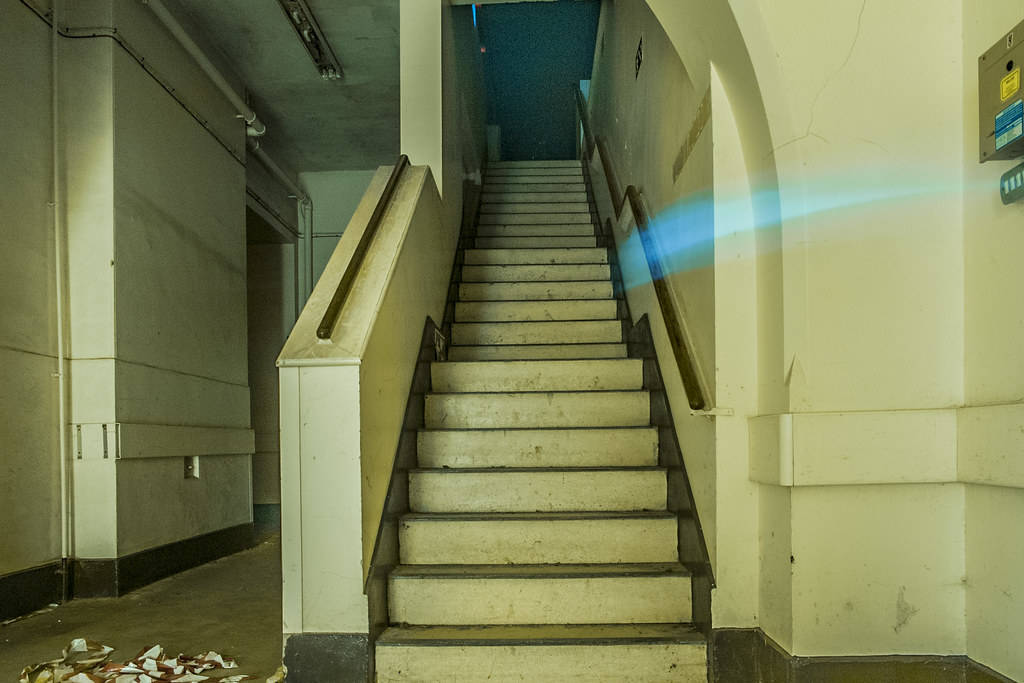 To the small operating theatre 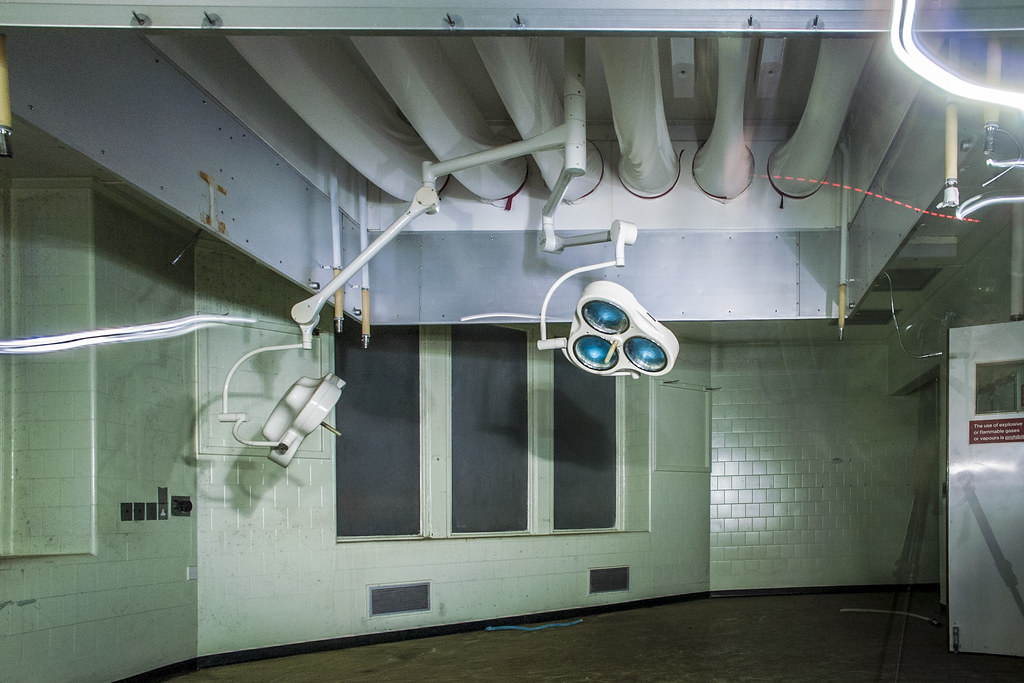 To the maze of corridors, including this mural corridor 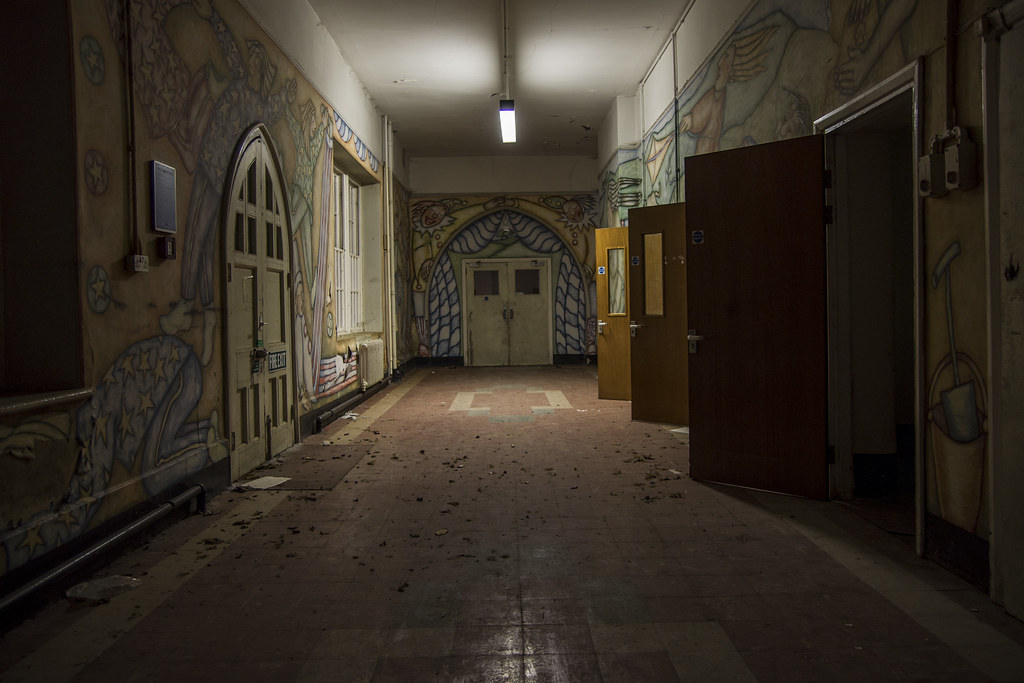 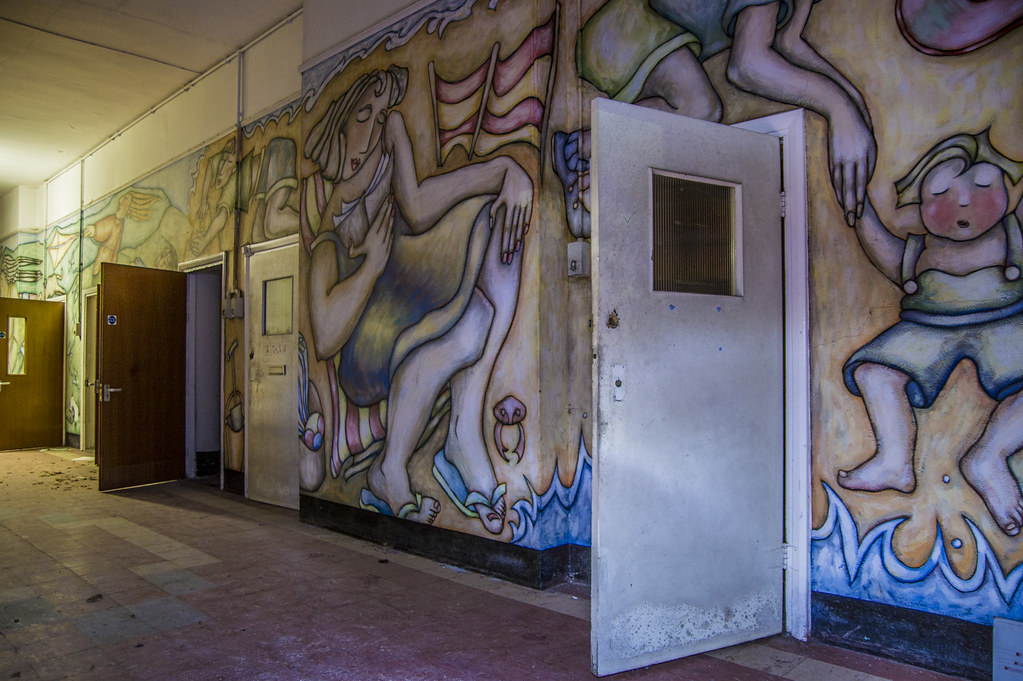 Every corridor had these beautiful arches to match the exterior 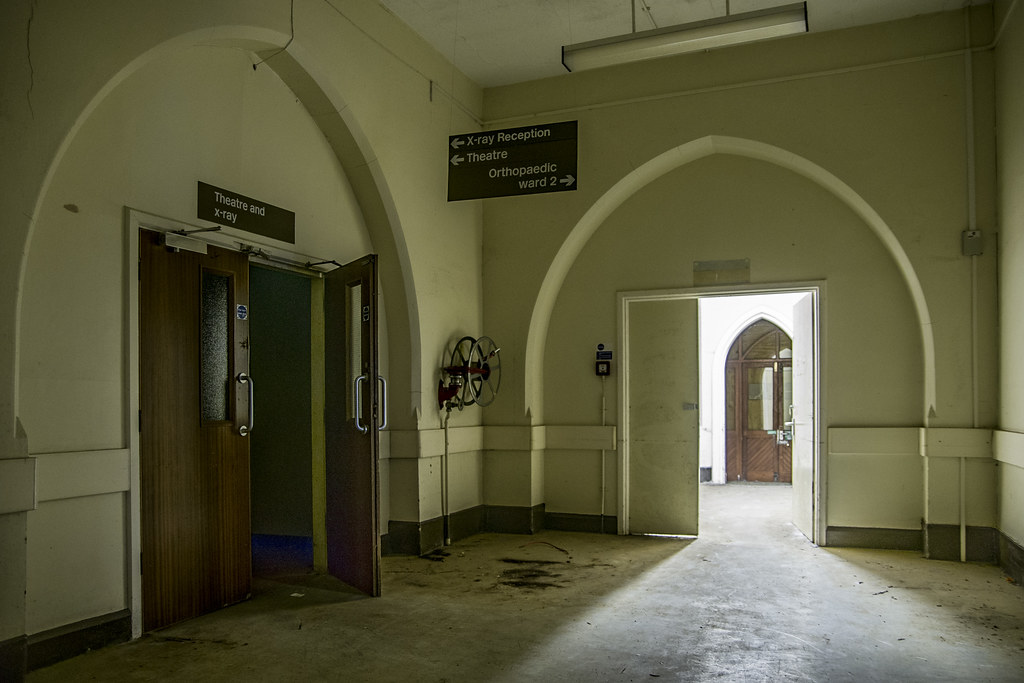 Except the main admin one 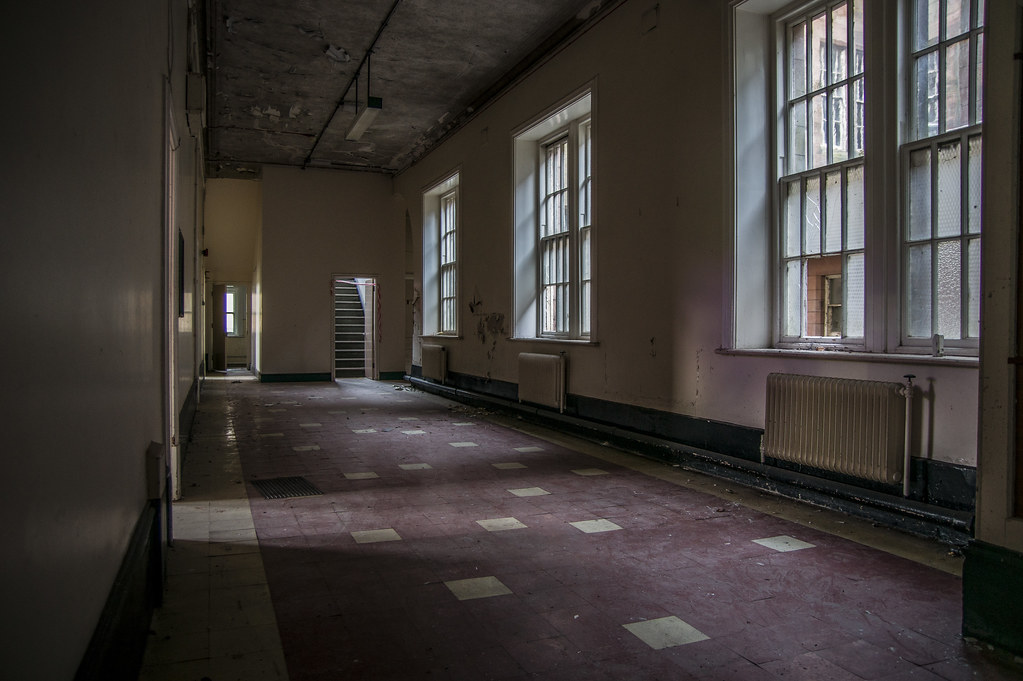 But it had this lovely entrance foyer 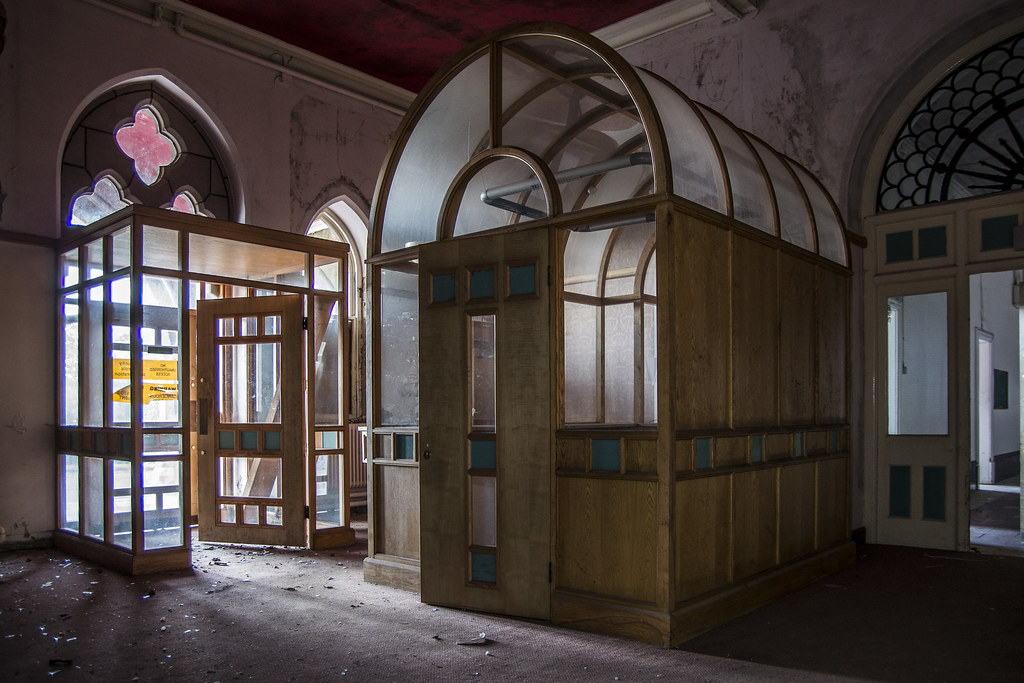 Now we move on, to Starkie Hall - the main hall of the Annexe. This (if it wasnt for the suspended ceiling) would have been one of the finest aslum halls of them all. Absolutely gorgeous, but retrofitted with silly insulation panels :'(

This is a drawing of it in the olden days 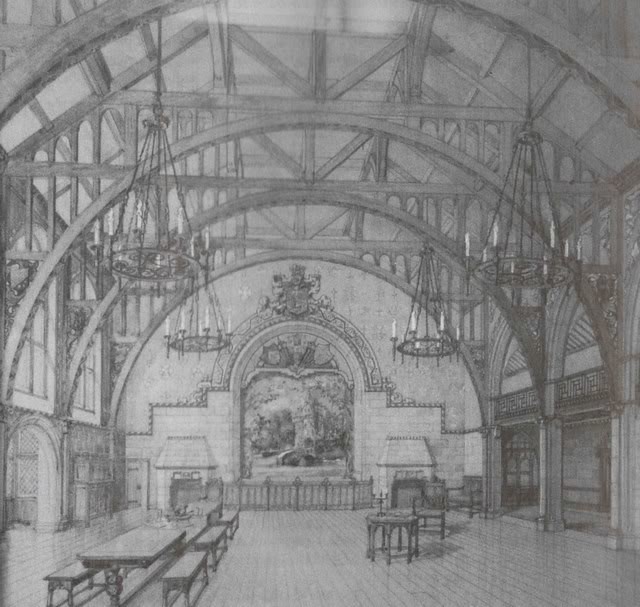 And the same view, but with suspended ceiling 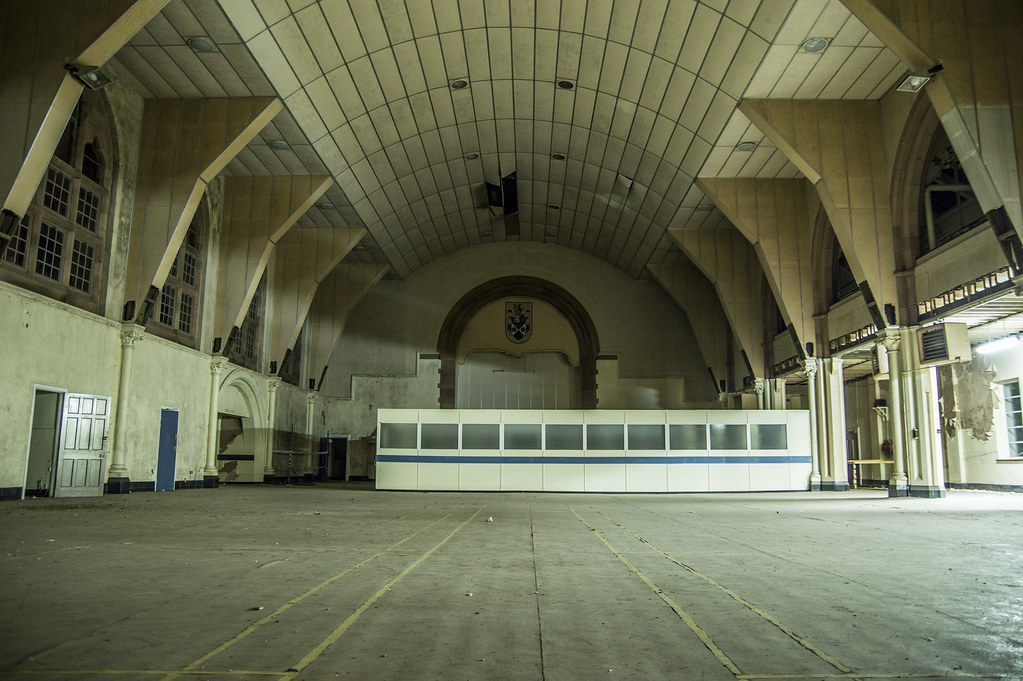 And how it looks now 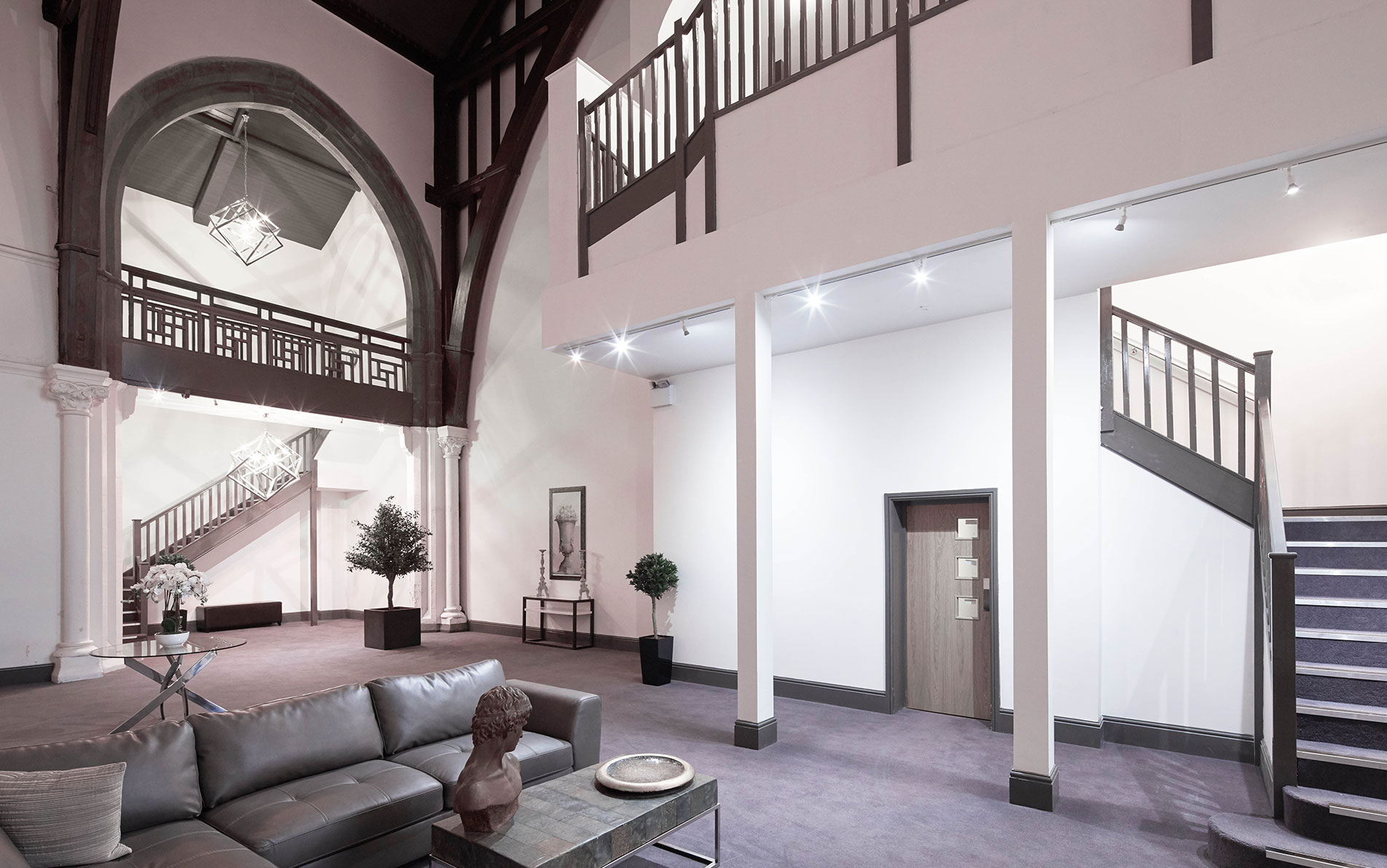 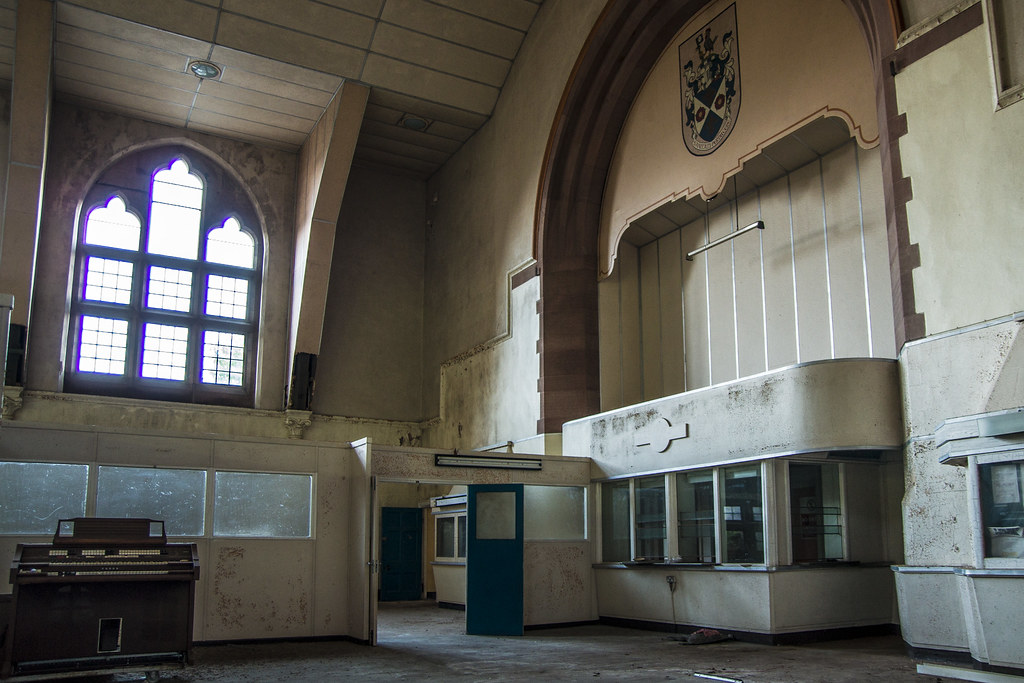 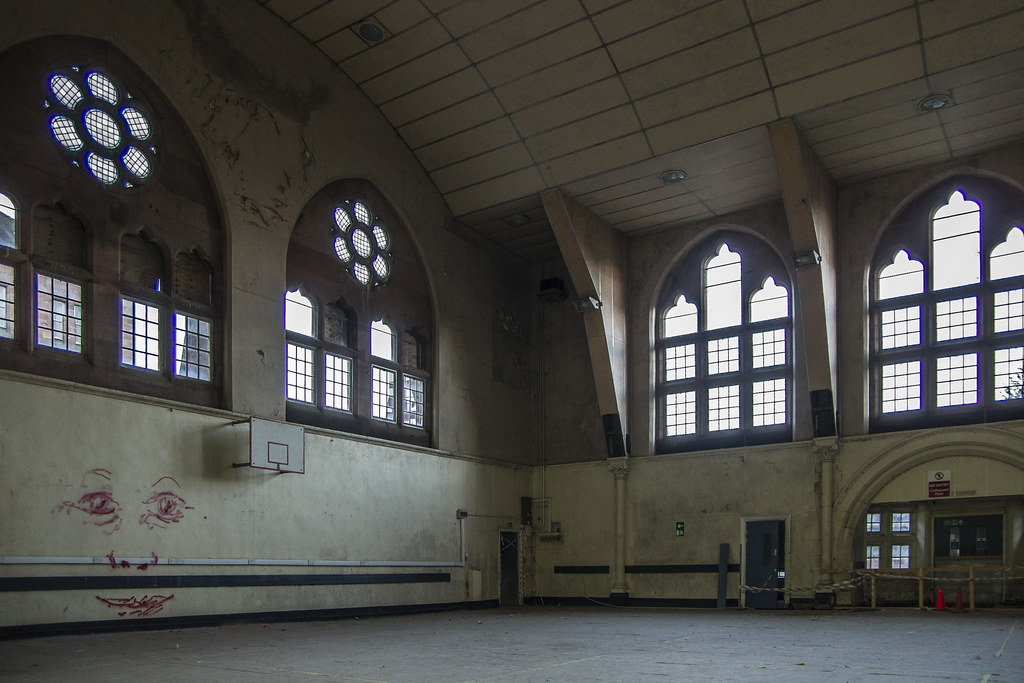 A few titbits lying around 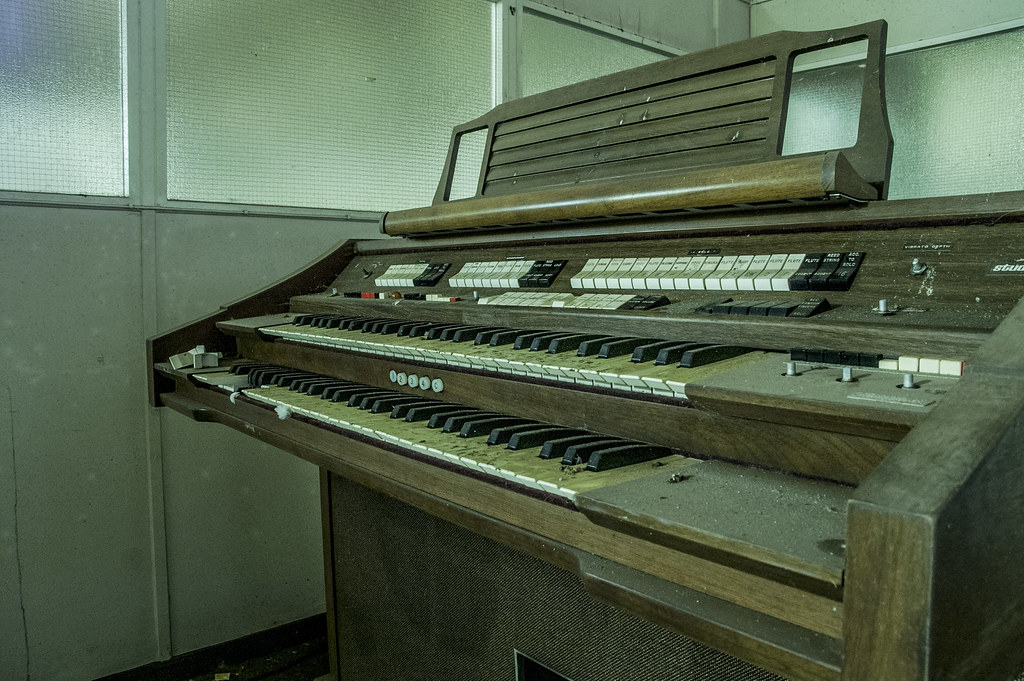 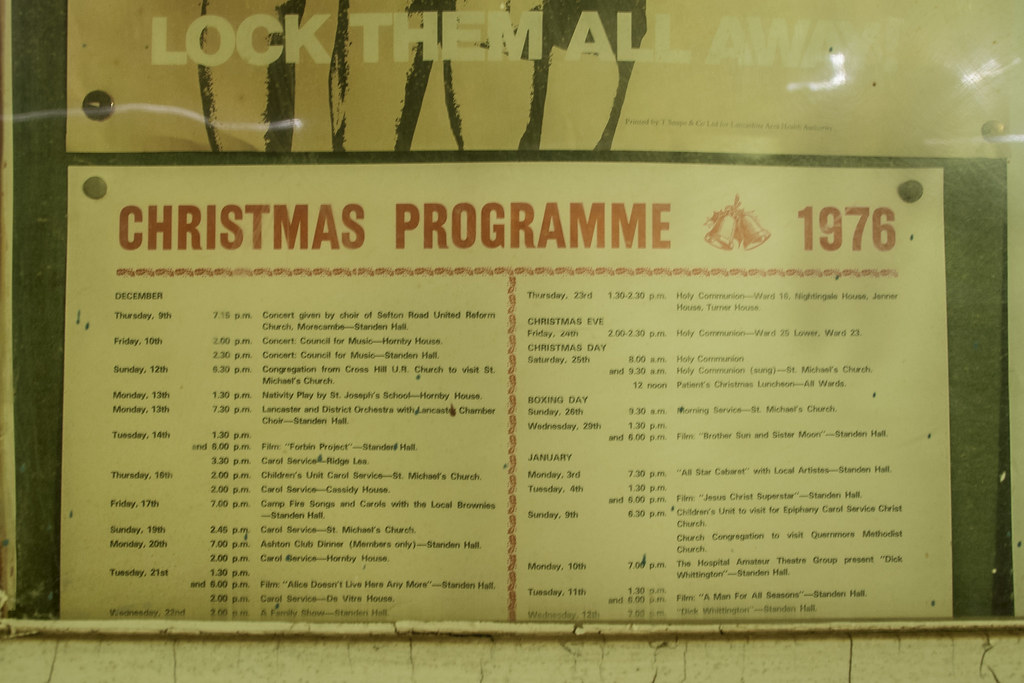 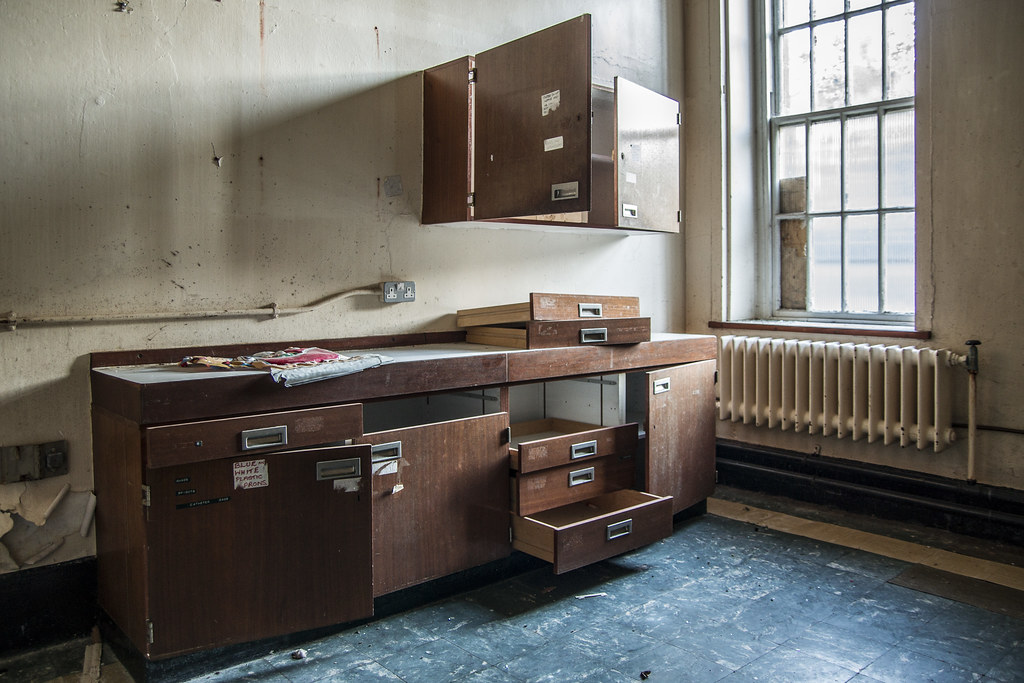 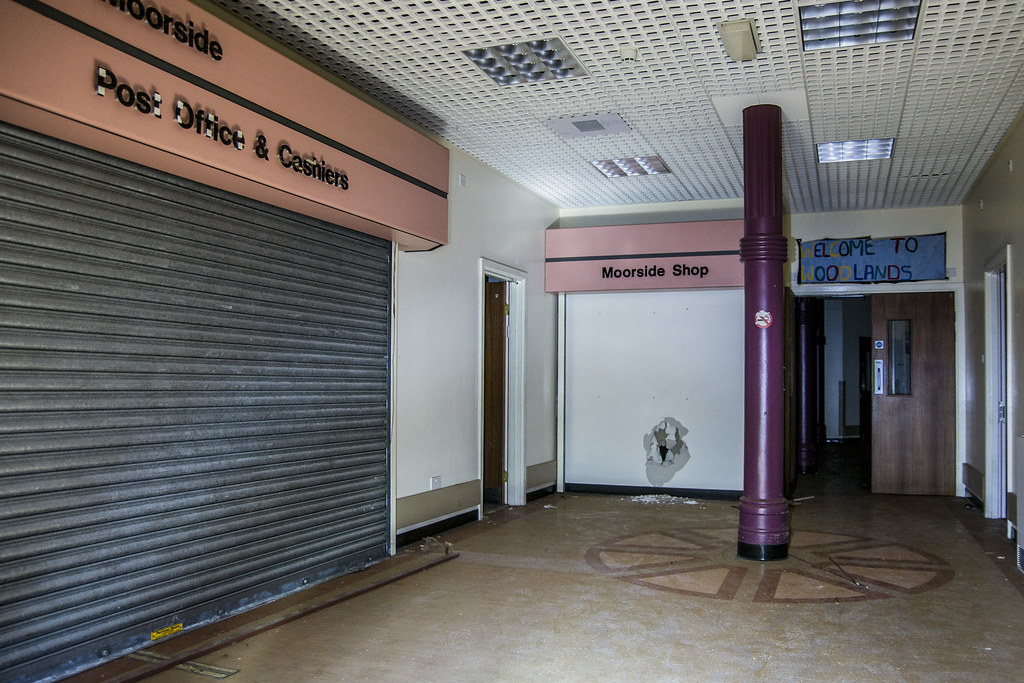 Before moving up the tower 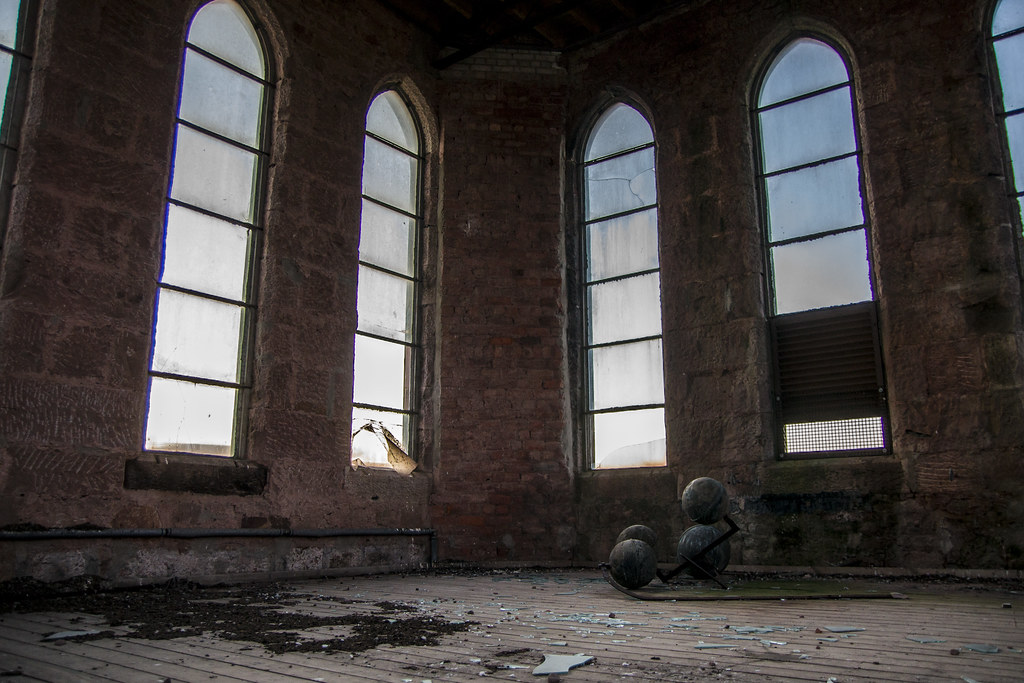 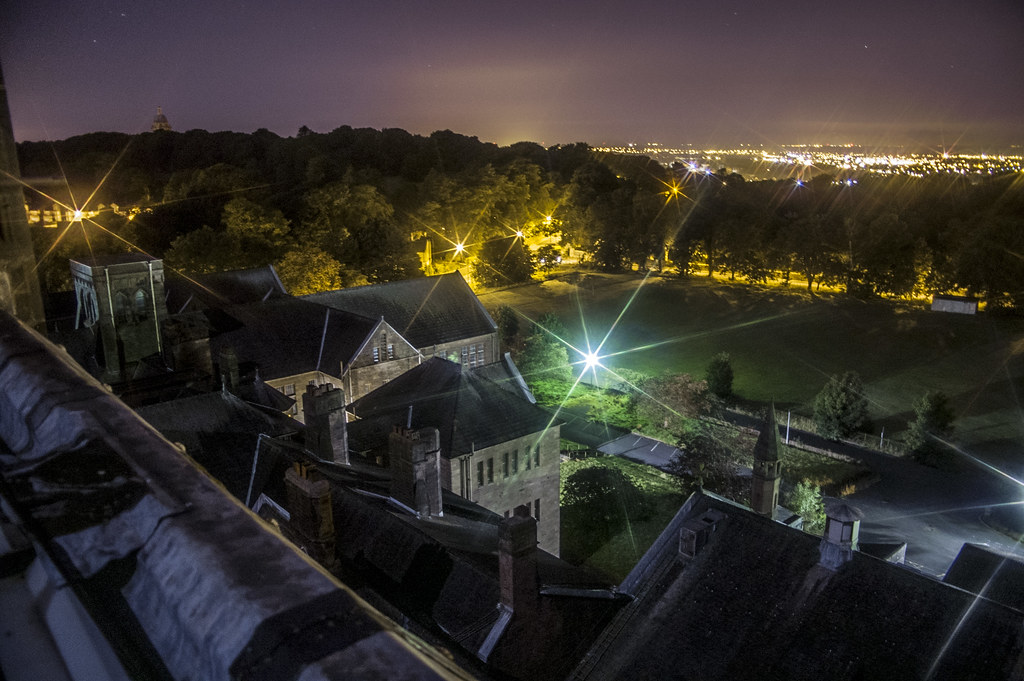 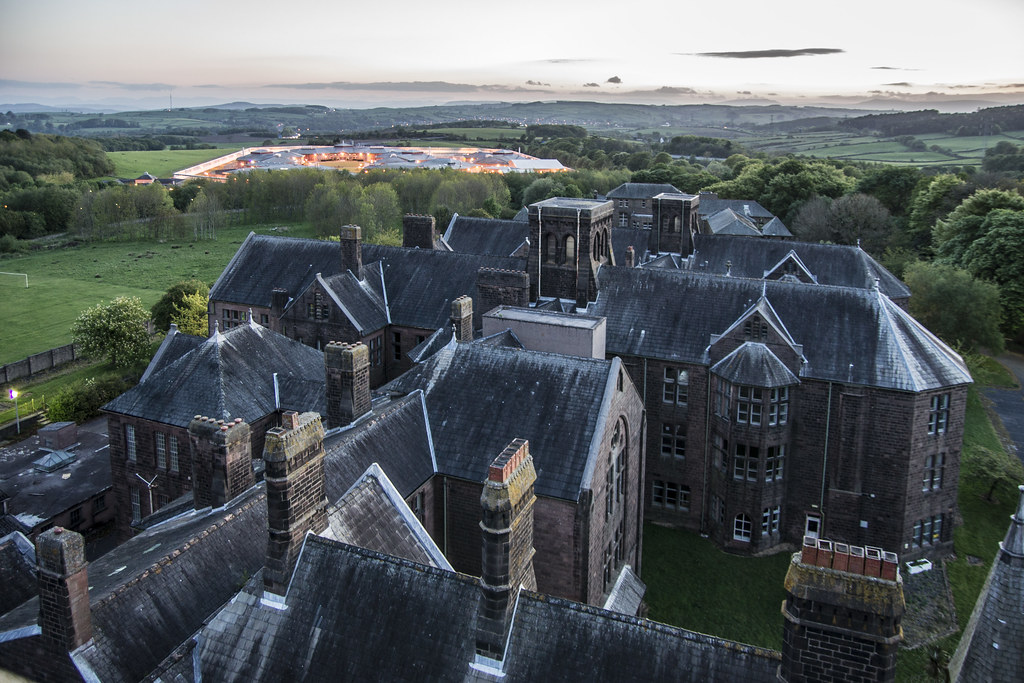 A few externals to complete the bill 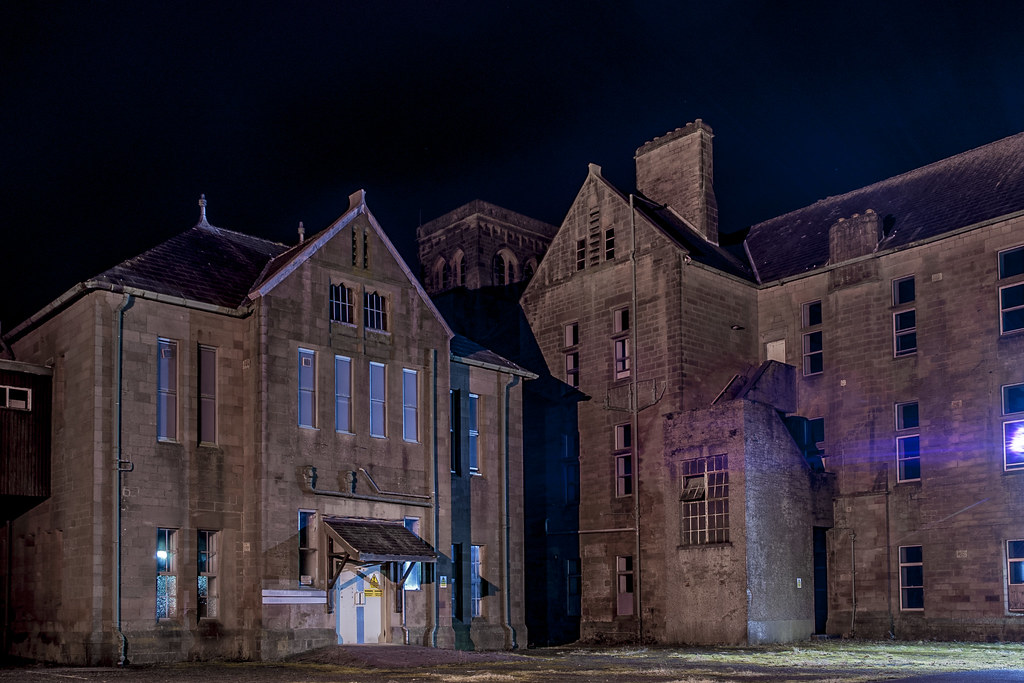 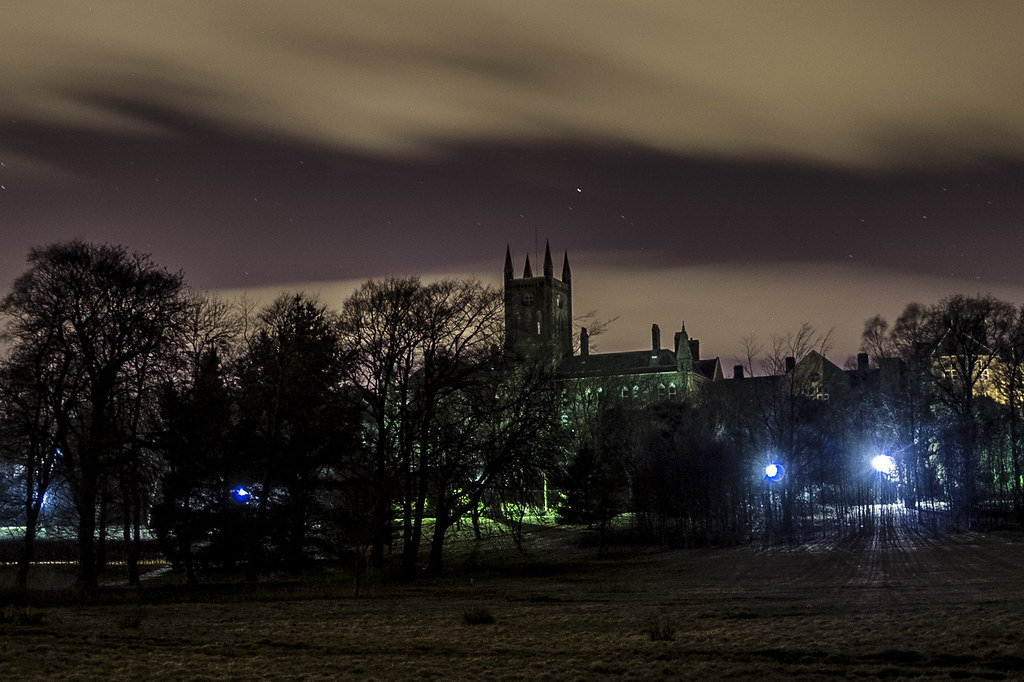 Hope you enjoy as much as I did.

Staff member
Admin
Decent that not many people got to see this place in it's prime, thanks for sharing

Regular User
Never did find the padded cell thou

Remember that time you were there till about 4am after we'd been in Bradford perhaps? Savage.
Website: www.whateversleft.co.uk - County Asylums: www.countyasylums.co.uk​

Regular User
Quality stuff there! Those are some really nice photos indeed.

I never had much success with this one, just a quick passing visit on the way home from somewhere else.
http://www.ravenwing93.co.uk

28DL Full Member
I always enjoyed reading your exploits at this place back in the day, great to see it again!

Staff member
Moderator
Wow this place was awesome! Nice to see this getting posted
My Website -> Behind Closed Doors

28DL Full Member
Beautiful set of photos that, one I would have loved to have seen myself. Brilliant post!

28DL Full Member
That's a cracking set there and some stuff I'd never seen before... never even knew about the post office/shop - if it wasn't for the decorative column I wouldn't have believed it was the same building. Nice to see.